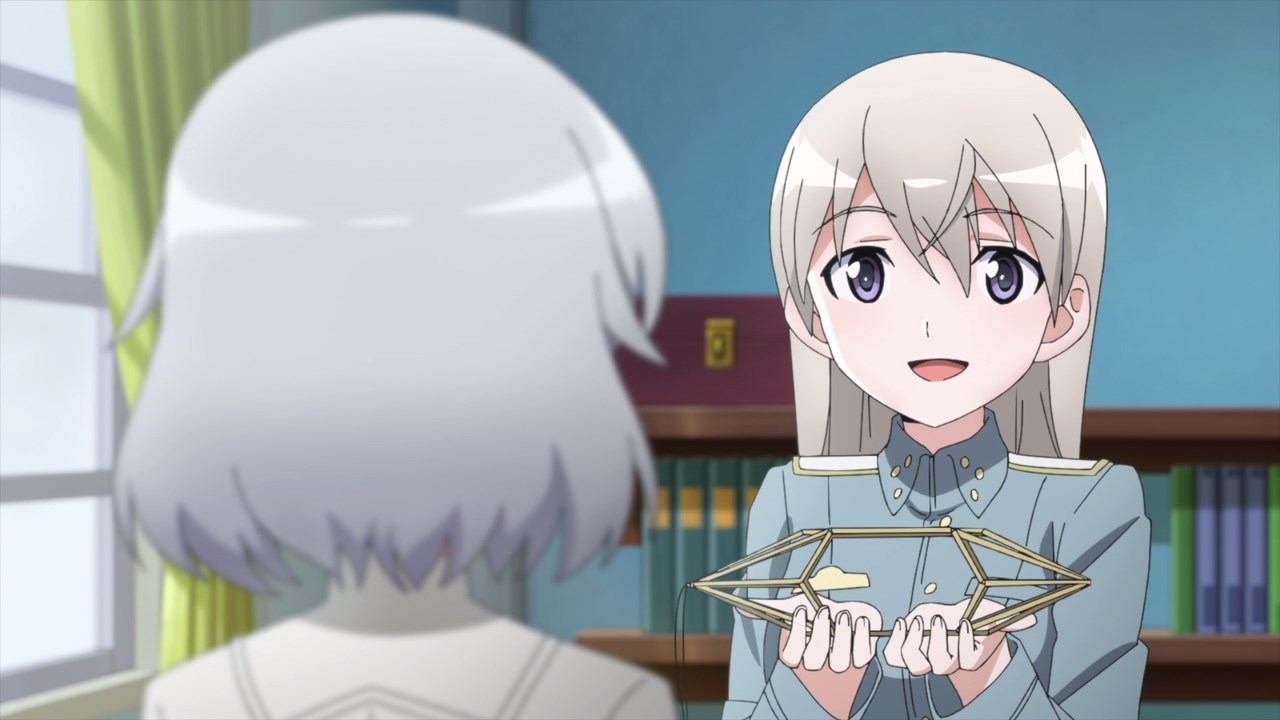 Oh look, it’s Eila Ilmatar Juutilainen where she made a himmeli for the upcoming Saturnus Festival, which is similar to Christmas but instead of celebrating the birth of Jesus Chirst, it centers around the Roman god Saturn.

And really, I feel that it’s the 2nd time the World Witches Series got an episode based on the Saturnus Festival. 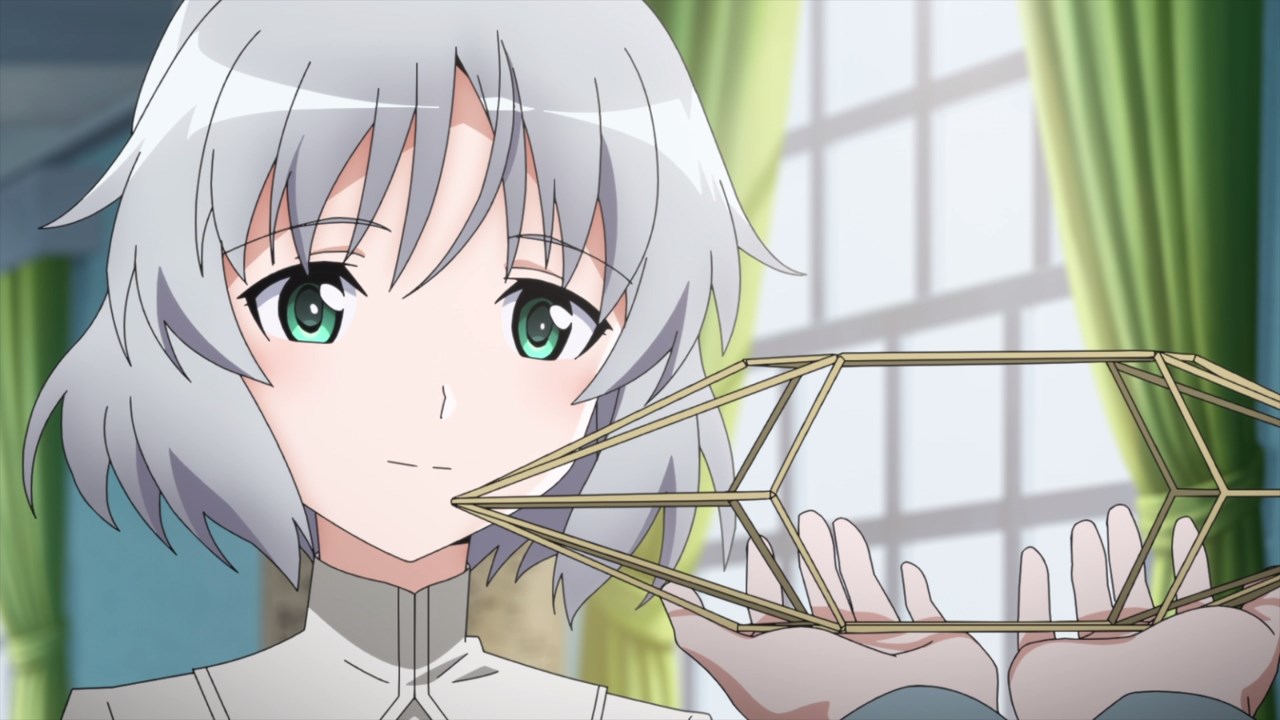 In any case, Sanya V. Litvyak found Eila’s himmeli very cute but she has no time to appreciate her hand-made decorations as they have another mission to tackle with. 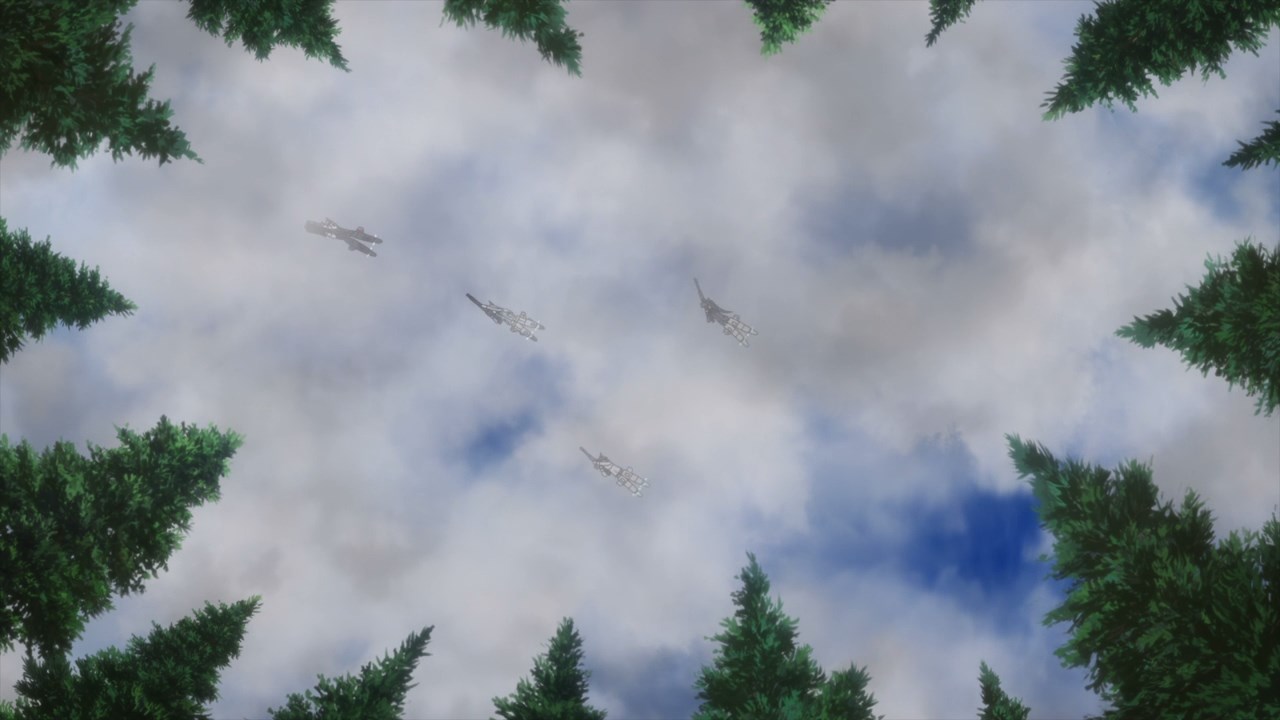 So remember the time Gertrud Barkhorn and Erica Hartmann went to Kiel and destroy a Neuroi there? Well, there’s more of them but this time, it appears that Kiel is being surrounded by this thick fog. 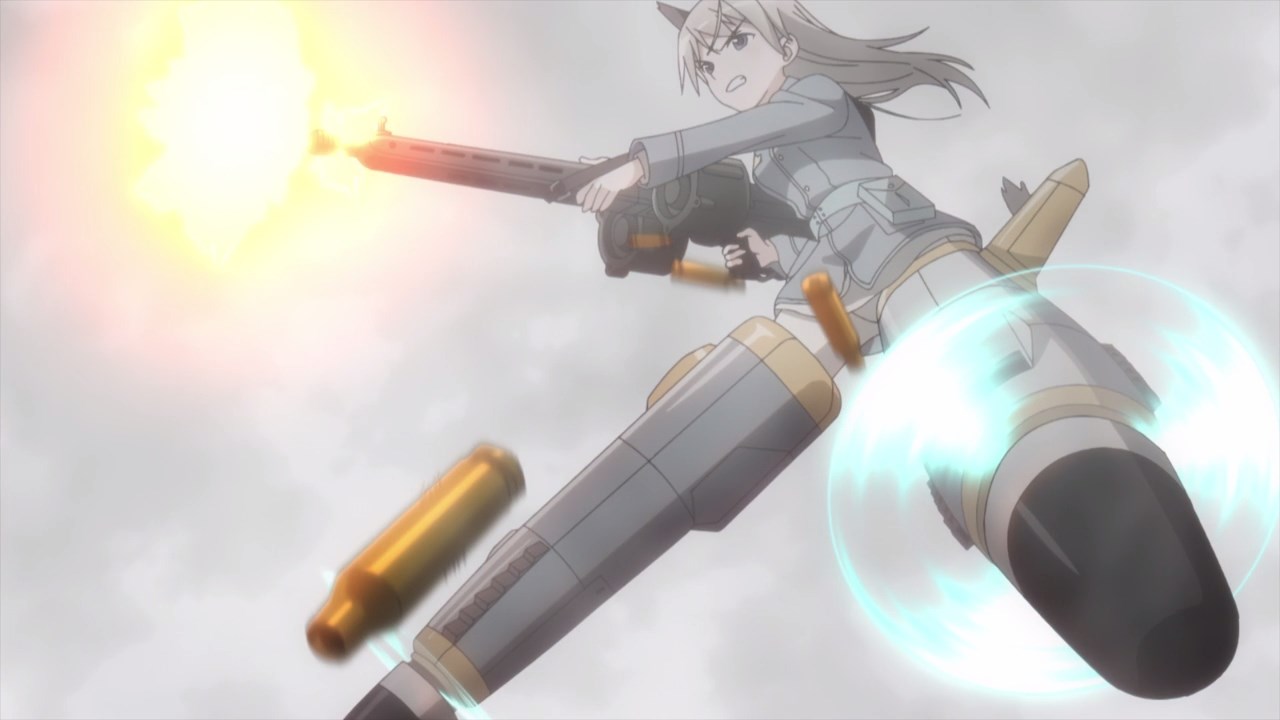 And because of this fog, they can’t see each other. Even worse is that they might hit each other as Eila fires her machinegun blindly. 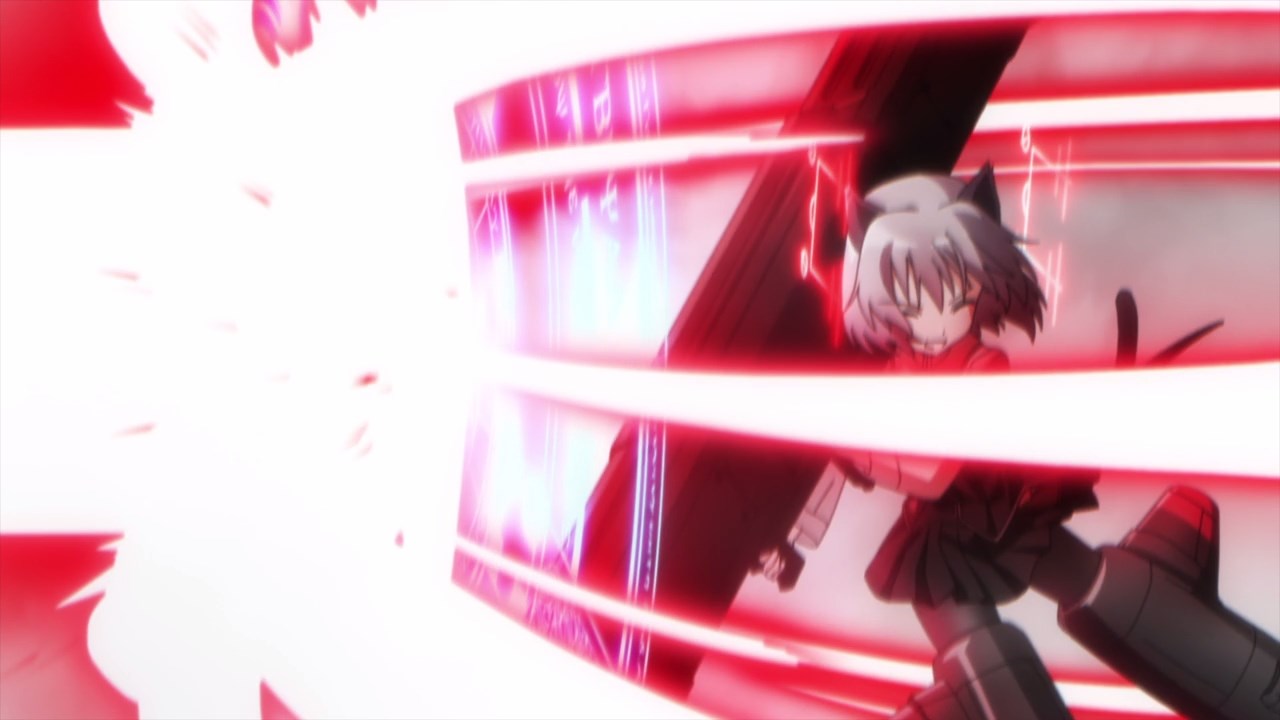 Oh yeah, let’s not forget that the Neuroi is in the area and man, the enemy has a big advantage here as it fires its lasers.

For Sanya, it’s very difficult to fight the Neuroi on this harsh condition as she and her teammates flee the area. 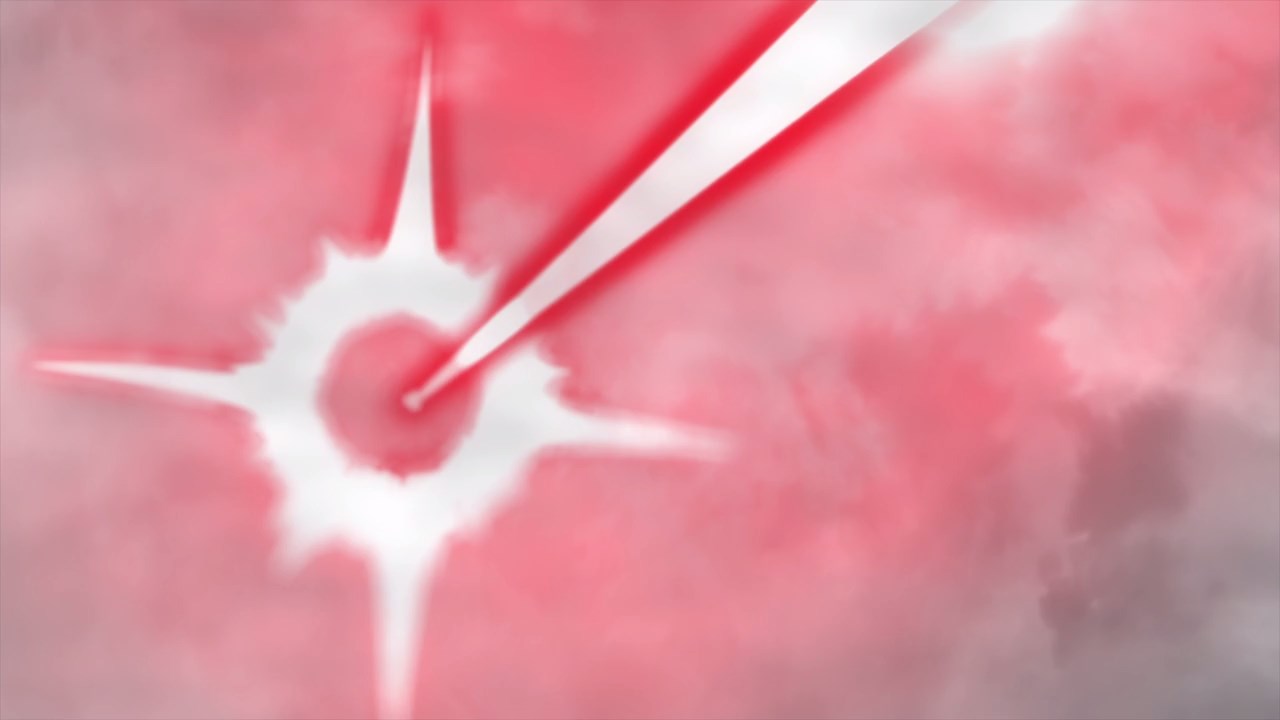 So yeah, Kiel has another Neuroi defending it and it’s a pain in the ass to beat the enemy as it produces this thick fog.

Also, the high command ordered the witches to assist the bombers on retaking Kiel but because of the fog, capturing the area without resorting to carpet bombing would be very difficult as they might wreck the port. 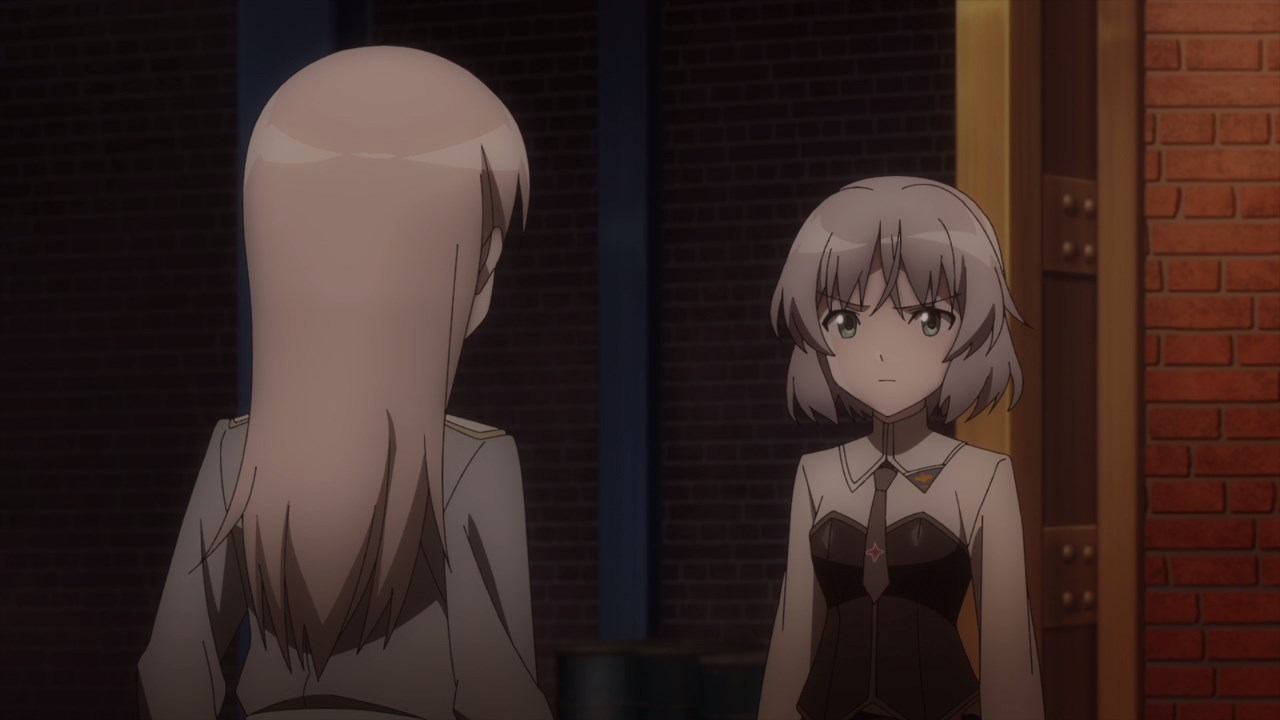 Meanwhile, looks like Sanya V. Litvyak is very upset towards Eila Ilmatar Juutilainen as she defied orders by firing her gun which might hit somebody. 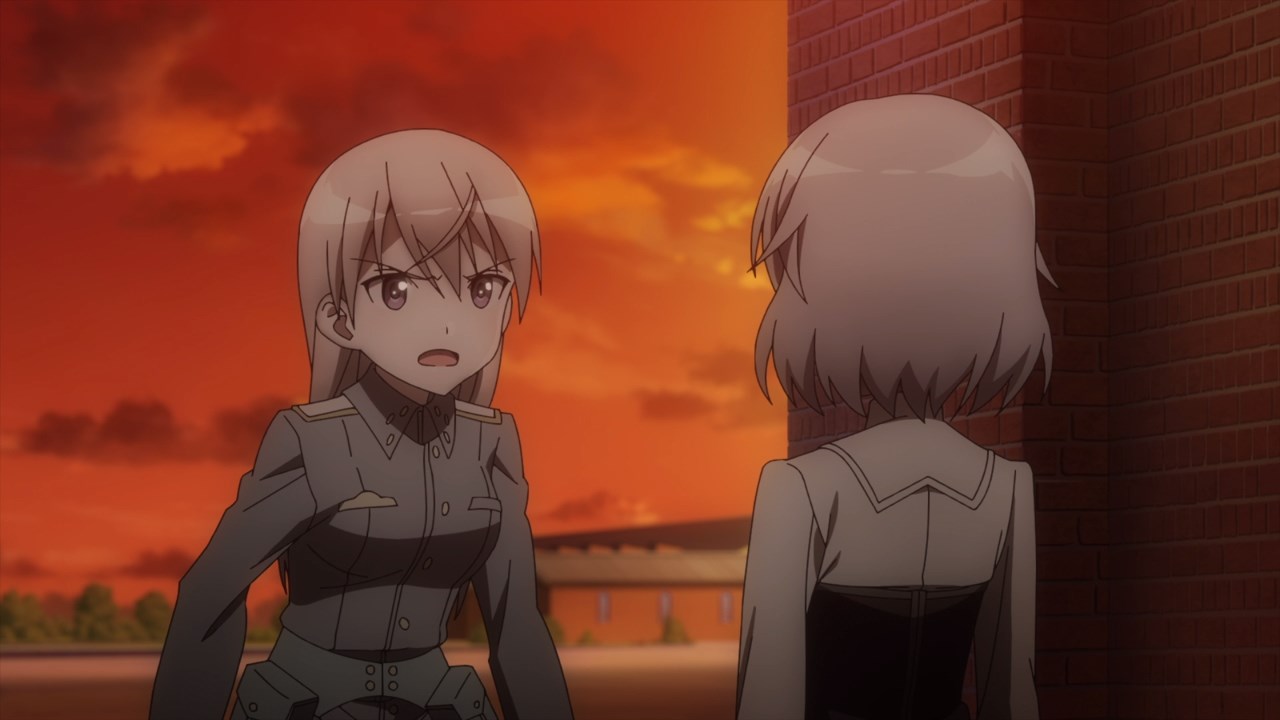 Of course, the reason why Eila did that is because she sensed something dangerous using her precognition ability, hence she fired her machinegun towards the enemy but it appears that it didn’t work.

Well then, it looks like these two are in bad terms today but you know what, Eila is doing her best to protect Sanya from being hit by a laser. 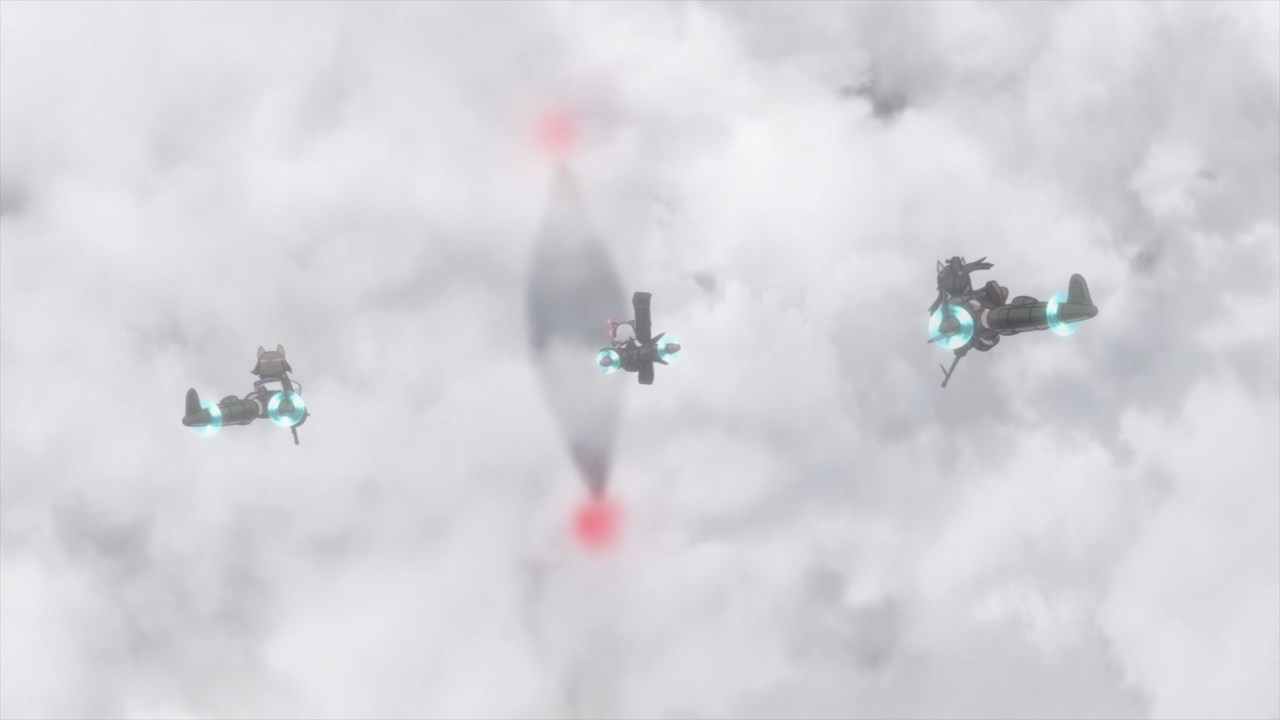 Anyways, Sanya V. Litvyak went back to Kiel along with Yoshika Miyafuji and Shizuka Hattori, but without Eila Ilmatar Juutilainen as she’s very upset towards her friend.

Now then, looks like the witches found the enemy but something’s not right… 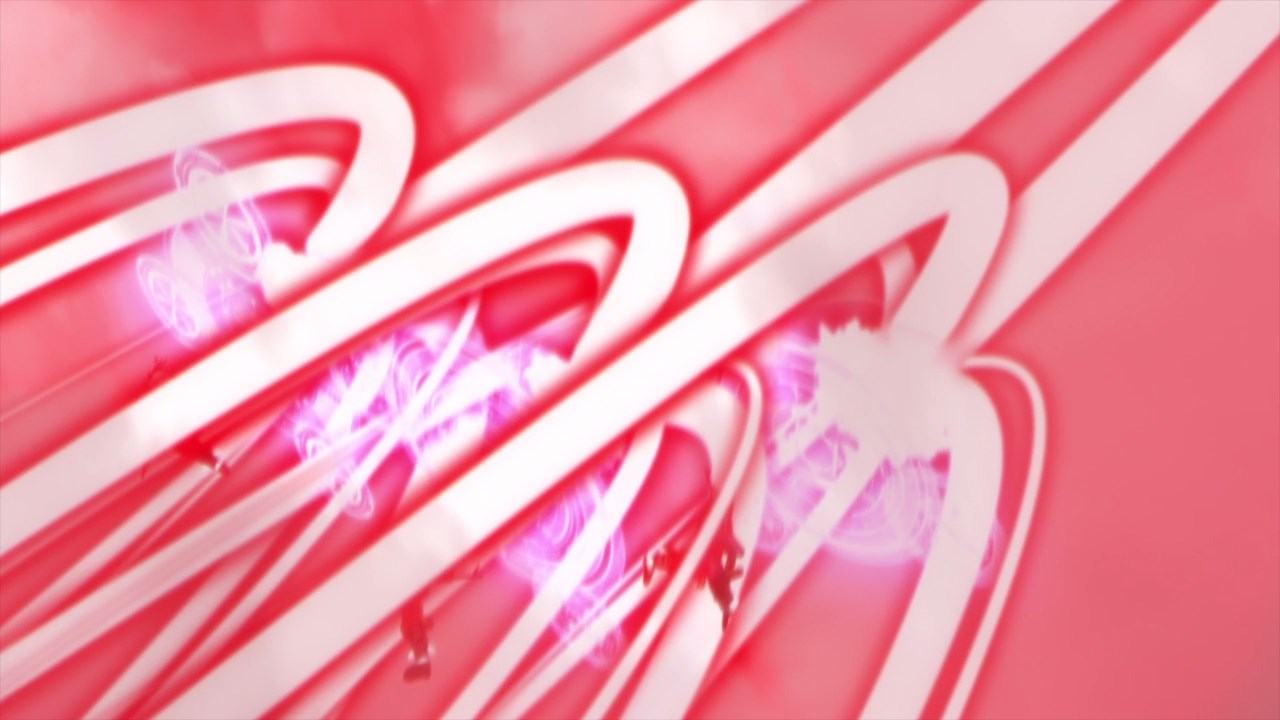 Turns out that there’s another Neuroi attacking them and they would be goners right now had Sanya and the rest created their barriers at the right time. 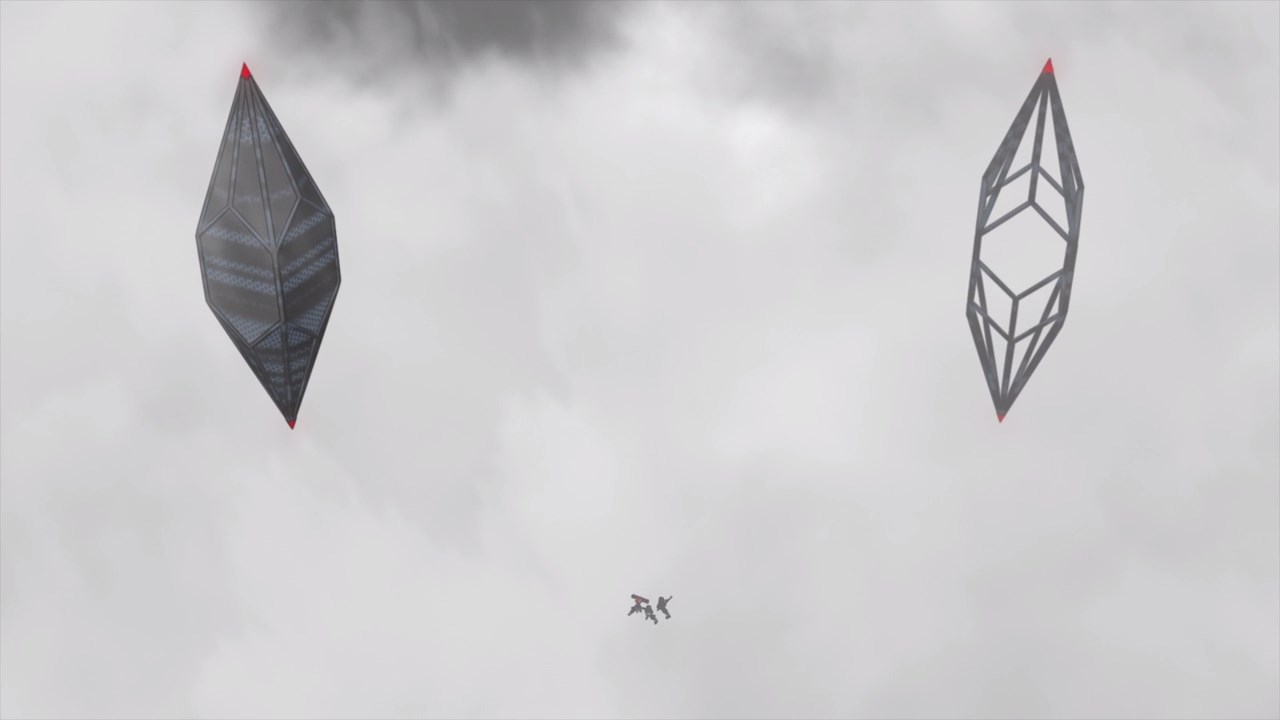 Anyways, Sanya and the rest saw two Neurois, although one of them is hollow. Wait, does the other one looks similar to a himmeli? 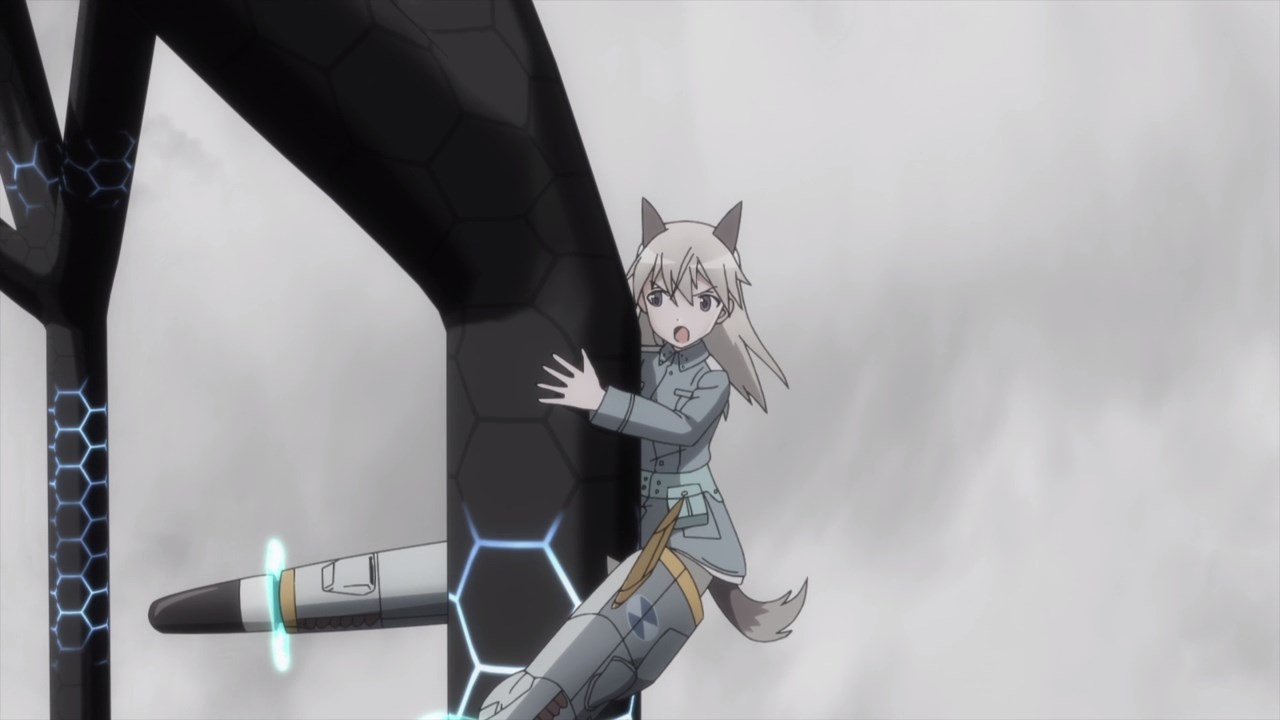 Fortunately, help has arrived when Eila defied orders again and grab the Himmeli Neuroi, which she believes that it has the core inside.

Of course, she can’t shoot it since she doesn’t have a gun, so Eila told Sanya to shoot her. Yes, it’s crazy for Eila to ask her teammate to fire her missile at her, but she firmly believes in Sanya’s ability. 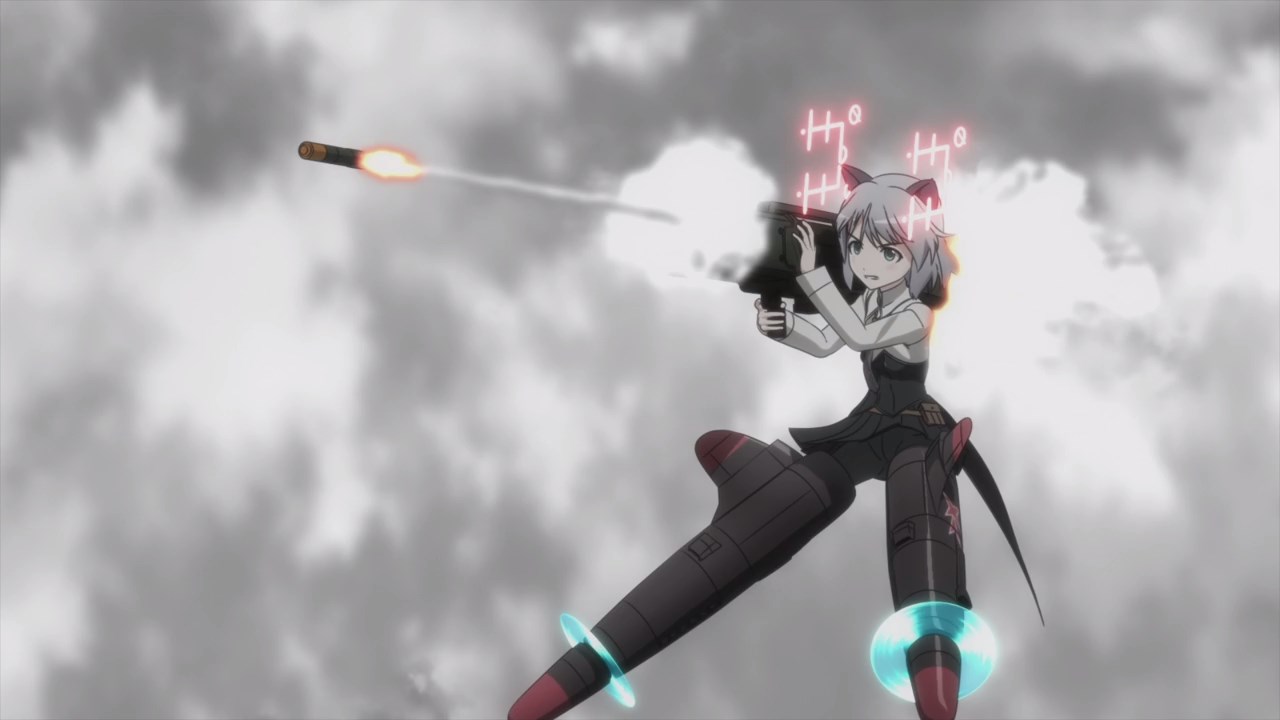 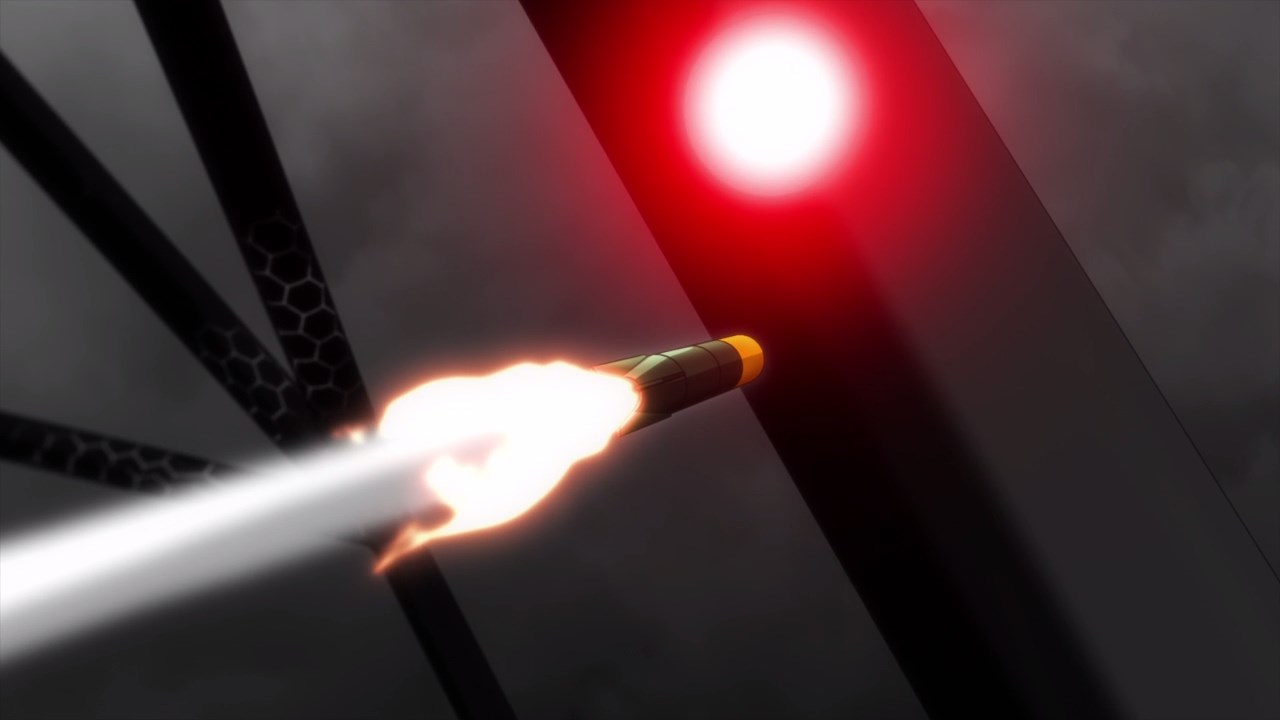 With that said, Sanya V. Litvyak fired her missile which goes straight towards the core of the Himmeli Neuroi. Turns out that this Neuroi moves the core around its frame. 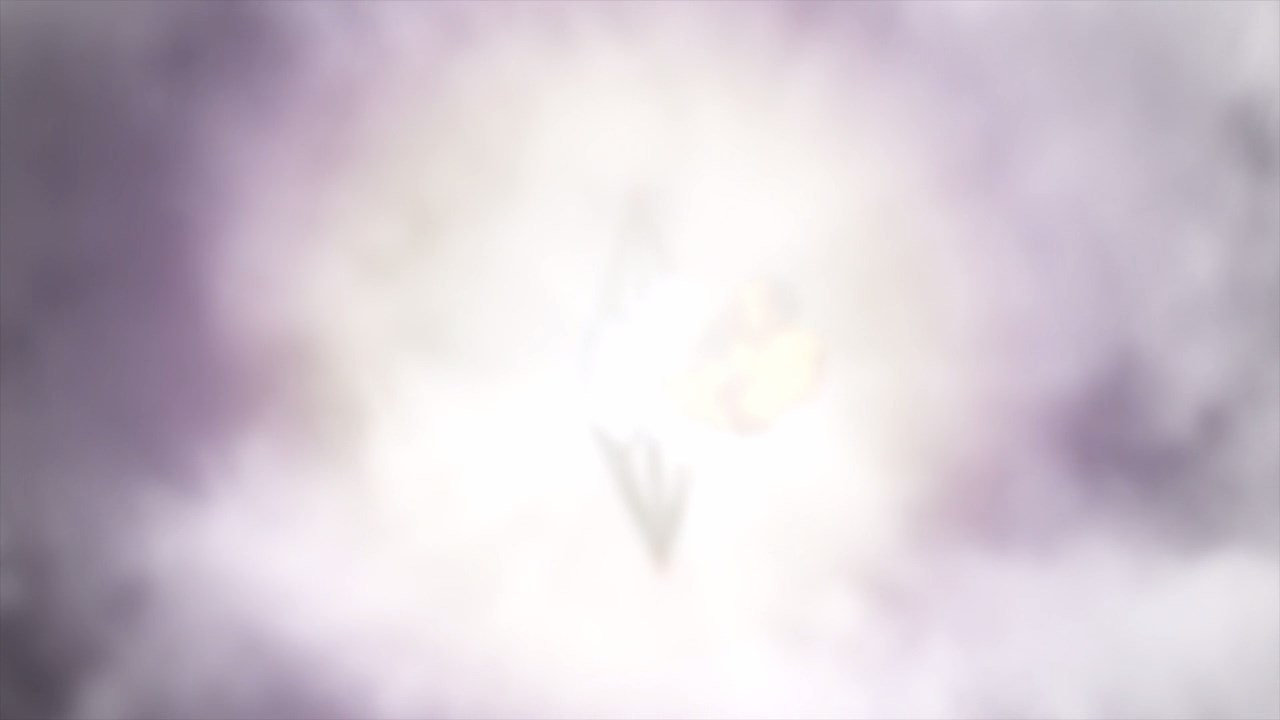 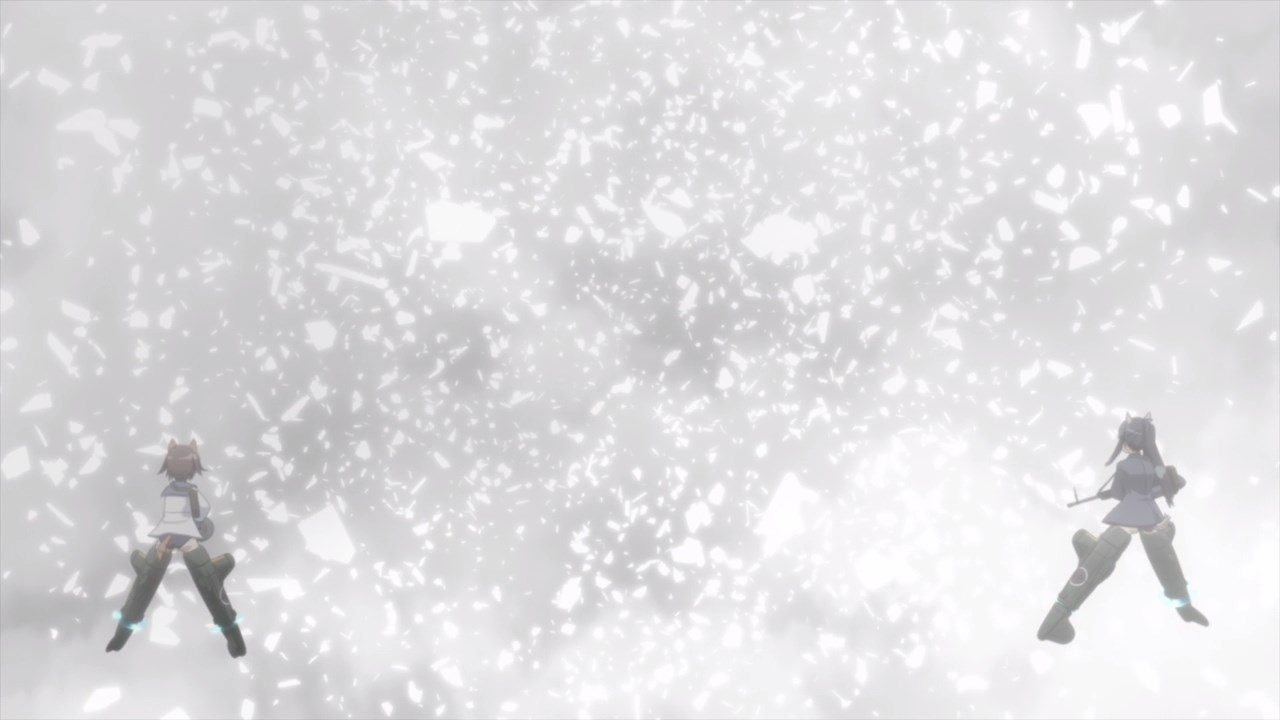 But thanks to Eila’s help, the Himmeli Neuroi and its drone is destroyed. Well, looks like her plan worked but sadly, Sanya’s teammate didn’t survive… or is it? 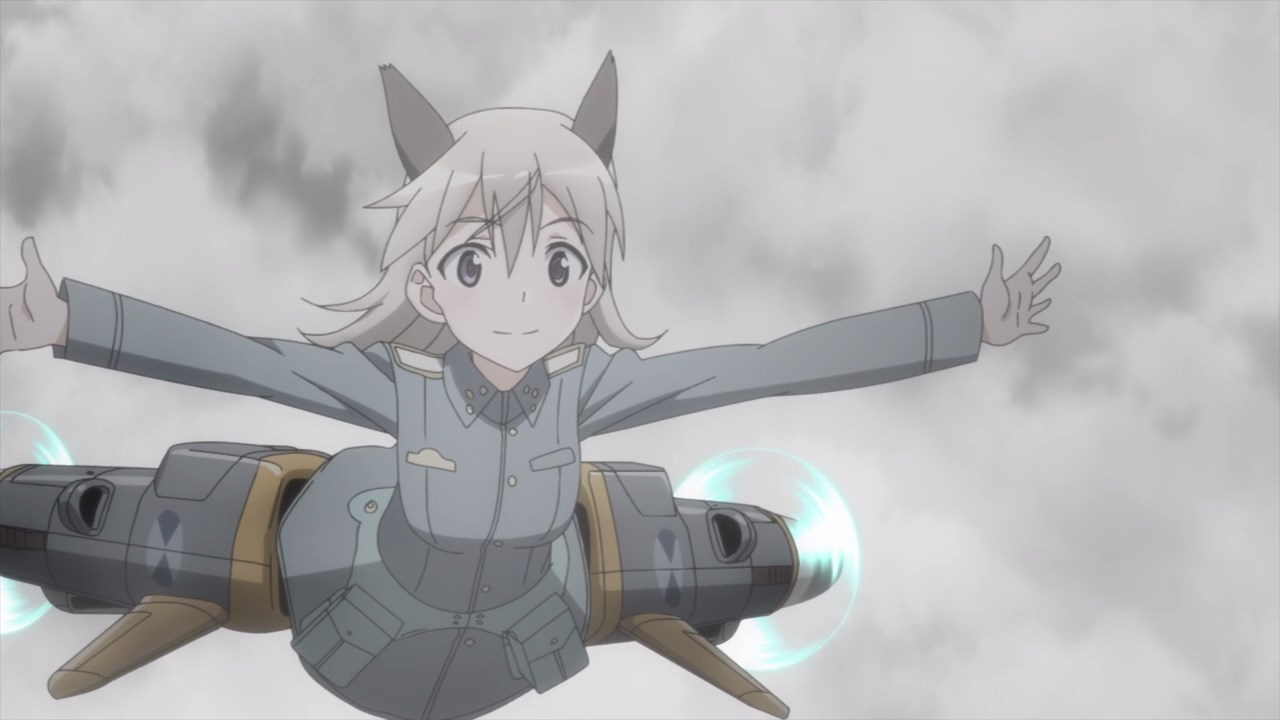 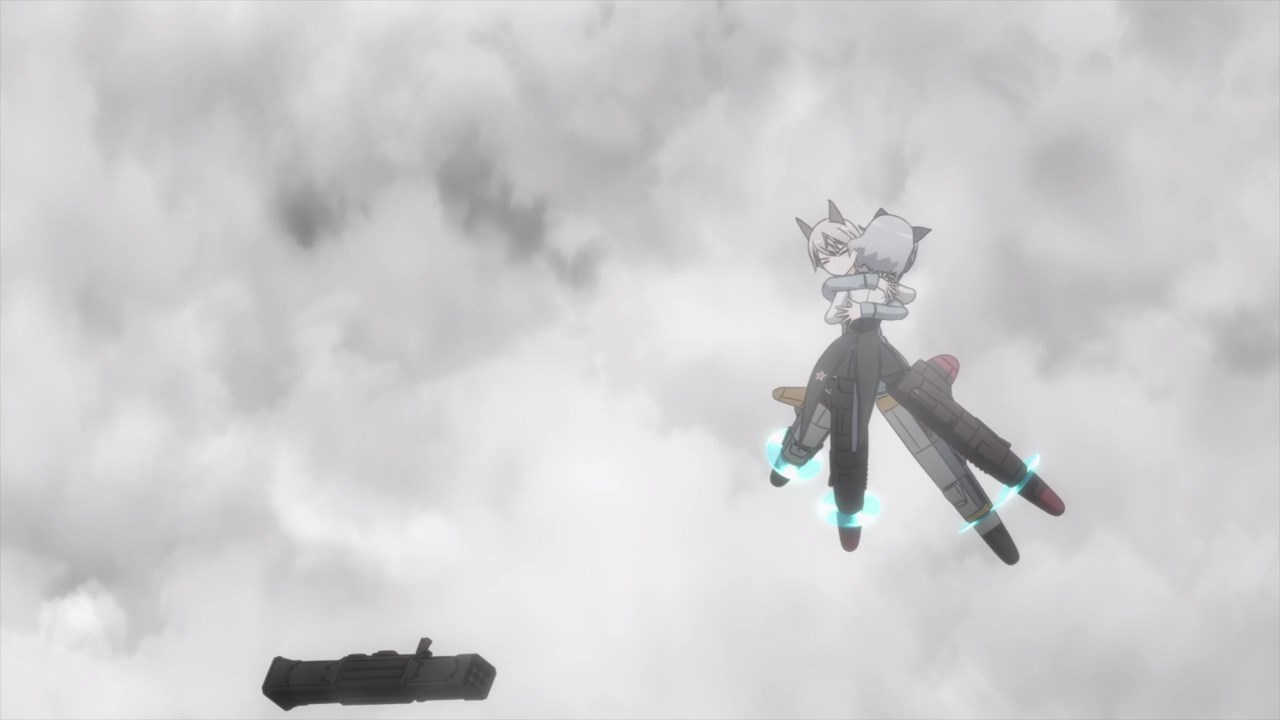 Well actually, Eila Ilmatar Juutilainen survived as she hugged Sanya V. Litvyak tightly. I’m hoping that Sanya won’t get angry towards Eila ’cause she’s the one who helped her. 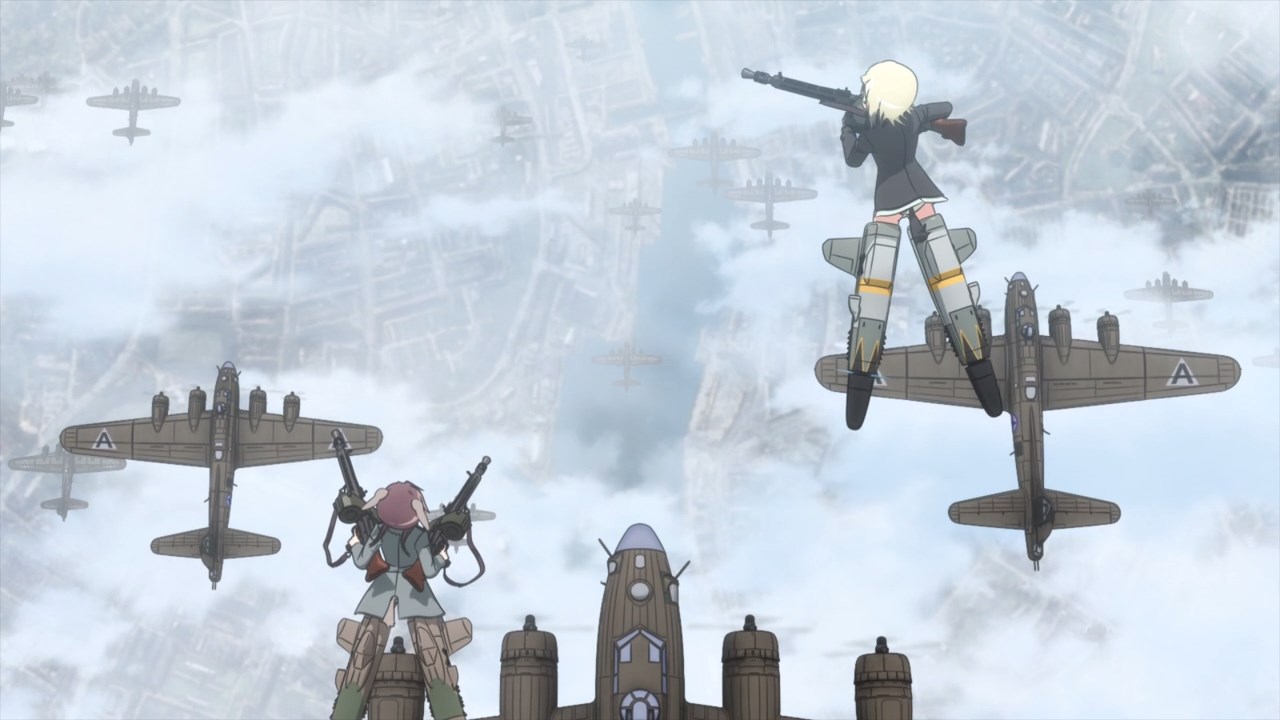 Now that the Neuroi is destroyed, the thick fog is finally cleared, meaning that the witches can finally retake Kiel with minimal damage.

Of course, we’ll have to wait for the eventual operation on recapturing Berlin from Neuroi’s control. 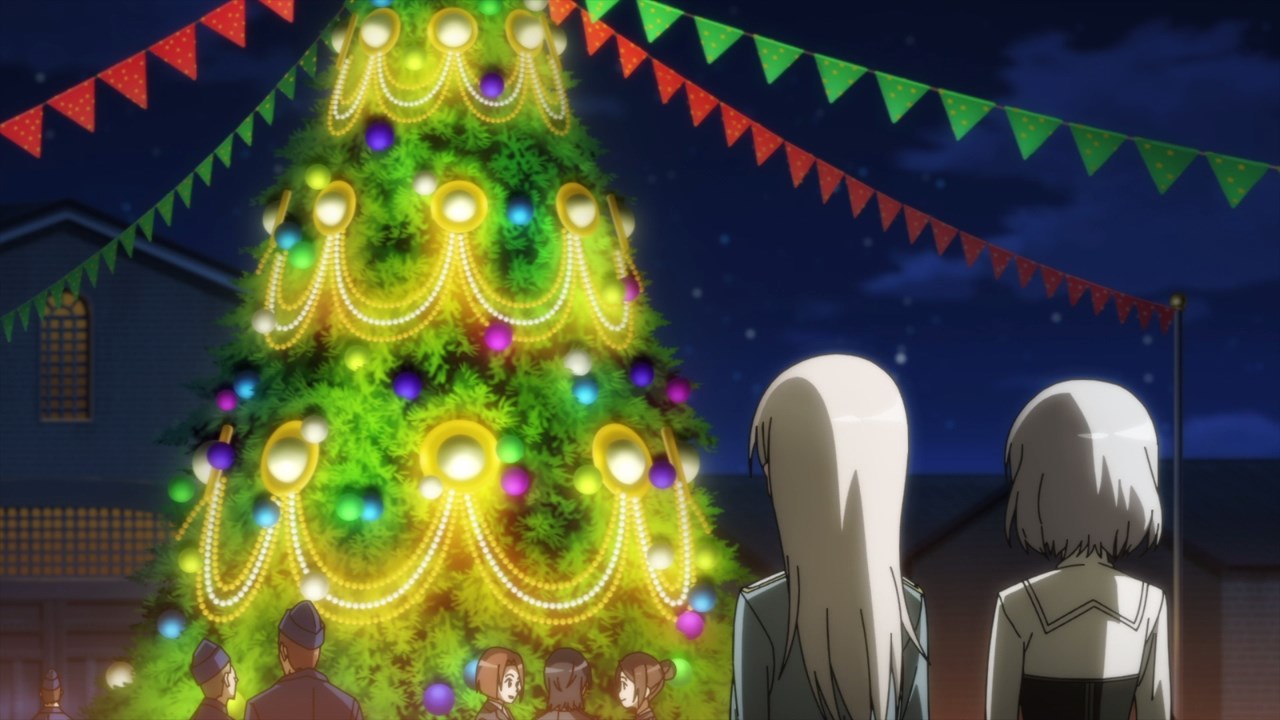 For now, it’s time for the witches to celebrate the Saturnus Festival. I mean, their base got a large tree which they decorate it with various ornaments. 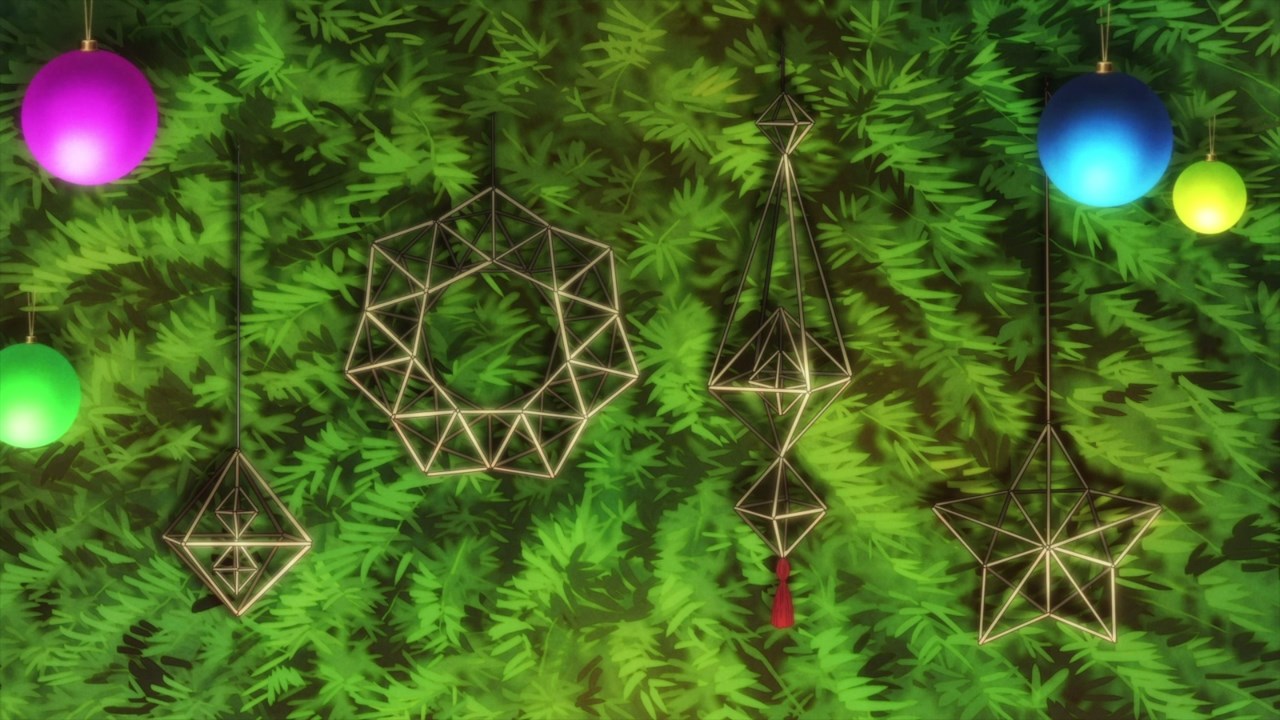 This includes the himmeli in which Eila made one, but there’s a bunch of Suomus ornaments already created for this occasion. 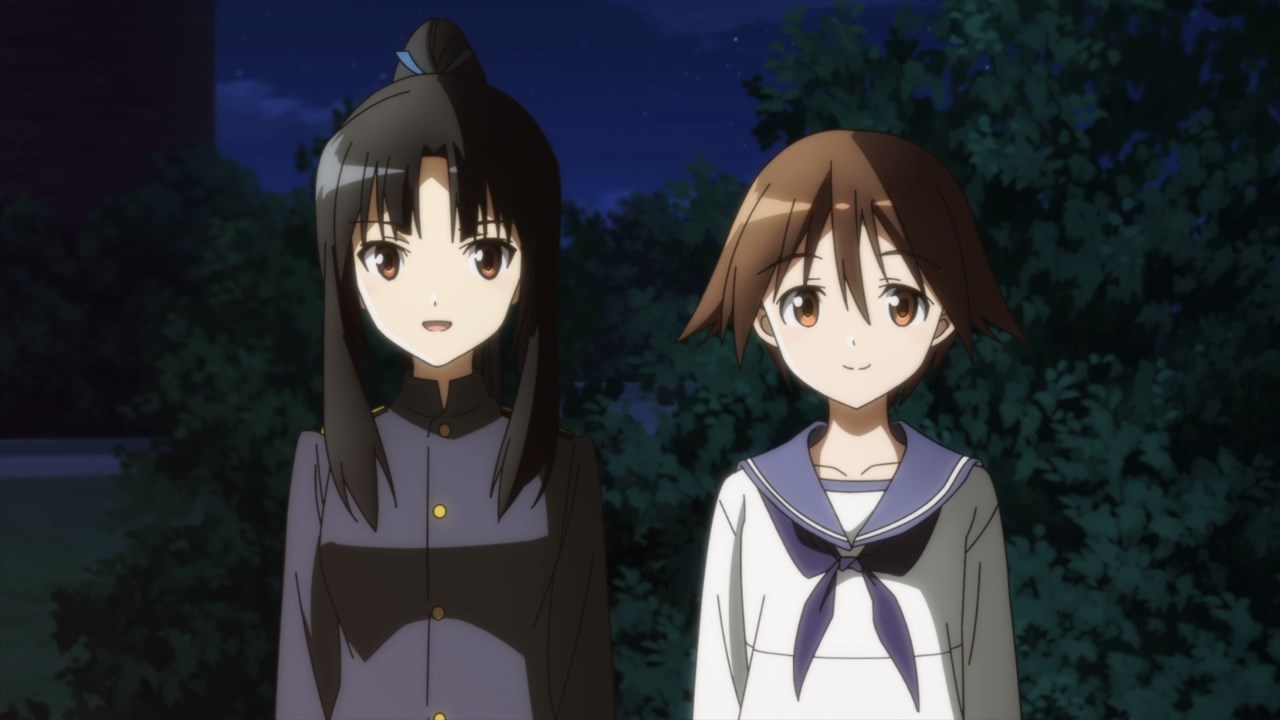 Turns out that Shizuka Hattori and Yoshika Miyafuji made those himmelis by themselves. 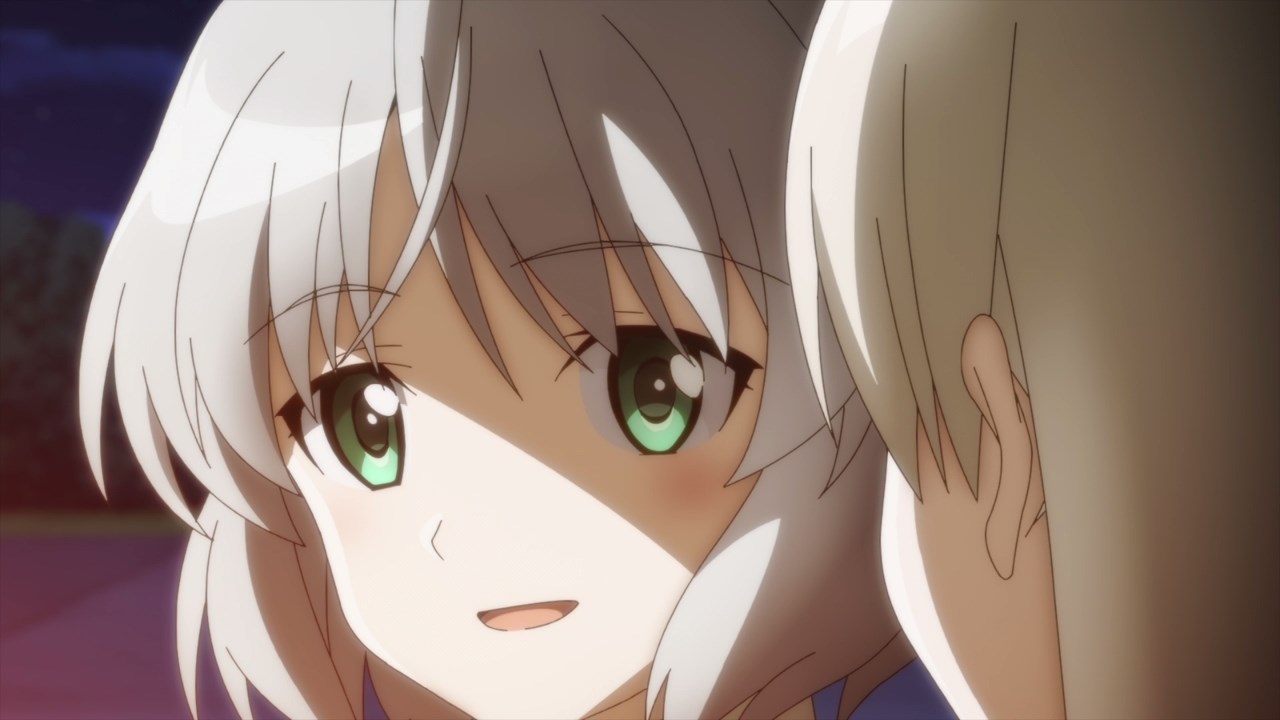 Oh, and Sanya also made one too as a present to her friend. Gosh Sanya, you really care about Eila! 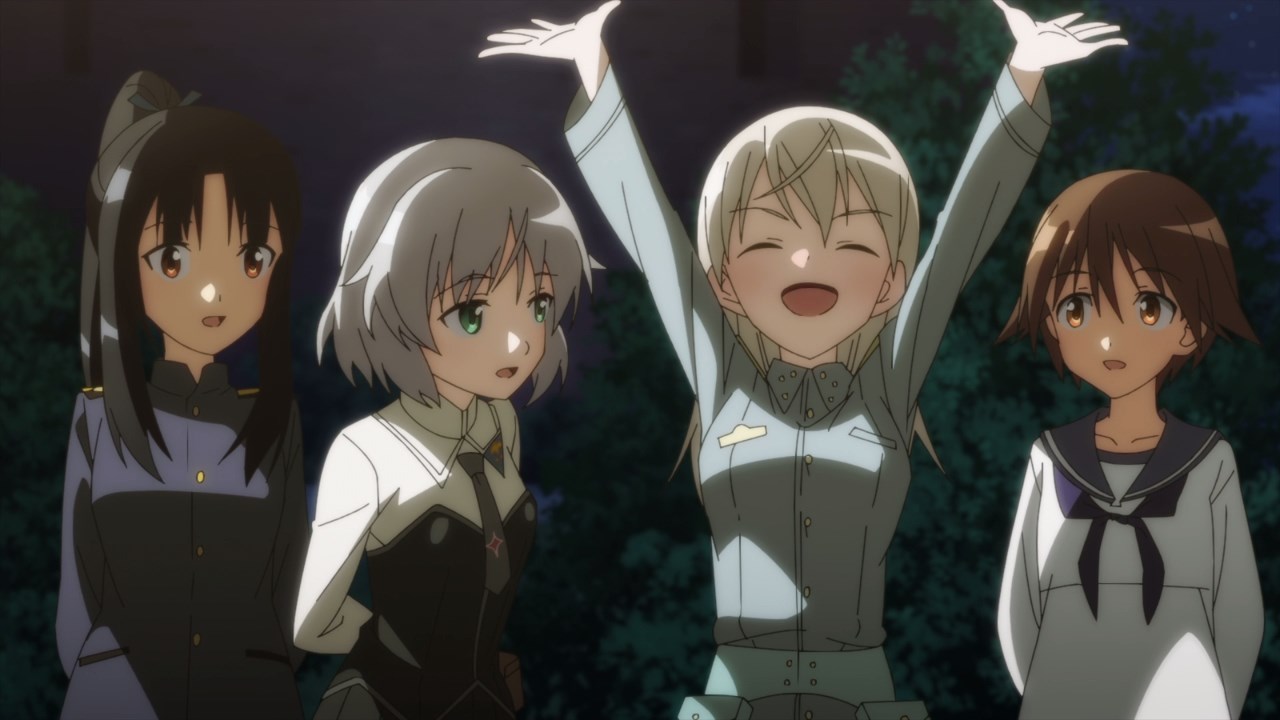 And so, all’s well that ends well for Eila Ilmatar Juutilainen as she got a gift from Sanya V. Litvyak. Man, I hope they elope somewhere far away once the war is over.

In any case, I’ll see you next time as the 501st Joint Fighter Wing will make preparations to retake Berlin.