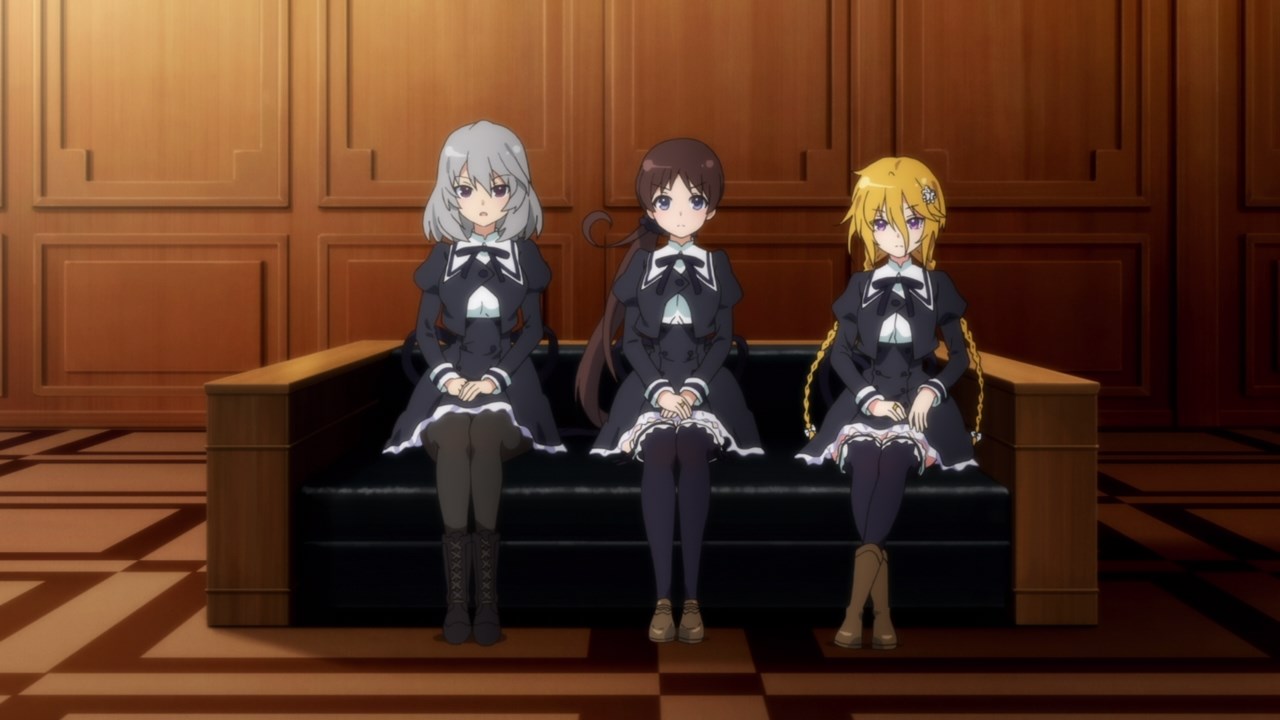 So, remember on the previous episode when a mysterious entity wanted to get their hands on Yuri Hitotsuyanagi? Well, Matsuri Hata and her student council reported that an unknown group named GEHENA is interested on Yuri.

Oh and you wanna know who GEHENA is? They’re notorious for doing illegal human experiments to achieve their goals. 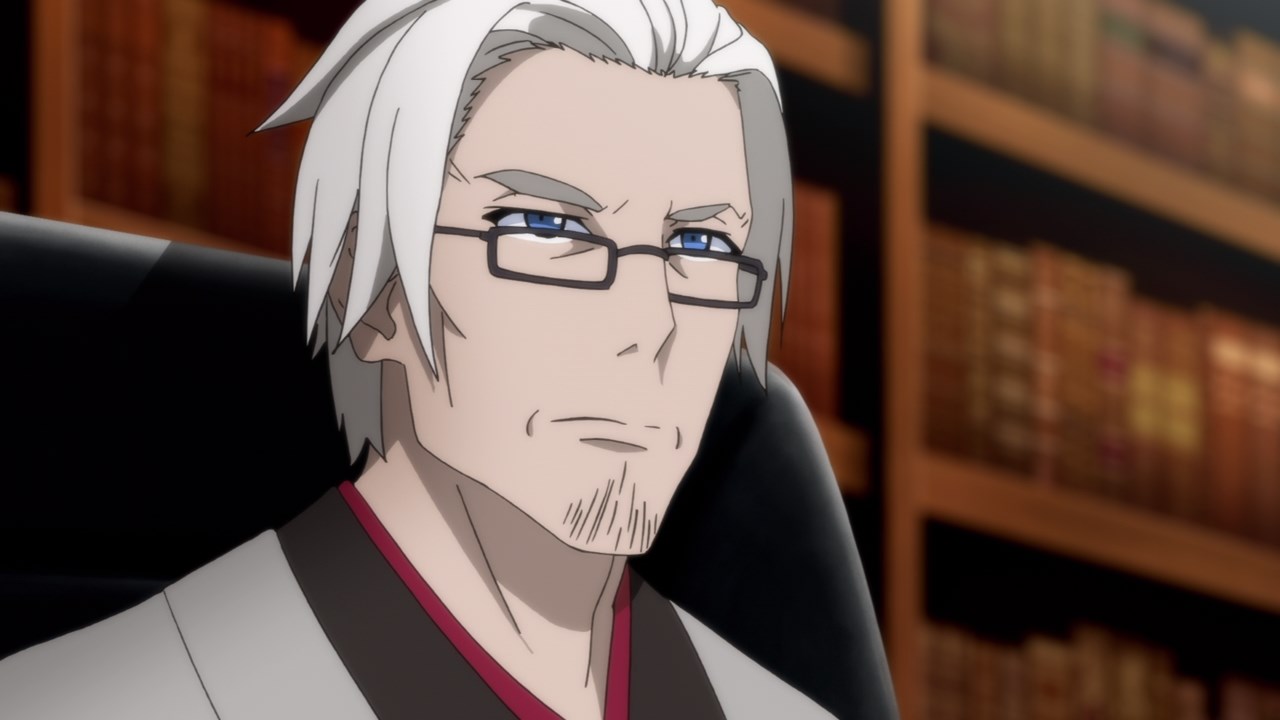 For Kogetsu Takamatsu, he’s really concerned that there are people out there like GEHENA who wanted to conduct experiments towards Yuri Hitotsuyanagi.

Of course, he’ll do anything to protect Yuri as she’s a student of Yurigaoka Girls’ Academy. Then again, I wonder how long it’ll last. 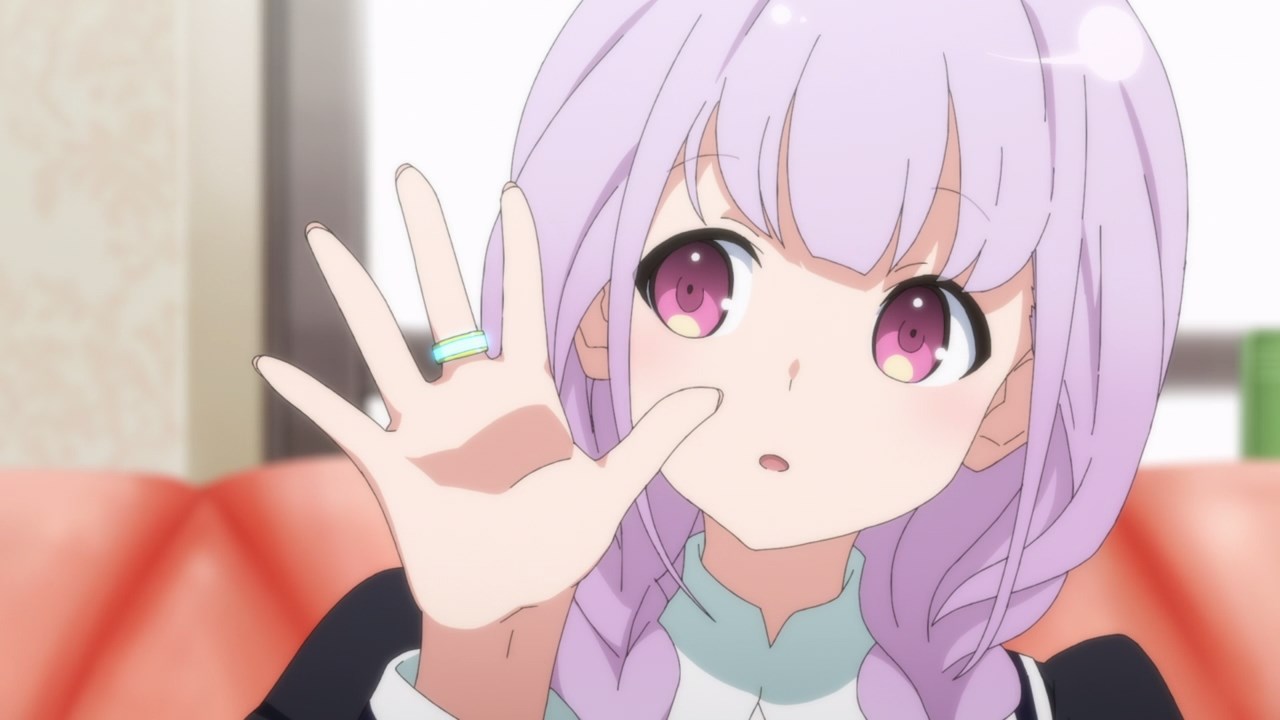 Speaking of Yuri Hitotsuyanagi, looks like she got her own ring in which Yuri can finally activate her CHARM. 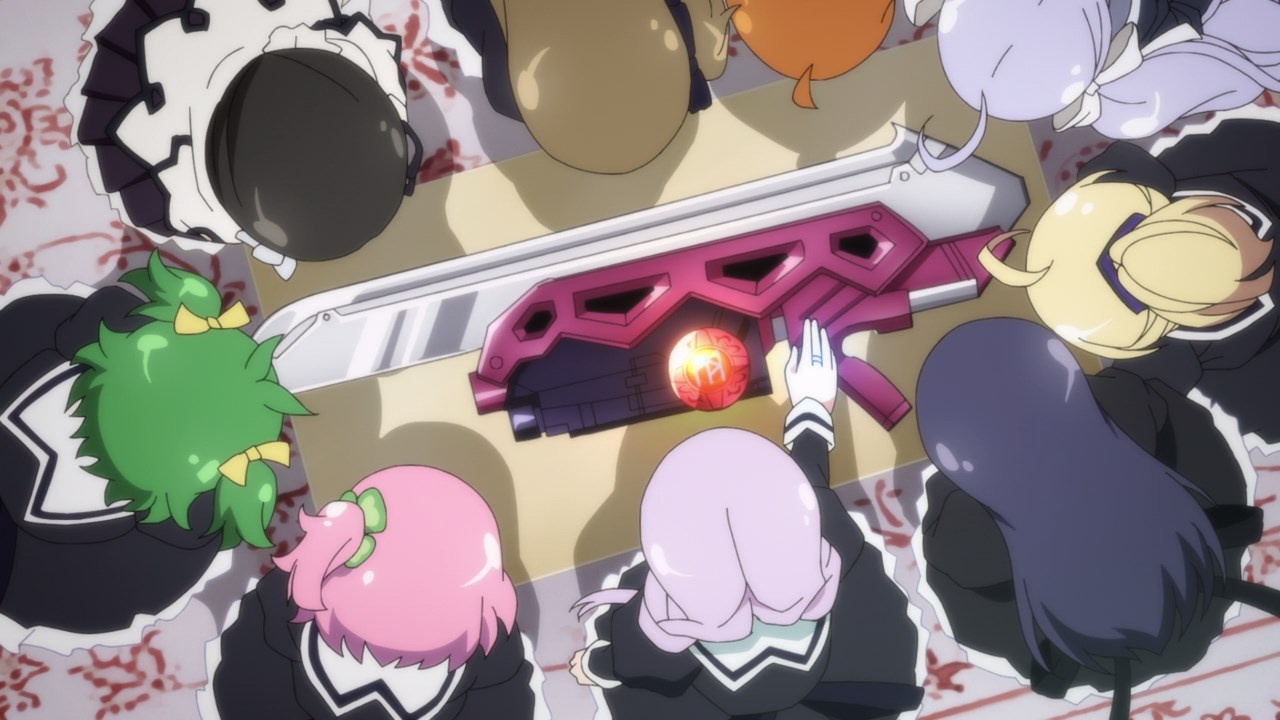 Said CHARM happened to be Gungnir which is the same model as Riri’s CHARM. Hmm, I wonder if this is actually Riri’s Gungnir or a copy of it?

No matter then, looks like Yuri has officially become a Lily for Hitotsuyanagi-tai! 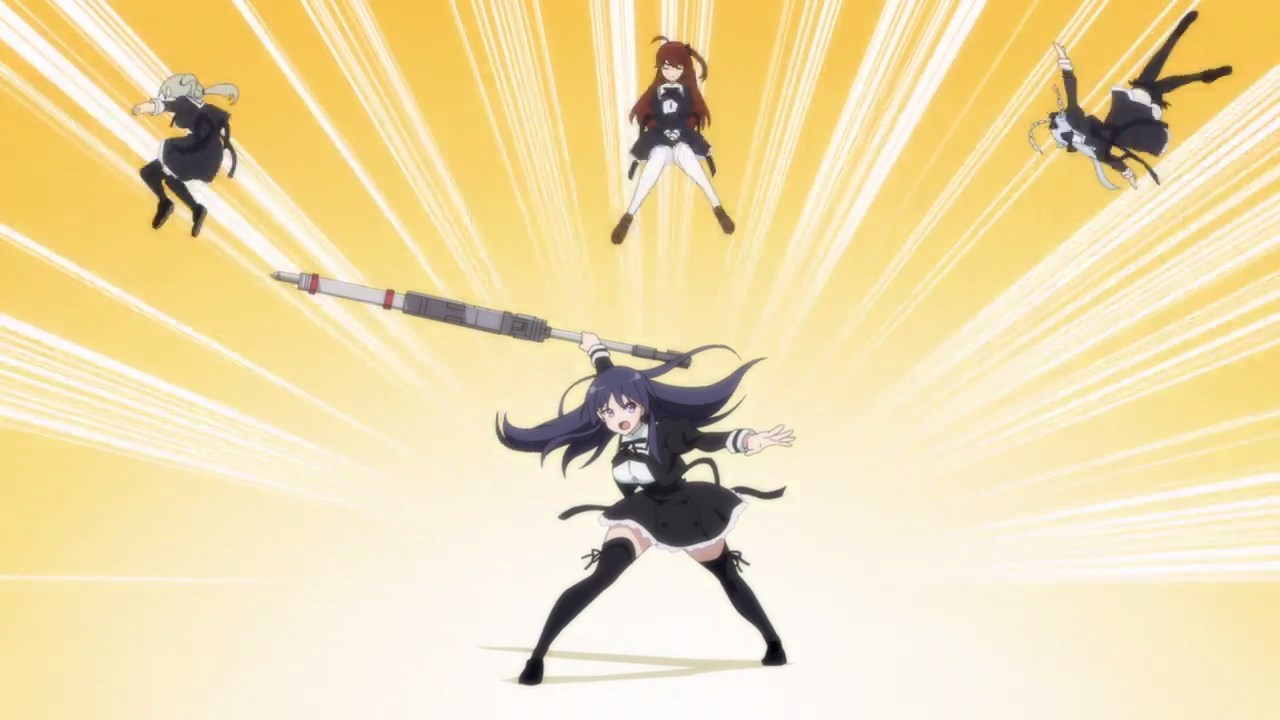 Of course, Yuri will have to put her skills to the test as she’ll participate in an athletics competition, although it’s mostly exhibitions where Lilies show their combat abilities to the fullest.

One example will be Yuyu Shirai where she defeated 3 Lilies in a single swing of her CHARM. As expected from one of the strongest Lilies in Yurigaoka Girls’ Academy. 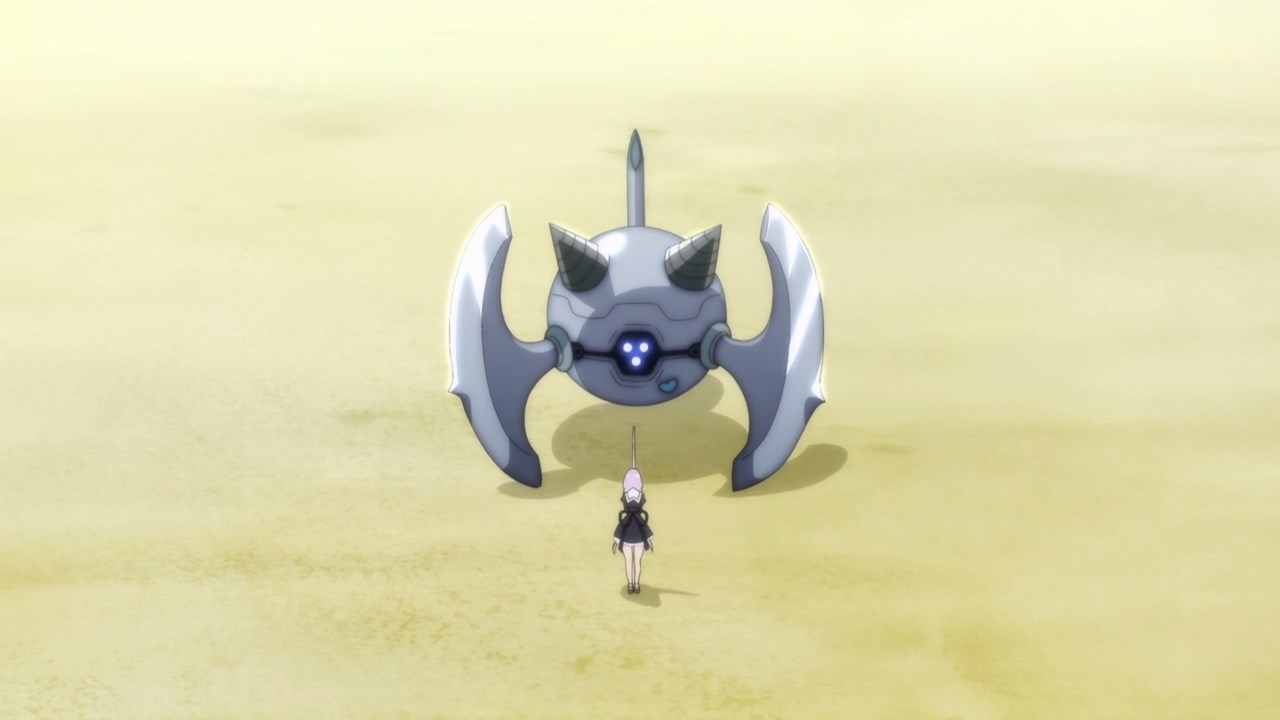 But, the main event will be a mock battle against Moyu Mashima’s Mecha Rumpelstilzchen. Oh yeah, Yuri Hitotsuyanagi will participate in this mock battle. 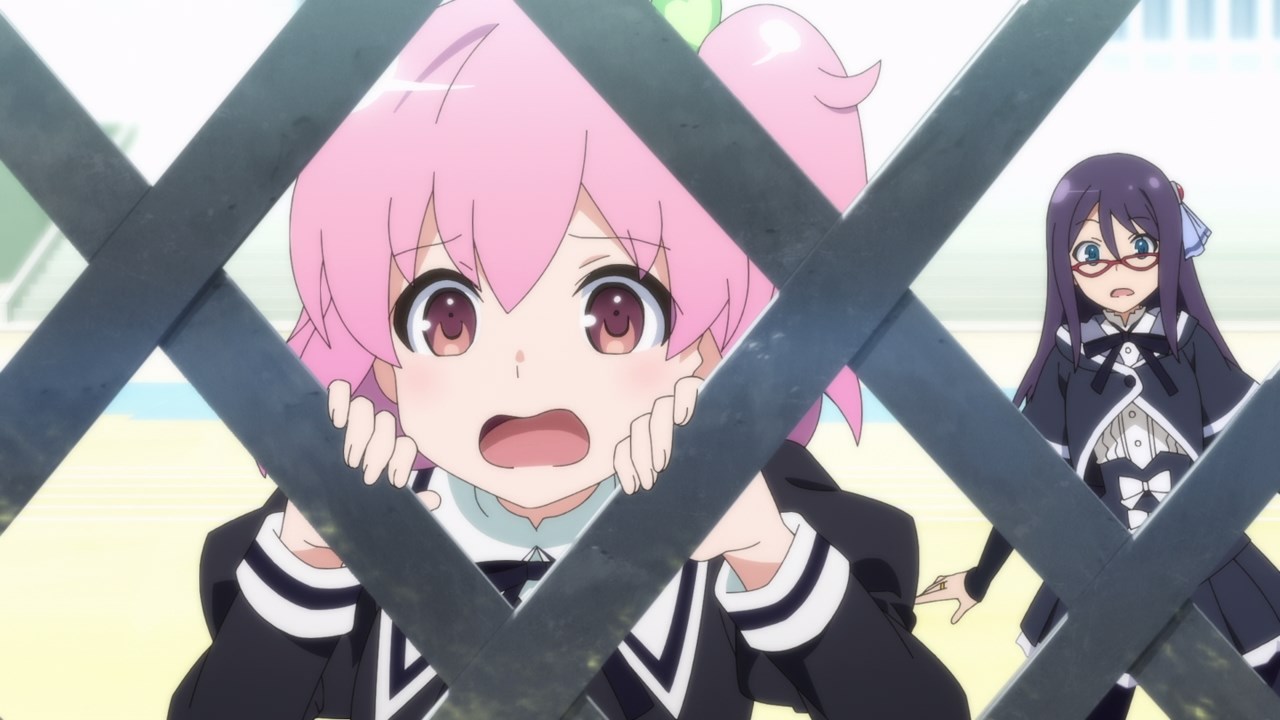 For Riri Hitotsuyanagi, she goes “Abababa!” as Riri worried that Yuri might get seriously hurt.

Oh Riri, your daughter will manage this as she learned hand-to-hand combat from Yuyu Shirai. 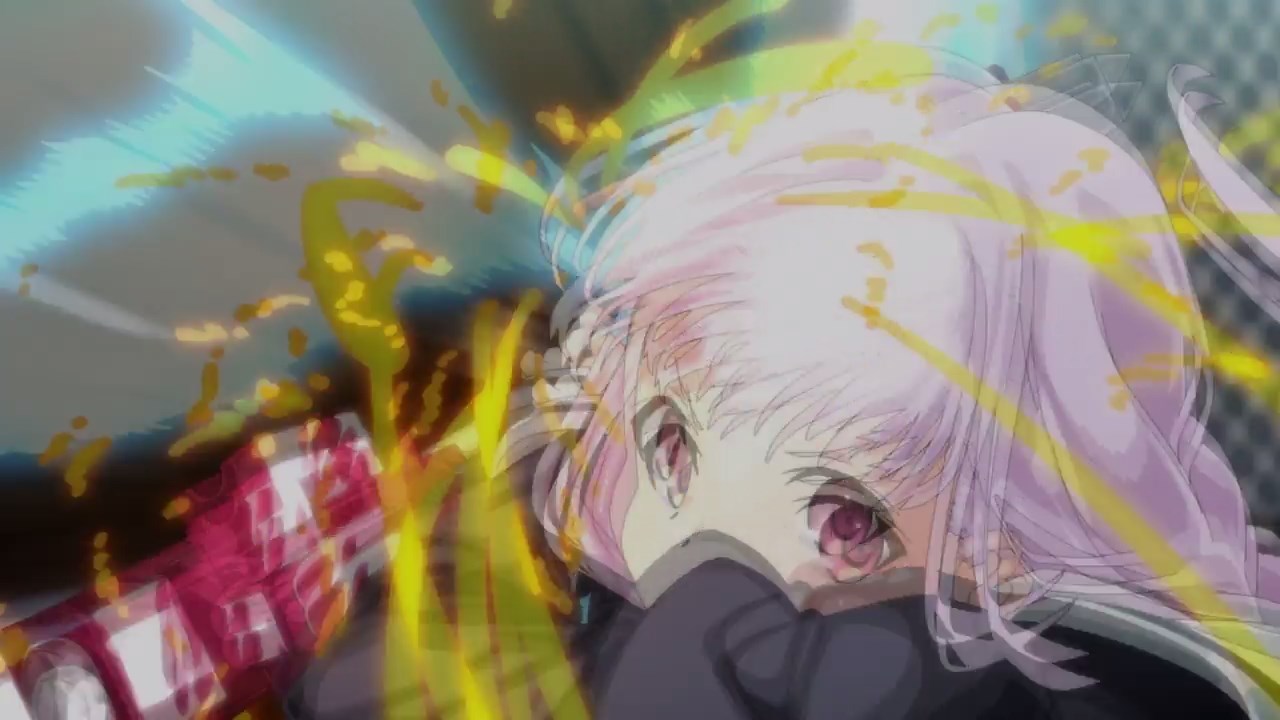 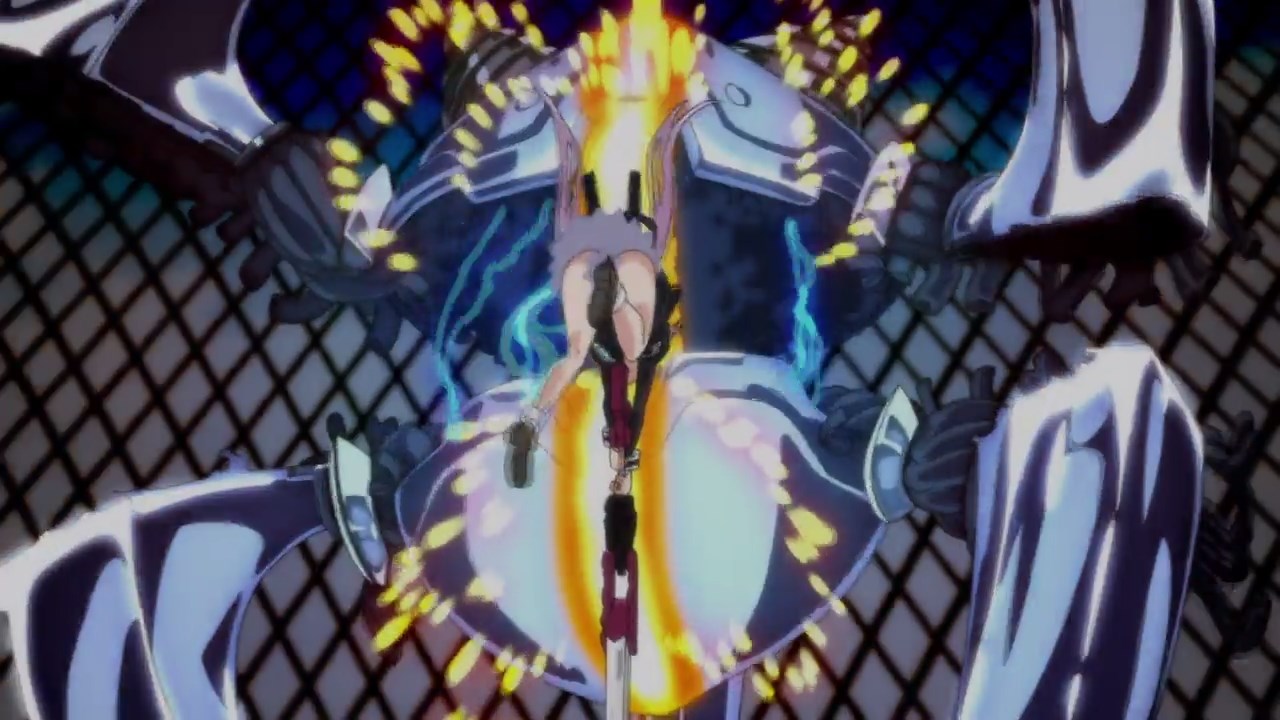 But here’s Yuri Hitotsuyanagi as she destroys the Mecha Rumpelstilzchen with her own two hands. Man, Studio SHAFT put lots of effort on this fight scene as it’s fluid and dynamic. 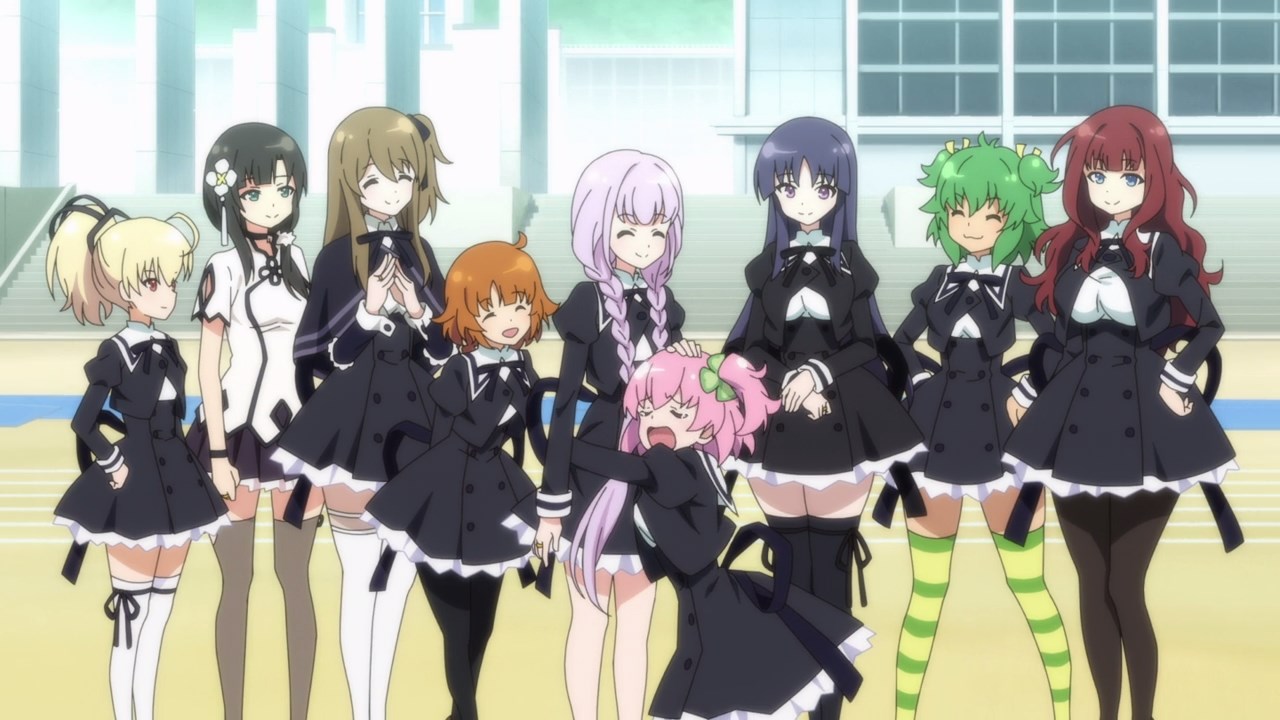 With that said, the mock battle is over as Riri hugs her daughter tightly. Oh Riri, you’re such a worrywart!

And that concludes the athletics competition in Yurigaoka Girls’ Academy and all of them had fun. Of course, this episode is not yet over. 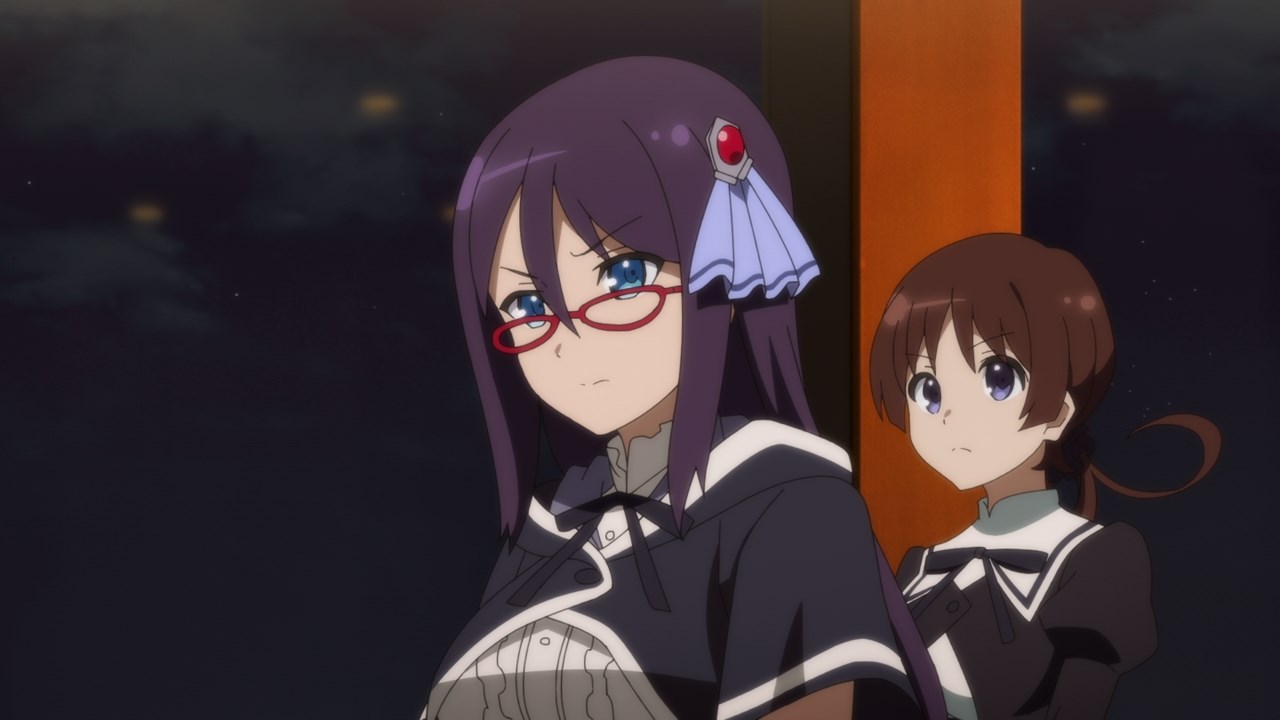 That’s because Moyu Mashima and her research team told the chairman that they found evidence that Yuri has HUGE DNA.

Well, I’m not surprised there given that she hatched from the egg from the previous episode. 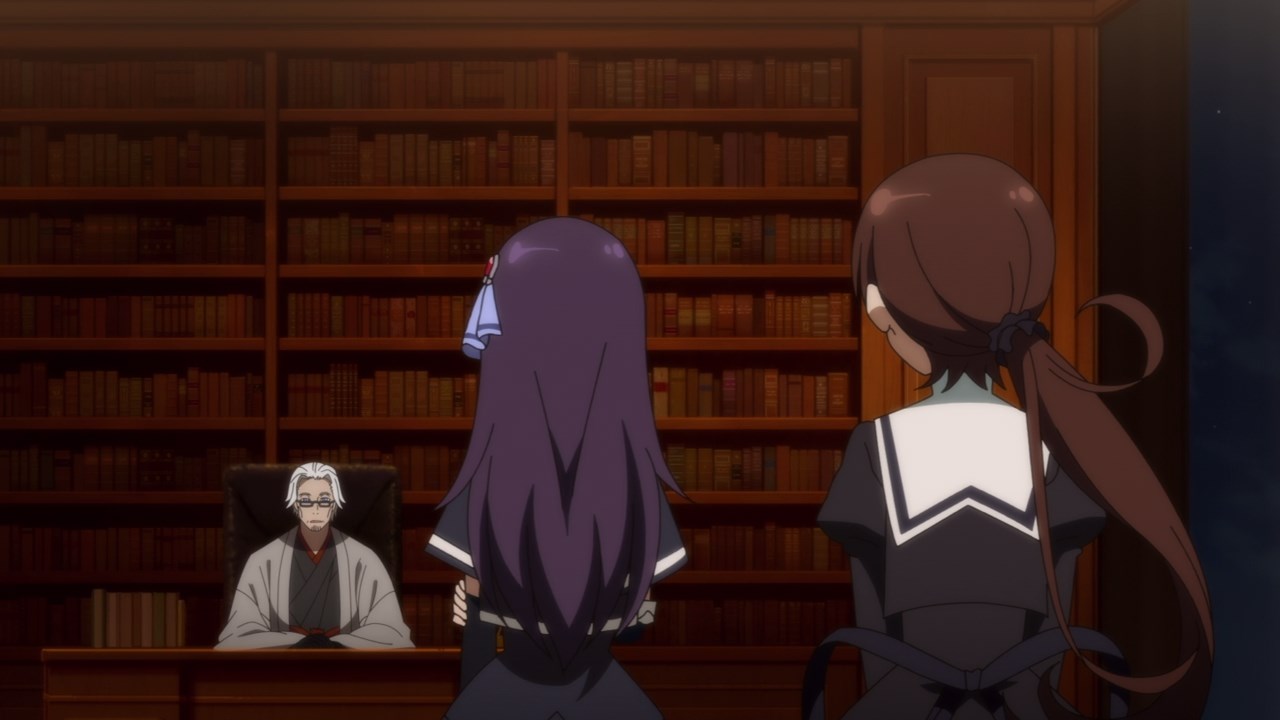 Heck, even Kogetsu Takamatsu wasn’t surprised about the revelation in regards to Yuri Hitotsuyanagi. But there’s more to it as it turns out that she’s actually an artificial Lily which was made using HUGE DNA. 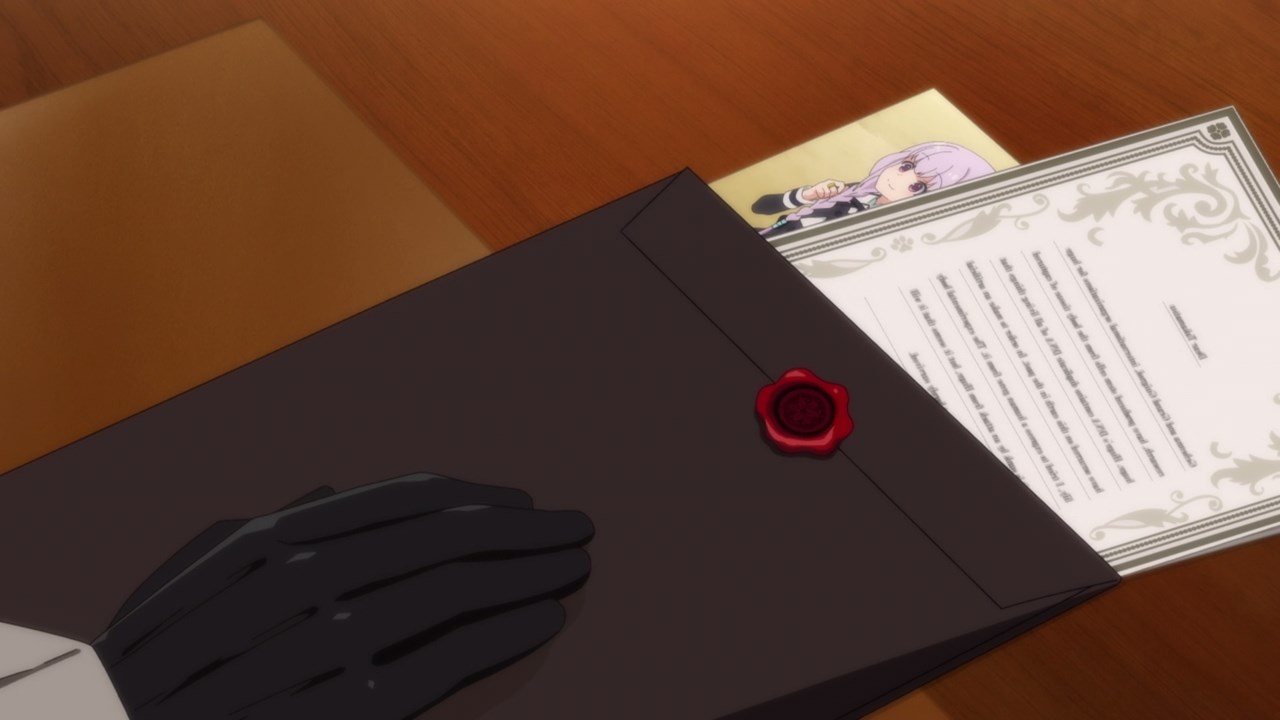 Oh and remember GEHENA? Turns out that they’re responsible for making artificial Lilies and they want the chairman to hand over Yuri to them. Also, they’re not alone though as they got some help from Grand Guignol.

Yeah, I’m in shocked that they’re in cahoots of making artificial Lilies which might have the potential of evolving into HUGEs if they don’t keep them in check. 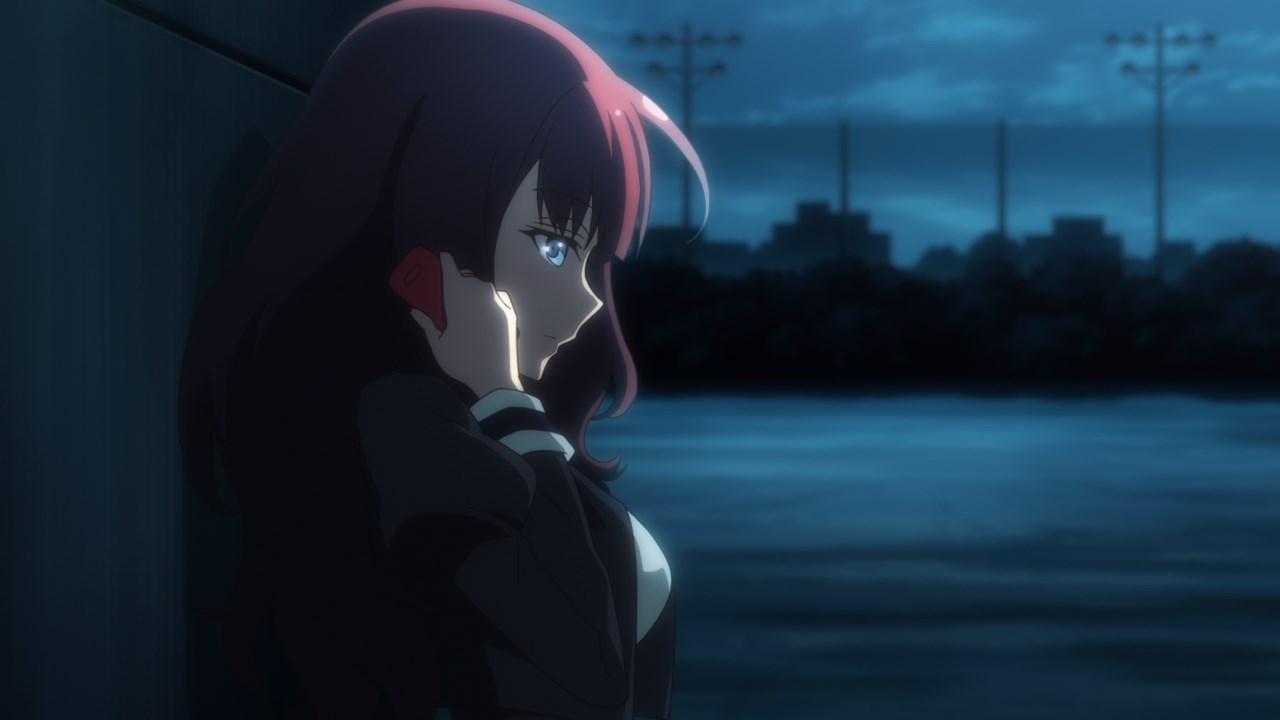 One more thing, here’s Kaede Johan Nouvelle where she got a call from her father, which is the chairman of Grand Guignol. Oh I smell some betrayal on the next episode.

Anyways, let’s hope that Kaede won’t betray everyone from the Legion ’cause that would be bad. Oh, and I hope Yuri won’t become a HUGE!