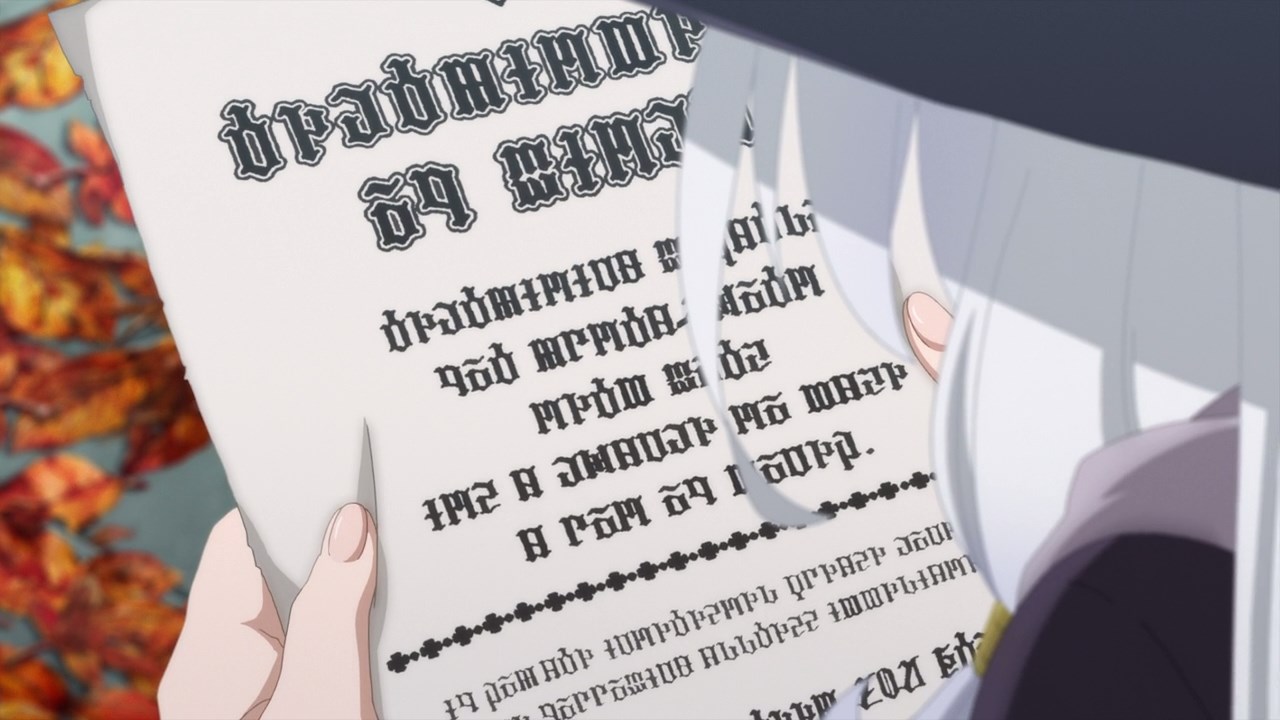 On this episode, Elaina is having some financial problems after travelling to various places, until she settled in the Clock Village of Rostolf.

Fortunately, the Ashen Witch stumbled upon a flyer in which she’ll get paid a large sum of money upon completing a difficult job. Then again, I have some doubts on whether this job advertisement is legit or a scam. 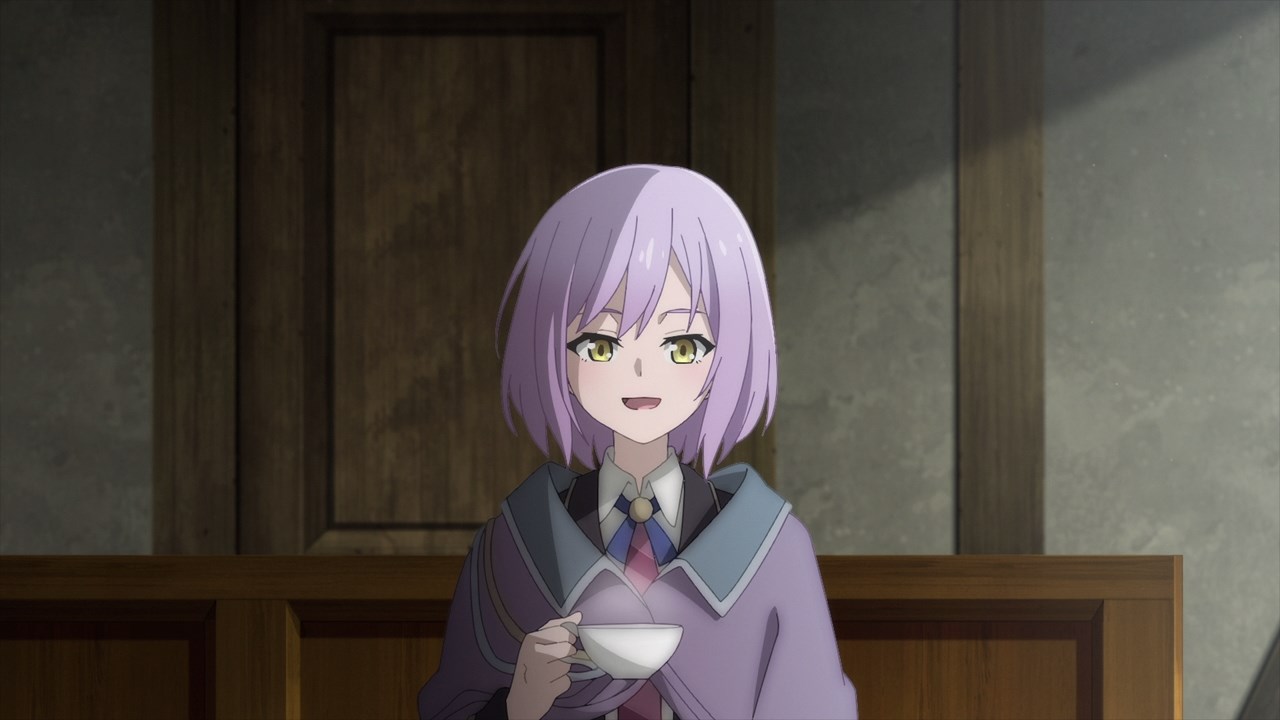 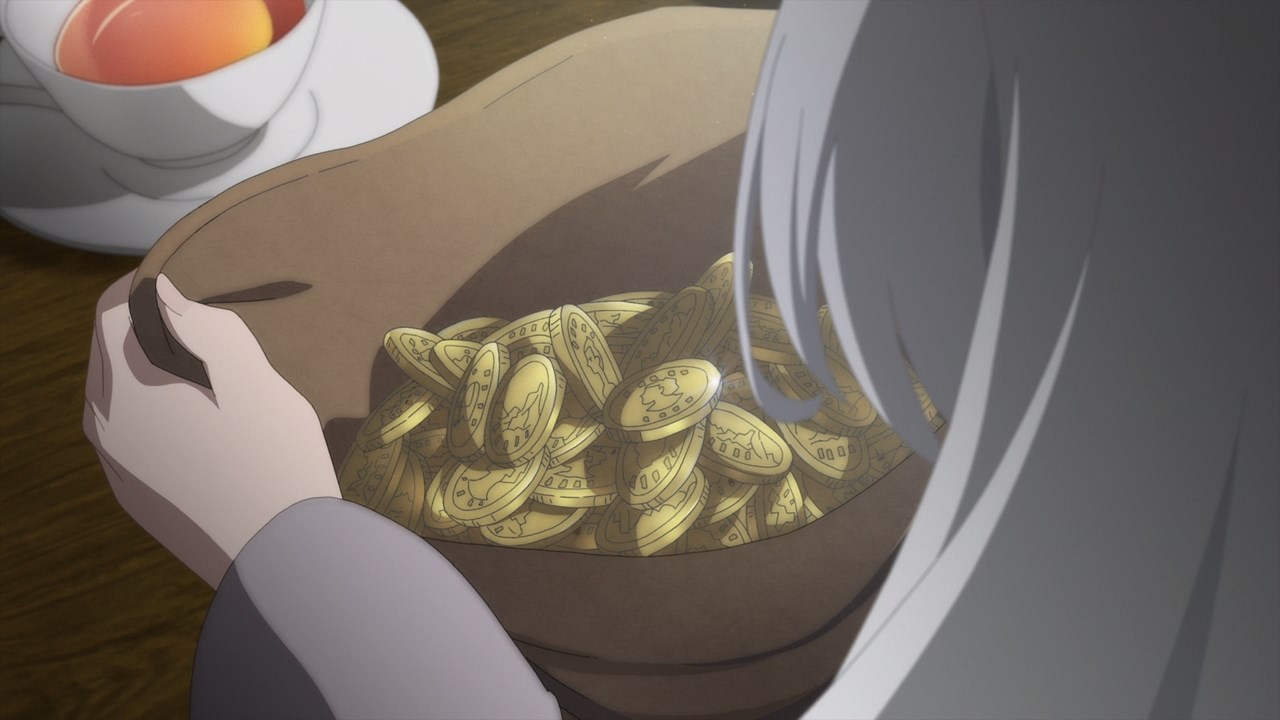 But first, Estelle will have to show a bag of gold coins to Elaina just to assure her that it’s not a scam. Then again, I’m hoping that these gold coins are legit. 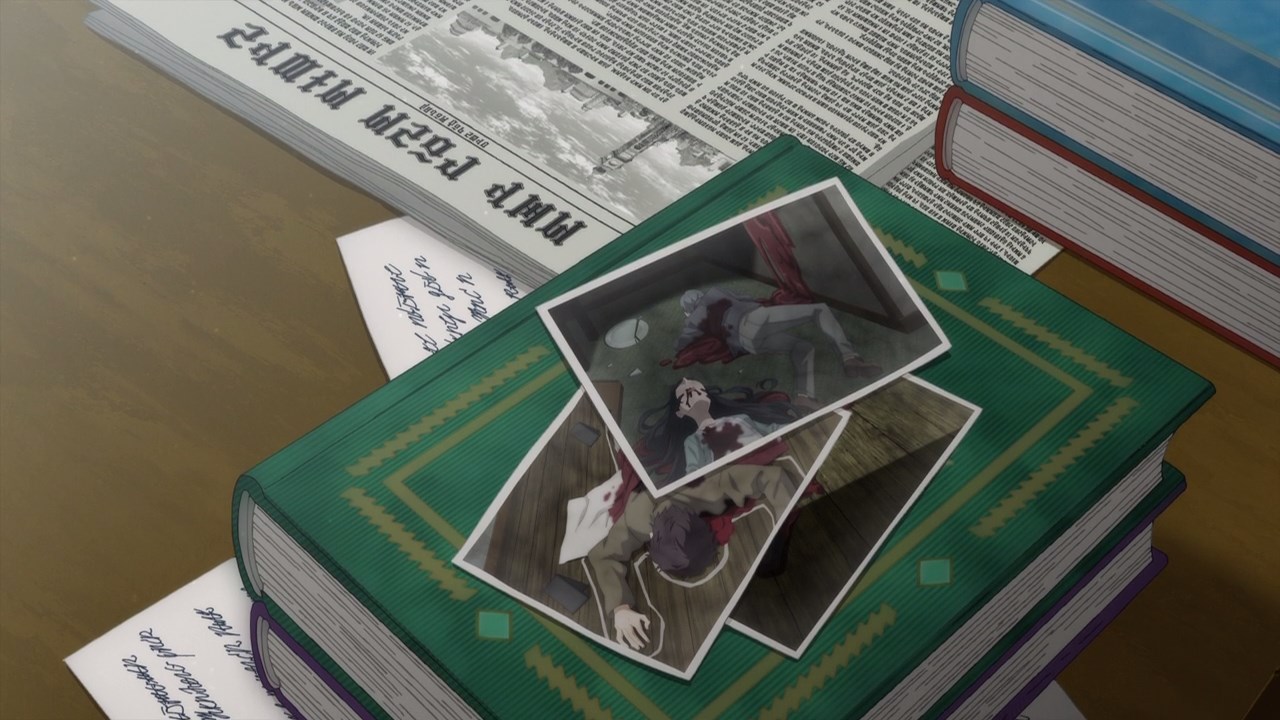 Anyways, Estelle told Elaina that her job will involve some time travel as the Lavender Witch needed an assistant on stopping a robber from murdering a couple a decade prior. Oh and here’s the thing though as the reason why Estelle wanted Elaina’s help on changing the future is because she wanted to save her friend Selena from her terrible fate.

You see, her friend suffered a lot where she lost her parents, being abused by her uncle which led Selena murdering him, all culminating in Estelle executing her. Yeah, Estelle regretted on killing her best friend which is why she wanted to change the past. 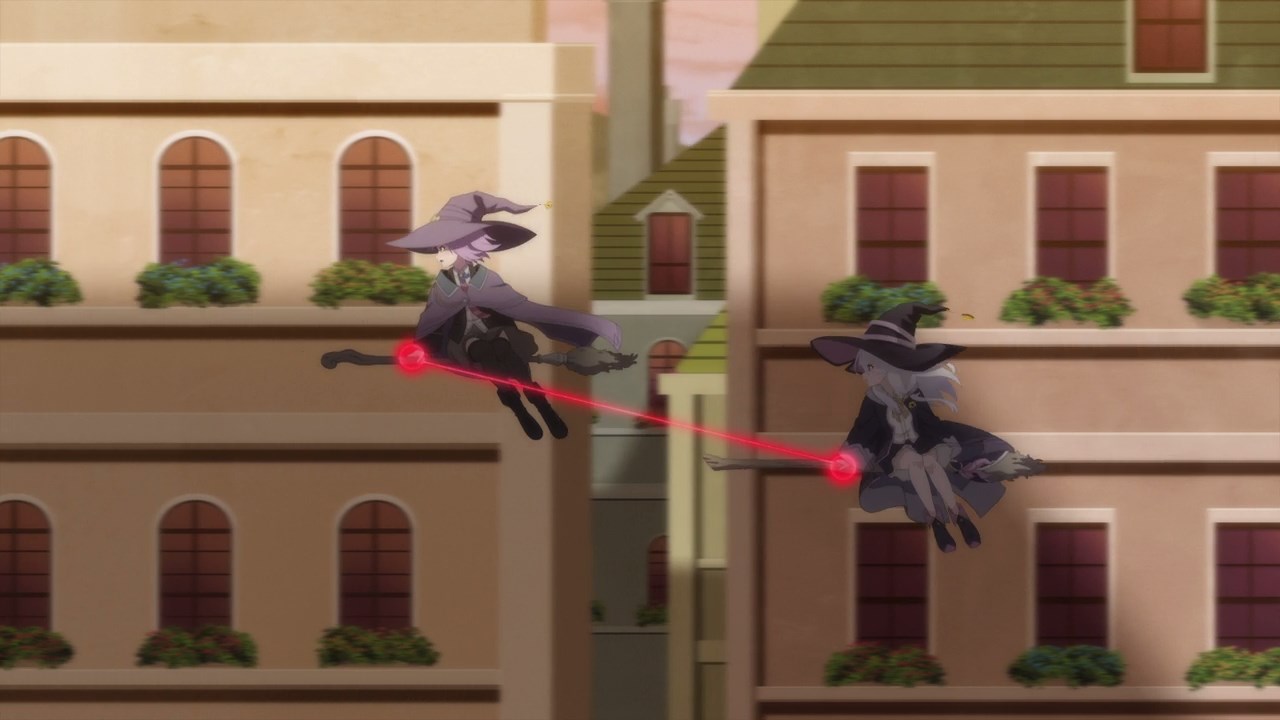 Now then, they’ve arrived at the past where Estelle and Elaina will have an hour to change the timeline. Oh yeah, and both witches are tethered with a magic ring, which is used to transfer magic from one another should either Estelle or Elaina ran out of mana. 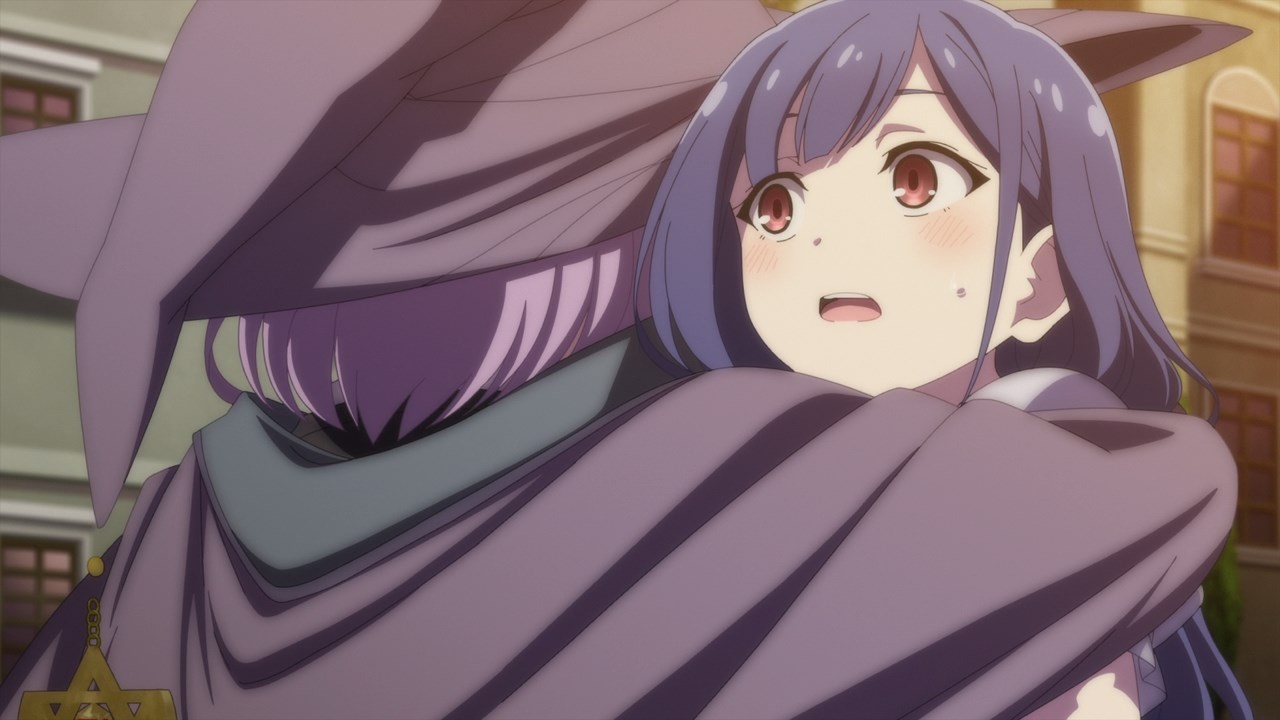 Anyways, their first order of business is to meet up with Selena as she’s still okay, although it would be better if Estelle didn’t have to hug her friend ’cause the Lavender Witch might get arrested for attempting to capture a child. 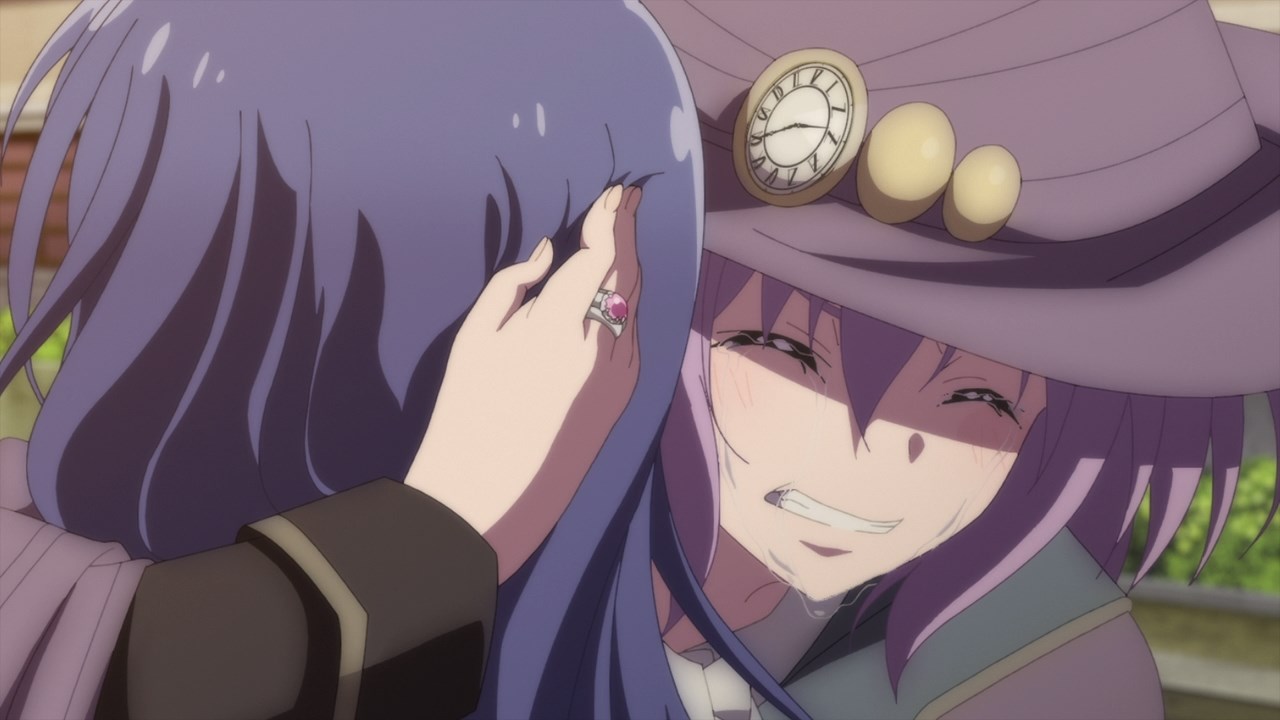 Still, that doesn’t matter to Estelle as she really missed her friend. Now then, it’s time for the Estelle and Elaina to save Selena’s parents. 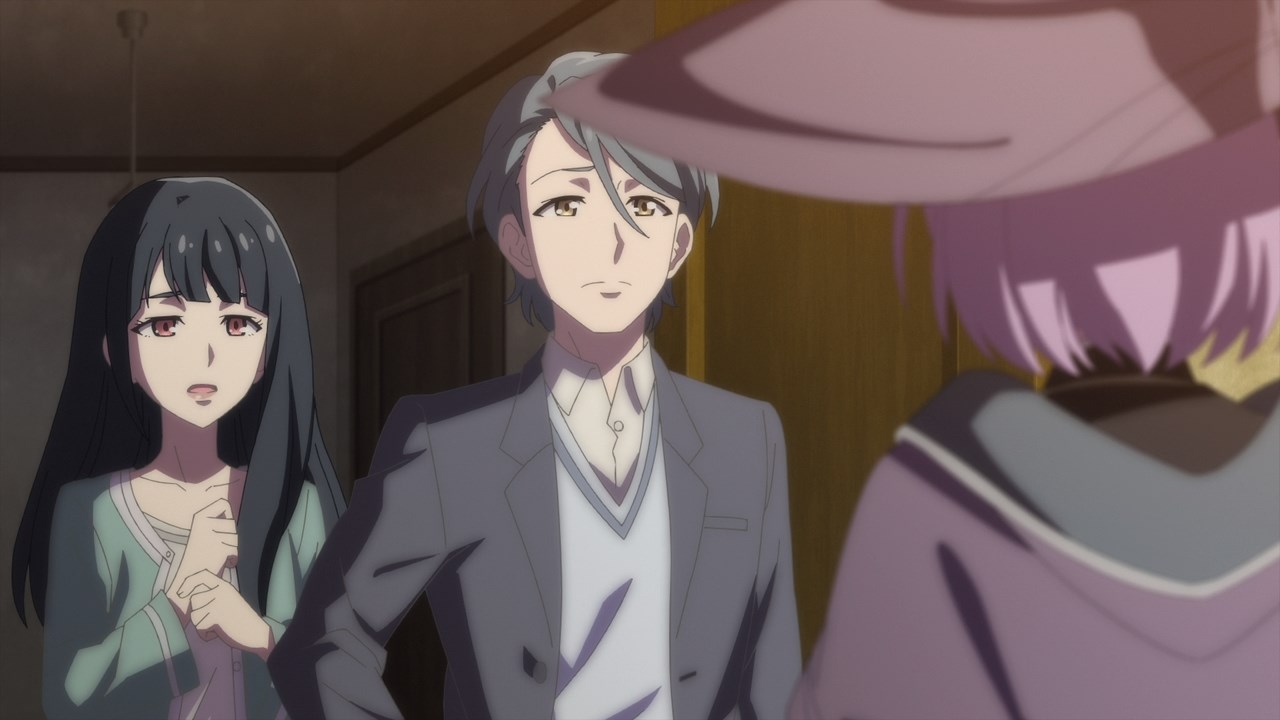 Of course, the Lavender Witch will have to introduce herself as Estelle’s older half-sister to Selena’s parents as she convince them to come with her. Simple as that! 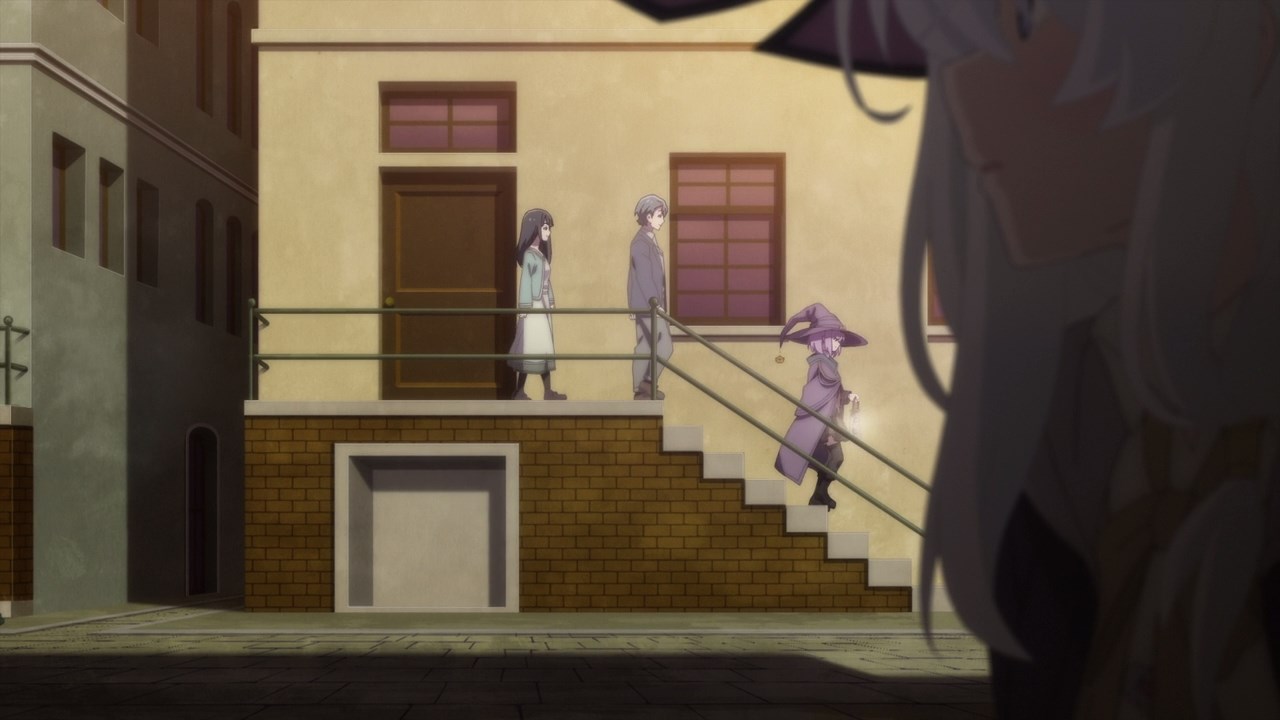 And it worked as Estelle took Selena’s parents to another place away from the robber. Now the only thing left to do is the apprehend the criminal in order to change Selena’s future. 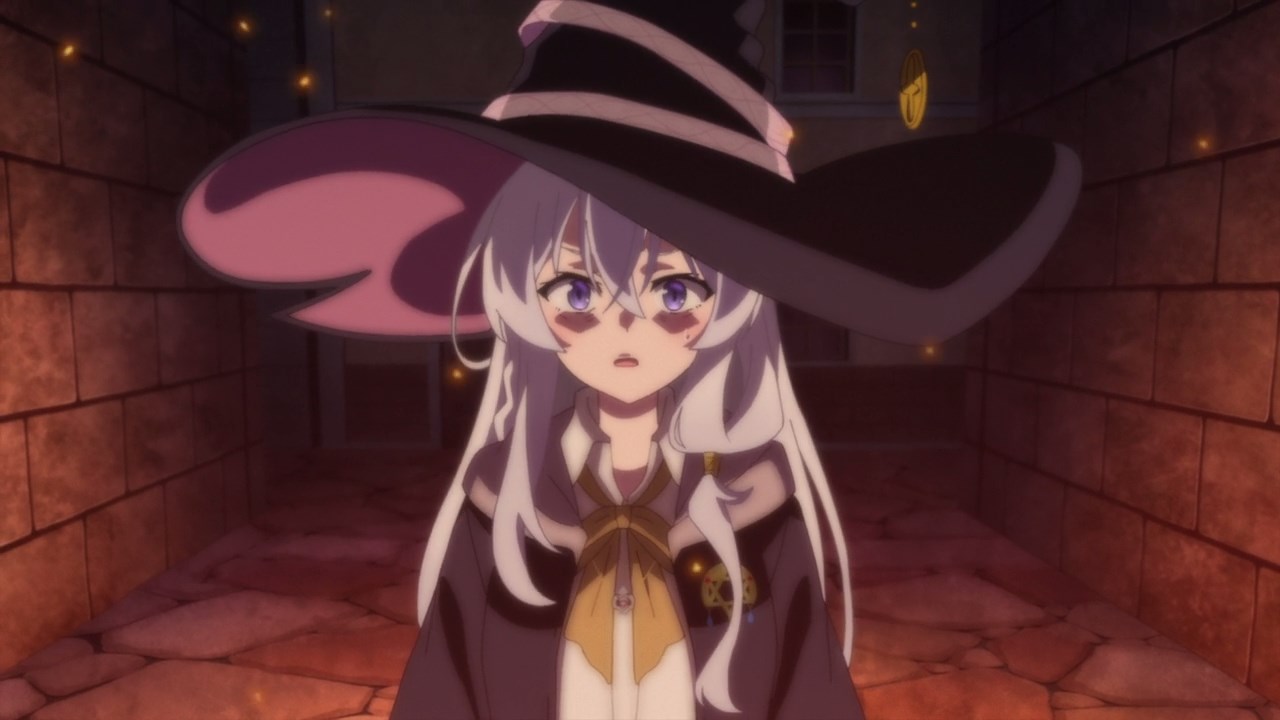 However, it appears that they have a miscalculation as the Ashen Witch saw something horrible… 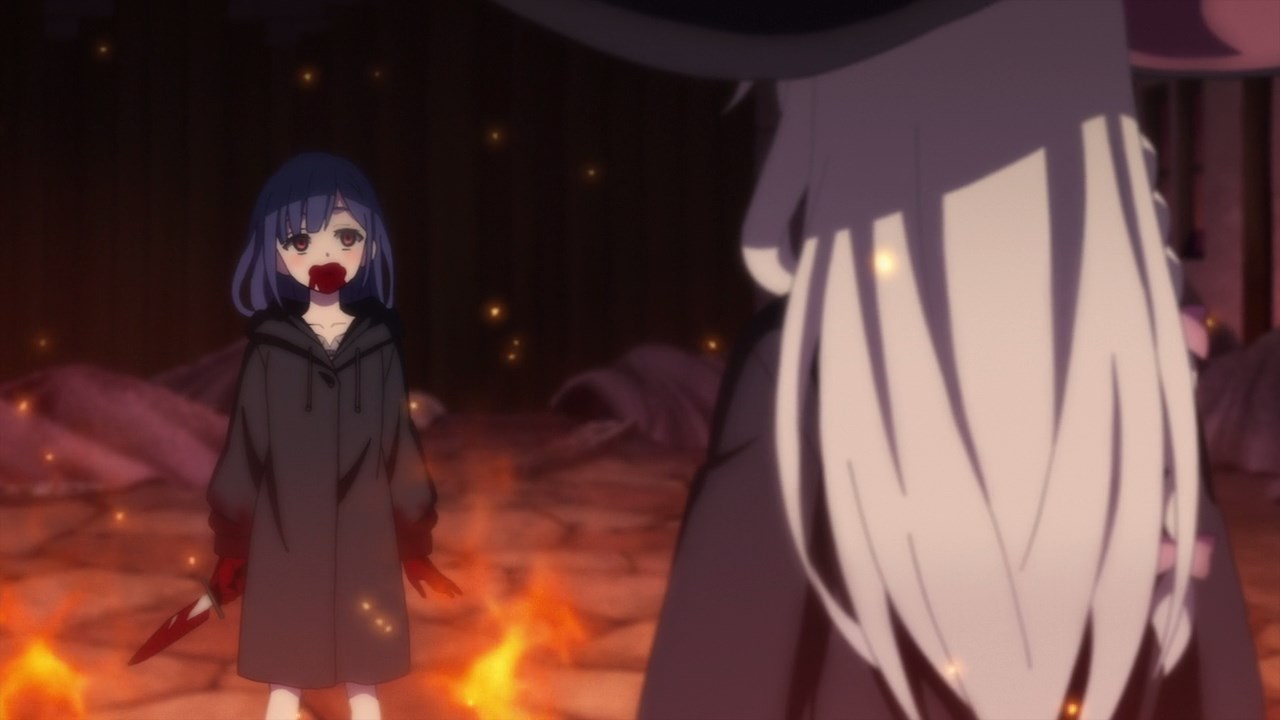 Turns out that the robber who murdered Selena’s parents is actually Selena herself. Oh, and there’s more to it as Selena was abused by her own parents which is why she killed them on that day.

In any case, nothing has changed as Selena will eventually become the murderer that would terrorize Rostolf for a few years until Estelle executed her friend. 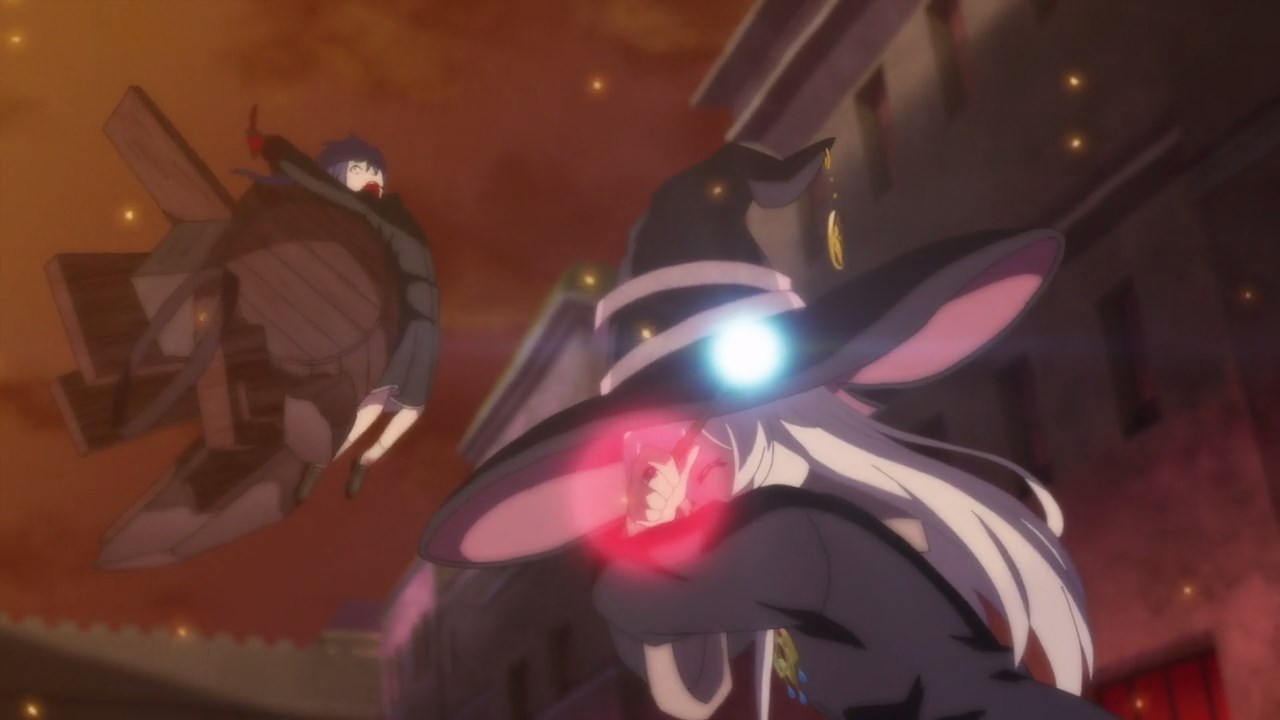 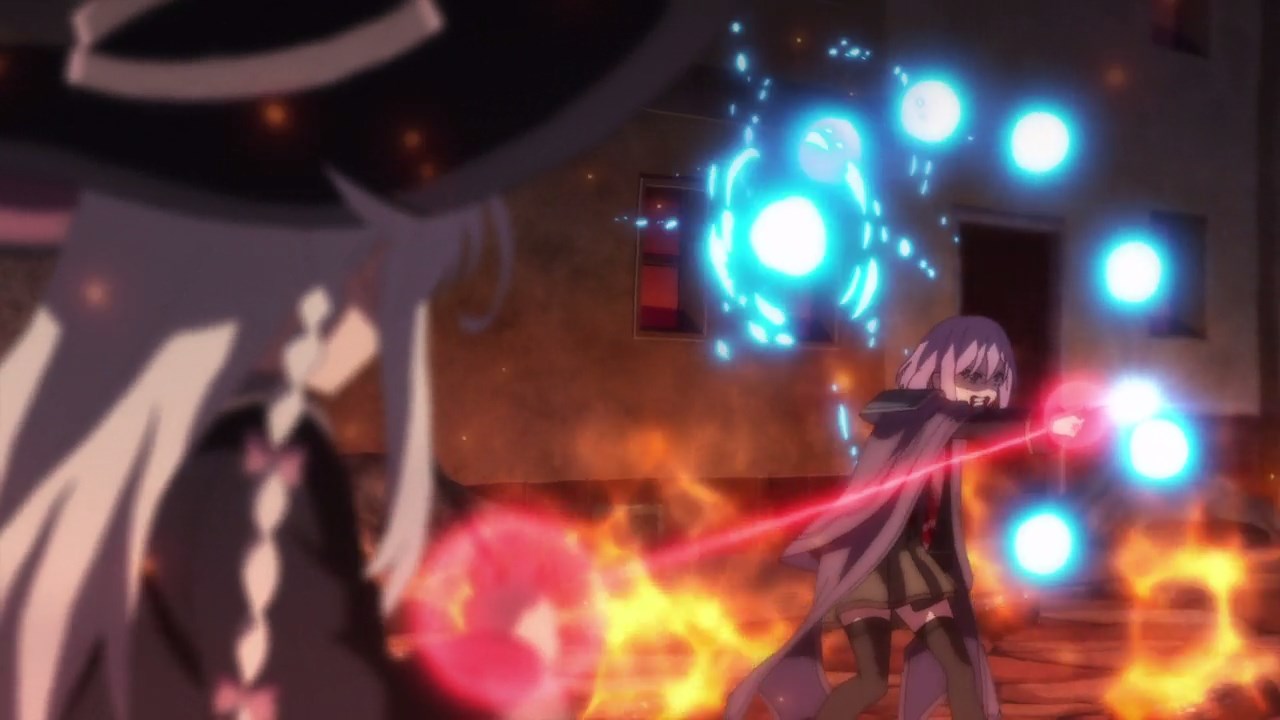 But speaking of Estelle, looks like she’s still alive but Estelle is really angry towards Selena for betraying her. C’mon, the Lavender Witch really trusted her since they’re kids. 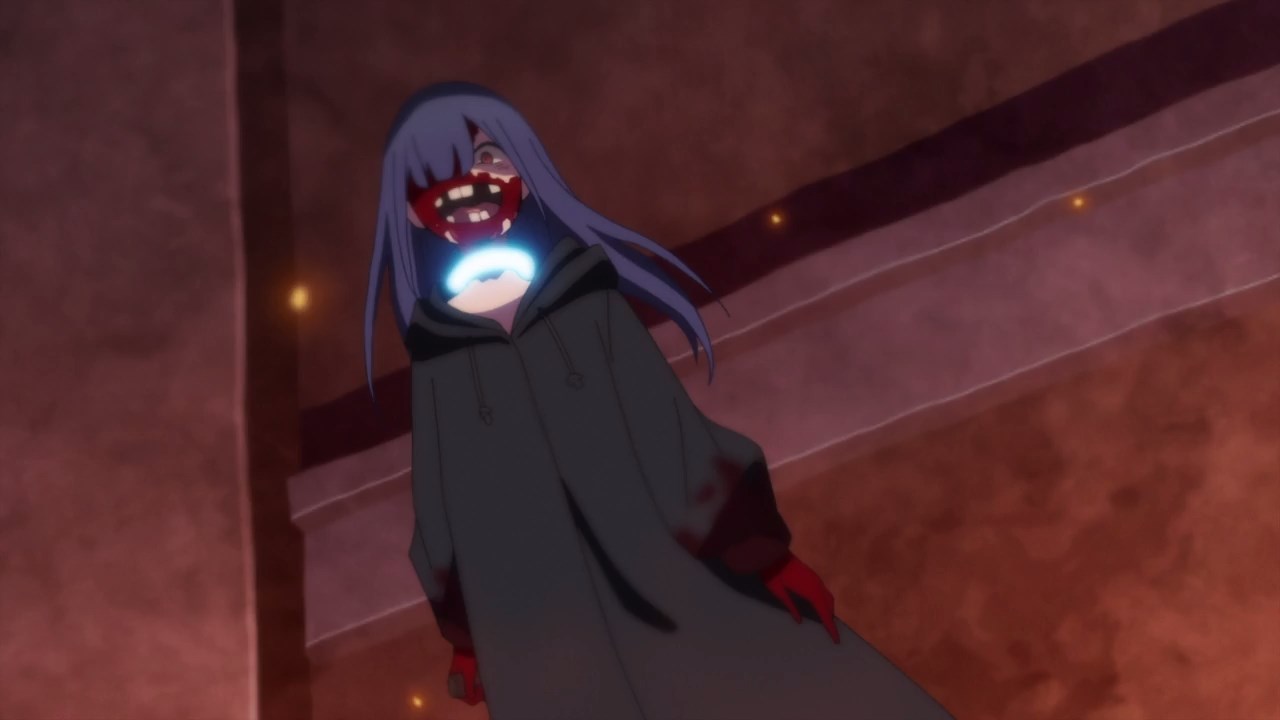 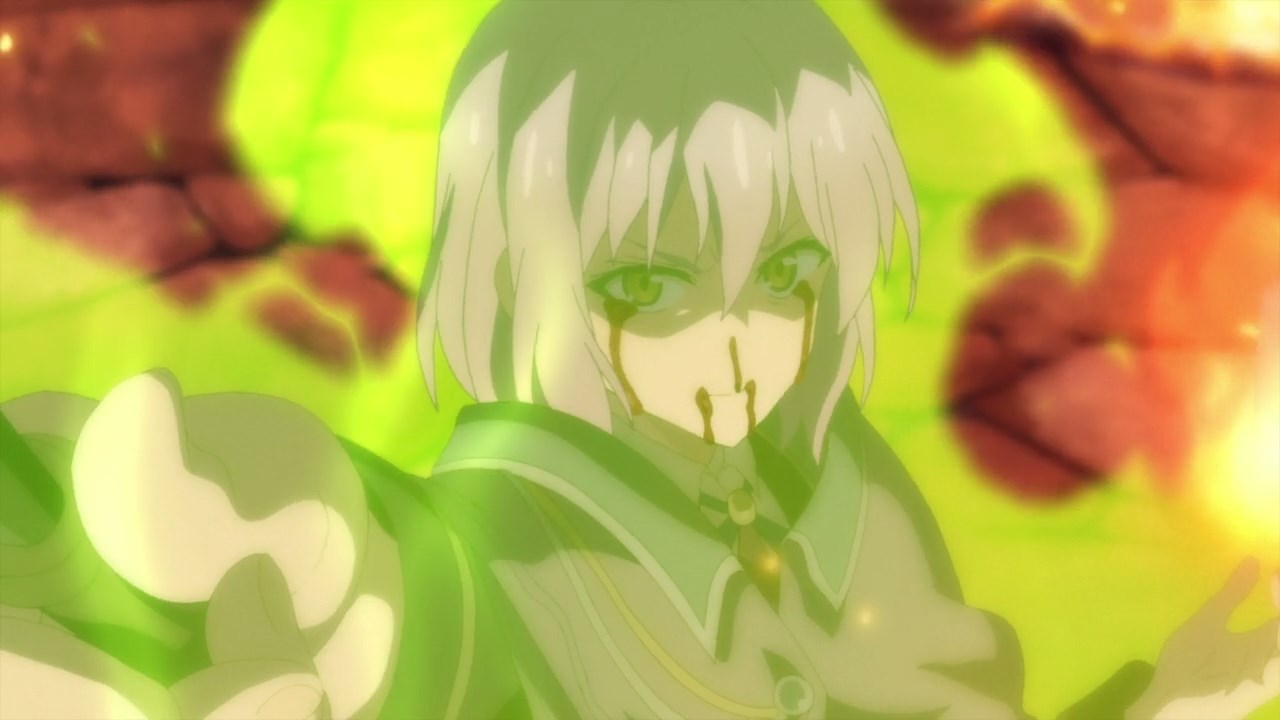 Now that she learned the horrible truth, Estelle won’t forgive Selena for her treachery as she’s gonna kill her best friend for another time.

Of course, things will be different this time as she’s gonna sacrifice her memories in order to kill Selena once and for all. 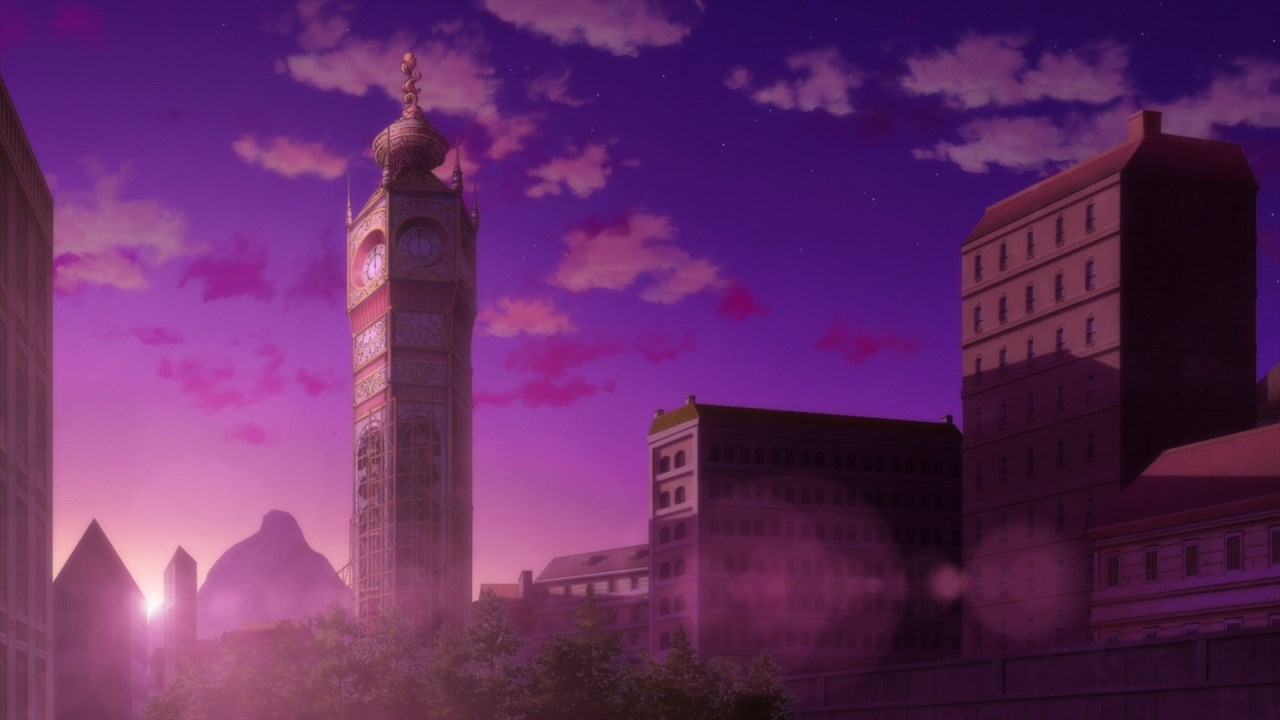 And so, the clock has finally struck at 6 o’clock as Estelle and Elaina returns to the present.

Of course, the witches have managed to change the timeline as Selena was executed, meaning that the murders won’t happen in the present day. 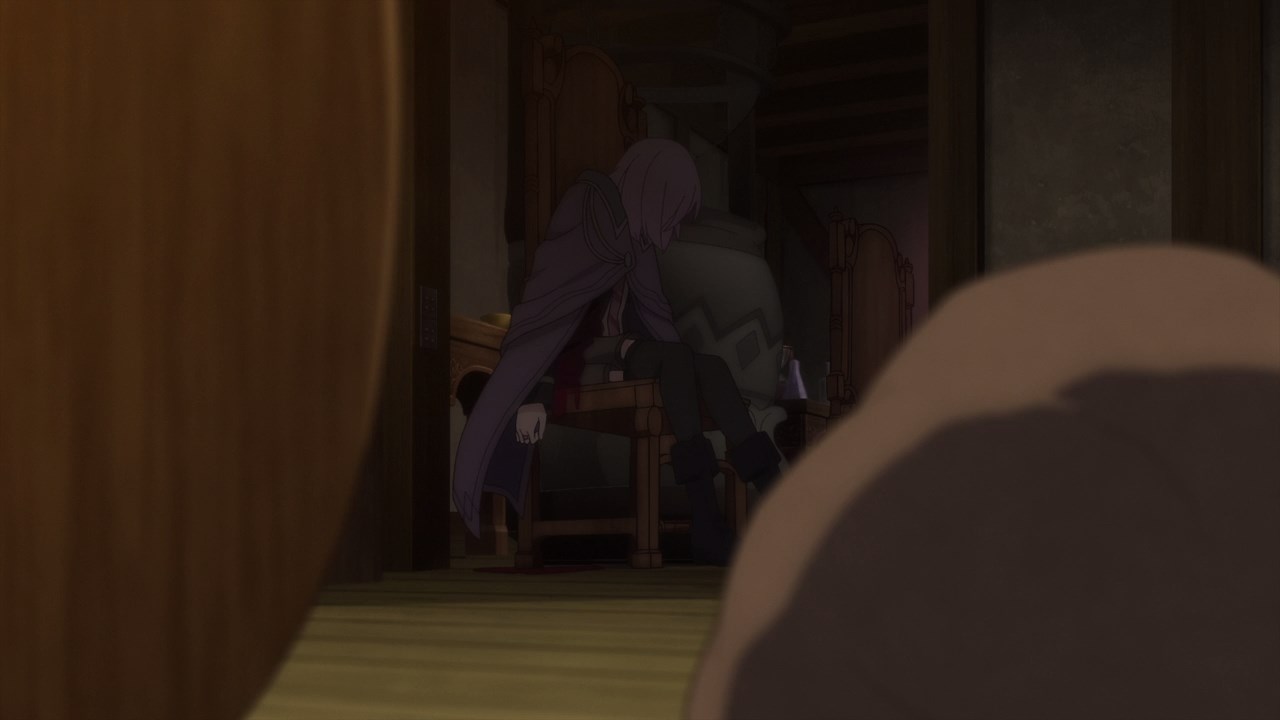 On the other hand, it appears that the Lavender Witch lost her memories regarding her friend Selena as she sits there, bleeding until Estelle dies to her mortal wounds.

You know something, I think they should have gone to a different timeline and find a way to make Selena’s parents treat her better. Alas, it was too late to change that. 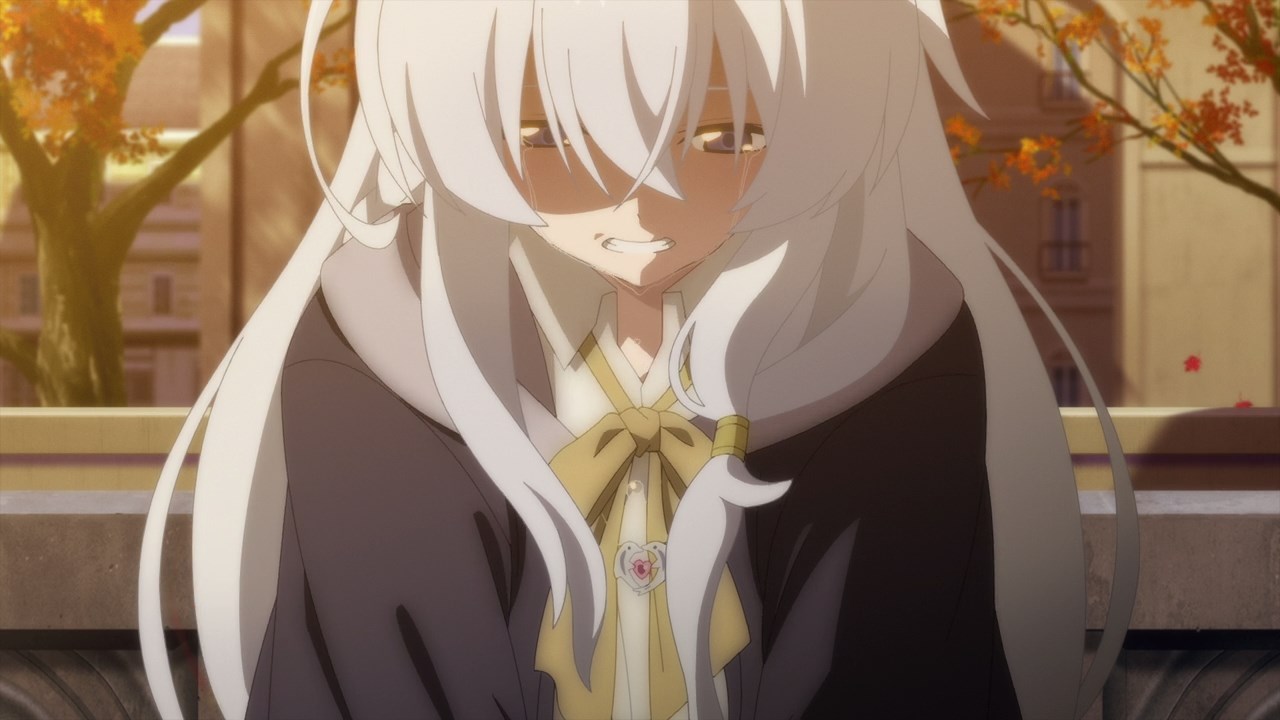 As for the Ashen Witch, seems that she’s not eager to claim the reward simply because Elaina was horrified that not only Estelle failed to save Selena, the Lavender Witch was forced to kill off her best friend in the past.

But that’s about it for this episode and really, this is more morbid than Episode 4 that the studio issued a content warning at the start of Episode 9. So while the Clock Village is no longer threatened by a serial murder because Estelle changed the past, the Ashen Witch won’t forget the horrible day that transpired in Rostolf.

Anyways, I’ll see you next time as Majo no Tabitabi has 3 episodes left.