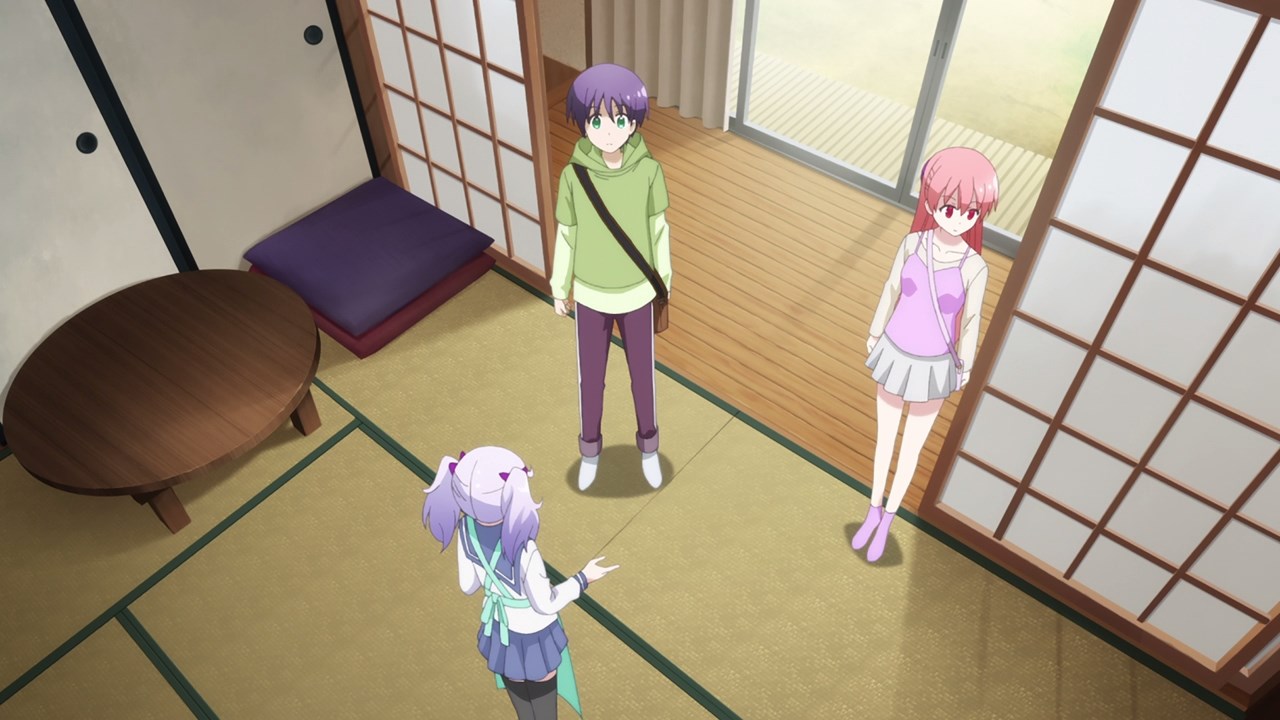 So in regards to the fire that happened at the Tachibana Apartments? Well, there was a lightning strike which sparked a fire, meaning that Chitose Kaginoji didn’t commit arson on the apartment.

As for Nasa and Tsukasa Yuzaki, looks like they’re staying at the Arisugawa residence where Kaname welcomed them with open arms. You know what, I think they should take the money from Nasa’s parents and rent a bigger apartment, but still I’m glad that they have a place to stay. Now if only Nasa’s important documents are safe from the fire… 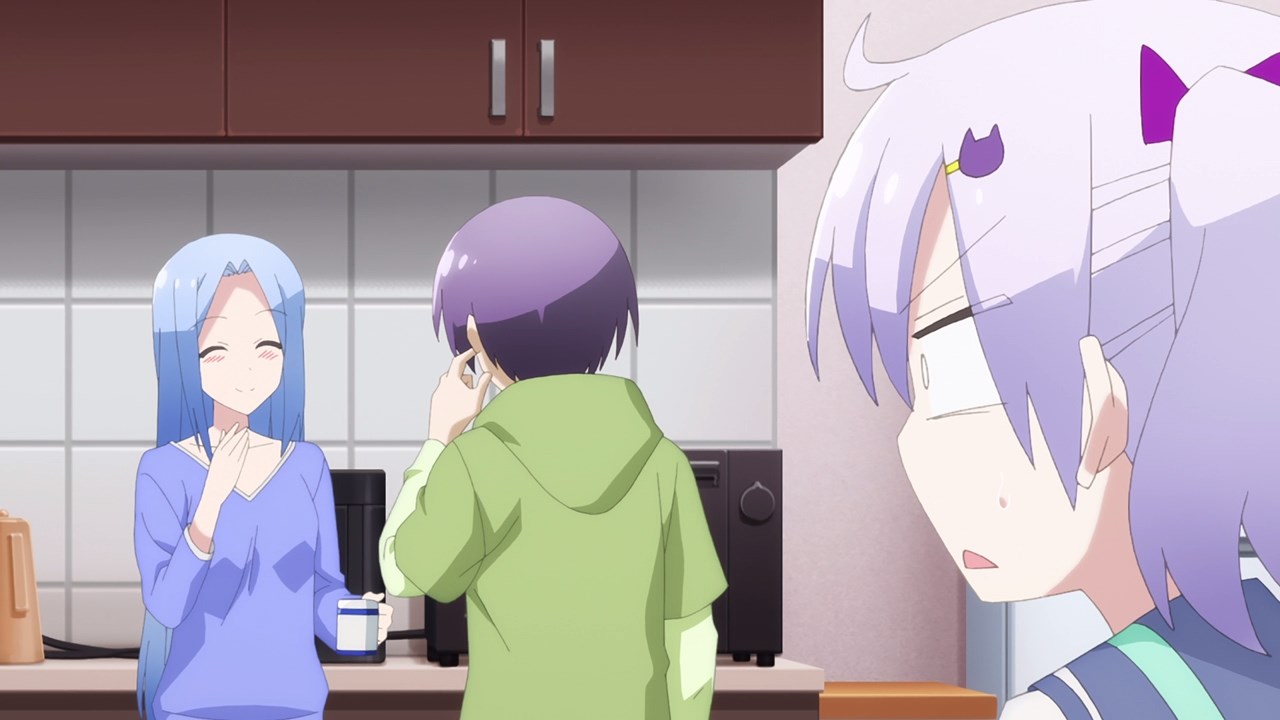 Oh yeah, here’s Aya Arisugawa where she’s still not aware that Nasa Yuzaki is married to Tsukasa Tsukuyomi. Even Kaname is scared that her sister might get shocked when she knows the harsh truth about her crush. 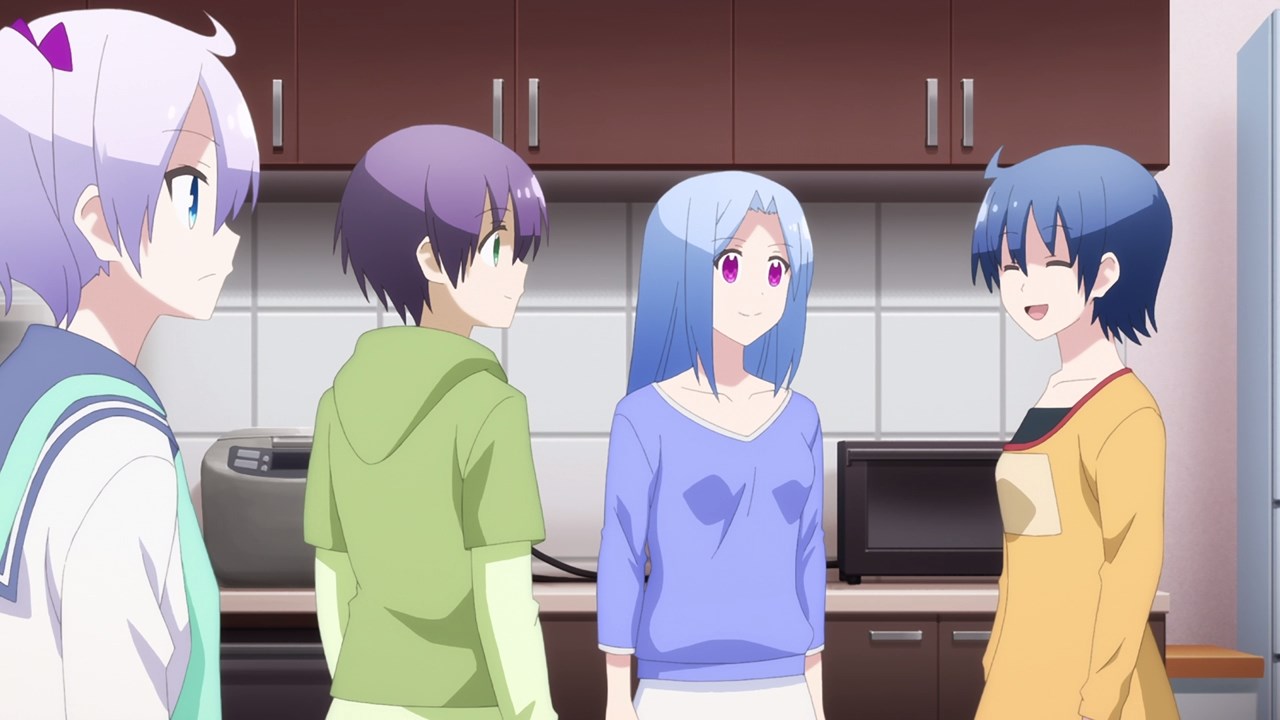 Well, that’s until their mother barged in where she nonchalantly told Aya that Nasa-kun is already married to Tsukasa-chan. Oh Mrs. Arisugawa, you didn’t mince words with that savage truth! 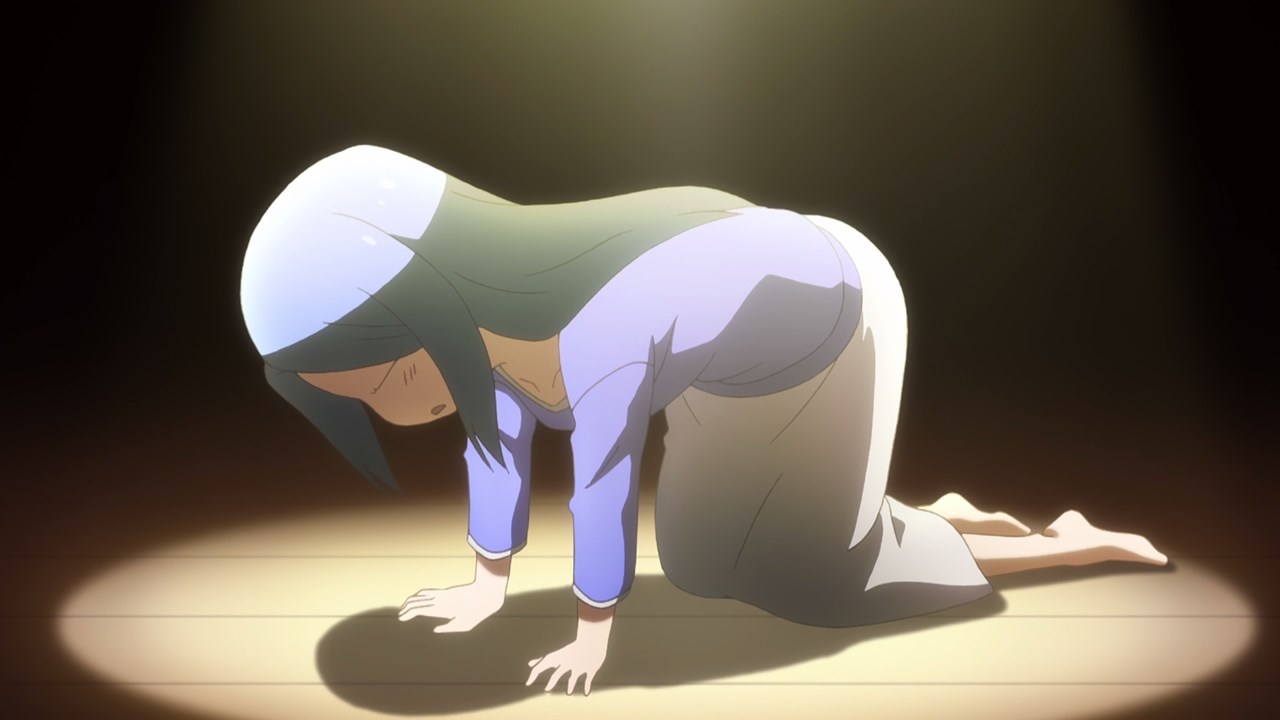 And just like that, Aya’s love towards Nasa-kun has finally crushed into pieces. Poor Aya-chan, she was too late to confess her feelings to her crush. 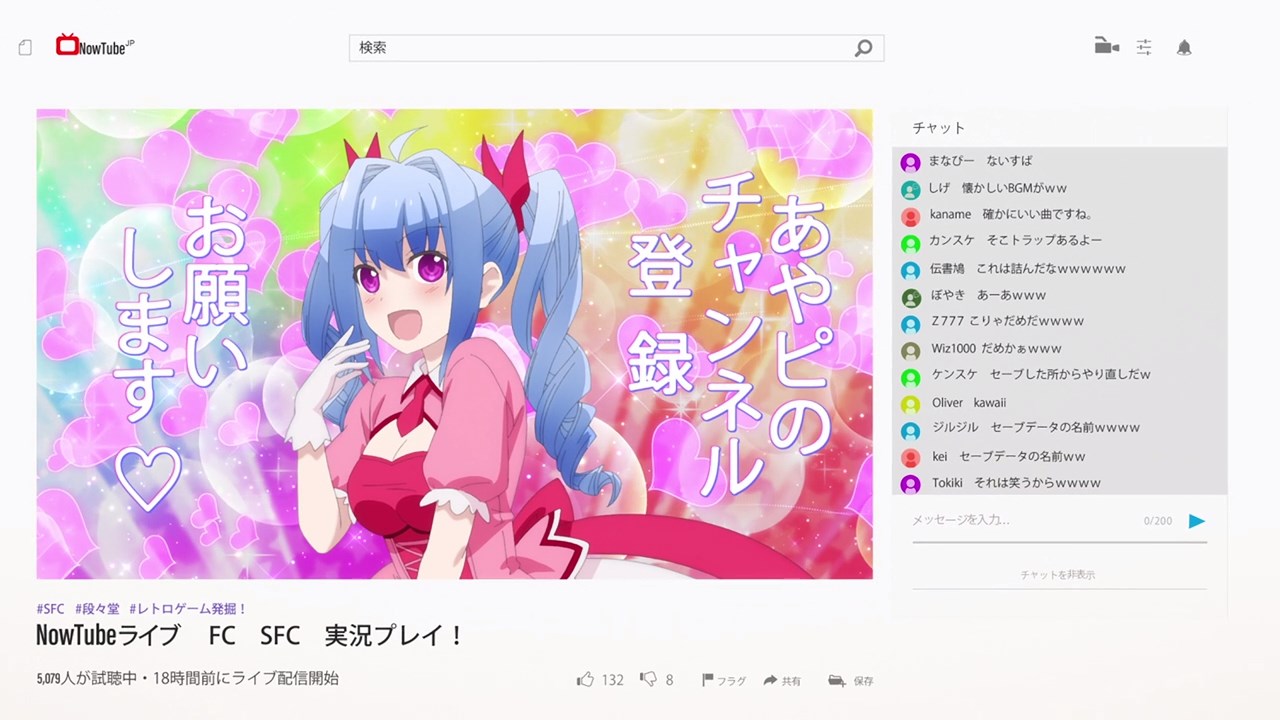 Thus, Aya Arisugawa has decided to become a Youtuber (or Nowtuber) instead. I bid her good luck on her new endeavor! 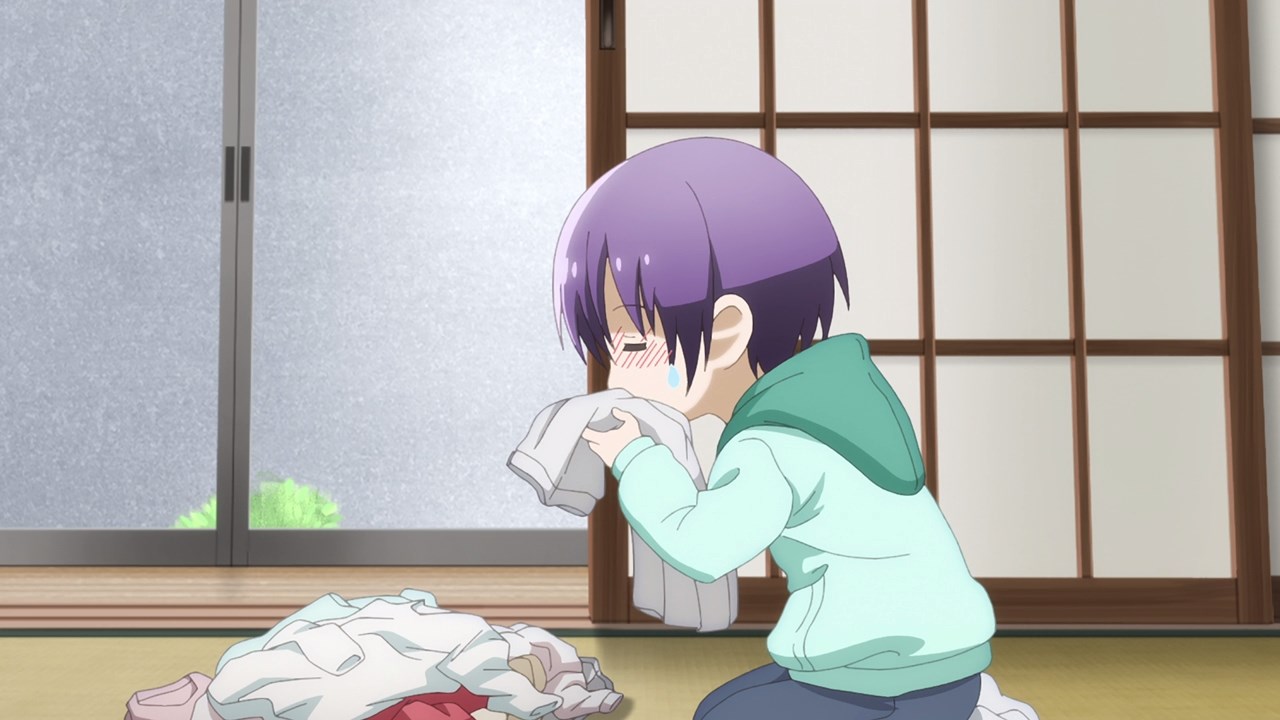 Meanwhile, looks like Nasa Yuzaki is sniffing on Tsukasa’s smelly clothes. Let’s hope that no one will see him doing that. 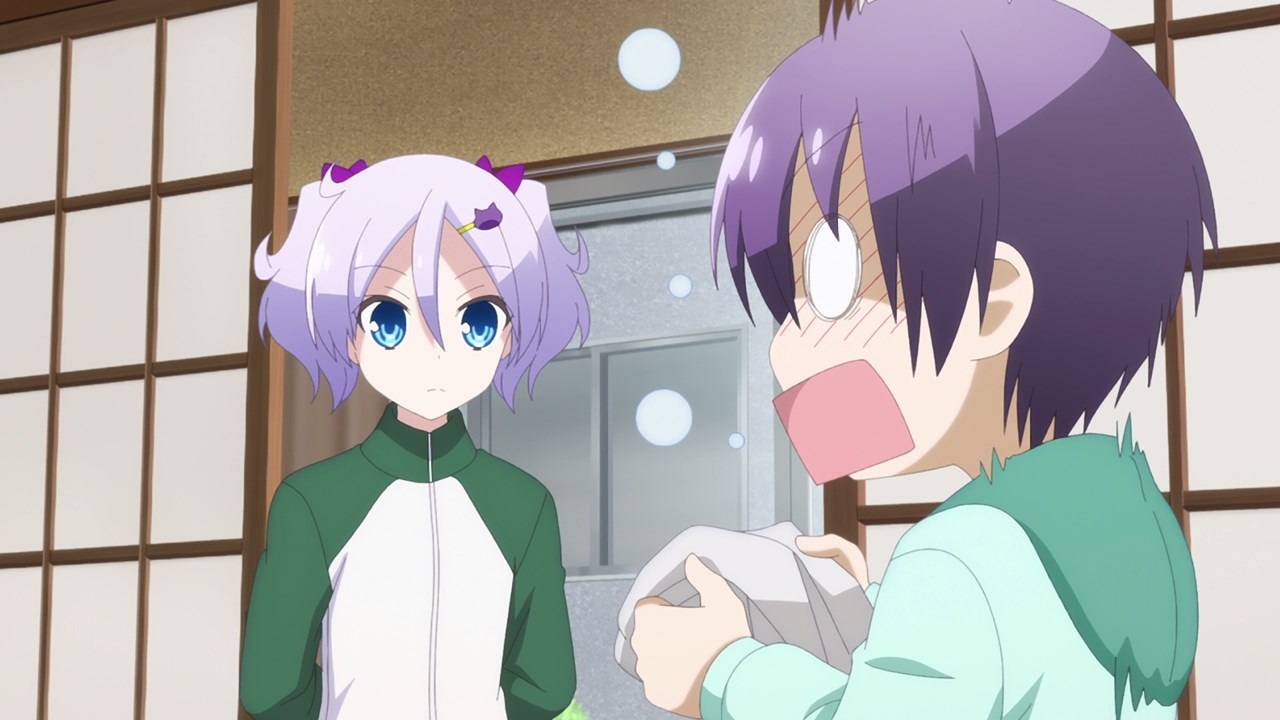 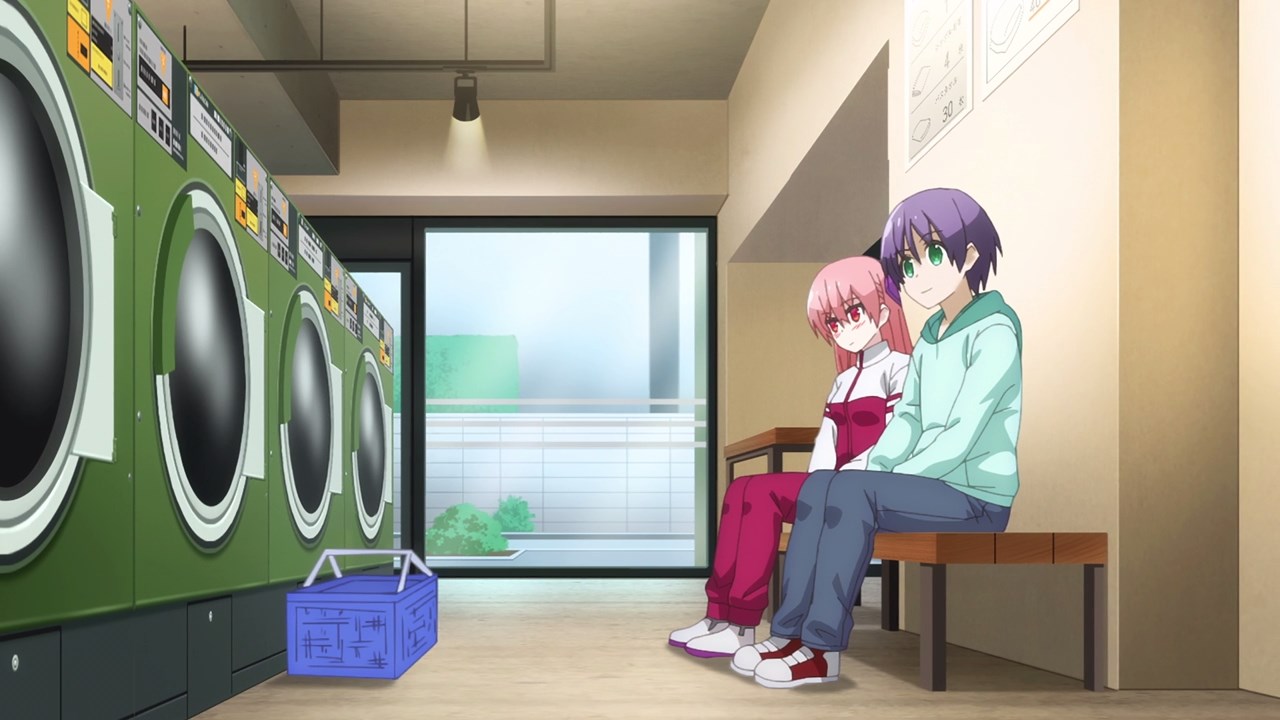 Anyways, he and Tsukasa-chan went to the laundromat to wash their clothes since it’s the only one they have.

Oh yeah, the laundromat is being owned by the Arisugawa family, meaning that they’re filthy rich. Well, you may thank Nasa-kun for fixing their financial problems. 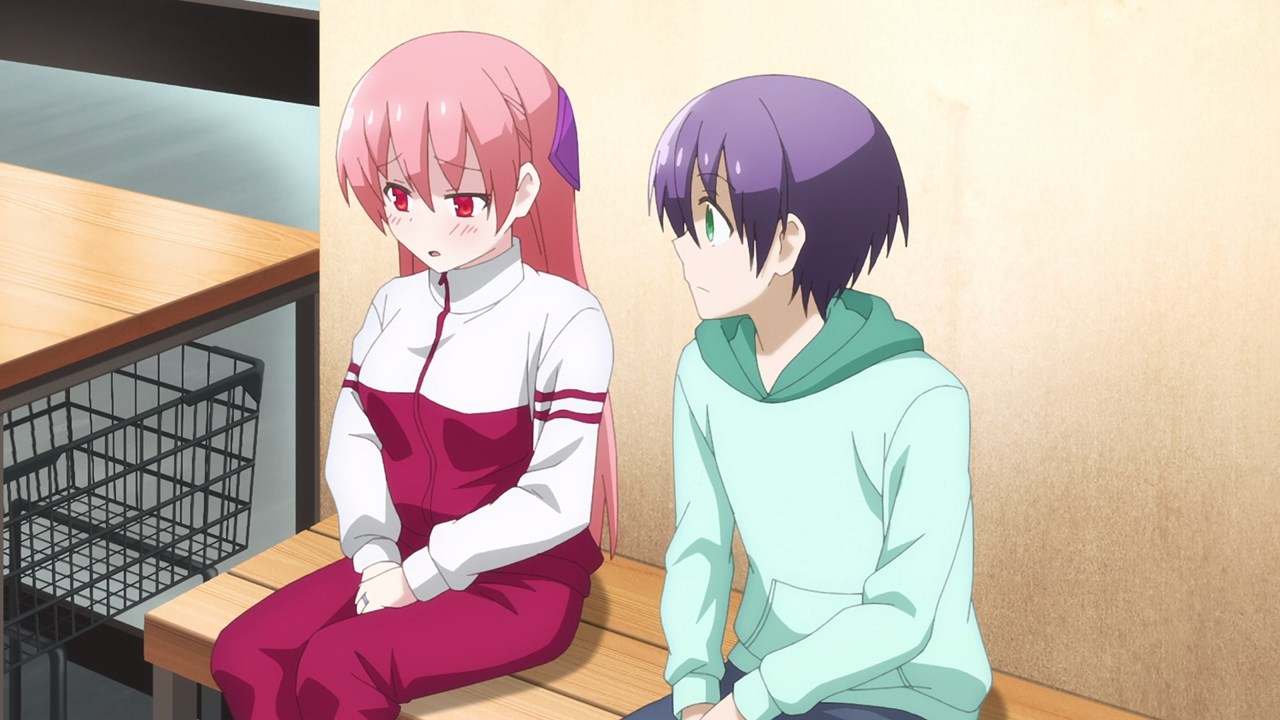 Speaking of Tsukasa-chan, she told Nasa-kun not to stare at her very much as she’s not wearing any underwear. 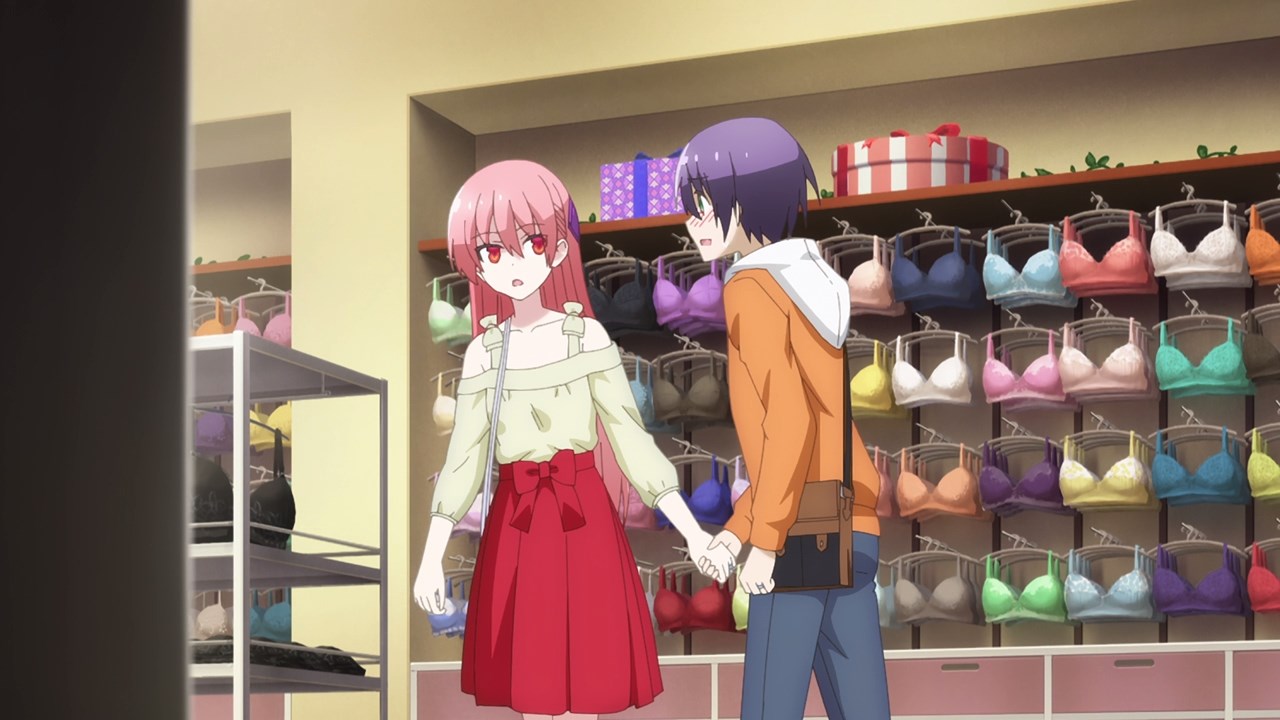 Well then, time for them to buy some spare clothes since they can’t wear the same getup all the time.

But first, they need to go to the lingerie section where Tsukasa-chan needs to buy a new pair. 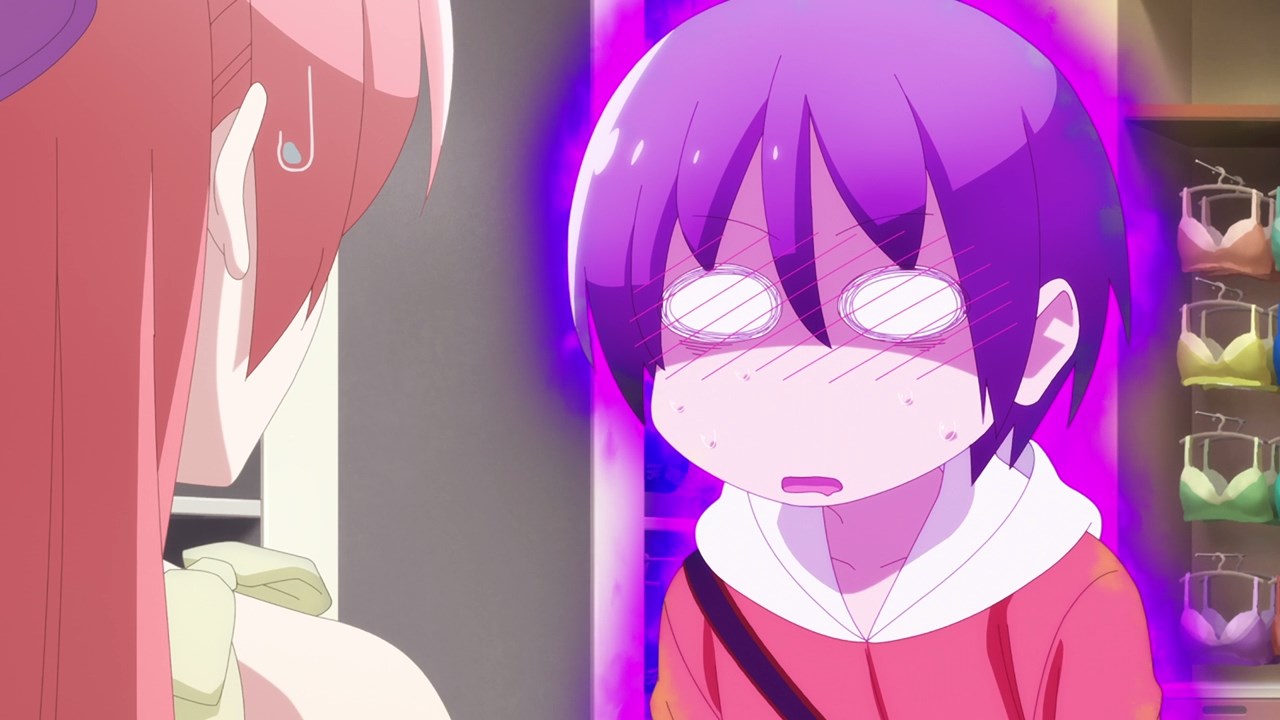 Oh yeah, she brought Nasa-kun where he’s looking more like a suspicious pervert than a reliable husband. Um Nasa-kun, keep your horniness in check!

Anyways, looks like the couple bought some new set of clothes, including a new pair of underwear for Tsukasa-chan. Still, I’m hoping that they found a place to stay on the next episode instead of being stuck inside the Arisugawa residence forever.