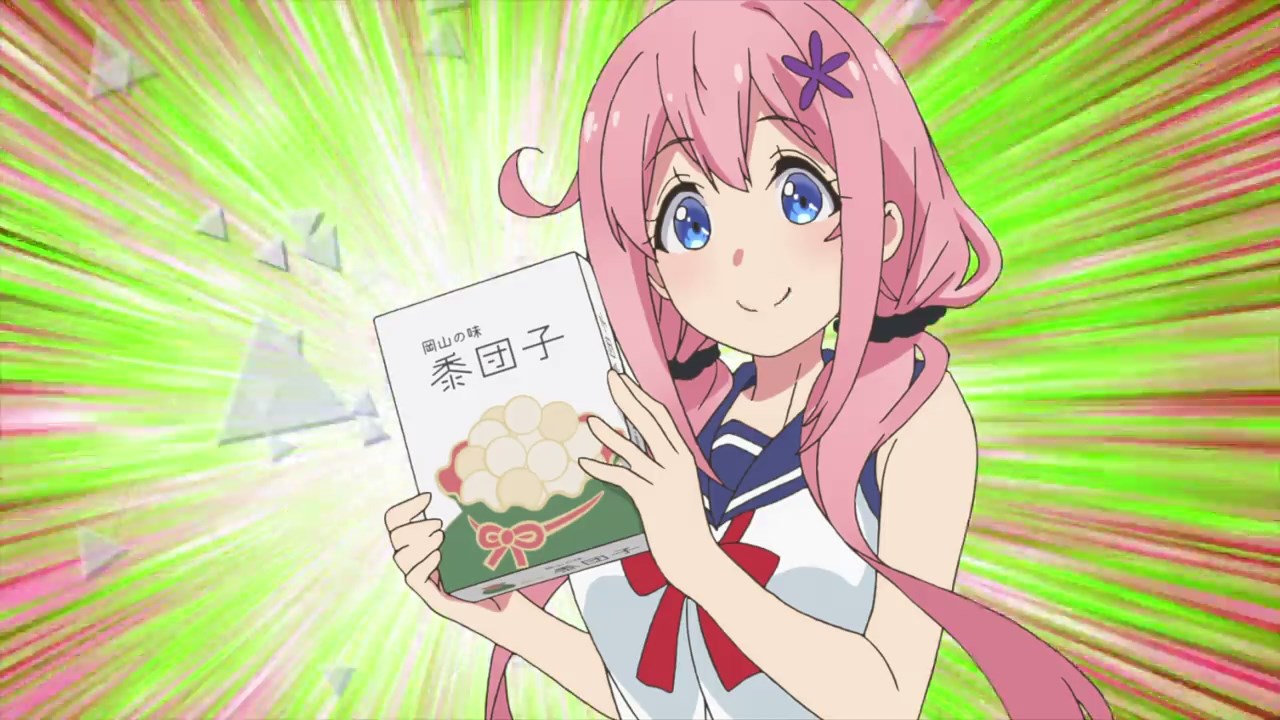 On this episode, Ino Sakura shows everyone a box of kibi dango which is a nice snack hailing from Okayama Prefecture. 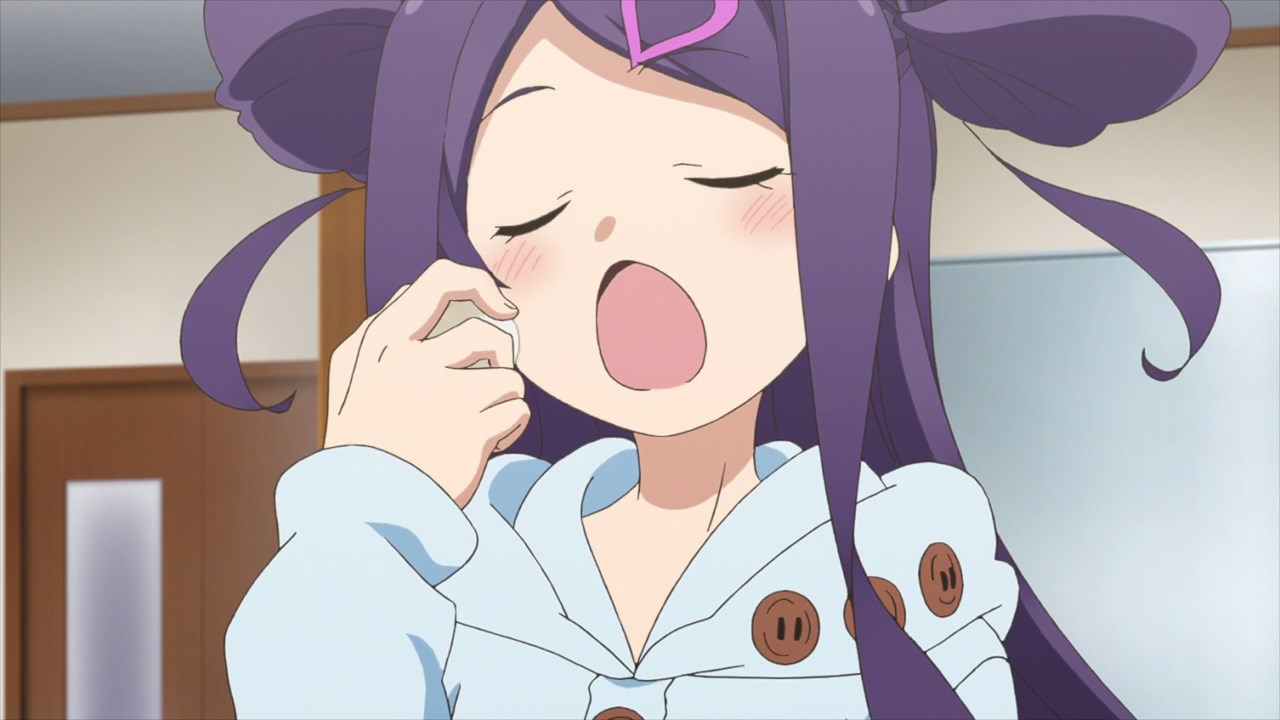 Of course, Ino-chan shared her snack to everyone at Nezumisou as Roko Sekino is gonna eat it. 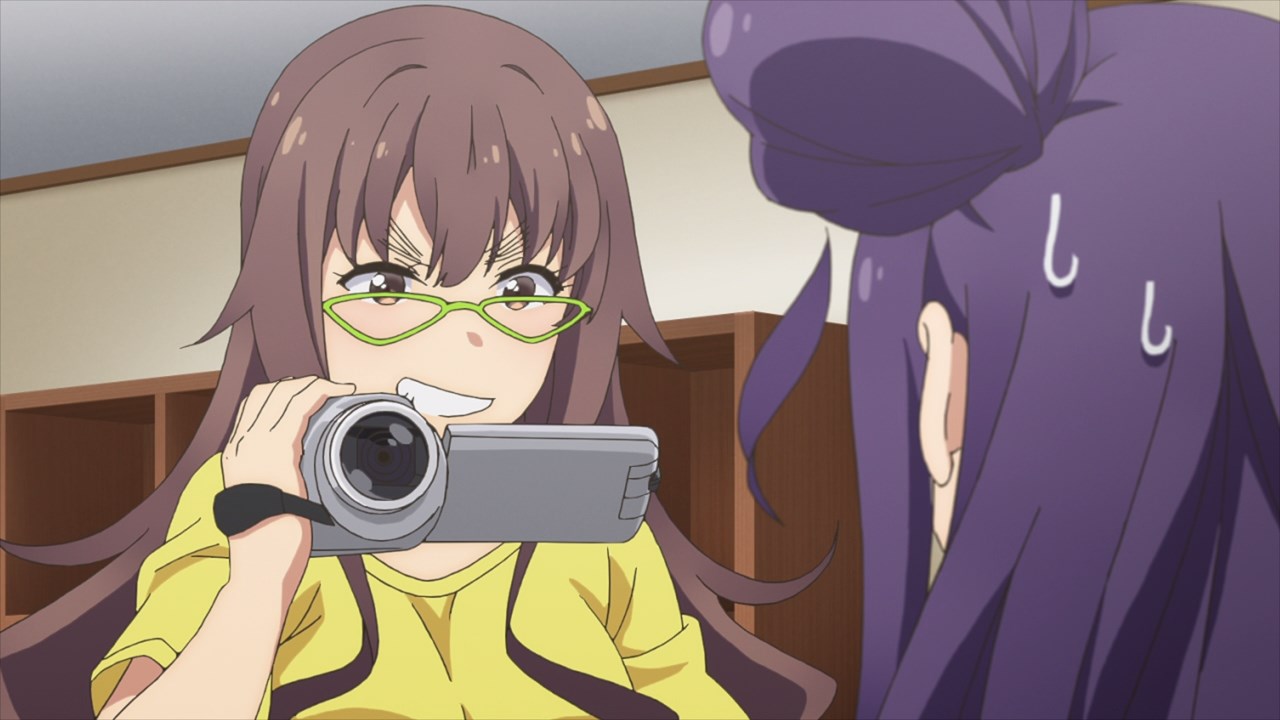 Okay Hoho-san, they want to enjoy eating sweets in peace, not to strike a pose in front of the camera because Fruit Tart are taking a break from their 5-minute program. 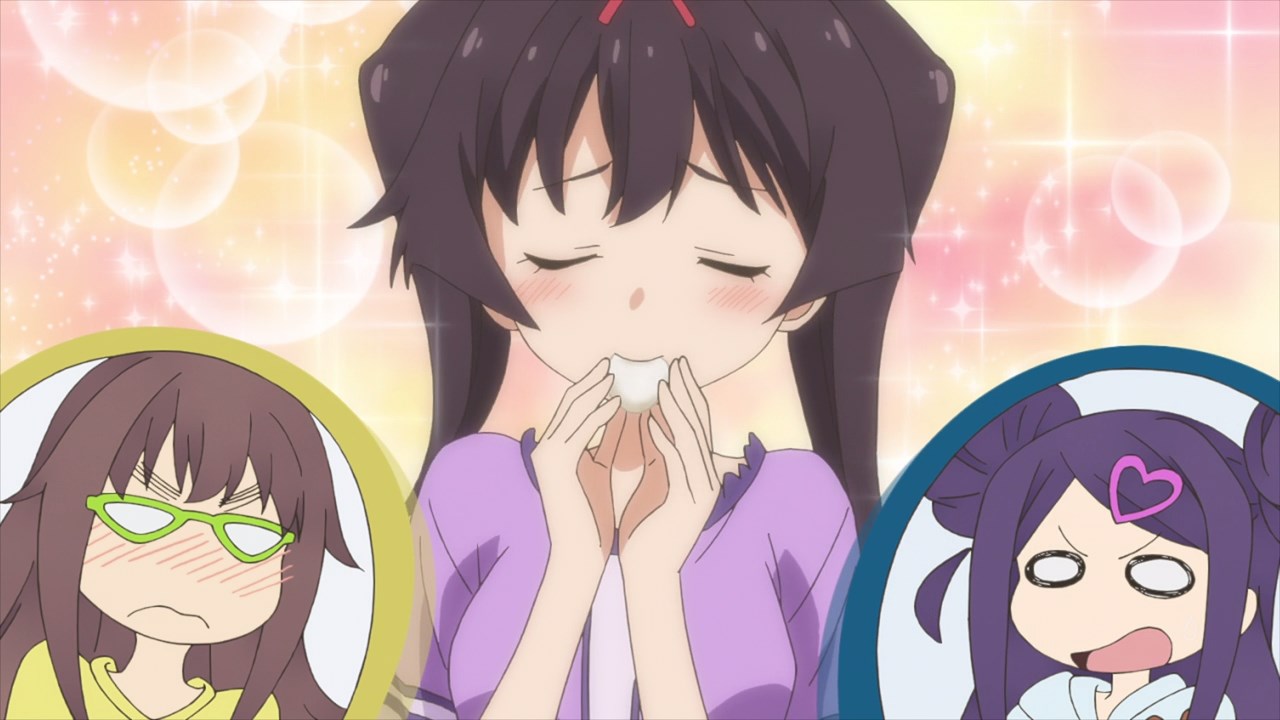 But, that doesn’t stop Hemo Midori from lewdly eating the kibi dango. Looks like Kajino will record that for future reference. 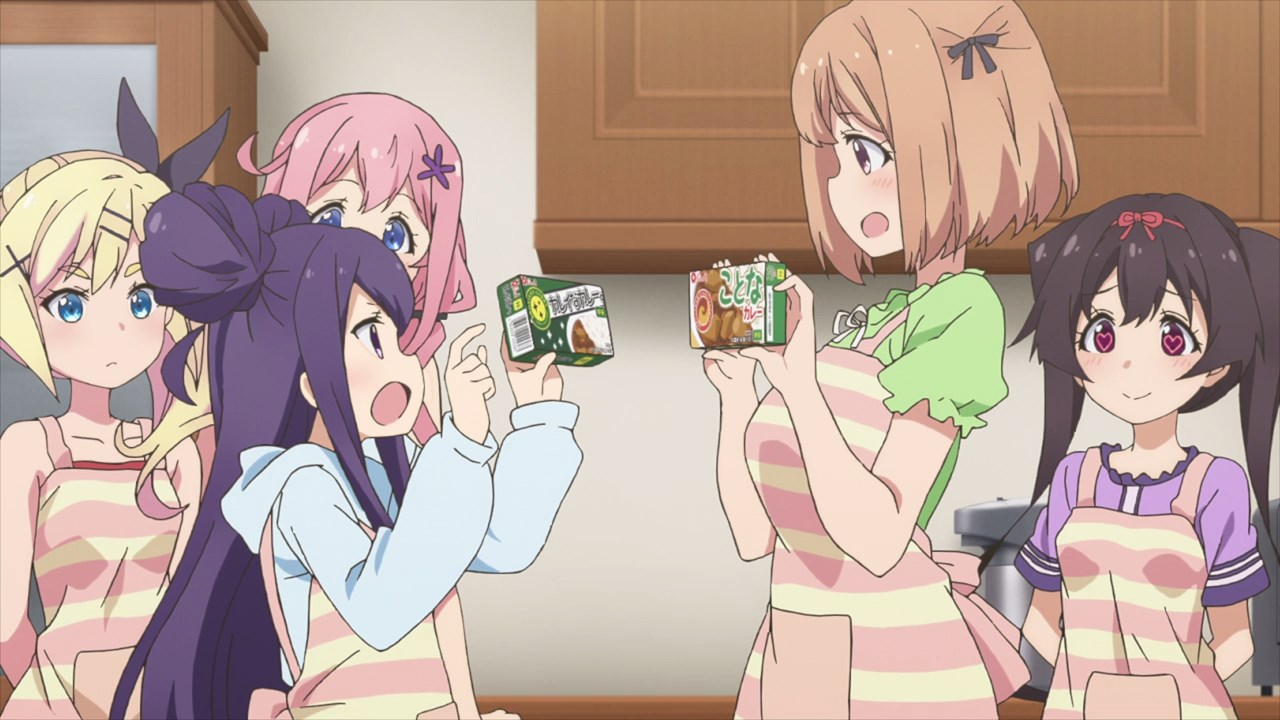 Aside from that, looks like Fruit Tart will have a curry party as they’ll make one, although I’m not sure which ingredient shall be used for curry since they don’t have money. 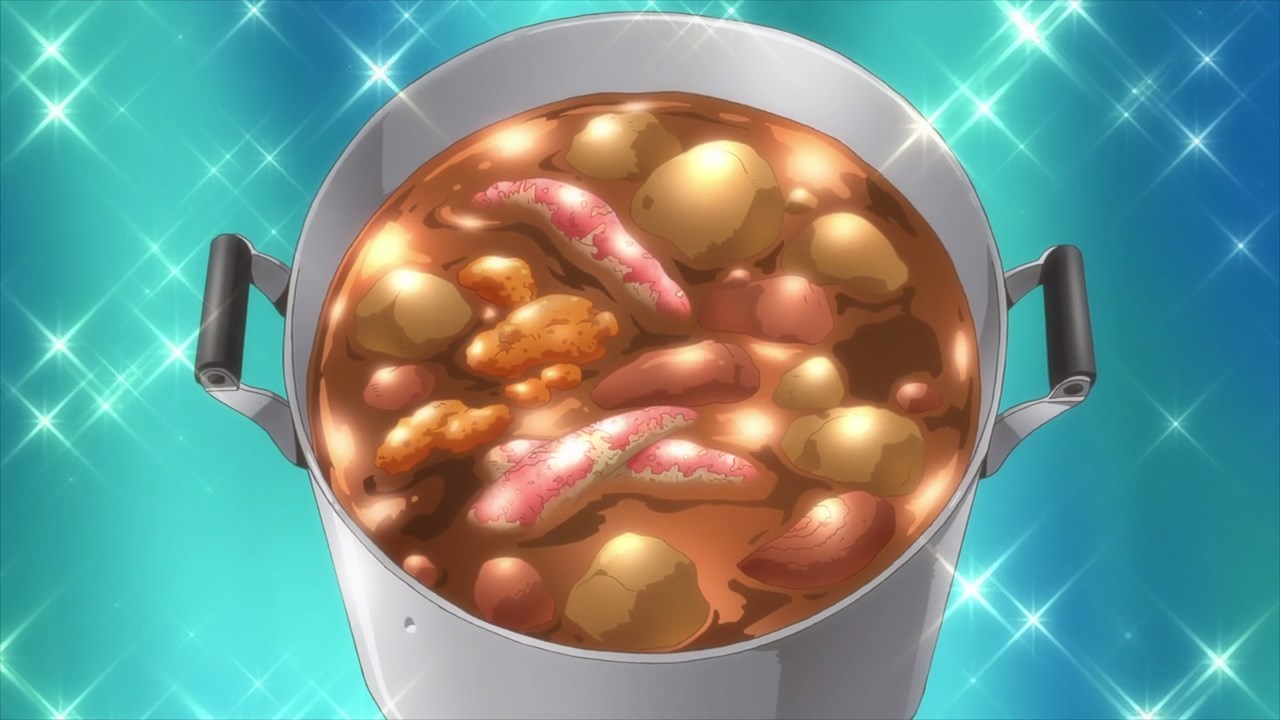 However, Ino-chan and the rest got some red king crab and sea urchin from Hoho Kajino as they use seafood to make this special Nezumisou curry. 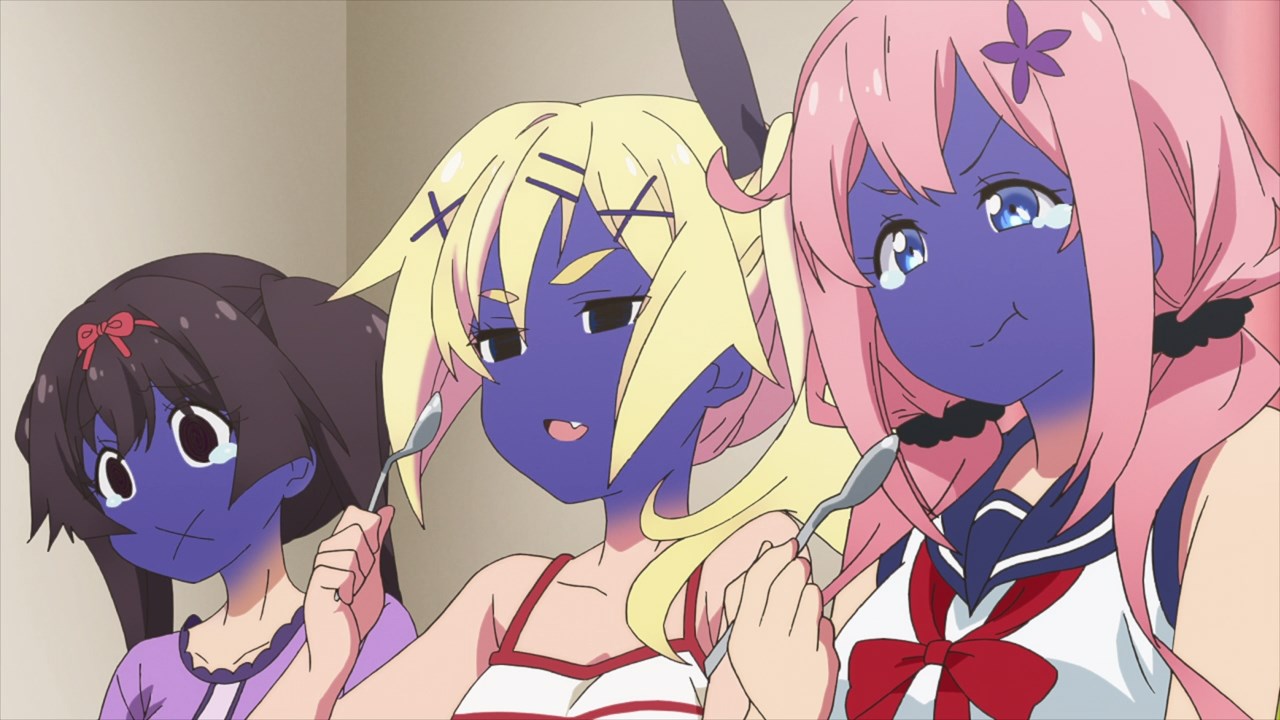 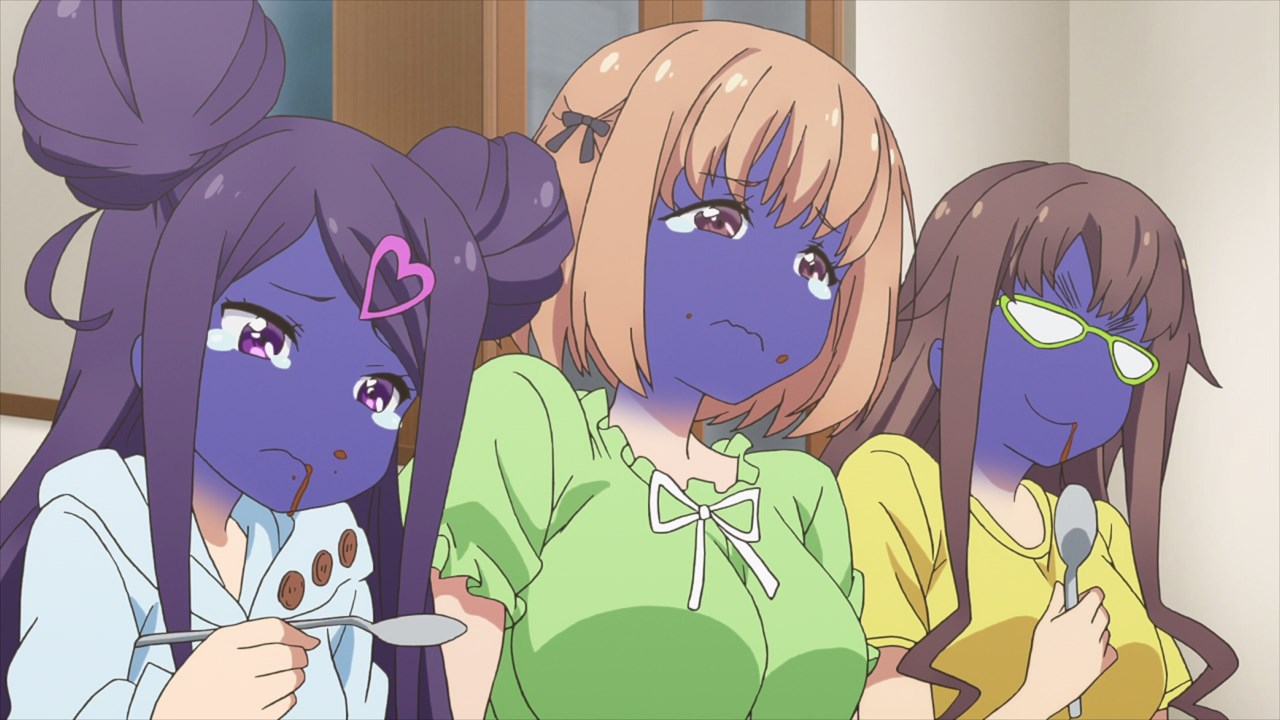 Unfortunately, the taste is somewhat bad that their curry party is ruined. So much for spending their time making one for all of the tenants.

You know something, the reason why their curry tasted horrible is because it’s either the seafood doesn’t compliment with the rest of the ingredients, or it’s just that someone is bad at cooking. 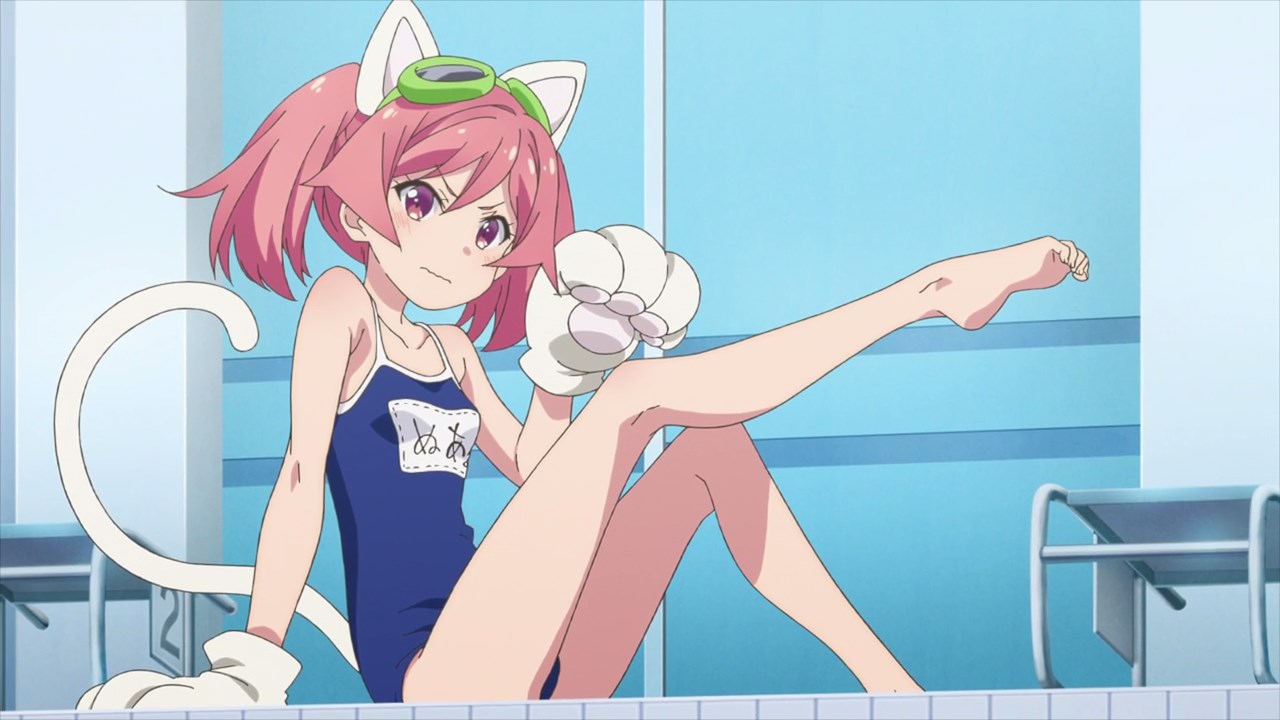 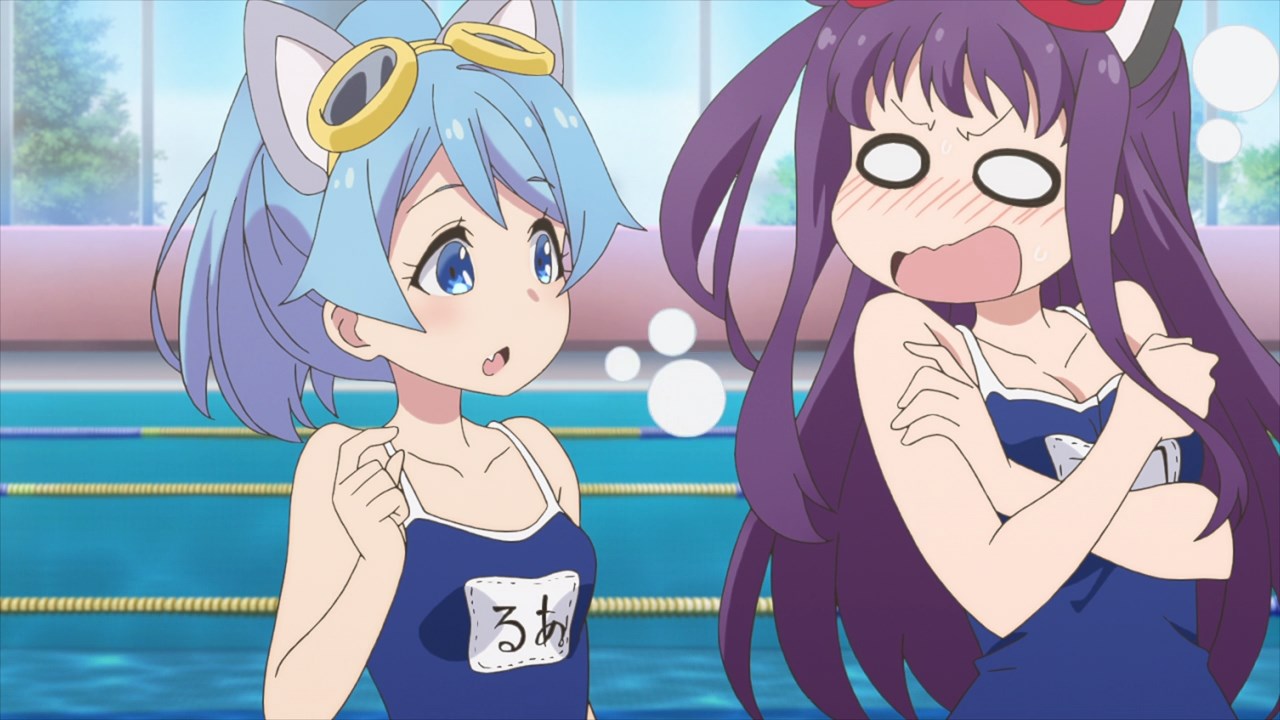 Then again, seems that Rua Nakamachi is teasing both Nua and Chiko’s breasts sizes. Regardless, Cream Anmitsu had a great time at their variety program. 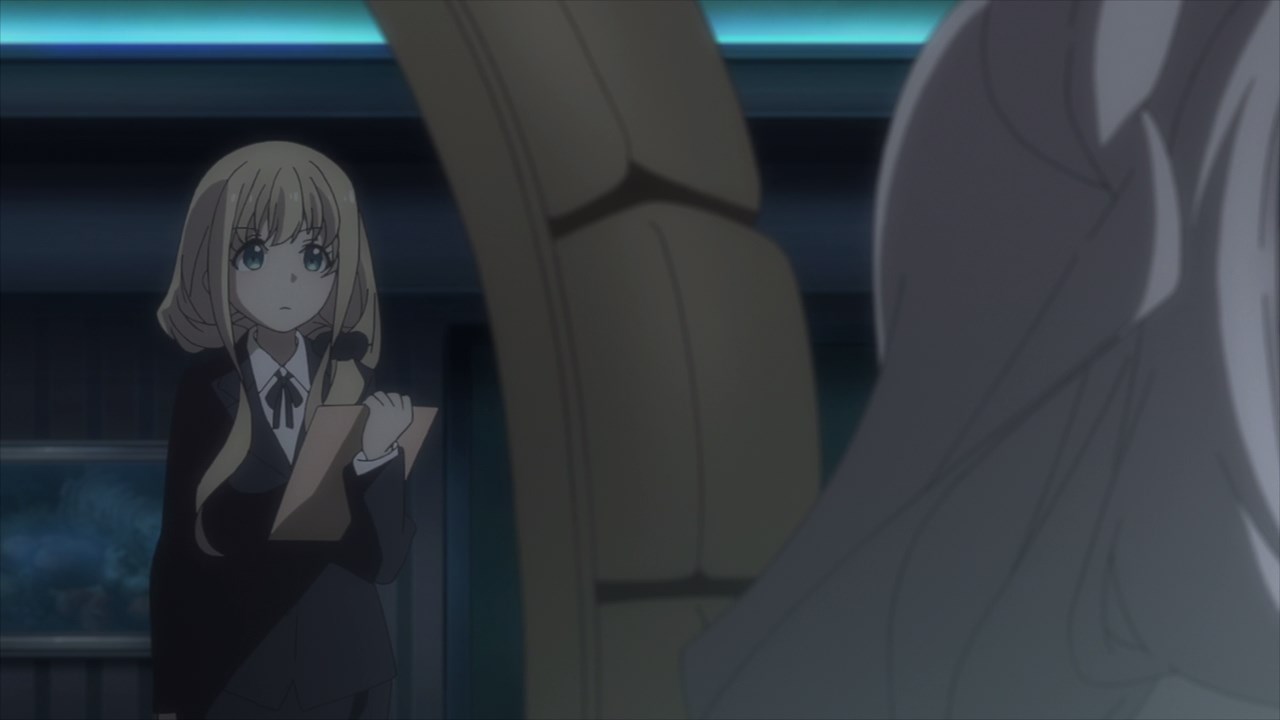 Of course, it appears that there’s danger ahead. No, it’s not like Cream Anmitsu is facing disbandment as I’m worried about Fruit Tart getting stomped on their upcoming concert.

Anyways, Riri Higashi told her boss about Cream Anmitsu’s next activity, which will be holding a concert at a larger venue. 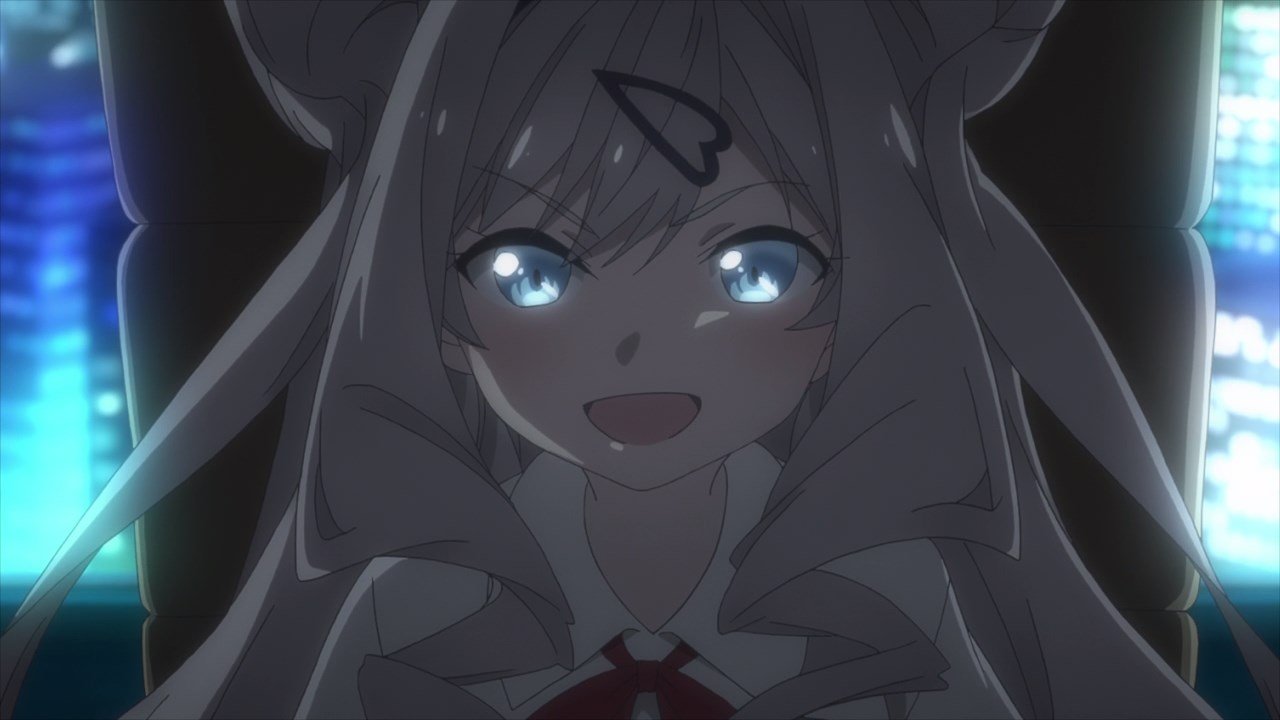 With that said, I’ll see you next time and I hope that Ino Sakura and the rest of Fruit Tart will persevere. I don’t want those girls losing their dormitory.