Posted on December 3, 2020 by benigmatica 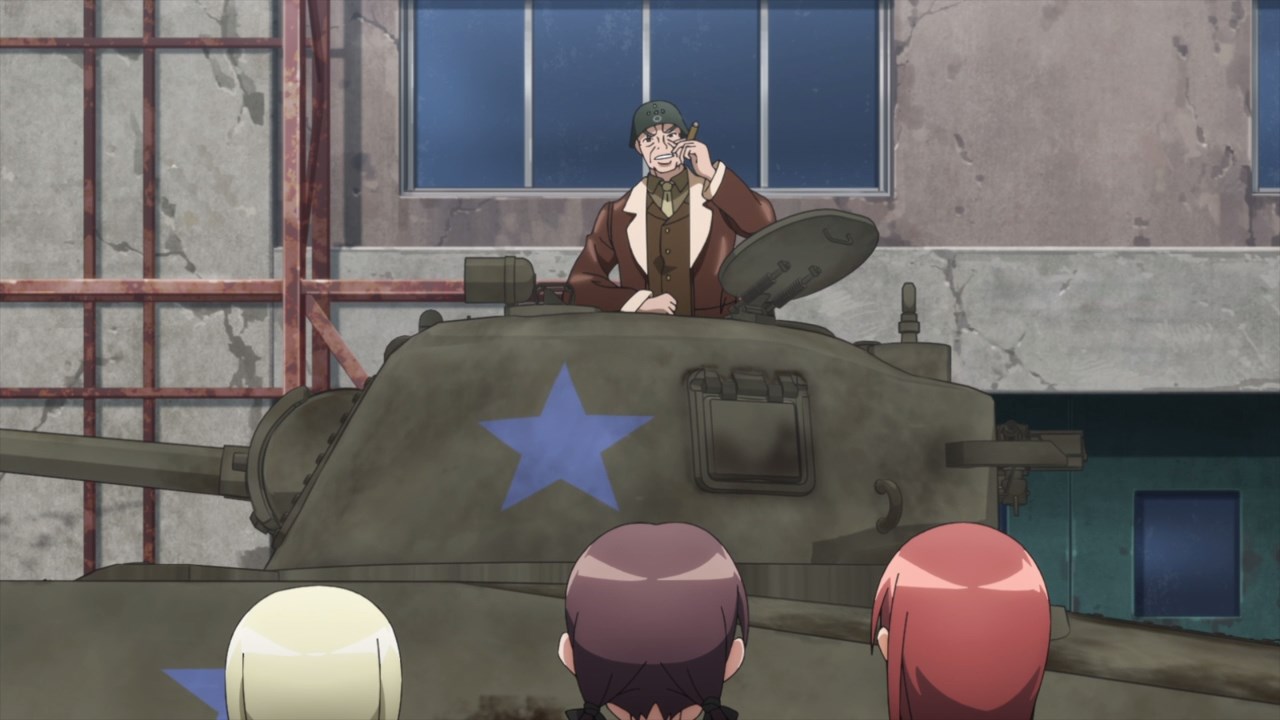 I don’t know if his tank cavalry is enough to liberate Berlin, but I hope General Patton won’t die like a fool! 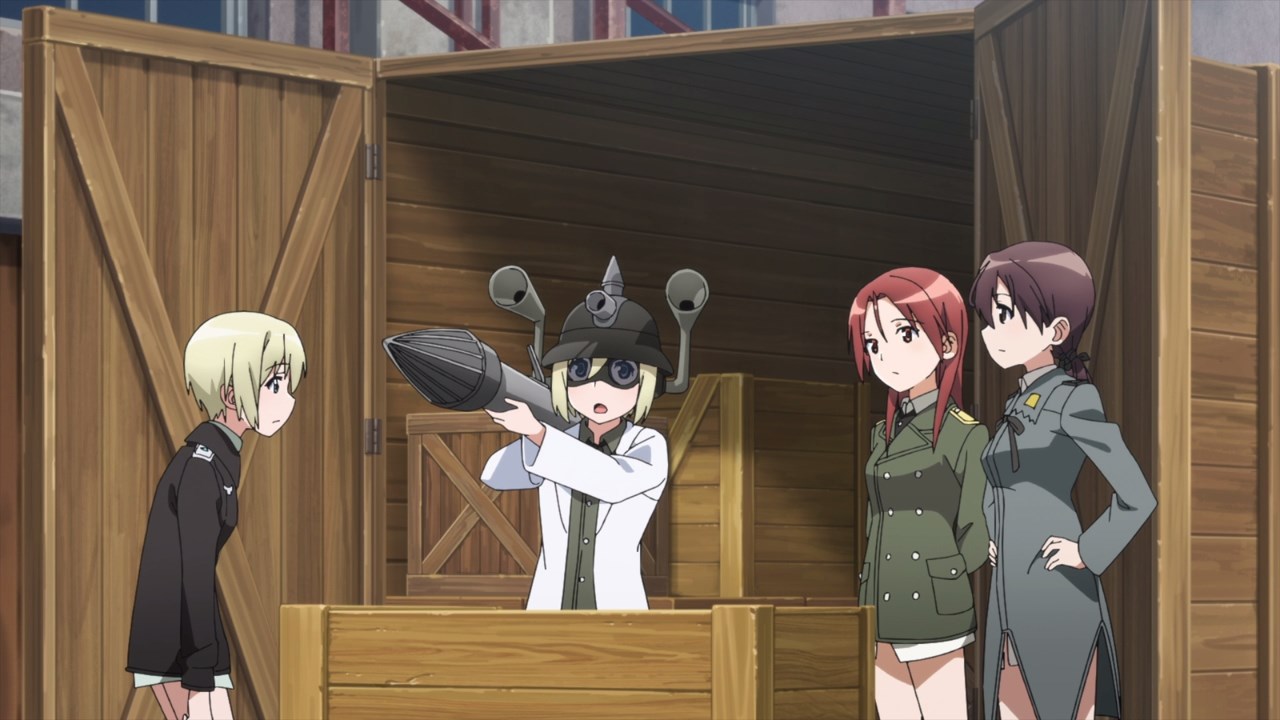 Meanwhile, here’s another character making a return as Ursula Hartmann shows her latest inventions, although most of her gadgets are useless and possibly dangerous. I mean, who would have the right mind to make a helmet gun? 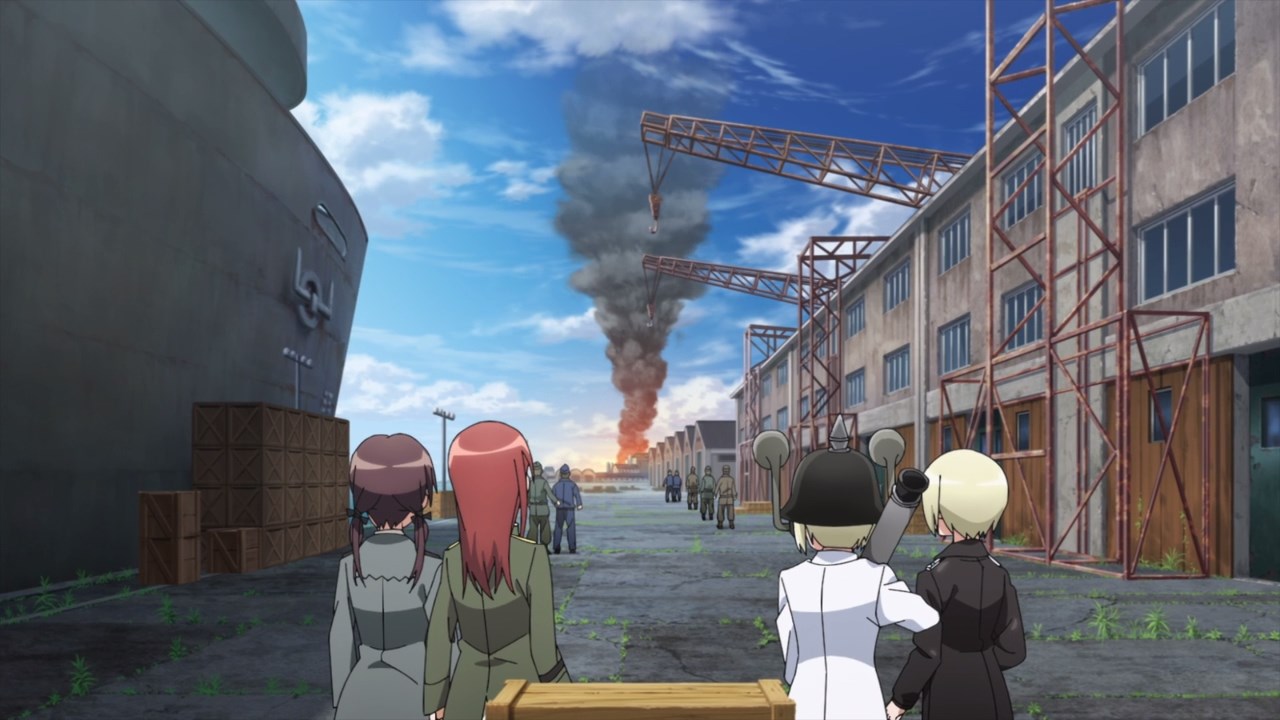 Suddenly, it appears that there’s an explosion happened outside the port city of Kiel and I’m worried about the tank cavalry over there.

Turns out that the Neuroi is aware that the humans are trying to destroy the nest in Berlin, therefore the enemy decided to make a pre-emptive strike towards General Patton’s ground forces. 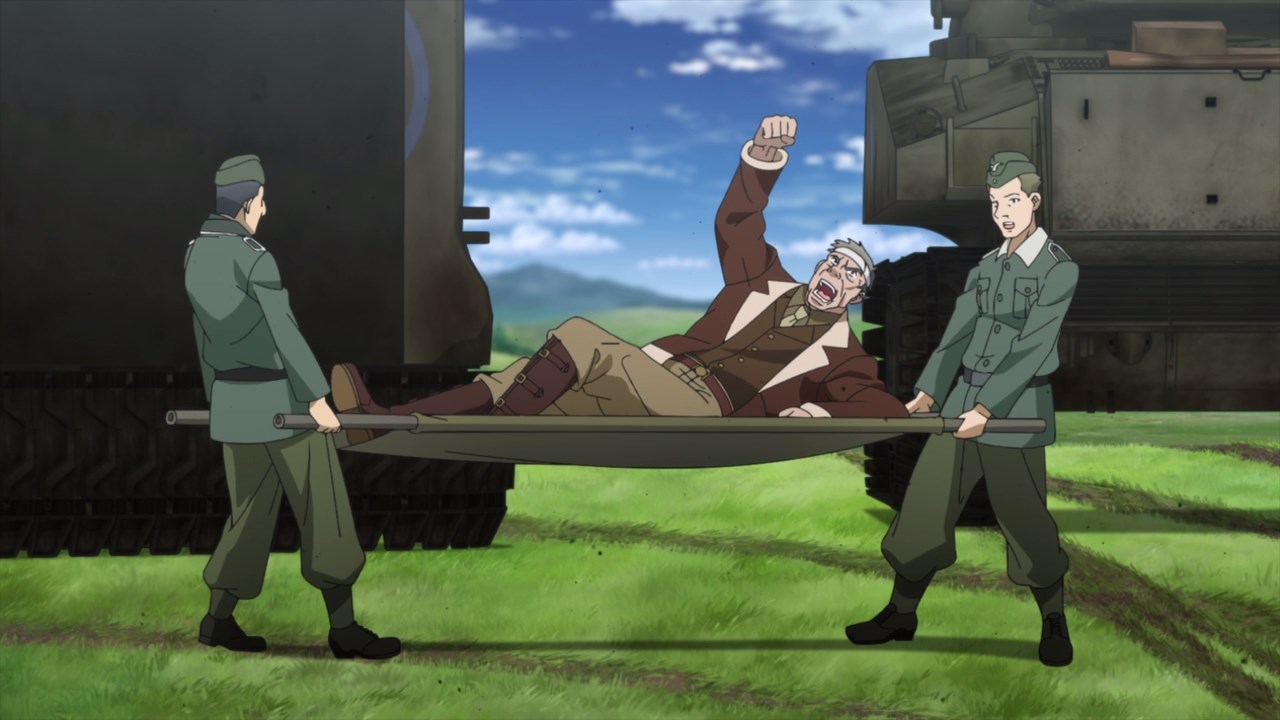 Oh and speaking of Geraldo S. Patton, he’s alive but the general is pissed that his tank cavalry is decimated. Looks like the Neuroi is getting desperate that it’s sending missiles to delay their advance towards Berlin. 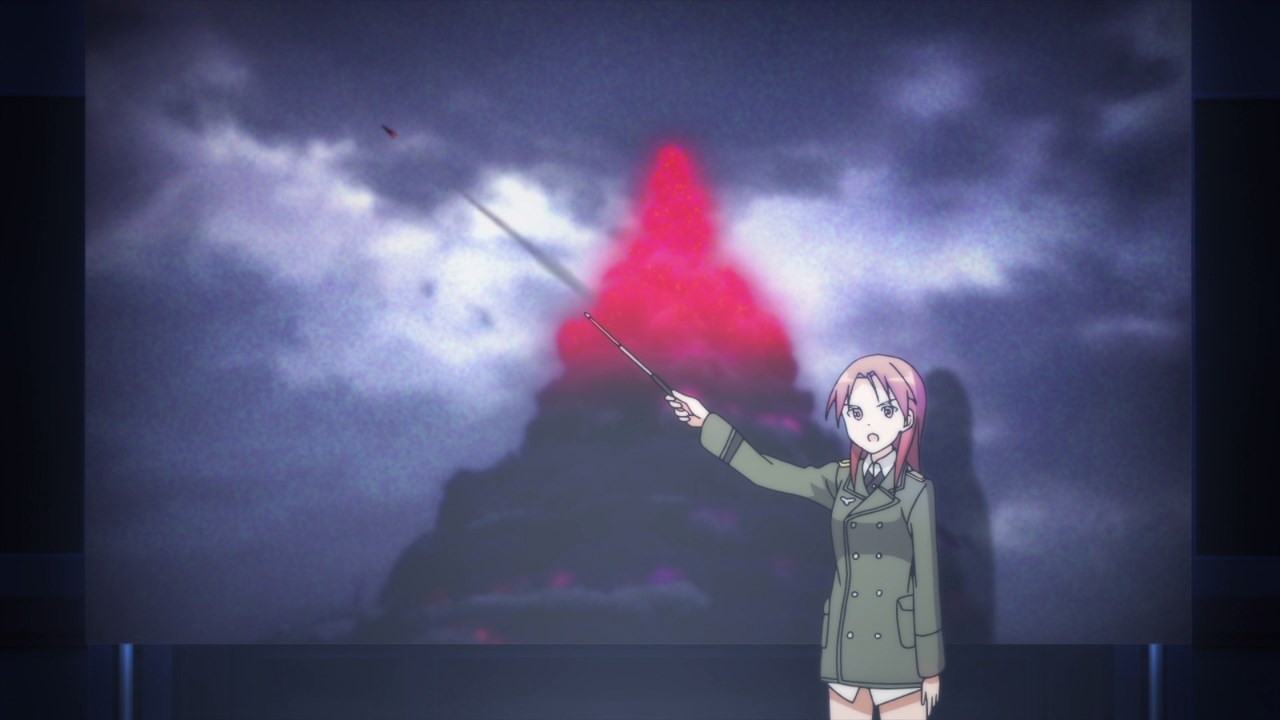 In any case, Minna-Dietlinde Wilcke explained that the Neuroi nest is sending high-speed rocket missiles from its tip to destroy the tanks and possibly Kiel.

Unfortunately, no Striker Units is capable of reaching the missile’s speed. Heck, even Charlotte Yeager’s P51-H couldn’t catch it up. 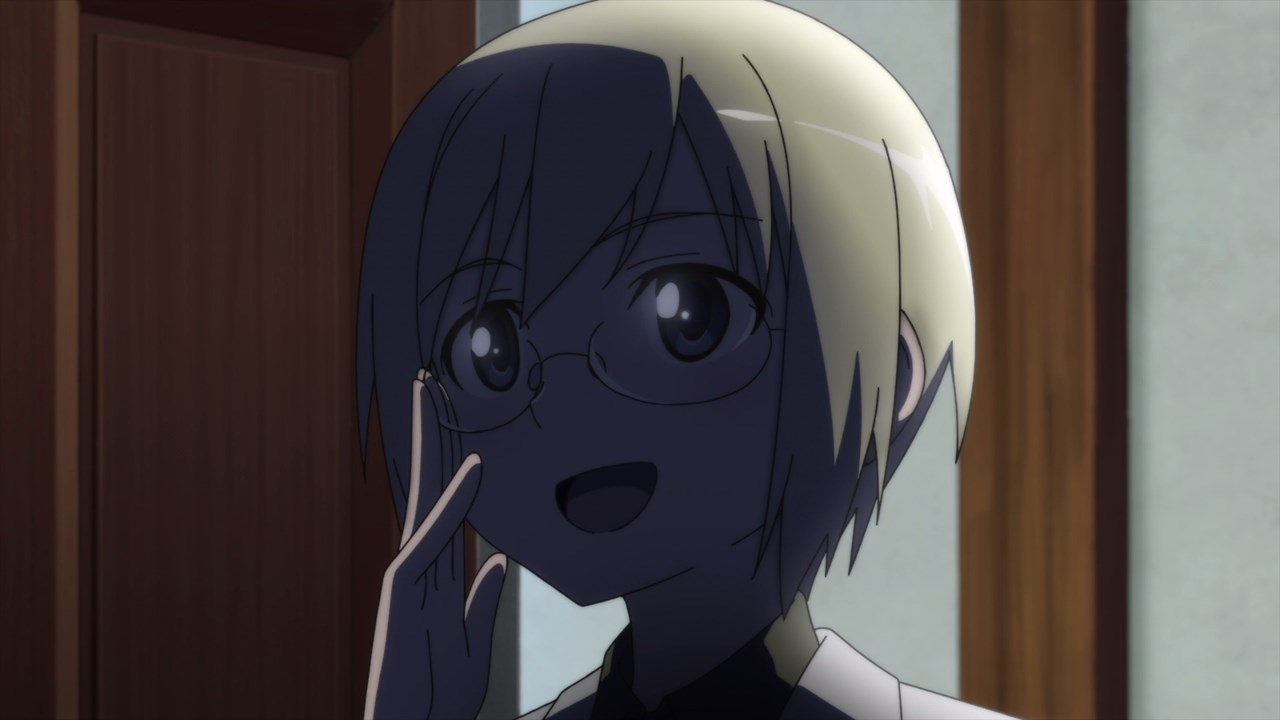 However, there’s one solution to their problem as Ursula Hartmann created a new Striker Unit. 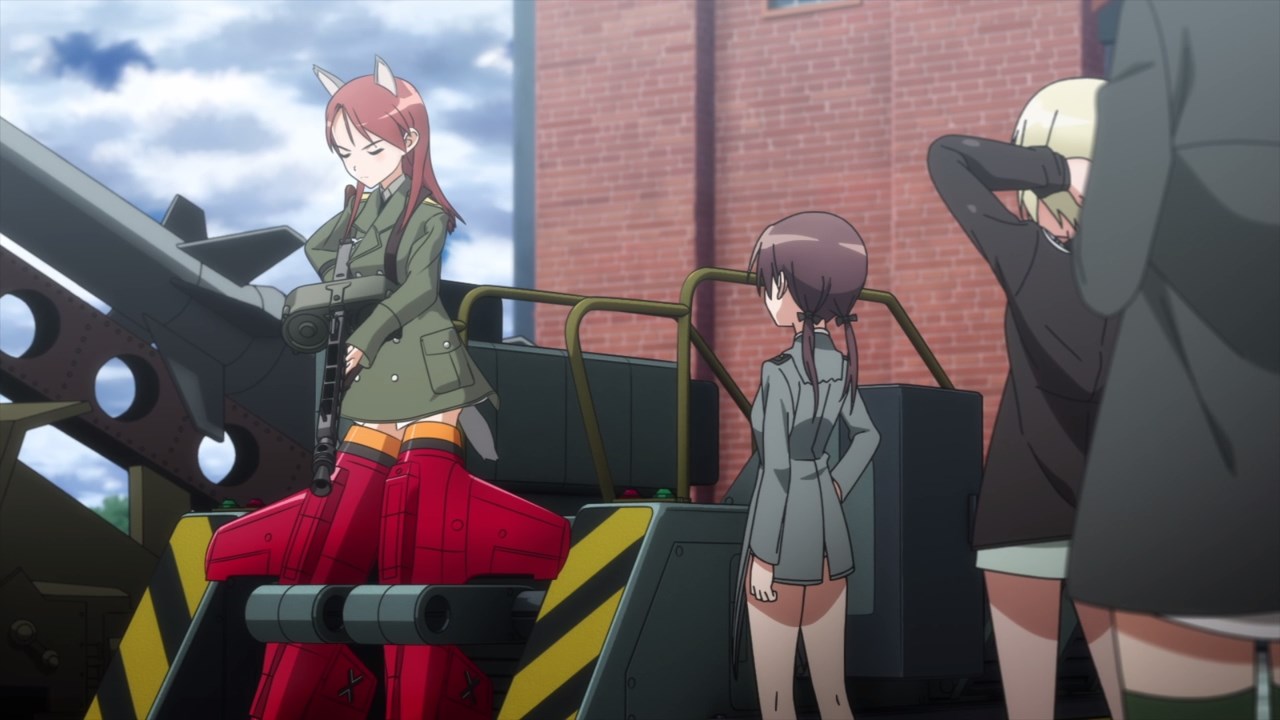 Anyways, this is the ME-163 where this Striker Unit is rocket-powered. Oh and its fuel is very efficient, but it melts clothes if spilled so they have to be careful when filling up the unit.

While Shirley Yeager is a suitable candidate since she’s addicted to speed, Minna-Dietlinde Wilcke volunteered to use the ME-163 as she can detect the missile using her spatial awareness. 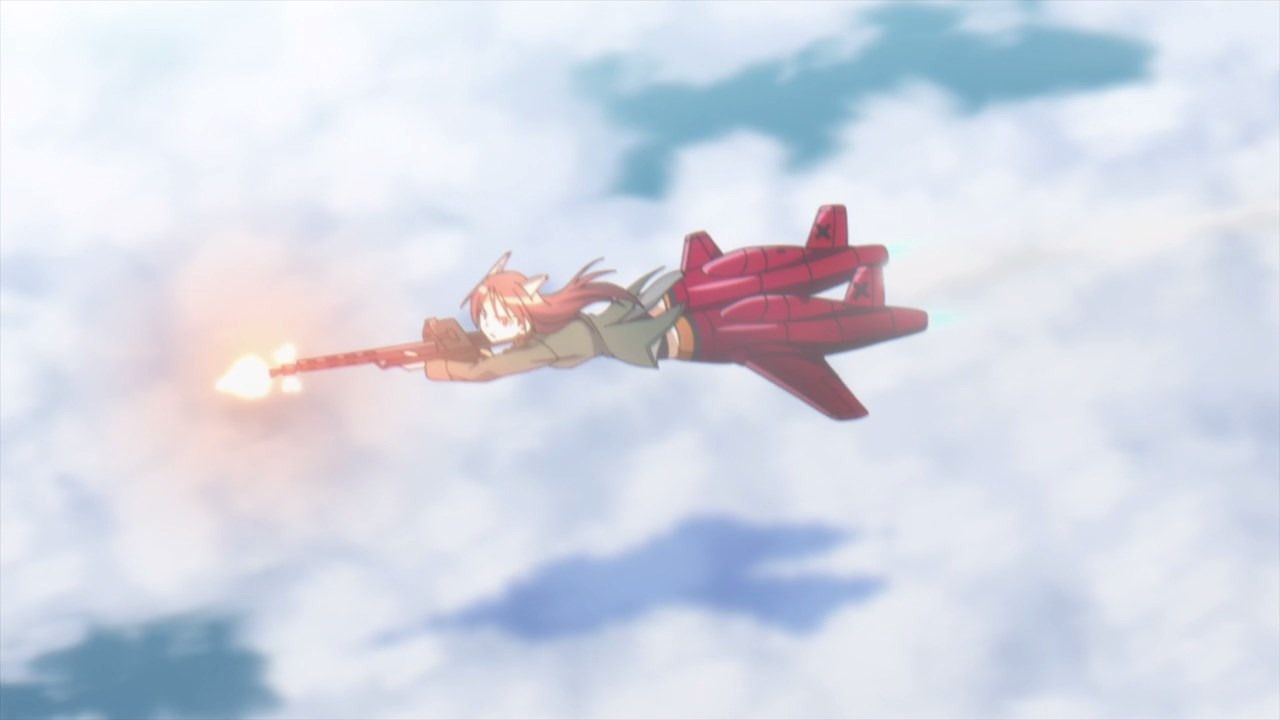 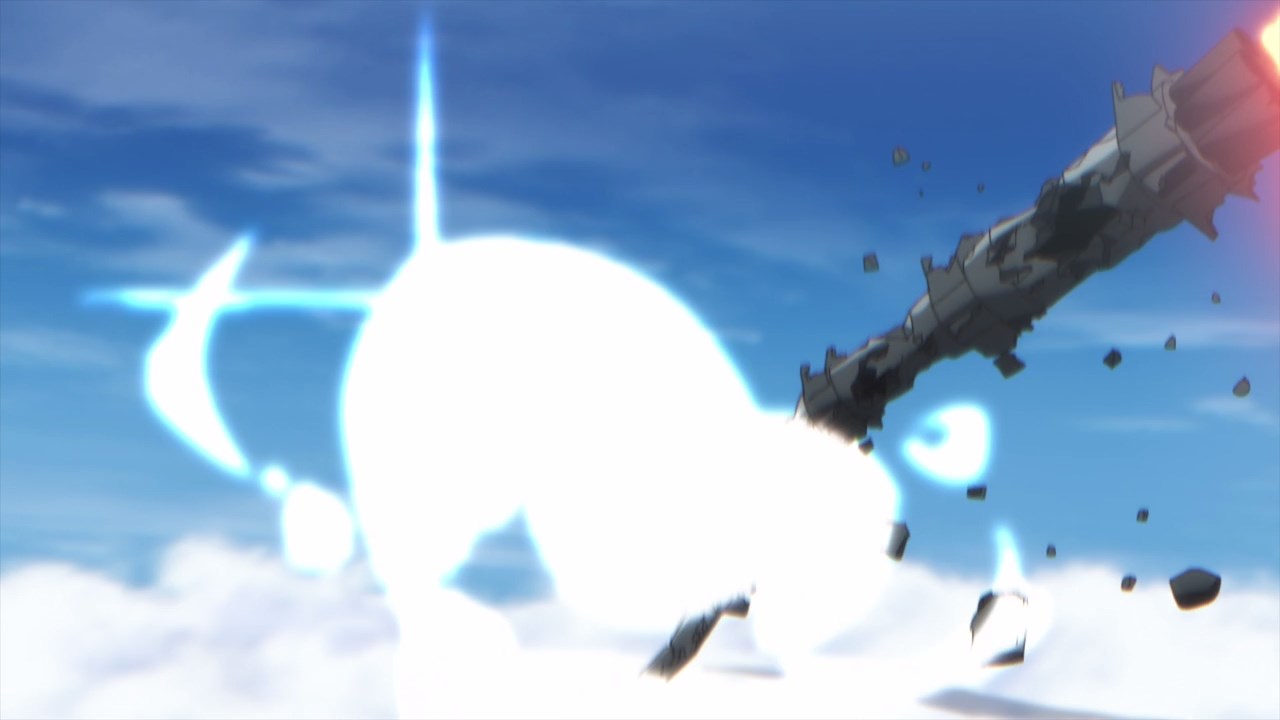 In any case, Minna’s test flight with the ME-163 is a success as she took down a high-speed missile. Of course, most of her teammates are worried about her.

Heck, even Gertrud Barkhorn is worried about the commander’s declining magic powers since Minna-Dietlinde Wilcke is getting older. Of course, Minna told Gertrud that she’s fine as she wants to continue fighting against the Neuroi. 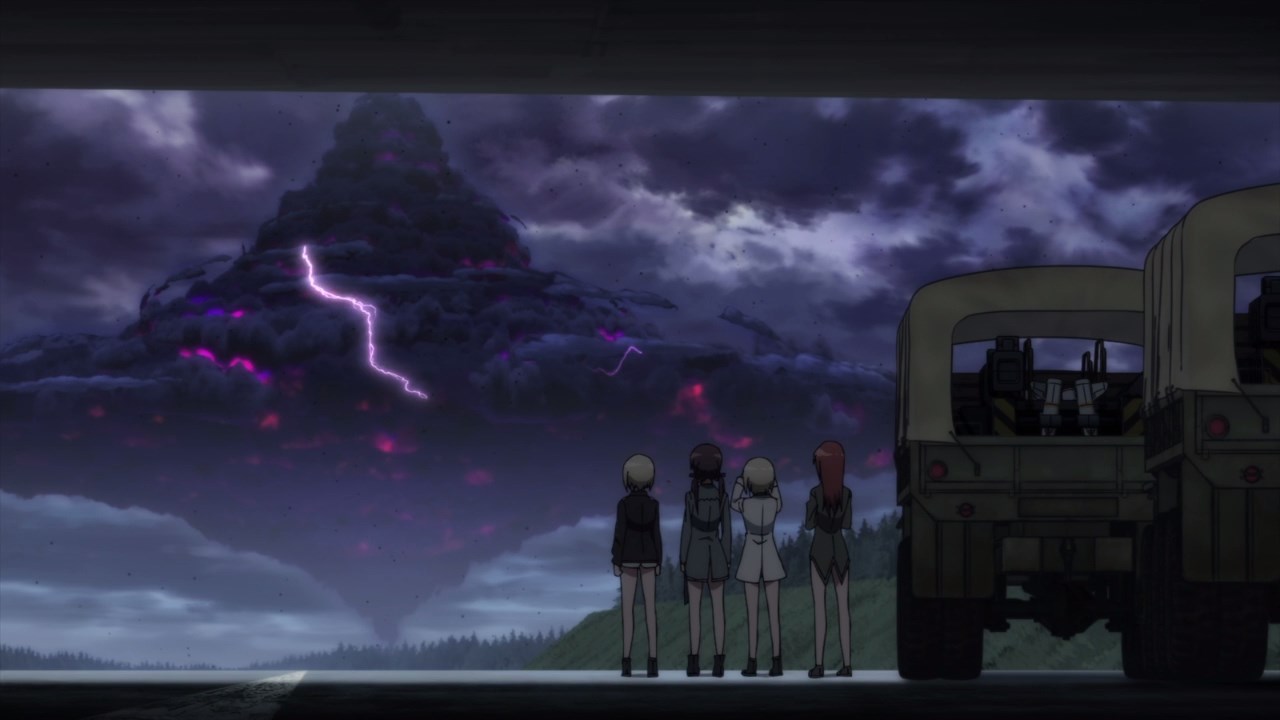 With that said, it’s time for the commander to take down the tip of the Neuroi nest as Minna-Dietlinde Wilcke and her teammates went to the Autobahn and launch their attack. 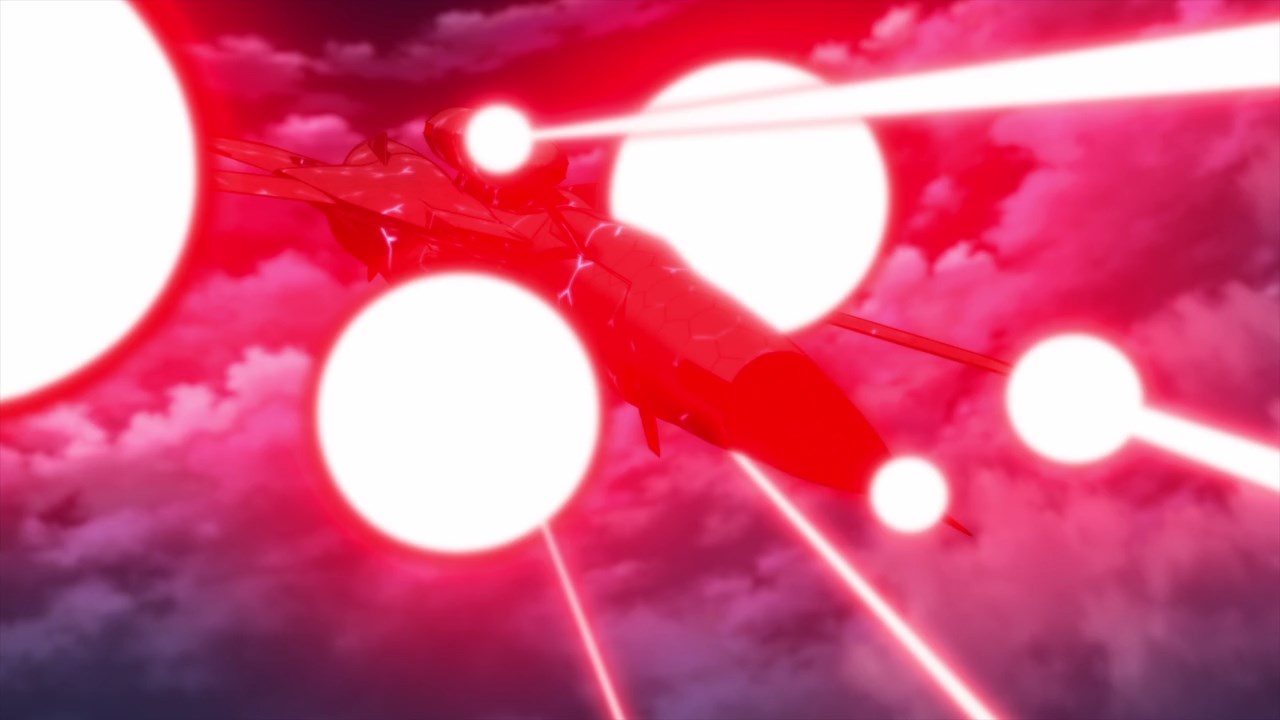 Unfortunately, the enemy is aware of their plans that the nest sends a Jet Neuroi to intercept it. Man, why would they do that!? 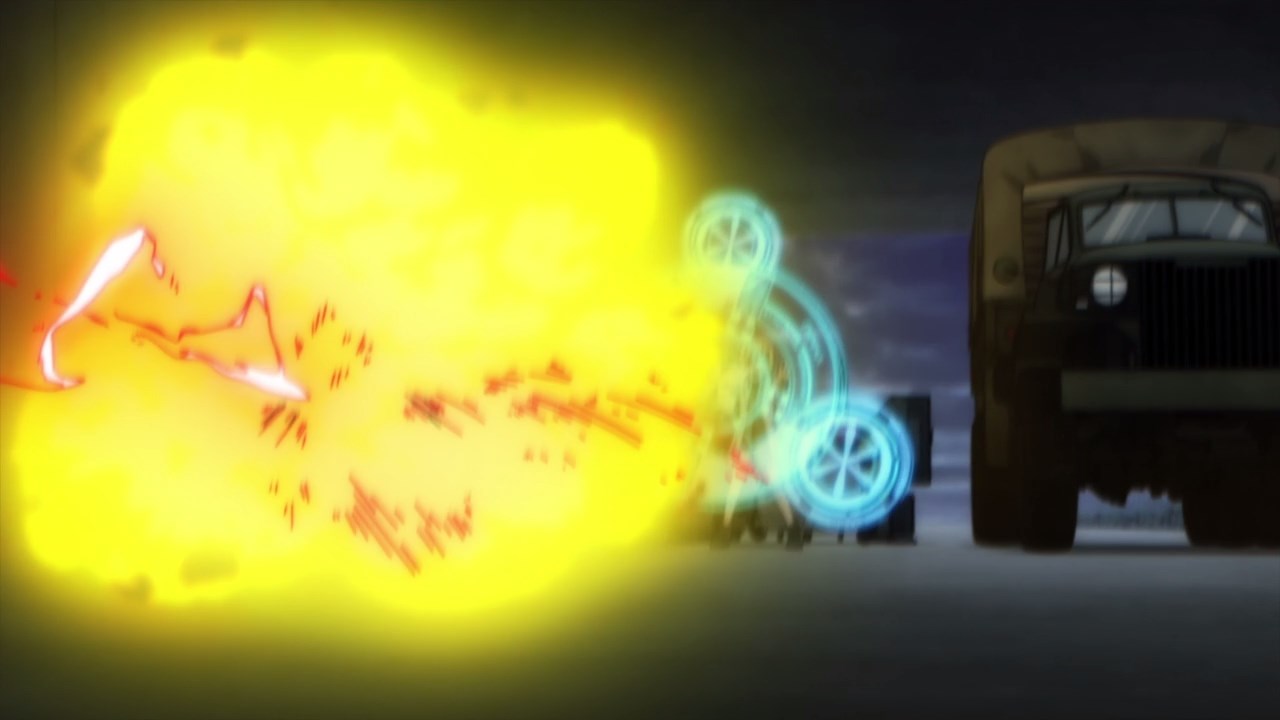 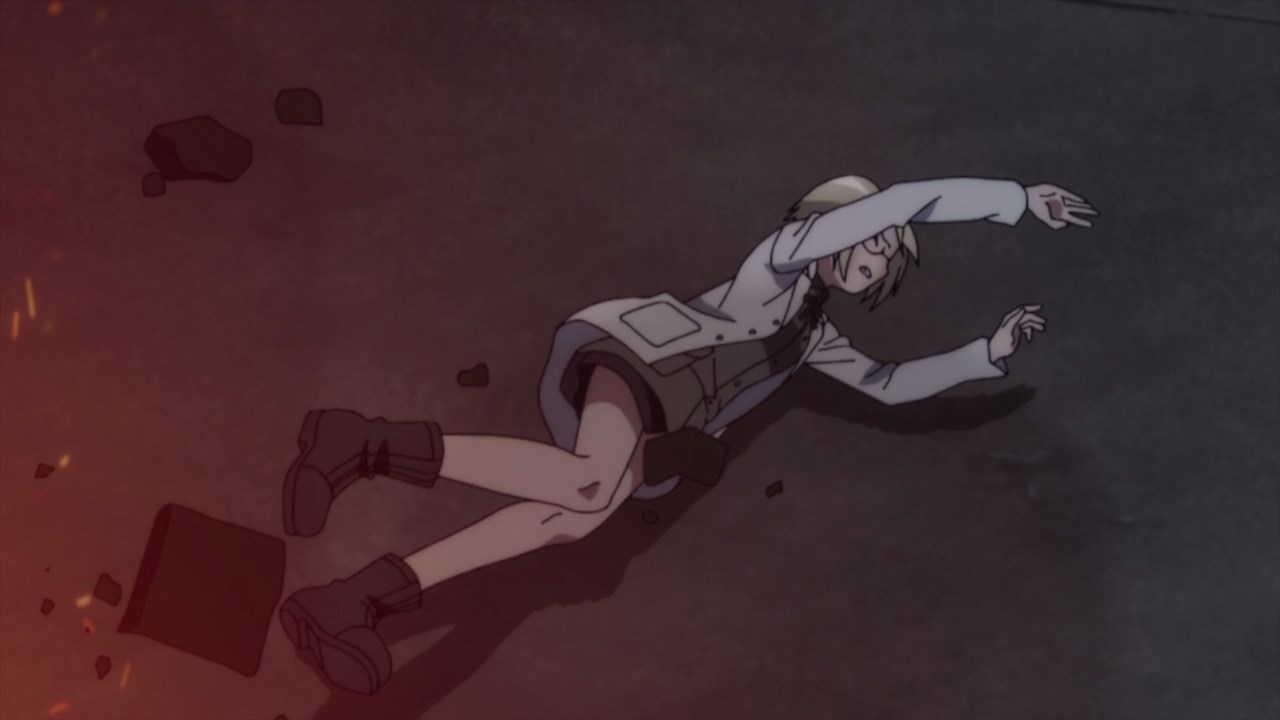 Anyways, the Jet Neuroi fired its lasers towards Ursula Hartmann and while she’s okay since Ursula used a barrier to soften the blow, what about the ME-163 Striker Unit? 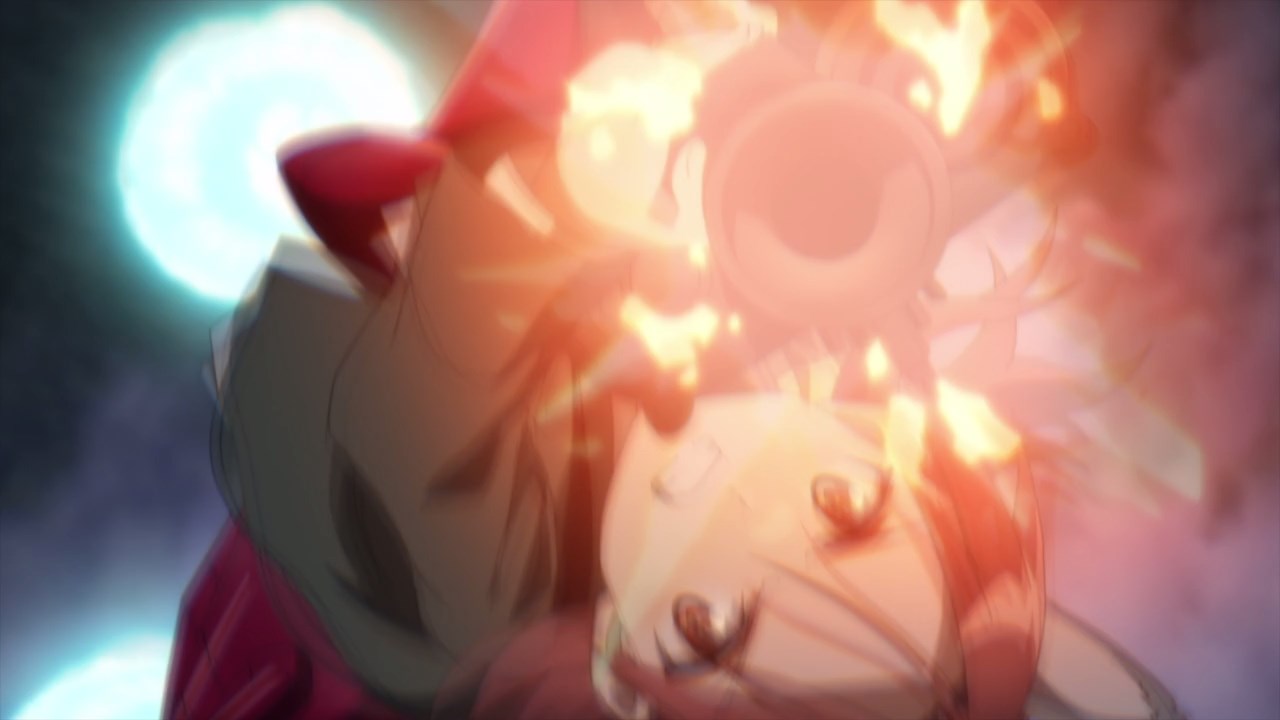 Well, it’s still operational as Minna went to the skies to intercept the missile. 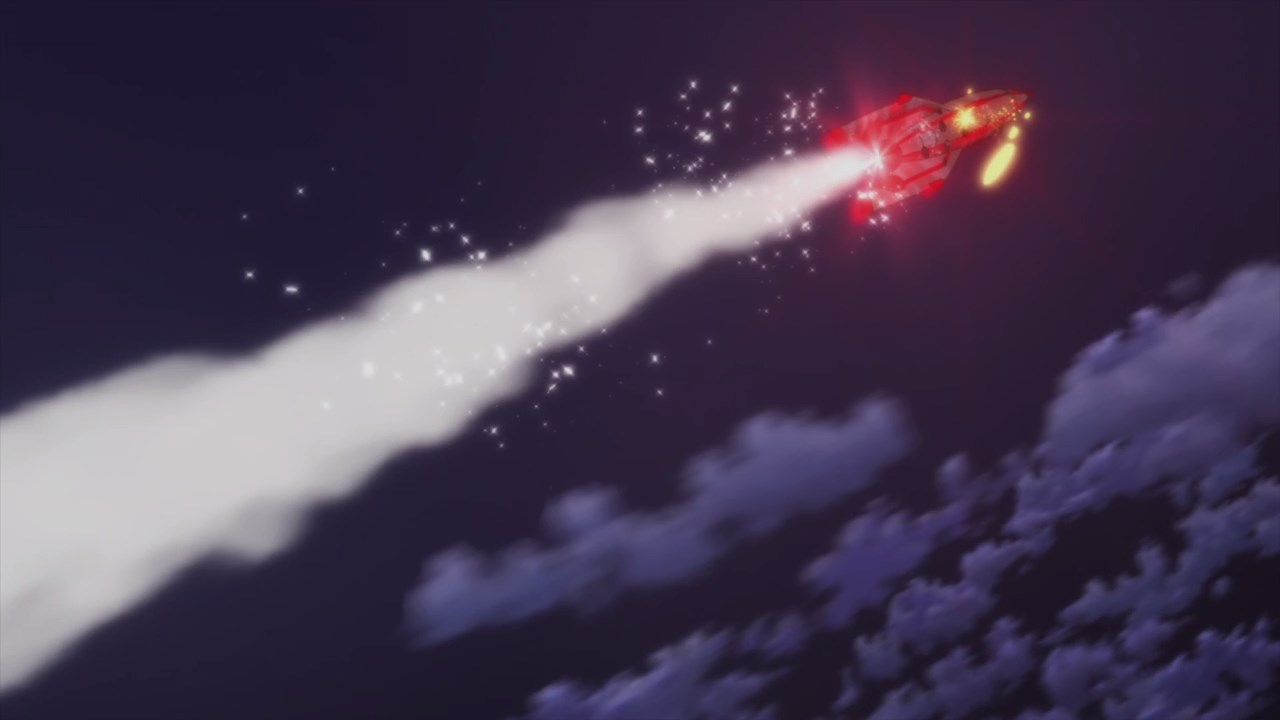 And really, Ursula’s rocket-powered Striker Unit is incredible that the commander managed to shot down one missile that might hit the city if left unchecked. 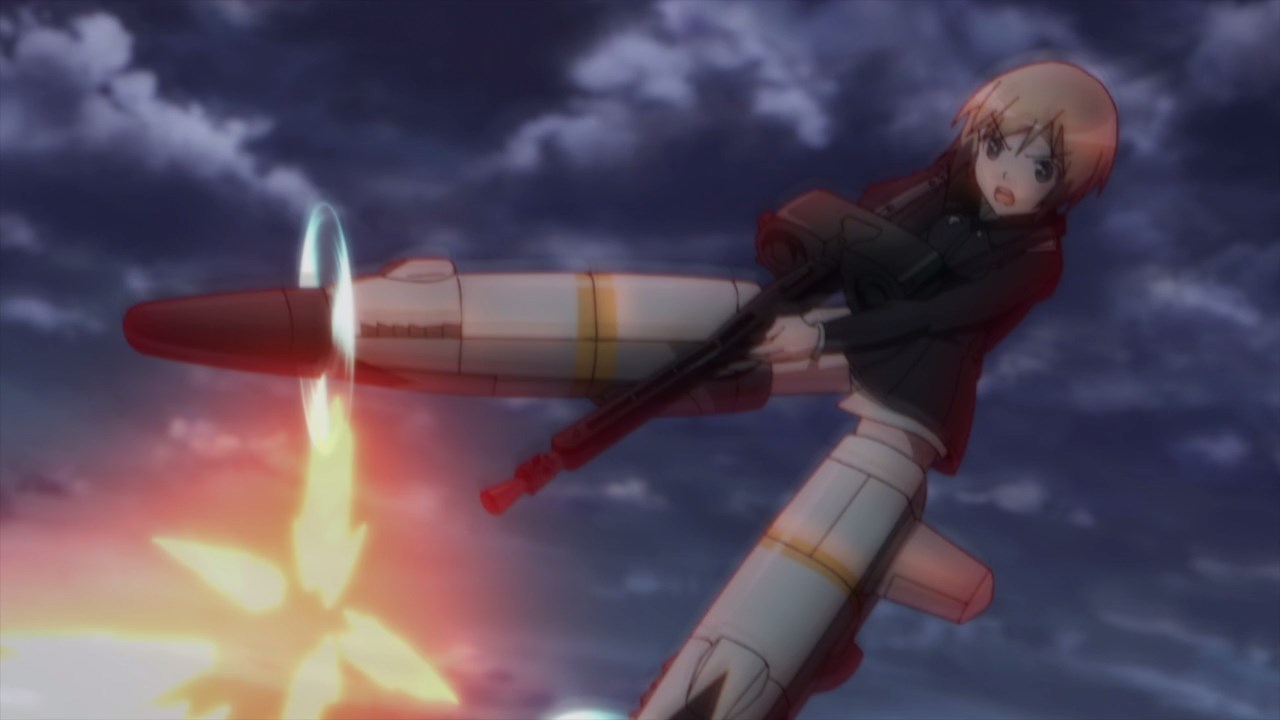 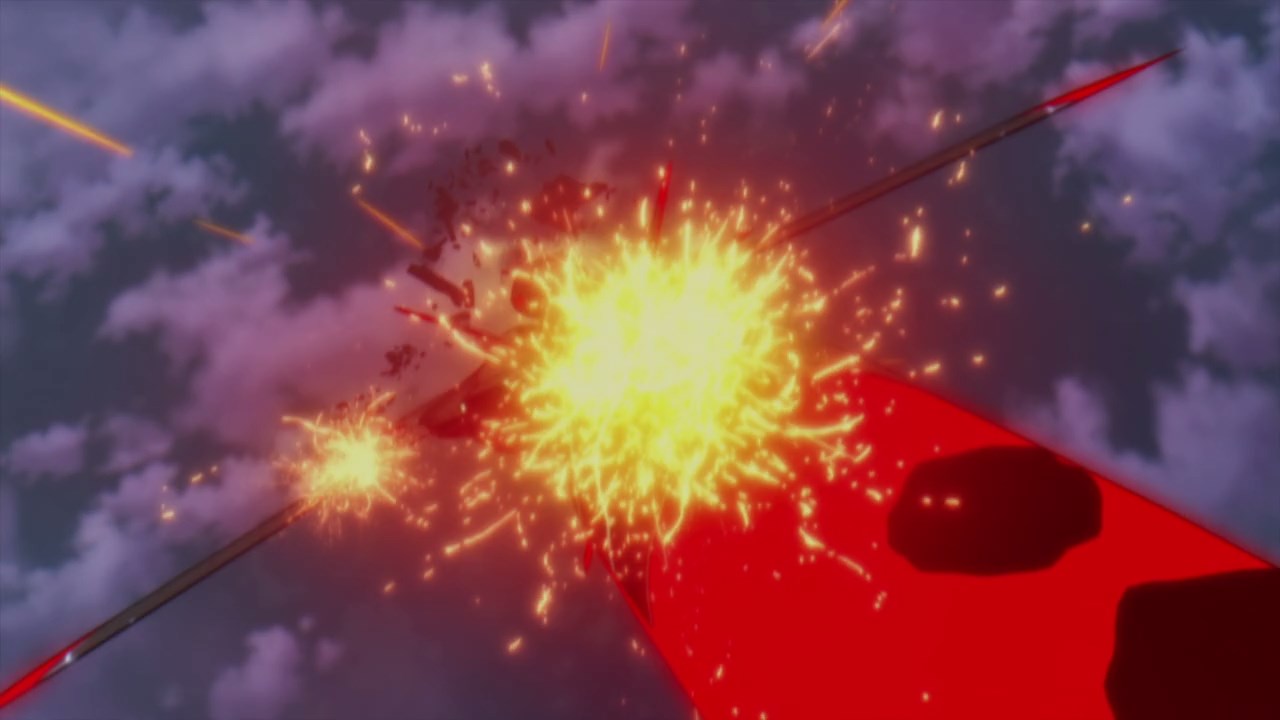 Also, both Gertrud Barkhorn and Erica Hartmann managed to destroy the Jet Neuroi. Glad that they got used to its tremendous speed. 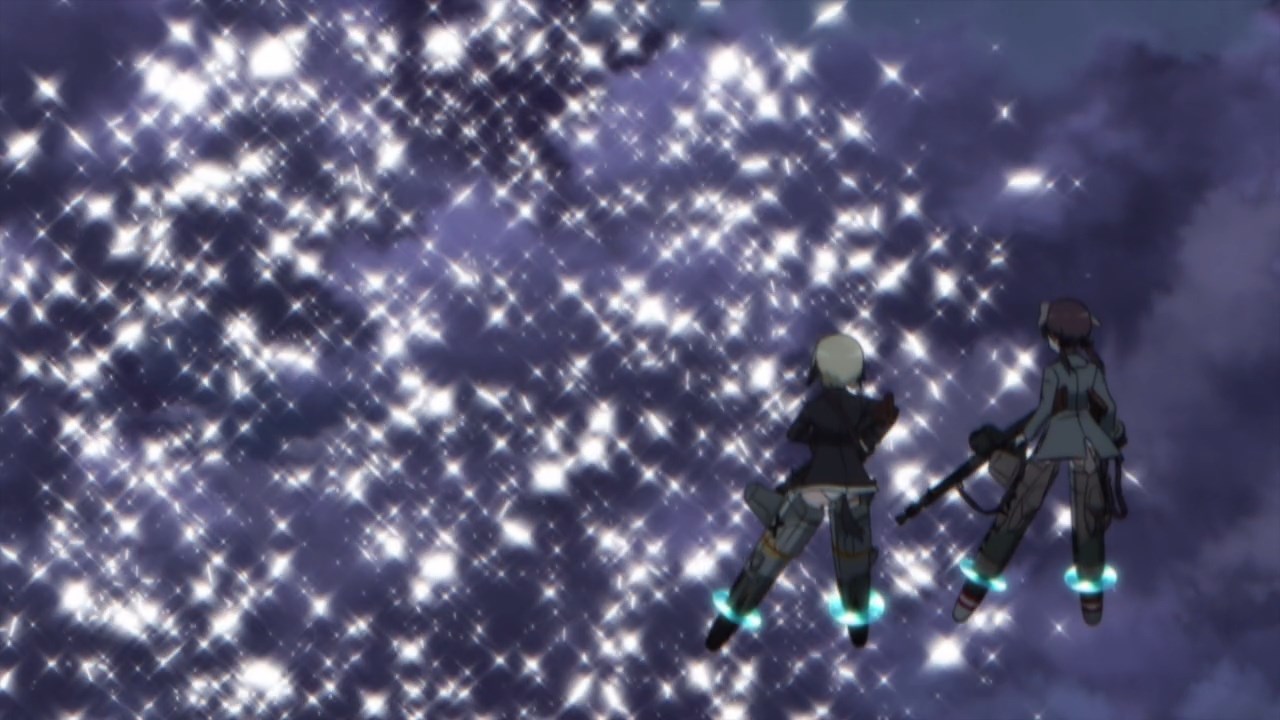 But anyways, looks like Minna-Dietlinde Wilcke and her team managed to save Kiel from being bombarded. Unfortunately, it’s not yet over. 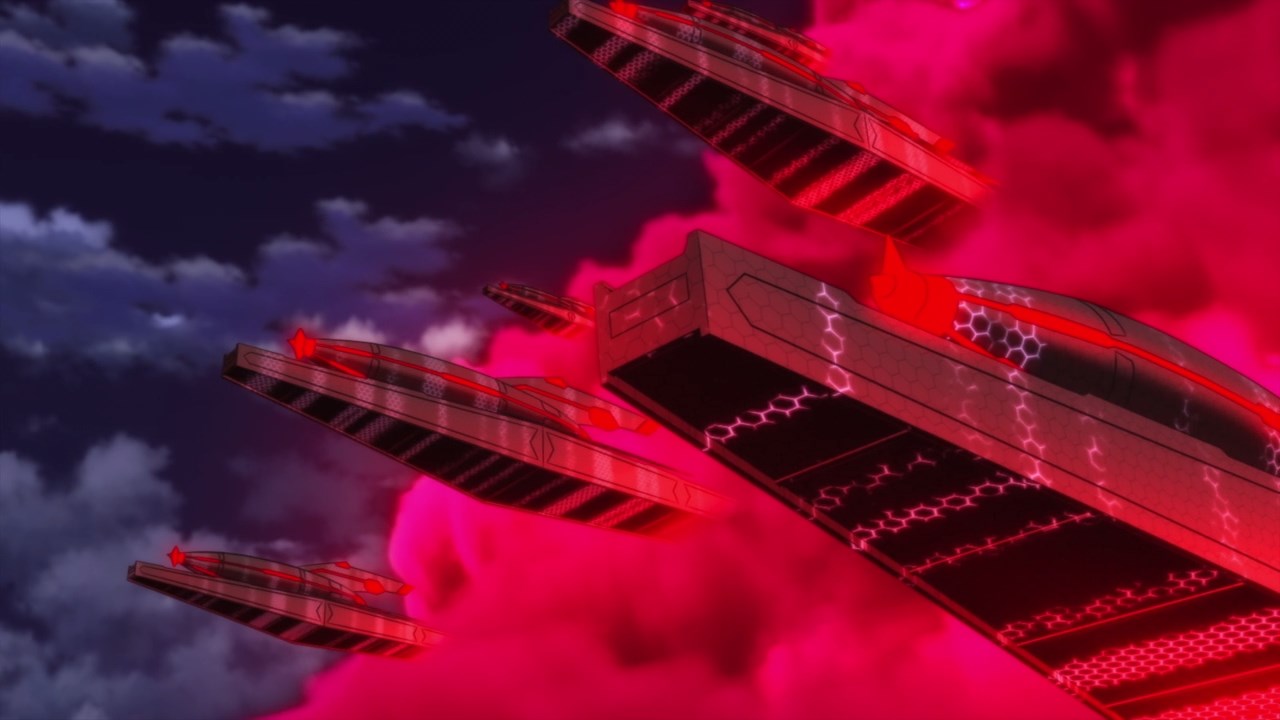 For you see, Minna only managed to destroy one missile whereas the Neuroi nest have tons of missiles to launch towards the port city. 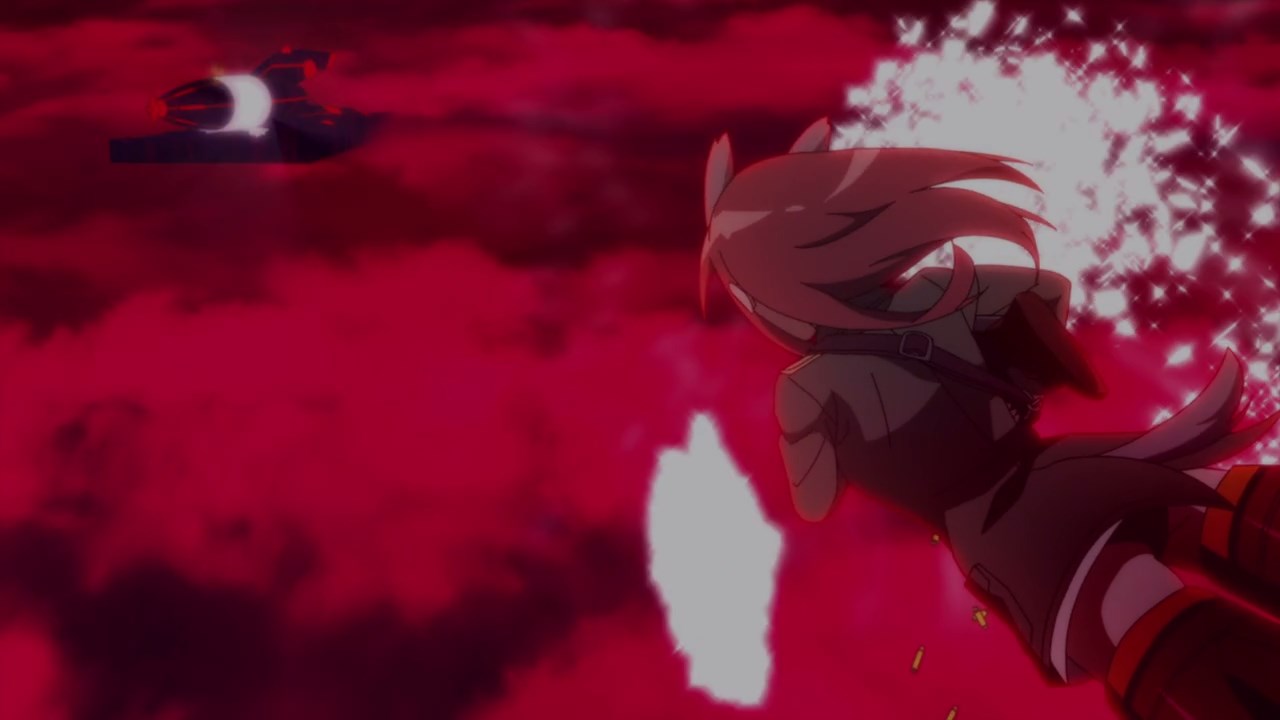 Well then, looks like the commander has no choice but to destroy them all. Then again, I’m worried that she might ran out of magic powers if Minna pushed herself hard. 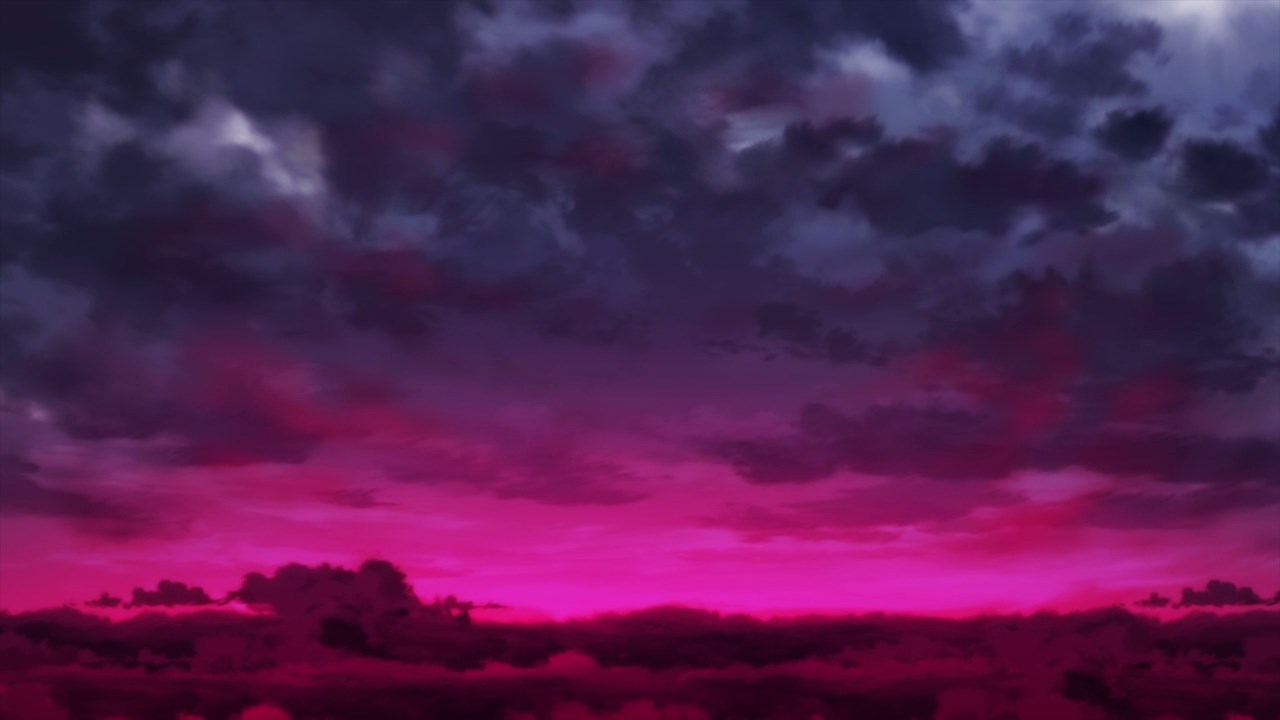 In any case, the tip of the Neuroi nest has disappeared thanks to Minna-Dietlinde Wilcke. Well, she managed to stop those missiles from bombarding Kiel. 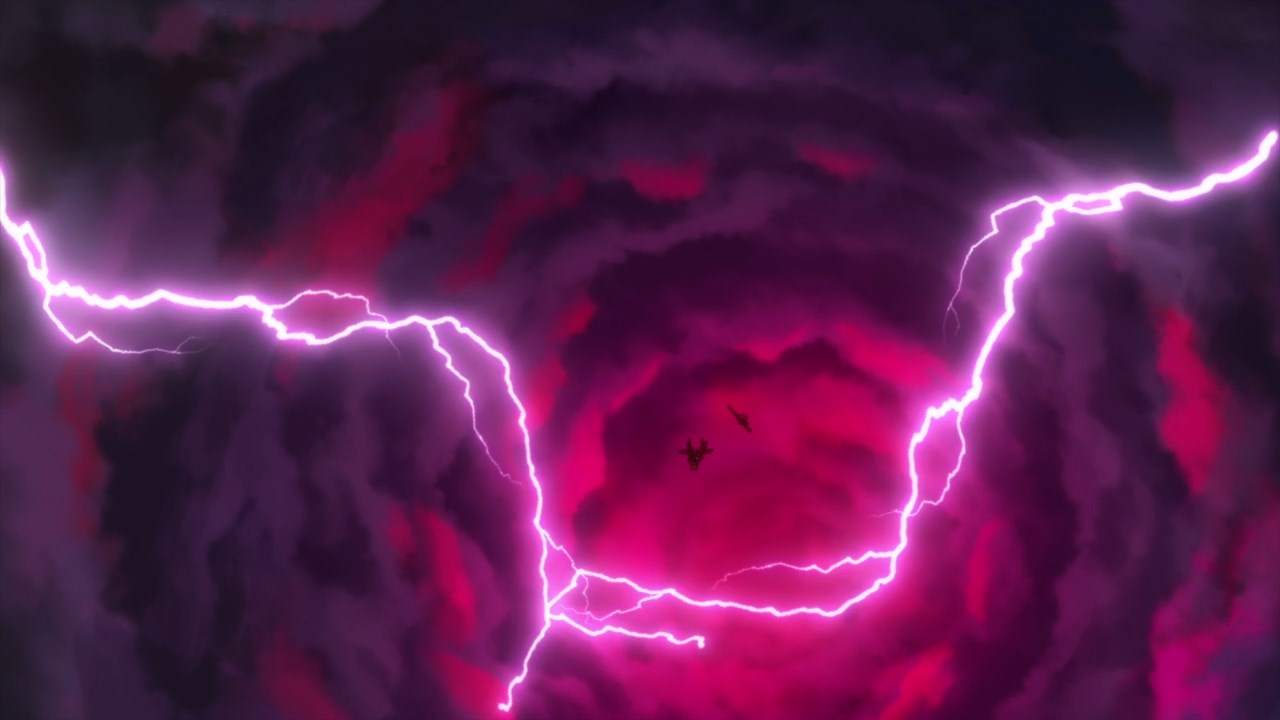 Sadly, it appears that Minna ran out of magic powers as she’s going down towards the nest. No, I don’t want her to die like this! 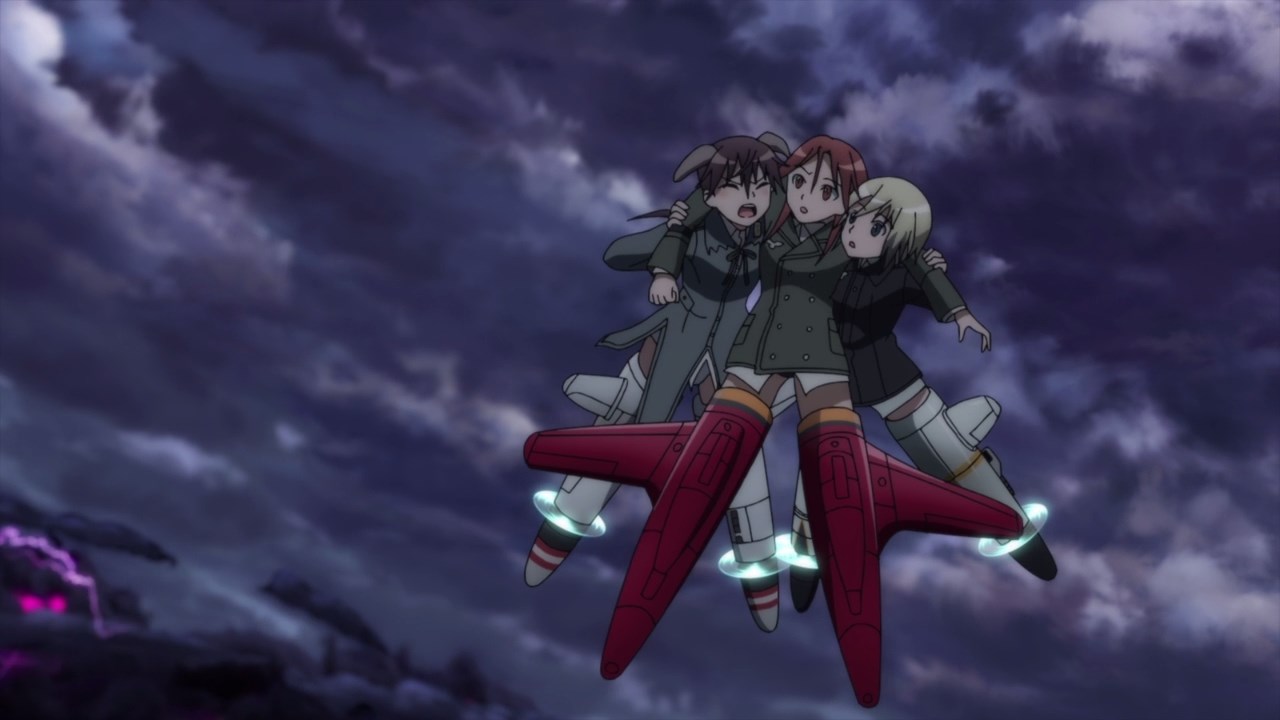 On second thought, the commander is rescued as Gertrud Barkhorn yelled at Minna-Dietlinde Wilcke for recklessly destroying the missiles. Still, the important thing is that both Kiel and the commander are safe.

And that’s about it for this episode as I see you next time! Let’s hope that the witches will liberate Berlin as soon as possible.