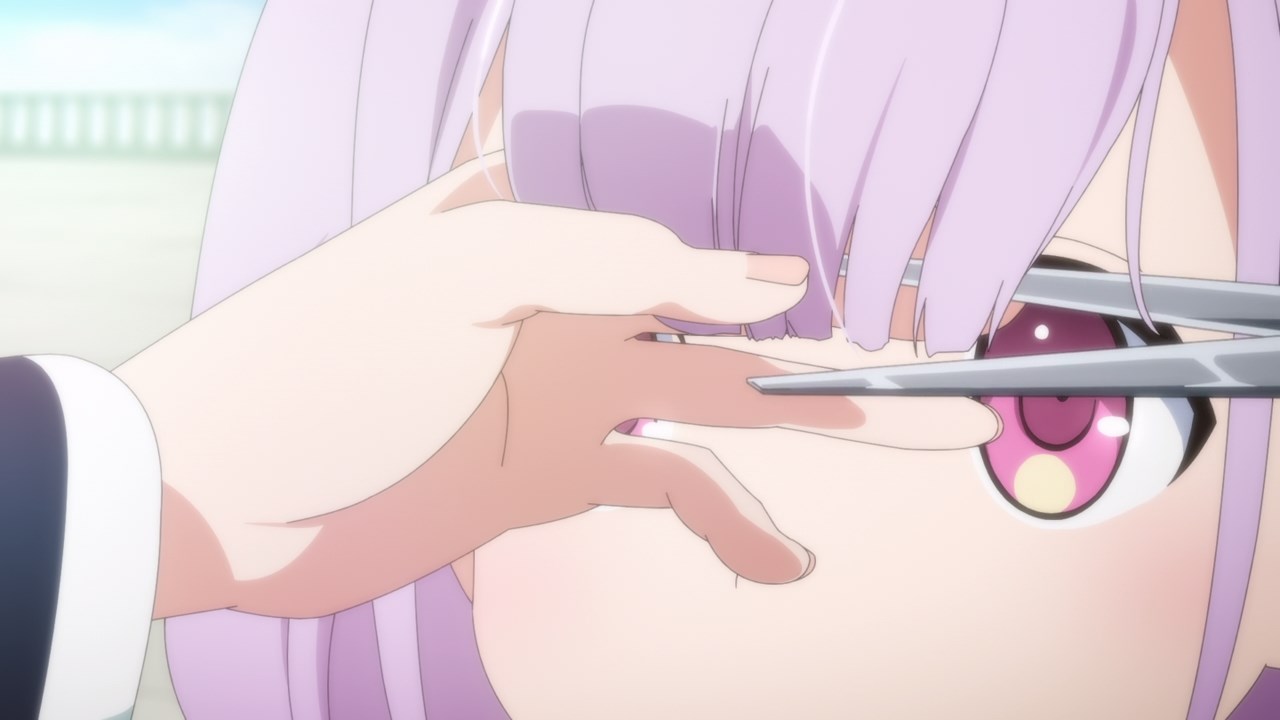 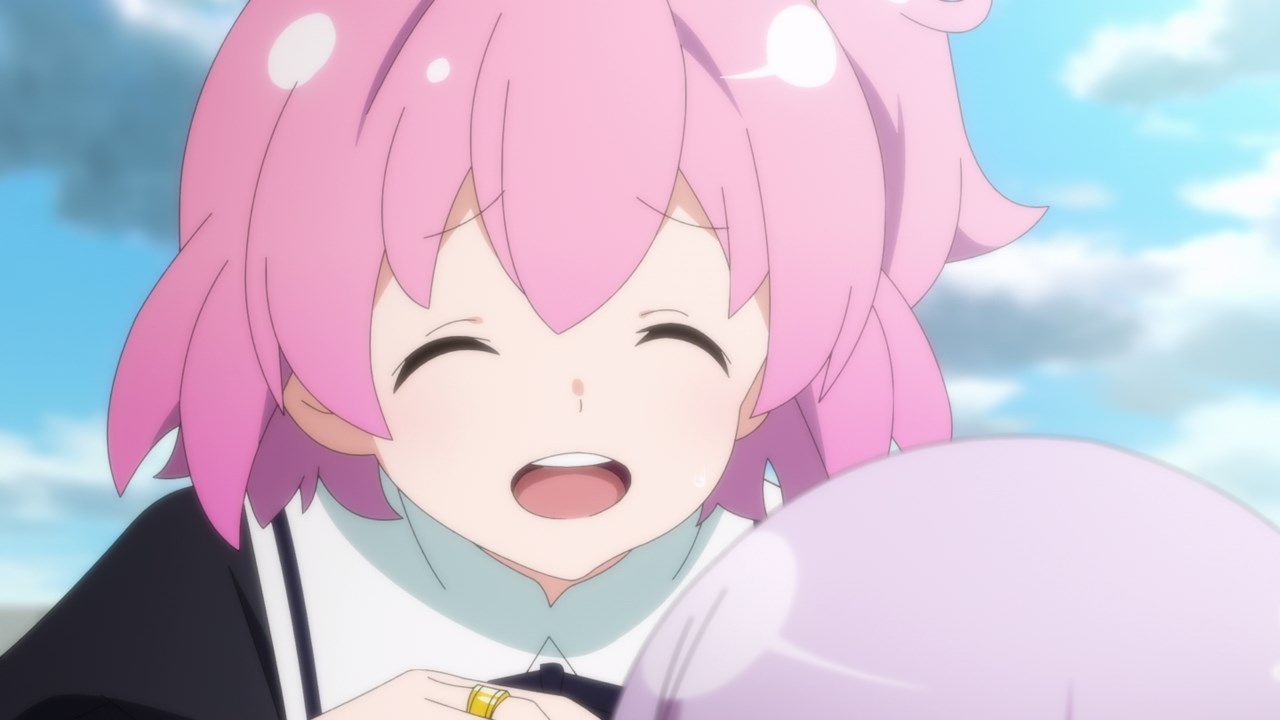 I have to say that Riri Hitotsuyanagi giving a haircut to her daughter Yuri is very sweet. If only they would continue this peaceful life instead of fighting against the HUGE. 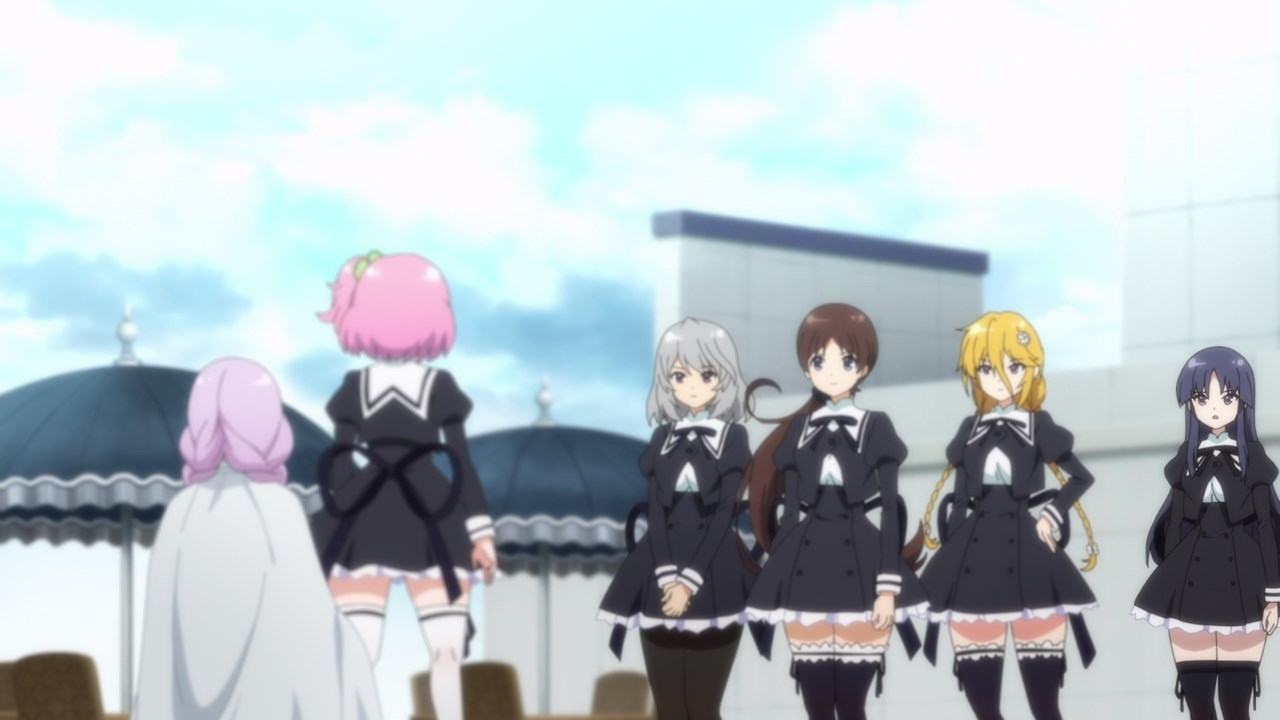 Unfortunately, the student council and Yuyu Shirai told Riri to hand over Yuri as she’s considered to be an enemy to humanity. Sure that Yuri has HUGE DNA, but she didn’t pose a threat! 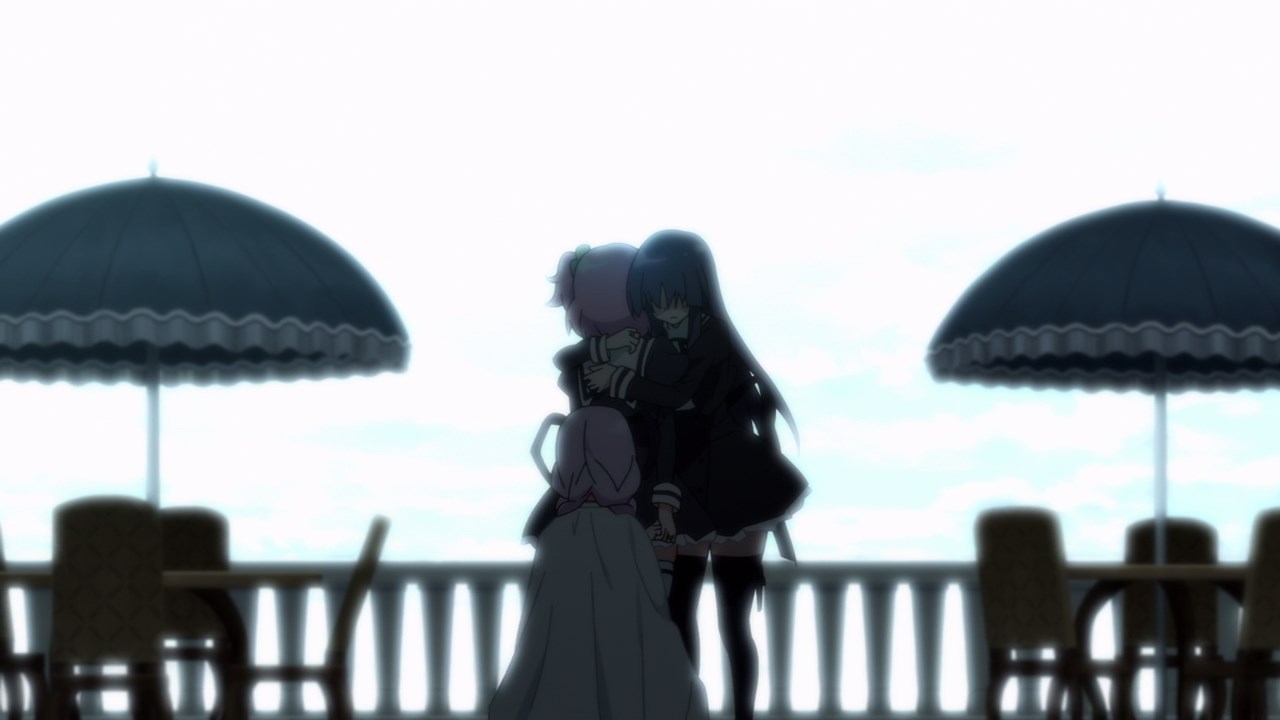 Speaking of Yuyu Shirai, looks like she secretly told Riri and Yuri to make their escape. But how will they do it? 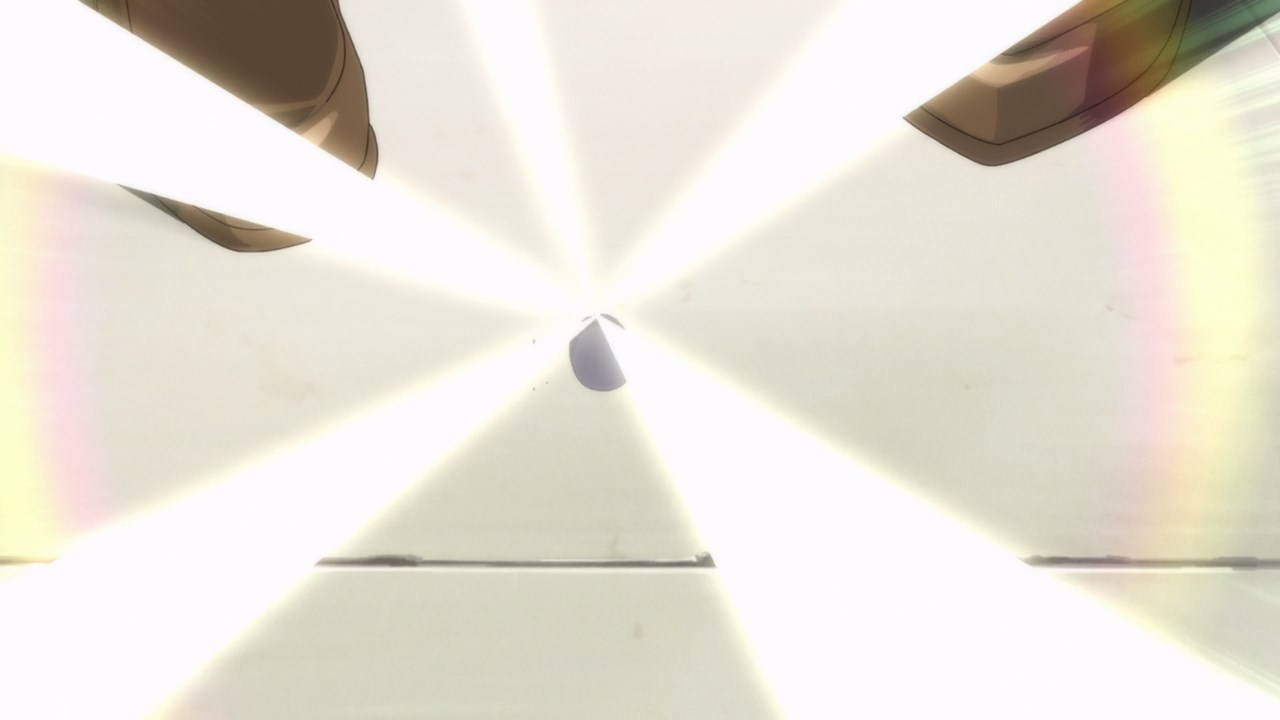 Well, Yuyu-sempai brought some flashbang grenades to blind the student council, making it easy for Riri and Yuyu to get out of the school. 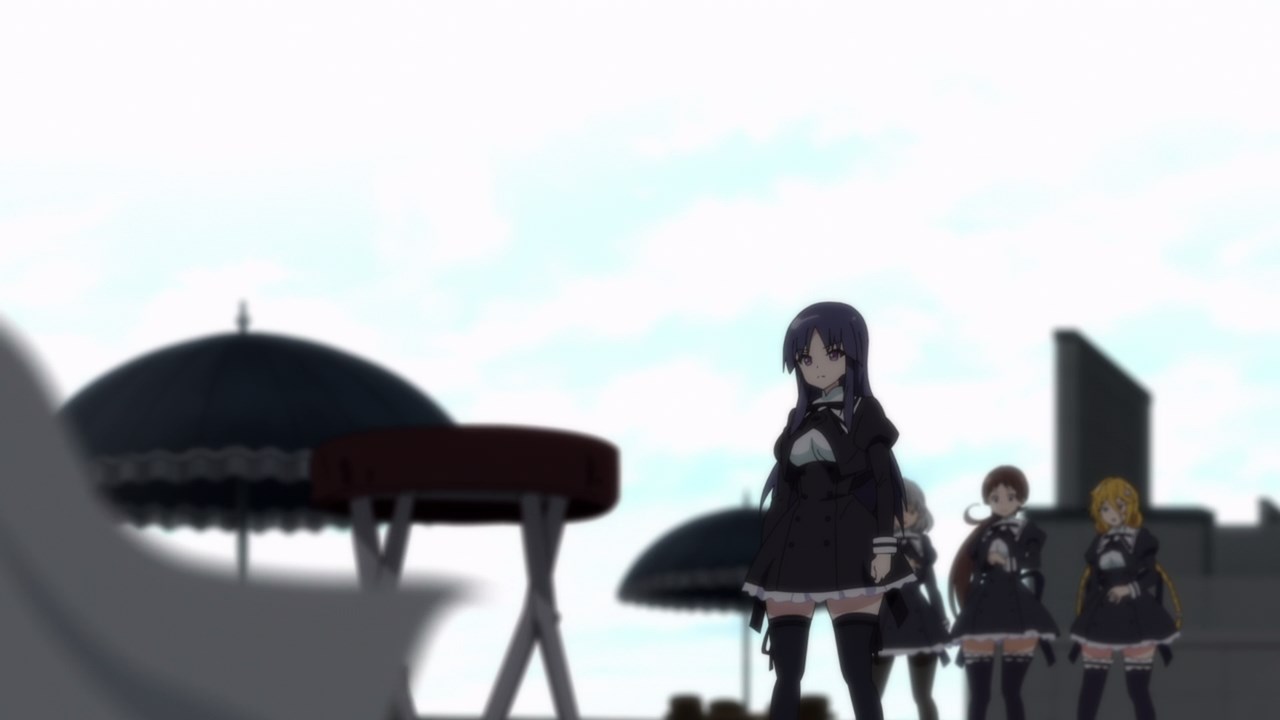 In any case, looks like the rest of Yurigaoka Girls’ Academy will have to find Riri and Yuri Hitotsuyanagi.

Of course, some of them will try to save them from being taken by GEHENA because this organization made illegal things like boosting Lily’s abilities through drugs or HUGE DNA. 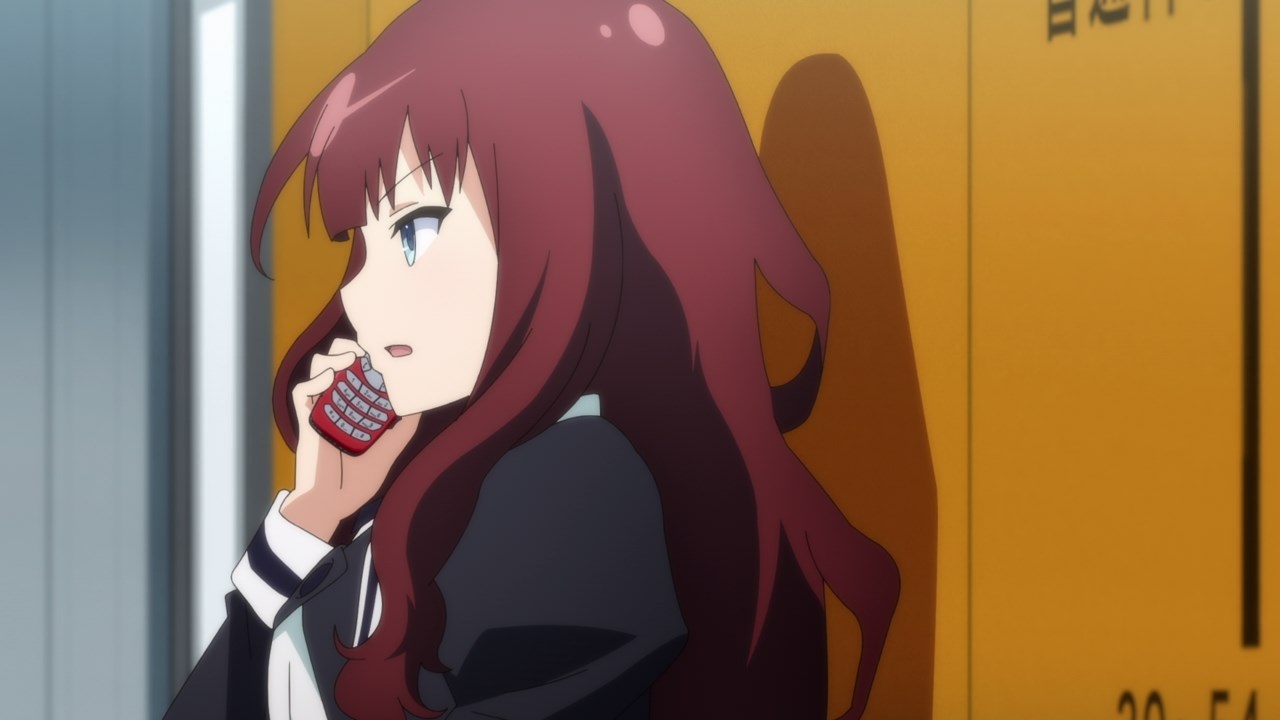 Meanwhile, here’s Kaede Johan Nouvelle and while I expect her to betray Riri Hitotsuyanagi and the rest of the legion, she told her daddy that partnering up with GEHENA was a grave mistake. 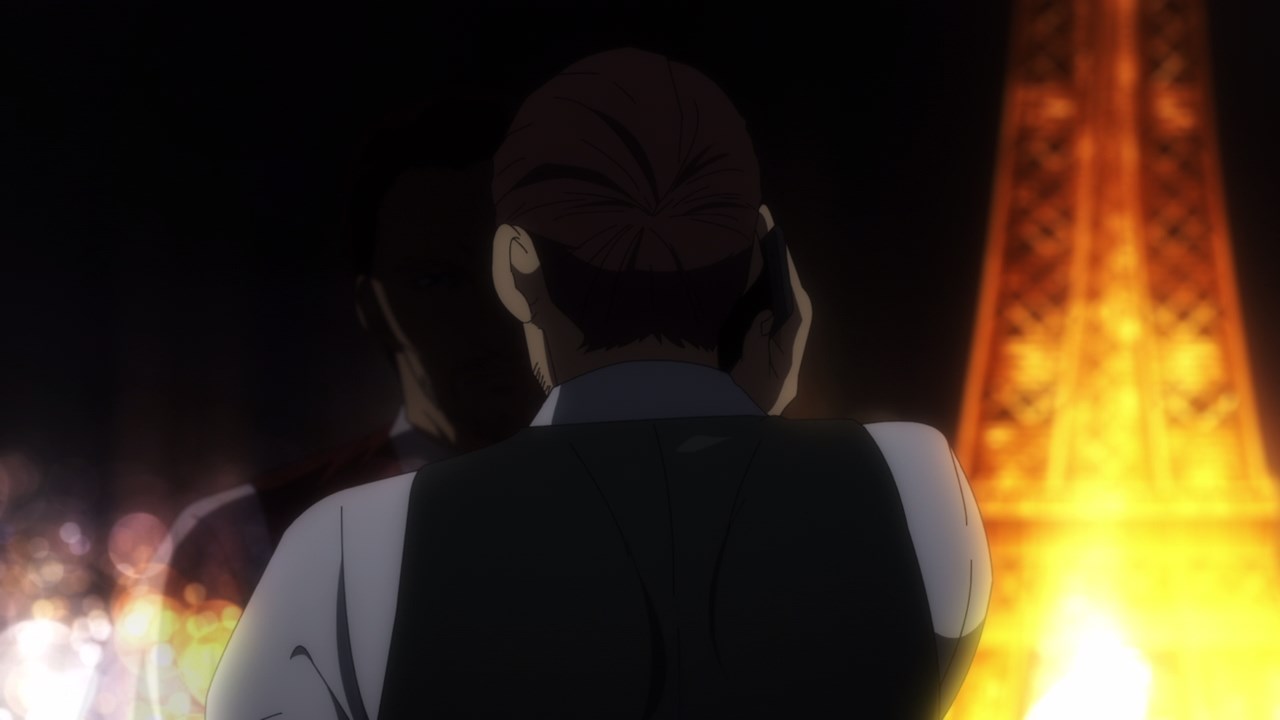 So much that Kaede wants her father not to interfere as she’ll rescue Yuri from GEHENA. Well, glad that Kaede didn’t conspire with that dubious organization. 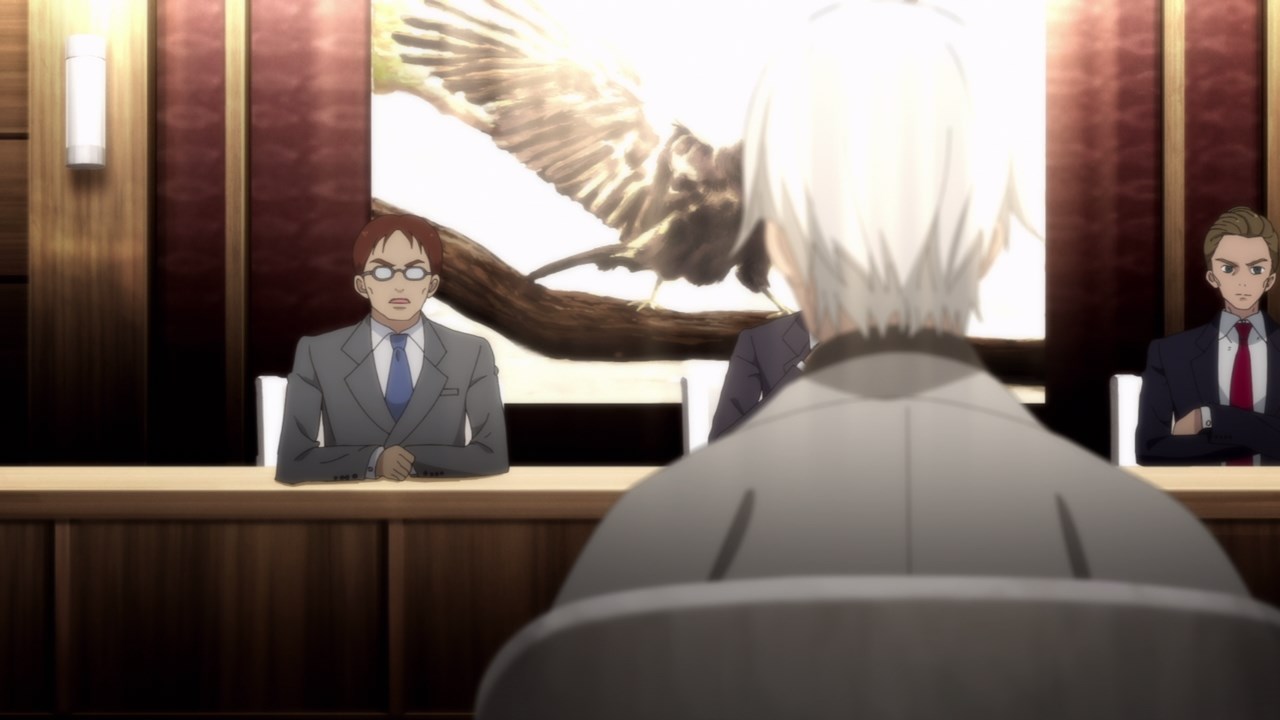 However, there’s another battlefield being wage over Yuri Hitotsuyanagi as various politicians pressured Kogetsu Takamatsu to hand over Yuri as they consider her as a threat. 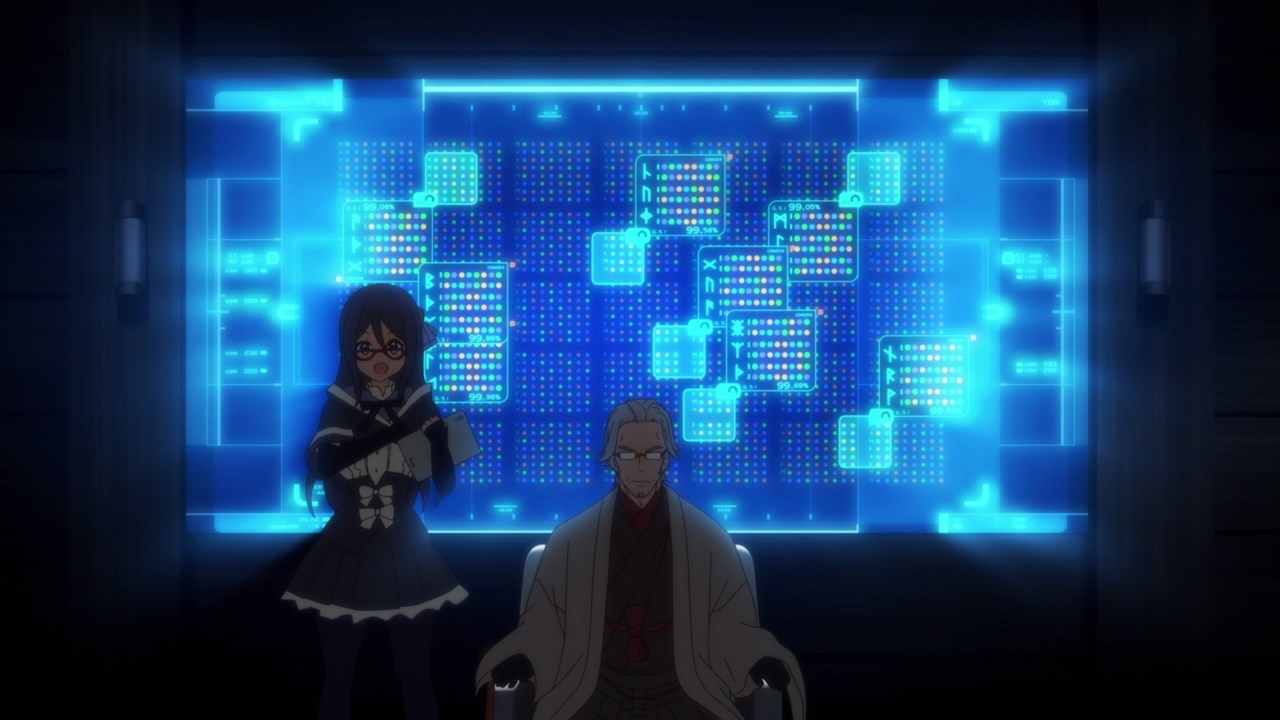 Of course, there’s still hope to convince them otherwise as Moyu Mashima has arrived to show her findings to those politicians and save the acting chairman’s dignity. Turns out that after careful analysis, it’s concluded that Yuri Hitotsuyanagi is 99% human.

Okay, it’s not 100% since there’s a tiny bit of HUGE DNA, but Moyu considers Yuri as a human. But hey, this evidence is enough for them to convince that she’s not a threat to humanity. 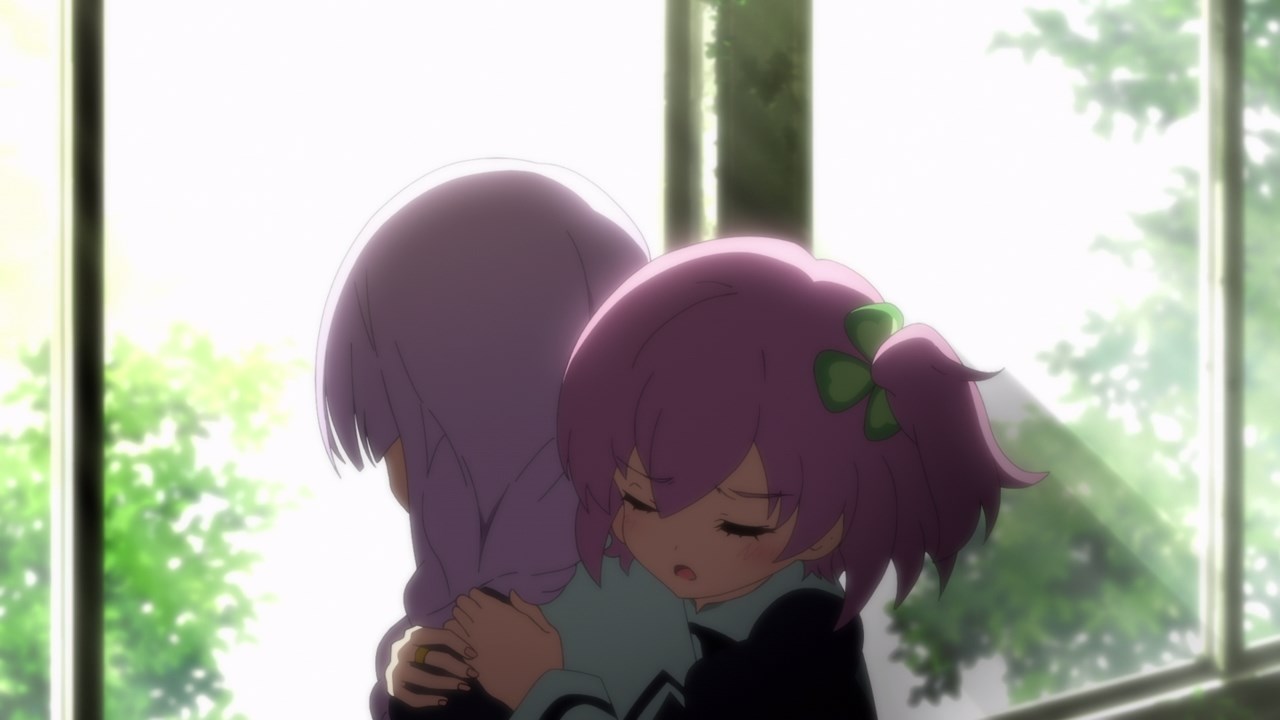 Now let’s go back to Riri and Yuri where they currently hiding at an abandoned school. 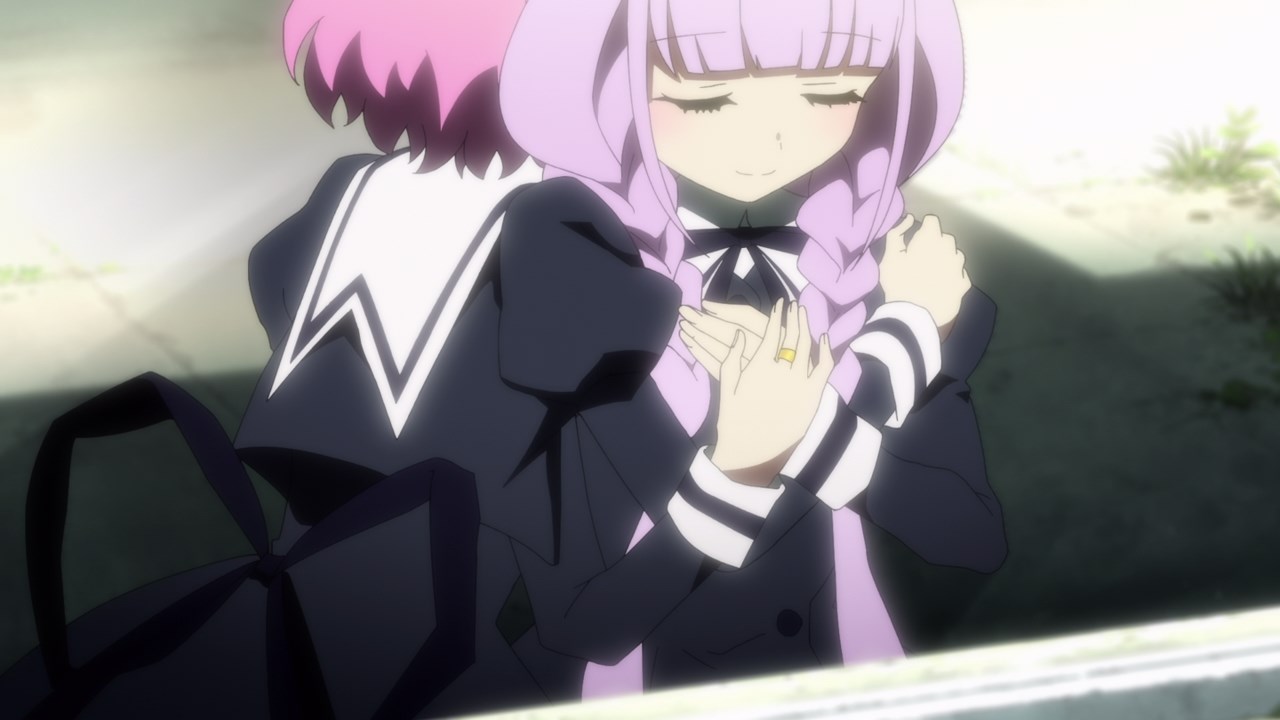 Of course, Yuri felt that in everyone’s eyes, she’s a HUGE and therefore might pose a threat to humanity.

But you know what, Riri will continue to defend her daughter no matter what the cost. 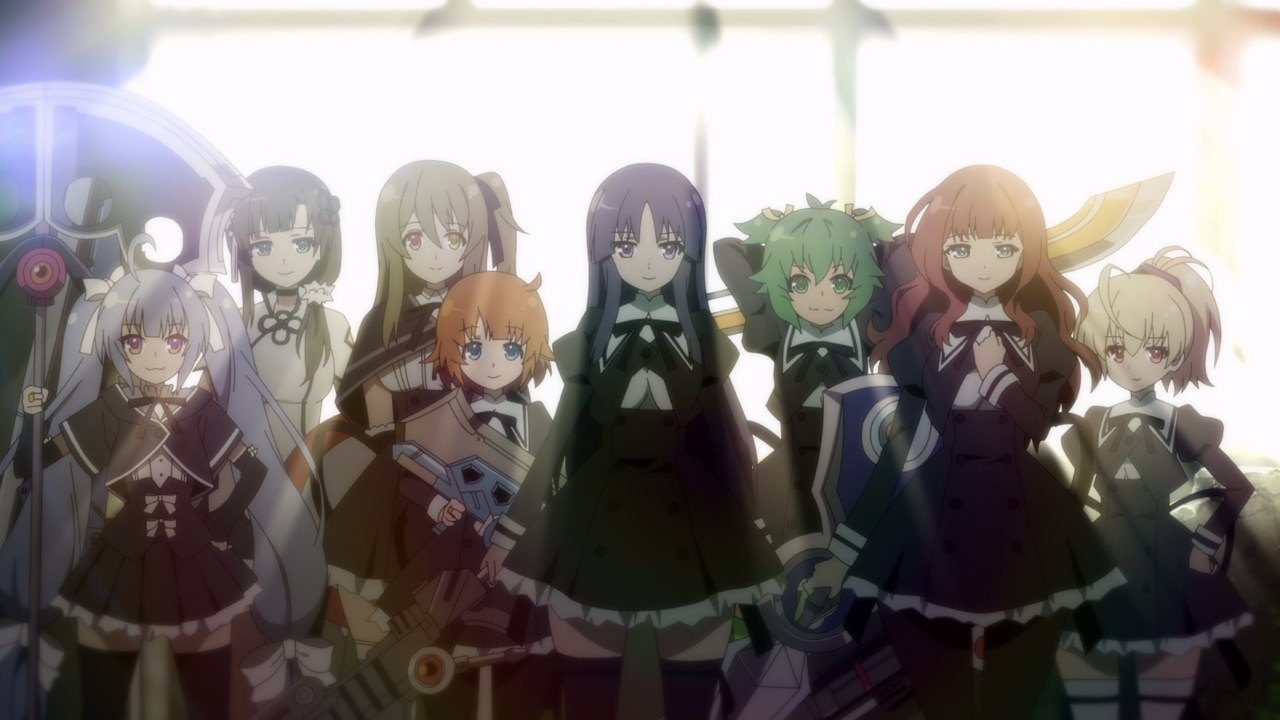 Oh and it’s not just Riri, but her legion is here to defend Yuri from GEHENA as they’re arrived to tell the news that Yuri can finally stay in Yurigaoka Girls’ Academy as a Lily.

What a great news there and I thank Moyu Mashima for saving their asses. Of course, this episode is not yet over! 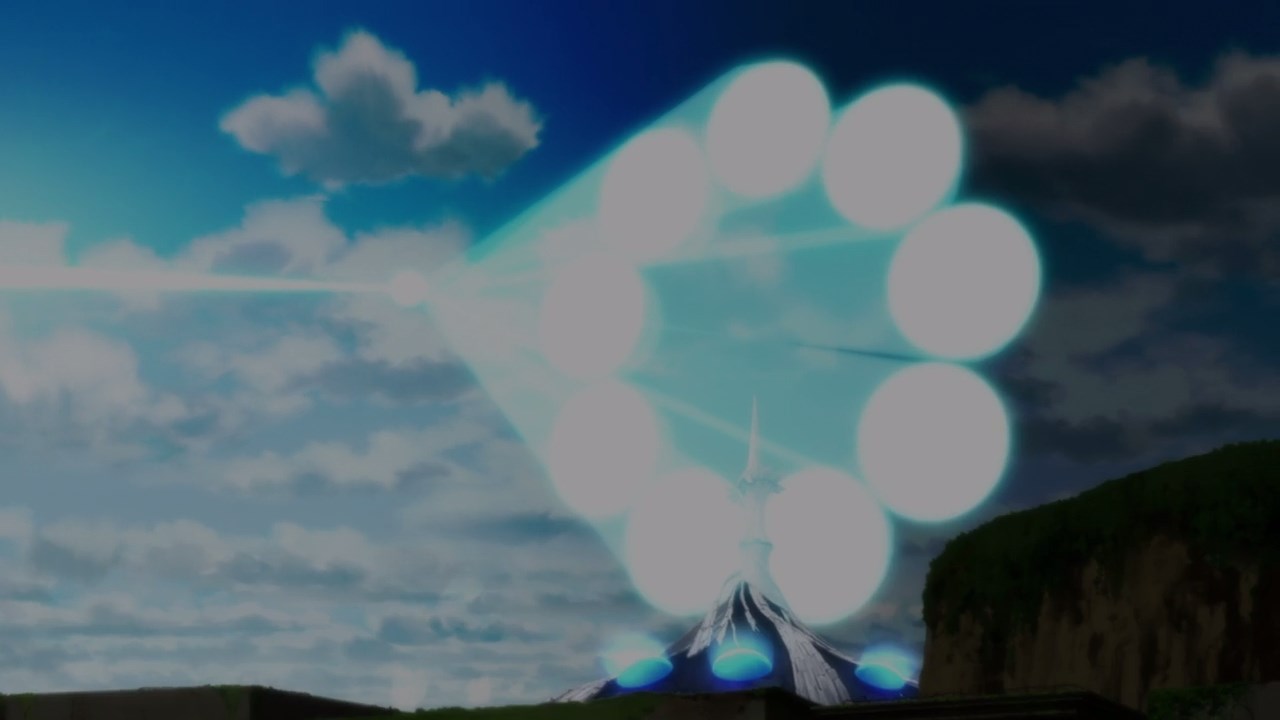 Turns out that a HUGE appeared to destroy a town as it fired a Magie-powered laser towards the coast. 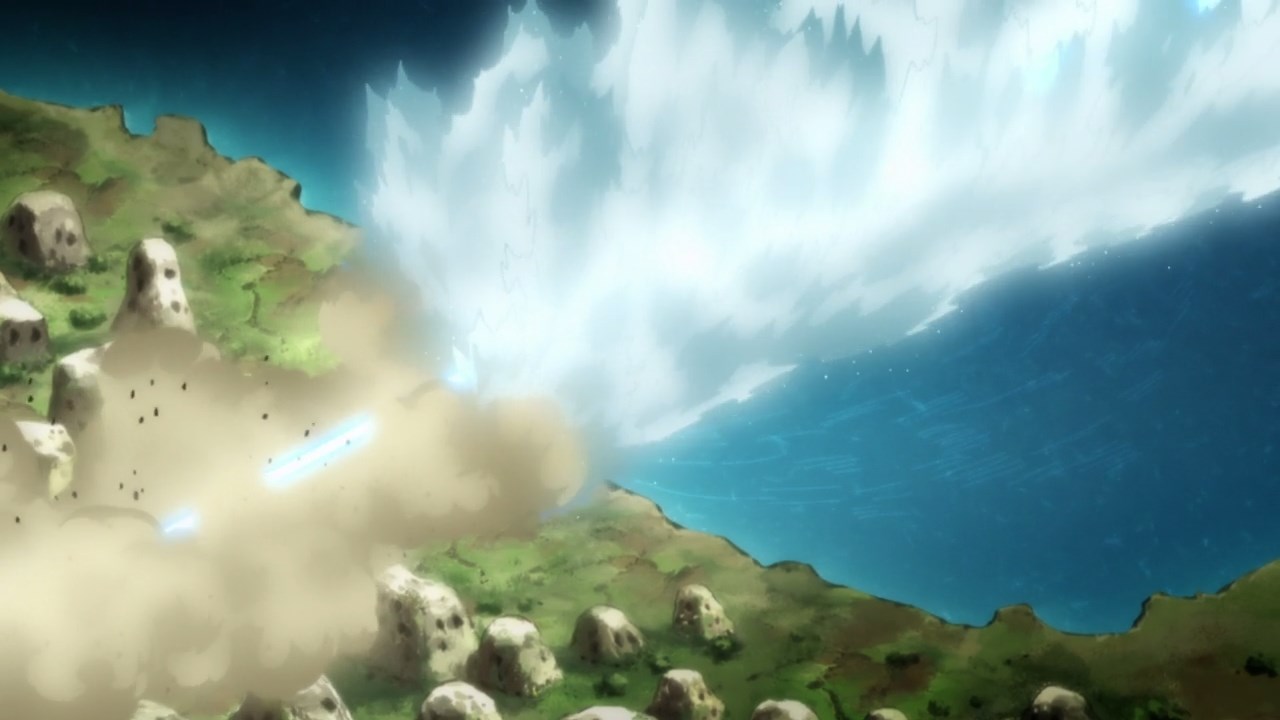 Oh and here’s the scariest part as this HUGE is being supplied with Magie from its nest, therefore it can harness Magie without running out. Ugh, looks like their enemies are getting stronger. 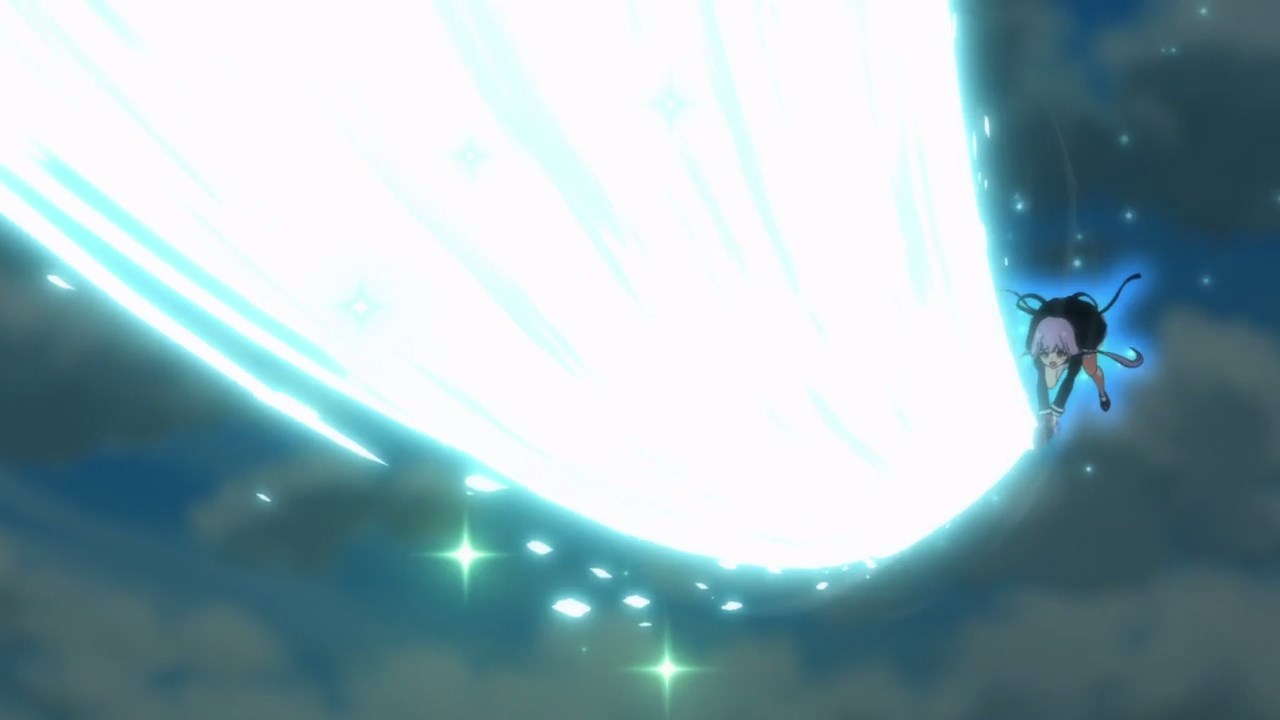 Fortunately, there’s one Lily who can stop this HUGE from destroying the town as Yuri Hitotsuyanagi steps in to unleash a powerful beam sword against the enemy. 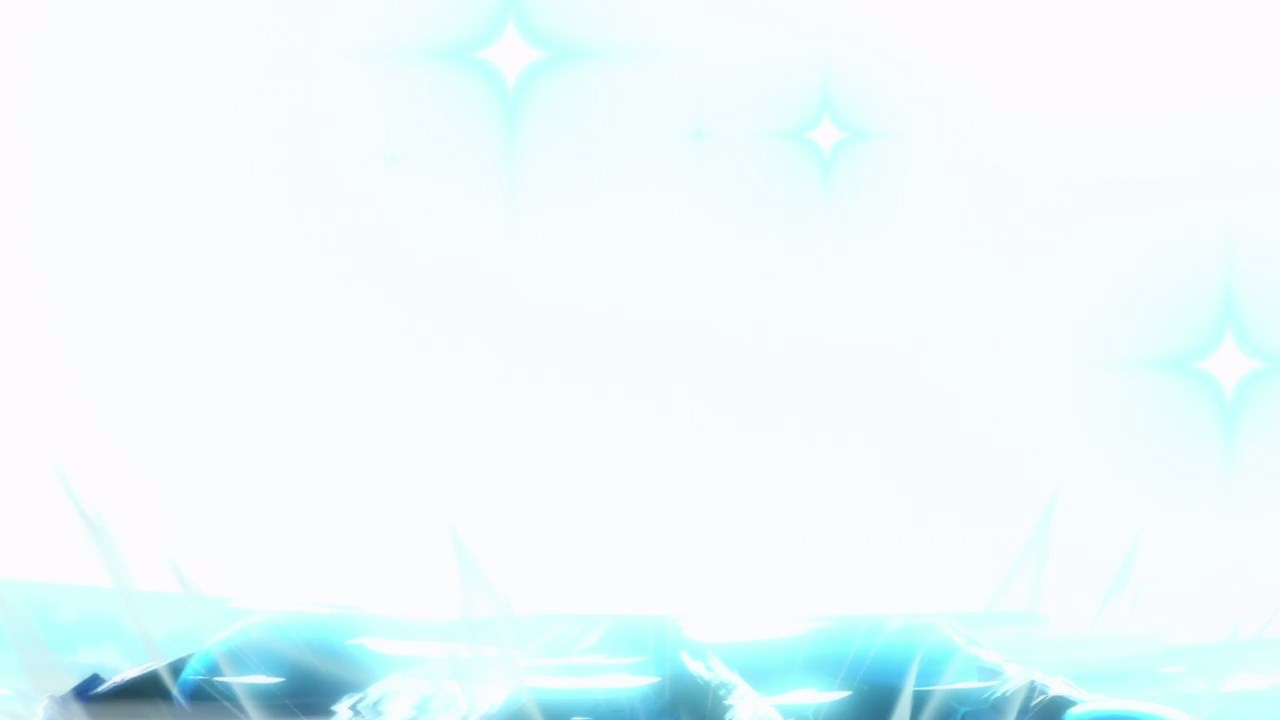 And as you can see, this HUGE is completely wiped out thanks to Yuri’s gigantic beam sword. Looks like the town is saved. 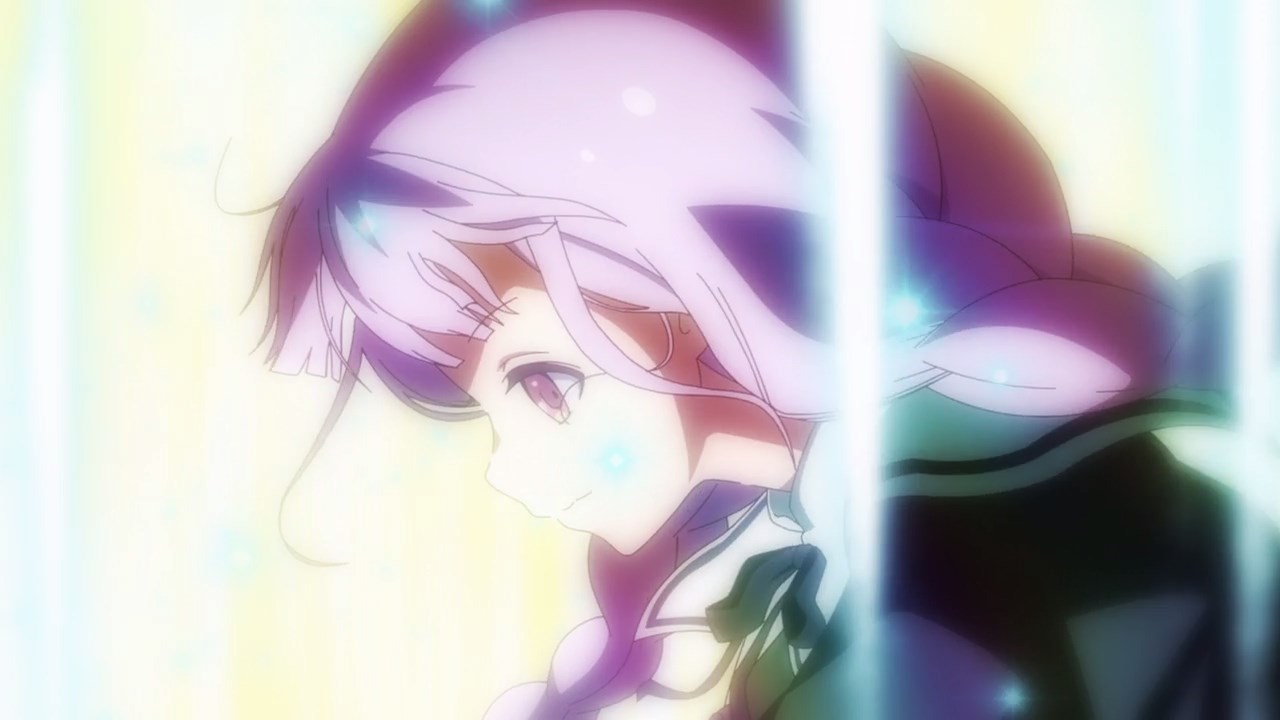 Unfortunately, it appears that Yuri might not survive as she ran out of Magie. Dammit, I need somebody to save Riri’s daughter! 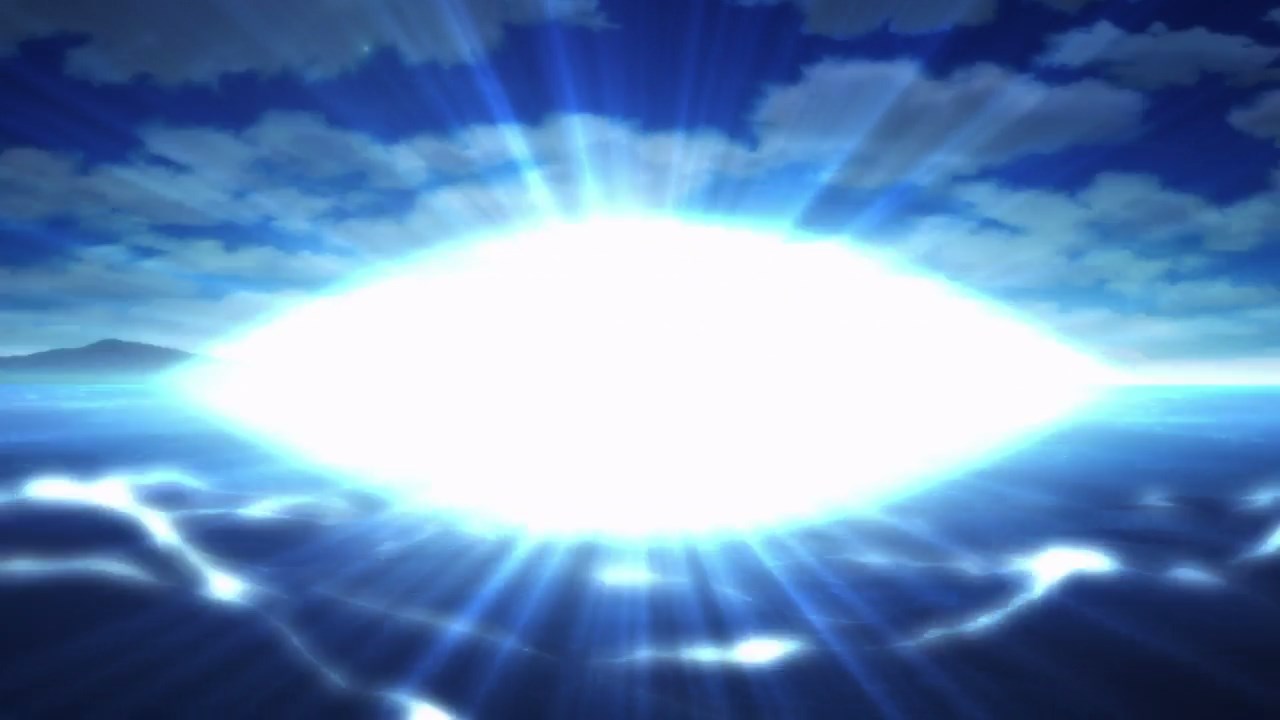 Anyways, Yuri Hitotsuyanagi got caught in a huge explosion and man, I can’t believe that she died there. 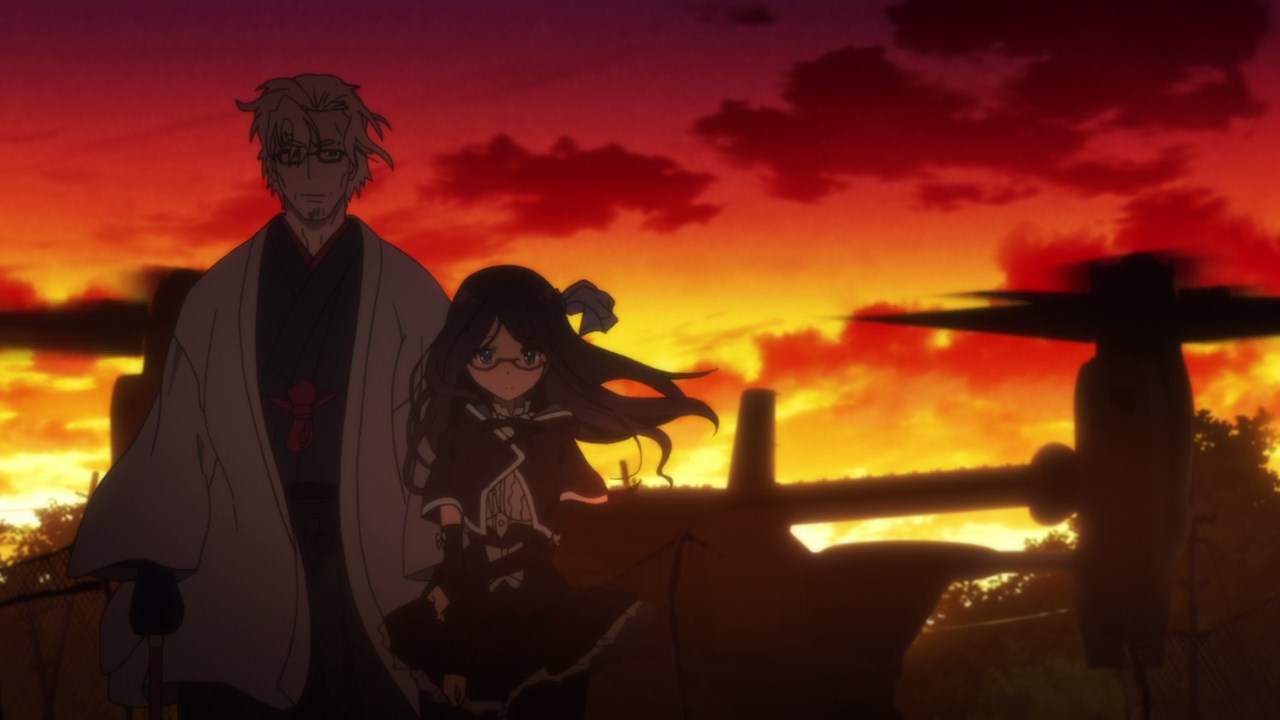 For everyone else within Yurigaoka Girls’ Academy, it was a dark day as they mourn the loss of Yuri Hitotsuyanagi. 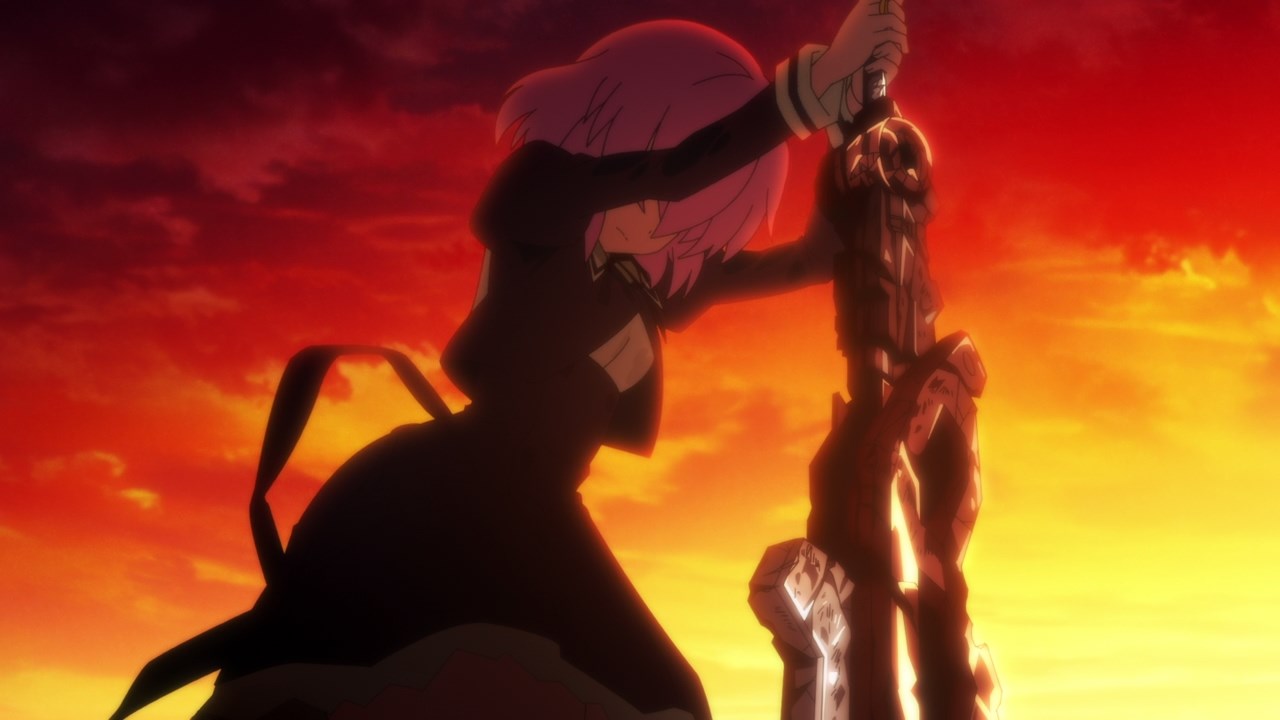 Of course, the one that hit the hardest is Riri Hitotsuyanagi as she’s saddened that her daughter has died. What’s the point of saving her from GEHENA’s grasp if Yuri has to sacrifice herself!?

But that’s about it for this episode as while they mourn Yuri’s death, the only thing that bugs me the most is what will be GEHENA’s next move. Will they make artificial Lilies from HUGE DNA? I’ll never know for sure.