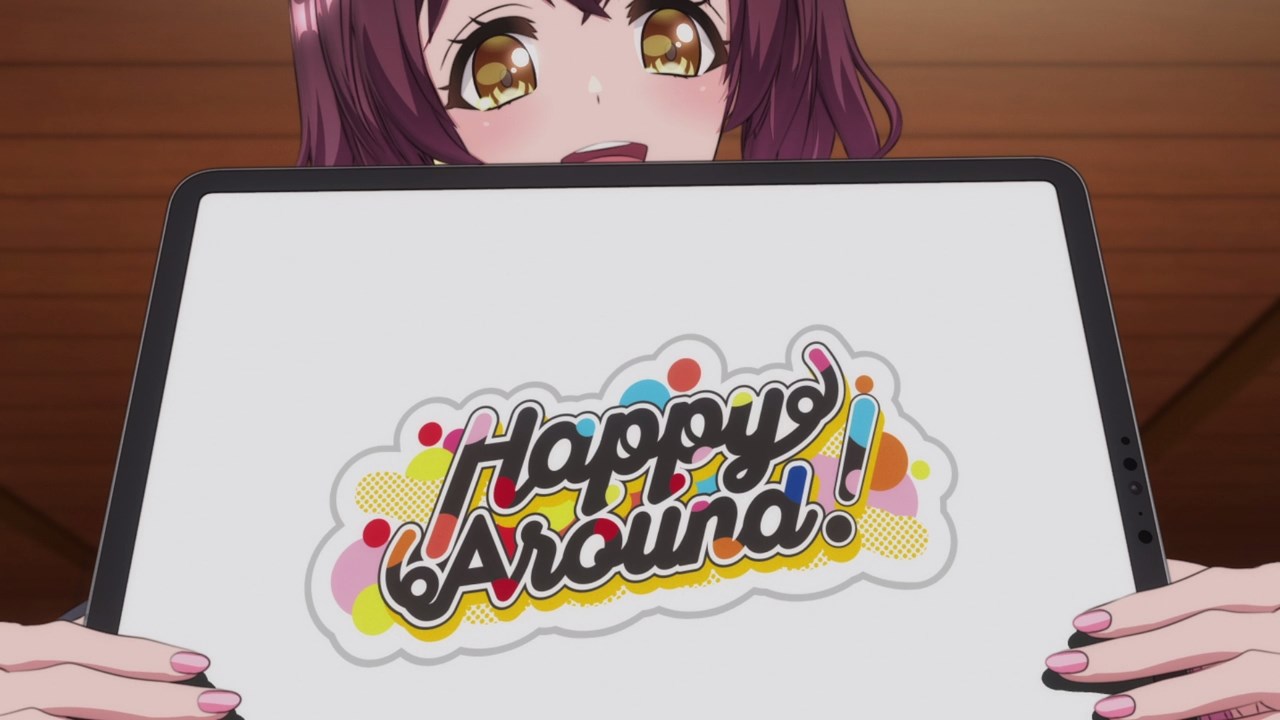 On this episode, Muni Ohnaruto has created a logo for their new DJ unit name Happy Around and man, she did a great job of making one that fits the unit’s style pretty well. 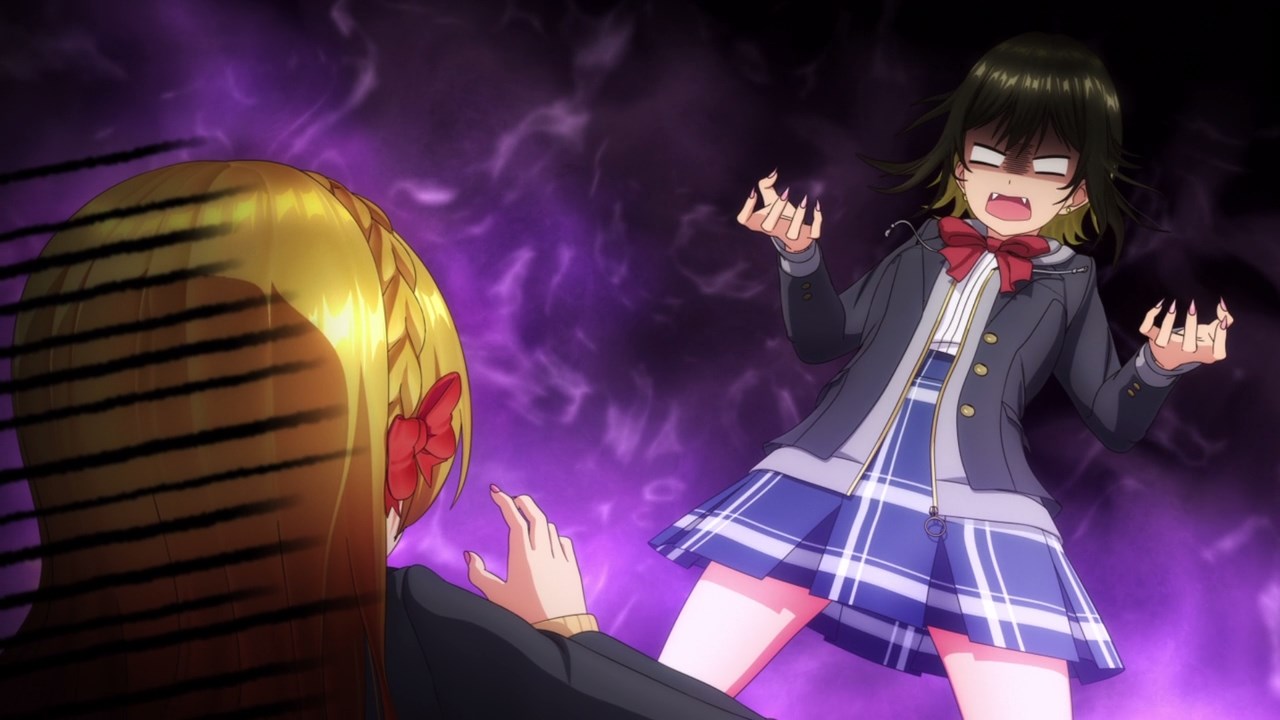 Unfortunately, there’s a crisis as Maho Akashi got angry upon learning that Rinku Aimoto flunked badly in the mock exams. Yeah, she’s worried that Rinku might fail in the upcoming final exams. 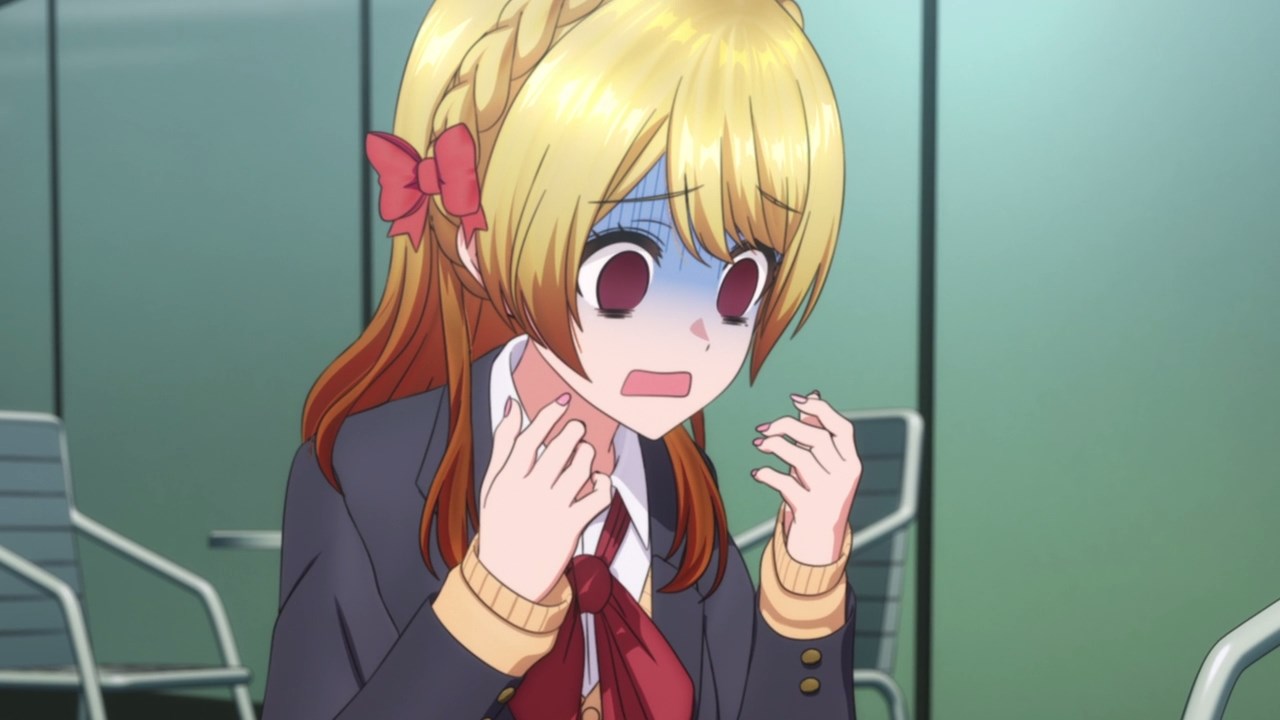 Oh and if Aimoto flunked the finals, she cannot perform with her DJ unit until Rinku passed the test. Well, looks like it’s time for Rinku to study hard. 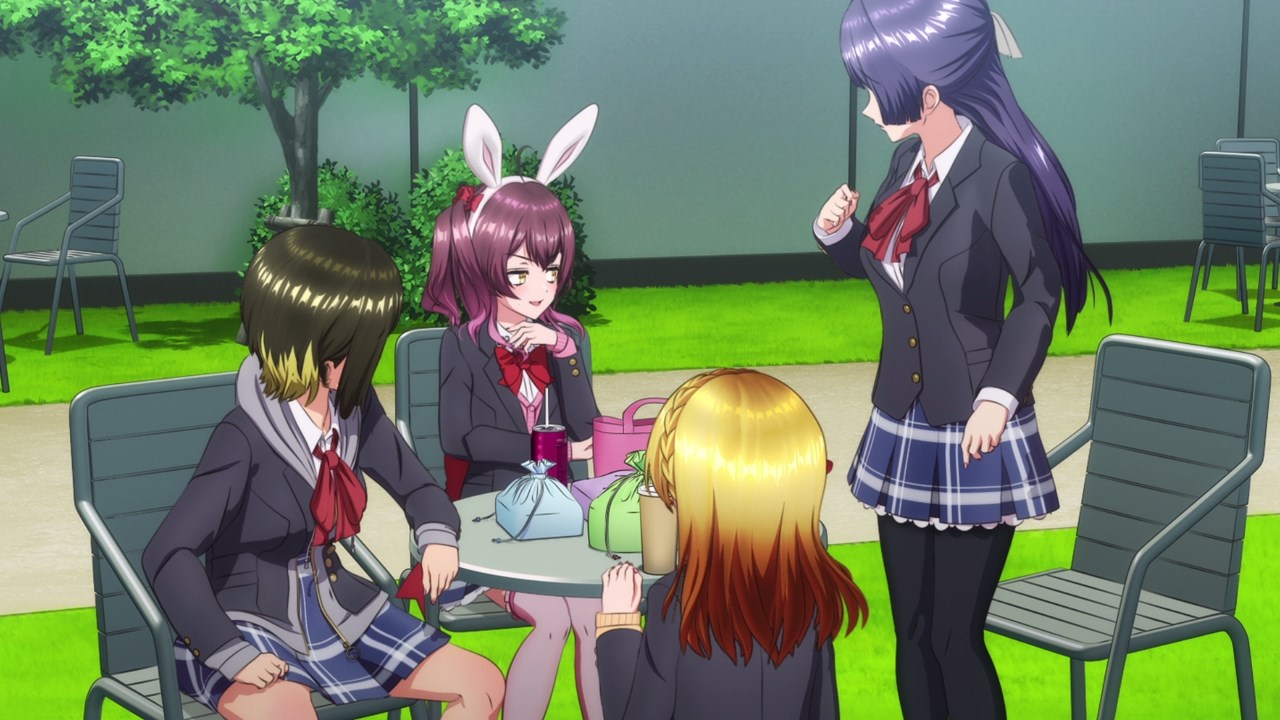 Of course, she’s not the only one who got failing grades as Muni Ohnaruto is having difficulty when it comes to language arts.

But what about Rei Togetsu if you may ask? I mean, she’s a rich girl who has higher grades than everyone else. 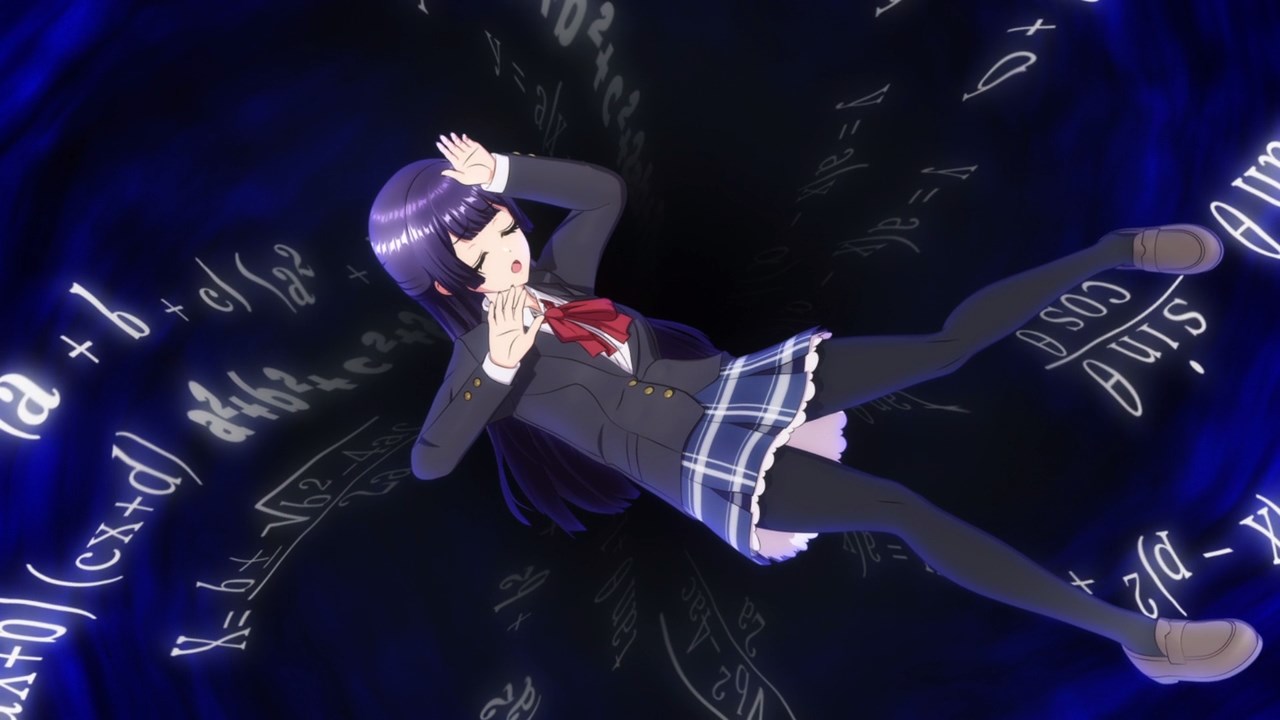 Well, Rei has trouble when it comes to mathematics. Looks like it’s time for a study camp as the quartet must pass the final exam before performing at the concert hall. 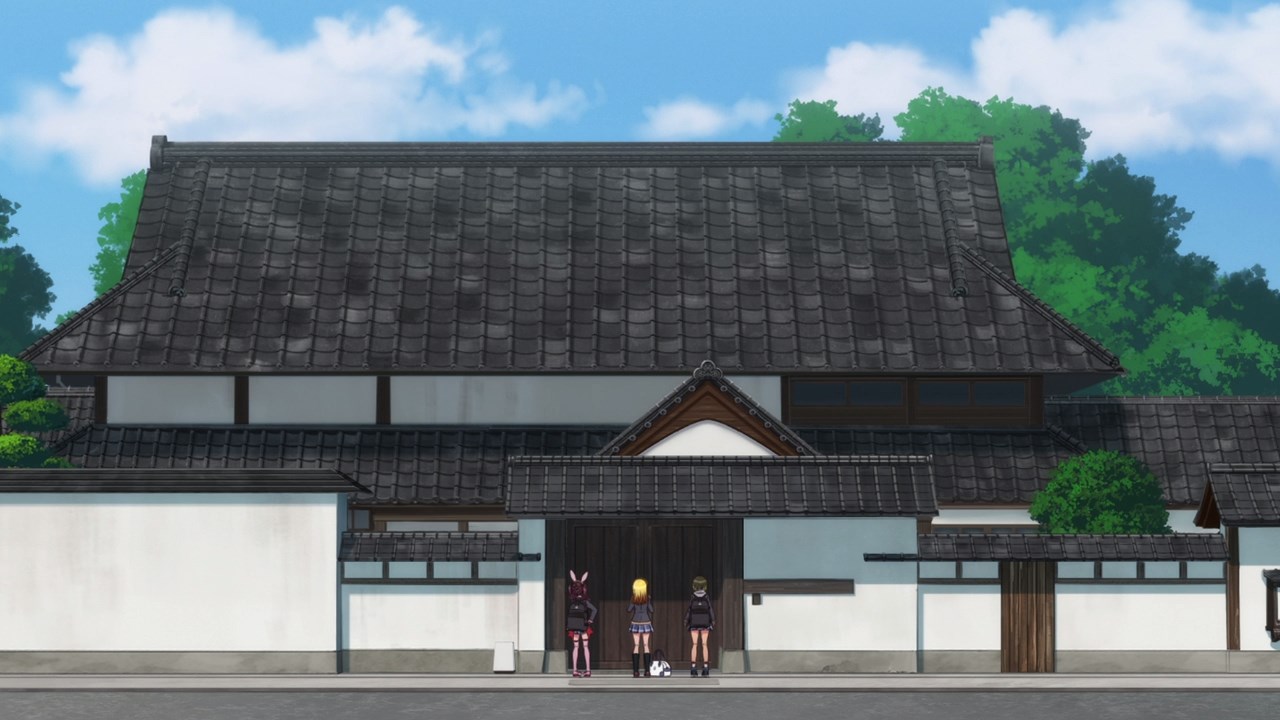 Oh, and they’re gonna study at Rei Togetsu’s mansion. You know something, I bet that both Rinku and Muni-chan are gonna laze around inside the mansion. 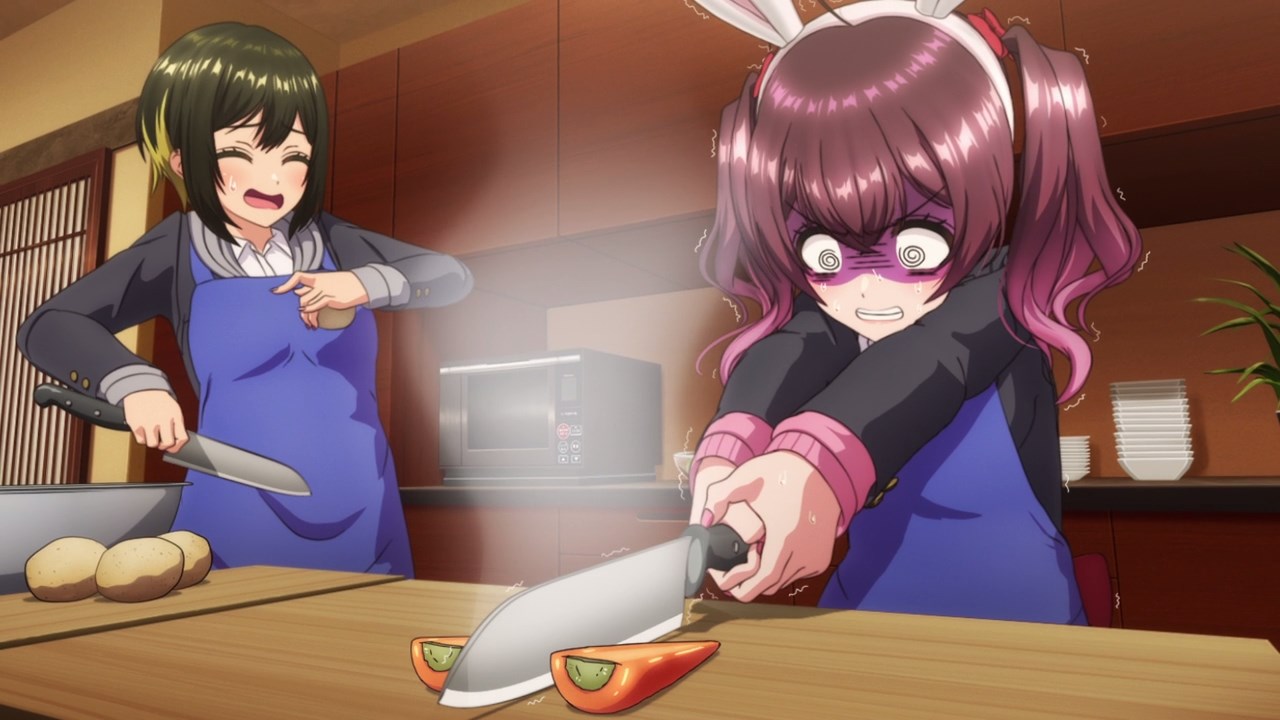 Well actually, they do some activities like making beef stew, albeit a bit chaotic because you have Muni-chan who can’t cook. Oh, and Rei used some high-quality beef to make a stew for 4 people. 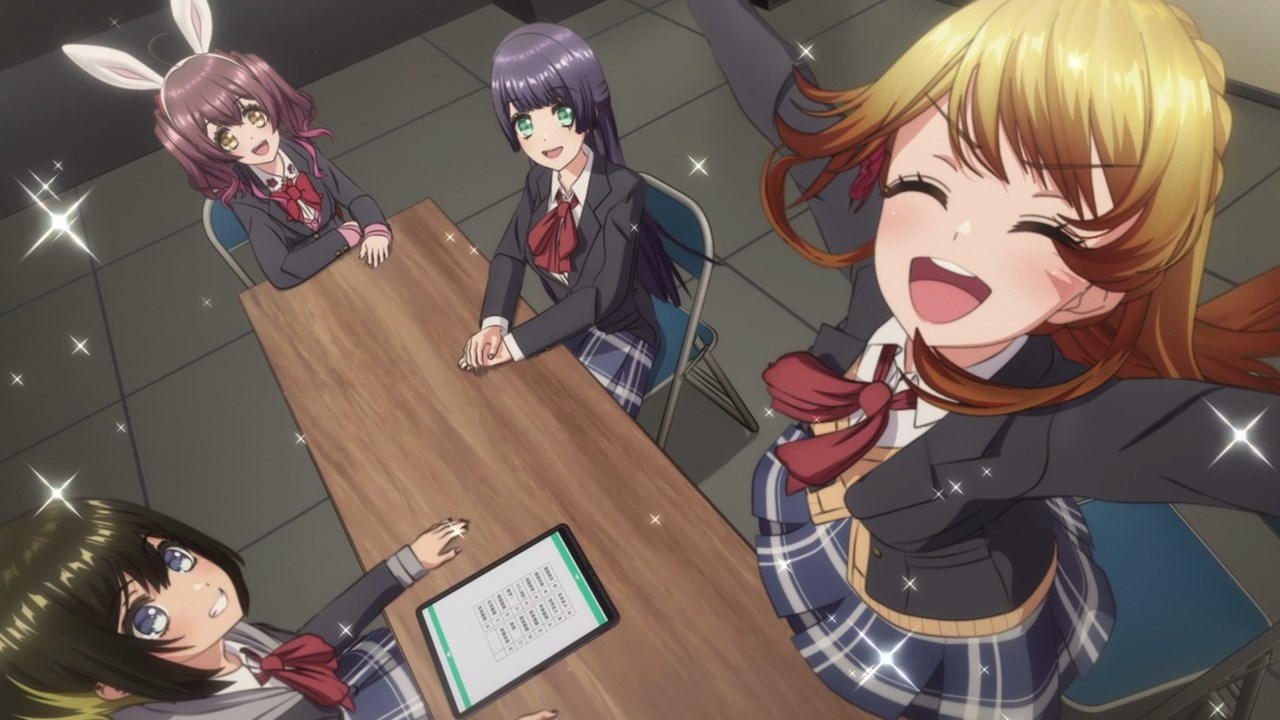 As for their study session, they went ahead without a hitch as Rinku Aimoto and the rest got passing grades in the final exam.

Of course, their study session wouldn’t have happened if it wasn’t for Maho Akashi nagging them. 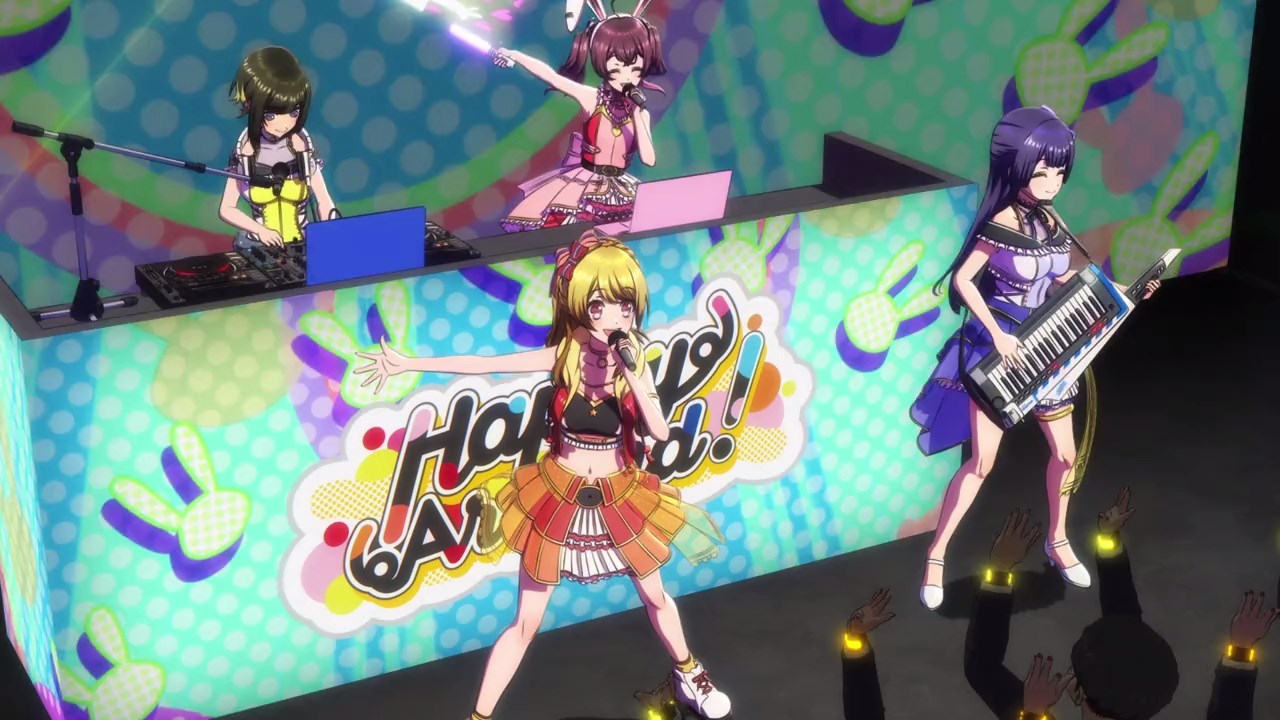 But hey, the only thing that mattered is that Rinku and the rest can finally perform at the hall without any worries.

And that’s about it for this episode as Happy Around put up a fantastic show! 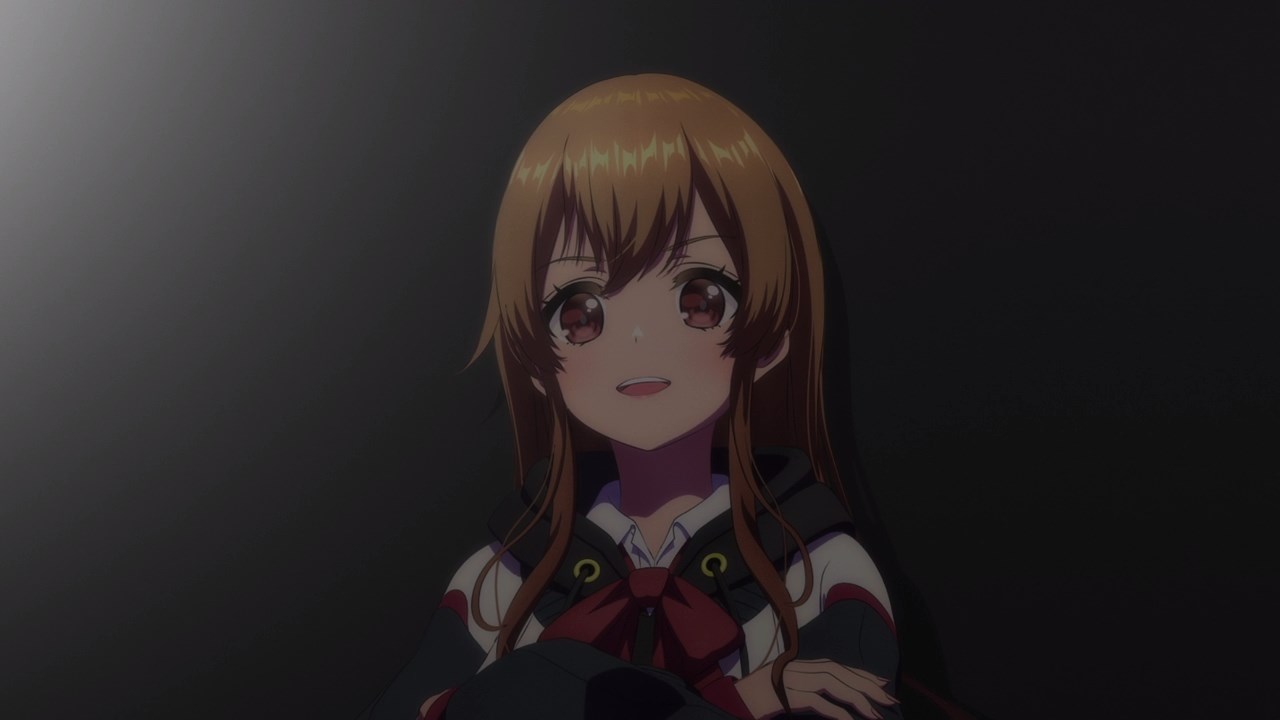 Then again, it appears that Kyouko Yamate from Peaky P-key is very interested towards Happy Around as she wants to meet them on the next episode. Oh boy, I smell a rivalry coming up!