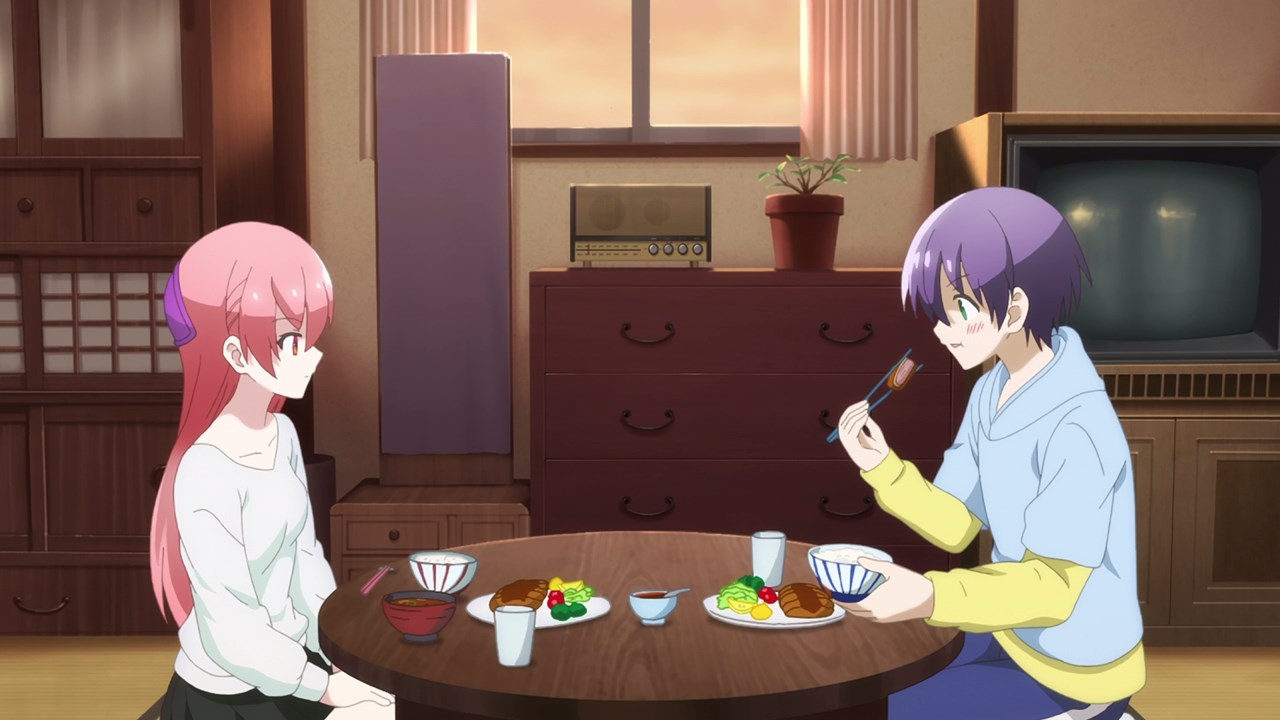 Well everyone, here’s both Tsukasa and Nasa Yuzaki as they’re still staying at the Arisugawa residence. Gotta say that their shed is well-equipped like a TV, a stove, whatever appliances that they needed to make their lives easier.

Unfortunately, the couple can’t stay at the shed forever as they need a new apartment since the old one got burned. 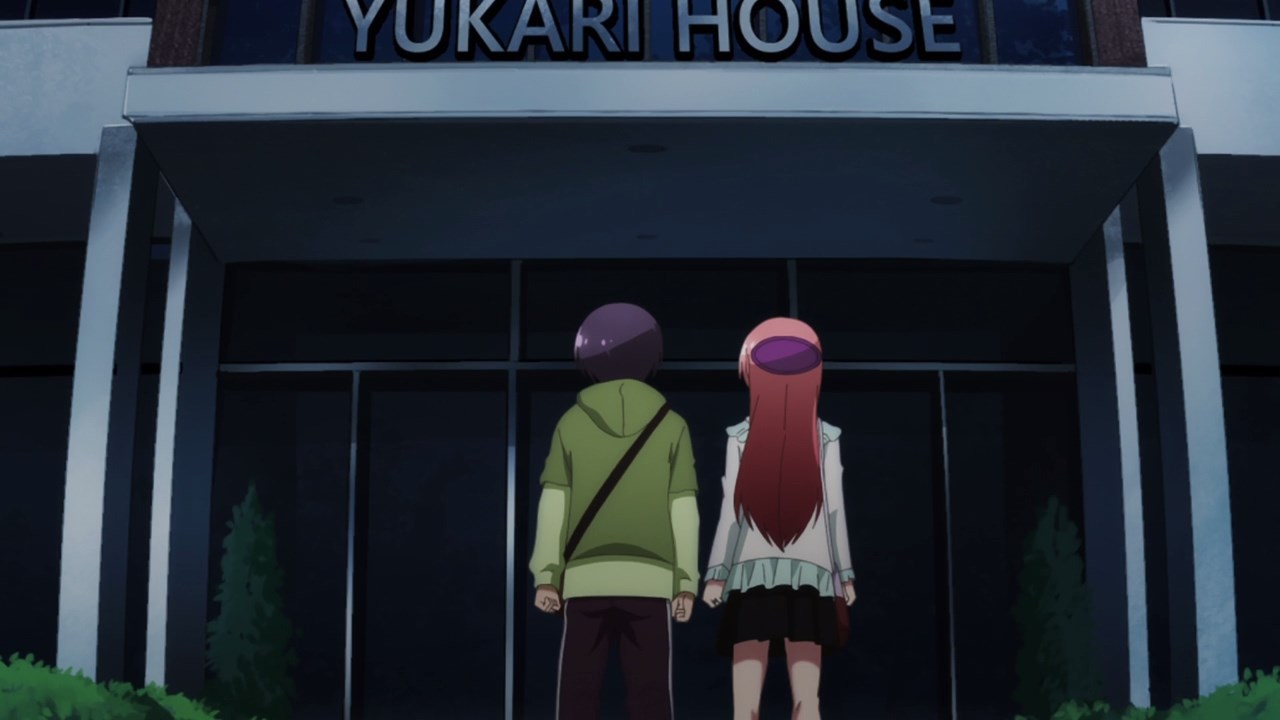 Fortunately, Nasa-kun got a call from his former landlord where there’s a new place for him and his wife to stay, although I don’t think this is the apartment that they’re looking for since it’s expensive. 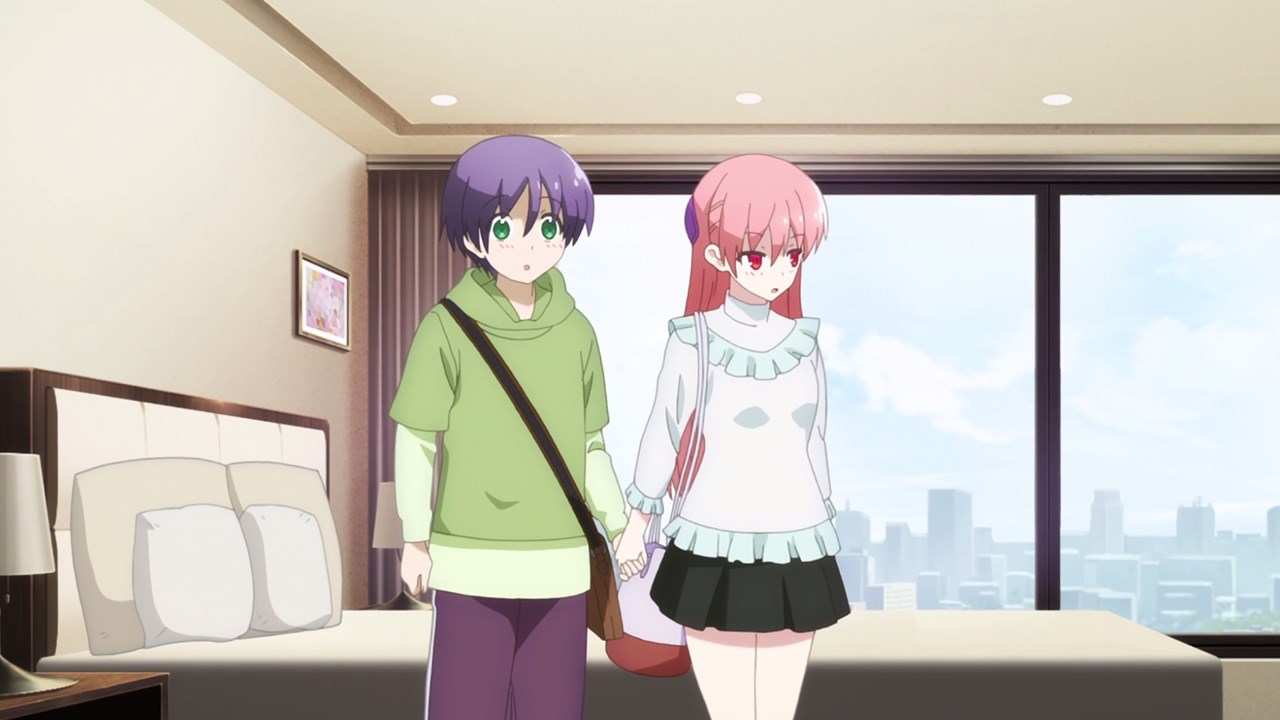 Speaking of Tsukasa-chan, seems that she loves staying here, although let’s not forget that they went to the wrong apartment since there’s no way Wataru Tachibana would recommend this place.

But still, Nasa and Tsukasa will live there in the future if they have lots of money. Man, if only Nasa’s parents would give him financial support. 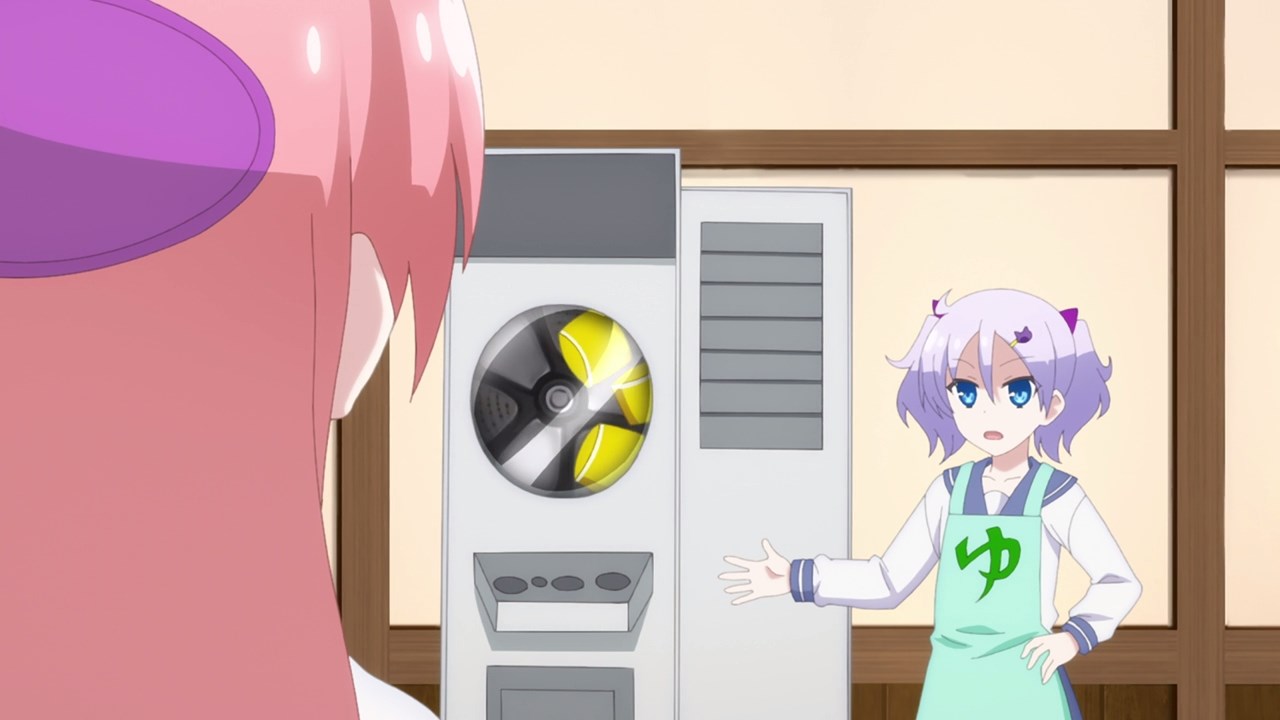 Meanwhile, here’s Kaname Arisugawa where she shows various machines to Tsukasa Yuzaki, like this automatic bucket cleaner where Nasa built it using a box of scraps.

Well, that’s amazing coming from Nasa-kun but come to think of it, I wonder if he’s actually a reincarnated version of Tony Stark? Nah, it can’t be! 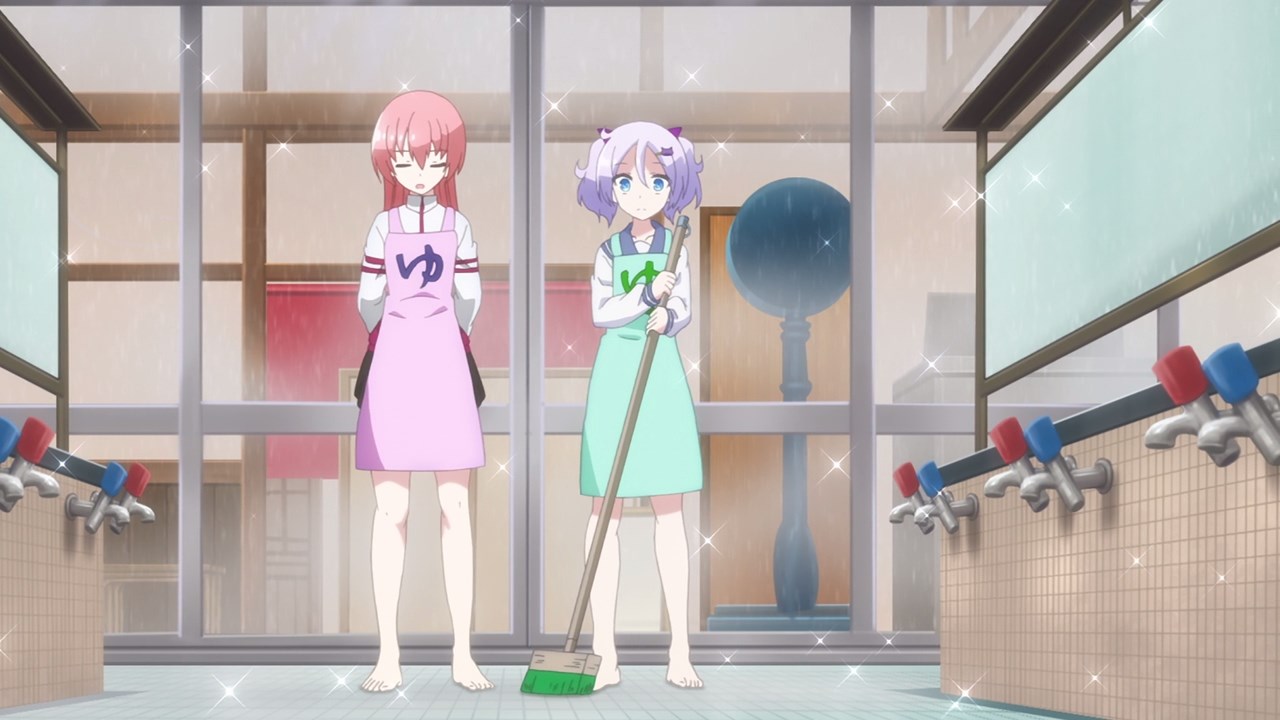 Aside from Nasa’s machines, business as usual for Kaname as she cleans the bathhouse before going to school. Of course, Tsukasa helped her out which Kaname appreciate it. 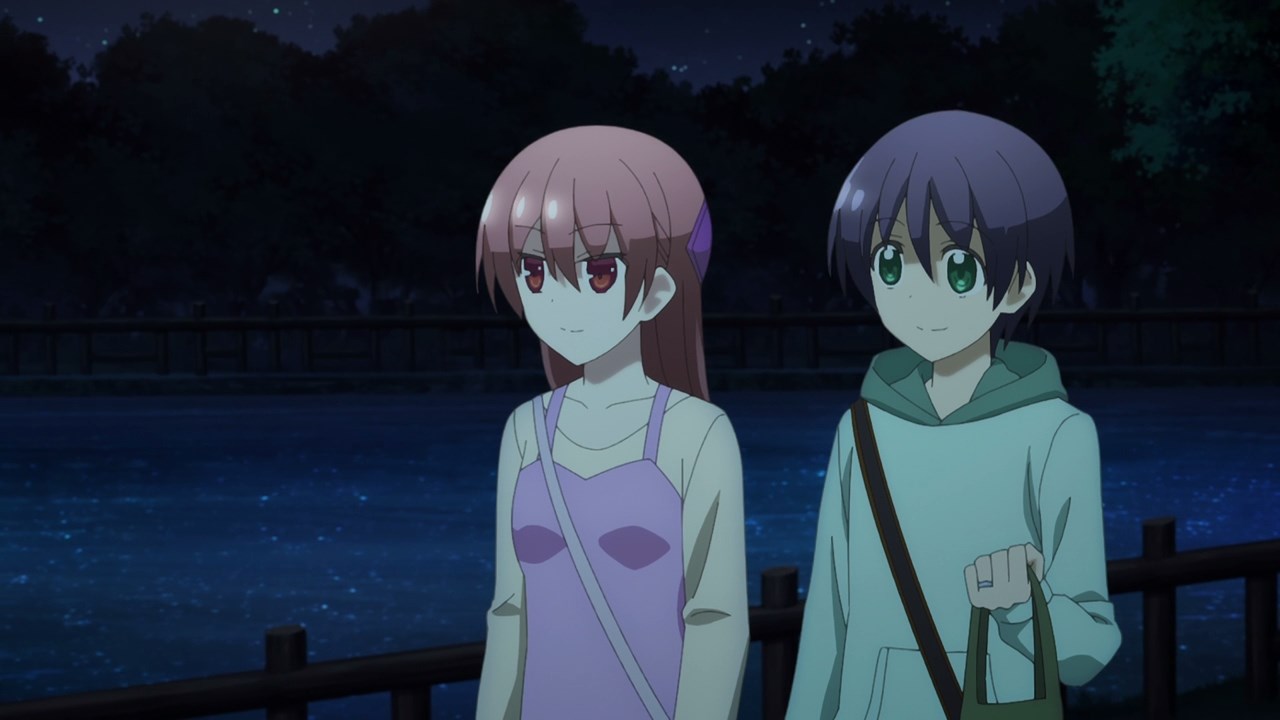 One last thing, here’s the couple around the park at night. C’mon, it’s nothing special really! 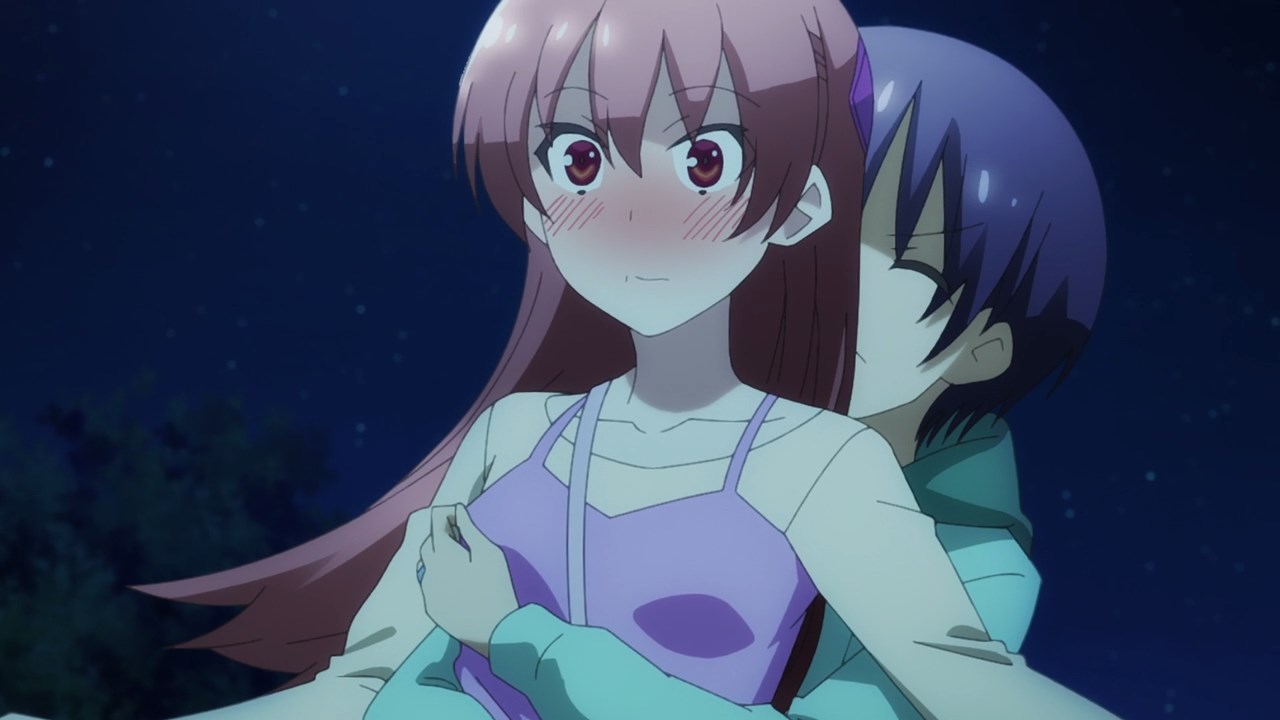 That’s until Nasa-kun decides to hug Tsukasa-chan since no one is looking at them. Well, there’s one exception as Chitose Kaginoji is spying on them from a mile away.

Just kidding, there’s no way she would have a powerful telescope to spy on the couple but anyways, this is just another cute episode as I see you next time. Let’s hope that there’s no drama happening on the penultimate episode.