Posted on December 6, 2020 by benigmatica 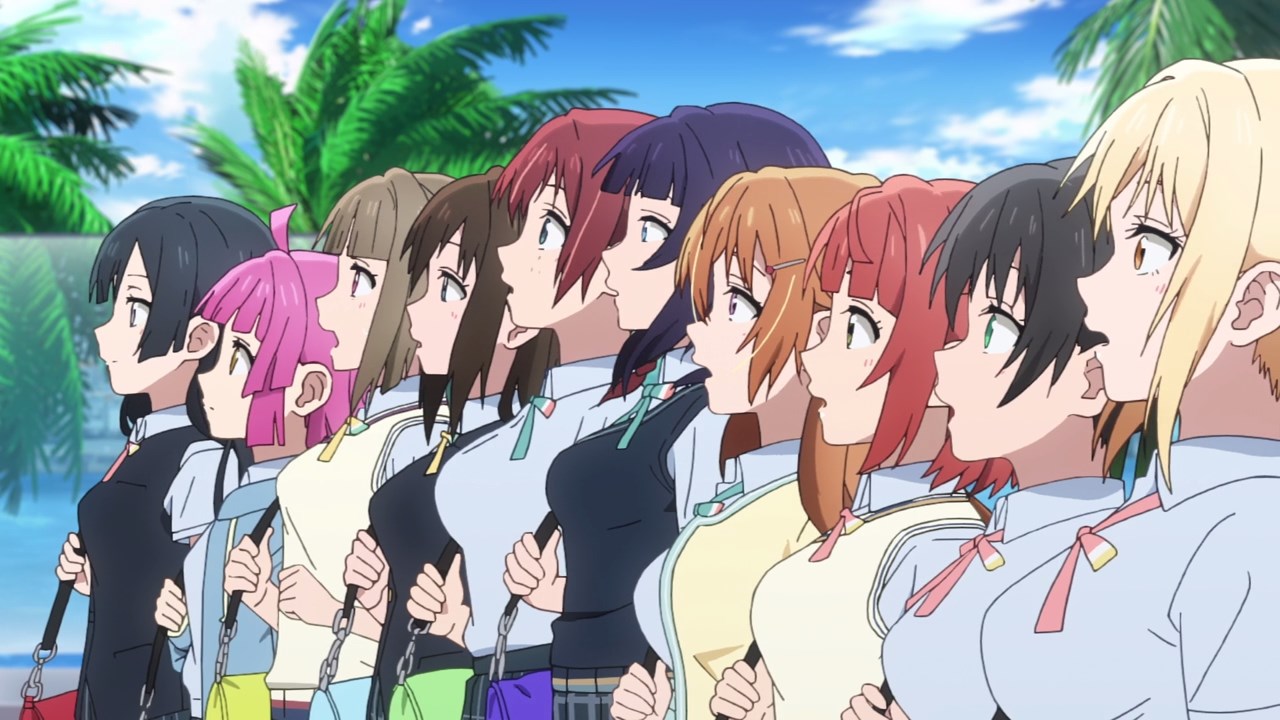 Well everyone, it’s time for the summer camp episode as Nijigasaki High School Idol Club will have their camp… 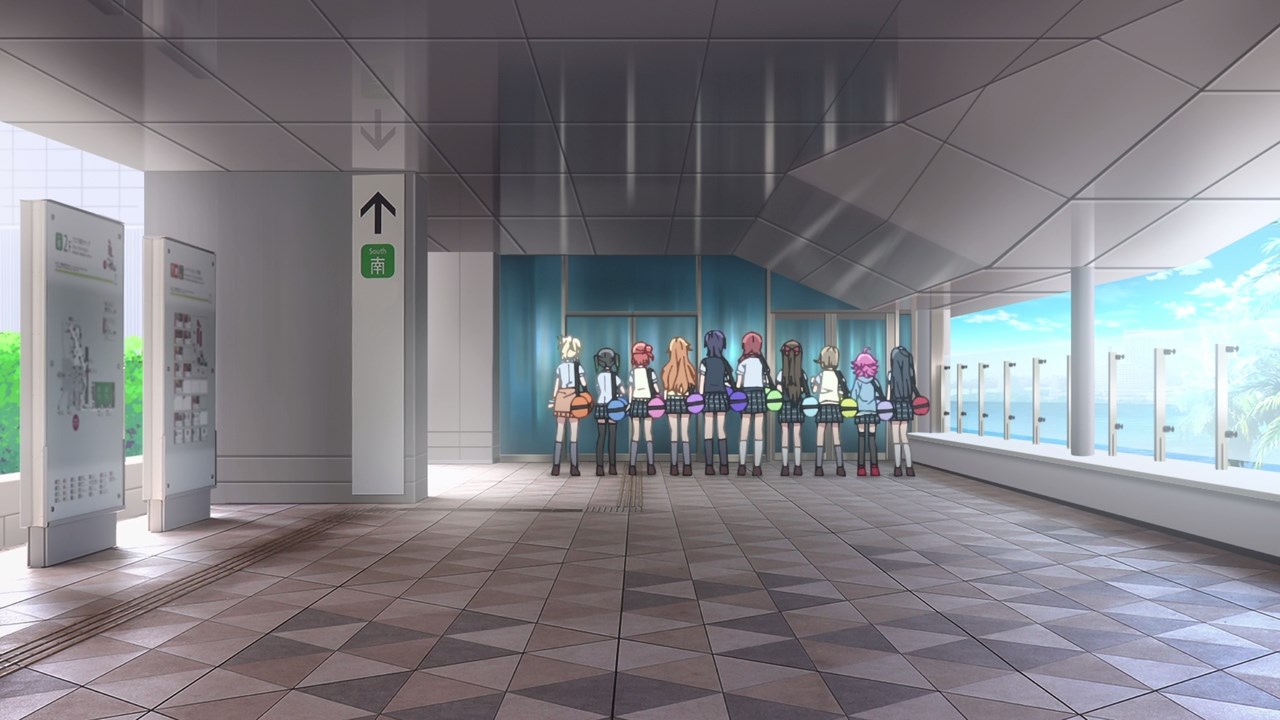 …at the school building. No fancy mansion offered from any of the cast because Nijigasaki has everything! 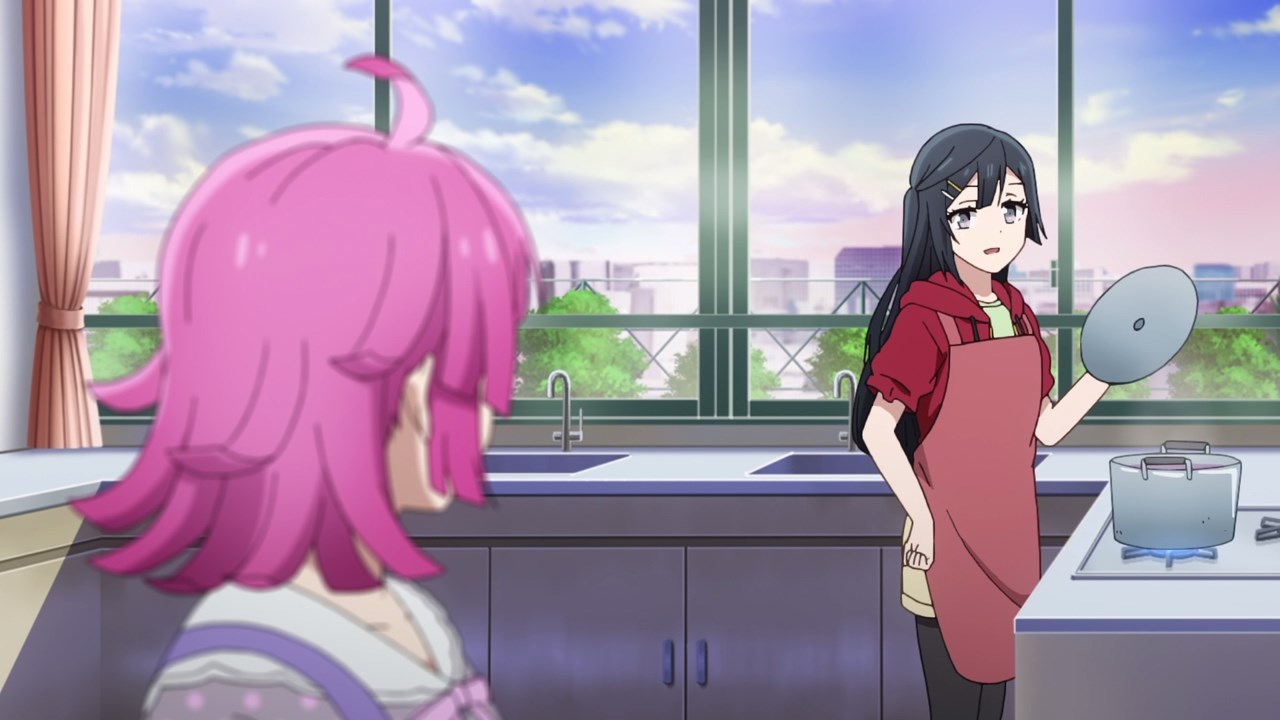 Now then, let’s begin with Setsuna Yuki where she’s making final touches to her stew. 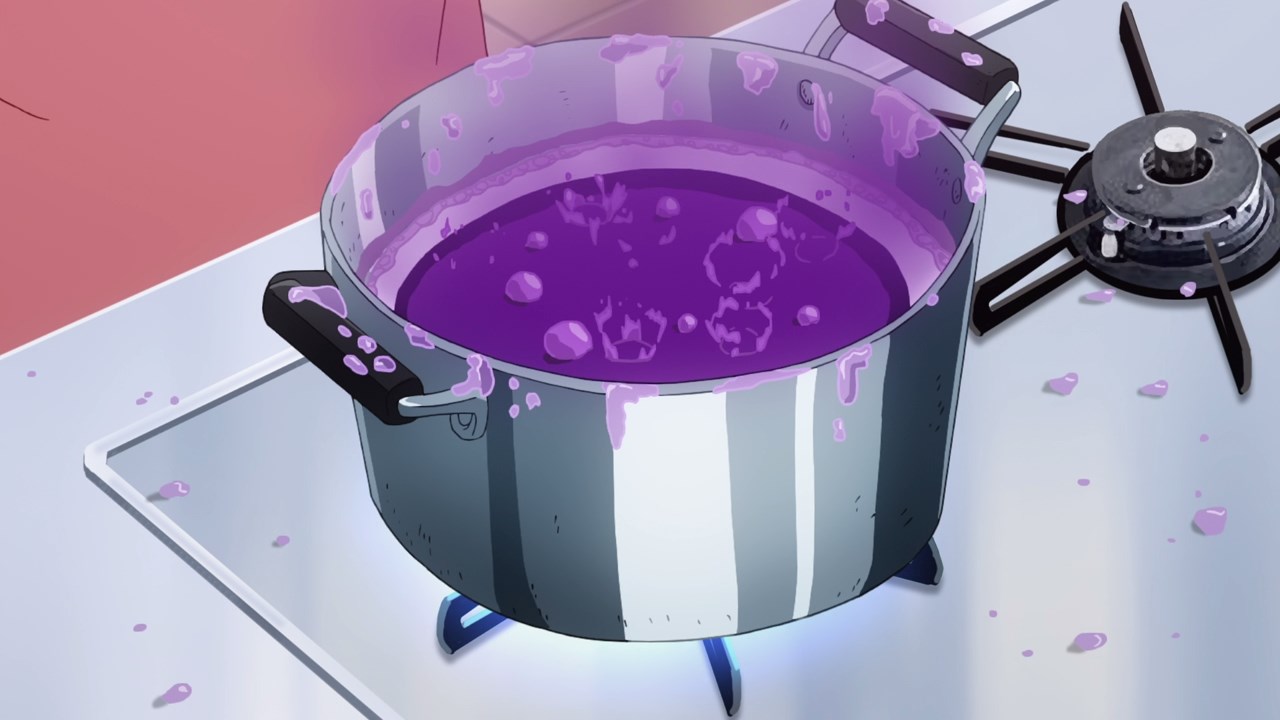 However, I think Setsuna’s stew is somewhat unappetizing due to its color. Scratch that, this stew might kill a person upon eating it. 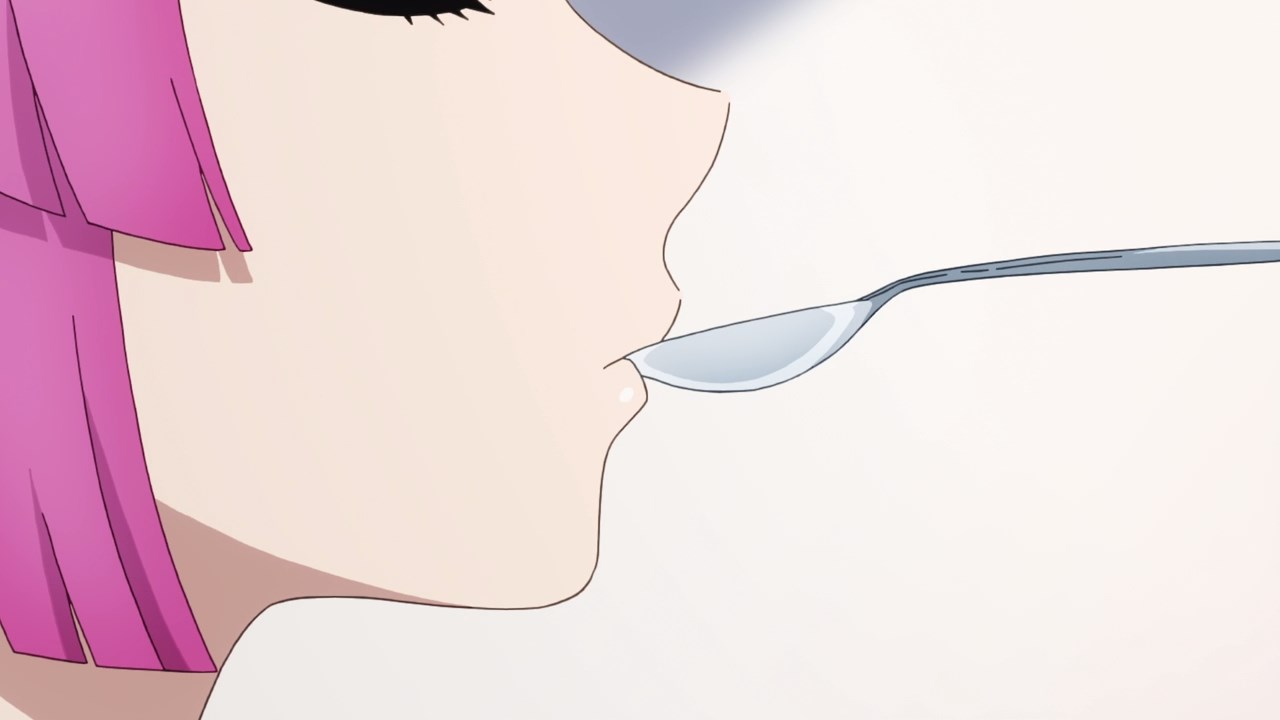 In any case, Rina Tennouji will try to taste Setsuna’s stew, although I would advise her not to eat it. 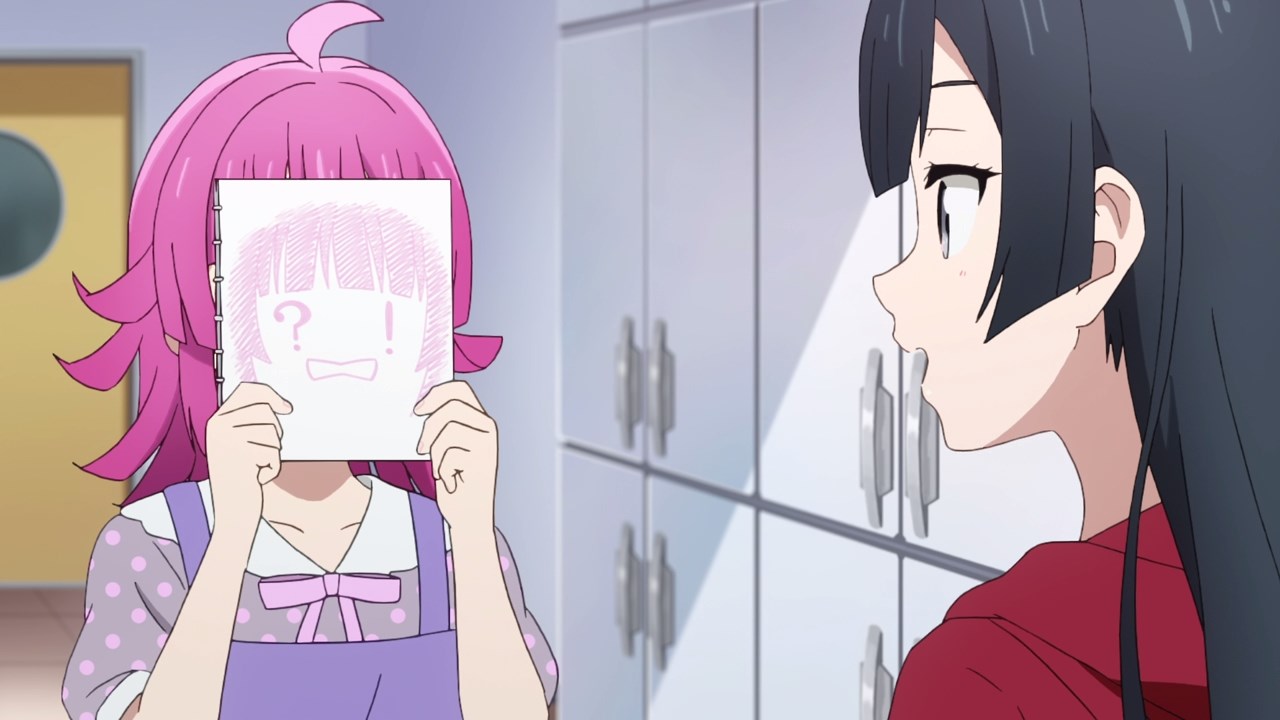 But as you can see, Rina’s expression proves that her stew is too dangerous for consumption. Oh I hope Setsuna won’t serve her stew. 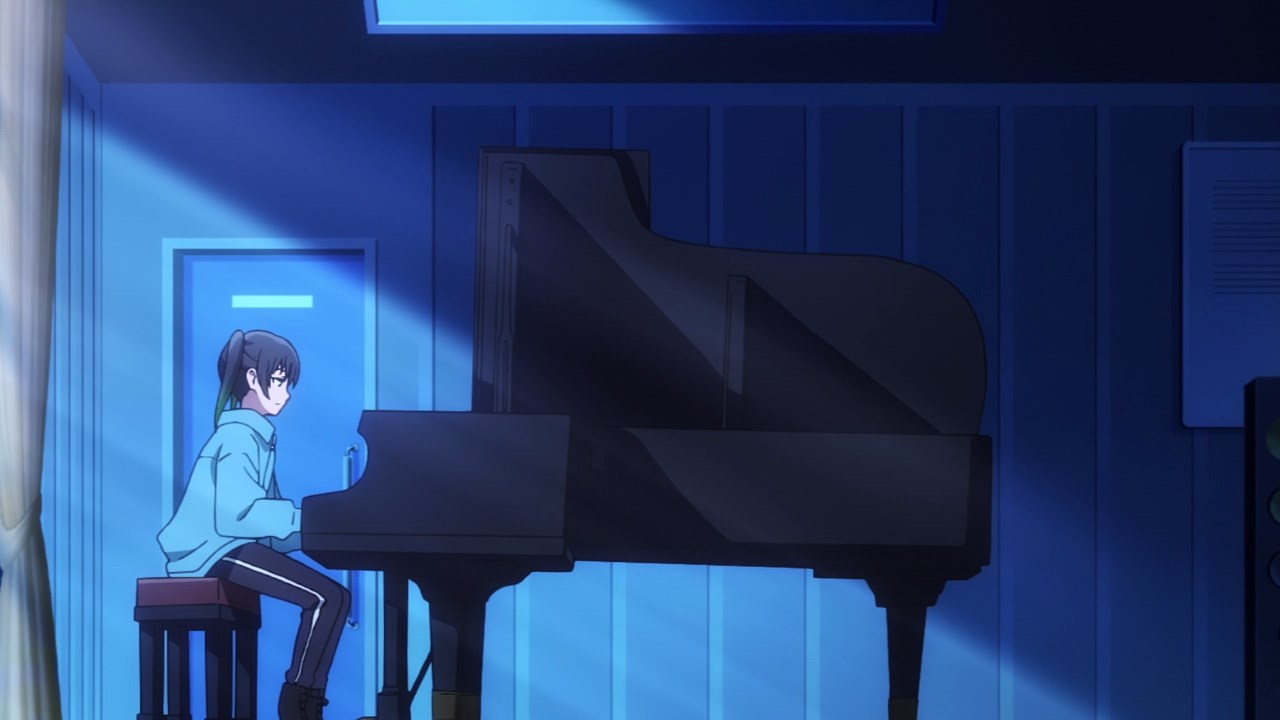 Meanwhile, here’s Yuu Takasaki where she’s playing the piano at the music room, although the only song she knows is “CHASE”. 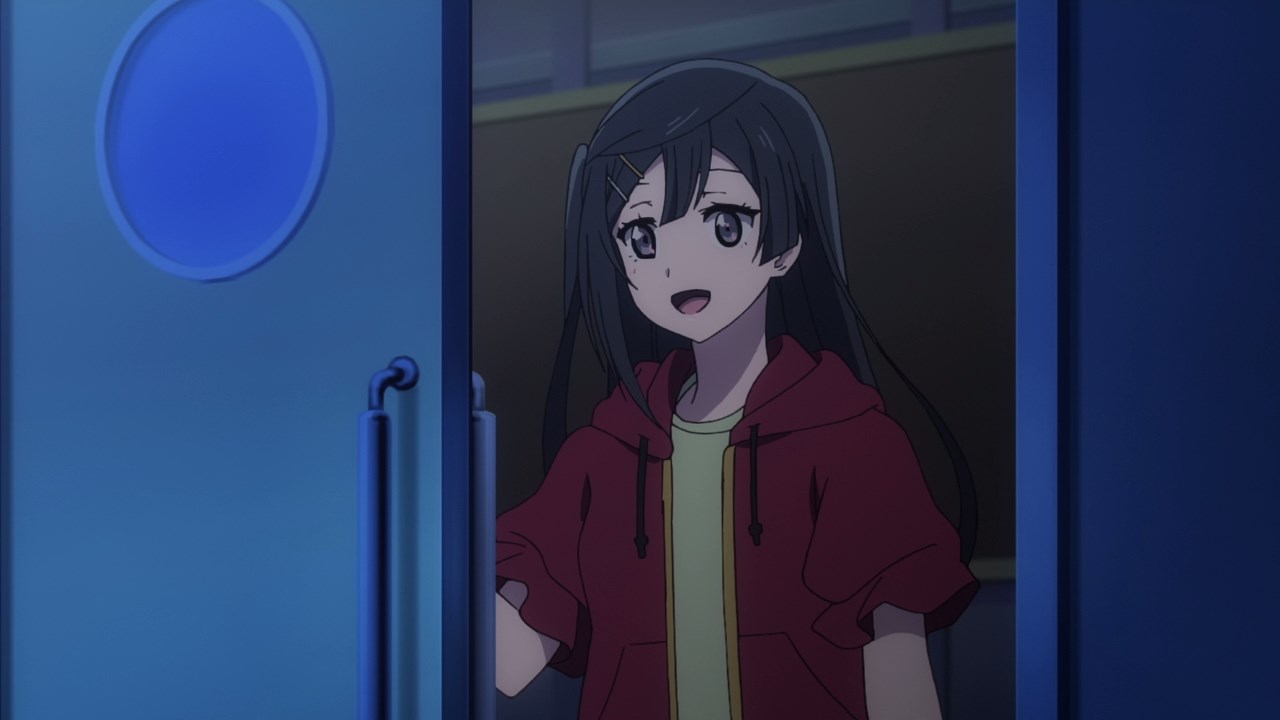 Oh yeah, here’s Setsuna Yuki where she heard Yuu-chan’s piano performance. Of course, Yuu-chan is still a beginner when it comes to playing the piano.

Regardless, Setsuna thanked Yuu for giving her the reason to continue her school idol career. Well, that’s nice to hear from the student council president. 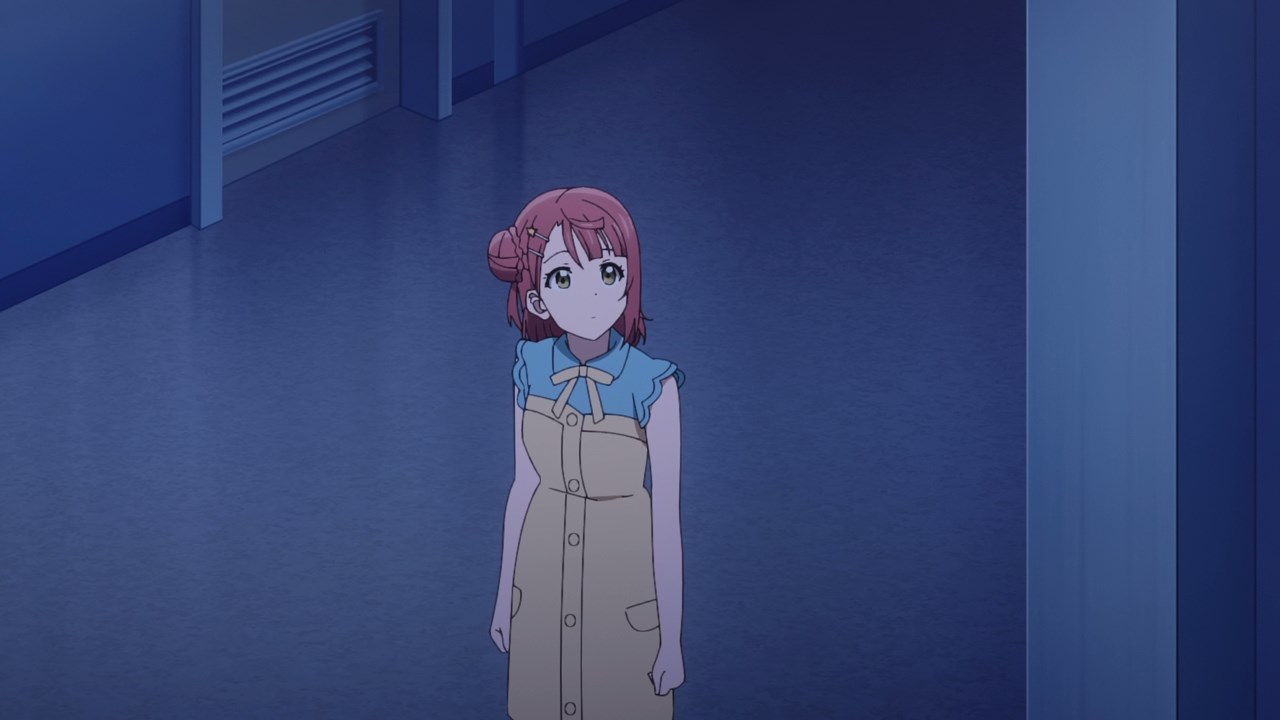 By the way, Ayumu Uehara is currently looking for Yuu Takasaki, but Ayumu stumbled upon something that she doesn’t want to see. 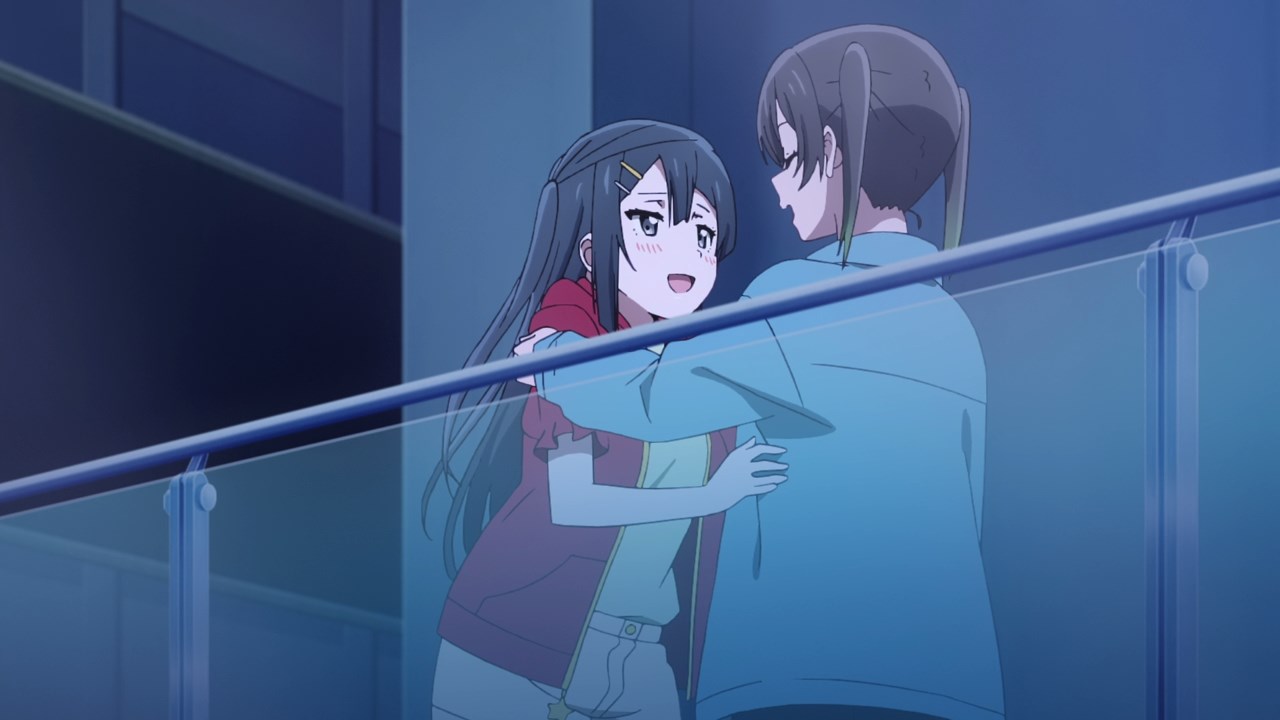 It’s Yuu-chan having a casual talk with Setsuna-chan. Oh boy, I smell some jealousy fire from Ayu-pyon! 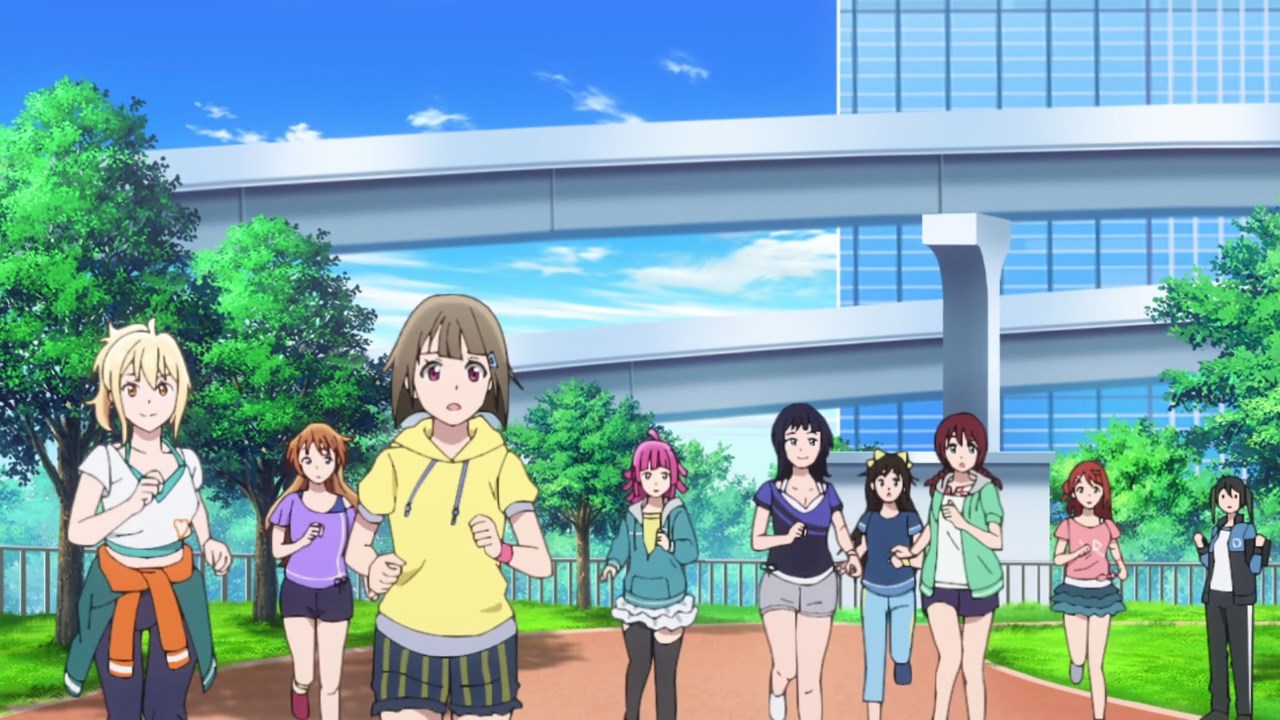 Now let’s move onto the next scene as the school idol club spends their time exercising in order to remain fit.

Then again, I’m hoping that Setsuna Yuki will teach Kasumi Nakasu afterwards ’cause she have bad grades. Aside from Kasumin, I wonder if any of the members have low test scores? 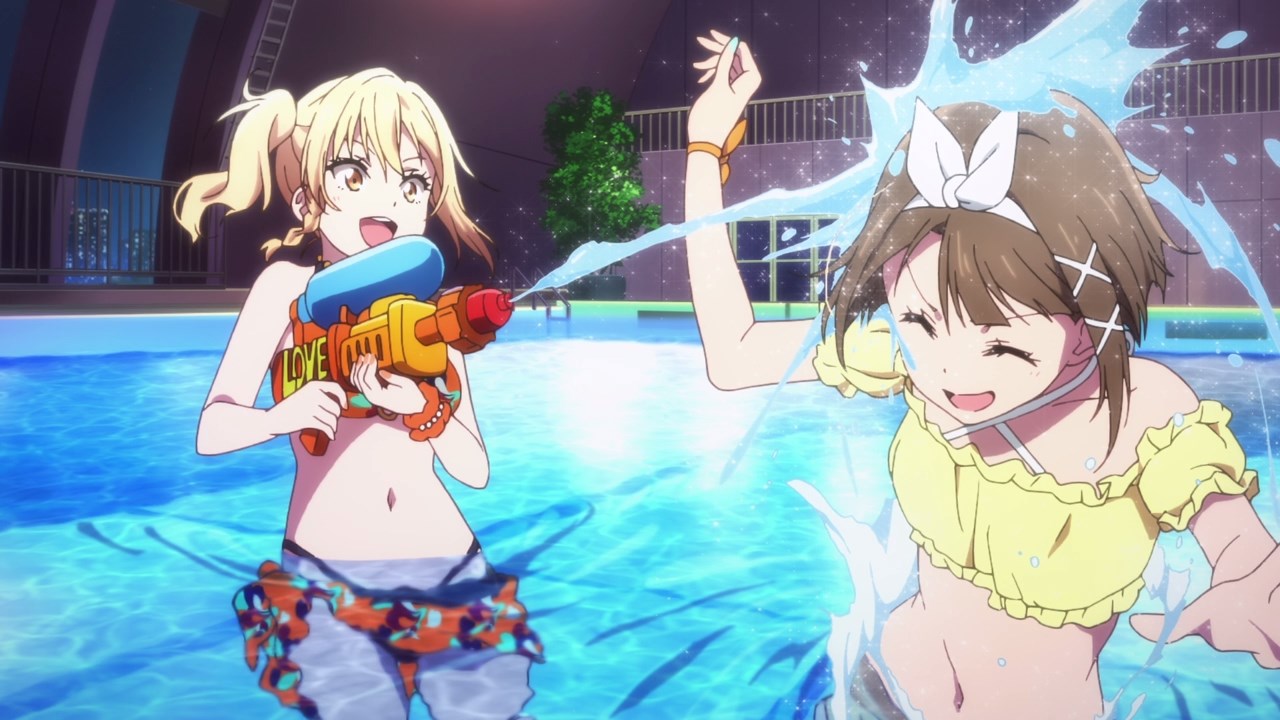 Other than training, the rest of the episode sees them having a great time, especially at the pool where Ai Miyashita shoots water at her fellow school idols. 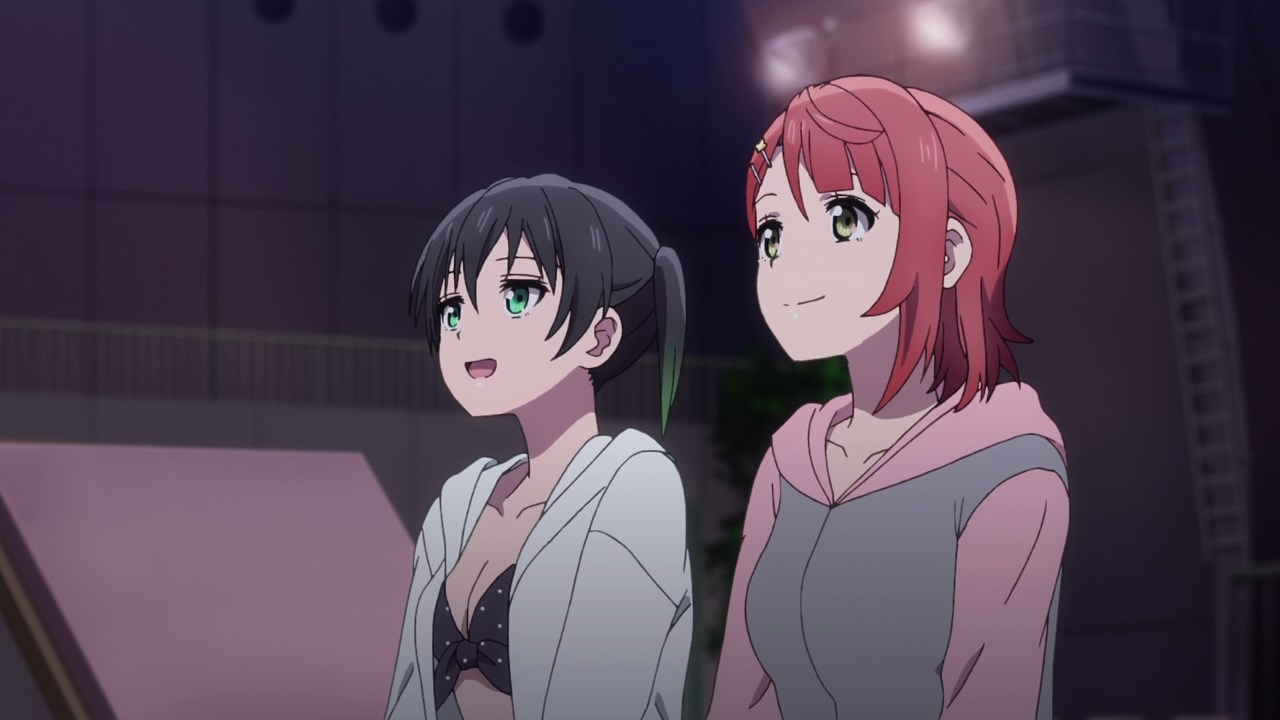 Now then, here’s Yuu Takasaki where she told Ayumu Uehara that she’s happy to see the school idol club grow bigger and livelier. Of course, Yuu is the one who help everyone realize their dreams of becoming school idols. 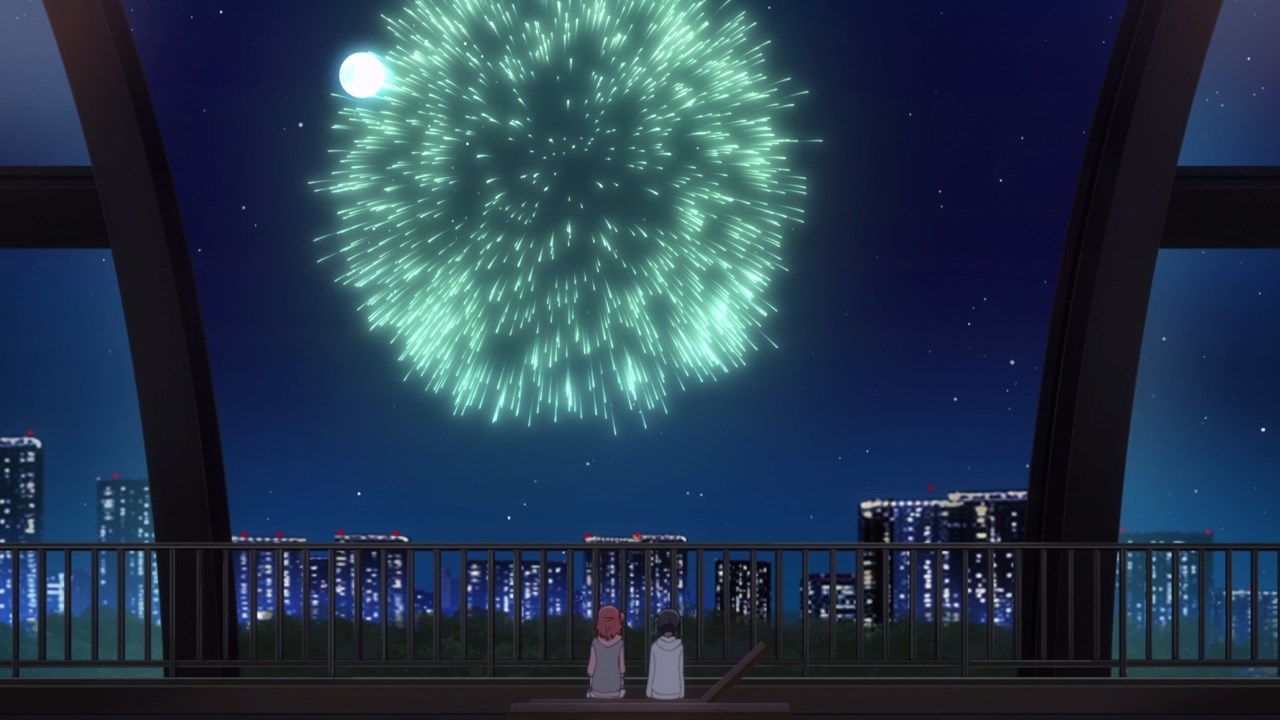 Oh yeah, looks like someone is holding a fireworks display tonight as Yuu-chan and Ayu-pyon are watching it in awe. Still, I’m hoping that Ayumu won’t harbor any jealousy ’cause I’m worried that her friendship with Yuu might get ruined. 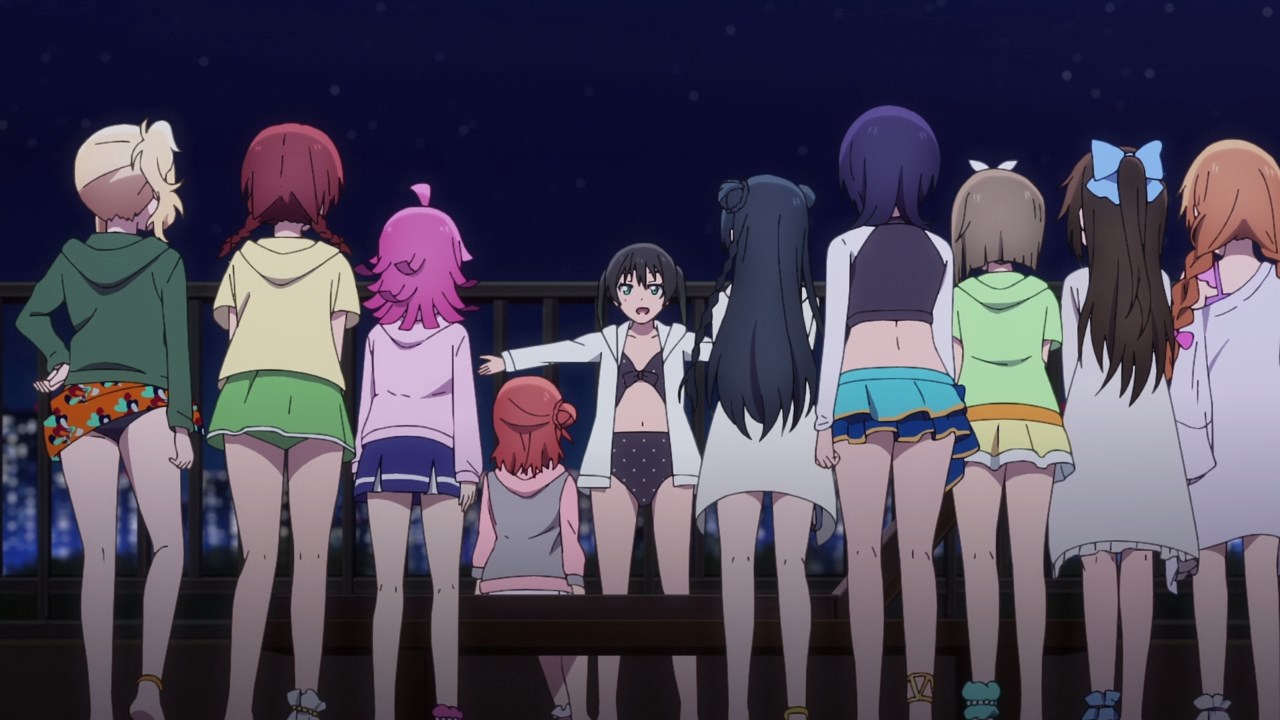 One last thing, looks like Yuu Takasaki has decided that Nijigasaki High School will hold a school idol festival. While it’s nice to hear it from Yuu-chan, I’m worried that some of the students might oppose her plan. 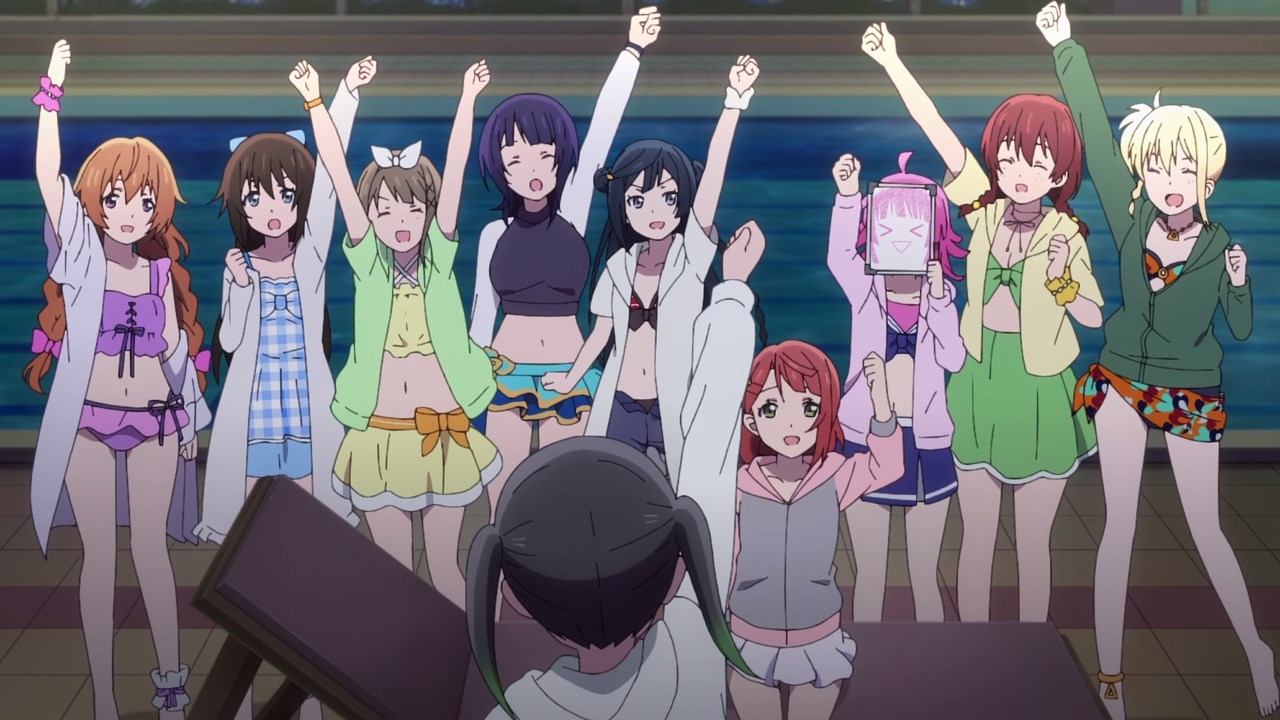 But hey, looks like everyone is aboard on Takasaki’s plan as the summer camp ends right here. Unfortunately, there’s no dance sequence on this episode.

Anyways, tune in next time where the school idol club (or Nana Nakagawa) tries to convince everyone that having a school idol festival at Nijigasaki is a great idea.