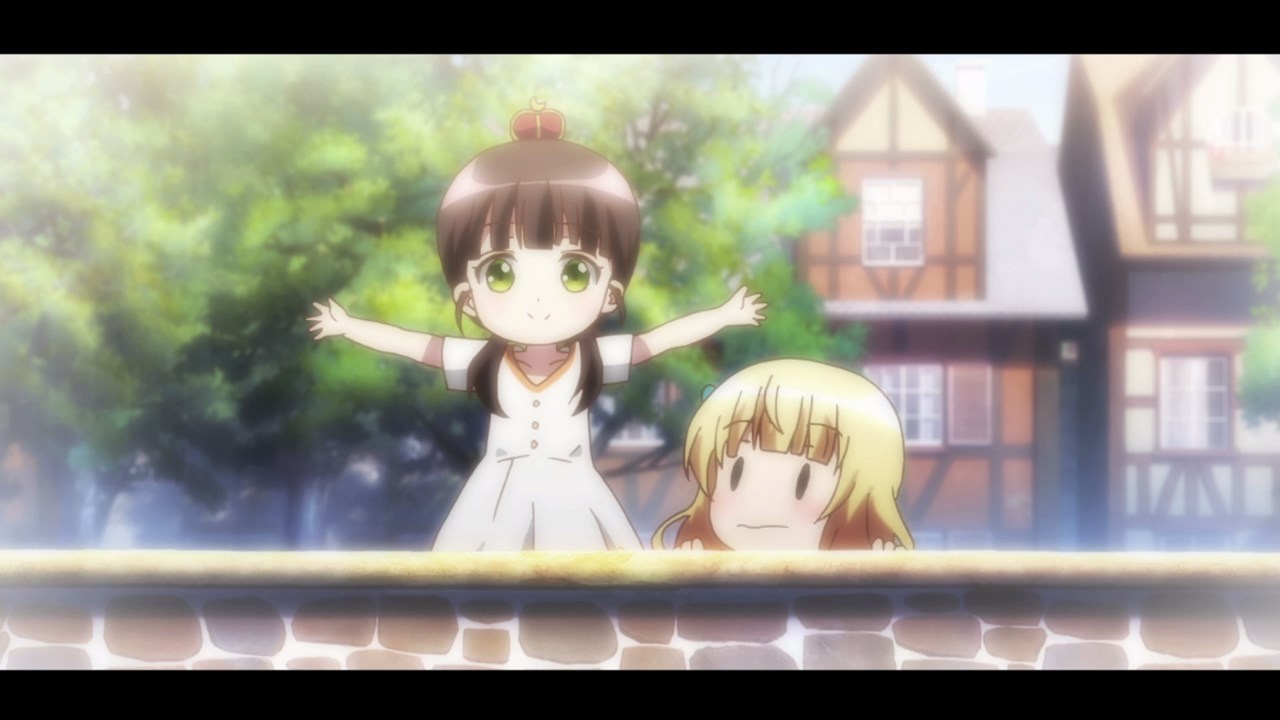 Let’s start this episode with Chiya-chan as she wants to become the ruler of this town. Man, she looks so cute while wearing a tiny crown! 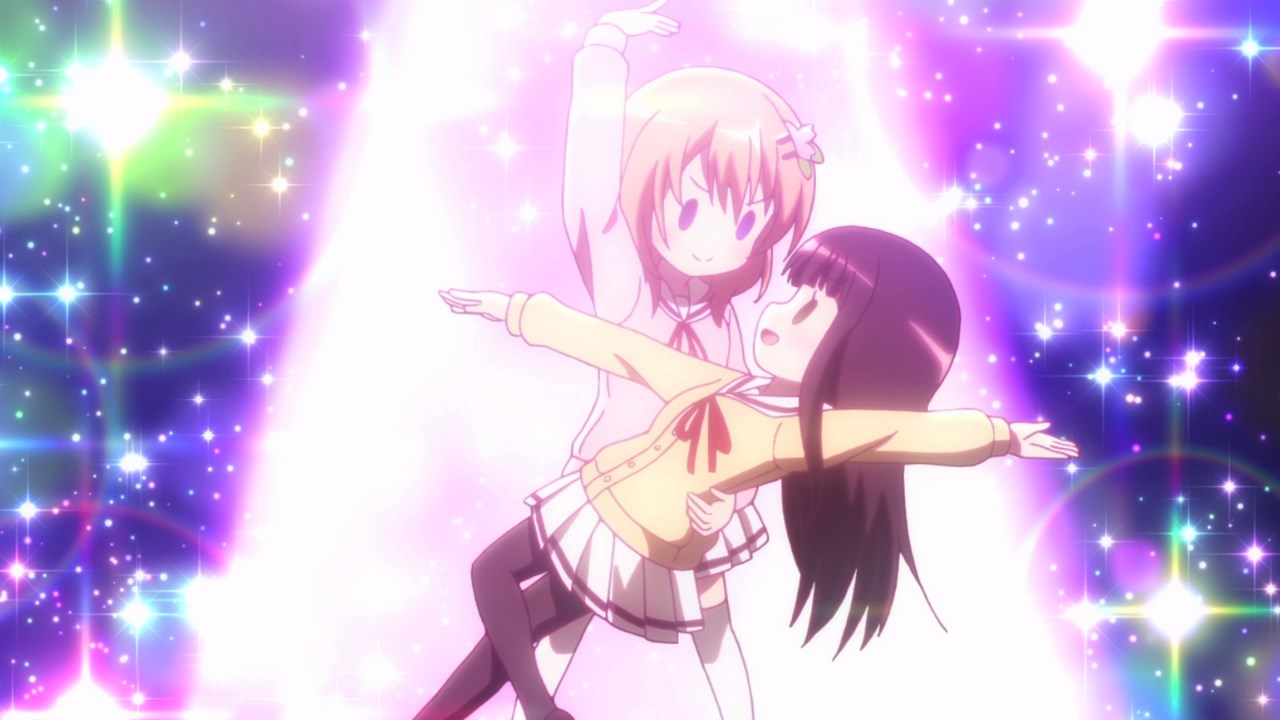 Now then, let’s move onto the present where Chiya Ujimatsu is nominated to become the next student council president. Even Cocoa Hoto is excited to help her best friend on winning the election. 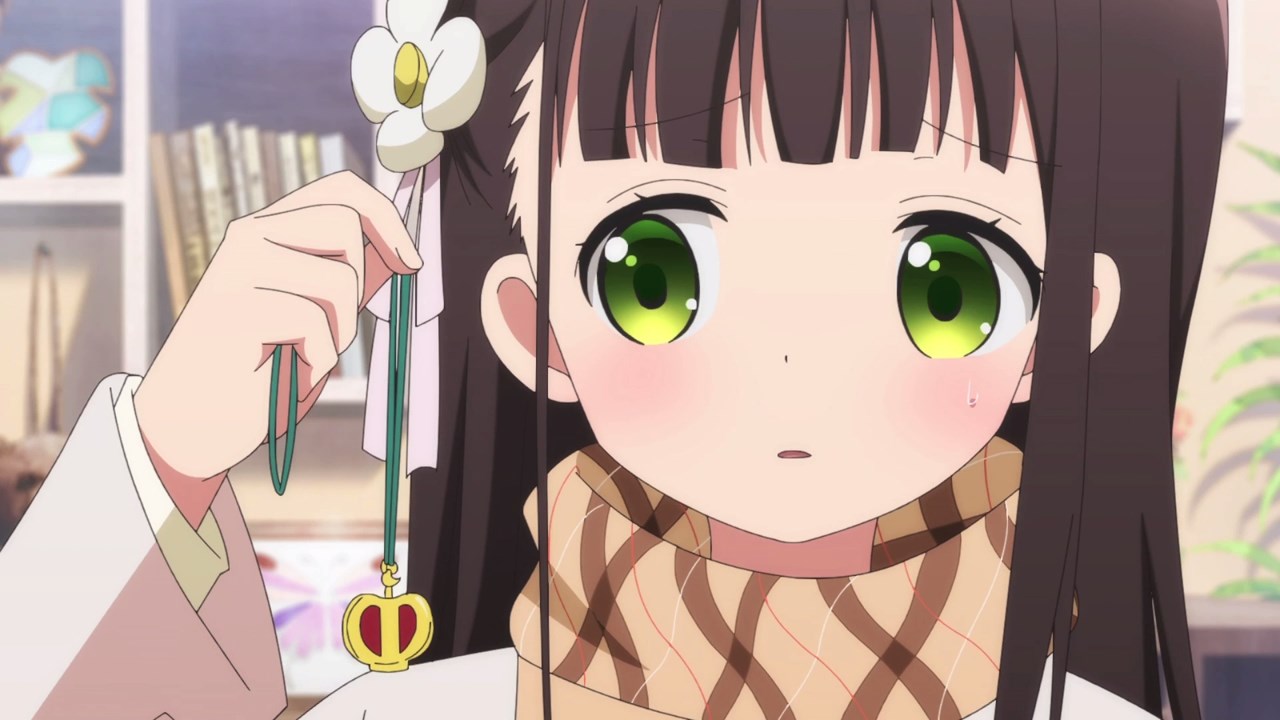 Speaking of Chiya Ujimatsu, it seems that she’s trying to find an accessory as a replacement for her crown, although Chiya-chan felt that none of them would ever replace her precious ornament. 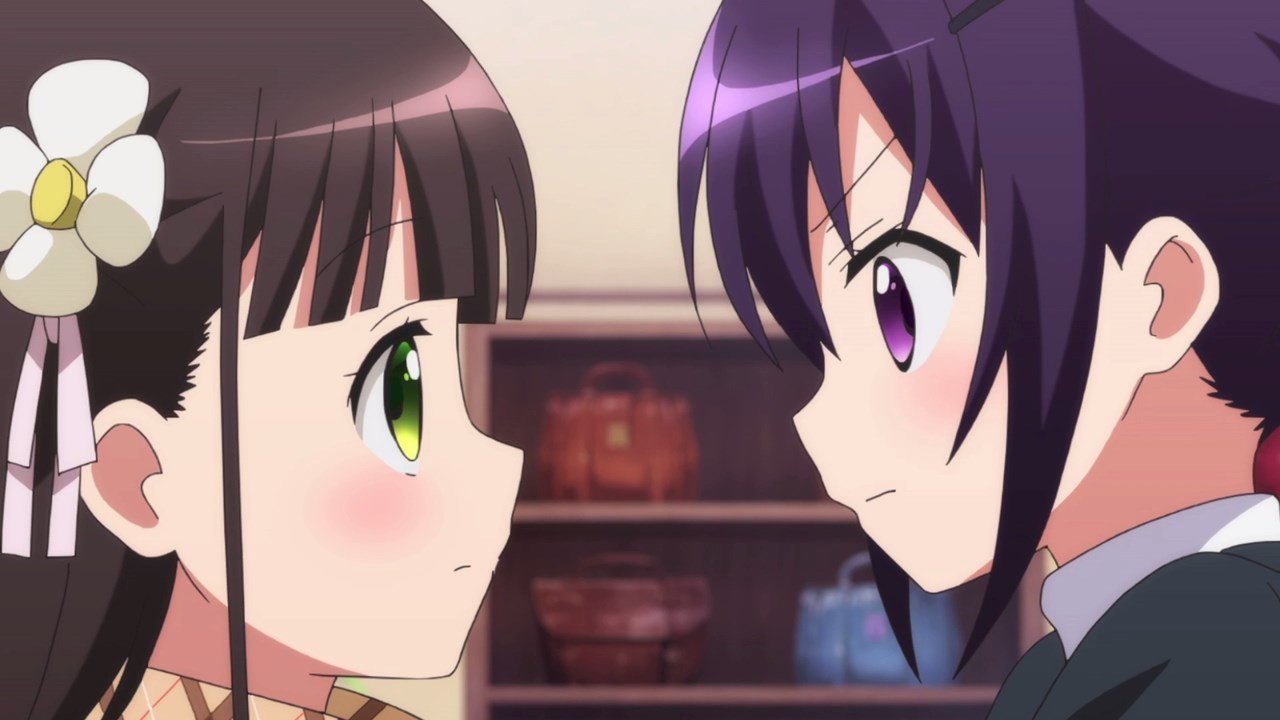 On the other hand, here’s Rize Tedeza where she wants Chiya-chan to help her on becoming an adult.

Oh and you’re thinking something dirty, Rize wants to look more mature in preparation for her college life. 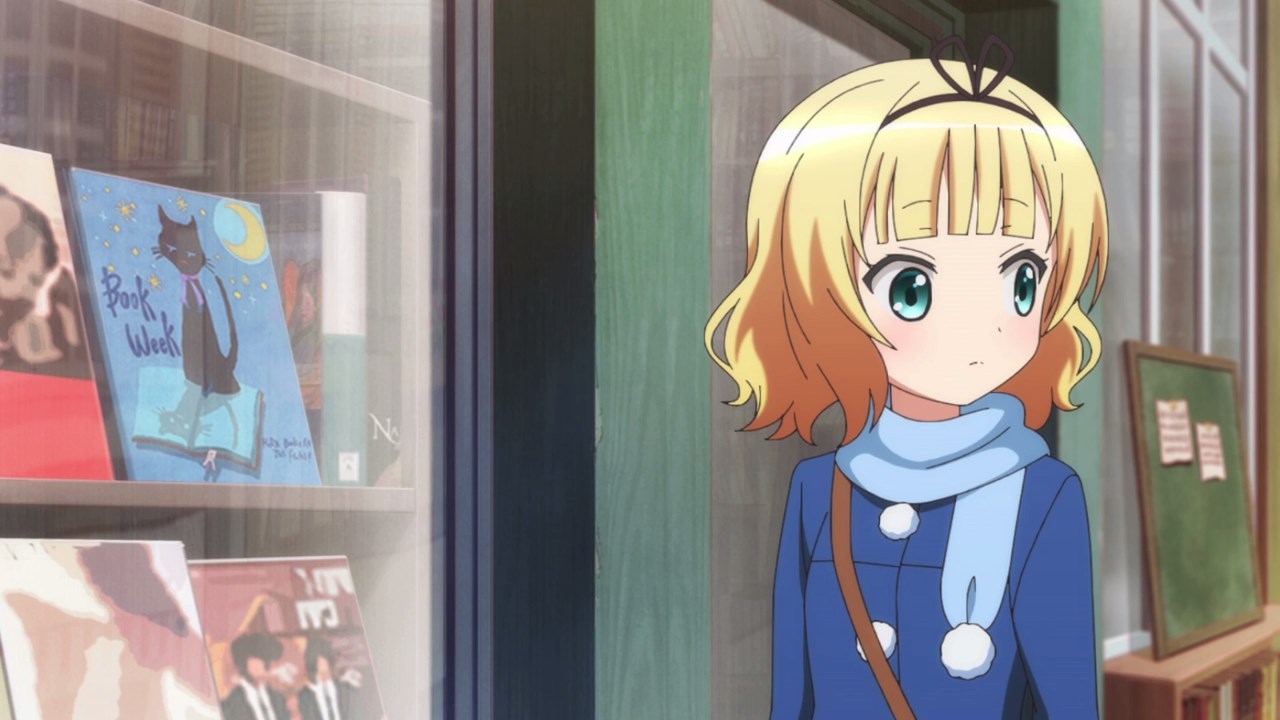 Now then, here’s Sharo Kirima where she’s actually nominated to become a student council president. Of course, Sharo will have a surprise revelation… 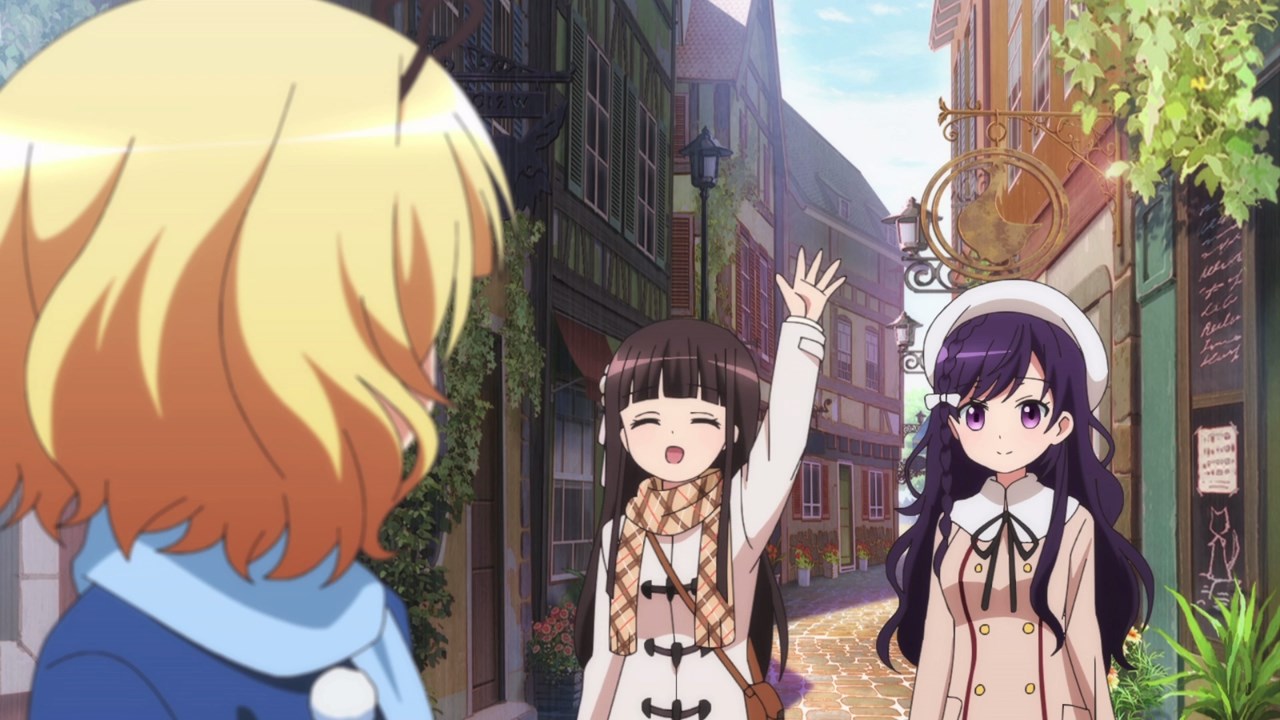 For you see, Chiya-chan is being accompanied by Roze-san. Well actually, it took a few seconds for Sharo-chan to realize that Roze is actually Rize. 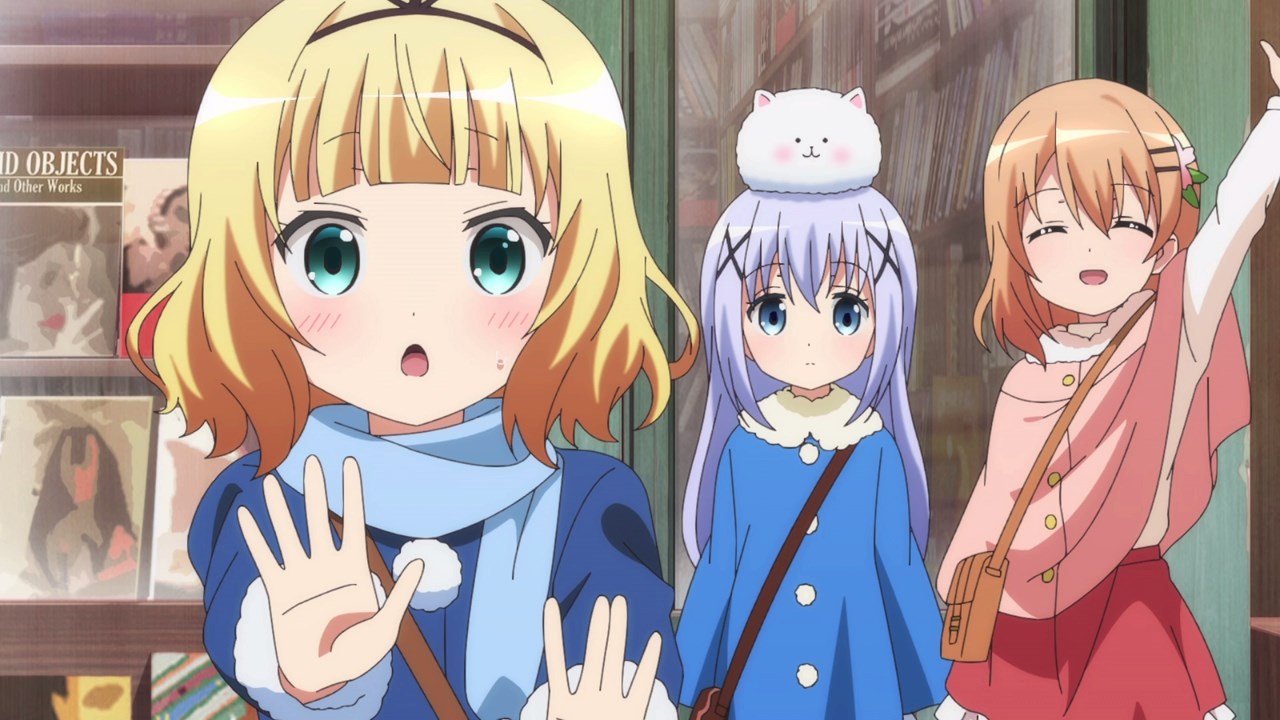 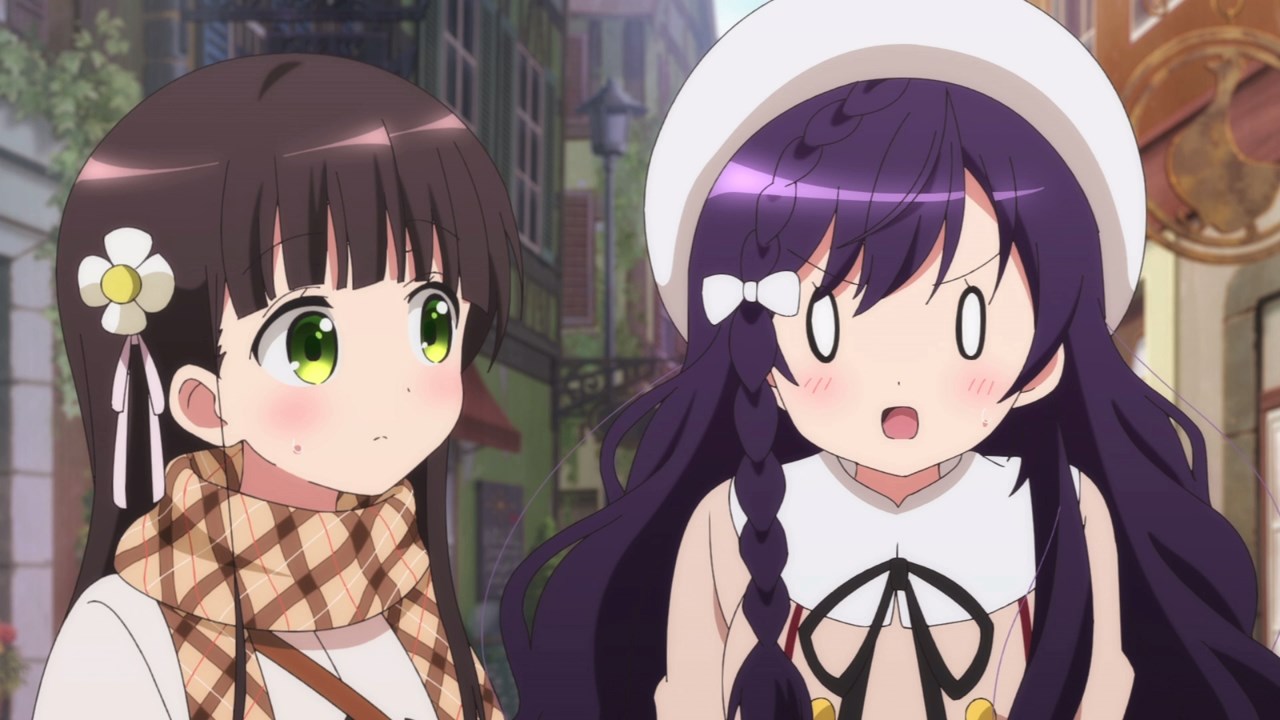 On the other hand, looks like both Cocoa-san and Chino-chan knows Roze for a very long time, yet they’re still oblivious to her real identity. Poor Roze-san. 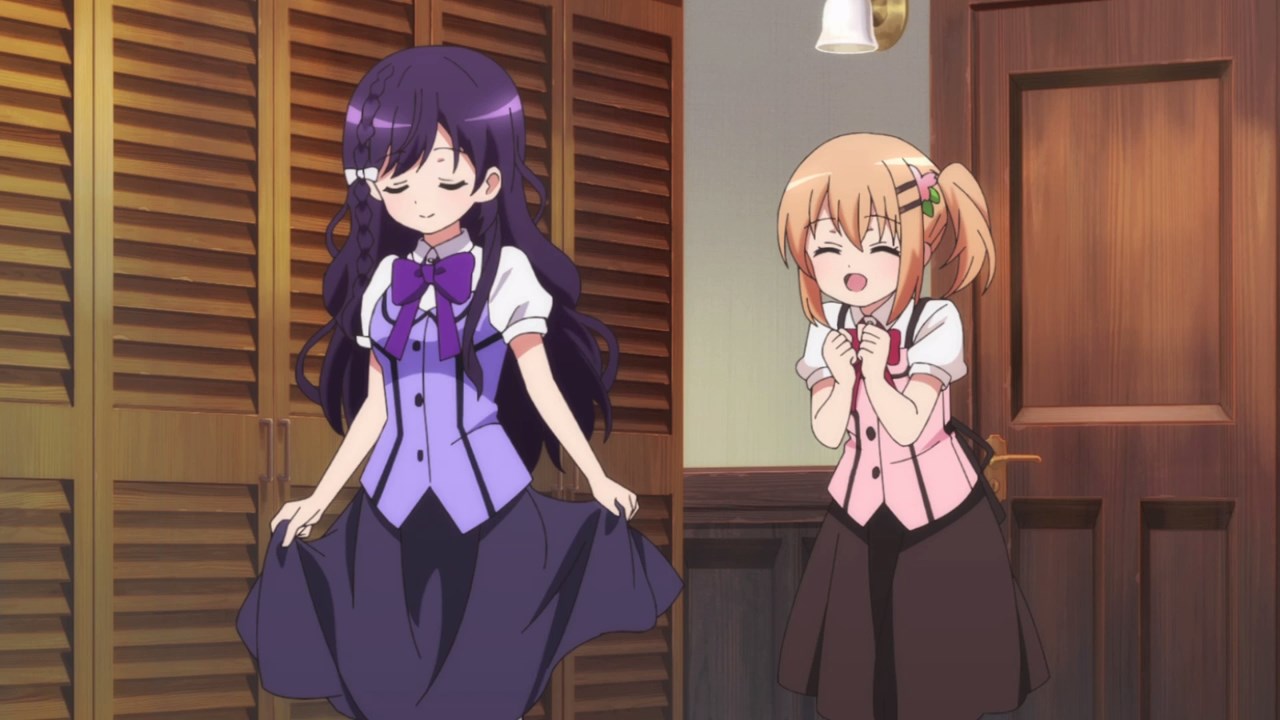 I’m not surprised by this because she’s actually Rize-san, but let’s wait and see if she can stick to her alter-ego. 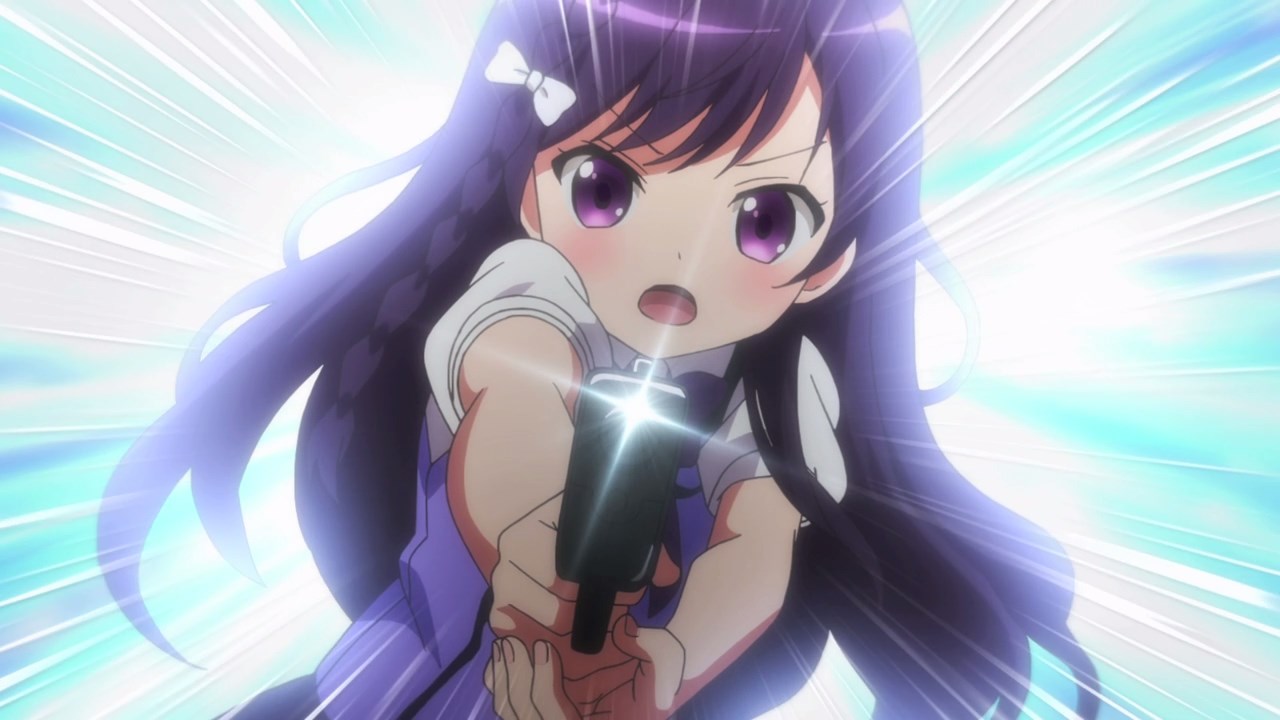 Well, not for long though because Ro- I mean Rize pulls out her handgun as she’s about to shoot someone. 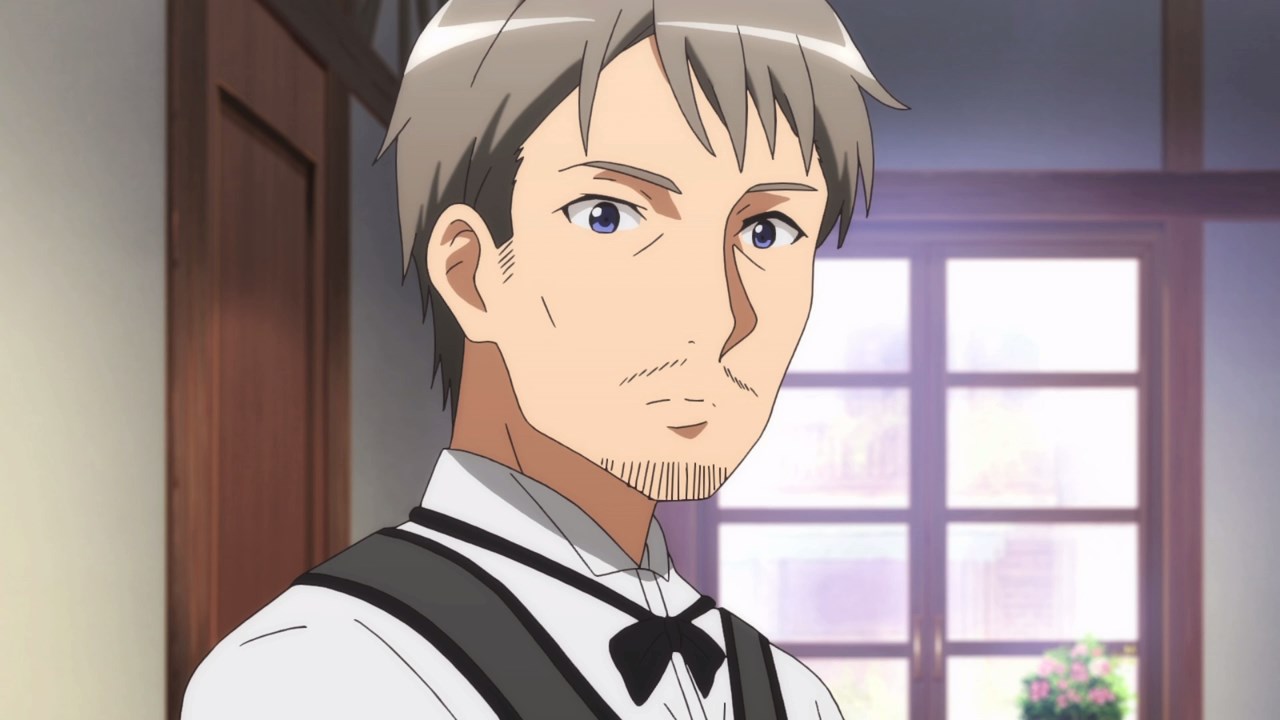 Turns out that she’s pointing her gun at Takahiro-san where Rize Tedeza realized that she mistook Chino’s dad for a criminal. Good thing Rize didn’t accidentally pull the trigger. 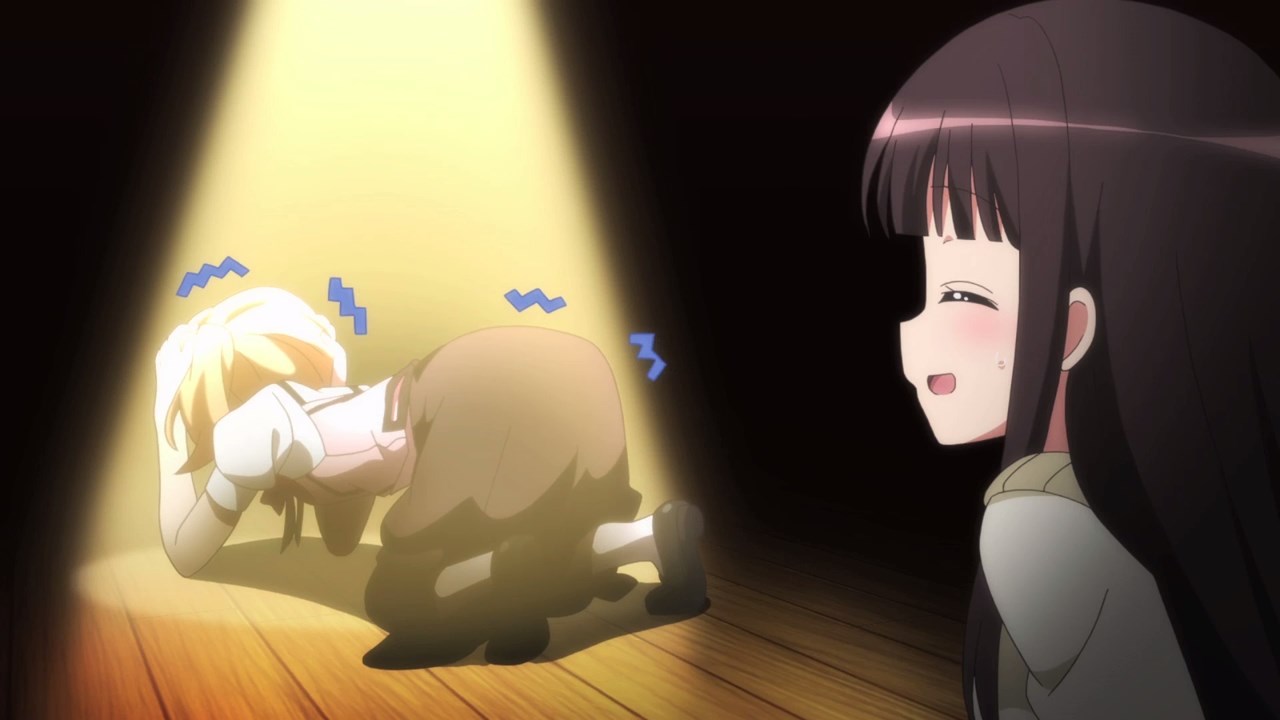 Anyways, it appears that Cocoa Hoto is shocked that Roze-san is actually her co-worker Rize Tedeza. Wow, that took her a long time to process the revelation about Rize’s alter-ego. 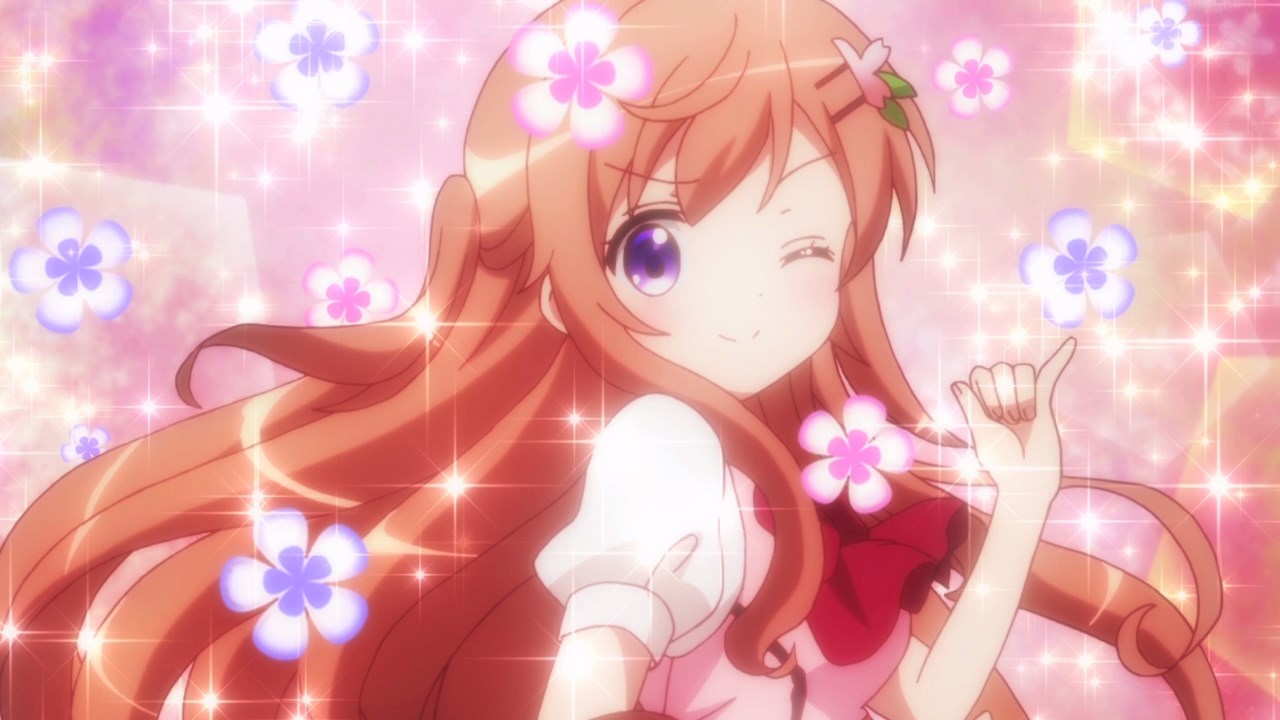 Meanwhile, looks like Mocha Hoto makes a sudden appearance as she’s here to ste- I mean hug both Chino-chan and Rize-san. 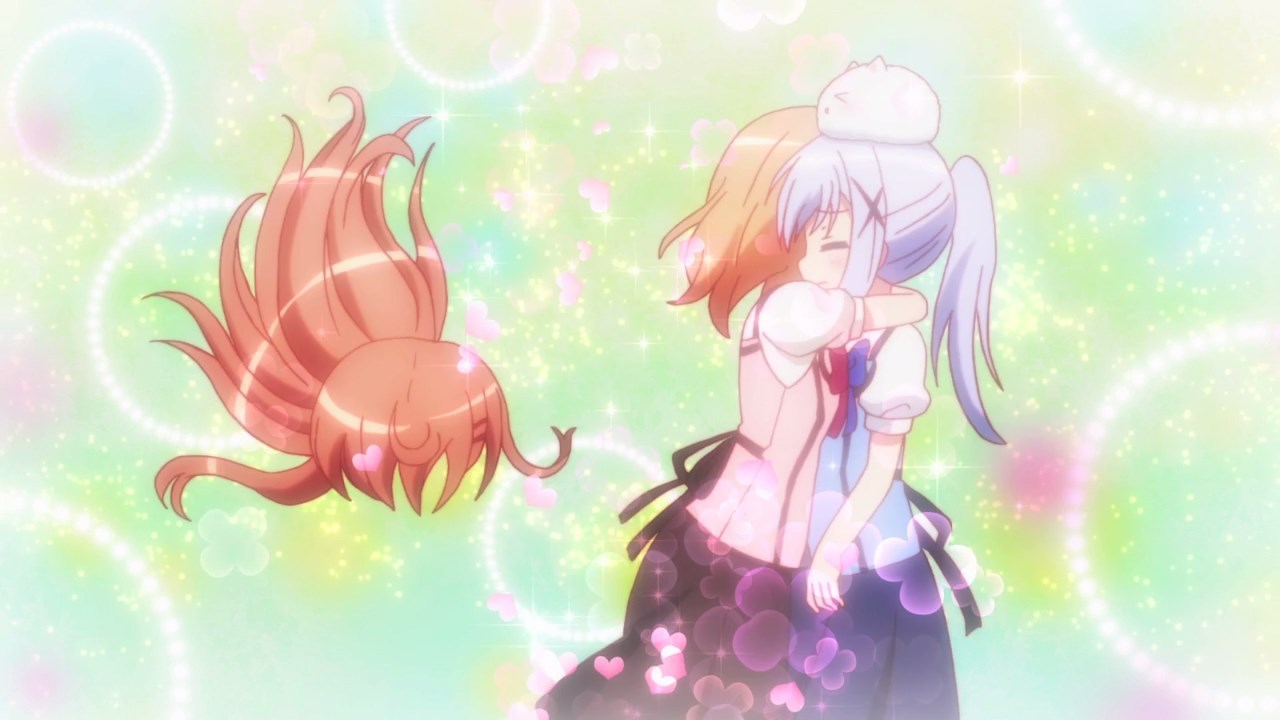 But, it turns out that she’s actually Cocoa Hoto wearing a wig. Yeah, she pull off a nice impersonation of her big sister but man, Cocoa really fooled Chino Kafuu with that disguise. 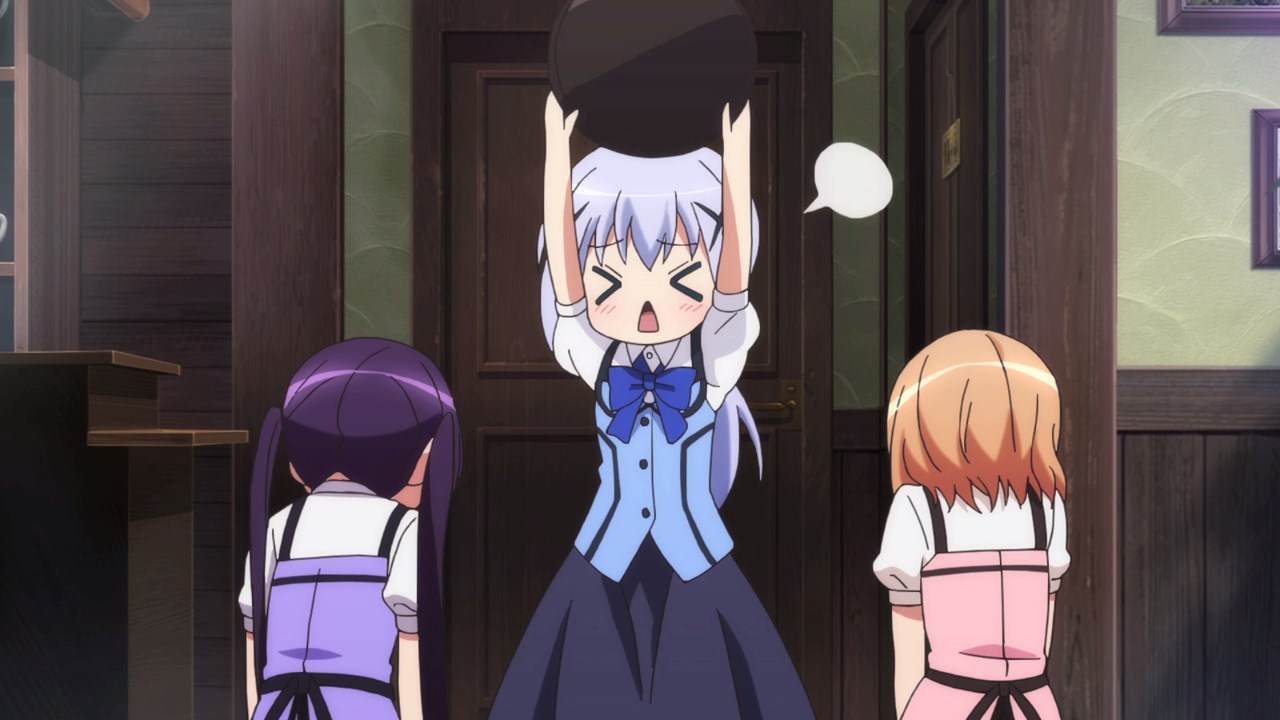 For Chino-chan however, looks like she had enough of her co-workers wearing disguises as she can’t believe that Roze-san is actually Rize-chan and so on. 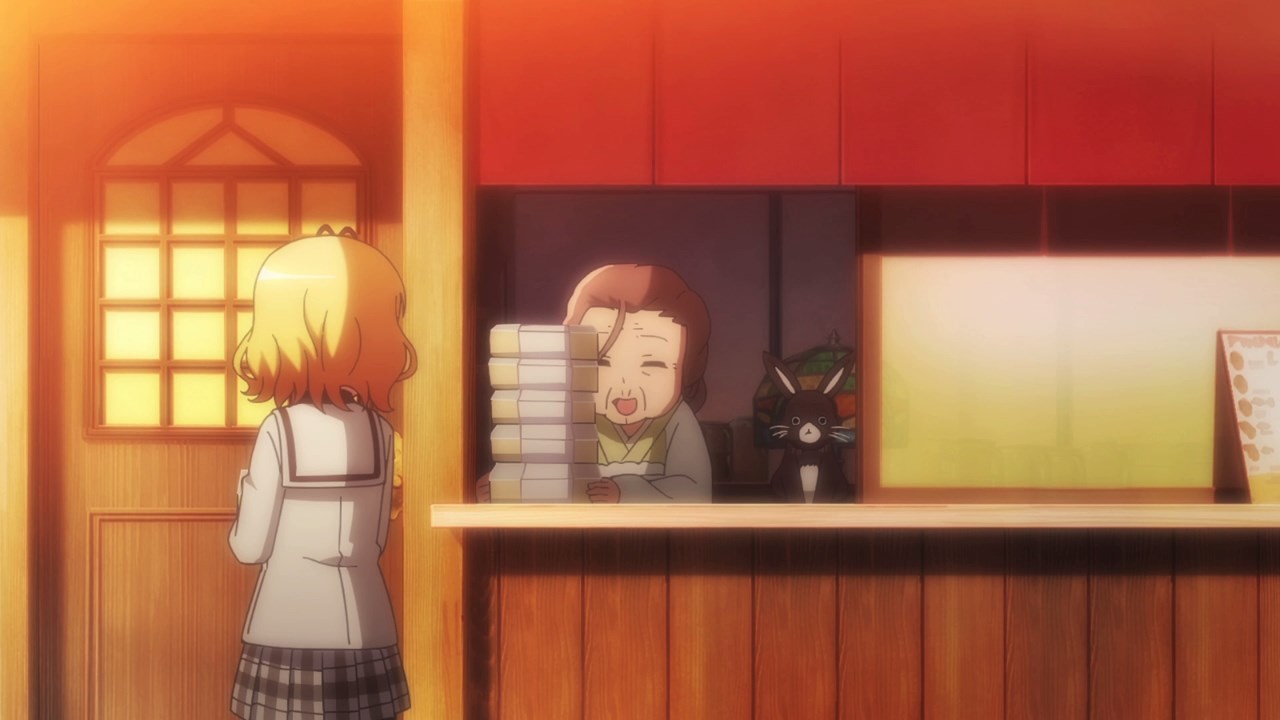 Now let’s go back to Ama Usa An where Chiya’s grandmother asked Sharo Kirima to give a box of manju to her friends, as well as Chiya’s classmates as she wants to support her granddaughter. 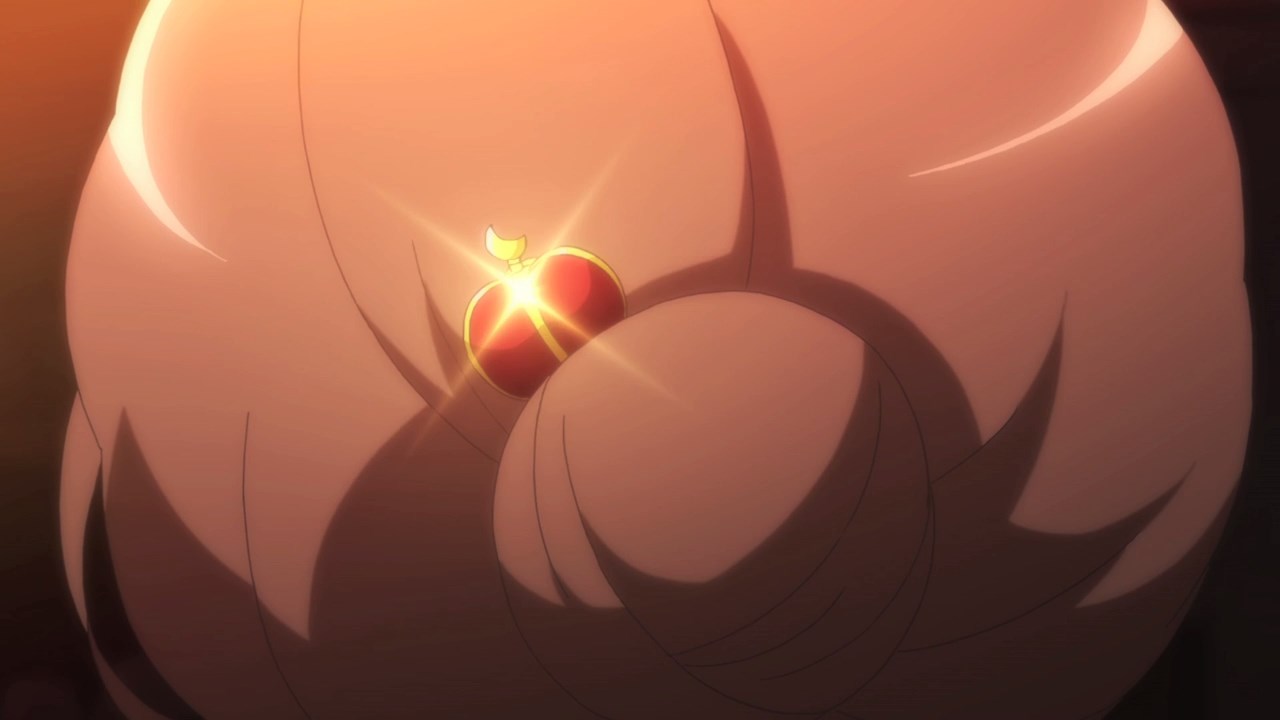 On the other hand, looks like Chiya’s grandmother is wearing her tiny crown like a hair pin. Looks like Sharo managed to find Chiya’s precious hair ornament. 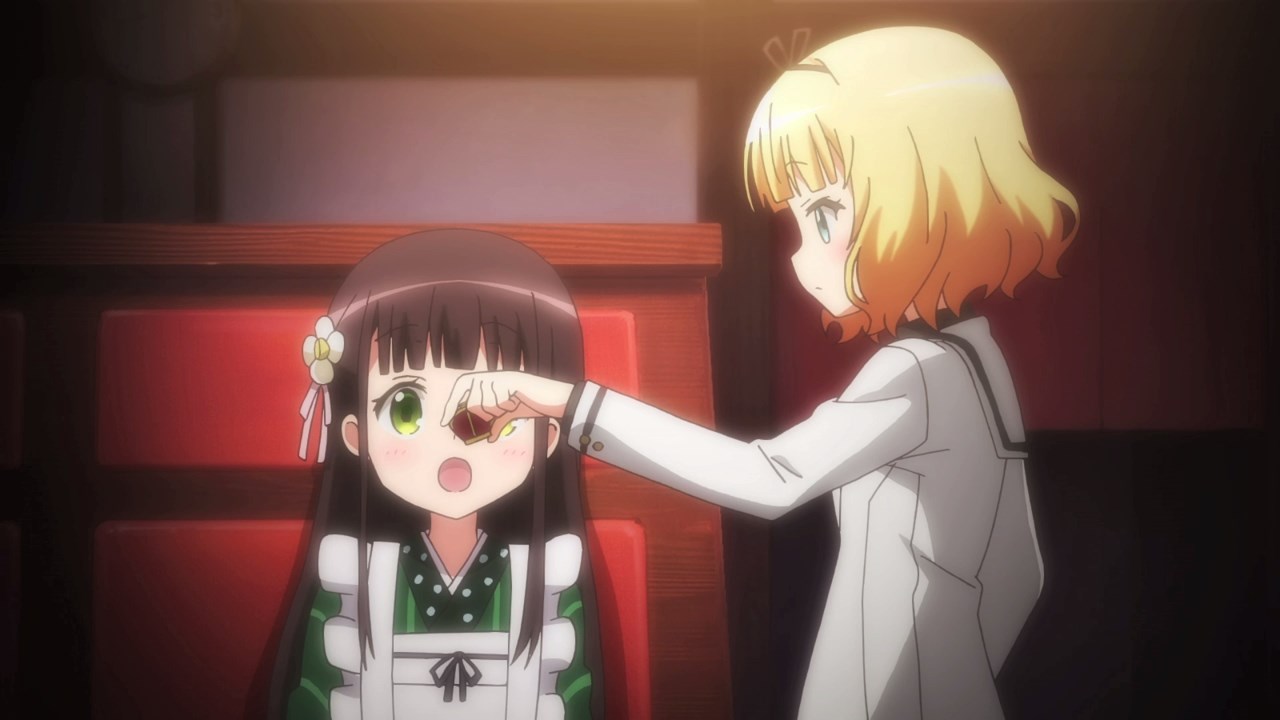 And so, Sharo Kirima gave the tiny crown to Chiya Ujimatsu in which she’s delighted to have it returned.

Then again, Chiya-chan might use her crown to her pet rabbit Anko since it’s the right size. 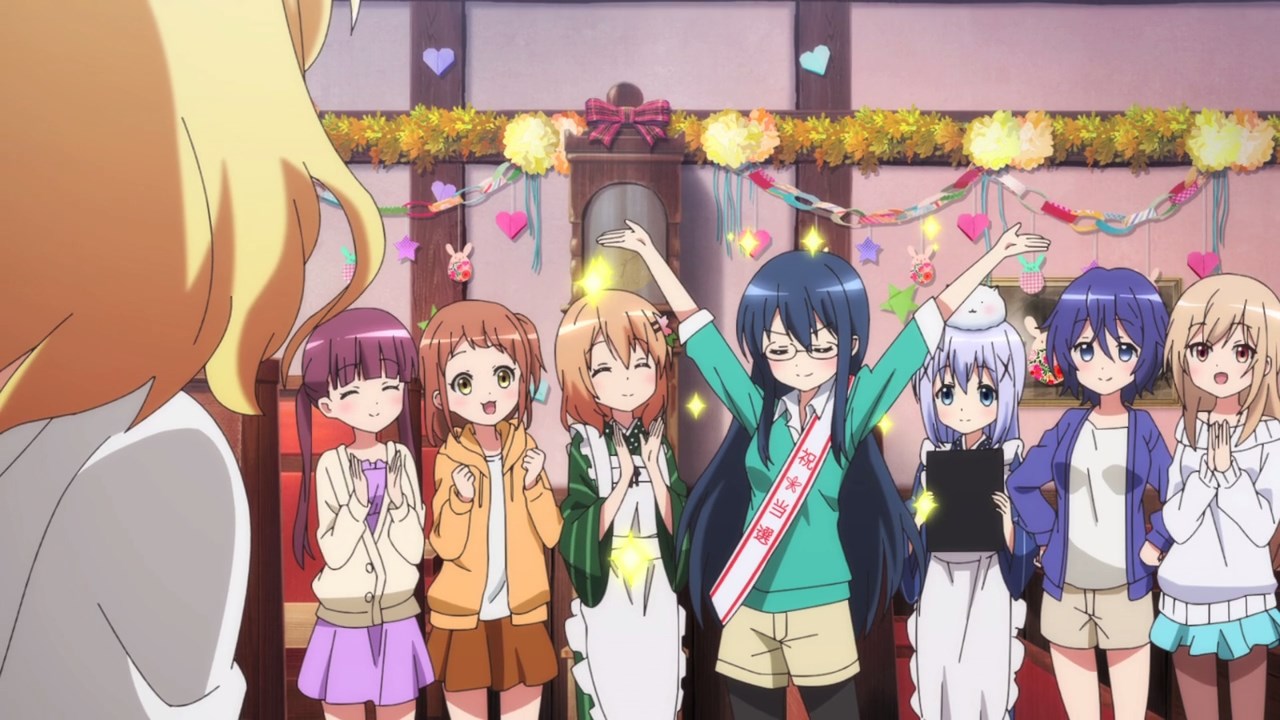 One more thing, looks like Chiya Ujimatsu decided to drop out at the elections, which is a shame ’cause she did most of the heavy lifting during the school festival.

Then again, it appears that Chiya is satisfied on being a waitress/future owner of Ama Usa An. Oh well, congrats to the re-elected student council president Mai. 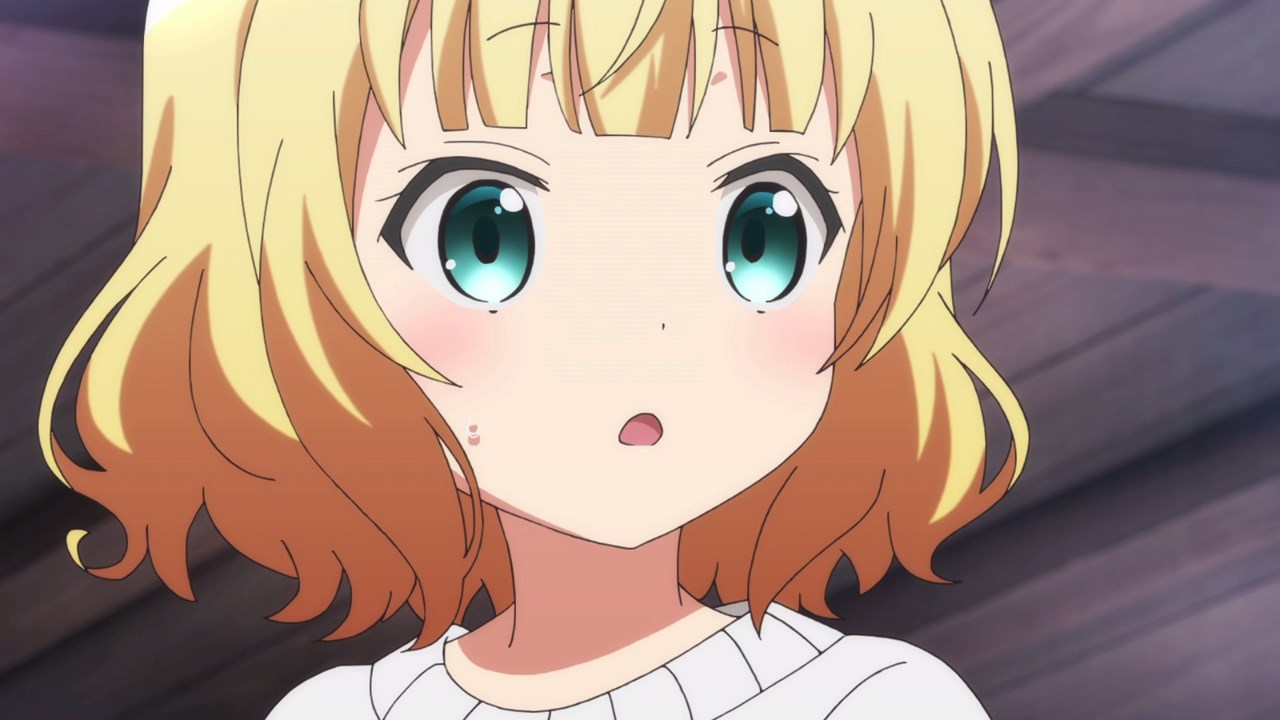 Oh yeah and as for Sharo Kirima, she decided to drop out in the elections as well. Seems that she’s satisfied of being a waitress at Fleur de Lapin. 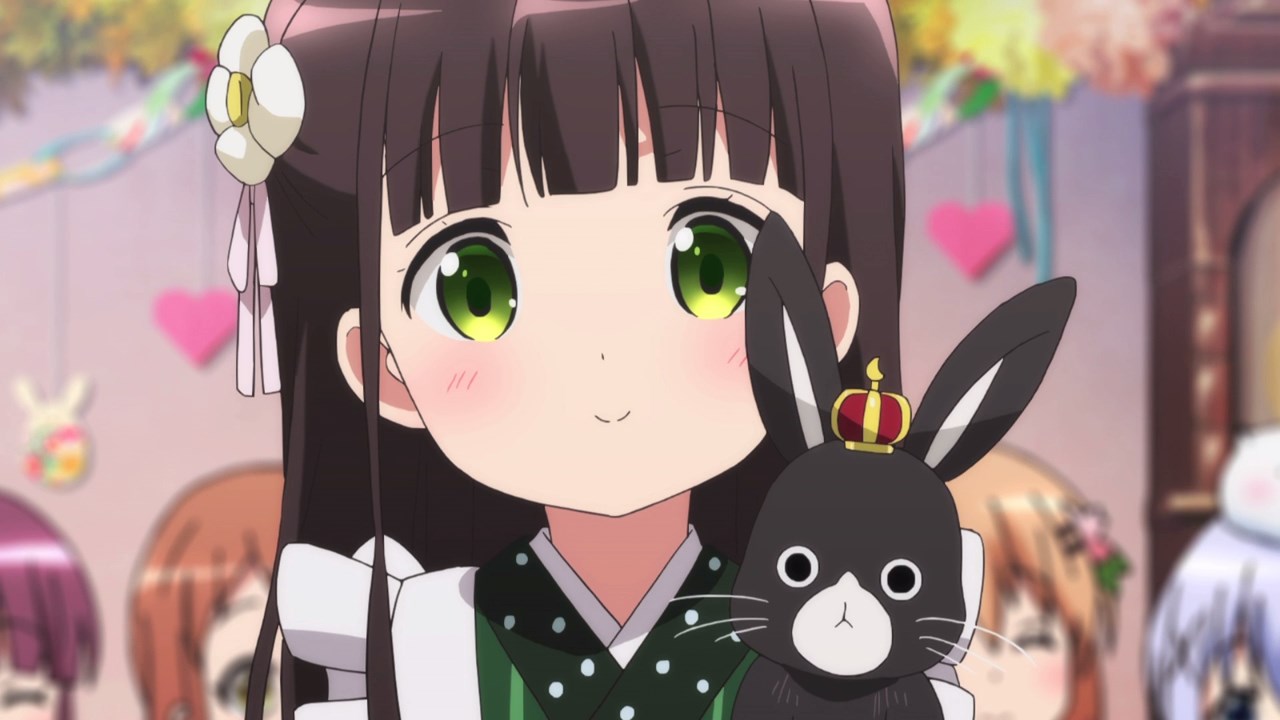 But that’s the end of this episode of GochiUsa Bloom and man, I’m glad that Chiya Ujimatsu got her crown back as she puts it on Anko’s head.

Still, I wish Chiya-chan will wear that crown over her head but anyways, I’ll see you next time!