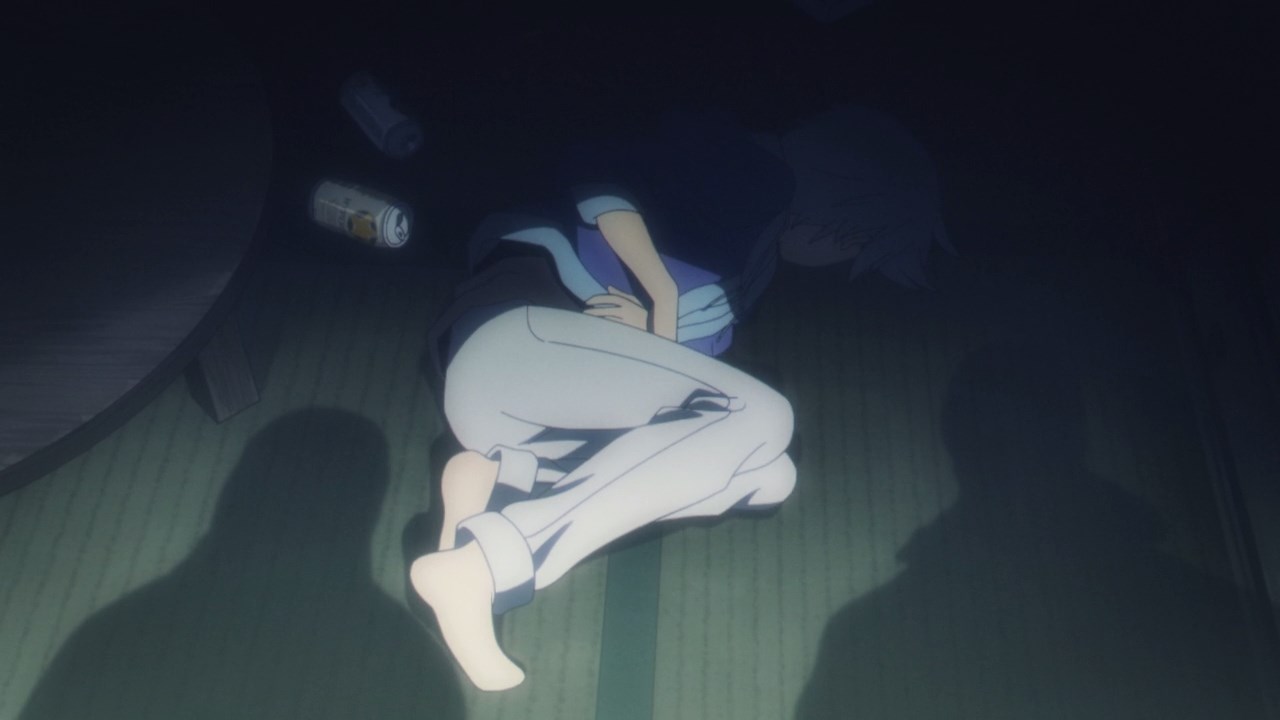 Well, what a horrible way to start this episode as there’s a flashback of Hiroto Suzuki being abused by his parents. Oh yeah, and there’s implication that he might have killed his own parents for mistreating him. 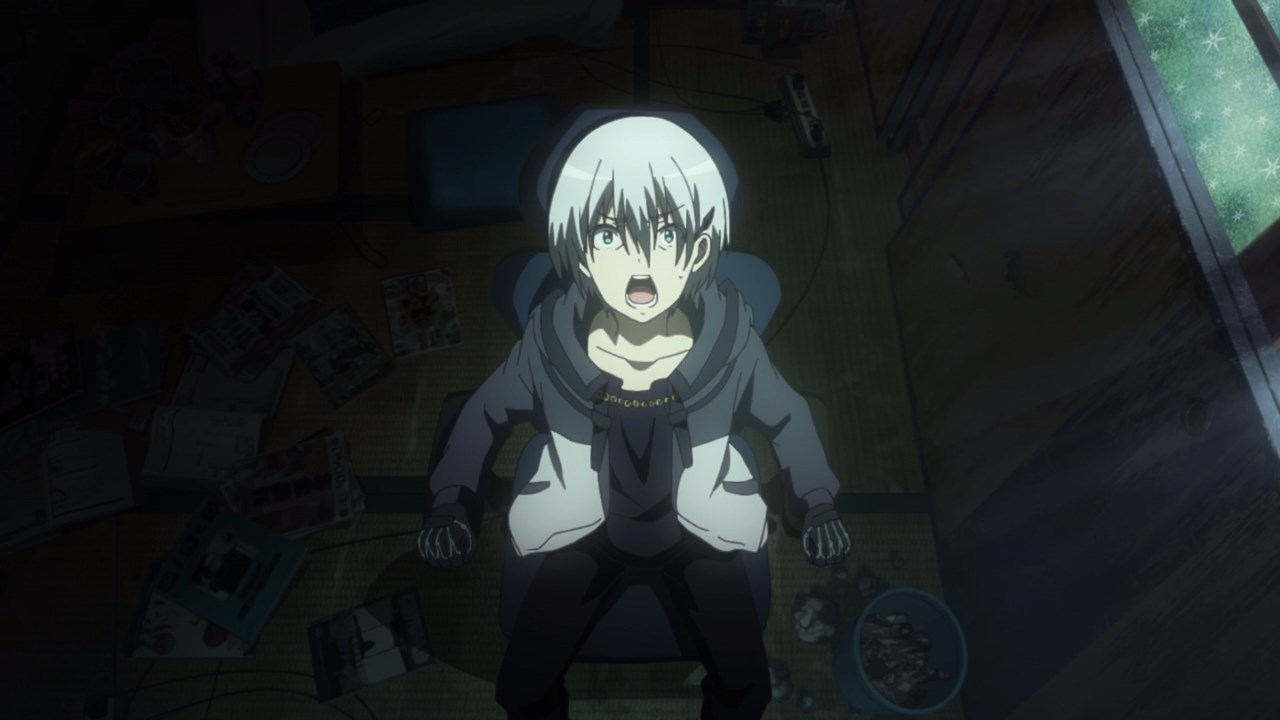 But still, Hiroto is getting nightmares of him being abused most of the time. I mean, he’s sick of reminiscing those horrible times where Hiroti is forced to hack banks for his parents.

Oh yeah, Hiroto Suzuki managed to find clues about Dr. Shuichiro Korogi where it turns out that Hina Sato is the key to unlocking his research, although I’m worried about Toshitoku Sato and his new family since I’m scared that they got killed. 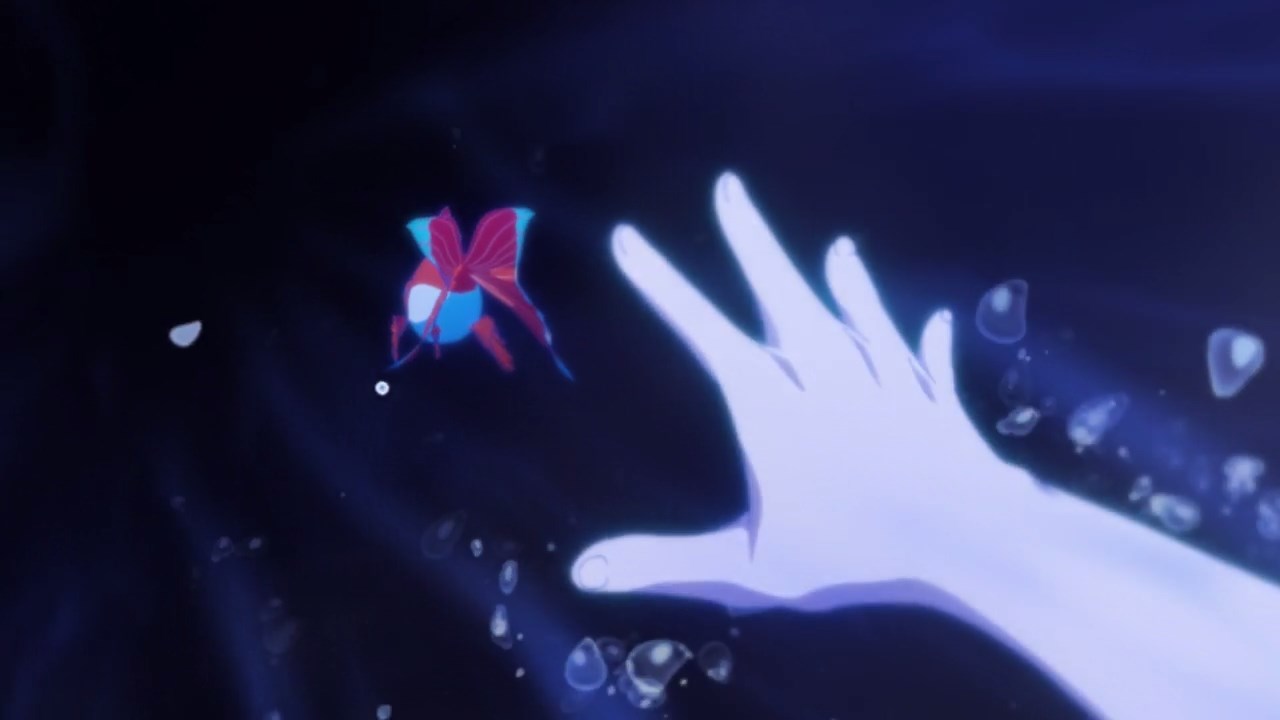 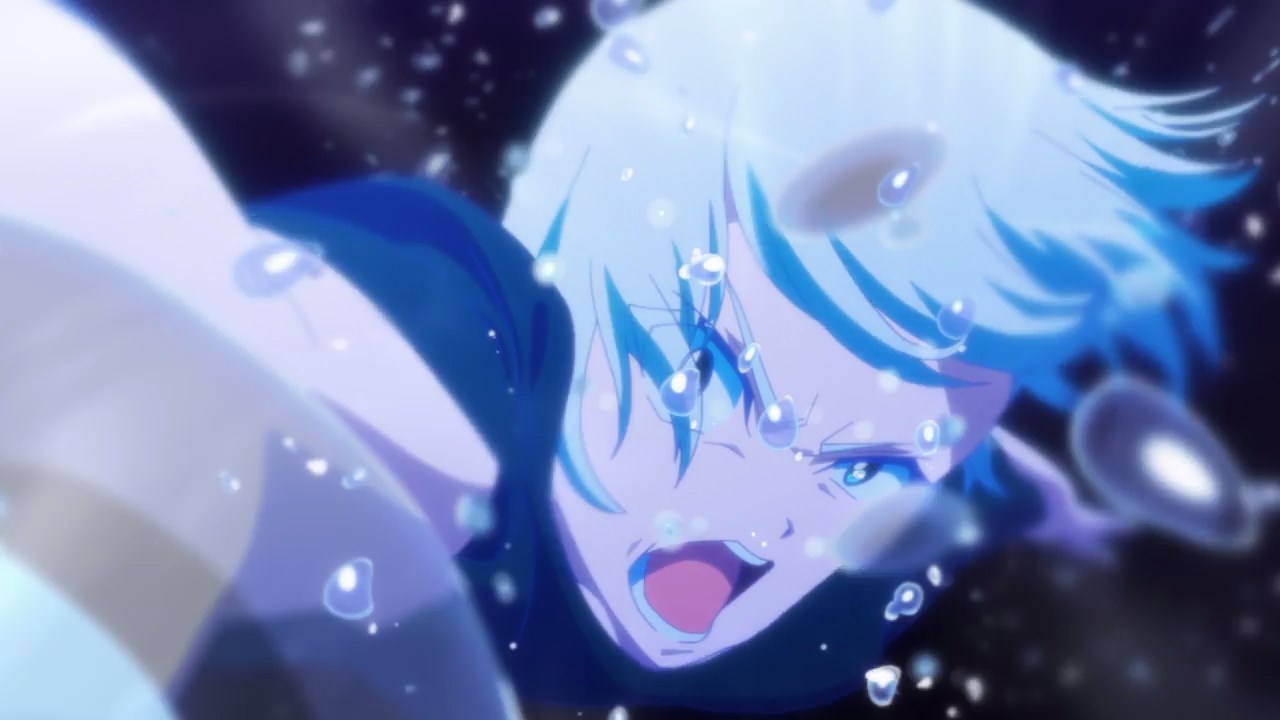 With that said, it’s time for Hiroto Suzuki to hack the system in order to find out Dr. Korogi’s secret research, although it’s gonna be very trippy because Hiroto literally dived into the ocean full of information.

Man, P.A.Works sure wants to make this mundane hacking scene into a surreal one in which it involves fish by the way. 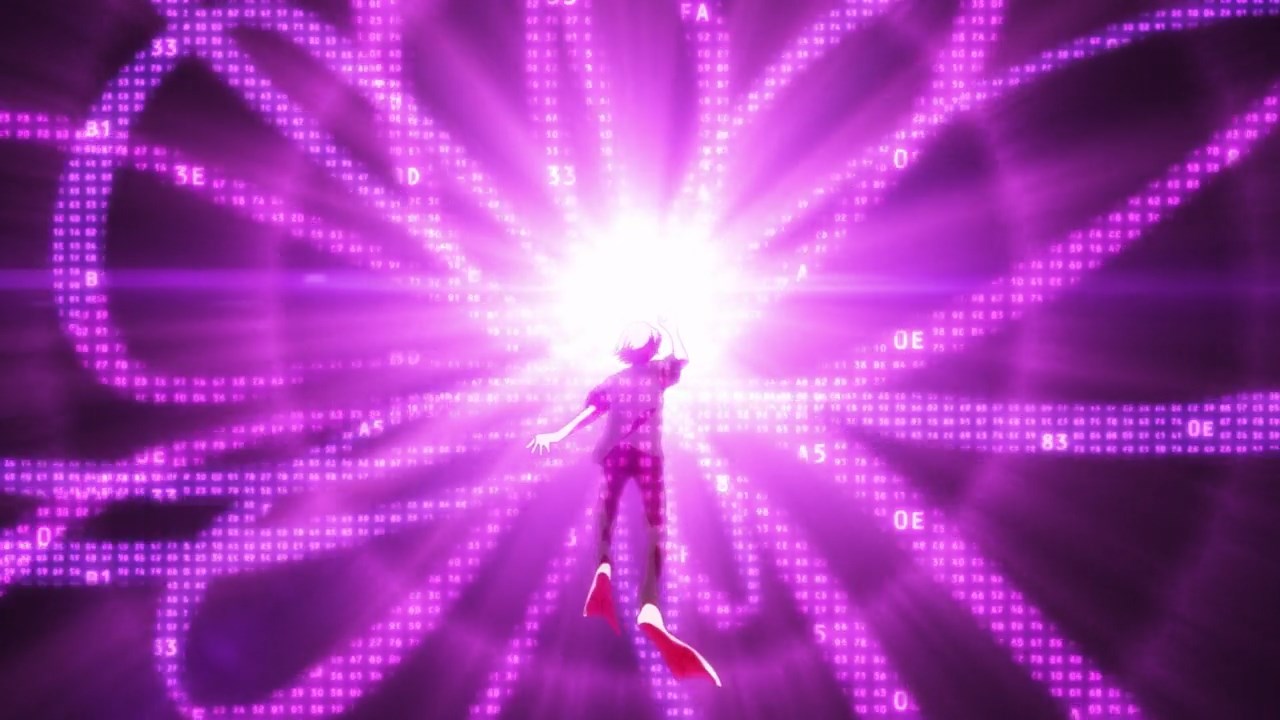 With that said, looks like Hiroto managed to find the answer regarding Dr. Korogi’s secret research by capturing this goldfish.

And you know what that secret is? Well it turs out that the scientist managed to put a quantum computer onto Hina Sato’s brain, therefore she’s somewhat cured from the Logos Syndrome as the computer manage to move her muscles. 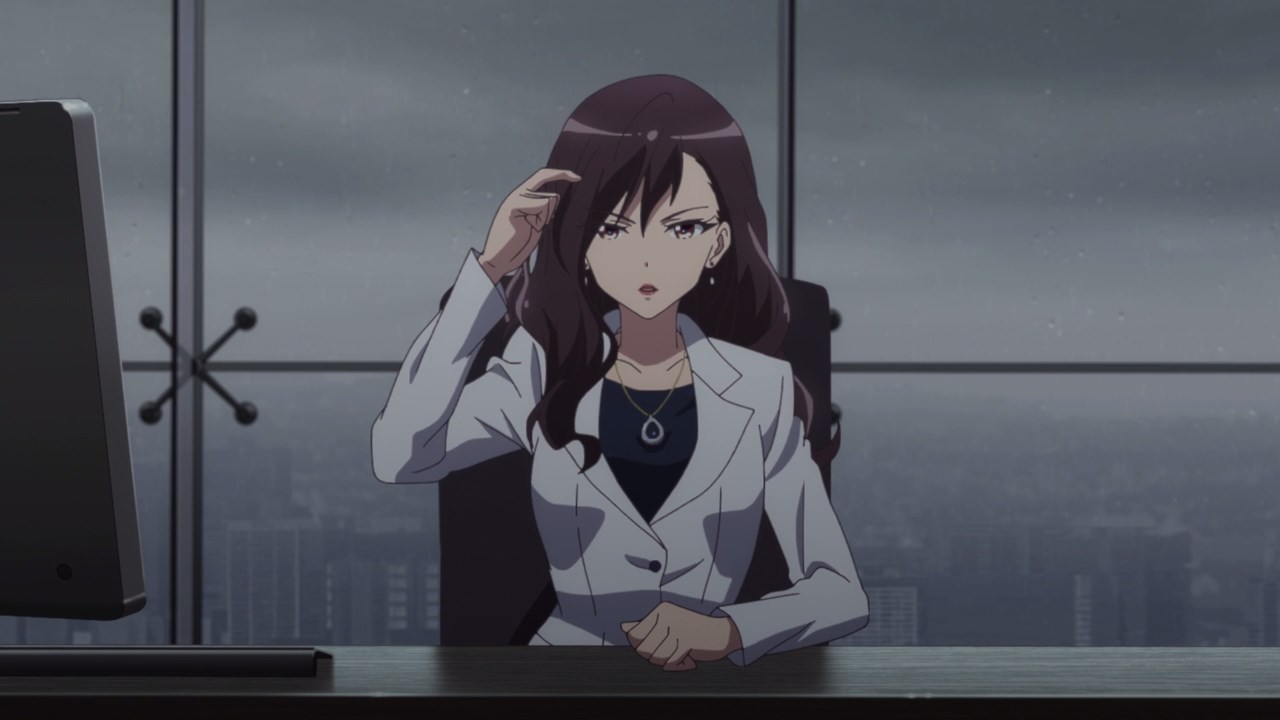 Now that the secret is finally revealed, it appears that the CEO told Hiroto Suzuki that his role is done as her team will take over from here. 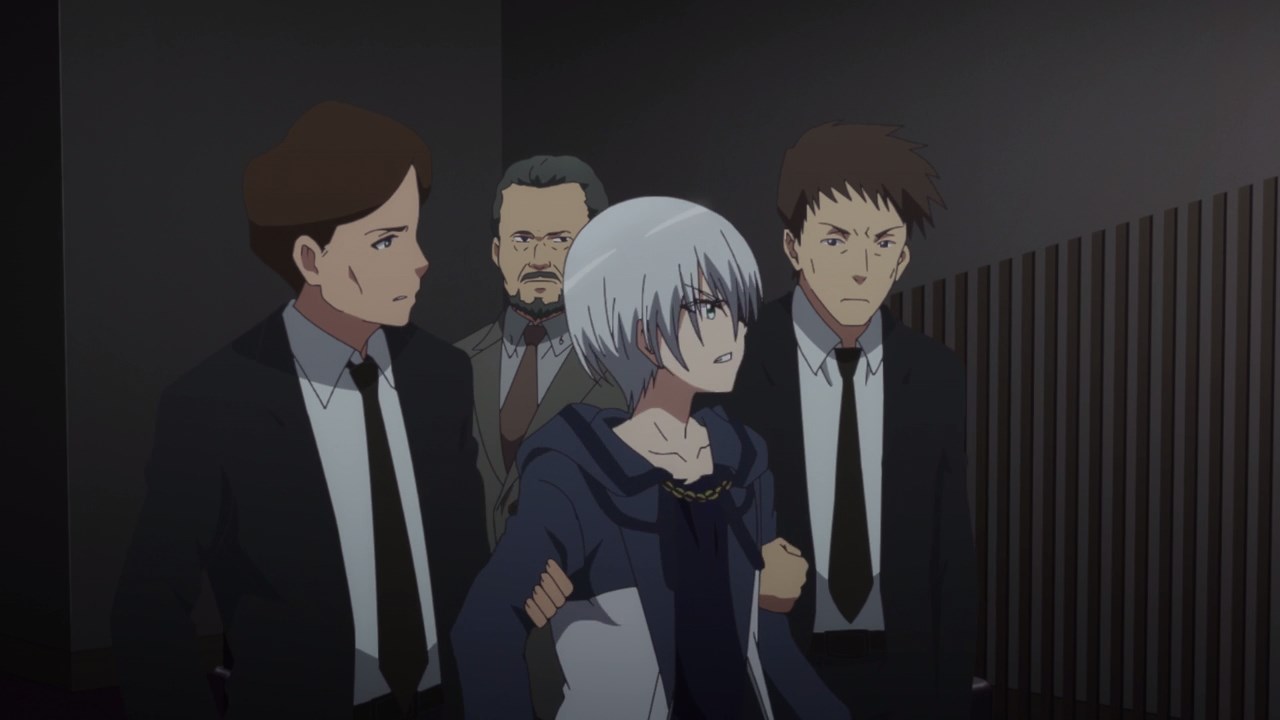 For Hiroto, he can’t accept that he’ll let go by his boss because he still has some use within the company, except that the CEO has seen enough of his tricks.

By the way, you wanna know what they’re gonna do to Hina Sato? Well, they’re gonna take out the quantum computer from her brain because they fear that humanity is not ready to handle such advanced technology. Okay, looks like Hina-chan is in danger of being killed! 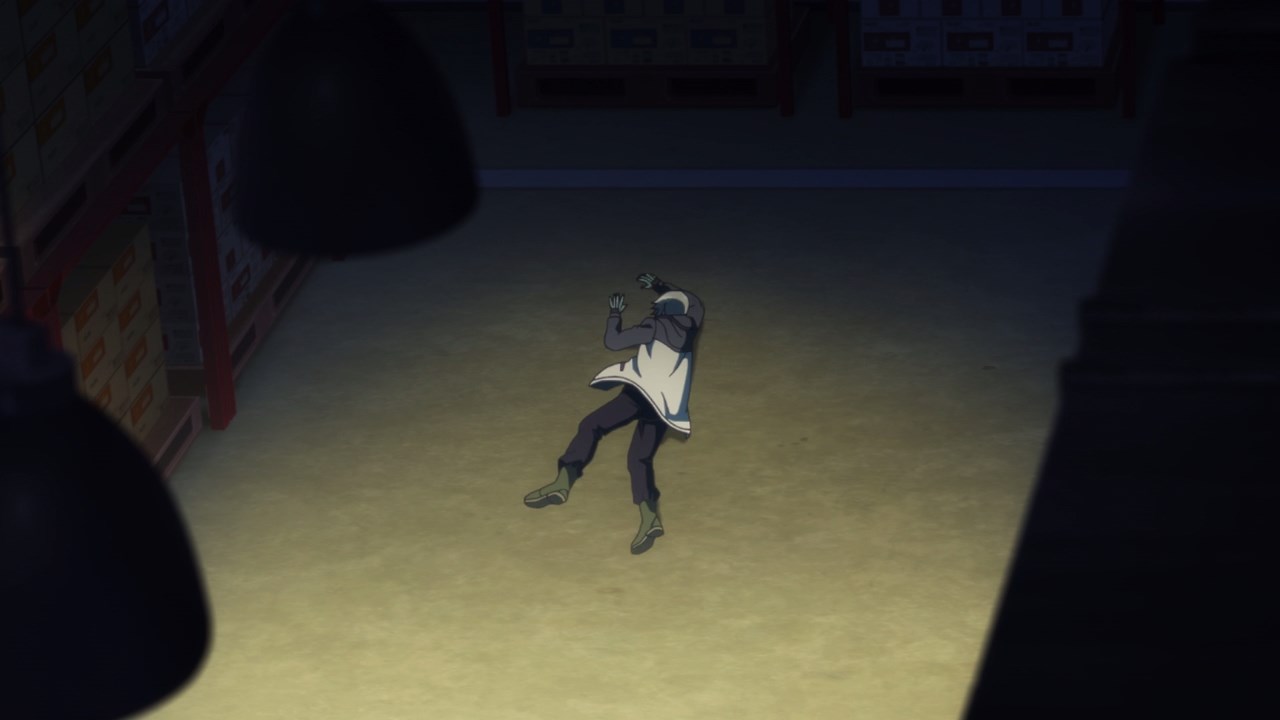 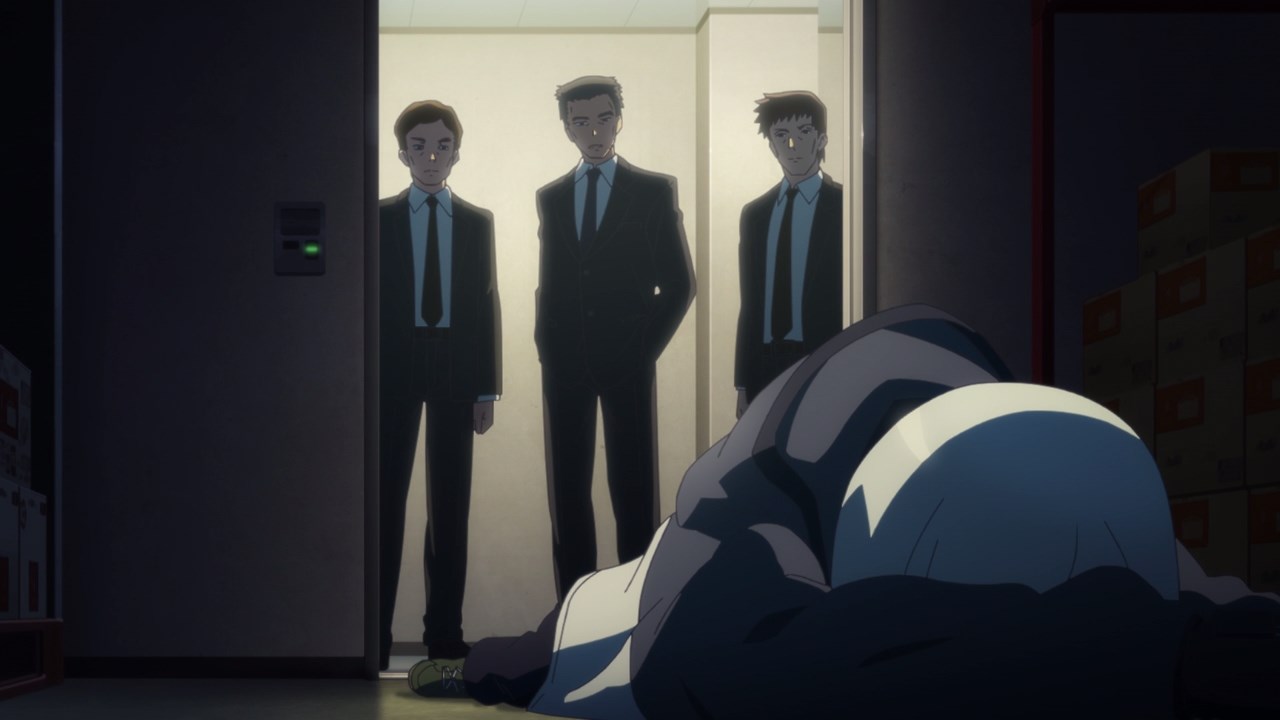 Anyways, the goons throw Hiroto Suzuki to a storage room and lock him up. Oh, and they don’t bother removing his hacking tools since Hiroto won’t hack his way to freedom. 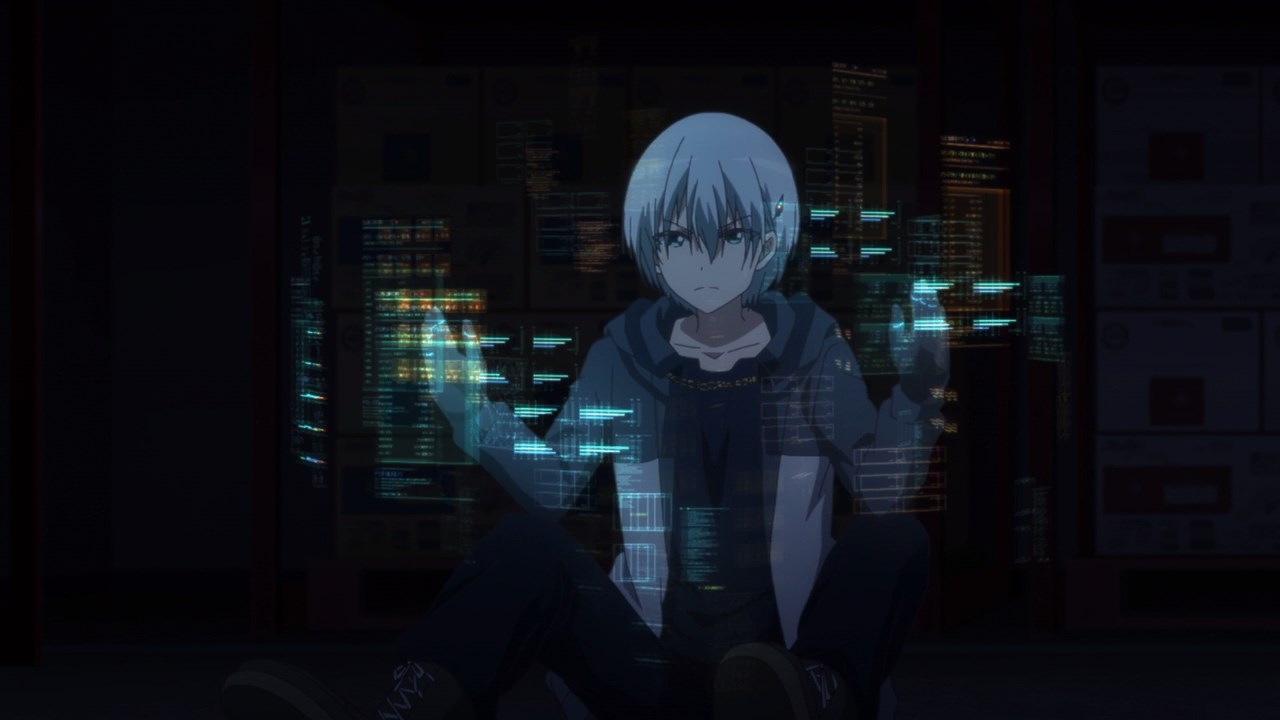 Of course, that’s a grave mistake as Hiroto sends a warning message to Hina-chan. I mean, she has a quantum computer embedded in her brain after all.

Still, I feel that it’s his fault for revealing her location, therefore Hiroto decides to help her out whatever he can. 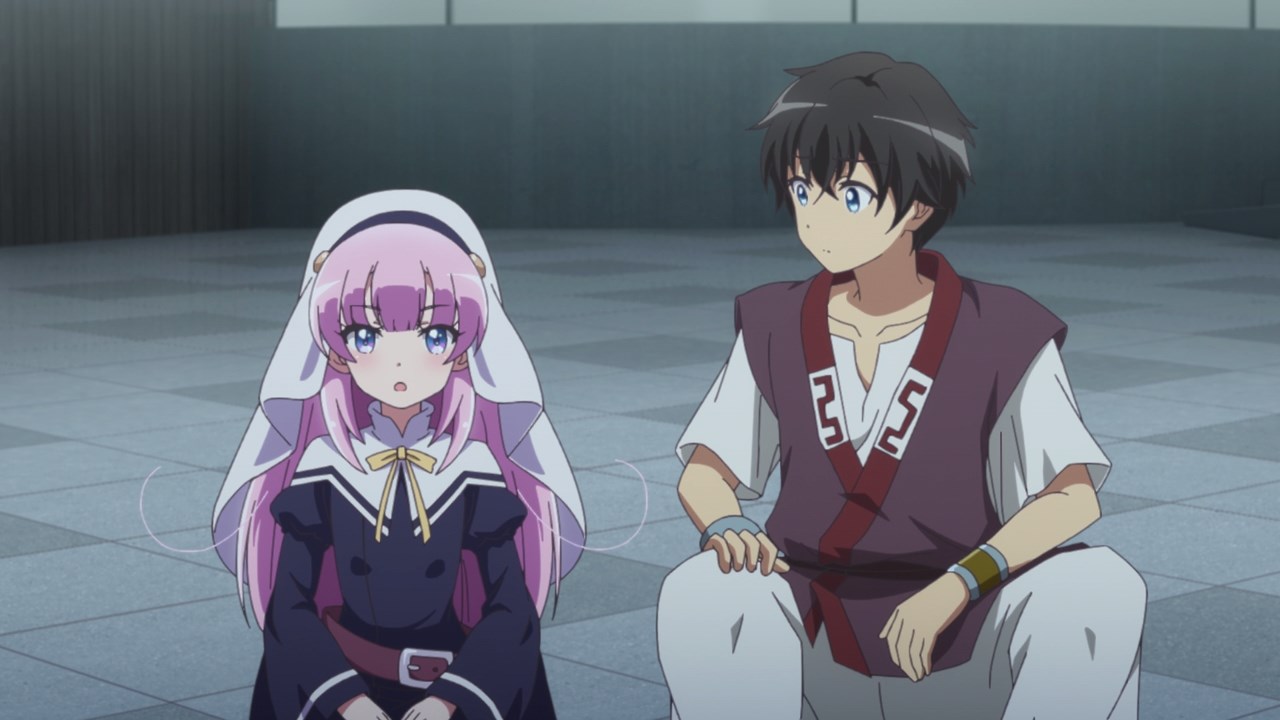 Now let’s move onto Hina Sato where she sensed some danger and told Youta Narukami that the world is gonna end soon. In fact, a group of people are gonna take her away. 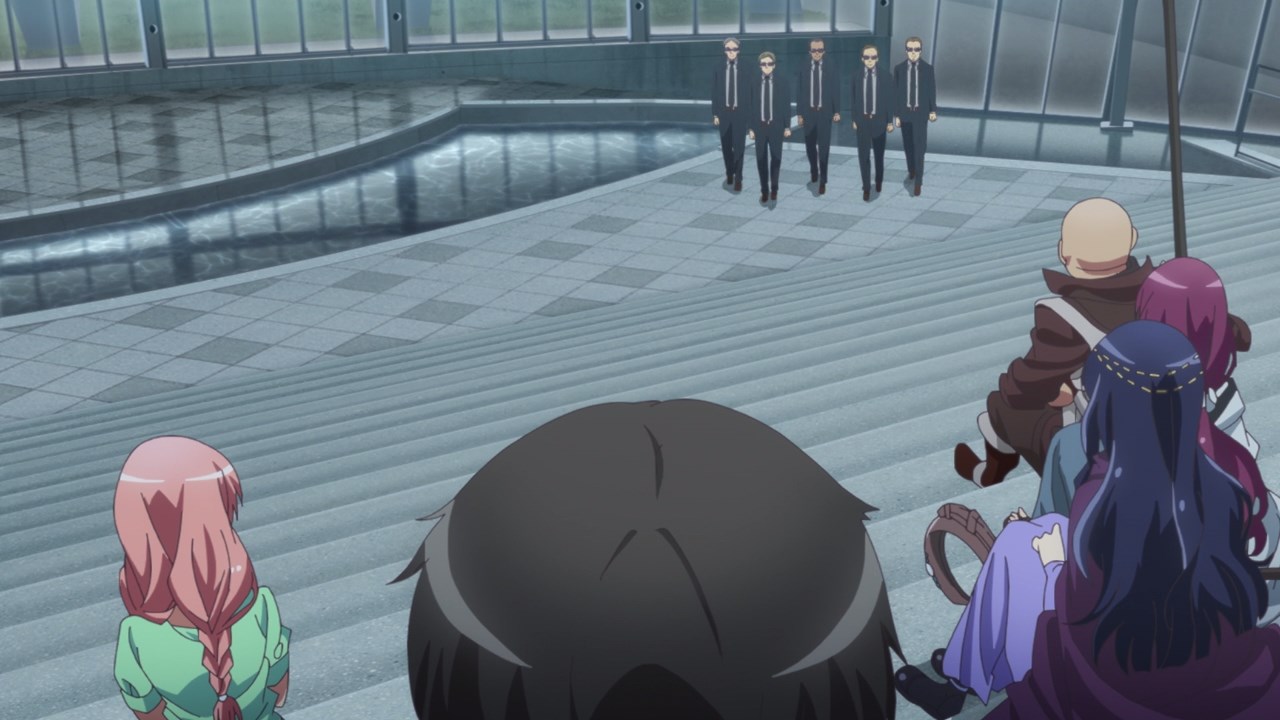 Oh and speaking of the devil, these men in black are here to take Hina-chan away. Ugh, looks like Youta will have to save her from these goons. 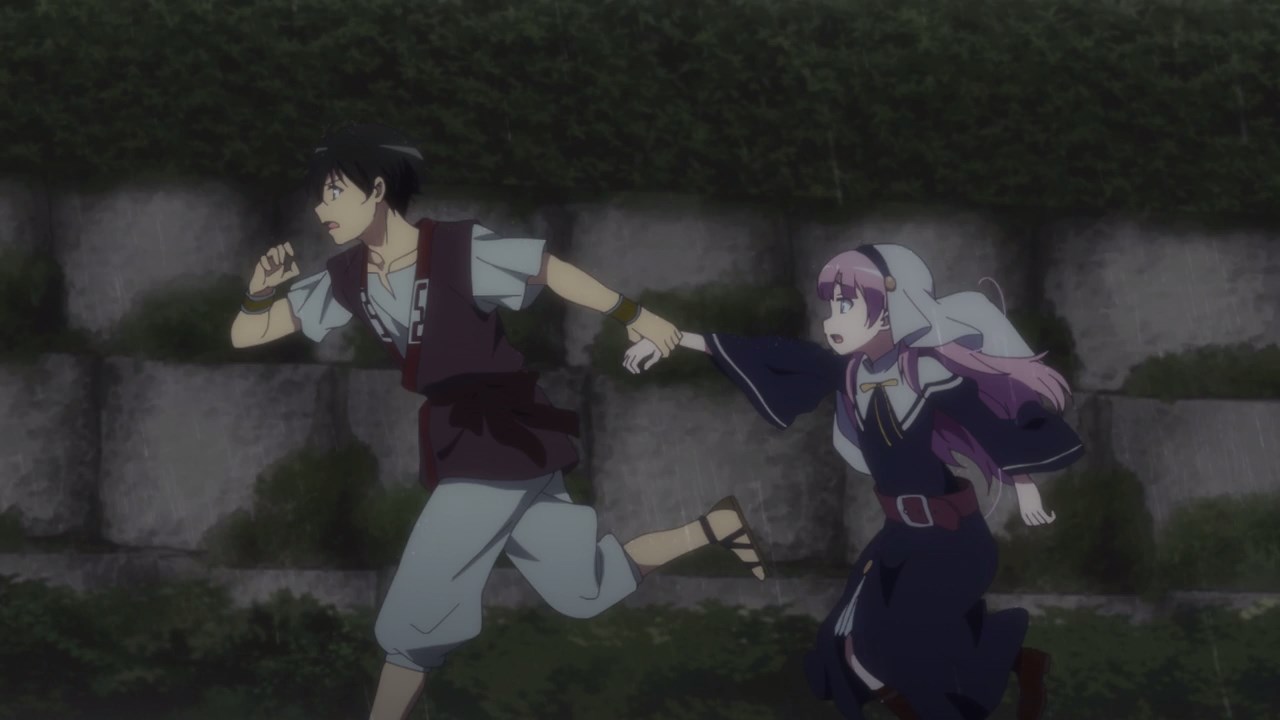 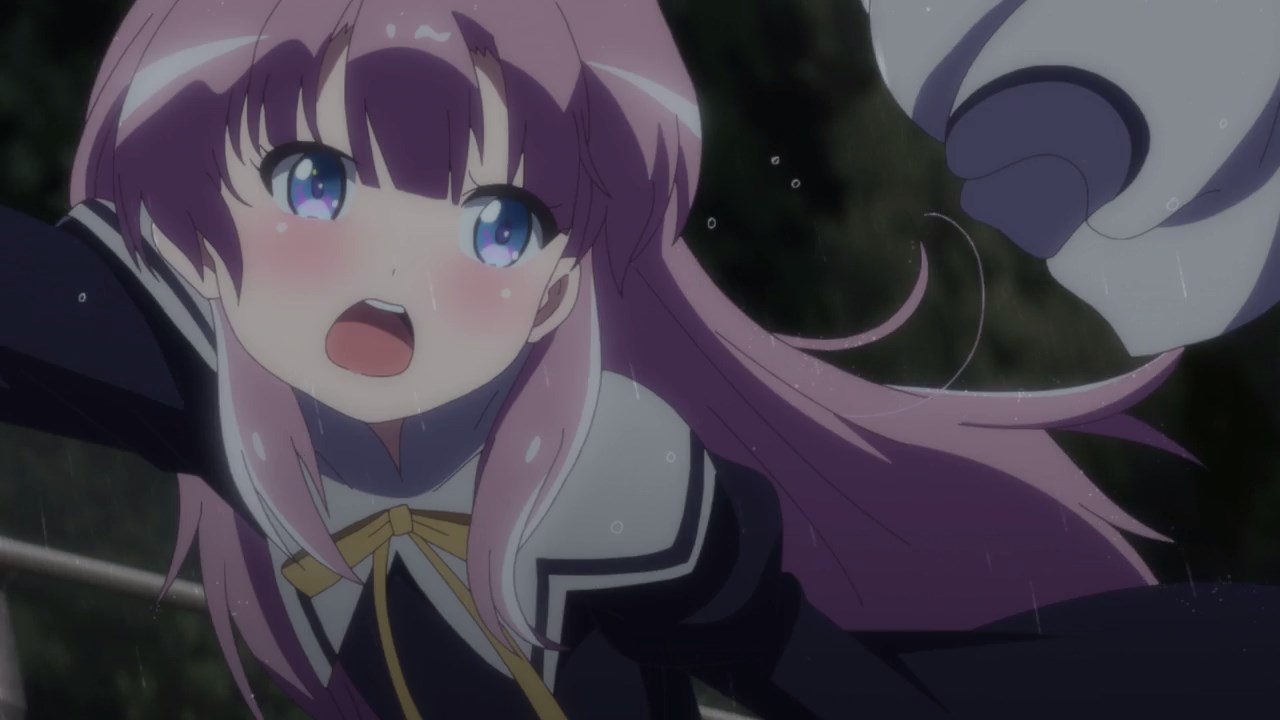 And so, they ran away as far as possible because Youta doesn’t want to lose her, although the only thing that they lost is Hina’s nun hat.

Come to think of it, why would Youta decided to take care of Hina where he’s not even involved in Dr. Korogi’s conspiracy? 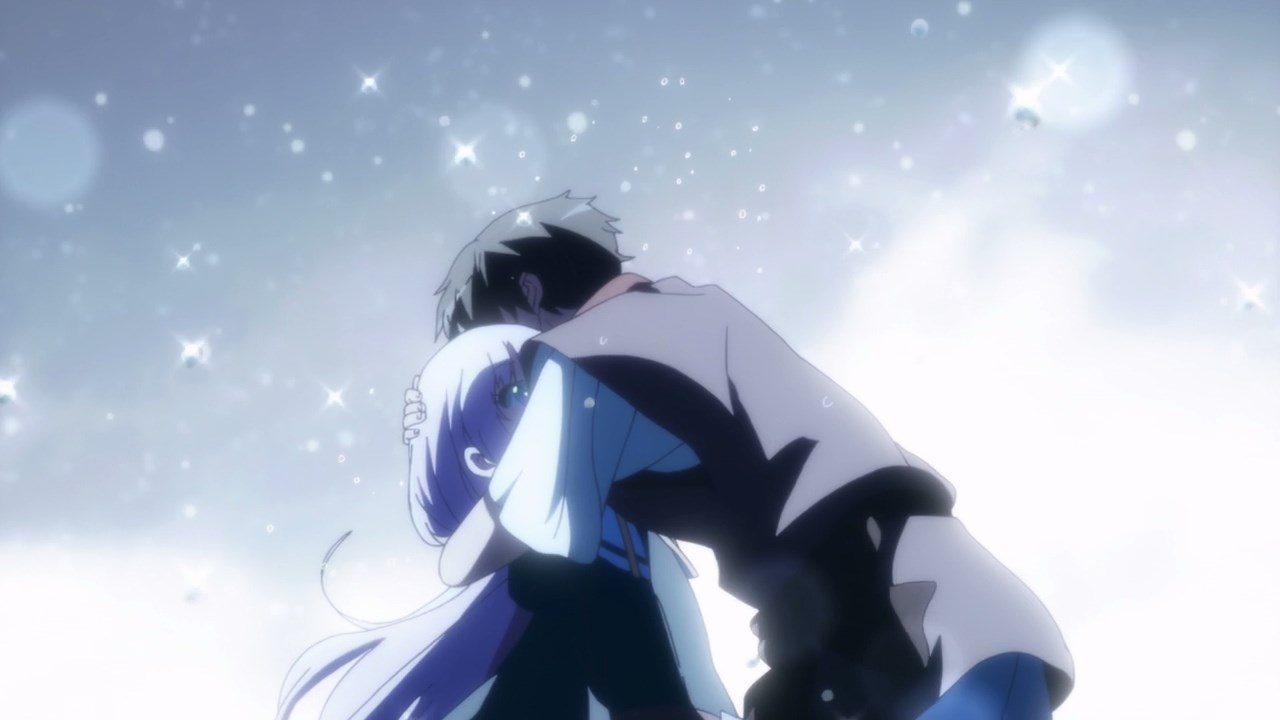 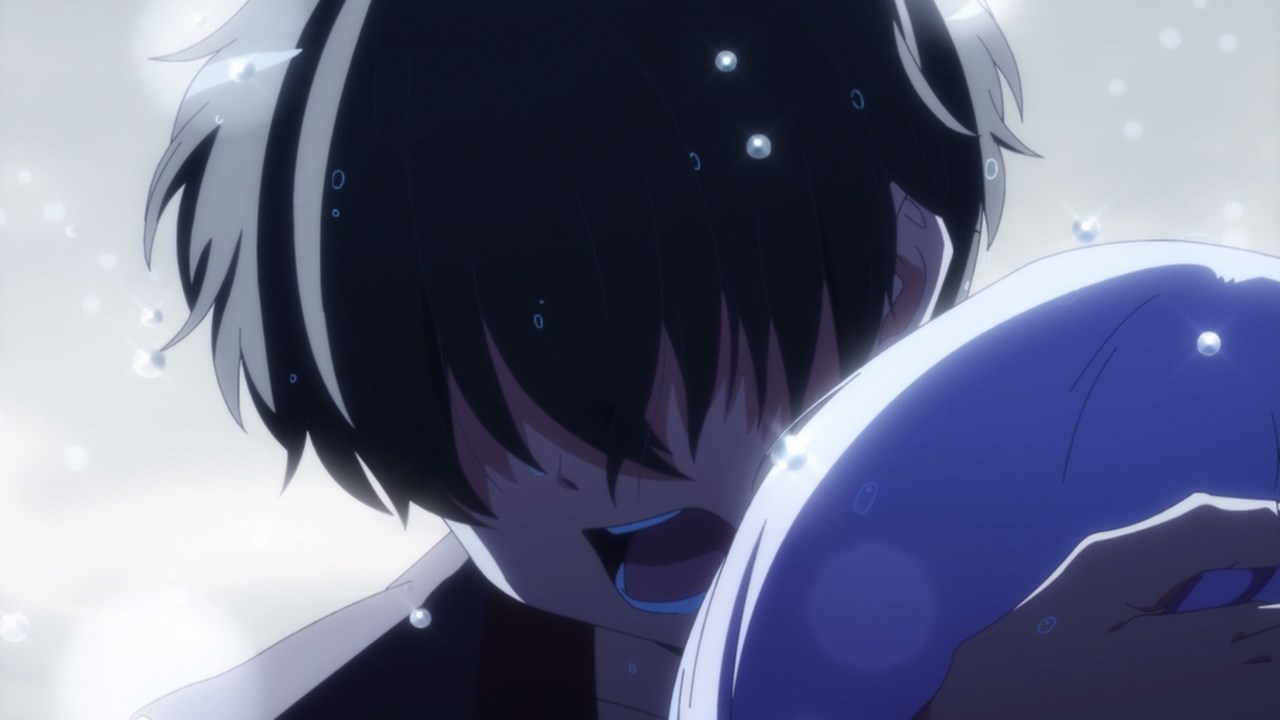 Well, it turns out that Youta Narukami really cared towards Hina Sato as he declared his love for her. Um Youta, are you still in love with Kyouko Izanami?

Still, I think they should continue running away from those goons because I’m scared of seeing the end of the world. 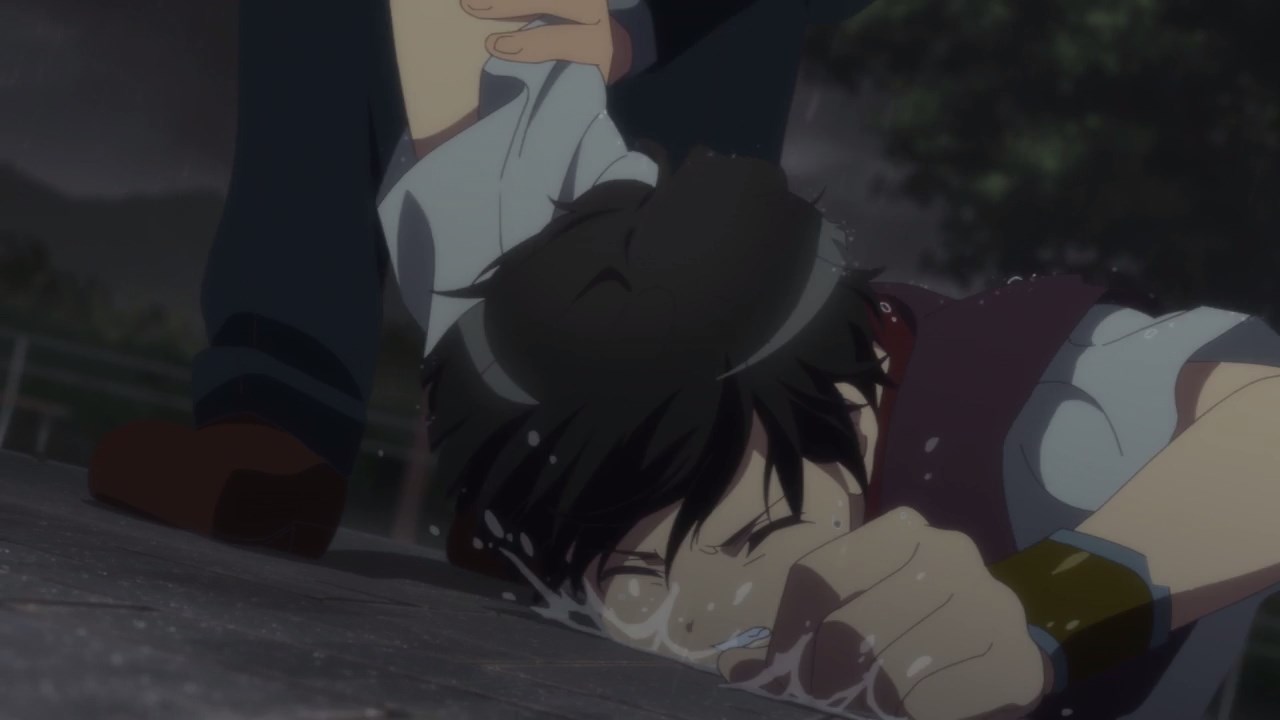 Sadly, the chase has ended when the men in black apprehend Youta-kun and took Hina-chan away from him.

Dammit, why does this episode have to end like this as I want Hina Sato to live? I mean, she was cured thanks to her grandfather and now those greedy people want her dead! 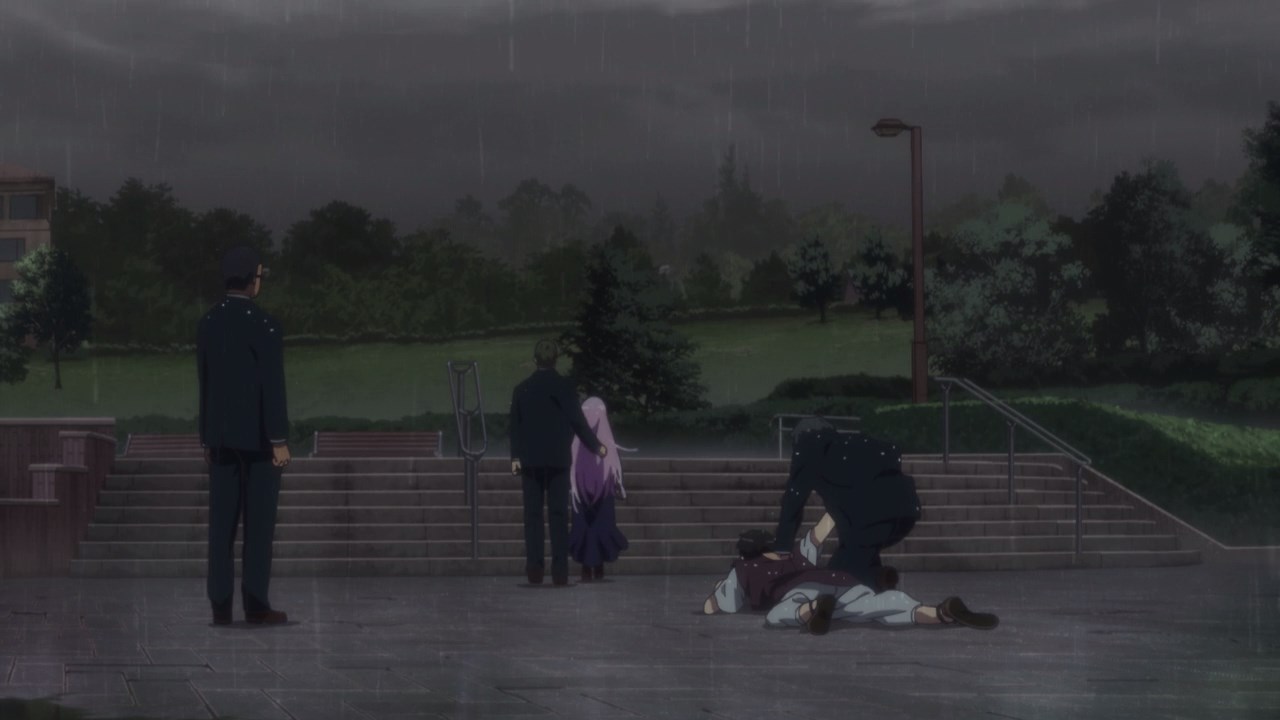 Anyways, I’m scared on what’s gonna happen on the next episode as they’re gonna kill Hina Sato by taking the quantum computer out of her brain.

But seriously, this is a sad day on this show and I’m hoping that there’s still some light at the end of the tunnel.