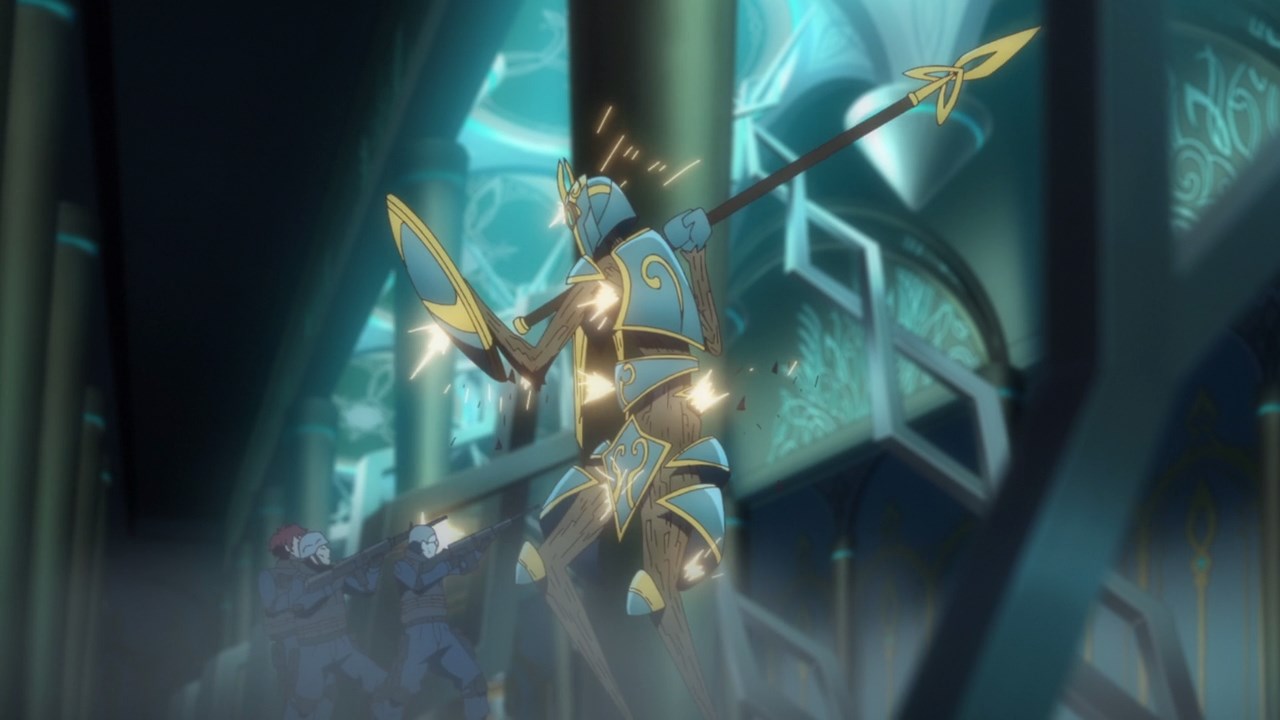 Well everyone, Senyoku no Sigrdrifa is back as we start things off at Asgard where the exploration team decided to leave this place ’cause they’re being chased by Guardian Pillars. 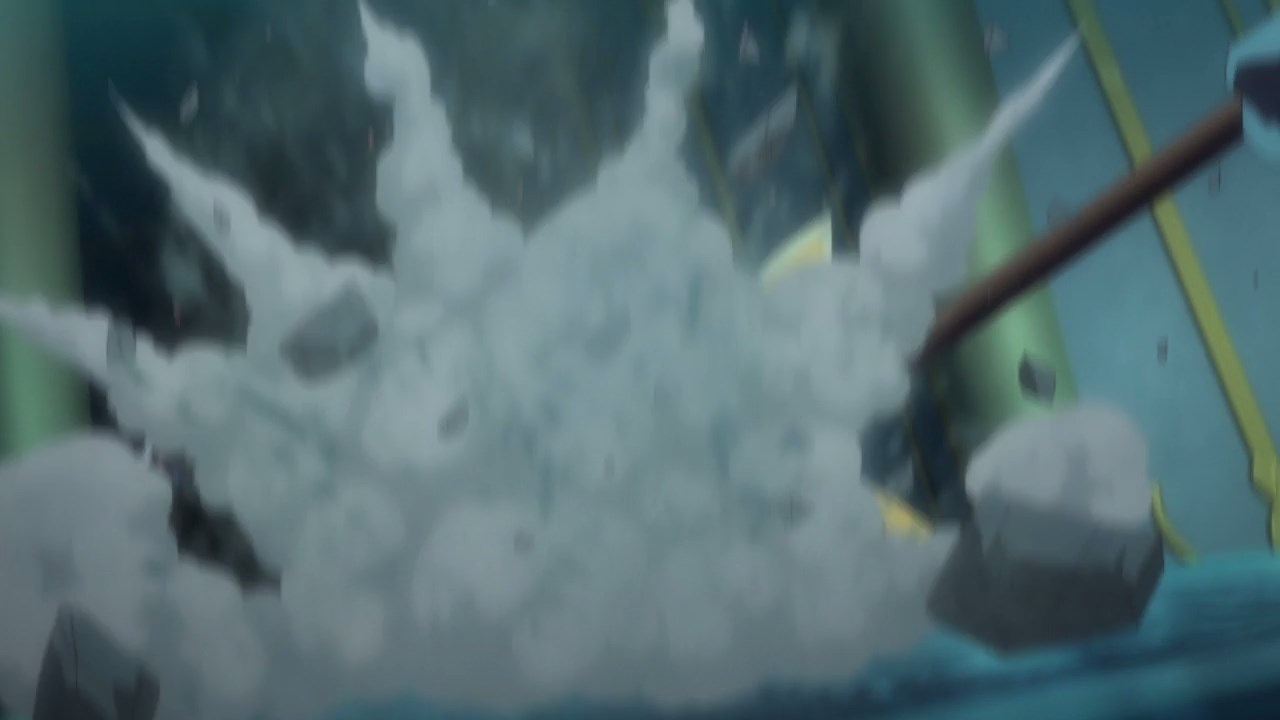 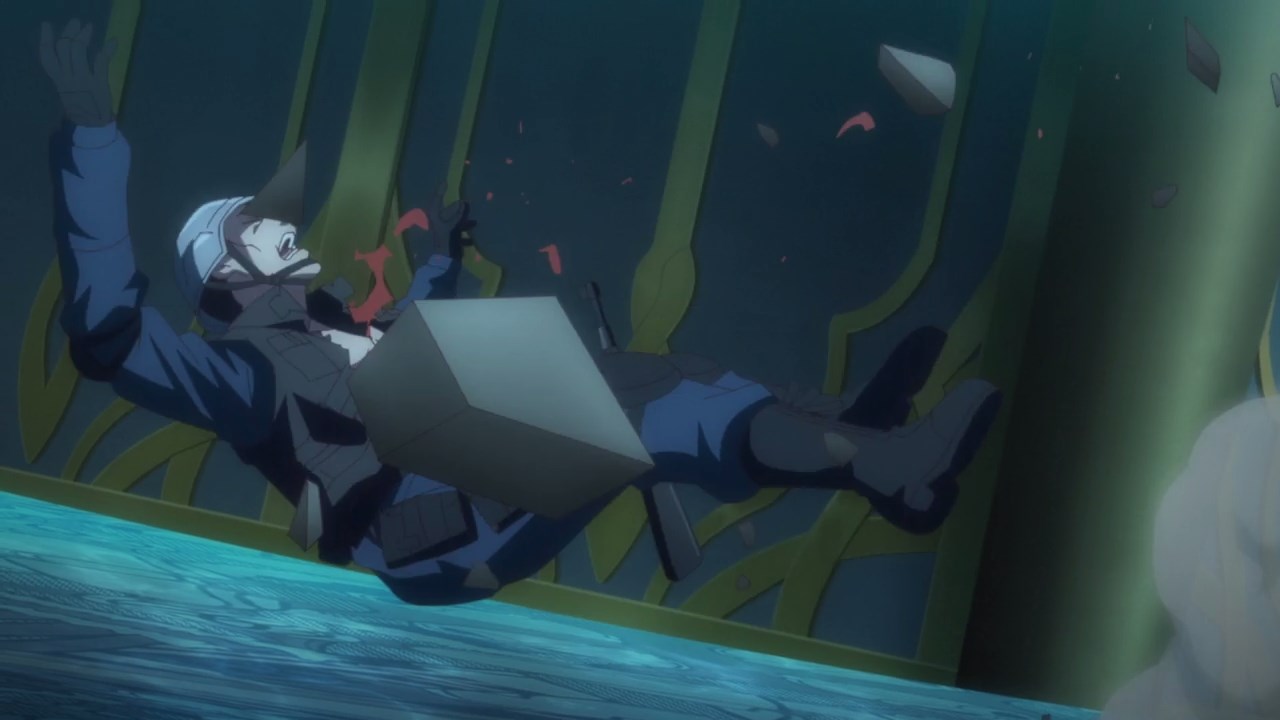 Unfortunately, the Norse automaton throw its spear towards the ground that one soldier got badly hurt upon hitting some debris. Man, somebody save him! 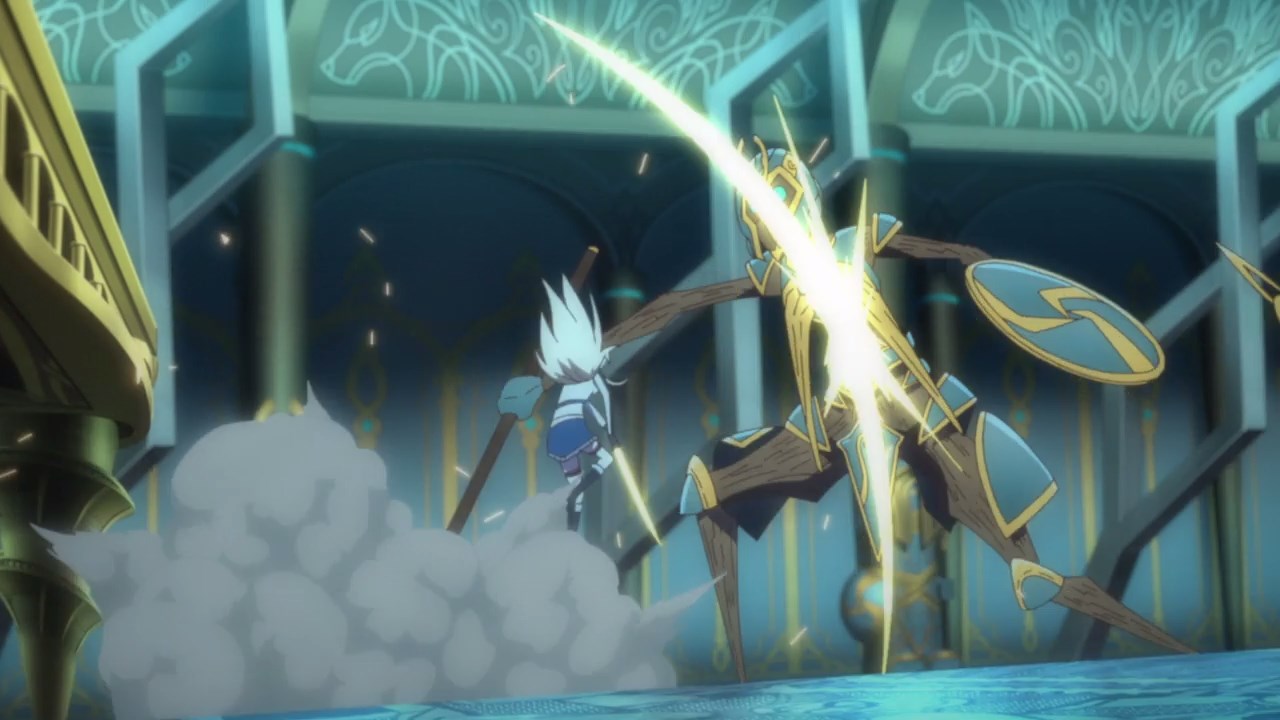 Good thing Claudia Bruford managed to hold these Guardian Pillars off as she used her trusty katana to slash them, although these automatons are very tough to kill. 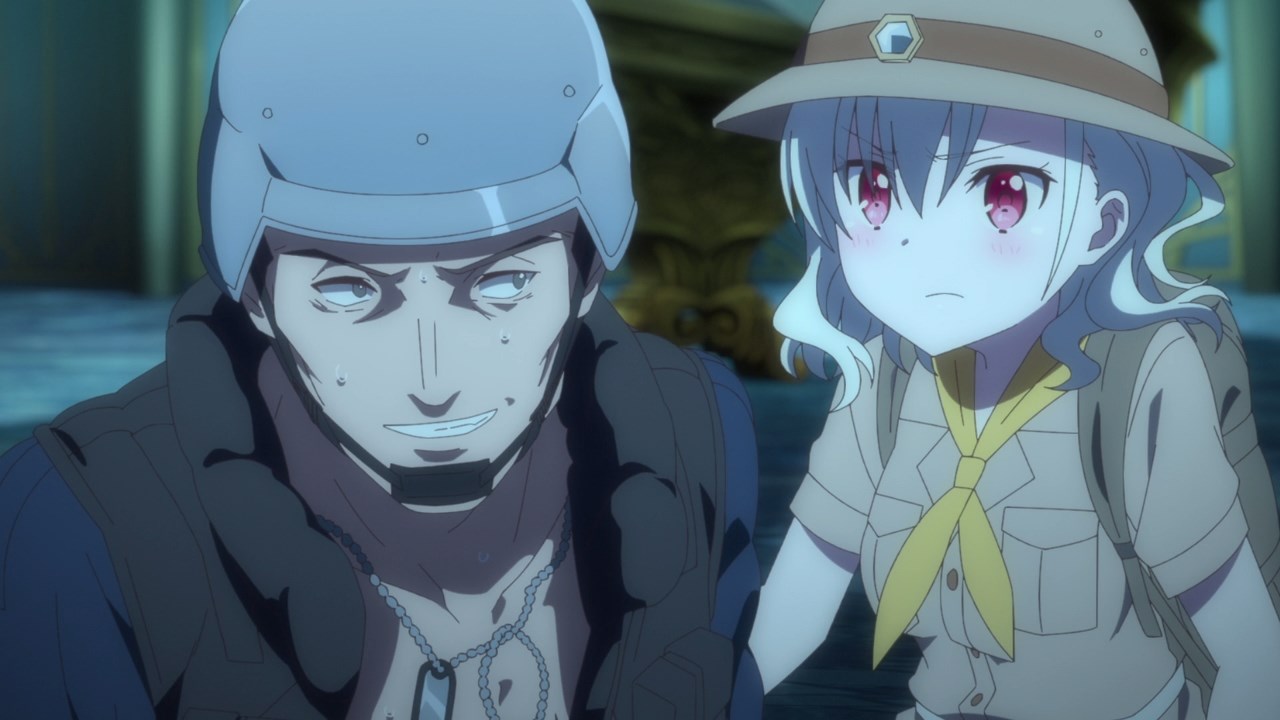 Meanwhile, it looks like this soldier told Azuzu Komagome to leave him be as he wants the rest of the exploration team to make their escape in one piece.

Wait, is he planning to hold the line despite being badly injured? Oh please, I don’t want this! 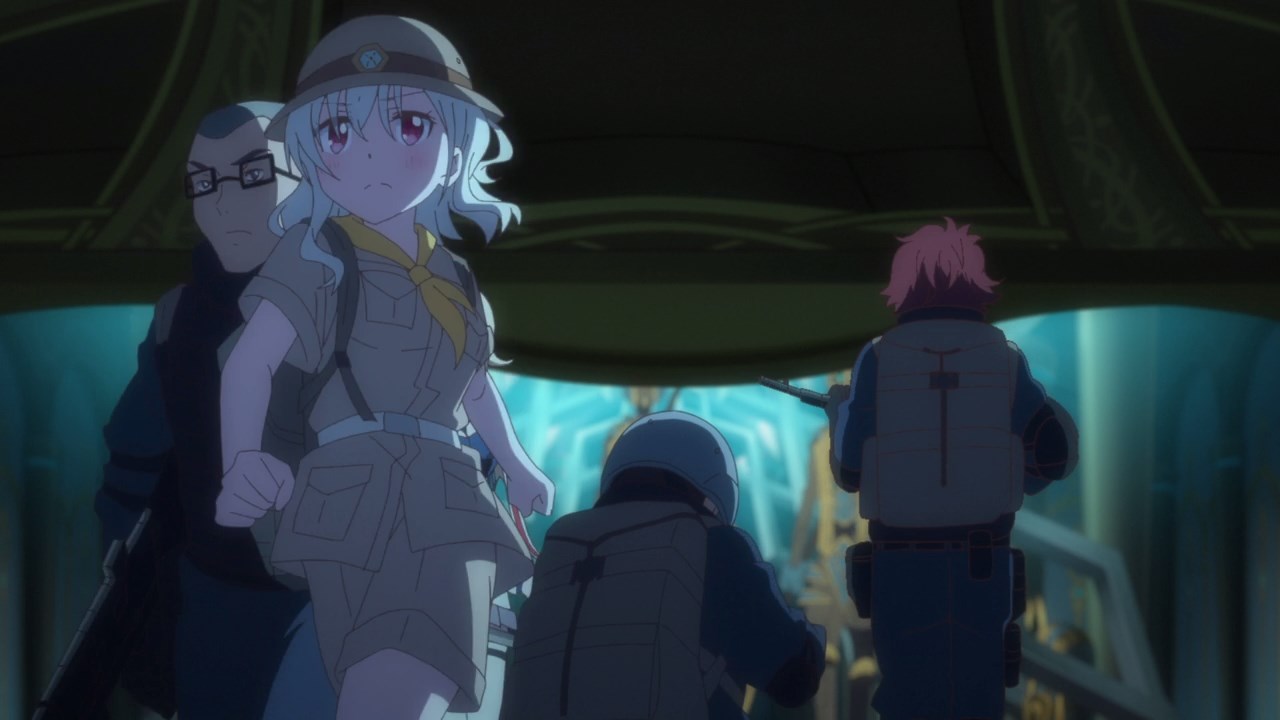 Anyways, the exploration team make their escape while the wounded soldier stay behind to defend his teammates. 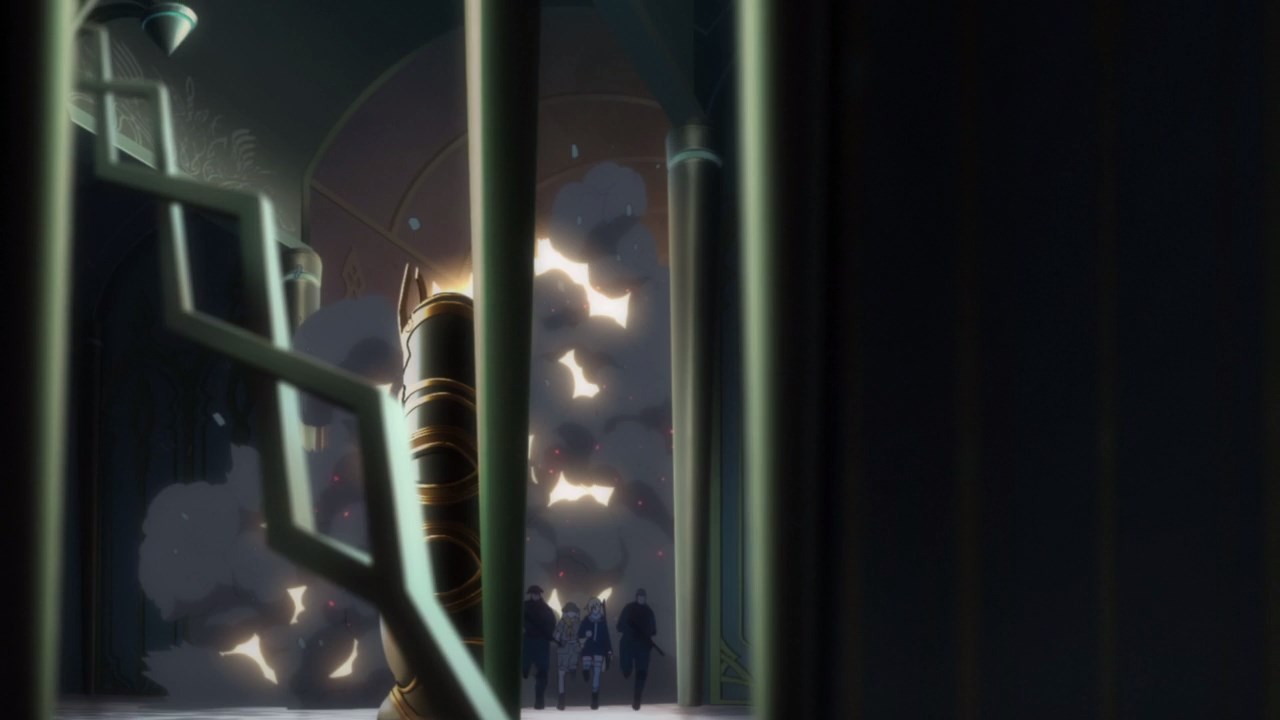 Sadly, their teammate decided to blow himself up in order to stop the Pillars from chasing them. Dammit, if only Azuzu healed his wounds quicker. 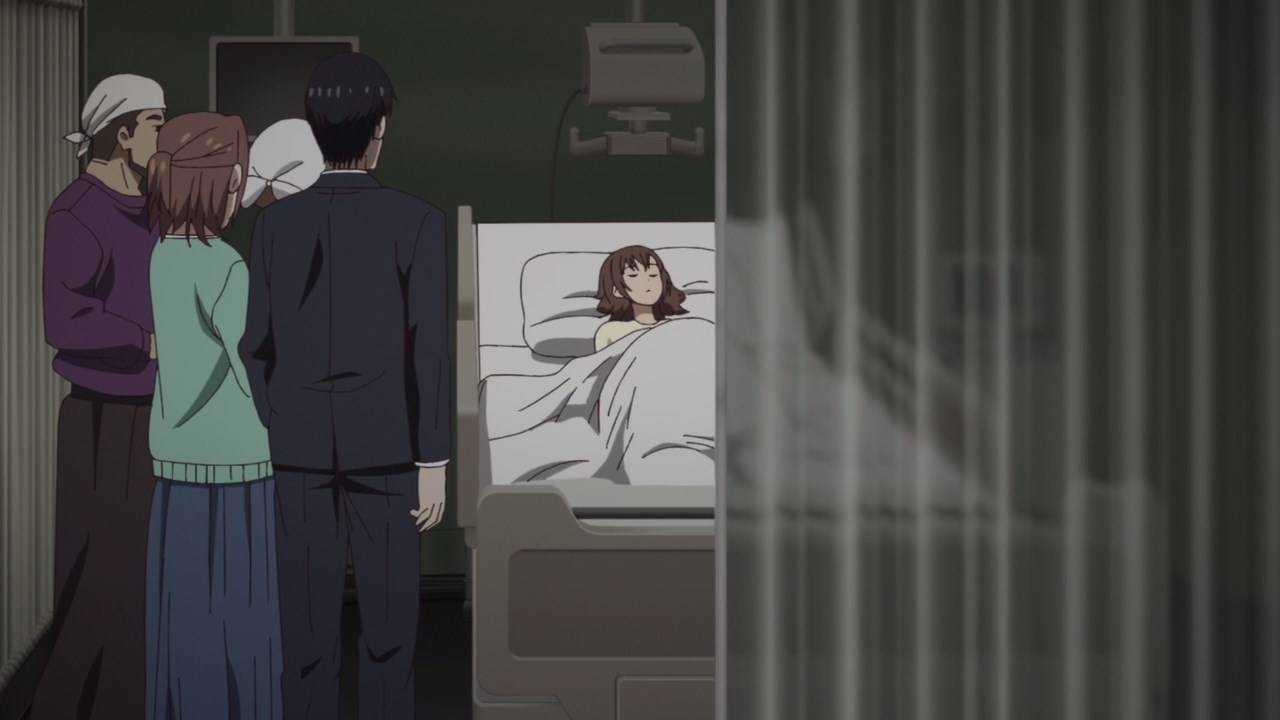 Now let’s move onto Sonoka Watarai where she managed to bring the pregnant lady to a field hospital. Of course, the problem is that the enemy might target the unborn child that the medical staff will have no choice but to abandon the pregnant lady and her child.

Actually, the medical staff decided not to abandon the lady and her baby ’cause they want to save both of them. 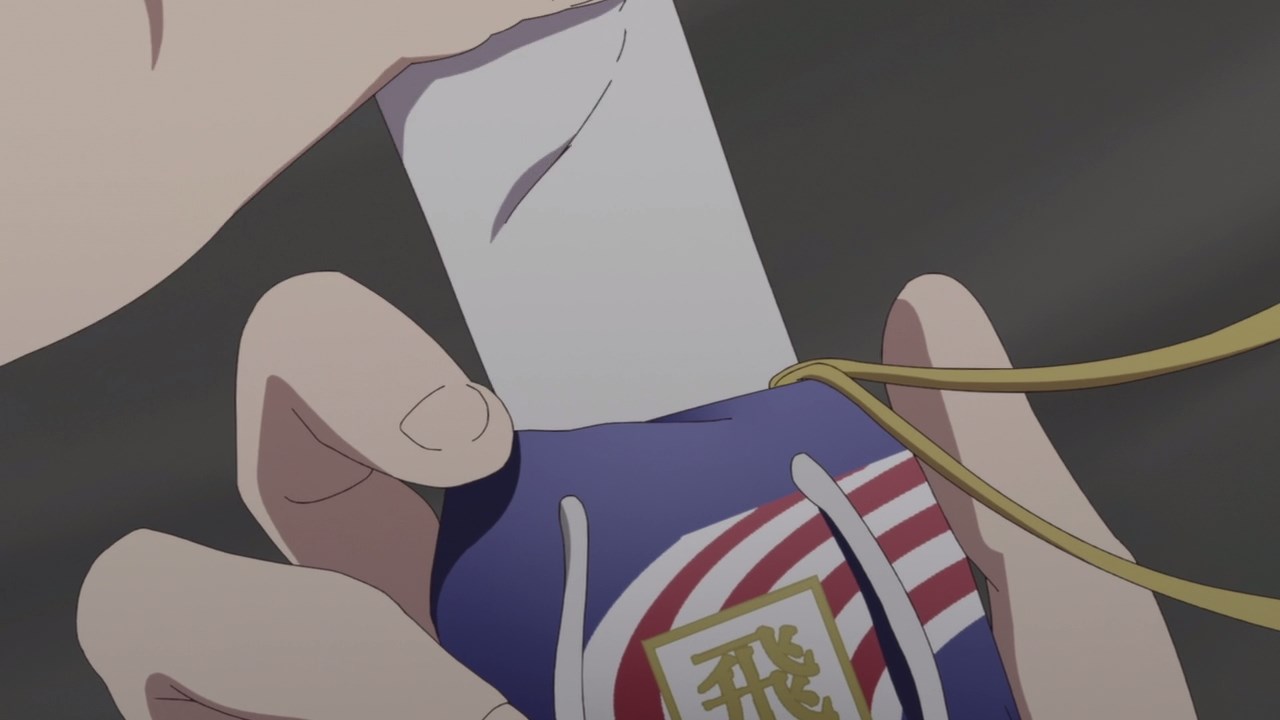 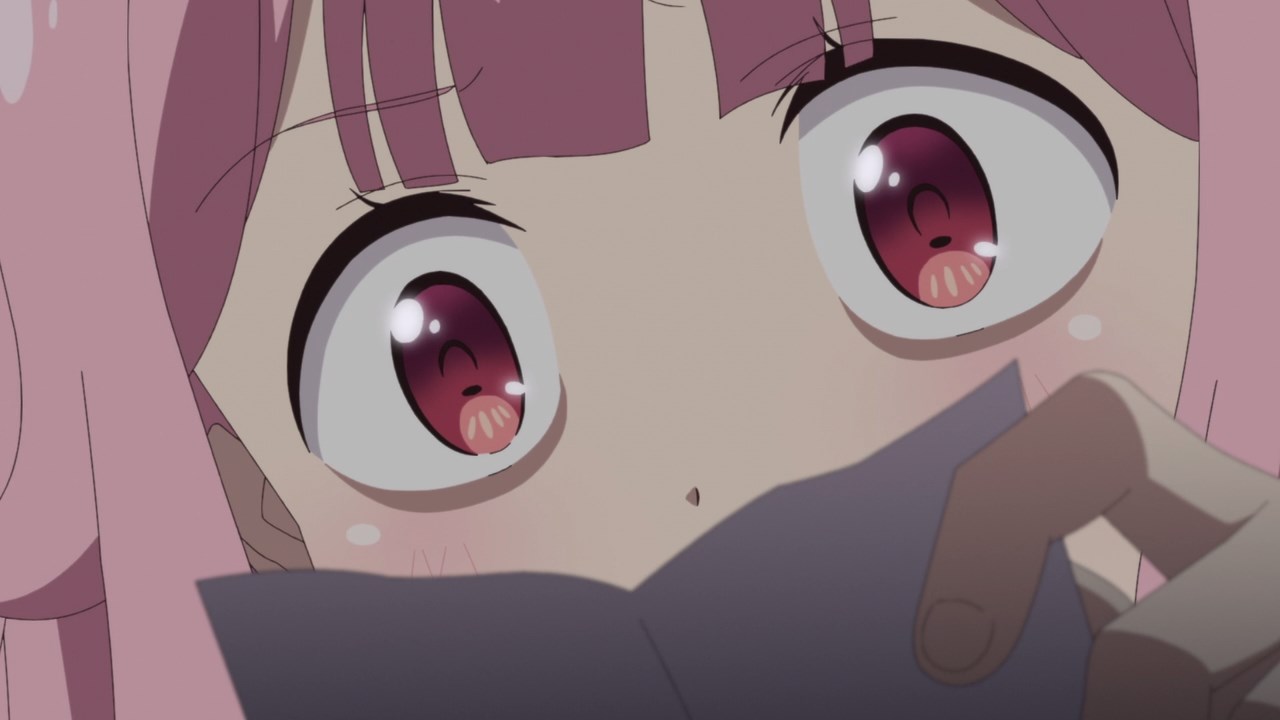 Speaking of Sonoka Watarai, it appears that she opened Yayoi Amatsuka’s lucky charm where Sonoka found a written message and read it. And really, seems that she shocked to see Yayoi’s last words. 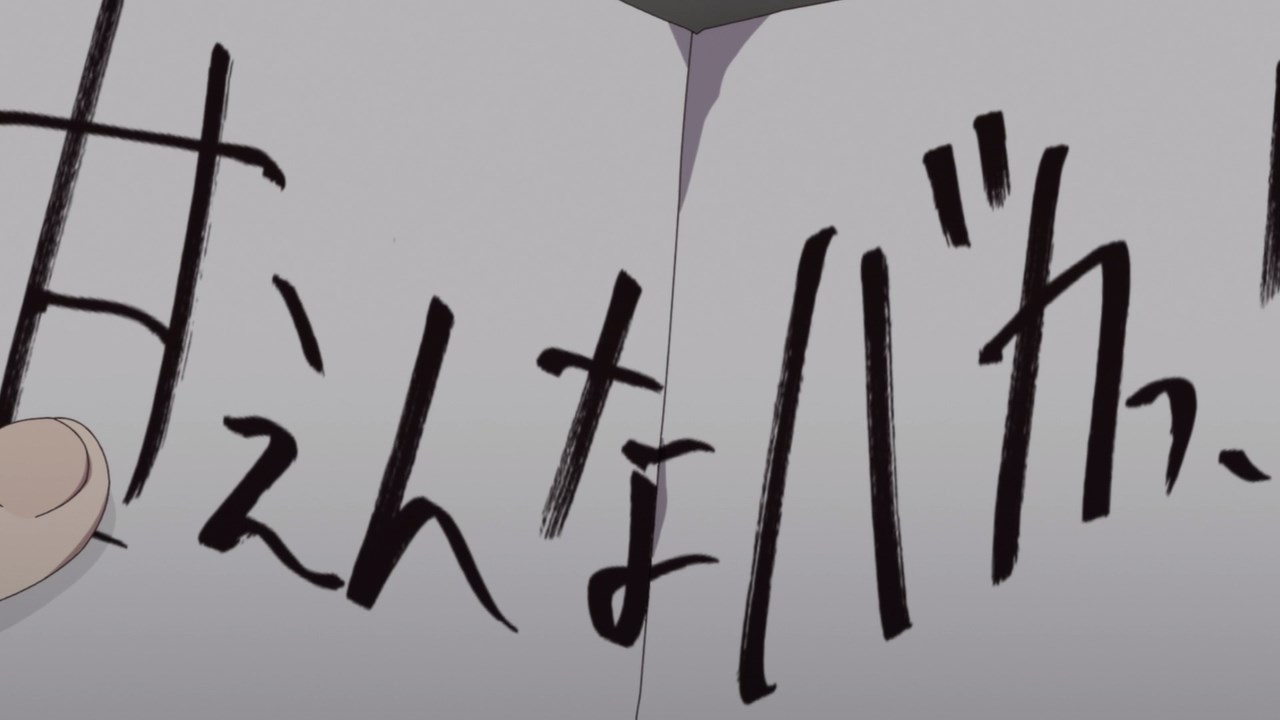 Anyways, the message says “Don’t be a crybaby, idiot!”, meaning that Amatsuka wants Watarai to grow up instead of remaining as a cowardly lion forever.

While her message is a bit harsh, seems that Yayoi-san wants Sonoka to move forward. Still, I’m hoping that Watarai will take her message whole-heartedly. 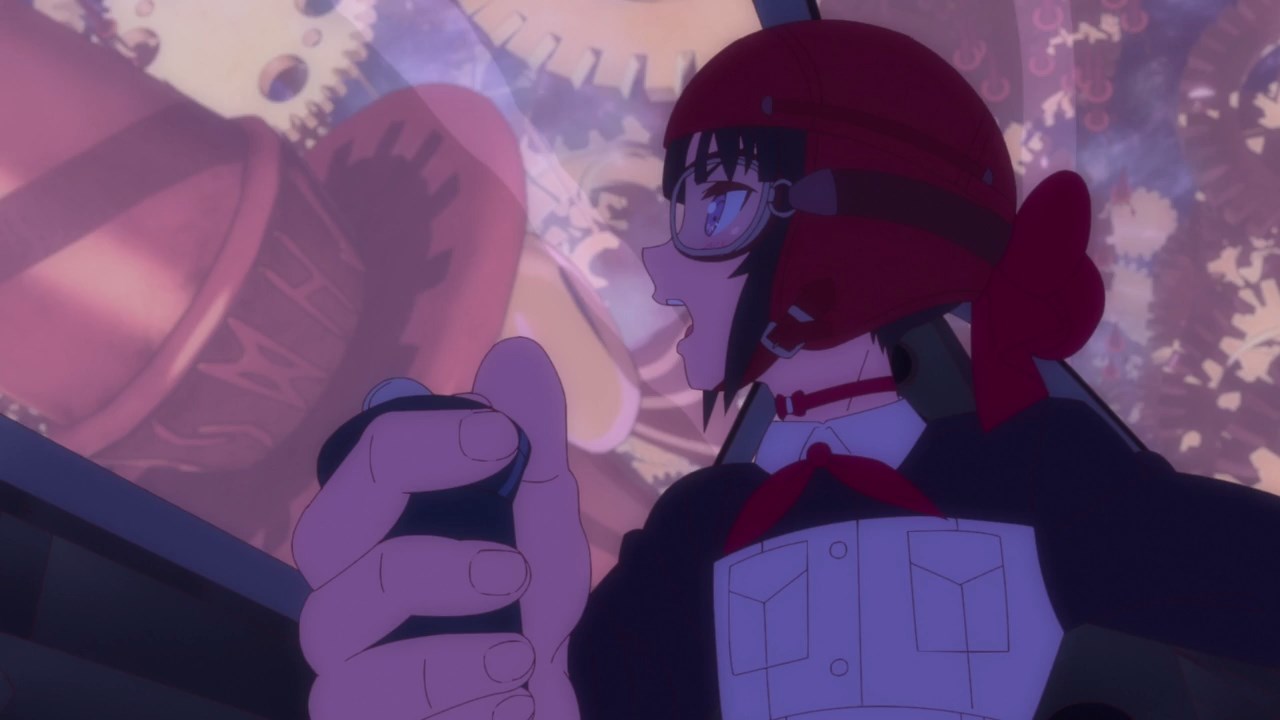 Now let’s move onto Miyako Muguruma where she and her Shield Squadron are having a hard time taking down the Secondary Pillar.

You see, the Pillar can rewind time, meaning that everything Miyako and the rest throw at the enemy will be reversed. 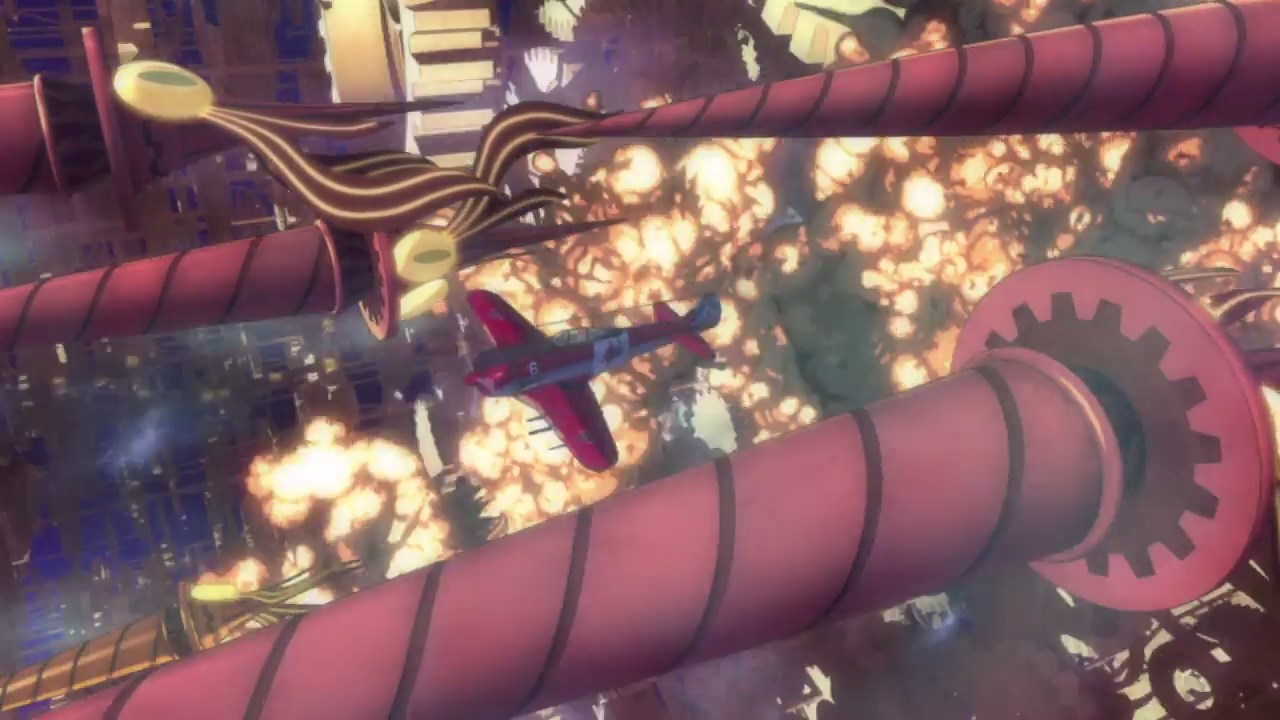 That’s until someone came to rescue Miyako and the Shield Squadron. Man, I thought they’re goners because they’re running out of ammo. 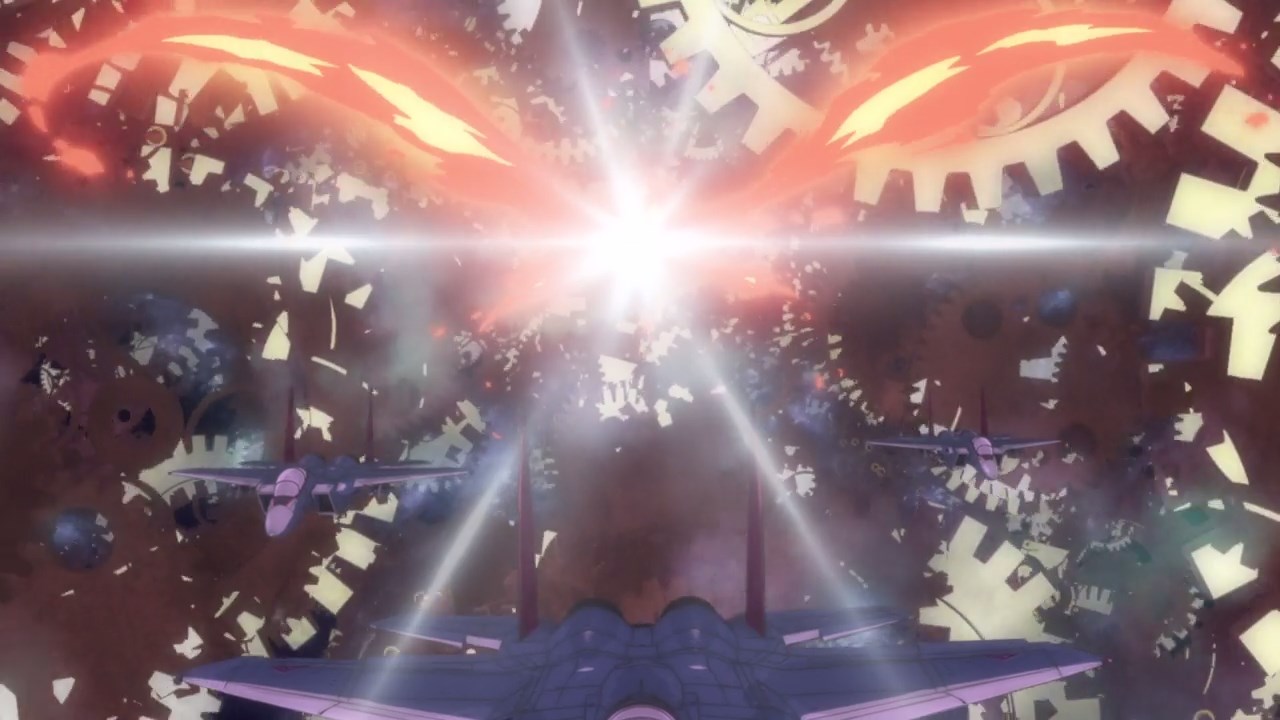 Anyways, it appears that a certain Hero Wing is sprouting fiery wings like a phoenix rising from the ashes. 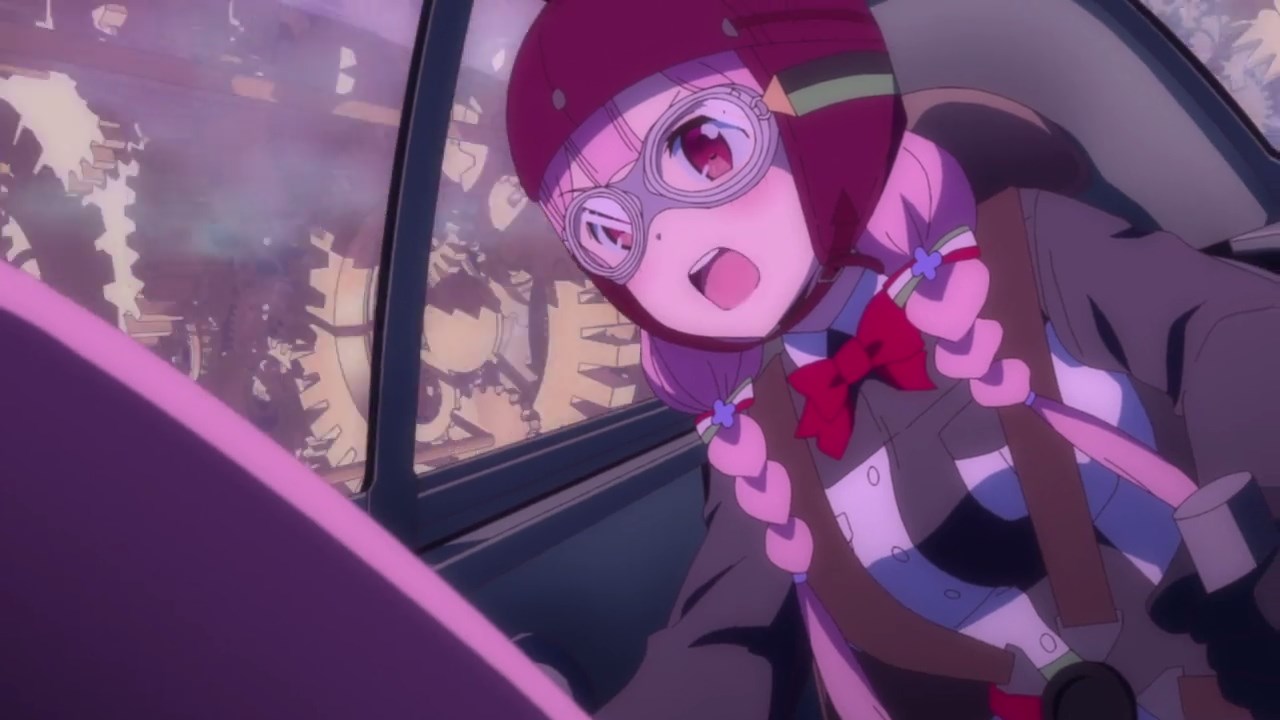 In any case, Sonoka Watarai has returned to the battlefield as she’s gonna help Miyako Muguruma and the Shield Squadron on defeating the Pillar. 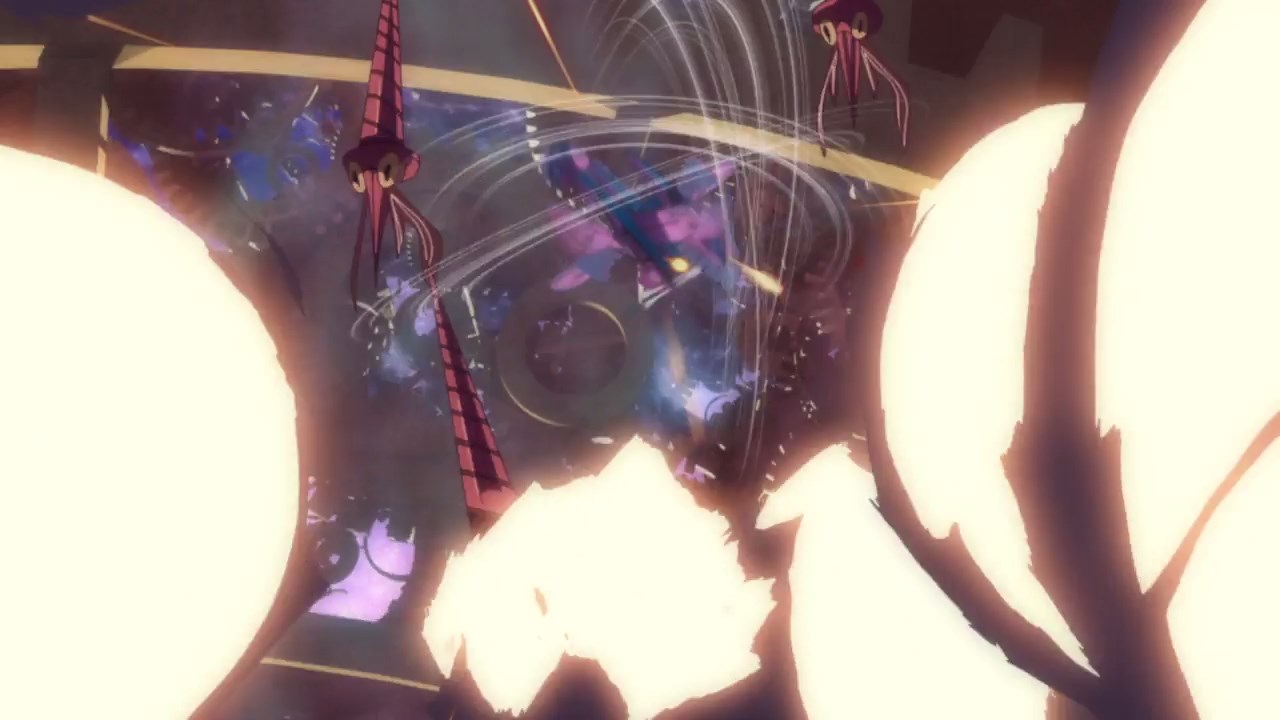 And here’s the thing though as Sonoka pulled a crazy Death Blossom stunt where she spins her Hero Wing and shoots those Tertiaries without skipping a beat.

Glad that Sonoka got a hold of herself because and really, it’s all thanks to Yayoi-san for encouraging her to fly again without worries. 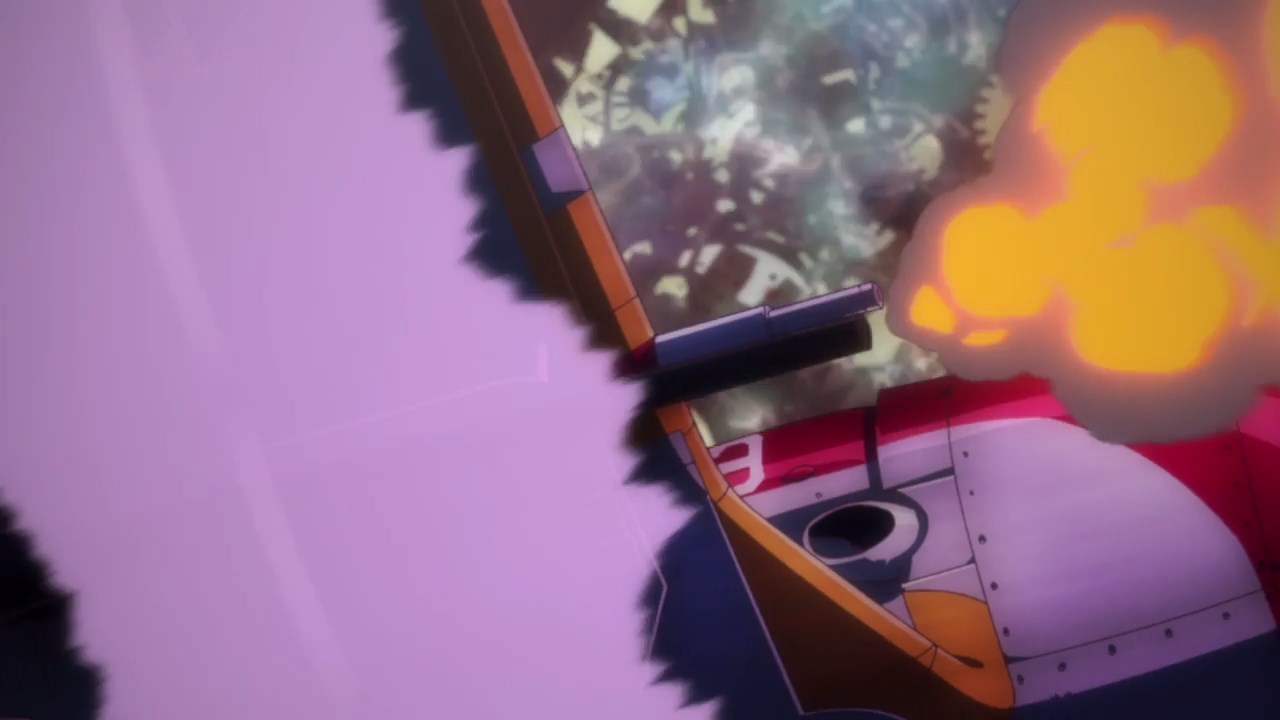 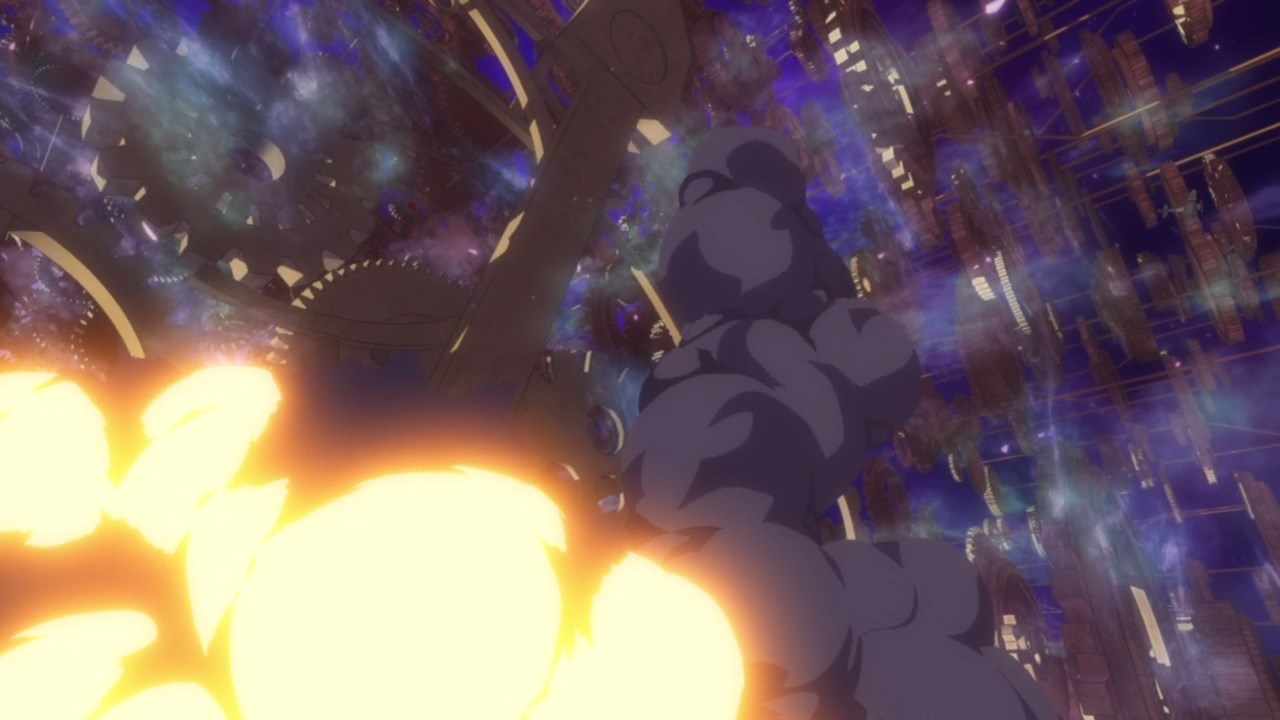 Anyways, it’s time to destroy the Pillar as Miyako Muguruma shoot down the clock so that the enemy won’t rewind time and heal its wounds. Now all it’s left to do is to destroy the core. 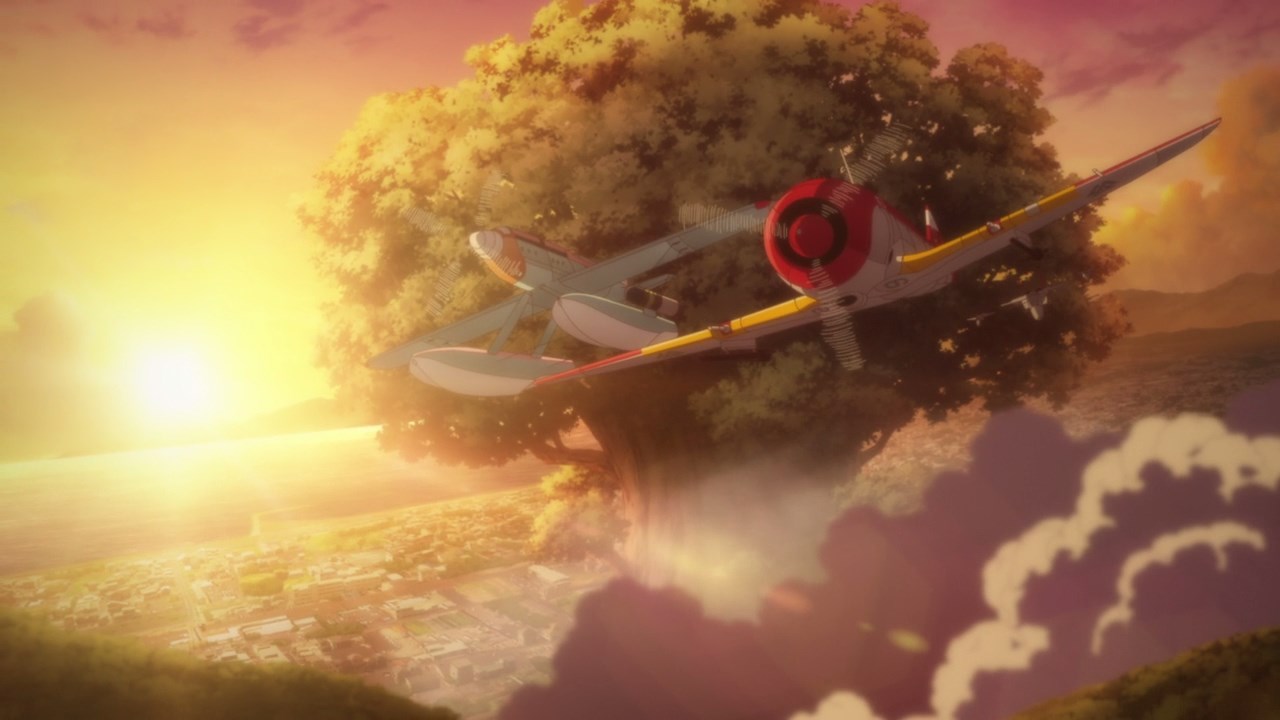 And so, the Secondary Pillar is destroyed as Miyako Muguruma and her teammates successfully retake the Tateyama Air Base. 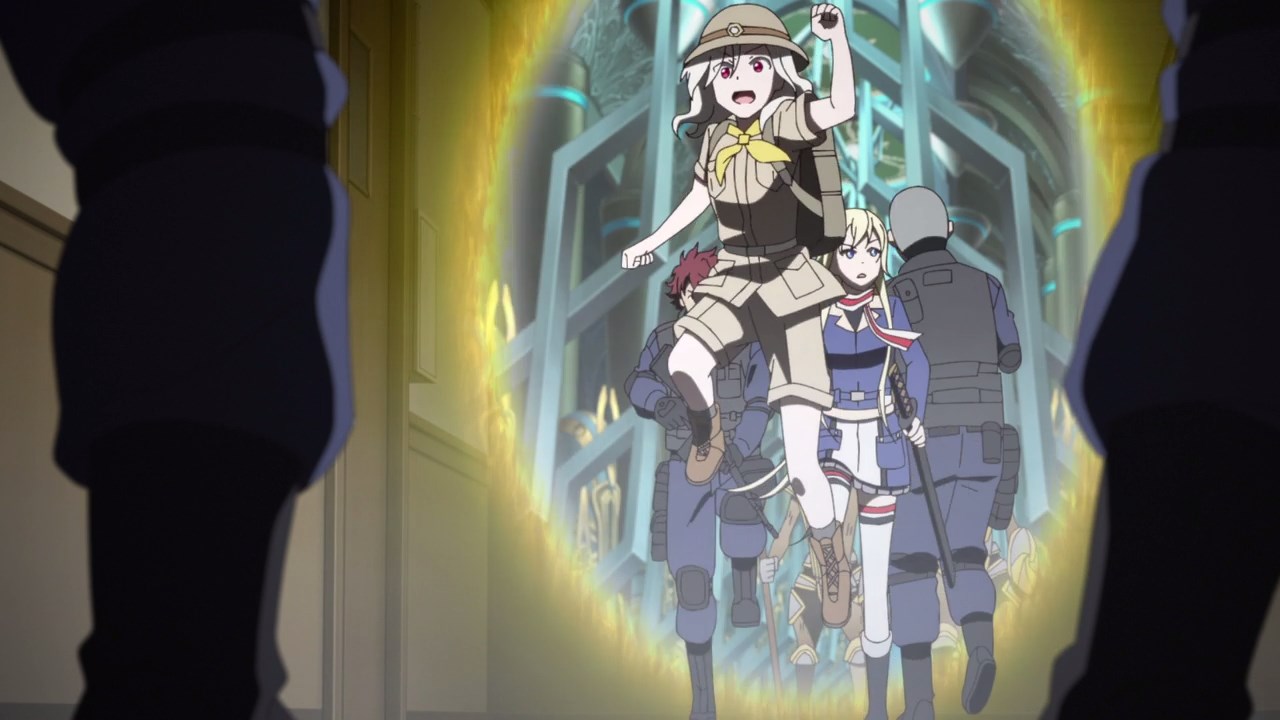 Oh yeah, and the exploration team managed to return to Japan after exploring Asgard. Still, I’m hoping that they found something significant. 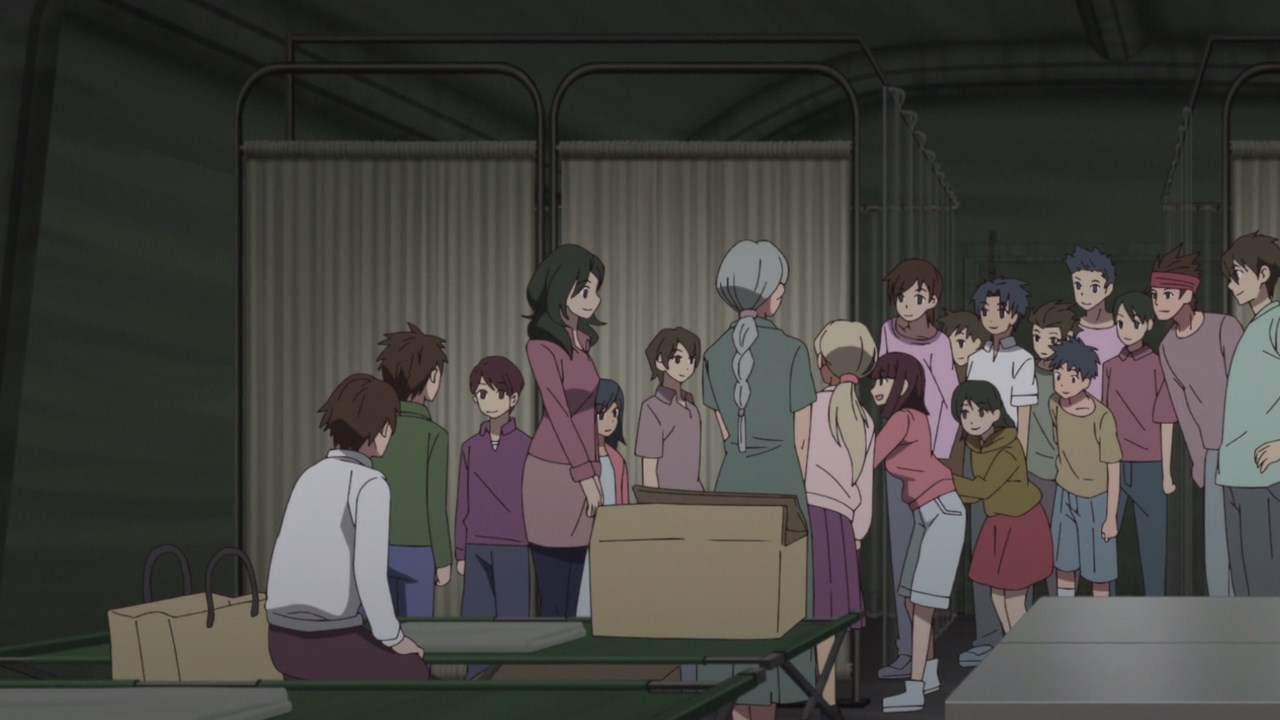 Finally, it appears that the lady managed to give birth to her baby. Unfortunately, A-1 Pictures is so lazy to show the child so enjoy this crowd shot right here. 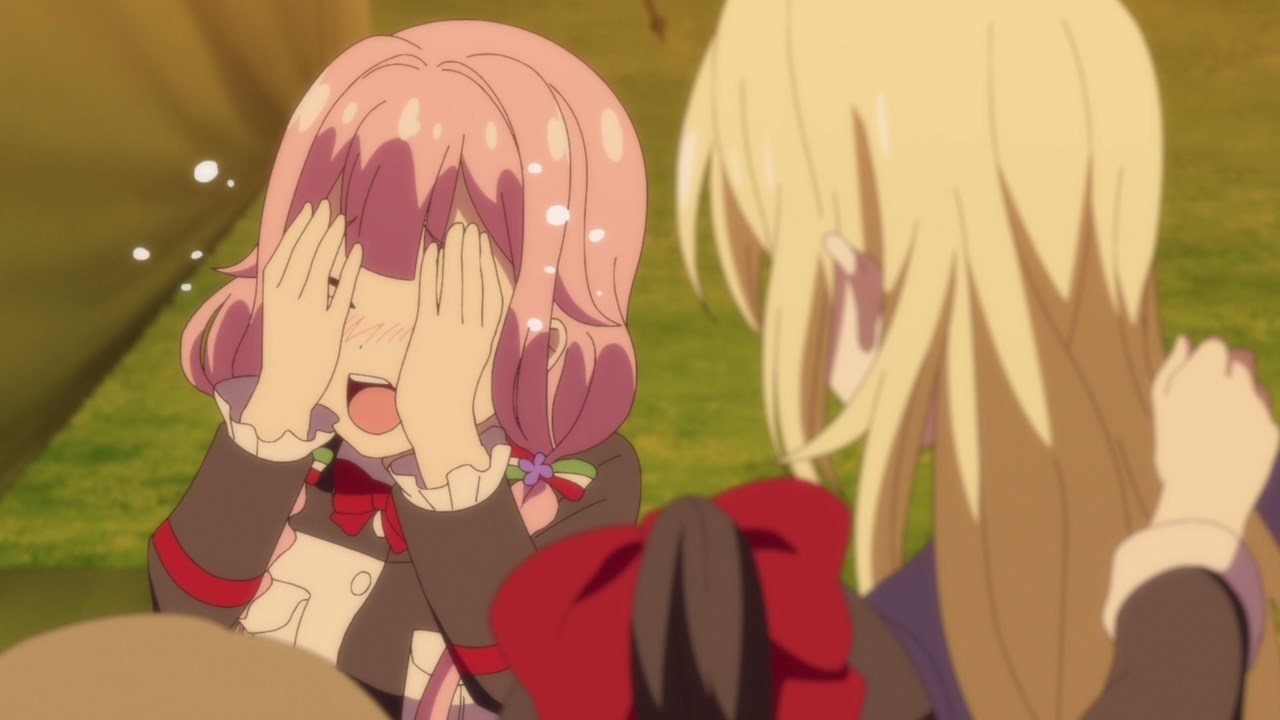 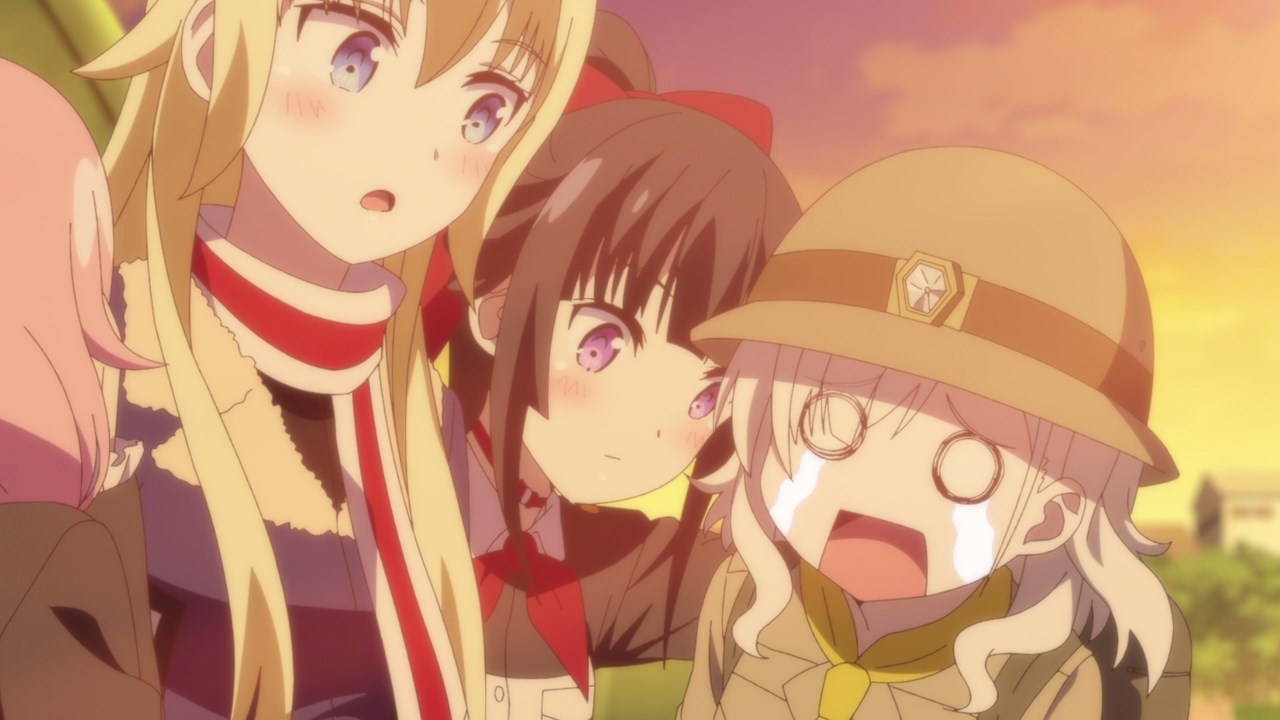 In any case, looks like the Valkyrie Squadron felt a sigh of relief that they not only survived, but also got their air base back as they cried with joy.

Then again, I’ll never forget that man who sacrifice his life to save the exploration team. I hope that his soul is safe in Valhalla! 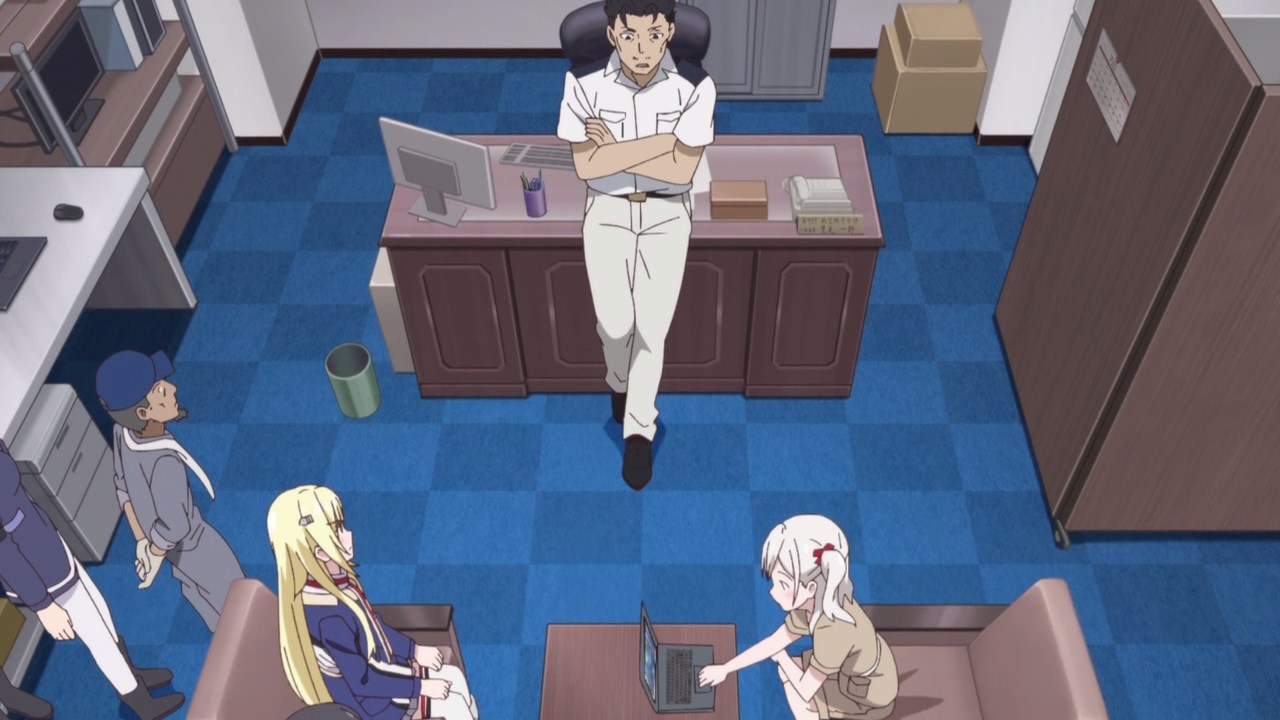 Now that they got their base back, it’s time to know what they find inside Asgard. Then again, they only find murals of Norse gods as well as runes that it’s yet to be decrypted. 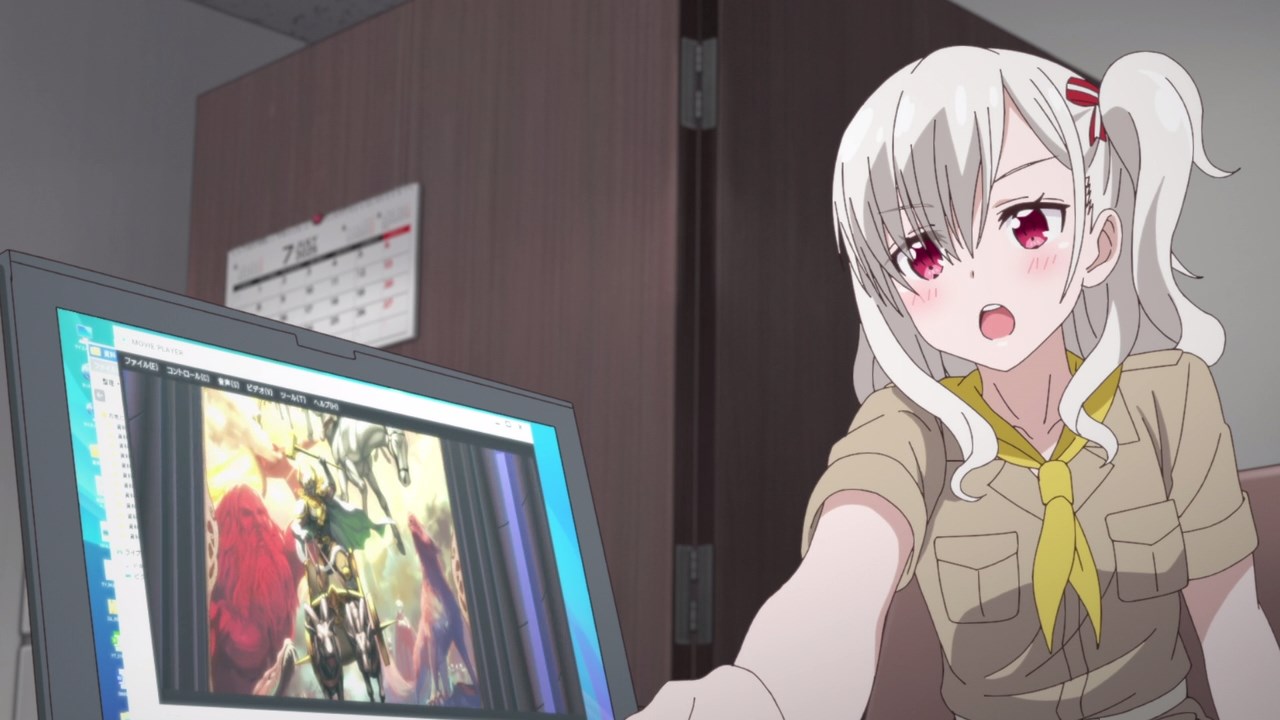 But, it appears that the resident genius Azuzu Komagome figure it out that the murals and the runes depict the rise and fall of the Norse gods, culminating in a climatic event called Ragnarök where the likes of Odin have perished.

However, the thing is that Ragnarök already happened and there’s no need to experience it again, especially in modern times. But thanks to the Pillars’ appearance, I think that someone wants to recreate Ragnarök again. And do you know who wants to bring that climatic event to modern times? 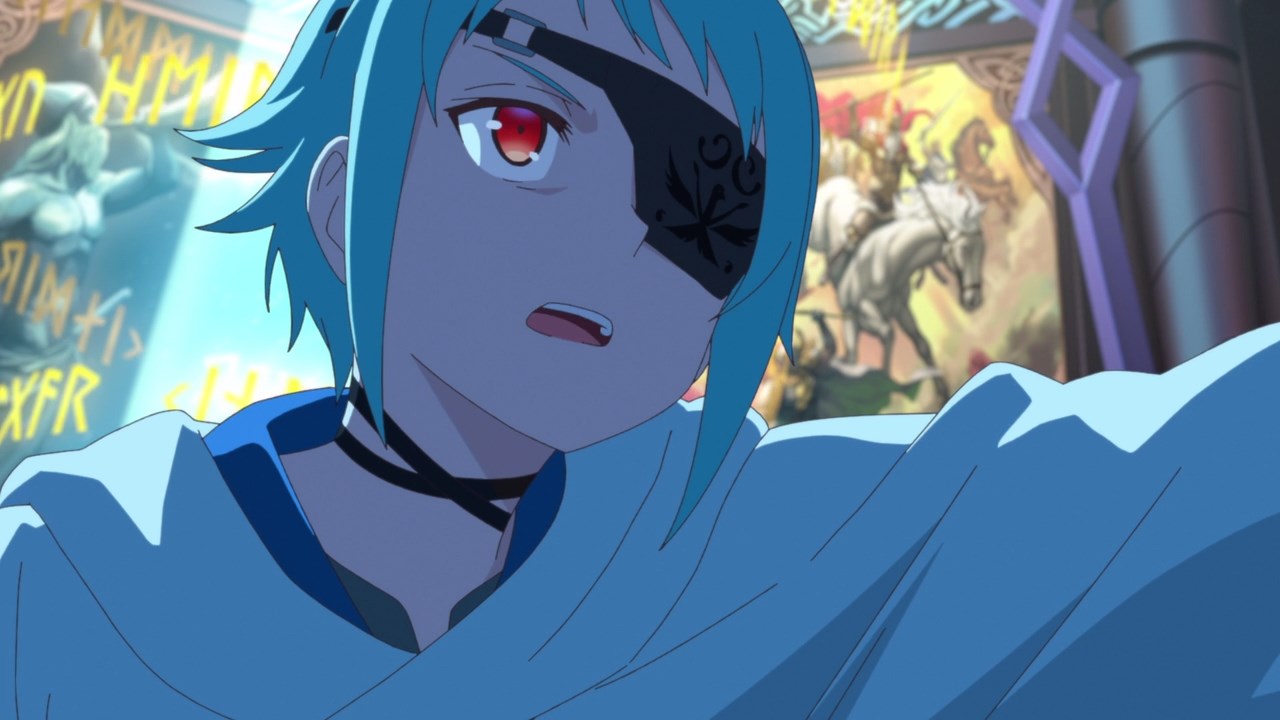 Why it’s none other than Odin where he refused to acknowledge that Ragnarök already happened, therefore he’ll do it again with the help of the Pillars. Looks like the main villain has finally showed himself.

Anyways, seems that Claudia Bruford and the rest will have to stop Odin once and for all as this Norse god is getting a bit crazy with Ragnarök. With that said, tune in next time!