Hey everyone, here’s Akira Hino where she’s actually living in a big mansion.

Oh yeah, looks like she has a decent bust size but anyways, Akira Hino took Taeko Nagafuji to her mansion because she’s very lonely without her friend.

Oh and speaking of Taeko Nagafuji, looks like she wants Hino to fondle her breasts because she wants to get closer to her childhood friend. Wow, that was a bold move coming from Nagafuji! 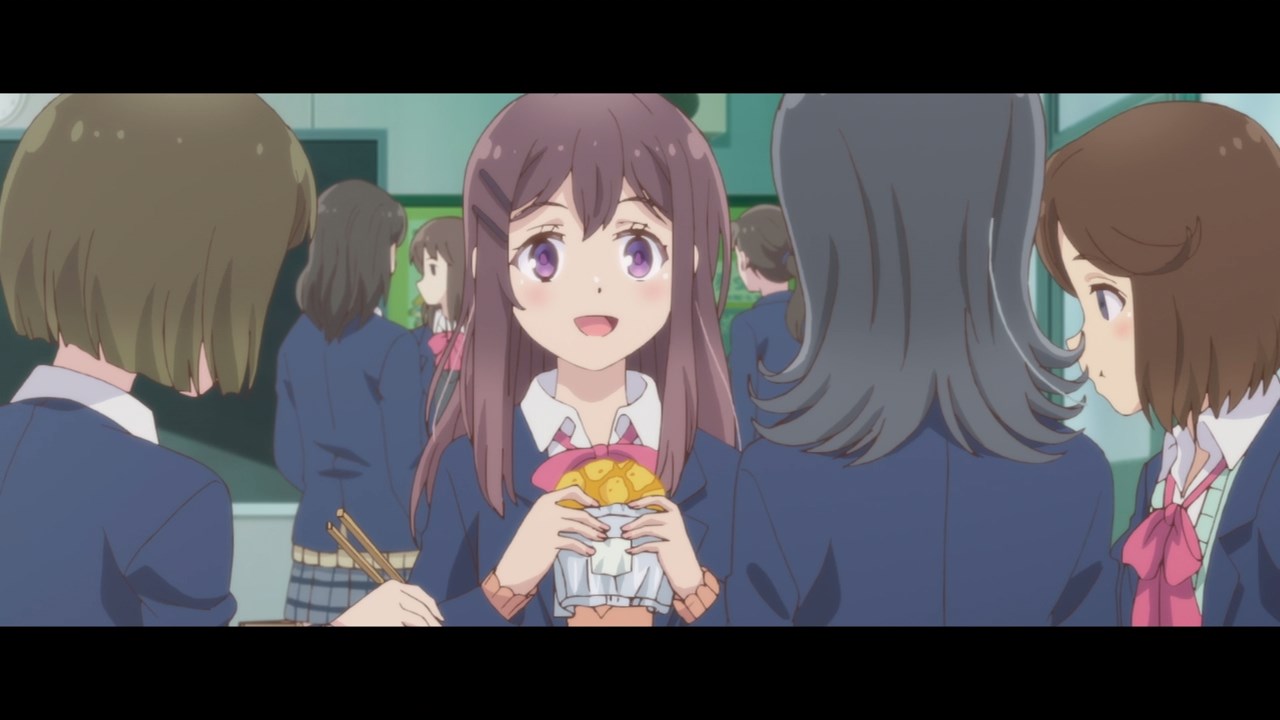 Meanwhile, let’s talk about this new character, shall we? But wait, you thought that she’s a new character but she’s actually Hougetsu Shimamura where she’s sporting natural brunette hair.

Oh and it turns out that Shimamura is getting a bit popular towards her classmates, although she doesn’t care about their conversation because Shimamura only cares about Adachi. 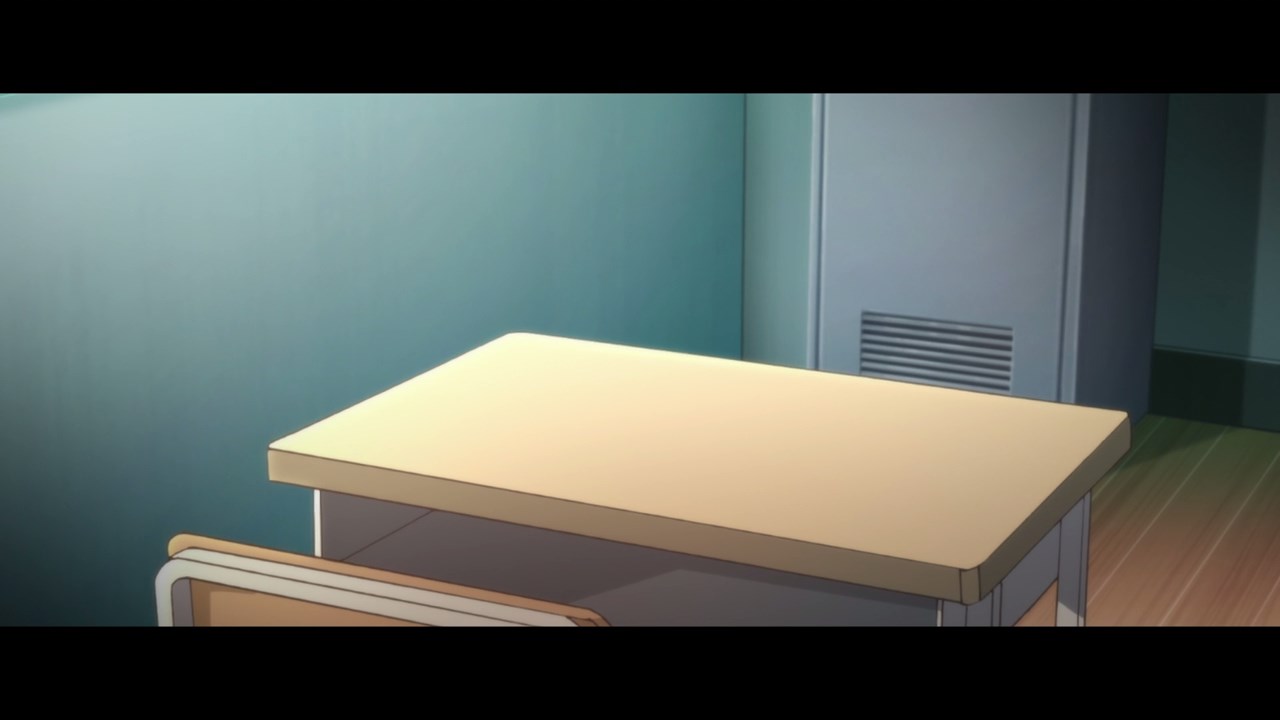 But speaking of Sakura Adachi, it appears that she didn’t come to school because Adachi is somewhat getting jealous that Shimamura is being surrounded by strangers. 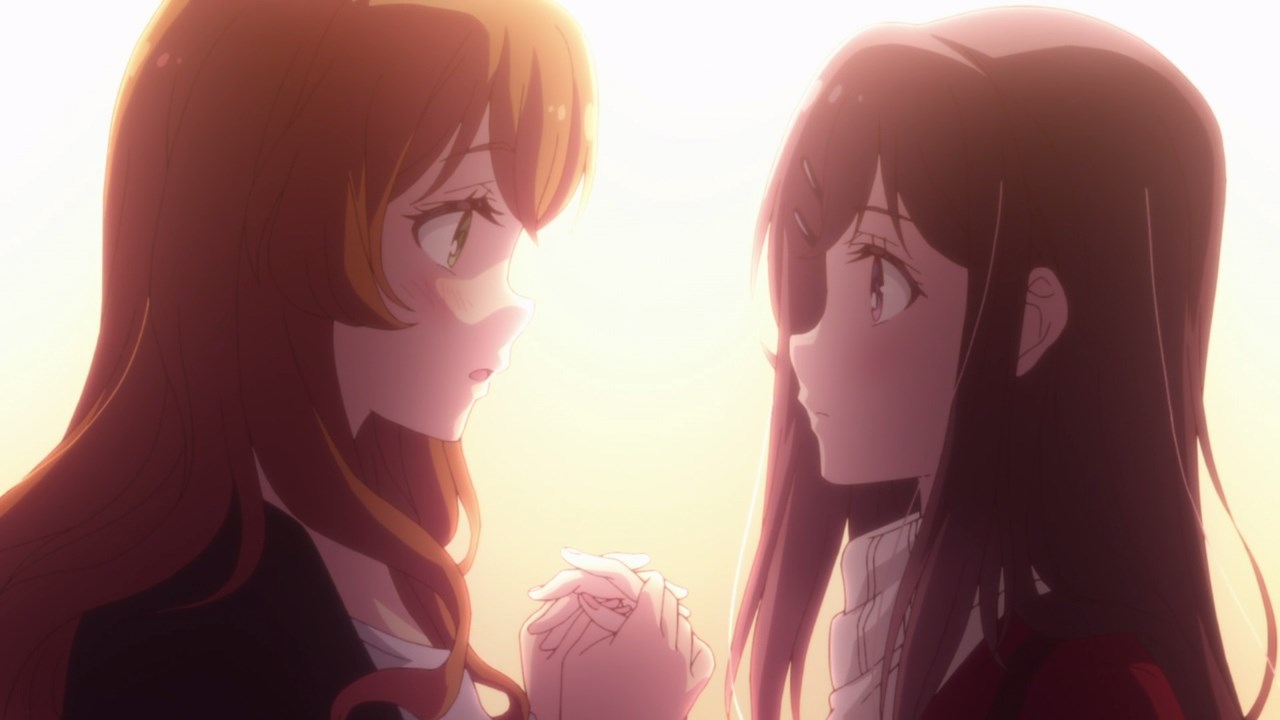 Oh and let’s not forget about Tarumi where she wants to reconnect with her long-lost friend. Man, I feel bad towards Adachi ’cause she’s scared of losing Shimamura. 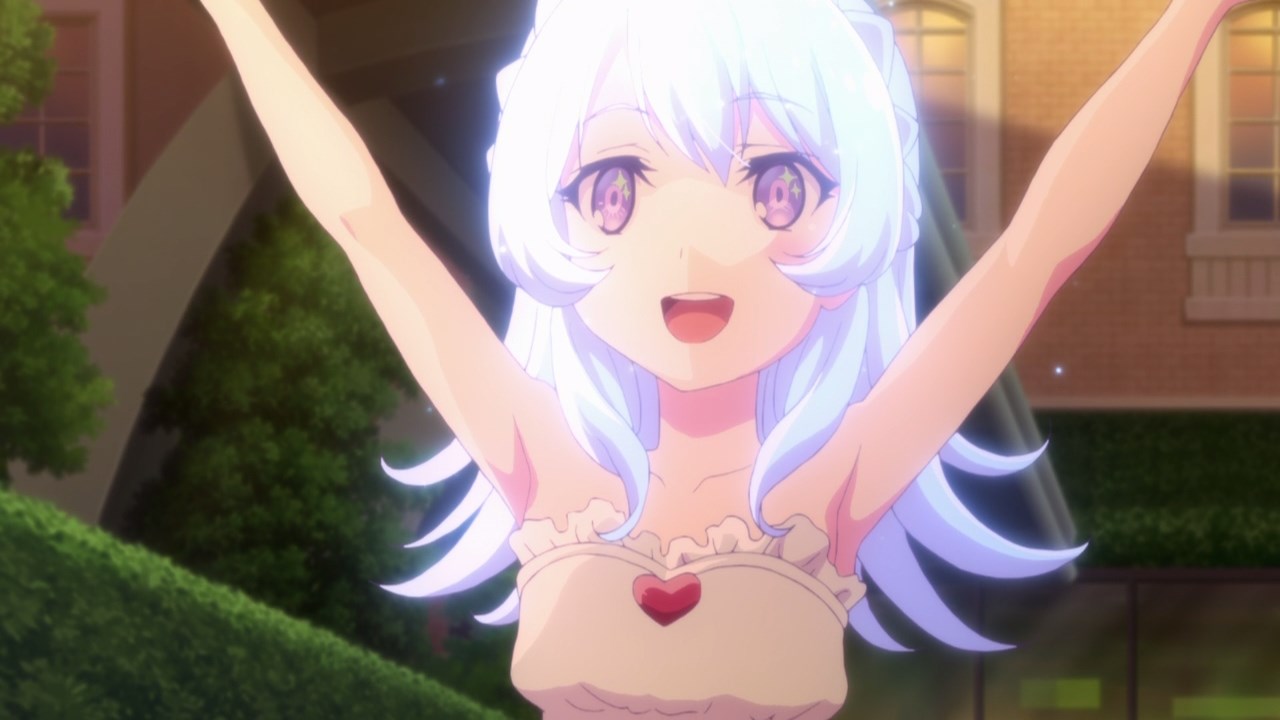 Fortunately, there’s Yashiro Chikama where she appeared to block Tarumi’s advances. Even though she’s a bit annoying that this child forgot her main objective, glad that Chikama came to rescue Shimamura. 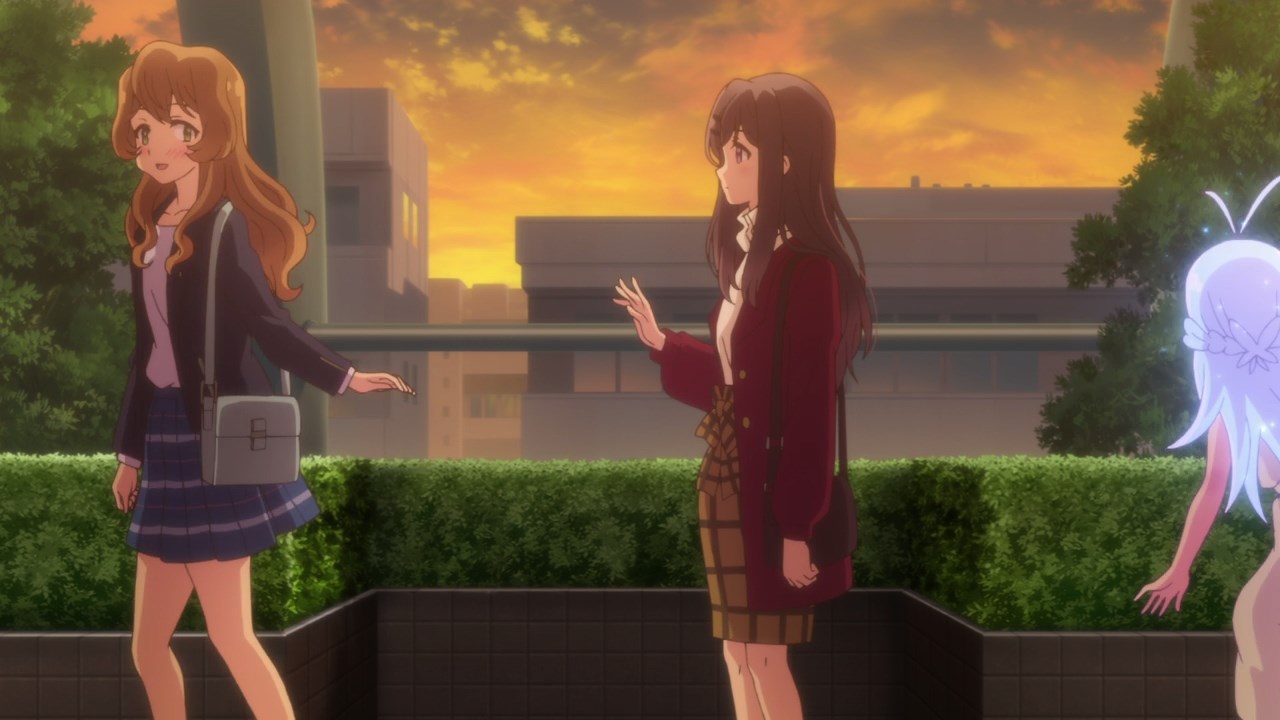 As for Tarumi, looks like it’s time for her to go. Sorry Tarumi, but Sakura Adachi wants to be with Hougetsu Shimamura forever!

Still, I wish Adachi return to school ’cause Adachi felt lonely without her around. 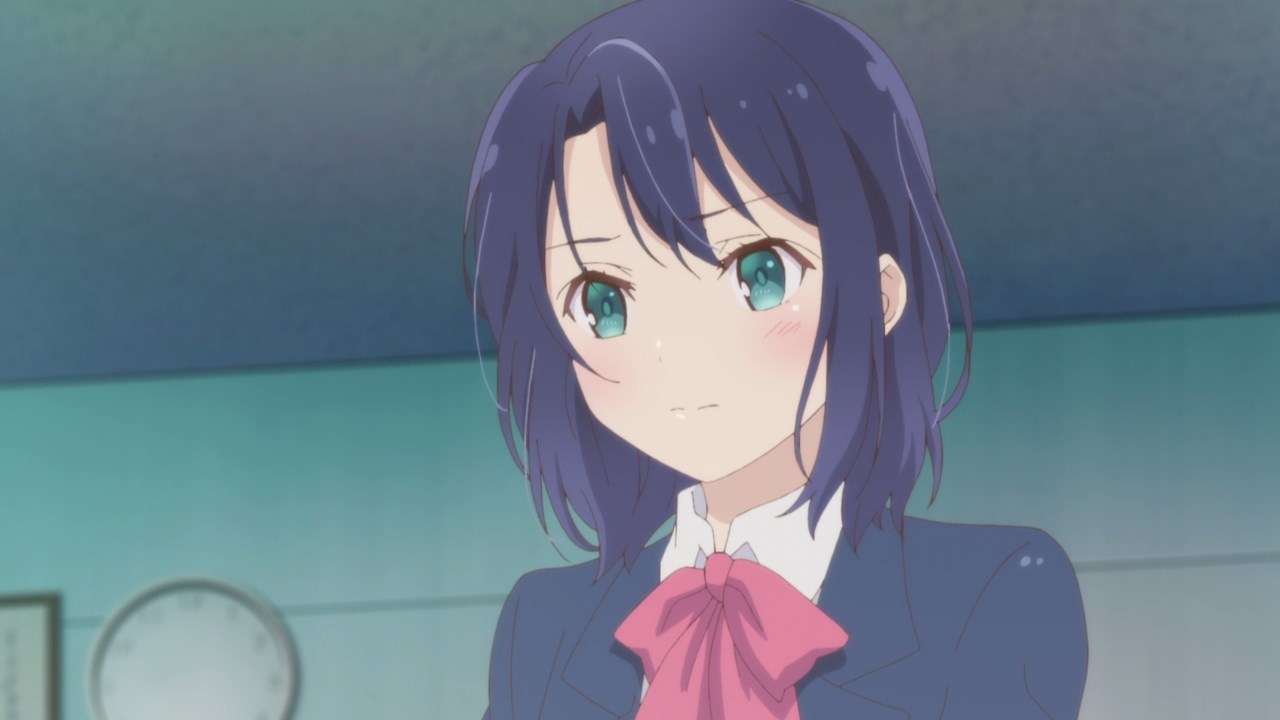 Well, turns out that Adachi is back where she has the guts to talk to Shimamura. Glad that you muster the courage to take your friend! 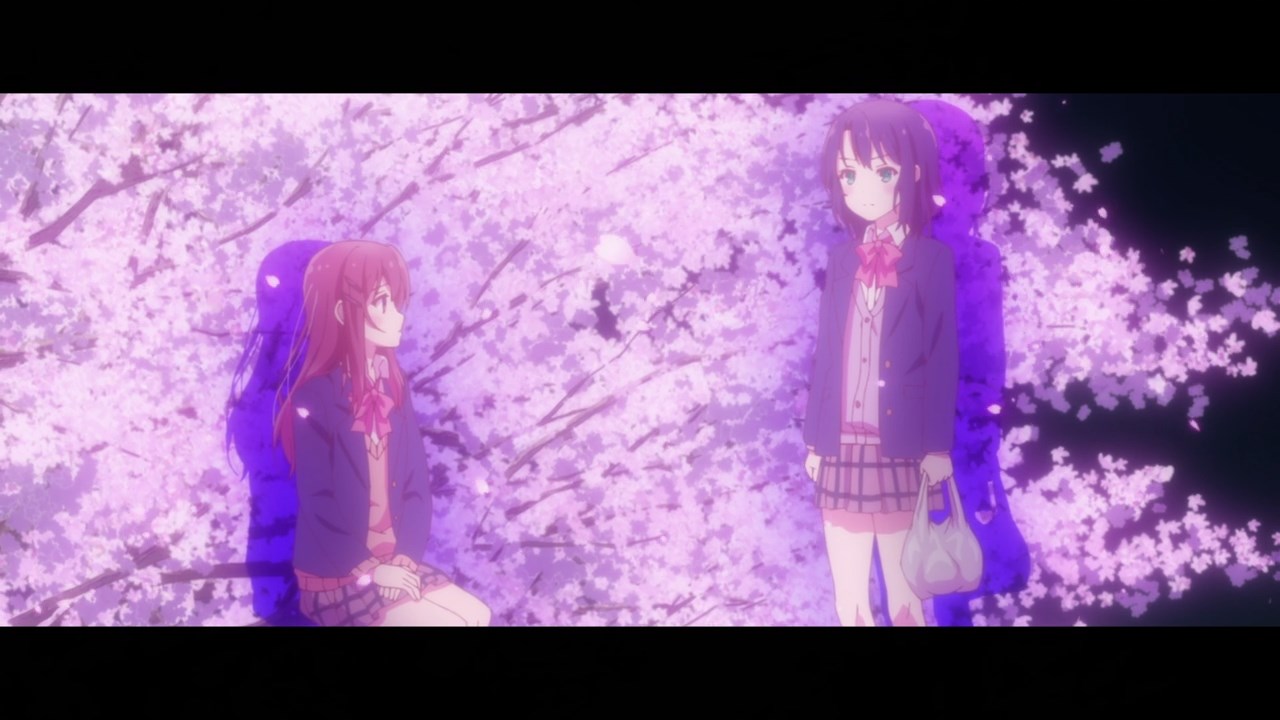 Of course, there’s still 2 more episodes to go and there’s no indication on whether their relationship will have an upgrade or not.

Anyways, I hope that won’t be some drama between these two girls on the next episode. I mean, I’m scared of having their relationship drifting apart.