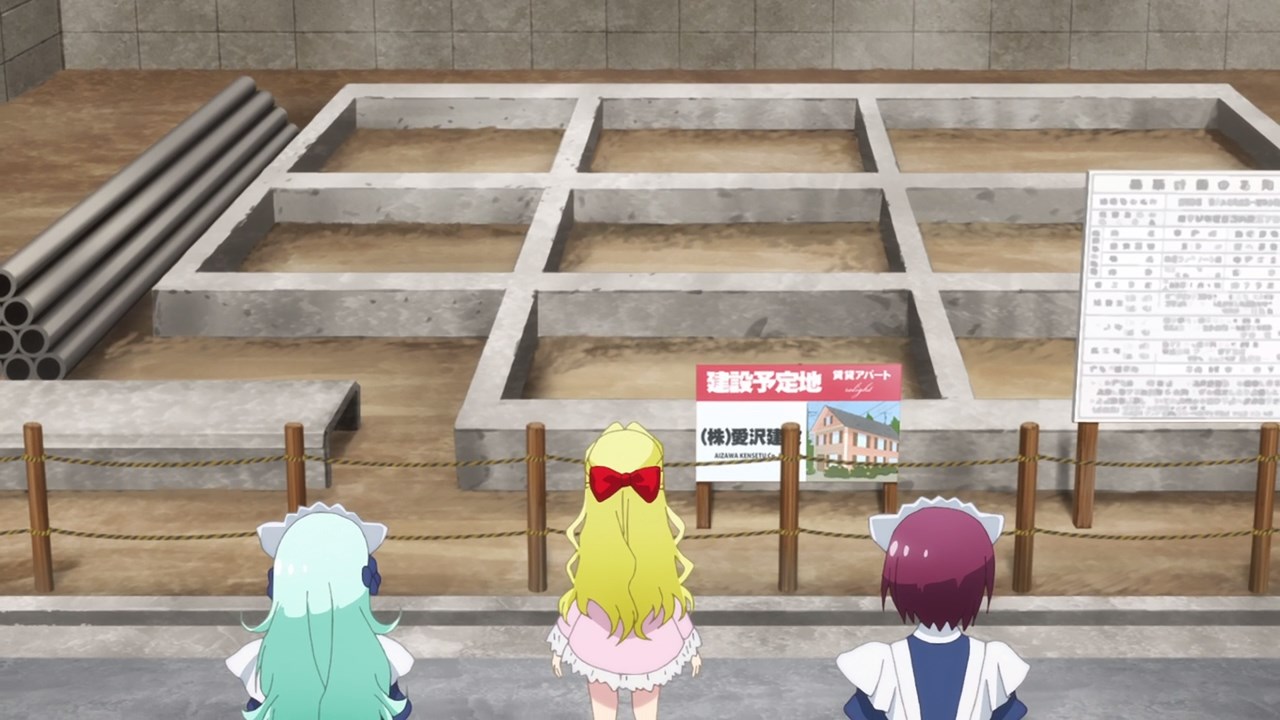 Looks like Chitose Kaginoji and her two maids have arrived at the site where Tachibana Apartments was once stood there. Too bad that the fire burned everything in sight. 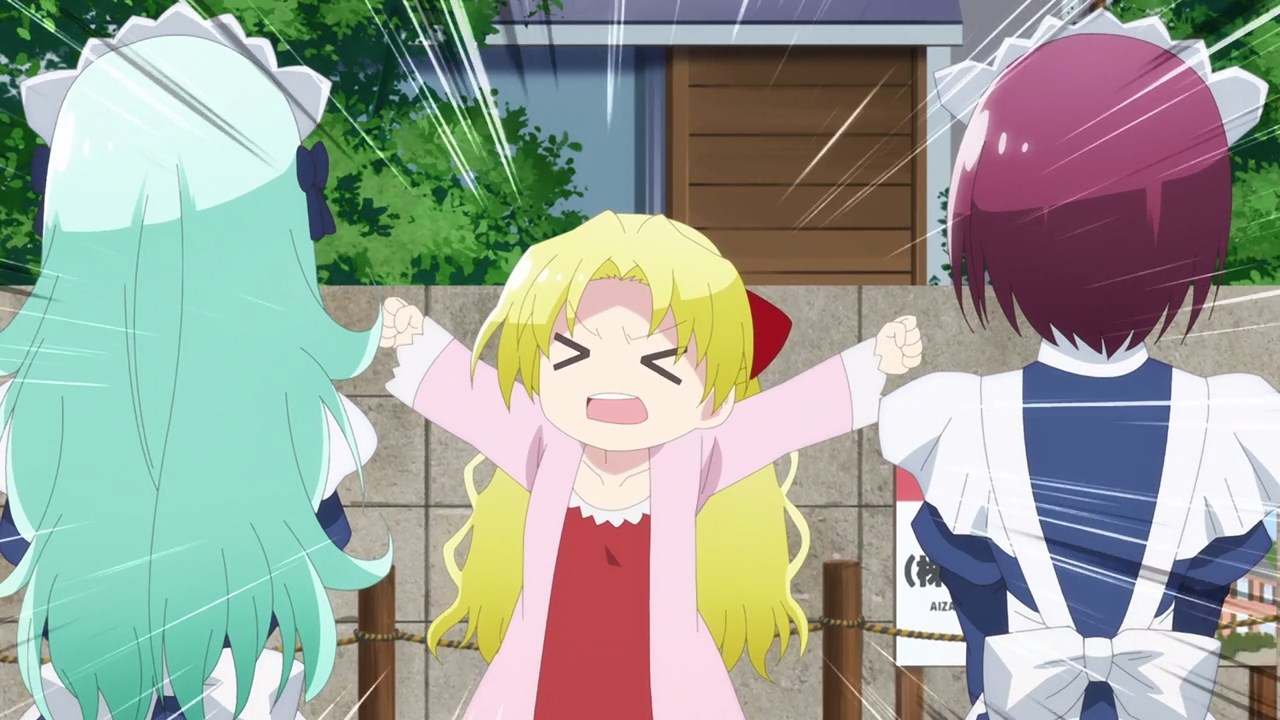 For Chitose, she’s angry that Tsukasa Tsukuyomi isn’t there as she orders her maids to find her at once. Of course, Tsukasa-chan will just keep hiding from her no matter what. 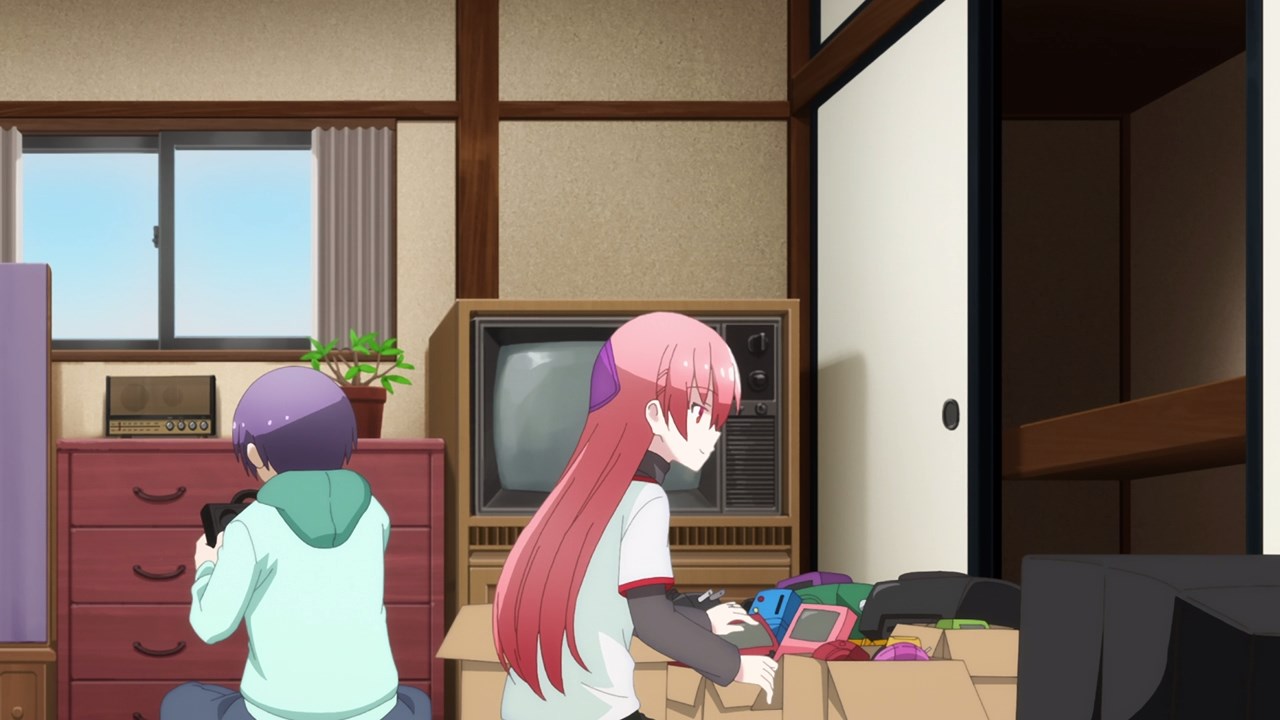 Meanwhile, here’s Tsukasa-chan where she found a treasure trove of classic video game consoles like the Famicon and the Dreamcast.

Oh and as for Nasa-kun, he found a takoyaki grill. Sounds like there will be a takoyaki party later on this episode! 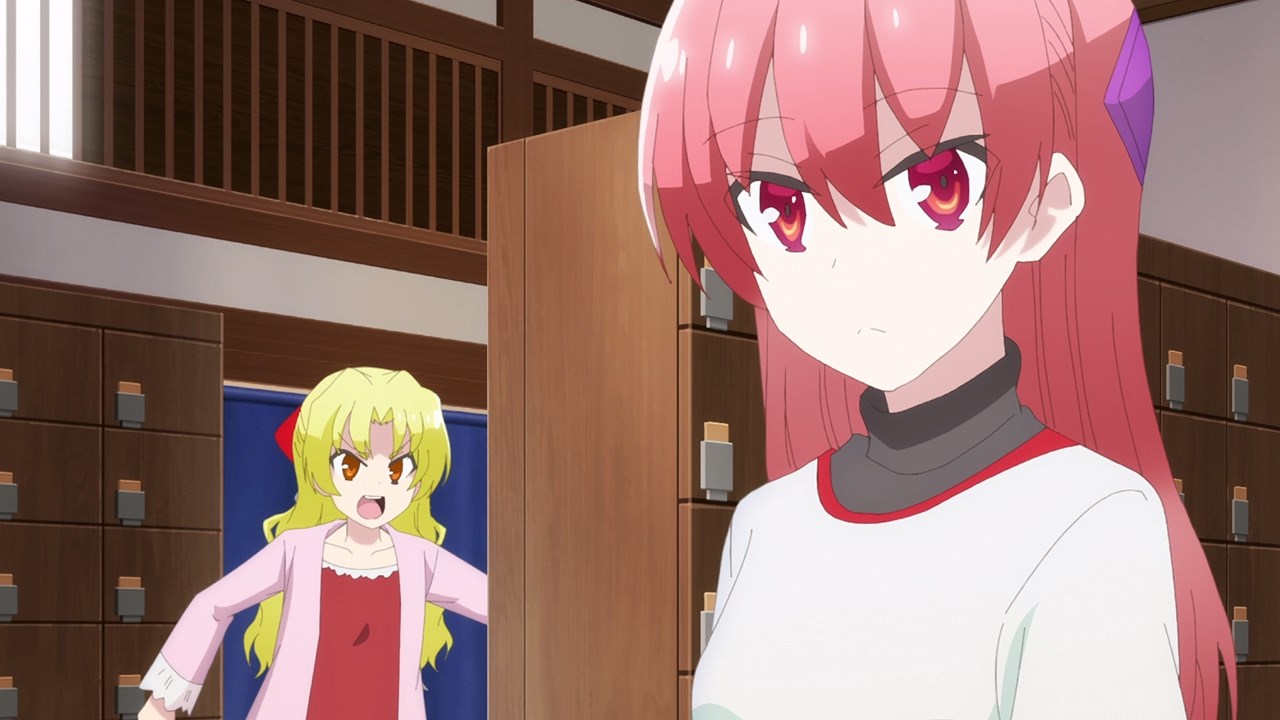 Now then, looks like Chitose Kaginoji managed to find Tsukasa Tsukuyomi by chance as Chitose told Tsukasa to come back to her mansion. But as always, she refused to give into Kaginoji’s demands. 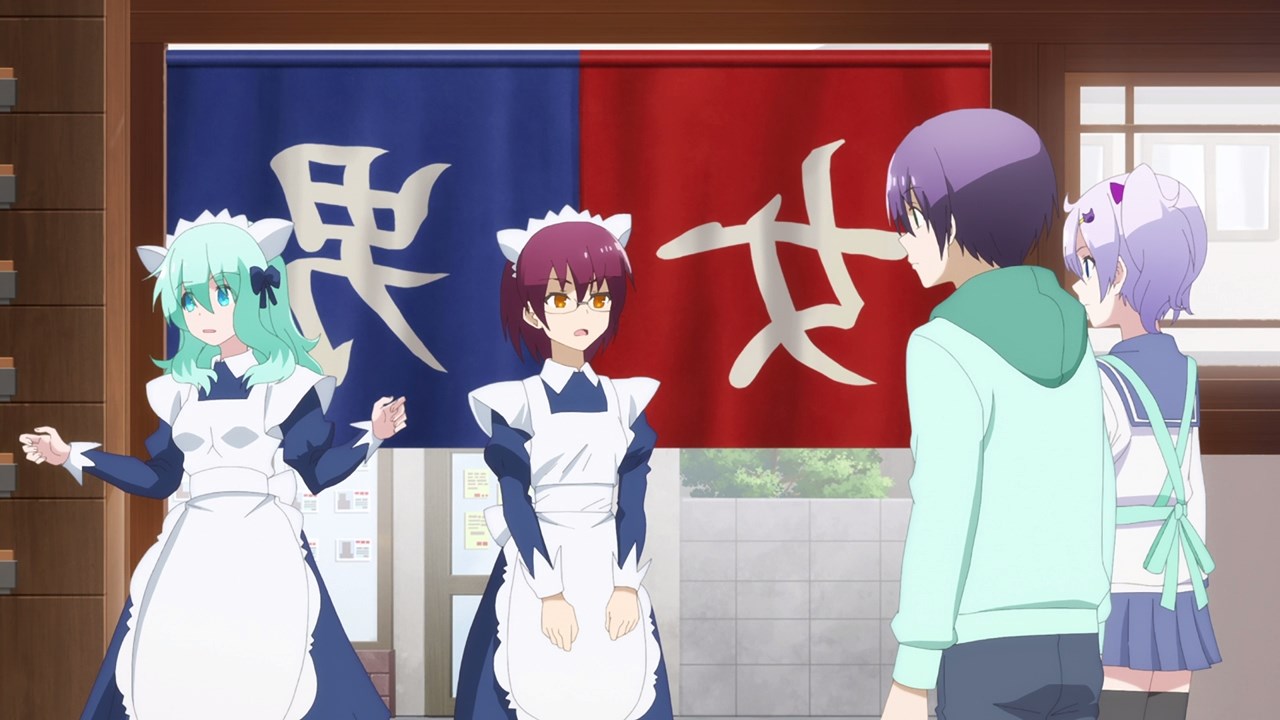 Oh, and here’s Aurora and Charlotte where they decided to take a dip at the Arisugawa bathhouse since they want to feel refreshed after a nice warm bath.

Of course, the maids want Chitose-sama to experience it too since she’s already inside the bathhouse.

Still, Chitose Kaginoji won’t give up on taking Tsukasa Tsukuyomi home but you know what, I think it’s time for her to relax a bit. 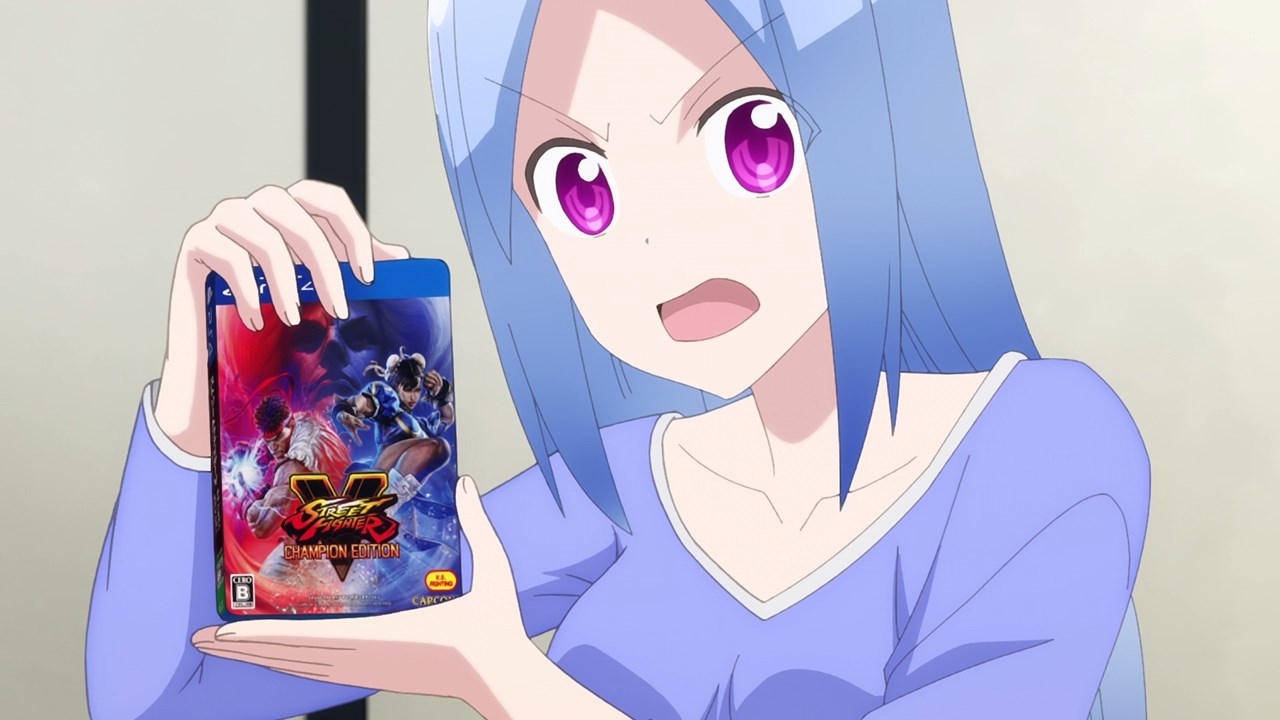 Okay, looks like Capcom wants every anime fan to play a game that was horrible at launch and it still can’t hold a candle against Street Fighter IV. 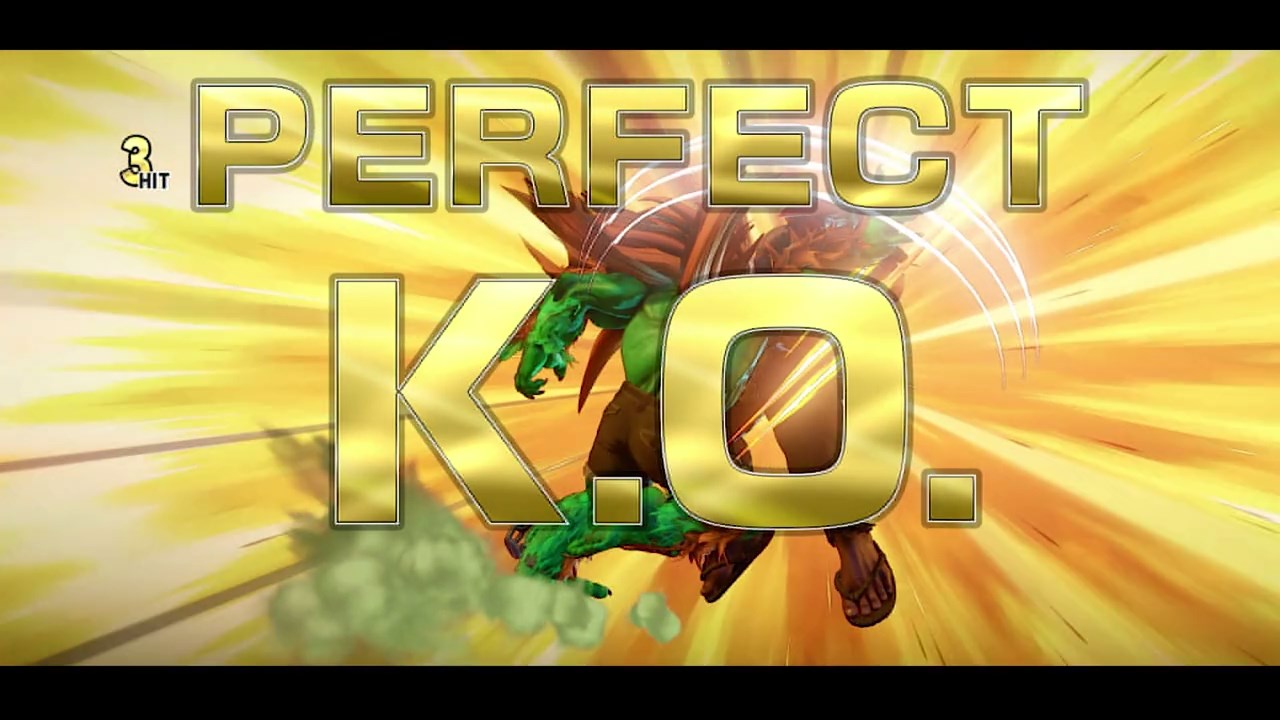 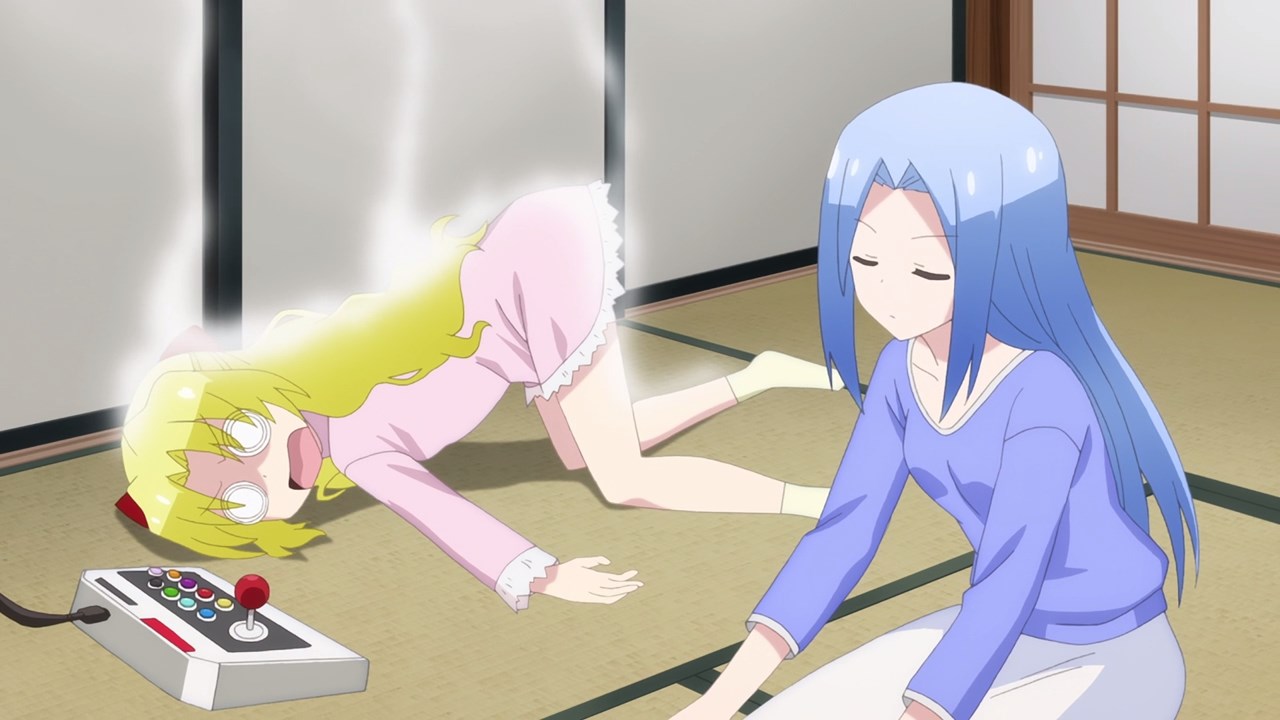 In any case, looks like Aya-chan demolished everyone where I have a feeling that she’s either got training from veteran players or she’s secretly a pro gamer herself.

By the way, Nasa Yuzaki is surprised that video games has gone so advanced in terms of graphics that the only games he played are Solitaire and Minesweeper. Oh Nasa-kun, you’ve missed a lot of things ever since you studied hard and took various part-time jobs in your lifetime. 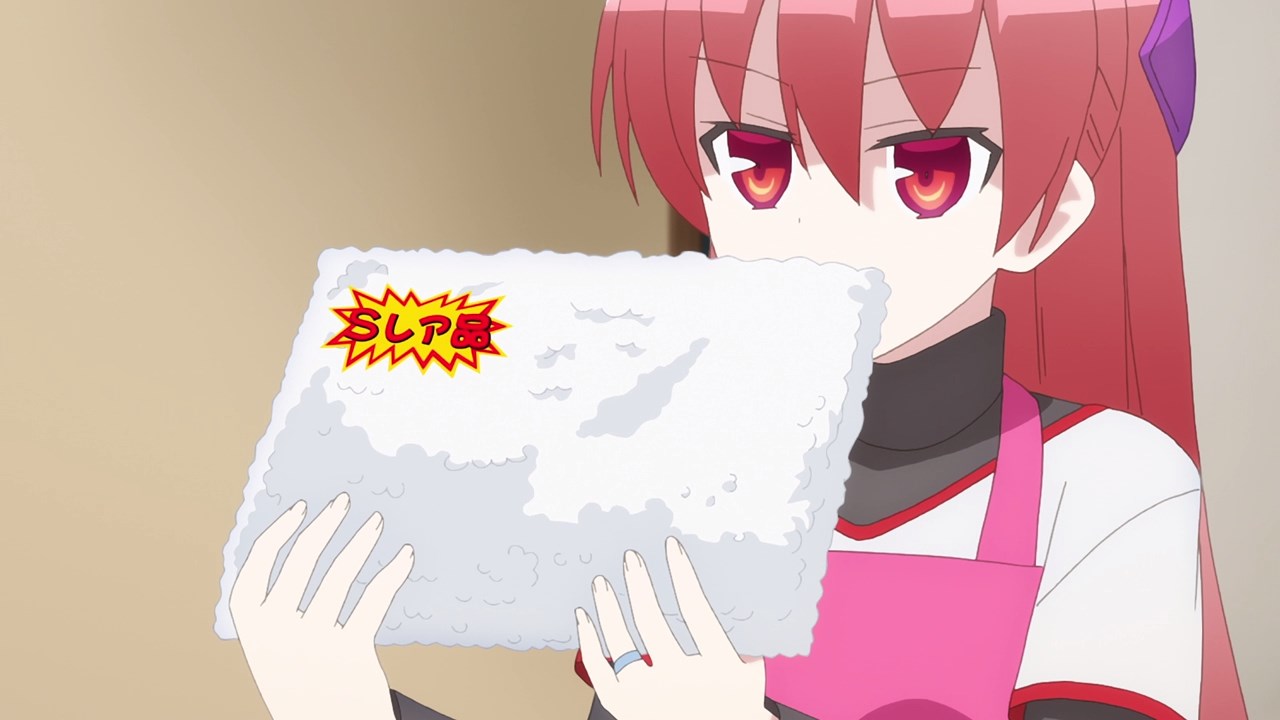 Not to be outdone, Tsukasa-chan brought a rare game where she challenged Aya to play it. Oh and you wanna know what that rare game is? 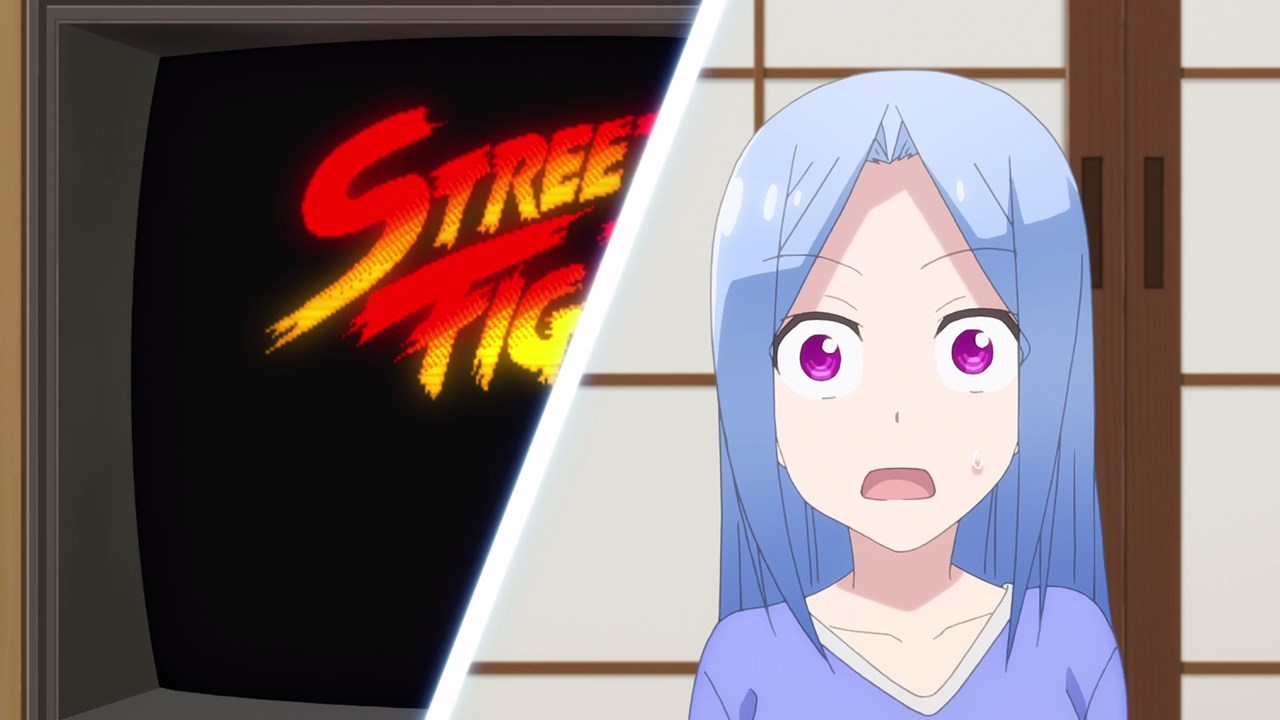 Well it’s none other than the original Street Fighter, complete with pressure-sensitive buttons where Nasa-kun replicate the controls using spare parts.

Oh my god, I have a feeling that it’s gonna be a trainwreck of a battle between Tsukasa Yuzaki and Aya Arisugawa as the game itself is a clunky mess. 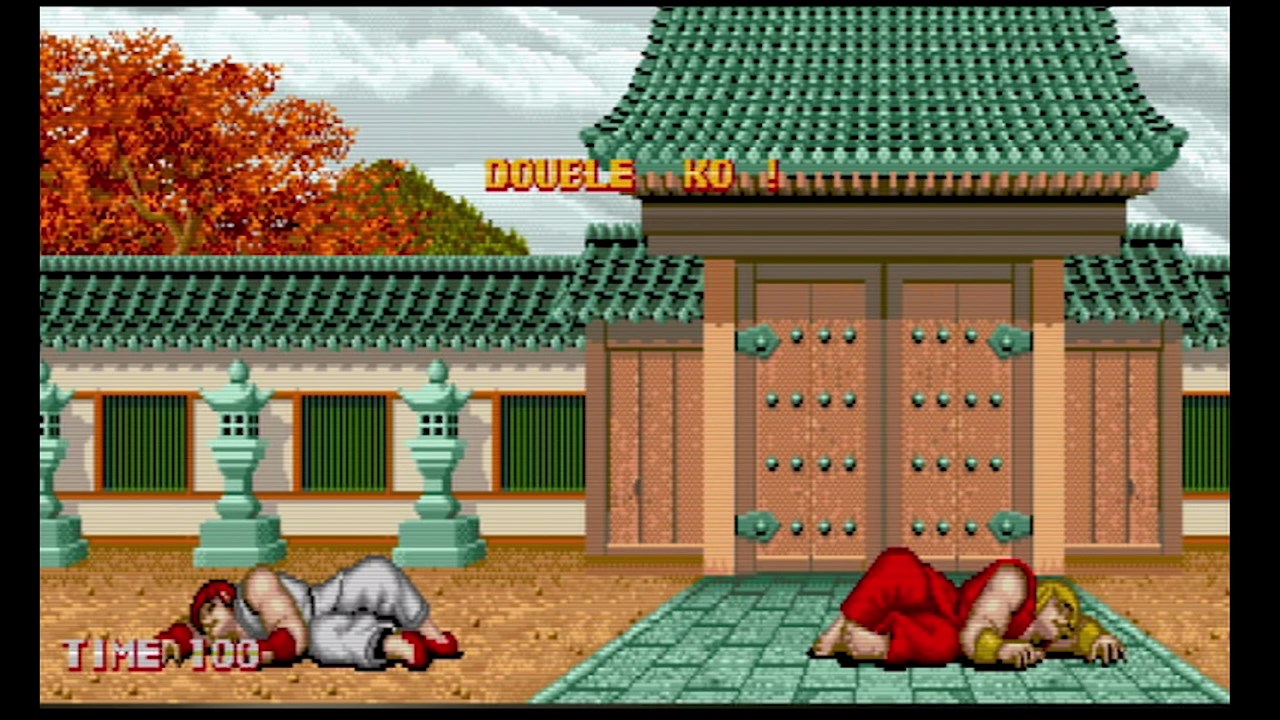 Anyways, the match between Tsukasa and Aya ended in a draw where they got a Double KO. Well, that’s what they get for playing a nearly-unplayable game like Street Fighter. 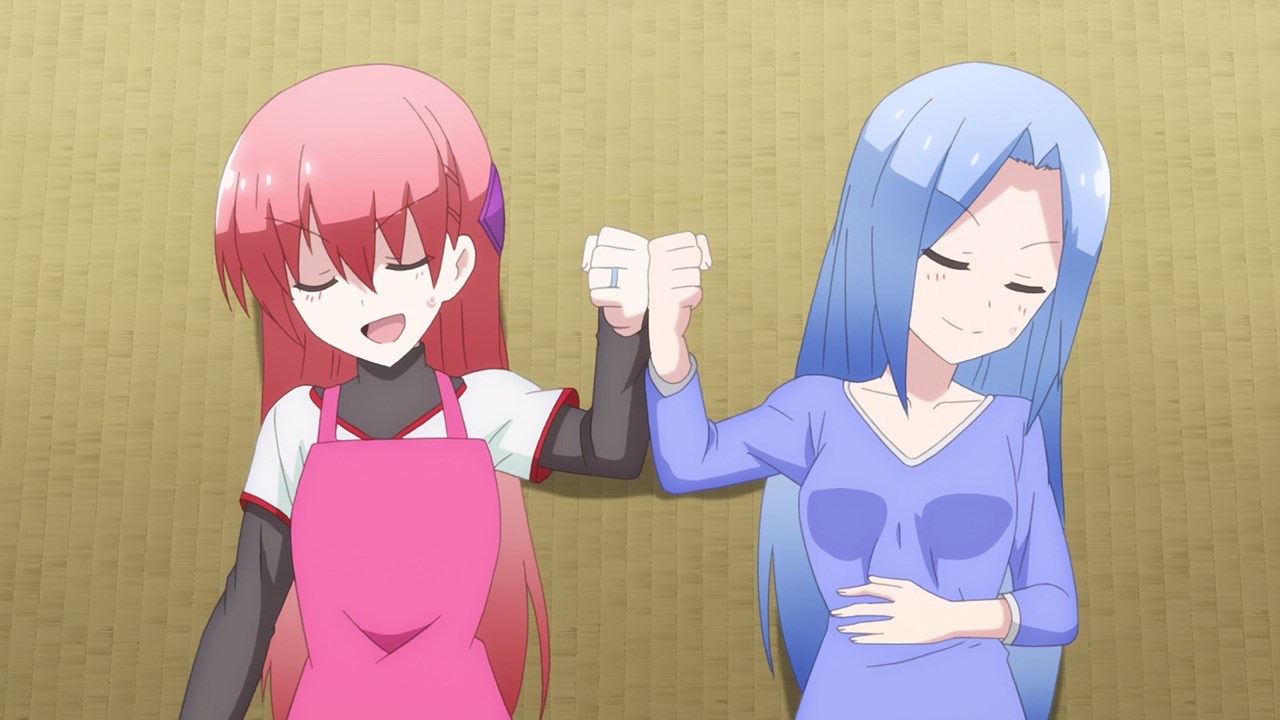 But still, it appears that Tsukasa found a worthy rival as she wants to challenge Aya again for another time. Well, that’s about it for their video game session. 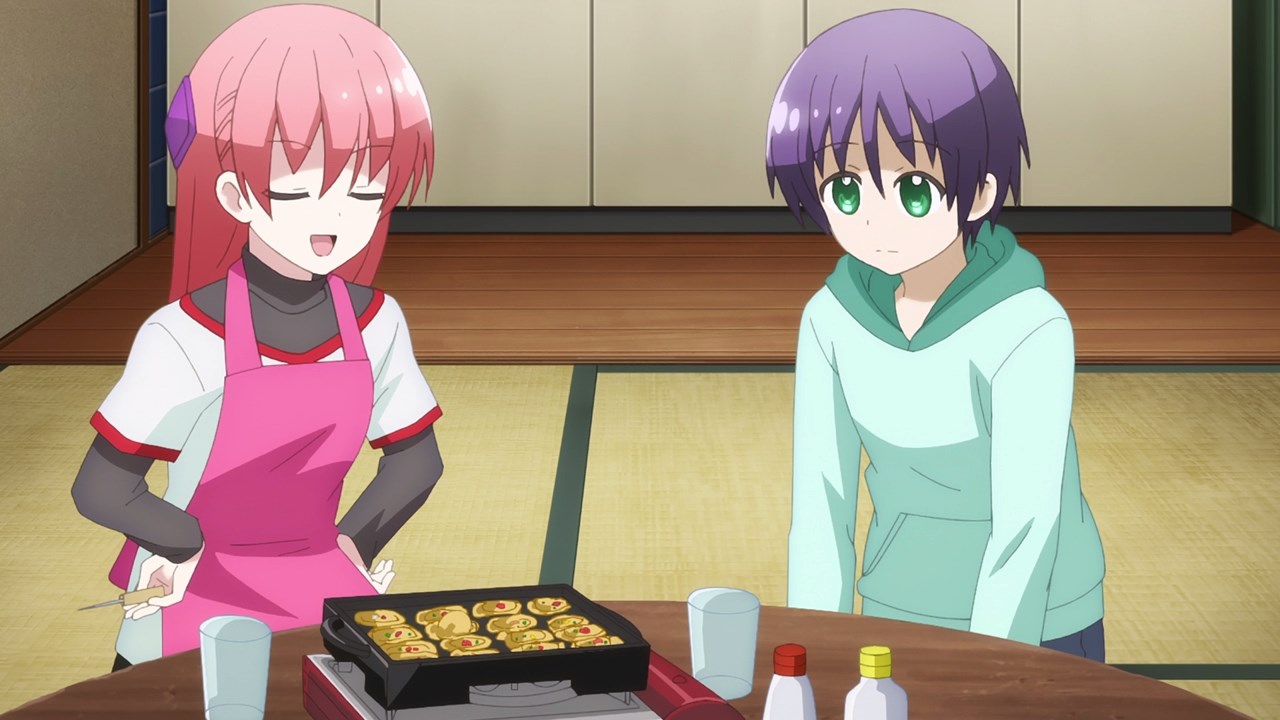 And now, it’s time to close this episode off with a takoyaki party. Gotta say that Tsukasa-chan cooked those takoyaki balls to perfection. 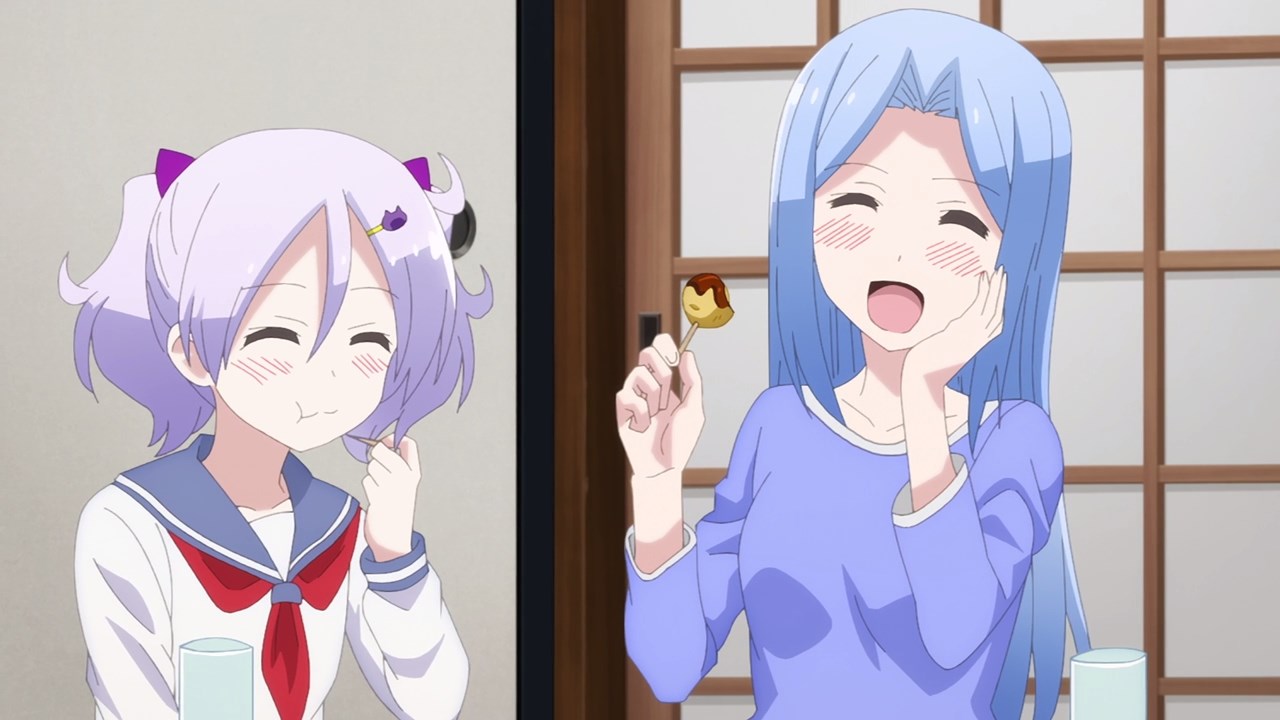 Also, the Arisugawa sisters are enjoying the takoyaki party. Then again, I’m hoping that Aya won’t steal Nasa away from Tsukasa because I think that she still have some romantic feelings for him. 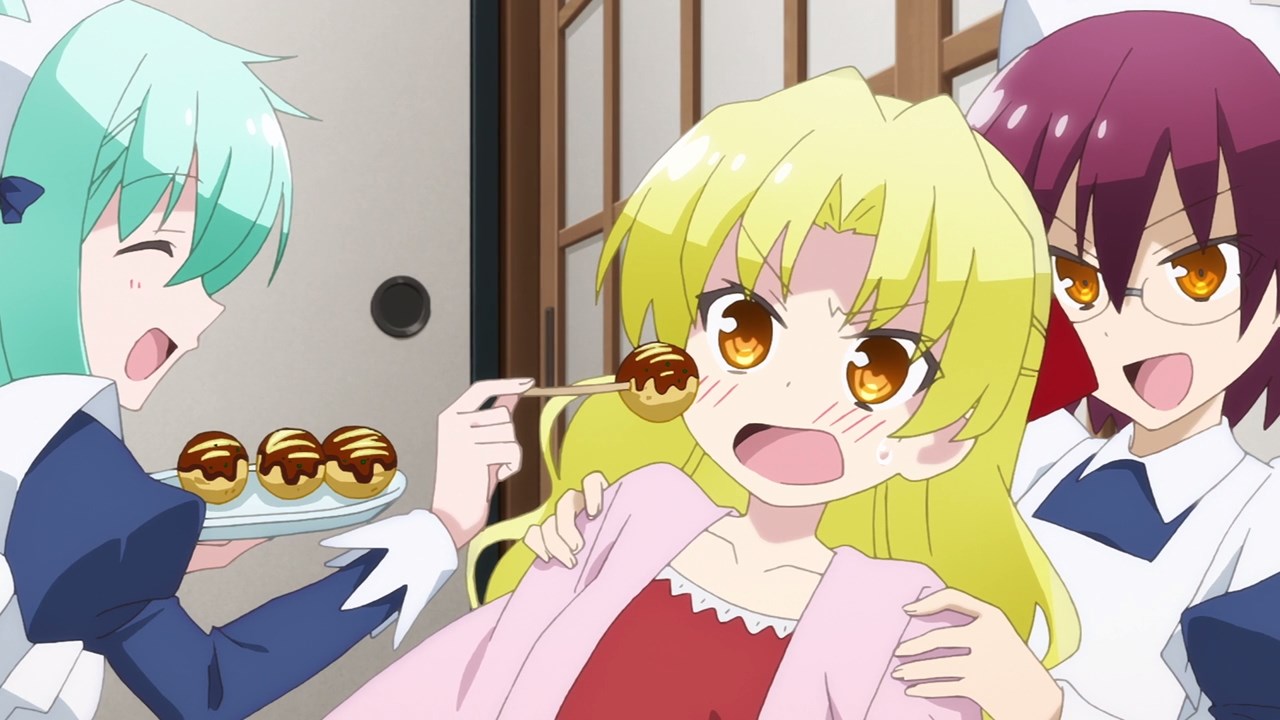 One last thing, here’s Chitose Kaginoji where she’s being fed by her maids with Tsukasa’s homemade takoyaki. You know something, I feel that she’s starting to accept Tsukasa’s marriage with Nasa-kun, but I doubt that because Chitose is acting like a tsundere character.

Anyways, that’s about it for this episode as the next one will be the last. Will there be drama on the finale? We’ll never know for sure but I’m hoping that their marriage will last for a lifetime!