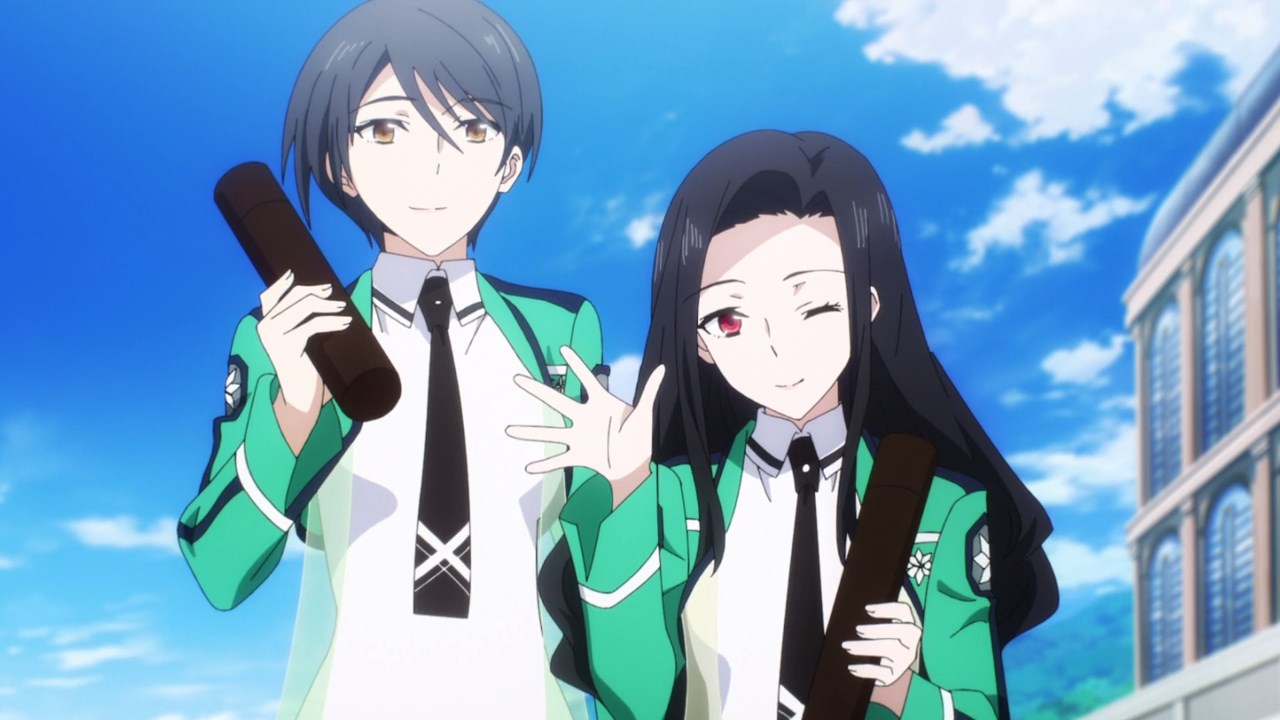 Well everyone, it’s graduation day in First High School where the likes of Mayumi Saegusa, Mari Watanabe, and Katsuto Juumonji have taken their diplomas and say farewell to their underclassmen.

While they’re still around albeit in a smaller role, I’m gonna miss Mayumi-sempai and the rest! 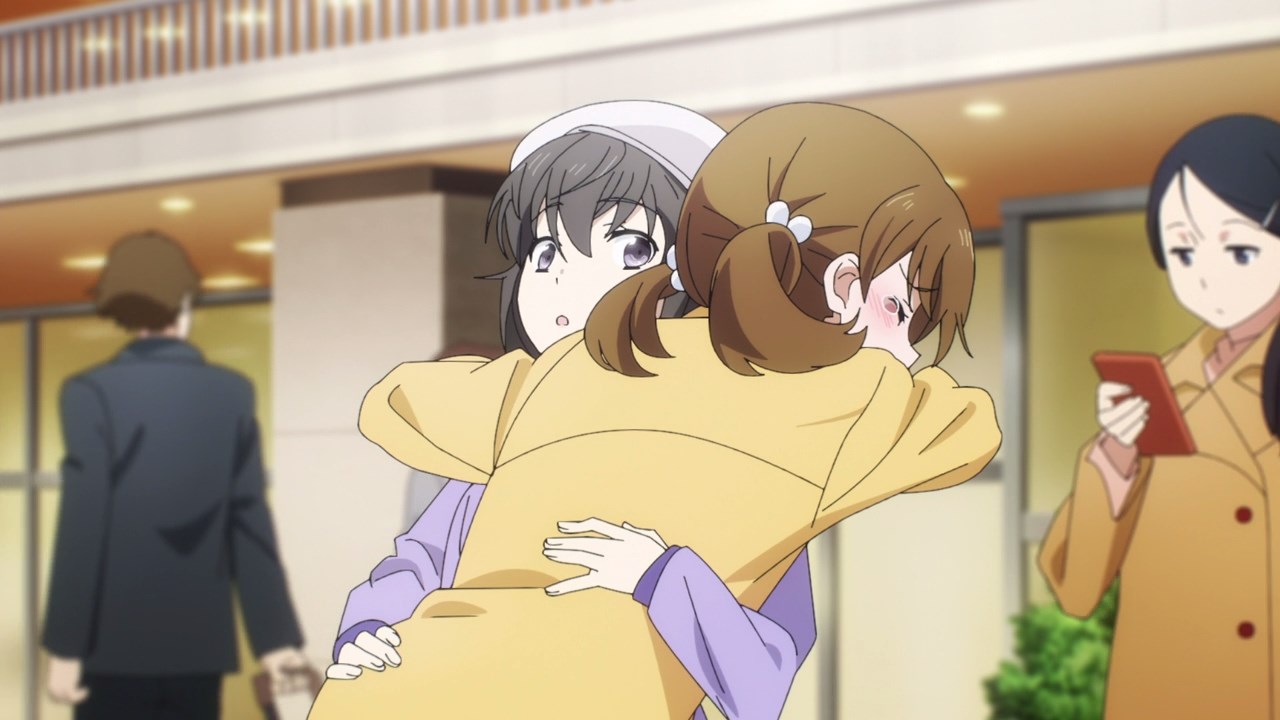 Meanwhile, Shizuku Kitayama has returned to Japan where she’s greeted by Honoka Mitsui. I have to say that Shizuku has become a mature lady after staying in America for a long time. 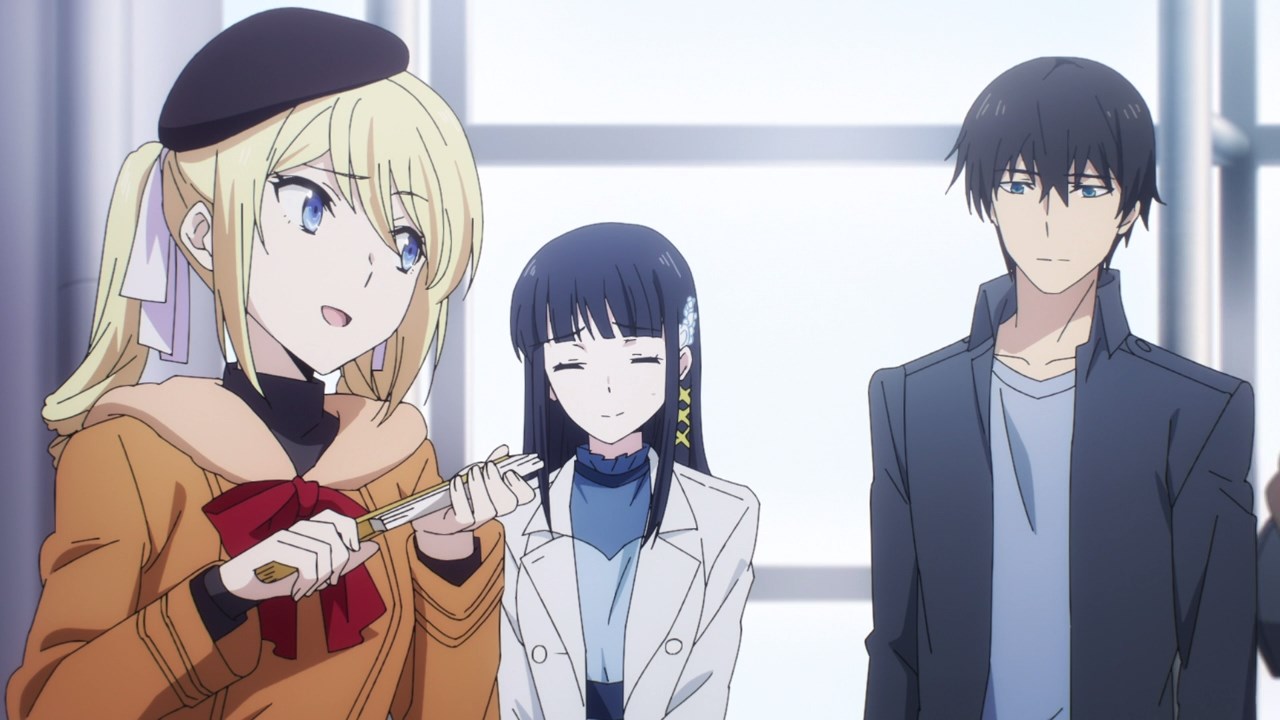 Of course, there’s one exchange student who will return to USNA as Angelina Kudou Shields bid her farewell to the Shiba siblings. I hope Lina brought those souvenirs with her.

Now then, I was hoping that Lina will leave her Angie Sirius persona behind and stay as a normal girl, but the American military brass don’t want her to leave yet because they need Lina’s skills in case another war breaks out. Regardless, I’m gonna miss Angelina Kudou Shields. 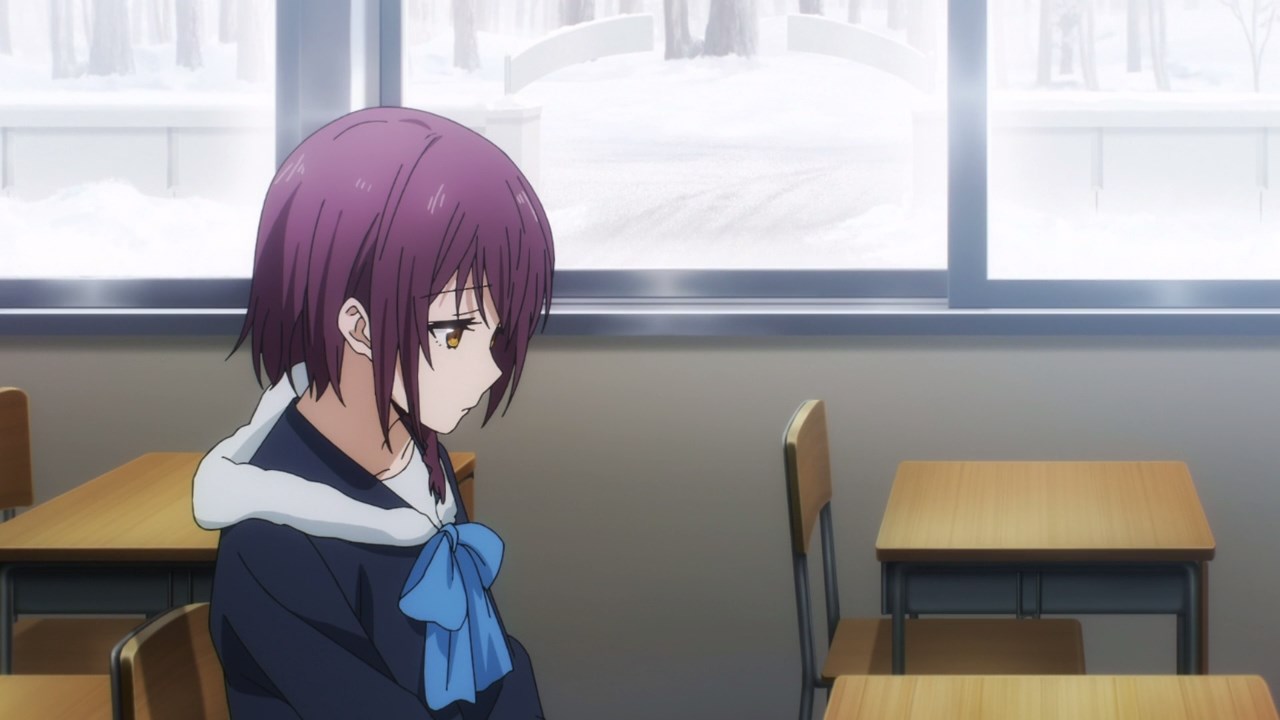 Moving onto the next scene where I introduce you to Minami Sakurai where she’s just a normal high school student. 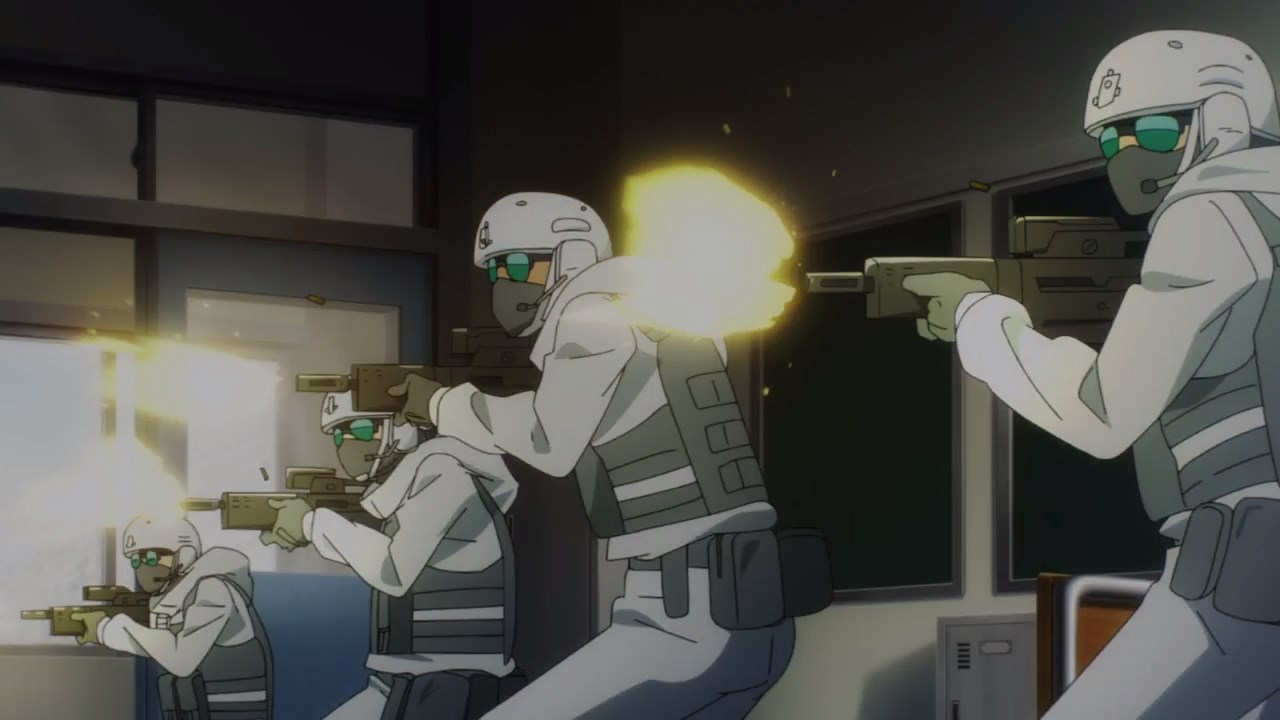 That’s until a group of soldiers suddenly attack her. Man, what will Minami do when she’s being sprayed by bullets? 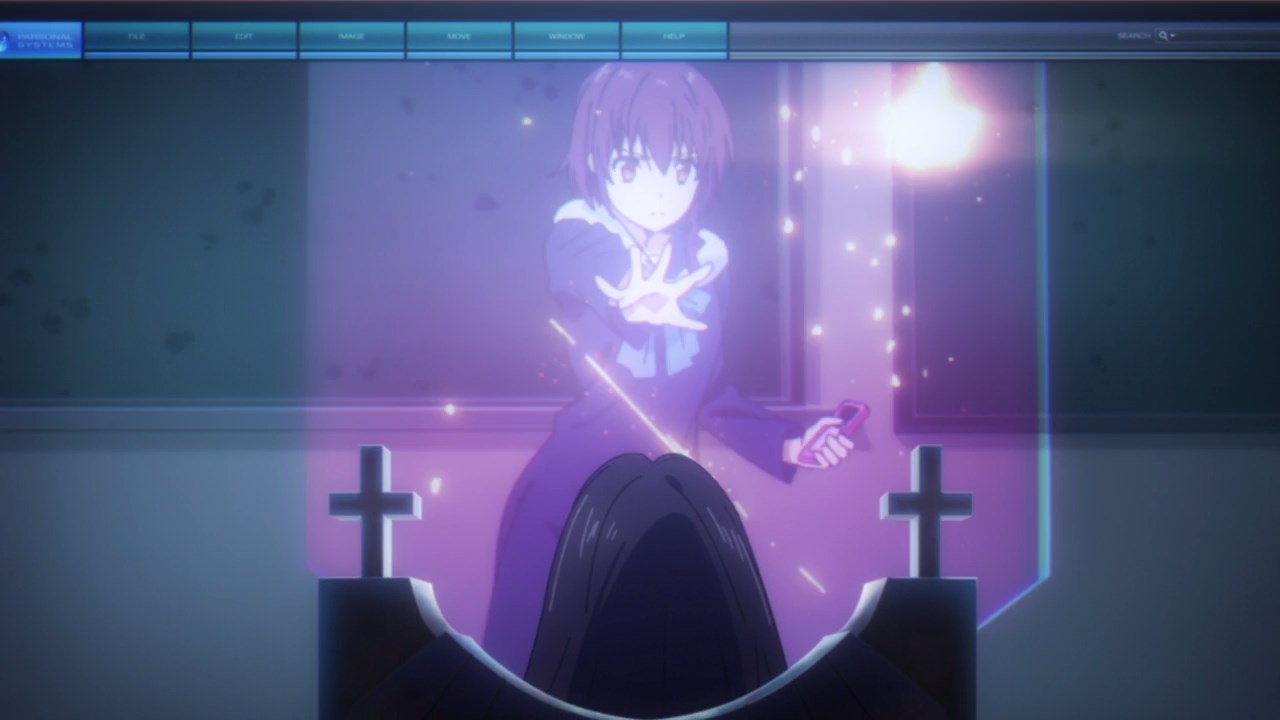 Oh, she’ll just make a barrier to not only protect herself, but also push those soldiers away.

On the other hand, a certain matriarch is interested on recruiting Minami Sakurai due to her potential magic abilities. 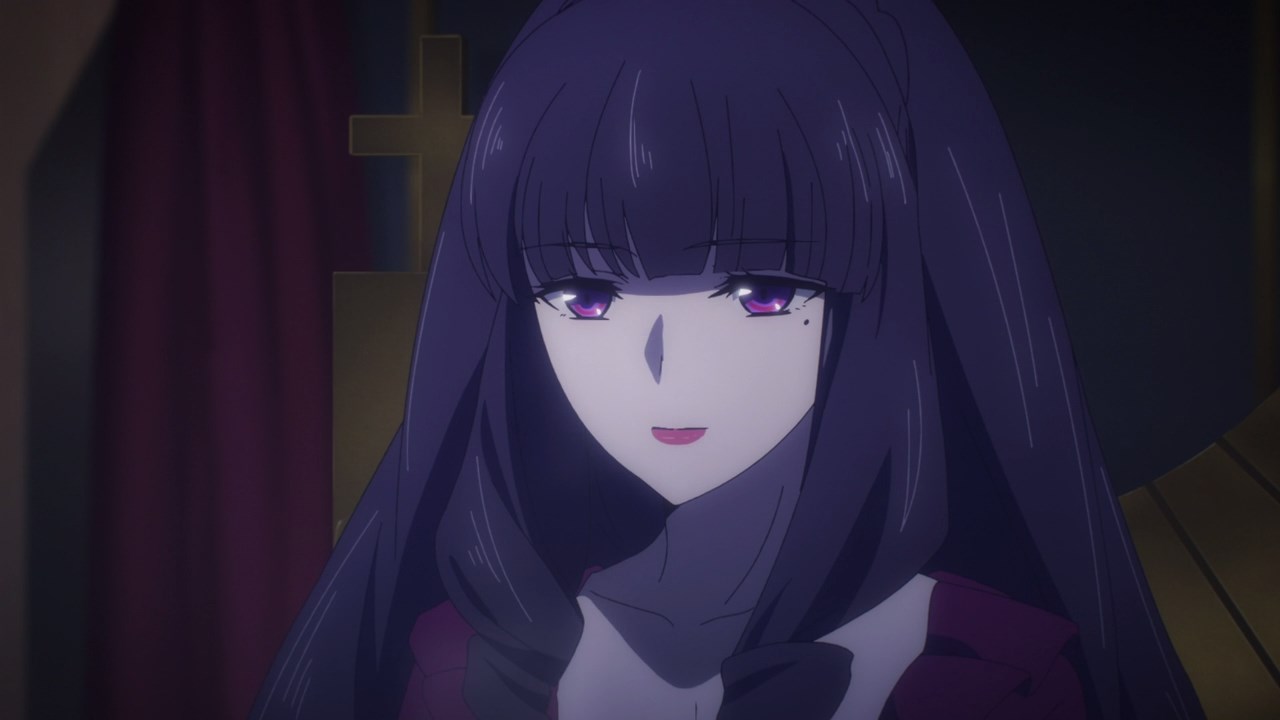 Said matriarch happened to be Maya Yotsuba where she recruited Minami Sakurai to be her personal maid.

Of course, Minami is not gonna serve tea to Maya-sama all the time as the matriarch wants her to stop a radical group called the New Breed Front from destroying Tokyo Offshore Tower, one of the largest structures in Japan.

Yeah, seems that Maya Yotsuba has a keen eye when it comes to selecting people in order to protect her personal interests. And really, Maya-sama is one scary matriarch! 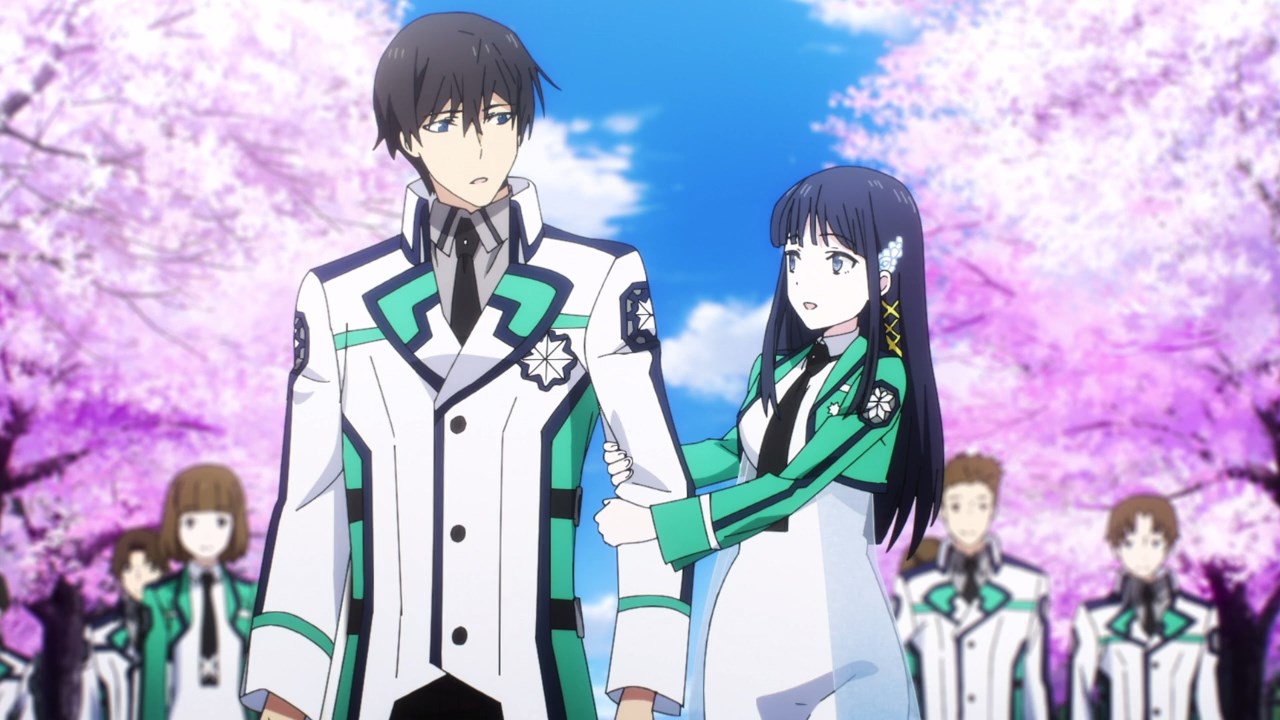 And now, the new school year has arrived where Tatsuya Shiba has transferred to the newly-created Magic Engineering Course, complete with a new school uniform where he looked like a Course 1 student rather than Course 2. Of course, Tatsuya still hangs out with his close friends like Mizuki Shibata, Leonhart Saijou, etc.

But that’s the end of this episode and man, we’re getting close to the ending of this 2nd season. Then again, I wonder what happened to Pixie after the parasites are gone? Oh well, I guess I know what happened to her since 8-bit doesn’t want to talk about it. Anyways, see ya next time!