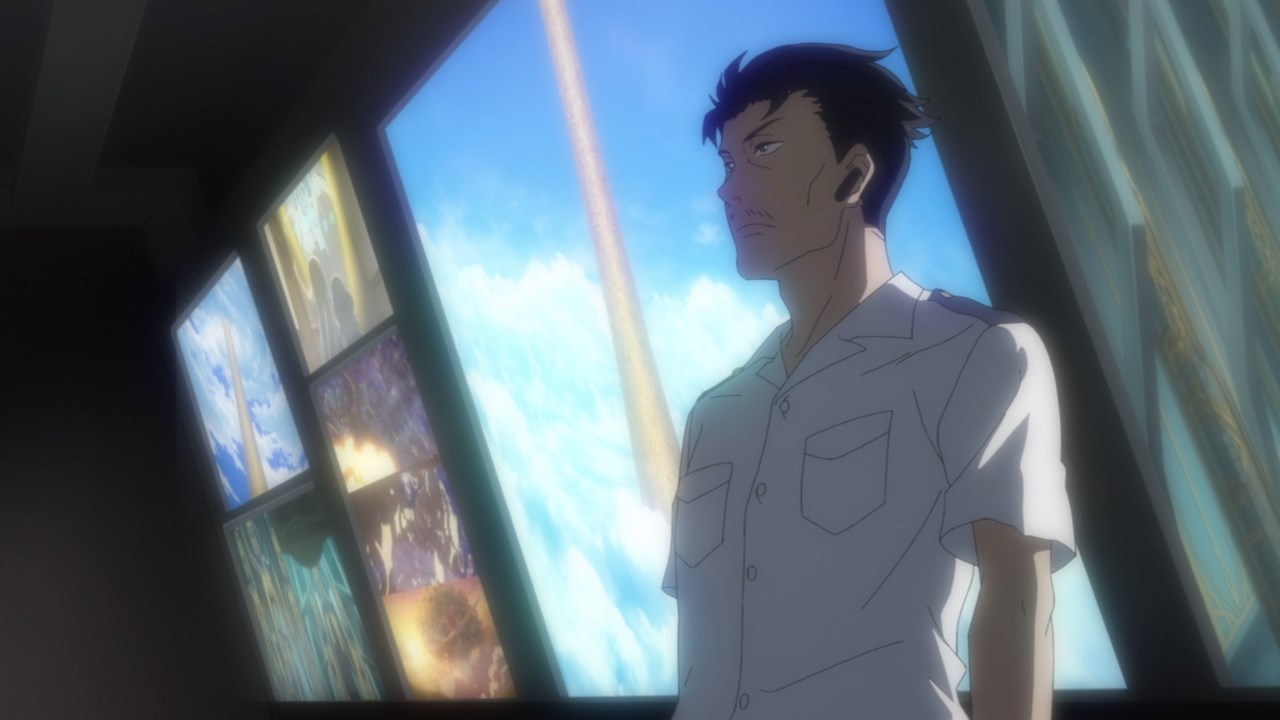 Well everyone, here’s Commander Ichiro Satomi where he discuss about the truth behind Norse mythology to various world leaders. Yes, this includes Odin’s true motives. 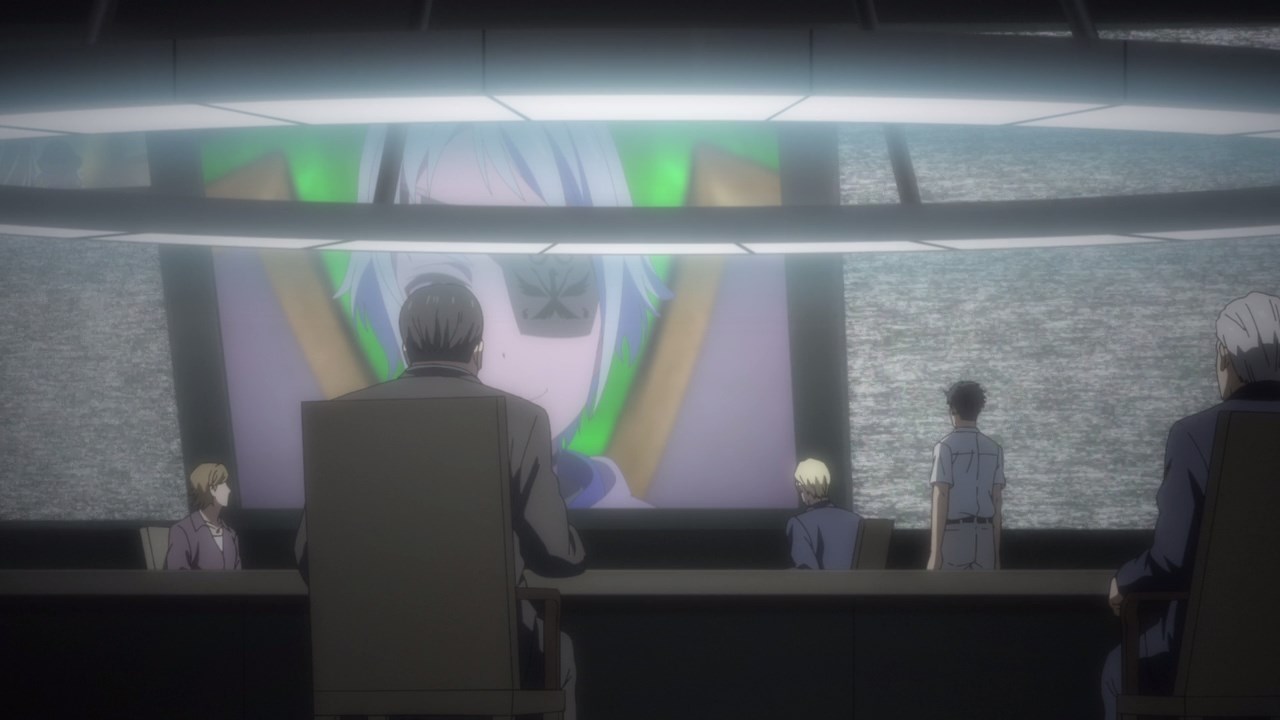 But speaking of Odin, looks like this Norse god has decided to show himself as Odin declared war on humanity. 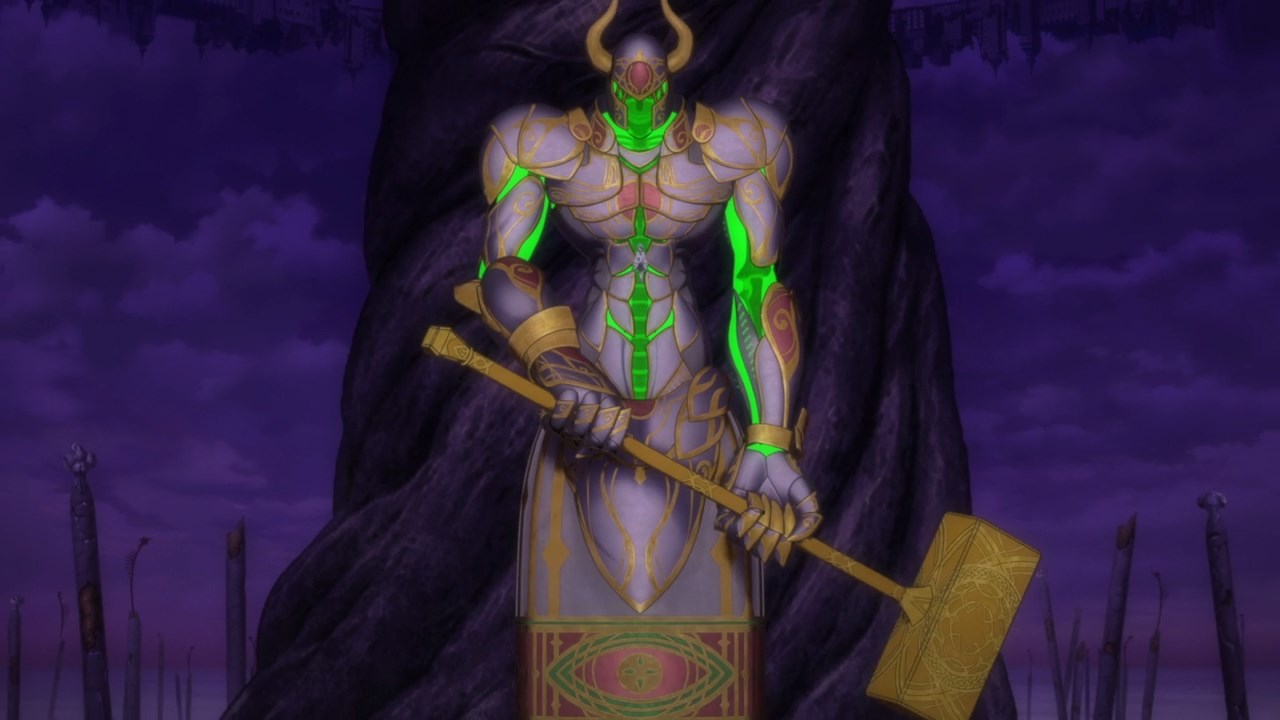 Oh and in order to make his intention clear, Odin brought his favorite son Thor where this notorious god of thunder nearly wipe out everyone in Mt. Fuji.

Glad that Odin decided to show his true colors instead of being vague about it. And really, it’s gonna be hard for the remaining Valkyries to take this mad Norse god down! 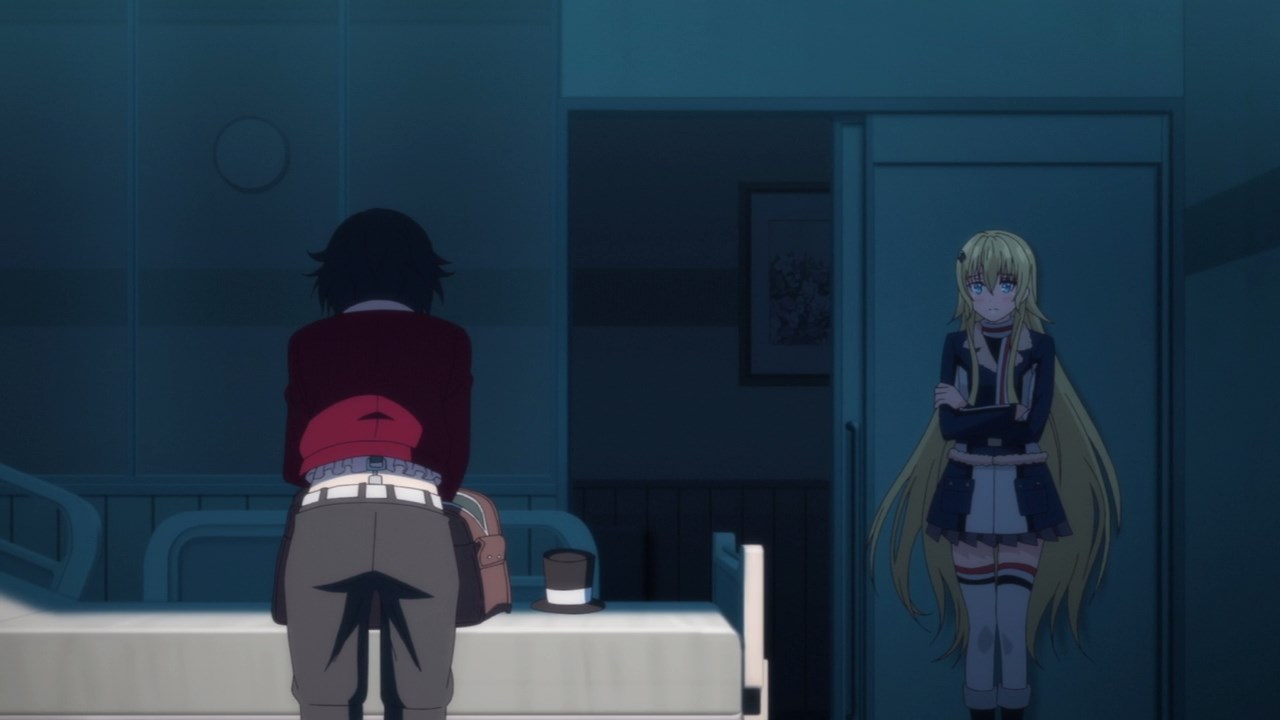 Meanwhile, it looks like Lizbet Crown will be discharged from the hospital as she’s packing up her things.

Of course, the only thing I’m worried about is whether she’s capable of flying to the skies with only a single eye. 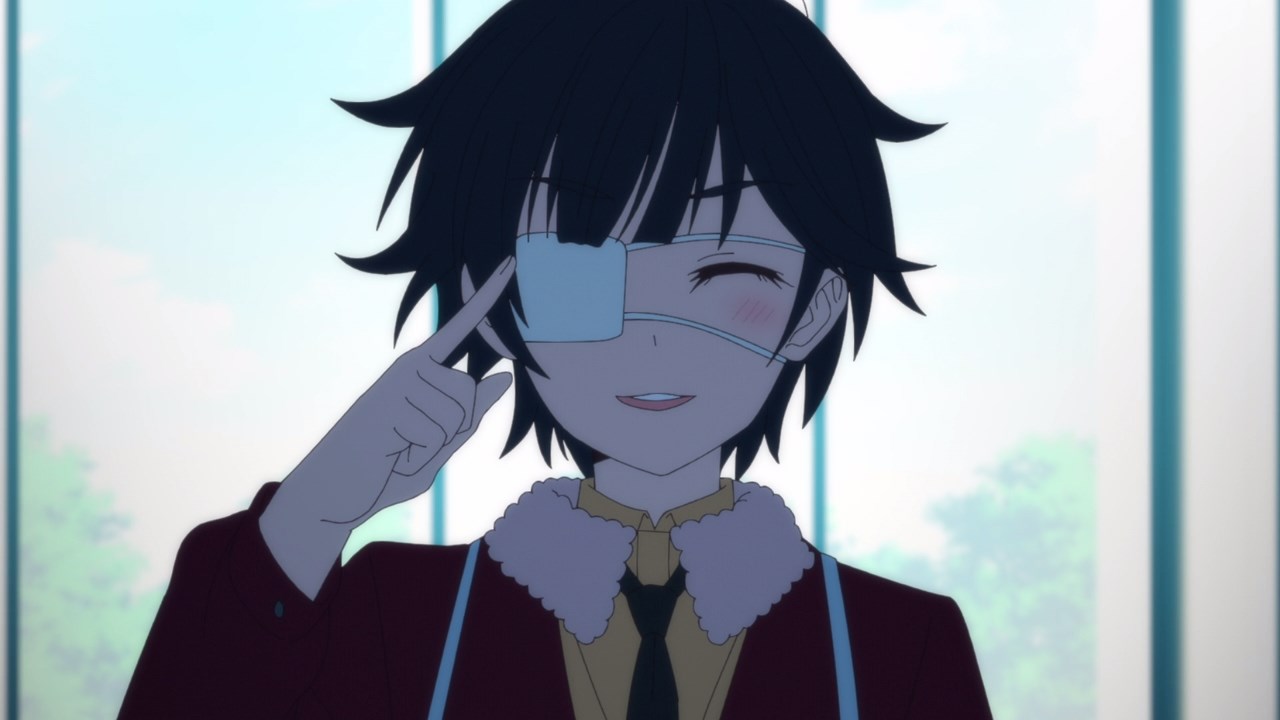 But, that doesn’t matter for Lizbet because despite losing her right eye, she wants to fly and fight as much as possible. Oh please, I hope Lizbet survives! 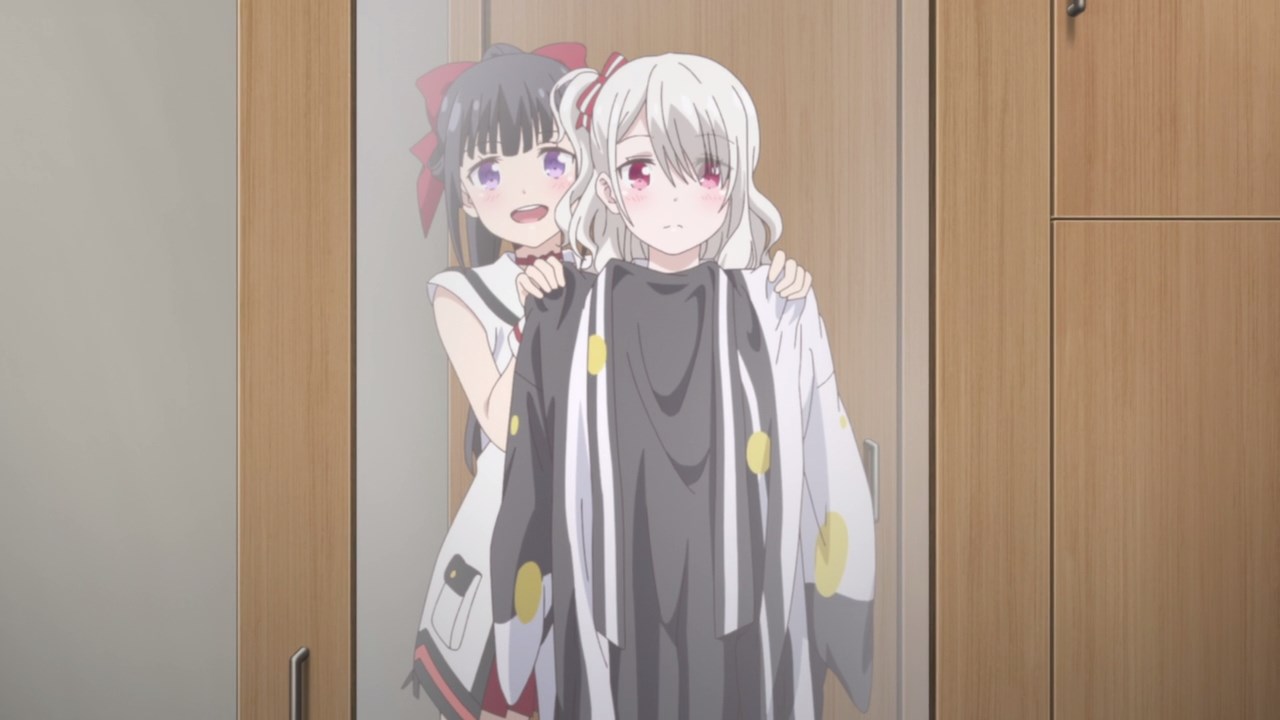 Now then, it appears that Tateyama will hold a festival despite being threatened by the Pillars.

Then again, they want the people to keep their spirits up as Miyako Muguruma shows her yukata to Azuzu Komagome. You know something, that yukata looks great on Azuzu-chan. 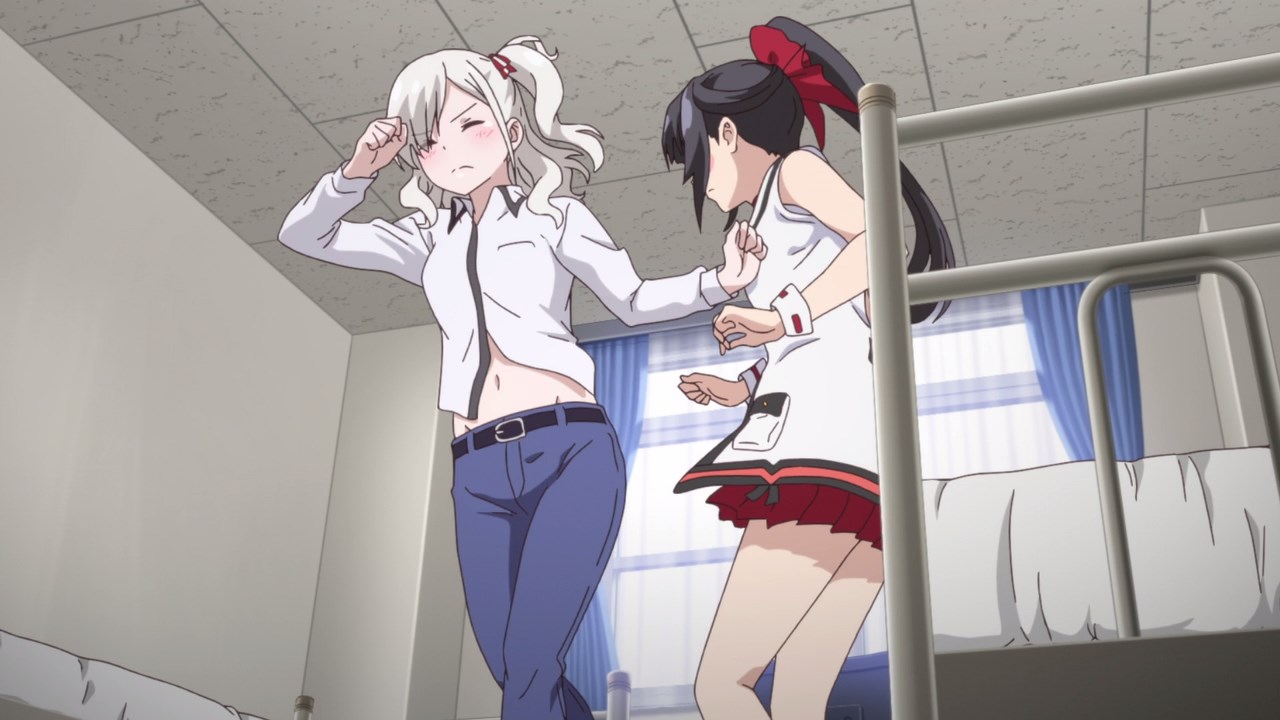 Unfortunately for Komagome, she’s not so pleased on having a festival in Tateyama as she runs away from Muguruma.

Okay Azu, I think you should know that people don’t want to be depressed all the time, hence they throw a festival in Tateyama. 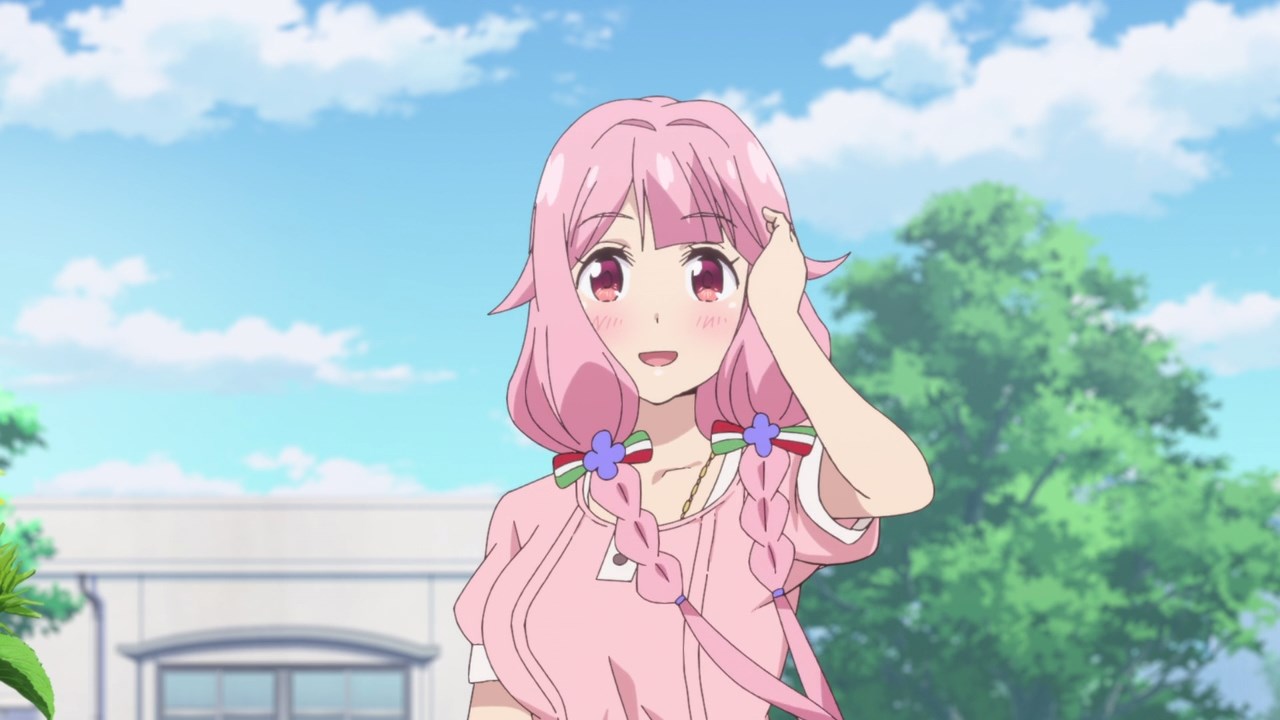 On the other hand, there’s Sonoka Watarai where she changed a lot ever since she read Yayoi Amatsuka’s final message. In fact, she got braver instead of being a crybaby. 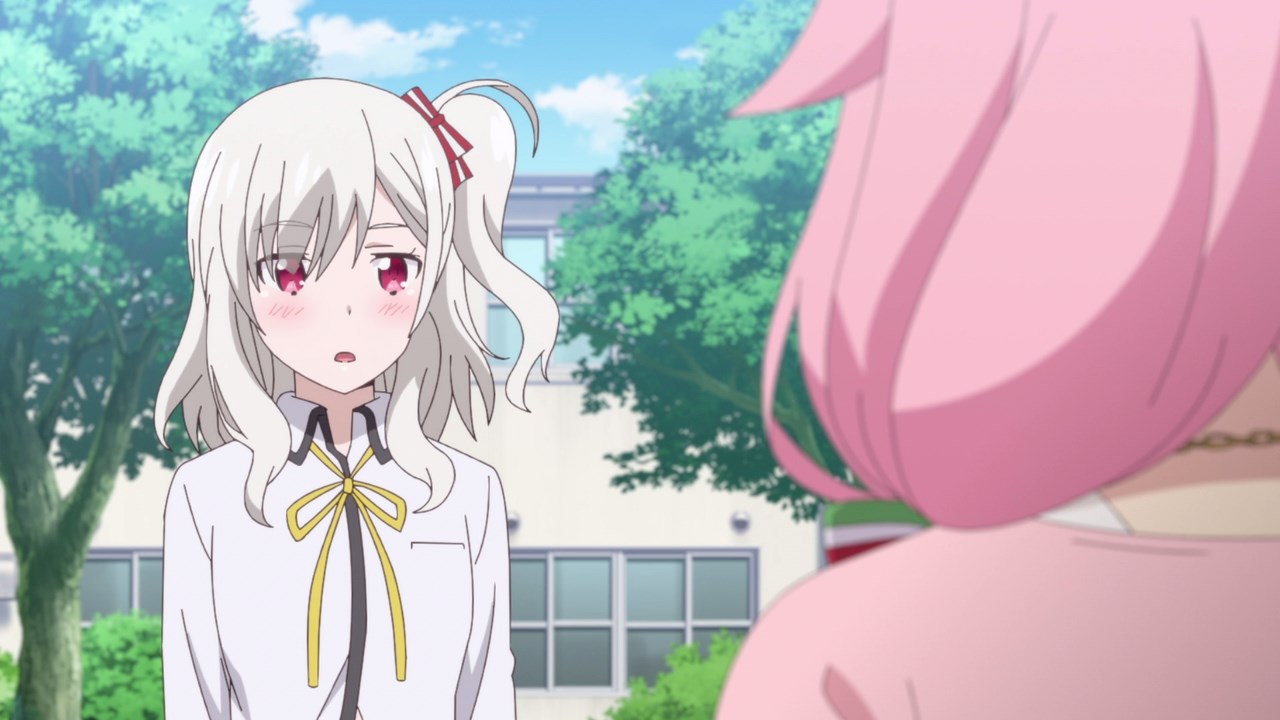 But let’s go back to Azuzu Komagome where she’s surprised on how much Sonoka has changed.

Of course, Azuzu is still an emotional wreck despite being a genius. Seems that she’s still horrified on losing an ally during their exploration in Asgard. 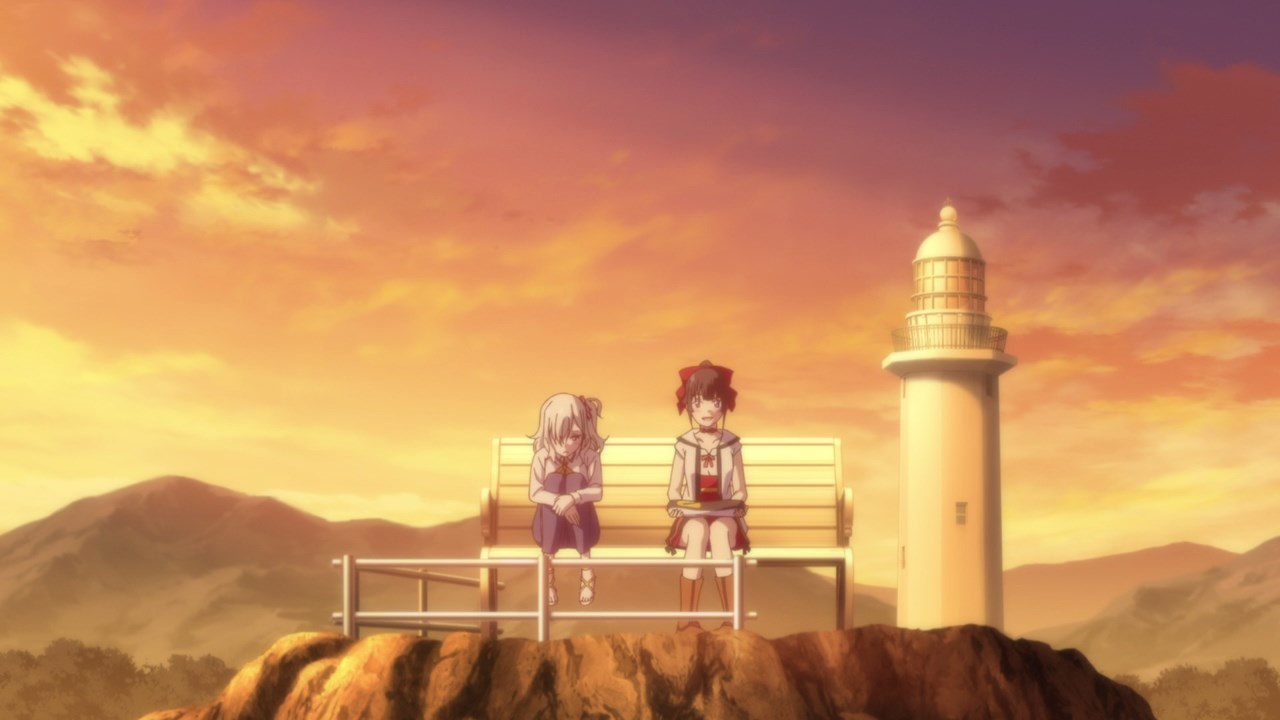 But hey, at least Komagome has the support of her friends like Muguruma where she finally found Azuzu at the cliff. C’mon, she’s not fighting alone.

By the way, turns out that Miyako finished sewing the yukata in which Azuzu will wear it in time for the festival. 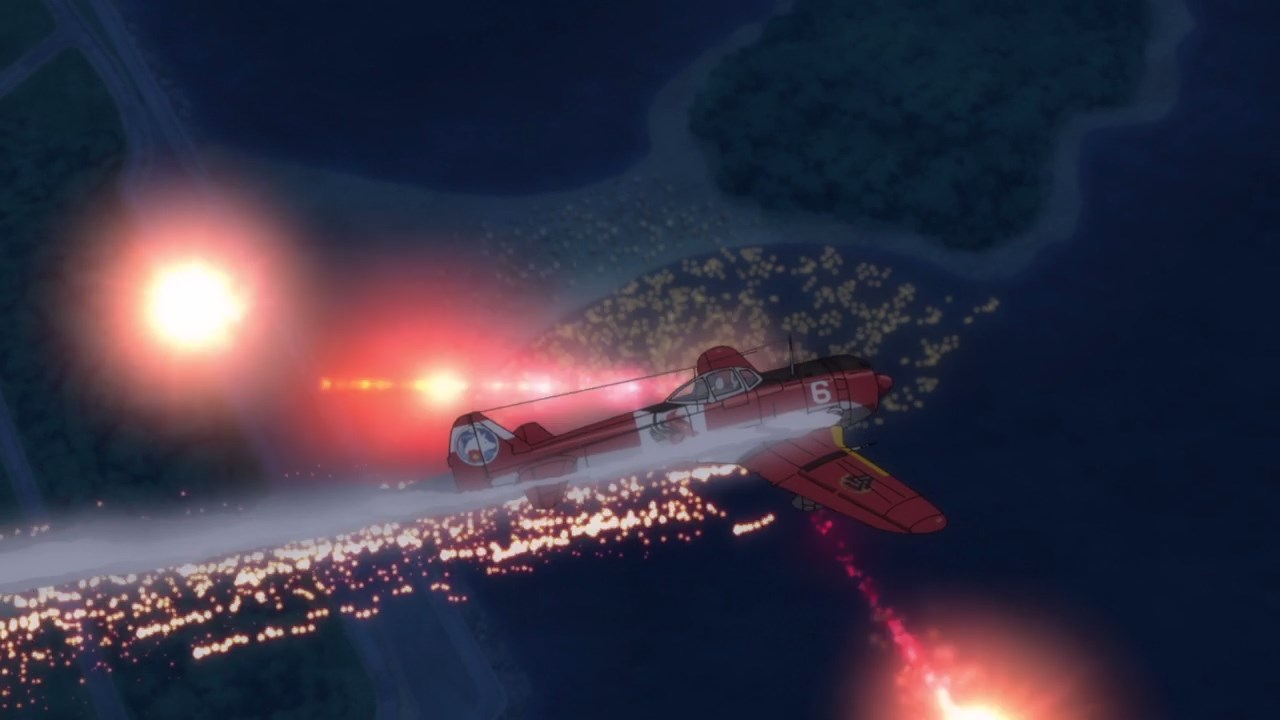 Anyways, it’s time to send some fireworks as Miyako’s Hero Wing fired roman candles and rockets to the sky. Who needs launchers when Muguruma fly and shoot fireworks at the same time! 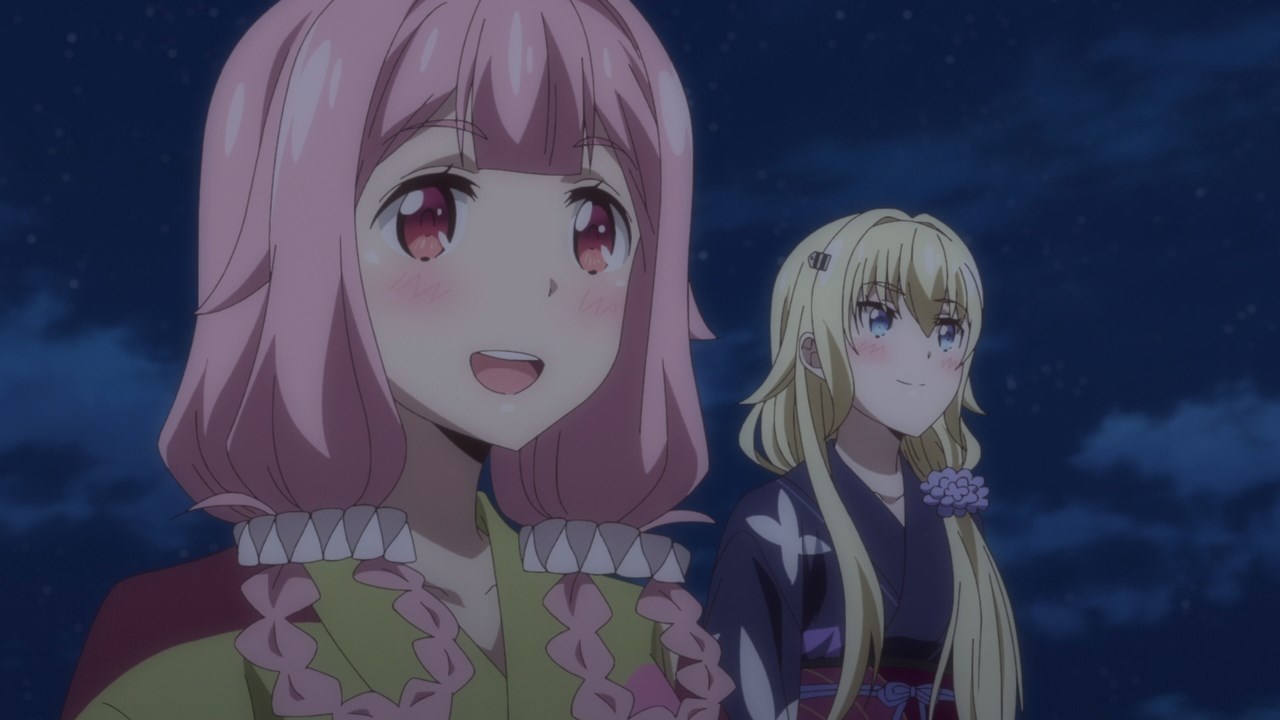 Oh yeah, here’s both Sonoka Watarai and Claudia Bruford where they’re surprised that Miyako’s Hero Wing is putting on a show in Tateyama. 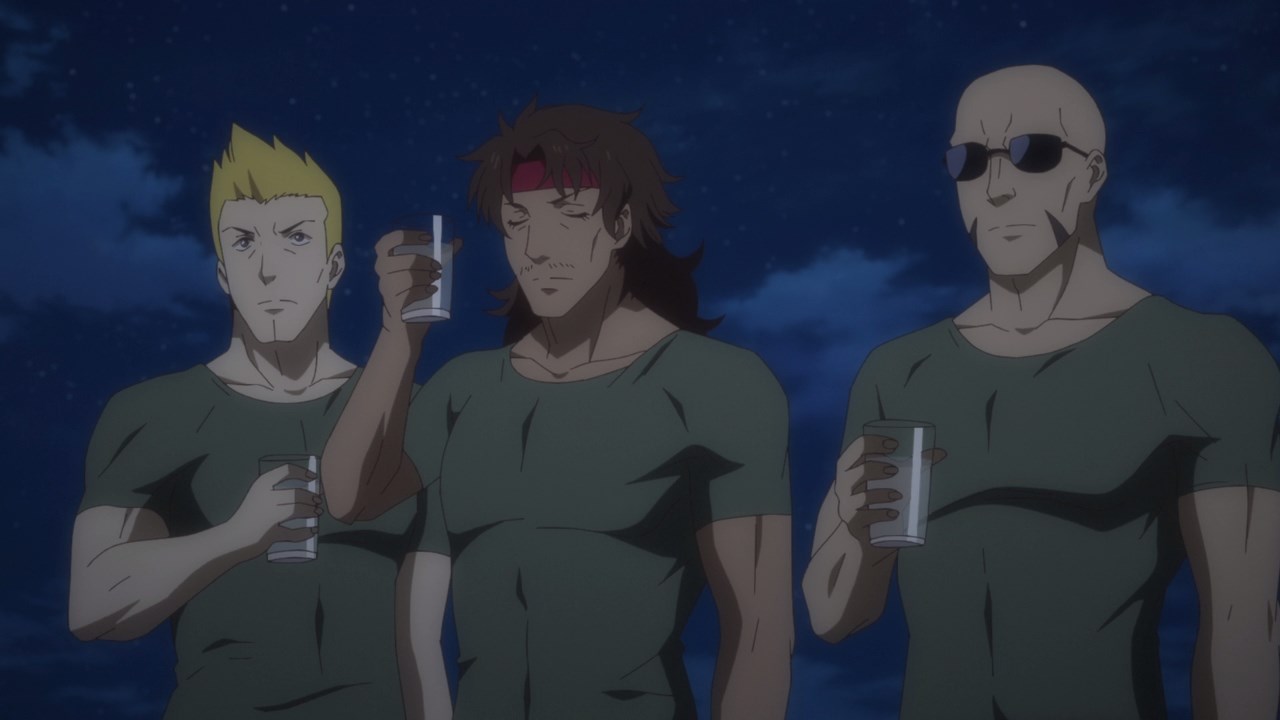 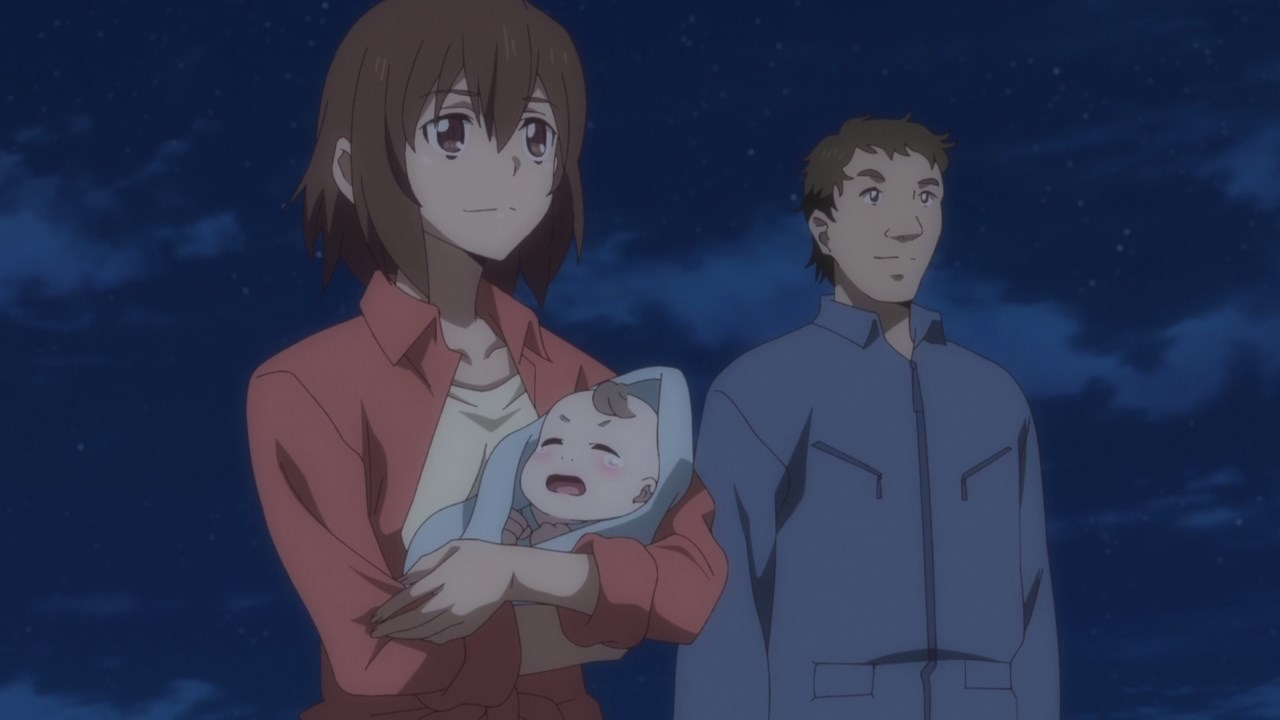 Of course, let’s not forget those who died on fighting against the Pillars as they pay their respects. By the way, looks like A-1 Pictures managed to show the baby that was born on the previous episode. 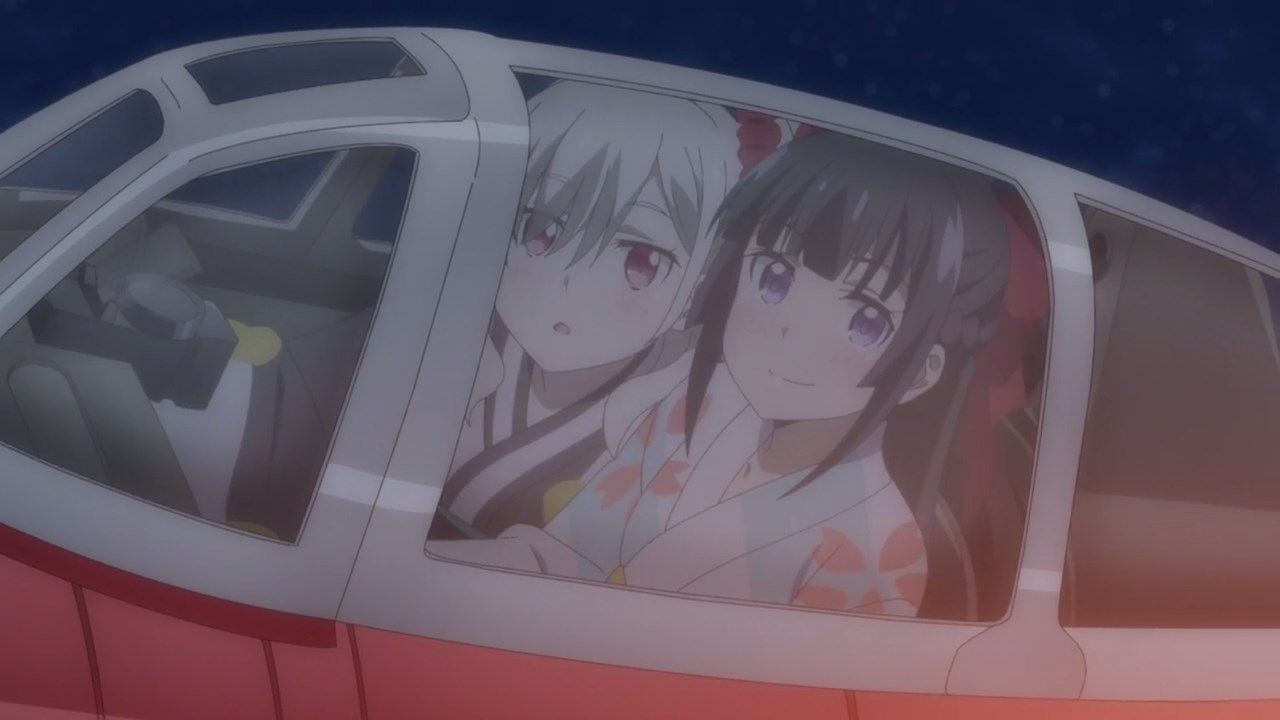 And one more thing, it looks like Miyako Muguruma is not flying by herself as she’s joined by Azuzu Komagome. Well then, that was a nice festival in Tateyama!

Now then, the next episode will be very serious as the remaining Valkyries will have to work together on bringing down a mad Norse god who wanted to usher another Ragnarök. Still, I’m hoping that nobody dies during the battle against Odin.