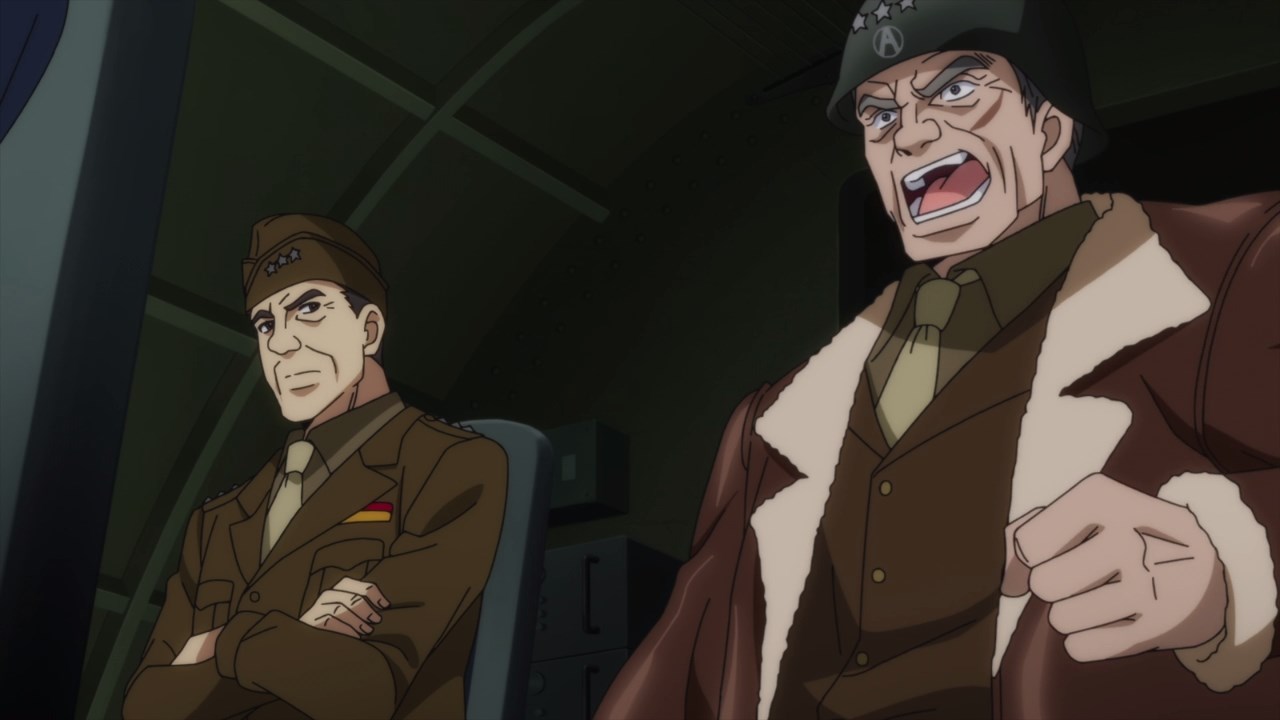 Well everyone, Operation Southwind has begun where General Geraldo S. Patton is very eager to liberate Karlsland’s capital Berlin from Neuroi’s control. Of course, the entire forces will need to be cautious when facing the enemy. 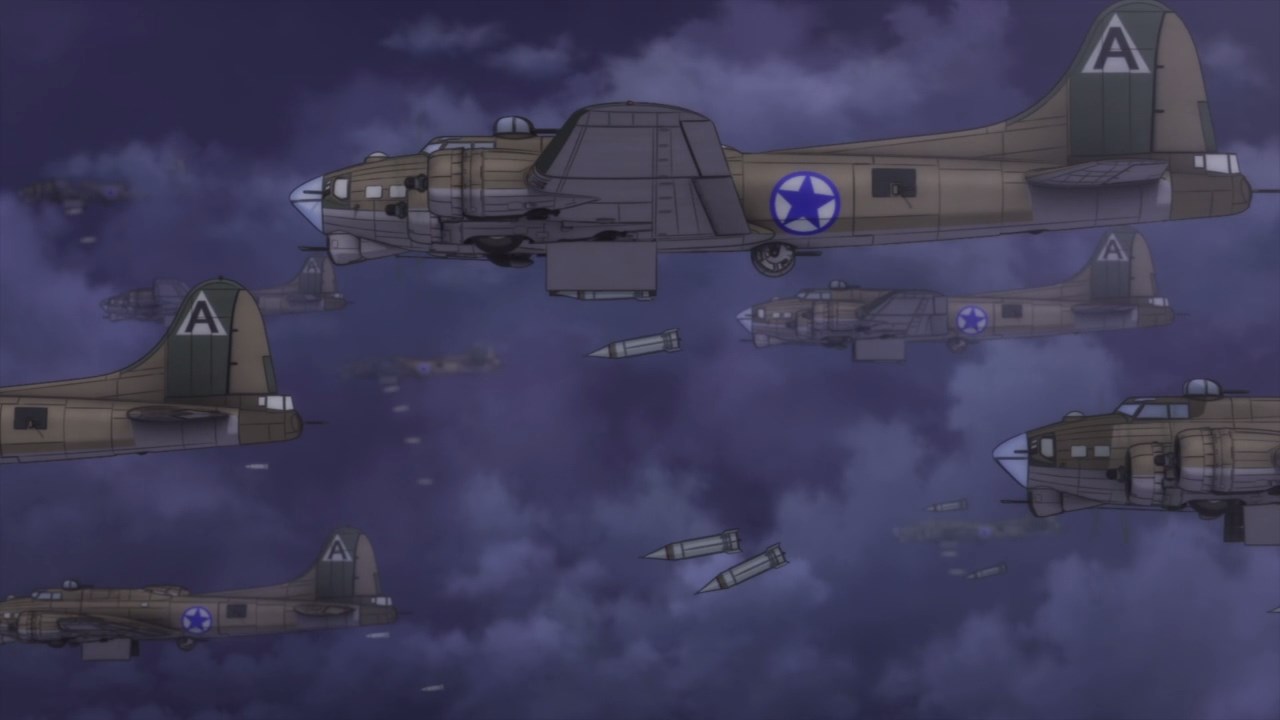 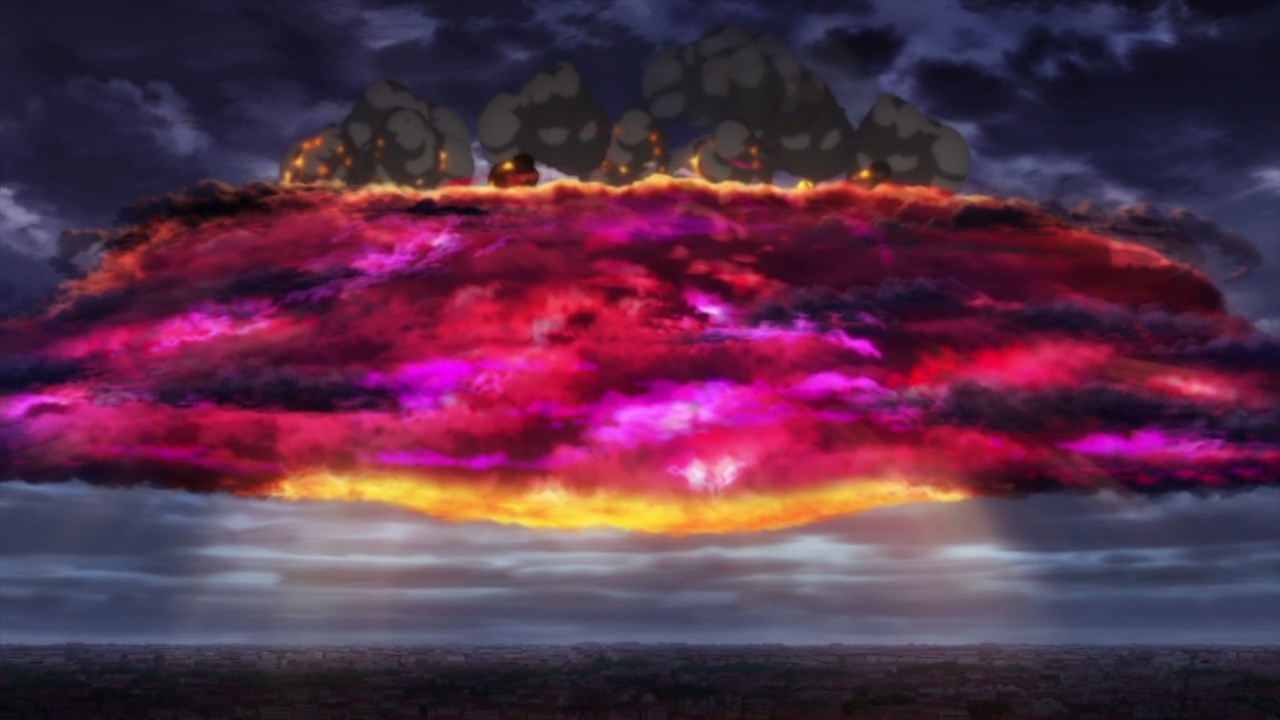 Anyways, let’s start with the bombers as they drop anti-Neuroi bombs to clear up the clouds which obscure its core. However, its effect is temporary where the Neuroi will form clouds again. 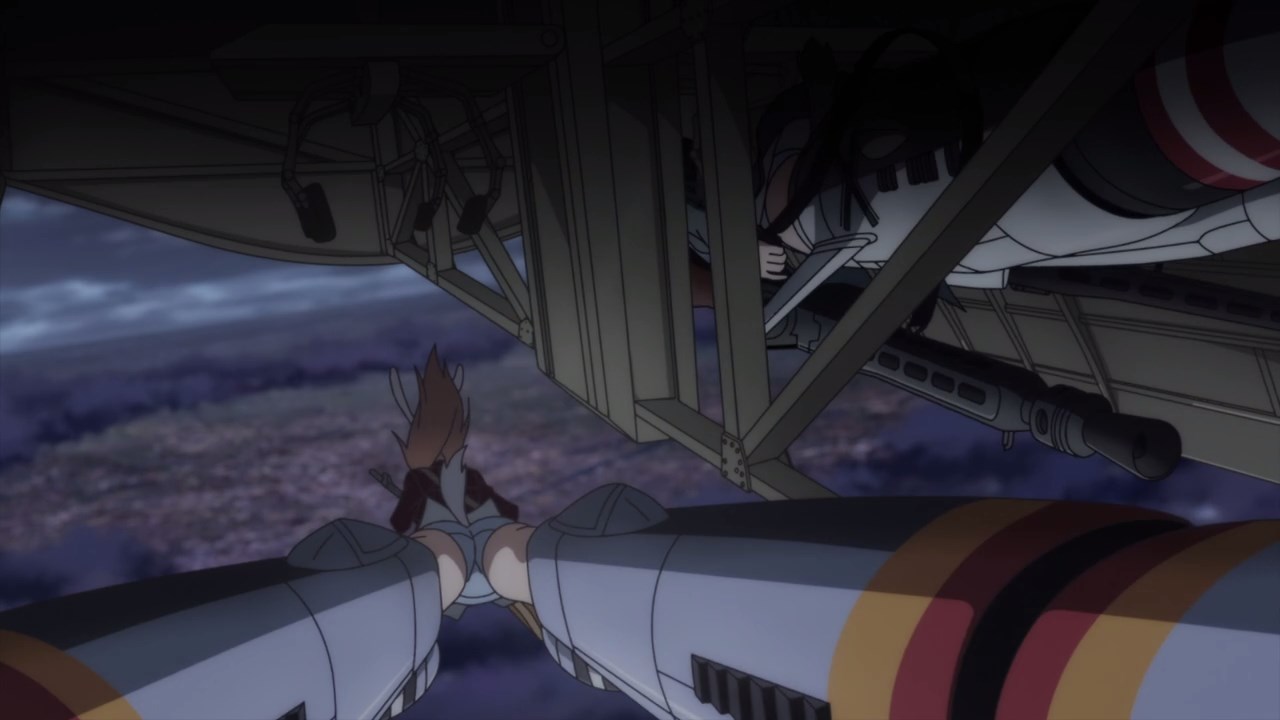 That’s where the 501st Joint Fighter Wing will play the role on stopping the Neuroi nest. And really, it’s awesome to see the Strike Witches being dropped from a bomber plane. 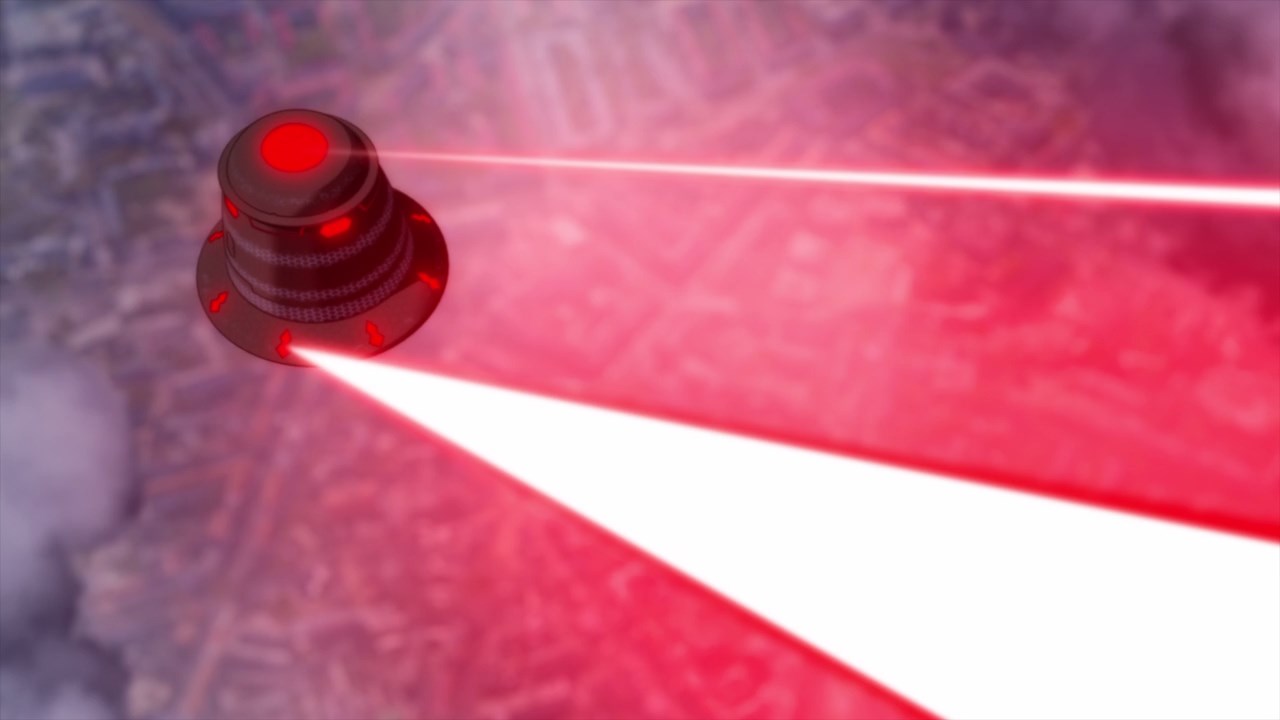 Now then, here’s the core of the Neuroi nest where it’s hard to hit due to its small size, all while firing a barrage of lasers at the witches.

Unfortunate for Yoshika Miyafuji and the rest, this is just one of those many problems they’ll have to face… 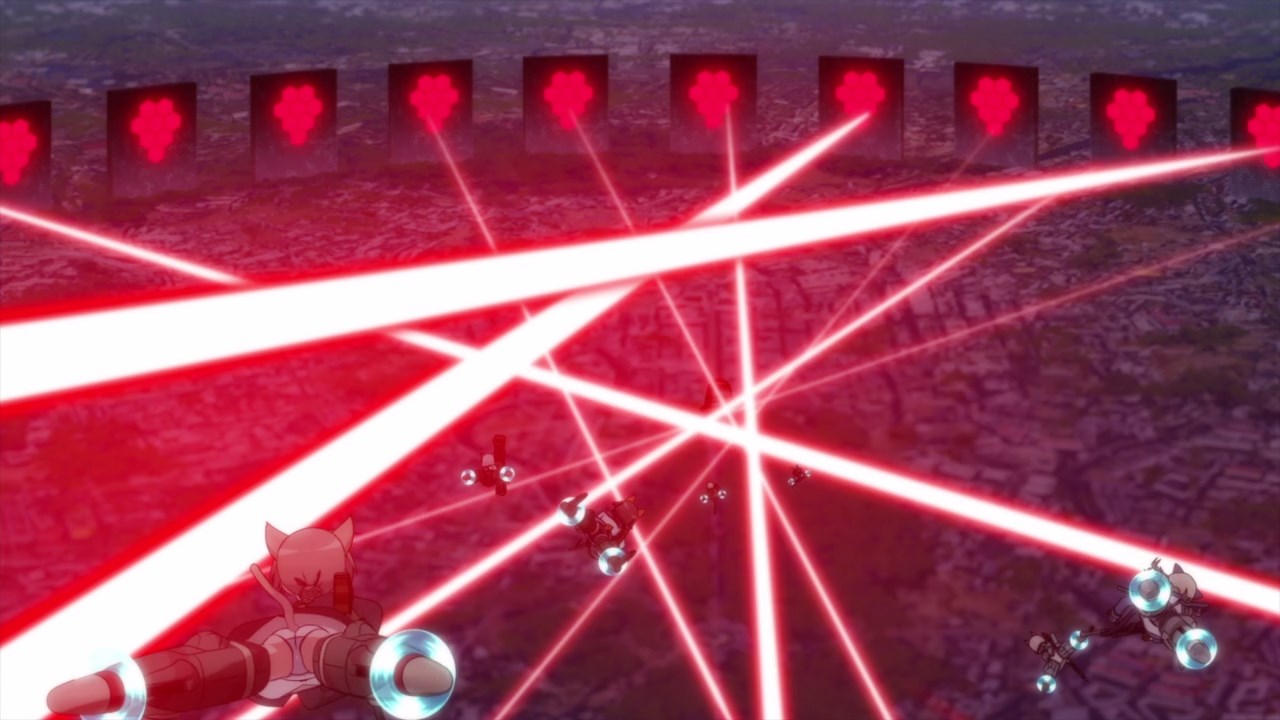 You see, Berlin has these walls which fires lasers at them. Basically, the 501st Joint Fighter Wing are trapped by the enemy. 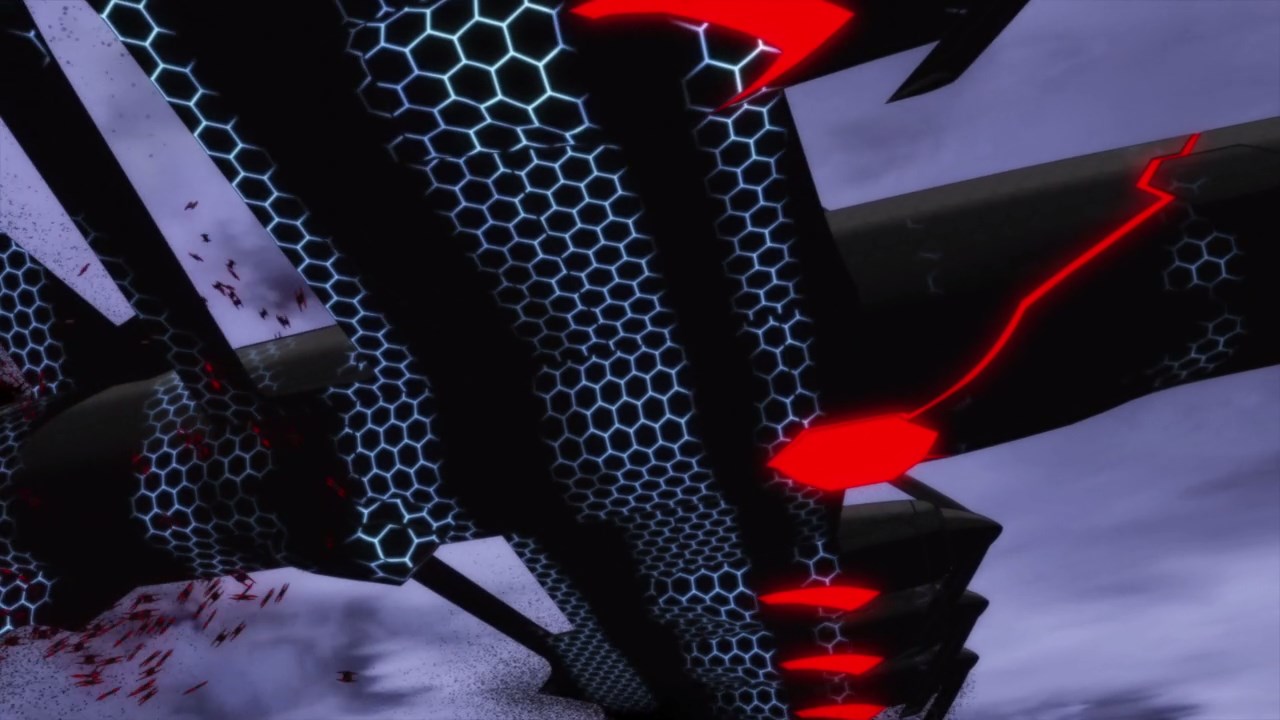 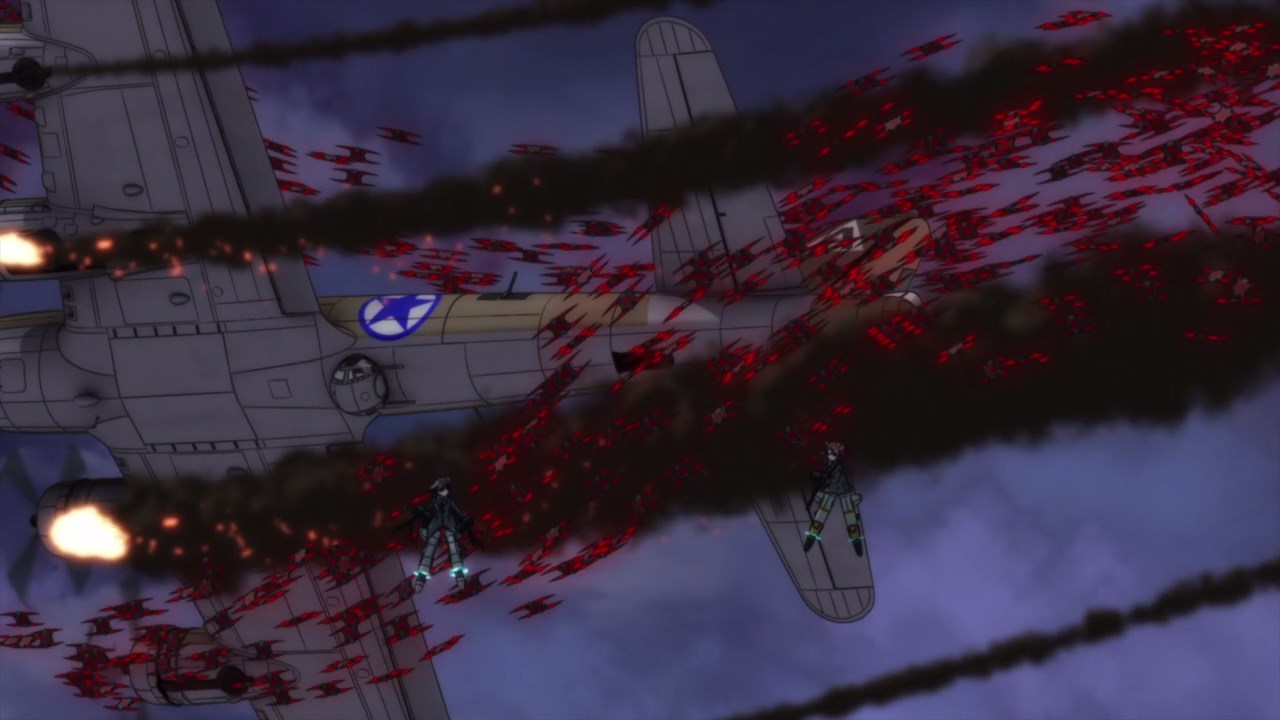 And it gets even worse when these Neuroi bombers appear to not only destroy the witches, but also General Patton’s air force.

Well everyone, it appears that Operation Southwind will be postponed as they’ll make their retreat. 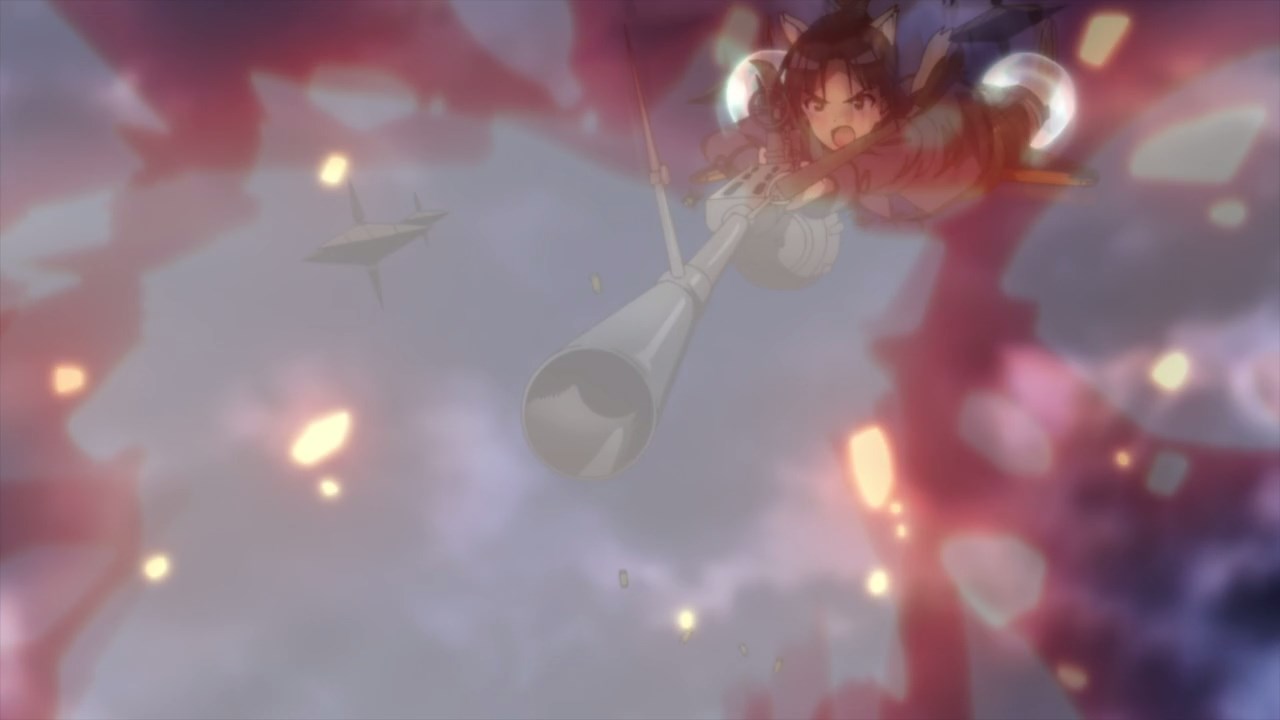 On the other hand, here’s Shizuka Hattori where she’s trying to bring one of the Neuroi bombers down.

Oh, and she’s escorting Yoshika to safety because the higher-ups wanted to use her magic powers for defeating the Neuroi nest. 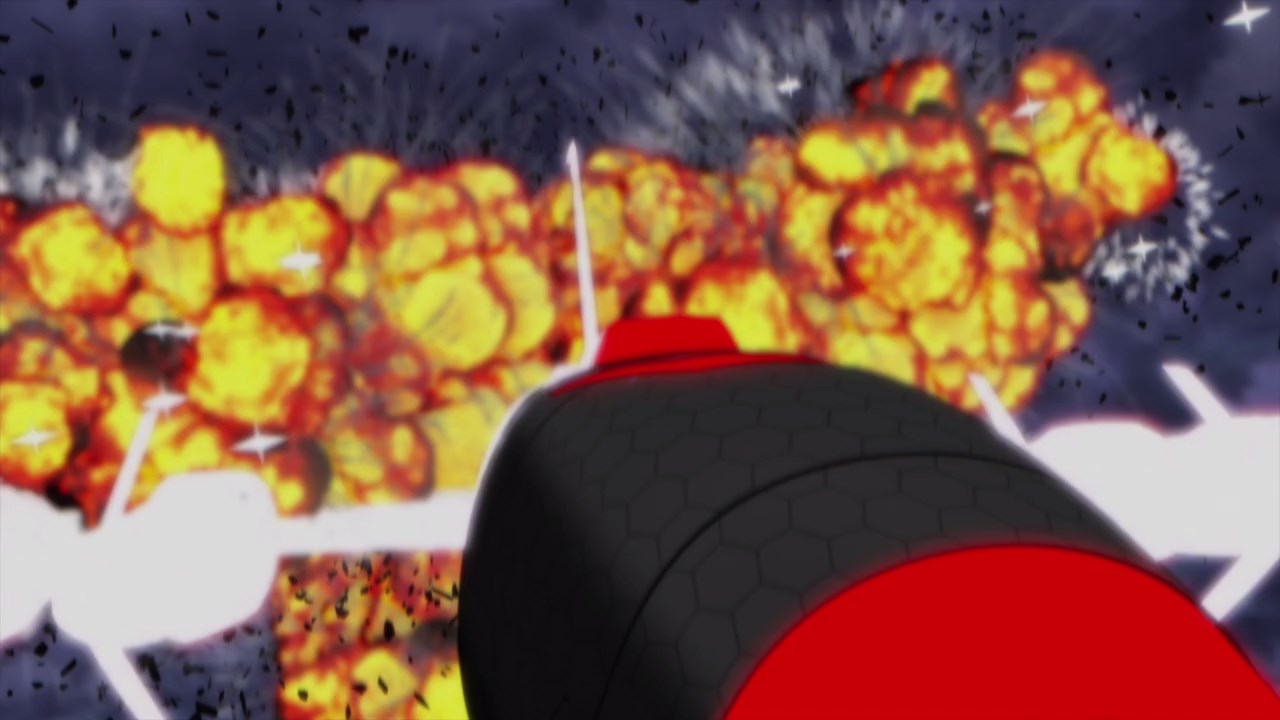 Anyways, looks like Shizuka took down a Neuroi bomber, although I have a feeling that the enemy will learn from Hattori’s attacks so that it won’t happen again. 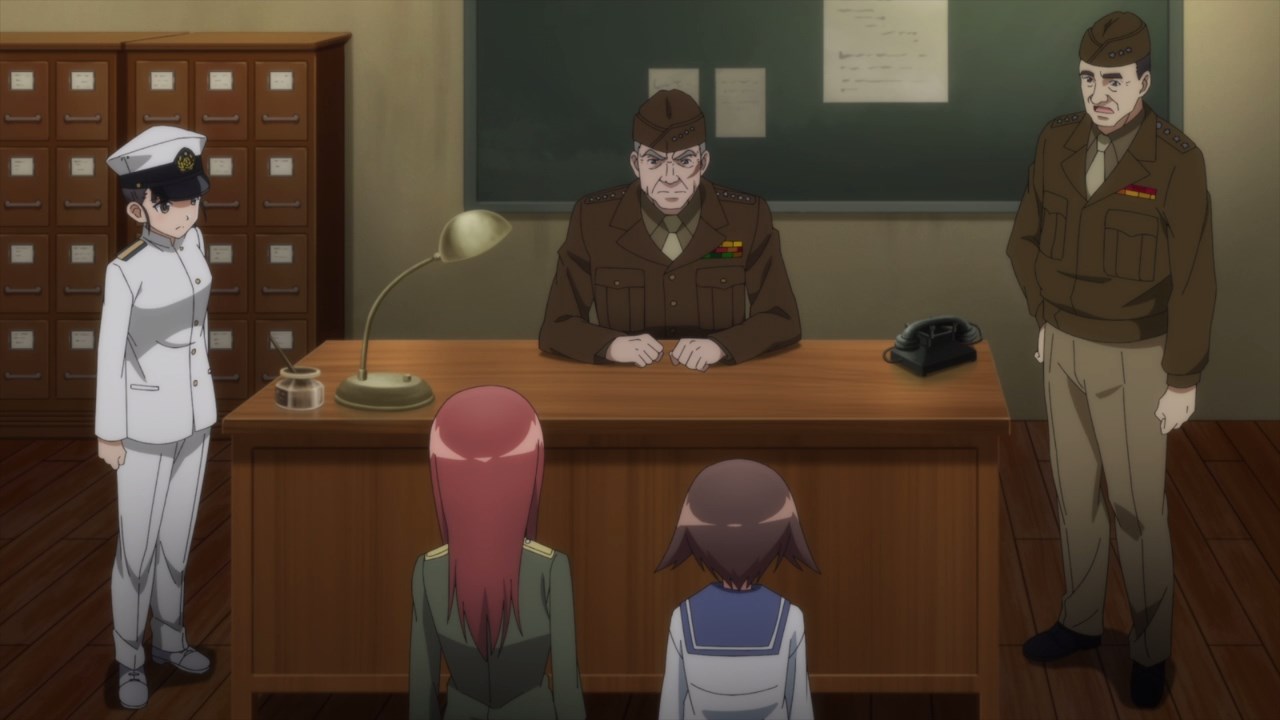 Now then, the generals told Yoshika Miyafuji not to sortie for the time being as they want her to recover her magic powers in time for the operation.

Of course, Yoshika won’t sit idly while her teammates fight the enemy… 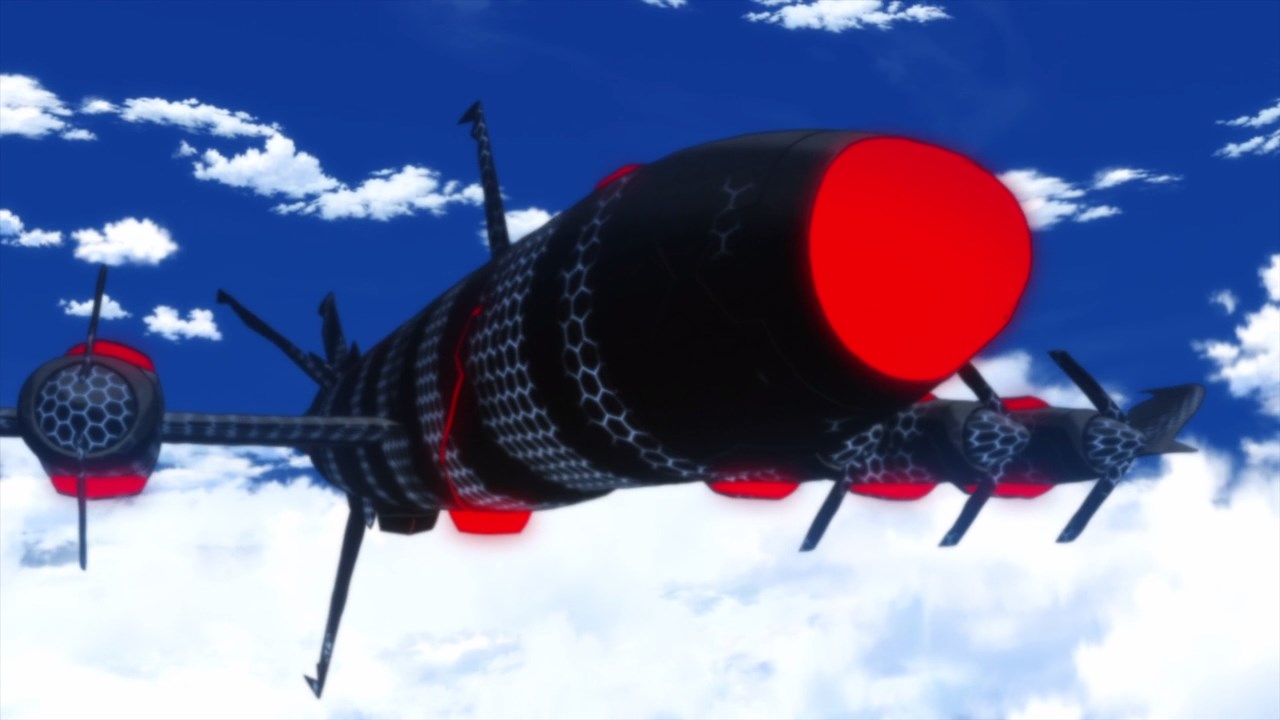 …especially when this Neuroi bomber is heading towards Kiel and drop bombs at the air base. Ugh, the Neuroi sure wants to delay their liberation of Berlin. 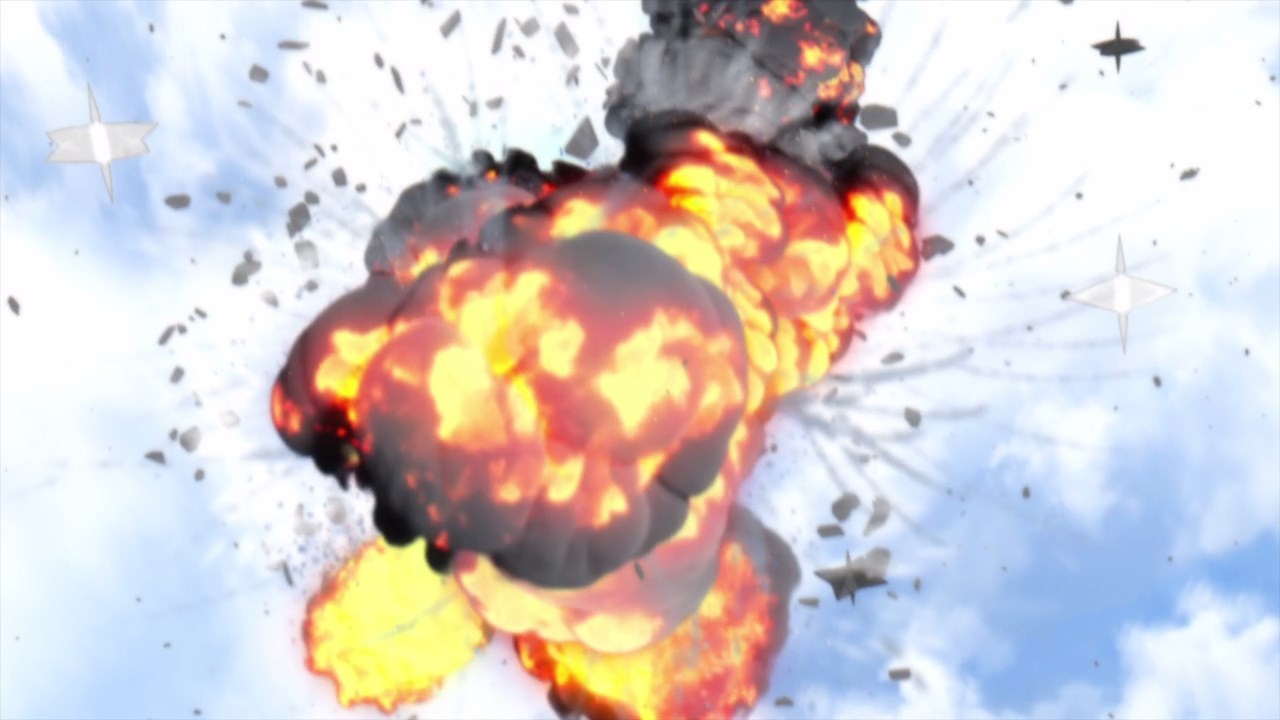 Anyways, the Neuroi bomber sends it drones to take down one witch. Man, who’s the witch that got wrecked? 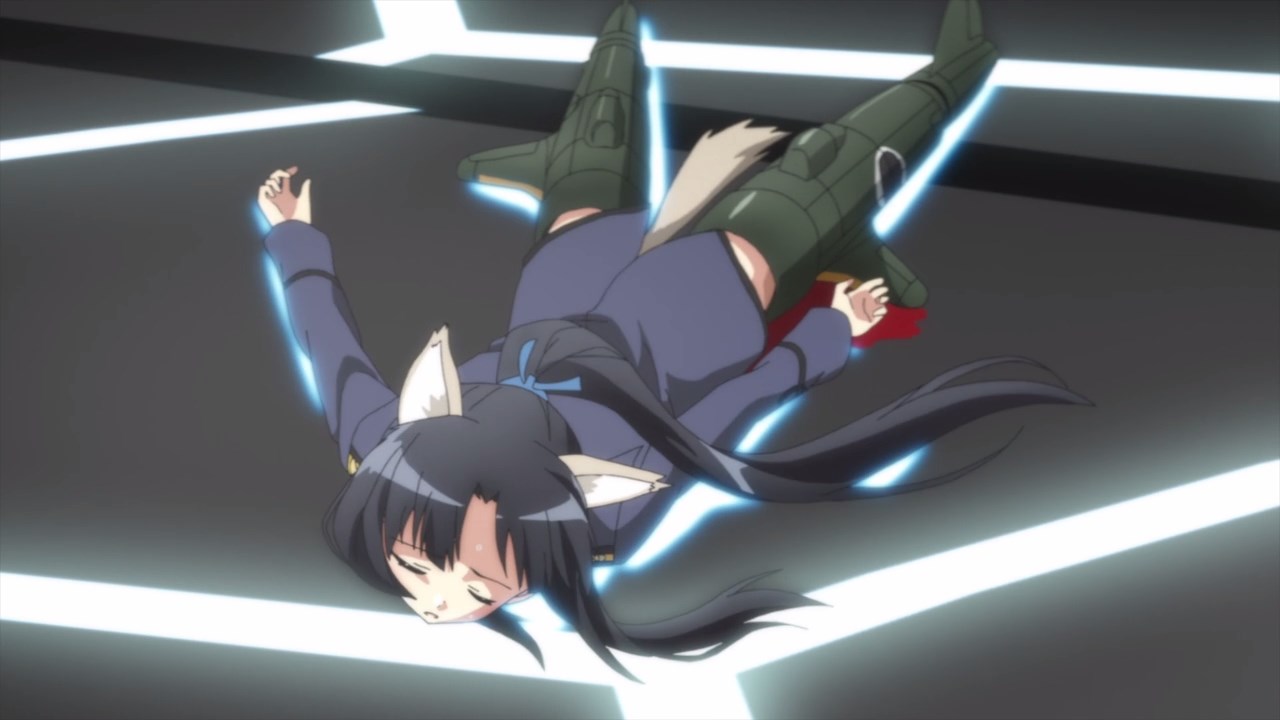 Oh no, it’s Shizuka Hattori where she not only got injured, but she got captured by the Neuroi bomber. Man, this is getting worse! 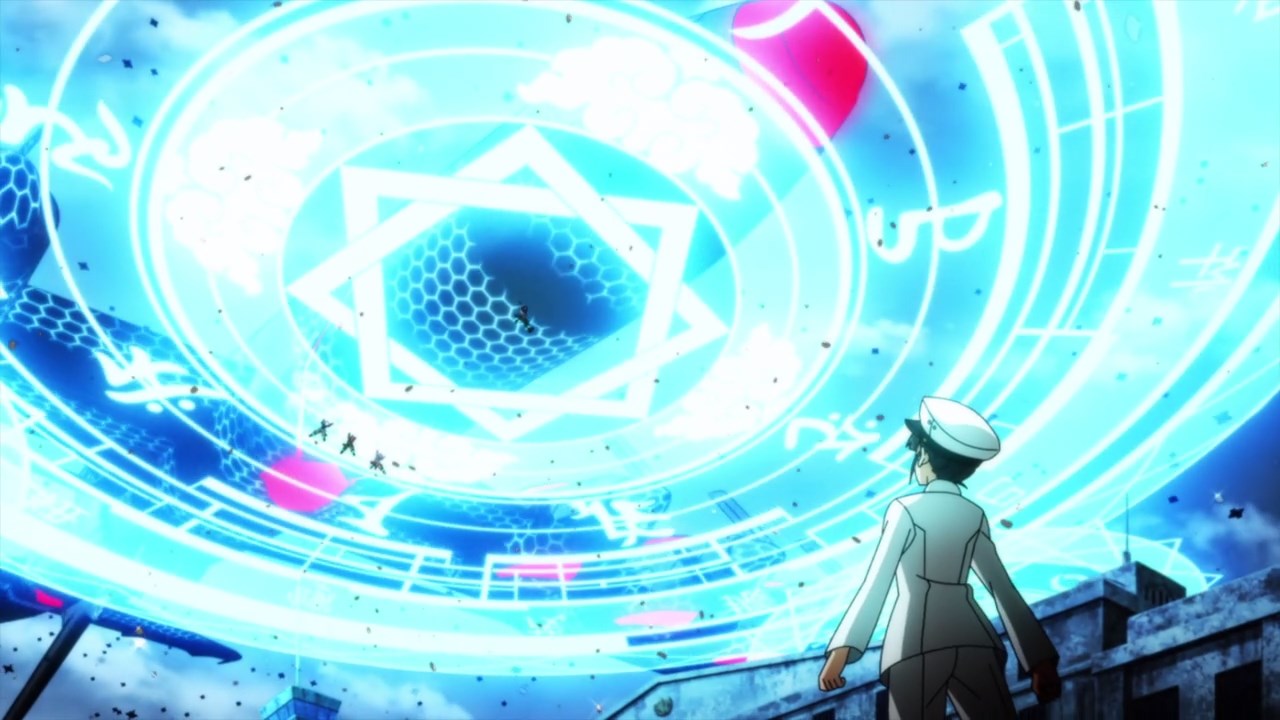 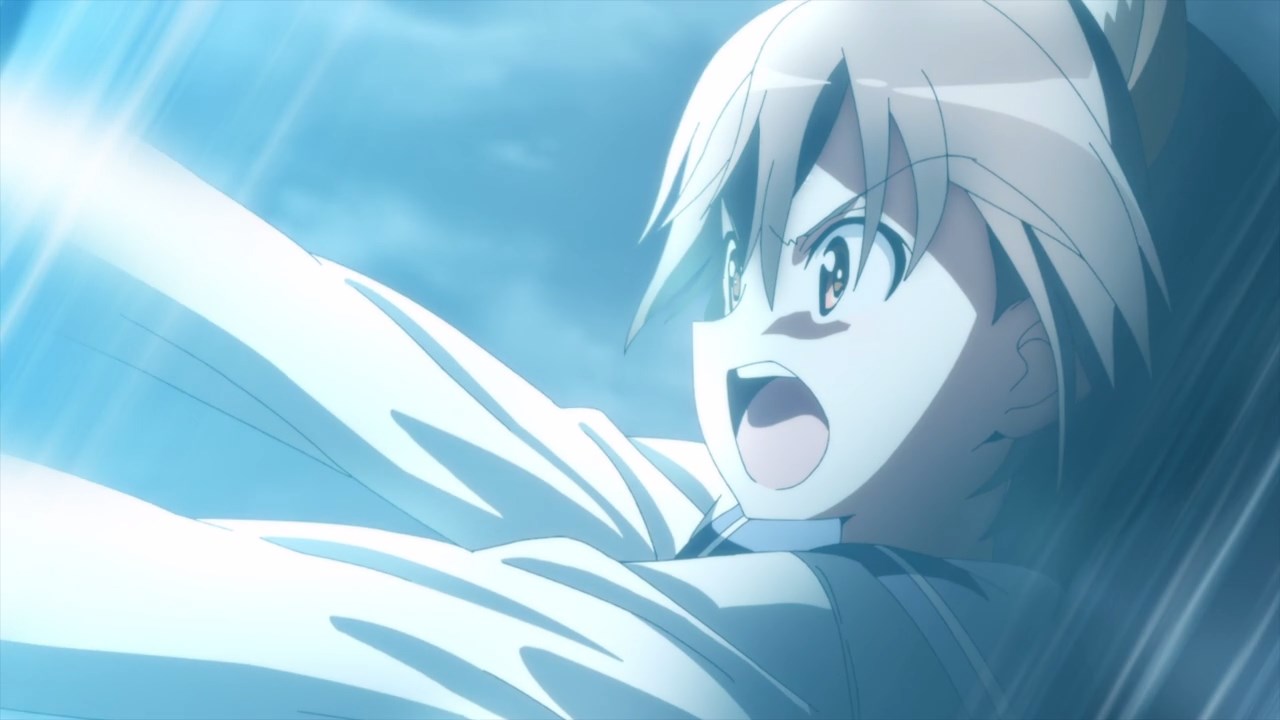 Fortunately, there’s Yoshika Miyafuji where she used her barrier to stop the Neuroi bomber from destroying the air base. Of course, I’m still worried that she might ran out of juice. 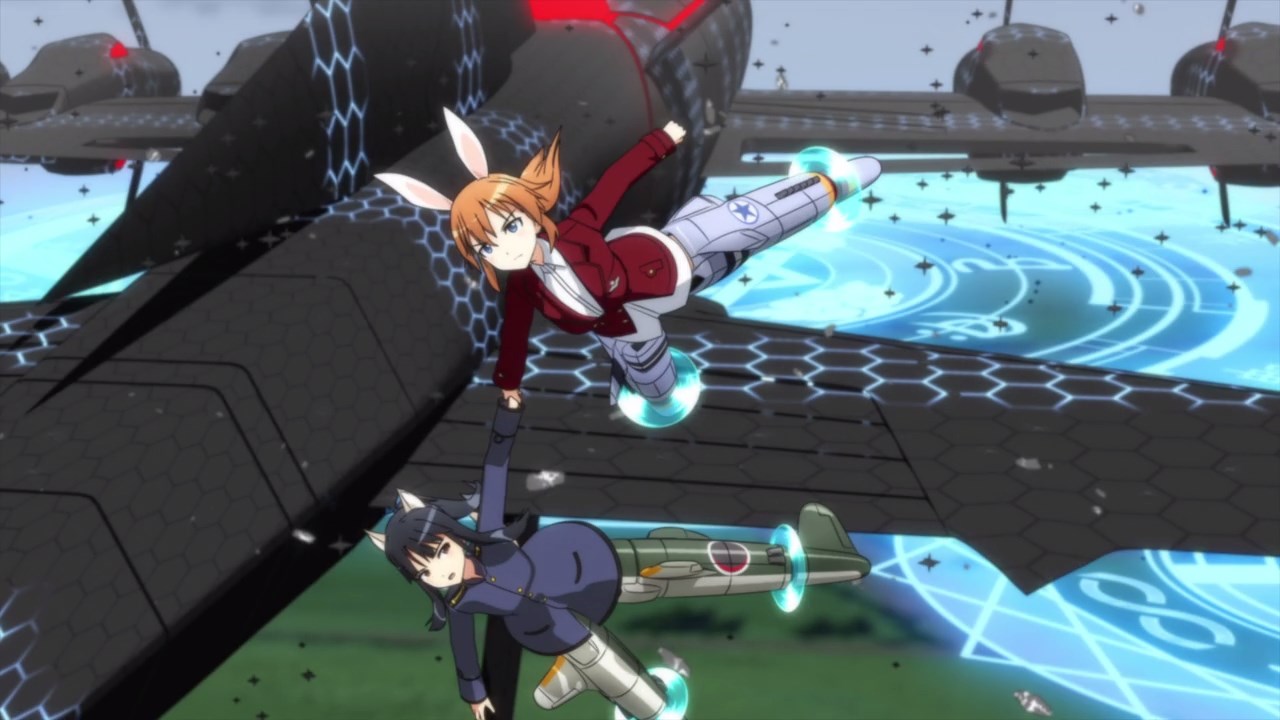 So while Miyafuji is pushing the enemy away from the base, Charlotte Yeager stepped in to save Shizuka Hattori as she can’t fly with her injured leg. 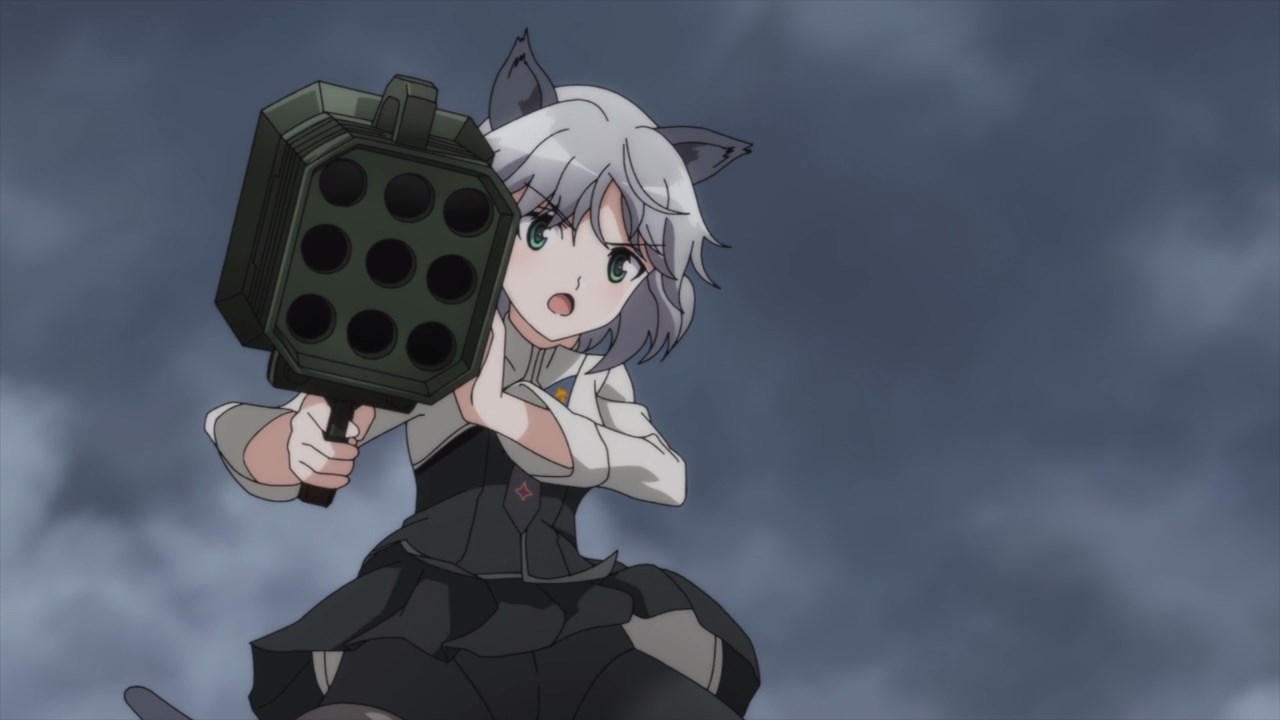 Now that Hattori is saved, it’s time for Sanya Litvyak to fire missiles at the core. 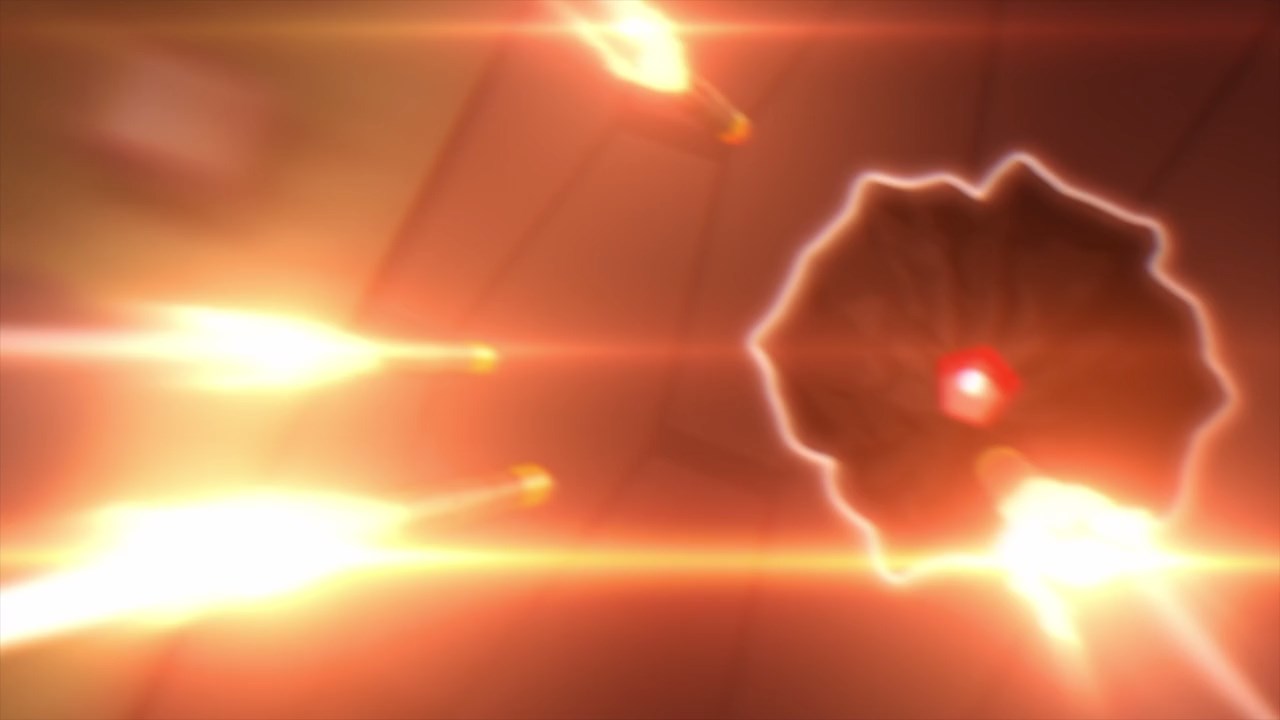 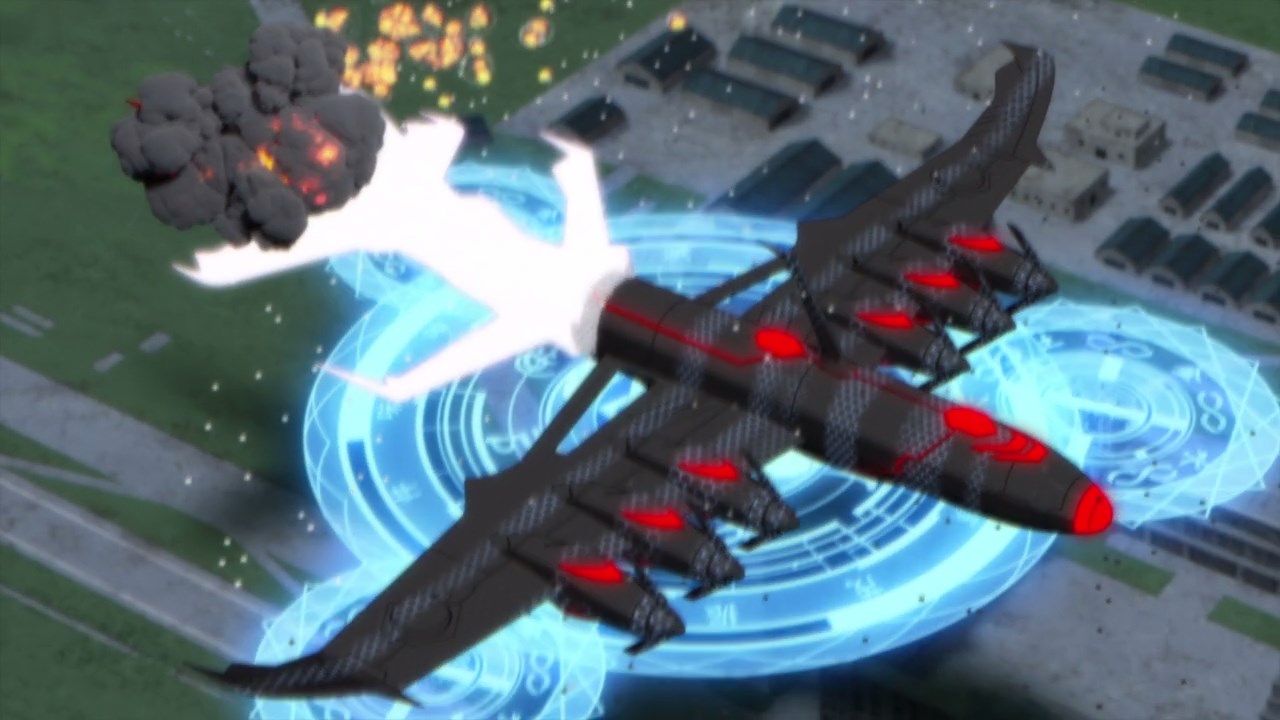 And as you can see, the Neuroi bomber is destroyed as Kiel air base is saved. Now the only thing I’m worried about is Yoshika Miyafuji. 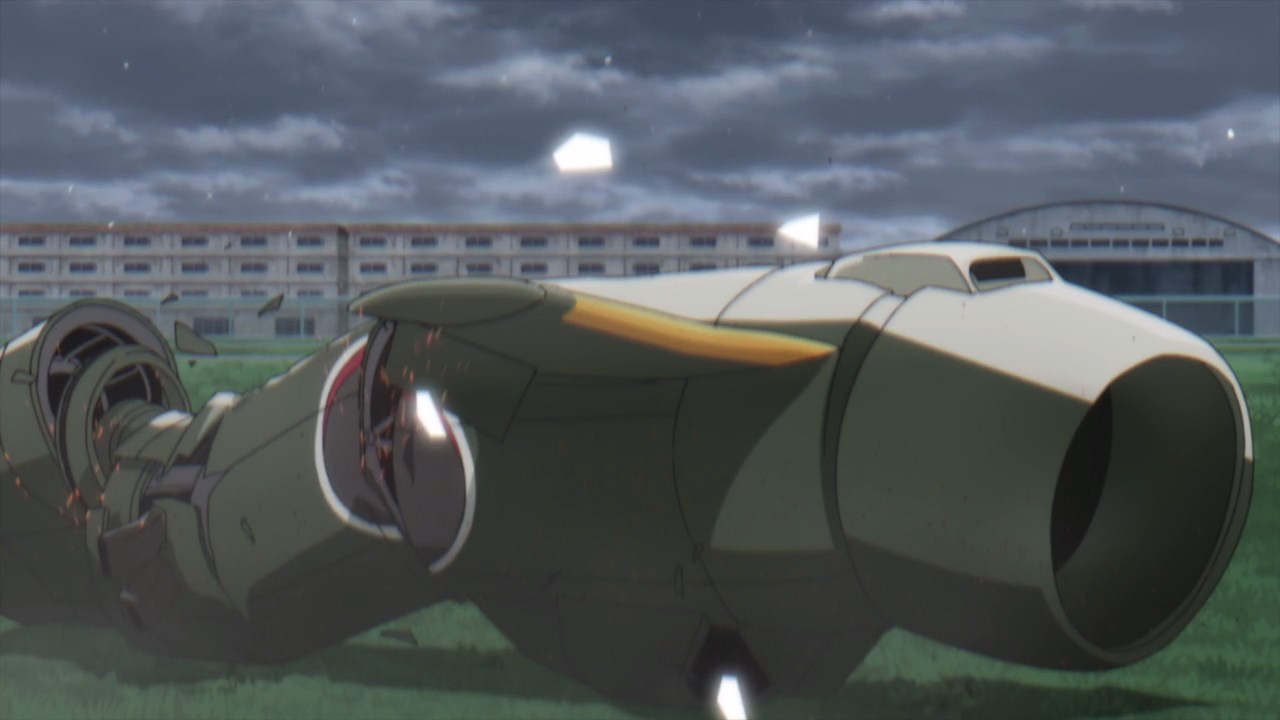 Unfortunately, it appears that her Striker Unit was dropped to the ground. I have a feeling that she’s ran out of juice. 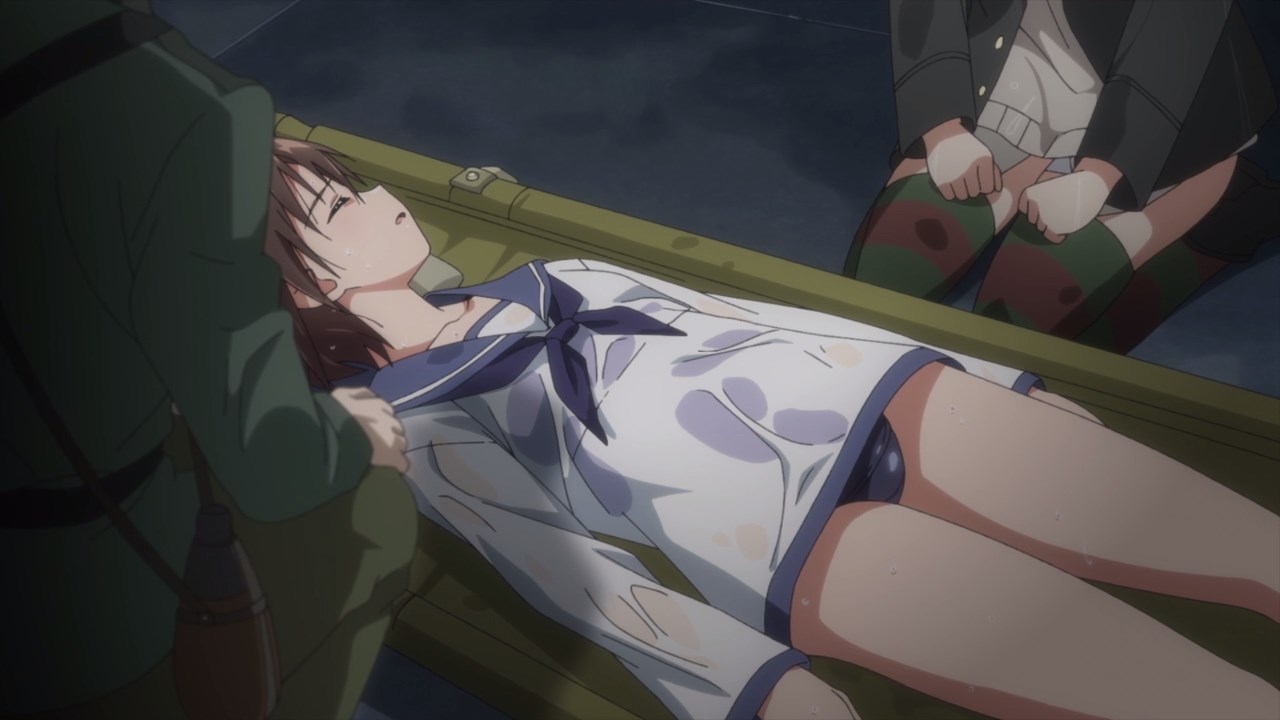 And this is what I feared for as Miyafuji collapsed where her magic supply runs dry. Worse of all is that she can’t use her magic anymore. 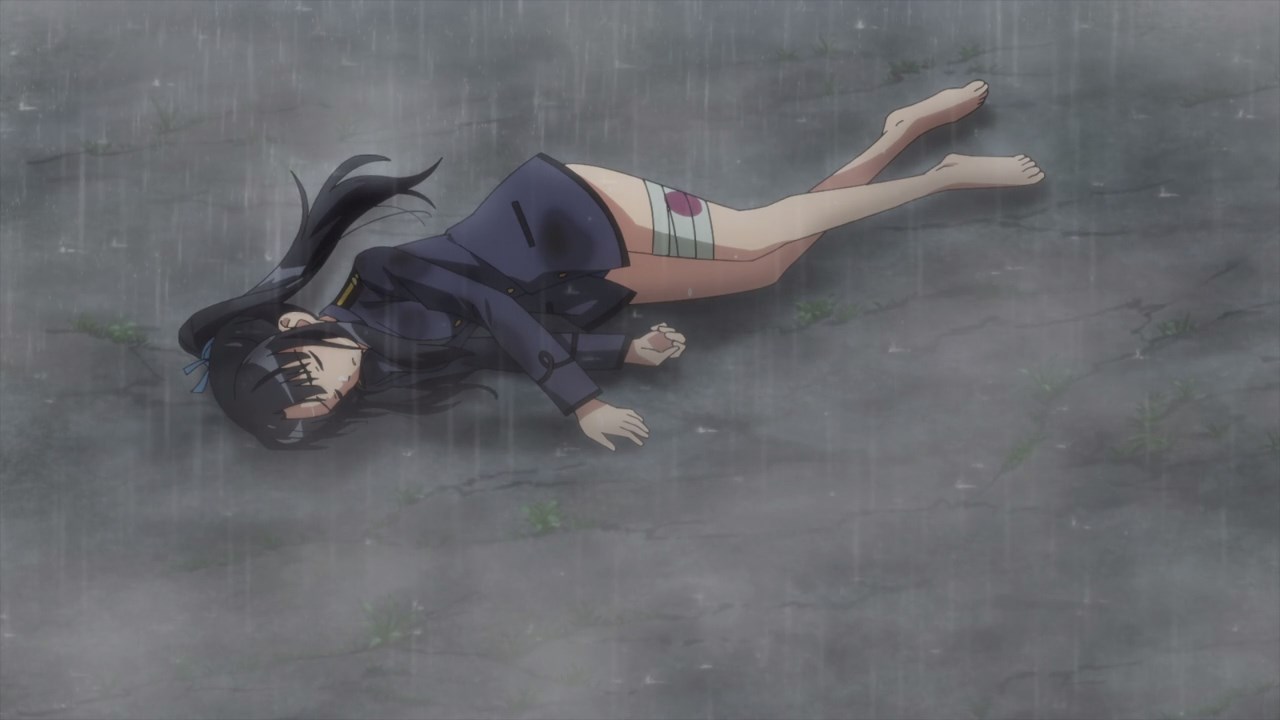 And as for Shizuka Hattori, it appears that she collapsed too. Dammit, 2 witches from the Fuso Empire are out of commission at the end of this episode!

Now then, I fear that without Yoshika and Shizuka around, the Neuroi will continue to push the 501st Joint Fighter Wing away from Berlin with their relentless attacks. Anyways, tune in next time.