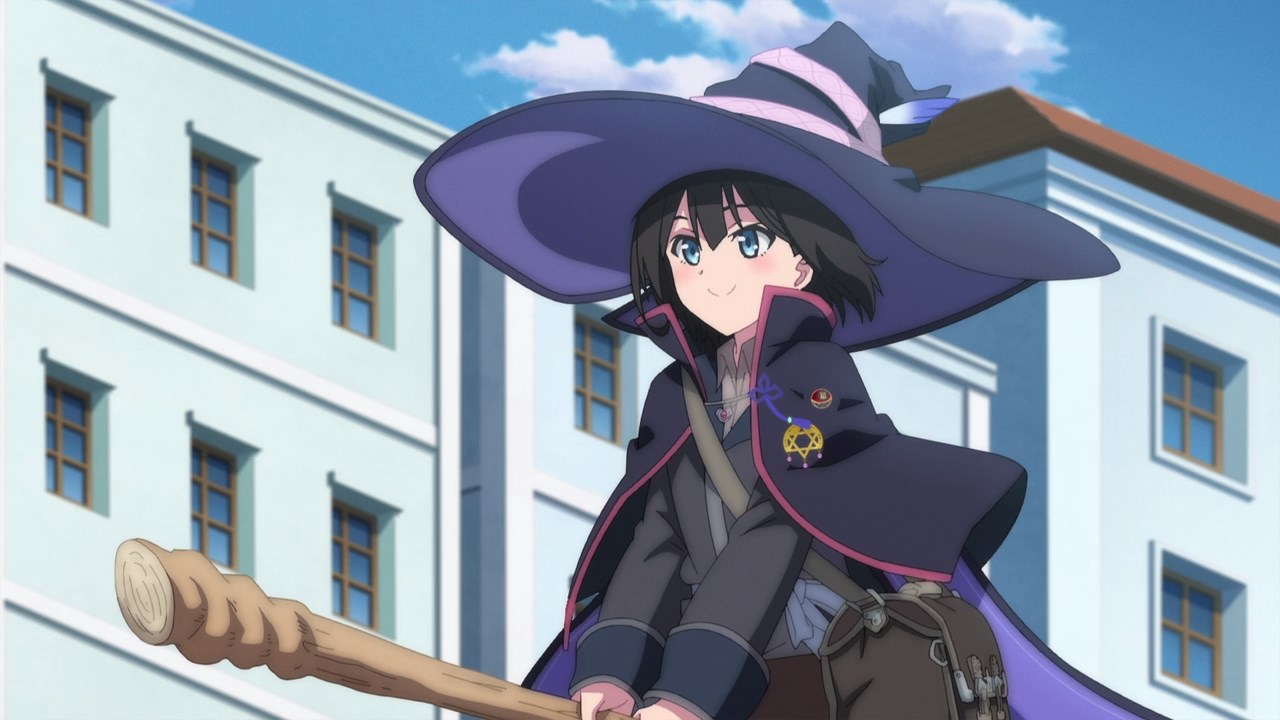 Here’s Saya the Charcoal Witch where she’s here in Qunorts to deliver a mysterious parcel to the Magic Association.

I don’t know what kind of item she’s delivering, but I’m hoping that Saya is okay ’cause there are reports that a certain criminal group has returned to terrorize the town. 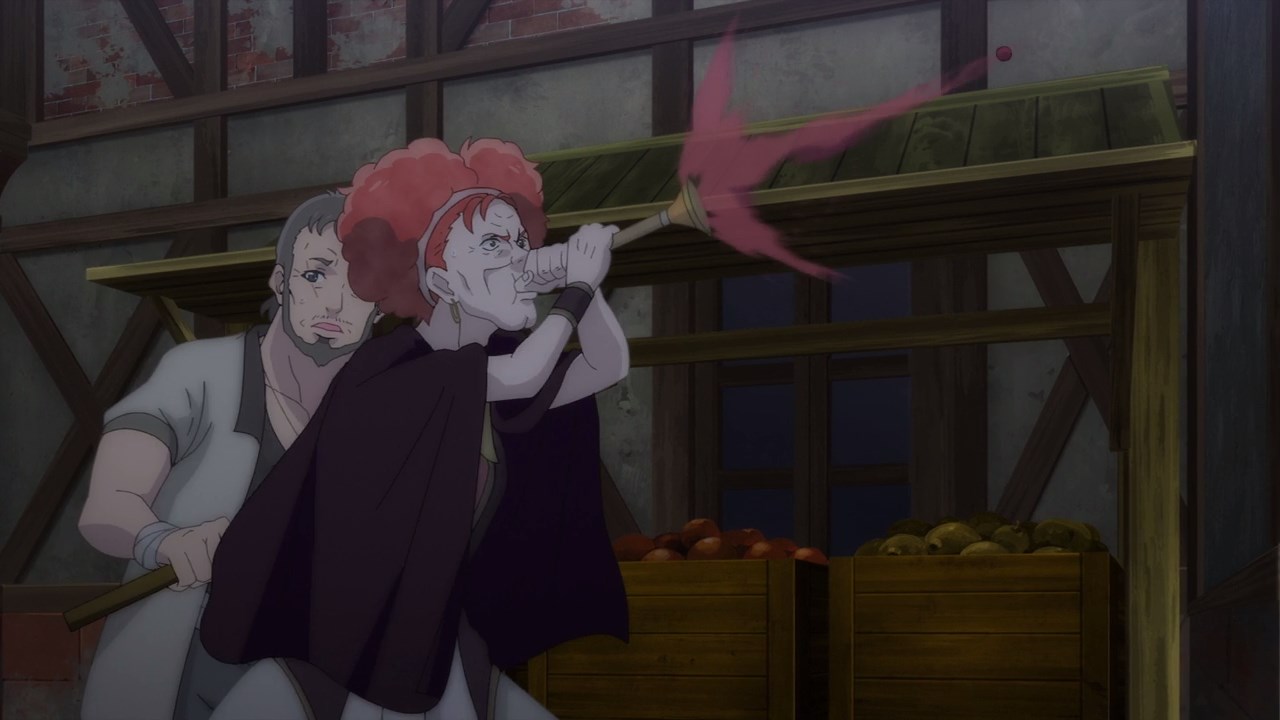 And speaking of that certain criminal group, the Curio Company has returned to bring terror to Qunorts once again and possibly annoy the witches. 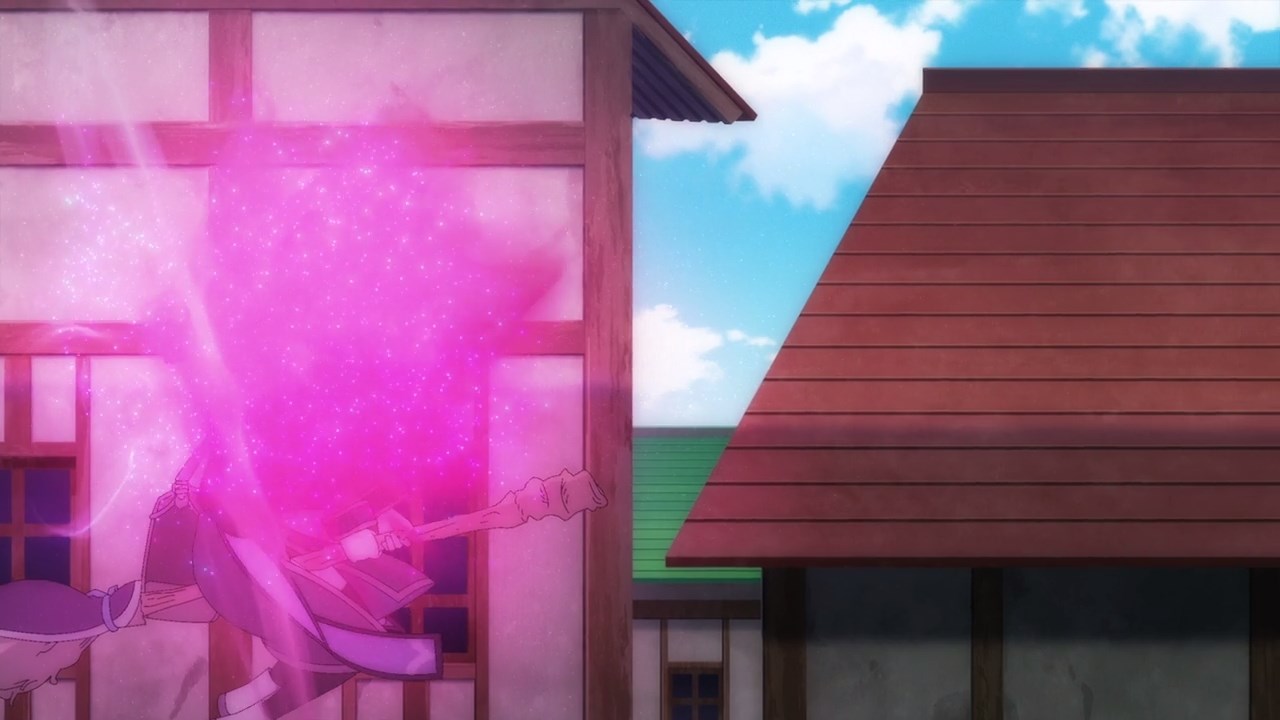 Anyways, the leader shoots a ball of smoke towards Saya and I don’t know what kind of sorcery is she planning to do towards those witches. Let’s hope that Saya is okay. 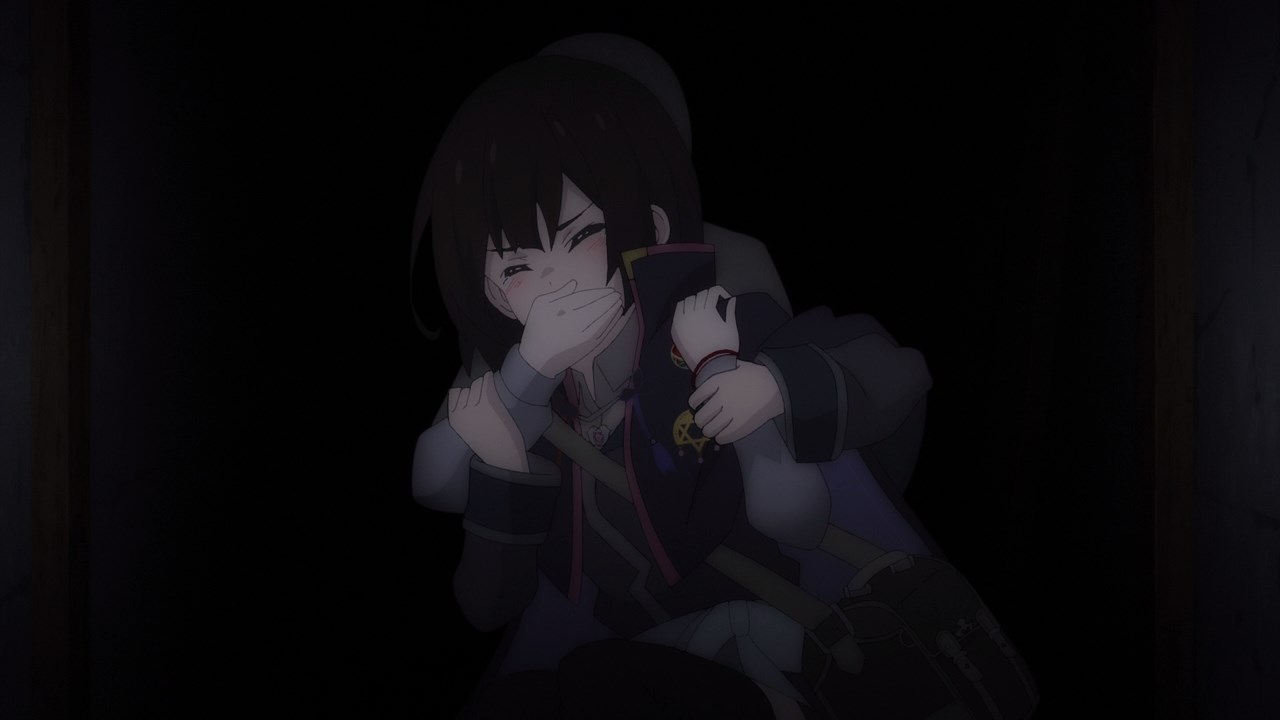 On second thought, she got kidnapped by someone from the Curio Company… or is it? 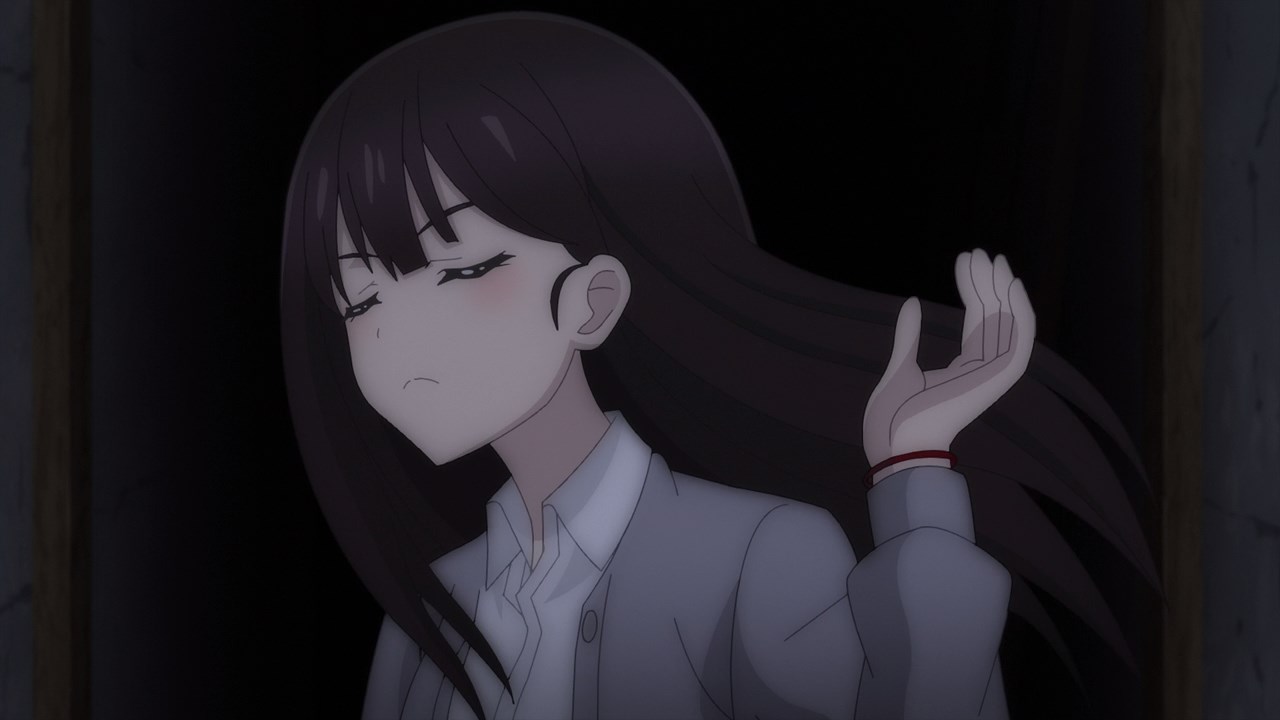 While Saya is happy to see her little sister again, Mina warned her not to open the box no matter what. 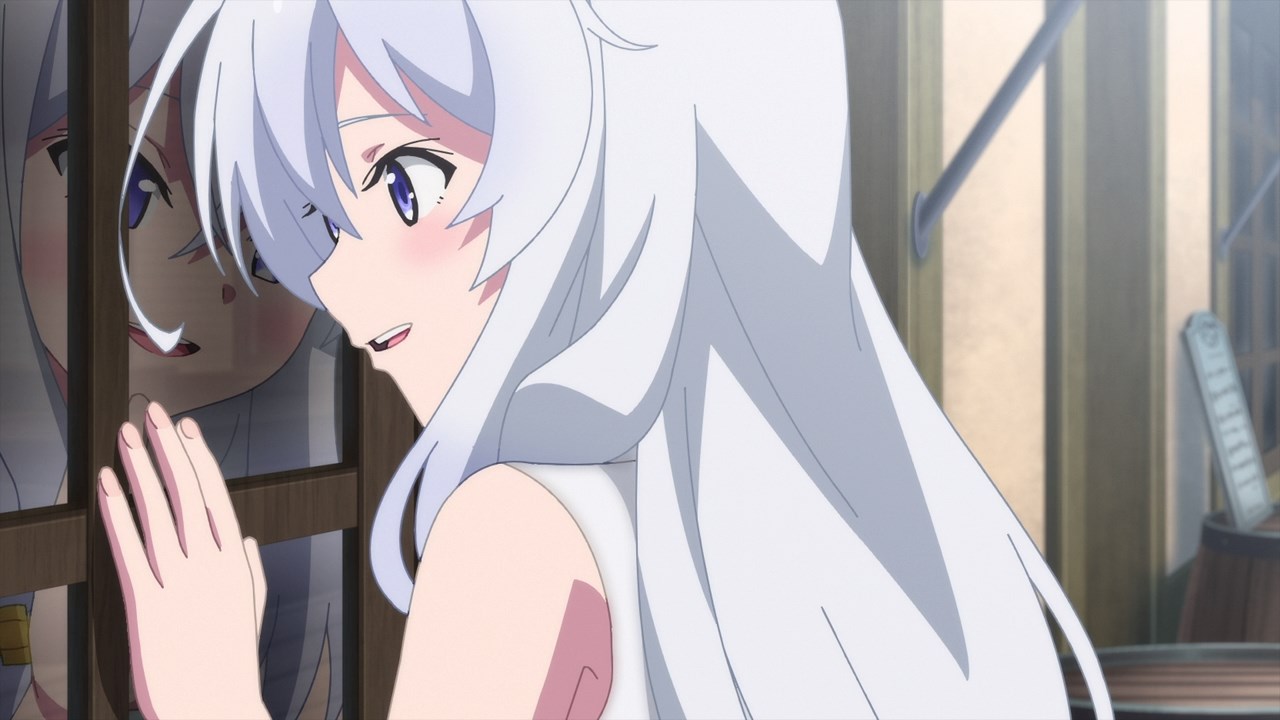 Now let’s go back to Elaina where she’s visiting various places in Qunorts, like this cafe where Nike’s apprentices stayed there.

Then again, I think the Ashen Witch should keep her guard up. Who know when will those goons attack her. 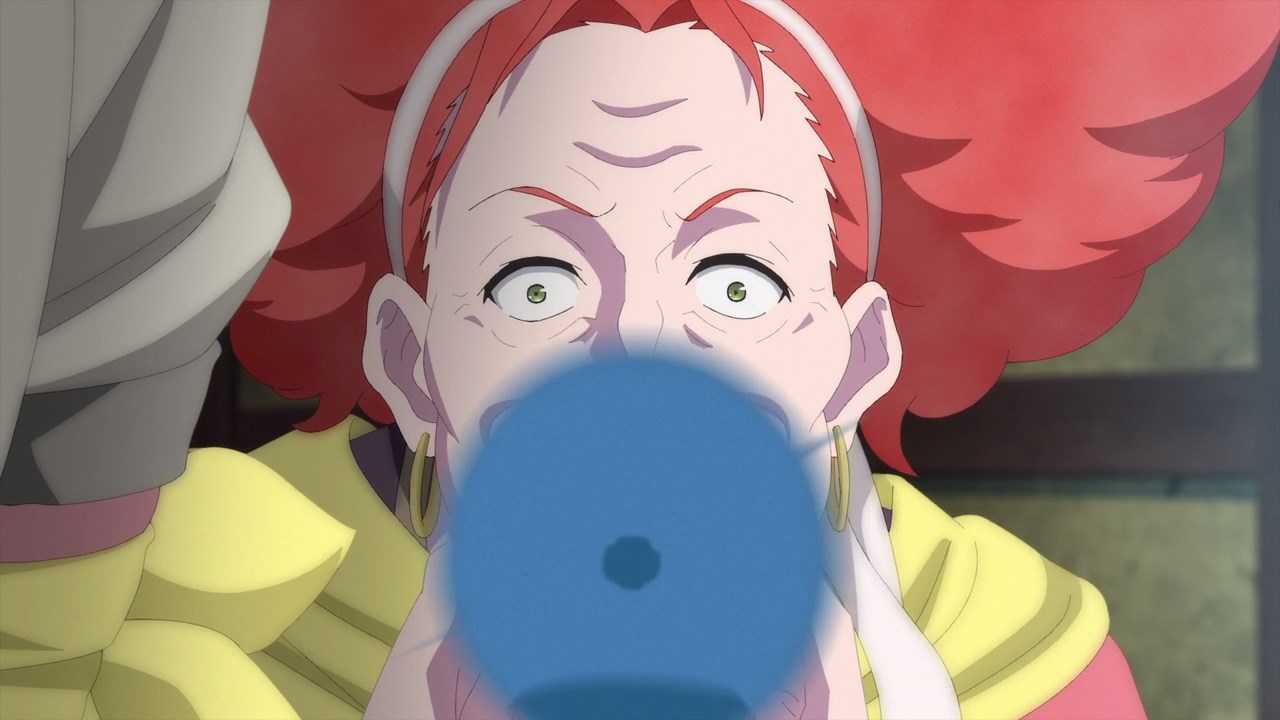 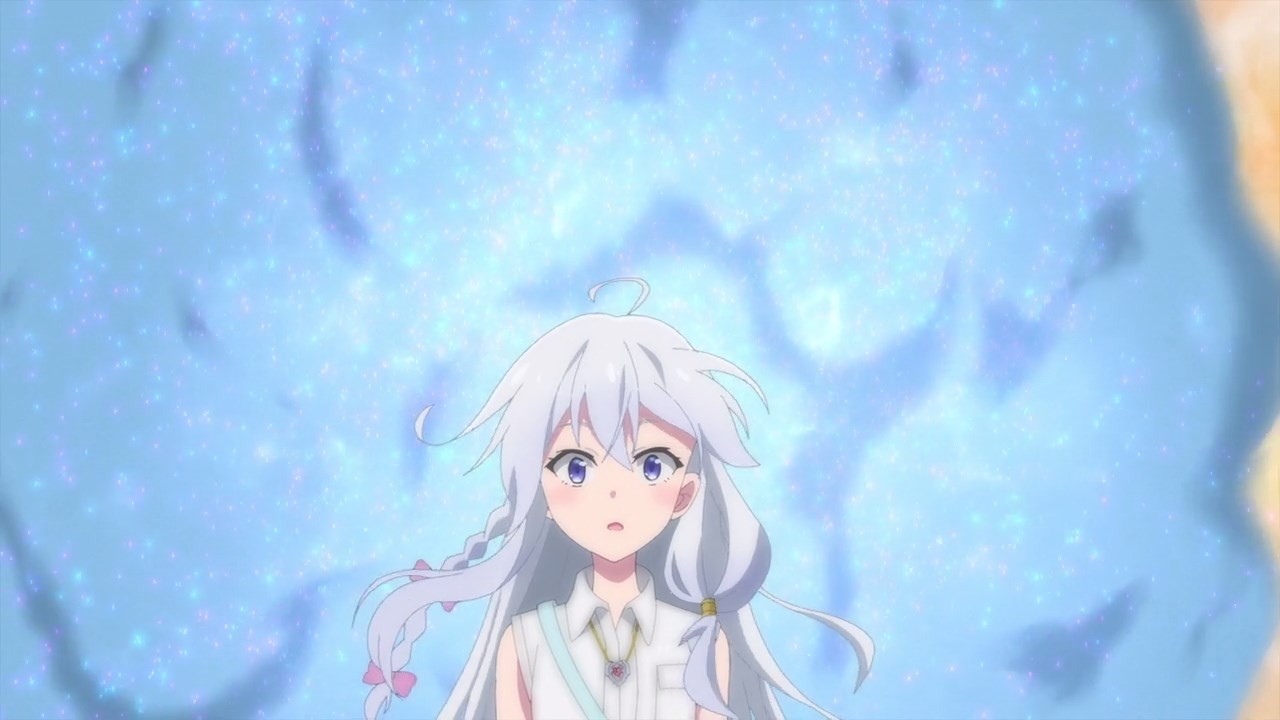 Sadly for Elaina, it appears that she let her guard down as the leader of the Curio Company shoot the same ball of smoke towards the Ashen Witch.

And here’s the thing about the mysterious ball of smoke because it switches bodies, meaning that both Elaina and Saya got a Freaky Friday moment for them. Yeah, I don’t like the sound of that. 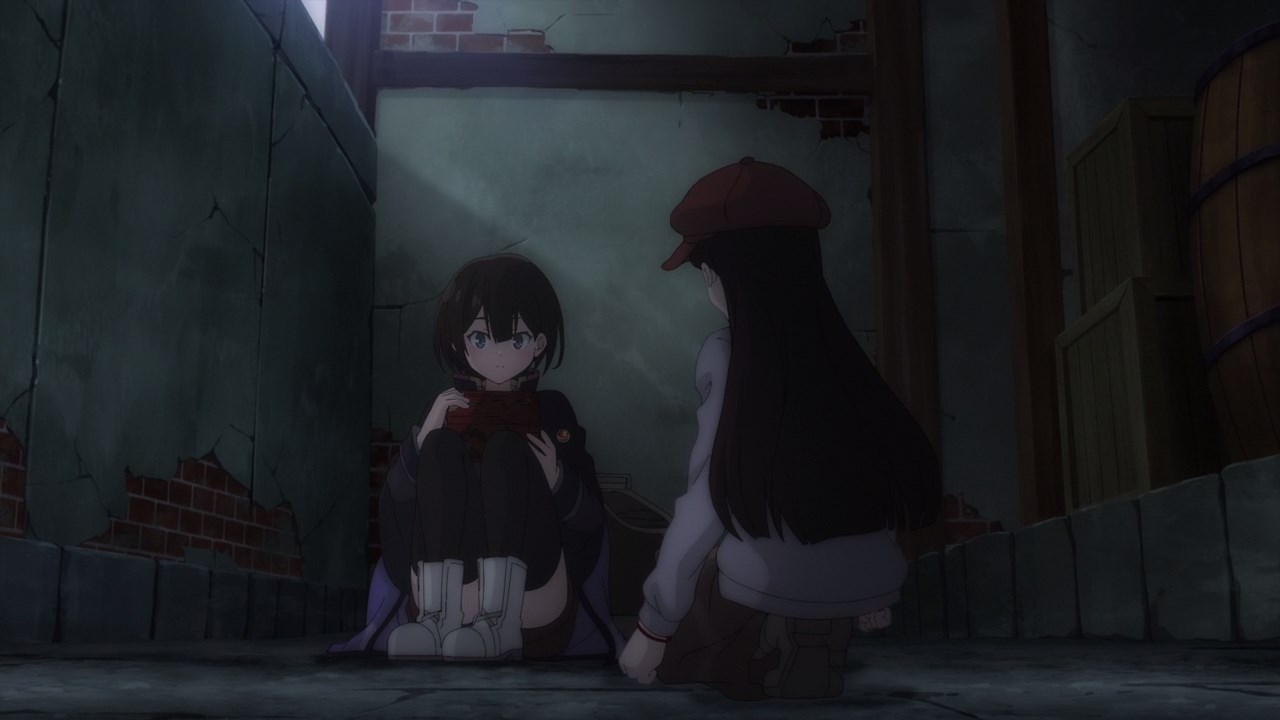 Anyways, here’s Saya… or should I say Elaina as she’s at the slums, not know about the current situation like Saya’s sister or even the mysterious box. 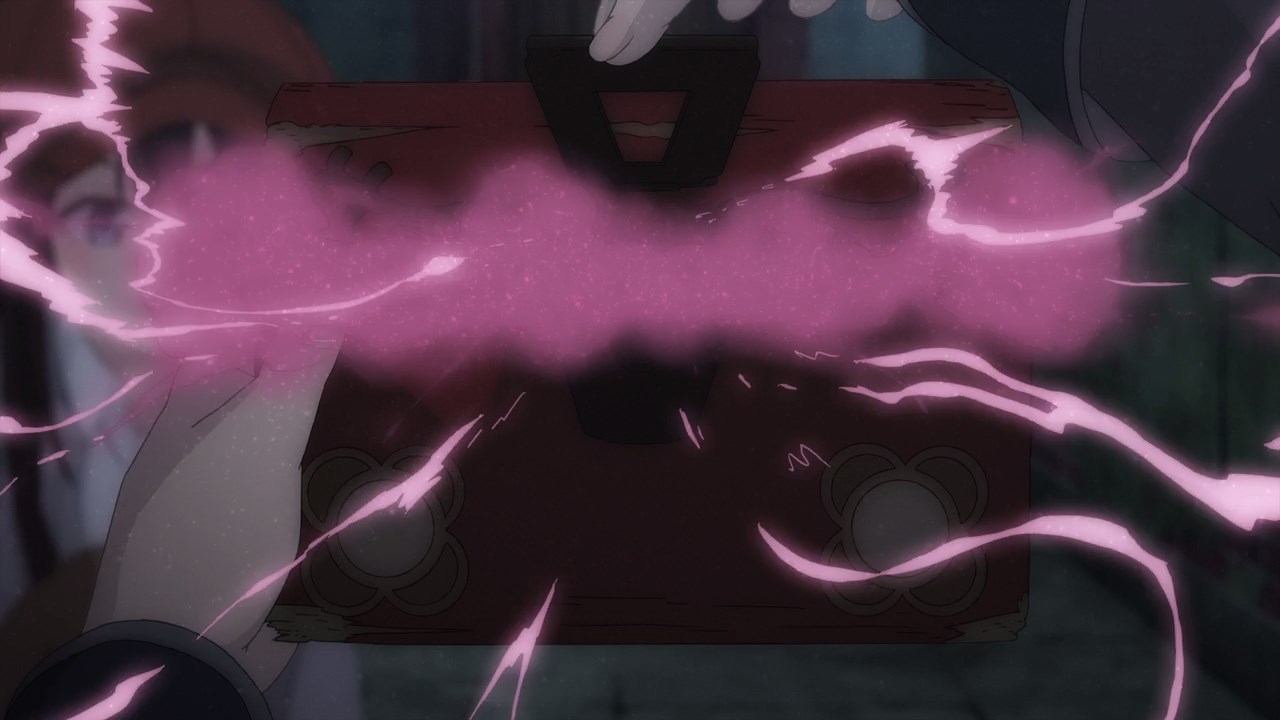 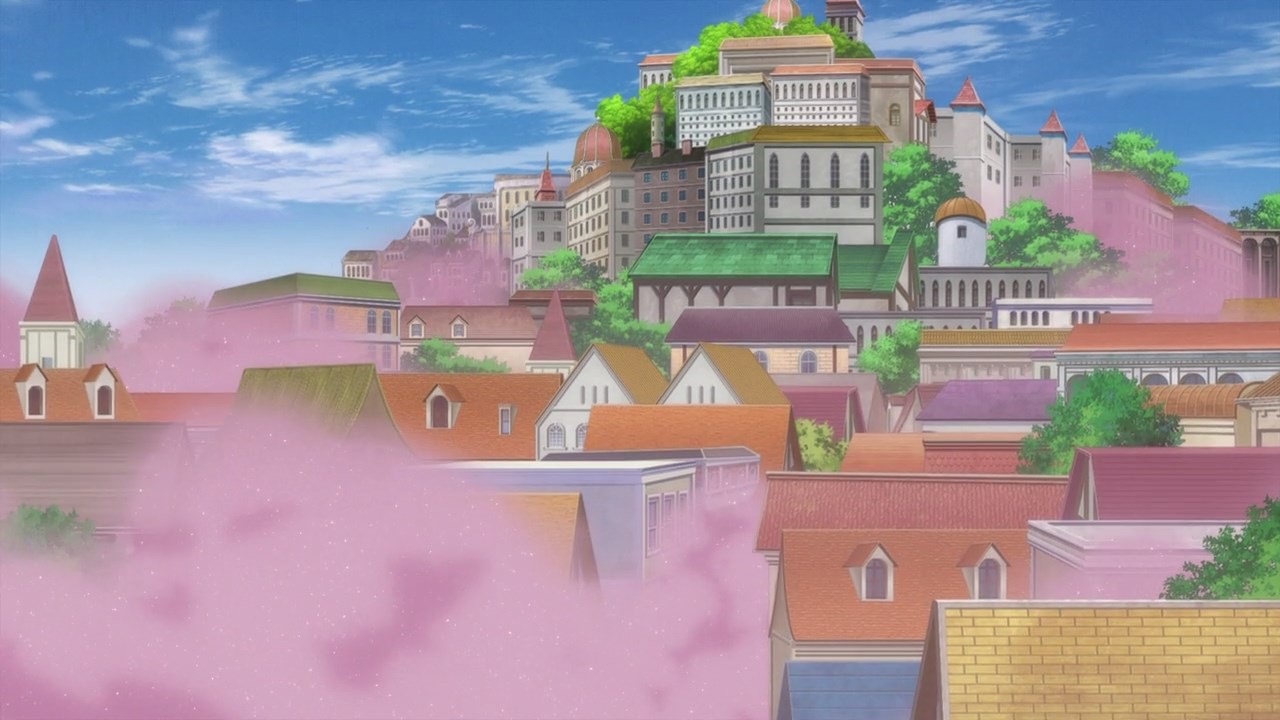 But speaking of the mysterious box, looks like Elaina accidentally opened it in which a pink cloud of smoke engulfs the entire town. 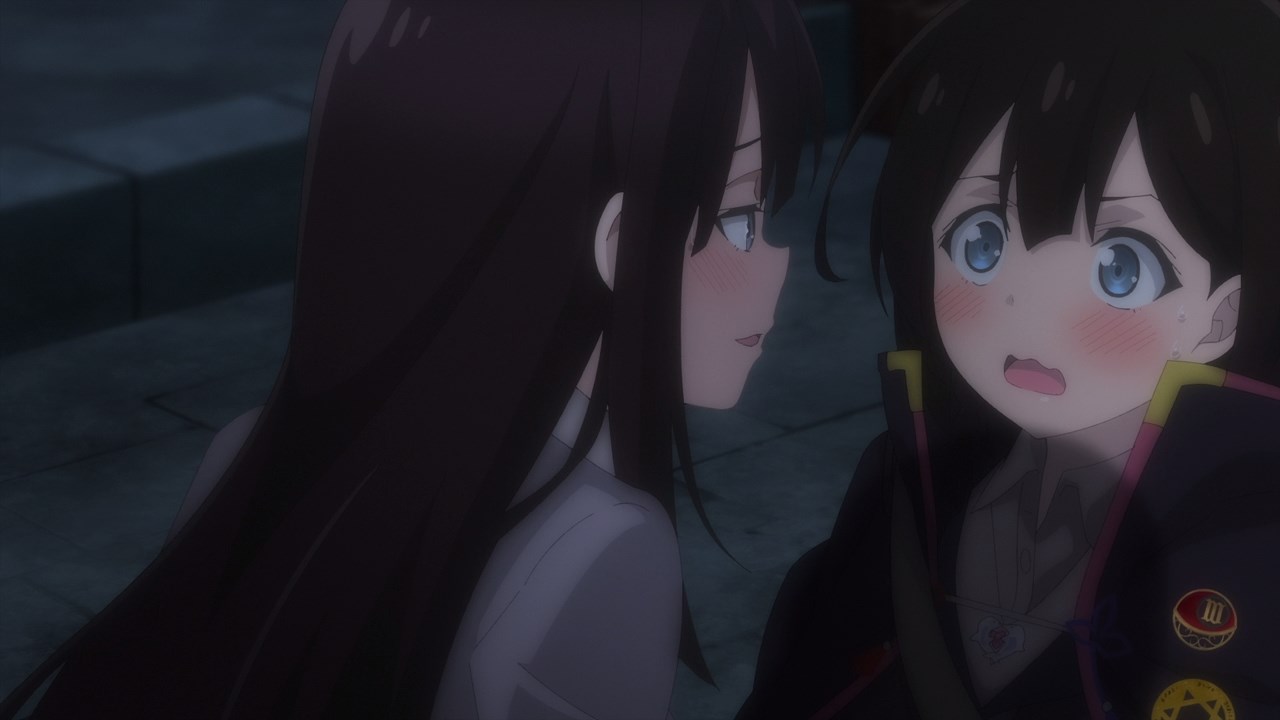 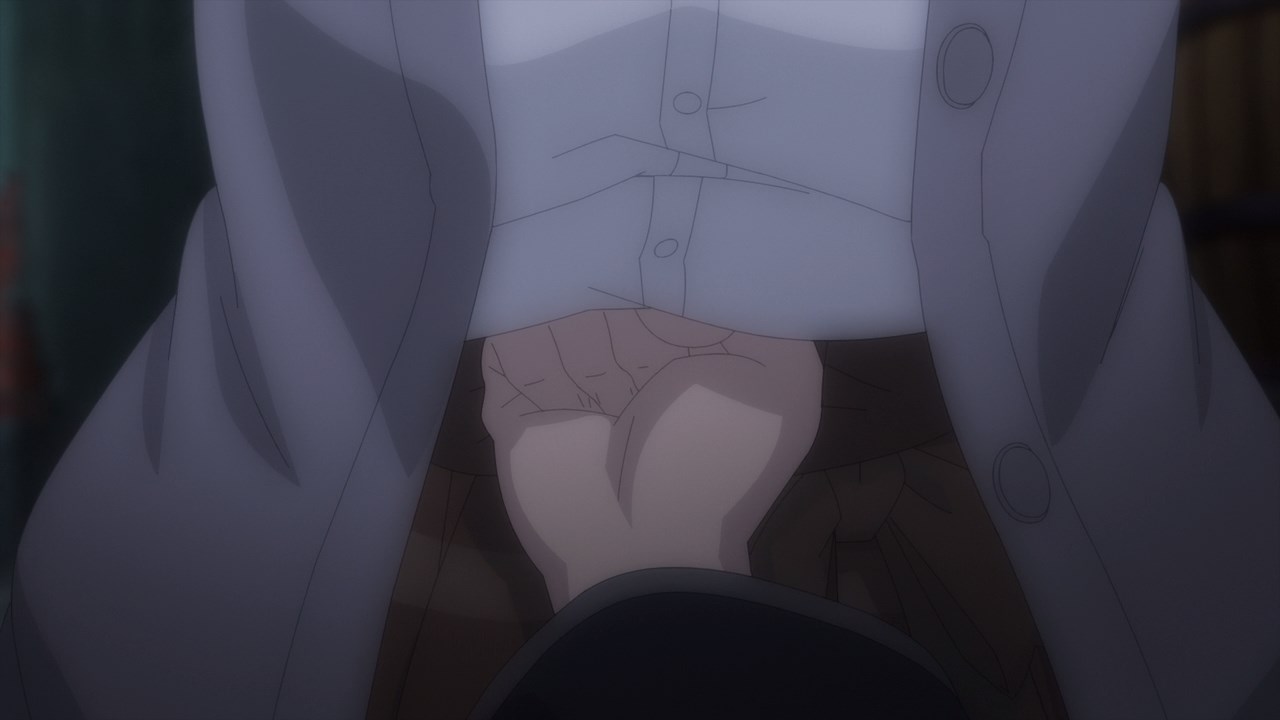 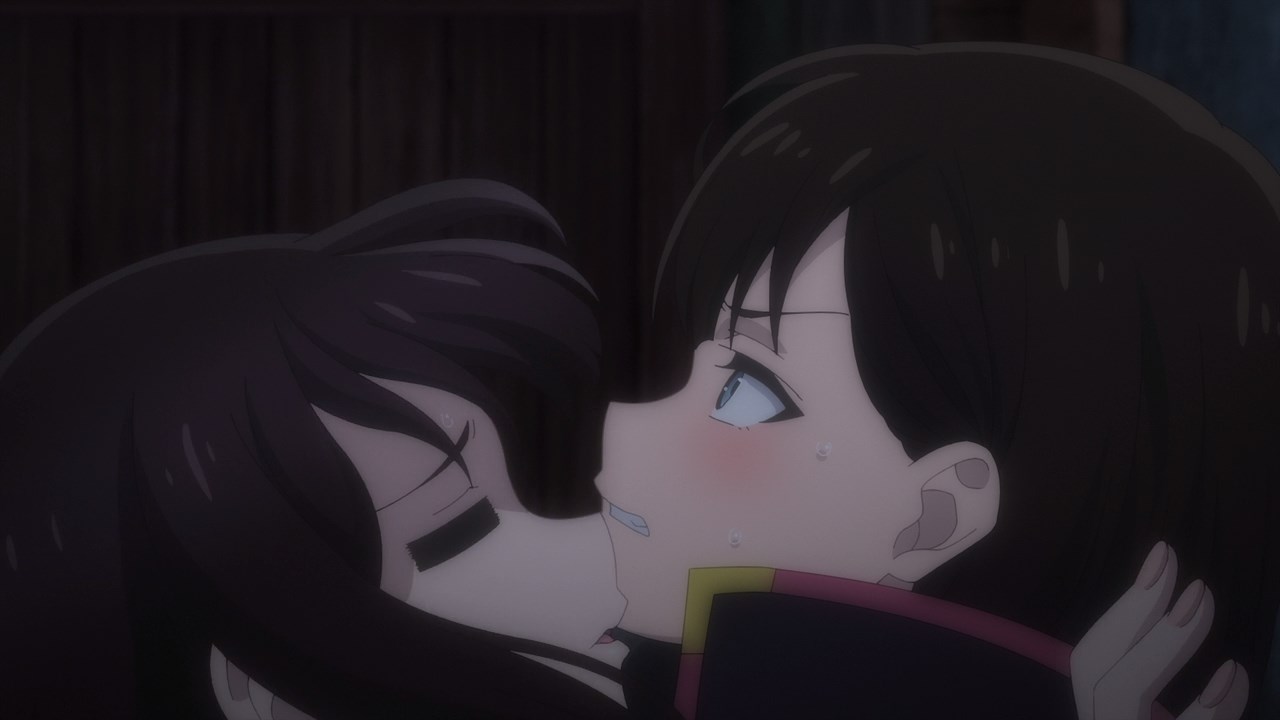 Fortunately, Elaina knocked Mina out with a gut punch. Now the only thing left to do is to find Saya. 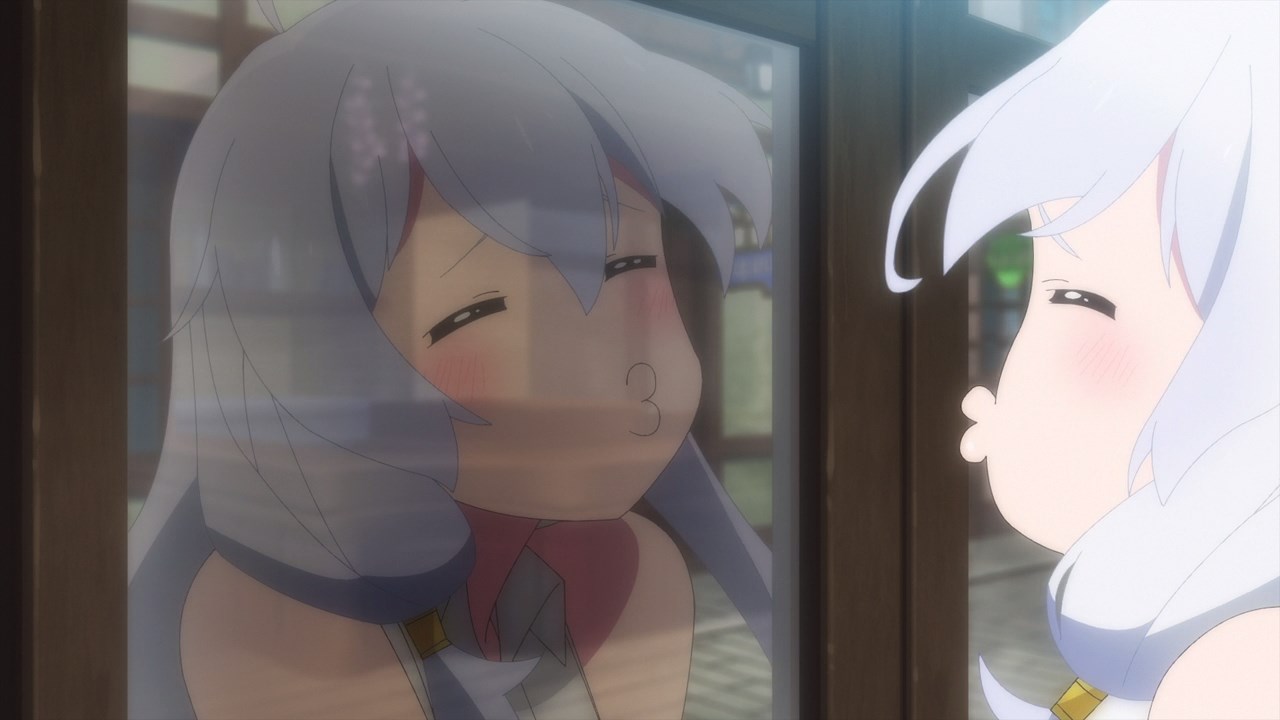 Then again, it appears that Saya got affected by the pink smoke as she’s madly in love with Elaina, even though Saya is currently possessing Elaina’s body. 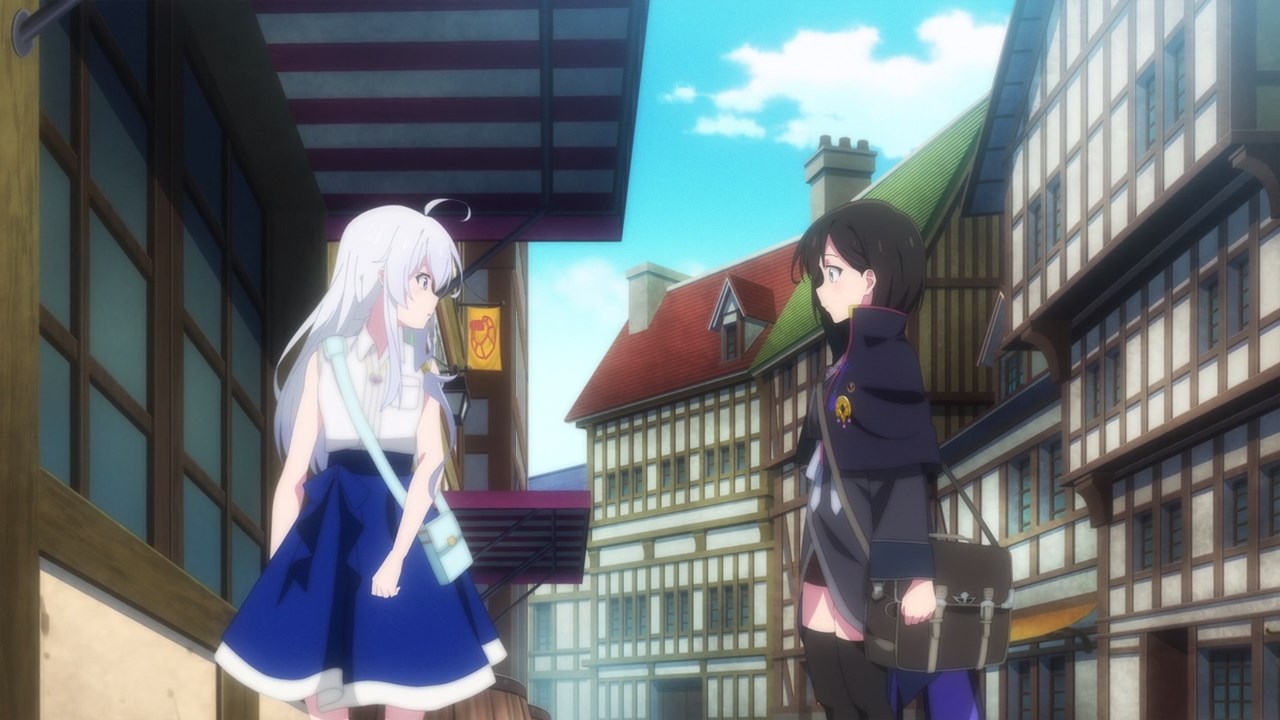 Fortunately, Elaina managed to catch up with Saya where she wants some explanation towards the Charcoal Witch. However, Saya doesn’t know why she end up in Elaina’s body. 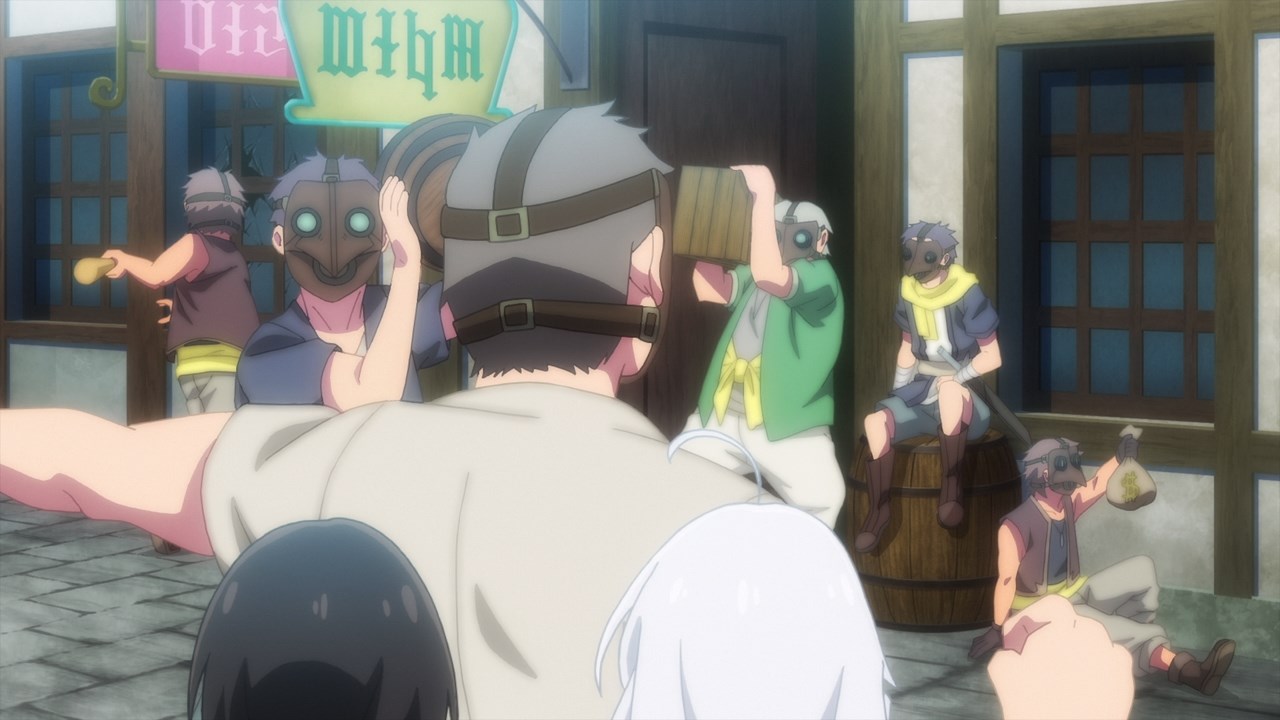 You know what, I think it’s time for Elaina to ask some questions towards the Curio Company where they’re busy stealing things.

Oh, and they’re wearing masks which is why they’re not affected by the pink smoke of arousal. 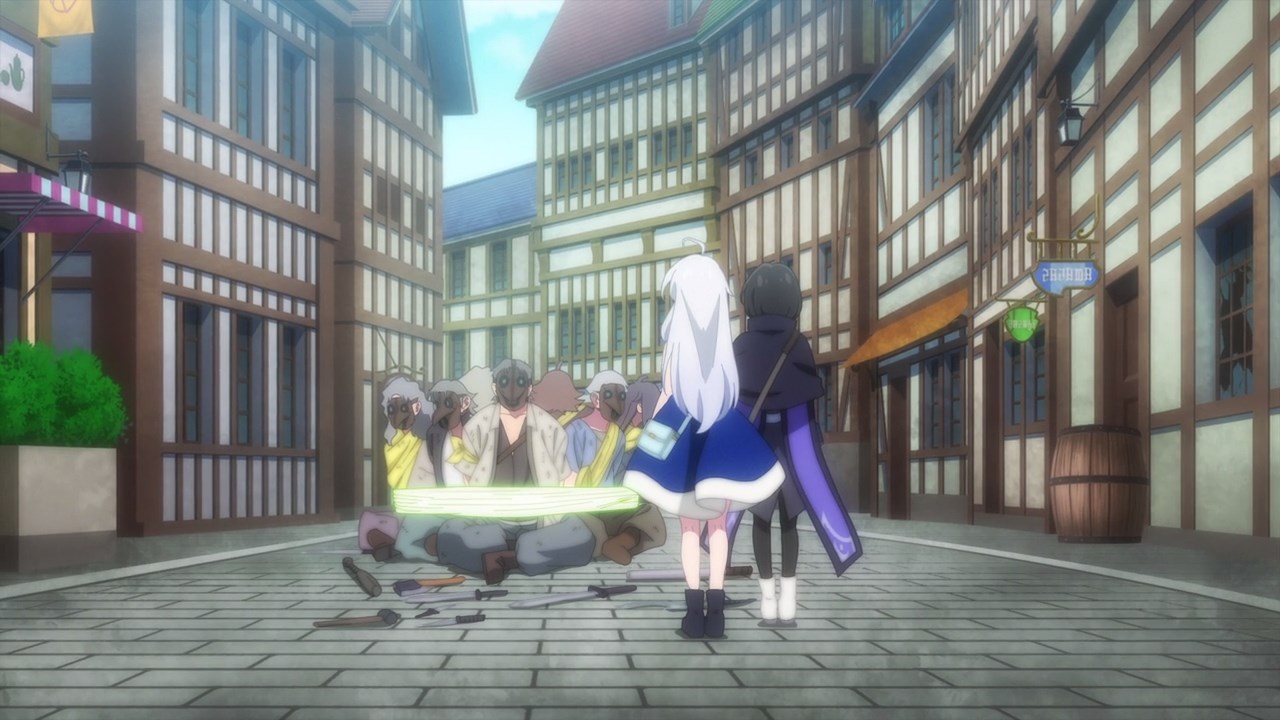 Then again, the Curio Company is still weak as ever as Elaina single-handedly capture every goon across Qunorts. 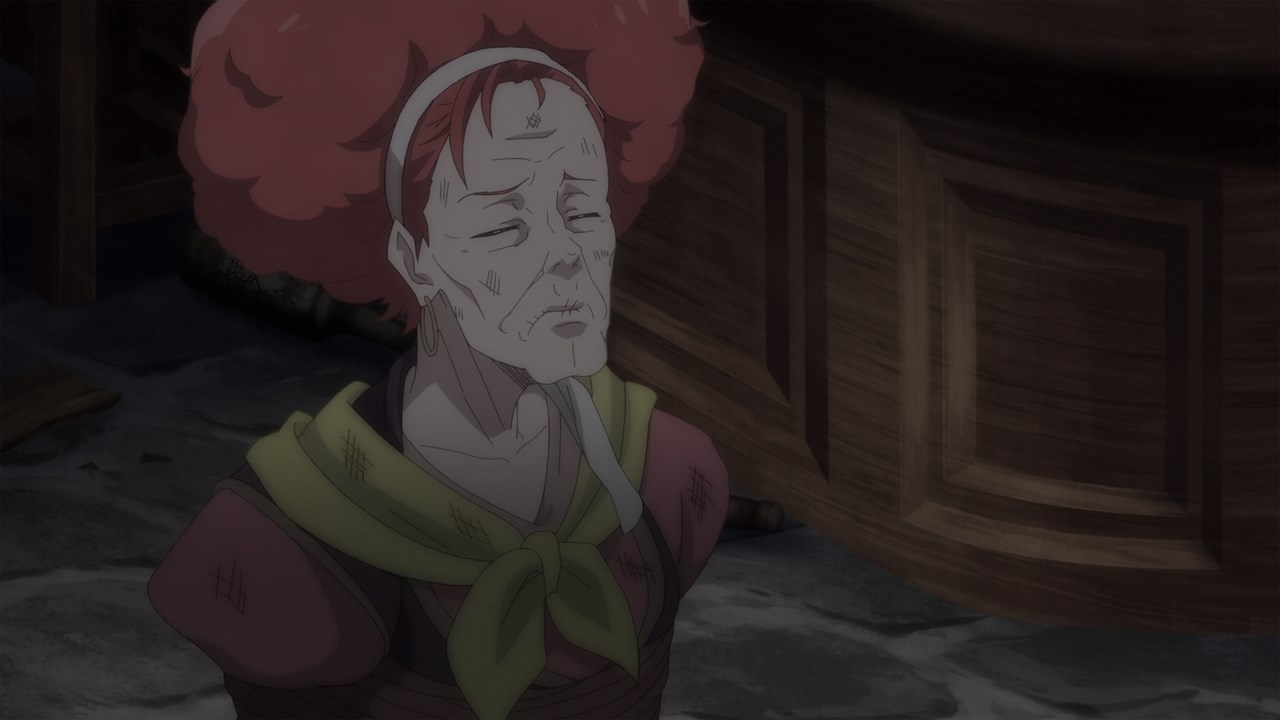 Also, the leader is captured too where she still couldn’t put up a fight against the witches. 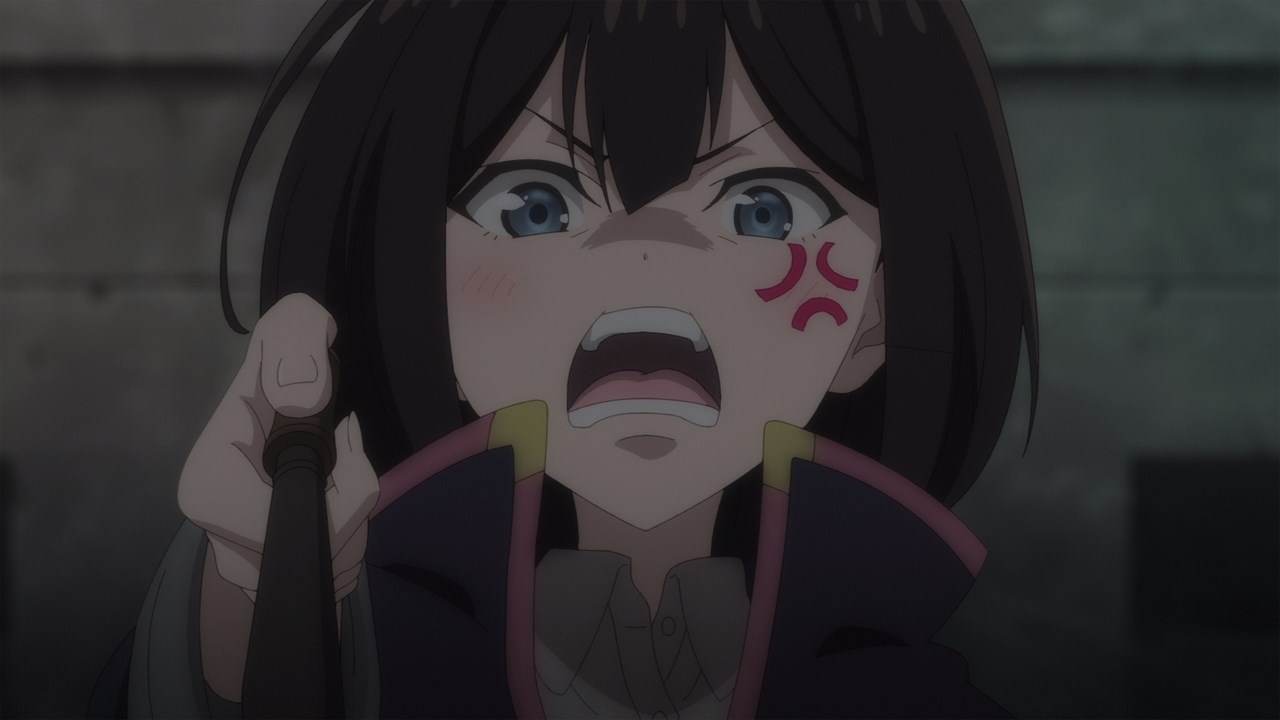 Of course, there’s Elaina where she demands the leader to reverse the spell. I mean, she doesn’t want to be stuck in Saya’s body forever.

However, the leader doesn’t know how to remove the spell since she’s getting a bit old. Then again, I feel that the spell will eventually disappear. 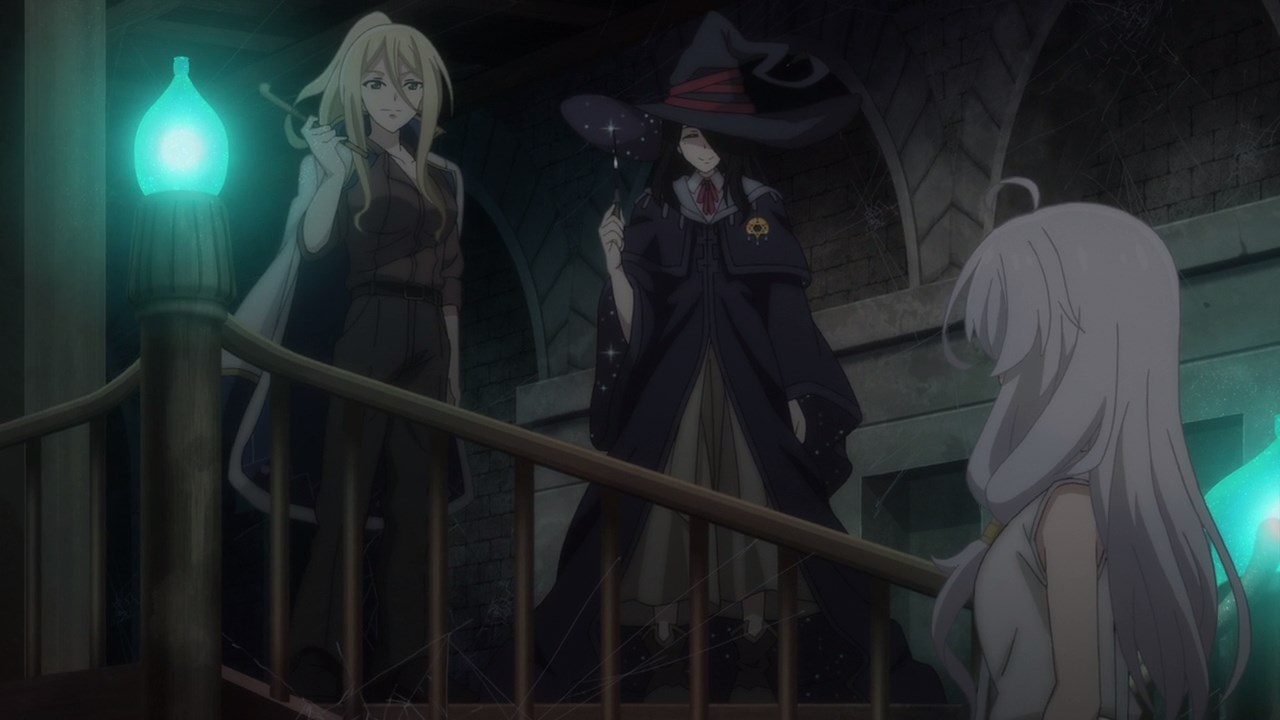 Meanwhile, both Sheila and Fran have arrived to arrest the leader of the Curio Company. Then again, their respective apprentices already taken care of those goons. 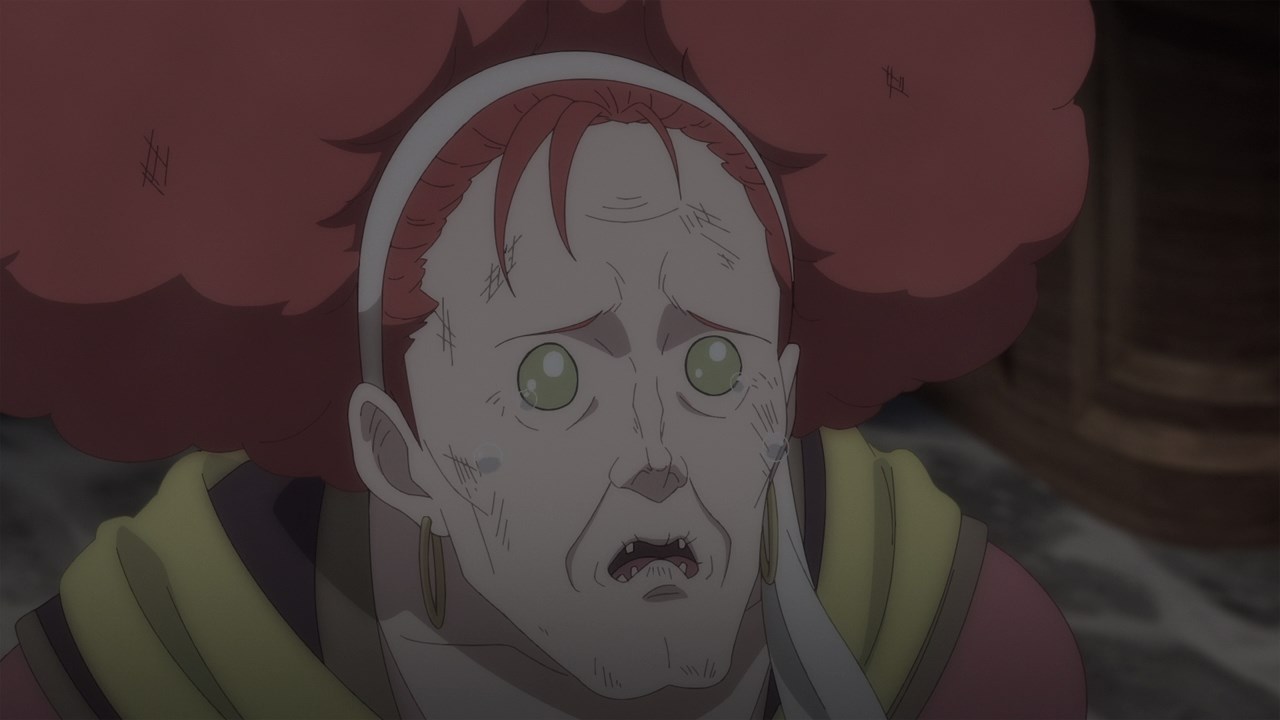 With that said, looks like the Curio Company menace is over, although Qunorts is still being plagued by the pink smoke of desire. 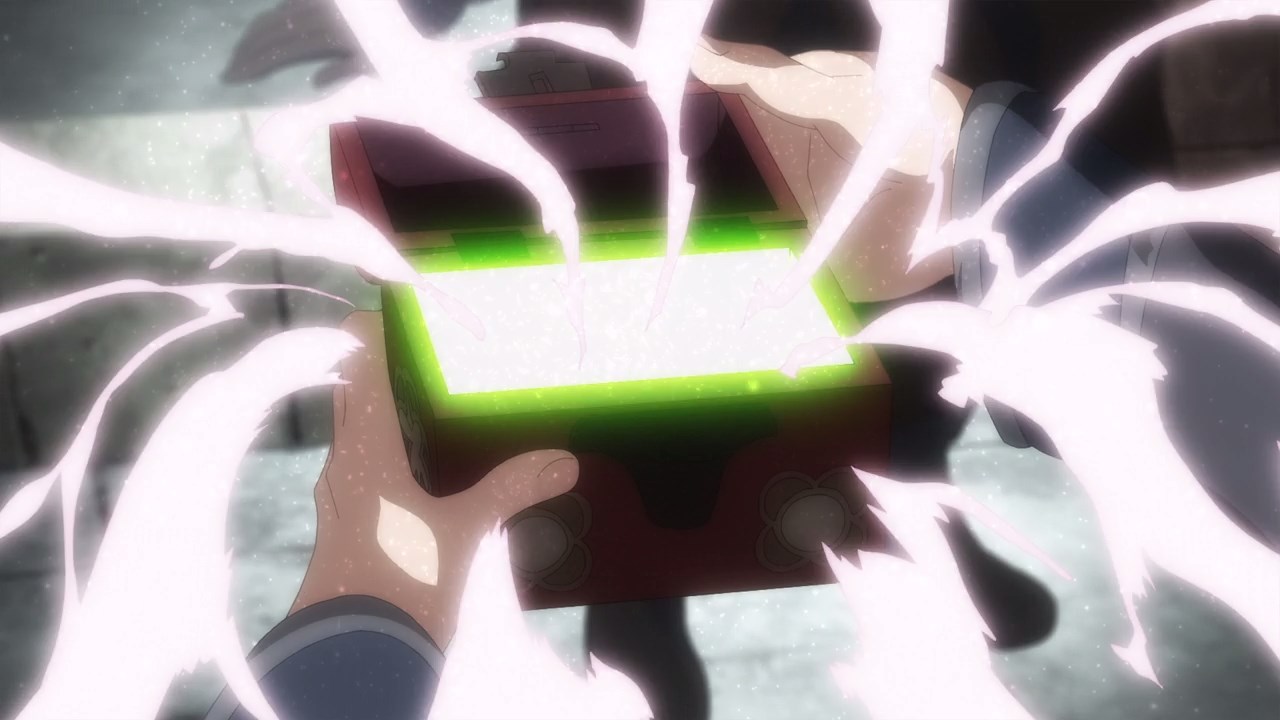 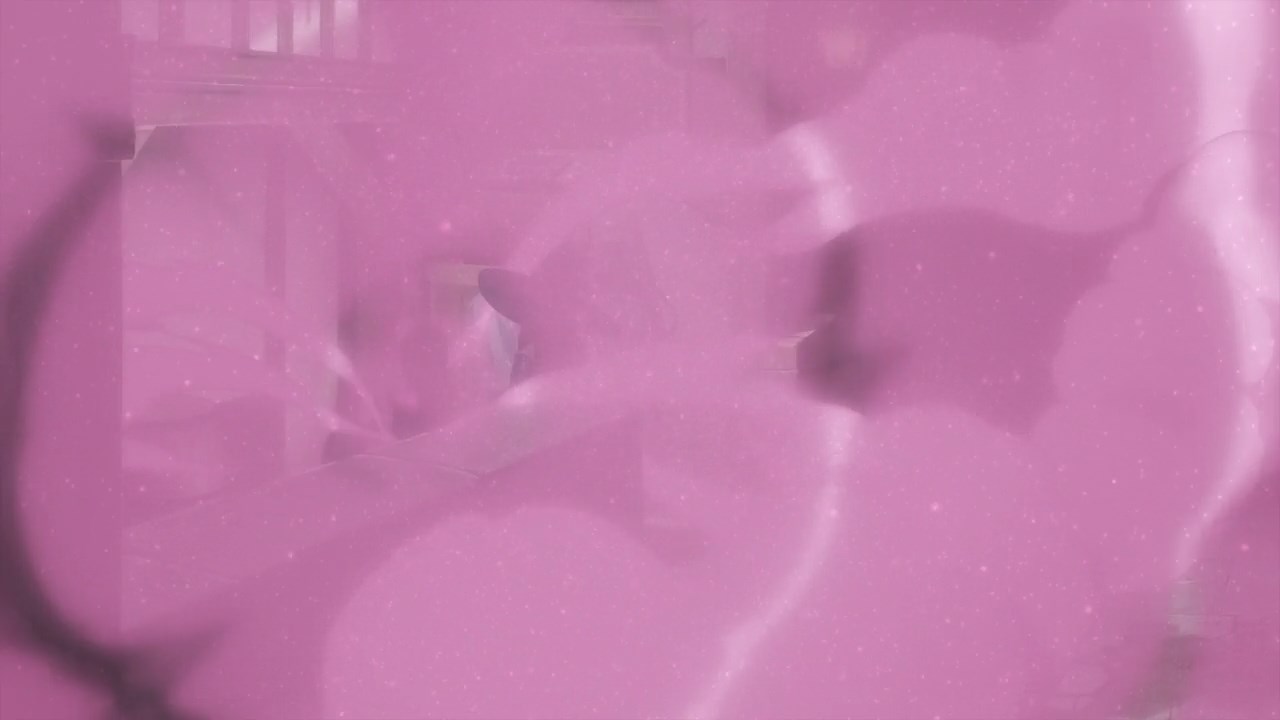 Well, that’s until Elaina opens the box in which the smoke magically went inside. Looks like this town is finally saved! 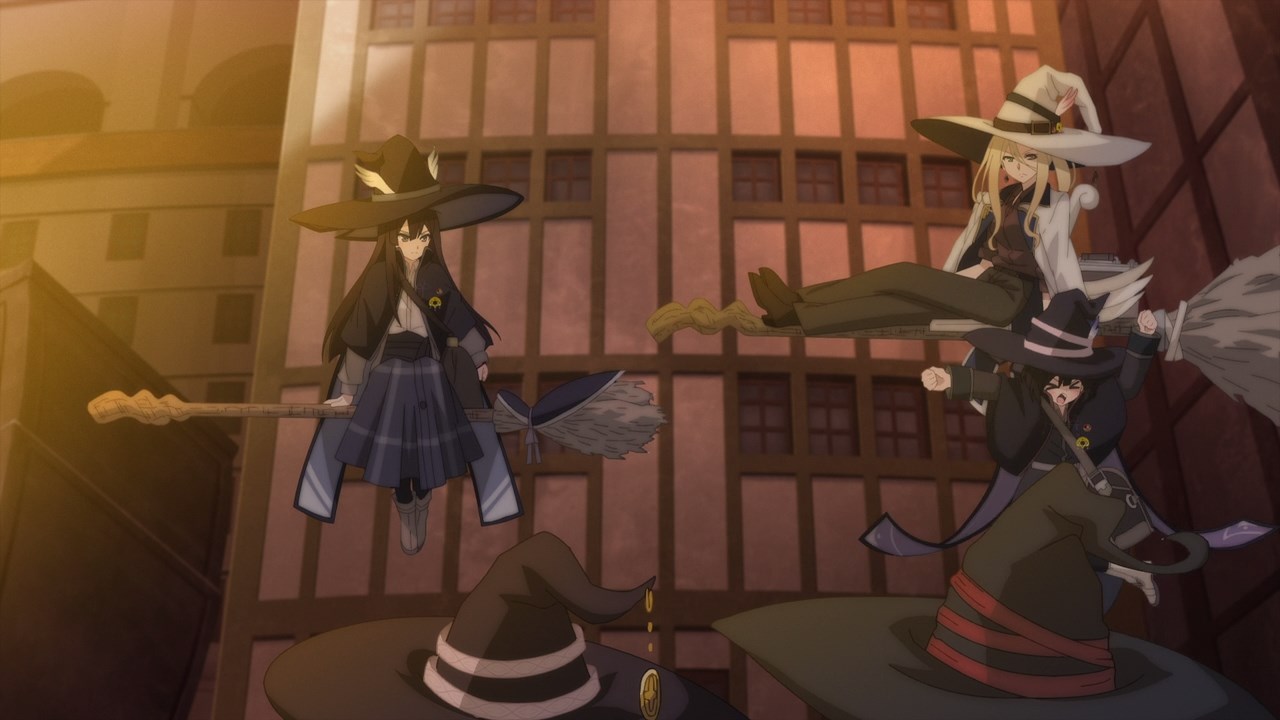 Oh yeah, and both Elaina and Saya returned to their respective bodies as they head home, although the Charcoal Witch wants to stay with Elaina for much longer.

Okay Saya, are you supposed to be happy that you finally found your little sister? Oh wait, she loves Elaina more than Mina. 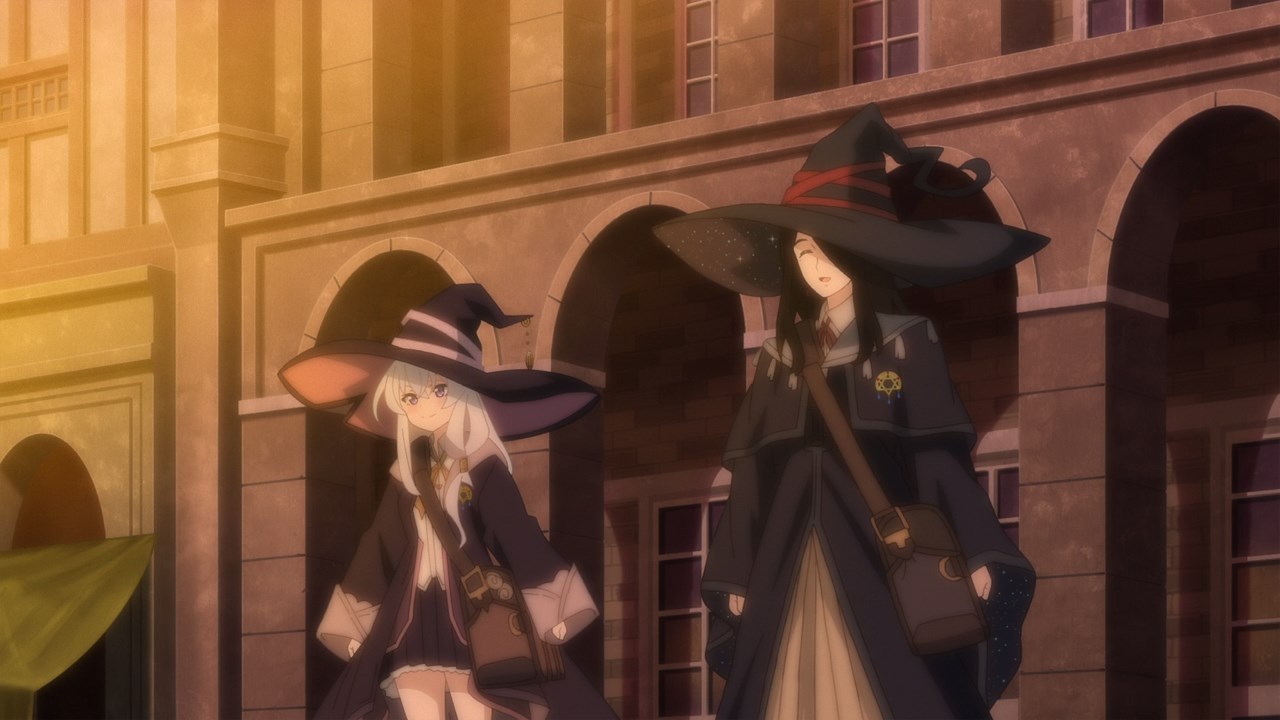 One more thing, it looks like Fran is about to tell Elaina about her teacher, but decided not to as the Ashen Witch wants to continue her journey until she decides to head back home.

Well, looks like the Stardust Witch doesn’t want to spoil her apprentice in regards to her mentor. But really, I have a feeling that Elaina’s mother was once a witch. 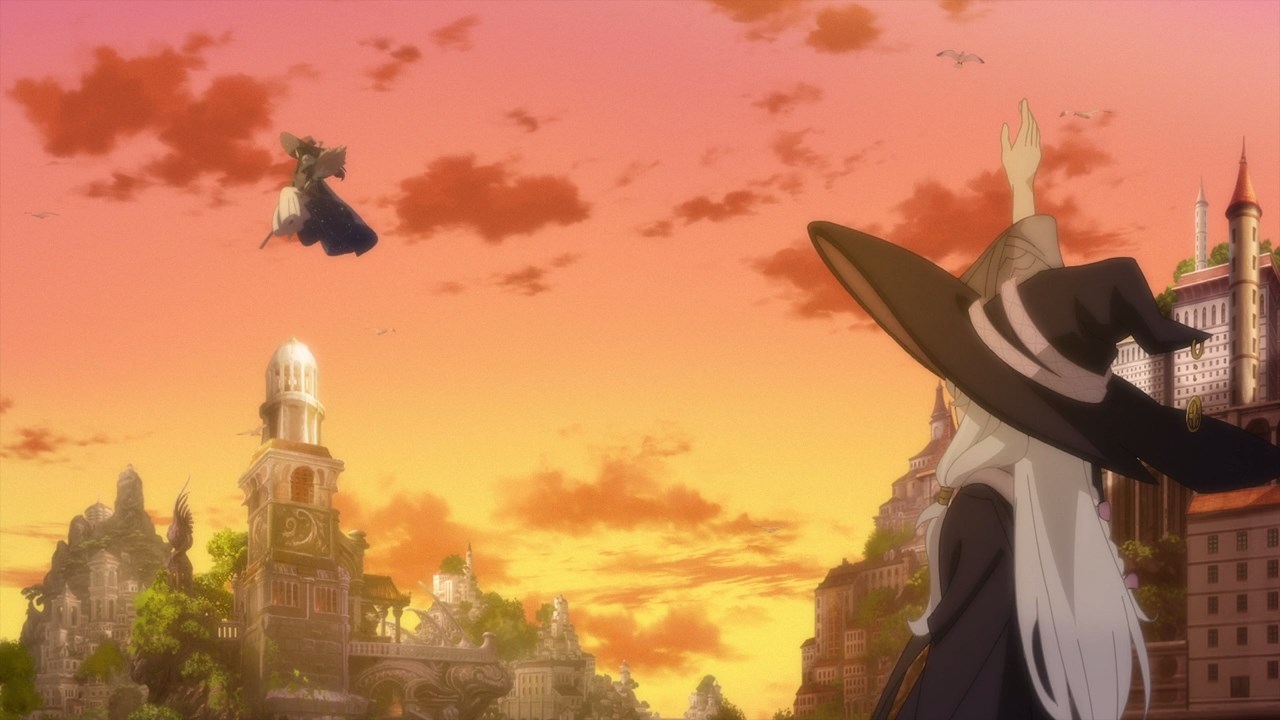 But that’s the end of this episode as Elaina says goodbye to her teacher. Till meet again, Fran-sensei!

Seriously though, Episode 11 was a bit crazy with Elaina and Saya switching bodies, although the Curio Company didn’t put up a fight against the witches even though they turn Qunorts upside-down with their pheromone smoke.

Now then, the next episode will be the last one as I’m going to miss the Ashen Witch pretty soon…