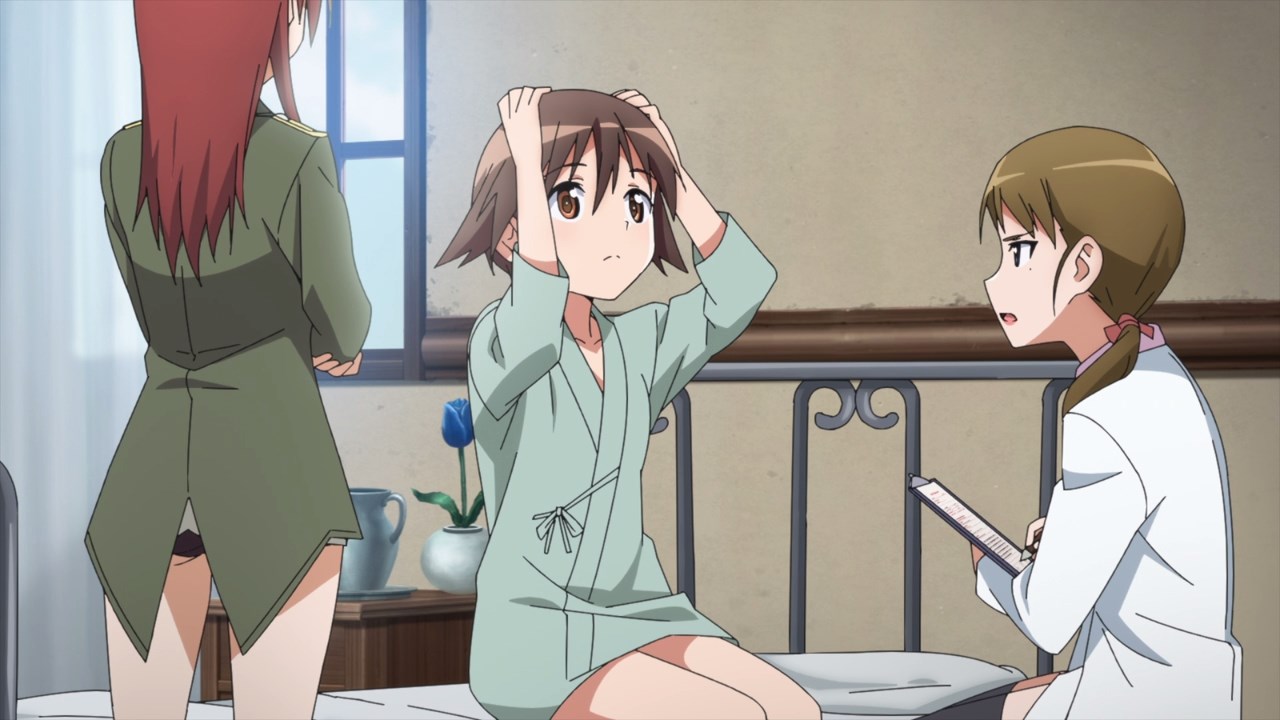 Looks like Yoshika Miyafuji is okay as she got out of bed. Problem is that she can’t use her magic as the doctor told Miyafuji that she needs 10 days to recover her powers. 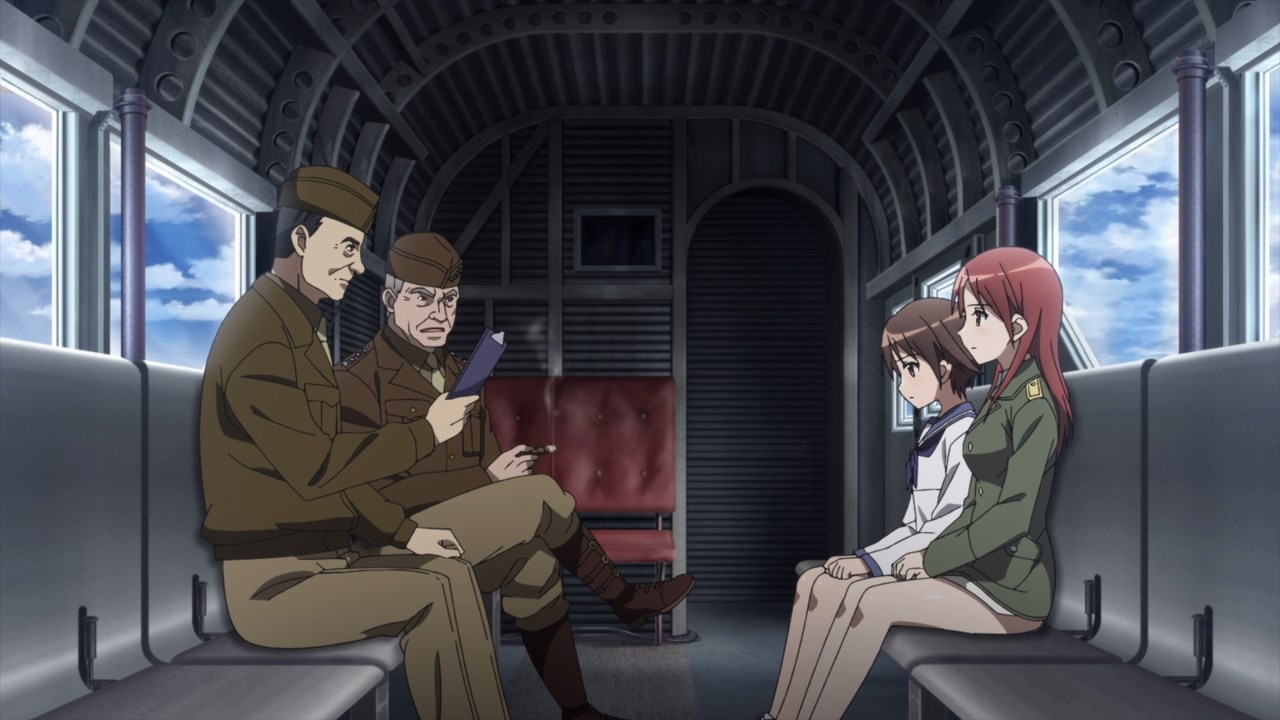 Of course, while General Geraldo S. Patton will try to convince the joint command to delay the offensive, the problem is that some of the generals are really impatient. 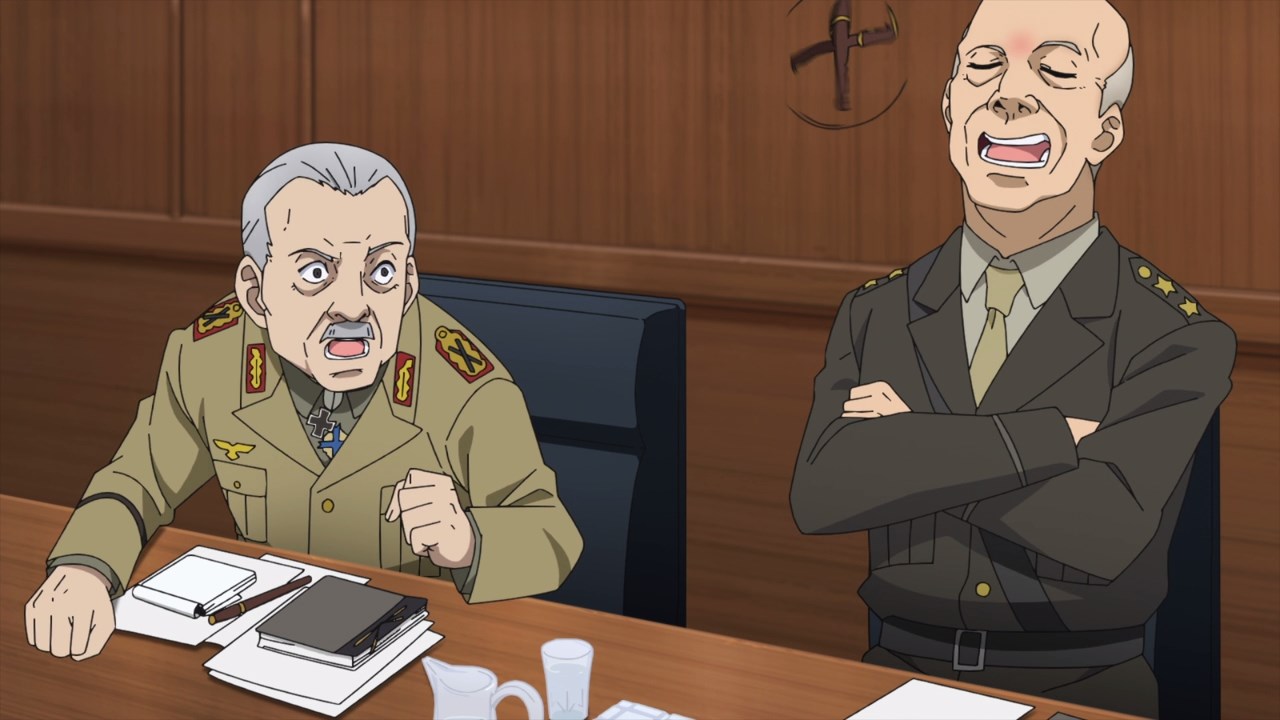 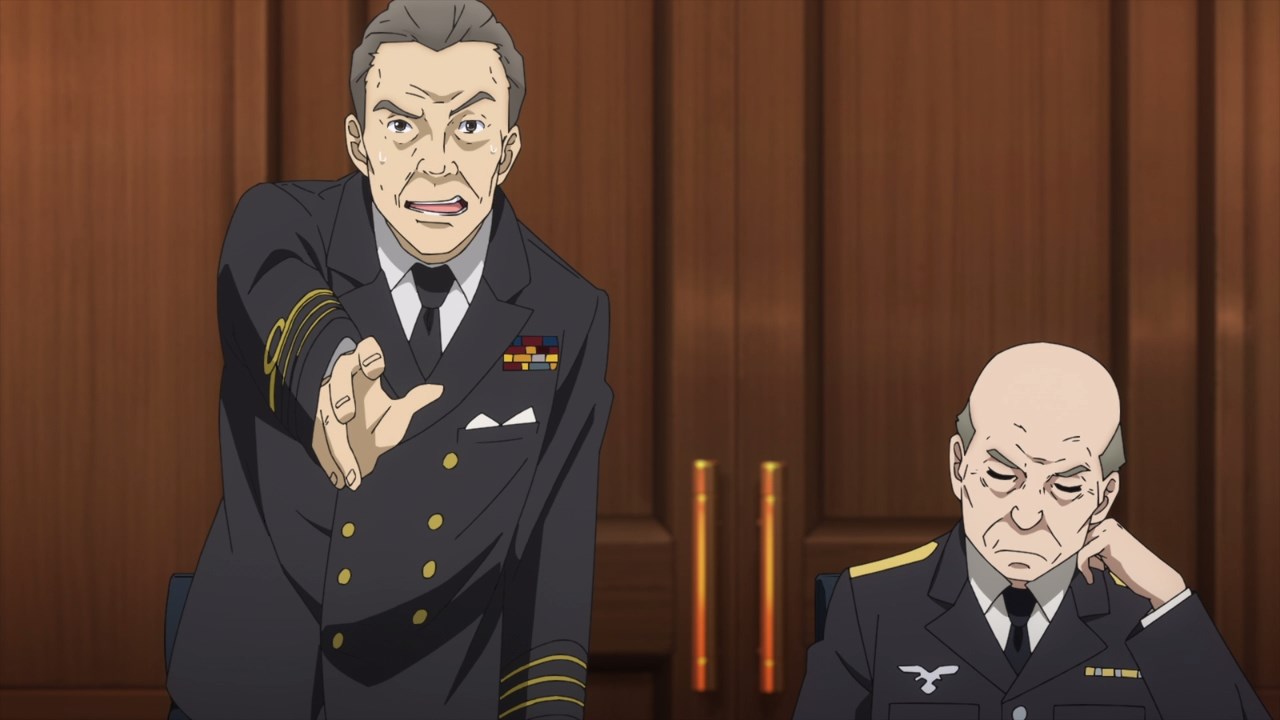 And really, the joint command is full of buffoons where they blame each other over their blunders. Yeah, they don’t have time for General Patton’s suggestion to delay the offensive. 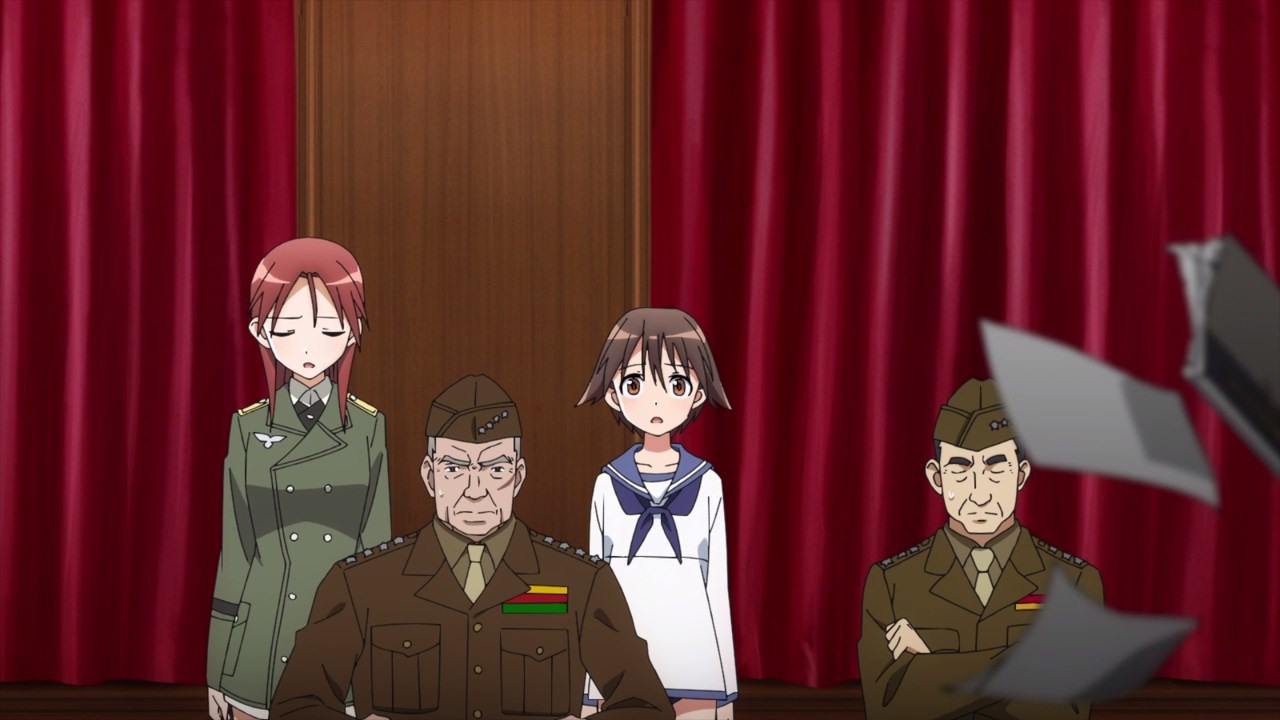 In any case, he tried his best to delay the offensive, but they refused to delay it further so they’re gonna take another crack at retaking Berlin no matter what. 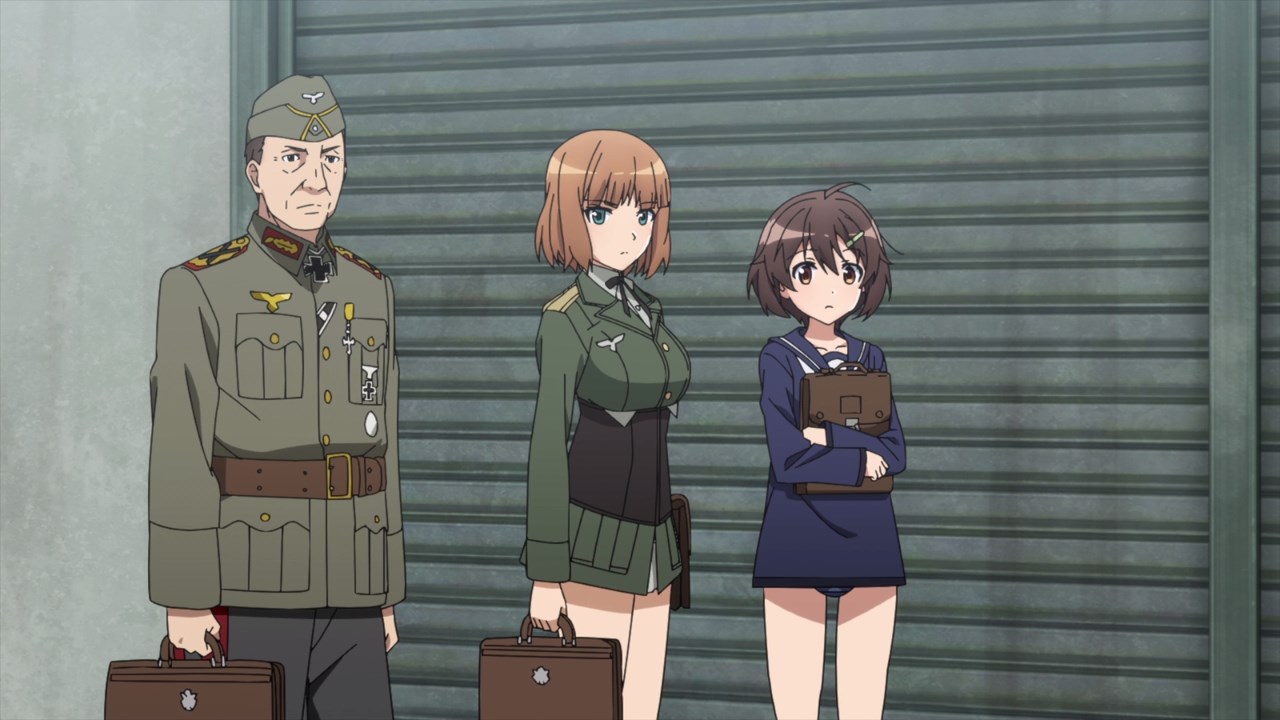 Meanwhile, we have Gundula Rall and Hikari Karibuchi making a cameo appearance as the 502nd Joint Fighter Wing will be taking part in recapturing Berlin.

Nice to see the Brave Witches on this show but man, I wanna see the rest of the 502nd Joint Fighter Wing. 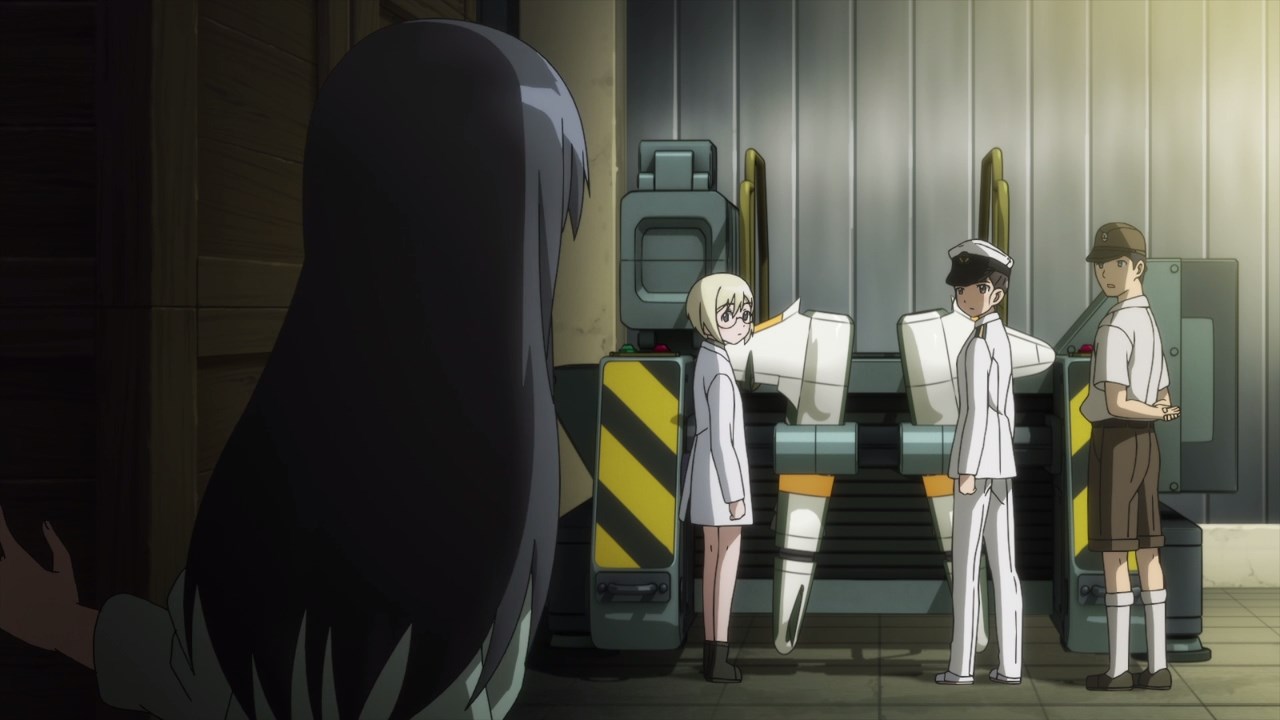 Oh yeah, here’s Shizuka Hattori where she finally recovered from her injuries as she saw Mio Sakamoto and Ursula Hartmann delivering a secret Striker Unit known as the Shinden. 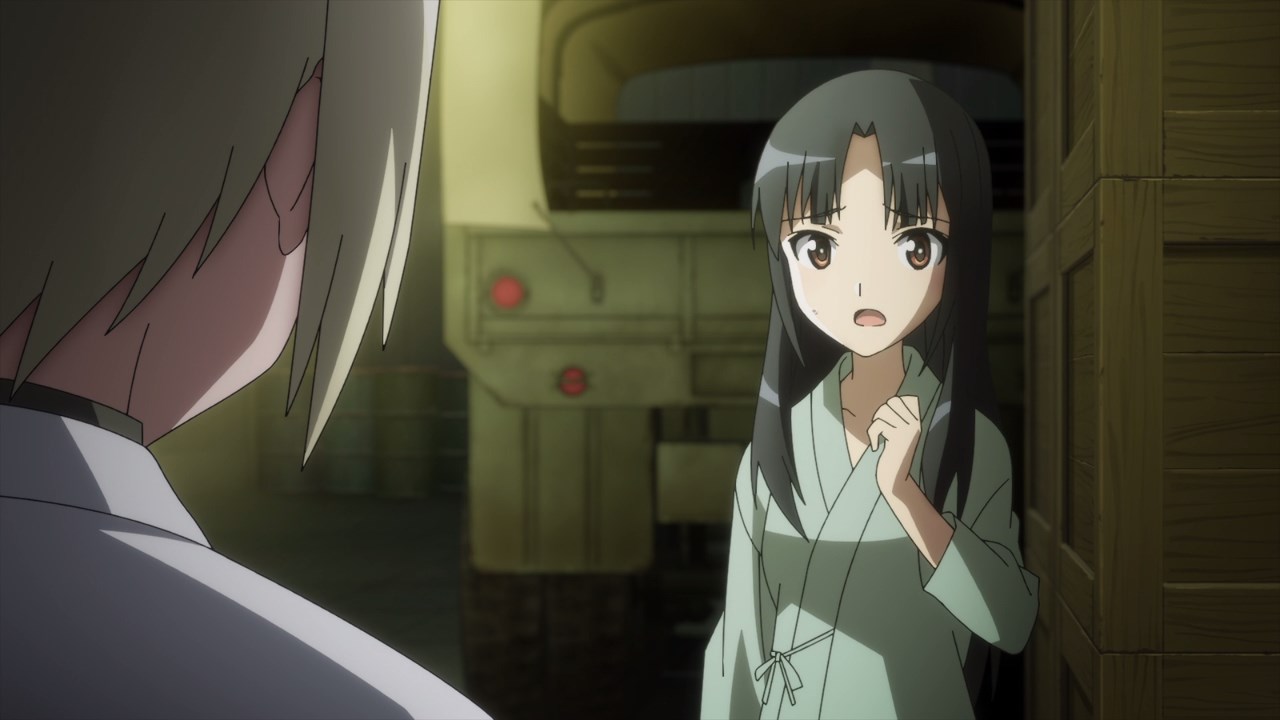 Of course, Mio and Ursula told Shizuka not to tell the Striker Unit to Yoshika as it’ll be used as an ace in the hole.

Then again, I’m worried that Miyafuji might not use the Shinden to its full potential as she doesn’t have enough magic to run its engines. 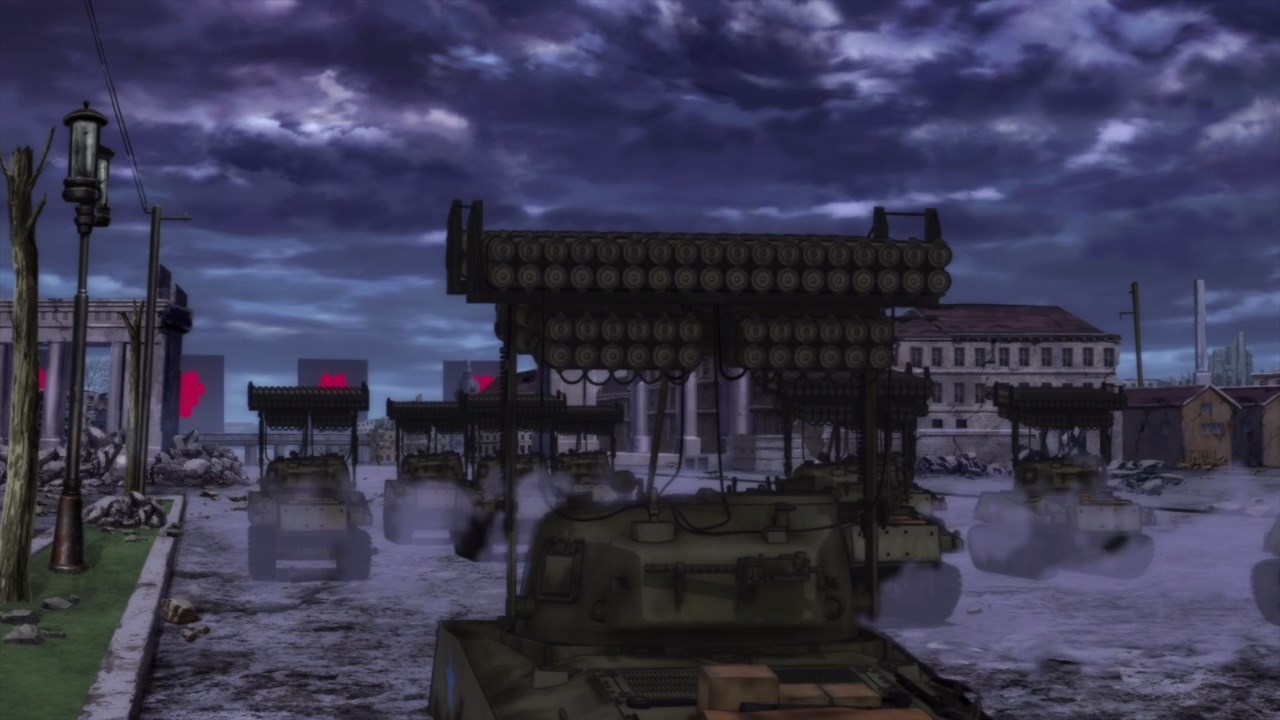 Now then, it’s time to recapture Berlin once again as Operation Victoria begins, which is Operation Southwind but the ground forces will take part in destroying the Neuroi nest.

Unfortunately, its tanks are not enough to destroy the Neuroi nest, so they employed a secret weapon… 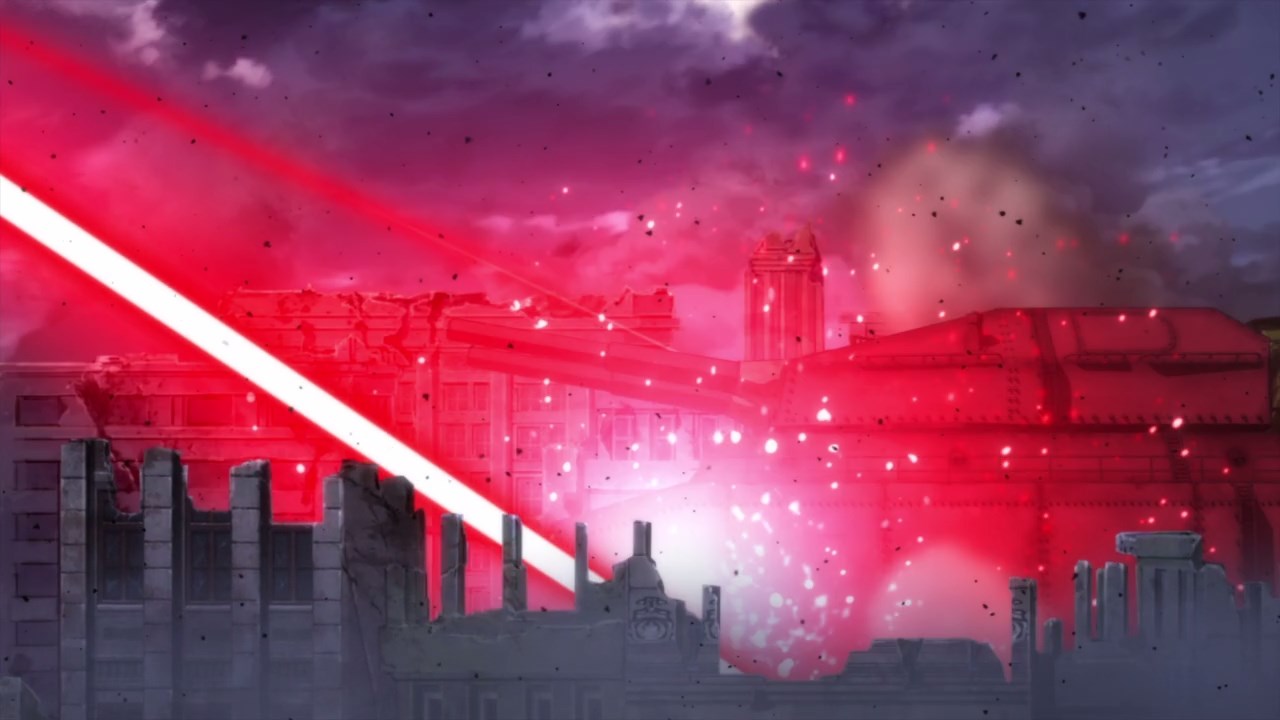 For you see, they develop a fortress-sized tank called Landkreuzer Ratte as it not only has anti-Neuroi armor, but its main guns can destroy large-size Neuroi in a single shot. 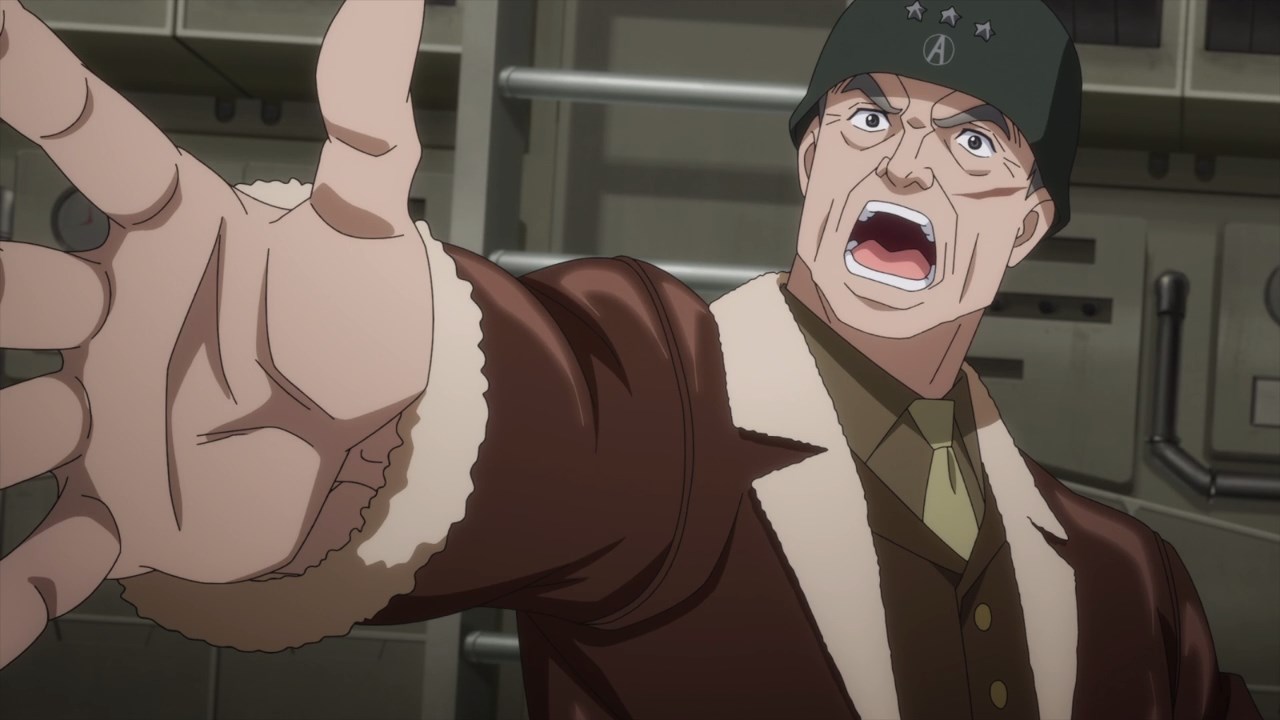 Oh, and the Ratte is being commanded by General Geraldo S. Patton where he ordered his men to fire the main guns. 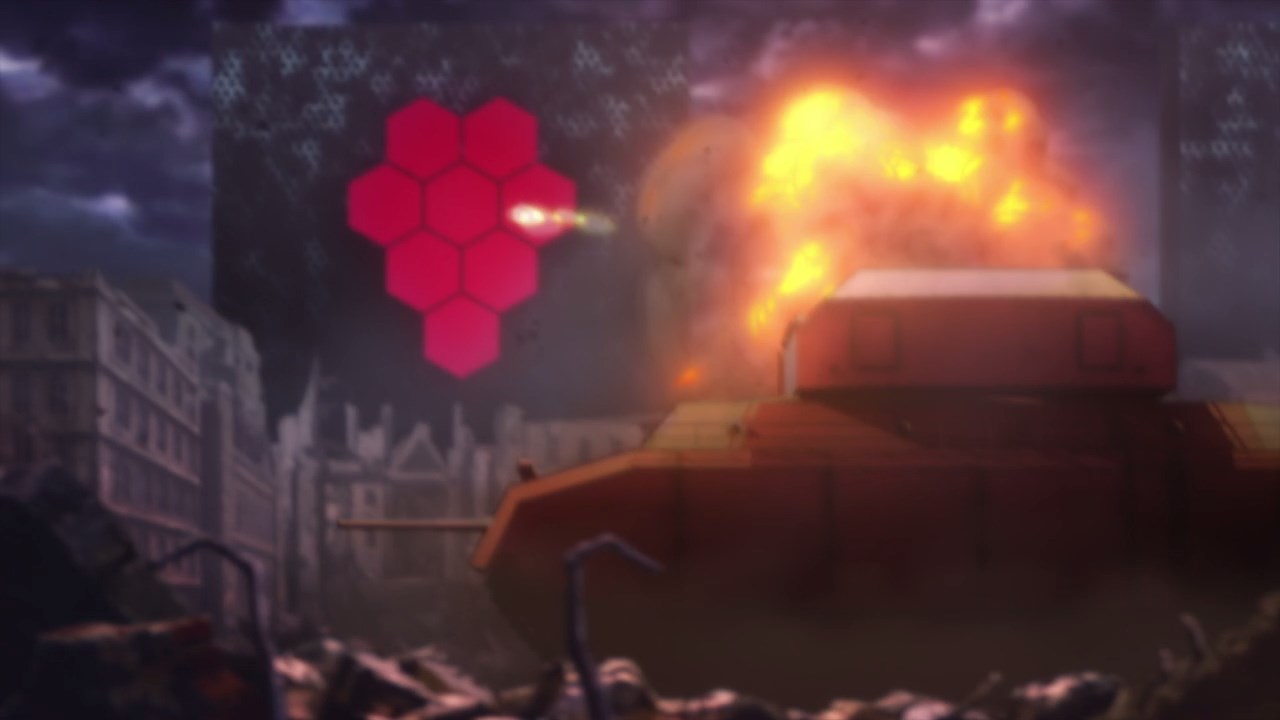 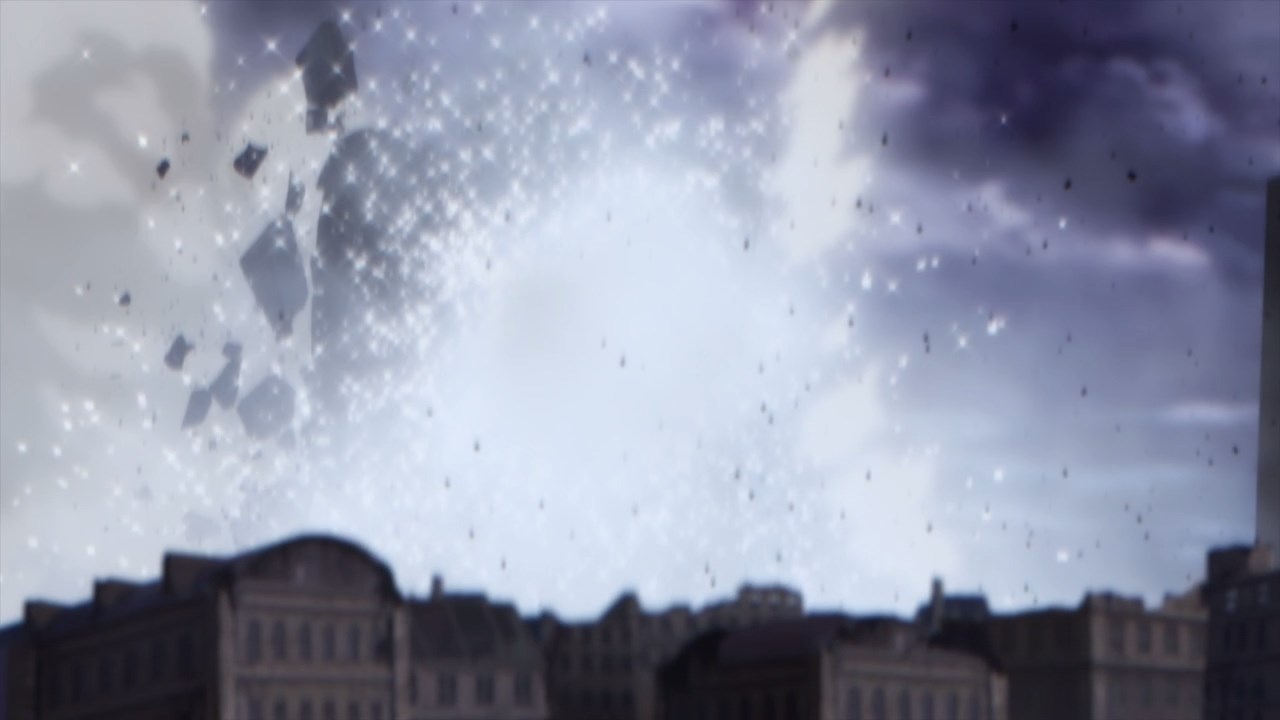 In any case, looks like the Landkreuzer Ratte destroyed one Neuroi wall in a single shot. Pretty impressive, right? 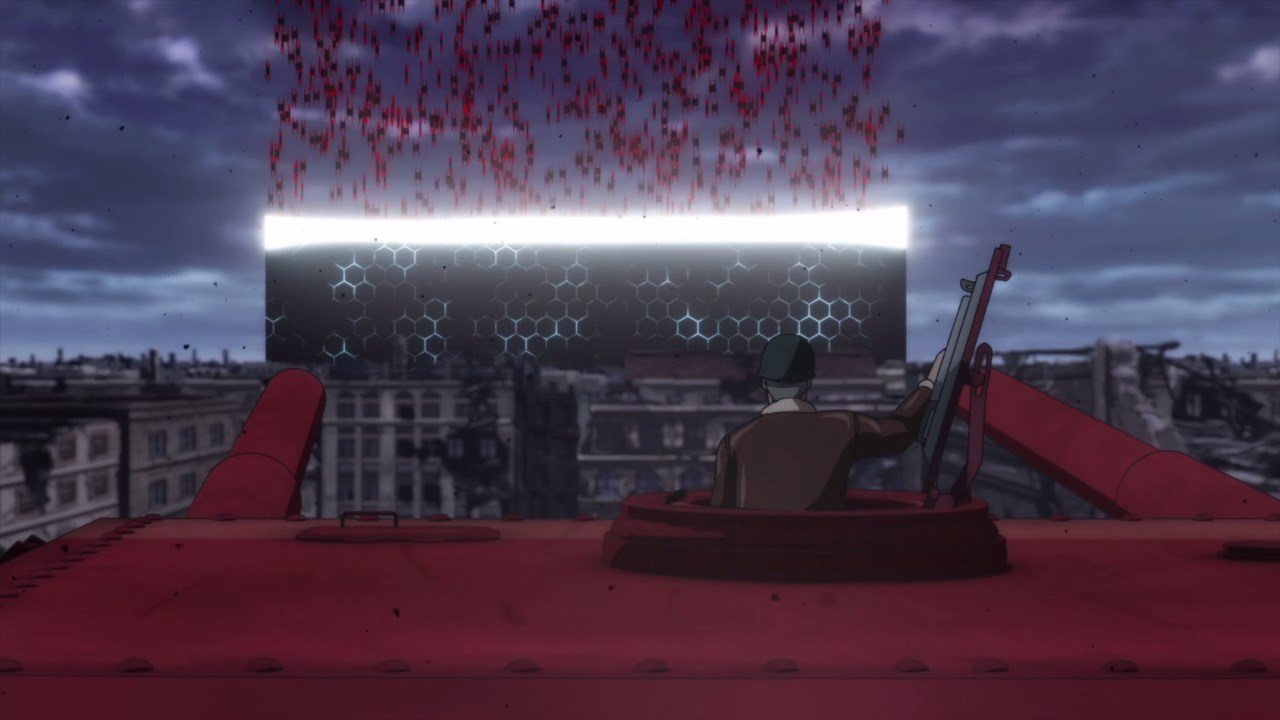 Unfortunately, the Neuroi nest decides to reform its walls, meaning that the enemy wants the Landkreuzer to run out of ammo. Gotta say that the general is really pissed on this one. 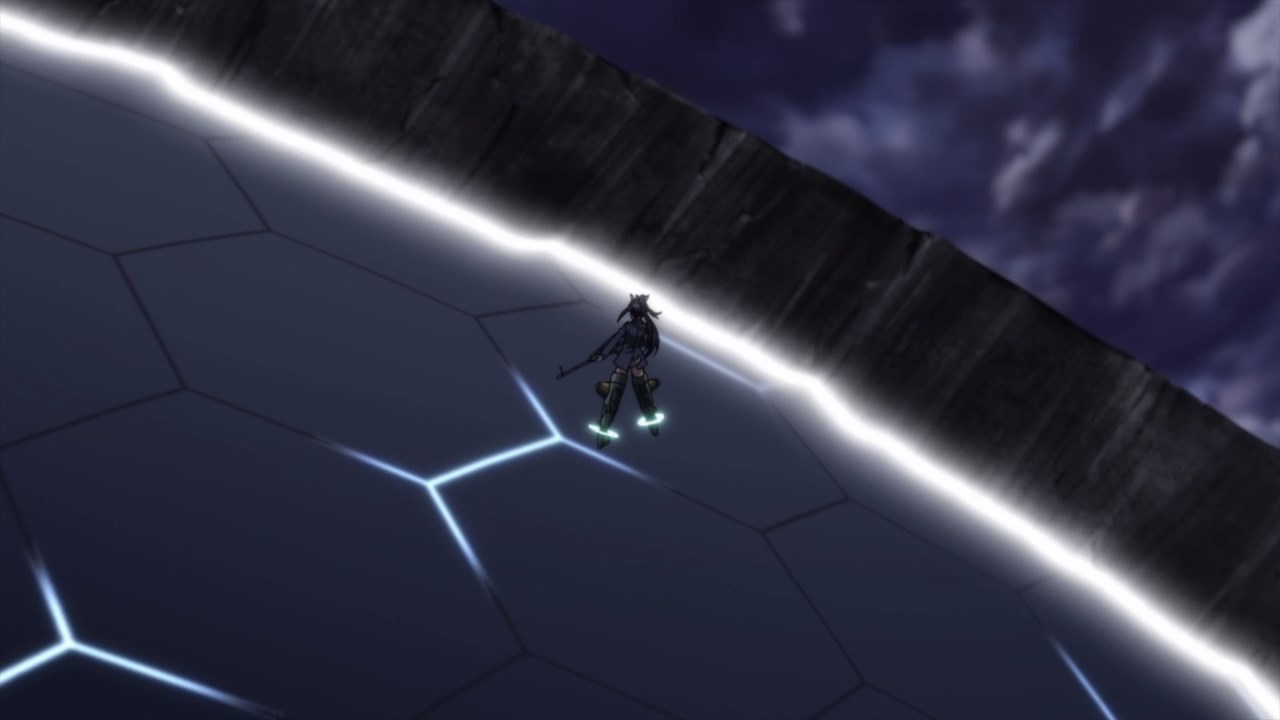 But wait, there’s more as the Neuroi created an impenetrable dome which will capture the Ratte as well as smaller tanks near the Landkreuzer. 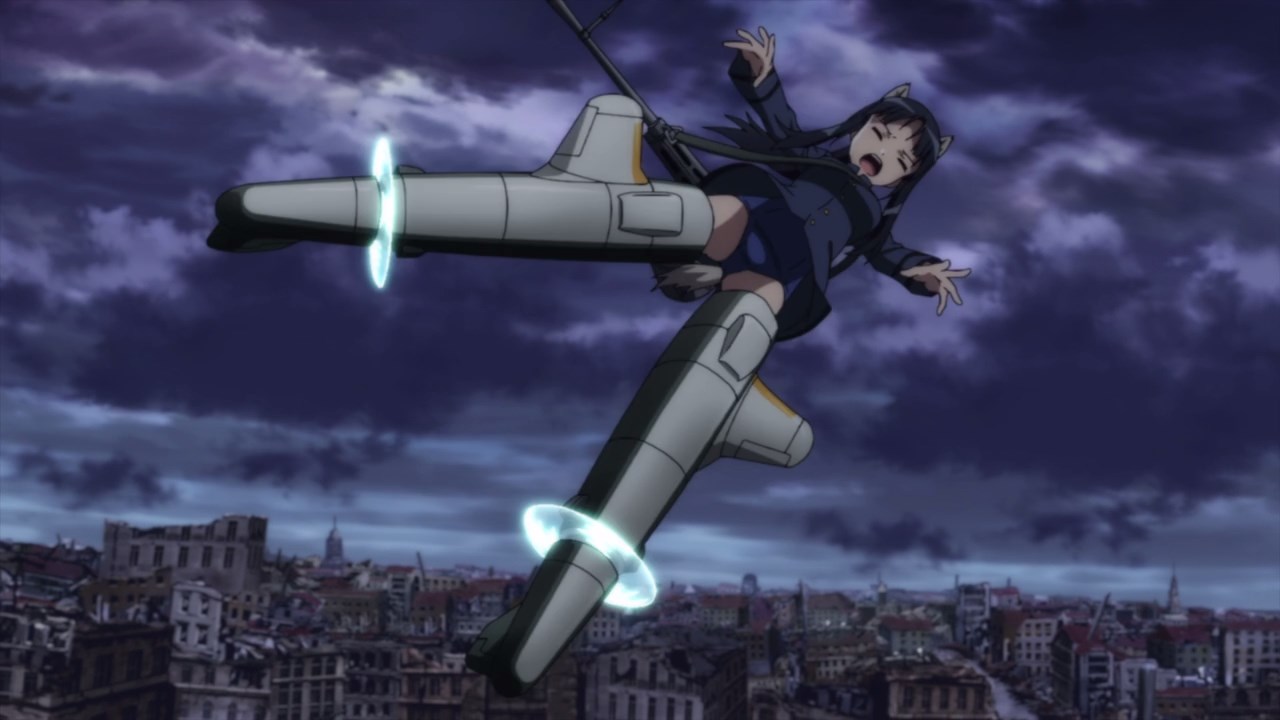 Oh and Shizuka Hattori got knocked out again when the dome falls towards her. It would be bad if she got flattened by the dome. 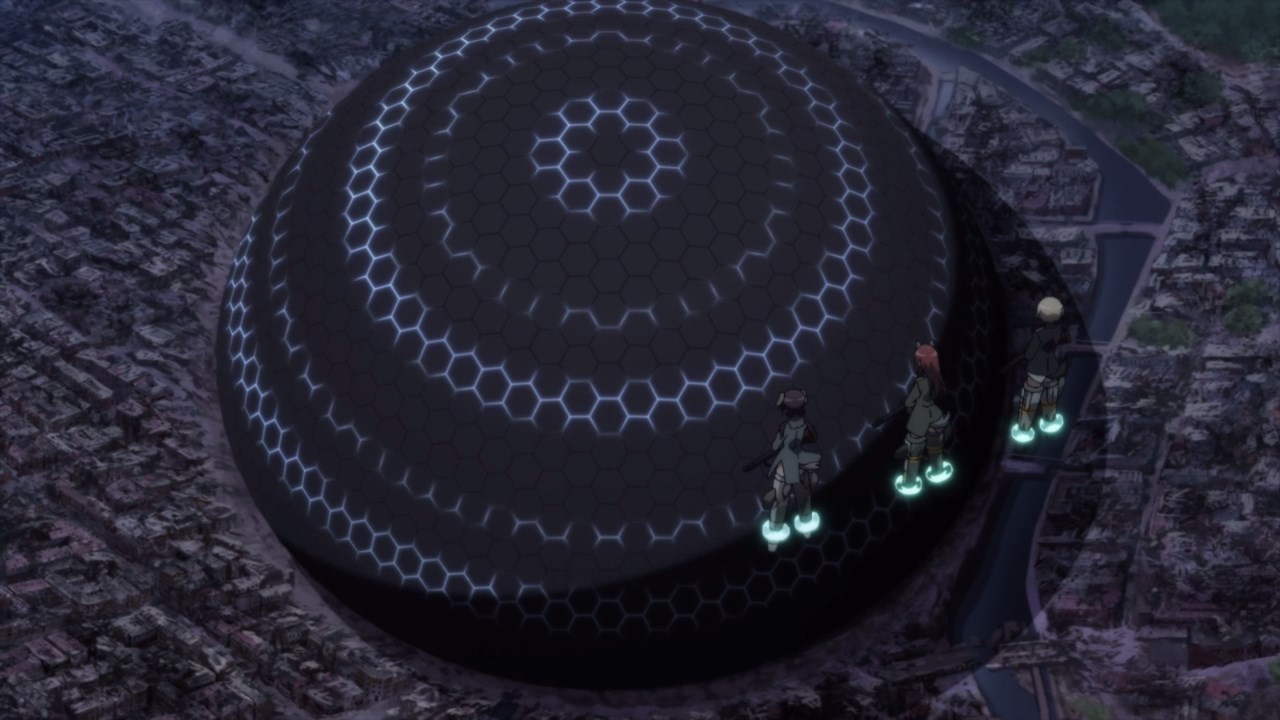 But at this point, General Geraldo S. Patton and his tank crew are stuck inside the dome where the Neuroi relentlessly attack the Landkreuzer Ratte until its armor wears off.

Of course, the crew will suffer injuries since they don’t have a medic… or is it? 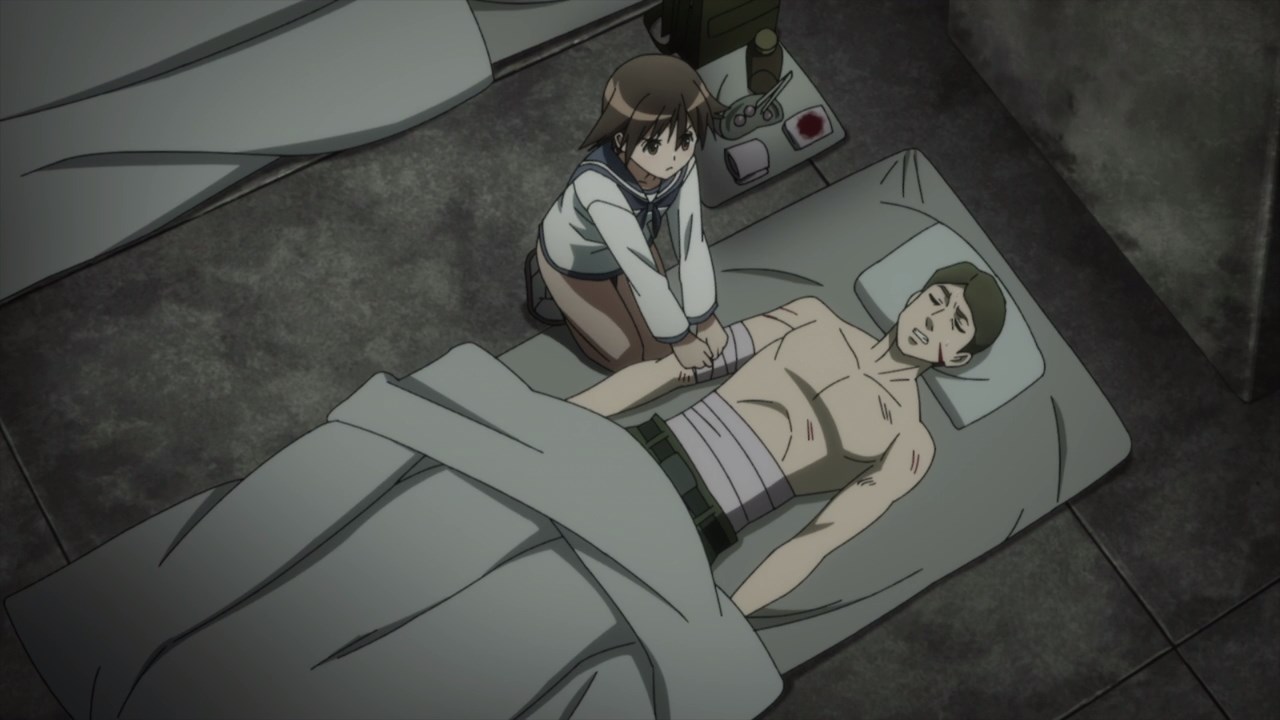 Turns out that there’s one medic as Yoshika Miyafuji volunteered to take care of the injured. Of course, there’s no way to contact to the outside world since the dome blocked all communications. 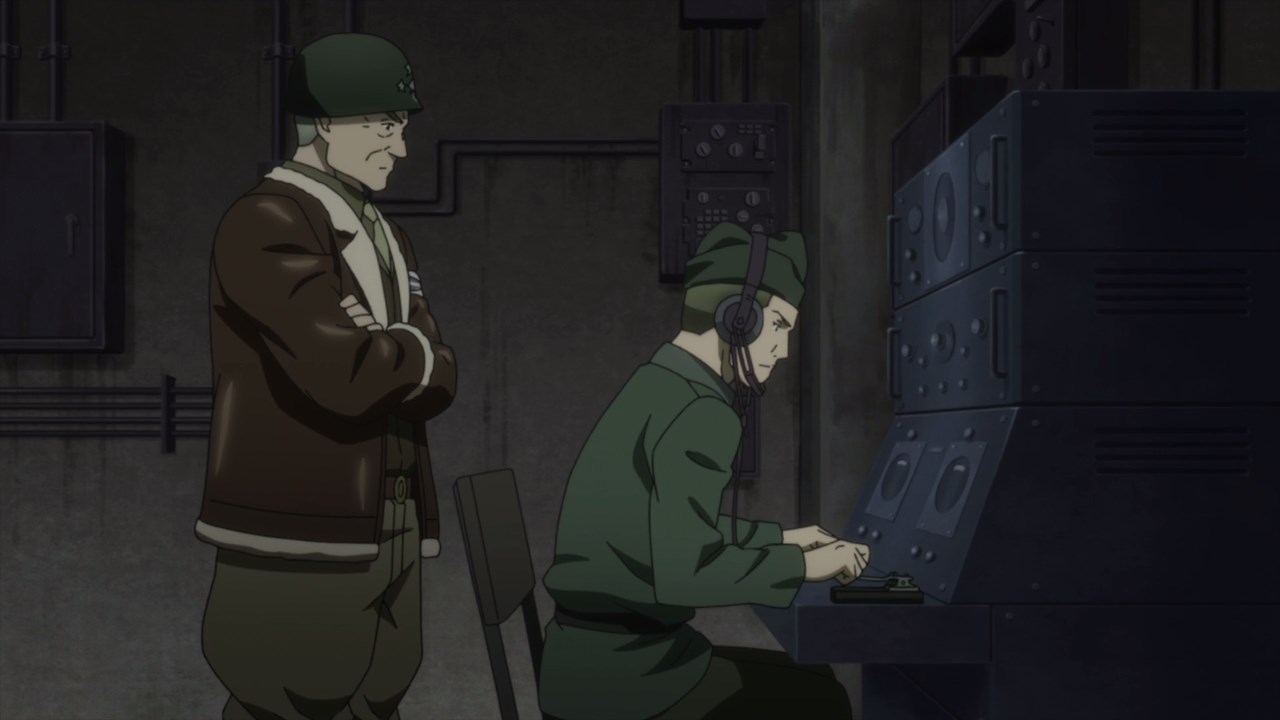 Luckily, General Patton and his men found a morse code transmitter inside an abandoned fortress where they try to contact anyone who can save them. I hope someone would catch that. 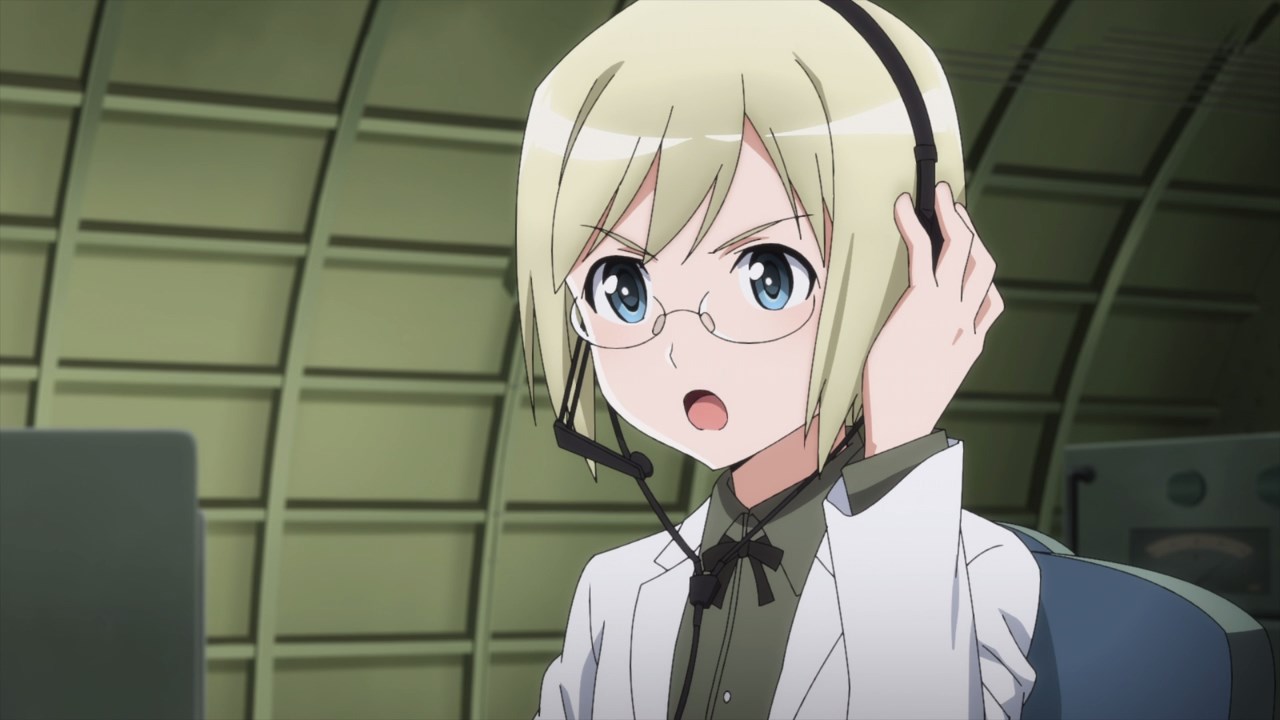 Well, Ursula managed to decode the message in which General Patton, his tank crew, and a certain witch turned medic are currently staying at a fortress where they need help as soon as possible. 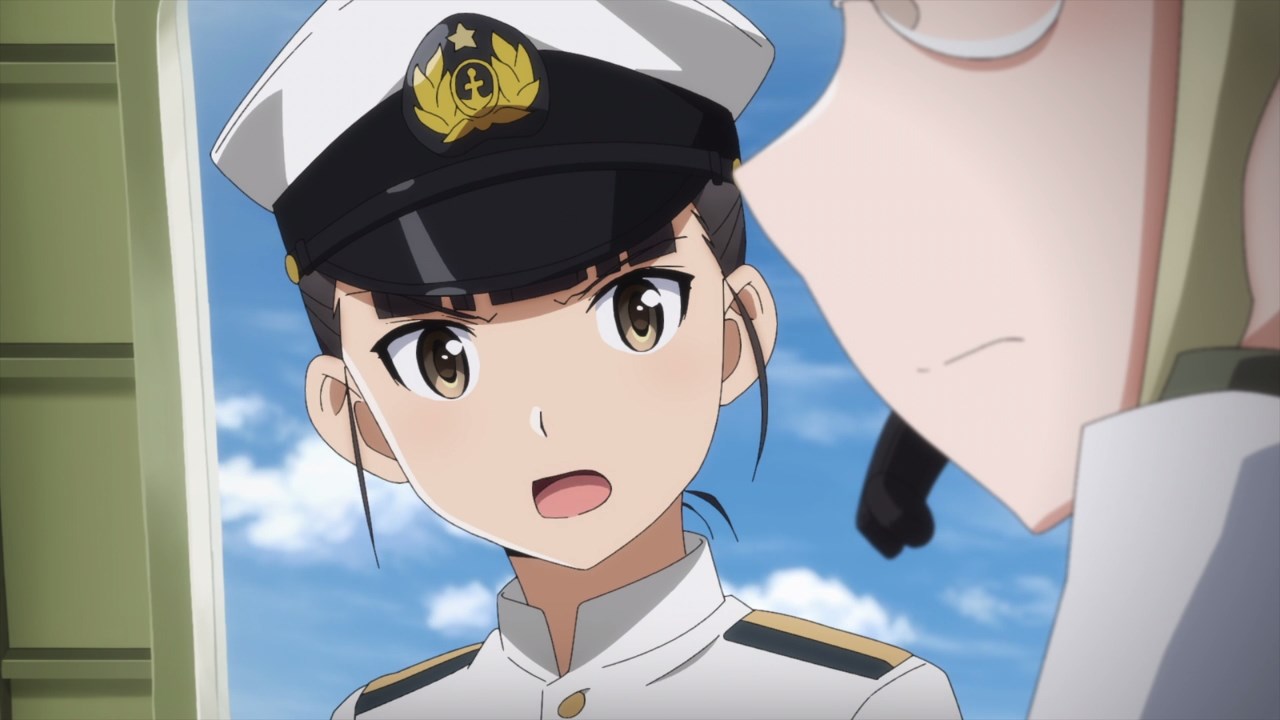 Oh yeah and when Mio Sakamoto heard that a witch is inside the fortress, she had a gut feeling that Yoshika Miyafuji went there to help the injured. 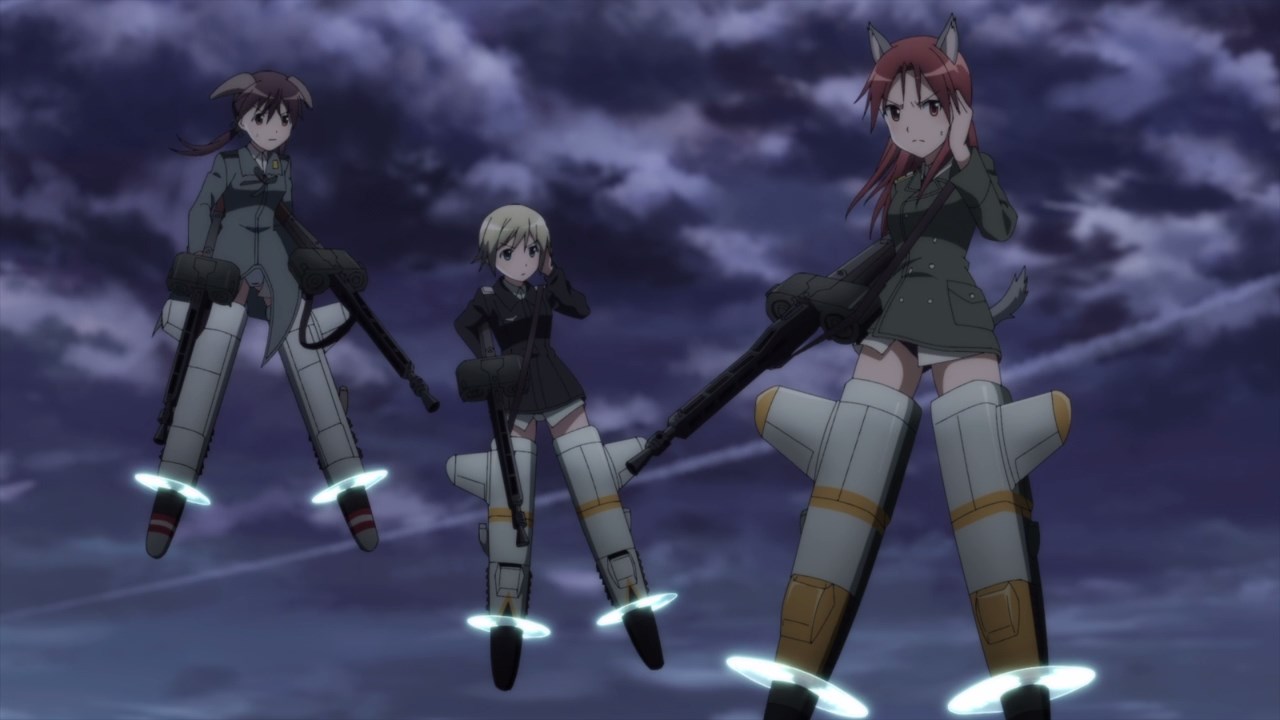 Well then, looks like Mio Sakamoto told the rest of the 501st Joint Fighter Wing that they need to rescue General Patton and his tank crew, plus a certain witch who believe to be Yoshika Miyafuji. 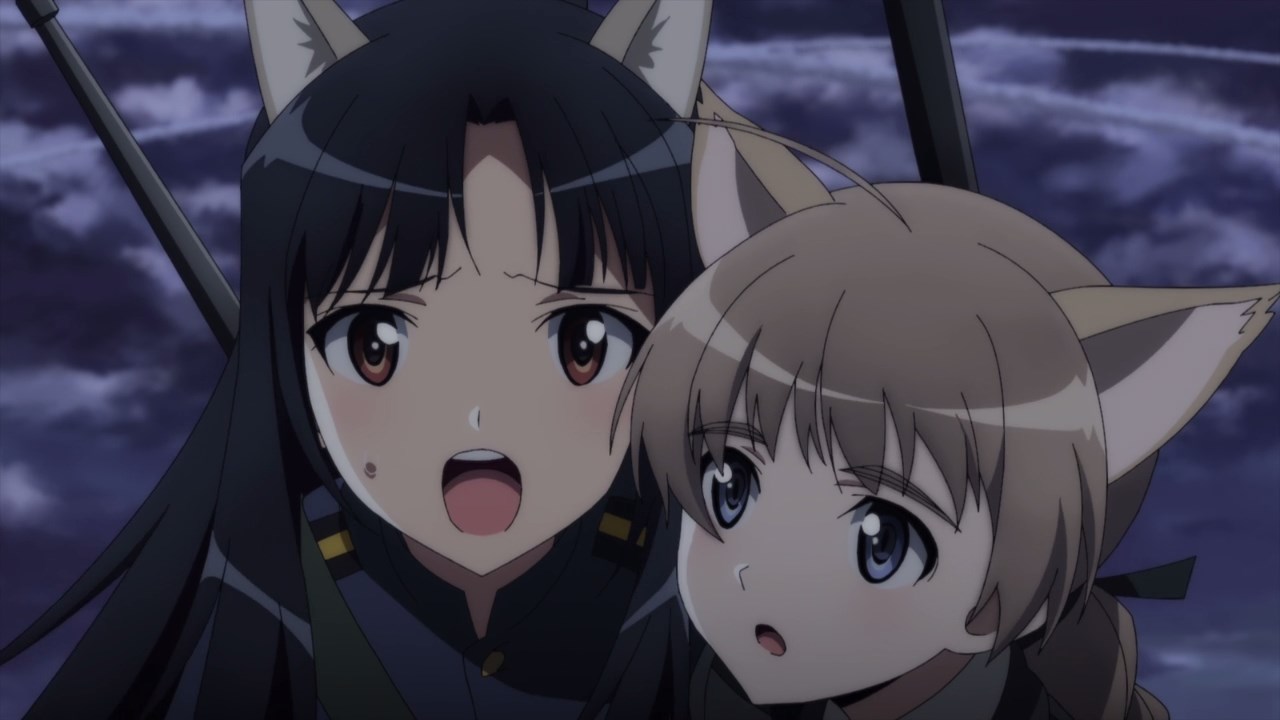 By the way, Shizuka Hattori is okay as she told everyone that she saw Yoshika Miyafuji with her own two eyes. Good observation from Hattori but I think they should come up a plan on how to get inside the dome.

Well then, final episode next week as I’m hoping that the Strike Witches will save their comrades and liberate Berlin.