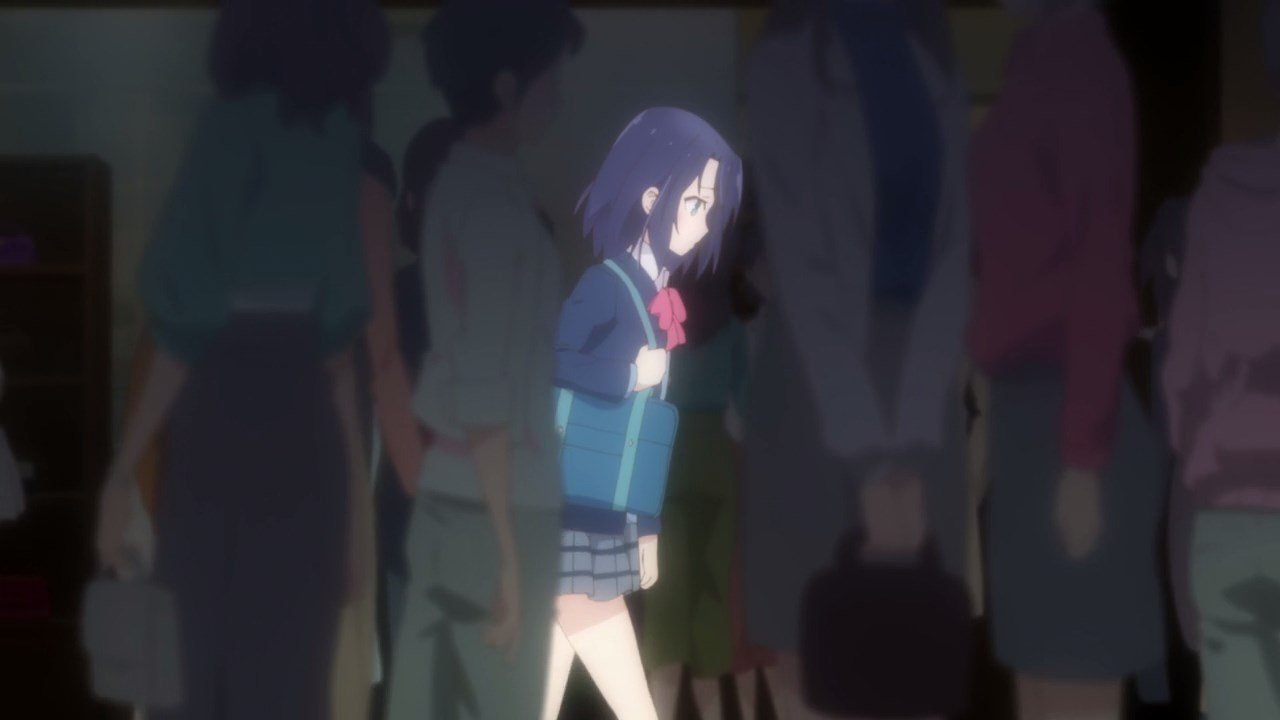 Let’s talk about Sakura Adachi on this episode where ever since the new school year, she’s frustrated that Hougetsu Shimamura is spending time with her classmates and thus not coming to school.

Of course, despite the fact that Shimamura just listens to her classmates’ banter as she doesn’t care about talking to them at all, Adachi is still sad of being lonely. 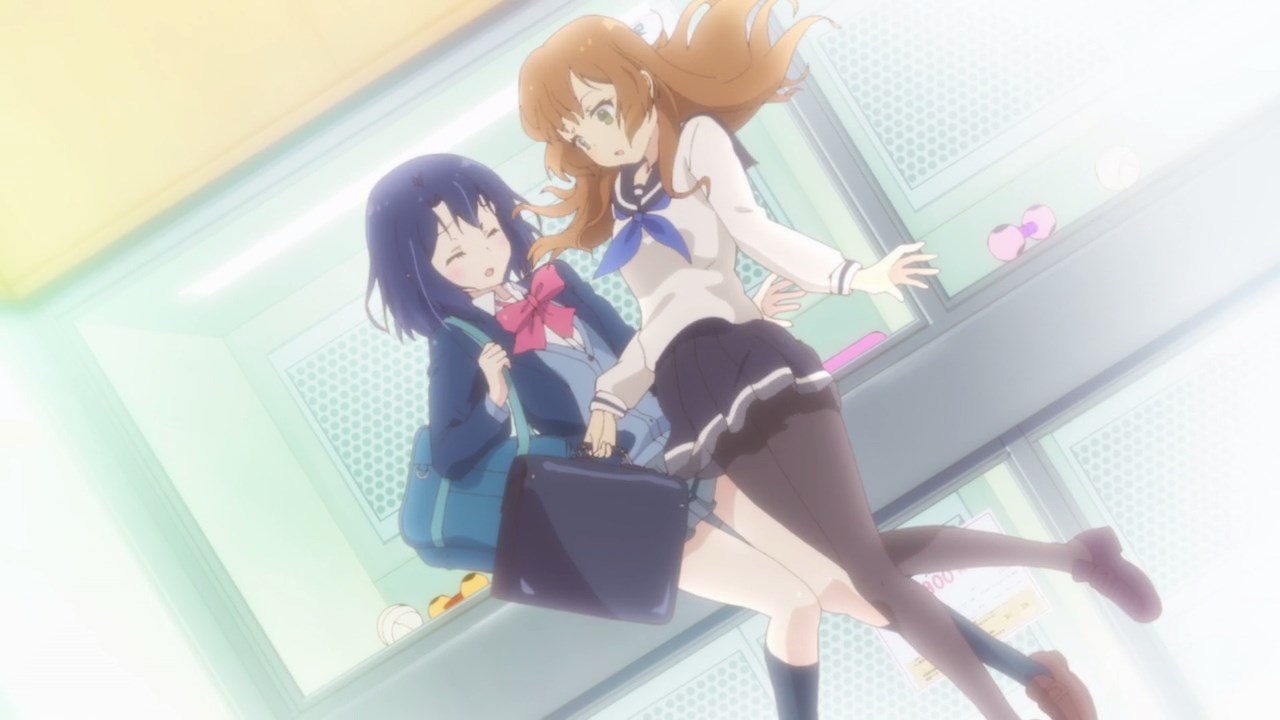 On the other hand, it appears that she accidentally bump onto Tarumi, although Adachi doesn’t know that Tarumi is actually Shimamura’s long-lost childhood friend. 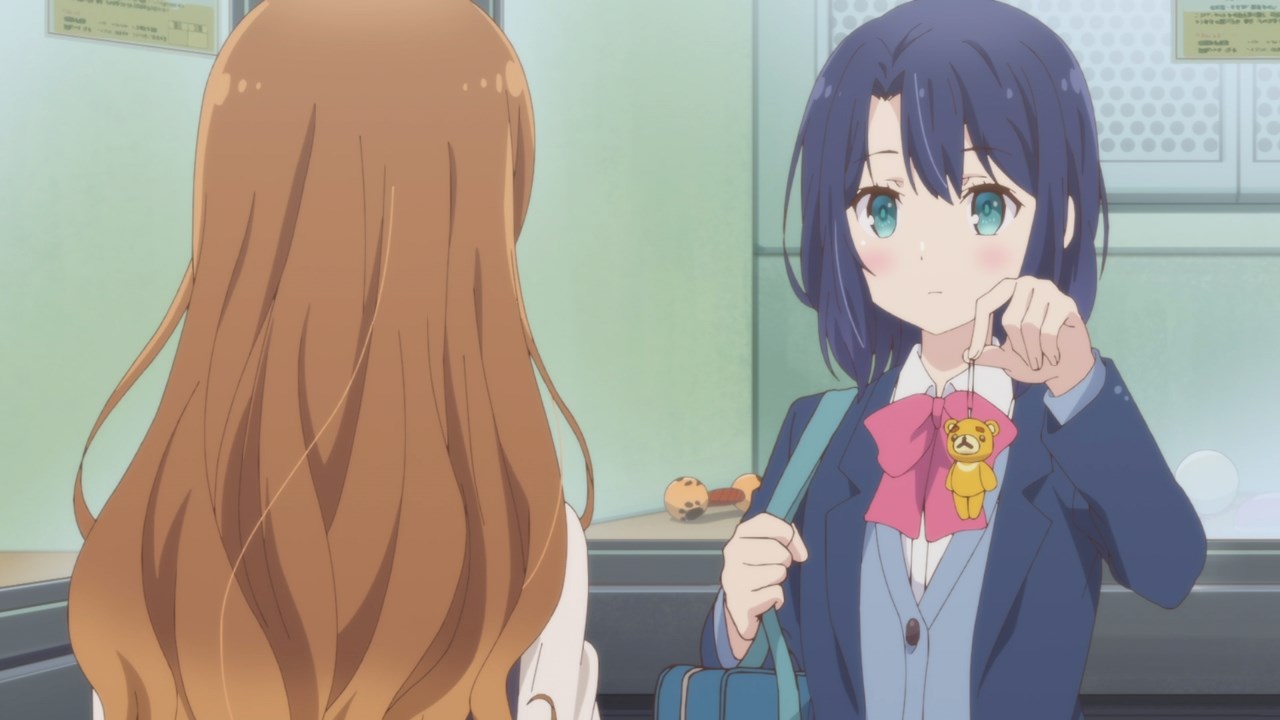 Anyways, Sakura Adachi pick up this bear strap and gave it to Tarumi. Oh by the way, this bear strap will be important later because not only Tarumi has one, but a certain character has it as well. 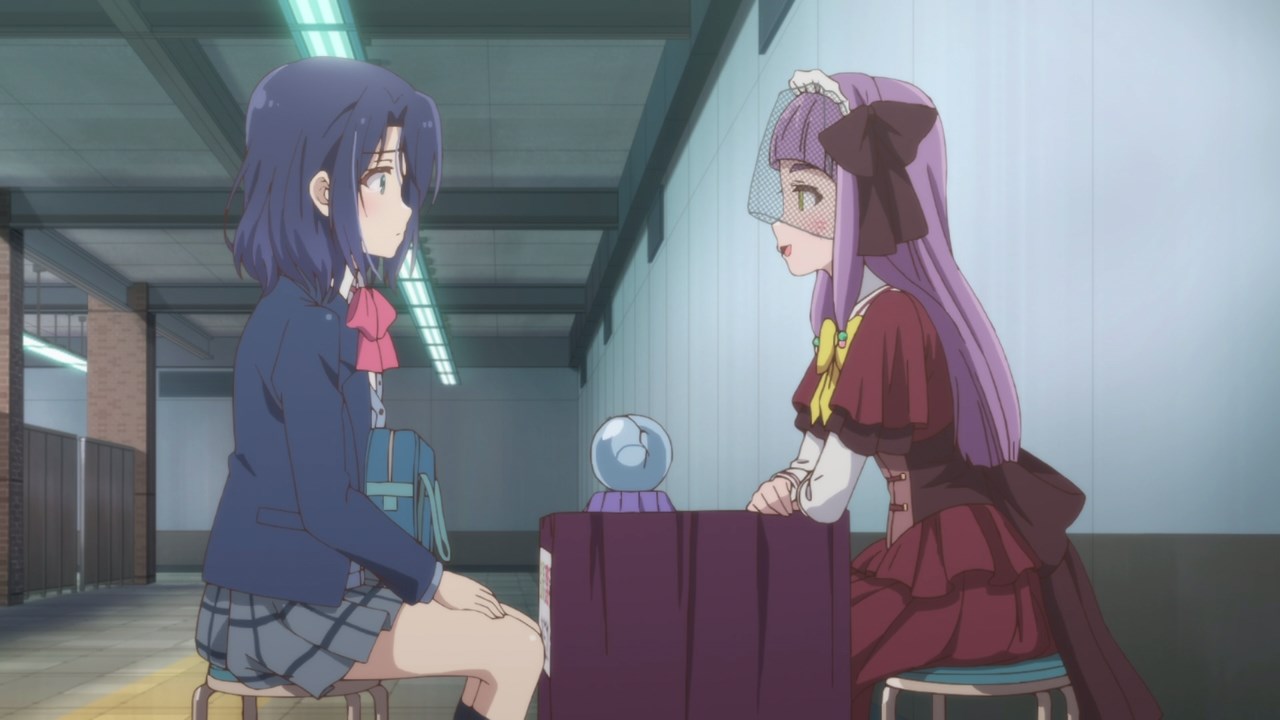 Meanwhile, Adachi stumbled upon this dubious fortuneteller who can give her advice on how to get a good fortune… for a exorbitant price.

Um, I feel that Sakura Adachi should not give into to this fortuneteller, but she did it anyway by paying her 1,000 yen. Of course, what’s the fortuneteller’s advice? 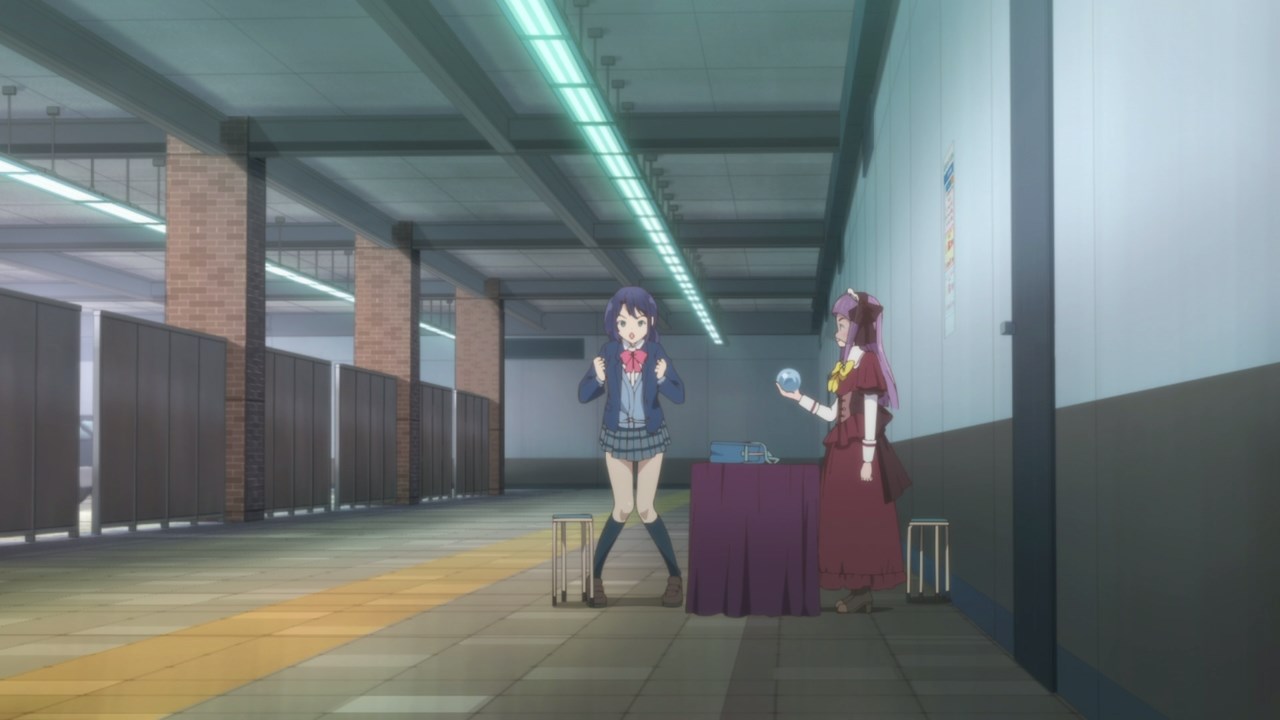 Well, she told Adachi to scream as loud as possible. Then again, I don’t think it’ll help Adachi’s love life since her stunt would attract bystanders.

Anyways, I think Sakura Adachi should be careful when encountering strange and possibly shady people. 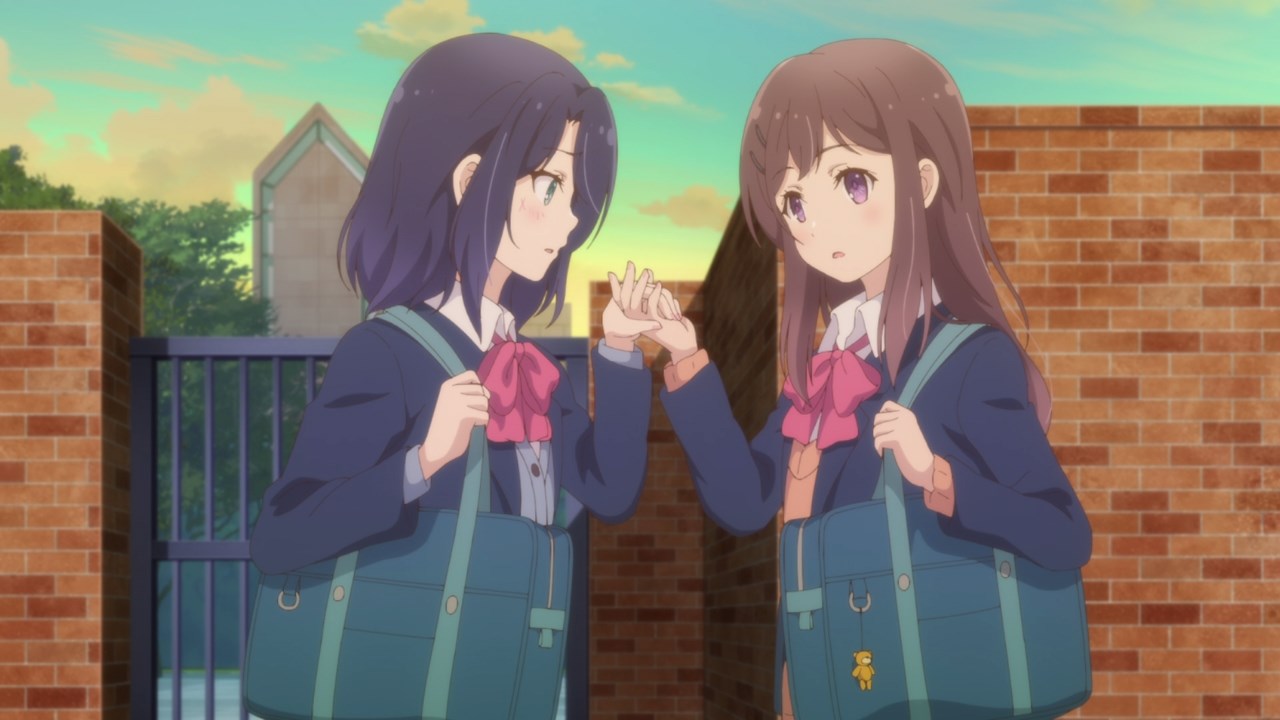 Still, she managed to reunite with Hougetsu Shimamura as Adachi is getting a bit clingy towards her friend by holding her hand tightly. Um Adachi, I think you should call Shimamura once you got home.

Also, notice that Shimamura has that bear strap? Yeah, that’s the same one as Tarumi. It would be complicated if Adachi wants to buy the same strap as Shimamura. 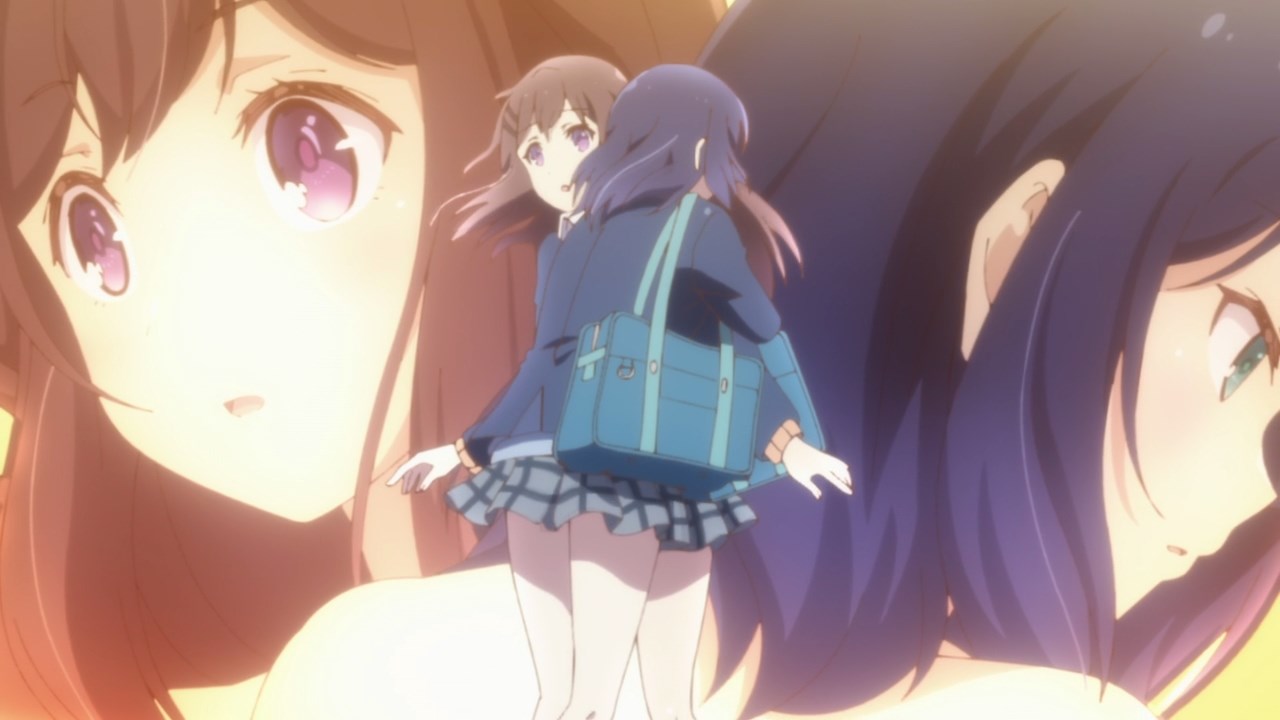 But yes, that’s it for Episode 11 as it ends with Adachi hugging Shimamura. Still, I’m worried about Sakura Adachi as ever since her friend is talking to other people, she’s harboring jealousy that Adachi might get possessive towards Shimamura.

As for Hougetsu Shimamura, I think she should realize that Adachi is in love with her. Would it be bad if their relationship stayed the same or strained at worse.

Anyways, I’ll see you next time for the final episode and I’m hoping that things will be okay!