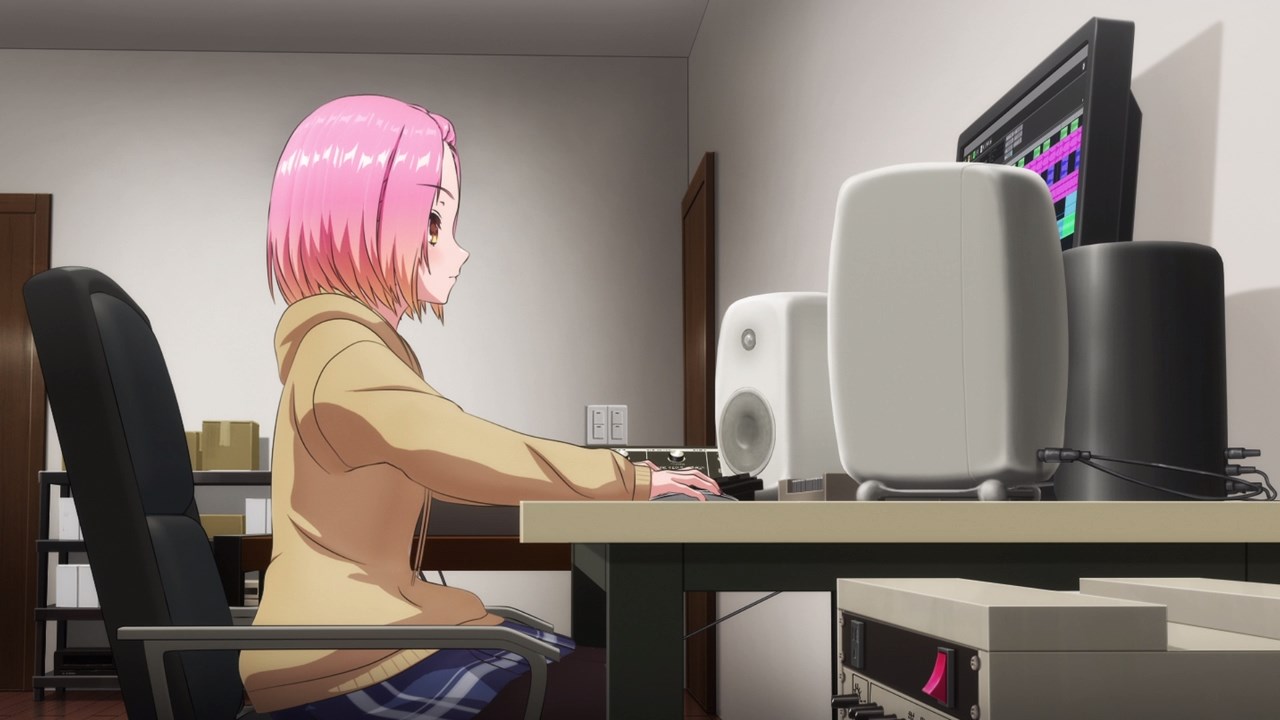 This is Shinobu Inuyose, the DJ of Peaky P-key who’s doing her usual work of mixing songs. Not only that, but her grandfather is a famous DJ which is why Shinobu inherits his equipment. It’s no wonder why she make good remixes.

Of course, Shinobu was once a solo artist under the name DJ Shinobin where she posts her creations online. But it wasn’t until Kyouko Yamate asked Inuyose to form a DJ unit on Christmas Eve, thus Peaky P-key is born where they’re still bringing large crowds in Yoba Girls’ Academy. 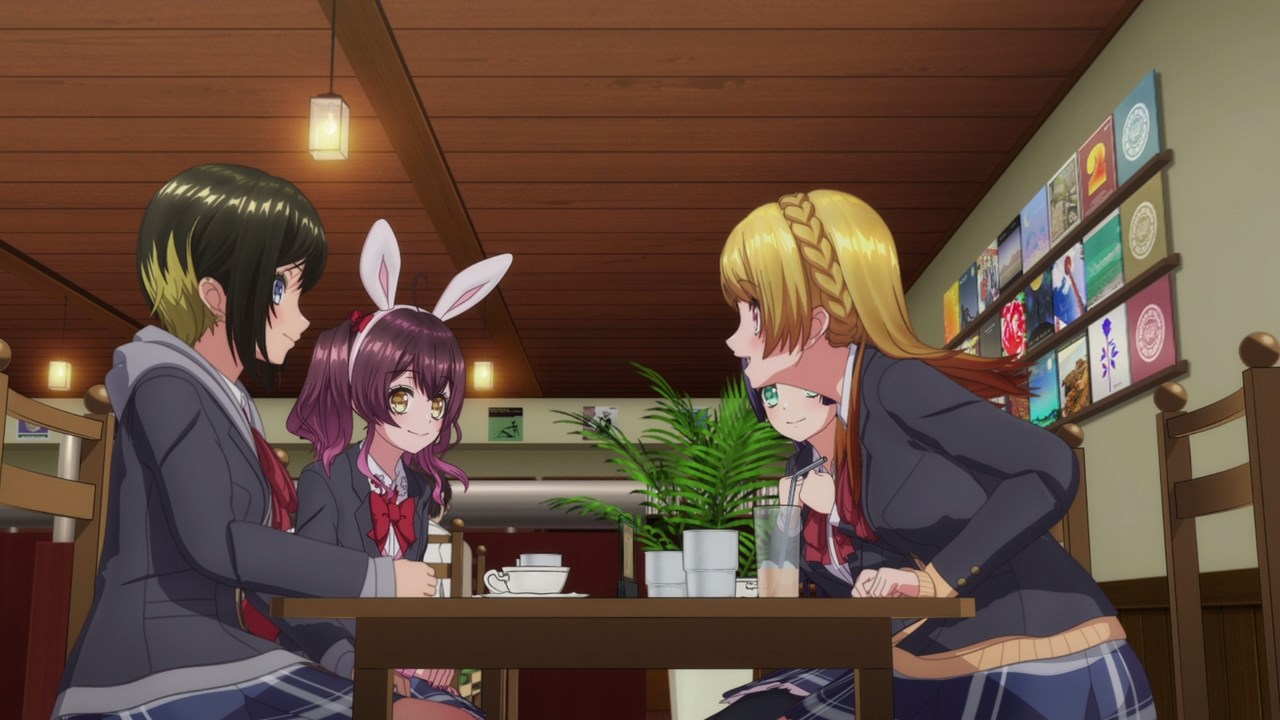 Now then, let’s move onto Happy Around where after passing the final exams, it’s time for Rinku Aimoto and the rest to make preparations for their live gig on Christmas Day. 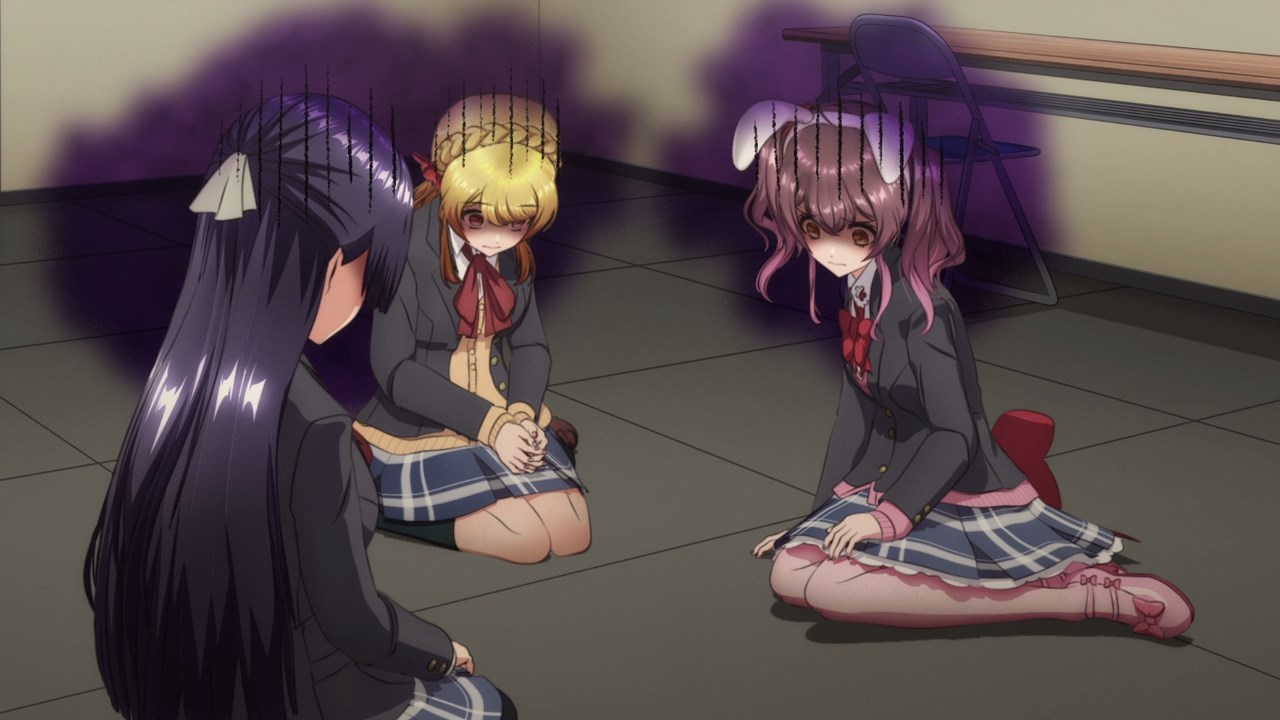 Unfortunately for Happy Around, it appears that they can’t perform at Yoba Girls’ Academy as there are no open slots for renting a stage on Christmas Day. 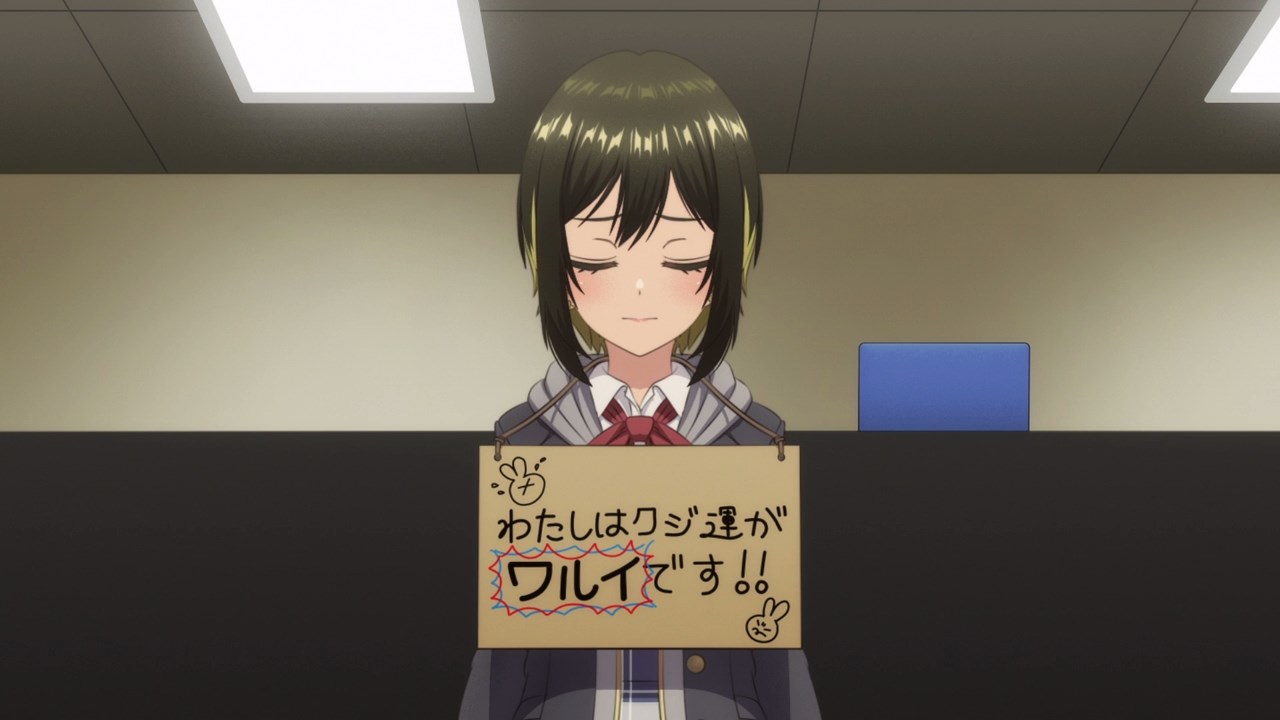 Oh, and they blame Maho Akashi for getting the short end of the stick. Man, where are they gonna perform as Rinku and the rest are looking forward for it? 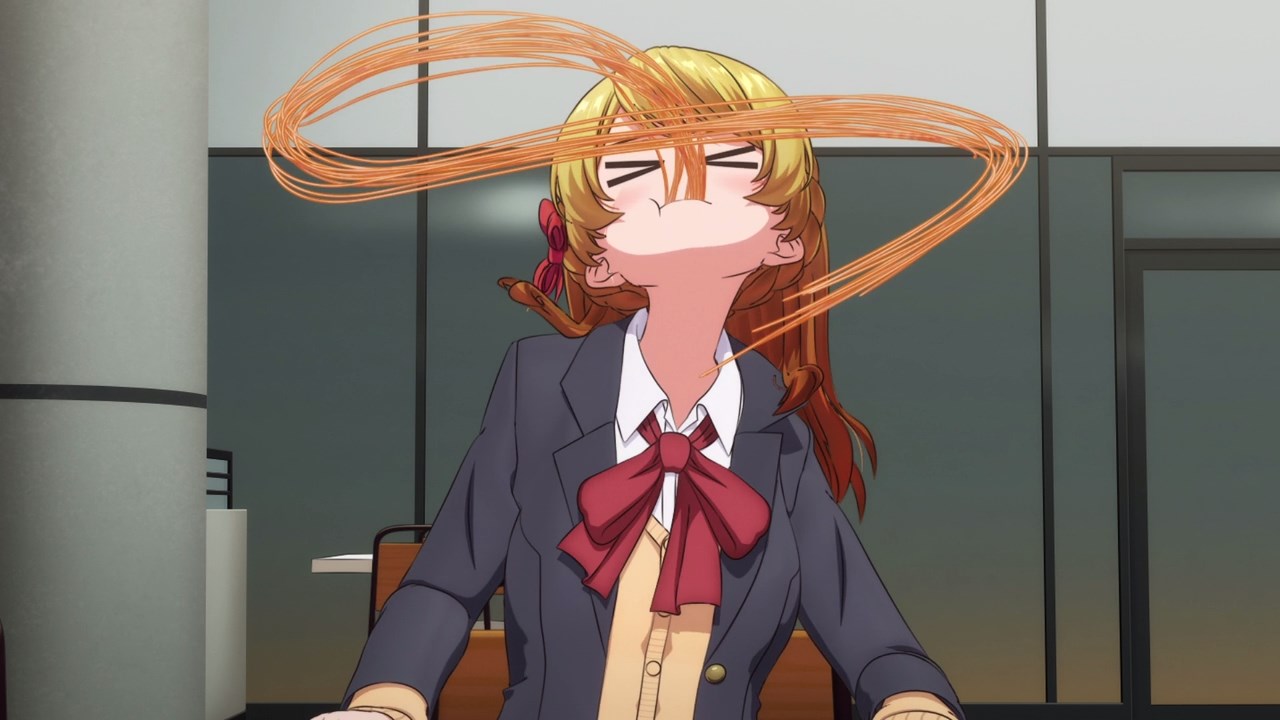 Speaking of Rinku Aimoto, it appears that she’s chowing down food to relieve stress. Let’s hope that she won’t get fat or even choke herself. 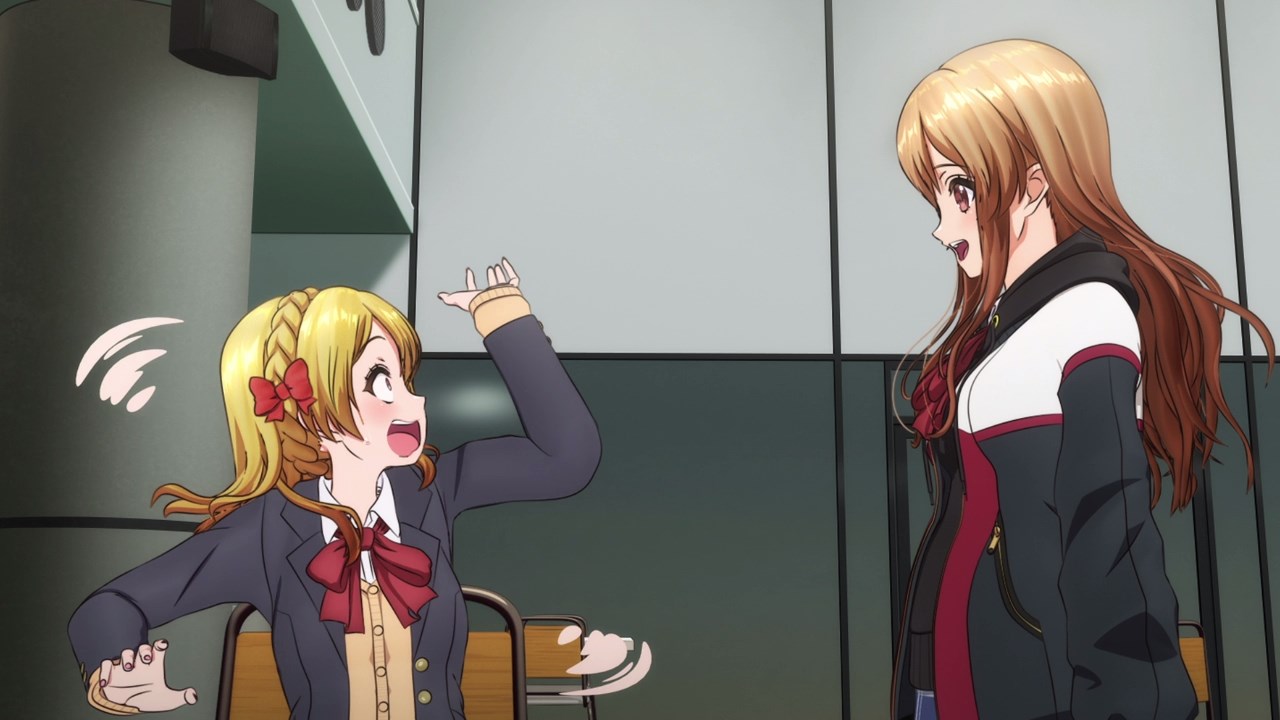 Good thing Kyouko Yamate is here where Rinku is surprised that the leader of Peaky P-key has arrived. Oh, and Kyouko is very interested towards Rinku Aimoto, especially her past performances with Maho Akashi and the rest. 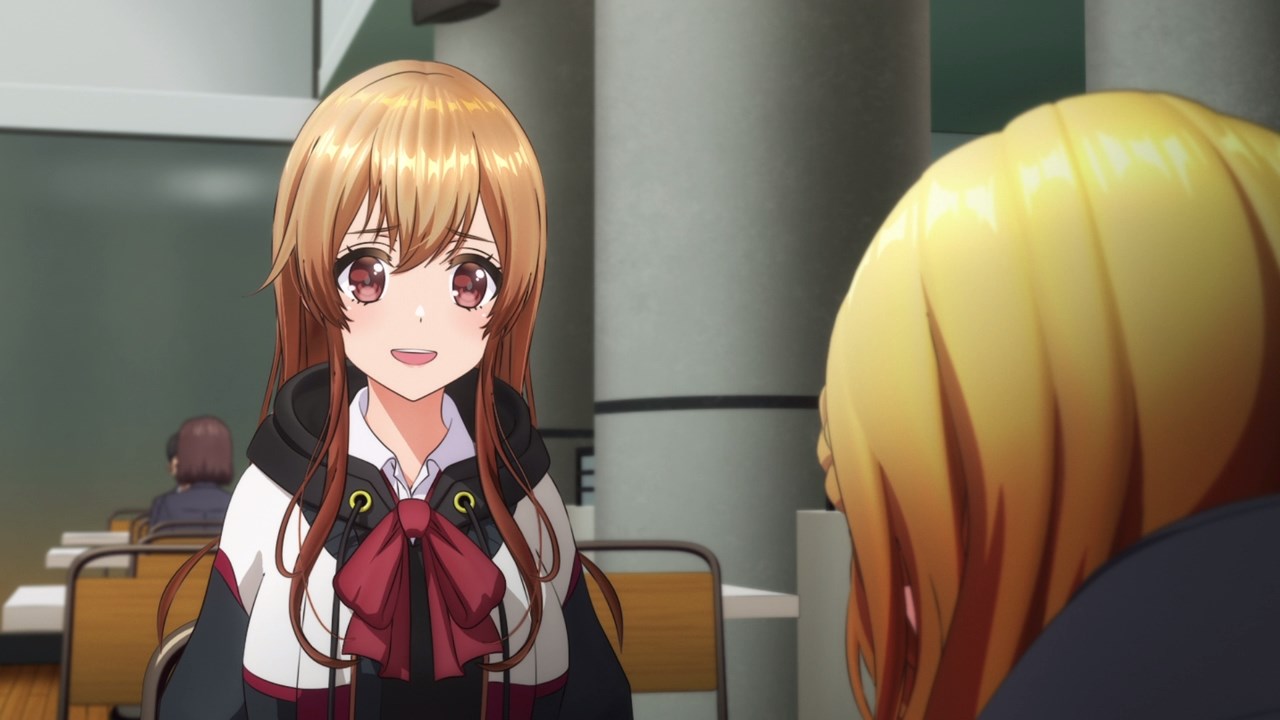 But anyways, Yamate invites Aimoto to Peaky P-key’s live gig on Christmas Eve as her DJ unit wants to show something special towards Rinku and her friends. After all, December 24 is the day Kyouko’s DJ unit is formed.

Speaking of Kyouko Yamate, she’s actually a talented composer where Kyouko learned various musical genres from her father. Oh yeah, and it turns out that both Kyouko and Shinobu are neighbors, although they didn’t become friends until middle school. 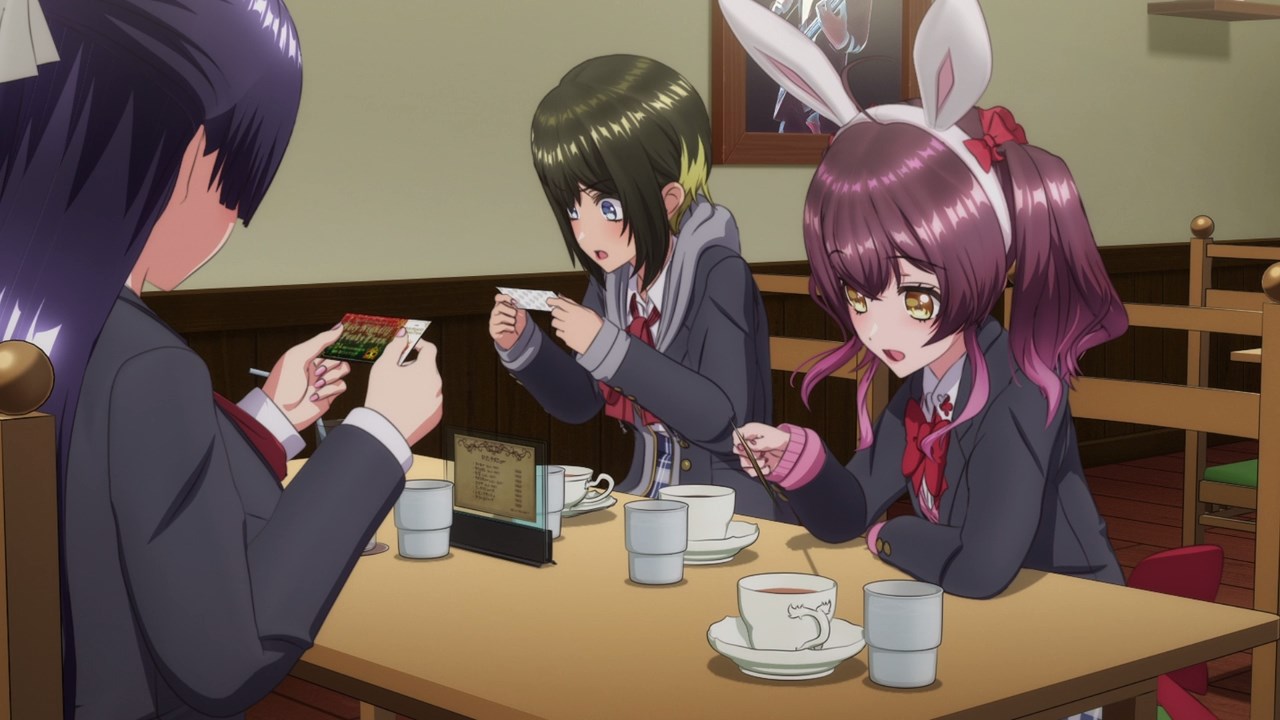 With that said, Kyouko gave some tickets to Rinku and her friends in which Maho can’t believe that they’re invited to watch Peaky P-key’s Christmas concert. C’mon, it’s a big deal for Akashi! 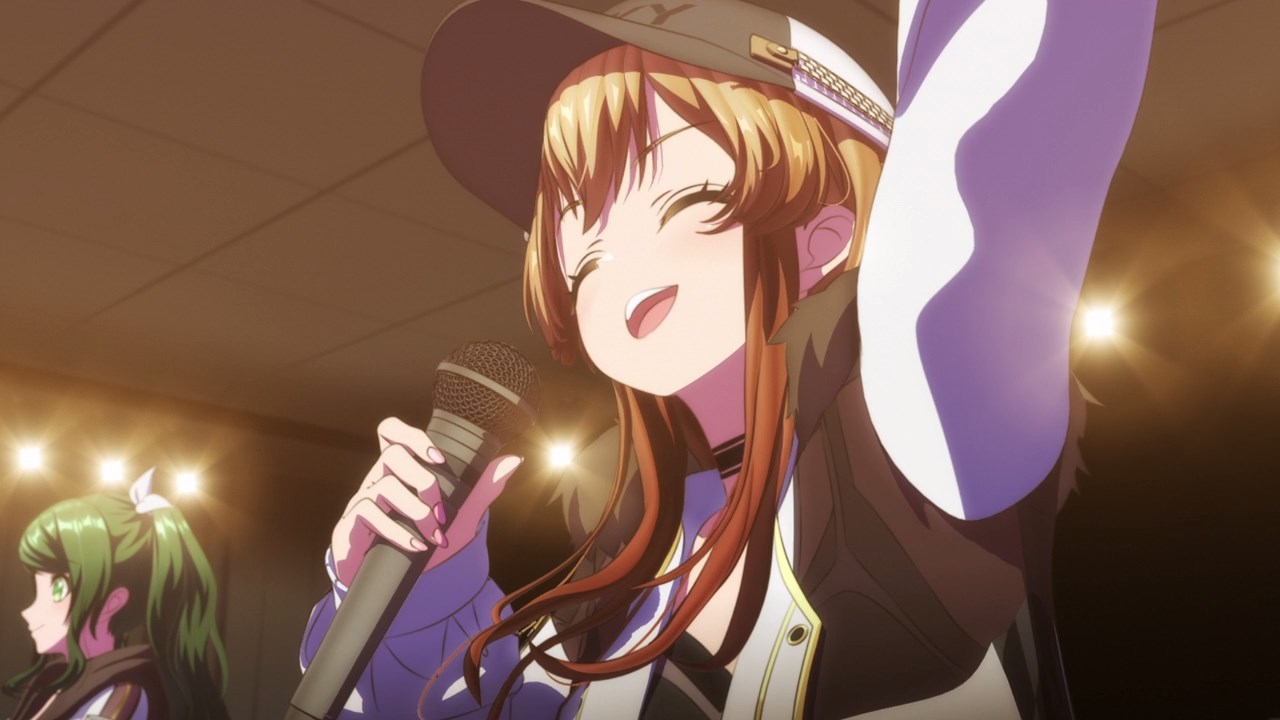 Now then, December 24 has arrived as Peaky P-key is ready to bring the house down but before they start the concert, Kyouko Yamate wants to invite a special guest. 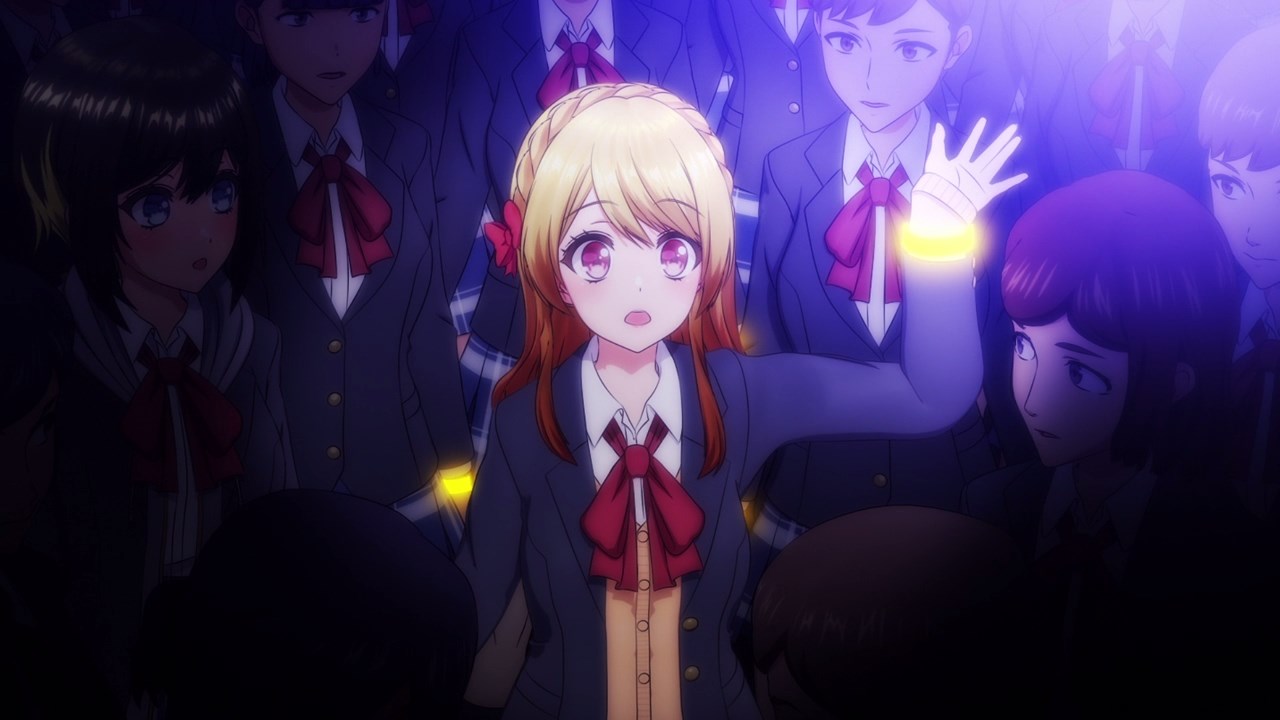 Said guest happened to be Rinku Aimoto where Kyouko wants her to join Peaky P-key’s performance. Well then, looks like Aimoto can’t waste this opportunity to perform with the best DJ unit in Yoba Girls’ Academy. 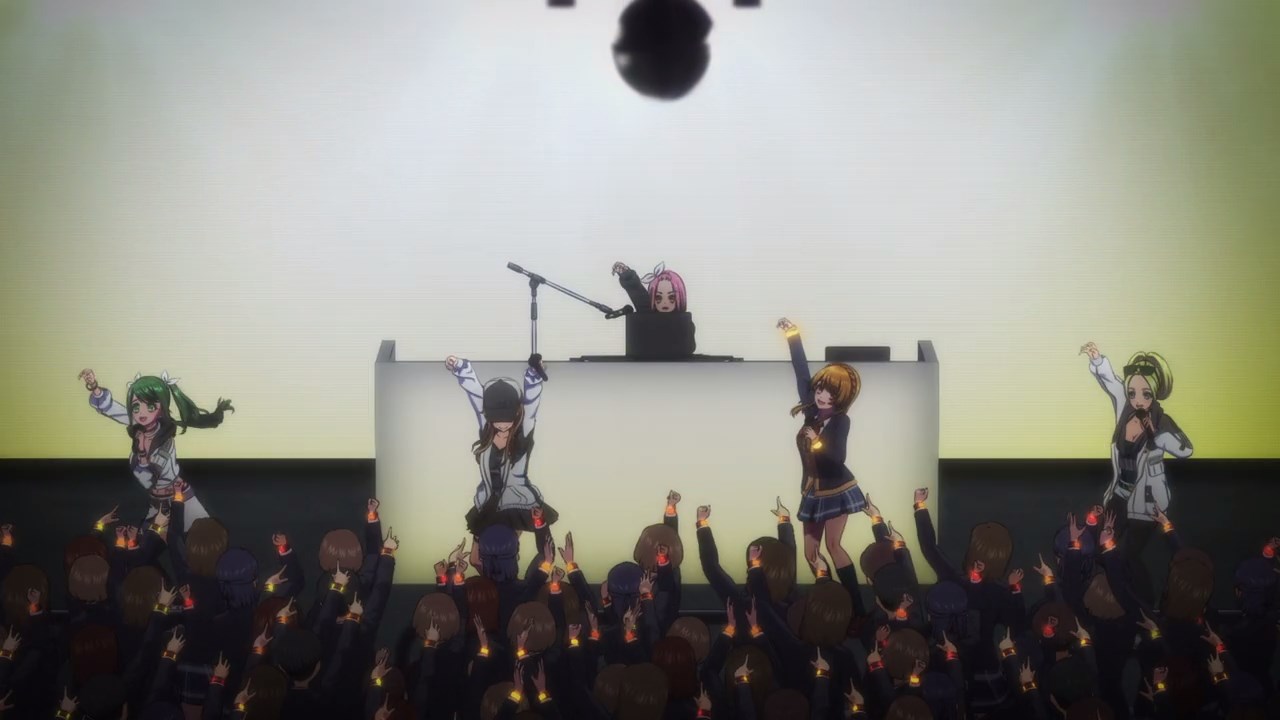 Anyways, here’s Peaky P-key’s as they perform “Let’s do the ‘Big-Bang!'” together with Rinku Aimoto. And really, this song is bangin’ that the entire crowd love it! 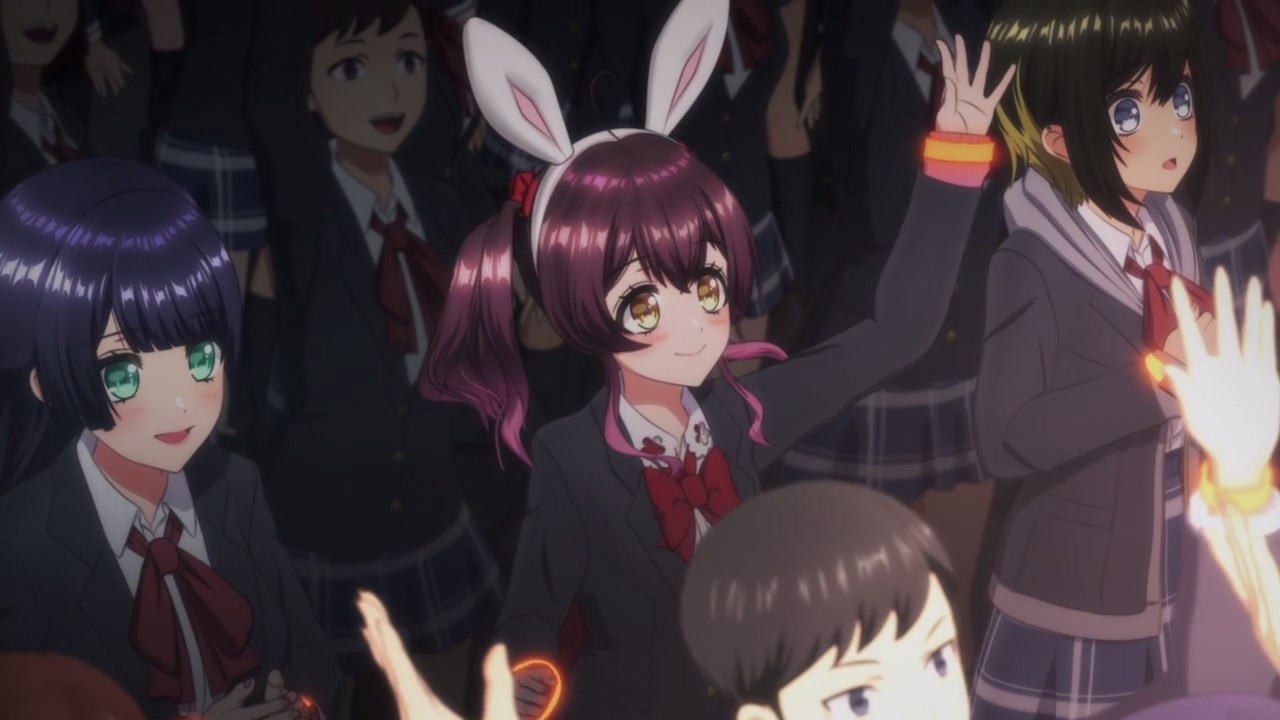 Well then, I would say that Peaky P-key’s Christmas concert is a success but man, I’m hoping that Happy Around will find a venue in time for Christmas Day.

On the other hand, it appears that Maho Akashi is in awe on how Peaky P-key, especially Shinobu Inuyose, is head and shoulders above the rest. Of course, she can’t lose to them as Maho needs to get good. Anyways, I’ll see you next time!