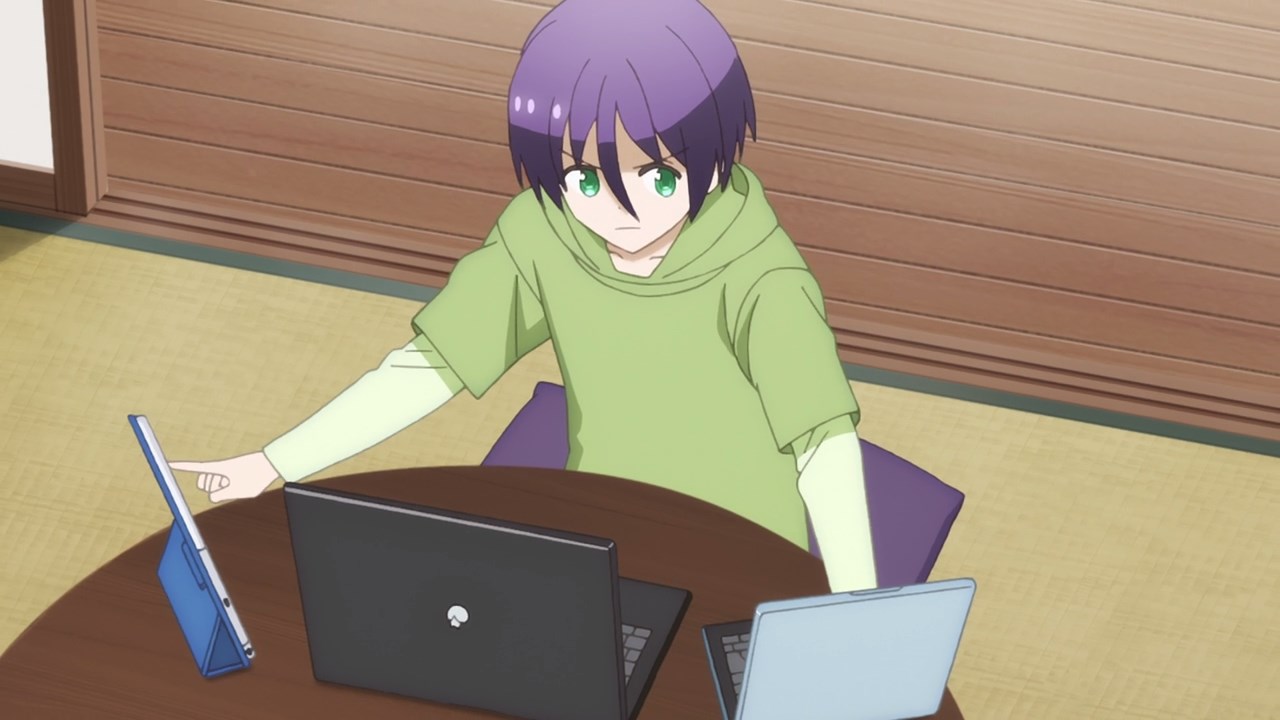 Let’s start this final episode with Nasa Yuzaki as he’s showing off his programming skills using two laptops and a tablet. 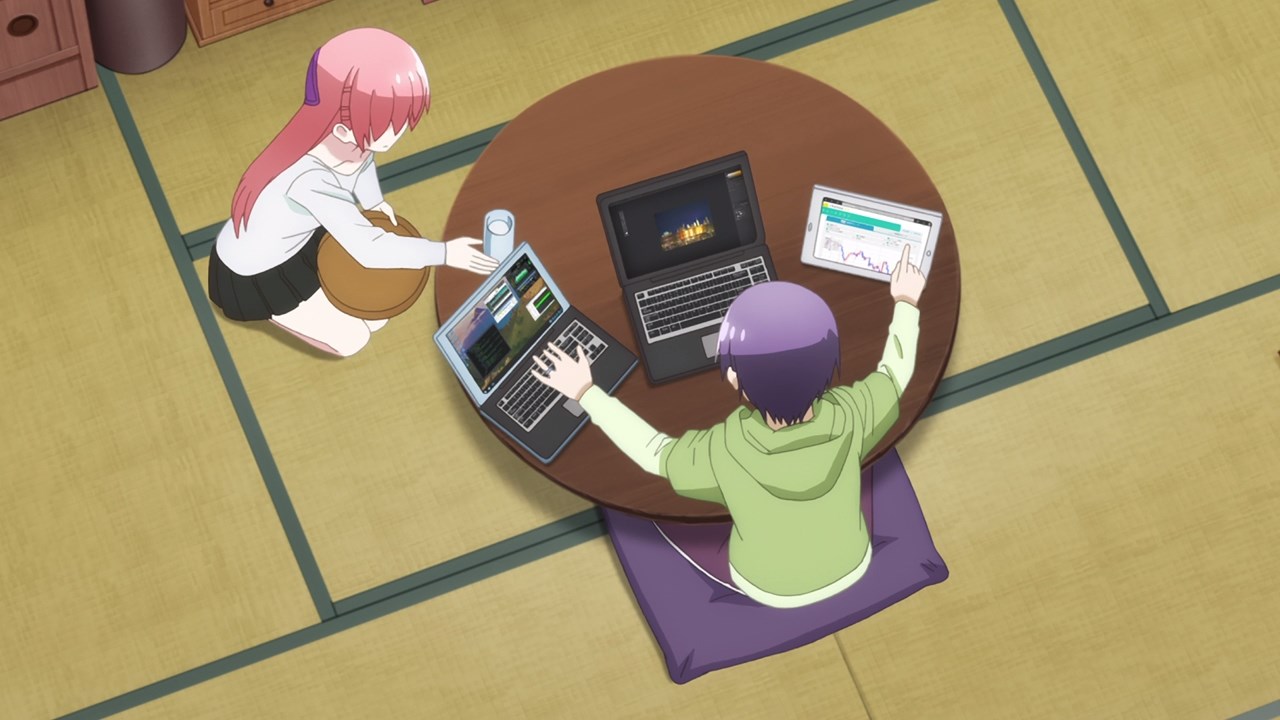 And here’s Tsukasa Yuzaki where she give him a glass of water, although she’s worried about his health ever since he got hit by a truck. 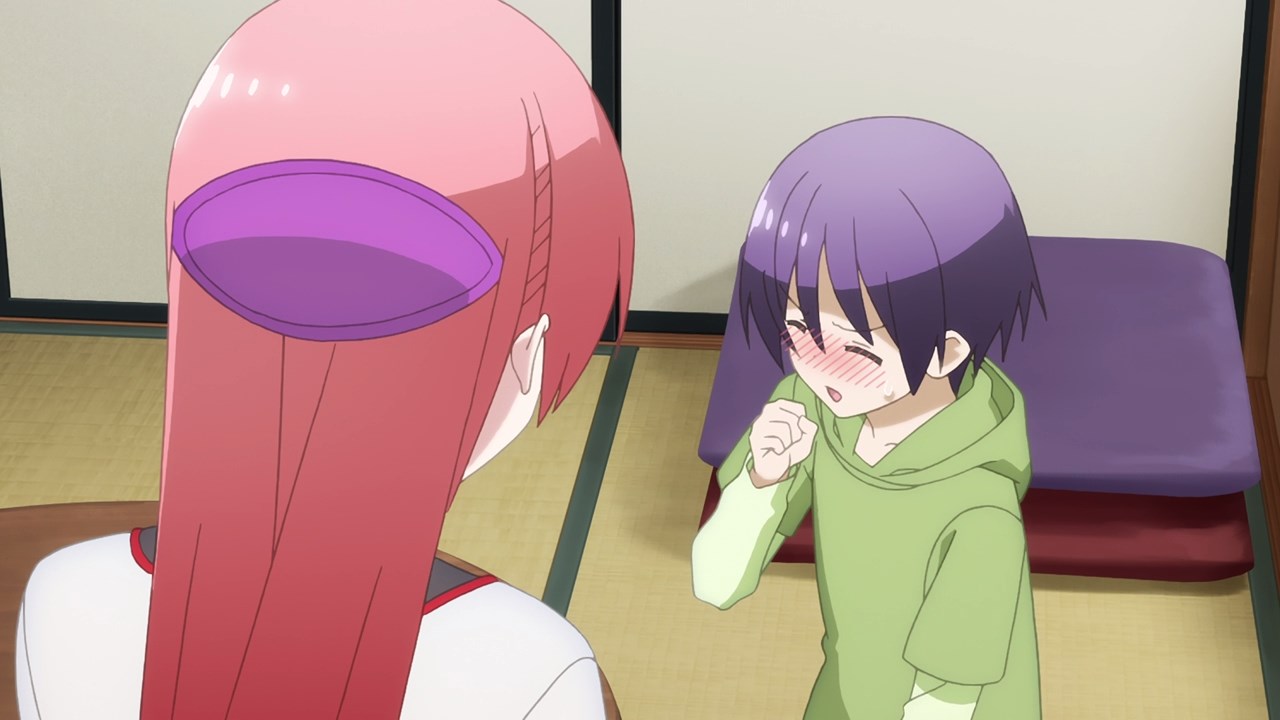 Sadly for Nasa-kun however, it appears that he got a nasty fever after working for long hours without any sleep. Dang, Tsukasa-chan doesn’t like her husband getting sick.

But seriously, Nasa Yuzaki needs to slow down a bit instead of going full-throttle. I mean, Nasa-kun not taking a rest is bad for his health. 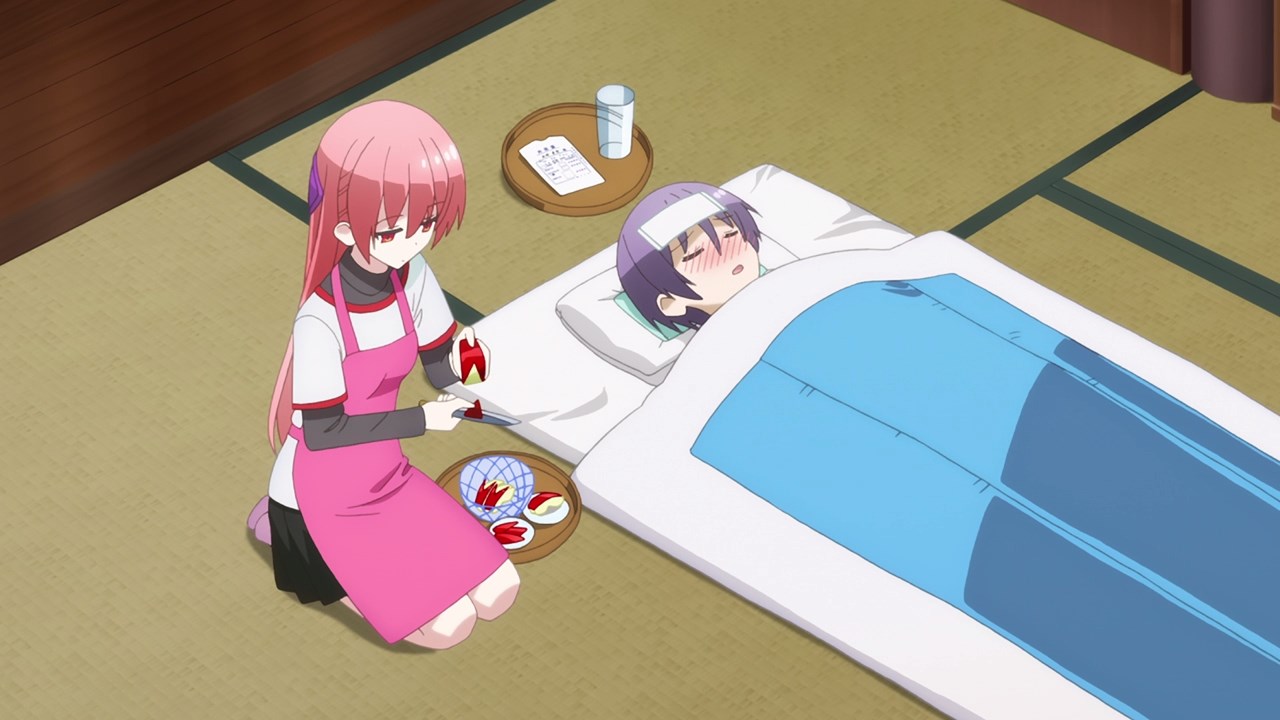 With that said, it’s time for Tsukasa-chan to nurse her husband back to health. And really, she’s reliable when it comes to taking care of Nasa-kun ranging from providing food and medicine. 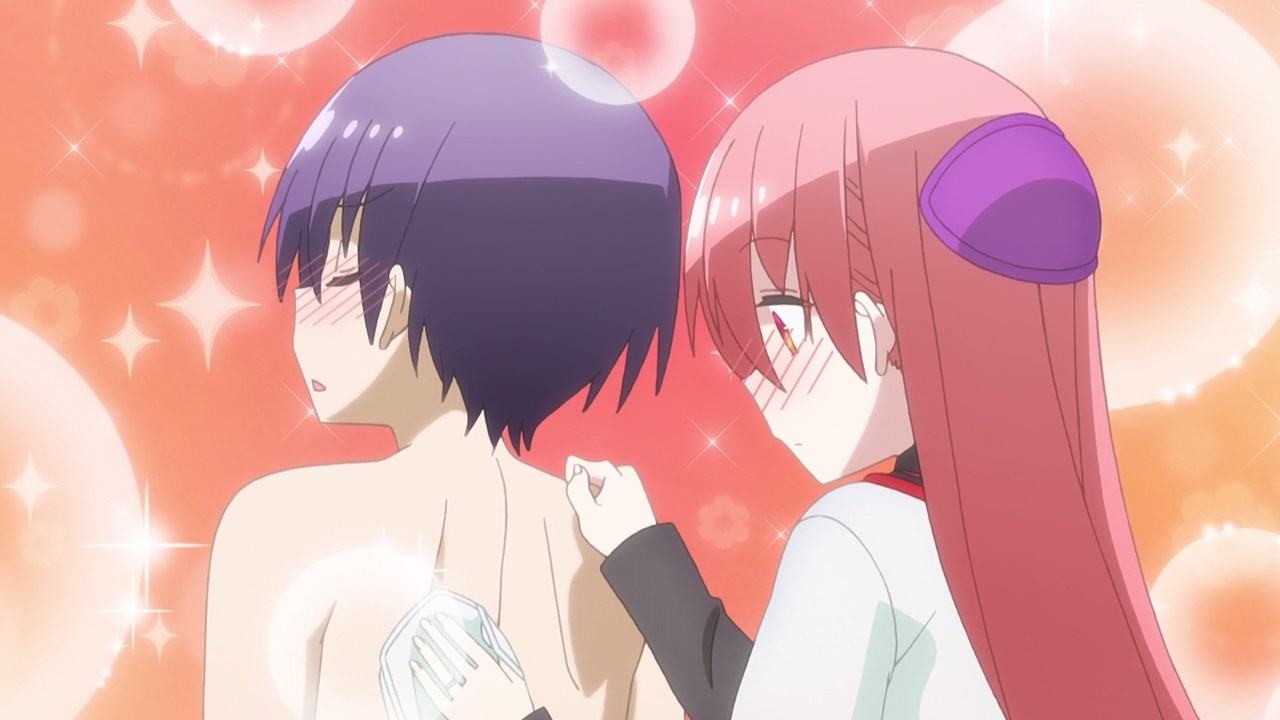 Heck, she can even wipe off his sweat, although this is one a bit sensual. Anyways, I’m glad that Nasa-kun married someone like Tsukasa-chan as she’s one perfect housewife.

Well, not really perfect but Tsukasa gets the job done on nursing him until Nasa is fully recovered. 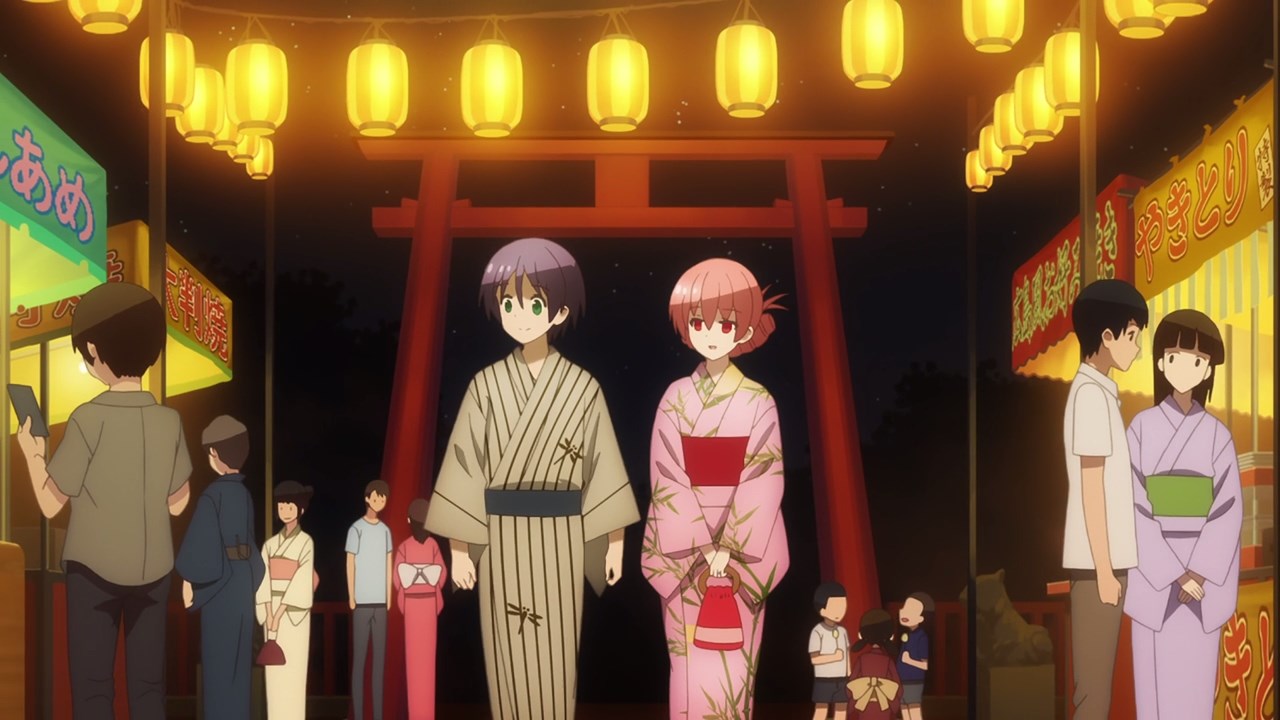 Now then, it’s time for the festival where Nasa and Tsukasa are wearing yukata for this occasion.

And speaking of Tsukasa-chan, she looks gorgeous regardless of the attire she’s currently wearing. 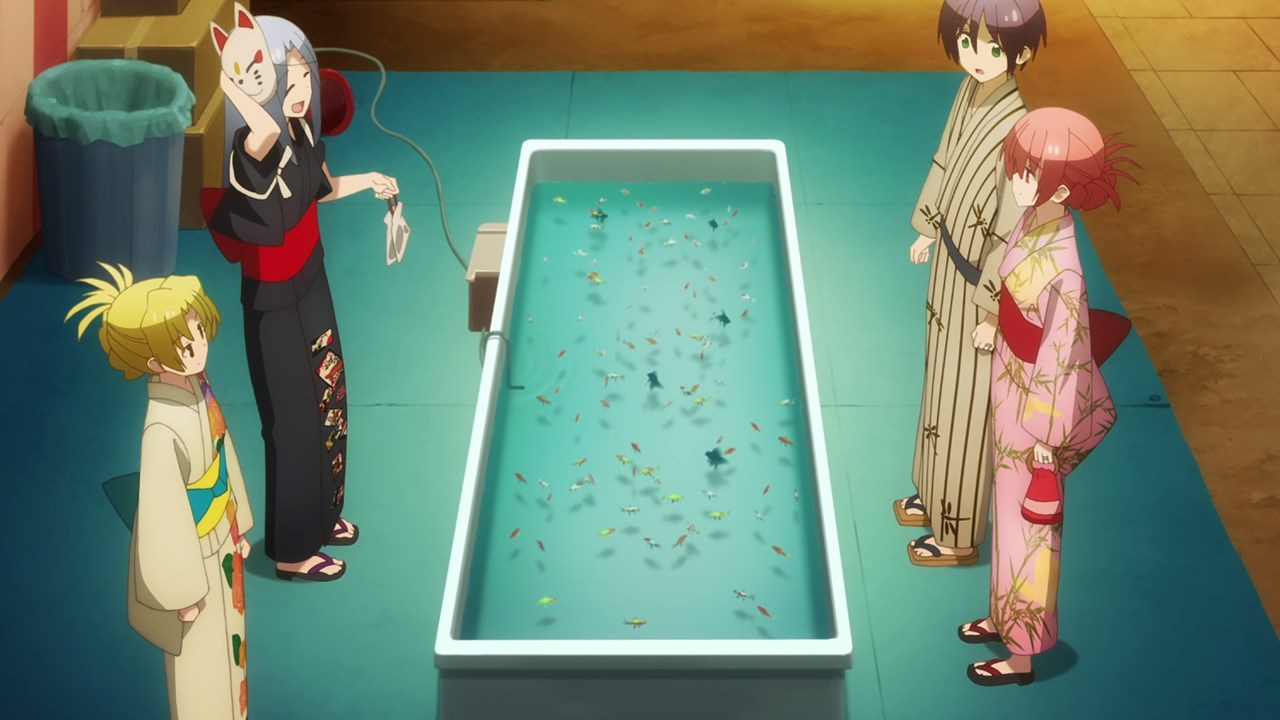 Oh yeah, let’s not forget that the festival has party games as Aya Arisugawa is hosting this goldfish scooping game together with Chitose Kaginoji.

Unfortunately for Nasa Yuzaki, it appears that he’s terrible at playing this game as he needs quick and delicate reflexes in order to catch one goldfish. 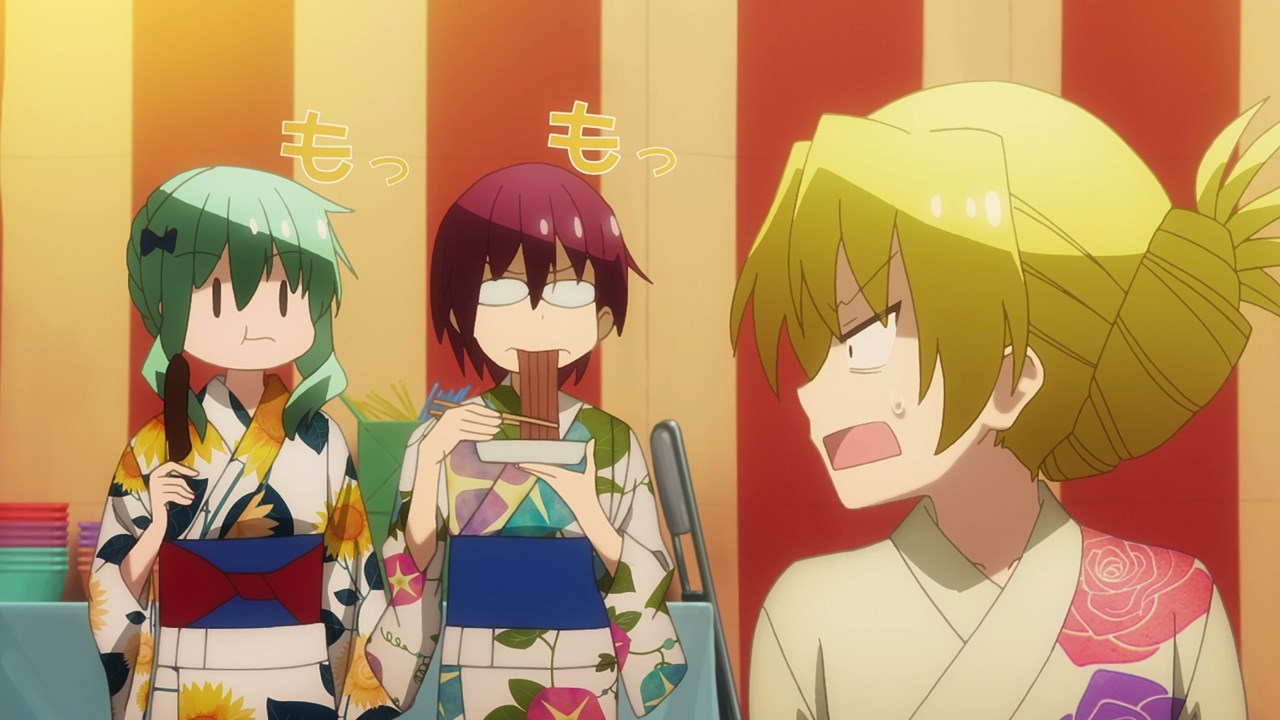 By the way, both Aurora and Charlotte are at the festival where the maids are enjoying themselves… by eating various snacks. Yeah, Chitose Kaginoji doesn’t like her maids having fun.

Speaking of Chitose, I wonder if she’s still bitter towards their marriage? Oh I hope she’s no longer have any ill feelings towards Nasa Yuzaki. 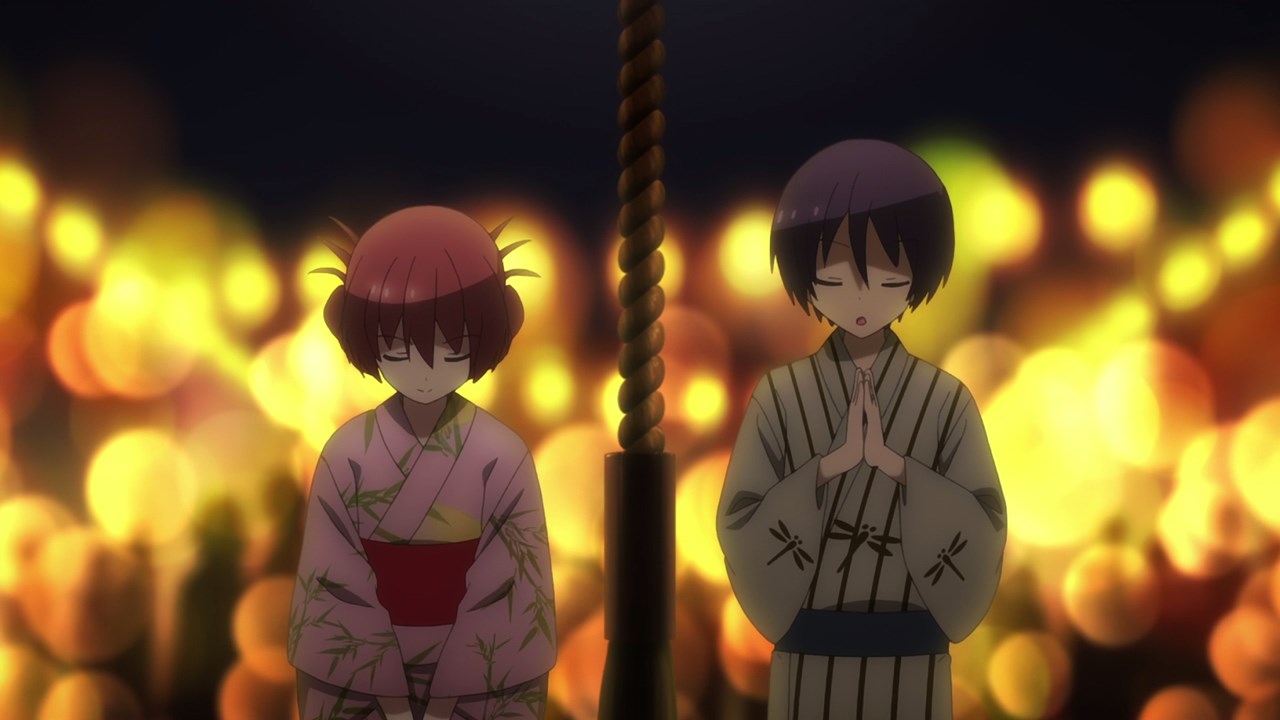 Now before watching the fireworks display, it’s time for the married couple to pray the gods for an everlasting married life. But for Tsukasa-chan however, she wants Nasa-kun to take it easy and enjoy life ’cause it’s very precious.

While it’s nice that they want to stick together until death, I’m hoping that the couple will have an apartment soon as they can’t stay at the Arisugawa residence forever. 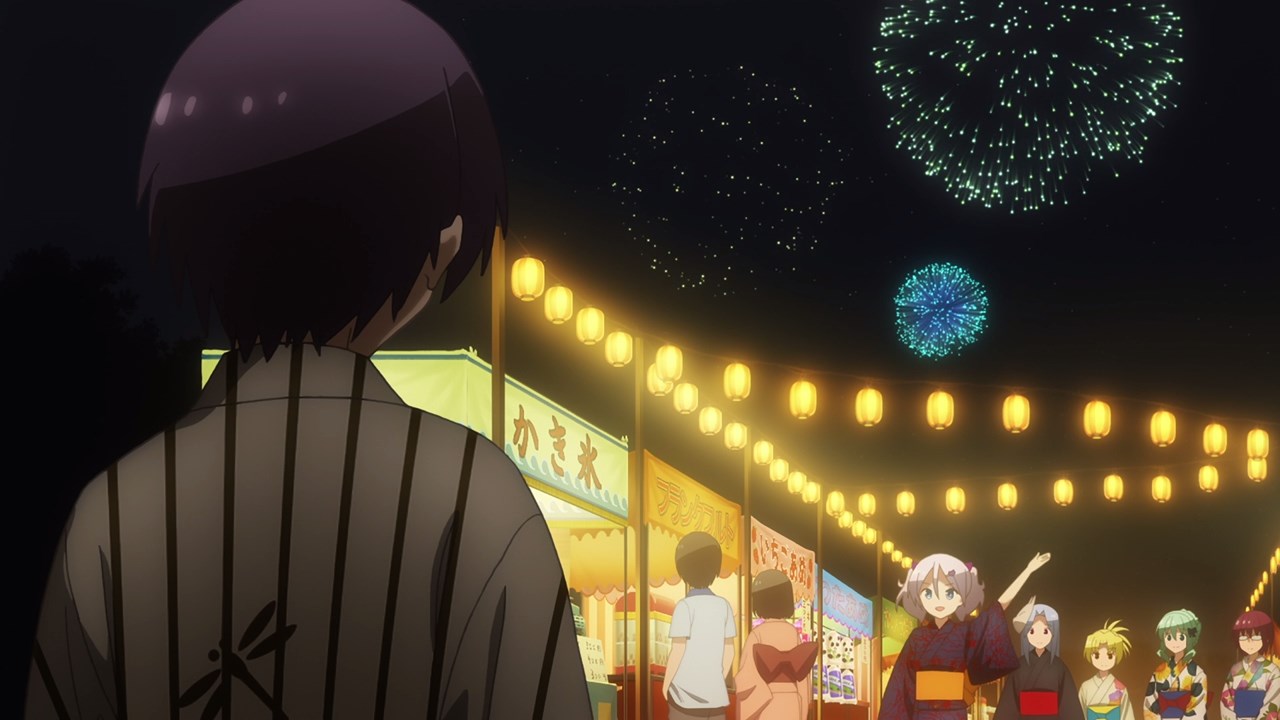 And now, it’s time to end this series as Kaname Arisagawa called the couple for the fireworks display. C’mon, it’s already begun and they don’t want to miss that! 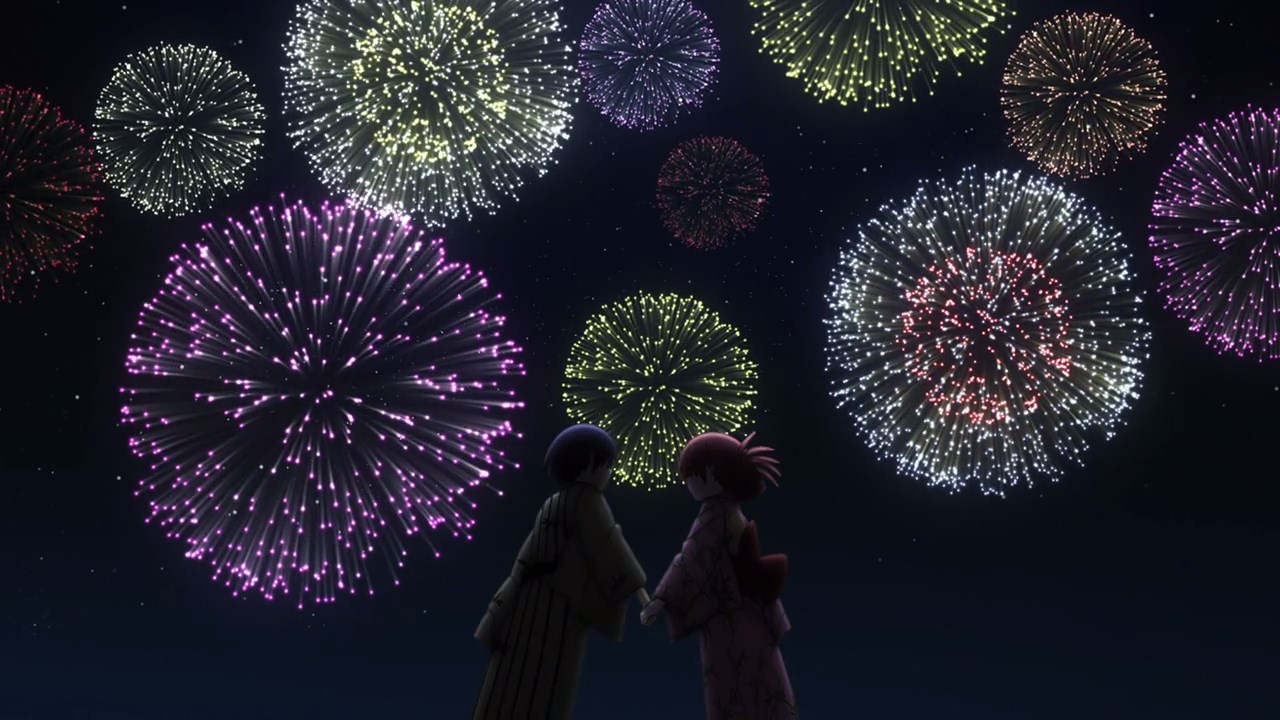 Well, I have to say that it’s one comfy show to watch where we have a newlywed couple having the time of their lives, although they haven’t had sex yet. But you know what, both Nasa and Tsukasa are amazing in their own respective ways as they’re cute together.

In any case, looks like Seven Arcs did a great job on the anime adaptation of Kenjiro Hata’s manga that I’m hoping that there will be another season of Tonikaku Kawaii. After all, seeing a cute married couple is making me tug my heart strings. Anyways, time to say goodbye to this wonderful couple!