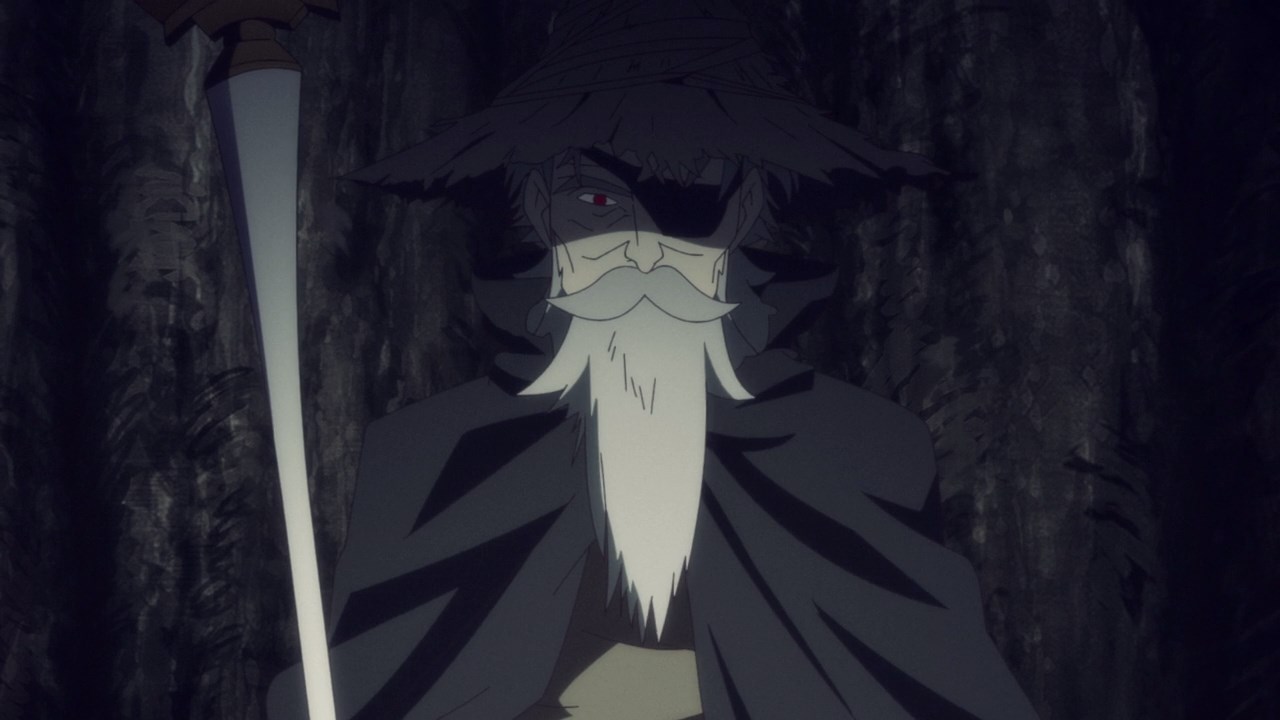 Well everyone, this is Odin’s true form where this Norse god is a senile old man determined to usher another Ragnarök.

Really, there’s no need for Odin to drag humanity to recreate a tragic event, and yet everyone got caught up in Odin’s mess which is why Claudia Bruford and her fellow Valkyries will do anything to stop this mad Norse god. 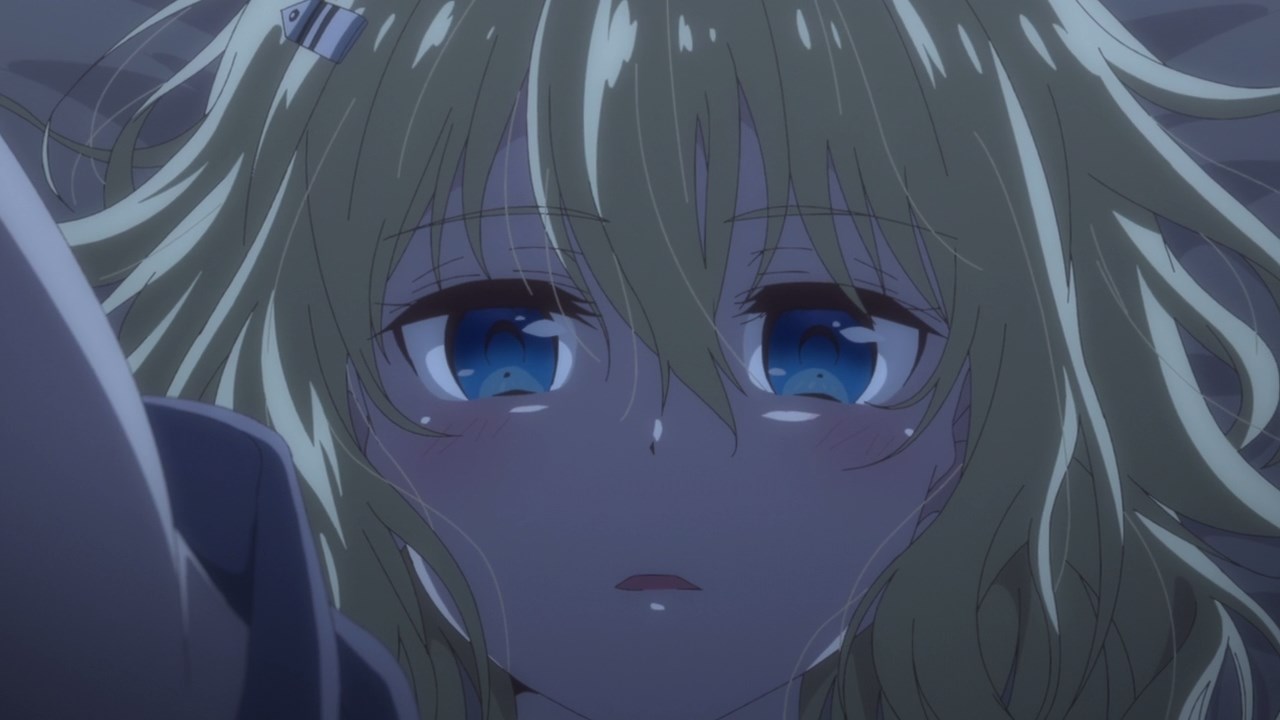 Speaking of Claudia Bruford, looks like Odin wants Claudia back to his side, but she doesn’t want to because Claudia has a home to return to which is Tateyama Air Base.

Gotta say that Odin is using psychological attack as a last-minute attempt to get his daughter to his side, but it doesn’t work anymore. 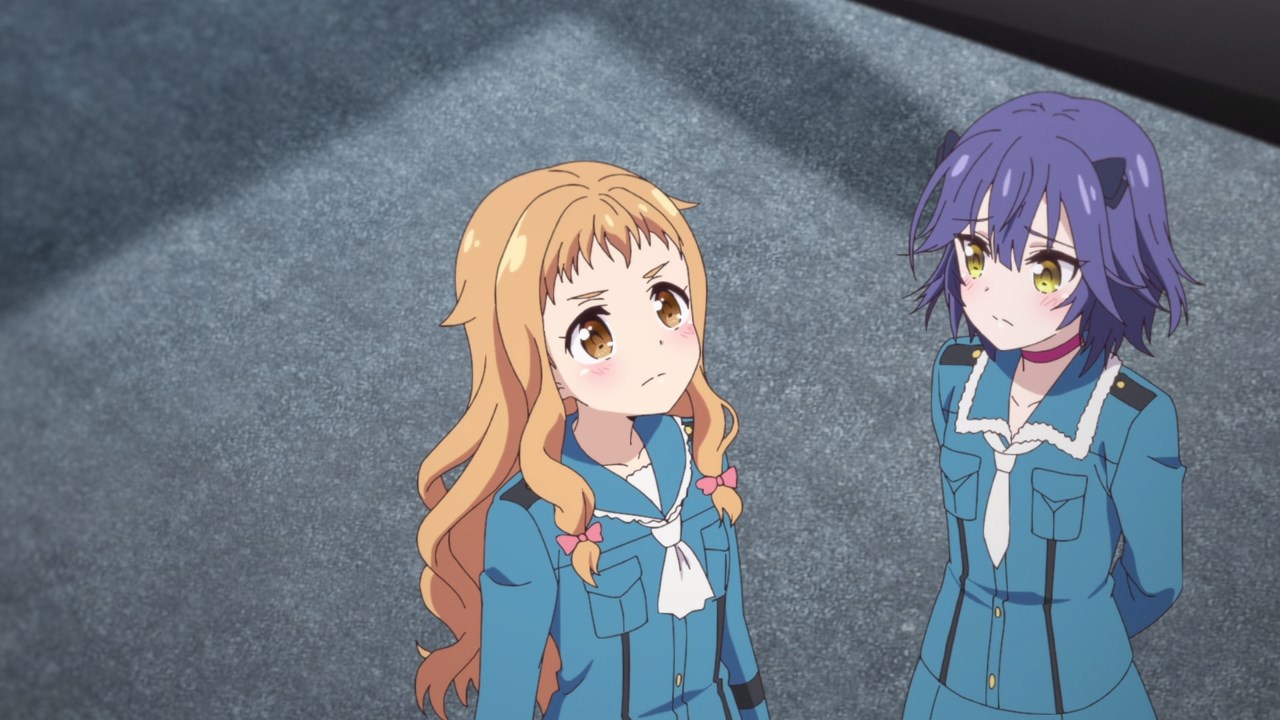 Meanwhile, here’s Kurumi Suzuhara and Moe Isurugi where these two young Valkyries are scared to fight against Odin.

Of course, they need to toughen up in order to stop Odin’s madness so that they won’t have to fight anymore. 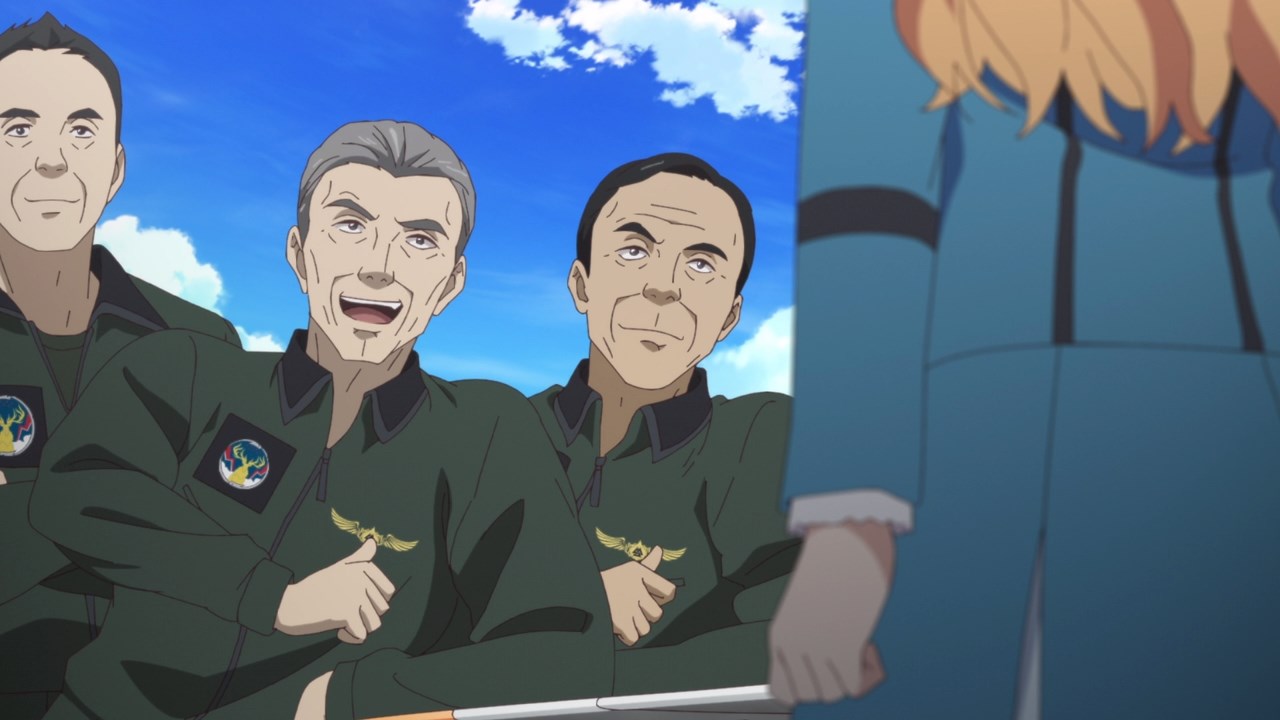 Also, these old pilots are here to protect Kurumi and Moe so that they can destroy the Pillars without running out of ammo or losing a wing. Who needs retirement when they can still kick some asses! 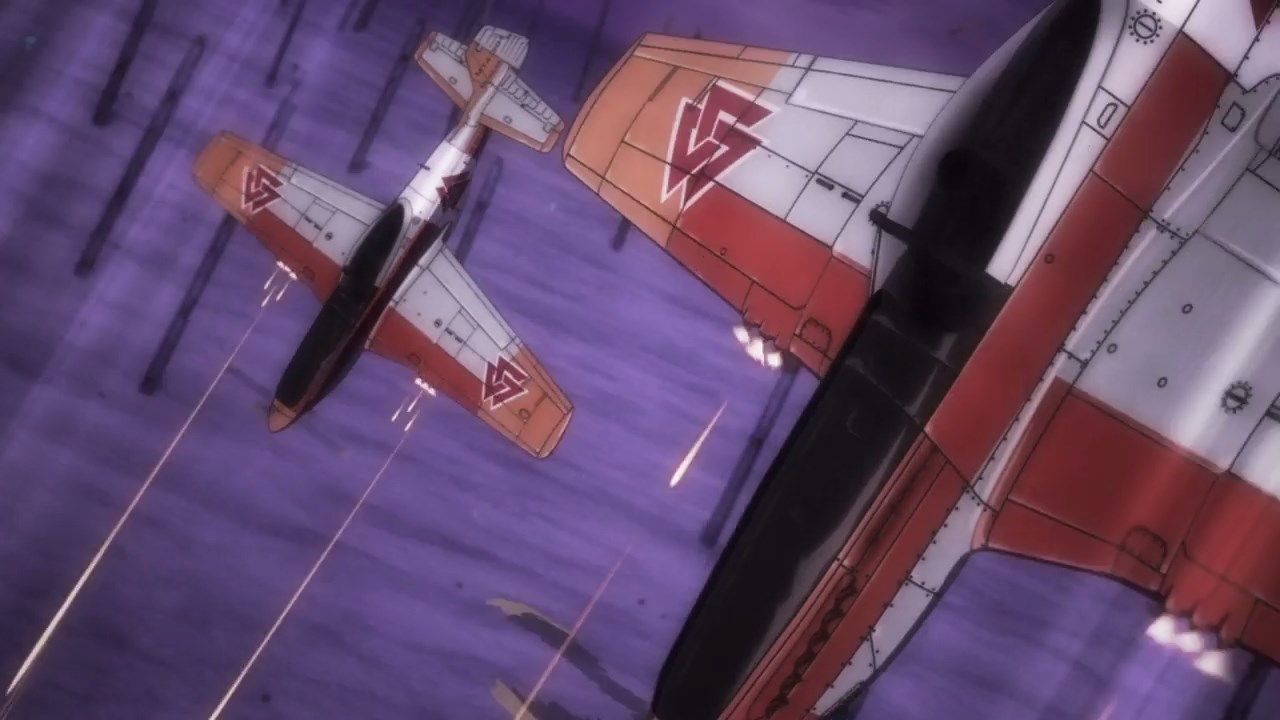 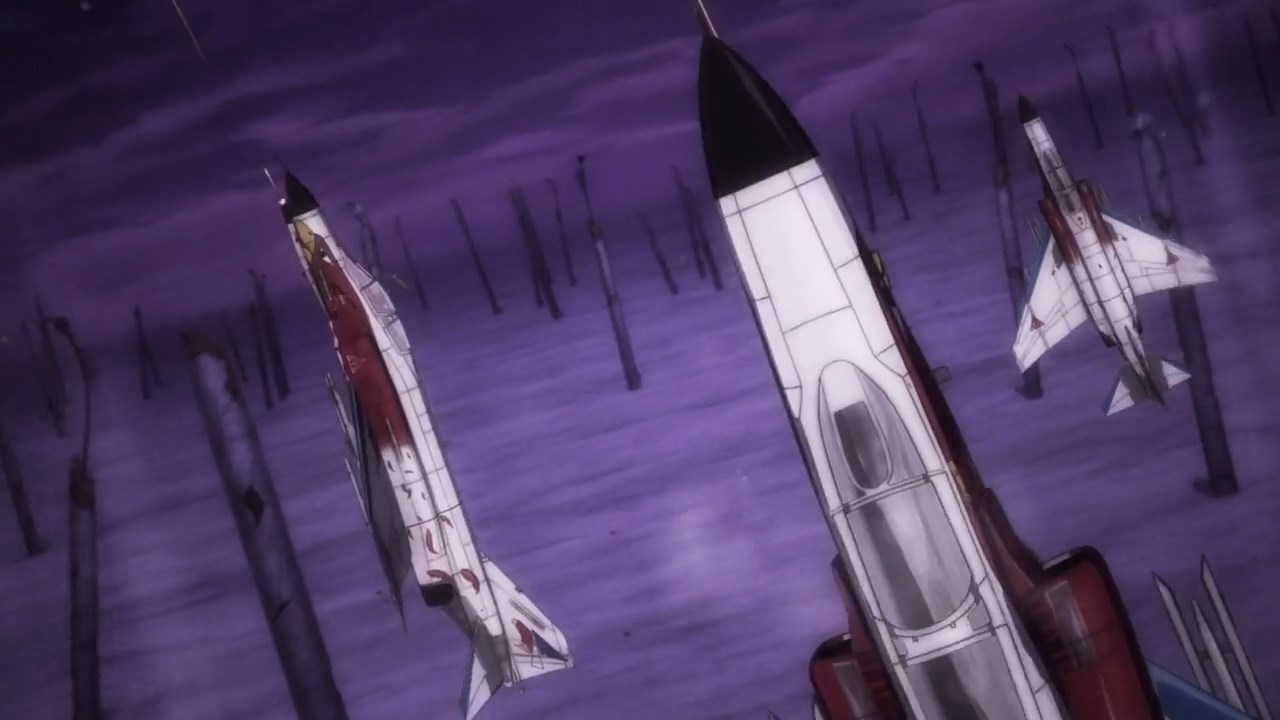 Now then, it’s time for the final battle as the remaining pilots went to the Fuji Primary Pillar. Of course, they need to destroy the Pillars first before taking on a Norse god. 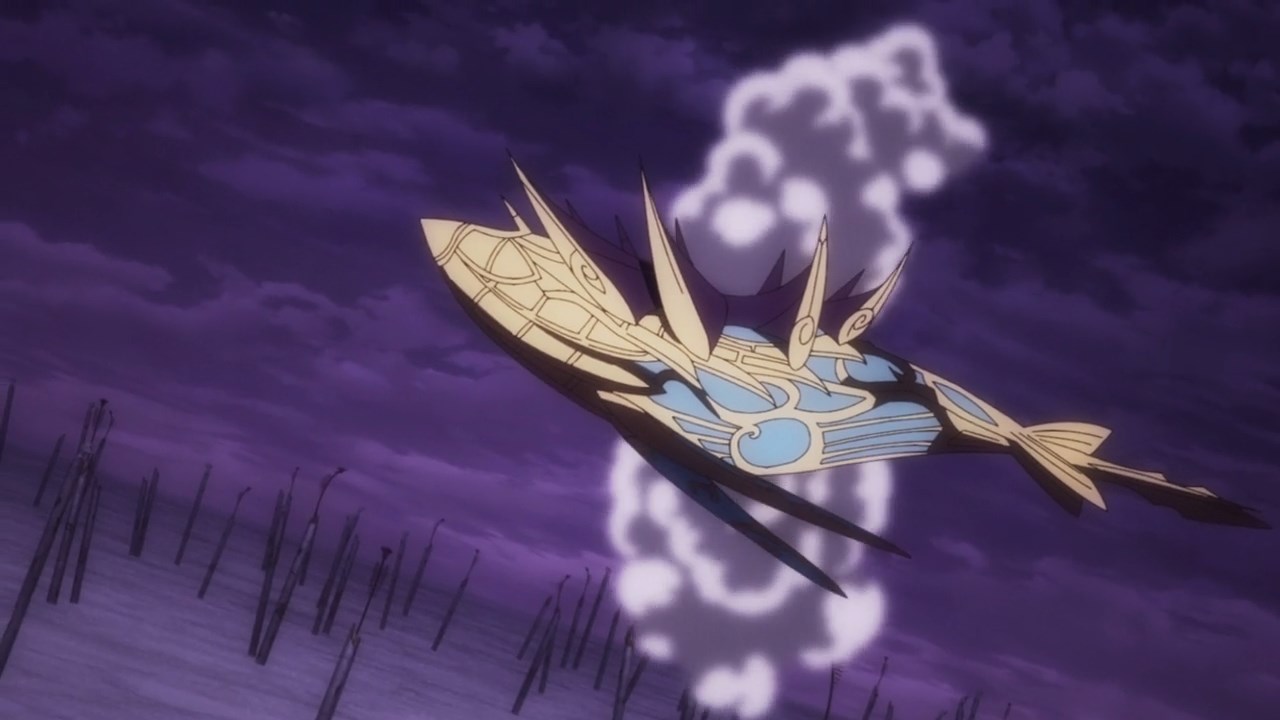 Anyways, looks like the pilots are doing their job on destroy the Pillars so far, although the only thing that scares them is that Odin and his army will retaliate across the world. 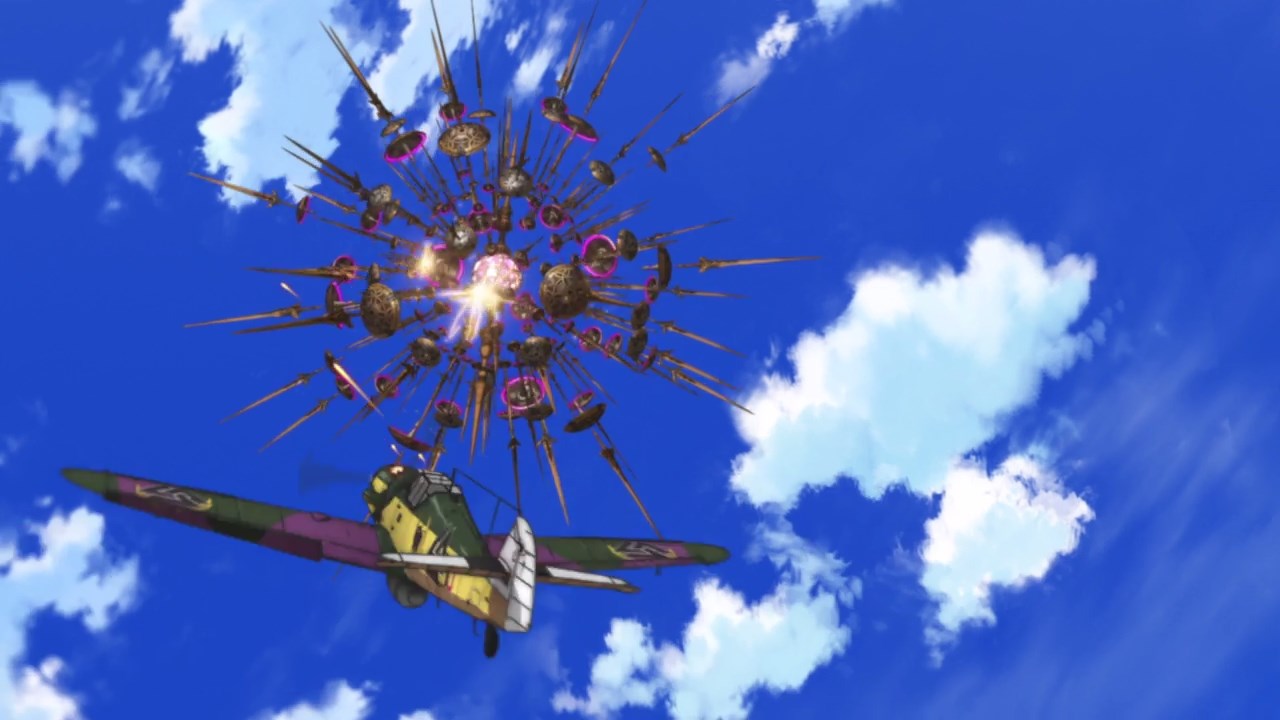 Fortunately, various air forces across the globe are ready to strike those Pillars back as seen here where Lizbet Crown shoots down the enemy. 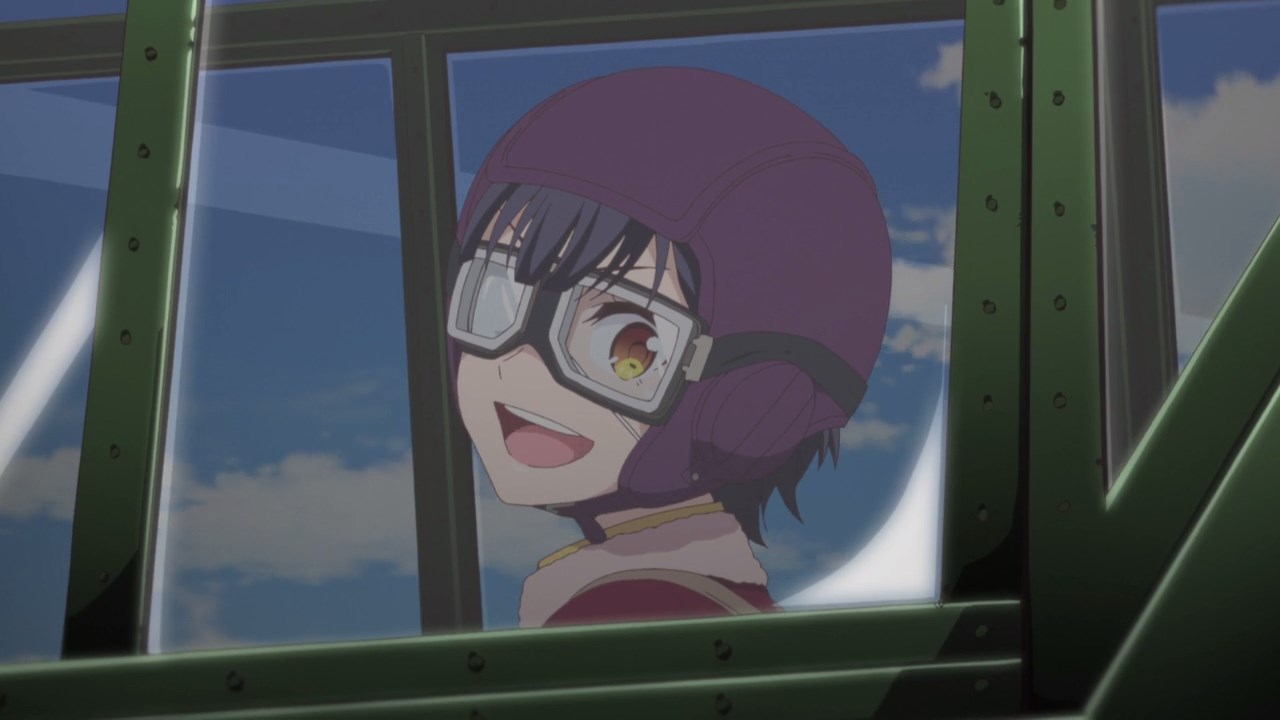 And speaking of Lizbet, glad that she’s still alive and kicking despite only having her left eye locking on the enemy. Still, Odin and his Pillar army are not going down without delivering massive damage. 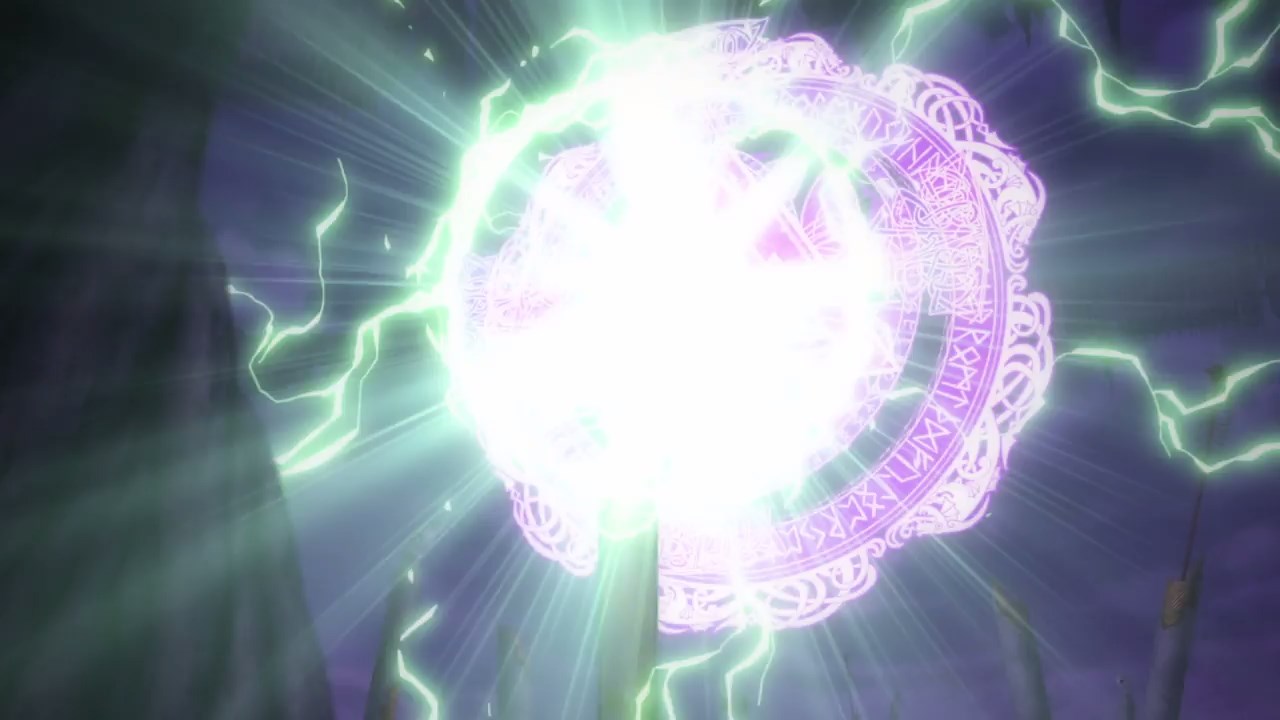 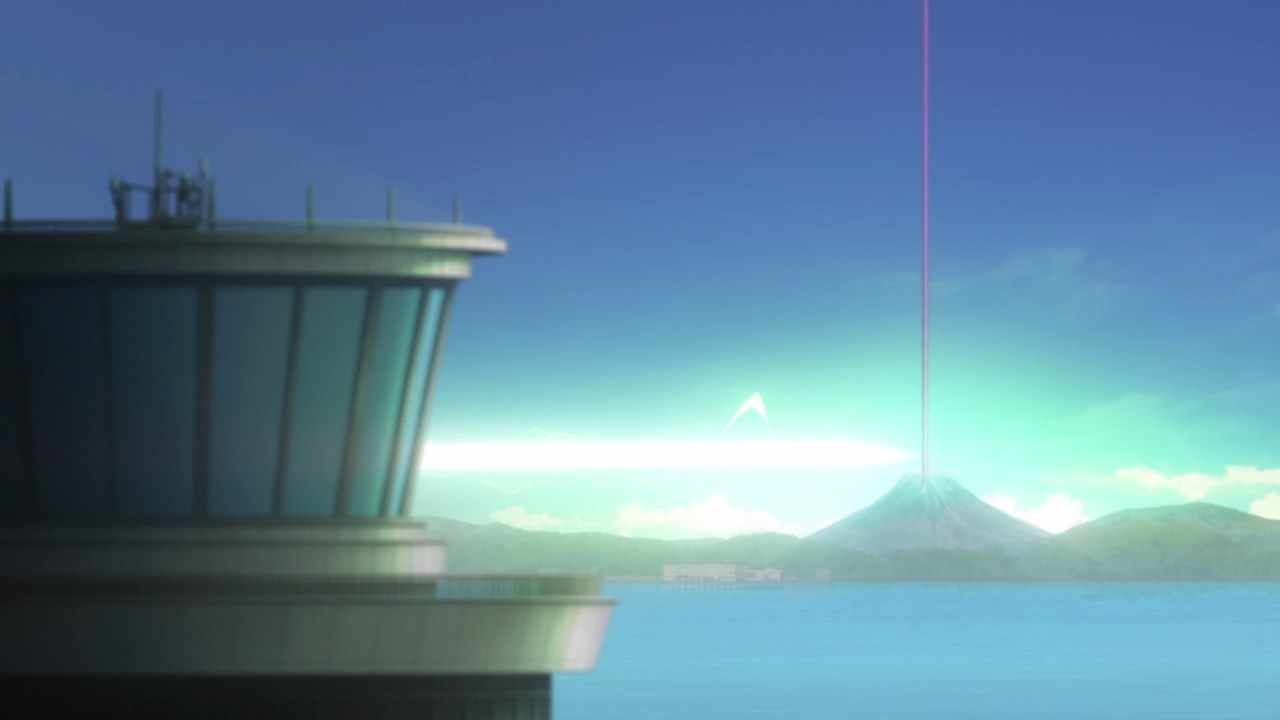 As you can see, Thor fires a laser that might destroy Tateyama Air Base, but it went off-course instead.

While it was a close call given that the Norse God of Thunder targeted the old air base, Thor is still a threat that Claudia and her fellow Valkyries must take it down before facing Odin. 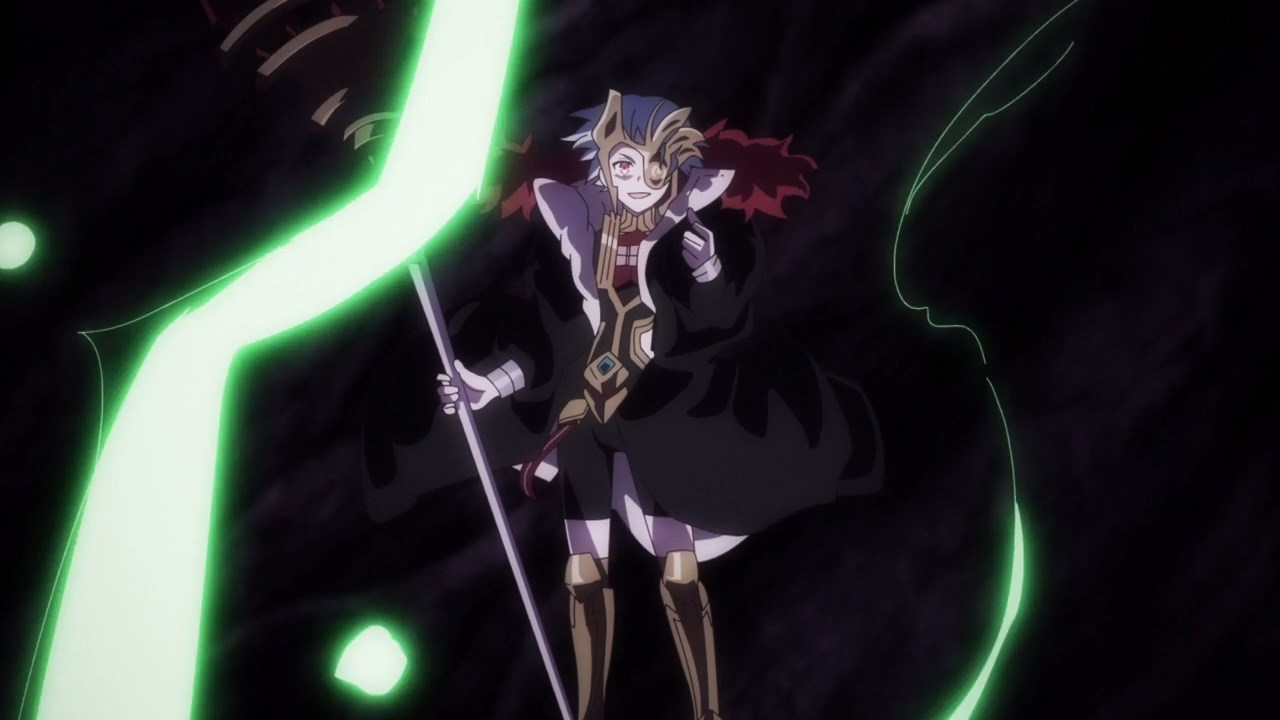 Then again, Odin has decided to show himself in his battle armor where he wants humanity to cower in fear as the Norse god enacts the 2nd Ragnarök. Of course, Claudia and the rest won’t let him do what he wants. 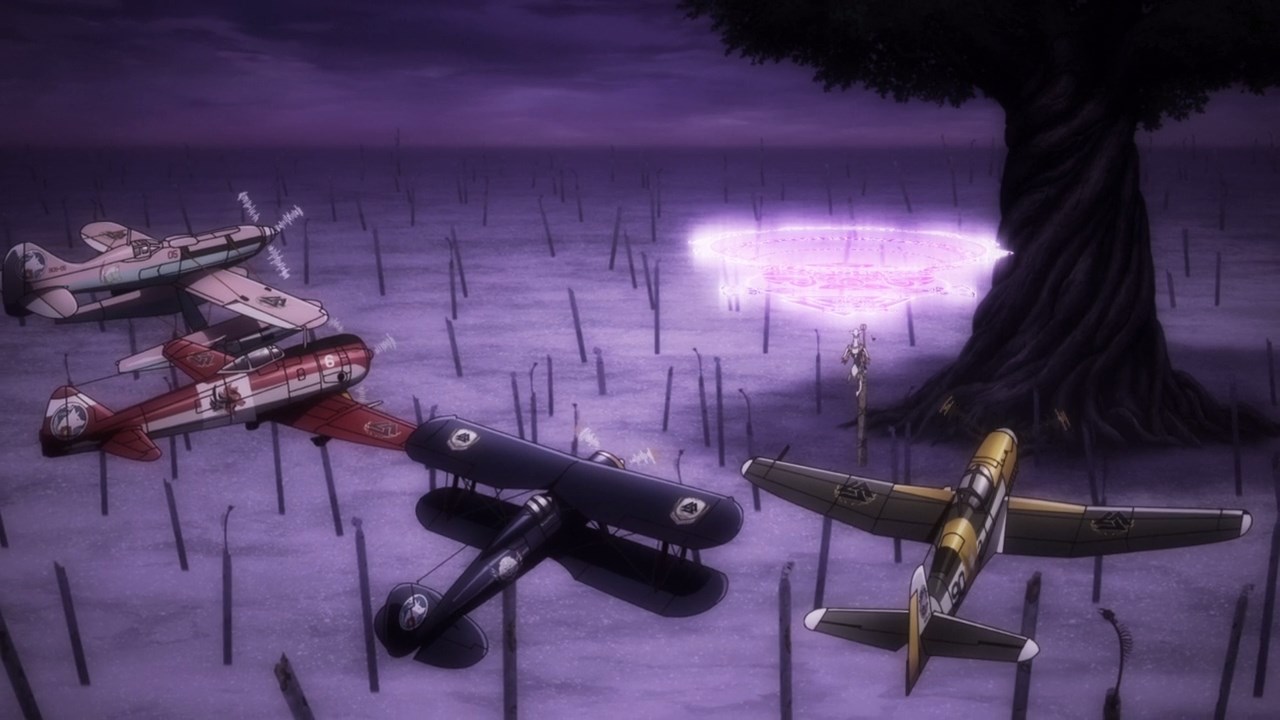 But yes, we’re approaching the climax of this show and I fear that someone will die on this final battle.

Given that Odin and his Pillar army have the advantage when it comes to strength, taking the mad god down would be very difficult for the Valkyrie Squadron. Then again, I’m hoping for a miracle on this battle. 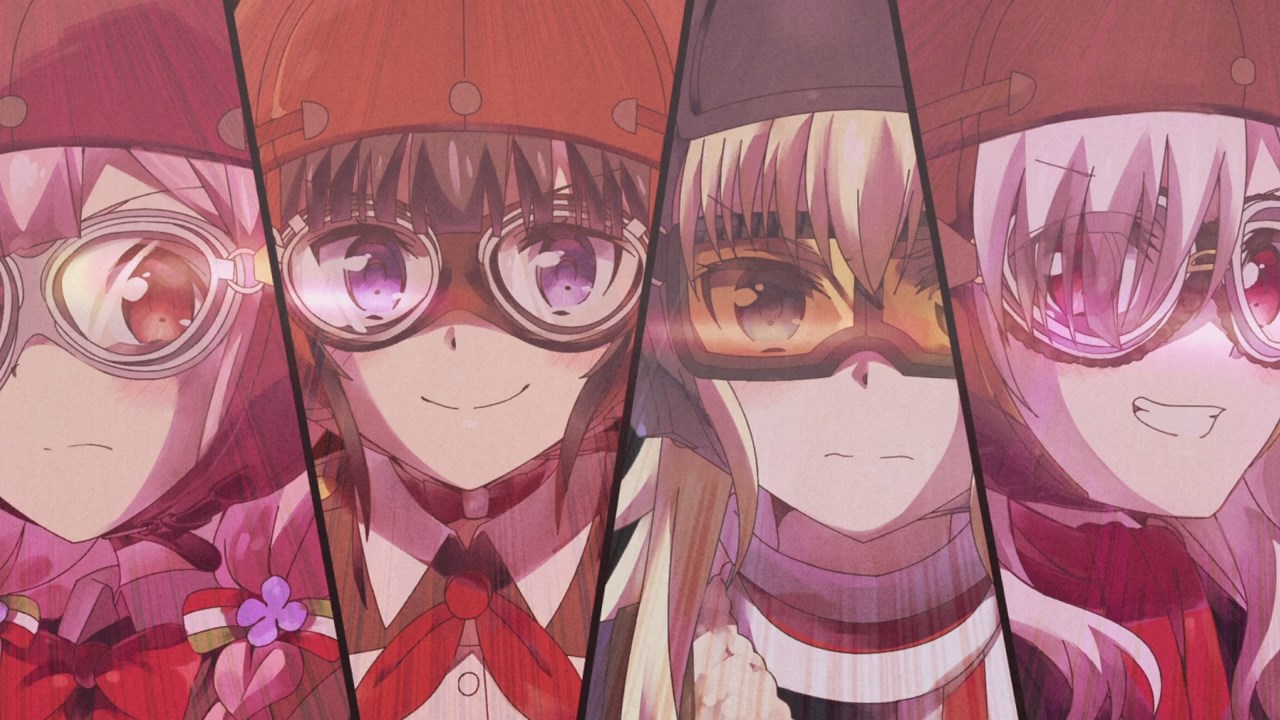 Anyways, I’ll see you next time for the final episode of Senyoku no Sigrdrifa. Godspeed to these girls!