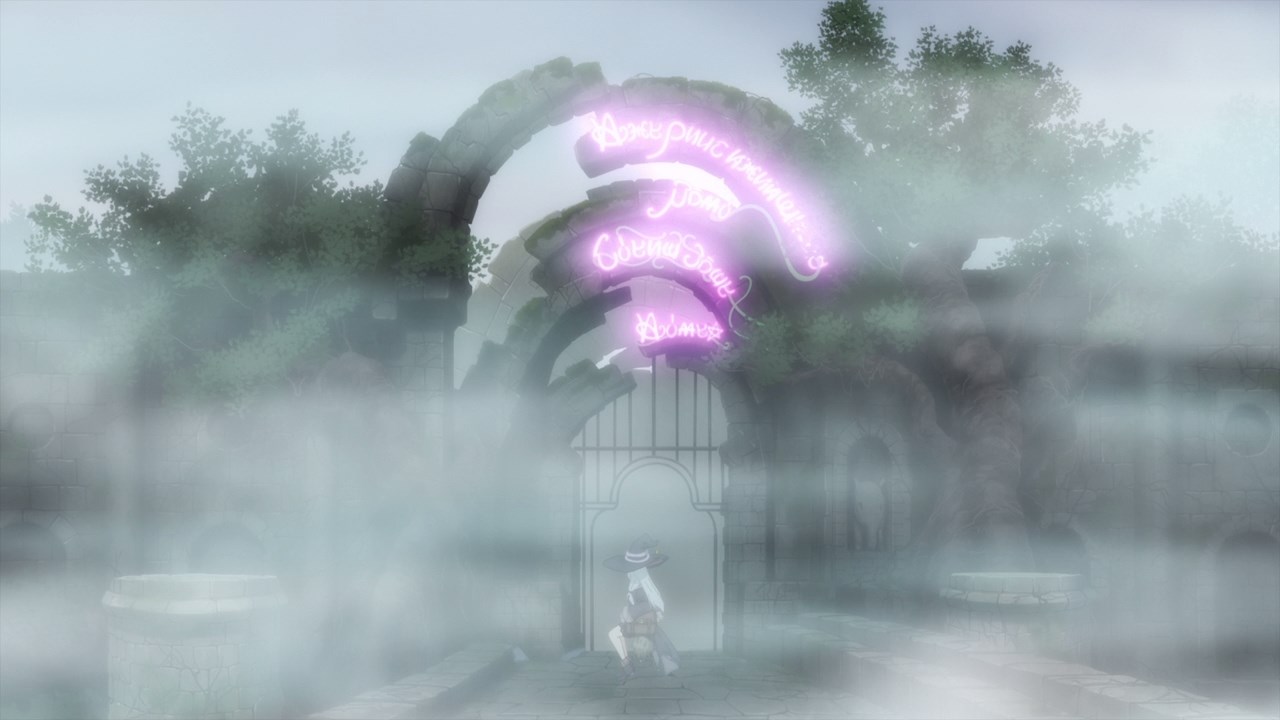 Well, I have to say that Elaina’s next destination for this final episode is this strange land, which it is said that it doesn’t exist on any other map. 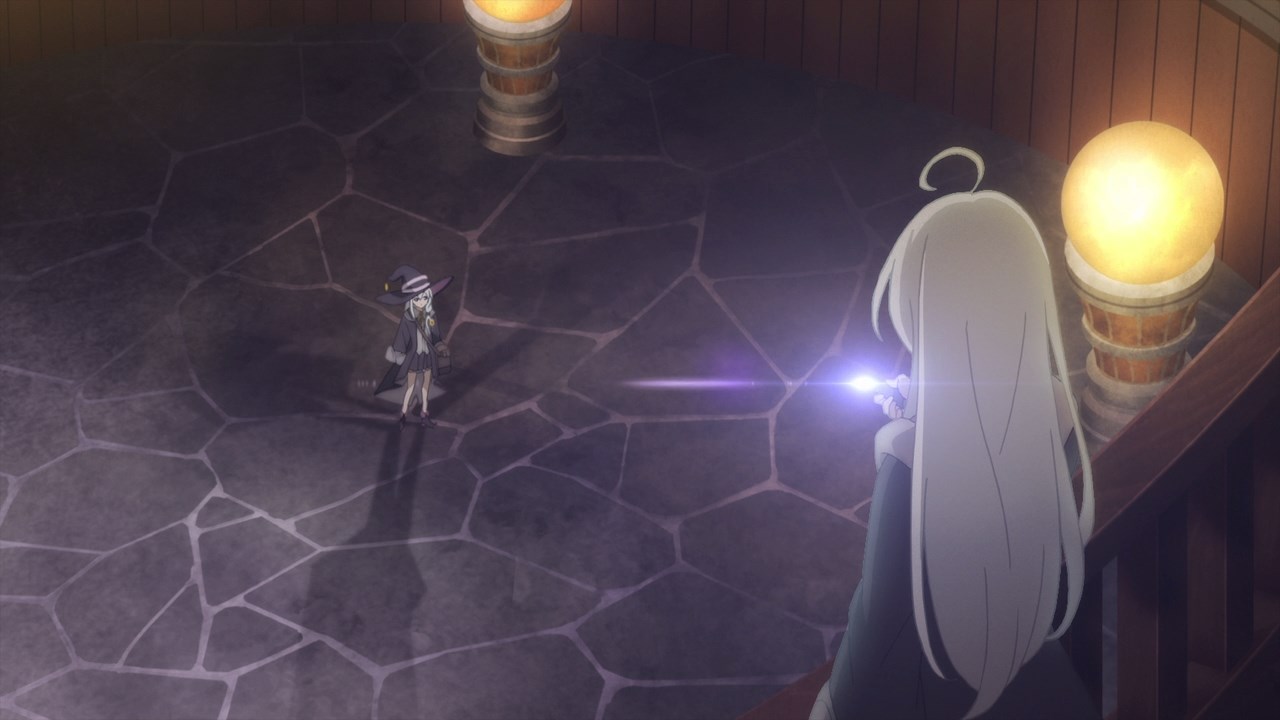 Then again, it appears that this strange place has some familiar buildings, including Mirarosé’s castle where instead of a princess, a certain witch is residing there. 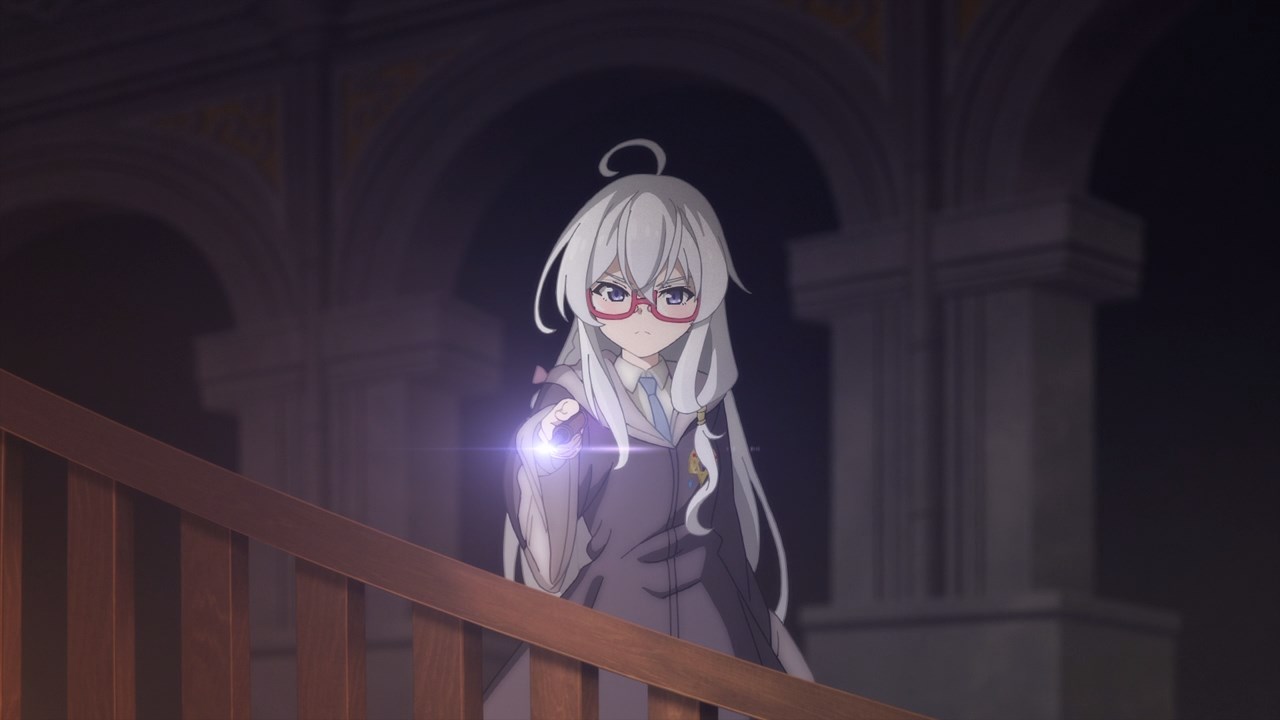 Said witch happened to be… Elaina? Okay, I have a feeling that we’re dealing with a clone of the Ashen Witch on this final episode.

Anyways, this is the Intelligent Elaina where the real Ashen Witch (or Protagonist Elaina) explained about the current situation. 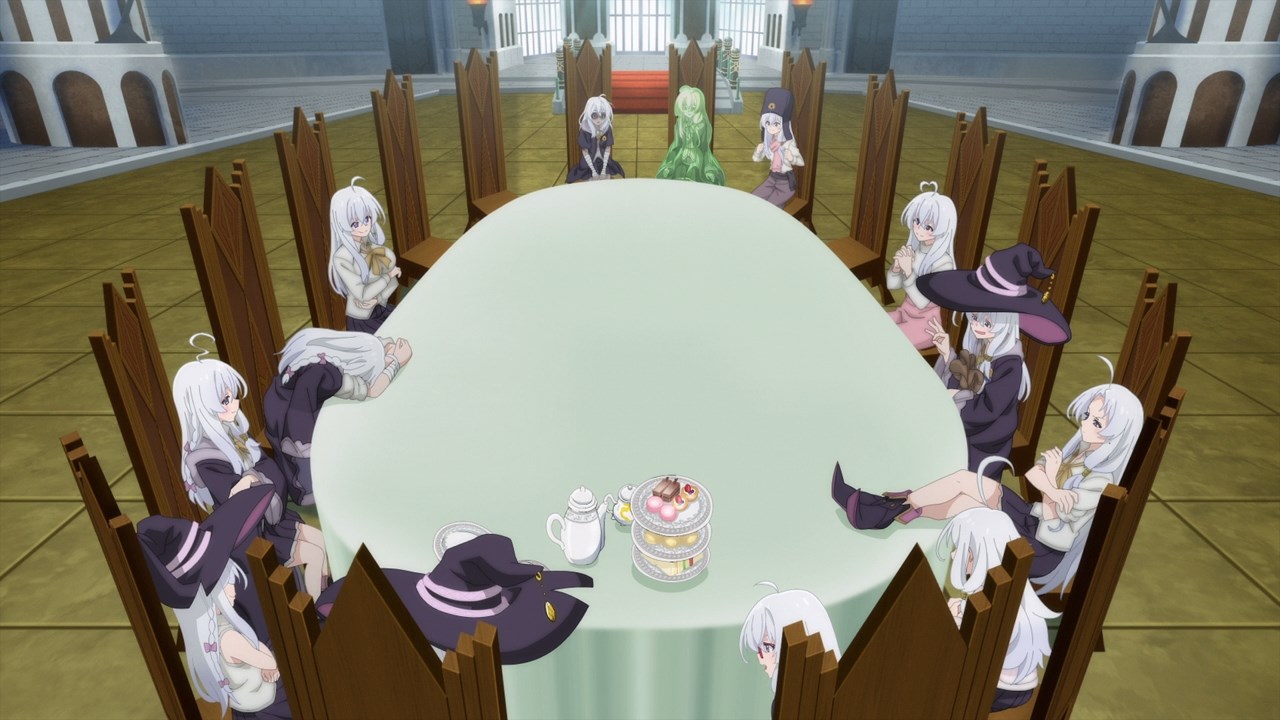 For you see, the Intelligent Elaina is not the only clone living in Mirarosé’s castle as there’s a dozen of Elaina clones staying there. You got some sitting at the table… 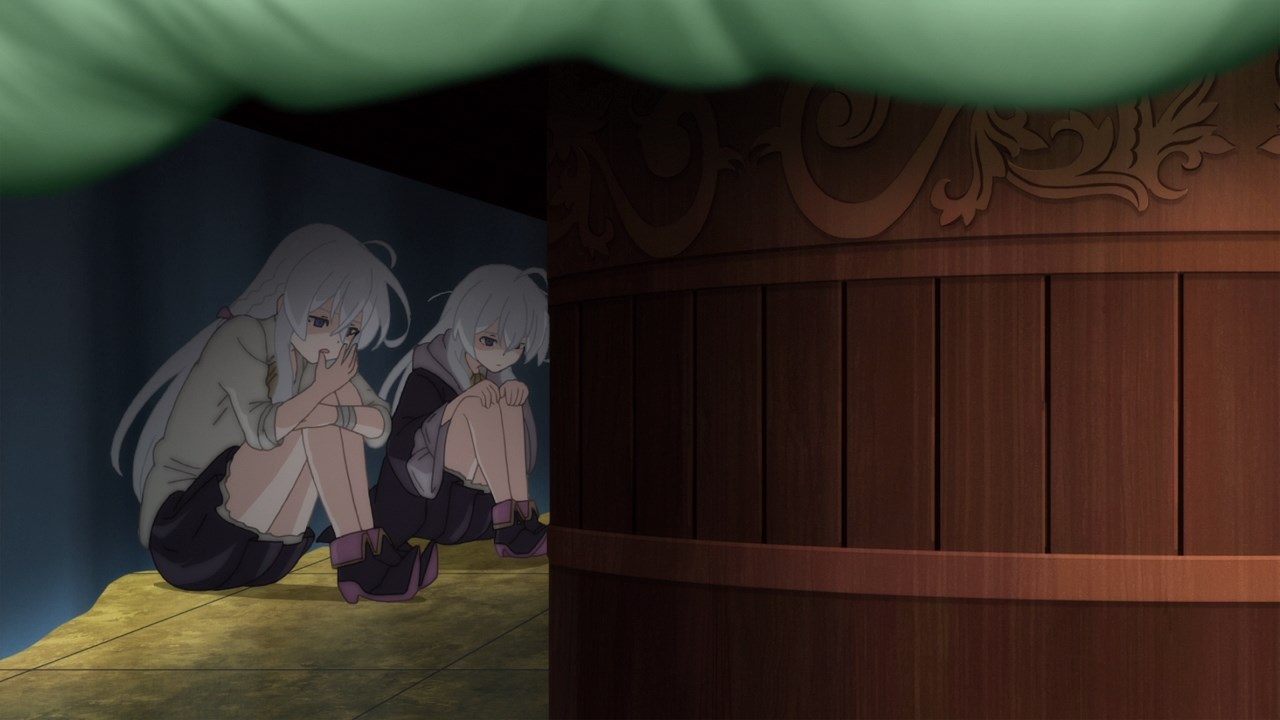 …and then a few of them hiding under the table. Anyways, the Intelligent Elaina told the Protagonist Elaina that she and her clones are currently hiding from a bad clone. 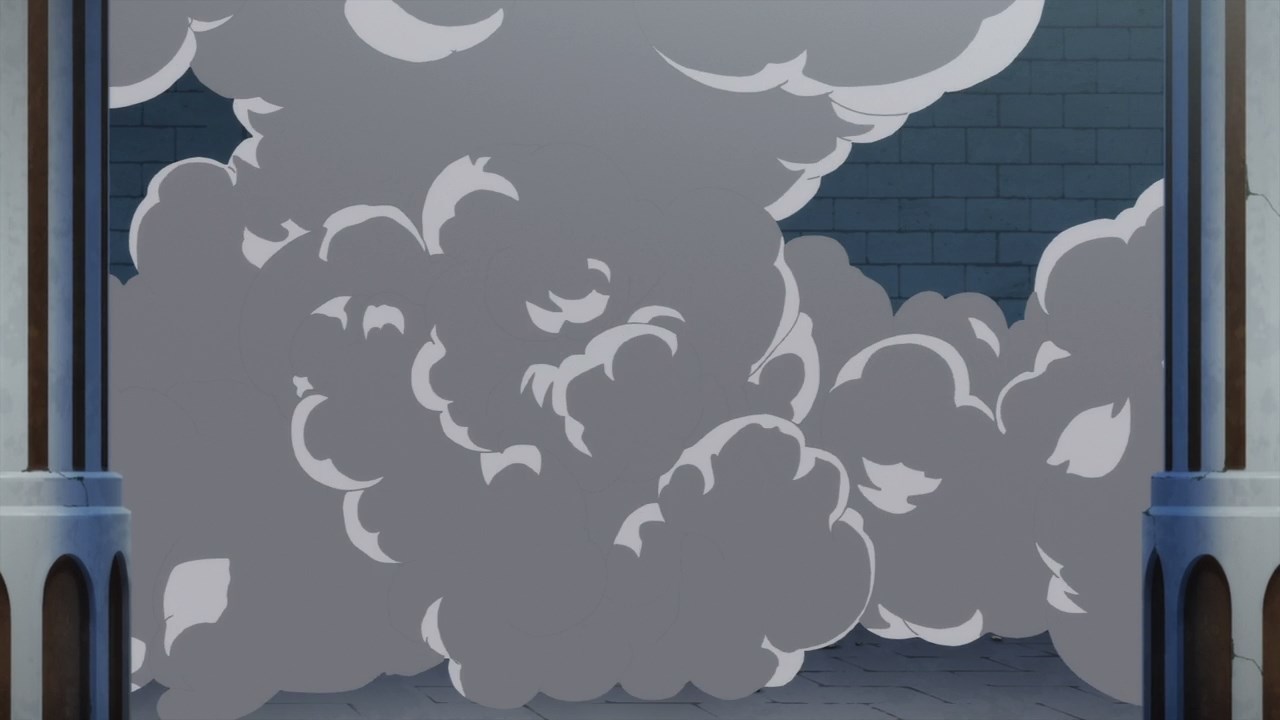 Unfortunately, it appears that the bad clone has arrived to finish everyone off, including the real Elaina. Gotta say that this bad clone doesn’t need to gently knock the door. 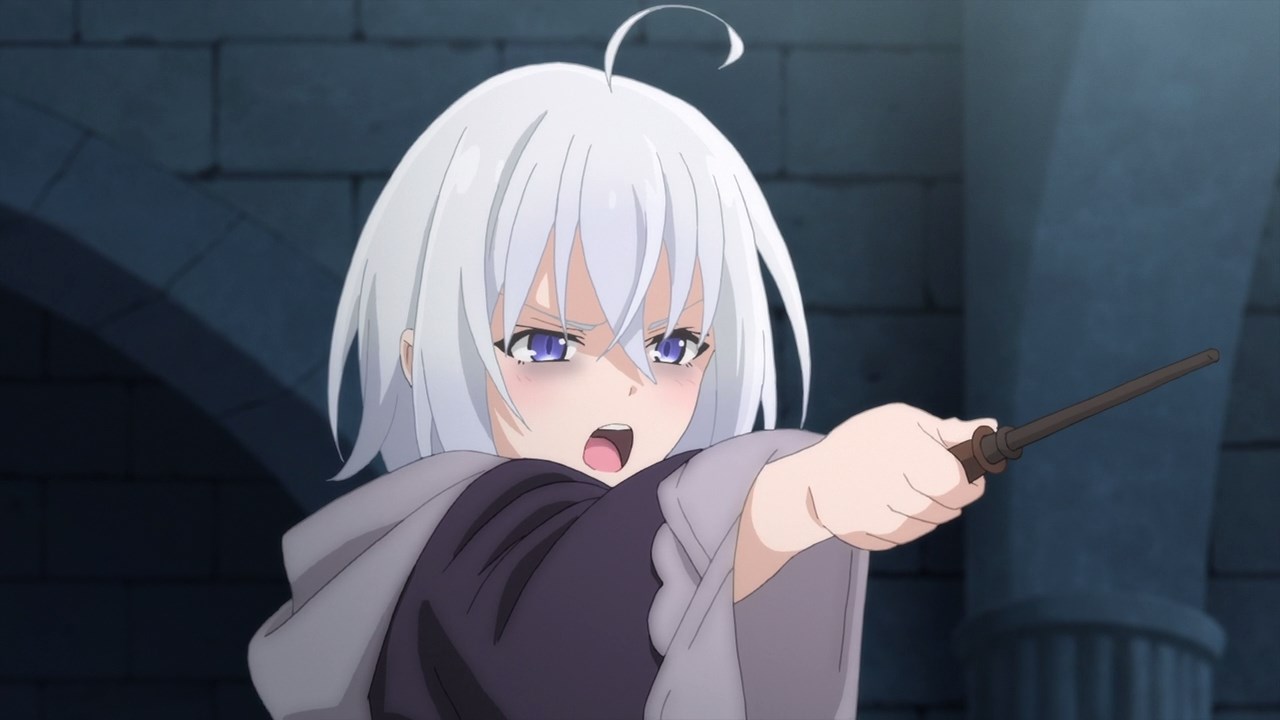 Anyways, this is the Violent Elaina where it looks like she lost a lot of hair after being cut by the Ripper or should I say the doll store owner from Episode 9.

Now only that, but this bad clone doesn’t like her fellow clones living carefree inside the castle as she suffered a lot on her journey, including the one where she was forced to see the Lavender Witch murder her best friend. 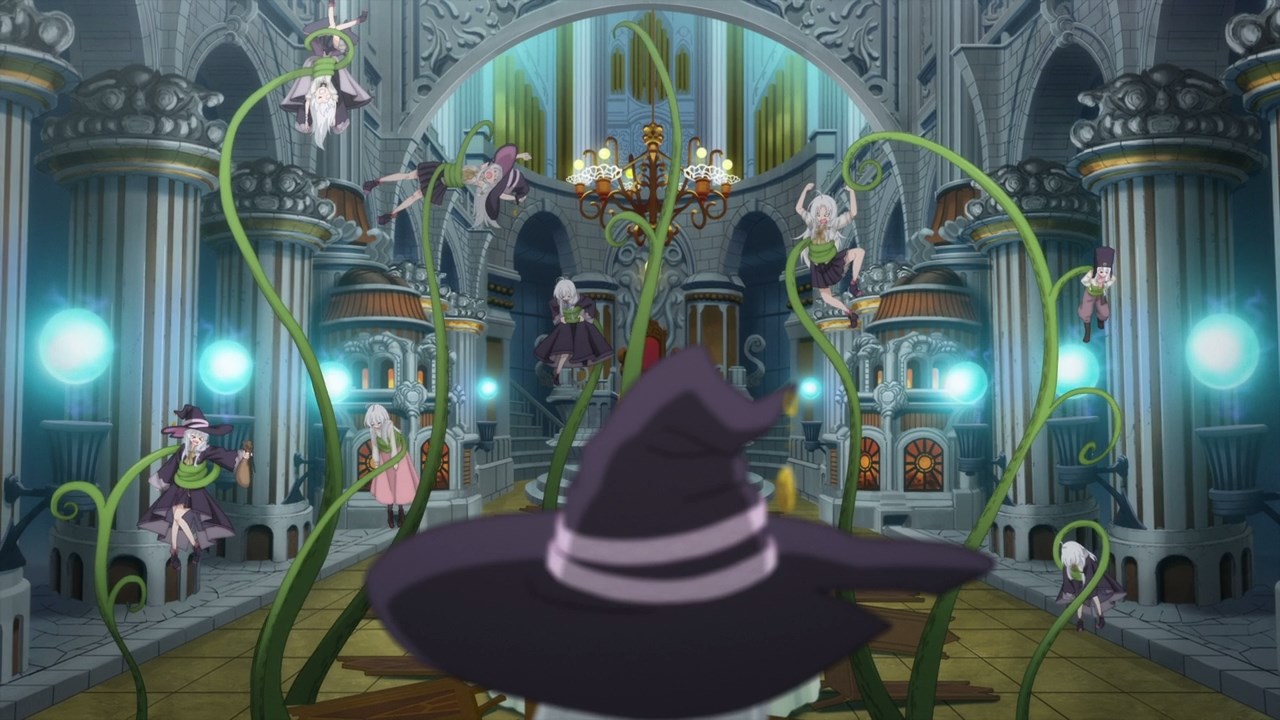 With that said, the Violent Elaina single-handedly defeated most of the clones by binding them with a vine and now she’s targeting the real Ashen Witch. Looks like peace was not an option then. 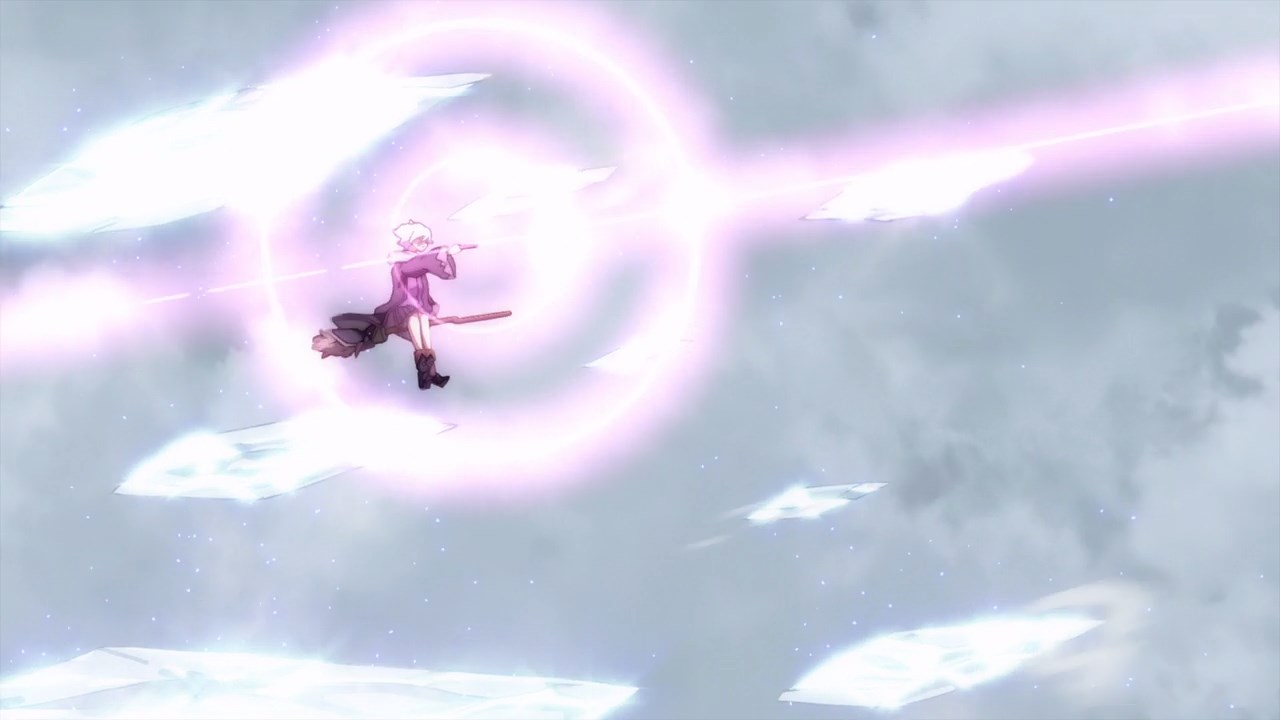 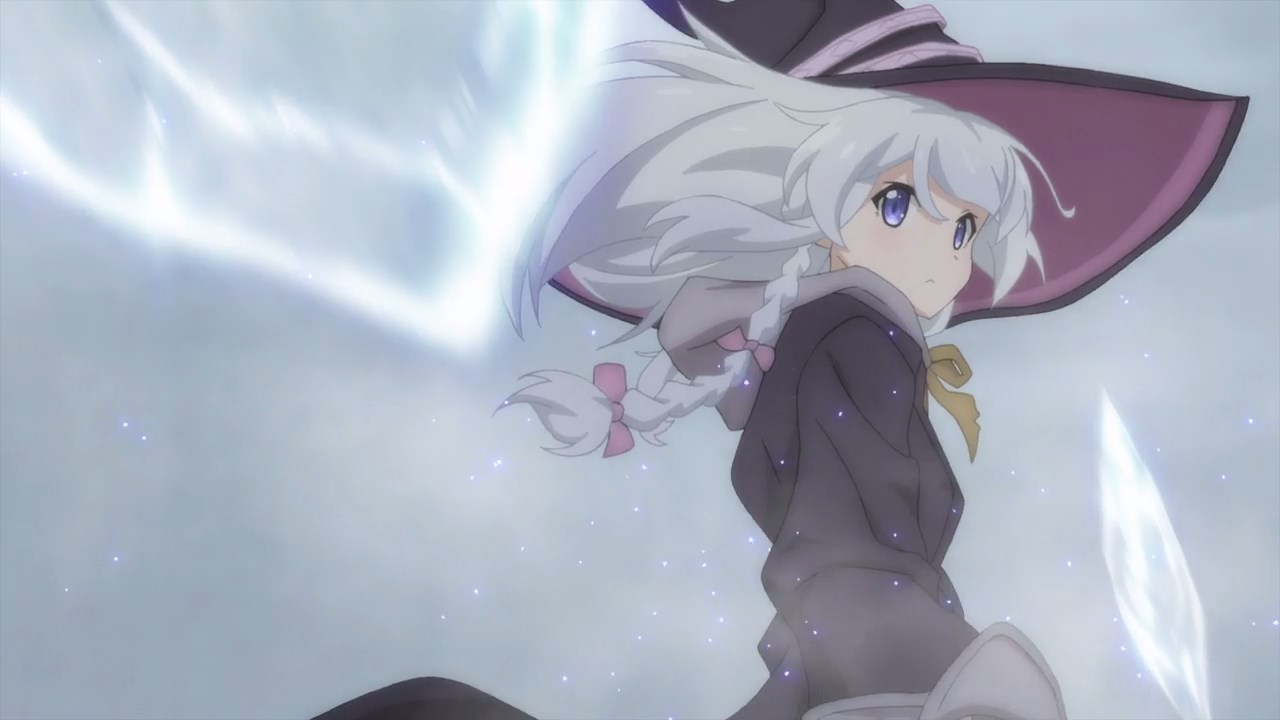 Of course, the Protagonist Elaina won’t go down so easily as she dodges everything that the bad clone throw at. C’mon, she’s the real Ashen Witch after all! 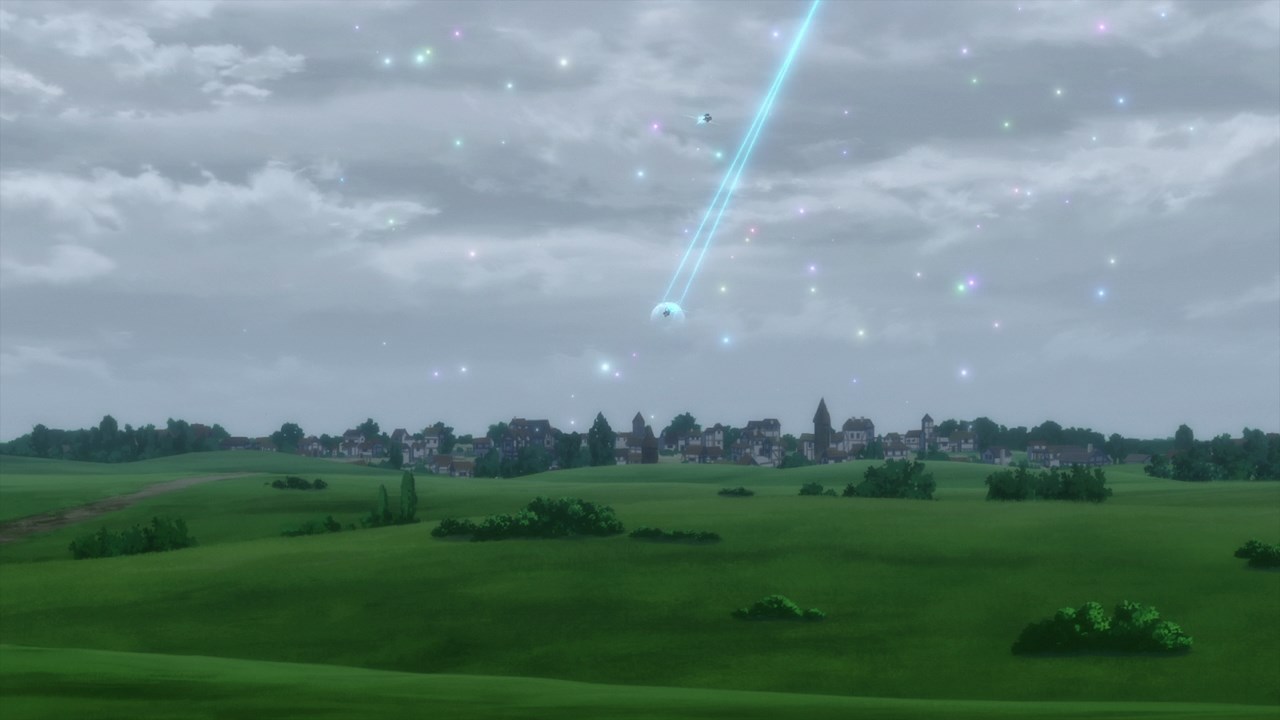 And so, the battle between the protagonist and the bad clone continued until they ran out of energy, thus it ended in a draw. 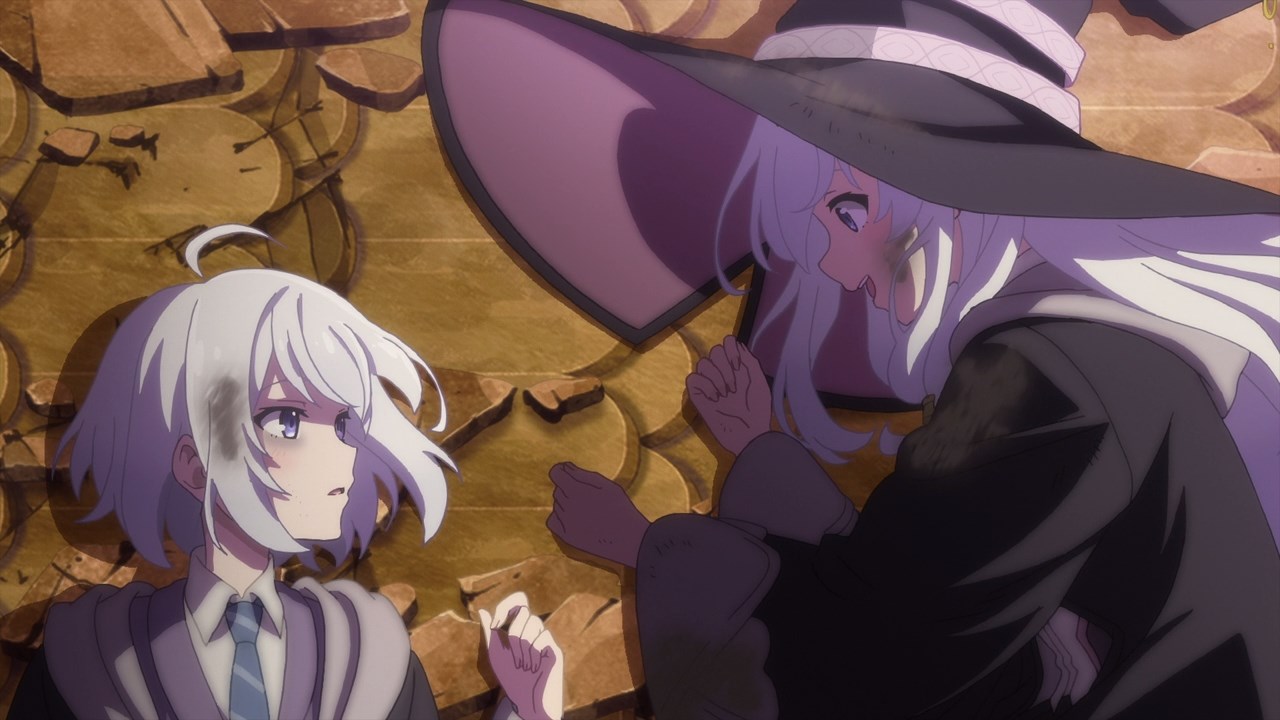 However, it appears that the protagonist and her violent clone finally understand each other as they made peace. 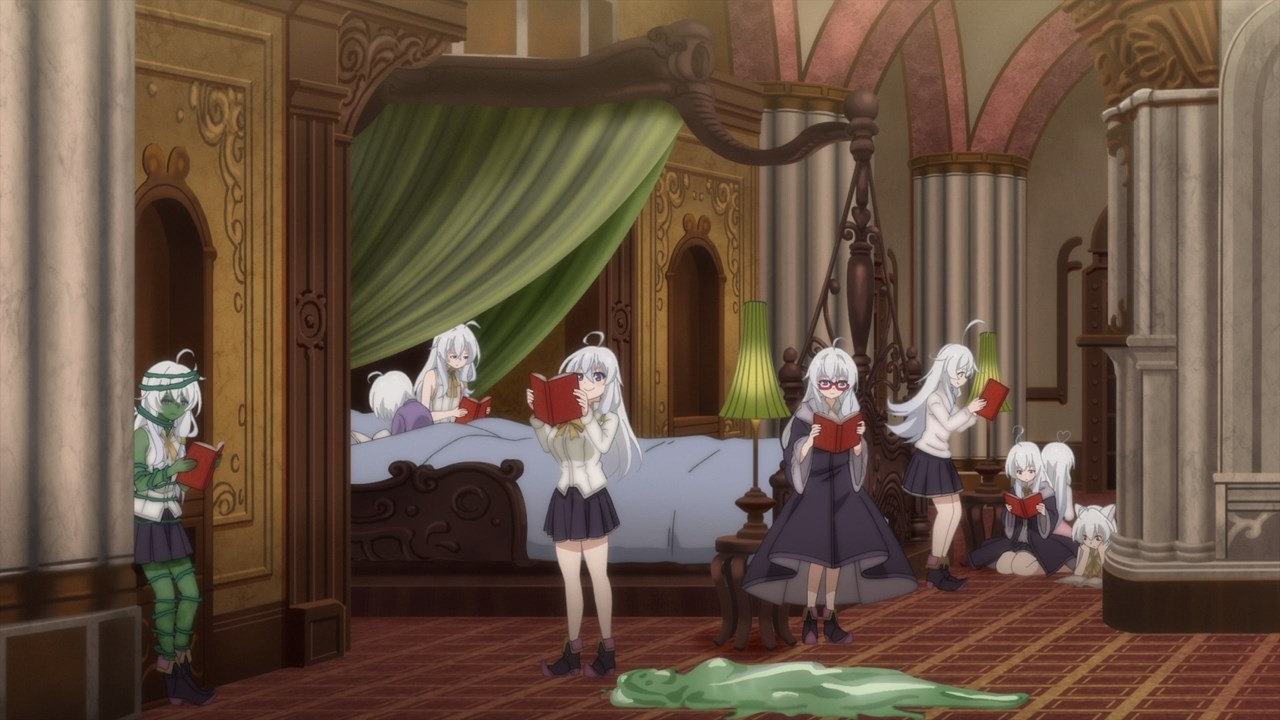 Not only that, but Elaina and her clones shared diaries and read all of it. That gave the Ashen Witch an idea of making a book about her travels, although that will be for another time. 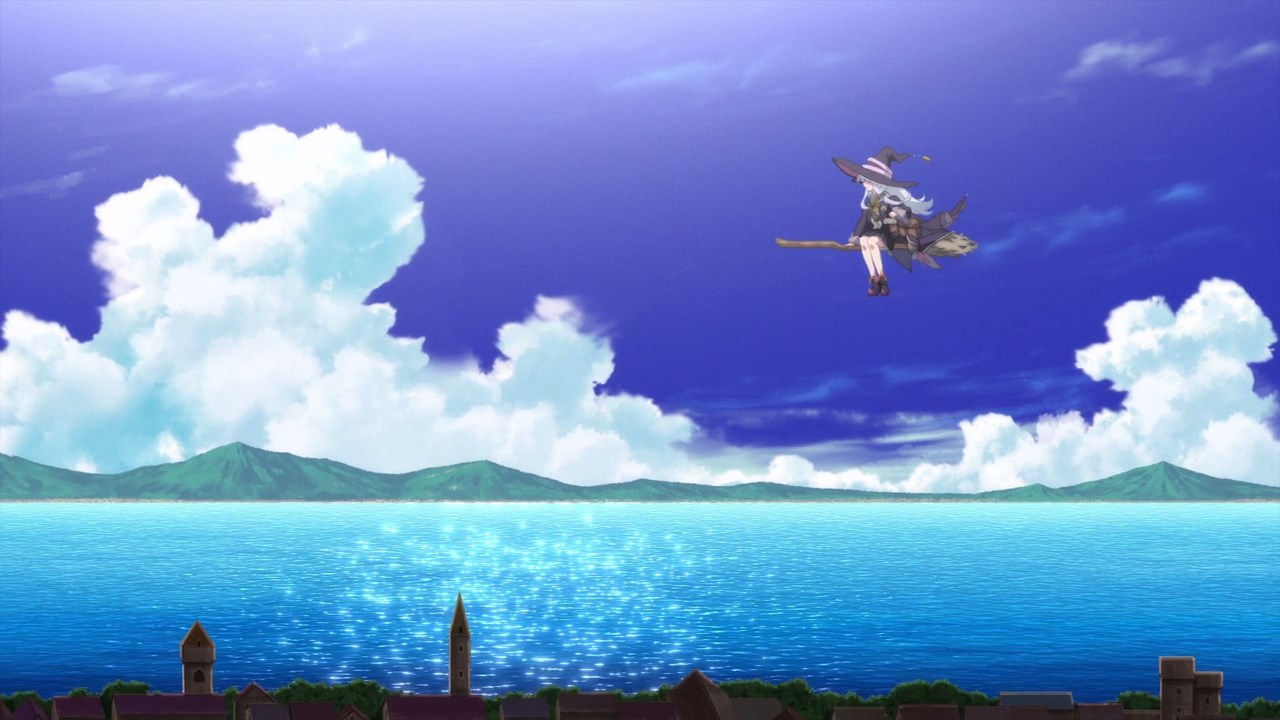 And that’s the end of this wonderful anime about Elaina and her journey across the world as the Ashen Witch goes to her next destination. Also, shout-outs to Kaede Hondo for voicing Elaina and her clones on this episode.

Now then, I feel that this show is similar to Kino’s Journey due in part with the protagonist travelling various countries, regardless of whether it has a whimsical story to tell or it’s been ravaged by war. Of course, the difference between Kino’s Journey and Majo no Tabitabi is that Elaina is a bit more expressive and her companions got more screen time compared to the former. Still, both shows are good in their own way.

Oh yeah and as for the series itself, I think the only episodes that made an impact are Eps. 4 and 9 despite the fact that it’s one of the most depressing episodes I’ve watched, moreso with Ep. 9 where it ends pretty badly for the Ashen Witch. With that said, Majo no Tabitabi is an amazing show to watch and I wish there will be another sequel… 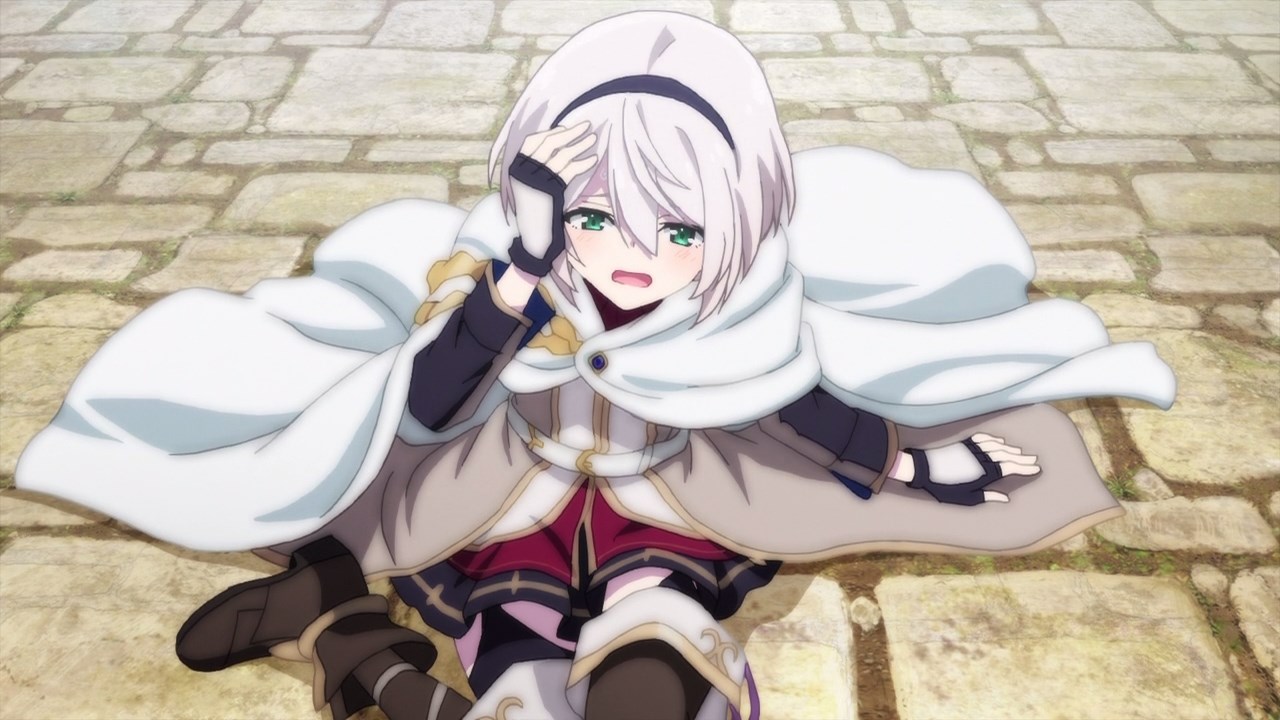 …especially when this new character appeared at the end of the final episode. SB Creative and Kadokawa, when’s Majo no Tabitabi Season 2?