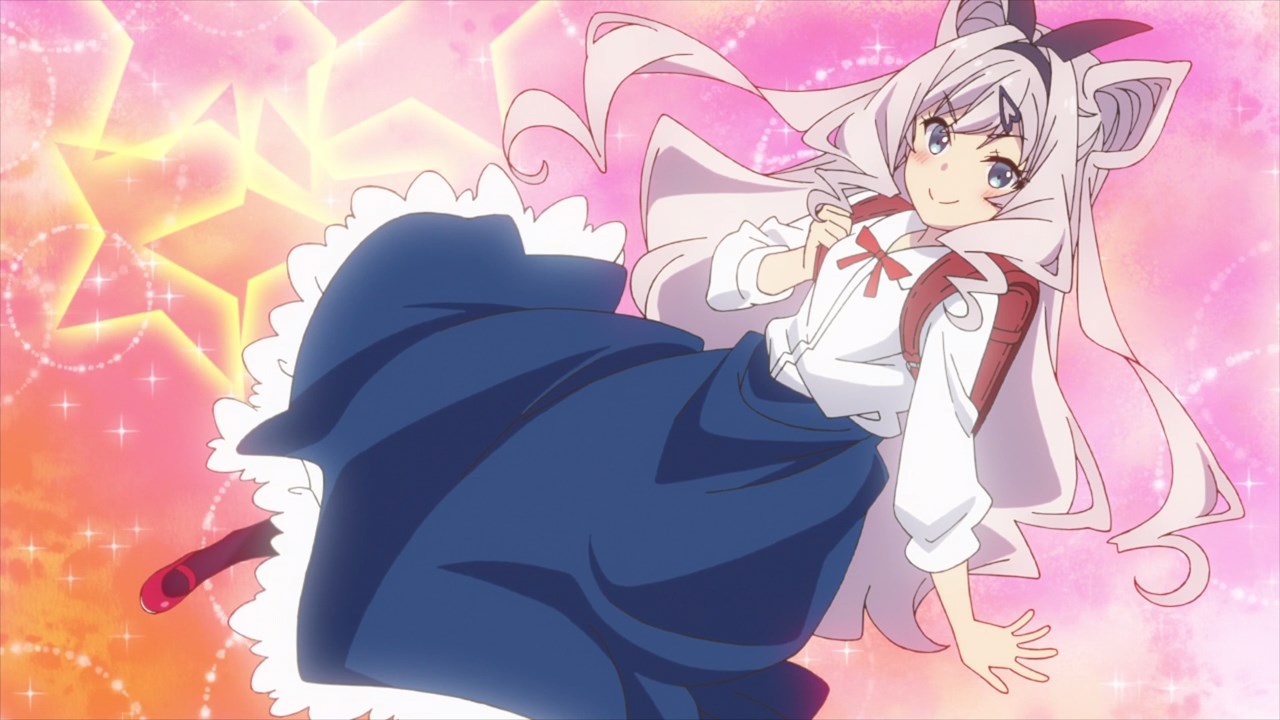 Well everyone, a certain grade-schooler/CEO has arrived and really, she’s gonna bait everybody with her child-like looks despite the fact that Oto-san is actually 19 years old. 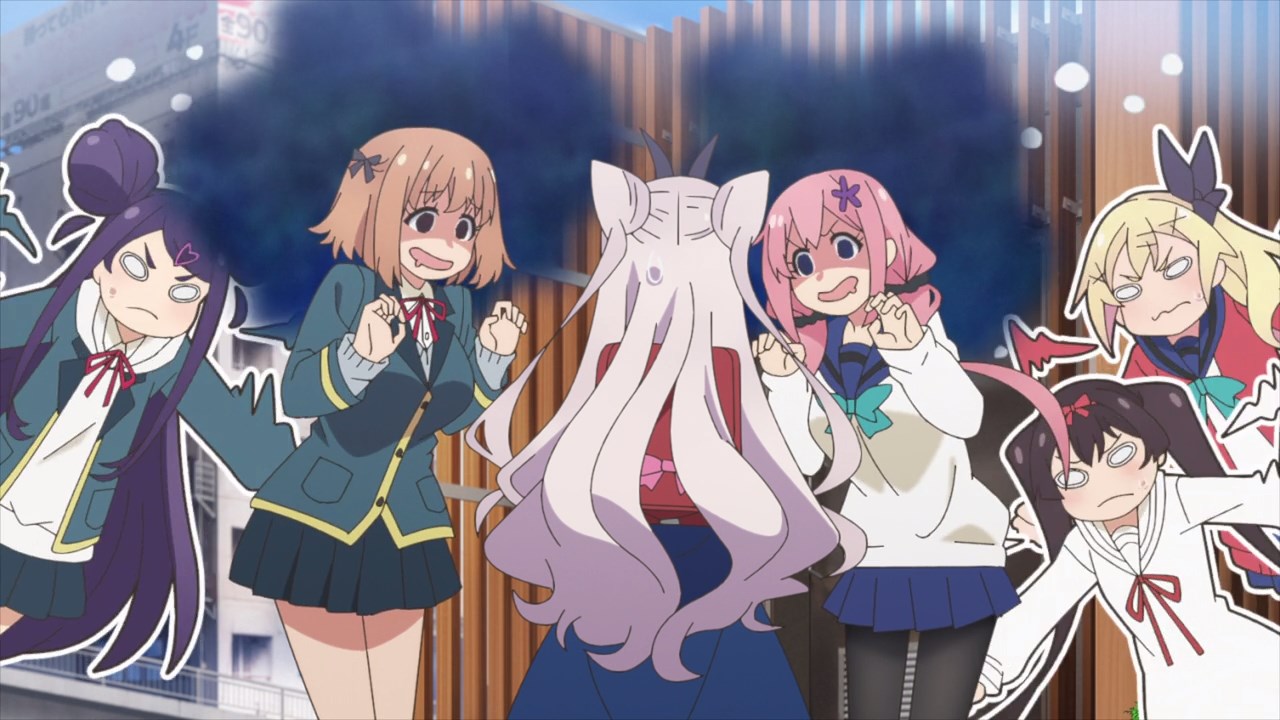 See, even Nina Maehara and Ino Sakura are attracted by Oto Kogane’s looks, but why is she doing outside the Rat Productions building? Well, she has a new project that’ll be announced later. 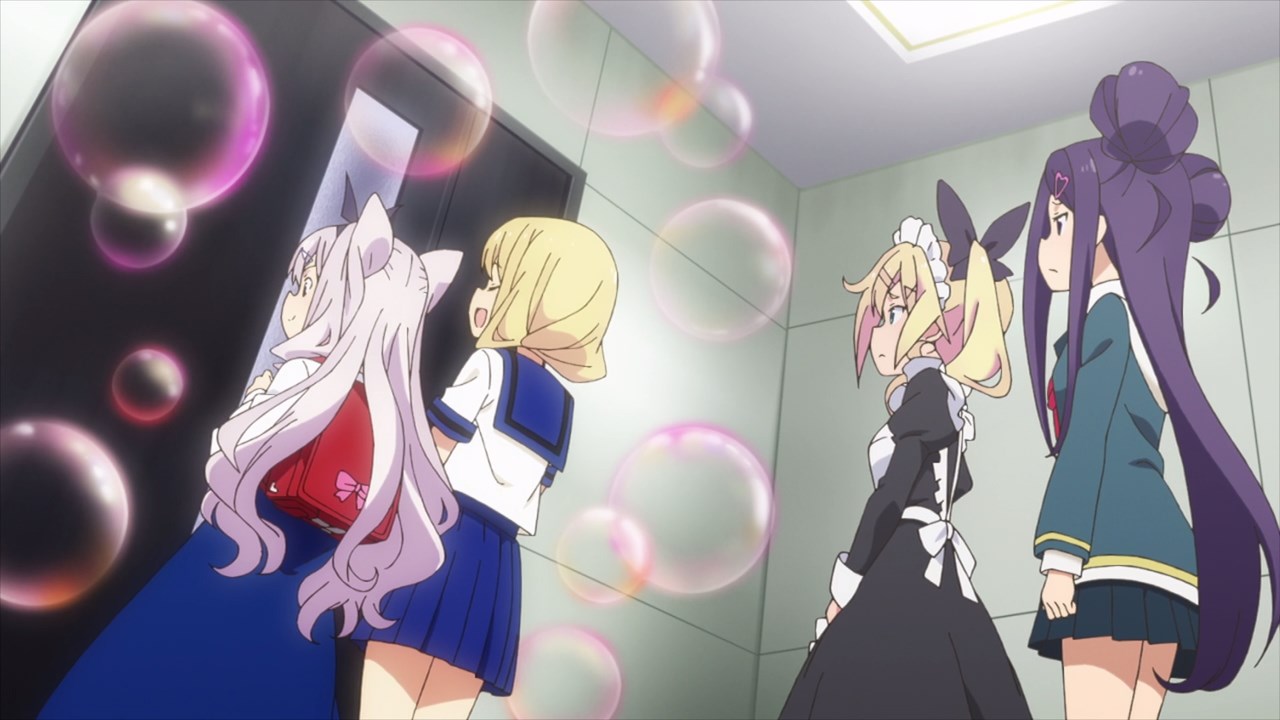 For now, Fruit Tart are inside Rat Productions where they’re gonna meet someone. But first, Hayu Nukui needs to dress up as a maid because a certain person loves cosplay.

Seriously though, is Rat Productions gonna cancel Fruit Tart and why the cash-strapped agency invited the CEO of Cat Productions? I’m scared of those girls losing Nezumisou. 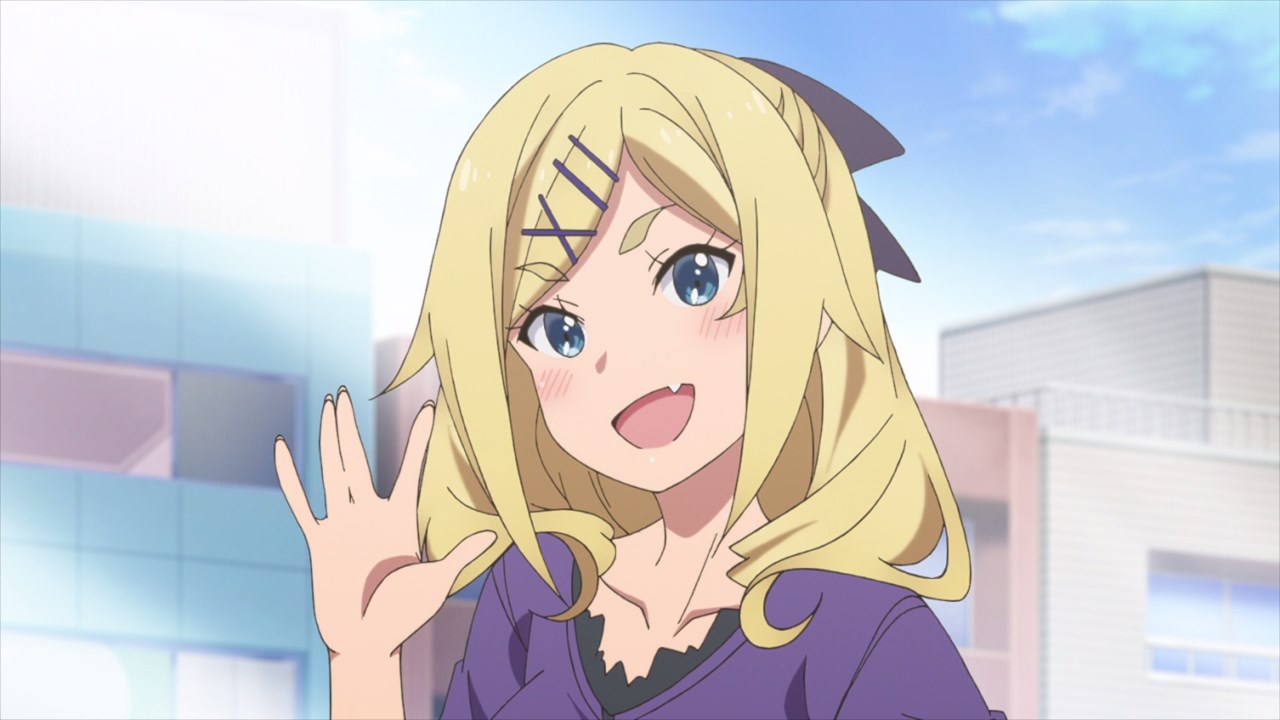 Anyways, they met Hayu’s mother Hayo Nukui where she’s really happy to see her daughter again, although Hayo-san is worried about Hayu ever since she ran away from home. 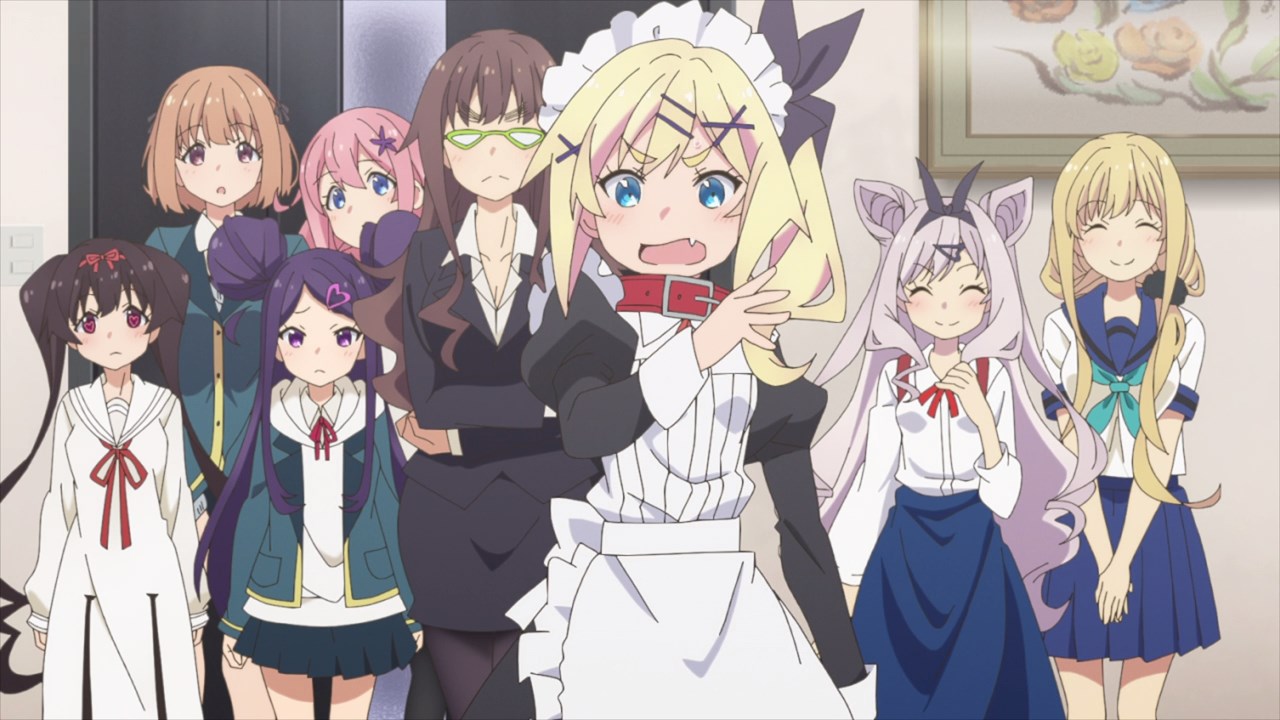 For Hayu however, it appears that she doesn’t like to see her mother again but here’s the thing though, Hayo Nukui is the only one who will sponsor Fruit Tart on one condition. And what’s the condition? 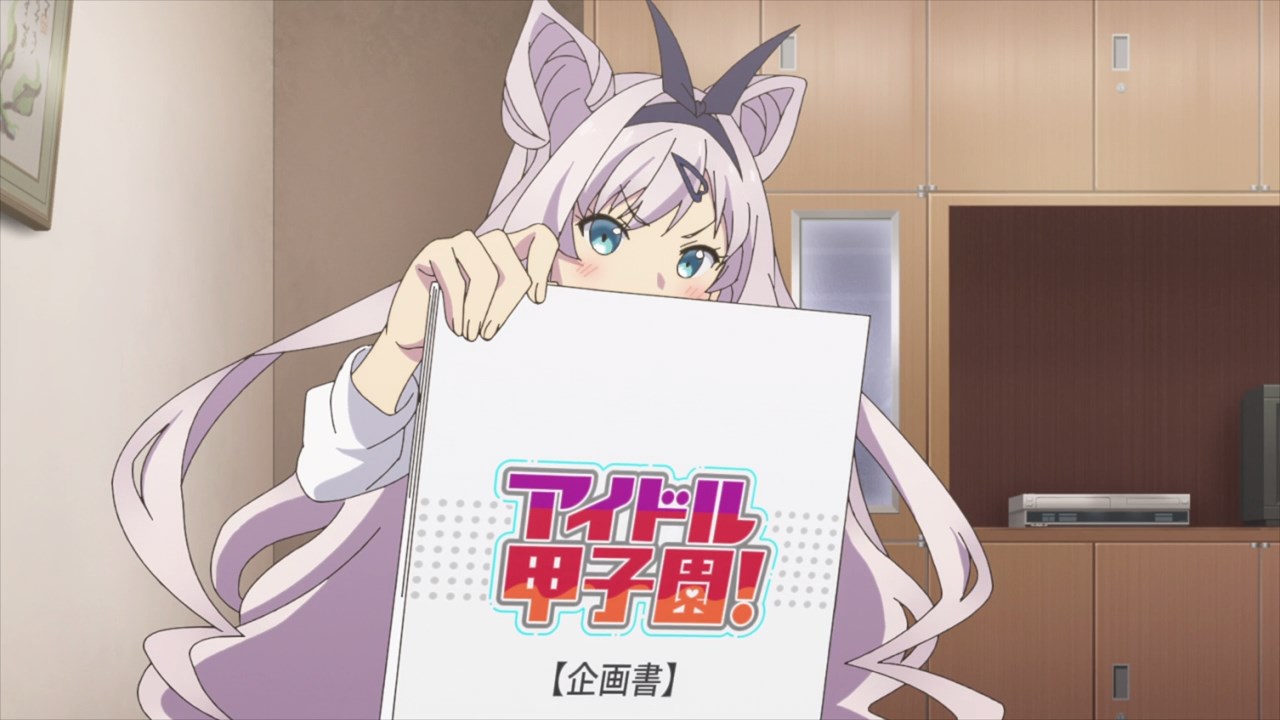 Well, Fruit Tart will participate in this big project called the National Idol Championships where Oto Kogane wants to assemble all idol groups across Japan in order to determine who will be the rival to Cream Anmitsu.

Of course, Oto-san won’t just create a big idol tournament as it involves mix-media like TV shows, merchandises, and games. 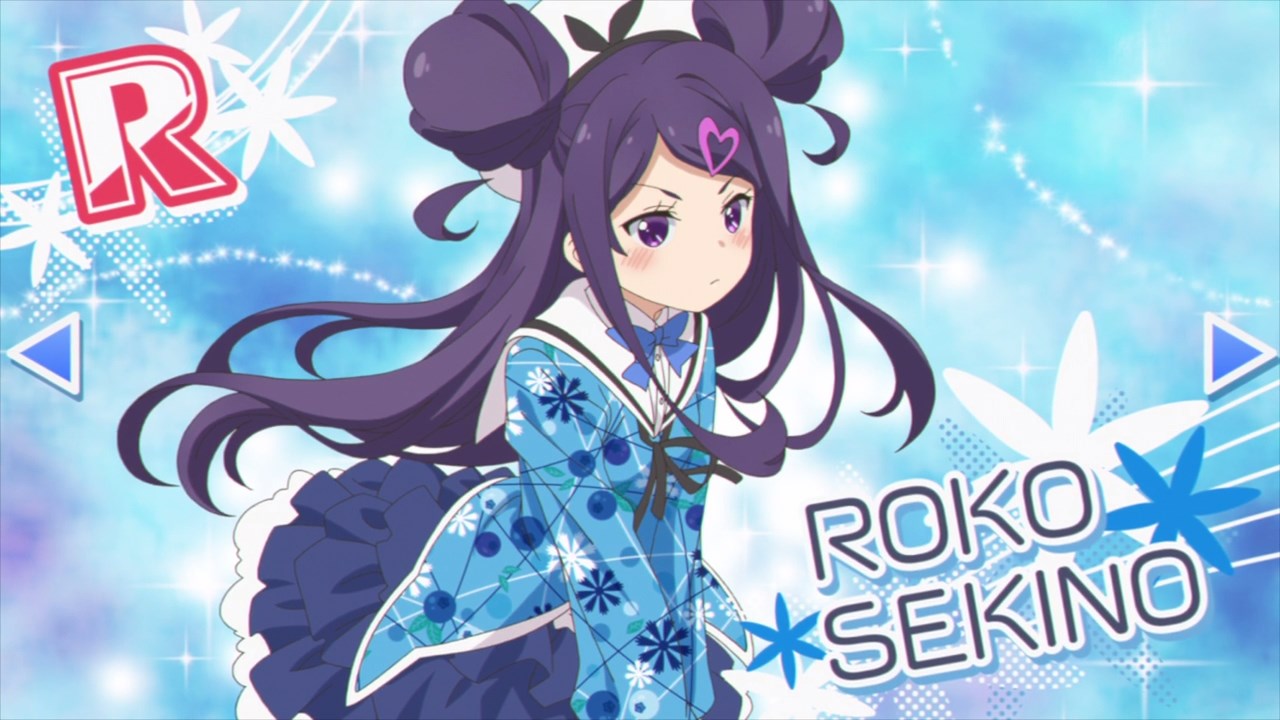 In fact, Cat Productions commissioned a game developer to make a gacha game where idols across Japan are featured as R or SR cards. Of course, Cream Anmitsu have SSSR cards. 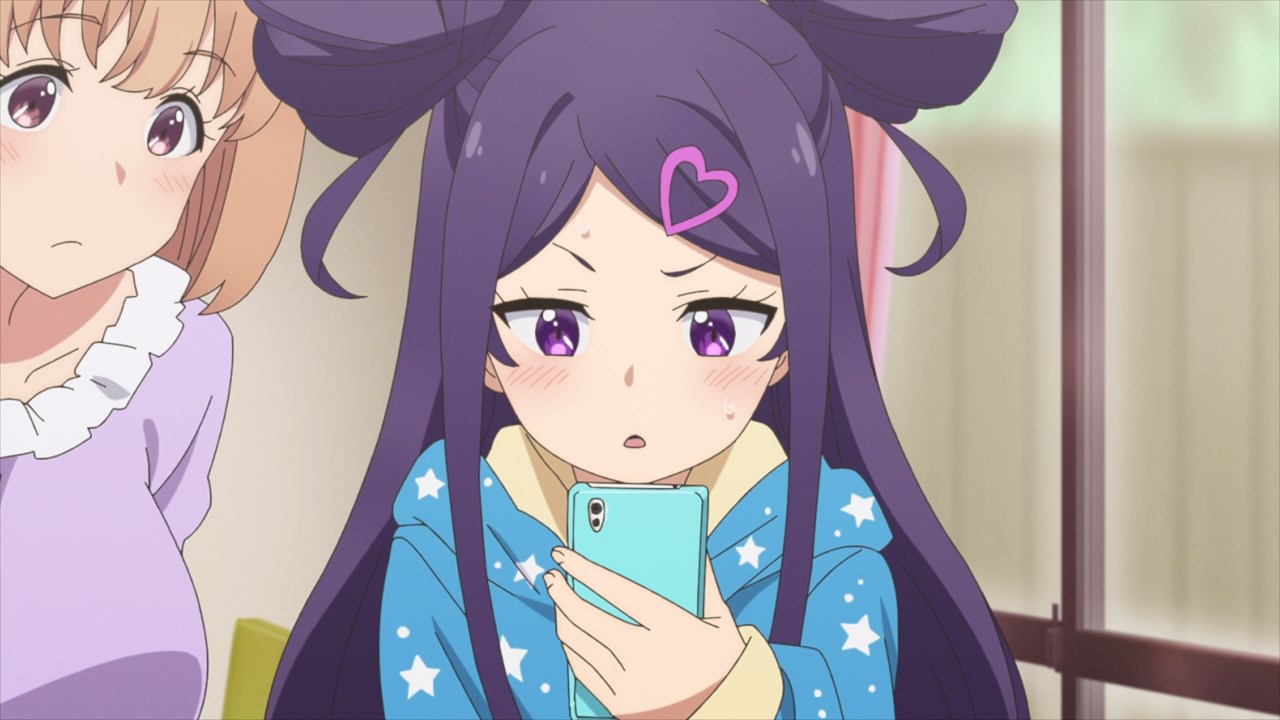 Unfortunately, they can’t roll for powerful cards since it costs money and you know that Fruit Tart don’t have enough cash to buy in-game currency.

At this point, this gacha game only focuses on Cream Anmitsu while everyone else were treated as an afterthought. 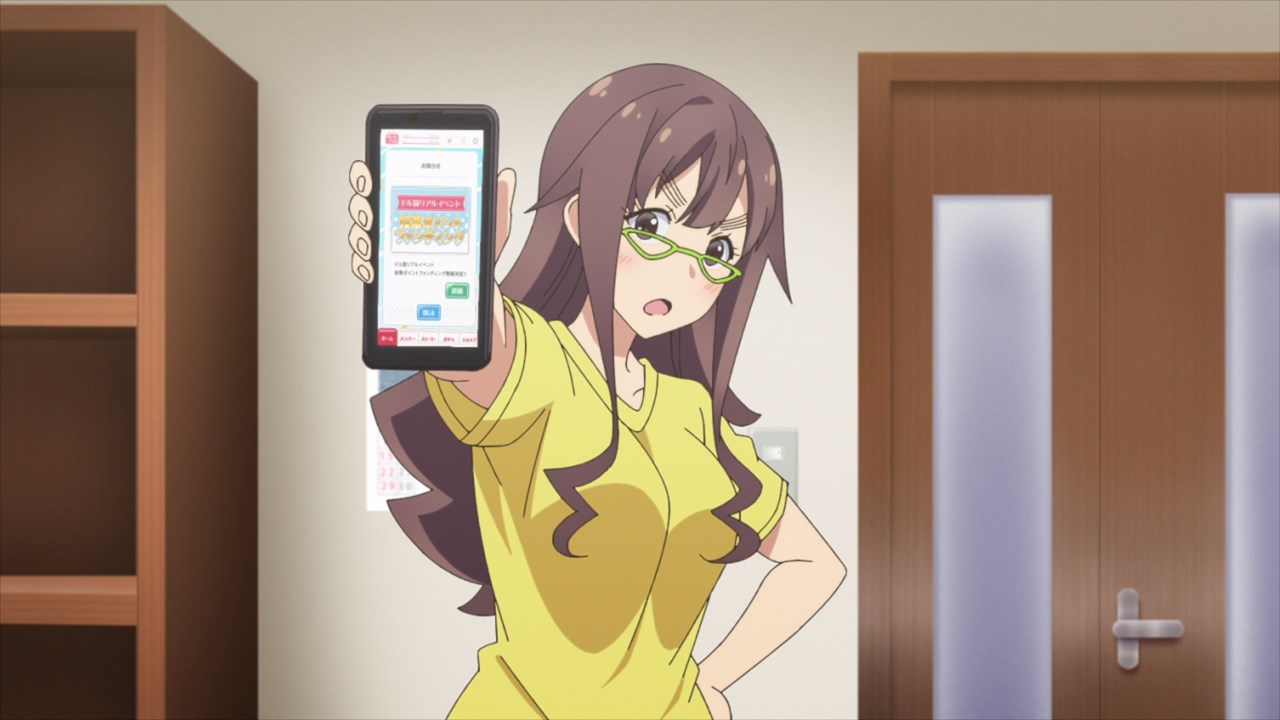 But wait, there’s more as Hoho Kajino pointed out that the gacha game has a voter reward funding feature where it’s similar to crowdfunding, but the idols are begging everyone to buy their votes in exchange for rewards. 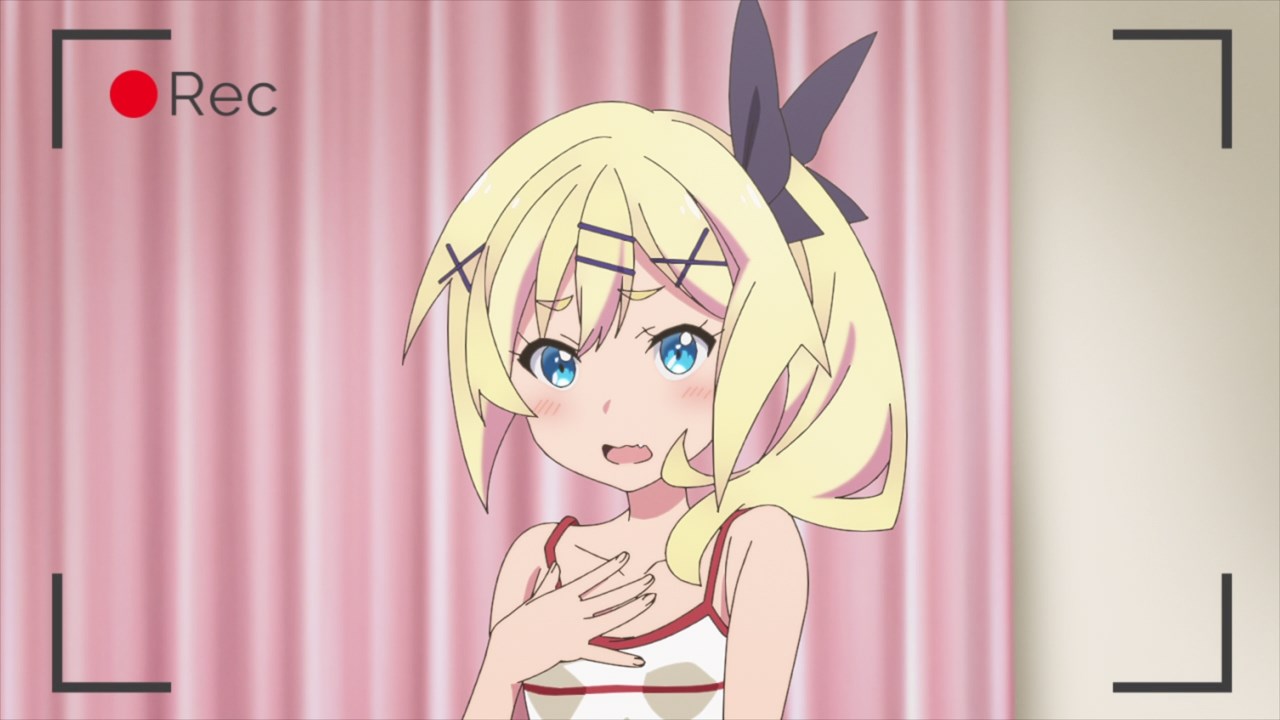 Speaking of rewards, Fruit Tart is making them right now where Hayu Nukui said “I love you!” to her father or any other dad across the country. 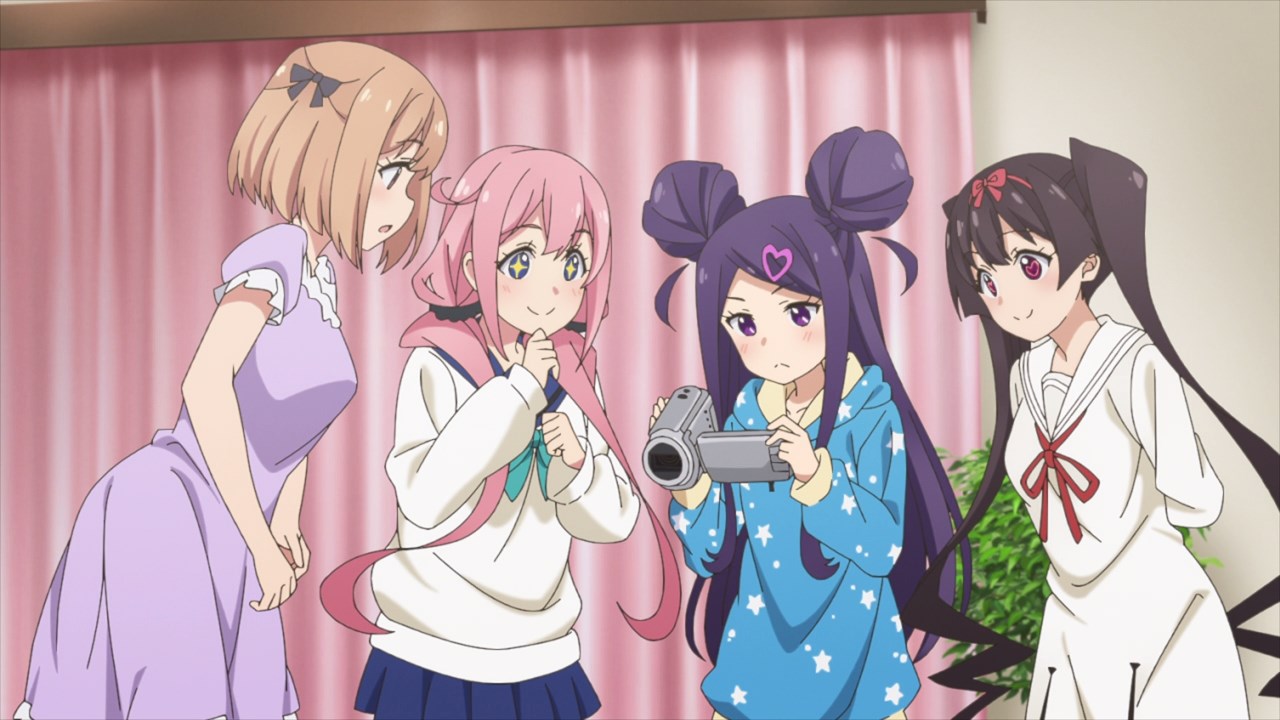 In any case, Fruit Tart might qualify to the National Idol Championships should Ino Sakura and the rest make content as rewards for their supporters. 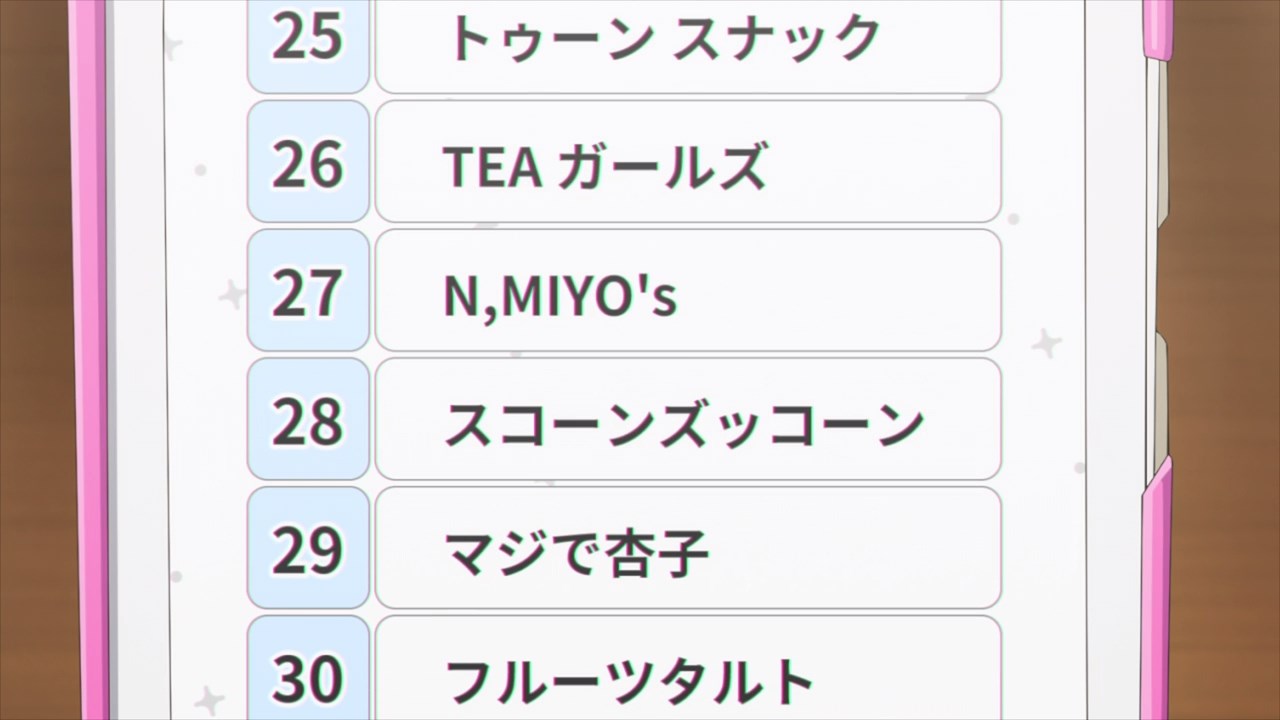 However, it’s not enough to move up to the ladder as Fruit Tart is currently sitting in 30th place. Seems that the idol group is lacking something that makes them stand out from the rest. 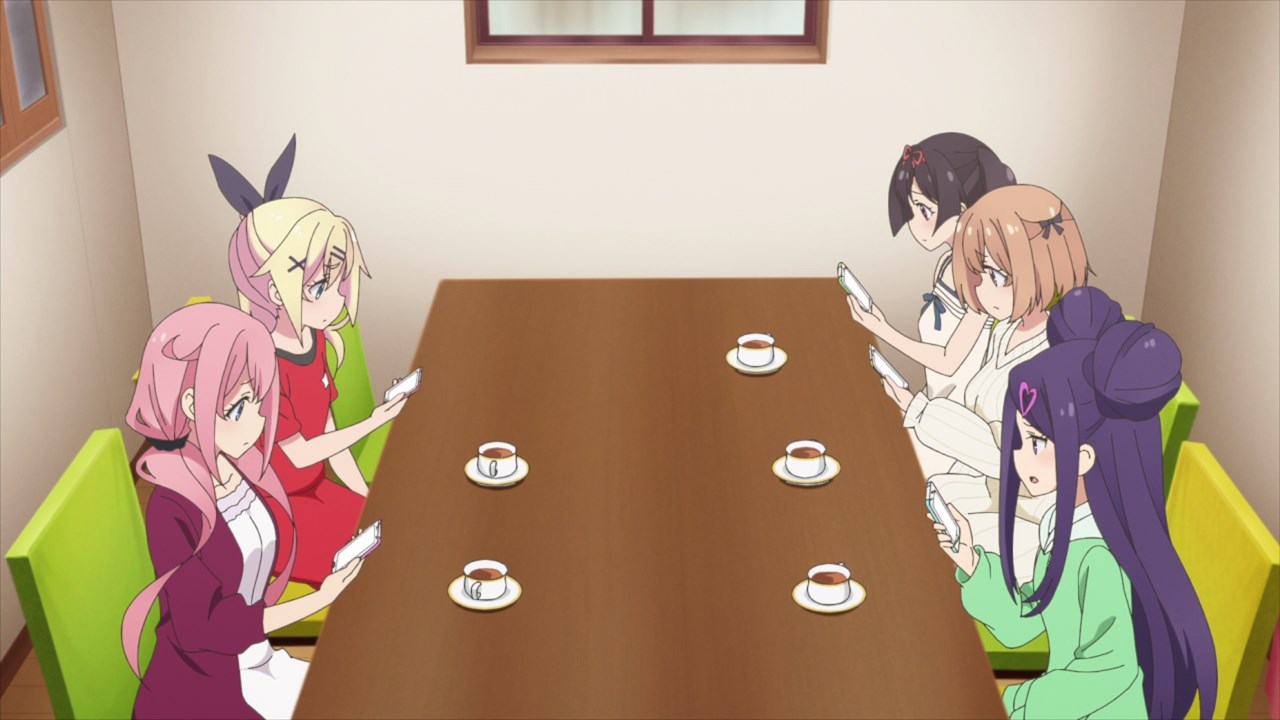 With that said, I’ll see you next time for the final episode as Fruit Tart will find another way to attract new fans in order to enter the competition. Then again, I feel that the tournament is rigged in Cream Anmitsu’s favor anyway.