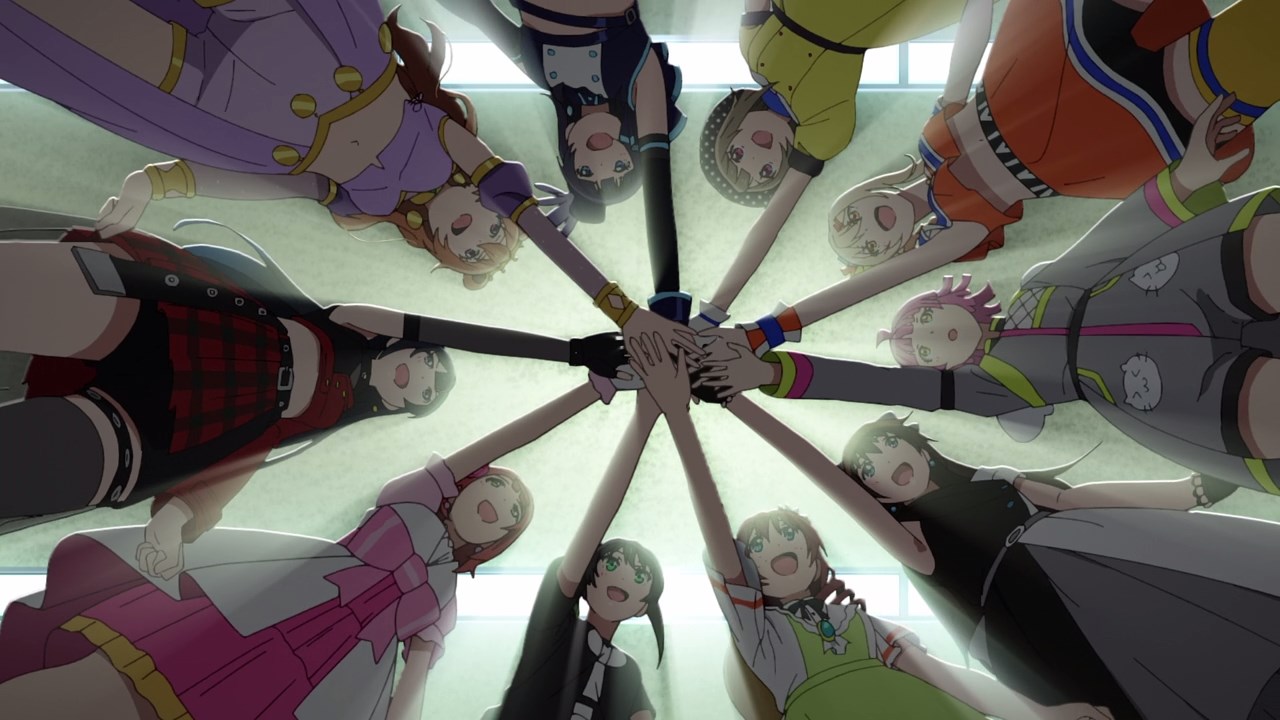 Ladies and gentlemen, the School Idol Festival has arrived in Nijigasaki High School as Yuu Takasaki and the rest are ready to show that school idols are awesome! 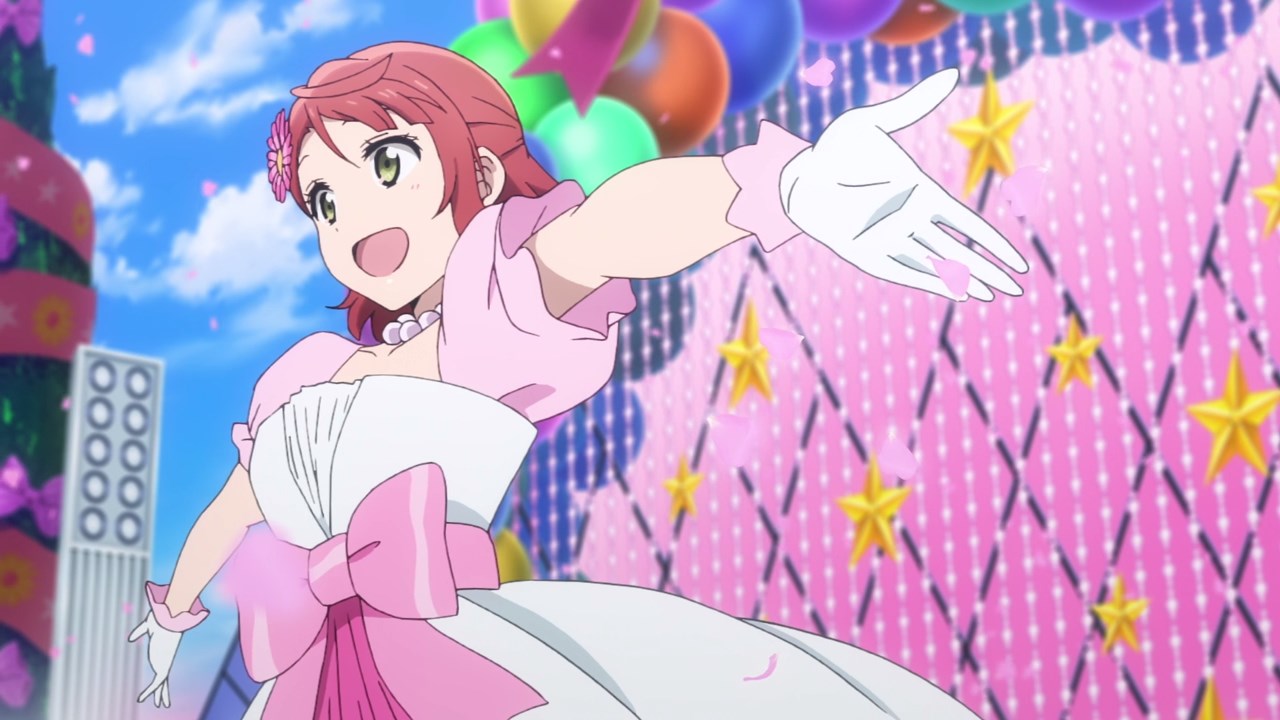 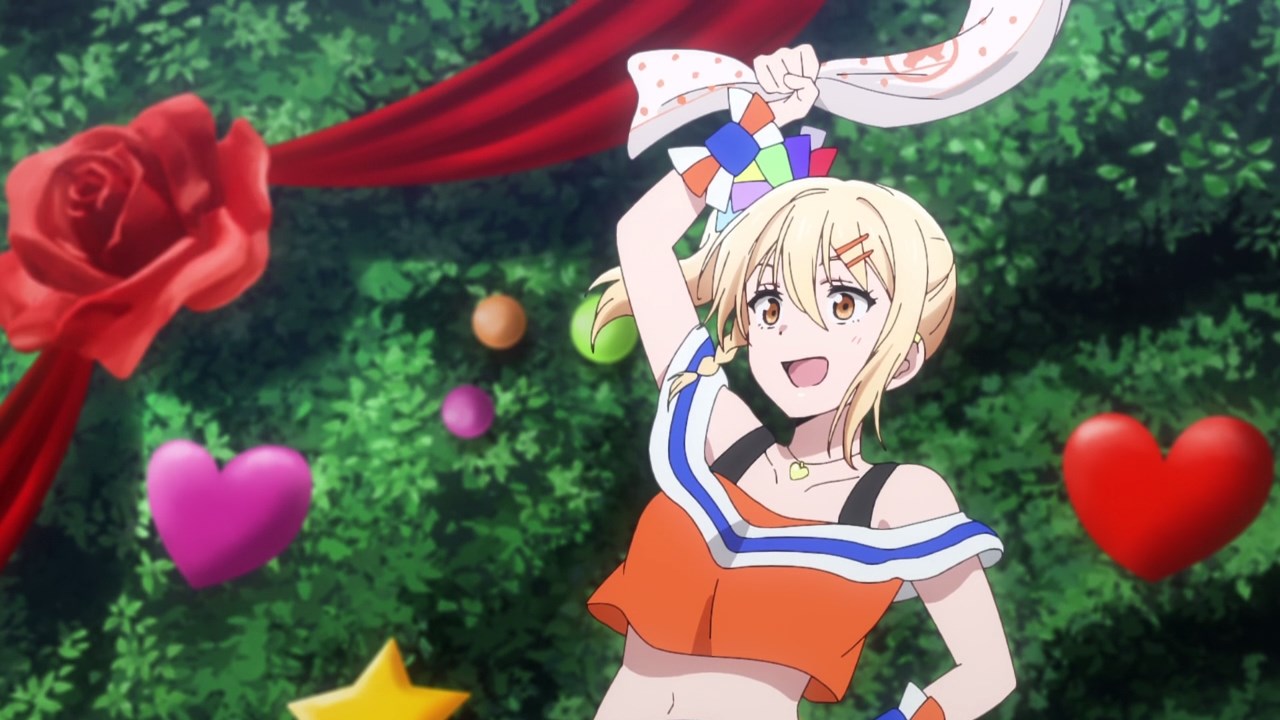 Let’s start right away with some solo performance from Ayumu Uehara and Ai Miyashita. It’s pretty normal stuff so far but we’re just getting started. 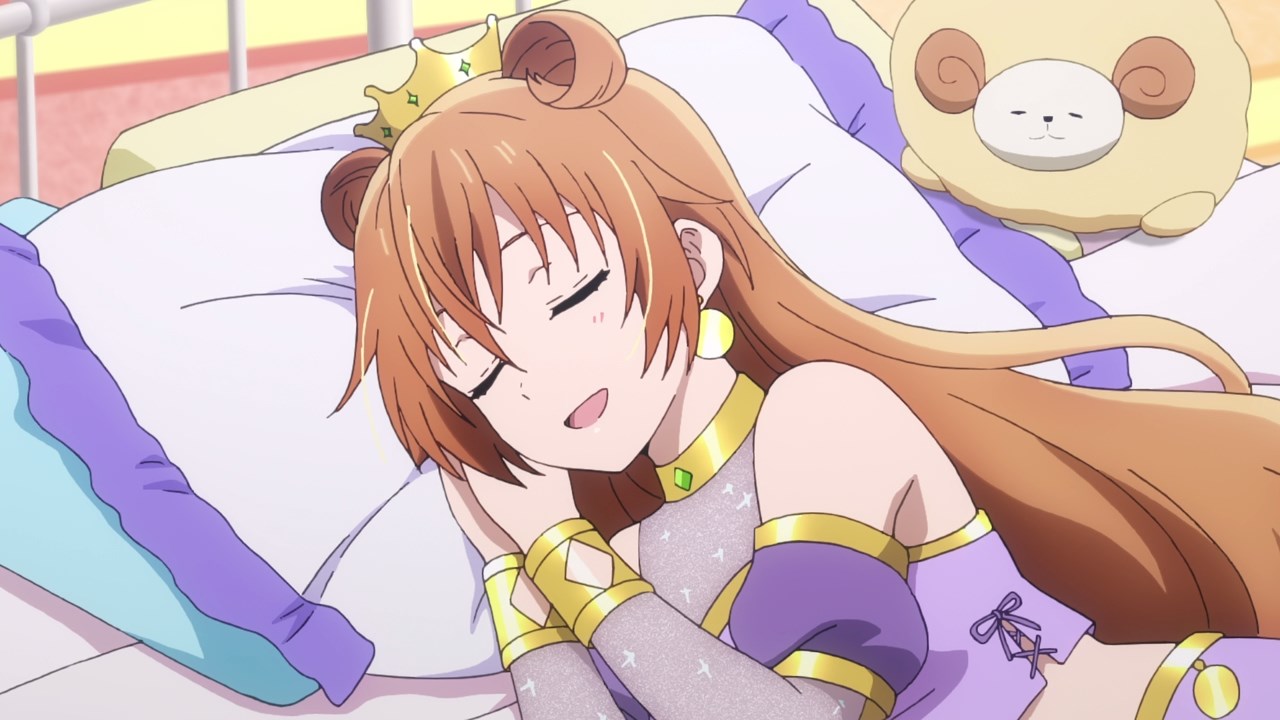 Here’s Kanata Konoe where she’s leading a siesta session with the audience after performing “Butterfly”. C’mon, it’s her quirk after all. 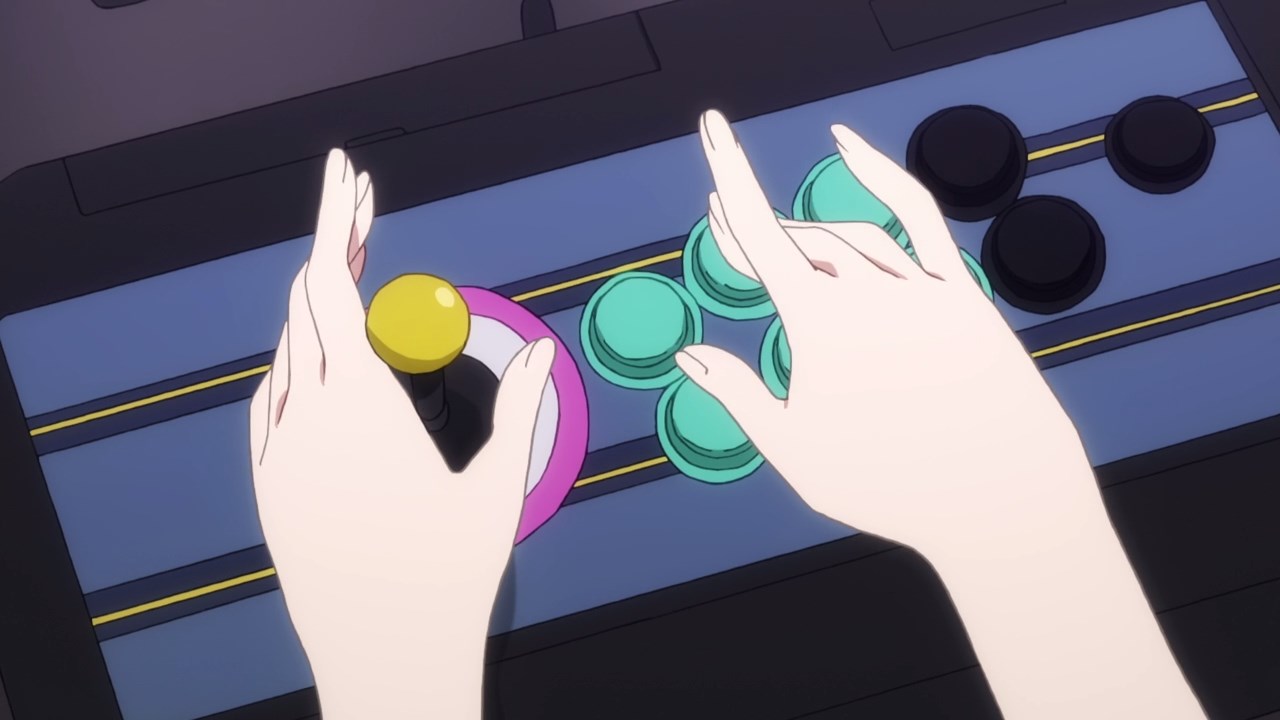 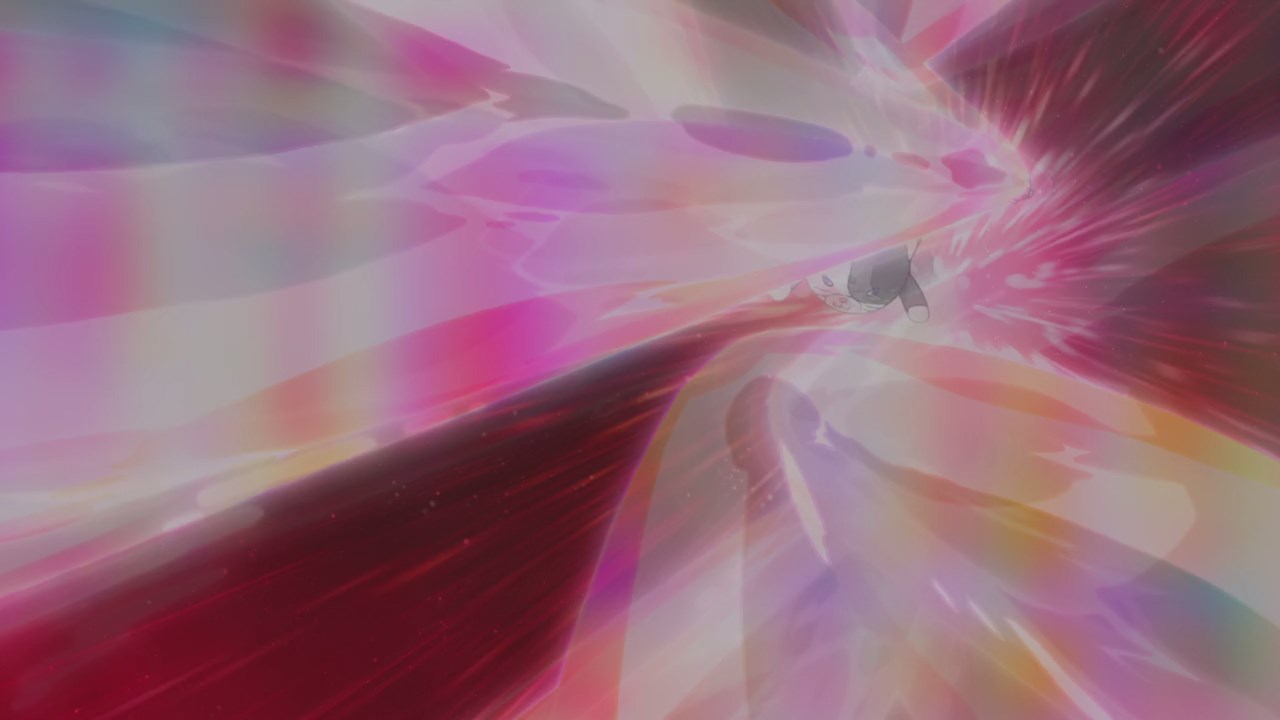 Moving onto Rina Tennouji where she shows her video game prowess against anyone who wants to challenge her. 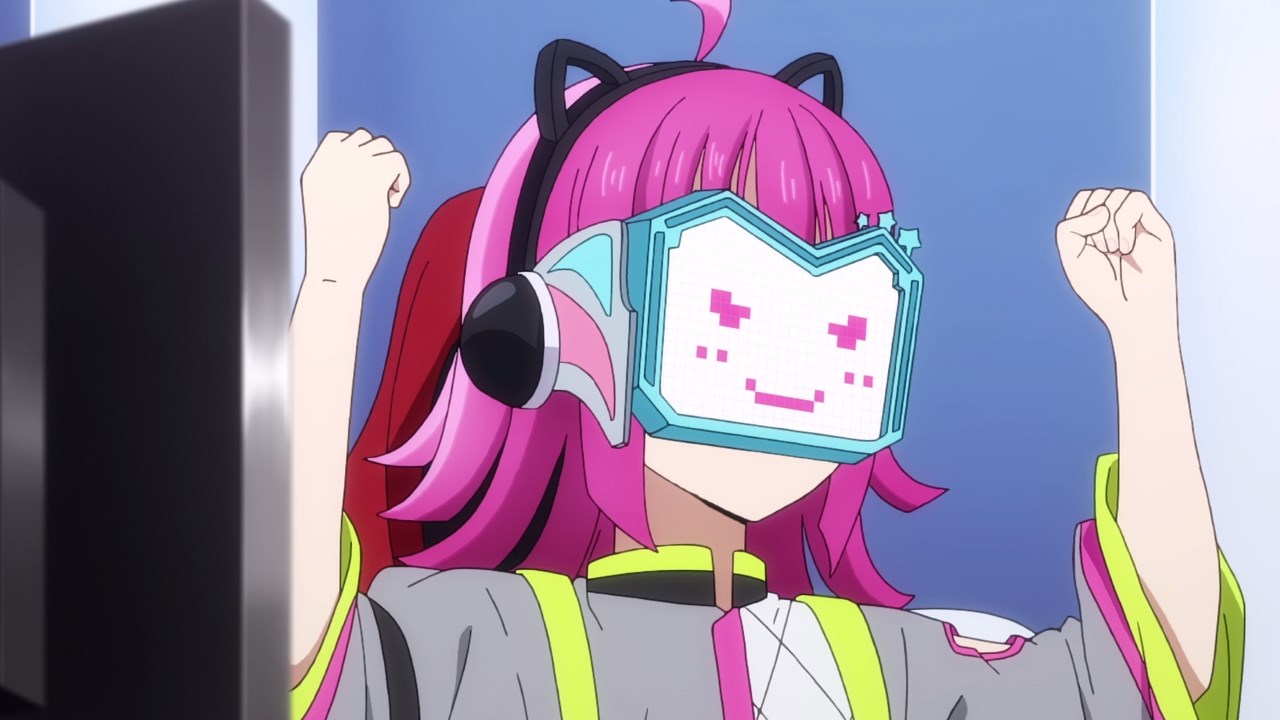 Of course, she’s winning most of the time but that’s okay for the audience because they really love Rina-chan. 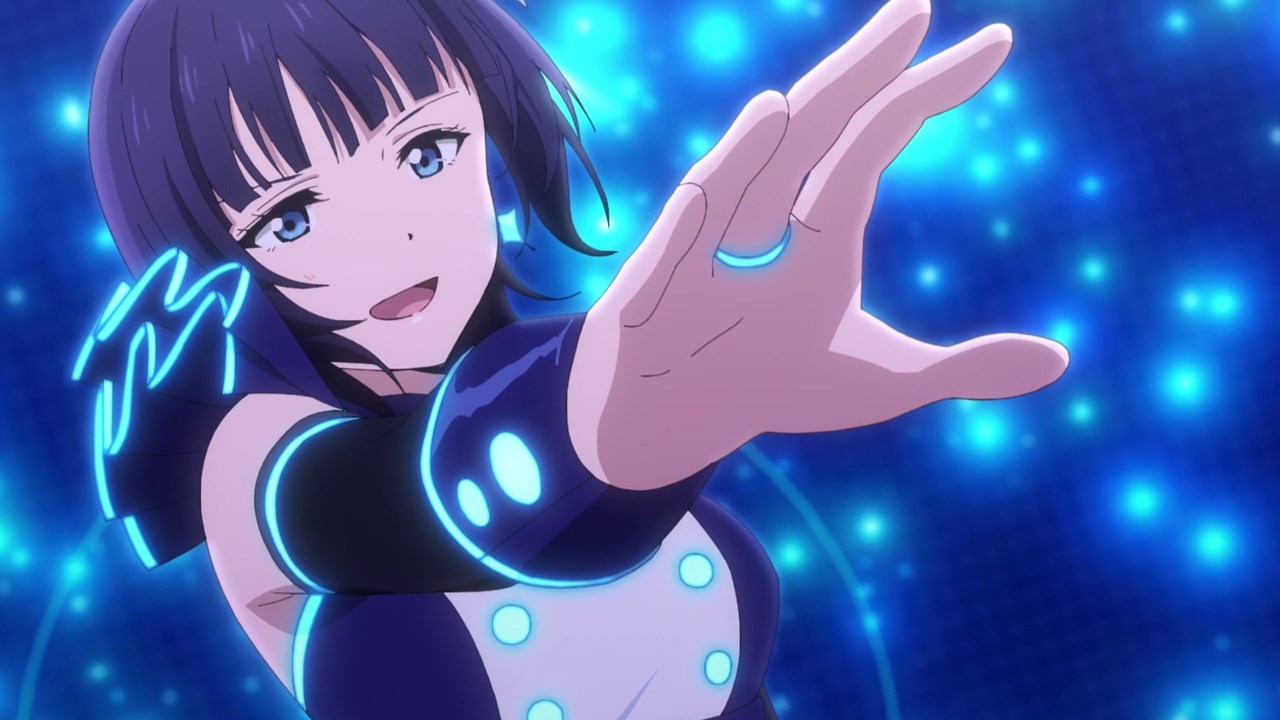 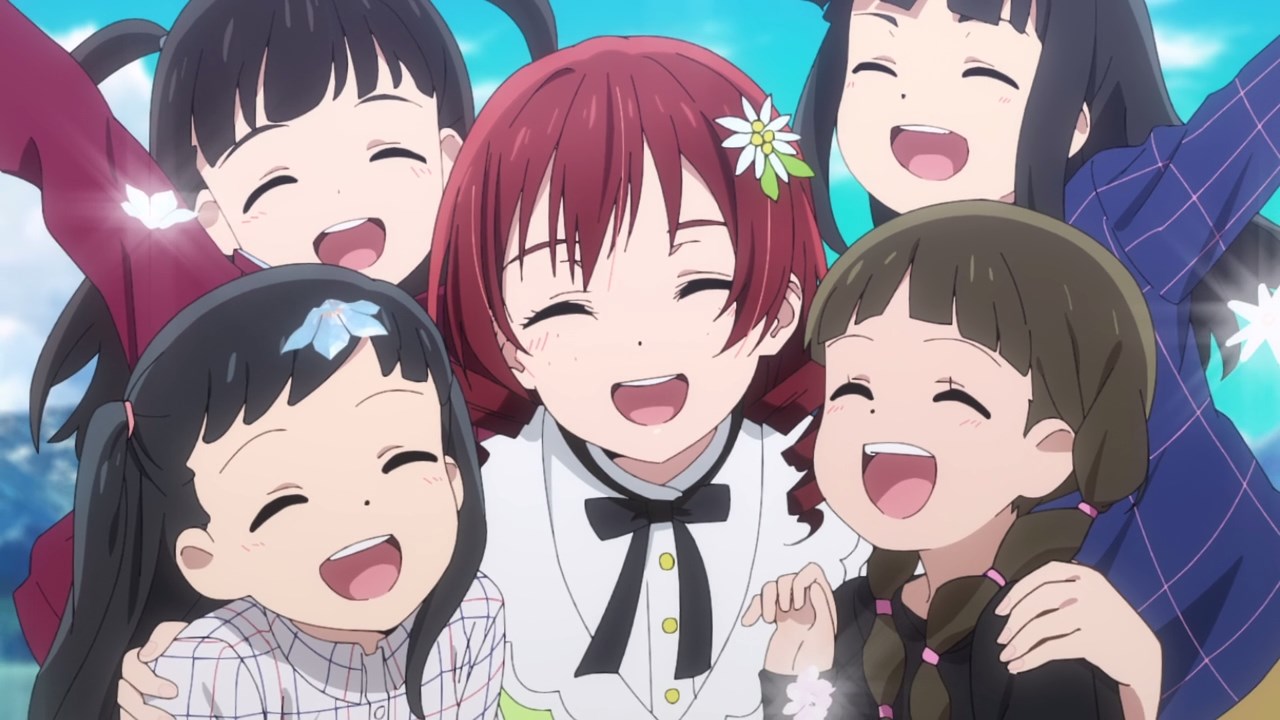 Next up is both Karin Asaka and Emma Verde where they put on a show, although the latter is interesting as Emma let the kids participate in her performance. 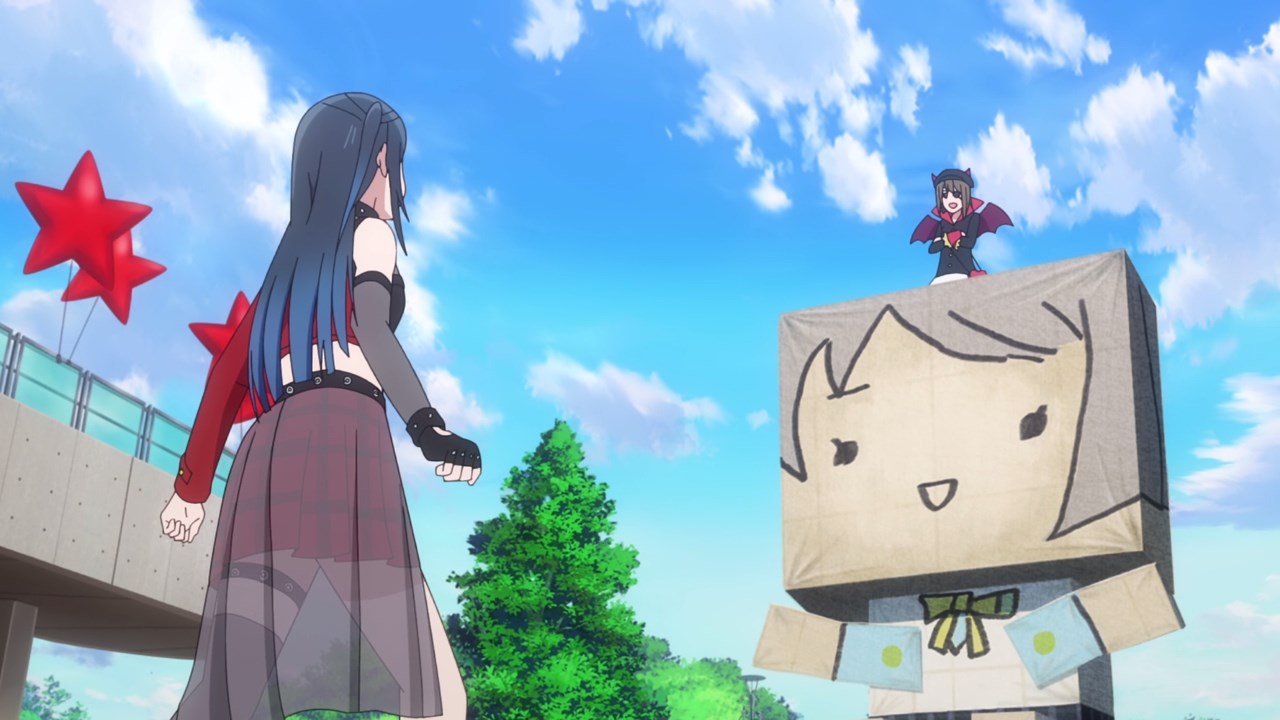 But this one takes the cake as we have a tokusatsu show featuring Setsuna Yuki and Kasumi Nakasu, complete with a large version of her Kasumin Box where it serves as her mecha. 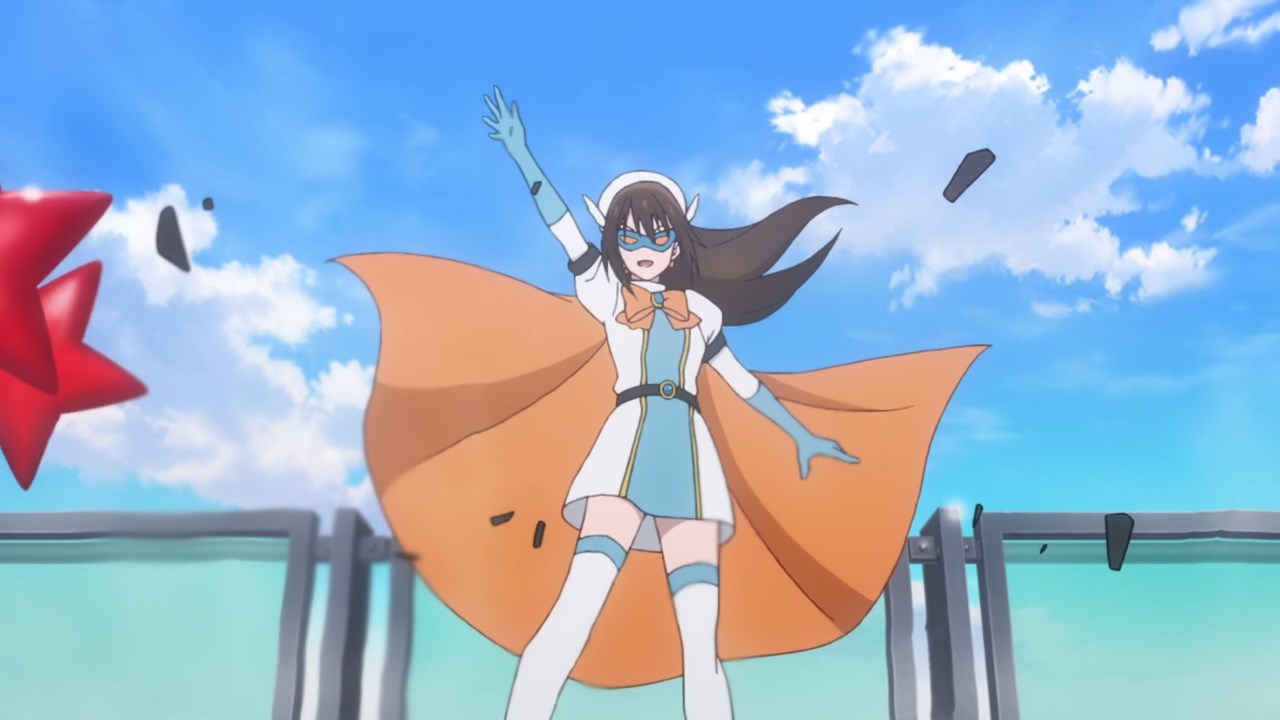 Oh and let’s not forget about Shizuku Osaka where she’s gonna help Setsuna by casting her Shizuku Sky-Blue Hurricane. 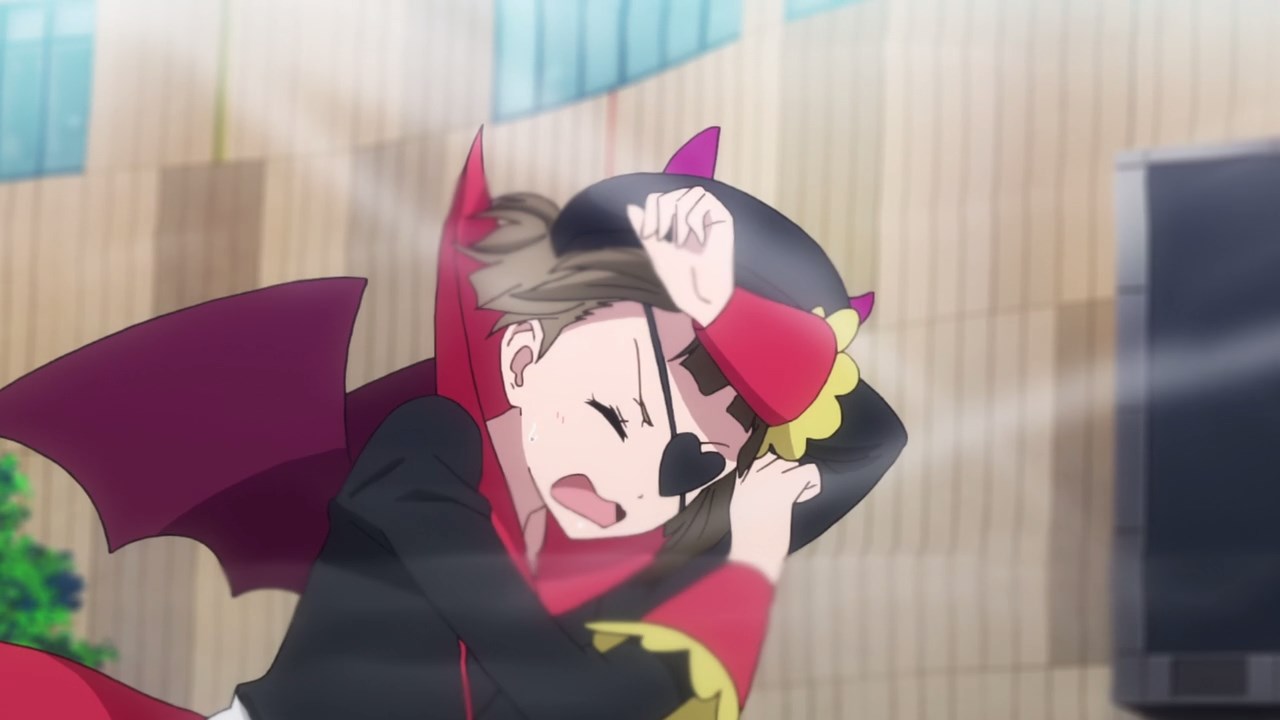 And as you can see, Kasukasu doesn’t stand a chance but she won’t give up easily. Looks like Setsuna Yuki will have to deliver the finishing blow. 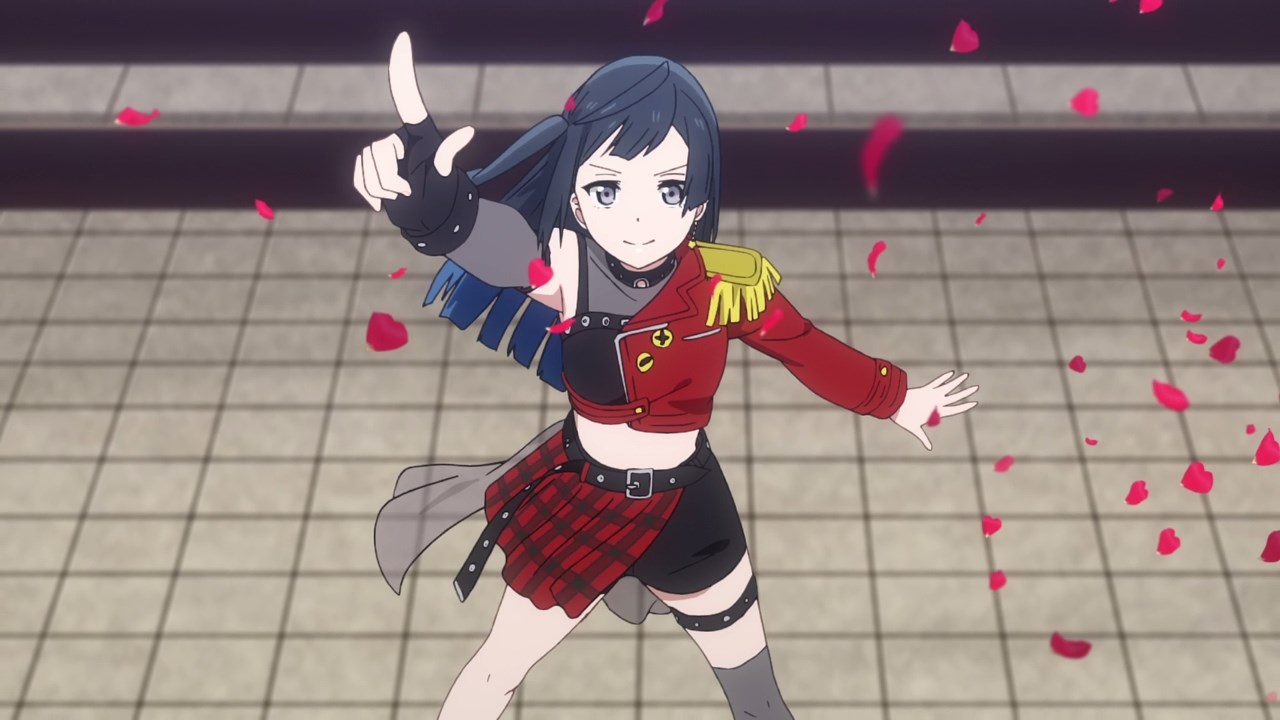 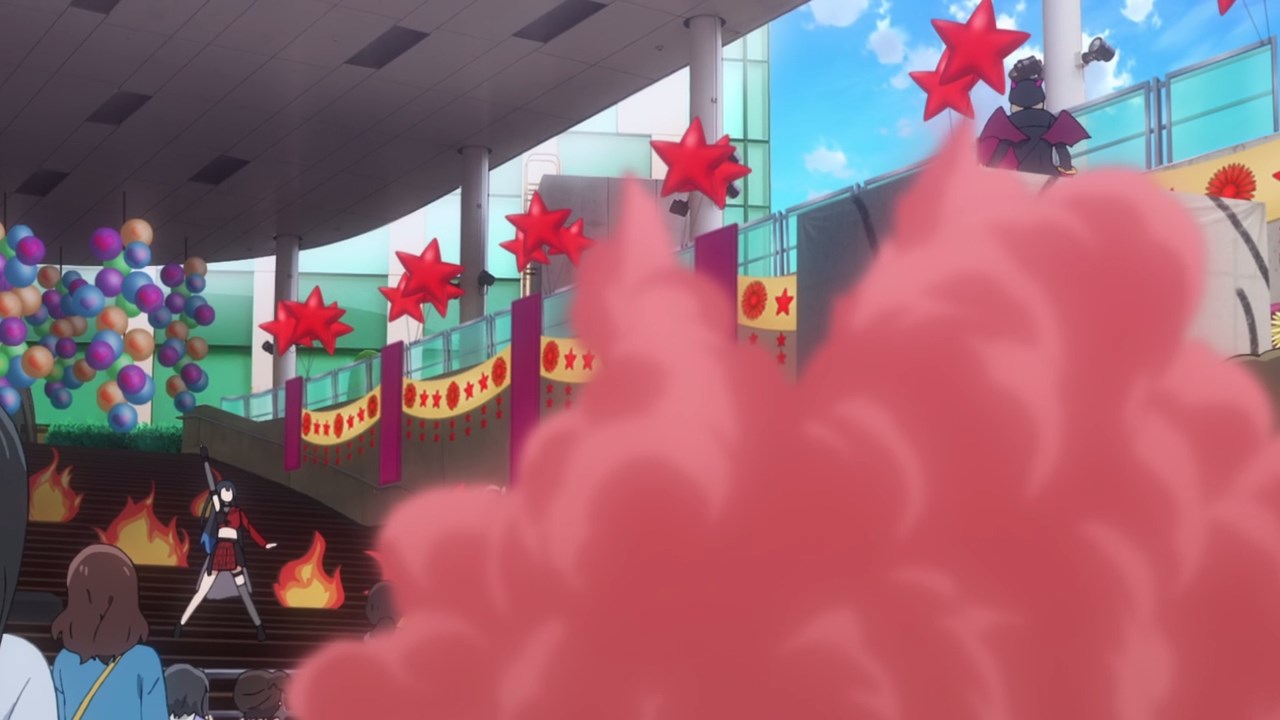 Still, I feel that this tokusatsu show is the best one during the School Idol Festival. But that’s about it for their solo performances! 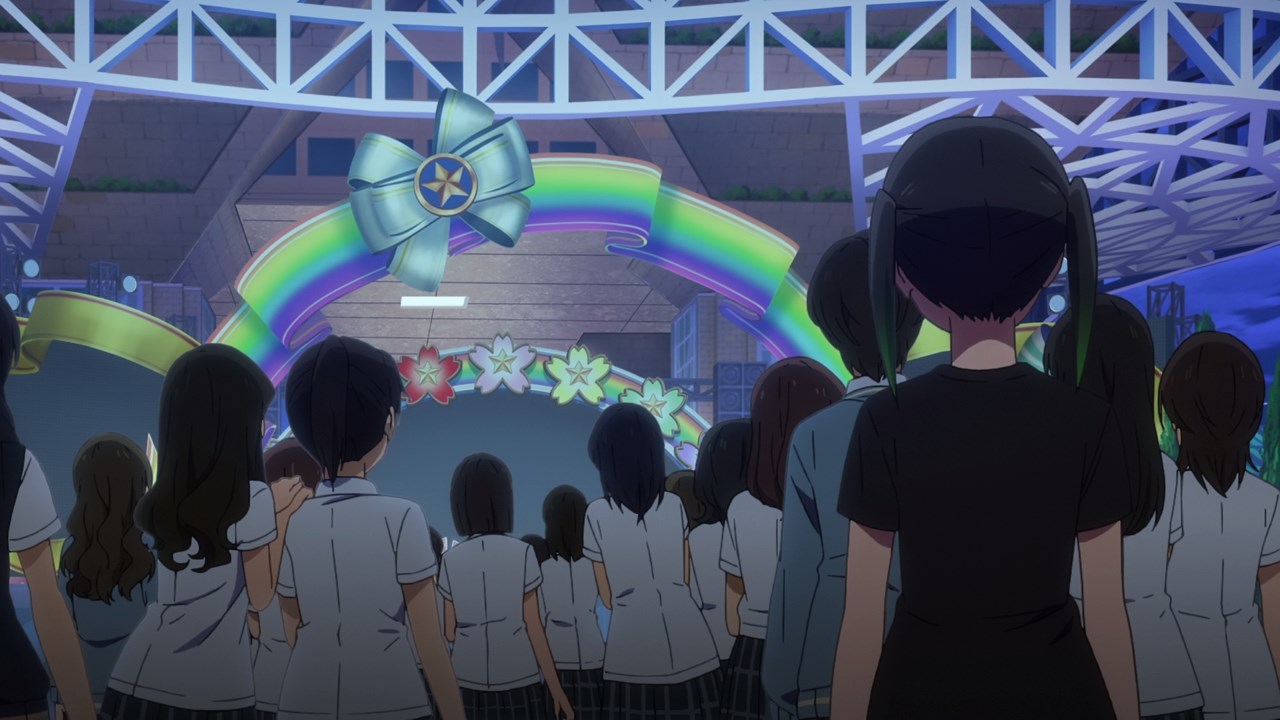 Now, it’s time for the climax of this festival as Nijigasaki School Idol Club, plus the school idol groups from both Shinonome and Touou Academy, will perform at the grand stage. 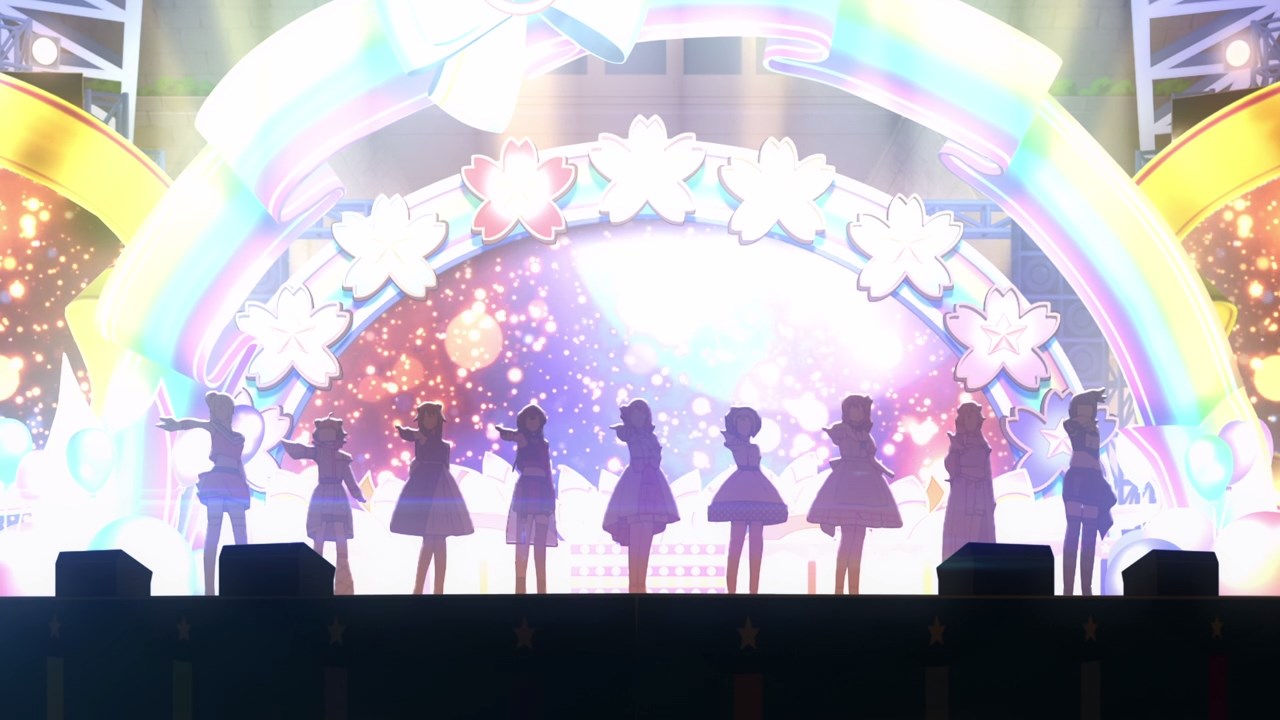 But let’s start things off with Nijigasaki School Idol Club where all 9 members will perform their first group song titled “Yume ga Koko Kara Hajimaru yo”, which is composed by Yuu Takasaki. 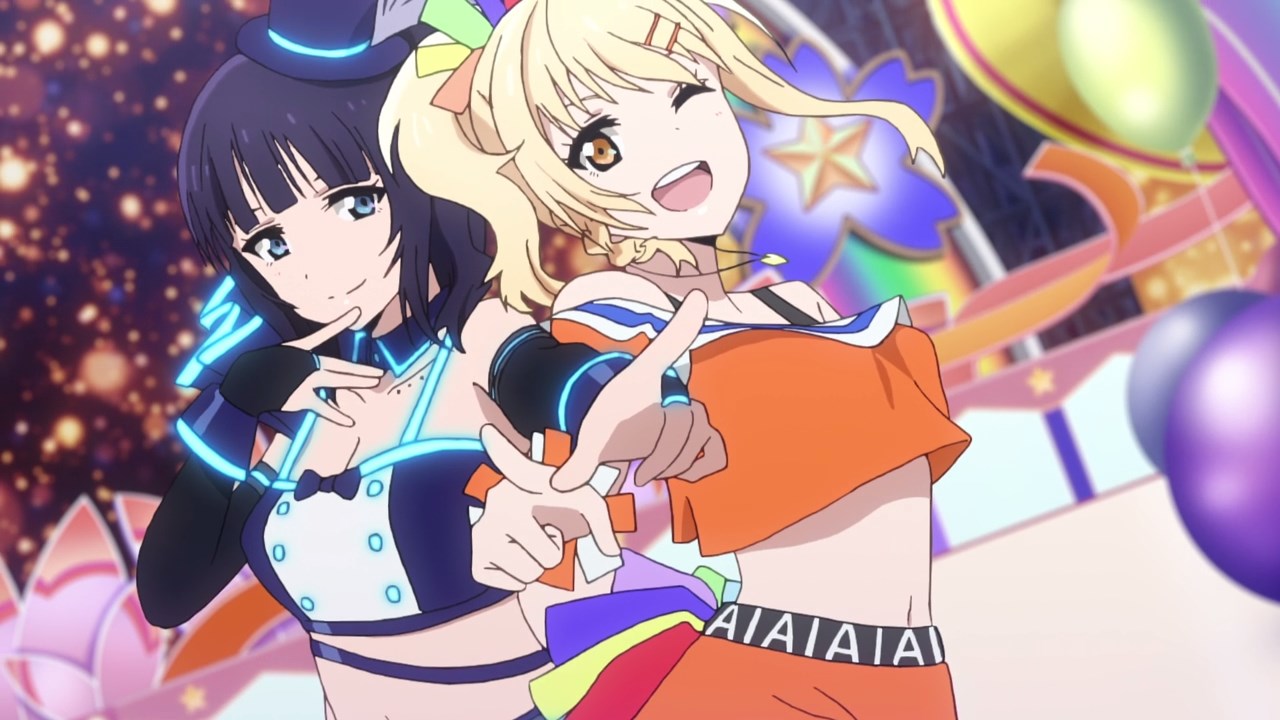 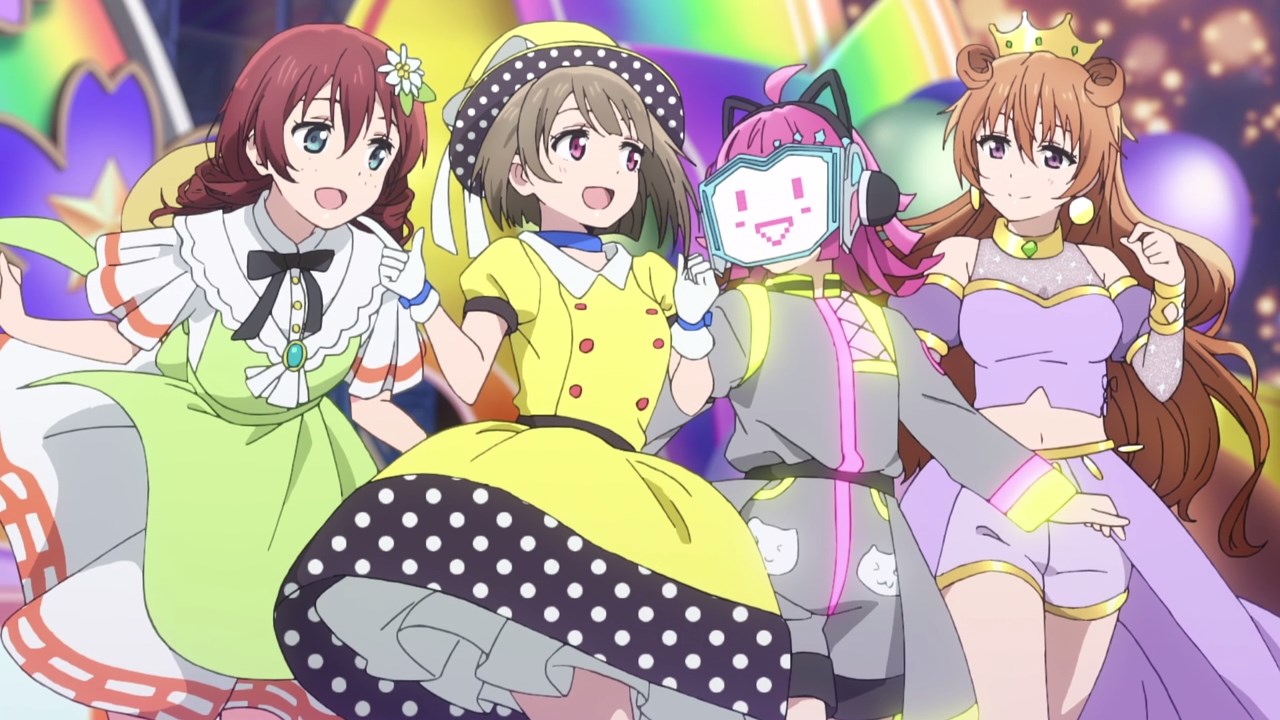 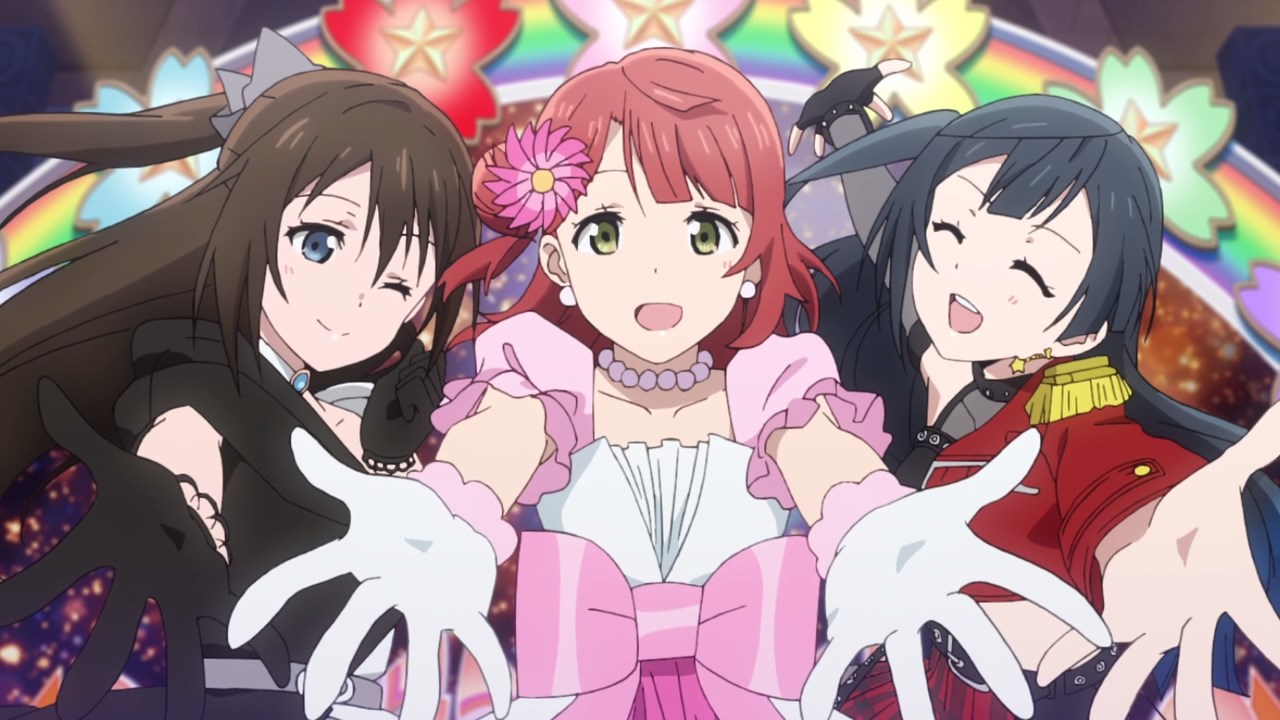 And really, Yuu-chan scored a homerun with her first song. While these 9 idols have their own individual traits, they’re united as one thanks to Takasaki. 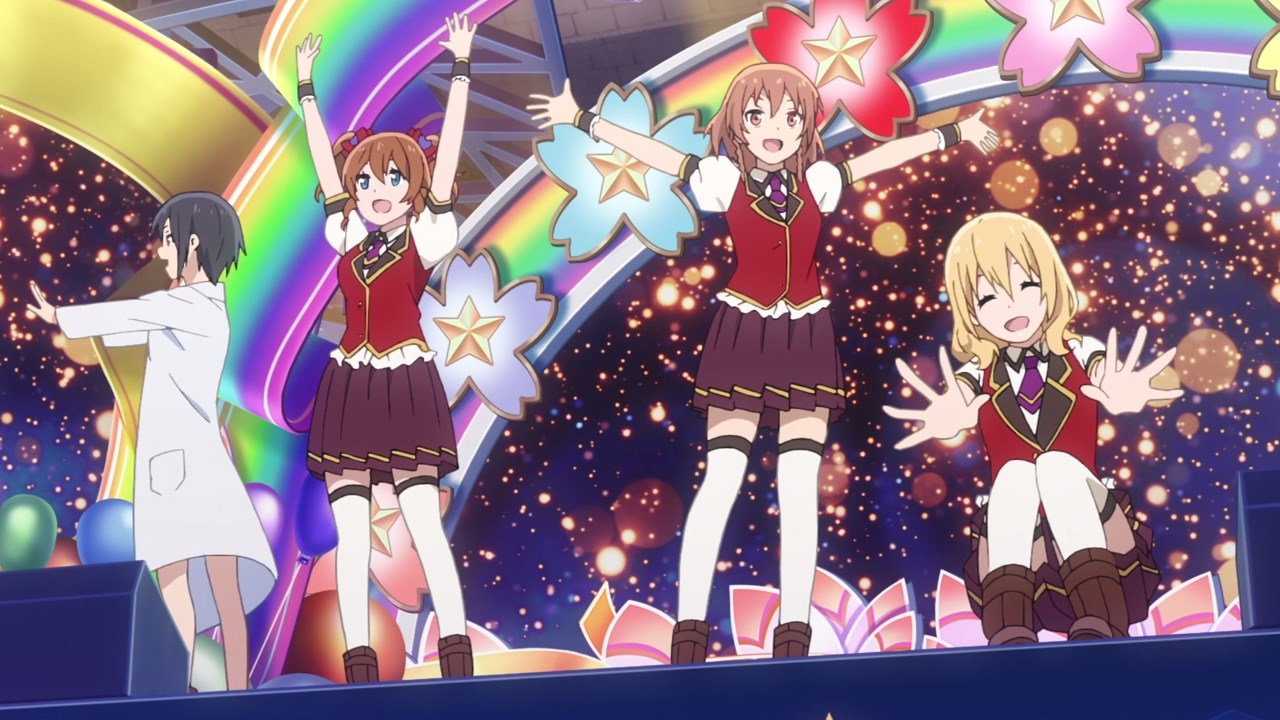 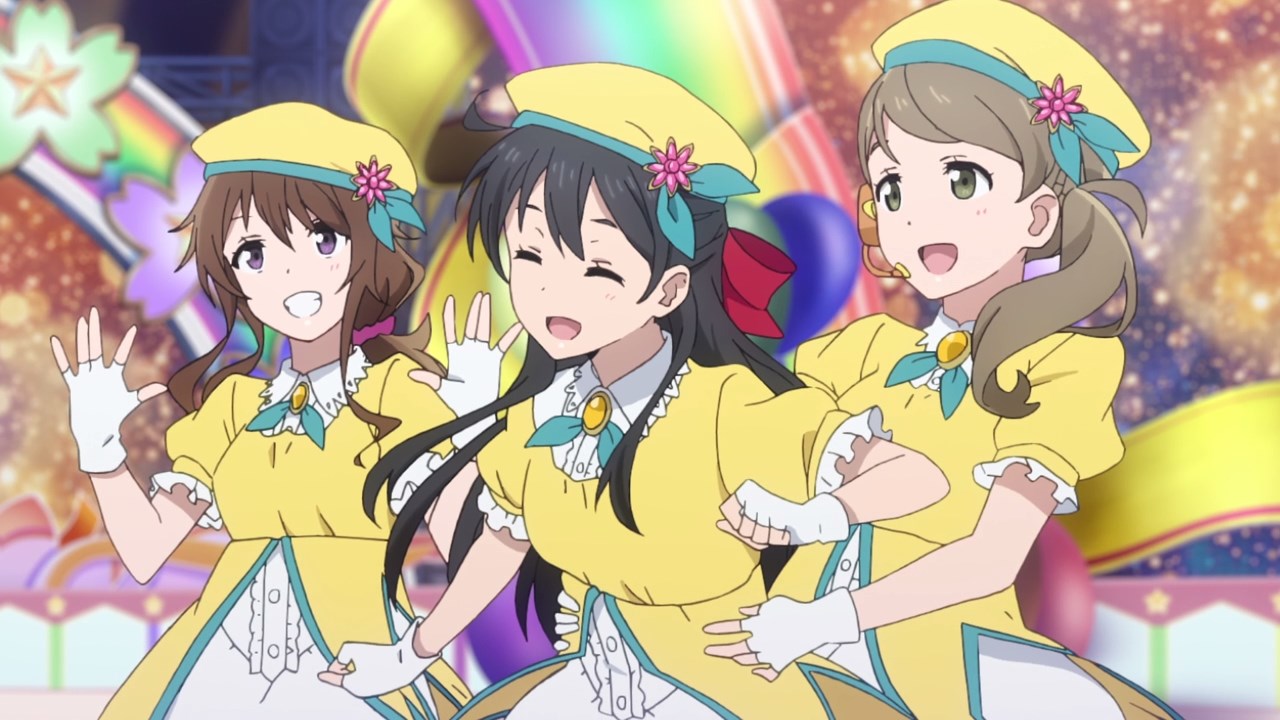 Also, here’s both Shinonome and Touou Academy as they put up a splendid show at Nijigasaki High School. While I wish they’ll have a spin-off anime, it’s not gonna happen. 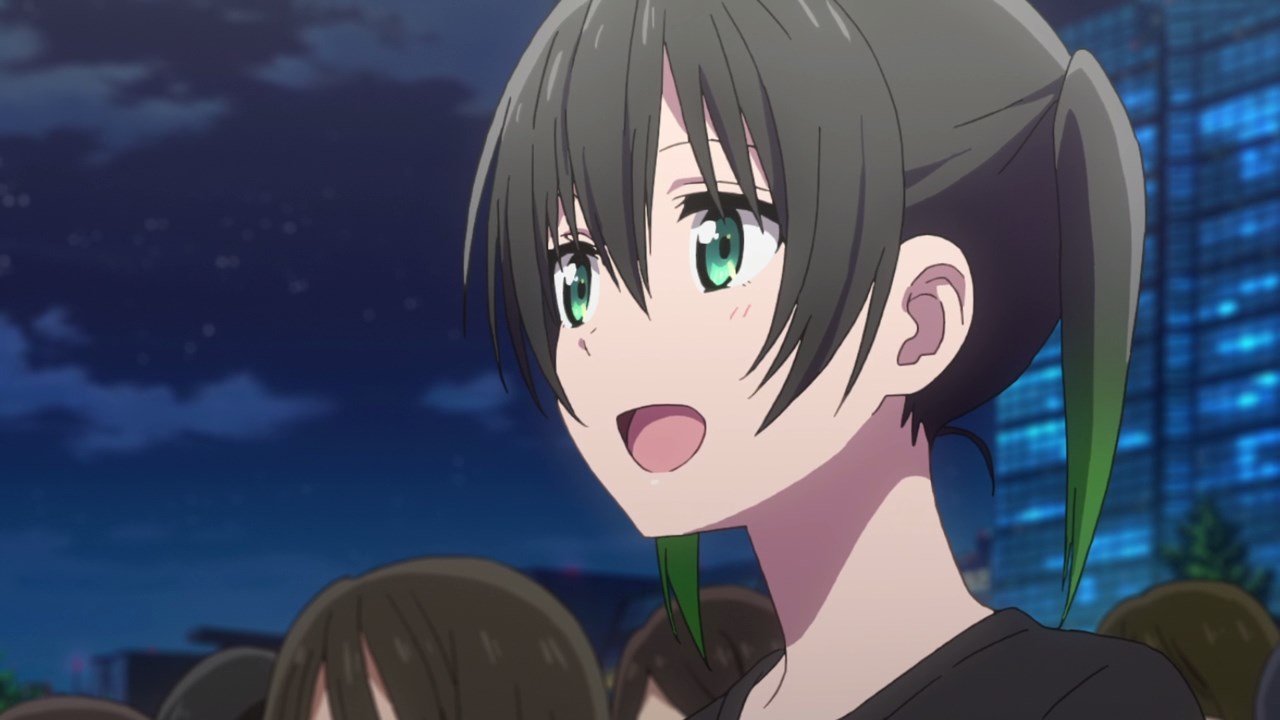 But yes, this School Idol Festival is a success and Yuu Takasaki is very happy that her love of school idols have blossomed into the biggest festival within Nijigasaki High School. Let’s hope that more schools will be invited in the future. 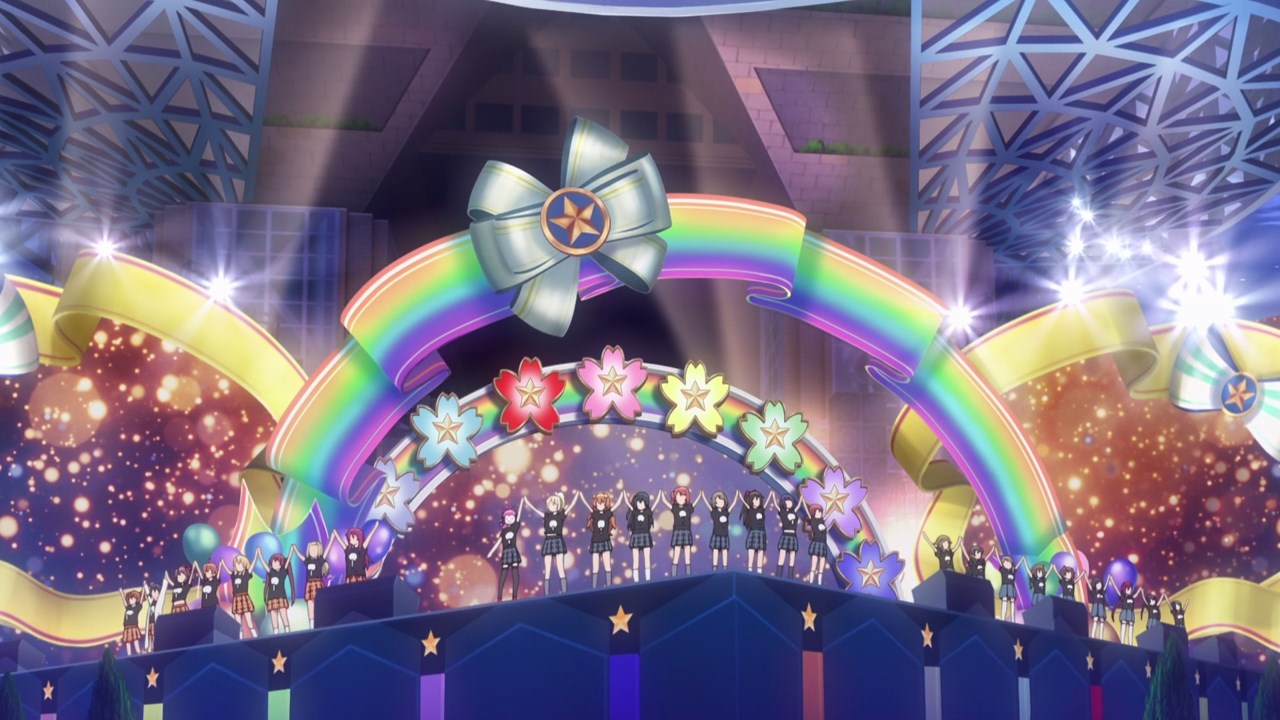 And that concludes the anime series and man, Sunrise did a great job on making a show within the Love Live! franchise that has some fresh ideas like focusing on individual characters in every episodes. While an avid fan of Karin Asaka, I feel that the episodes revolving around Rina Tennouji, Kanata Konoe, and Shizuku Osaka are the best ones I’ve seen.

On the other hand, I think supposed love triangle between Setsuna/Yuu-chan/Ayumu is somewhat unnecessary (or it doesn’t exist) in my opinion as it’s just a case of misunderstanding where Ayumu got the wrong idea about Yuu-chan. At least it’s resolved in Episode 12 instead of dragging it further ’cause Ayumu is scary when jealous.

In any case, I’m hoping that there will be another season of Love Live! Nijigasaki High School Idol Club ’cause the mobile game Love Live! School Idol Festival All-Stars is still ongoing and there will be more school girls that’ll show up in the sequel, especially in Nijigasaki High School where Yuu Takasaki might find some around the school campus. 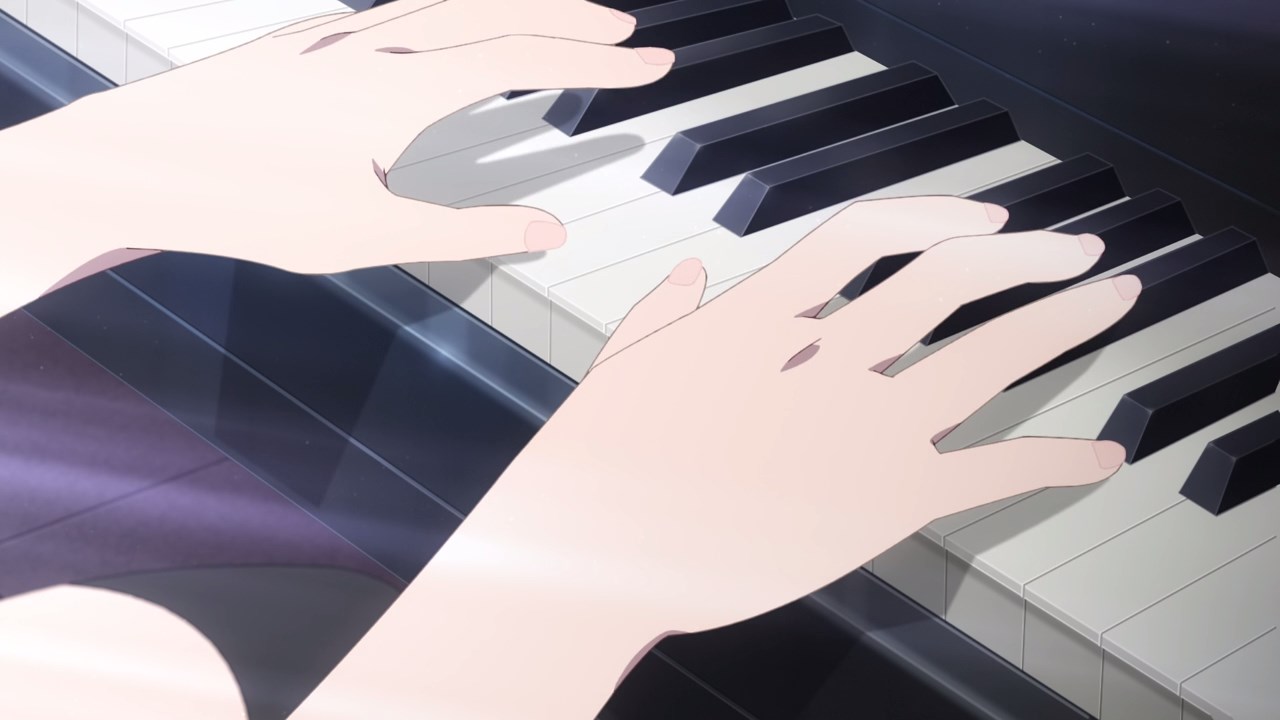 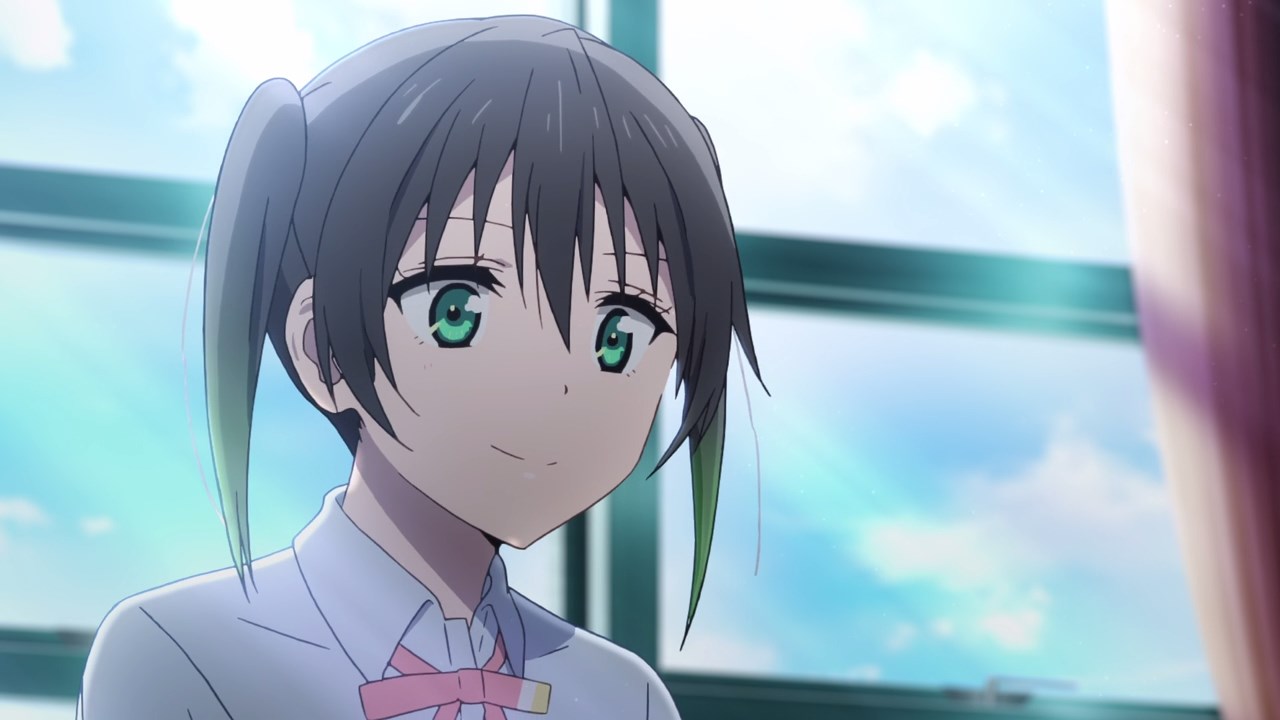 But speaking of Takasaki, looks like she’s focused on becoming a music producer as she takes music lessons. I’m hoping for Yuu Takasaki Version 2.0 in the sequel soon!