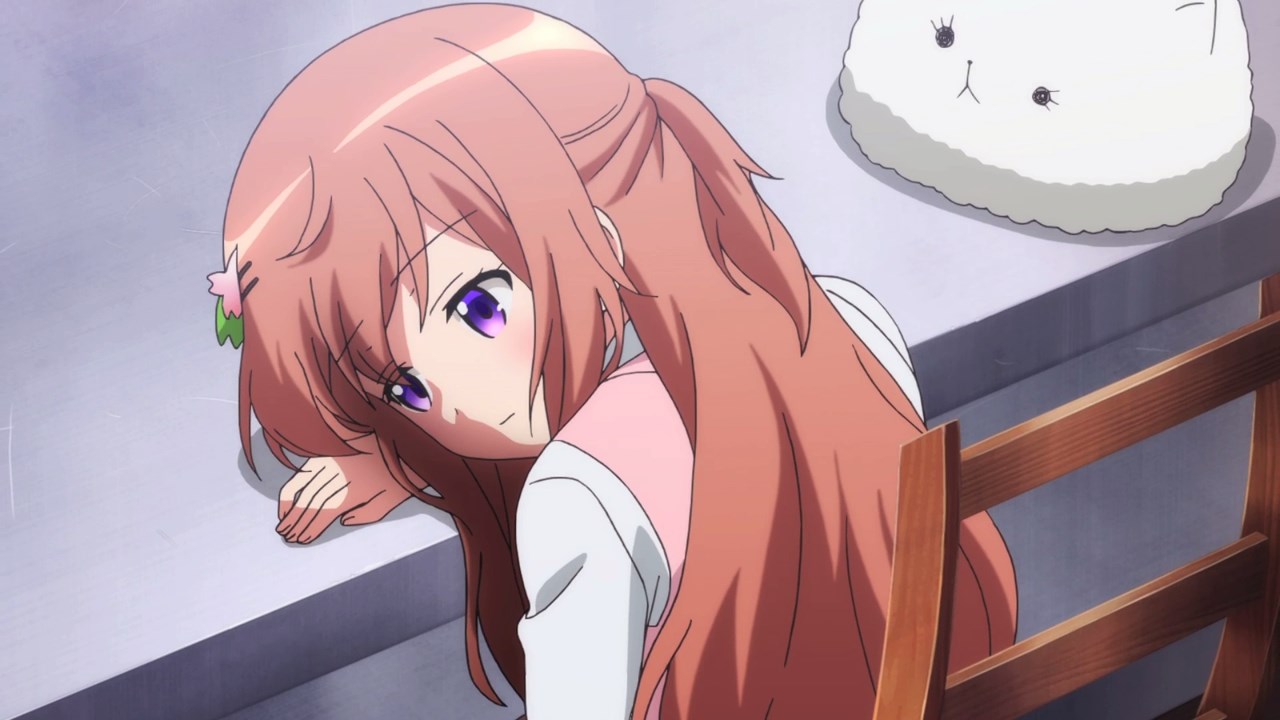 Well everyone, here’s Mocha Hoto where she’s having Cocoa Sickness right now on this final episode. She really miss her sister very much. 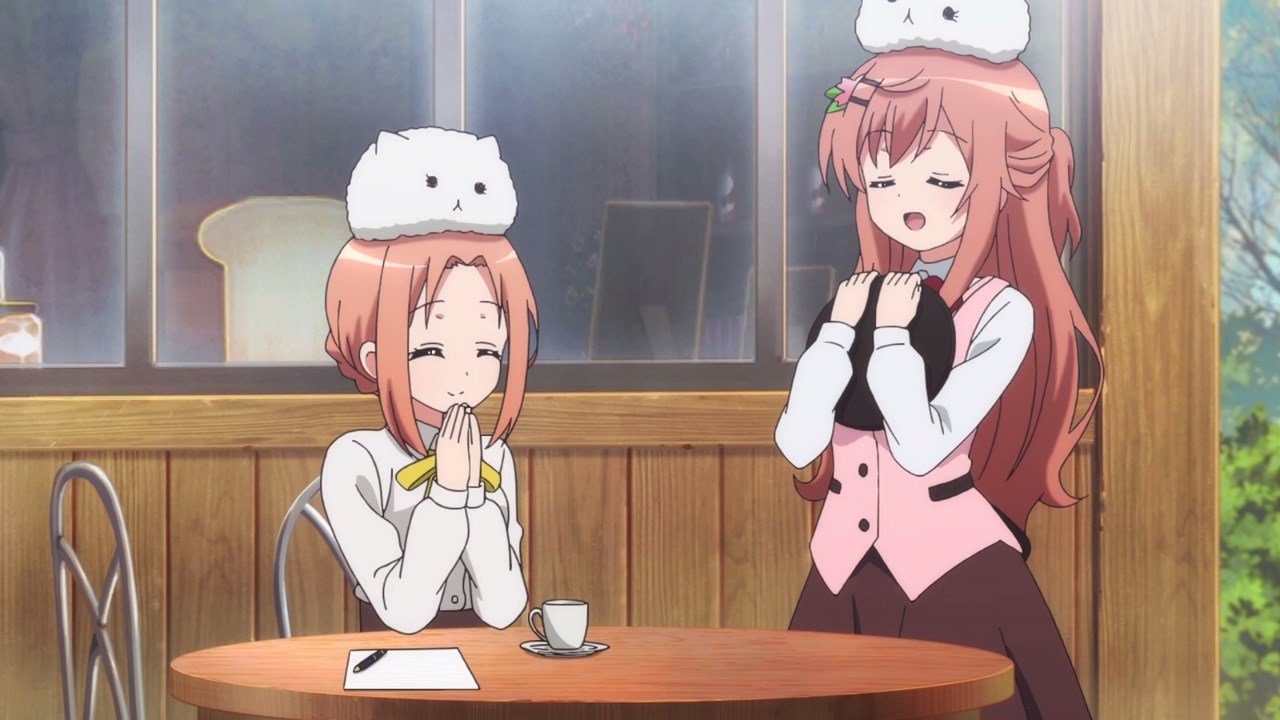 But you know what, I think it’s time for Mocha-san to cheer herself up by making coffee because c’mon, she was inspired by Rabbit House after visiting a few times already. Now then, it’s time for Mocha’s mother to taste her creation. 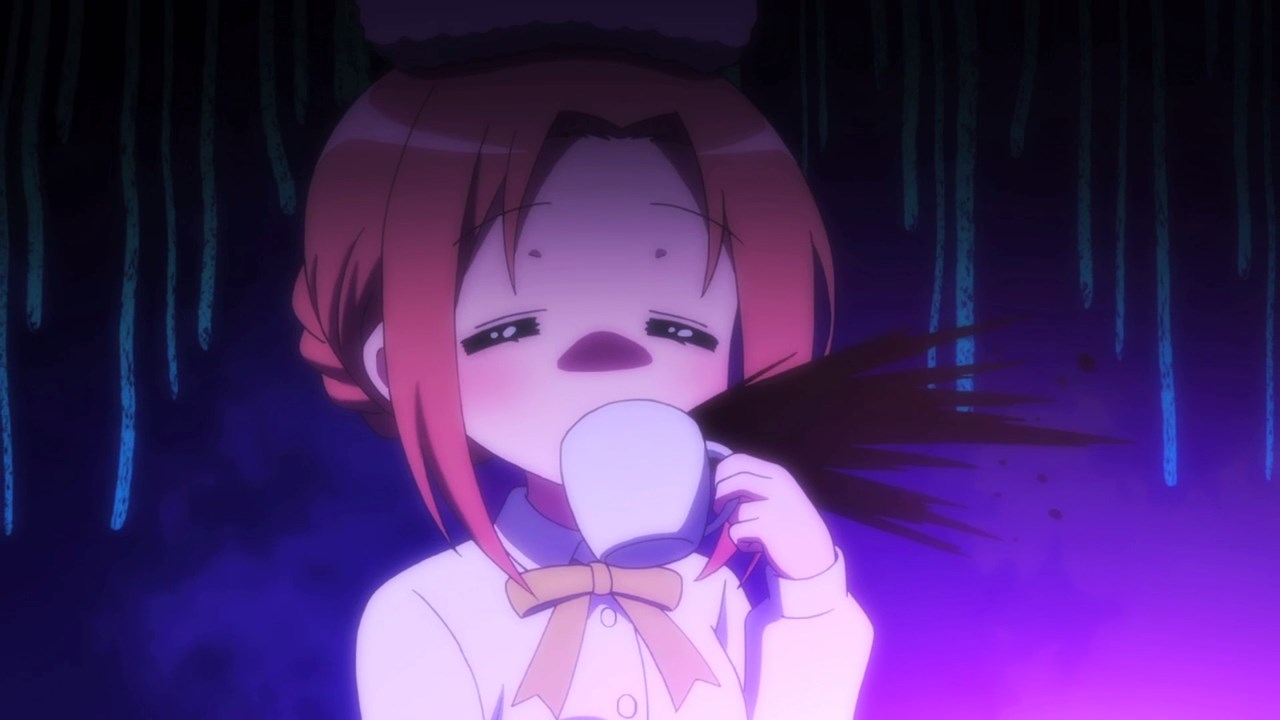 Then again, it appears that she doesn’t like the taste as she’s like drinking mud rather than a high-quality blend coffee.

Still, Mocha won’t give up until she can make coffee that is decent enough to drink. Of course, Cocoa still can’t tell which blend of coffee she’s drinking. 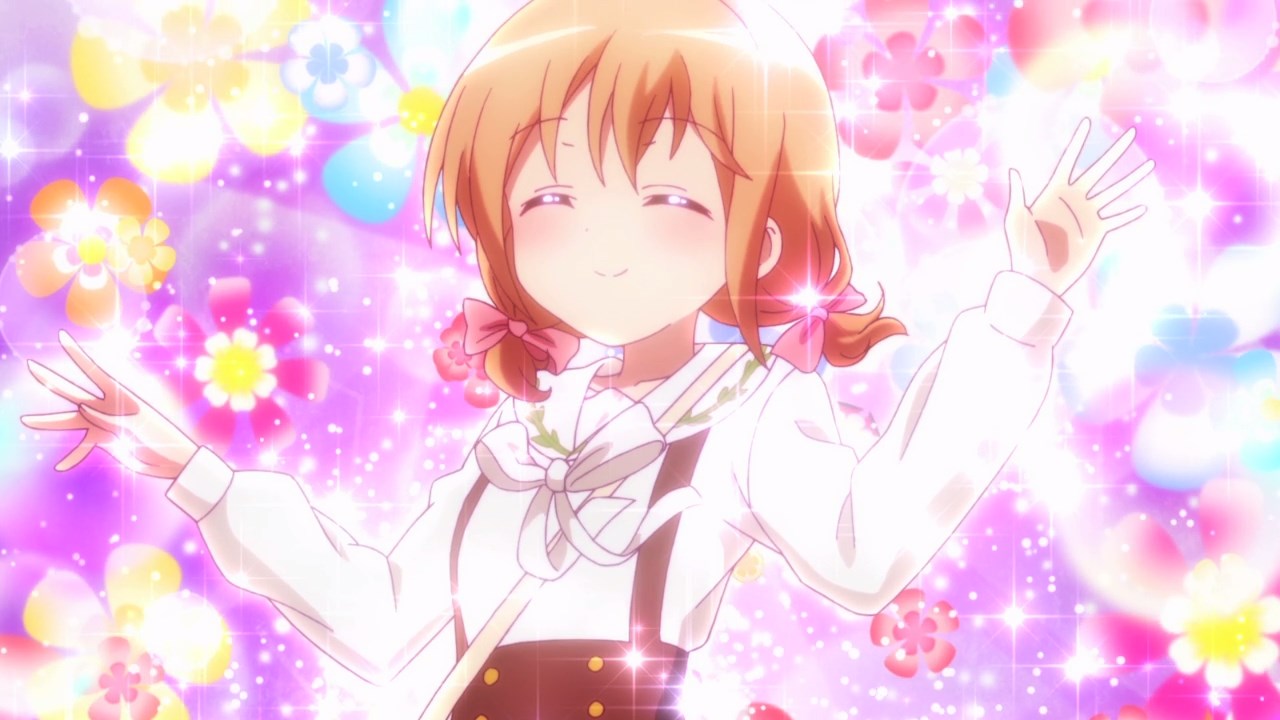 Now let’s go to Rabbit House where Mocha-san sent a gift to Cocoa-chan. As you can see, she’s wearing her old middle school uniform in which Cocoa is feeling like a 13-year old girl again. 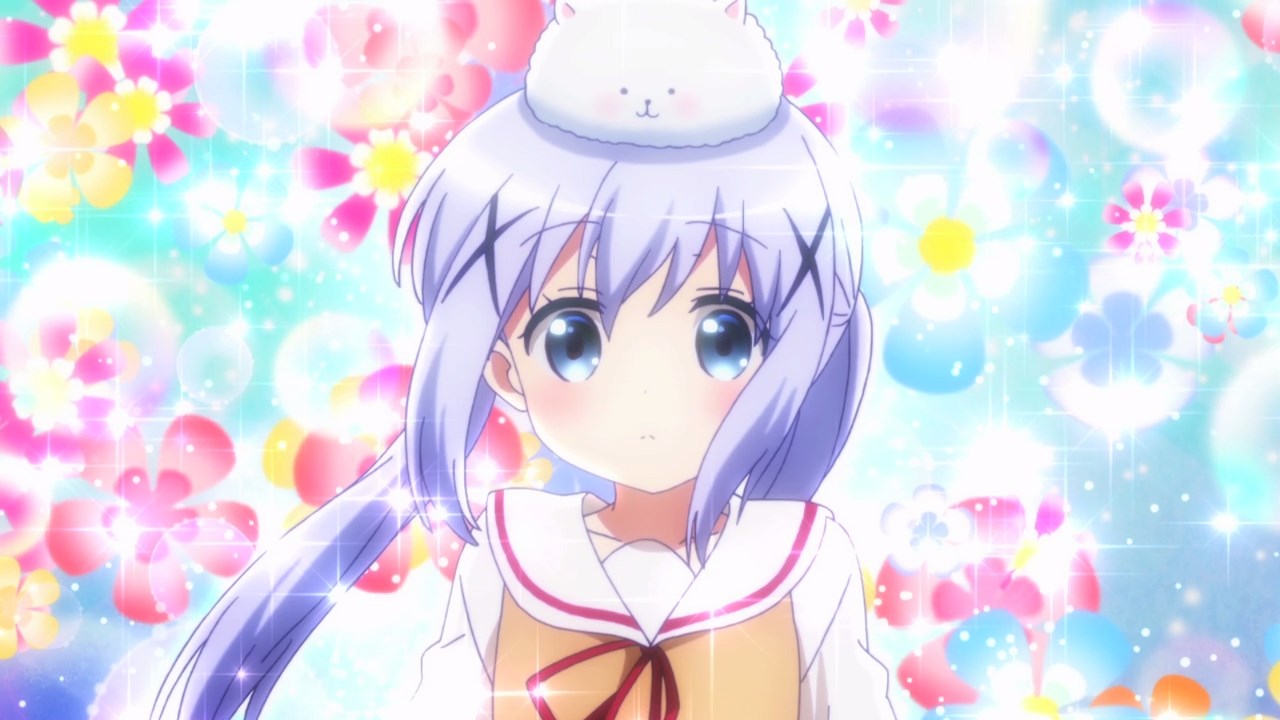 Also, Mocha sent her high school uniform in which Chino-chan is currently wearing it. I’m surprised that the uniform is a great fit for Chino Kafuu where she looks like a big sister. 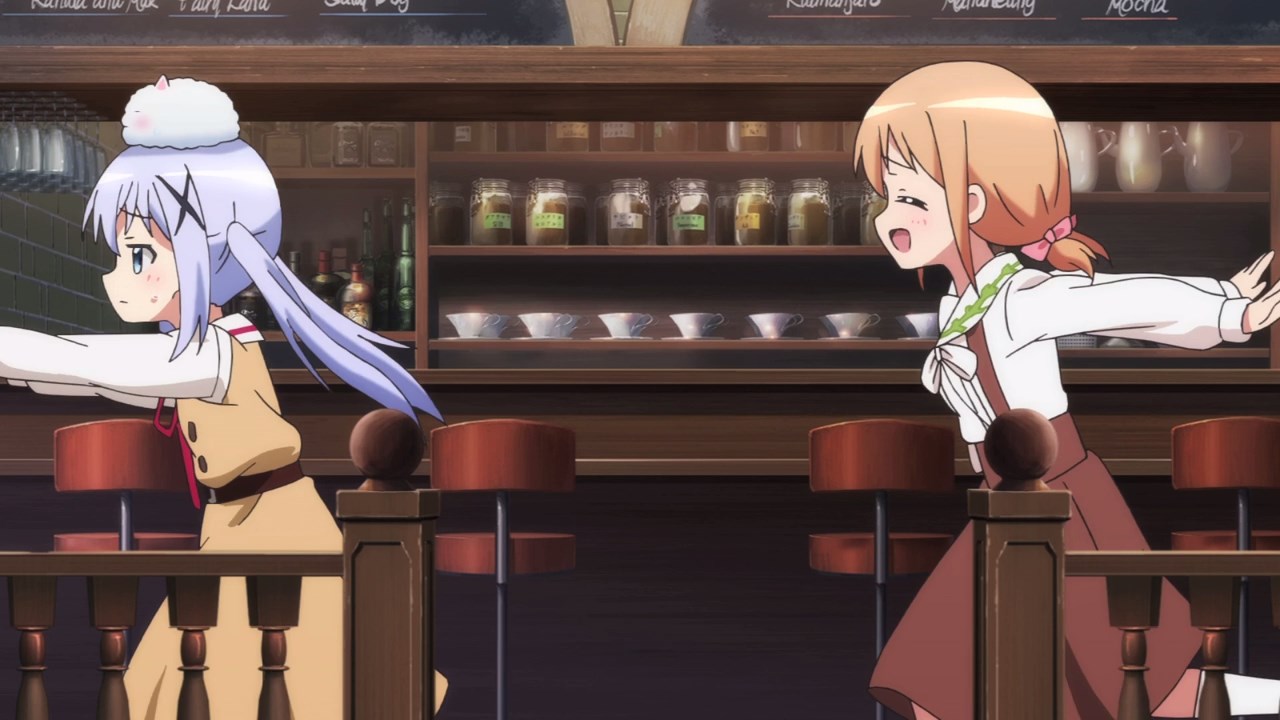 Of course, Chino Kafuu will have to deal with an annoying little sister that is Cocoa Hoto. Oh Cocoa, are you aiming to become a big sister to Chino-chan? 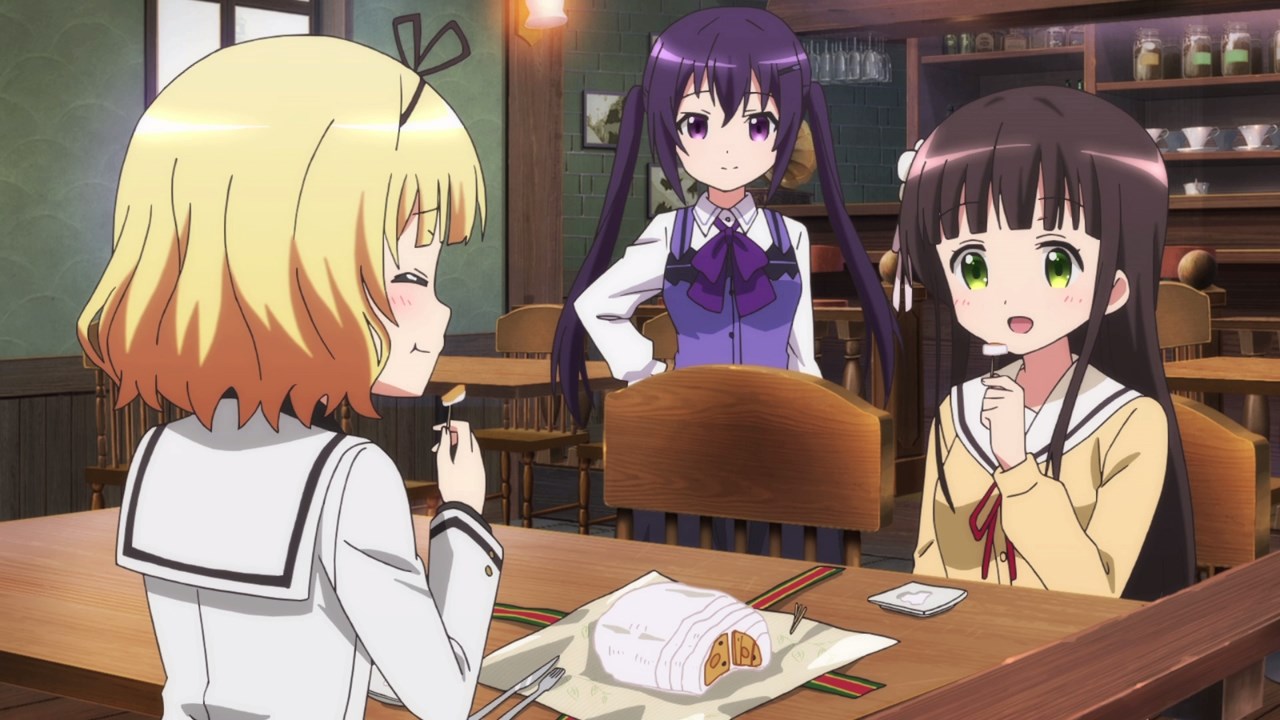 One more thing, Mocha-san brought a fruit cake called stollen in which it tastes good according to Sharo Kirima and Chiya Ujimatsu.

Gotta say that she’s good at baking cake and bread should Mocha put a lot of effort on making one through trial and error. 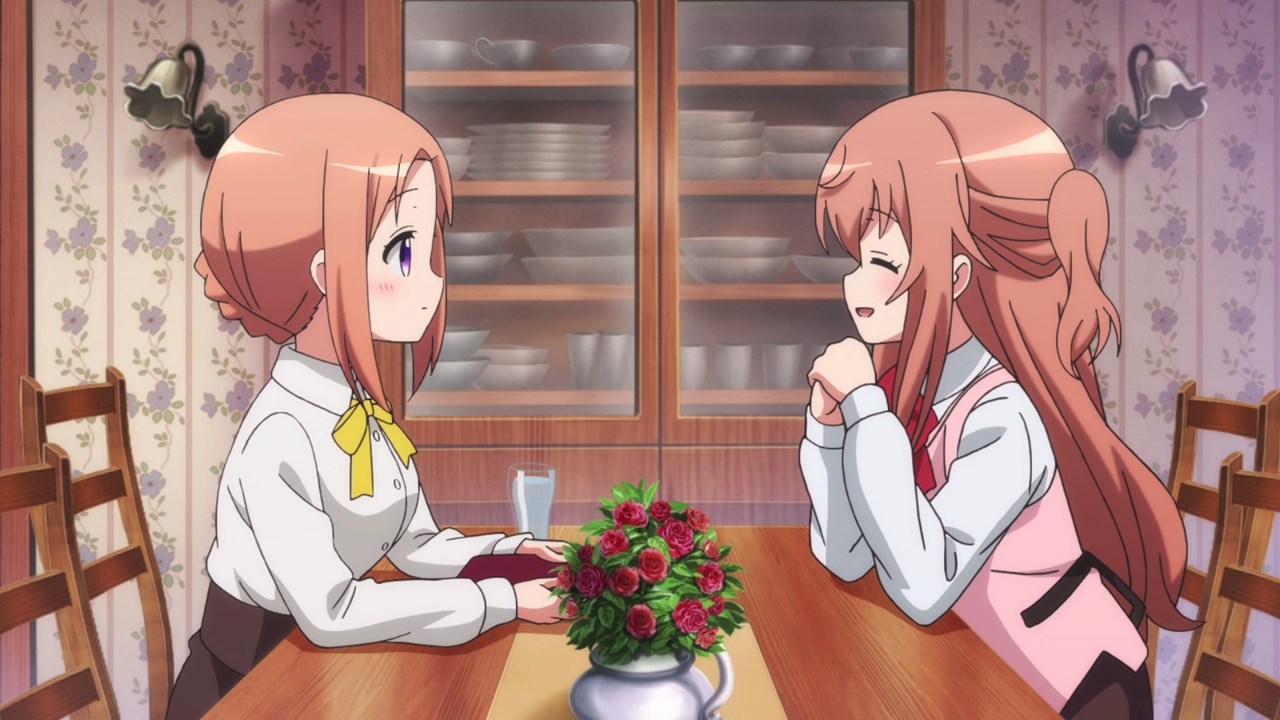 Speaking of Mocha-san, looks like she’s interested on hearing some stories about her mother, especially her high school years. 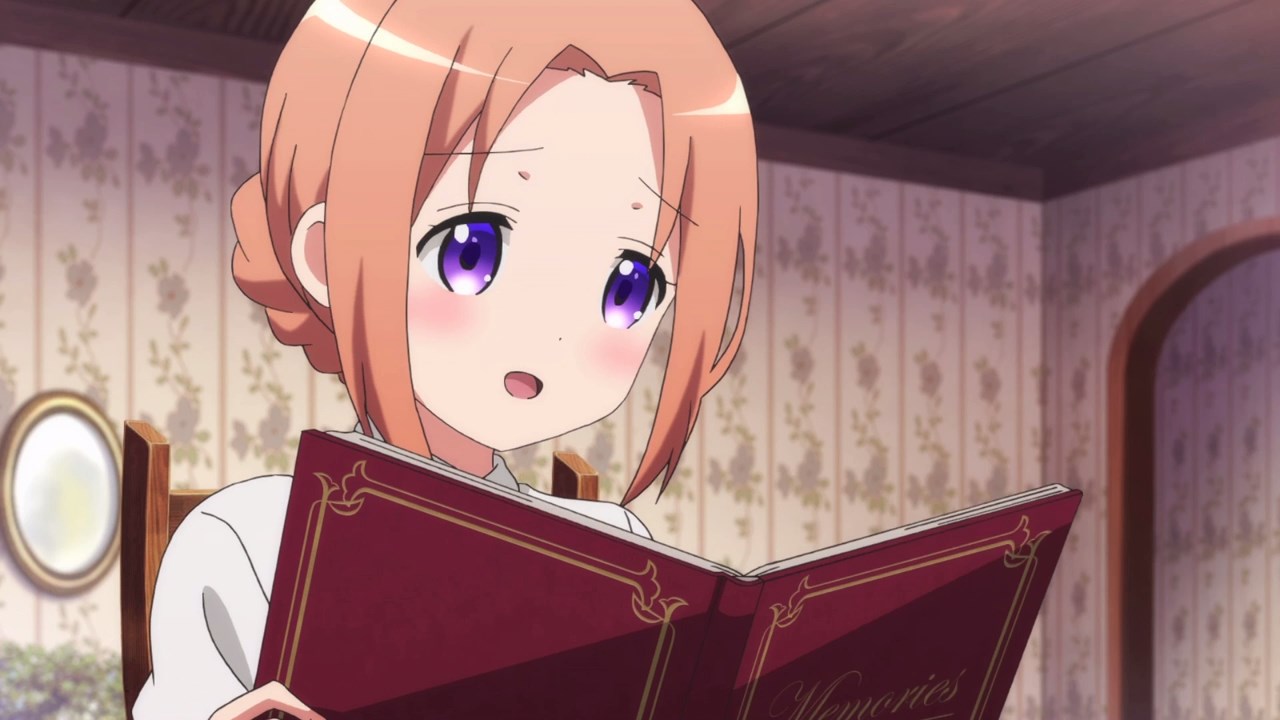 In any case, Mocha’s mother remembered those days when she befriended a certain classmate she called Usagi-chan. 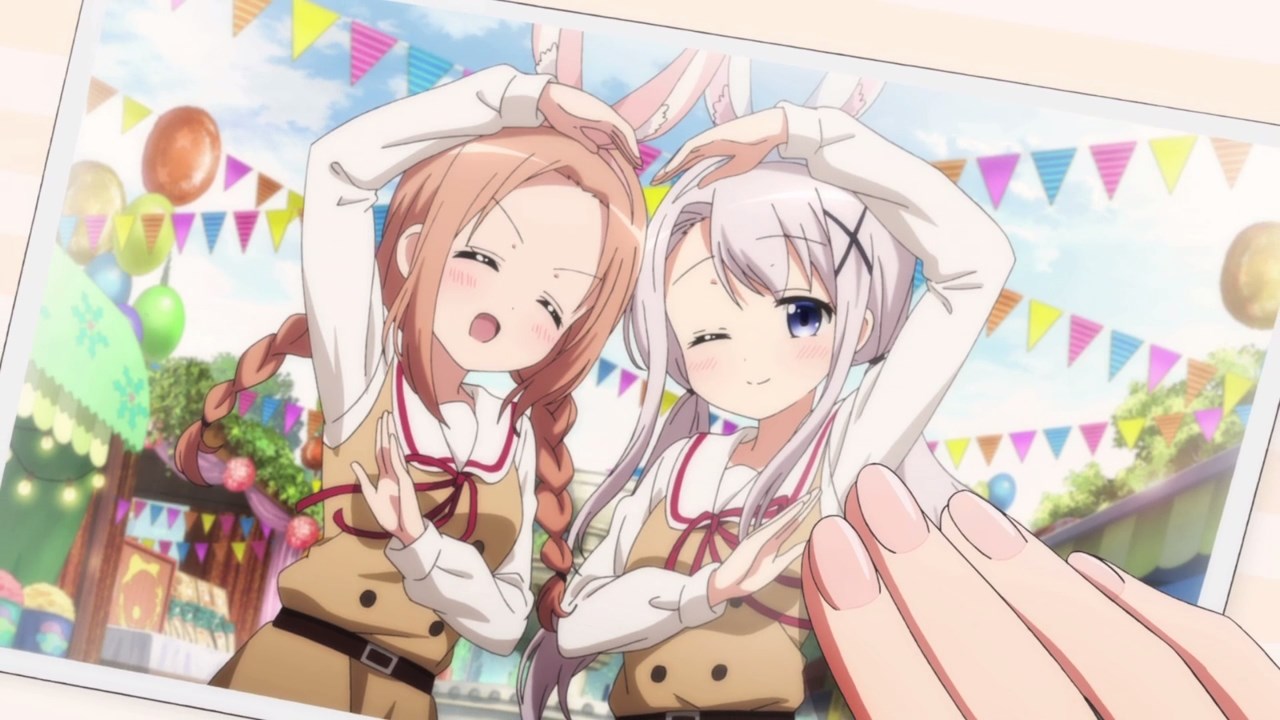 Oh and here’s the thing about Usagi-chan because she’s actually Saki, who happened to be Chino’s mother.

Yeah, they’re basically friends and I have to say that Cocoa and Chino are destined to be friends, although Chino-chan doesn’t want an annoying big sister like Cocoa-san. 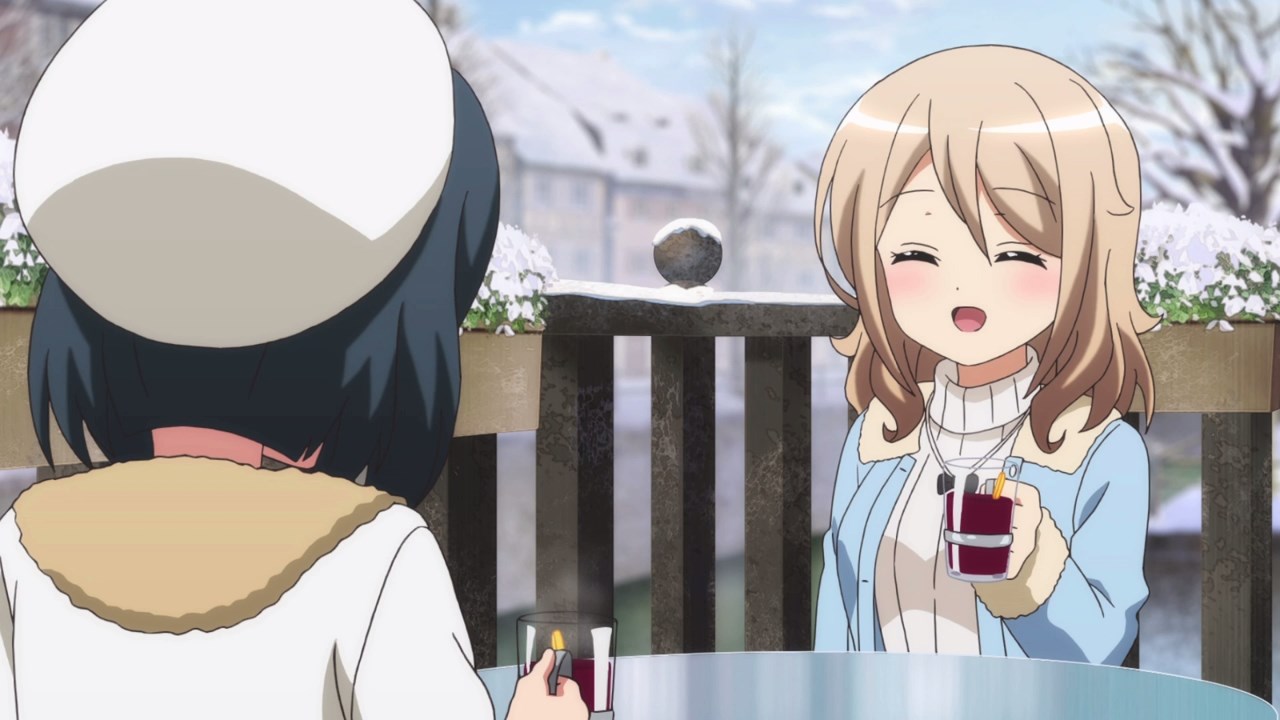 Meanwhile, here’s Midori “Blue Mountain” Aoyama where she’s enjoying her cup of hot fruit wine together with her editor. Gotta say that she’s chill as heck after making lots of novels. 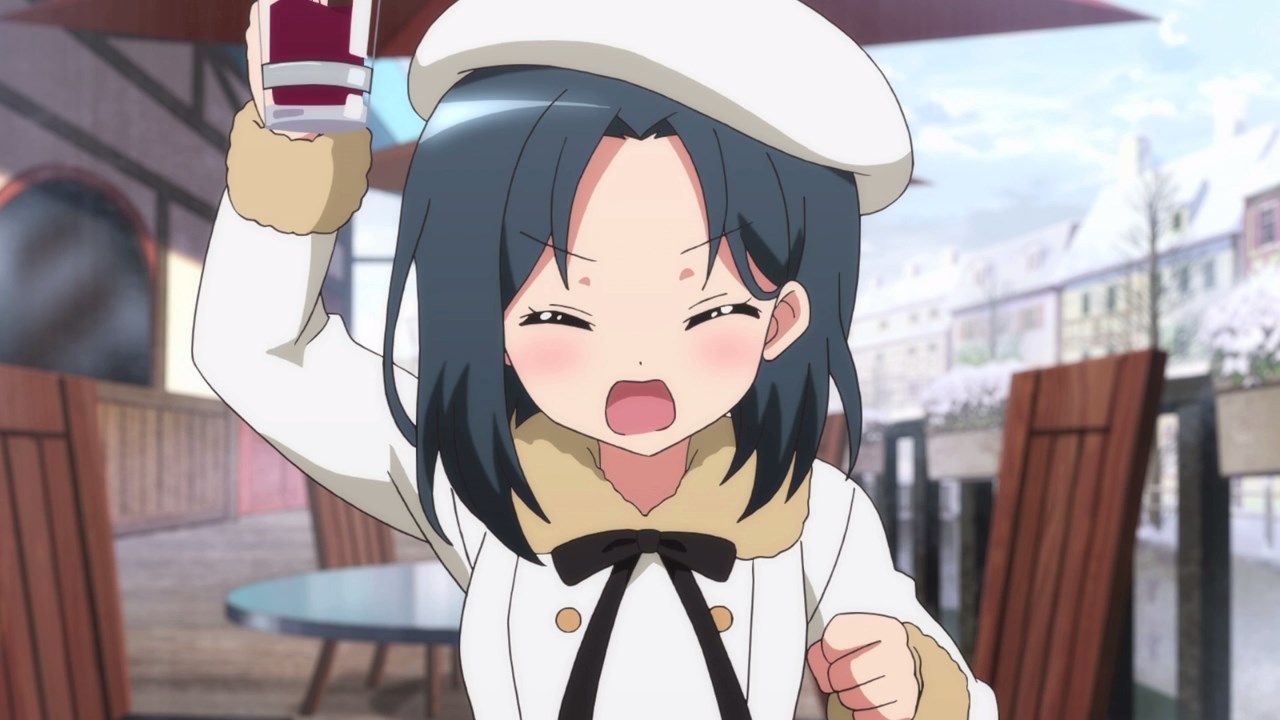 Of course, there’s Rin Mate where she’s still acting serious even after drinking hot fruit wine. With that said, I hope for their success in the future. 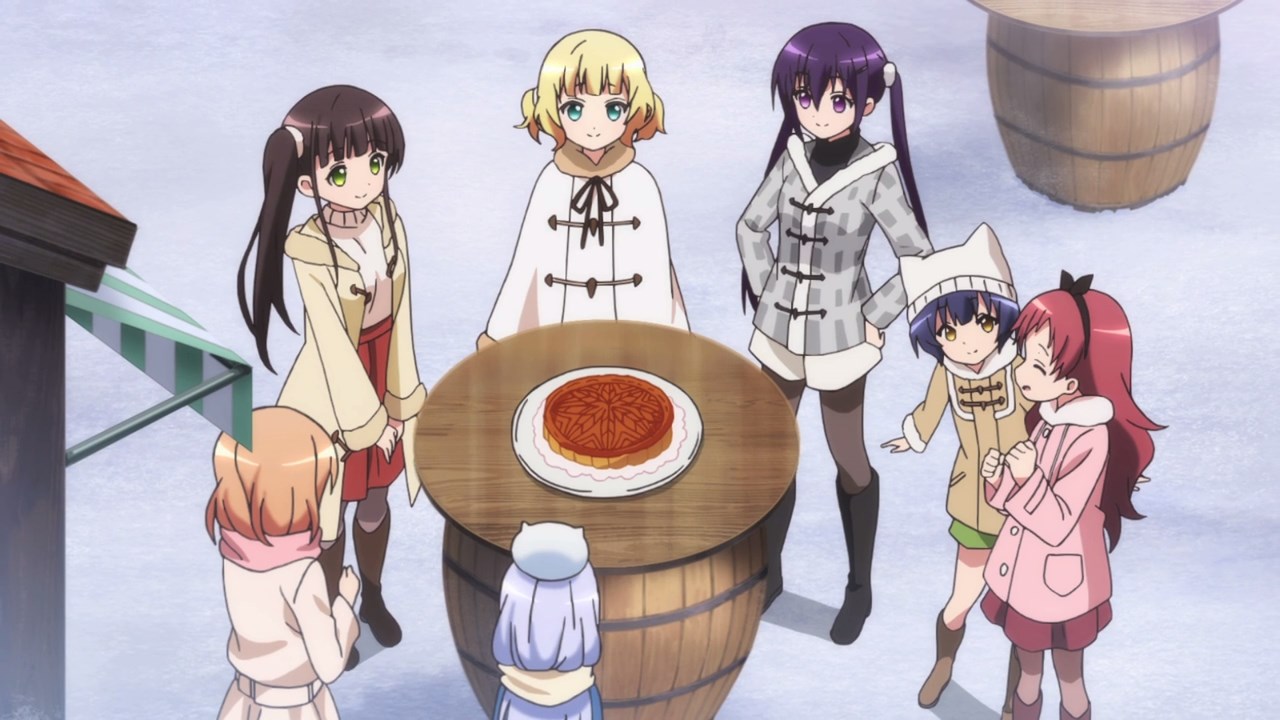 Now then, let’s move onto Cocoa Hoto and her friends as they’re gonna eat galette de rois which is said that it contains a ring that would give command to everyone.

Then again, putting a ring inside a cake is ridiculous and somewhat dangerous as someone who get choked upon swallowing the ring. 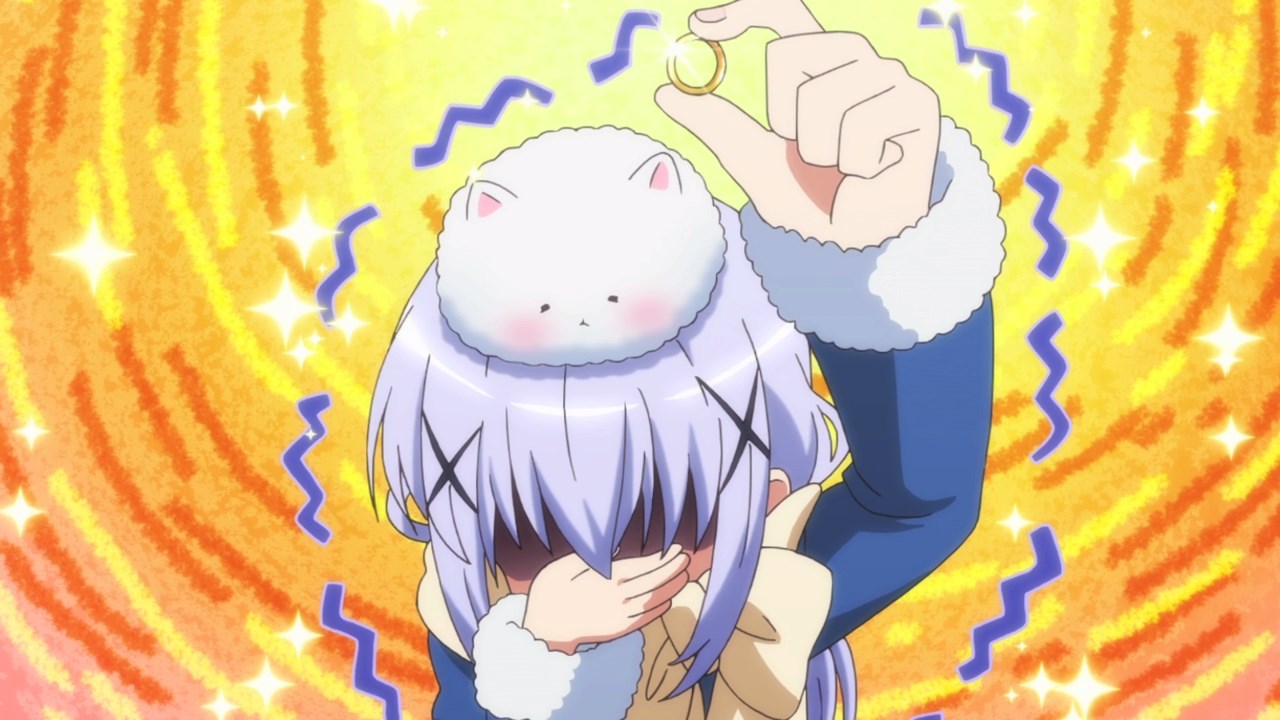 Anyways, looks like someone managed to eat the ring, but not swallow it fortunately as Chino Kafuu is the one who got it. We’ll know what order she’ll give to her friends later. 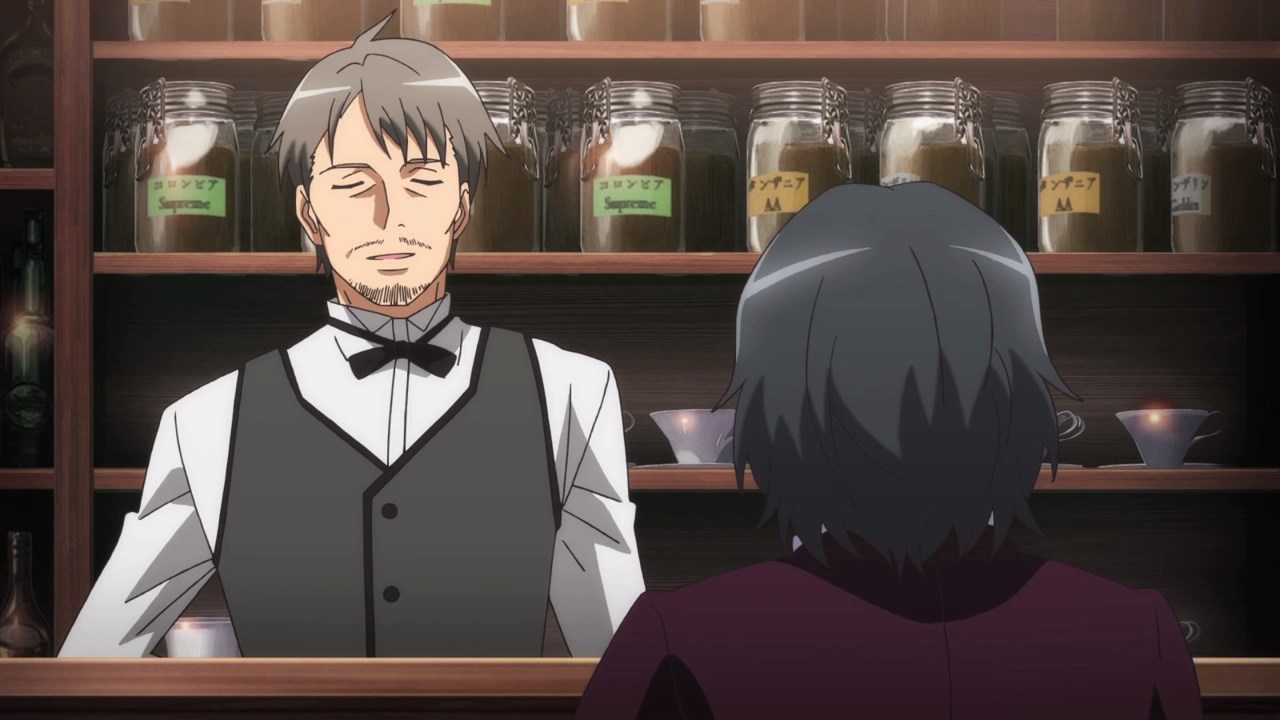 Moving back to Rabbit House where Takahiro-san is having a chat with his wartime buddy. Of course, they get serious when it comes to blowdarts. 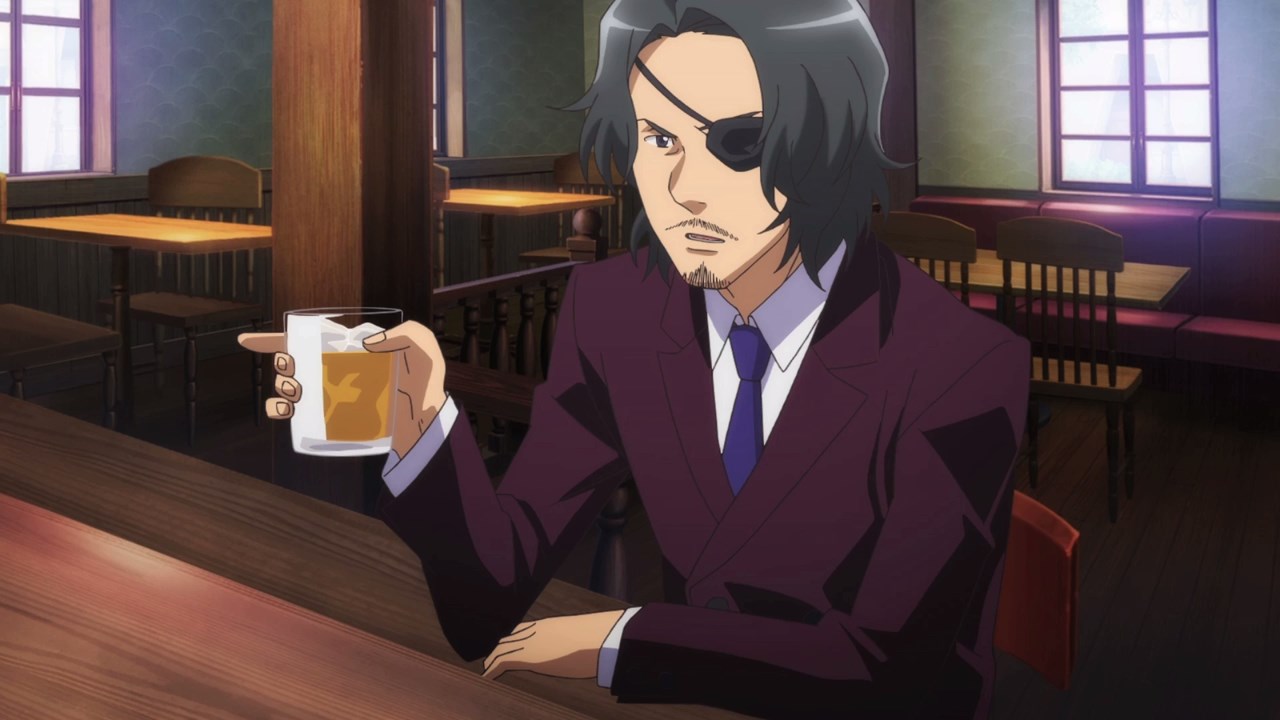 Speaking of Rize’s father, he’s getting a bit more honest towards his daughter but he should worry about Rize-san leaving the mansion and rent an apartment on her own. C’mon, she’s gonna be a college kid soon. 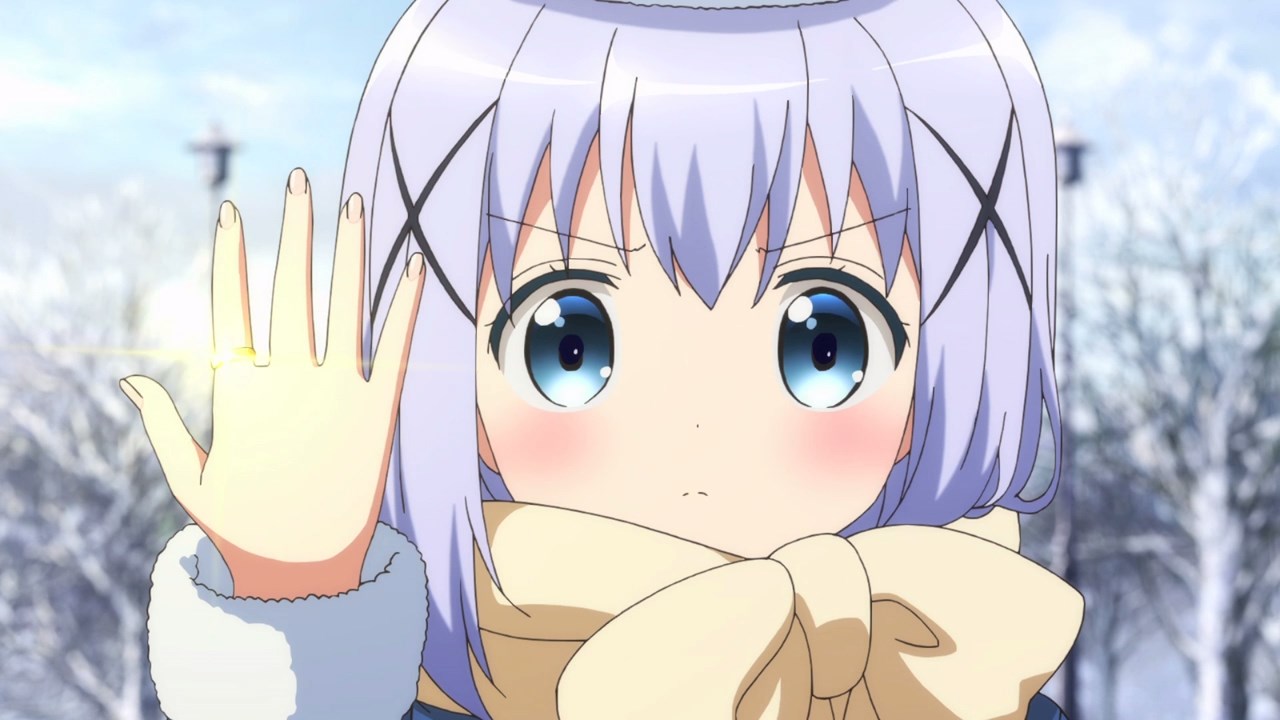 Now then, it’s time for Chino-chan to give her first order to her friends in which she wants everyone to join her on a graduation trip somewhere far away.

Well, not that far ’cause I fear that Chino and her friends might end up staying at an uninhabited island. 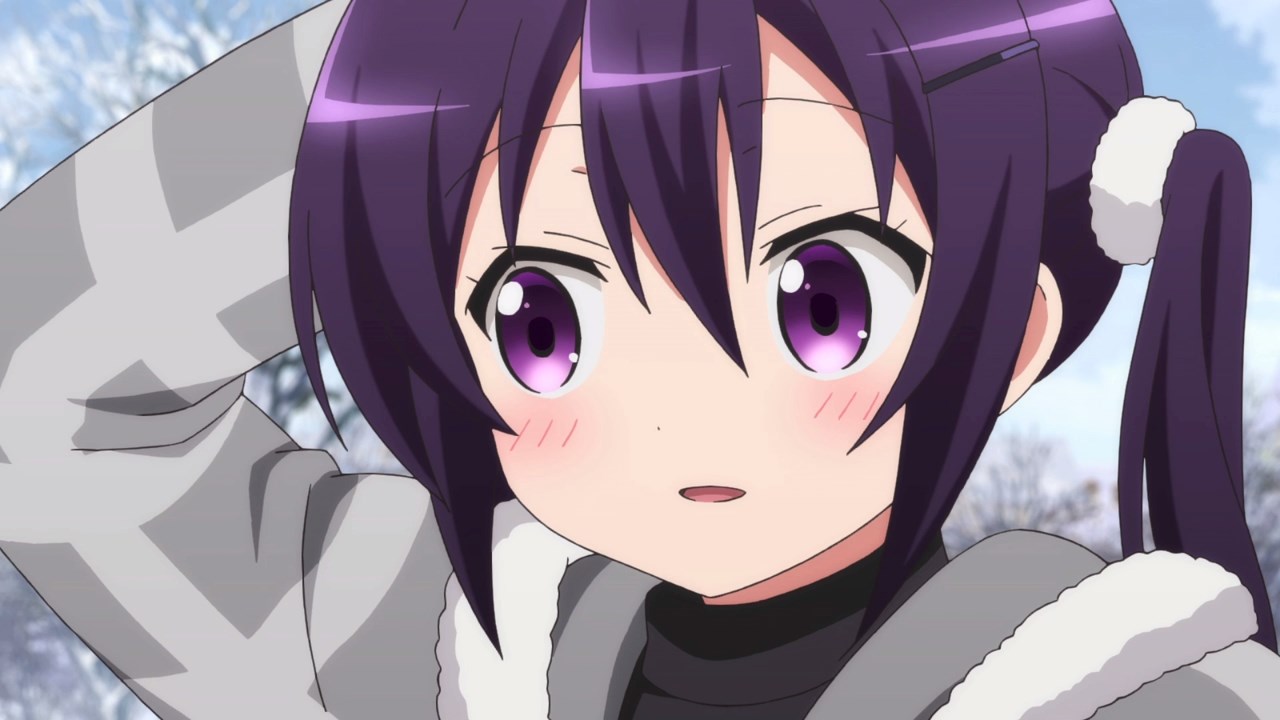 Oh yeah and one more thing, Rize Tedeza plans to go on a trip too, albeit by herself, as she managed to pass the entrance exam at a prestigious college. Congratulations, Rize-san! 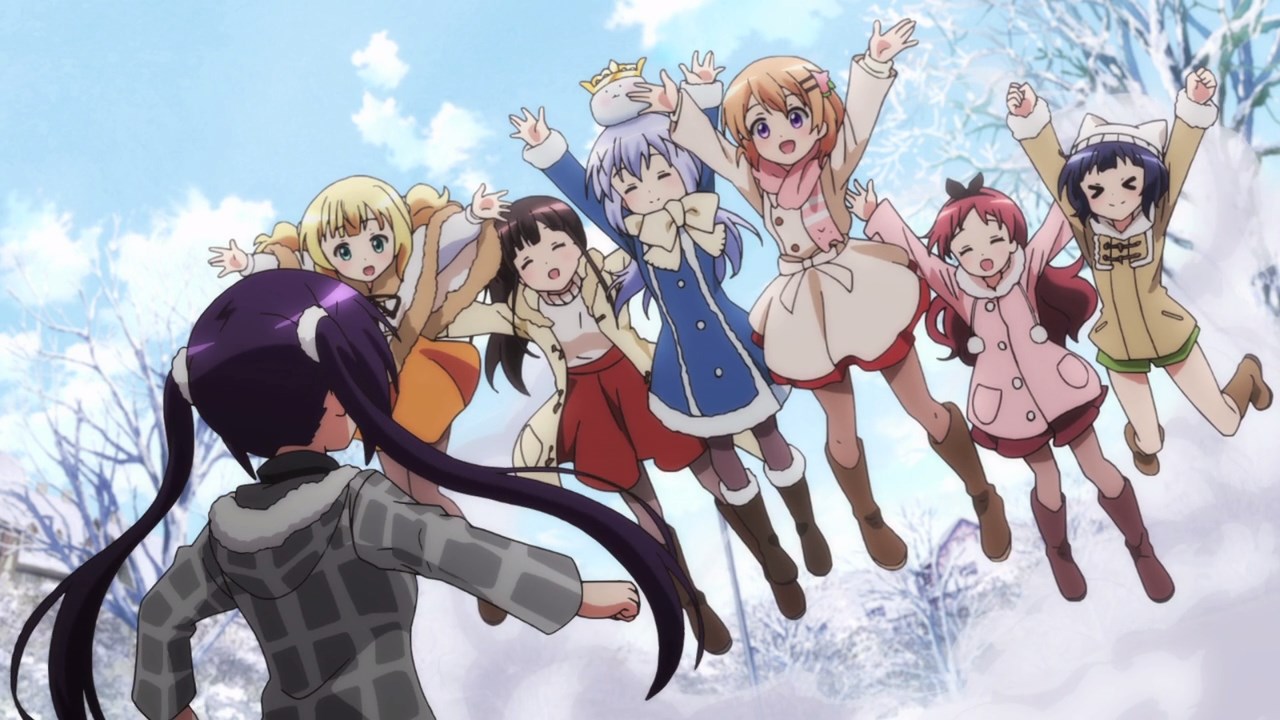 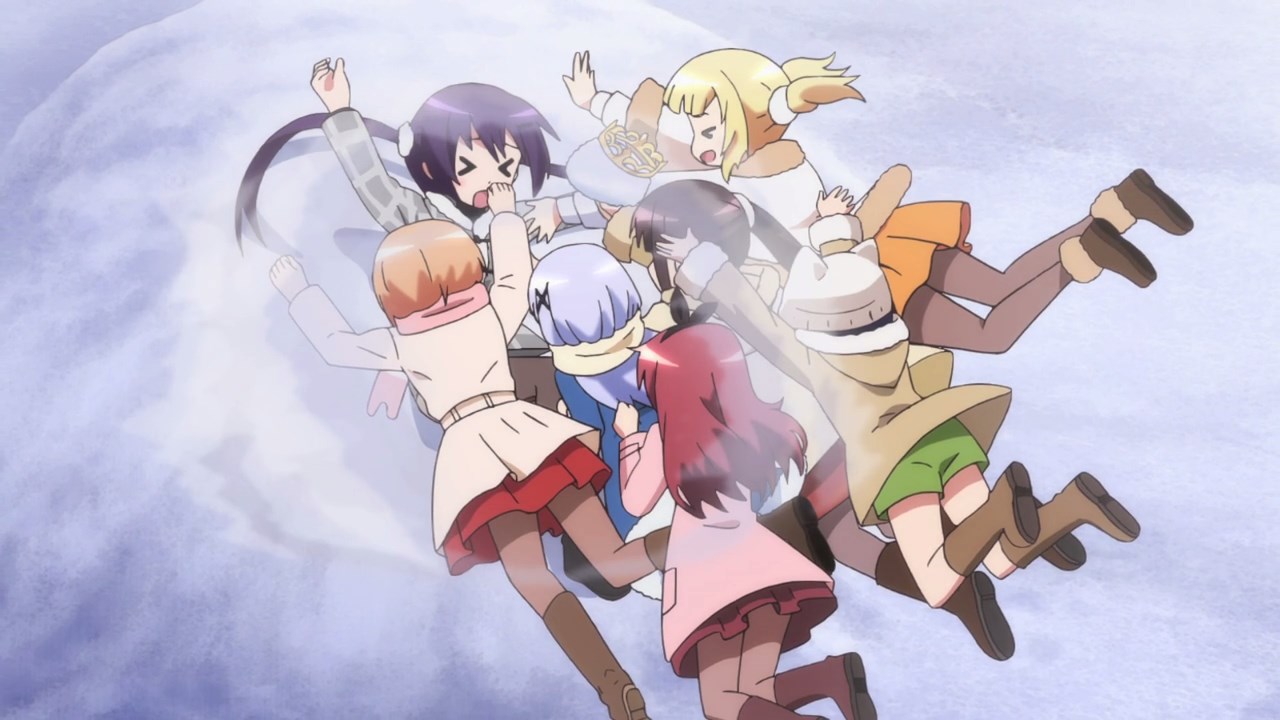 And that concludes the 3rd season of GochiUsa as I’ve enjoyed watching it, although I feel that some of the supporting characters like Cocoa and Chiya’s classmates needs more exposure. In any case, it’s time to say goodbye to Chino-chan and her friends once again as I’m hoping that there will be more in the future.