Posted on January 1, 2021 by benigmatica 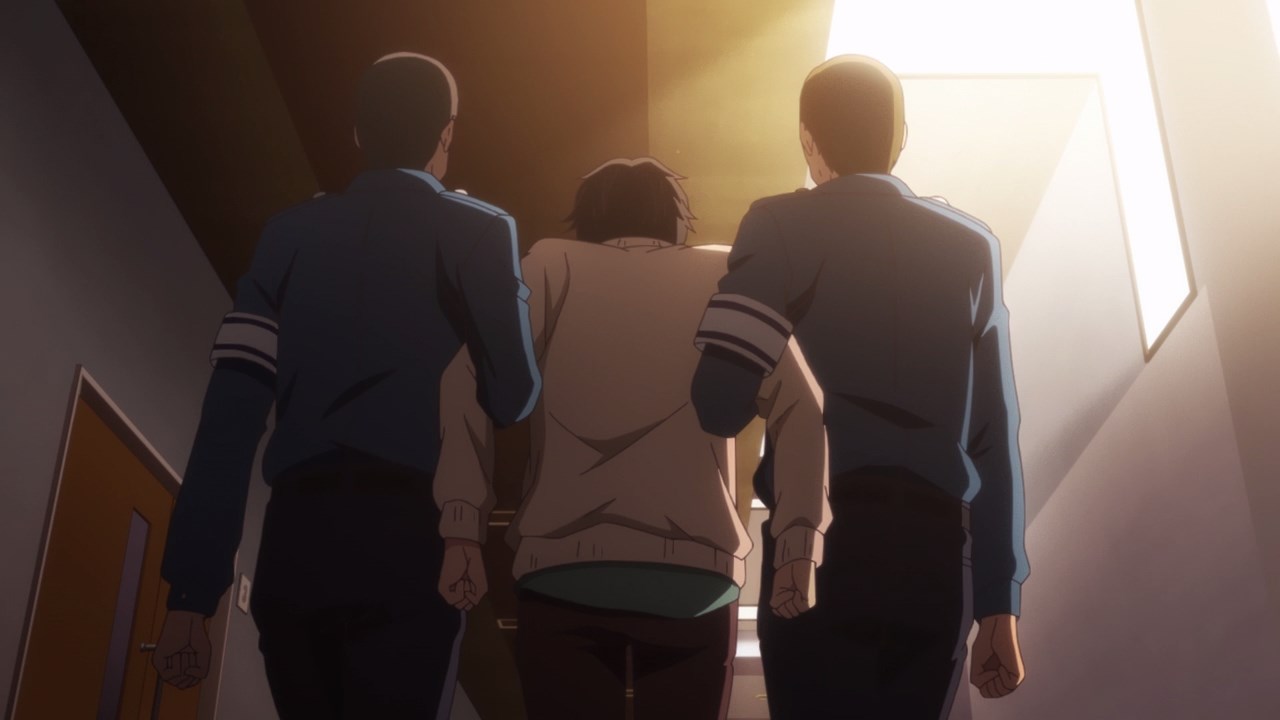 Well everyone, looks like the guards have finally caught Youta Narukami and really, he failed to take Hina Sato after he’s starting to connect with her. What a cruel way to start this final episode! 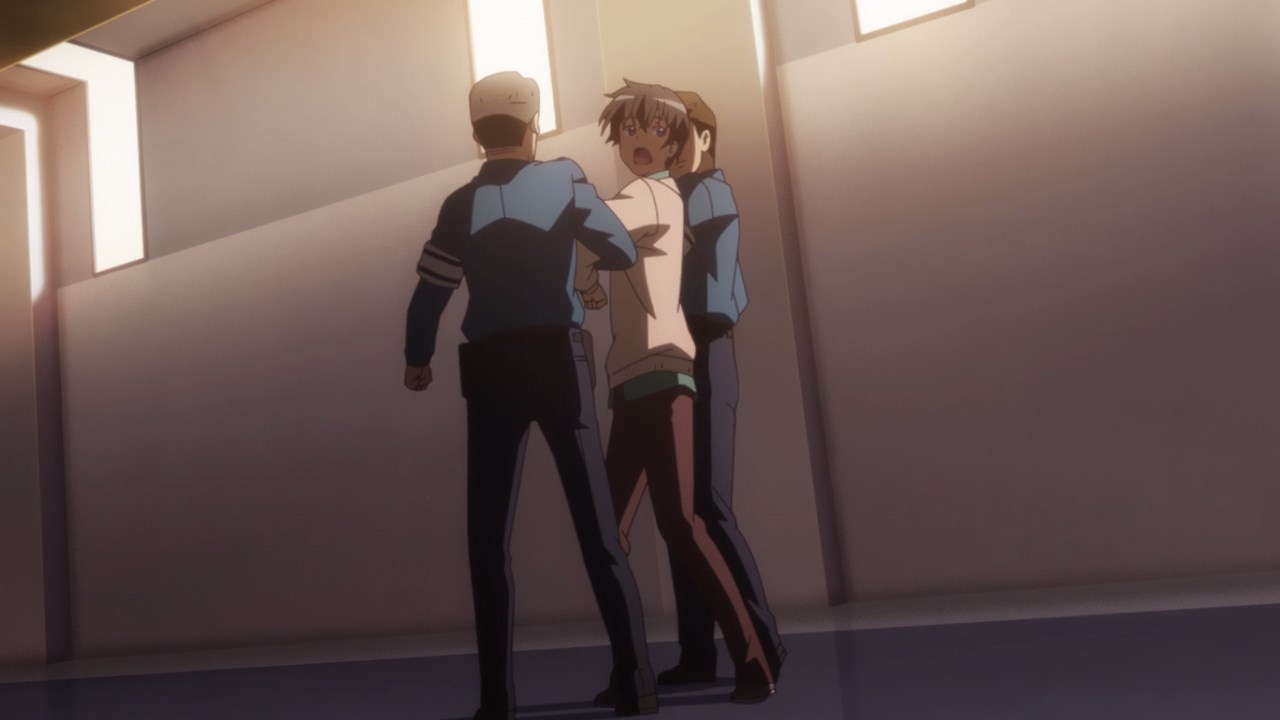 Anyways, Youta tries to call Hina-chan out as he wants to see her again, but the guards won’t let him do that as they try to take him outside. 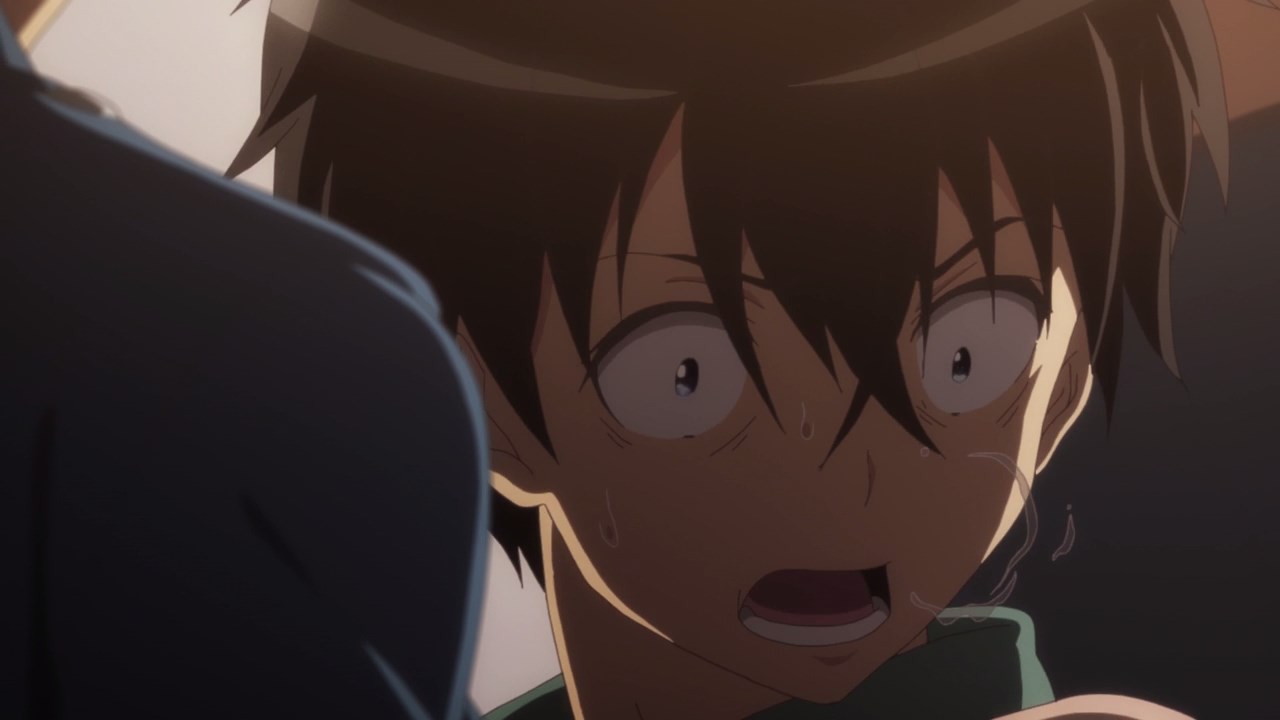 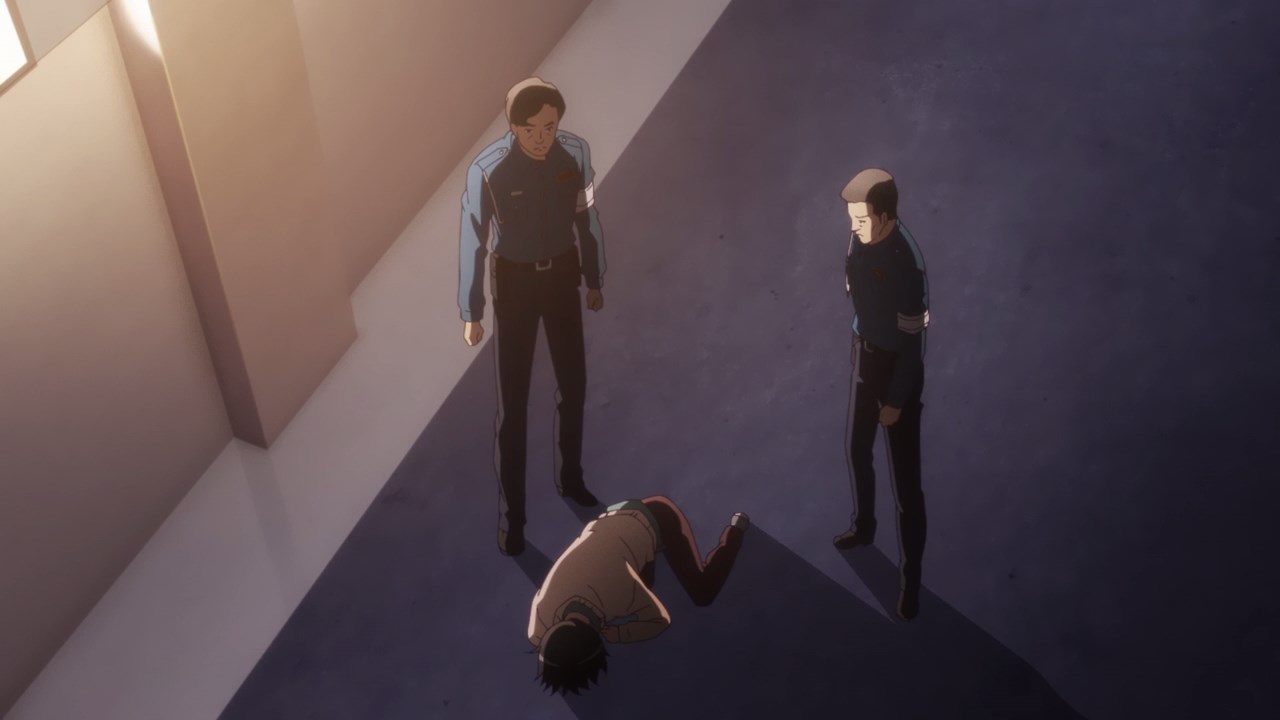 At worse, they punch Youta Narukami in the gut to shut him up. Man, I don’t like this at all as Youta wants to take Hina-chan to the outside world!

On the other hand, it turns out that Shiba-san and her staff is planning to take her to the United States where it has better medical facilities. Unfortunately, that’s even worse than death where Hina Sato is isolated forever there. 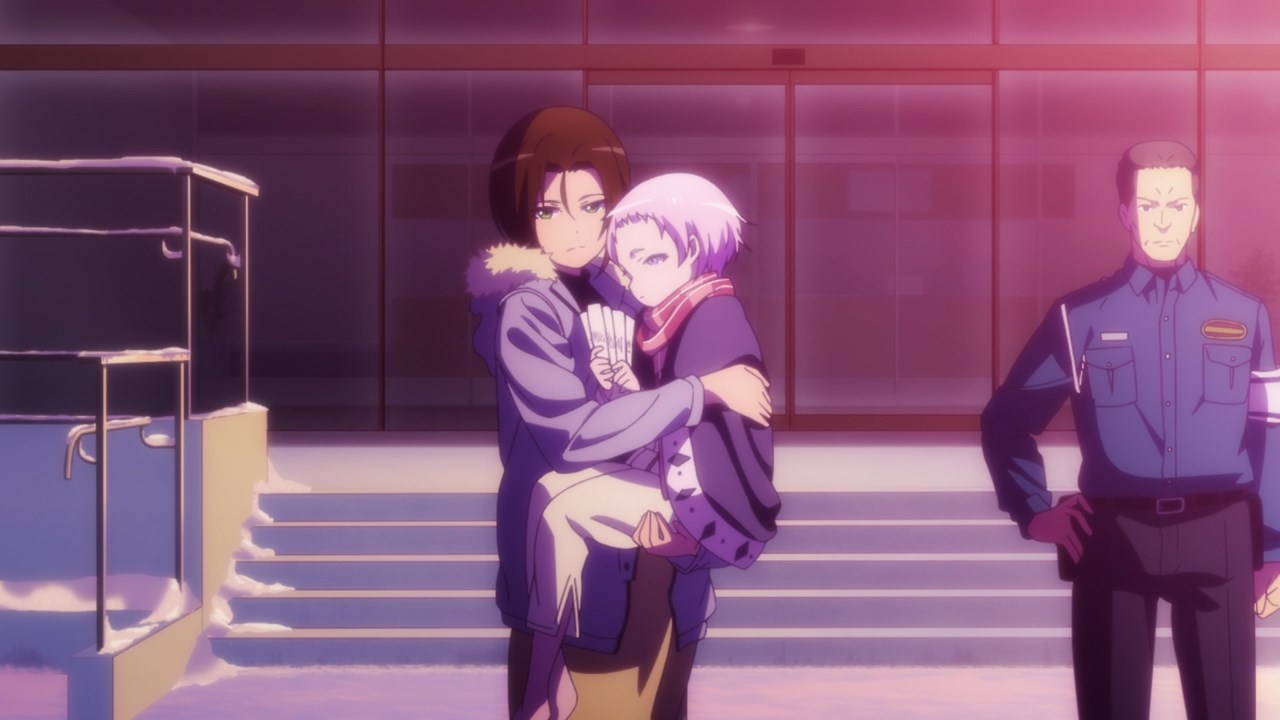 In any case, here’s Hina Sato where she’s being carried by Shiba-san as she looks at Youta from a distance. 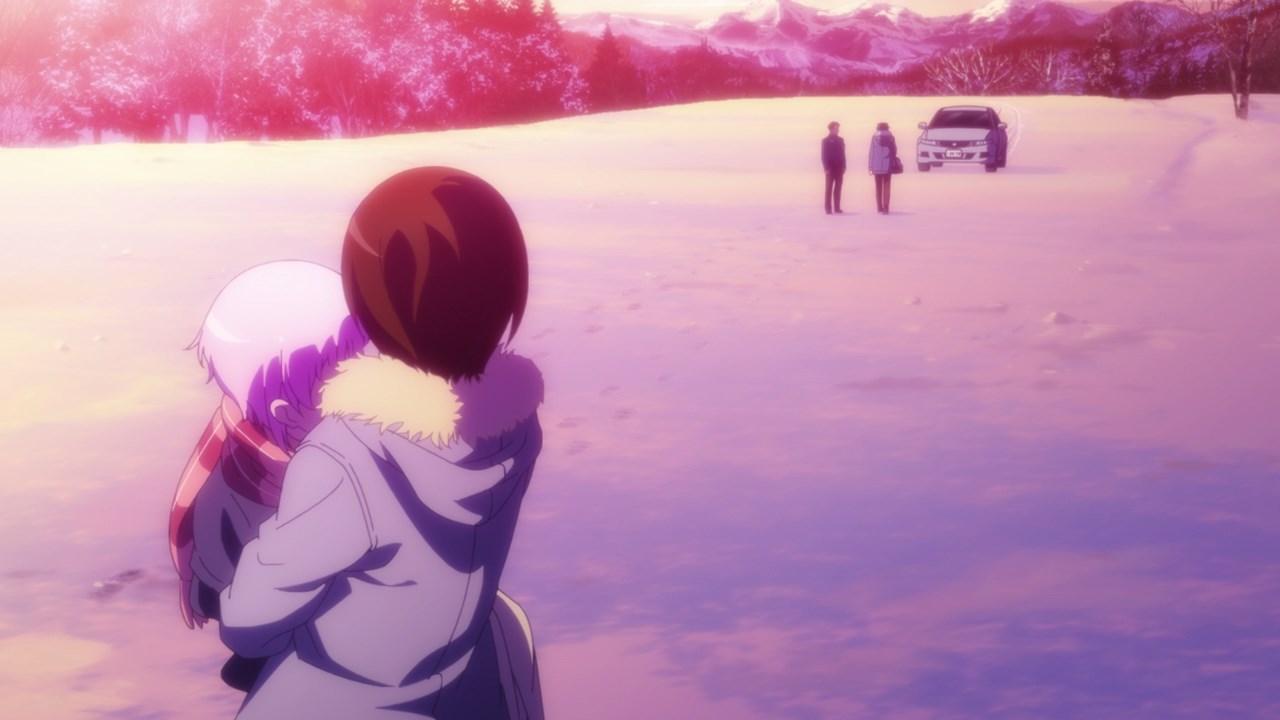 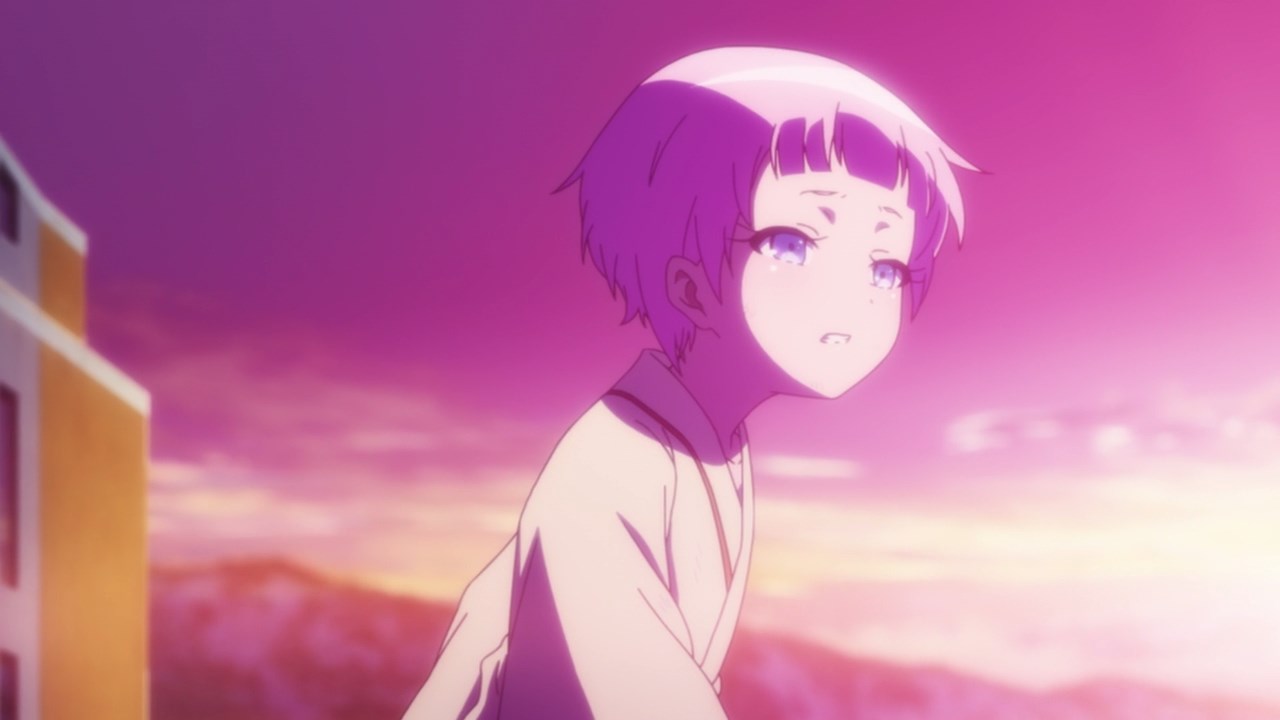 That’s until Hina-chan decided to break free from Shiba’s clutches and chase Youta-kun, although she can barely walk due to her weak muscles. 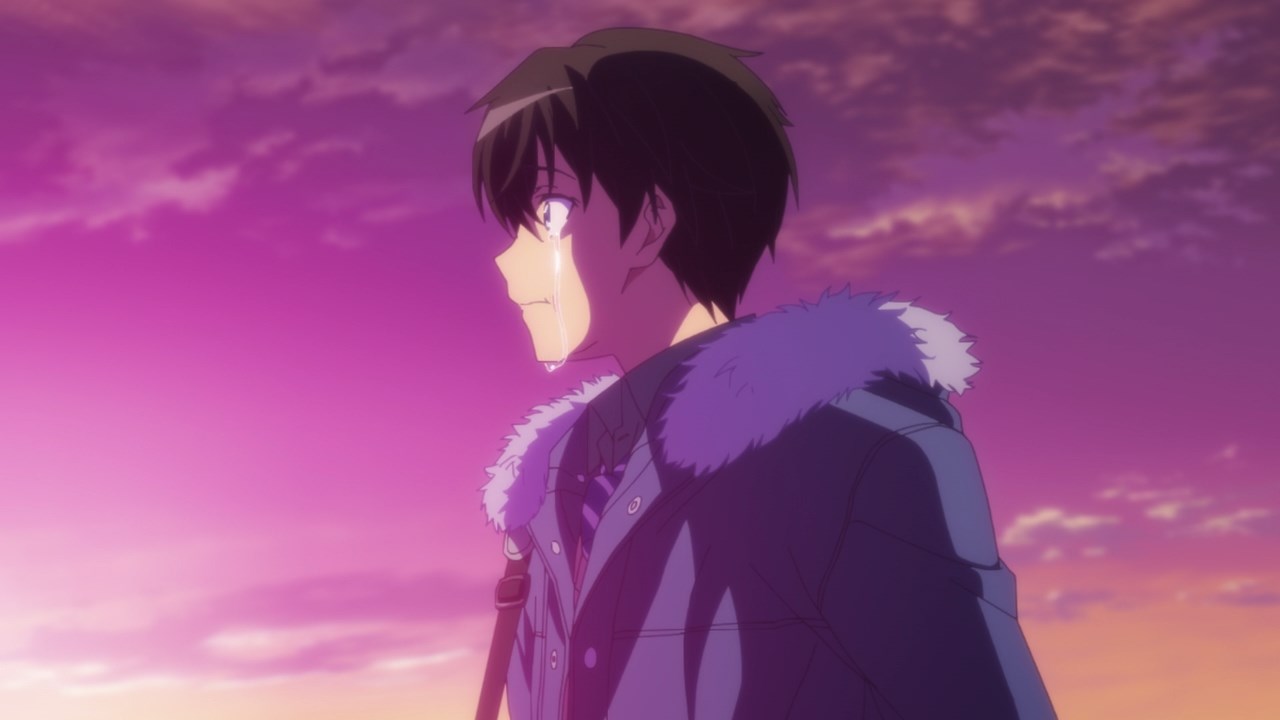 As for Youta Narukami, he can’t believe that Hina-chan wants to see him again. It seems that she still remembers Youta-kun along with his friends and family, which is a good thing to be honest. 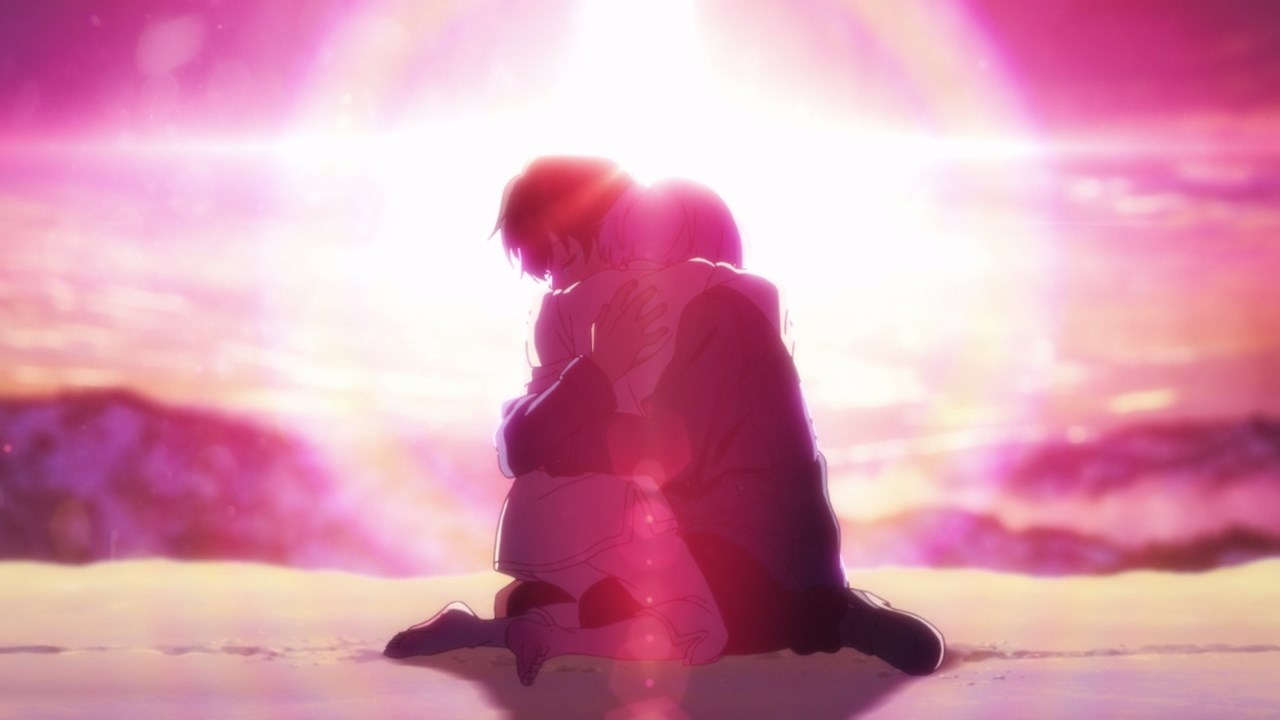 Anyways, looks like Youta Narukami has accomplished his mission where he’ll take Hina Sato home after being separated for a long time. 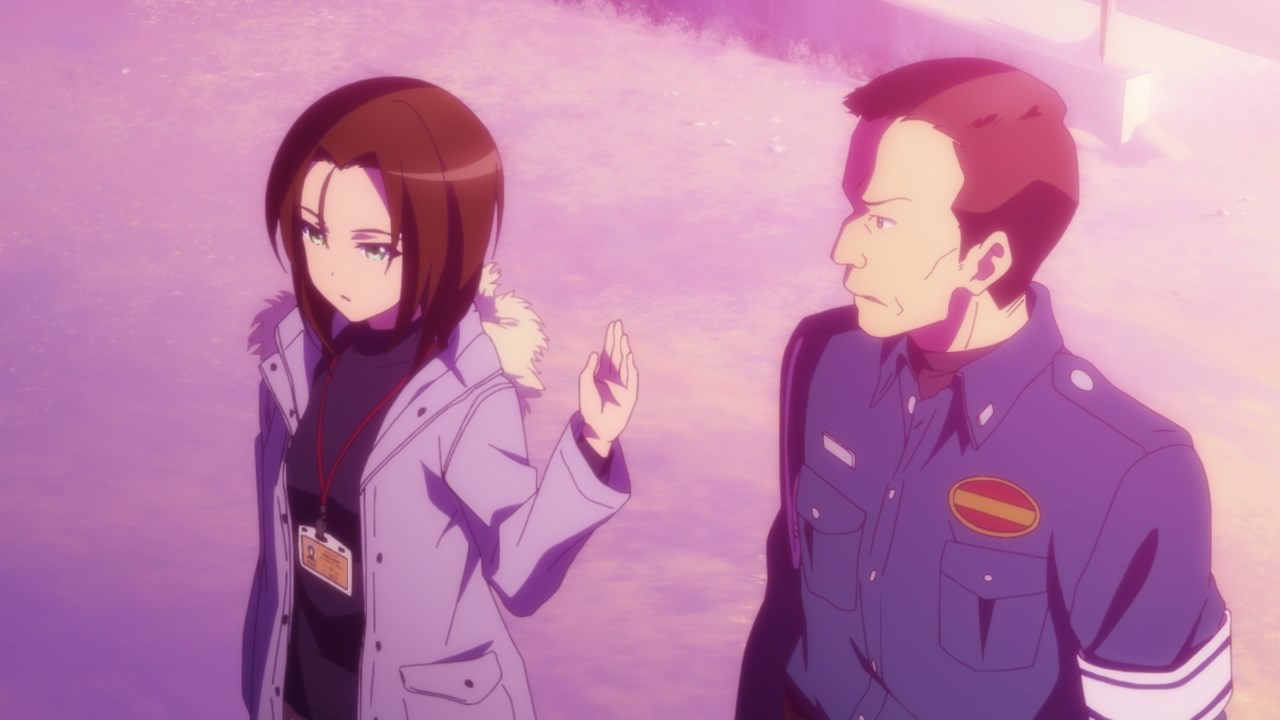 But as for Shiba-san however, she decides to let Hina Sato go because it’s for the best to have someone take care of her.

You know something, I feel that the corporation might sack Shiba-san for letting one patient escape the facility. 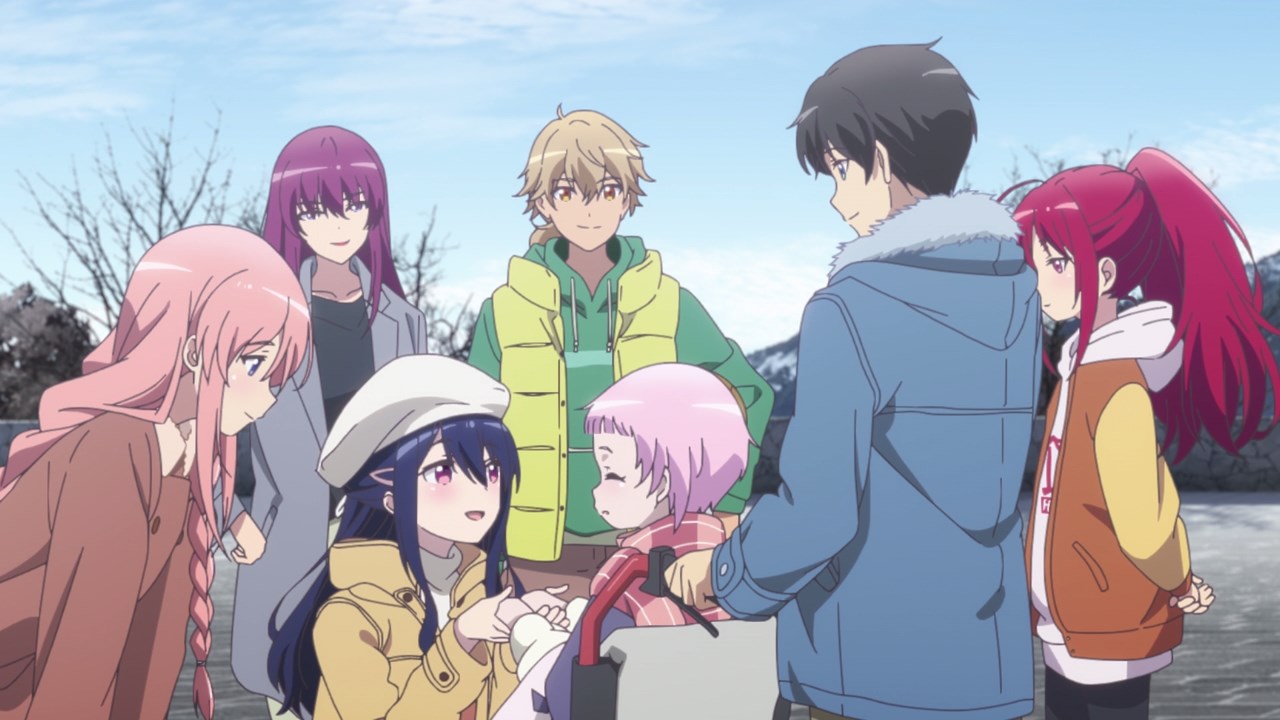 Now it’s time for the epilogue where Hina Sato is spending her time with Youta’s friends and family despite having Logos Syndrome.

Sure that the quantum computer alleviate her muscle atrophy but without it, Hina can barely move at all. 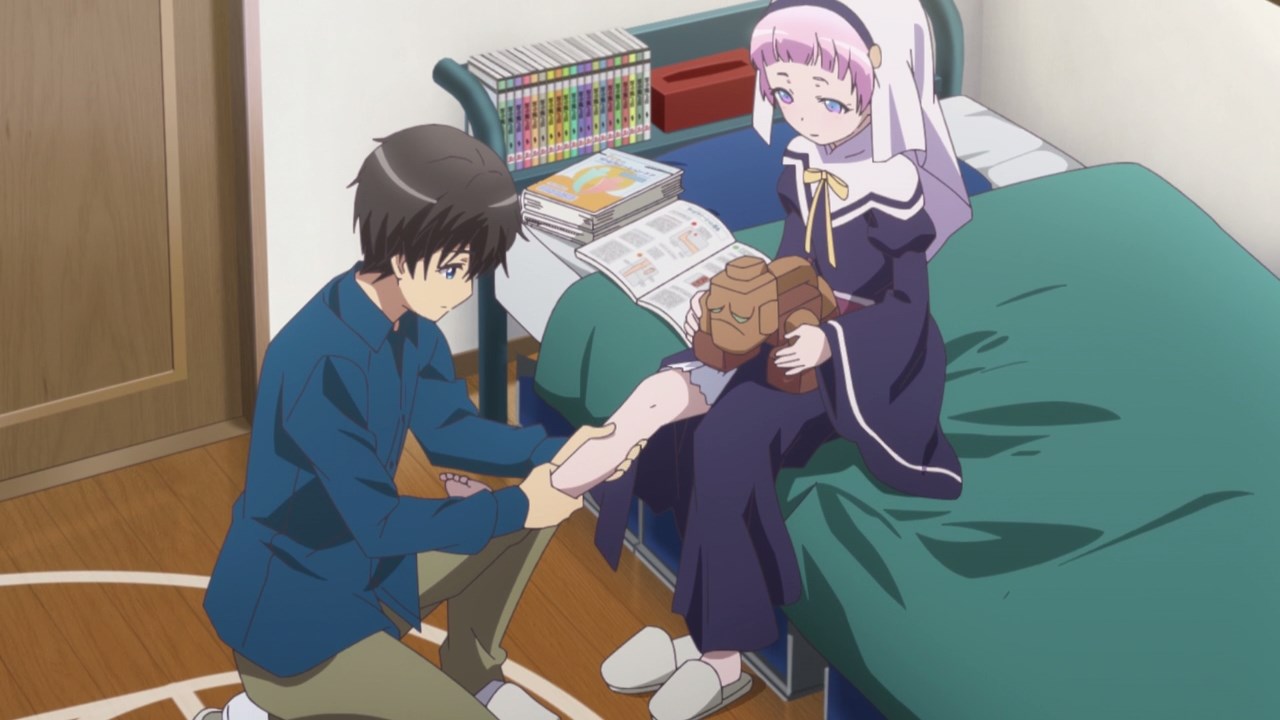 That’s until Youta Narukami decides to study medicine in hopes of finding a cure to the Logos Syndrome.

While it’s nice that he found a goal thanks to Hina-chan, I fear that the mysterious corporation might steal his research as they’re scared that humanity might not handle Youta’s breakthrough cure much like Dr. Shuichiro Korogi’s quantum computer. 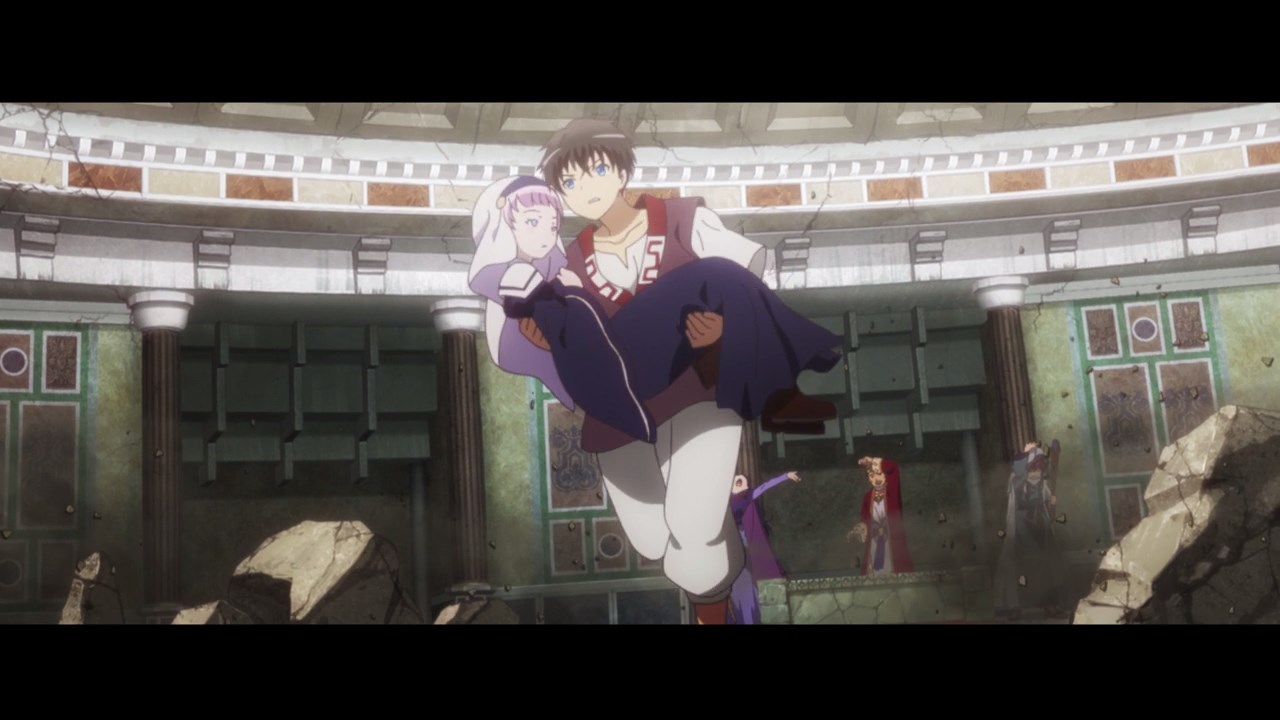 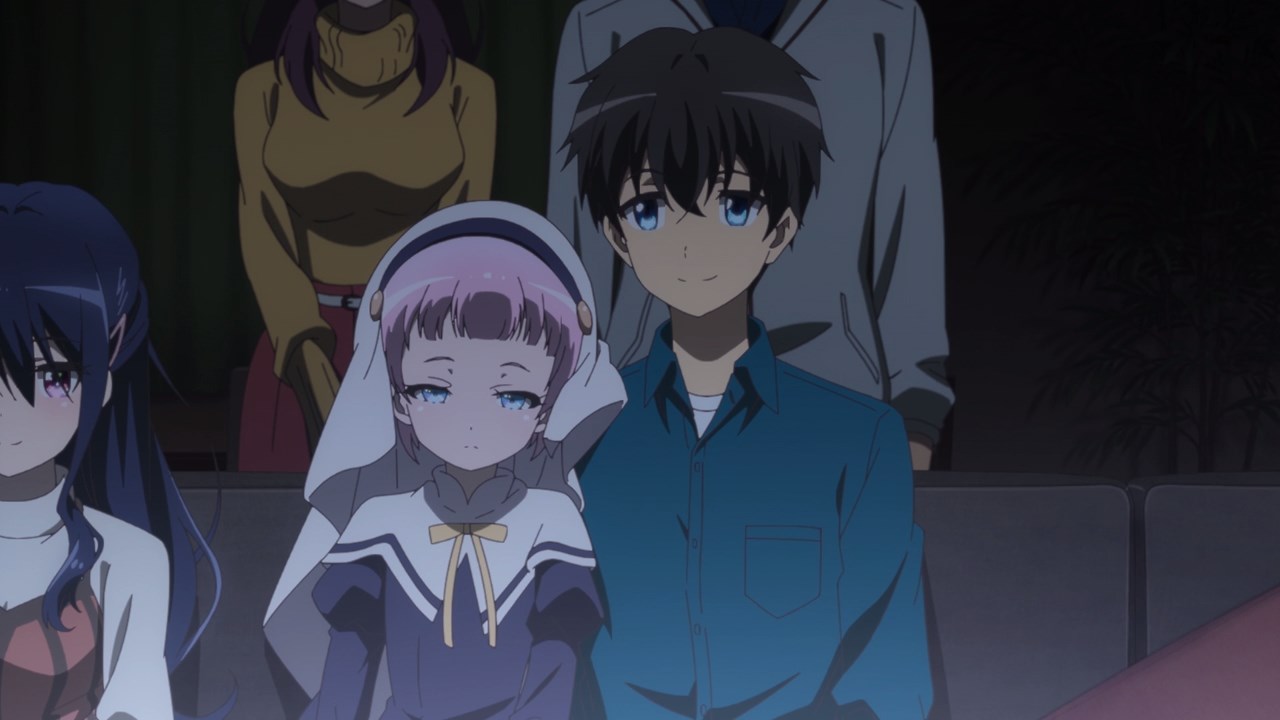 One last thing, it appears that Sora Narukami managed to finish the short film where it’s somewhat a fictionalized version of Youta’s trials and tribulations upon meeting Hina-chan.

And really, I’m happy that there’s actually a happy ending for this show, although I won’t forgive the mysterious corporation for taking the quantum computer away from Hina Sato’s brain. Hell, I would rage even more if they accidentally kill Hina-chan upon taking out the quantum computer. 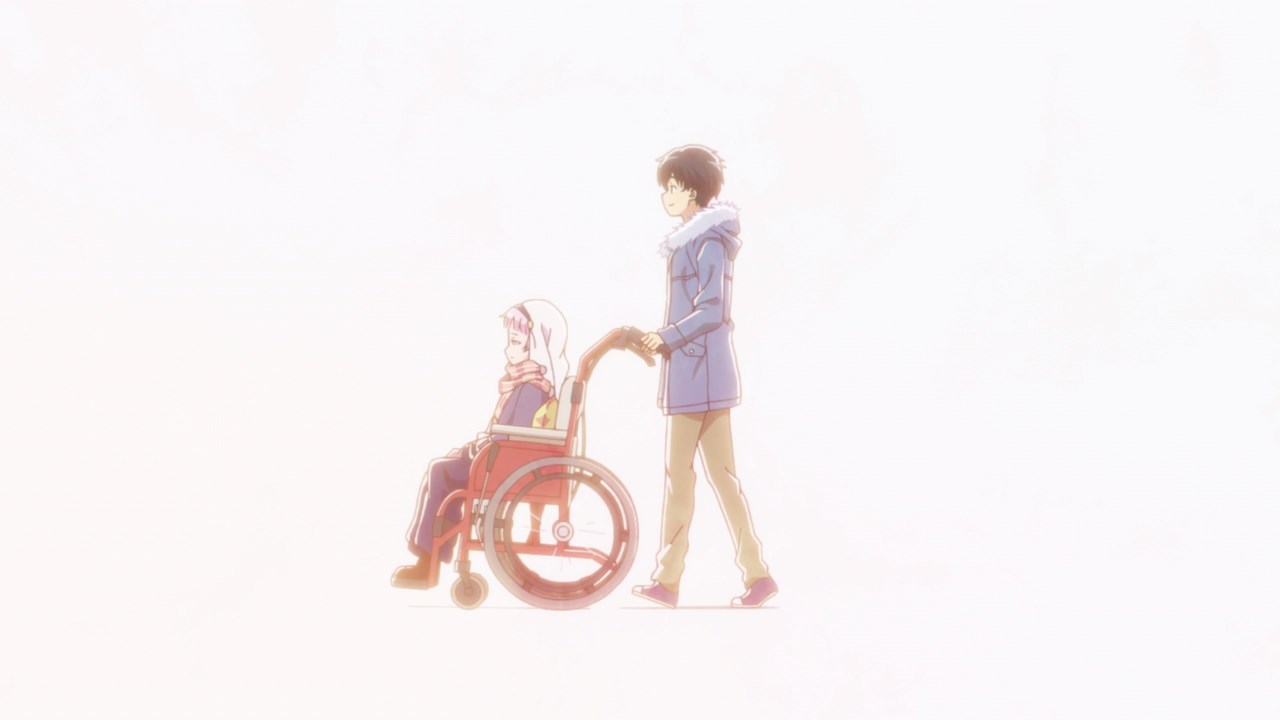 But that’s about it for Kamisama ni Natta Hi where it was an emotional roller-coaster ride as expected from Jun Maeda and P.A.Works. While it was a nice ending, I feel that there are a few questions left unanswered like what happened to Hiroto Suzuki and the mysterious company who already got Dr. Korogi’s research. I guess we’ll never know.

With that said, while I feel that this show is better than Charlotte, it still can’t hold a candle against Angel Beats! You know what, Kamisama ni Natta Hi is a great show in its own way and P.A.Works did a great job on making it. Now then, I guess I’ll have to wait 5-6 years for Jun Maeda and the animation studio to make a new show.