Posted on January 2, 2021 by benigmatica 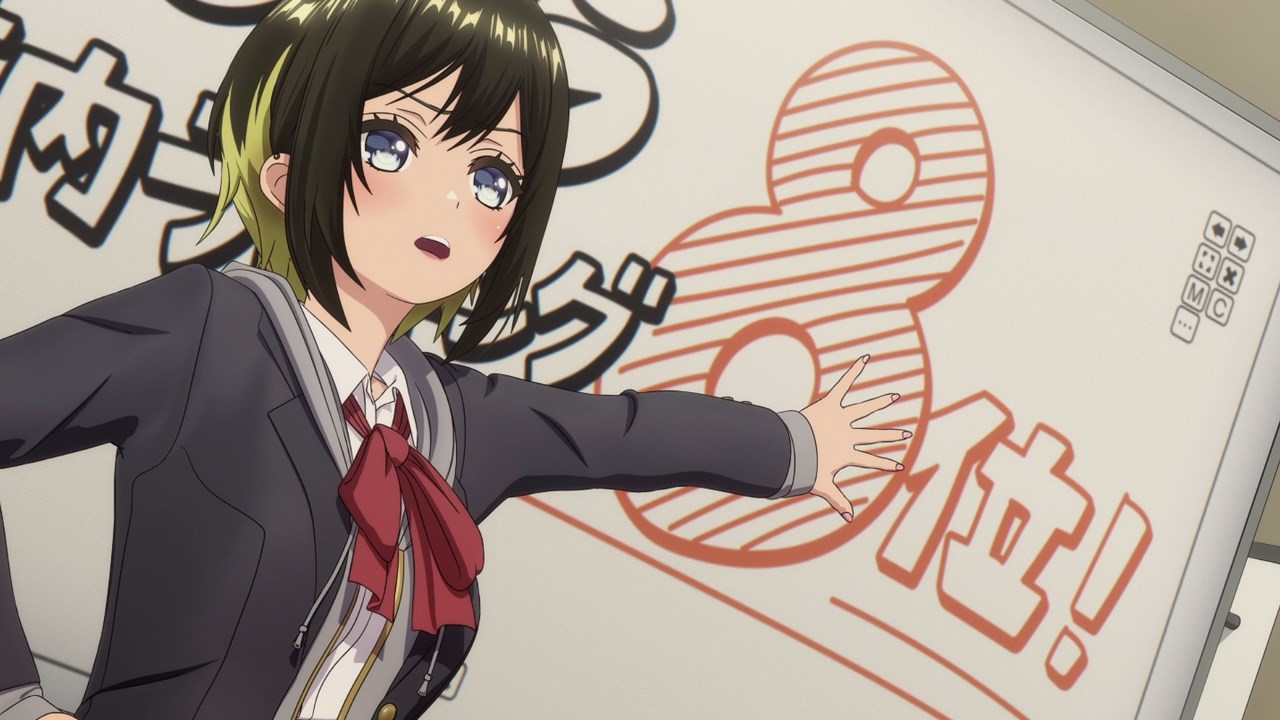 It’s time for some good news and bad news on this latest episode of D4DJ First Mix, which is aired on January 1, 2021.

Let’s start with the good news first as Maho Akashi told everyone that Happy Around is qualified at 8th place for the Yoba Festival Sunset Stage. That’s nice for a newcomer DJ unit. 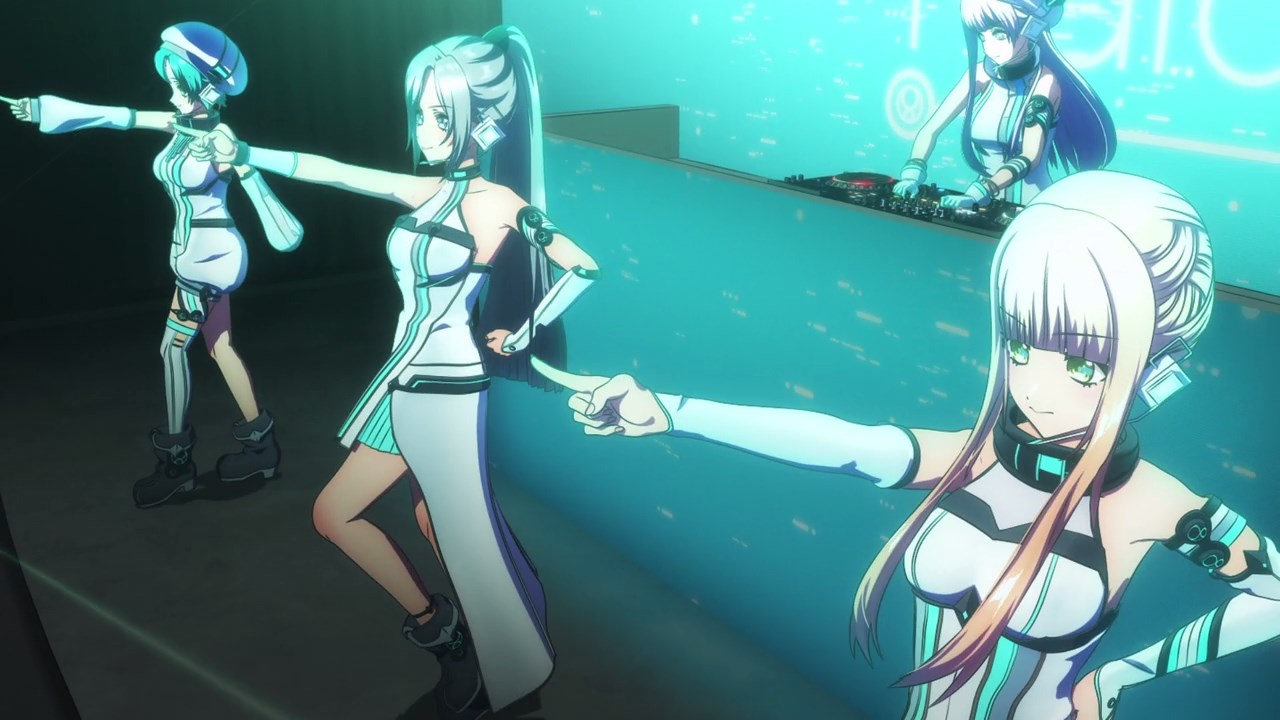 Well, it’s time for the bad news as Photon Maiden is also qualified at 8th place, meaning that the two DJ units will have a face-off to see who’s in for the Sunset Stage.

Speaking of Photon Maiden, here they are as this cool DJ unit is performing “Here’s the Light” and really, their music is banging good that they might become contenders against Peaky P-key. 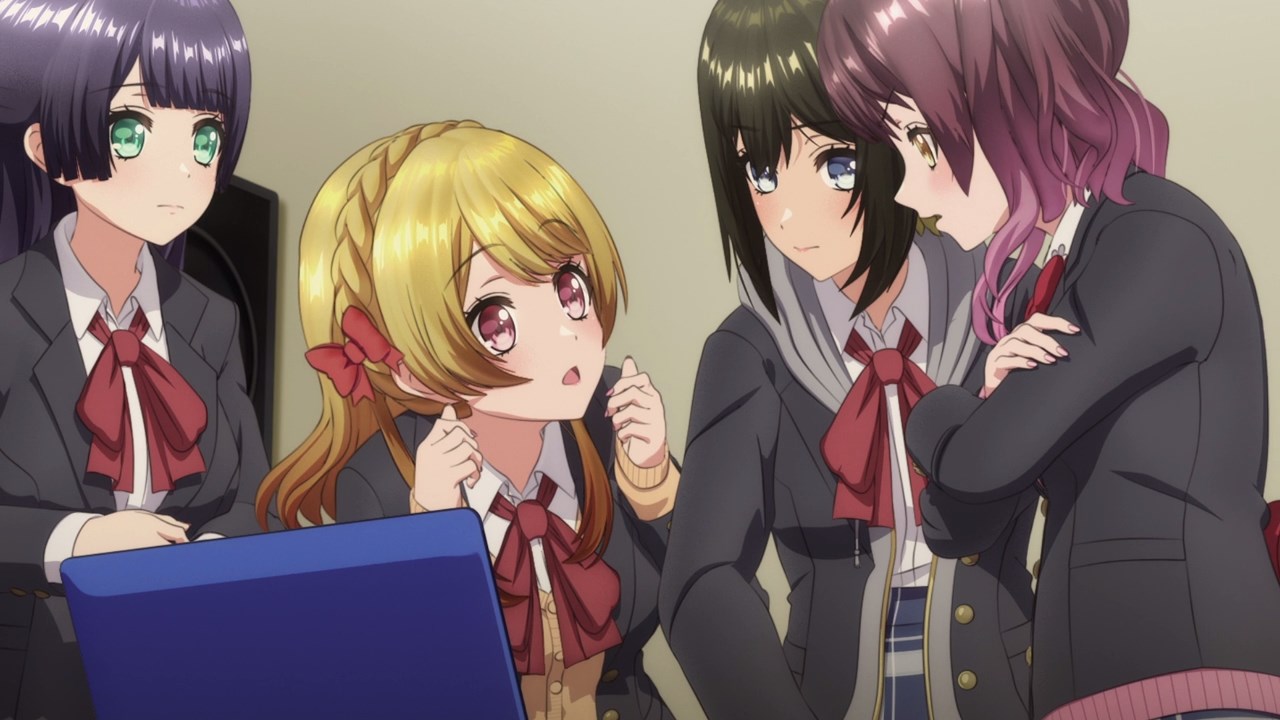 Of course, Muni Ohnaruto told them that Happy Around doesn’t stand a chance against these DJ unit unless they got better.

Man, it’s funny that Maho Akashi submitted a song for Photon Maiden, only to be rejected because it’s not good enough. Now, Maho and the rest of Happy Around are gonna face them. 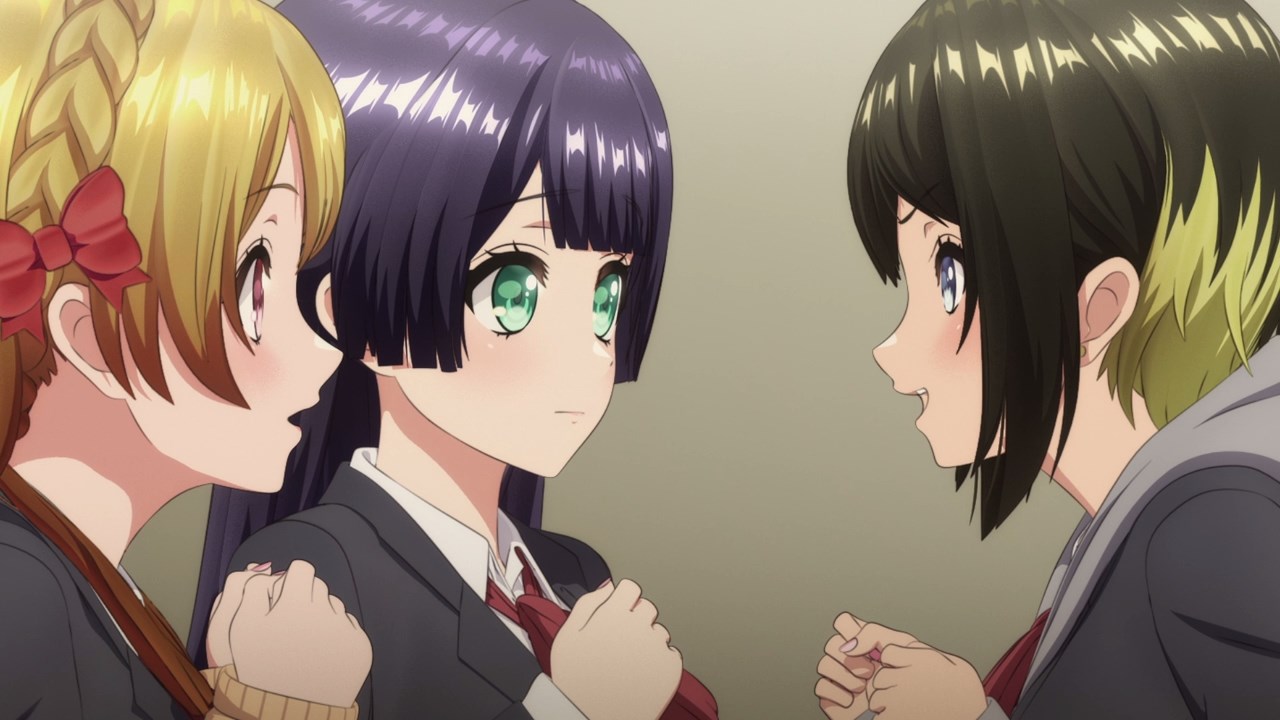 In any case, Maho Akashi asked Rei Togetsu to make a song that’ll be a great entry against the likes of Photon Maiden or even Peaky P-key. Oh boy, I hope Rei won’t get pressured on composing a song. 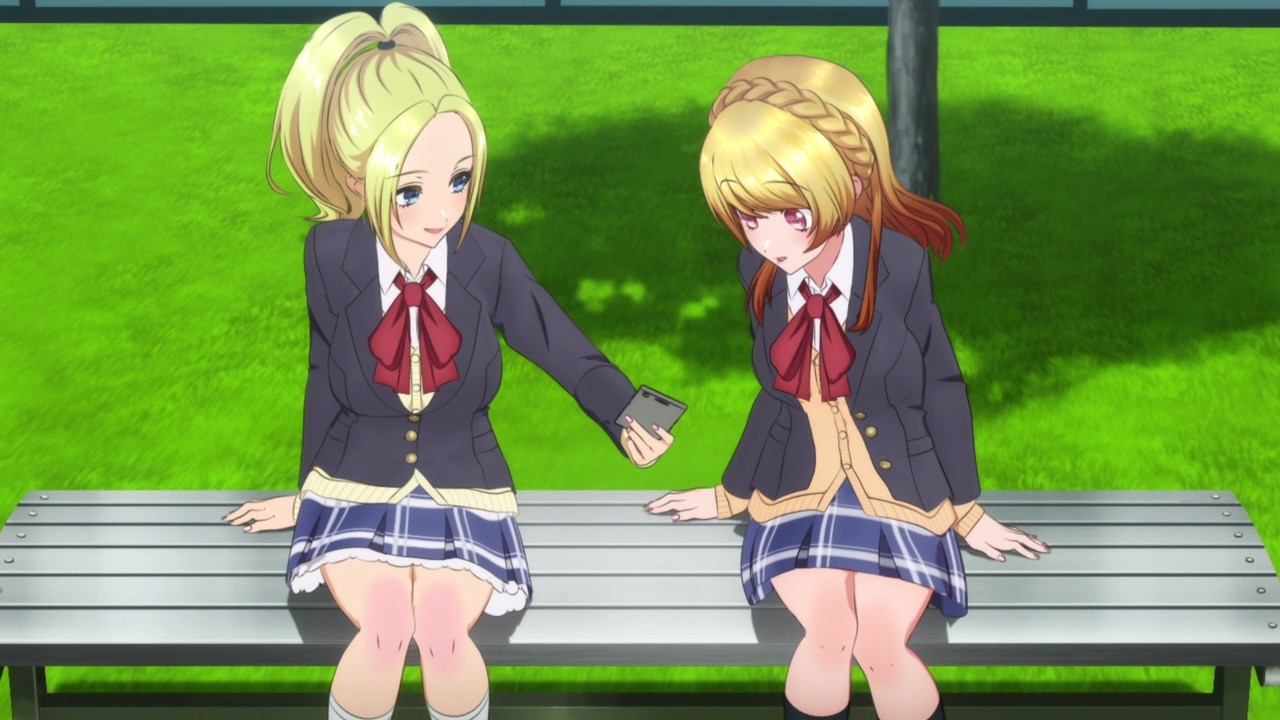 Meanwhile, here’s Jennifer Yuka Sasago where she wants to show some pictures to Rinku Aimoto. Oh I hope she’s not posting nudes… 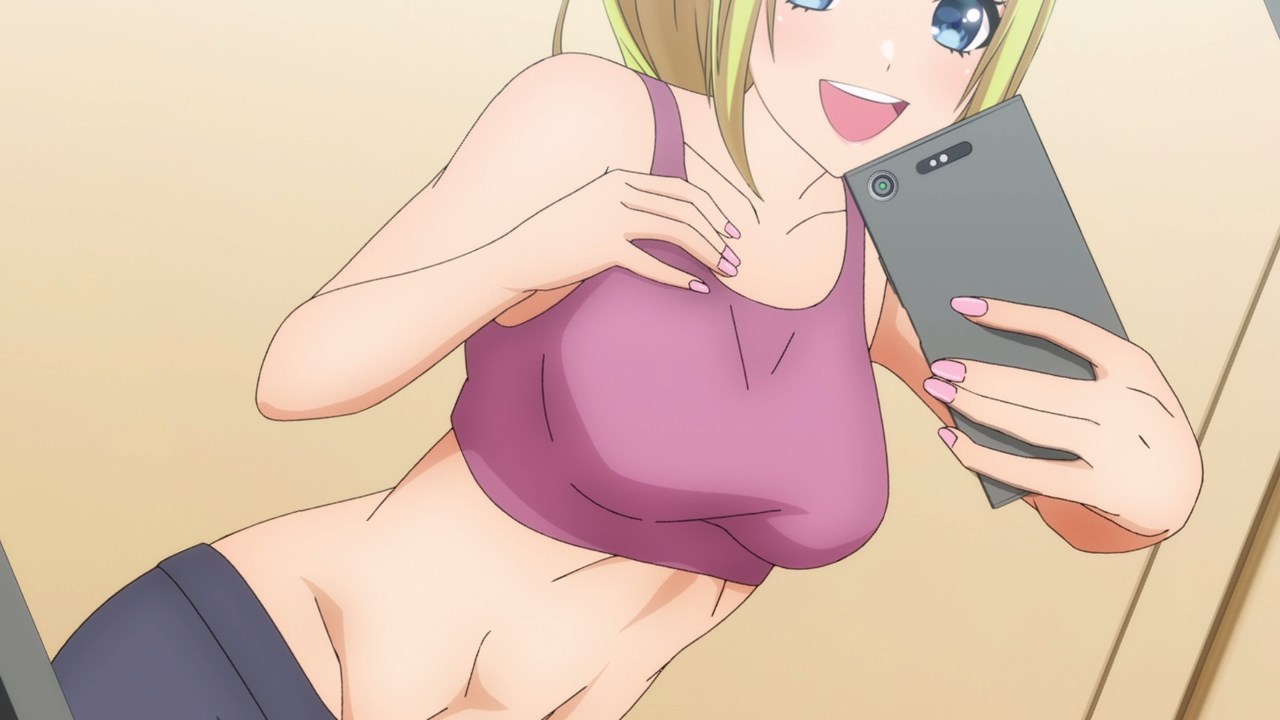 Well actually, Jennifer is taking a selfie on her abs and man, I can’t believe that it’s ripped. Turns out that Jennifer loves to work out a lot thanks to her parents. 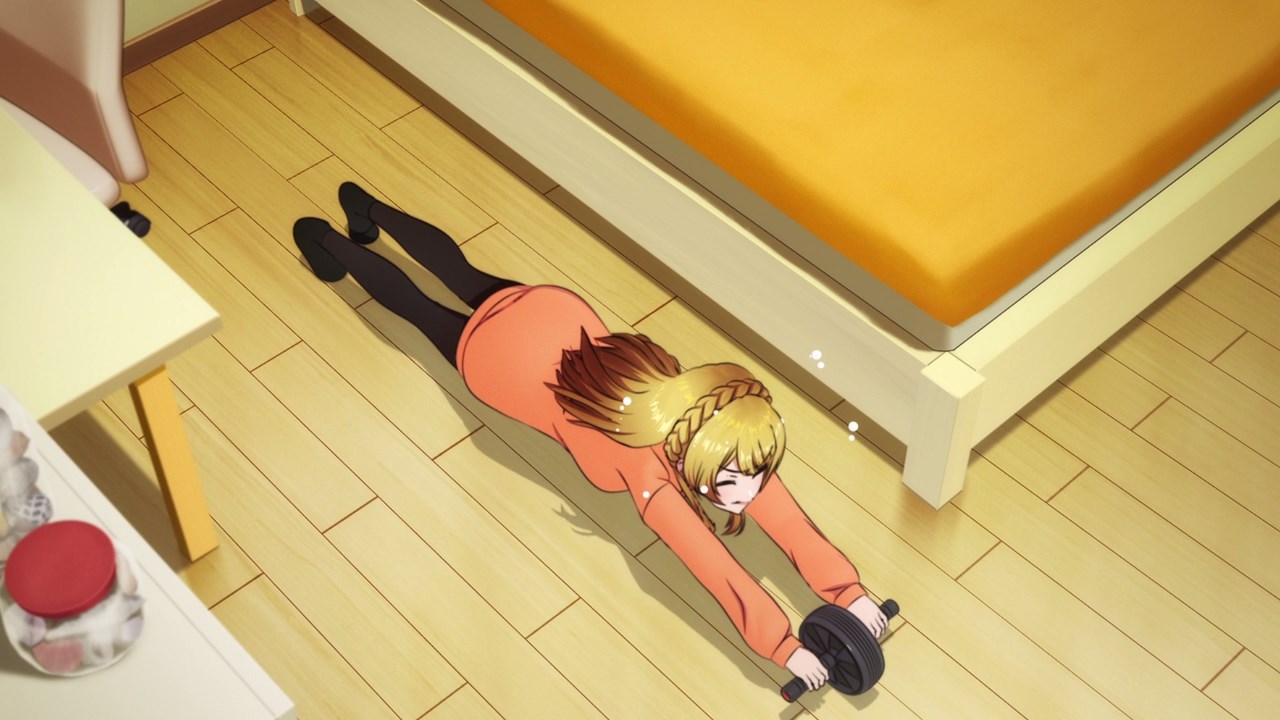 But thanks to Sasago, looks like Aimoto wants to improve herself by exercising, although Rinku might quit after using the ab wheel a few times. 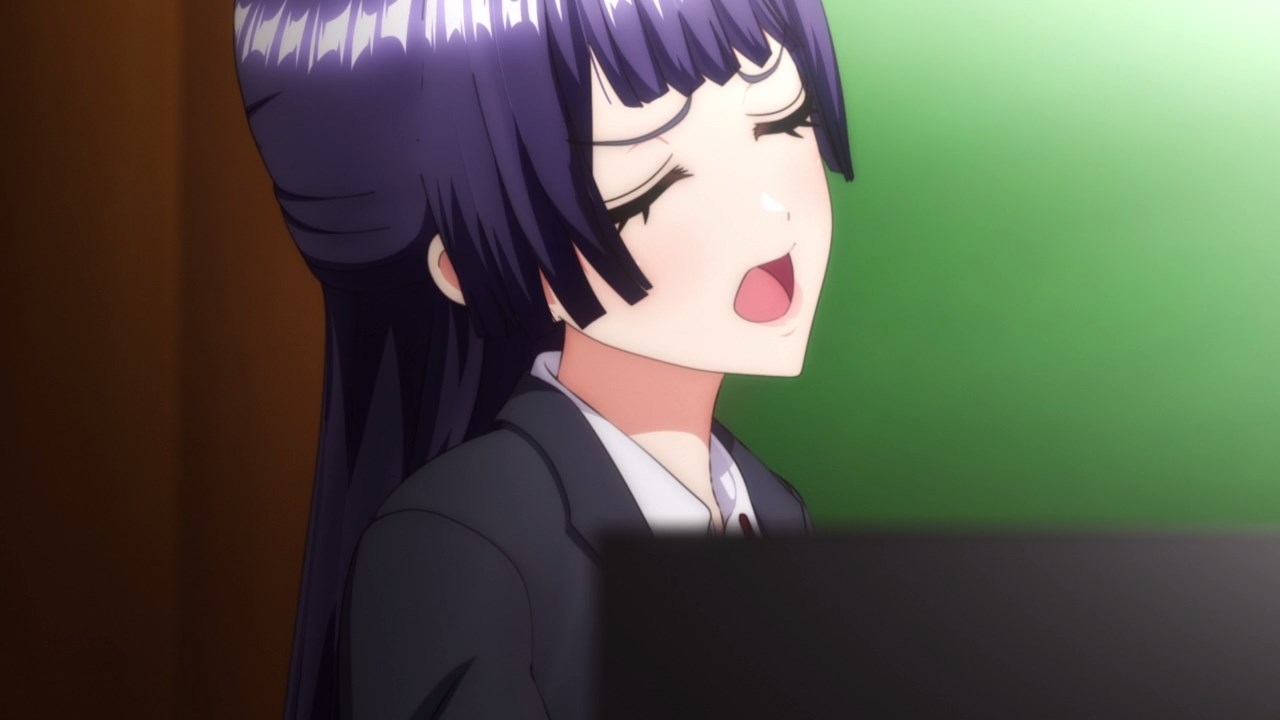 Moving back to Rei Togetsu where she’s doing well in composing music for Happy Around. On the other hand, I think Rei should sing this time around since it’s her time to shine. 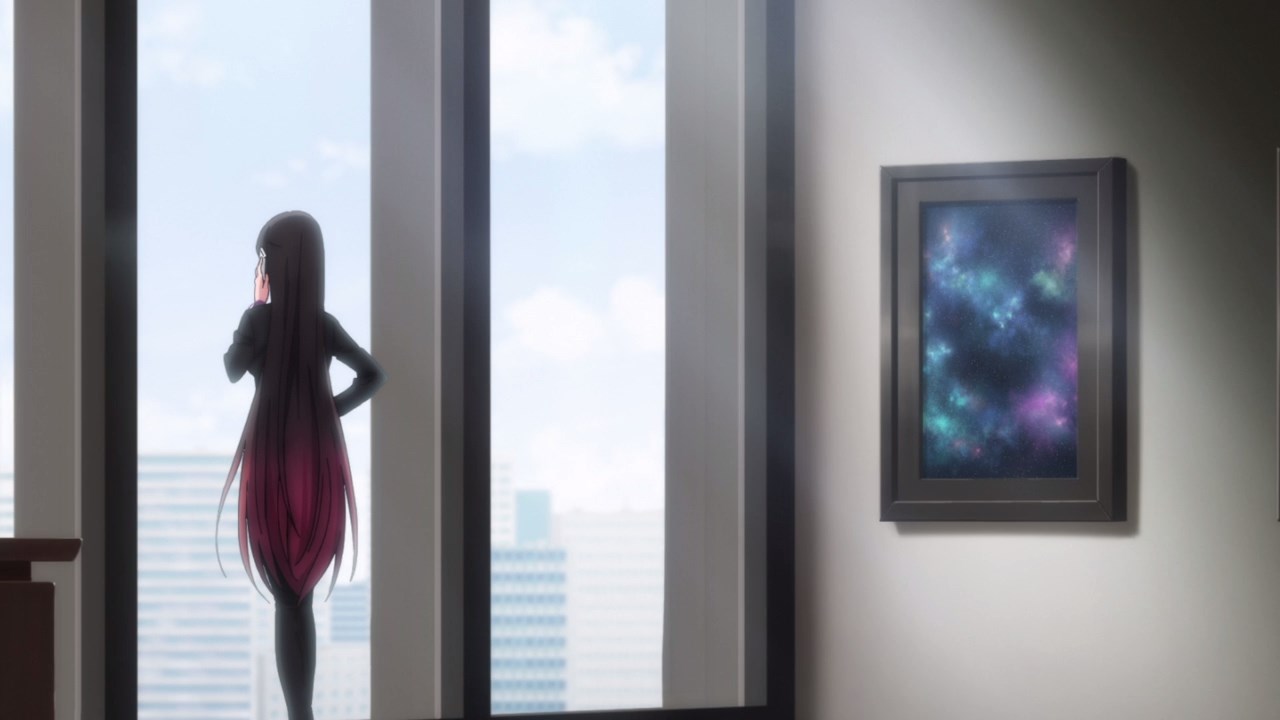 One last thing, there’s one character who very important to Airi Amano. And here’s the thing though as she’s actually the manager of Photon Maiden. 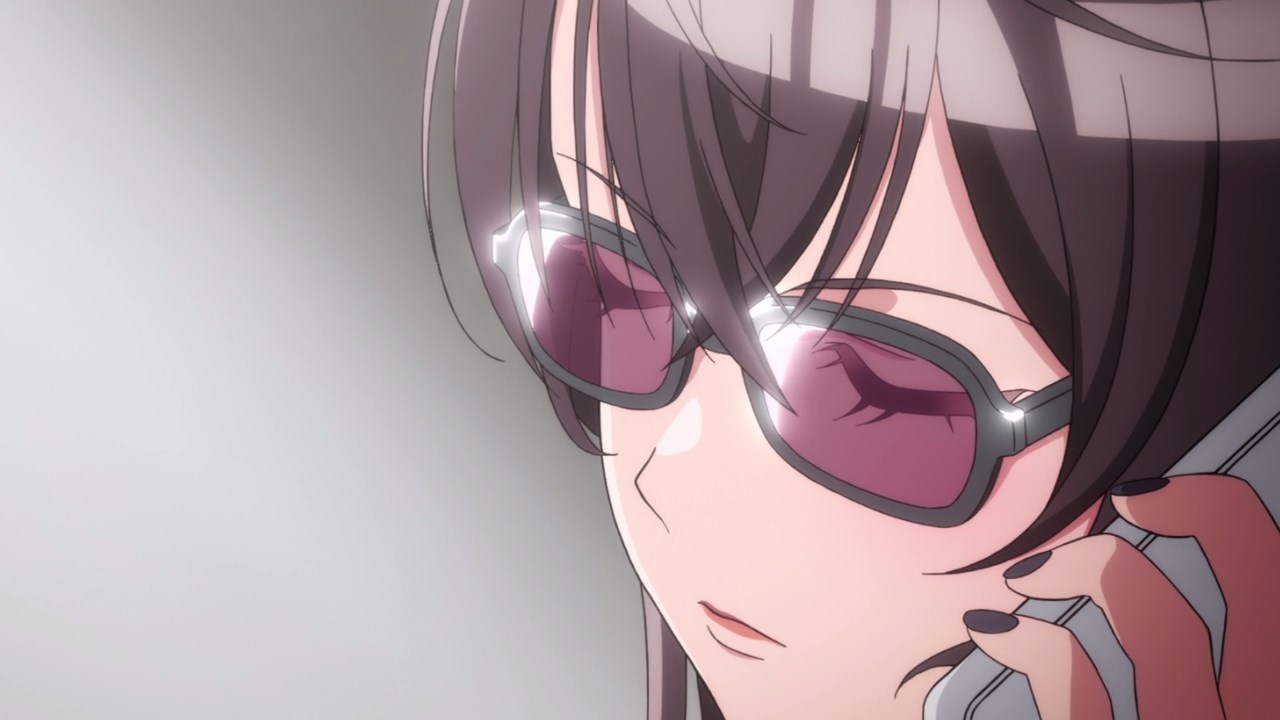 Anyways, this is Shano Himegami and man, I’m surprised that she becomes Photon Maiden’s producer. Still, I wonder what happened to her singing career and why Shano-san broke up her partnership with Airi Amano?

But that’s about it for Episode 9 as the next episode will be a make-or-break situation for Happy Around. Will they win or lose against Photon Maiden? We’ll find out next time!