Posted on January 5, 2021 by benigmatica 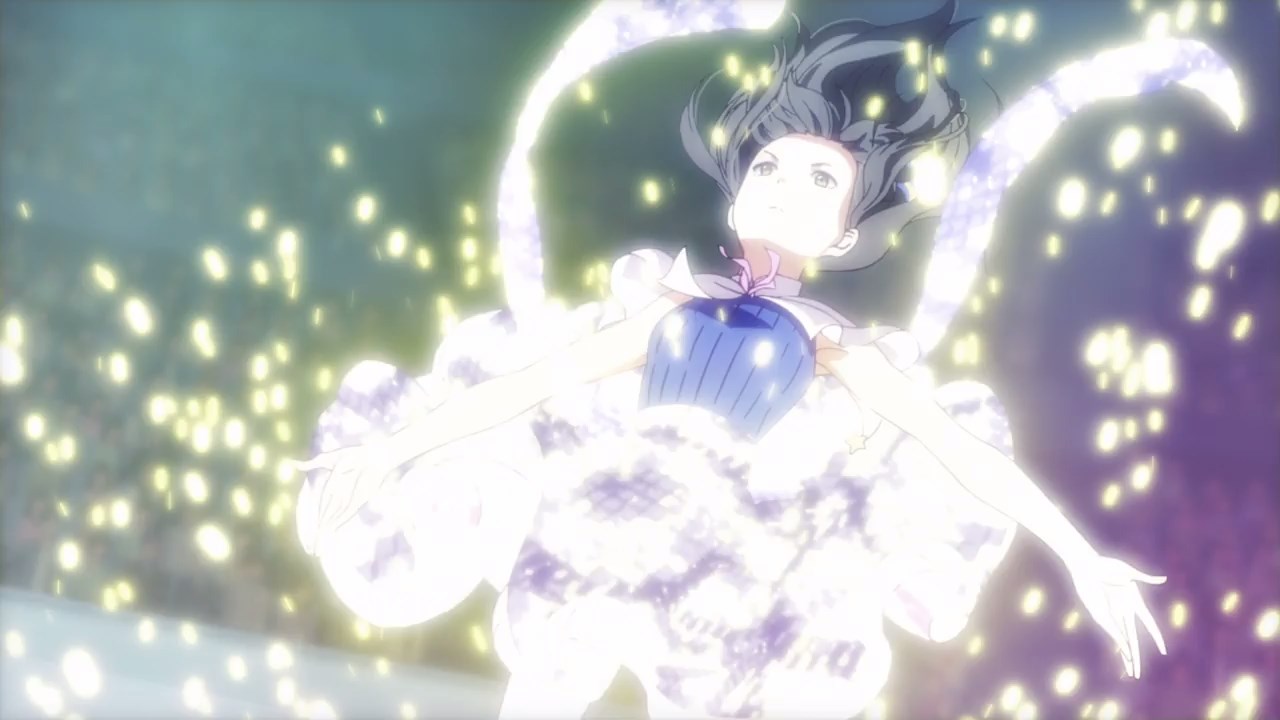 Well everyone, let’s start Winter 2020 with a brand-new show by Hoods Entertainment where we venture into the world of theater. 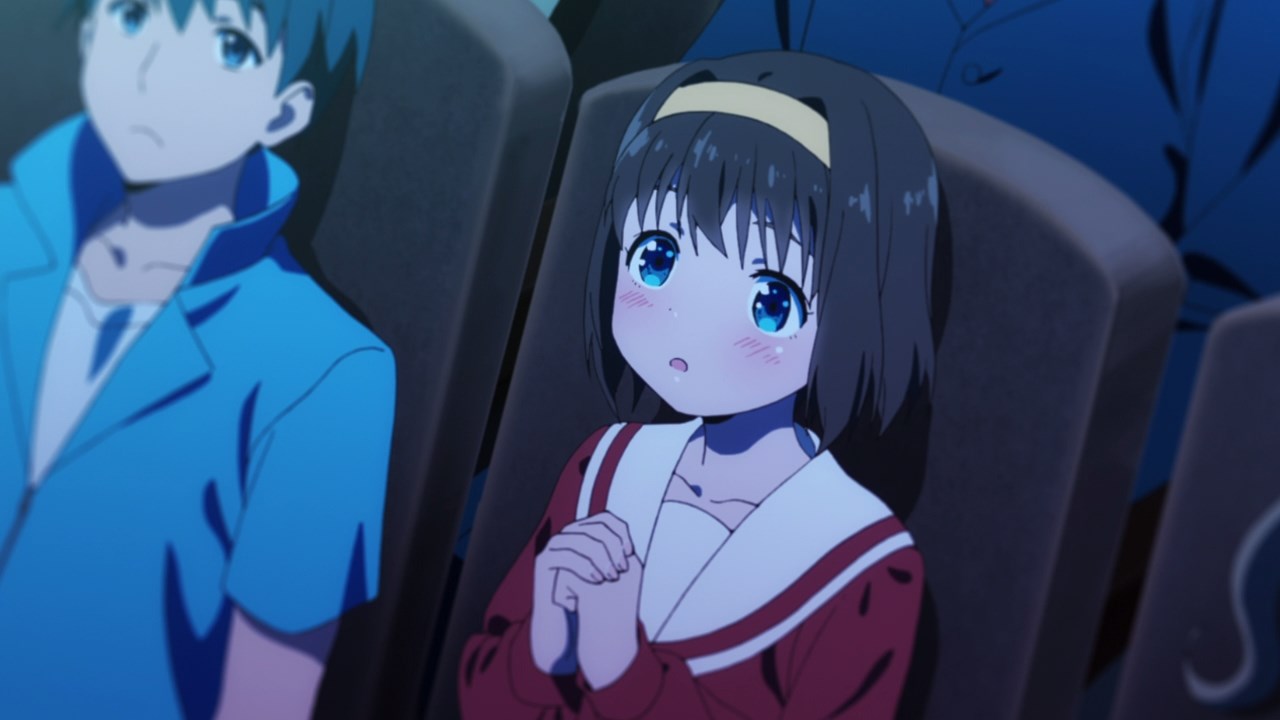 Oh yeah and here’s Seria Morino where she’s inspired to become a stage actress after watching a stage play. That was nice dream from her. 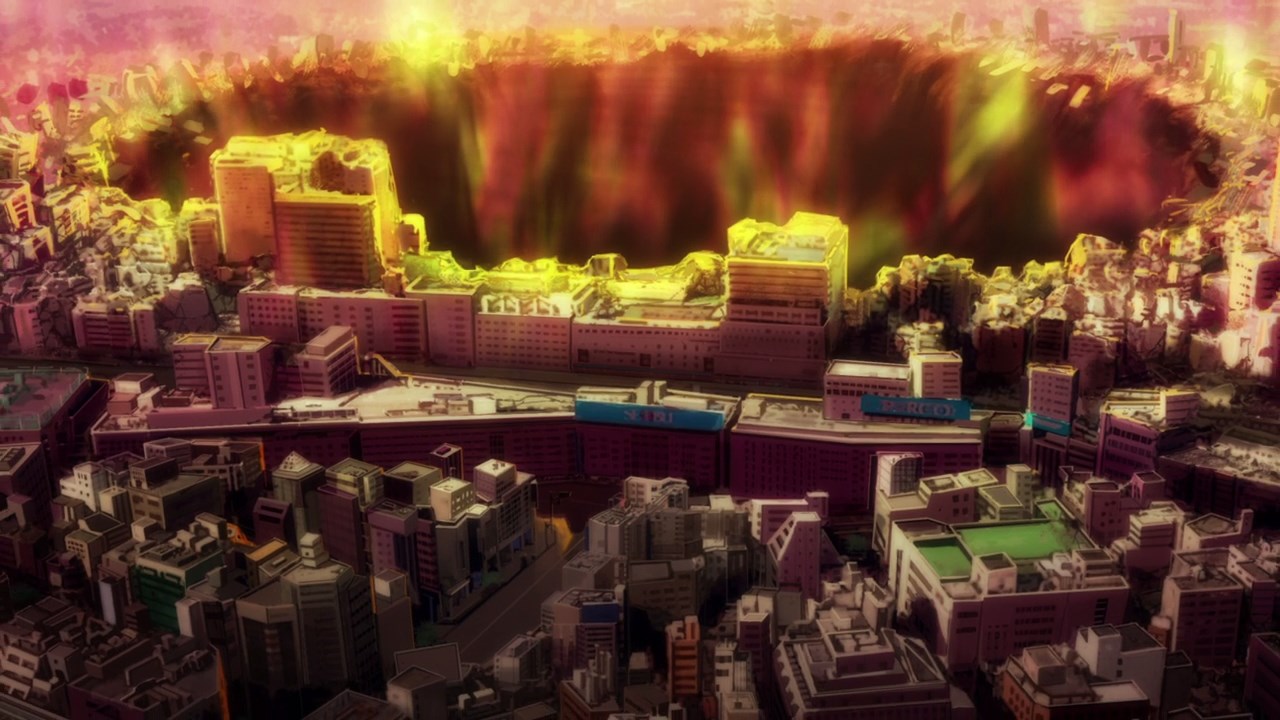 Except that the world of Gekidol is not all sunshine and rainbows as Japan suffered a disaster where parts of Tokyo disappeared.

While we’ll never know what caused the disaster, but what’s important is Seria Morino’s journey of becoming an actress. 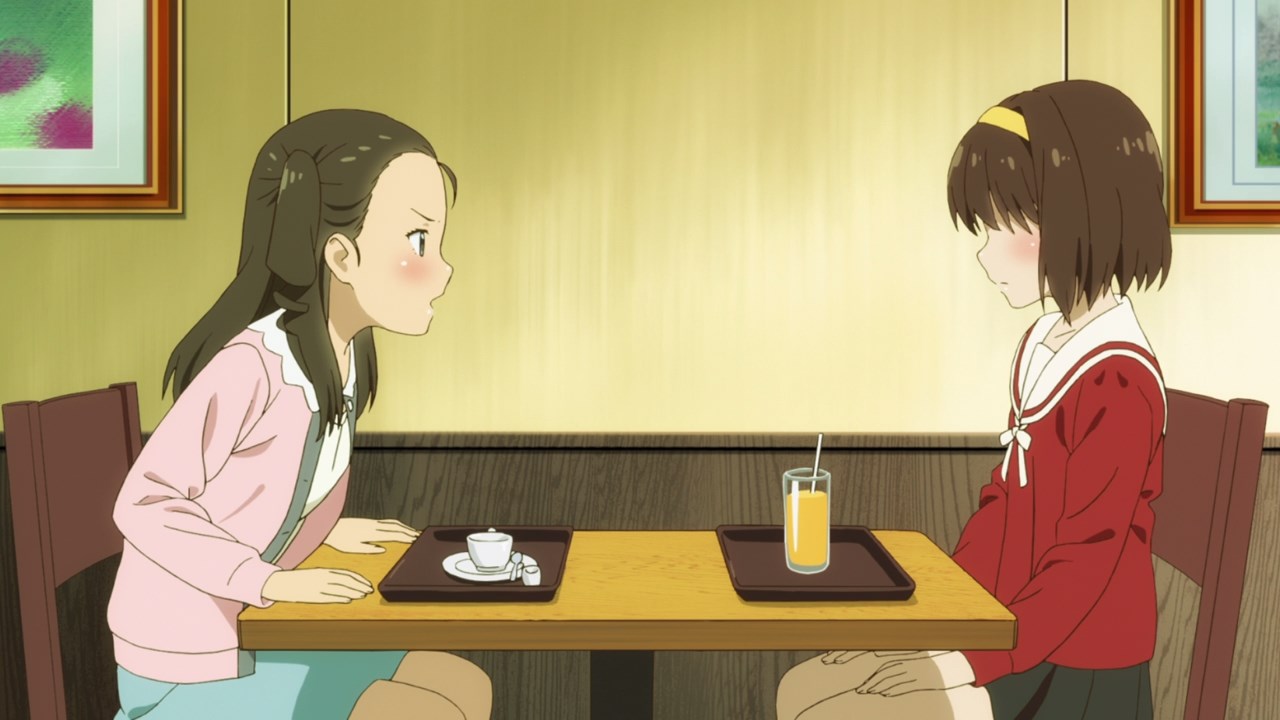 Unfortunately, her friend Makoto Higuchi told Seria that it’s impossible for her to become an actress as she lacks talent.

Heck, Makoto told her experience to her friend where failed the audition at the famous Super Material Theater due to its high standards. So yeah, Morino might not cut it as an actress. 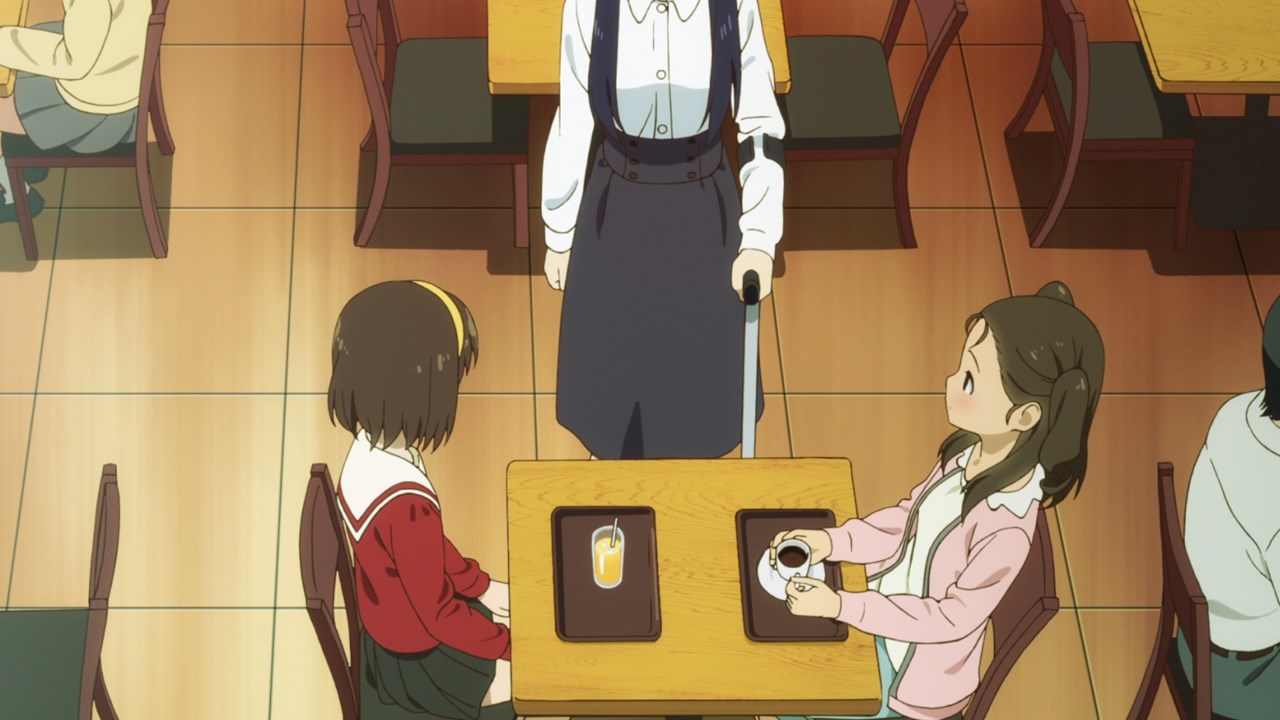 But then, a certain girl approached Seria where she has an interest towards the aspiring actress. Notice that this person is using a cane to walk, meaning that she suffered an accident before. 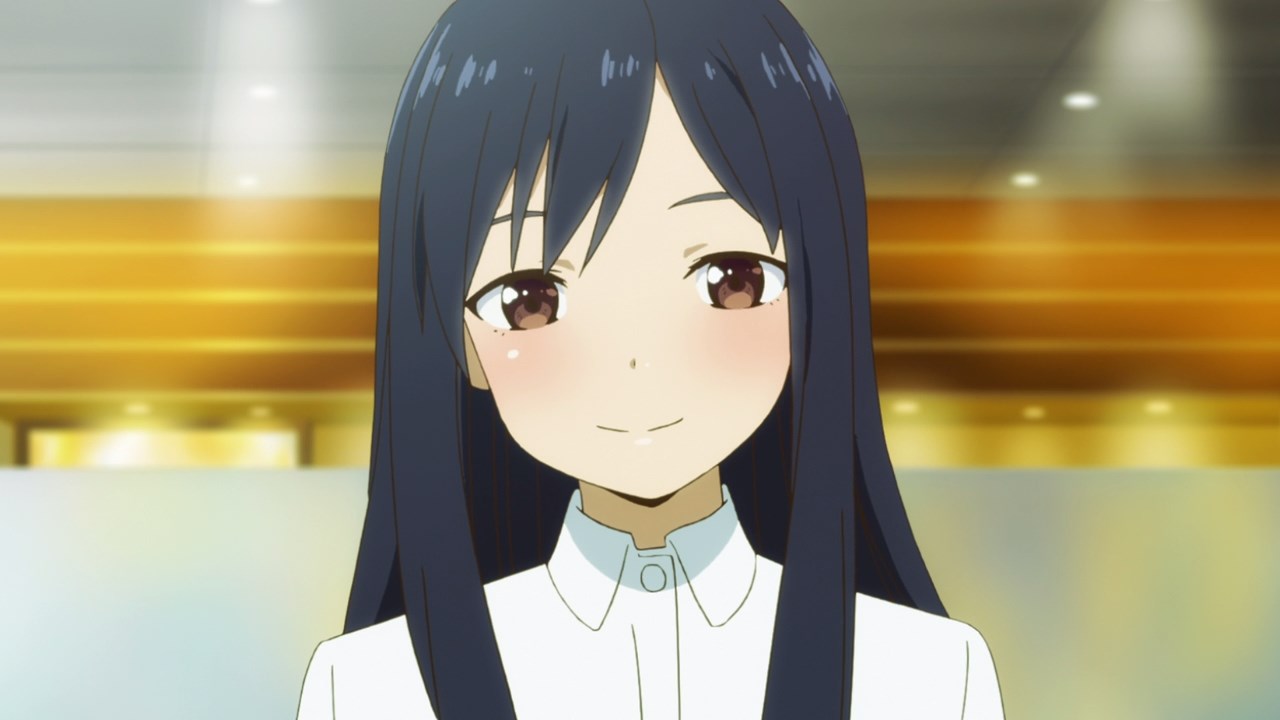 Anyways, this is Kaoru Sakakibara where she’s the director of a small acting troupe called Alice in Theater. And this is where Seria’s career begins thanks to Kaoru-san recruiting her. 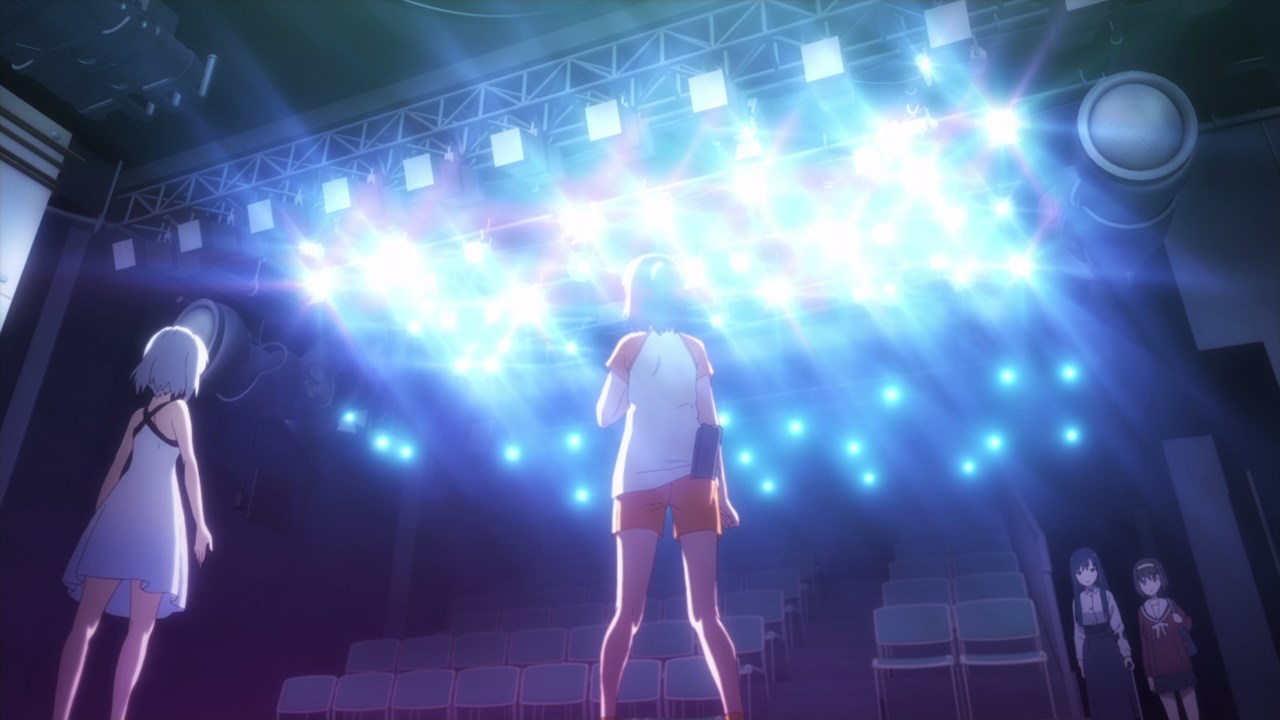 Of course, Morino needs to watch the rehearsal first as she needs to experience on what it takes to be a stage actress. 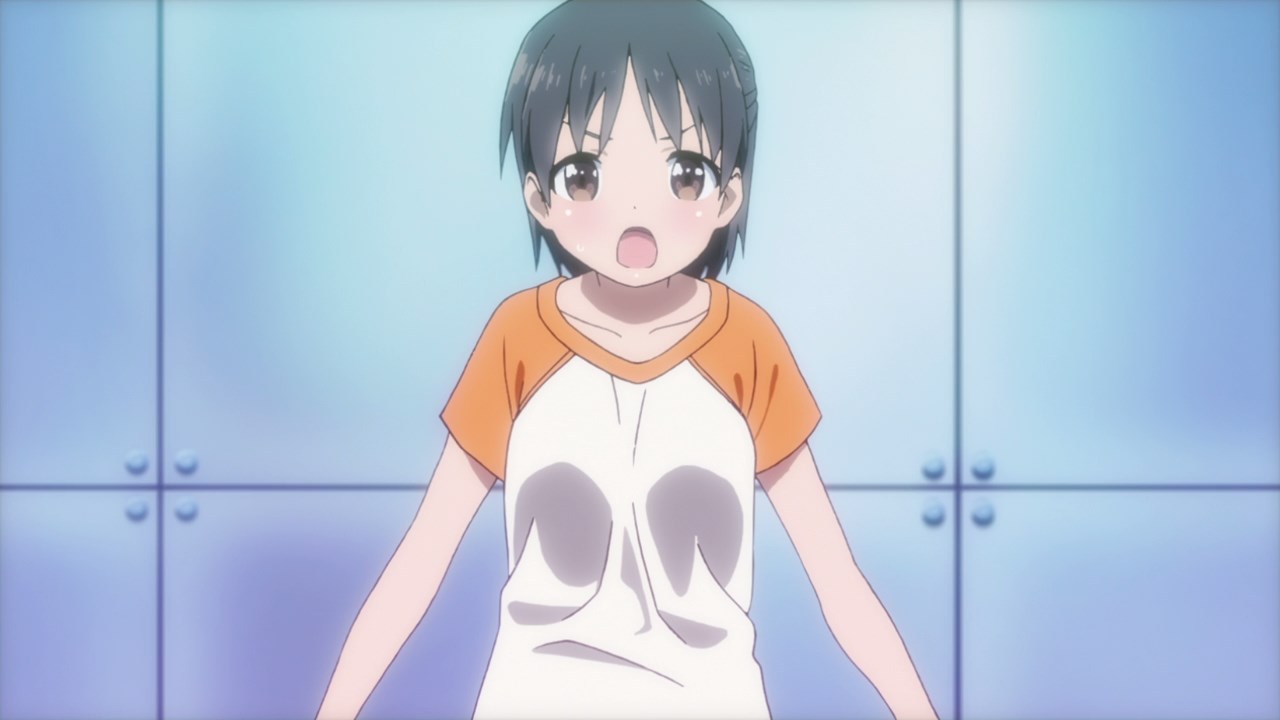 This is Airi Kagami where she’s the top actress of Alice in Theater. While Airi is excited to have a new recruit, she wants to know if Seria can do it? 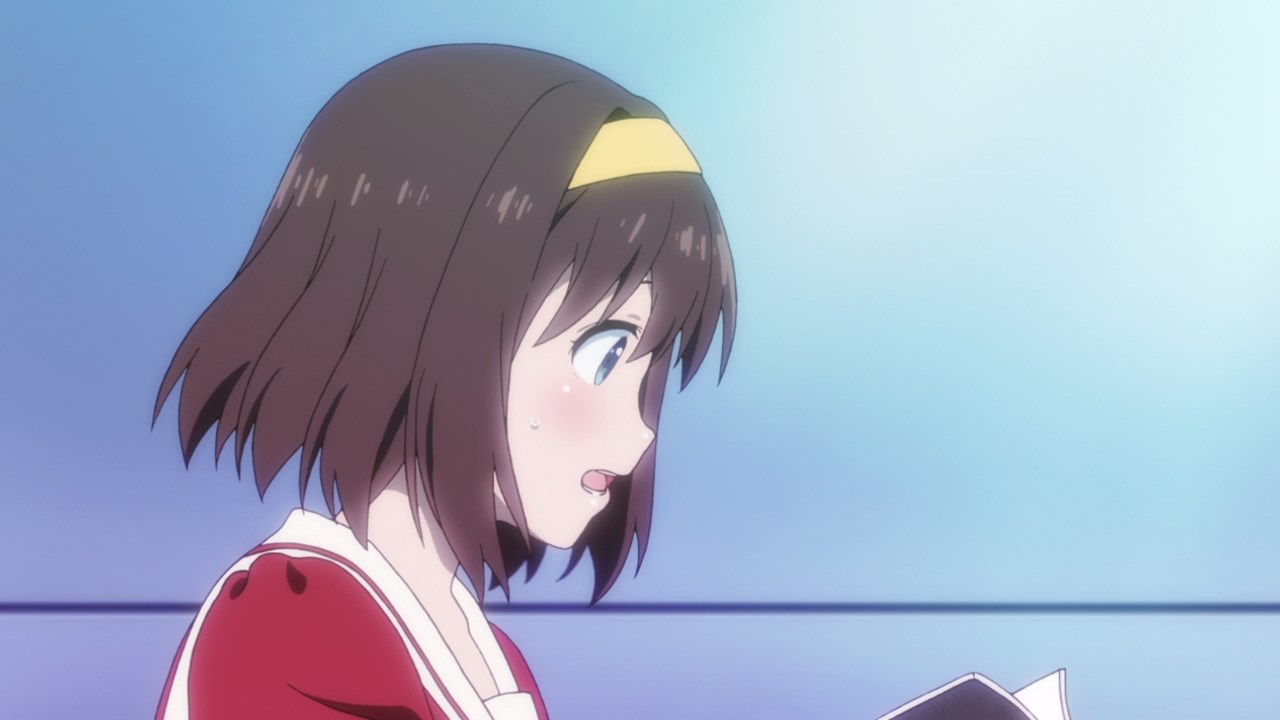 Well, turns out that Seria Morino got a classic case of stage fright as she can’t say the lines as Seria’s voice is trembling. 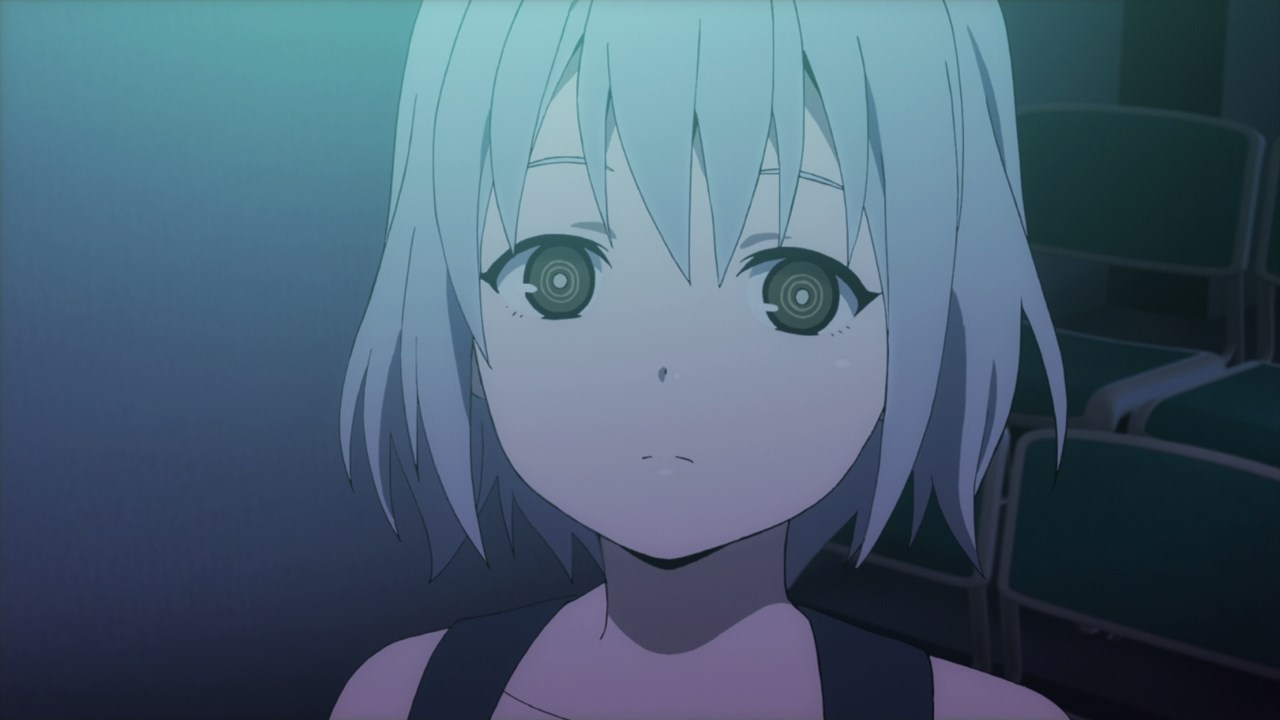 Oh and it gets worse for Seria as she’s being under the watchful eye of Doll, the only resident robot girl in the troupe where she’s calculating on whether Morino is worthy of becoming an actress.

Ugh, having a robot observing a new recruit sent shivers down to my spine just a bit. 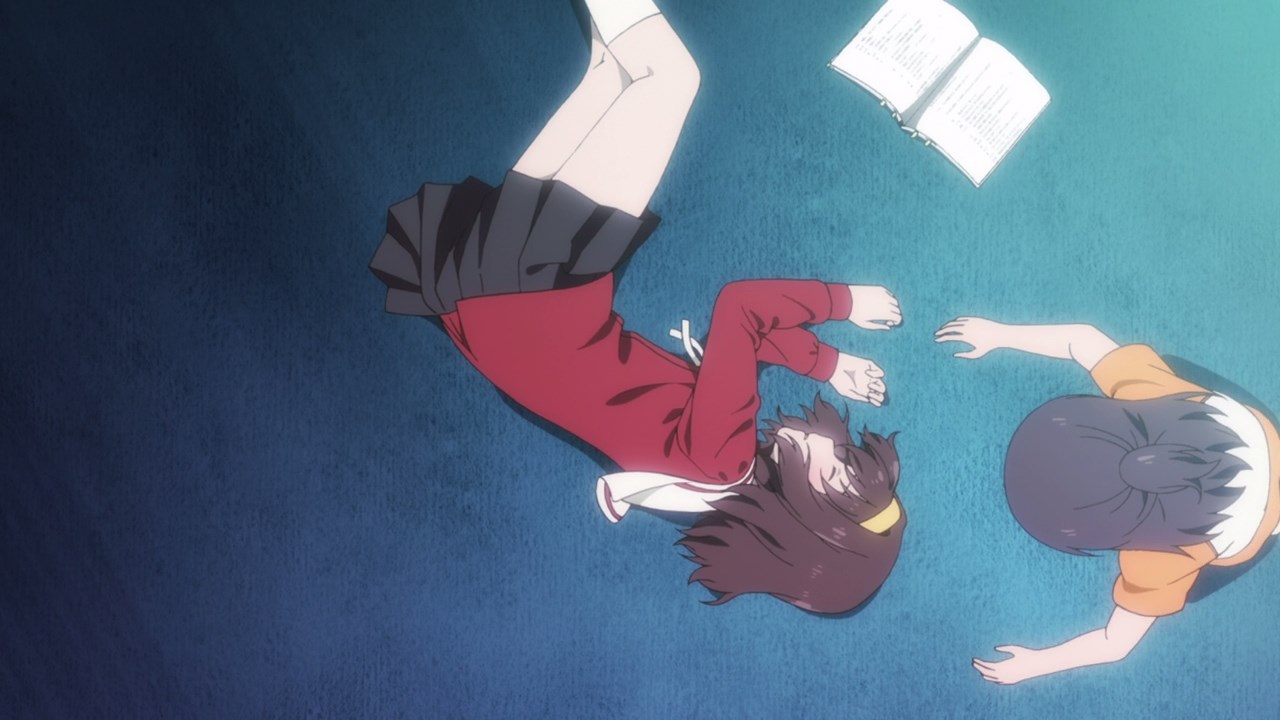 In any case, looks like Seria Morino collapsed due to pressure. Gotta say that she’s not gonna cut it as an actress if Seria continues to fumble everything. 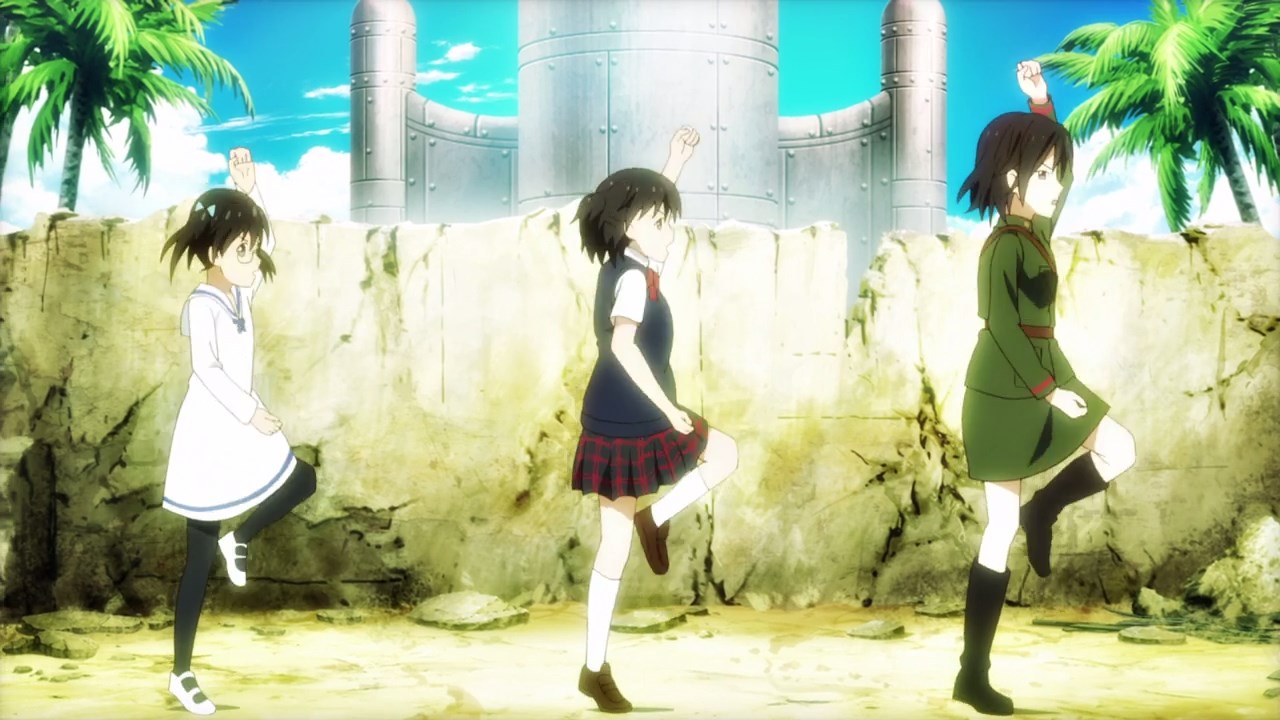 One last thing, here are the rest of the actresses of Alice in Theater as they perform a musical sequence. Then again, I feel that they’re more idol-like than stage actresses. 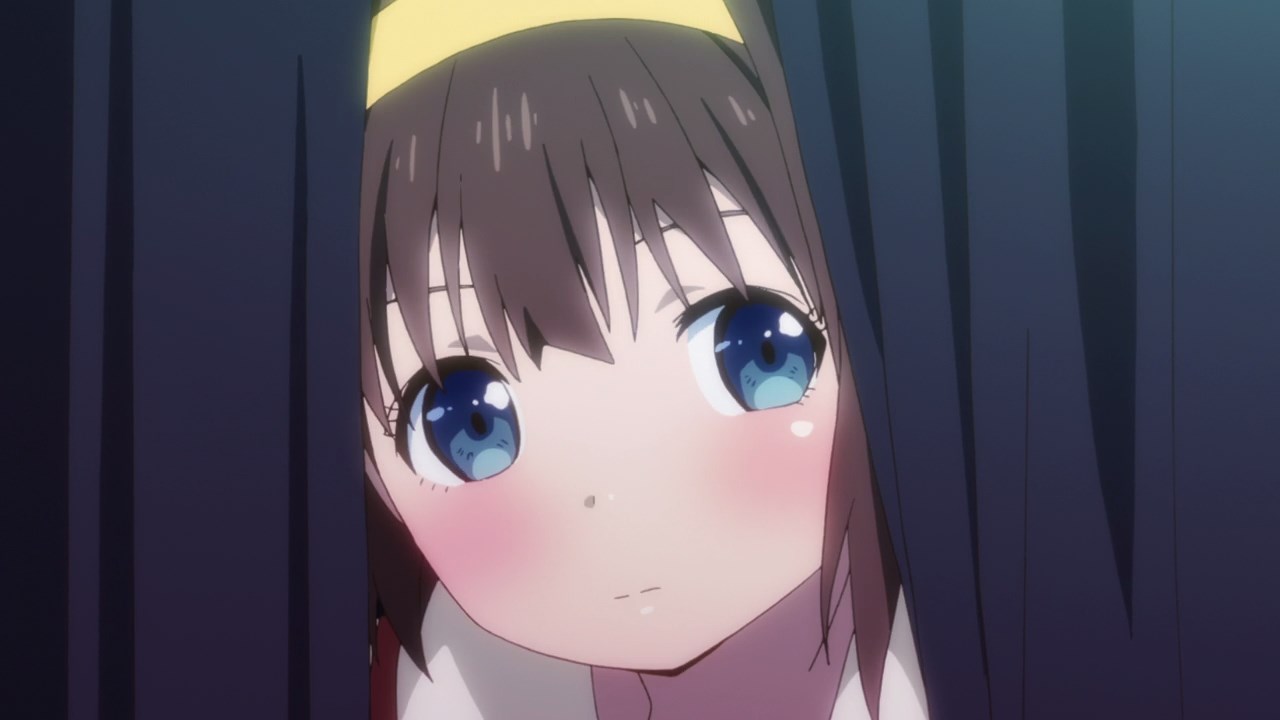 But as for Seria Morino, looks like she’ll be staying at Alice in Theater, although she’ll have to train harder in order to be the best stage actress in the troupe.

And that’s the end of the first episode of Gekidol. While the premise is somewhat interesting, I’m hoping that there’s some development for Seria Morino and the rest of the cast. Who knows what twists and turns will befall on this show as I’ll see you next time!