Posted on January 7, 2021 by benigmatica 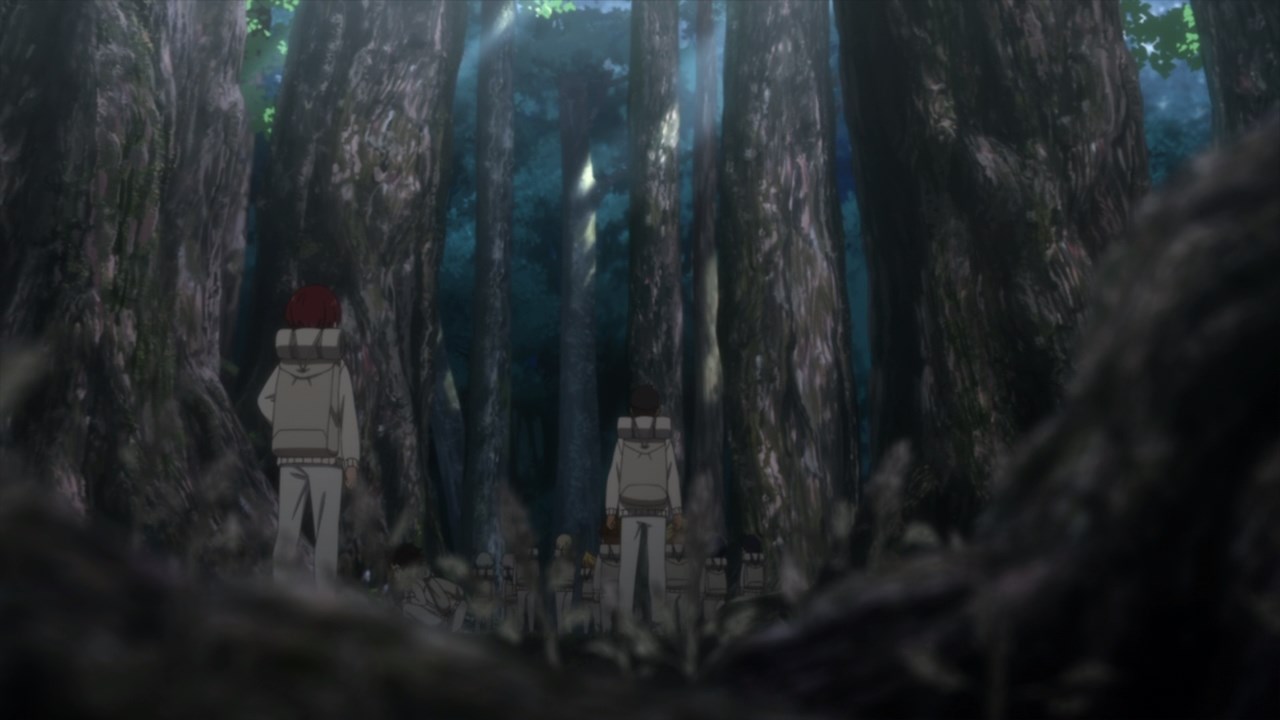 It’s been 2 years since the first season aired back in January 2019. Now, we’re back as Emma and the rest of the kids are out of the woods ever since they escaped Grace Field, although the demons are trying to capture them alive. 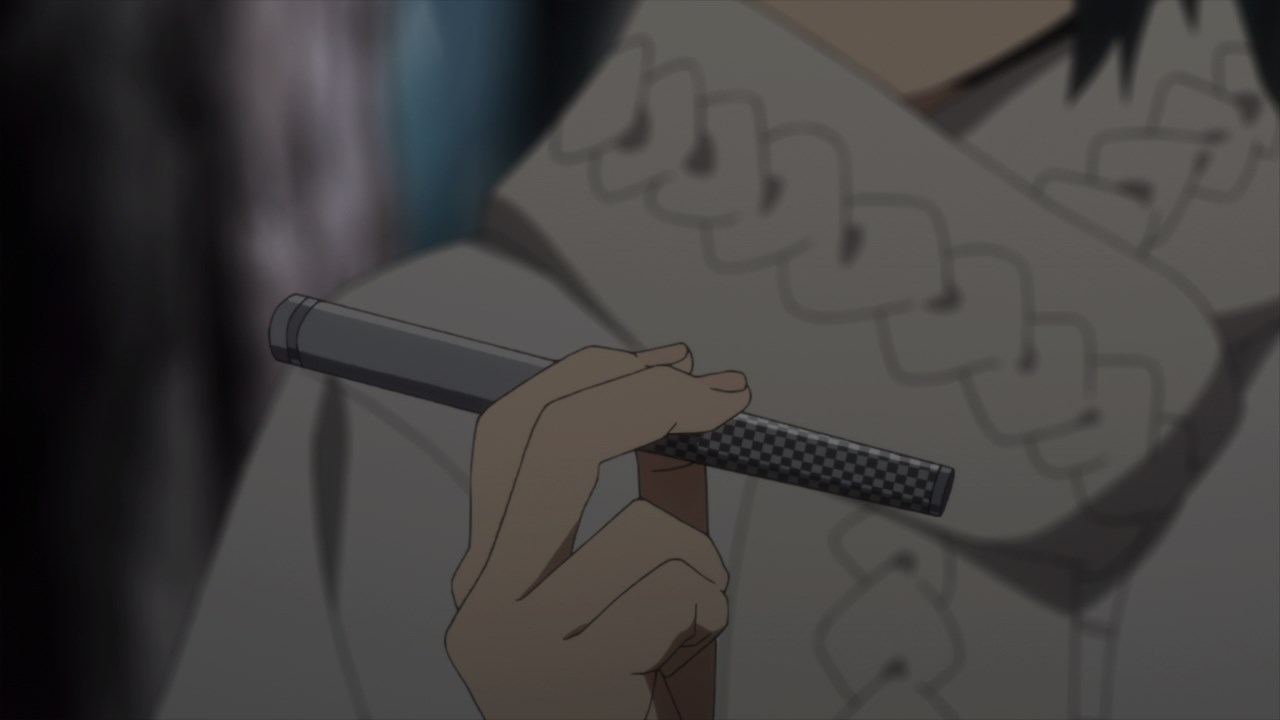 Anyways, their main focus right now is to not only survive, but also find the mysterious William Minerva as the only clue they have is this pen, which Norman left it behind for Emma and Ray to decipher it. 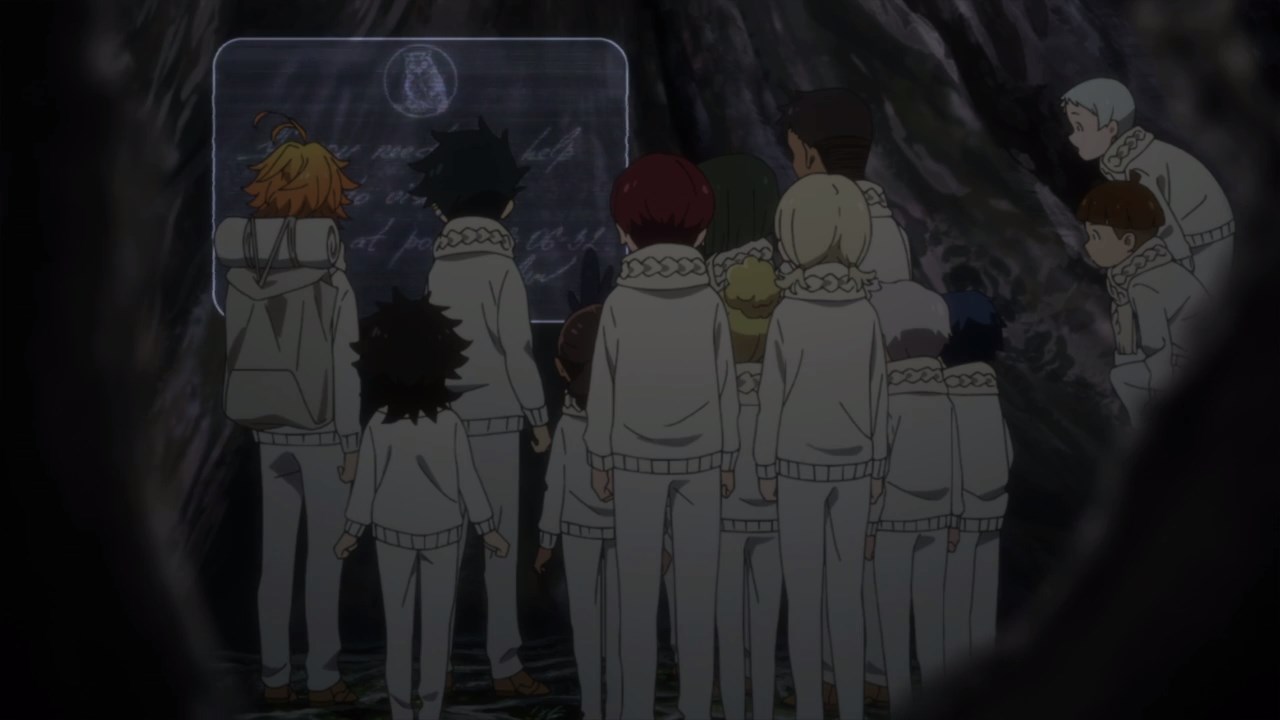 So once they crack the code upon opening the pen, it reveals a message from William Minerva where he told the kids about his location.

Of course, finding William Minerva would be difficult given that they might ran out of food and water. C’mon, I don’t want the kids getting dehydrated. 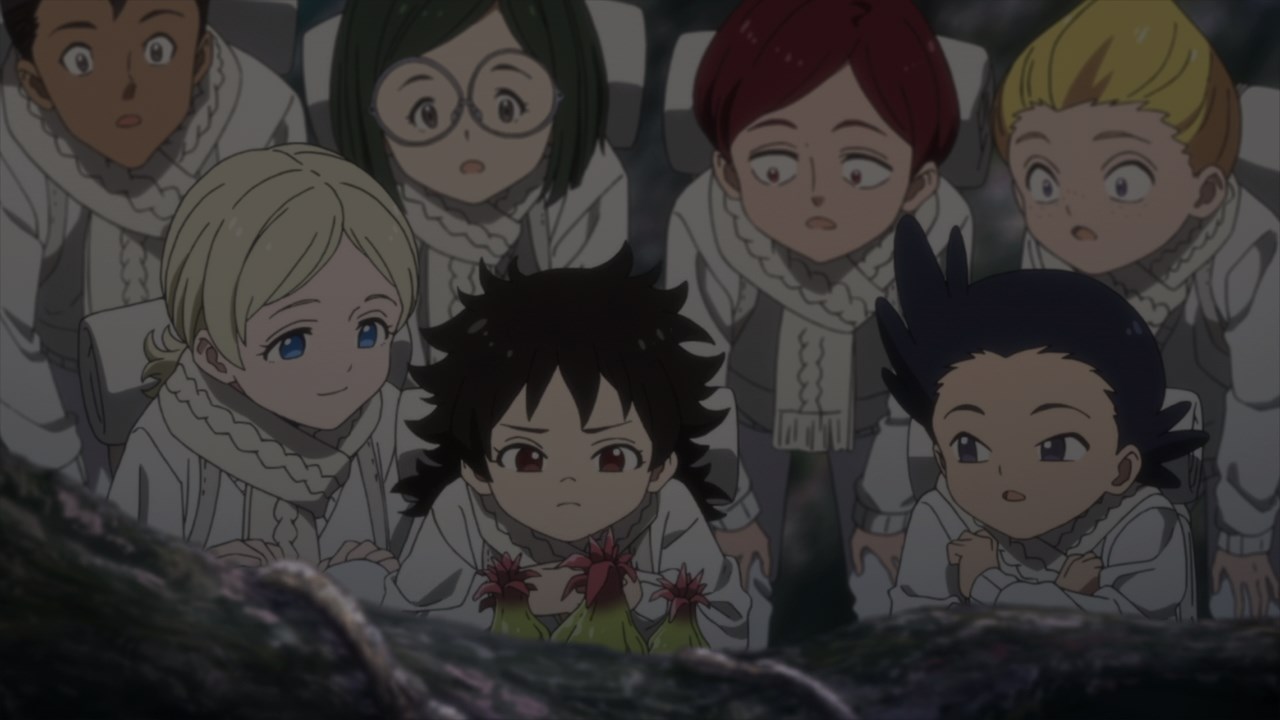 That’s until Yvette found this plant where there’s no indication on whether if it’s edible or not. 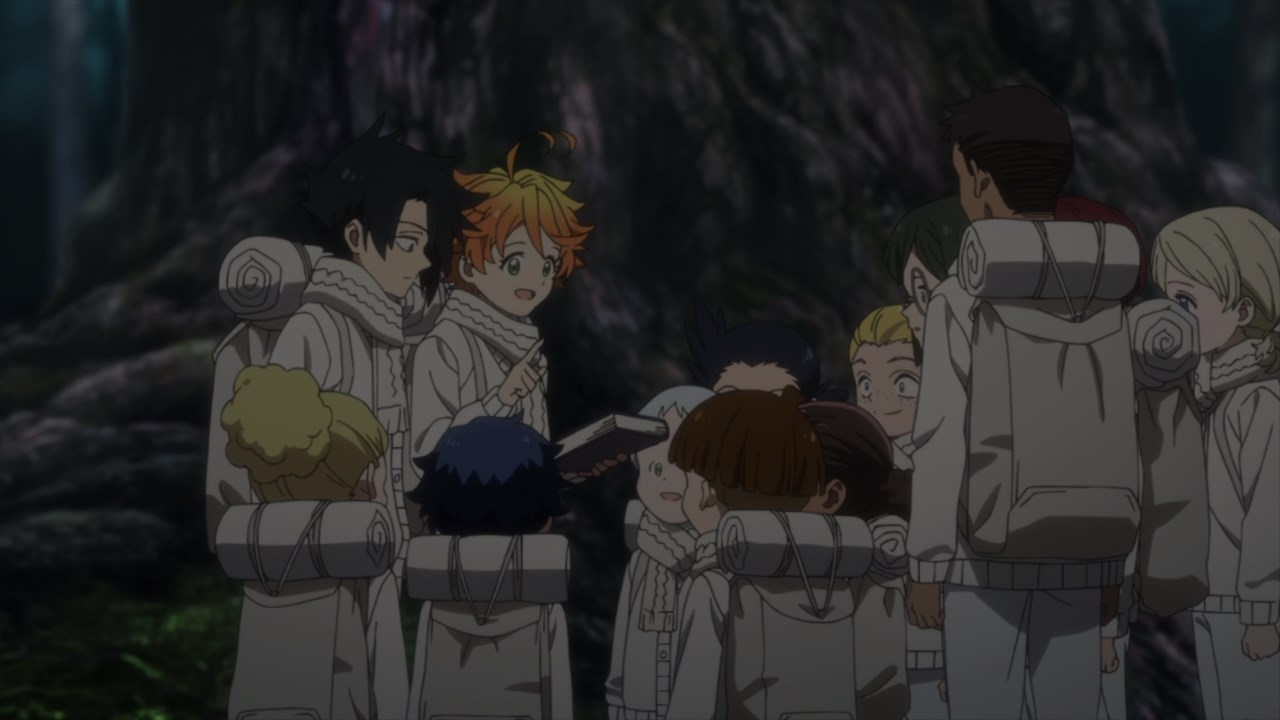 Luckily, Emma figure it out that they’re actually sea anemones as she learned those kinds of plants upon reading “The Adventures of Ugo”, which is sort of a survival guide for those who escaped. 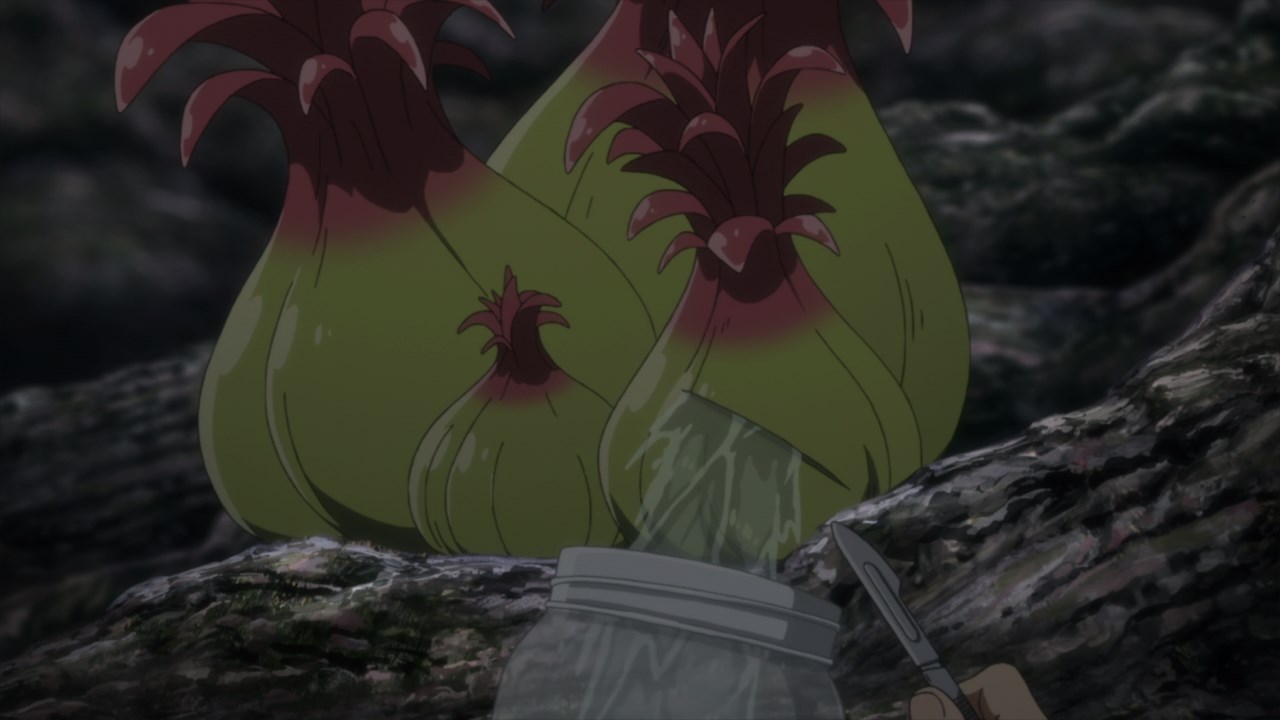 With that said, looks like the kids got a fresh supply of water thanks to the sea anemones. Of course, the only thing that I’m worried about is nighttime. 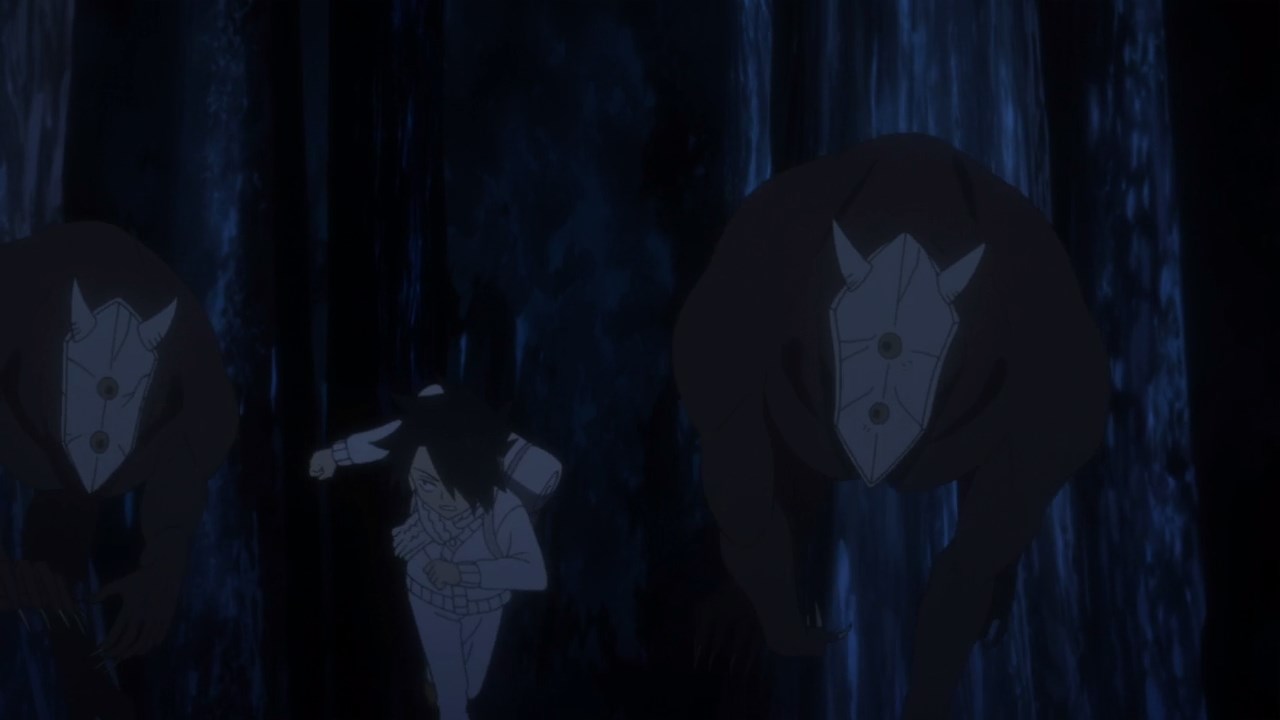 You see, the demons are currently chasing those kids as they want to capture them alive, including Ray where he’s the most valuable one of all. Then again, I wonder what happened to the rest of the kids? 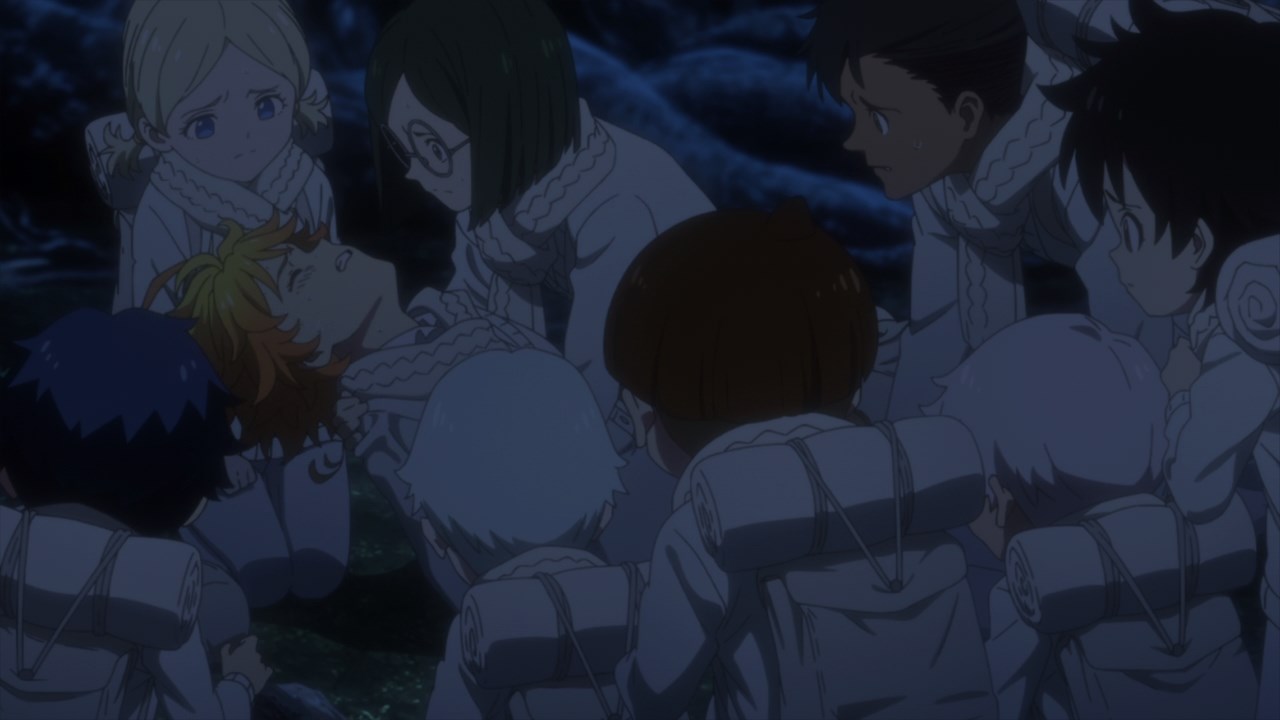 Oh, turns out that there’s a problem as Emma got a fever at the wrong possible time. It seems that she’s having an infection from her severed left ear. 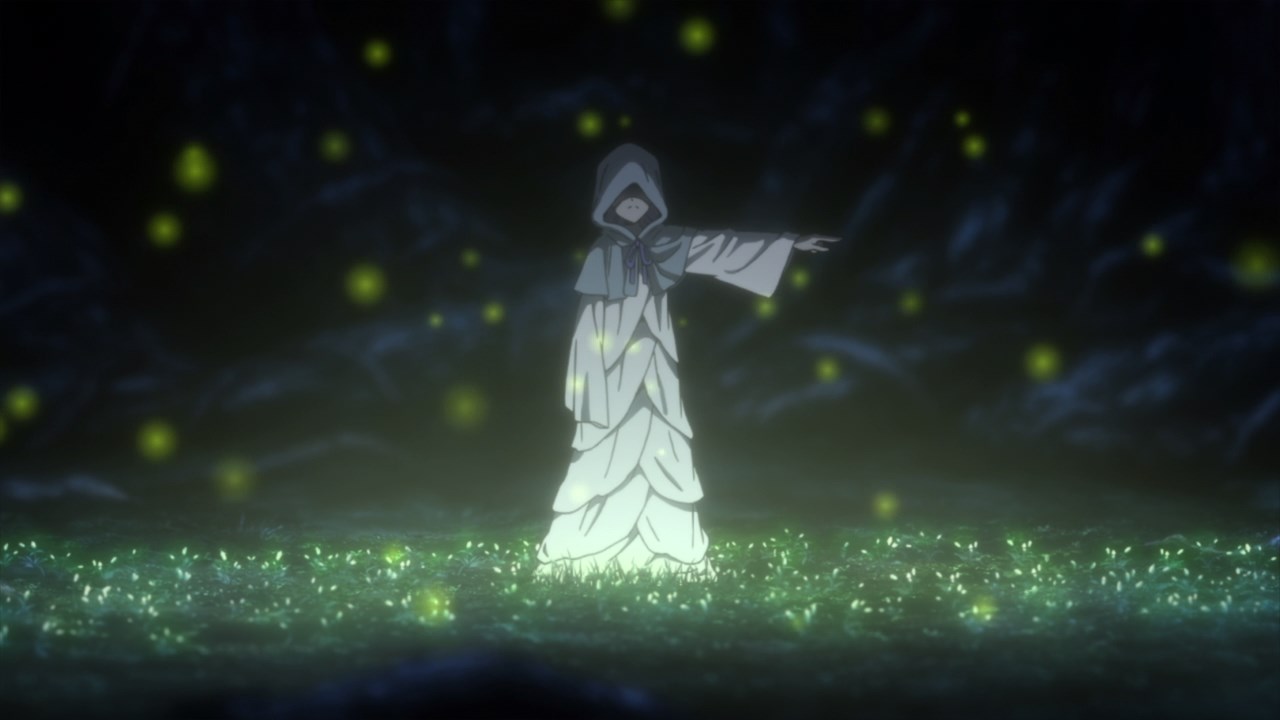 On the other hand, the kids encountered this person who will try to save them from demons. Then again, I have doubts if this person is trust-worthy ’cause her face is hidden underneath her hood. 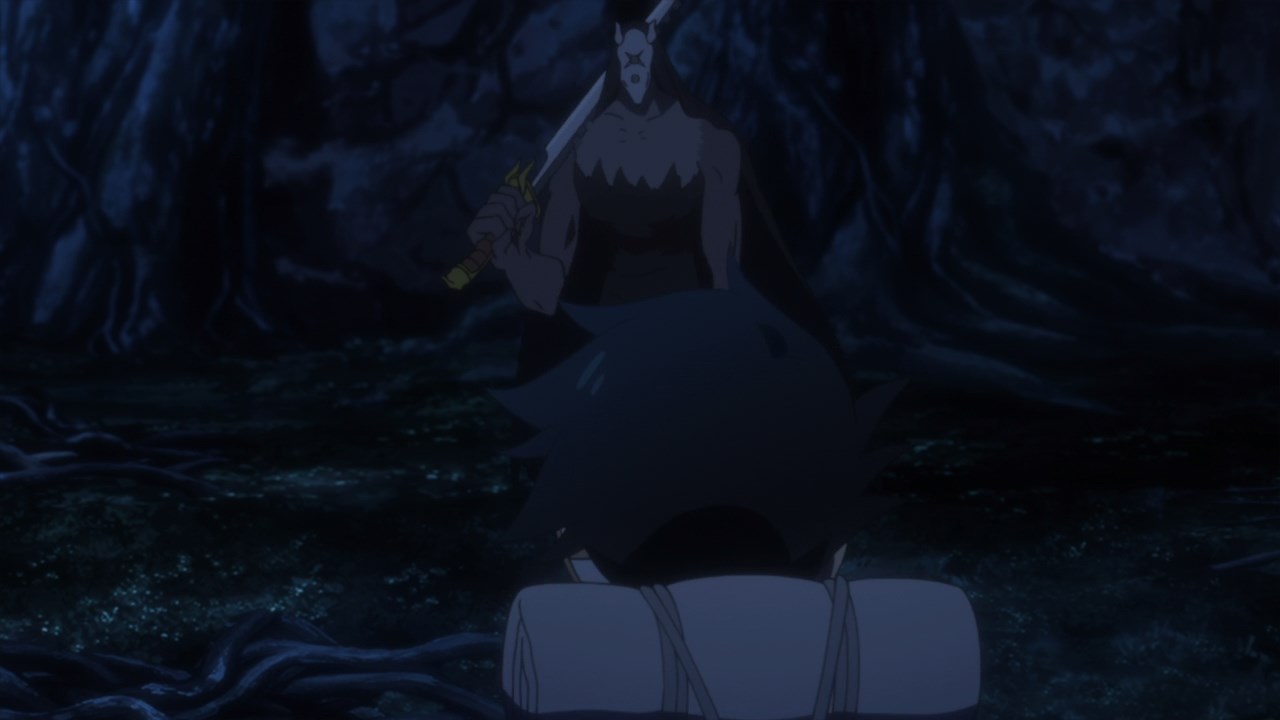 Moving back to Ray where he’s surrounded by demons, therefore he can’t get out alive. Ray is basically screwed without Emma or even the older kids rescuing him. 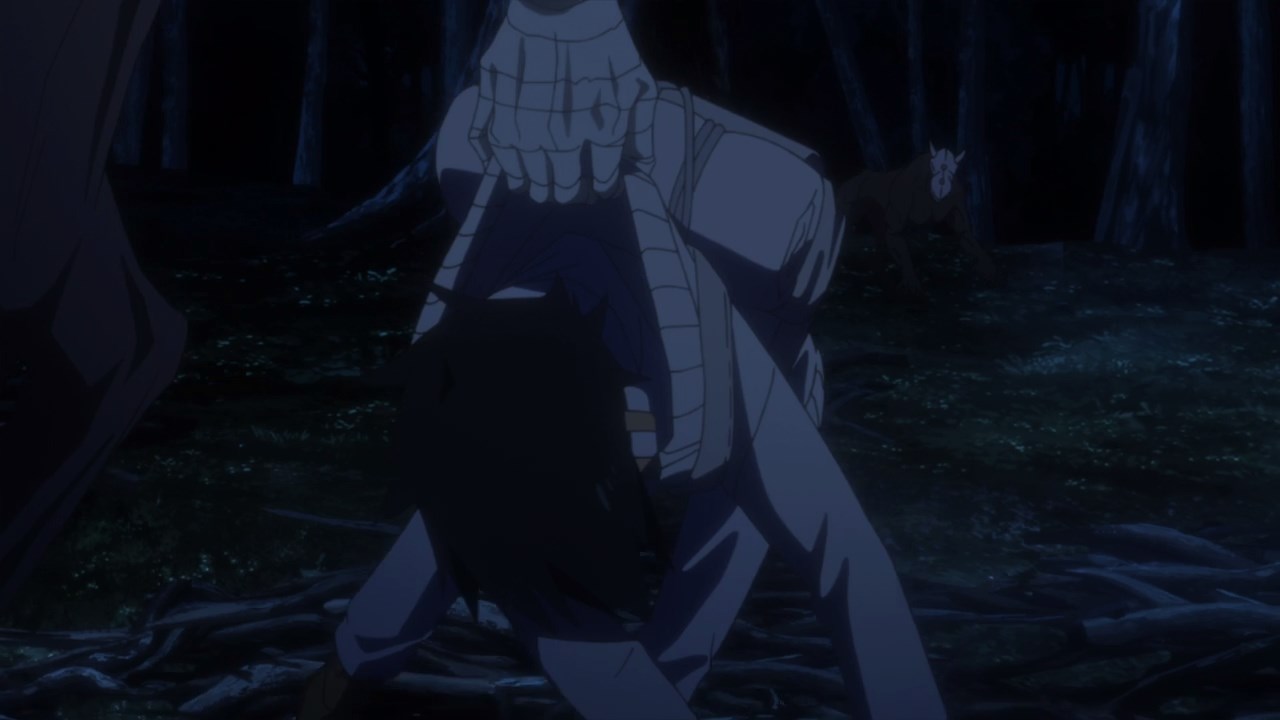 That’s until another mysterious person arrived to rescue him from the demons, although I’m not sure if that person is also trust-worthy. 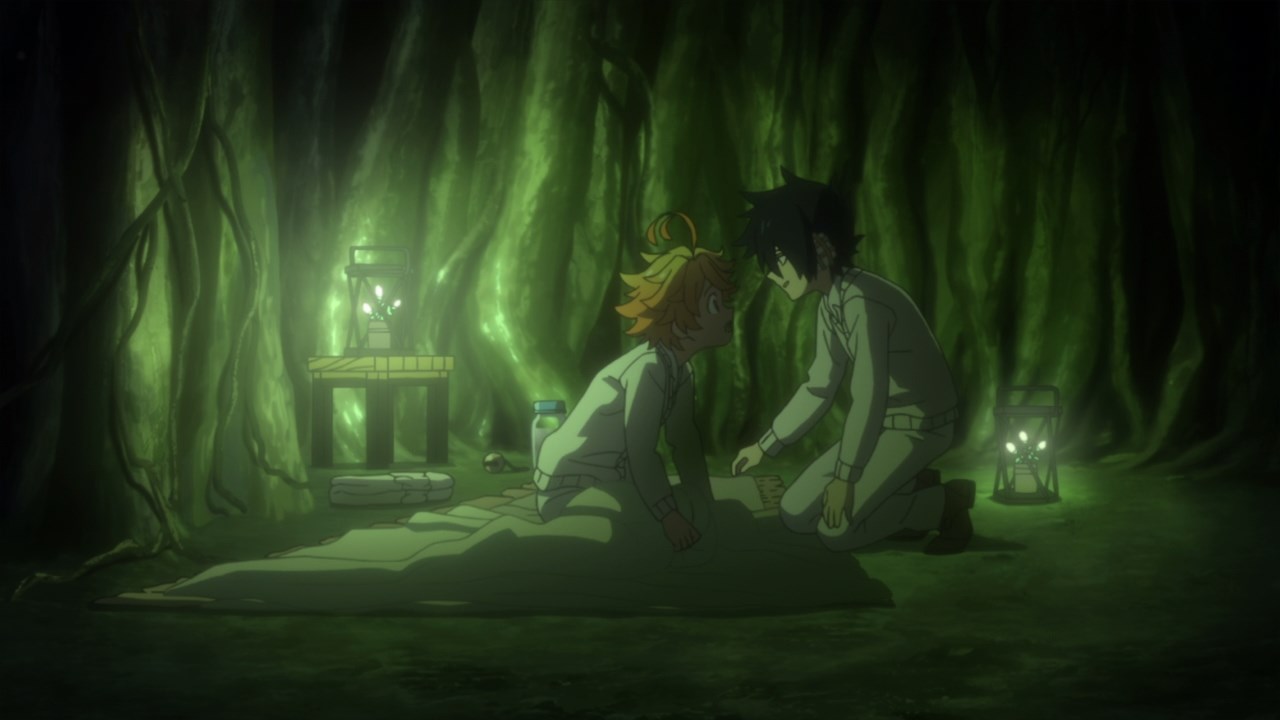 Still, Ray is safe as he was taken to a strange place together with Emma for some odd reason. Okay, I wonder what happened to the likes of Don and Gilda? 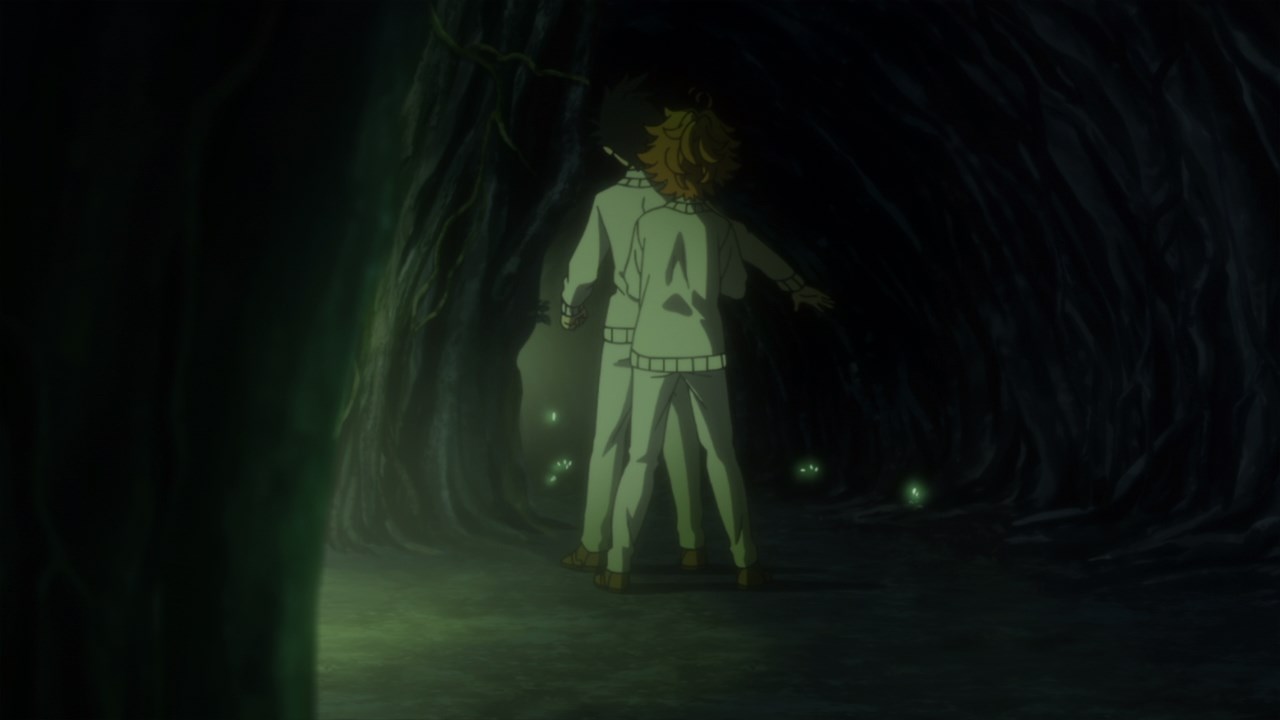 Then again, it appears that both Emma and Ray should keep their guard up as someone is approaching them. And really, I have a bad feeling about this! 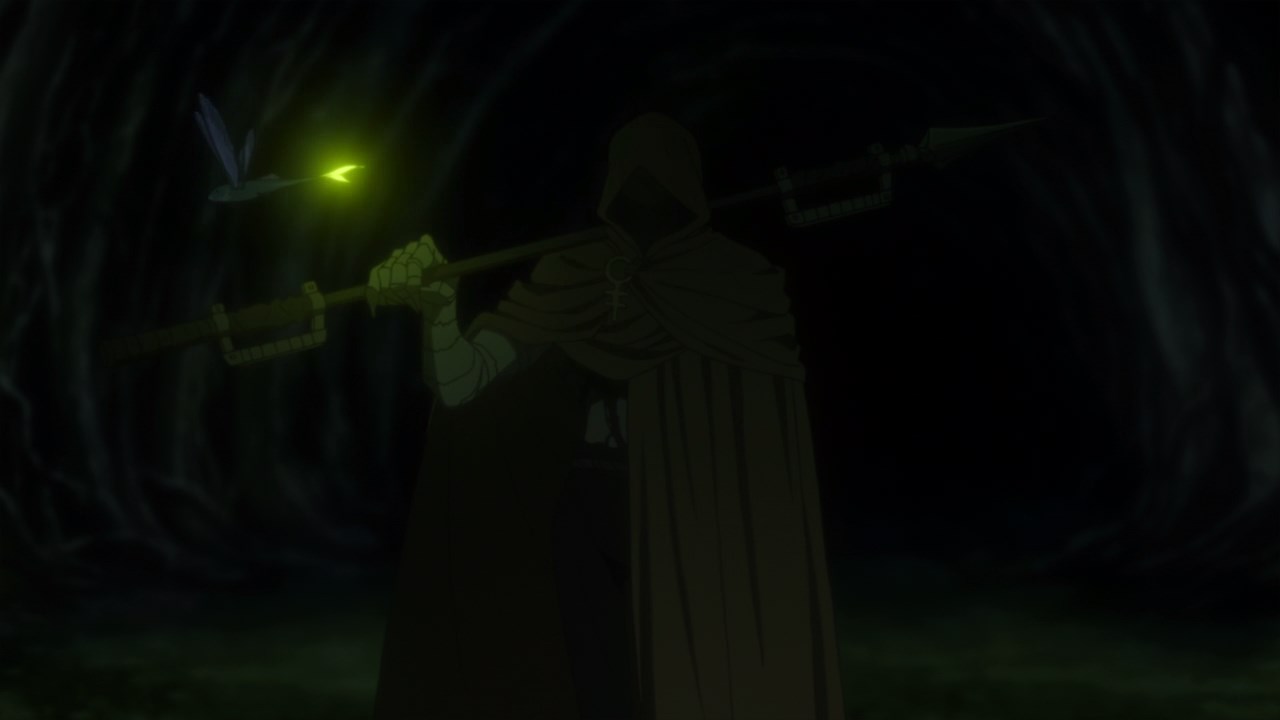 Anyways, this spear-wielding monster is named Sonju where he’s the one who rescued Ray. Oh, and he’s not alone though… 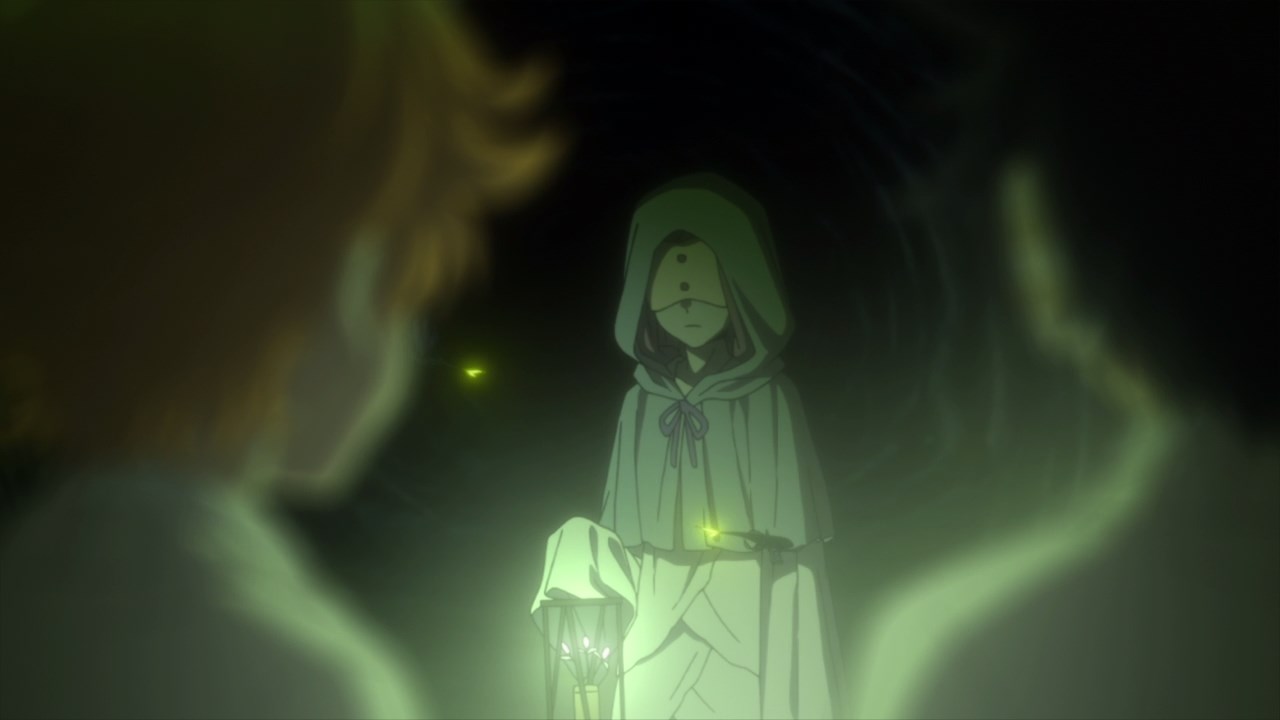 Turns out that Sonju has a companion named Mujika who also rescued Emma and the rest of the kids. Ugh, this is real bad news as they’re being approached by demons. 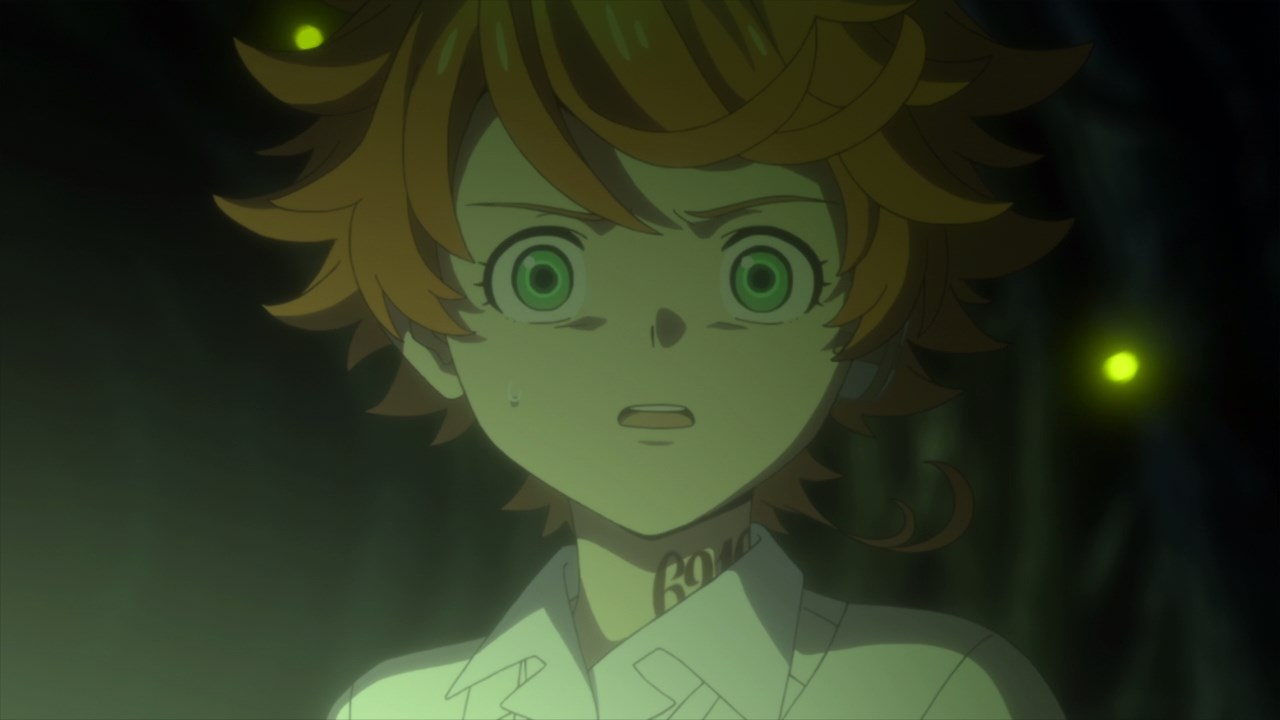 And while Emma can’t believe that those demons are the ones who rescued them, she’s worried that both Sonju and Mujika might have eaten her fellow kids.

Anyways, that’s about it for the first episode of The Promised Neverland 2nd Season and really, it’s off to a great start although I’m scared that one false move would spell doom for the kids.