Posted on January 8, 2021 by benigmatica 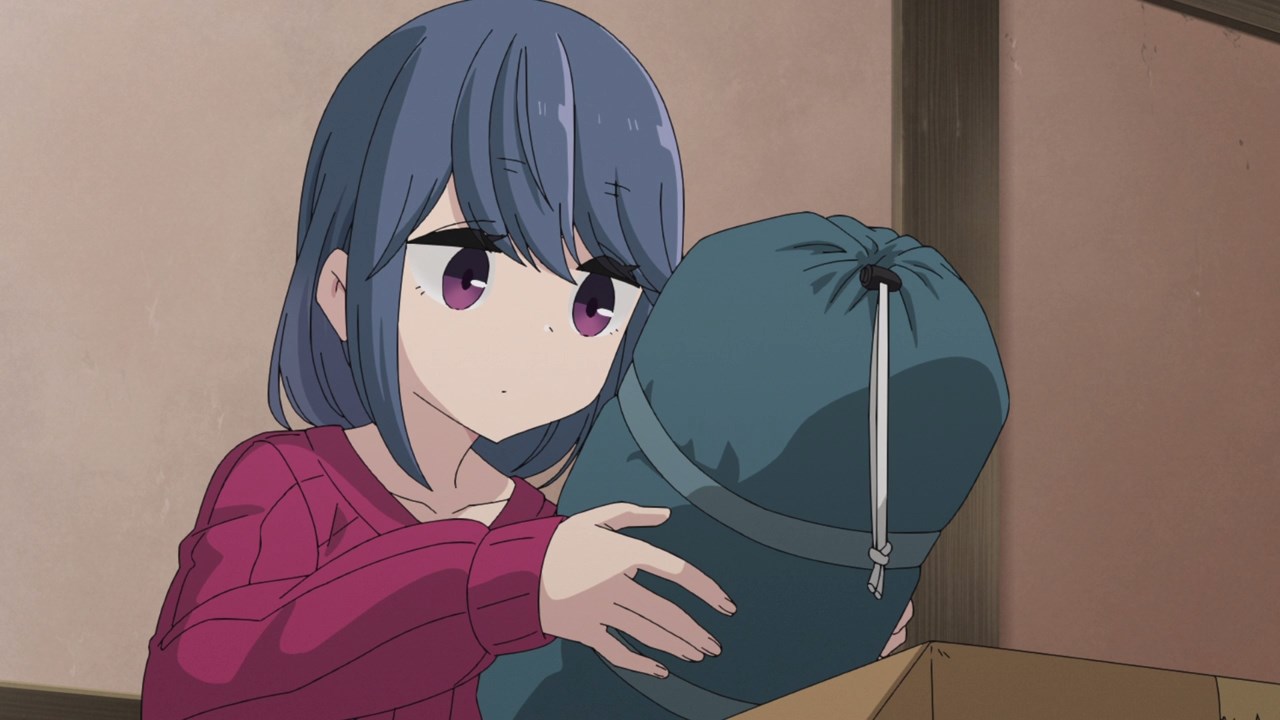 Well everyone, Yuru Camp has returned for another season and while the manga was transferred to Houbunsha’s Comic Fuz, it’s still treated as a Manga Time Kirara title.

Anyway, here’s Rin Shima where she received a brand-new tent as a gift from her cool grandfather. Y’know, the one who rides a motorcycle and serves as a narrator voiced by Akio Otsuka. 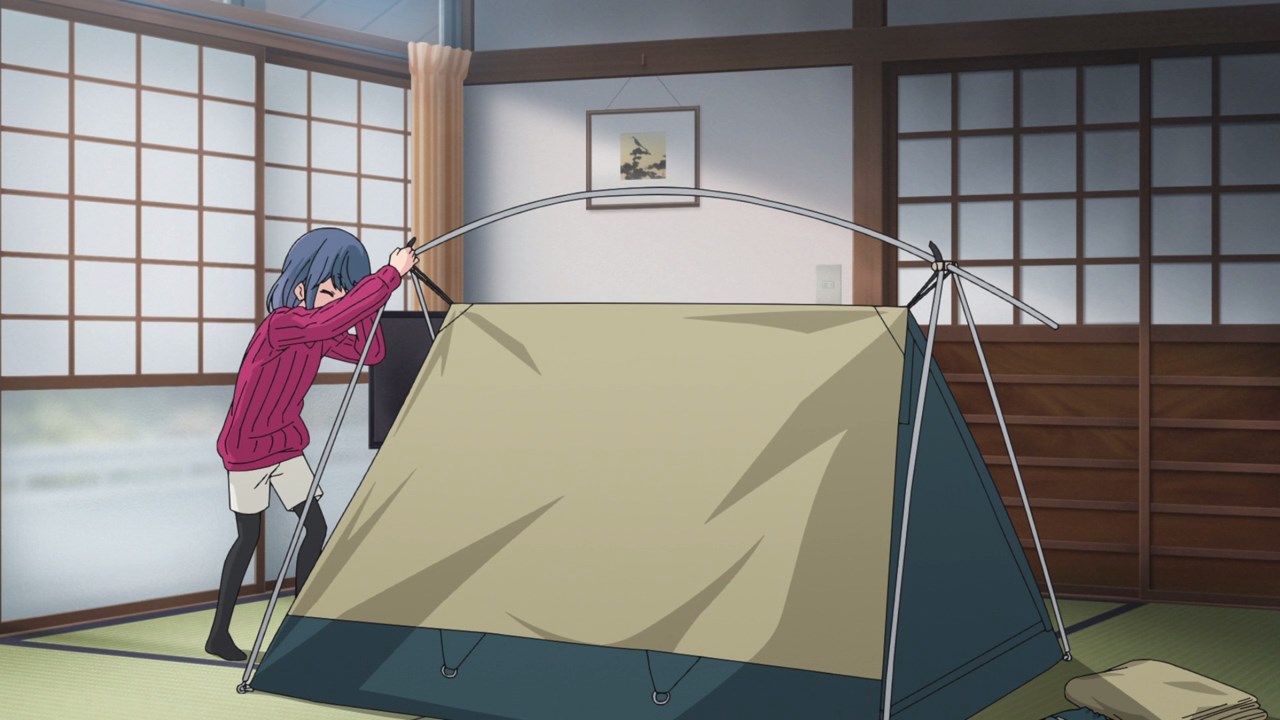 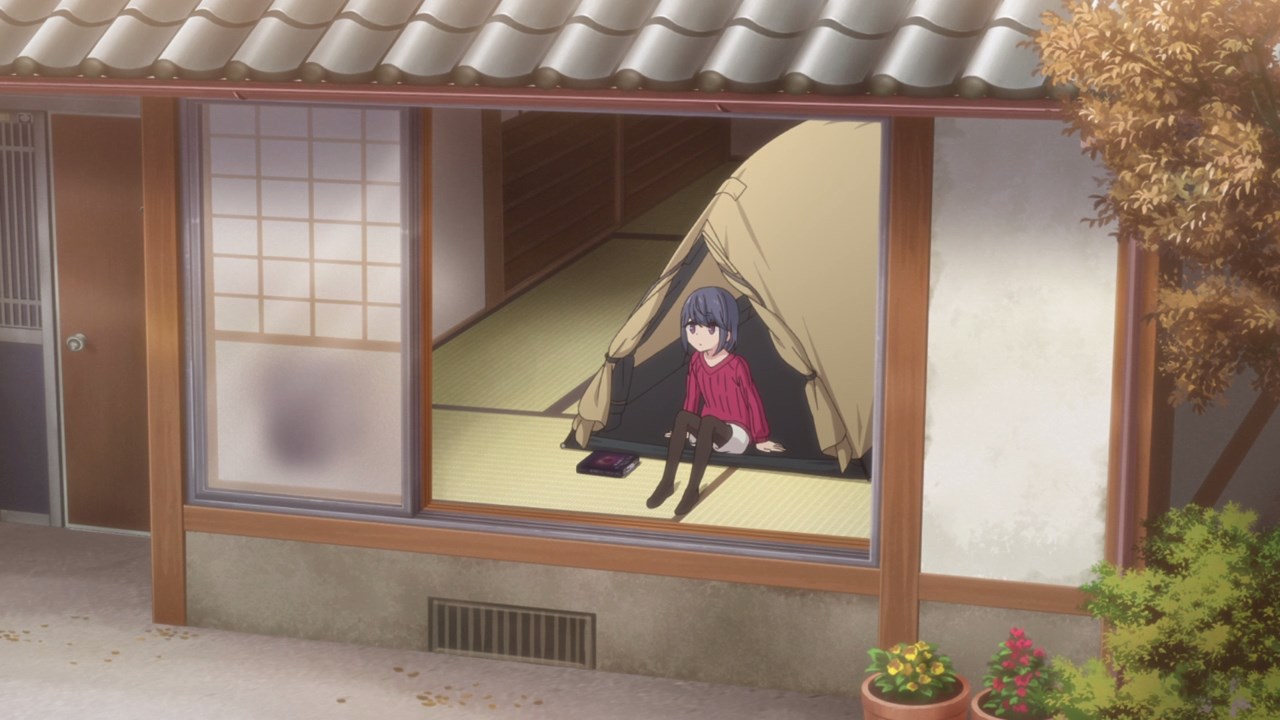 With that said, looks like Shimarin’s tent looks great after setting it up, although it would be nice if she take it outside rather than indoors. But hey, I’m glad that Rin got a new tent. 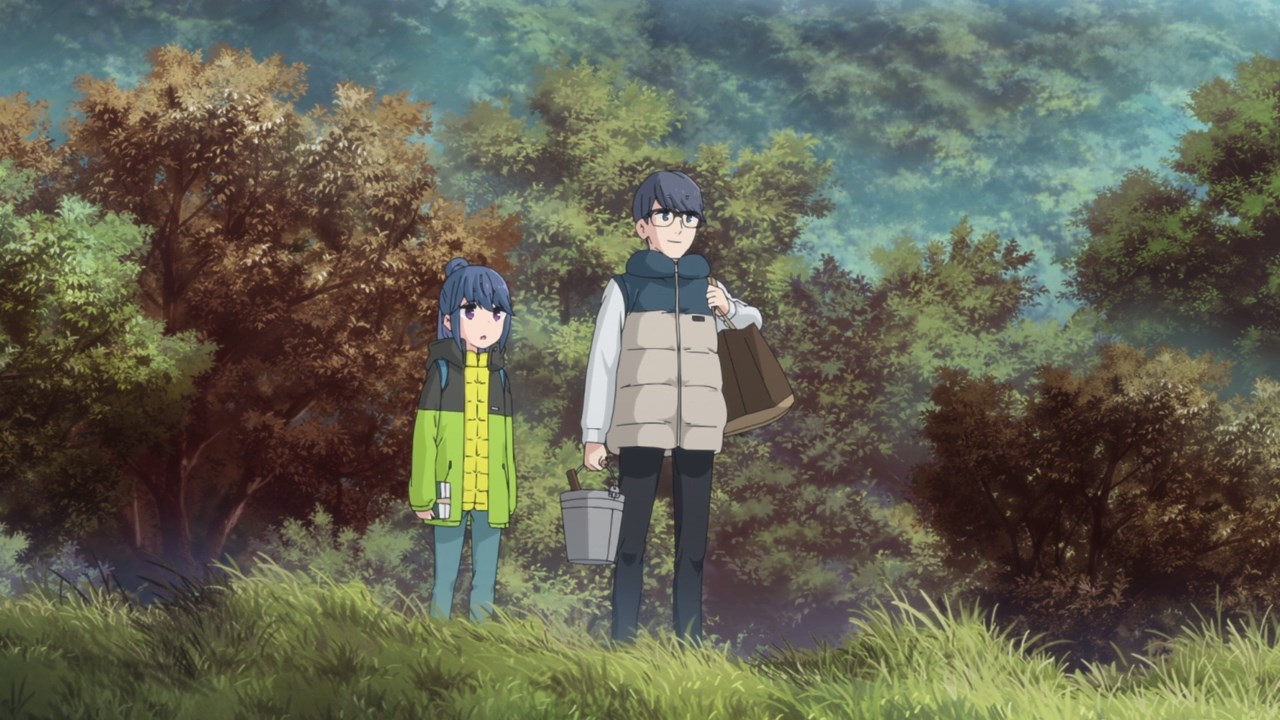 Anyways, it’s time for Rin to go for her first camping trip as her father took her to the camping site. By the way, this is just a flashback episode as Shimarin didn’t ride a bicycle or a scooter back then. 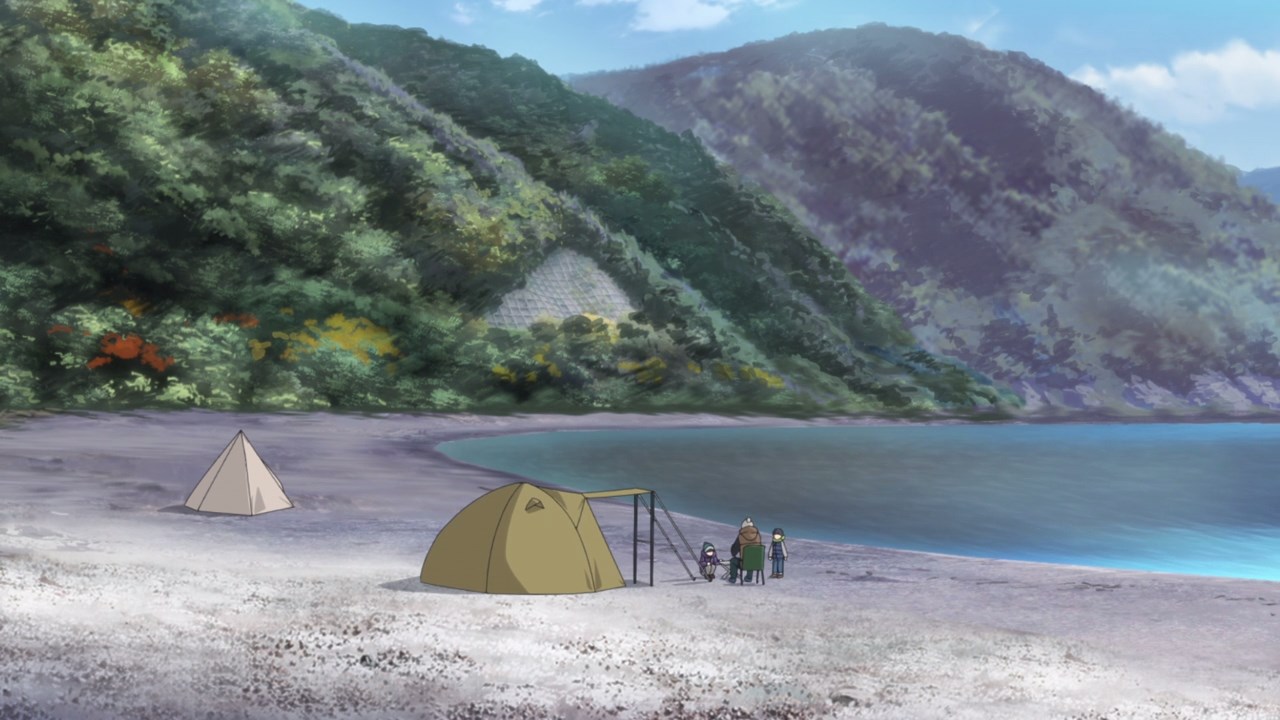 On yeah, and the camping site has a clear view of Mt. Fuji along with other campers who wanted to relax after spending their time in the city. 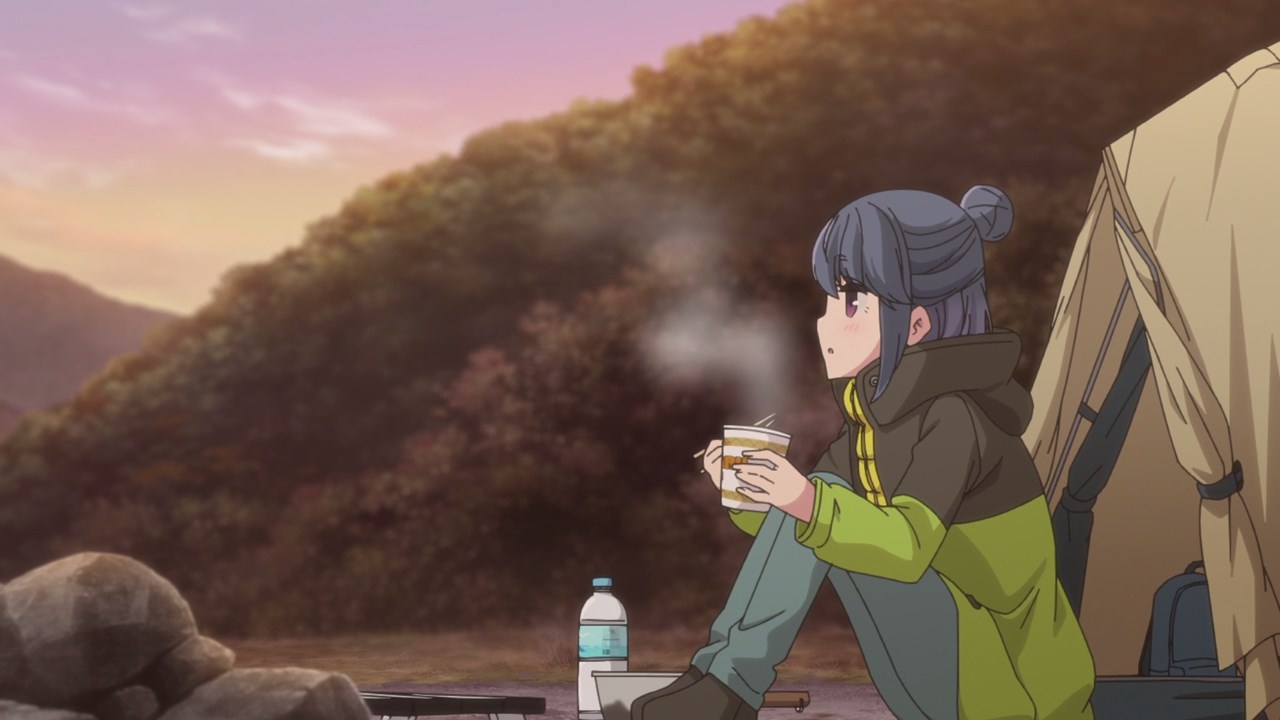 With that said, Shimarin had a great time at the camping site, although there’s some hiccups along the way like failing to cook the rice properly, therefore Rin has to settle with eating curry ramen instead. 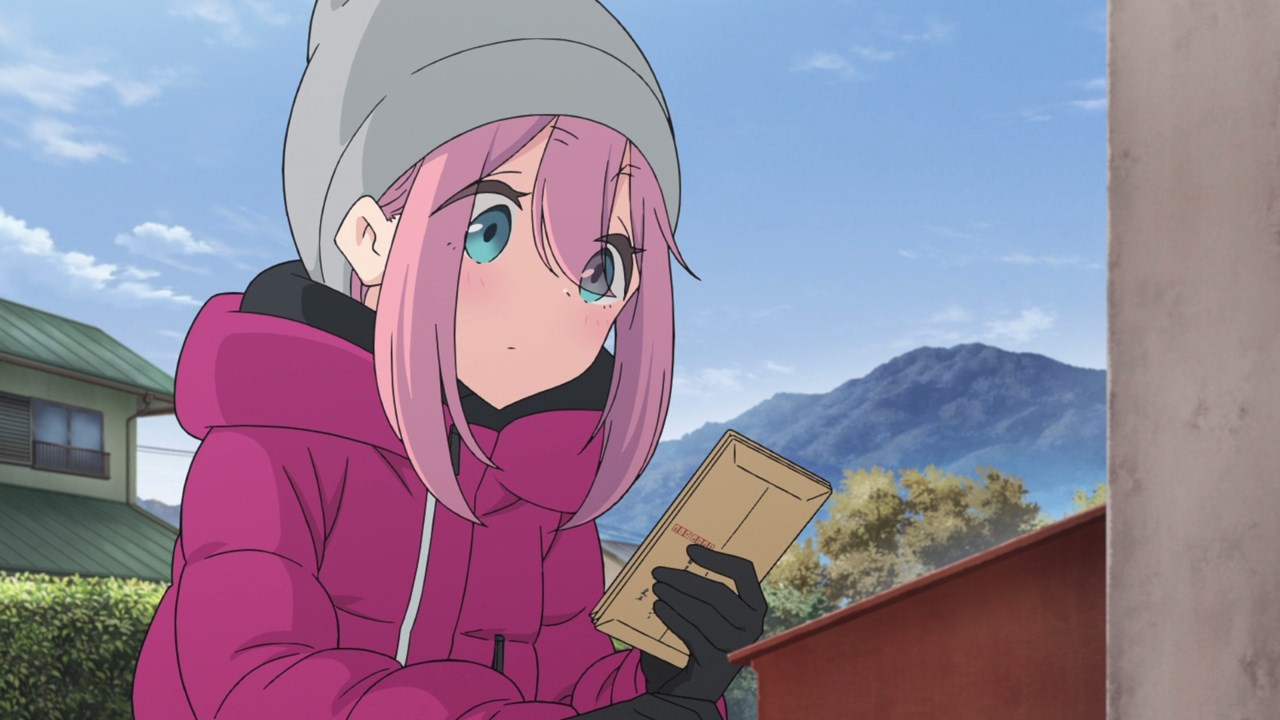 Now then, let’s move onto the present where Nadeshiko Kagamihara has a part-time job of delivering letters to various homes.

Glad that Nadeshiko got something to do in order to continue her passion of camping outdoors. After all, buying equipment and staying at a camping site costs money. 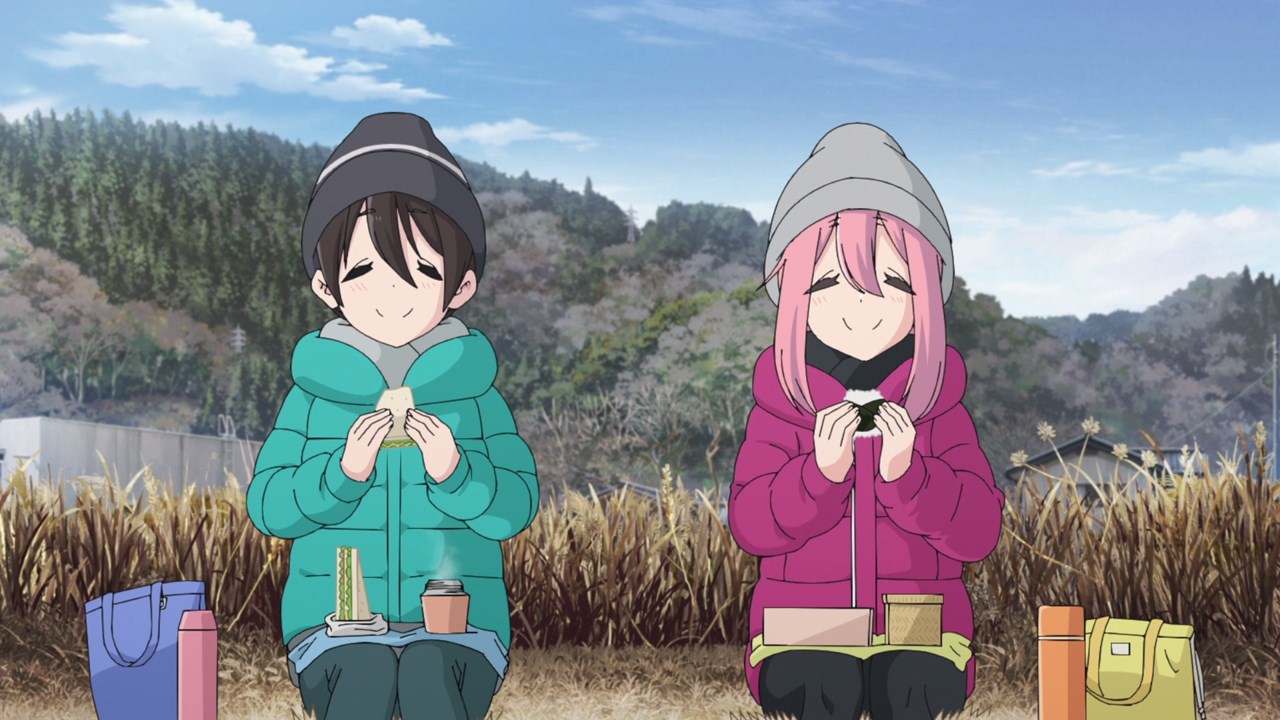 Oh yeah, and she’s joined with Ena Saitou where she somewhat got a part-time job. Then again, Ena-chan still got more cash to buy some high-end equipment I think.

With that said, let’s end this episode where Ena and Nadeshiko are enjoying their snack. Aww, I wanna protect their smile! Anyways, see ya next week.