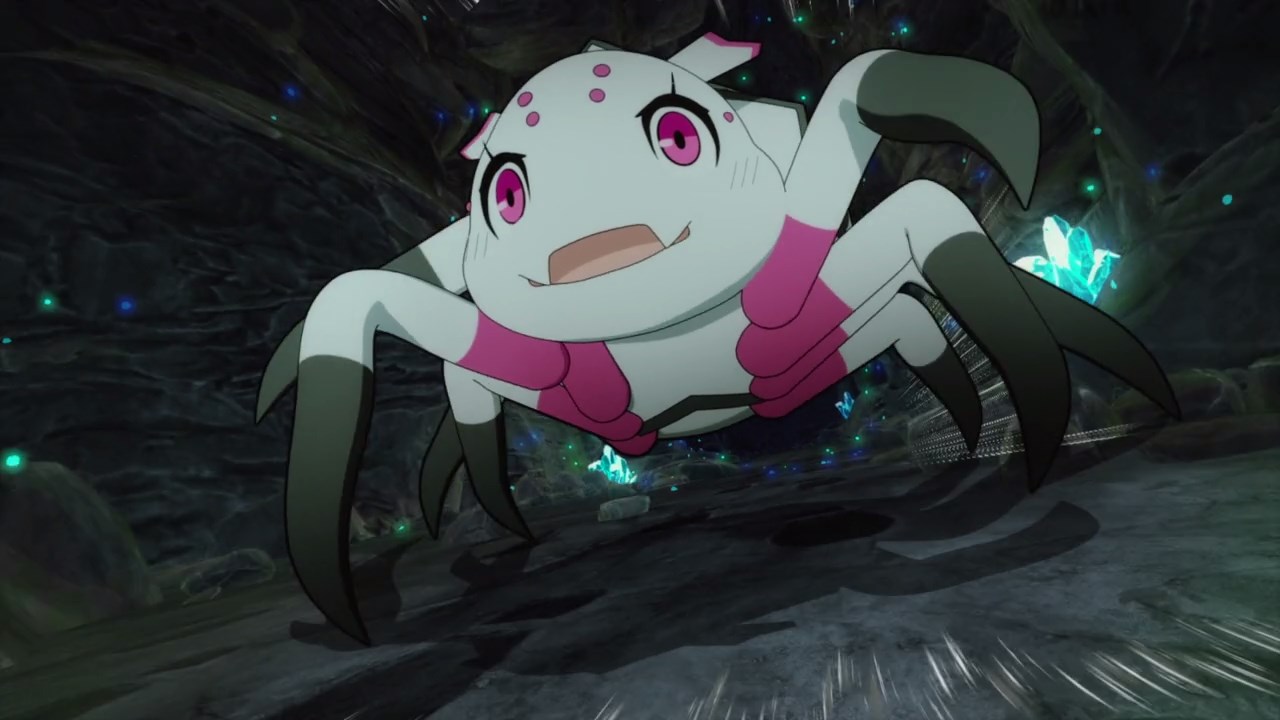 Well everyone, it’s another isekai anime show based on a light novel by Okina Baba where the main character is a nameless spider, who is self-aware about the genre itself despite the fact that she’s not the most overpowered character ever. 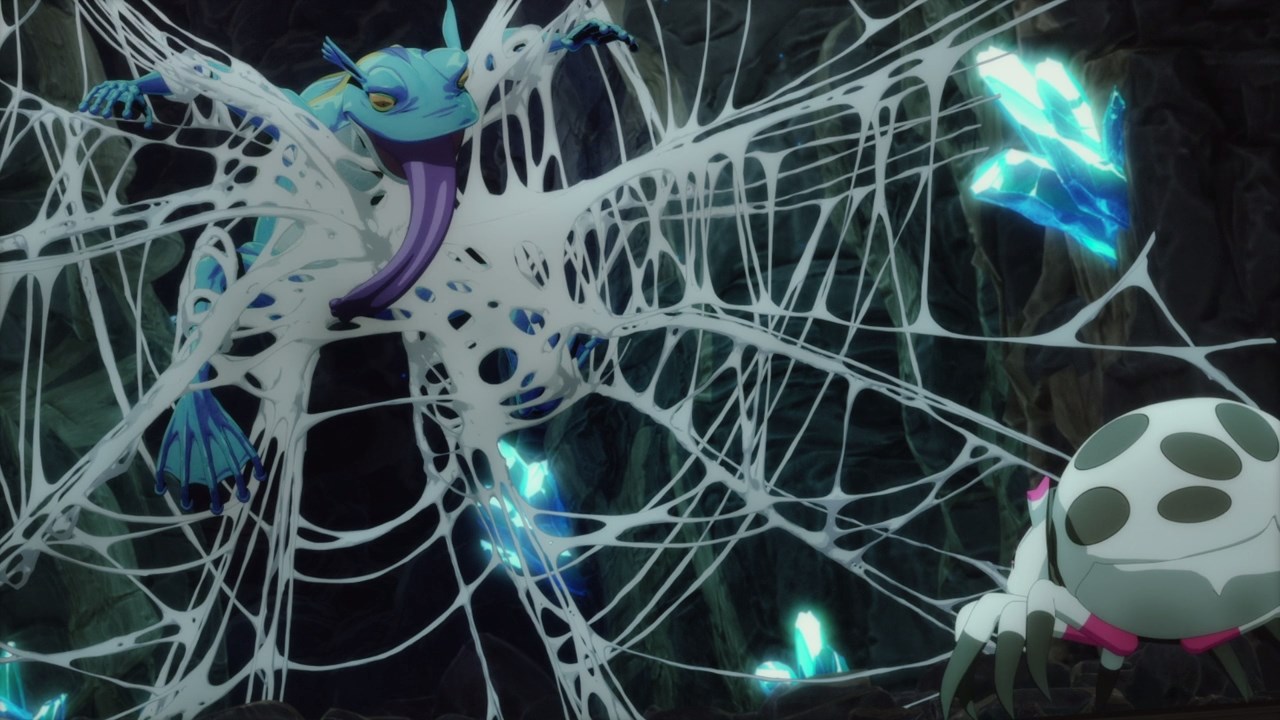 Anyways, it’s time for Ms. Spider to eat something since she just reincarnated. Luckily, she found a frog who got tangled by a spider web.

It doesn’t matter who made this trap for as long as the nameless spider have something to eat. Then again, eating a frog is a bit disgusting according to her but you know what, she’ll do just fine. 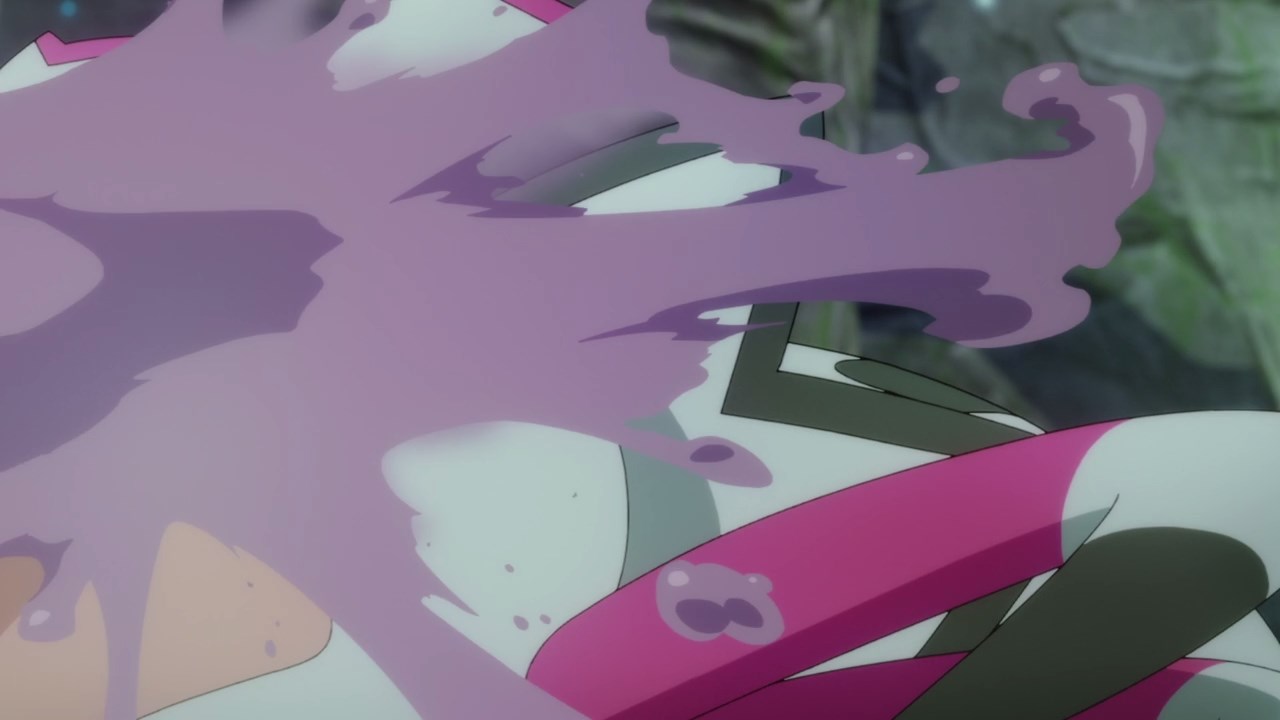 Unfortunate for Ms. Spider, she got sprayed by a nasty venom in which the left side of her face got burned and her left eye got busted. 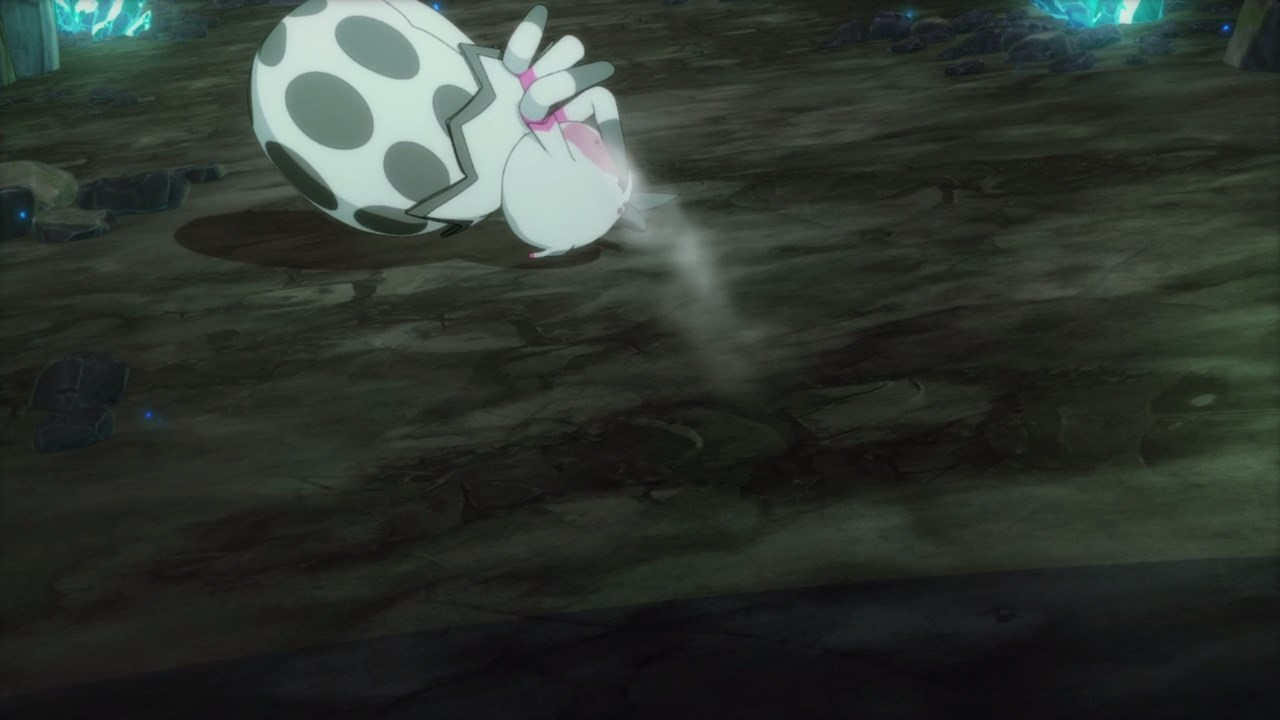 Oh, and you think that she has many eyes to compensate for her impaired vision? You’re wrong ’cause the nameless spider only have 2 human-size eyes since she’s reincarnated after all. 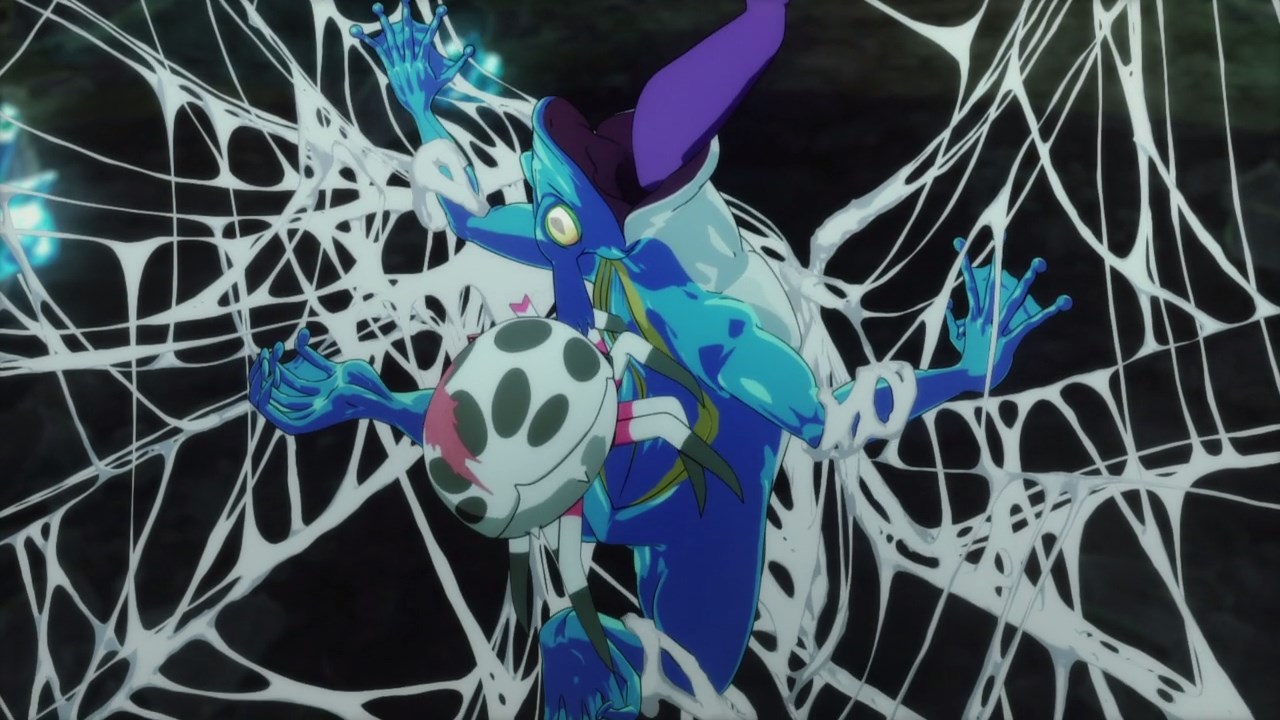 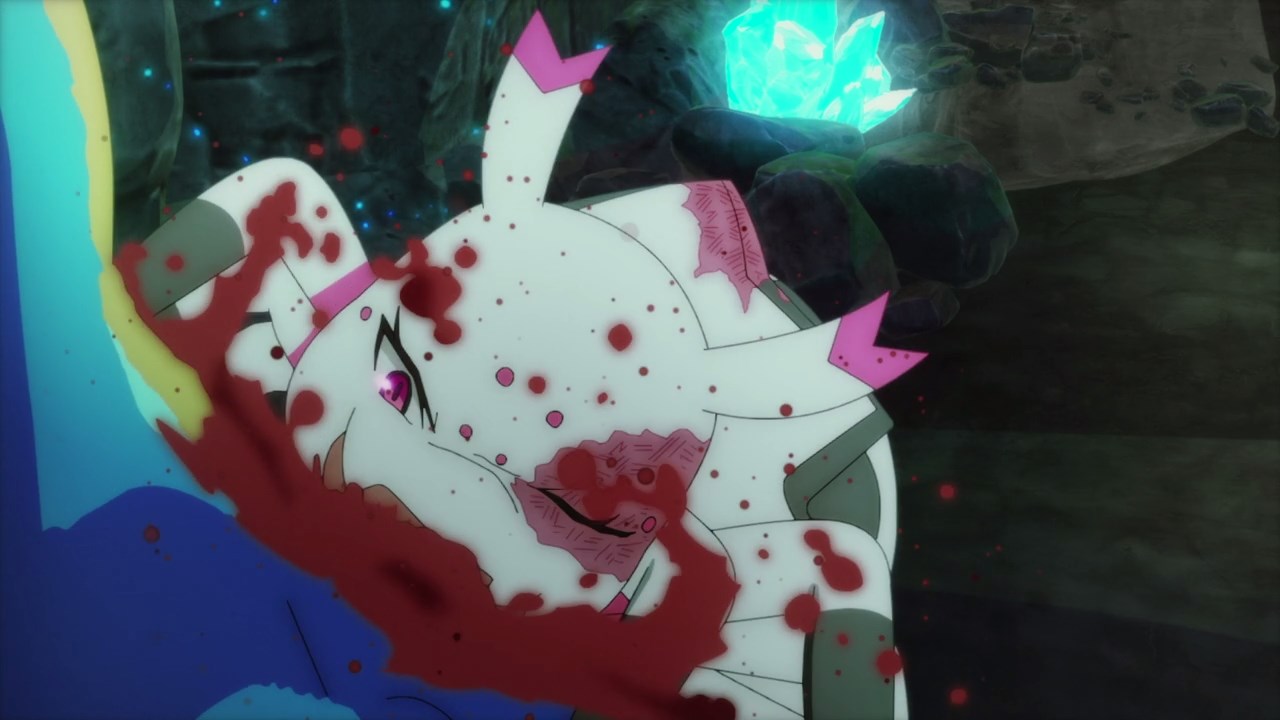 But that doesn’t stop the nameless spider from chomping the frog until it’s dead. And while we’re at it, Ms. Spider gained skills upon eating a fellow spider or other monsters.

Anyways, looks like Ms. Spider can survive on her own, although I wonder what happened to her classmates since she’s not the only one who reincarnated into another world? 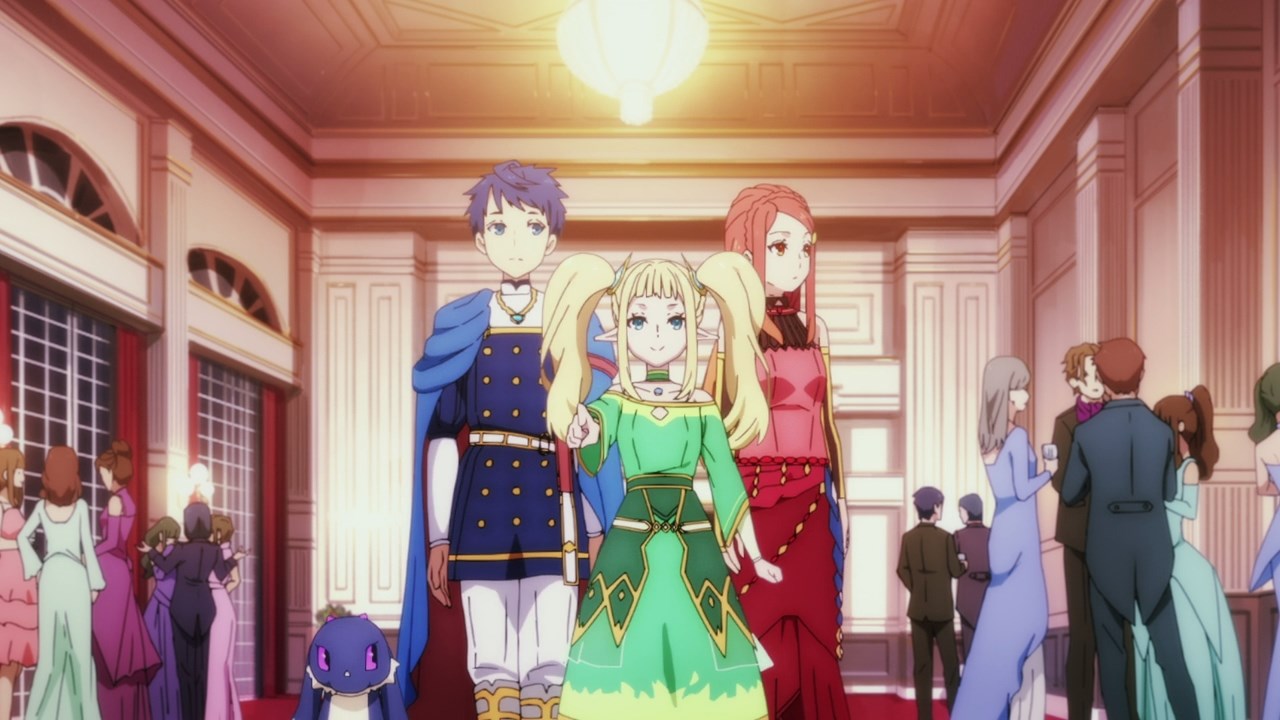 Well, most of her classmates have been reincarnated into heroes, some are even part of royalty if they’re lucky enough. 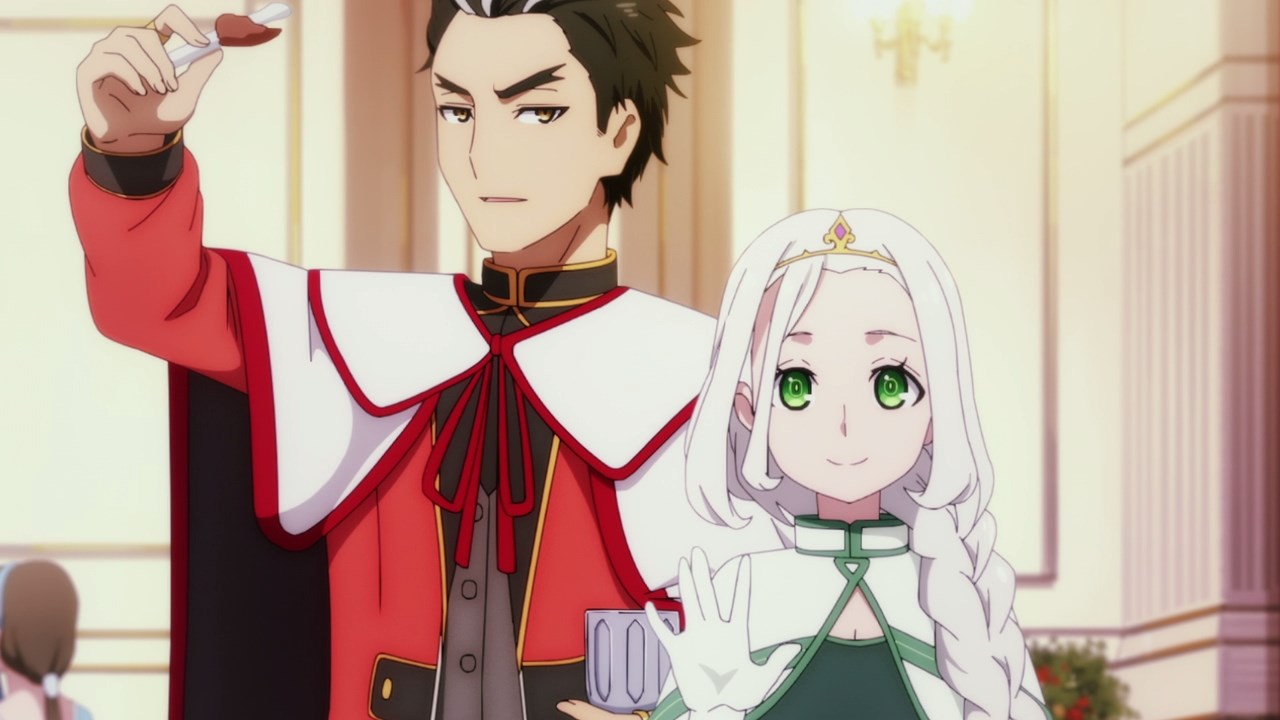 On the other hand, there’s Hugo Baint Renxandt and Yurin Ullen who are also reincarnated people. Man, I have to say that they’re the lucky ones compared to Ms. Spider. 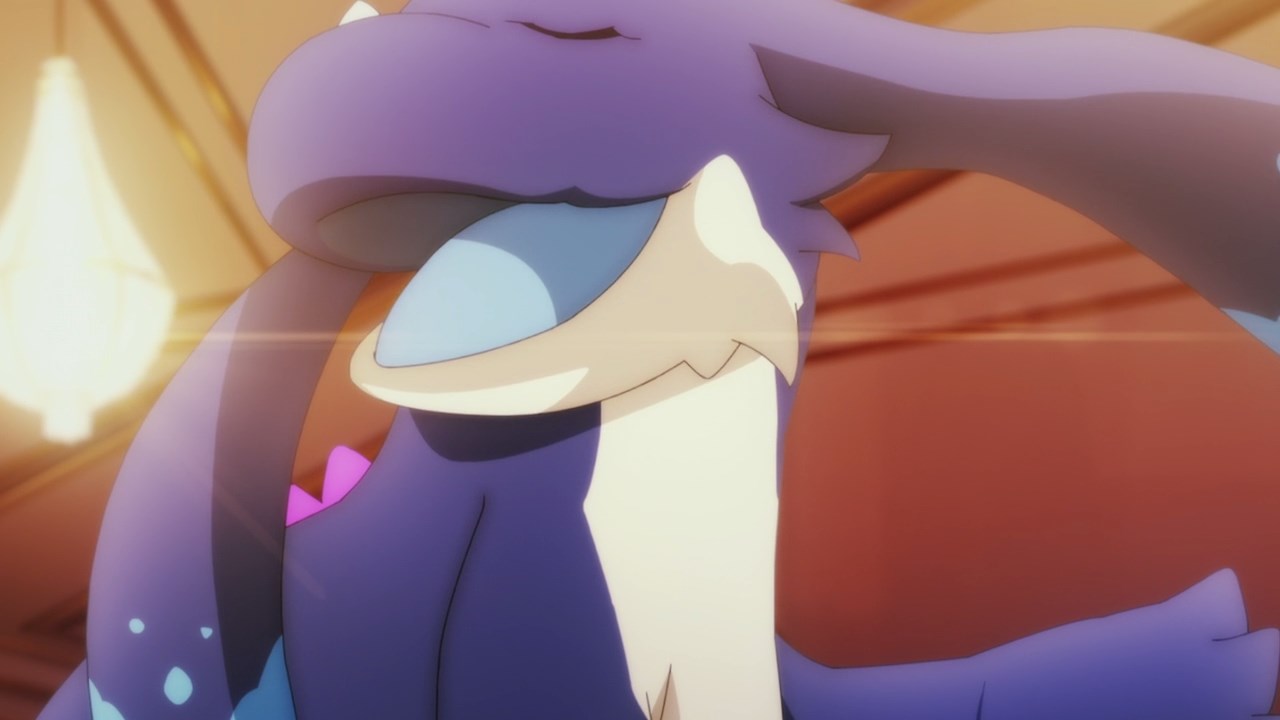 One more thing, turns out that Schlain’s pet dragon Feirune can actually talk as it’s revealed that her previous life is Mirei Shinohara. 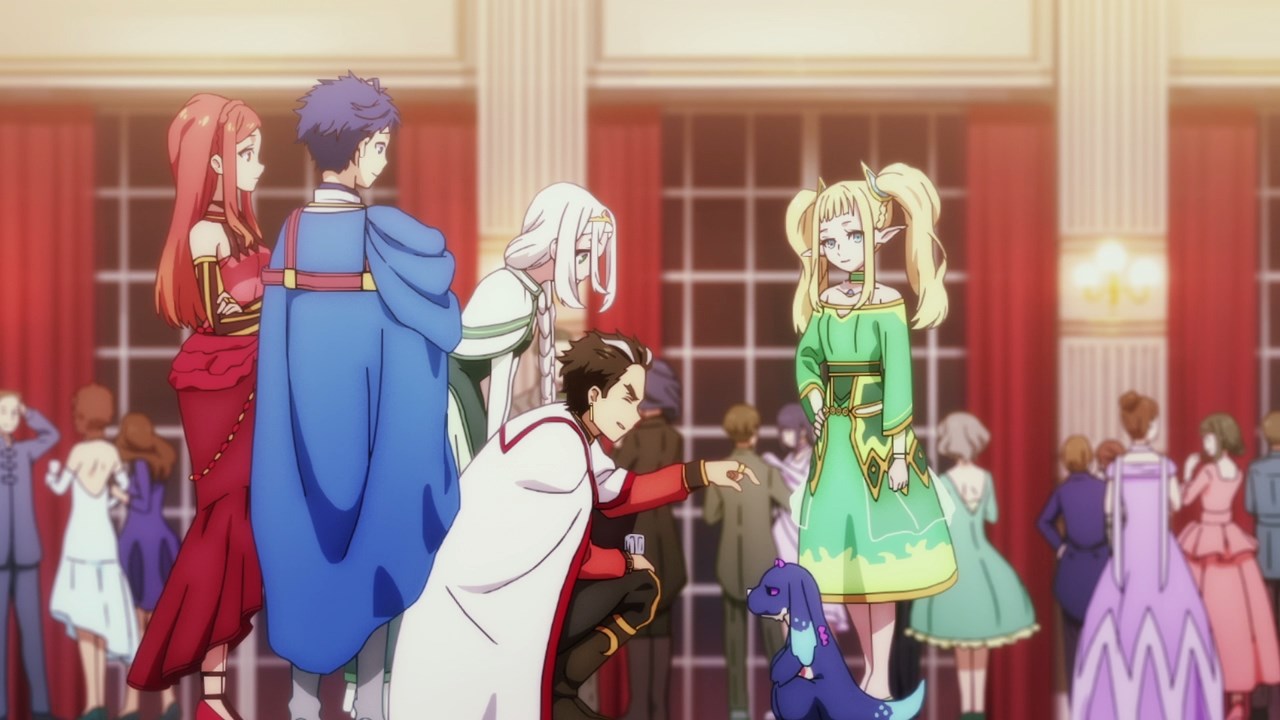 Of course, Hugo laugh at Feirune for being a reincarnated dragon, although he shouldn’t mock the dragon ’cause Feirune might become stronger than the crown prince. Still, I wonder if they remember a certain gloomy classmate who became a spider? Nah, they forgot about her.

But that’s about it for the first episode and I have to say that the main protagonist that is Ms. Spider is very funny who knows everything about isekai, but she’s not a coward though as Ms. Spider has the determination to survive. On the other hand, I feel that the reincarnated heroes might not be as strong as I hope for.

In any case, I’ll see you next time where Ms. Spider needs to get stronger just in case those heroes might encounter her.