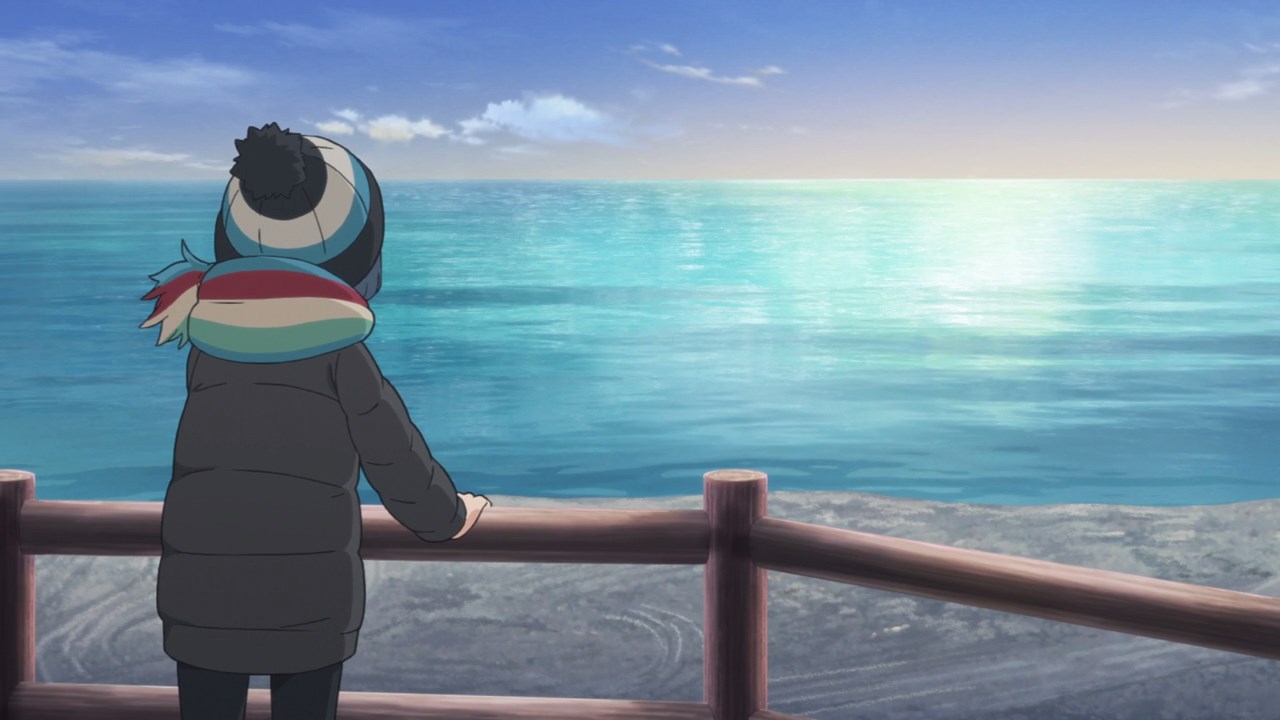 Well everyone, Rin Shima is here as she’s spending her New Year’s Eve outdoors. So the first thing she did is to see the ocean as Rin-chan is very excited to see one! 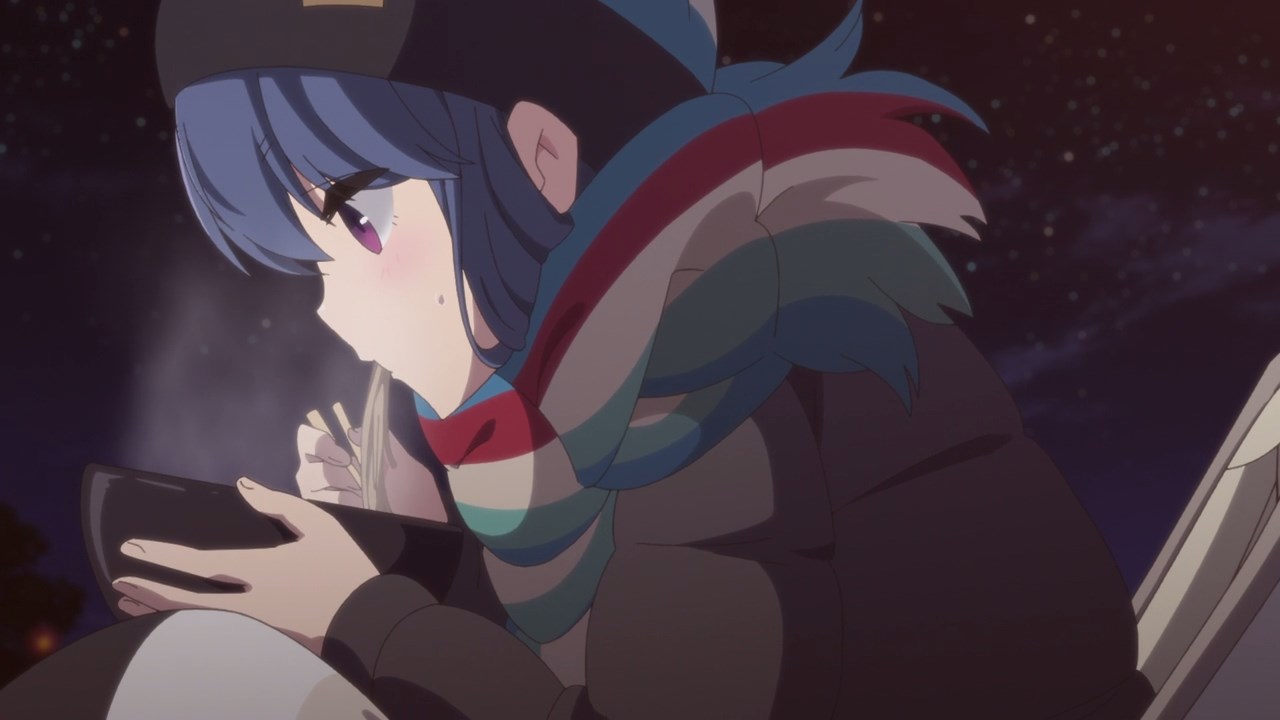 Of course, she didn’t just cook the entire pack and call it a day as Rin added spring onions, a deep-fried fish, and an assortment of mushrooms which will make her soba noodles very special for New Year’s Eve. 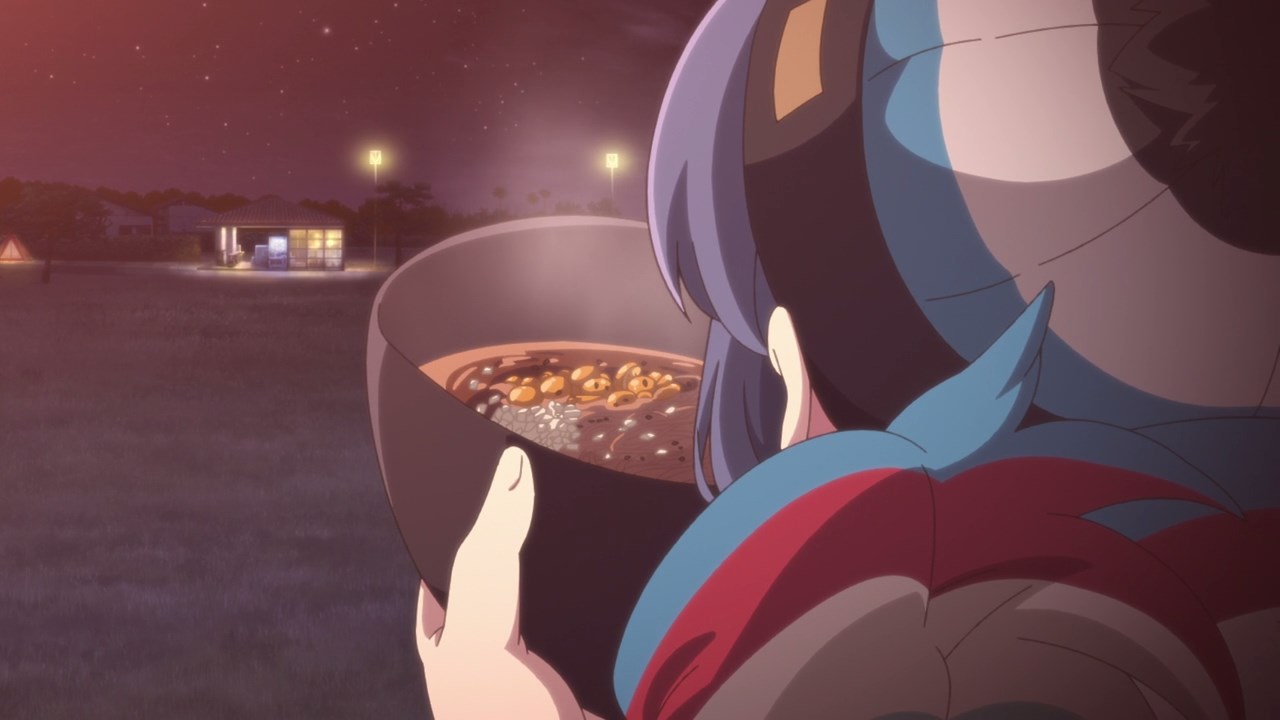 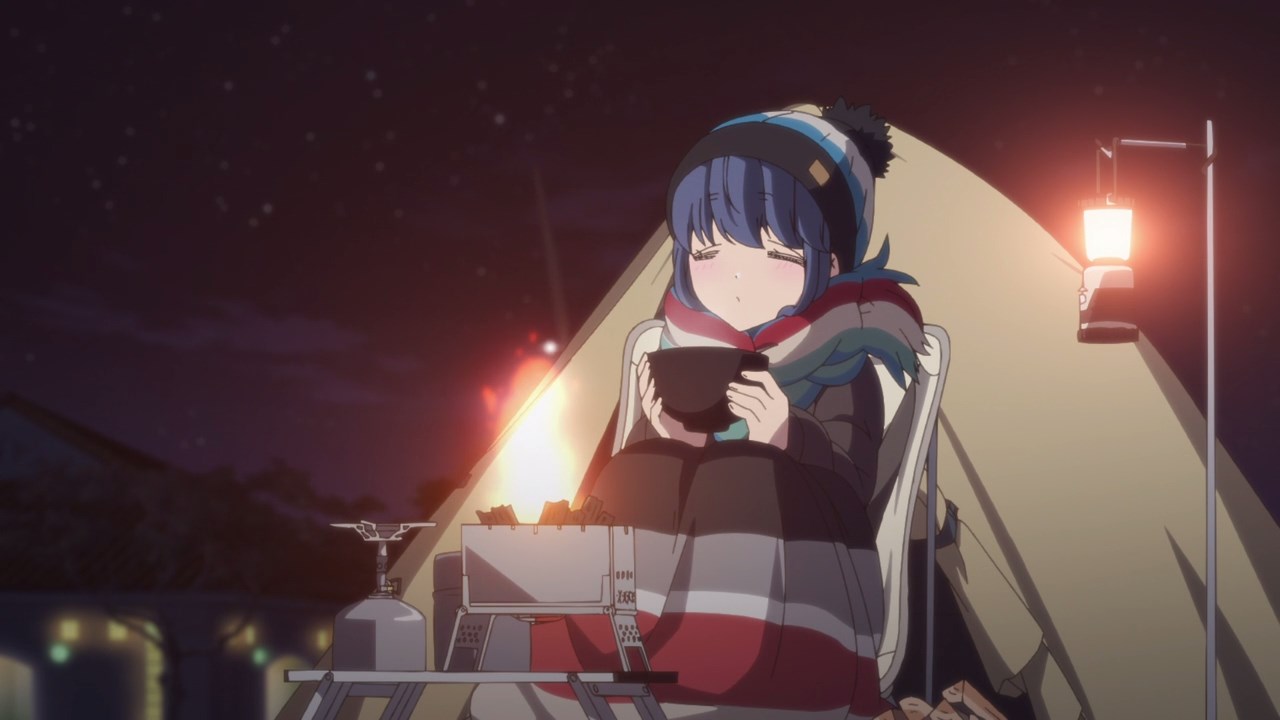 In any case, looks like Rin is satisfied with her duck soup soba. Now, Rin will have to take a nap as she’s looking forward to see the first sunrise. 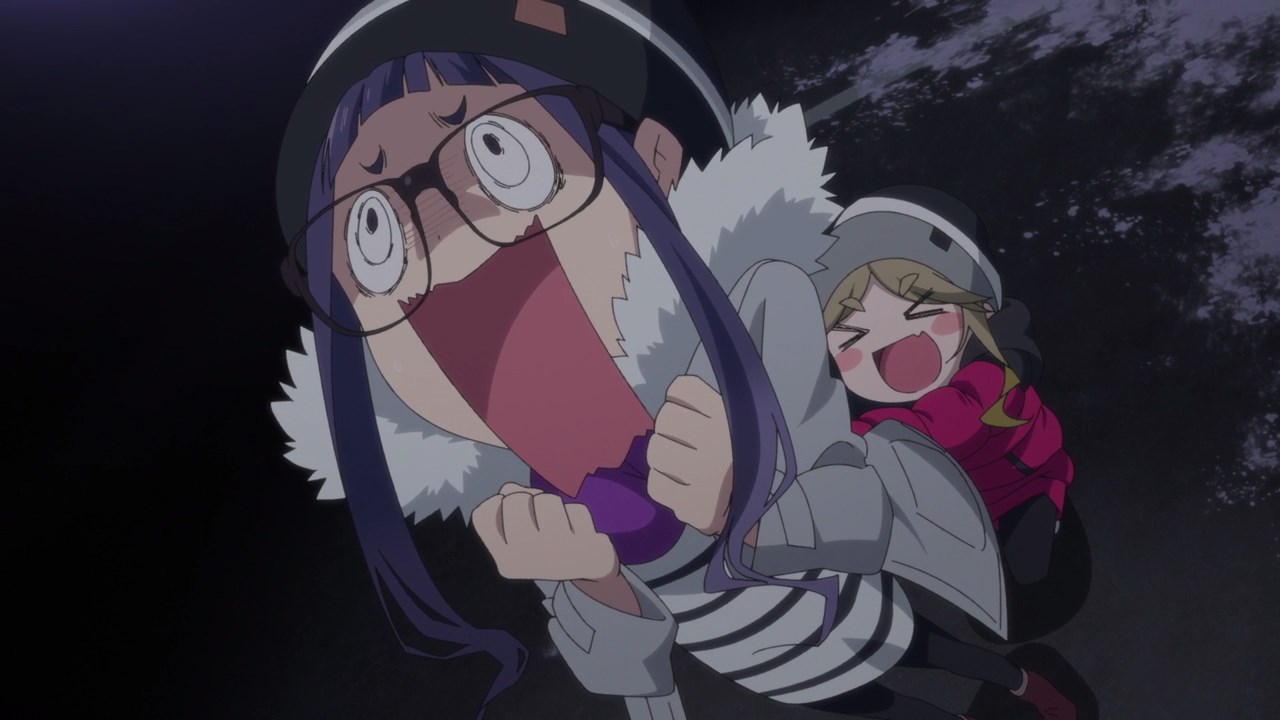 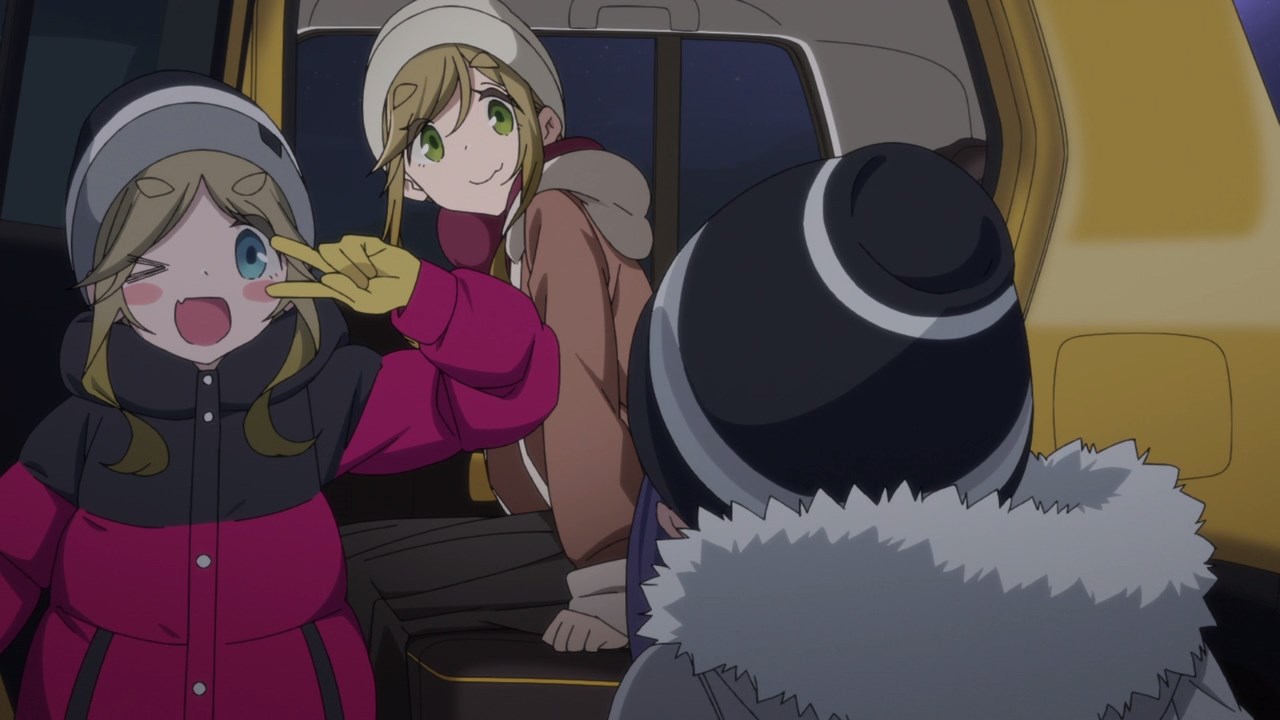 Oh yeah, their club advisor Minami Toba will join them as she brought her car to drive the two club members and Akari to their destination. 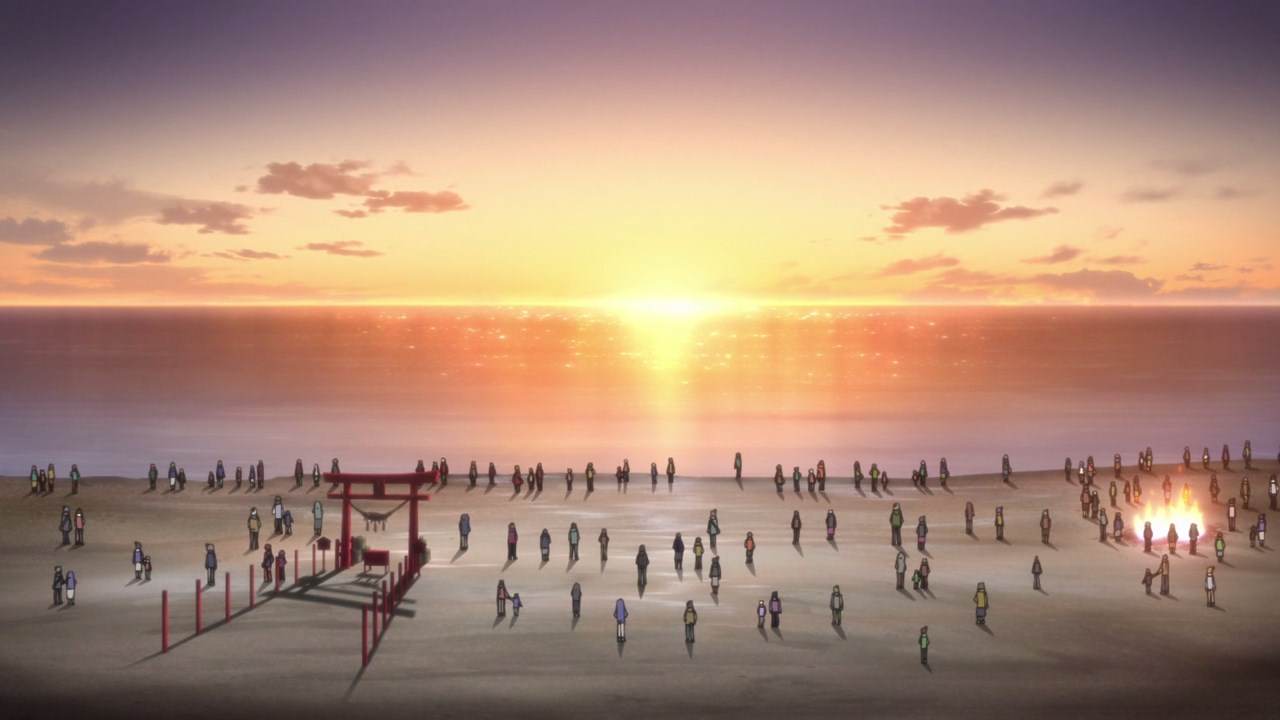 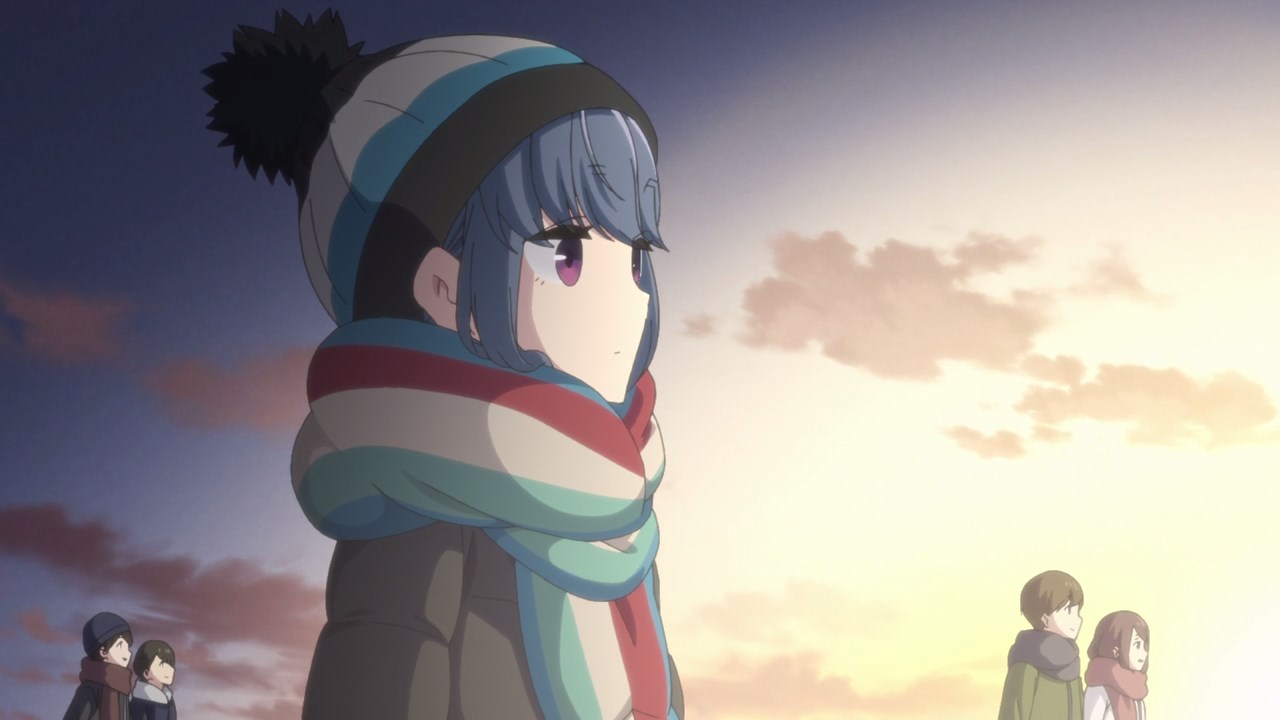 But let’s return to Rin Shima where she finally see the first sunrise of the new year. And really, it looks beautiful as the sun rises over the ocean. 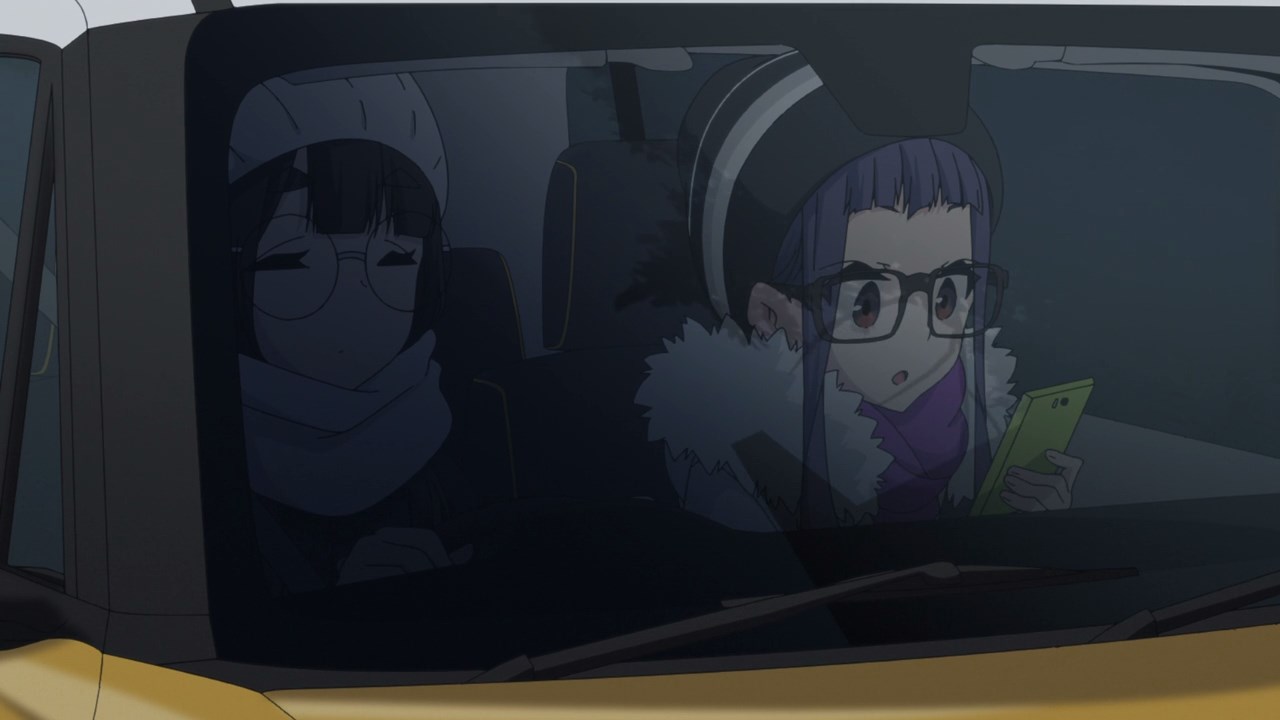 Moving back to Chiaki Oogaki where she told Toba-sensei that they need to get to Mt. Fuji as quickly as possible.

I mean, the sun has already risen, so they can’t miss the opportunity to see the sun rising above Mt. Fuji. 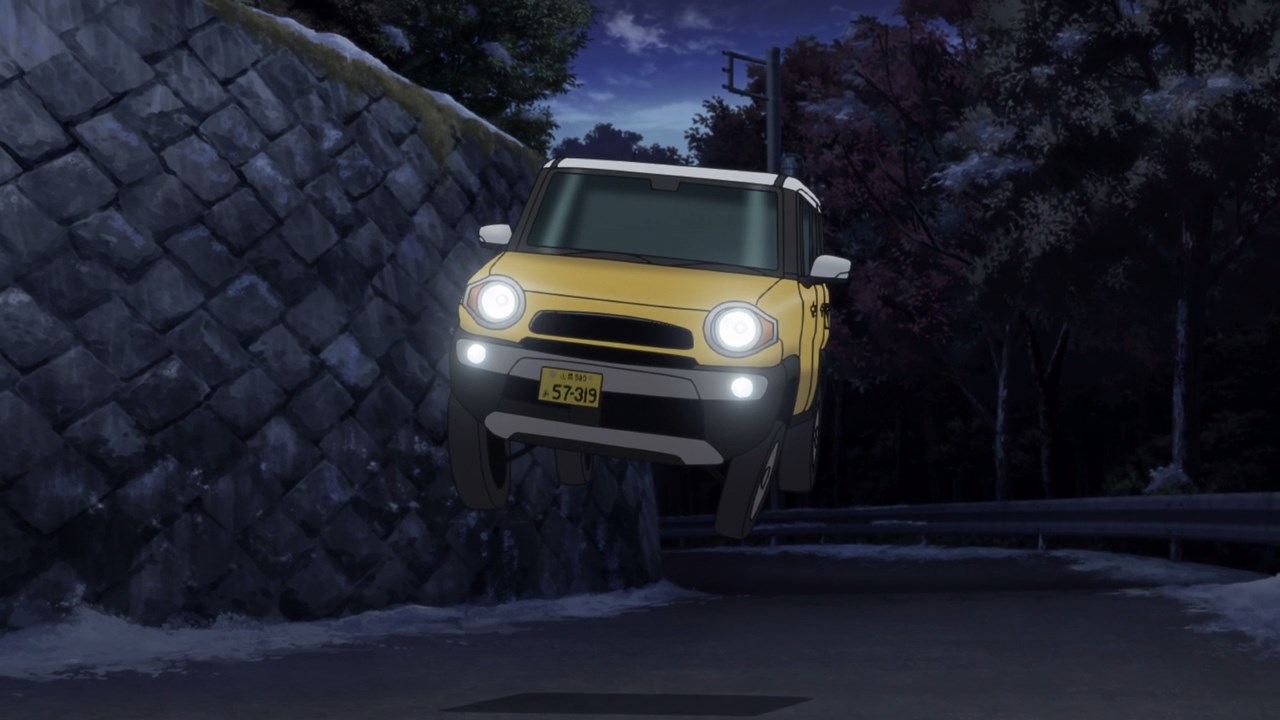 Well then, looks like Minami Toba will have to put the pedal to the metal as she race towards Mt. Fuji. Now if only there’s eurobeat music to fit this scene… 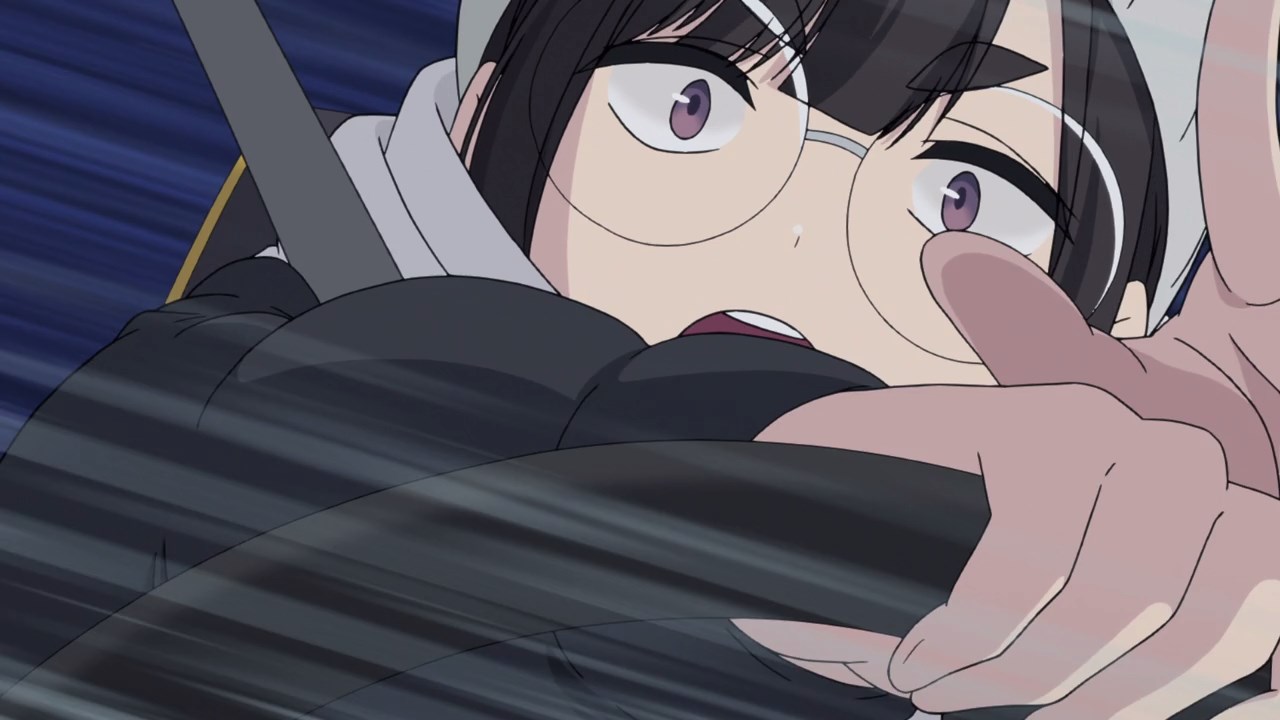 On the other hand, I wish Toba-sensei is not sobered-up ’cause that would be troublesome. But hey, she’s doing great at drifting towards the mountain pass. 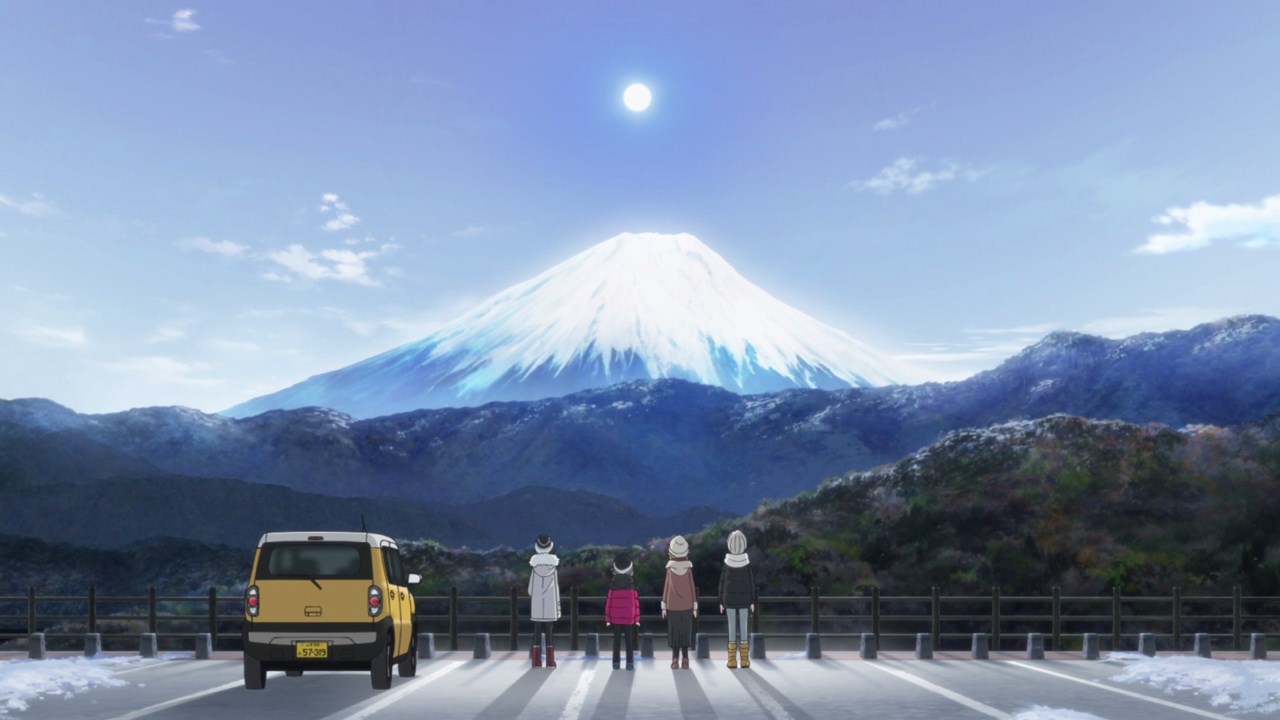 Anyways, they’ve arrived at Mt. Fuji but it appears that the sun has already risen above the mountain. So much for Toba-sensei’s mad driving. 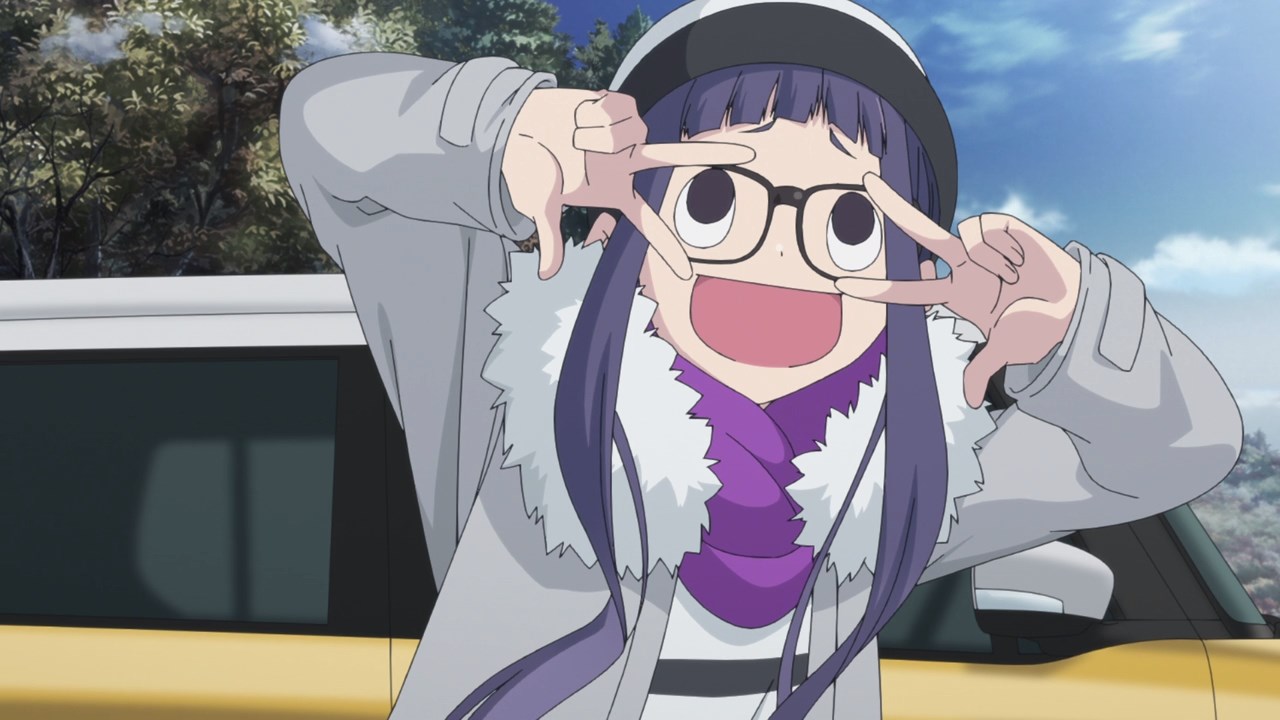 As for Chiaki Oogaki, it appears that she made a grave miscalculation on her part as the sun has risen earlier than expected. 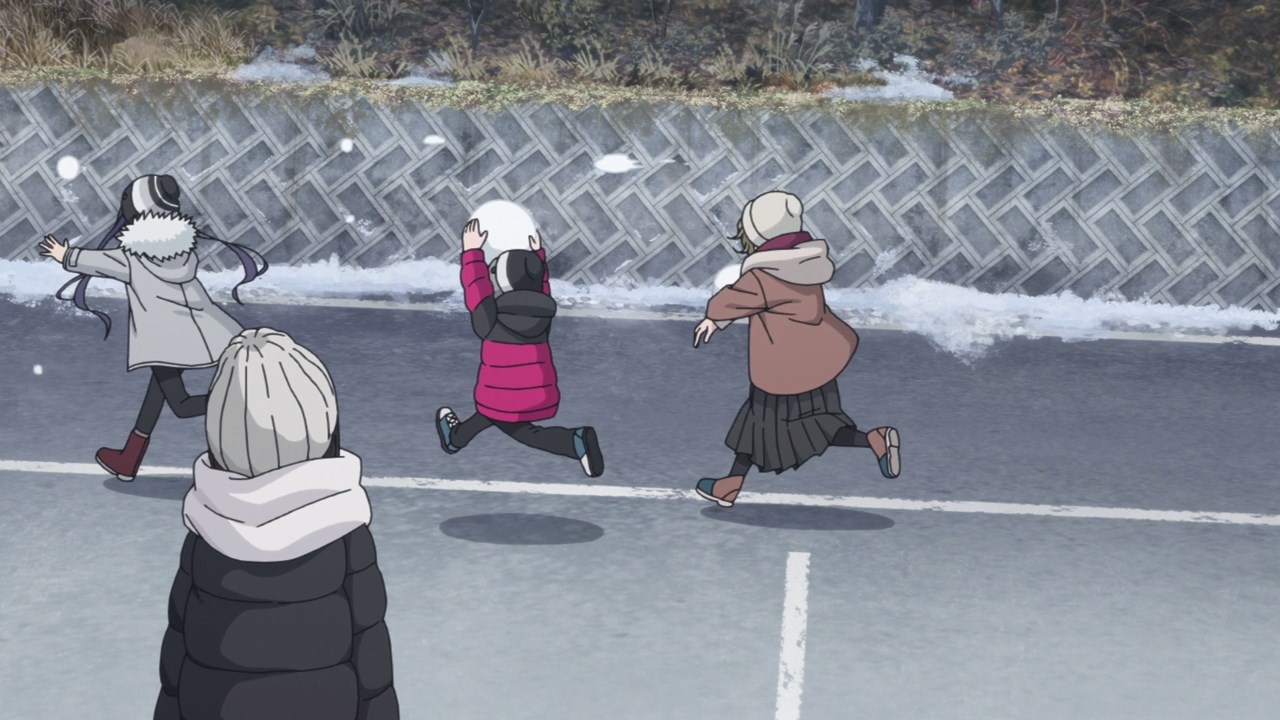 But anyways, looks like Chiaki is getting a fistful of snow from Aoi and Akari Inuyama. If only they arrive at the mountain earlier. 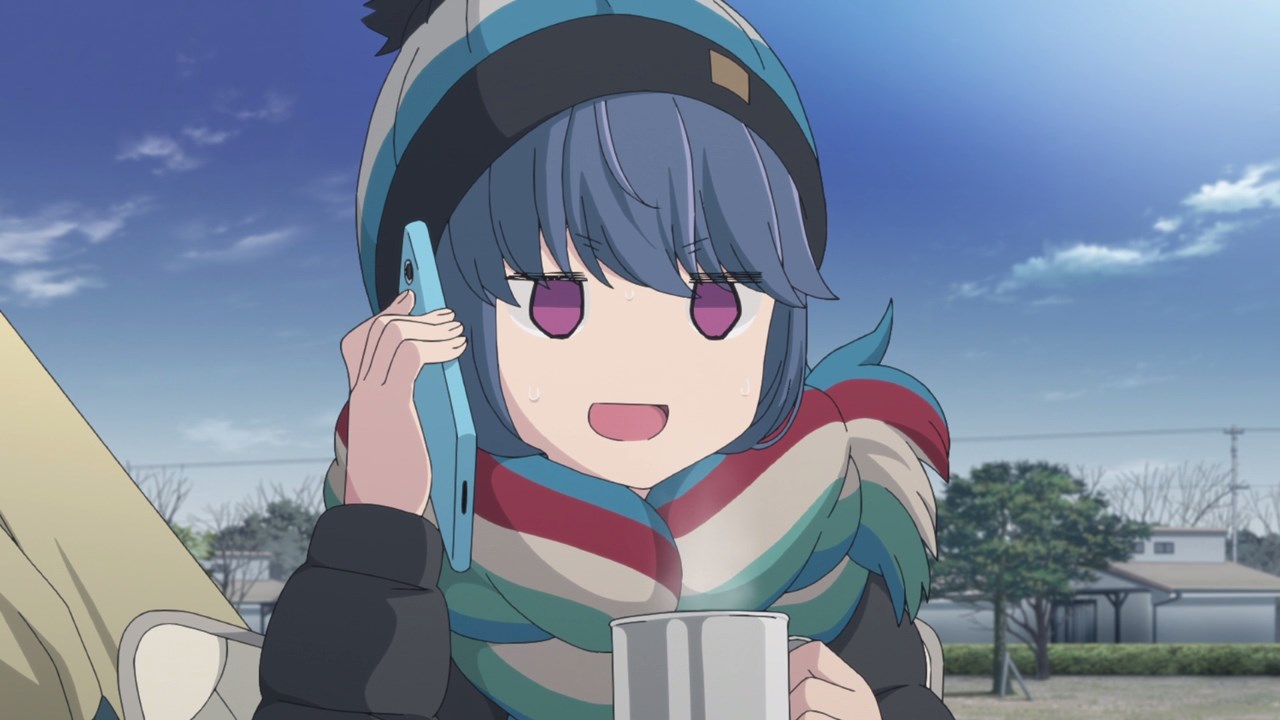 One last thing, it appears that Rin got a call from her mother as she was told that the road has gone slippery. Basically, riding back home will be dangerous so therefore Shimarin will have to stay at the campsite for another day.

But that’s about it for the 2nd episode as I’ll see you next time. Man, I’m hoping that Rin has enough money to extend her stay…