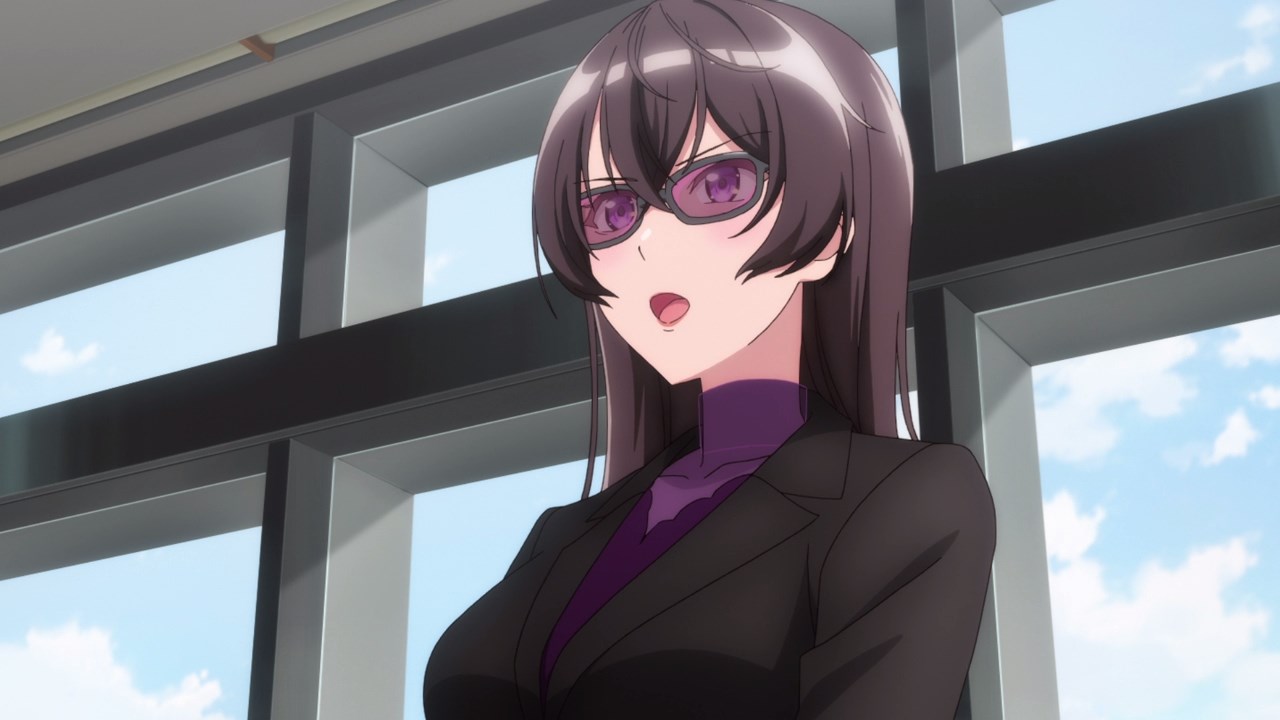 Well, it appears that Shano Himegami told Photon Maiden to get better next time after their loss during the face-off. And seriously, she was very disappointed with the results when Happy Around beat Photon Maiden. 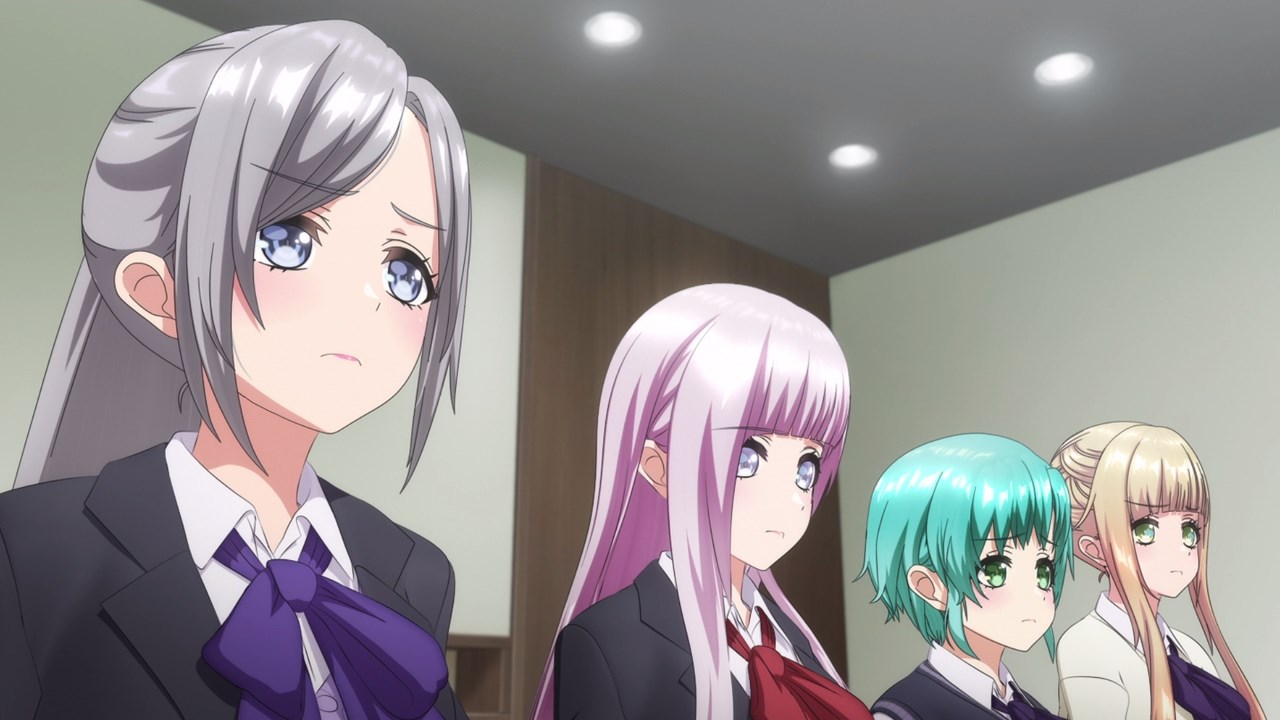 Still, at least Himegami-san didn’t fire Saki Izumo and the rest of Photon Maiden just because they failed to win the competition, thus they have another chance of improving themselves should they get invited again. 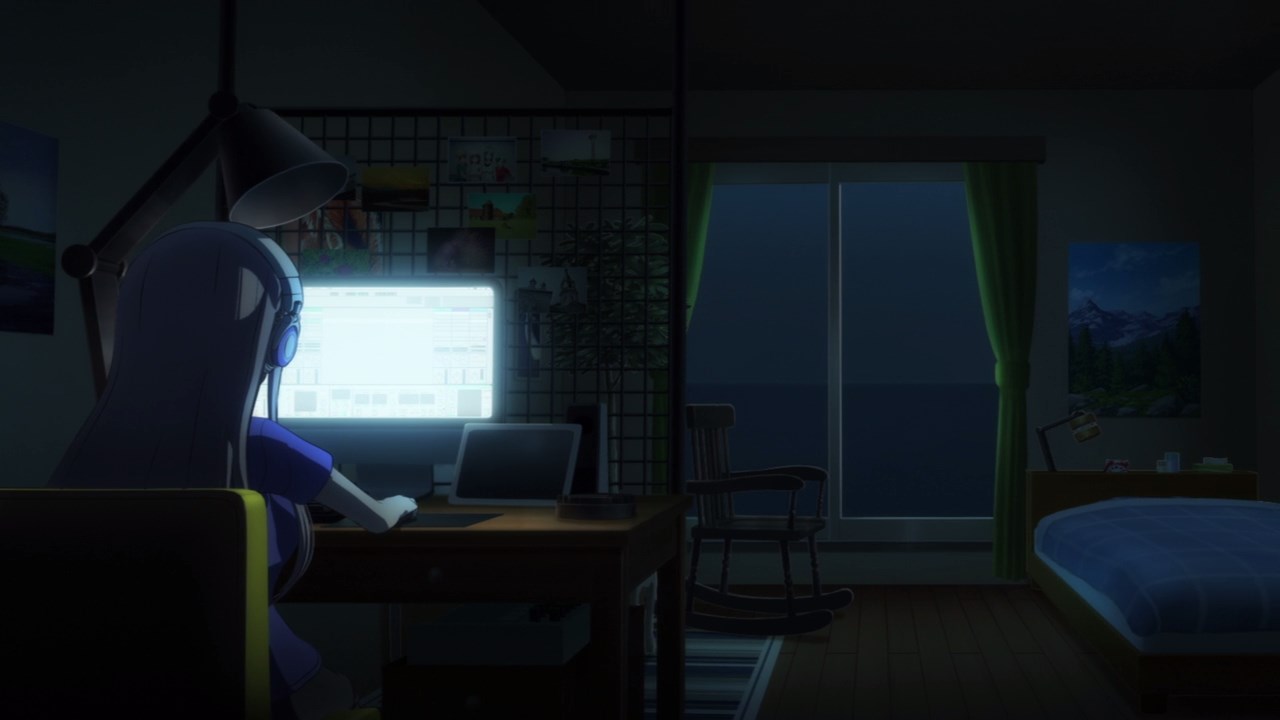 Speaking of Saki Izumo, she decided to join Yoba Girls’ Academy’s Remix Contest where Saki will have a good experience by remixing one existing song. Too bad that Izumo can’t win against DJ Kunoichi. 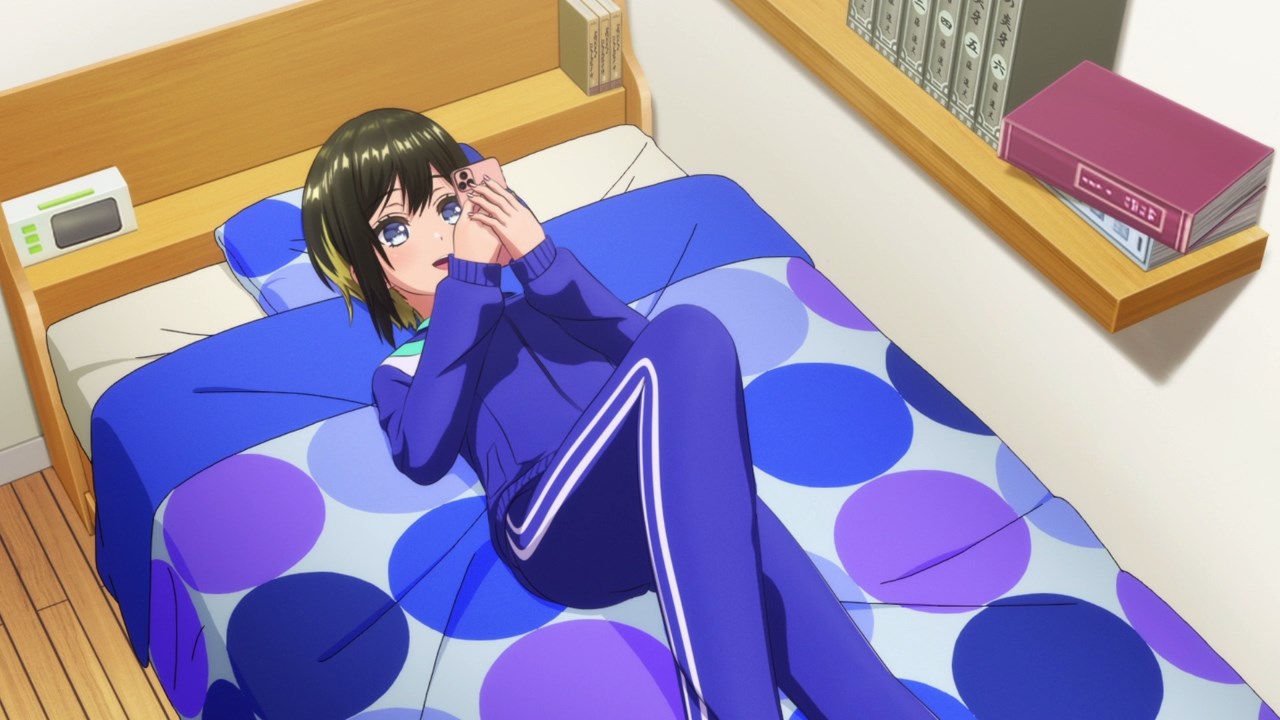 Meanwhile, Maho Akashi is browsing some of the entries from the current Remix Contest and while Shinobu Inuyose is still the queen of remixes, Maho found on particular entry. 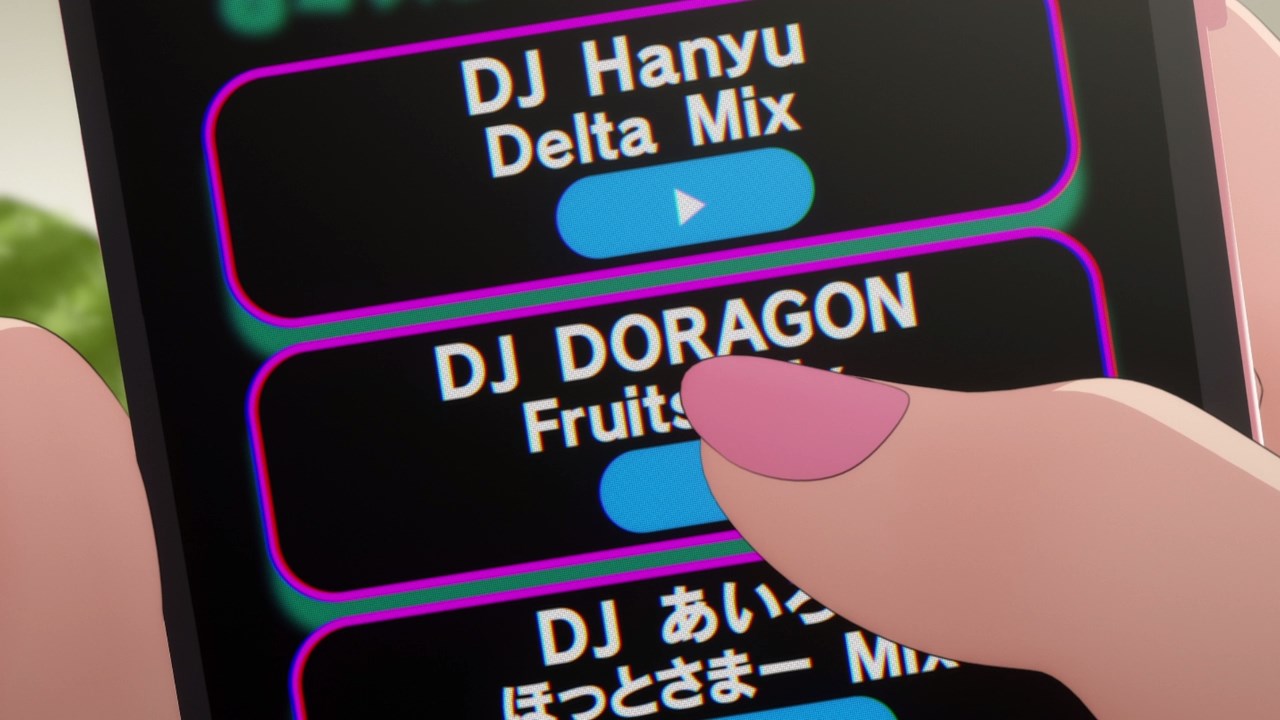 This is “Galaxy Express 999 Fruits Mix” by DJ Dragon in which Maho found it interesting upon listening to that song. Still, I found it silly that the DJ name reads “Doragon” rather that the correct spelling. 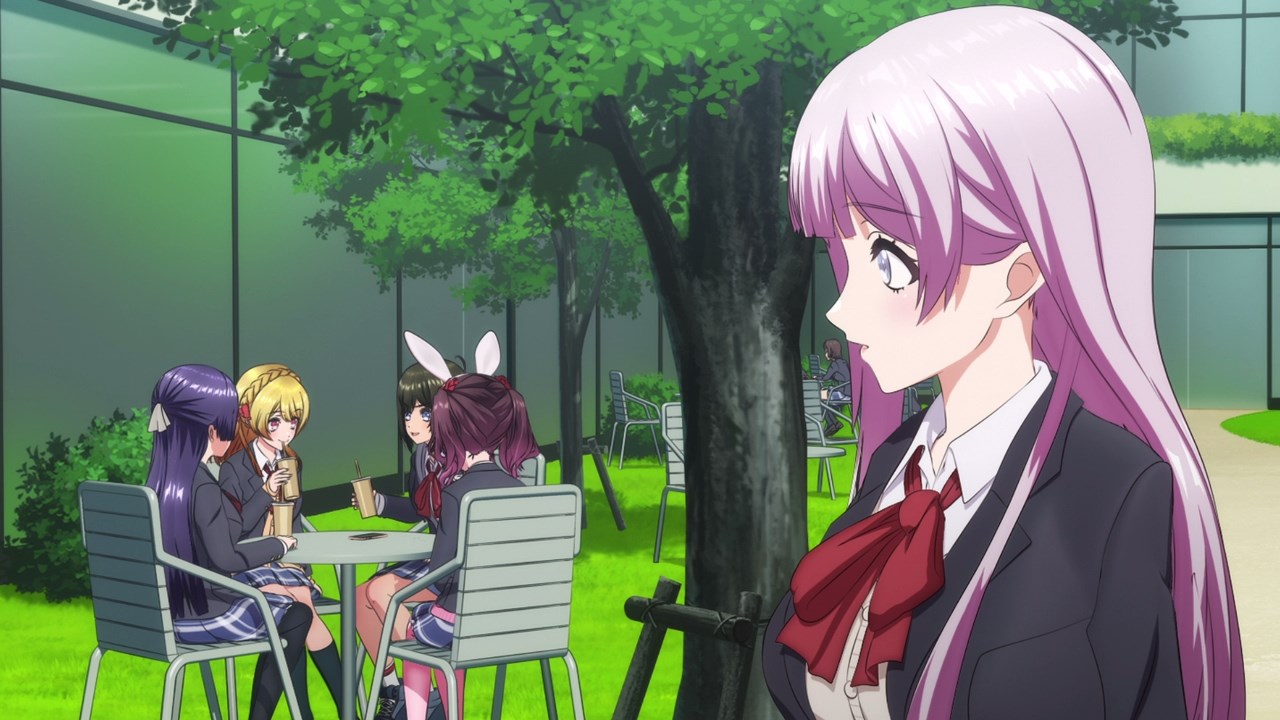 Anyways, Maho told her friends about the mysterious DJ Dragon where its remixes are promising.

On the other hand, there’s Saki Izumo where she heard about DJ Dragon from Akashi. But seriously though, who is DJ Dragon? 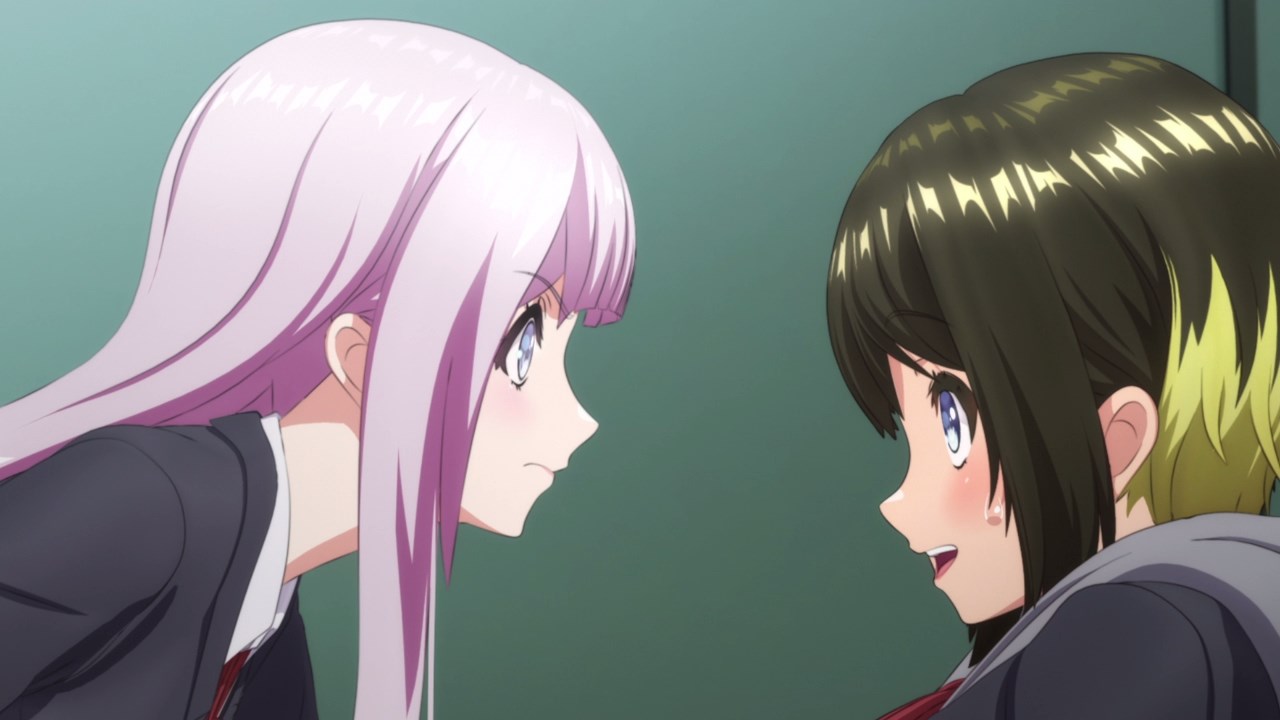 Well it turns out that DJ Dragon is actually Saki Izumo as she asked Maho Akashi on how to get better when it comes to remixing songs. I mean, her DJ unit suffered a major loss in the previous episode. 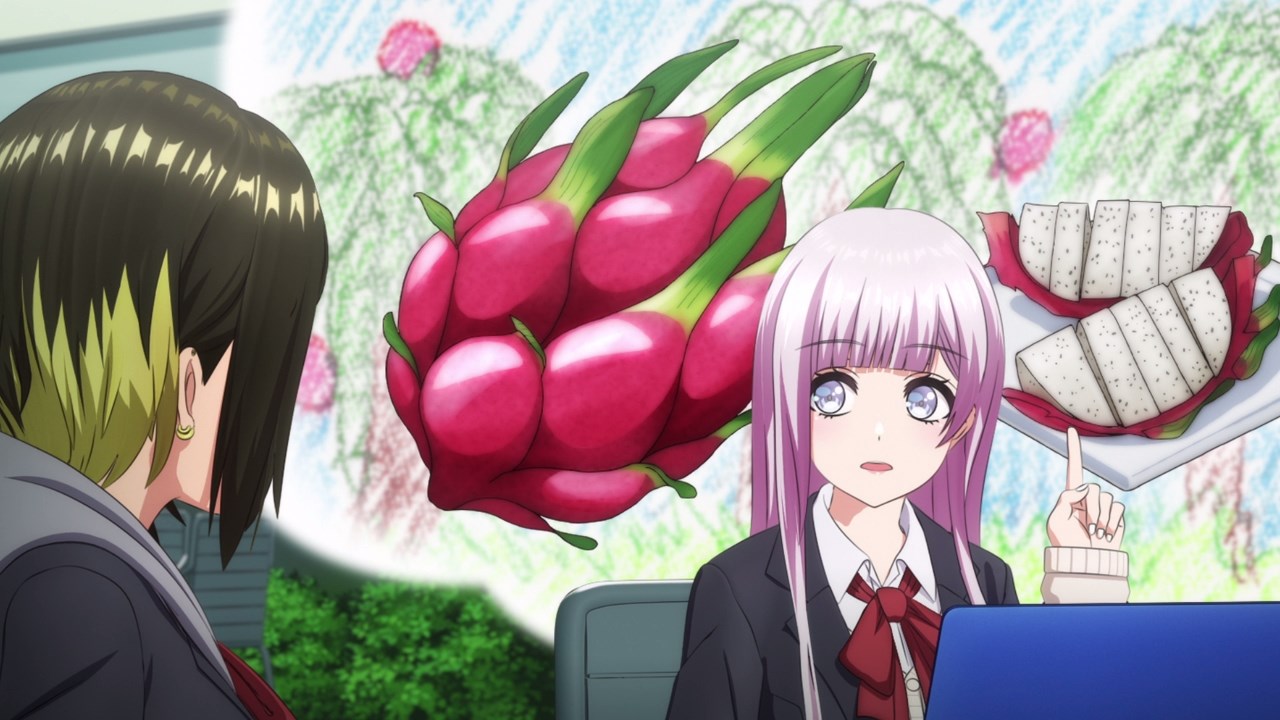 Oh by the way, the reason why she named herself as DJ Dragon is because Saki loves dragonfruit.

In any case, the only advice that Maho can give to Saki is to make her remixes more polished and organized. Well, I’m hoping that her simple advice will help Saki’s DJ unit move forward. 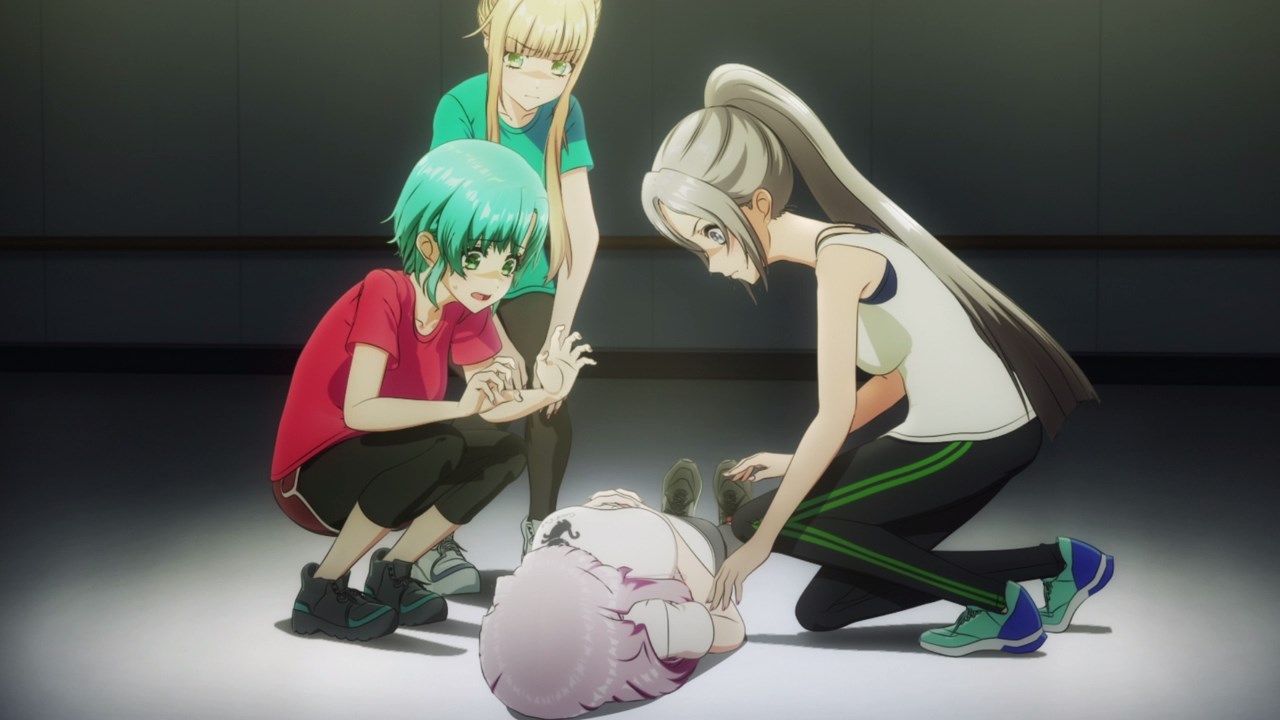 But let’s move onto the next scene where Ibuki Niijima and the rest of Photon Maiden found Saki Izumo lying on the floor. Oh boy, looks like she overexerted herself. 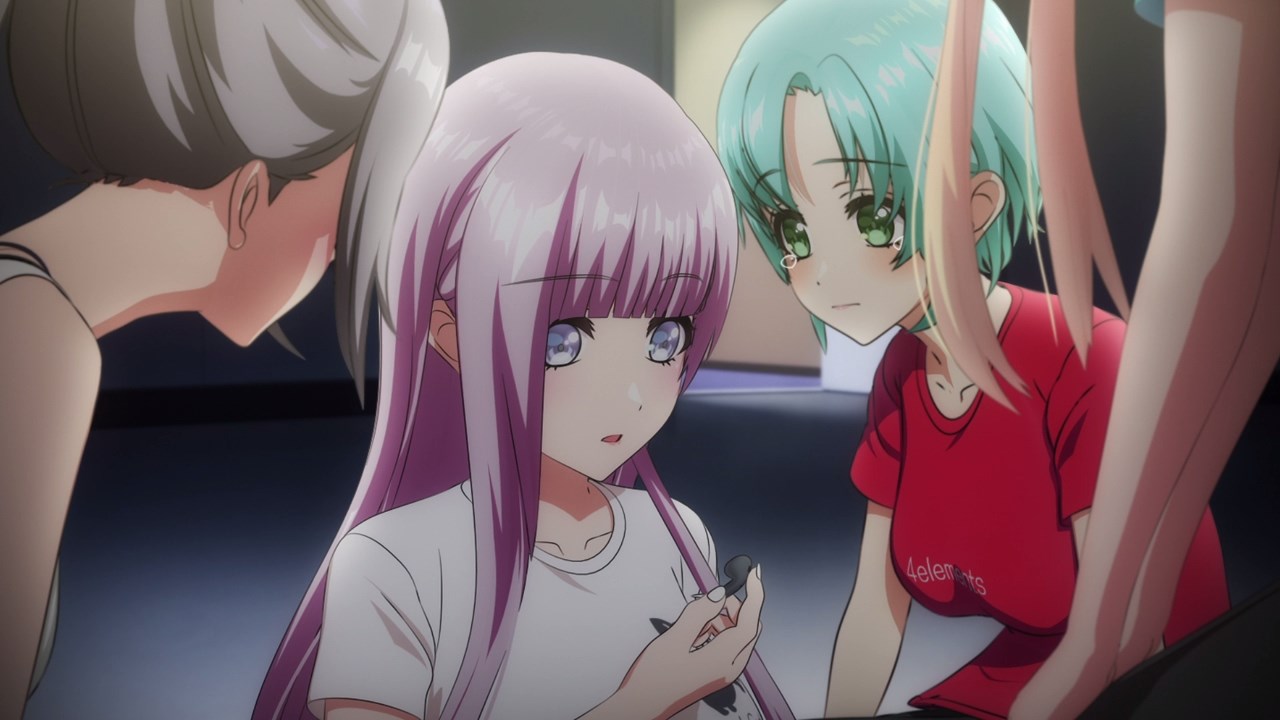 Well actually, she didn’t collapsed as Saki is fine. It’s just that she finished remixing one of Photon Maiden’s songs.

Of course, the only thing that worries Izumo is whether their manager will allow to use her remix for Photon Maiden’s next gig. And here’s the thing though is that Photon Maiden’s songs are composed and arranged by Shano Himegami. 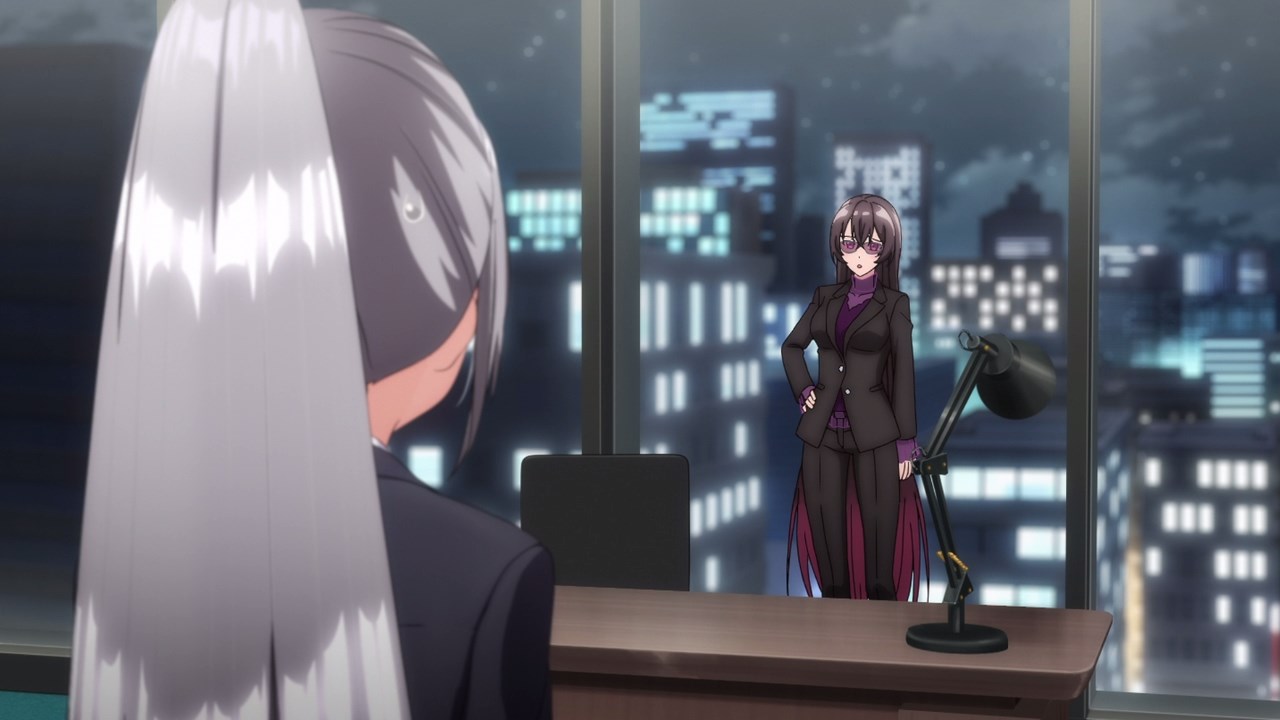 But speaking of Shano Himegami, looks like she allowed Saki Izumo to use her remix for Photon Maiden’s next gig, believing that the DJ unit can work hard to improve themselves. 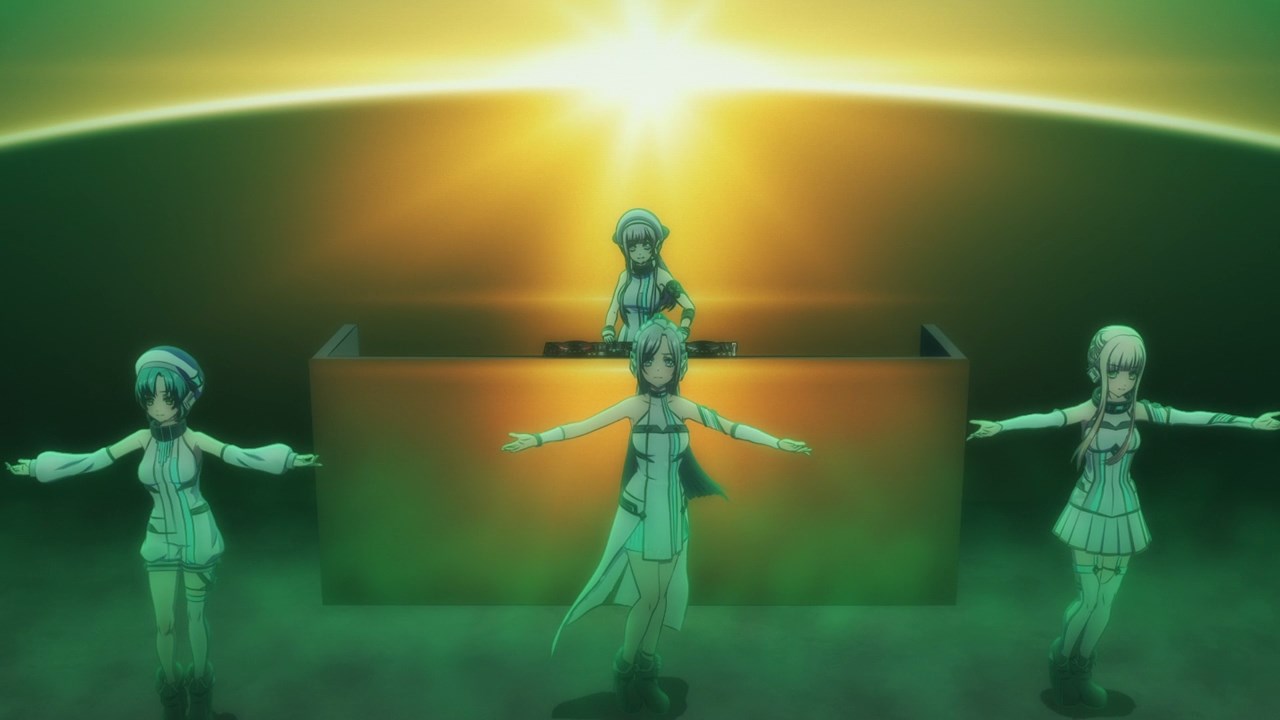 Anyways, let’s end this episode with Photon Maiden performing “Akatsuki (Fruits Mix)” and I have to say that it’s an improvement over the original. Glad that Shano Himegami allowed Saki Izumo to arrange their own song. 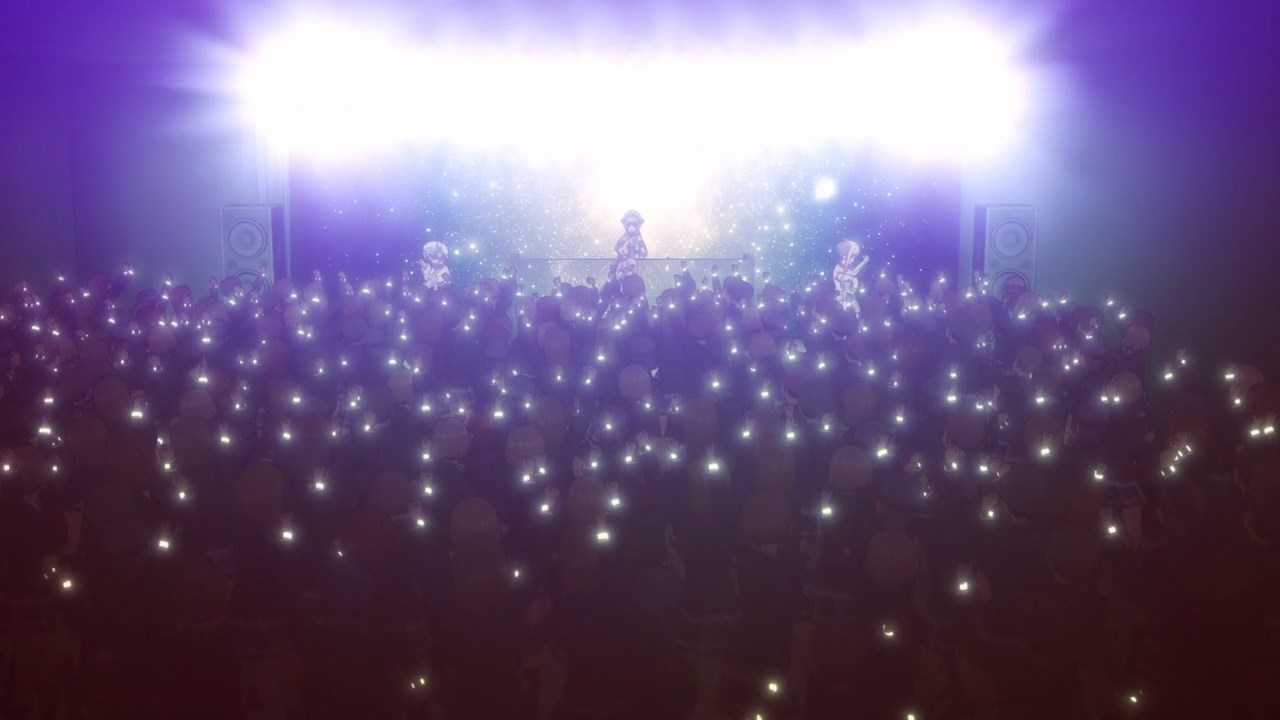 Well then, looks like I’m done with Episode 11 and I have to say that Photon Maiden will be a contender now that they got better. On the other hand, I wonder if D4DJ First Mix is reaching its end soon?

No matter then, I’ll see you next time where I have a feeling that there’s trouble within Happy Around, especially both Rinku Aimoto and Muni Ohnaruto. Oh I hope that they’re doing fine…