Let’s briefly talk about the man who had a miserable life. Before he was reincarnated as Rudeus Greyrat, the nameless man was bullied when he was in high school and he didn’t get a decent job after graduation because he’s scared at going outside.

I have to say that his previous life was pretty much miserable. Fortunately, he got one chance of redeeming himself by sacrificing himself to save a group of students from being hit by a truck. 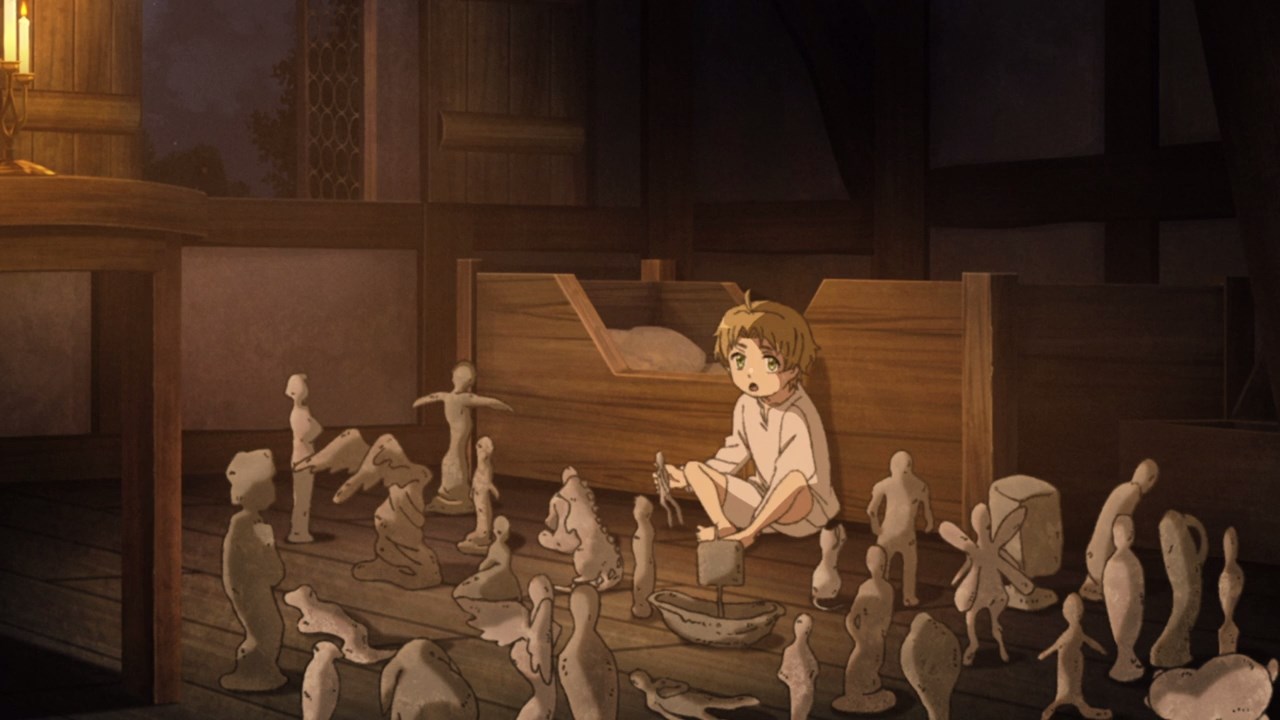 And now we move onto the present where the man has reincarnated to Rudeus Greyrat. Speaking of Rudy, he’s still learning magic because he doesn’t want to live a life full of regrets. 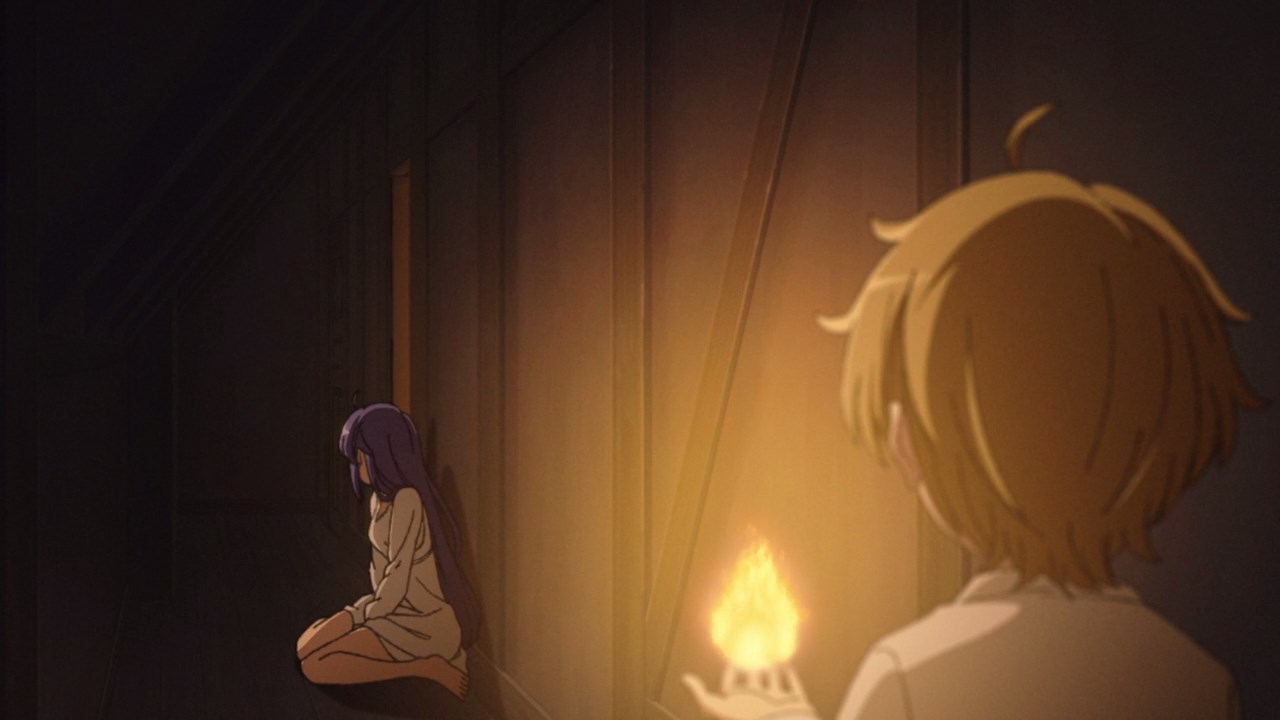 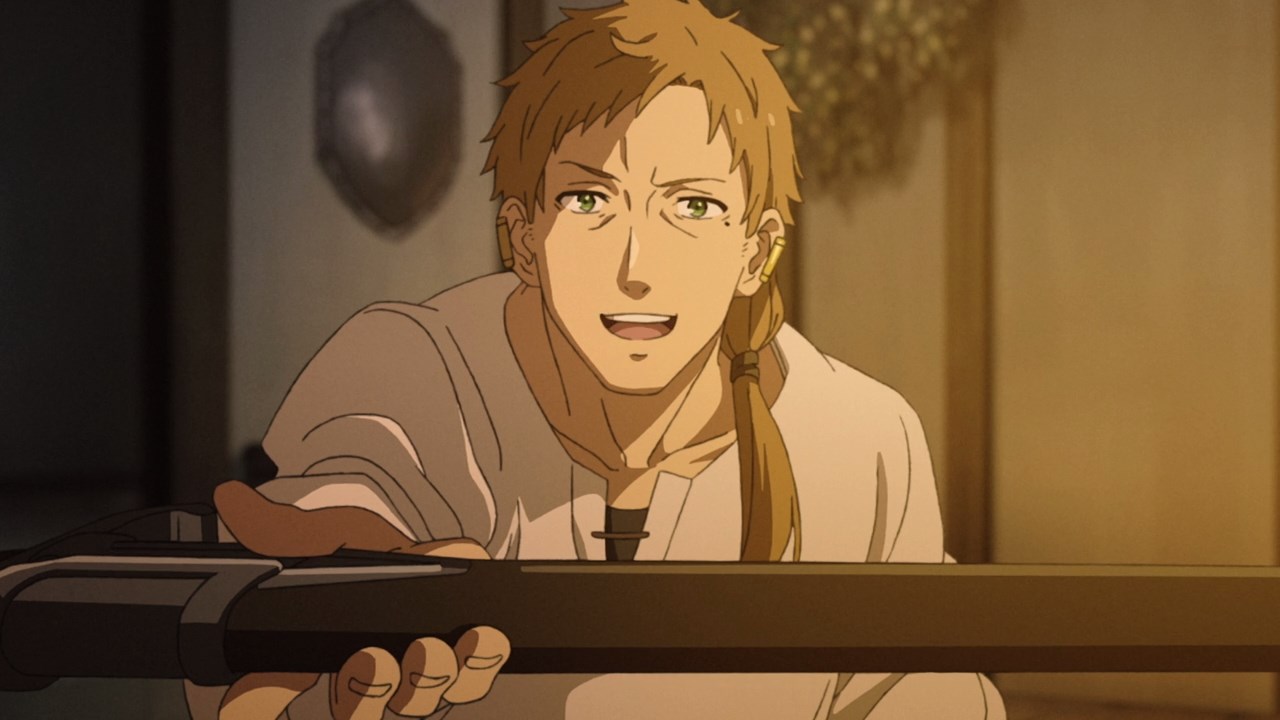 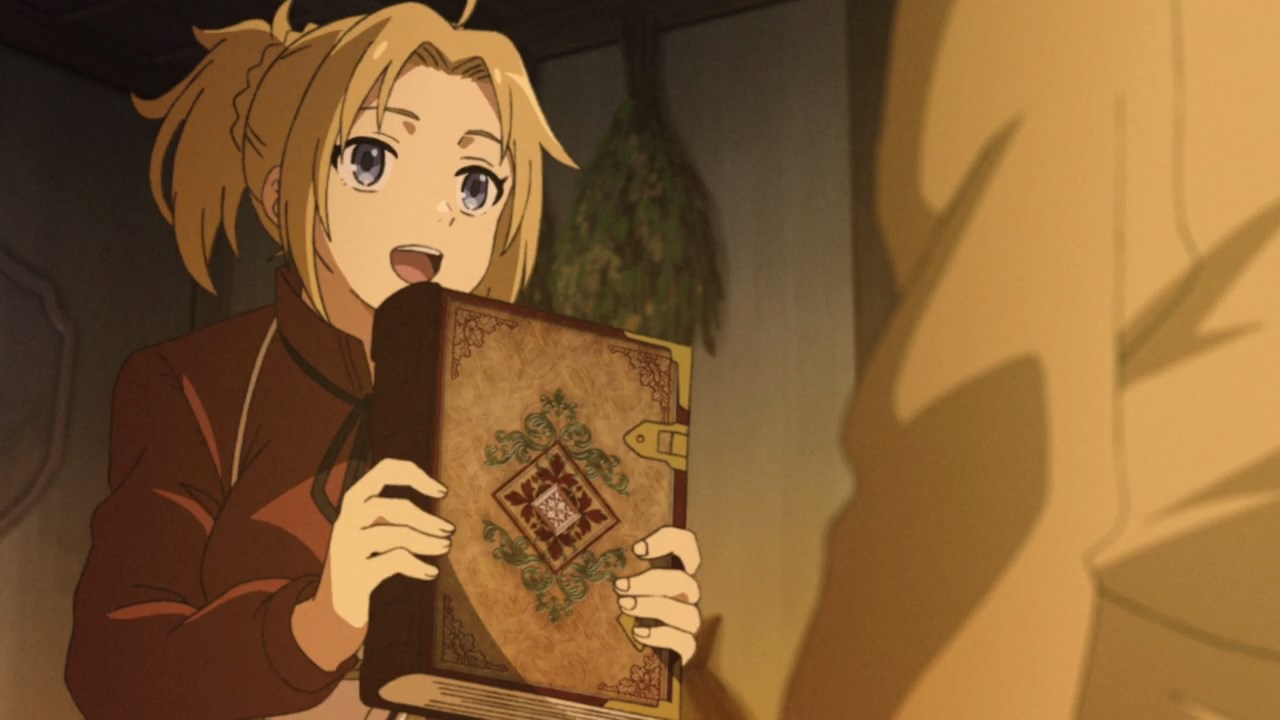 Now then, it’s time for Rudy’s 5th birthday where Paul gave a sword while Zenith gave a magic book as presents. Glad that Rudy’s parents are so caring compared to his previous life. 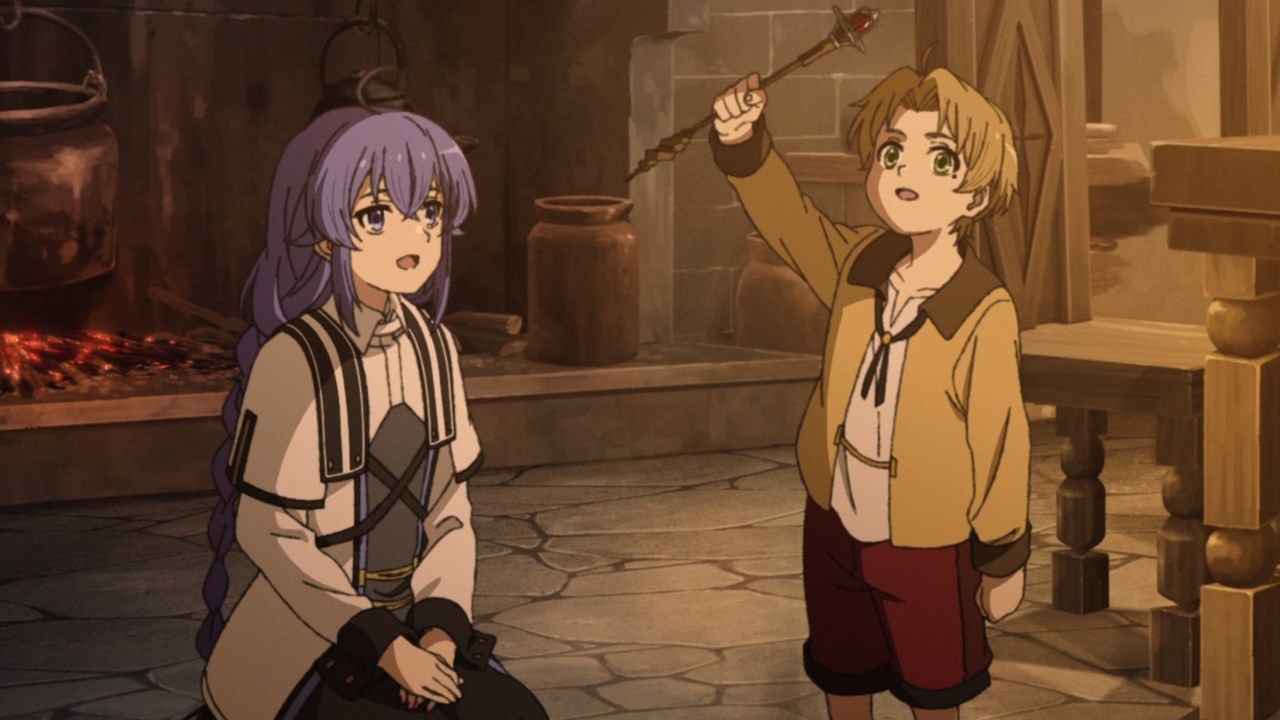 Also, here’s Roxy Migurdia where she gave a magic wand to Rudeus as a parting gift. And the reason why she did that is because Roxy has nothing more to teach towards Rudy.

Furthermore, it’s revealed that Roxy is actually a demon which she’s being treated badly by some people, and not to mention that Roxy is starting to lose her magic powers meaning that she can’t continue to teach Rudy anymore. 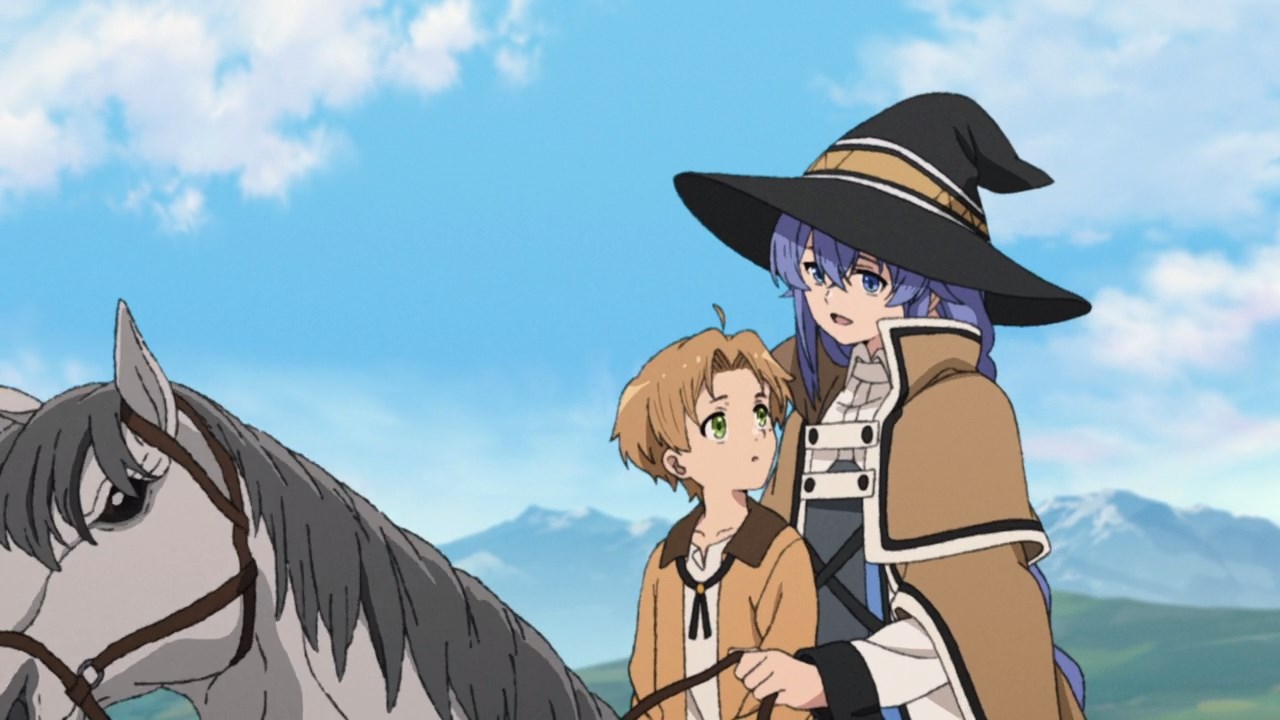 Of course, there’s one final test that Rudy must pass as he was taken outside by Roxy.

Sure that he’s scared of going outside due to trauma in the real world, but Rudeus is now living in the fantasy world so there’s nothing for him to be afraid of. 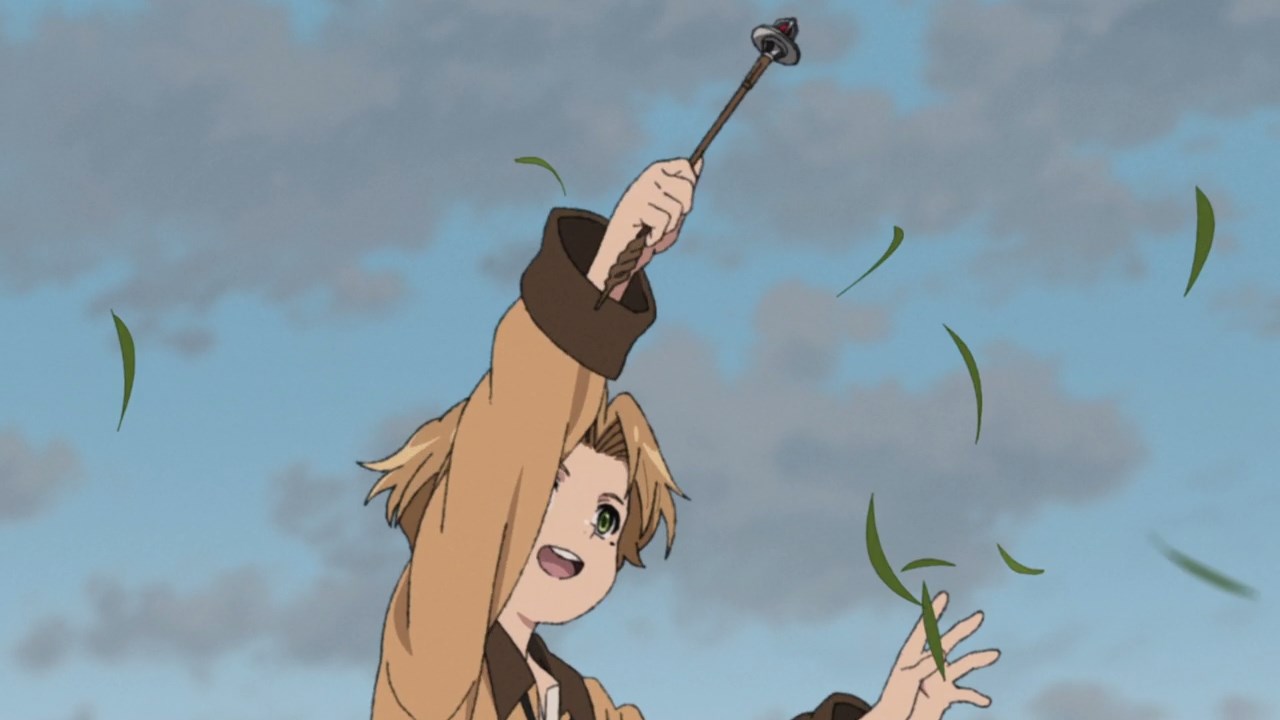 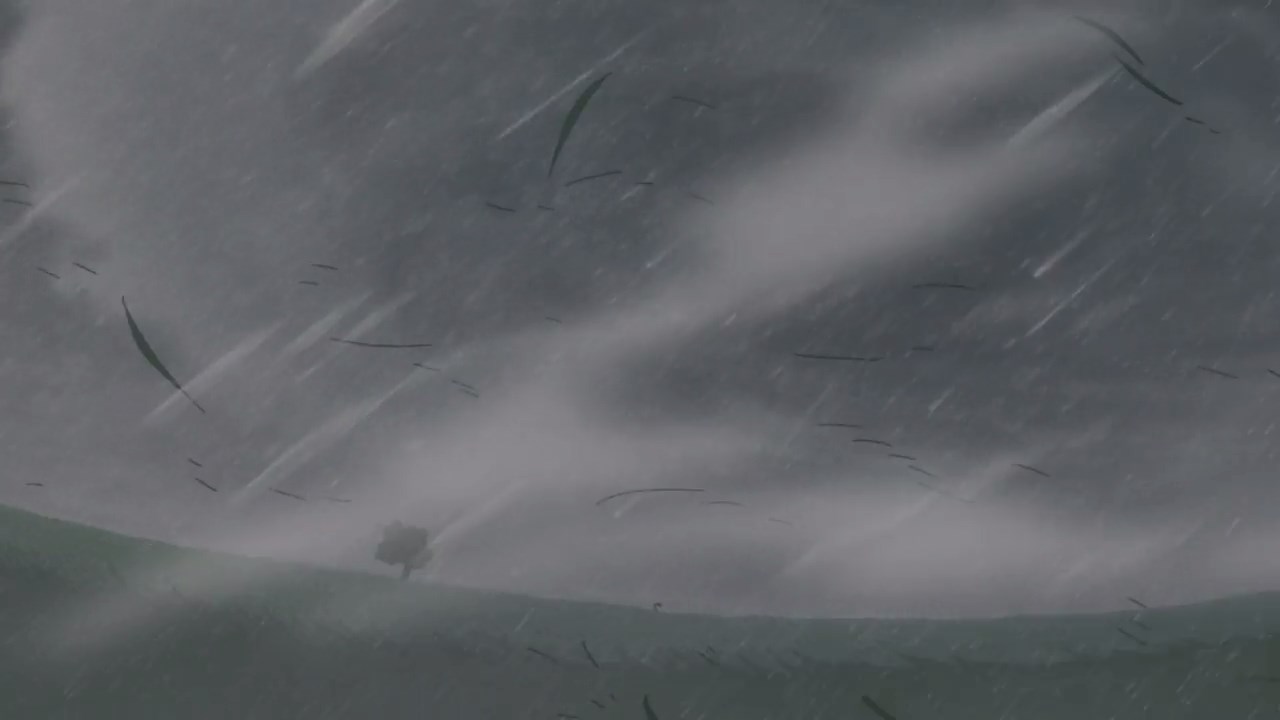 …which turn out to be a thunderstorm. Good thing they went out of town just to cast this powerful magic.

Well then, looks like Rudy has passed Roxy’s final test with flying colors. Of course, this means that her time as Rudy’s teacher has finally ended. 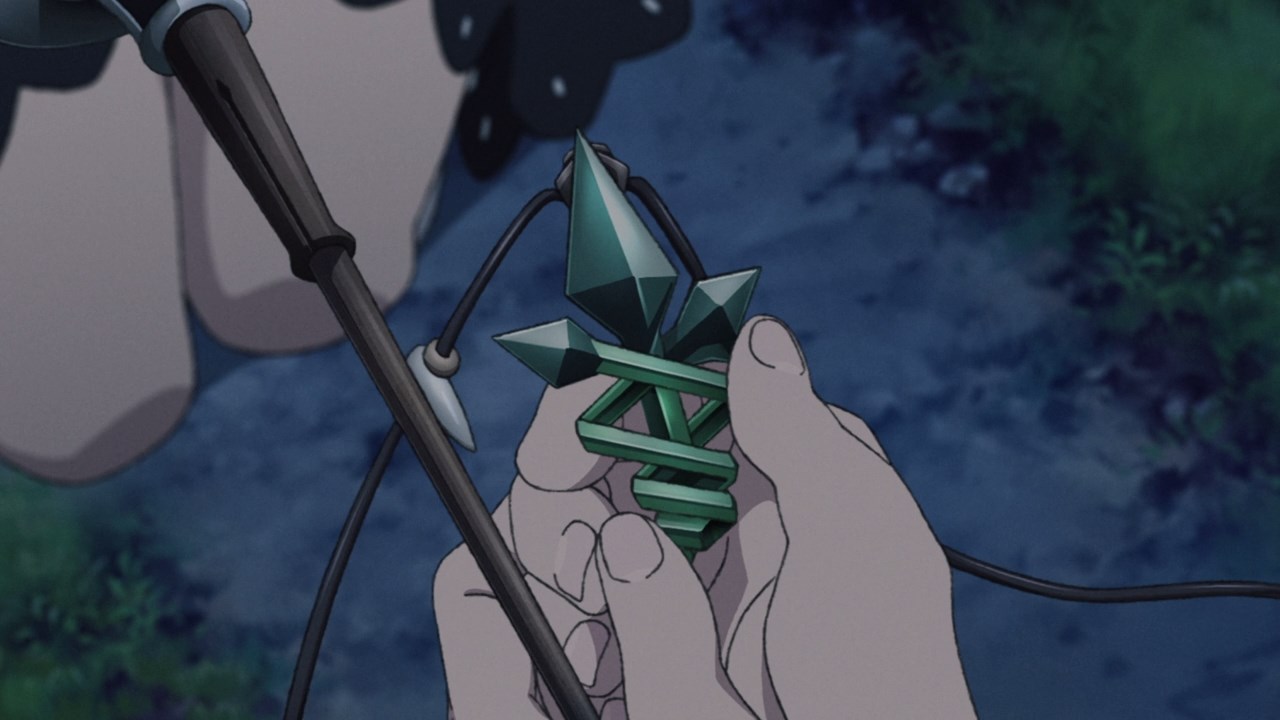 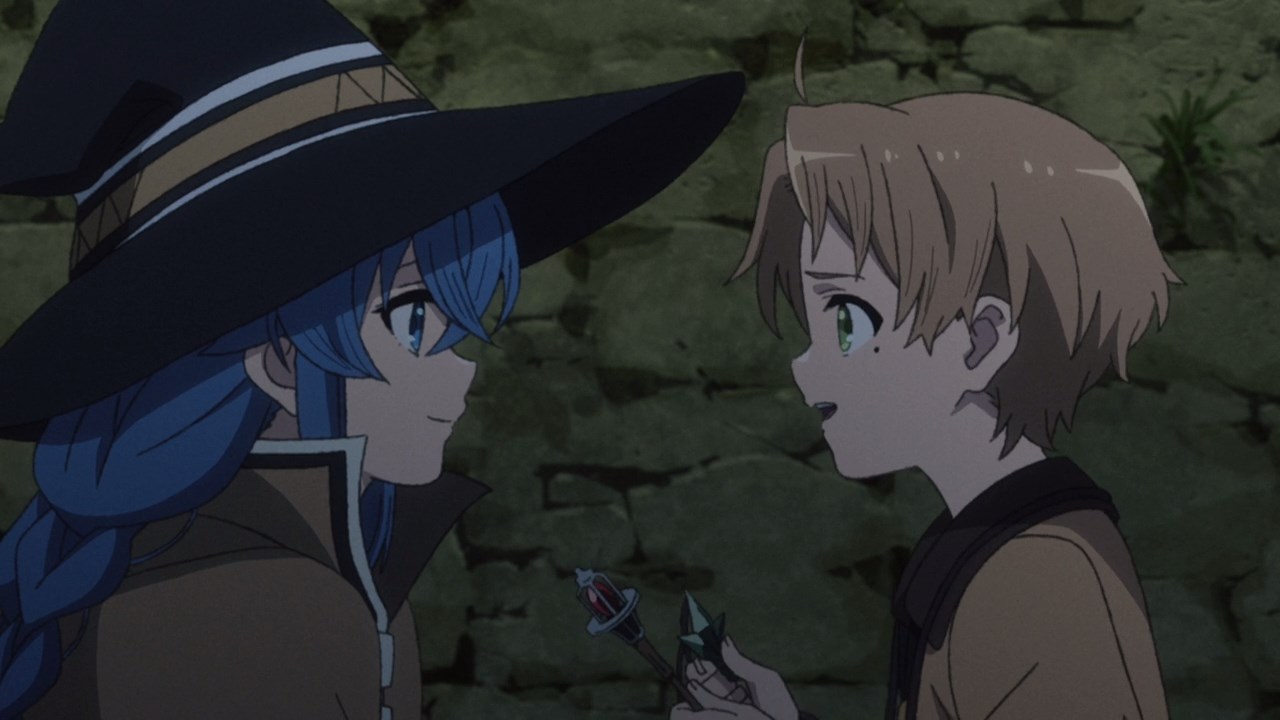 Still, she wants Rudy to remember her as Roxy gave a pendant as remembrance in addition to the magic wand. While it’s sad that she’ll part ways with her student, I’m hoping that Rudeus will meet Roxy someday.

But that’s about it for this episode as I’m hoping that Rudy will explore new things on the next episode as he’ll step out from his home.