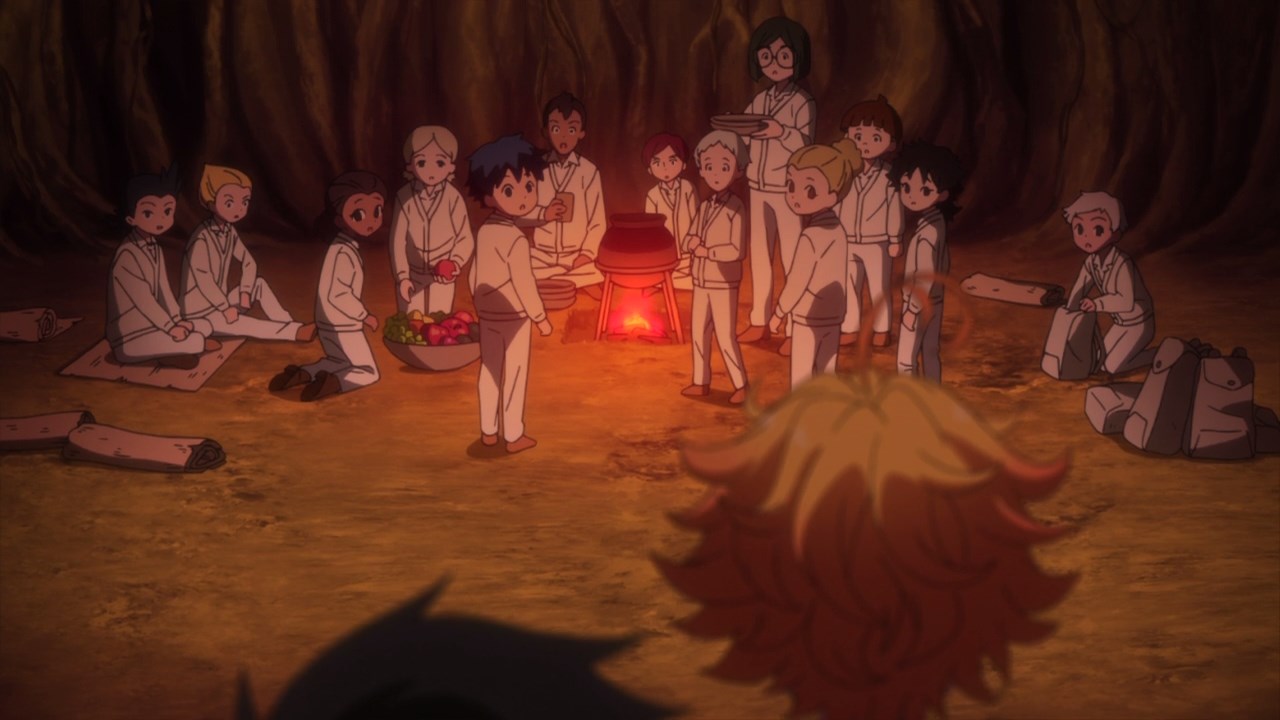 Well, it looks like the kids are okay as Emma and Ray are reunited with them. Man, I thought those demons already ate those kids. 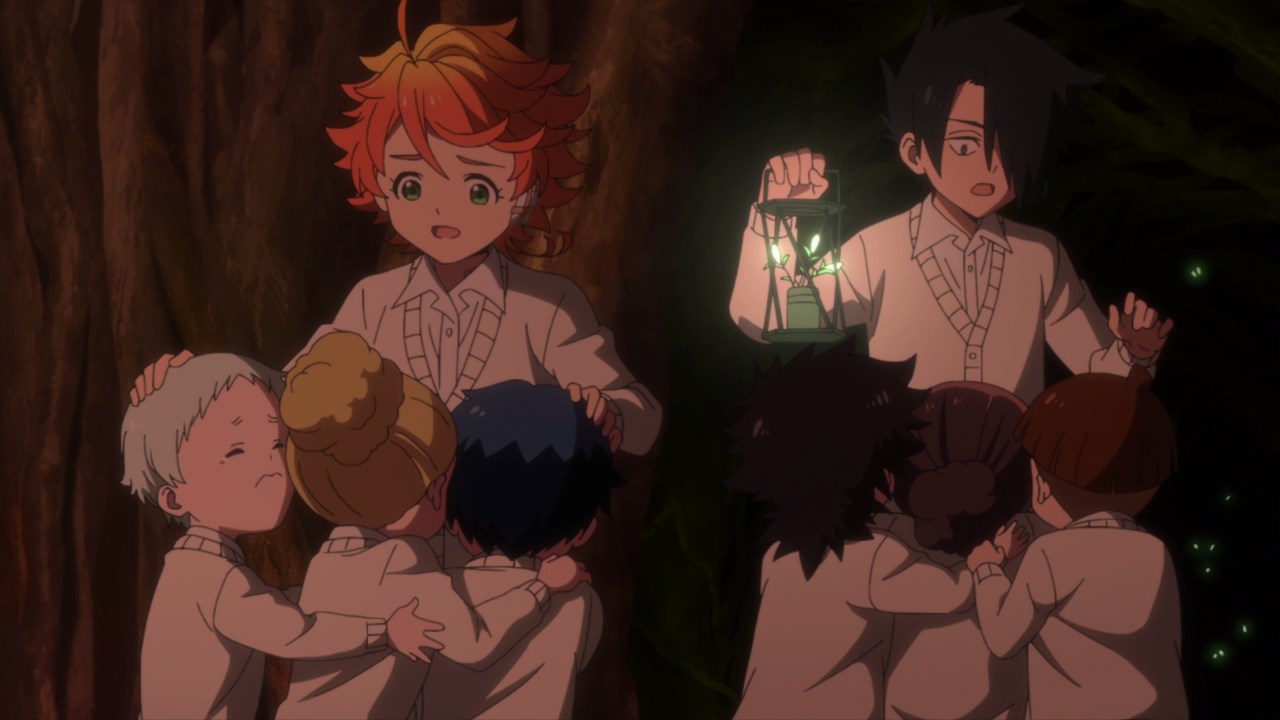 With that said, the likes of Don and Gilda are safe but seriously, why Sonju and Mujika didn’t eat the children much like any other demons?

Well to put it simply, it’s because Sonju and Mujika forbid them to eat humans due to their religious beliefs. Okay, I’m shocked that the demons have faith in god. 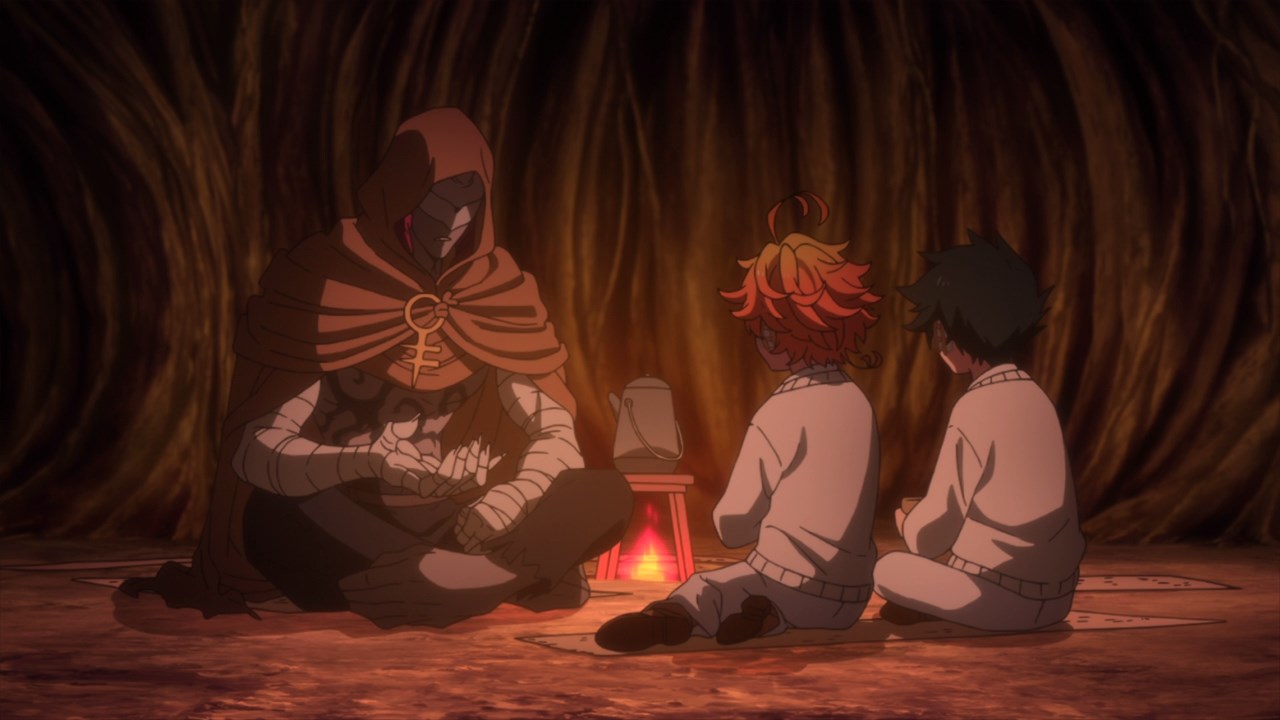 Also, it seems that Sonju has a story to tell about what happened a millennium ago, as he told Emma and Ray that humans and demons are separated into two worlds due to their endless fighting.

Okay, looks like the kids found a revelation that there’s a human world somewhere, although I feel suspicious that it might not exist anymore. I mean, Emma and Ray still can’t put their trust onto Sonju and Mujika yet. 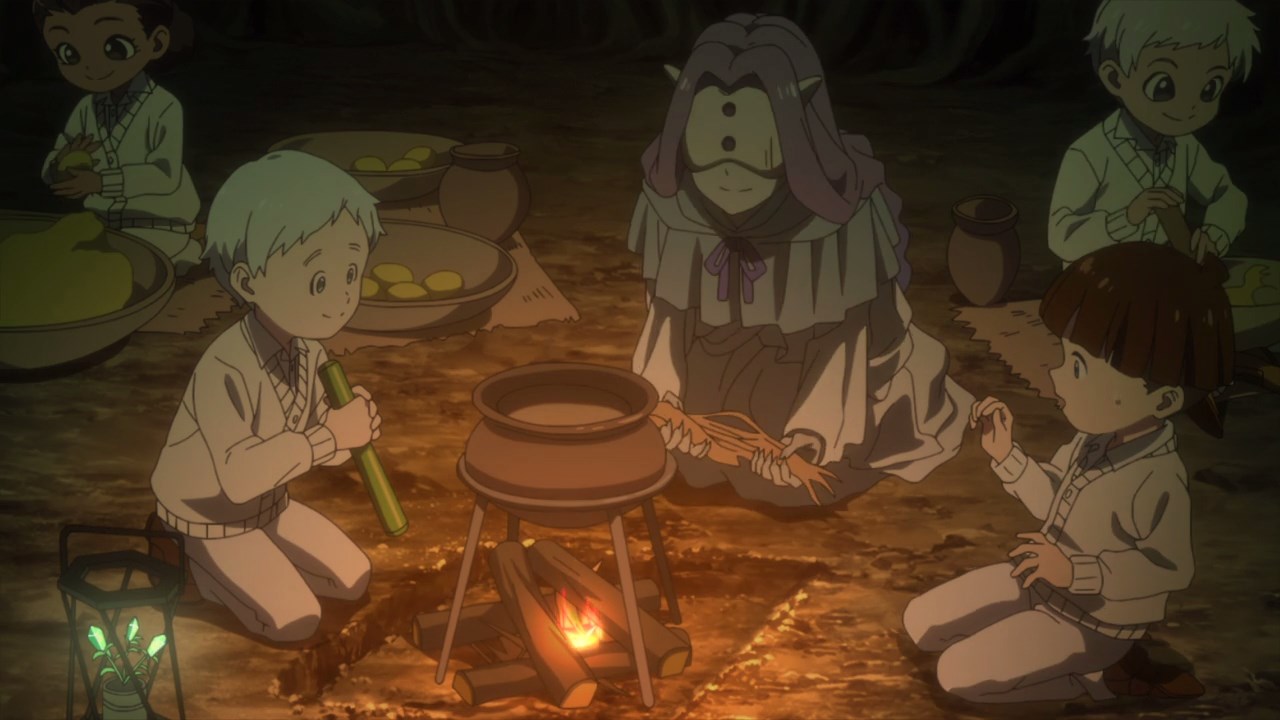 On the other hand, looks like the demons are teaching survival tips to the kids like hunting wild animals and cooking their own food. You know something, That’s nice, but I still have doubts on those demons. 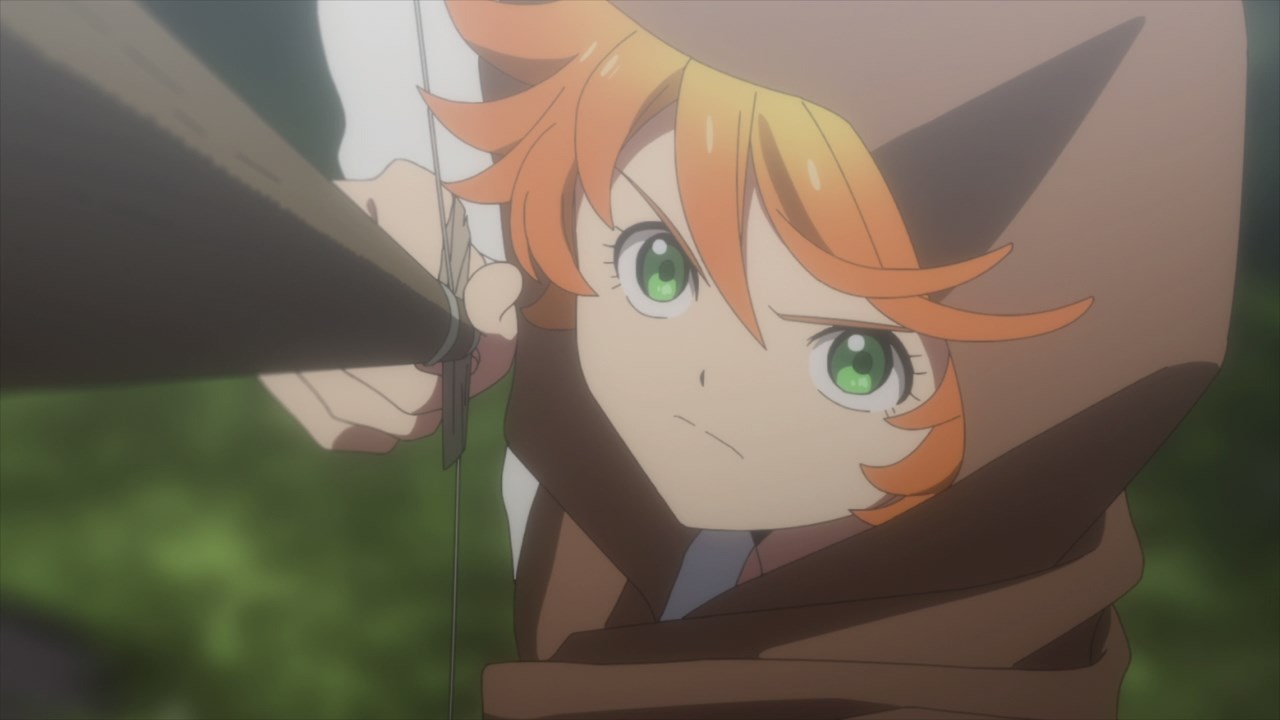 But speaking of hunting wild animals, here’s Emma where she’s about to fire an arrow towards a bird. I mean, she has to do it in order to survive the outside world. 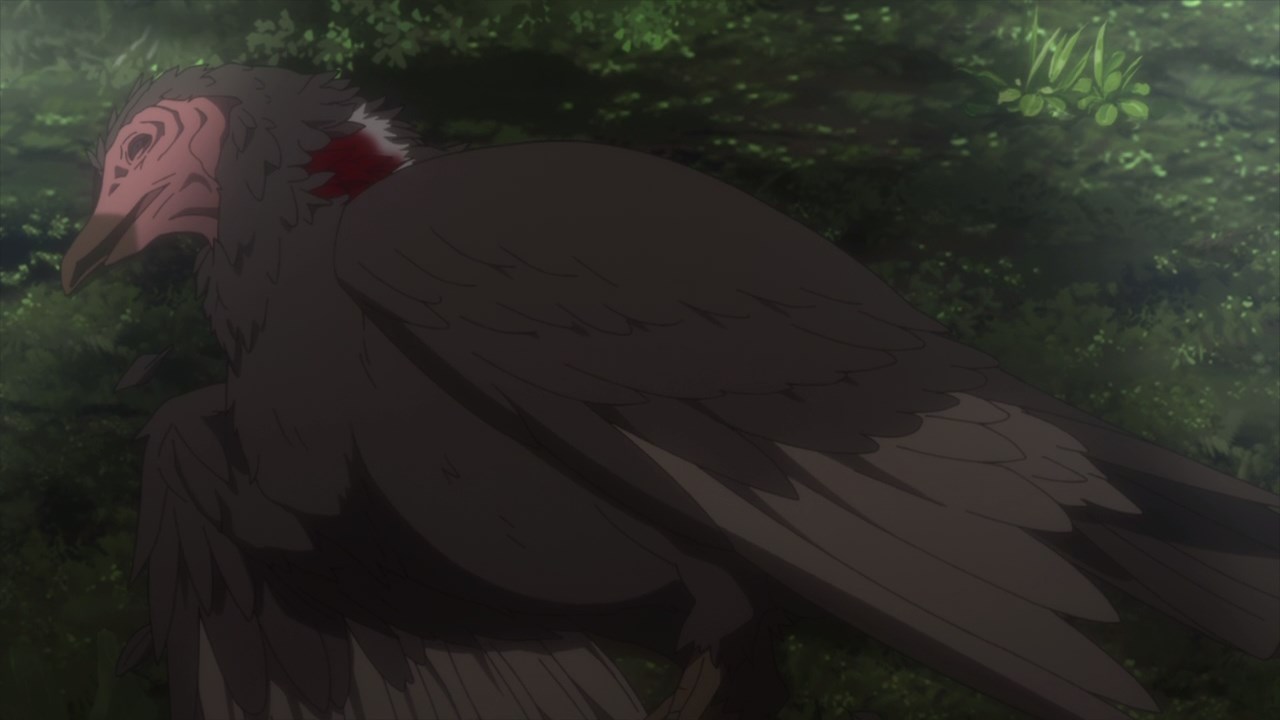 In any case, looks like Emma managed to kill one bird with an arrow. Of course, she can’t eat it right away as Sonju will have to teach her the ritual first called Gupna. 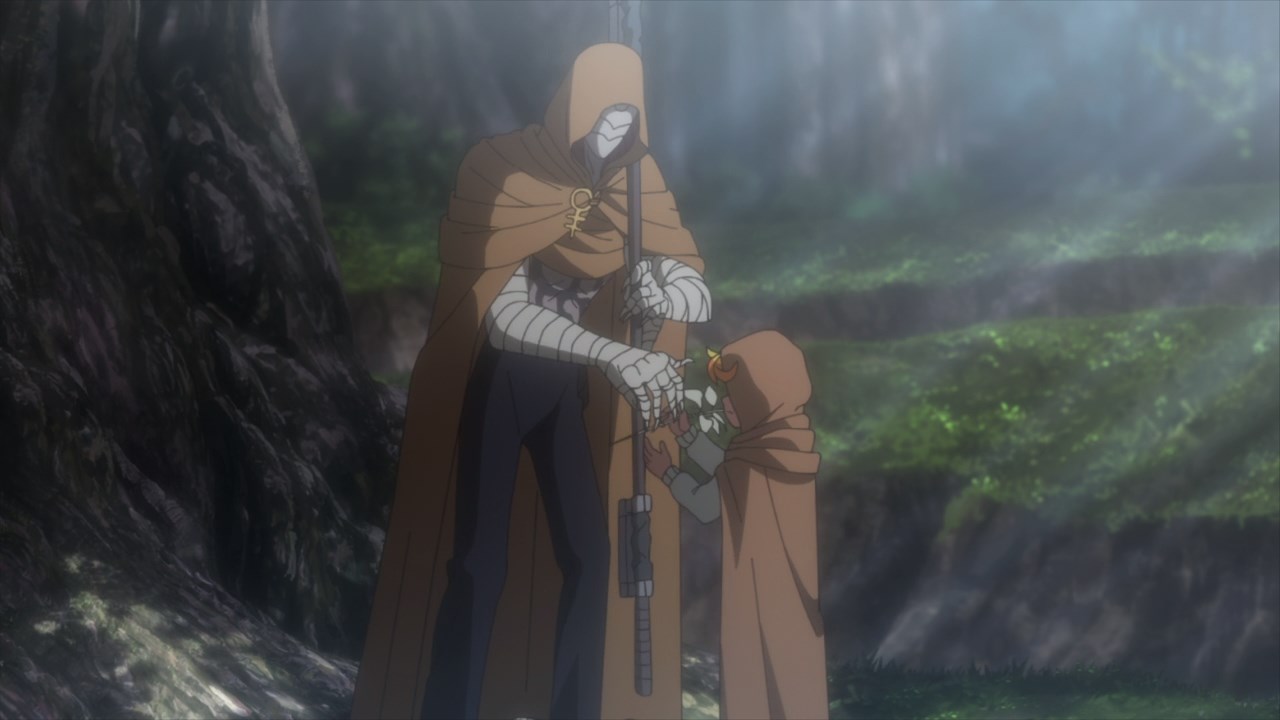 You see, Sonju told Emma to pierce the bird with a plant called the vida. Not only it serves as preparing the meat to the gods, but it also drains the blood so that the meat will preserve longer.

Speaking of the vida plant, it appears that Emma has bad memories of it when the plant is being used towards Conny’s lifeless body. Of course, it’s necessary for Emma to use the vida in order for the meat to be eaten safely. 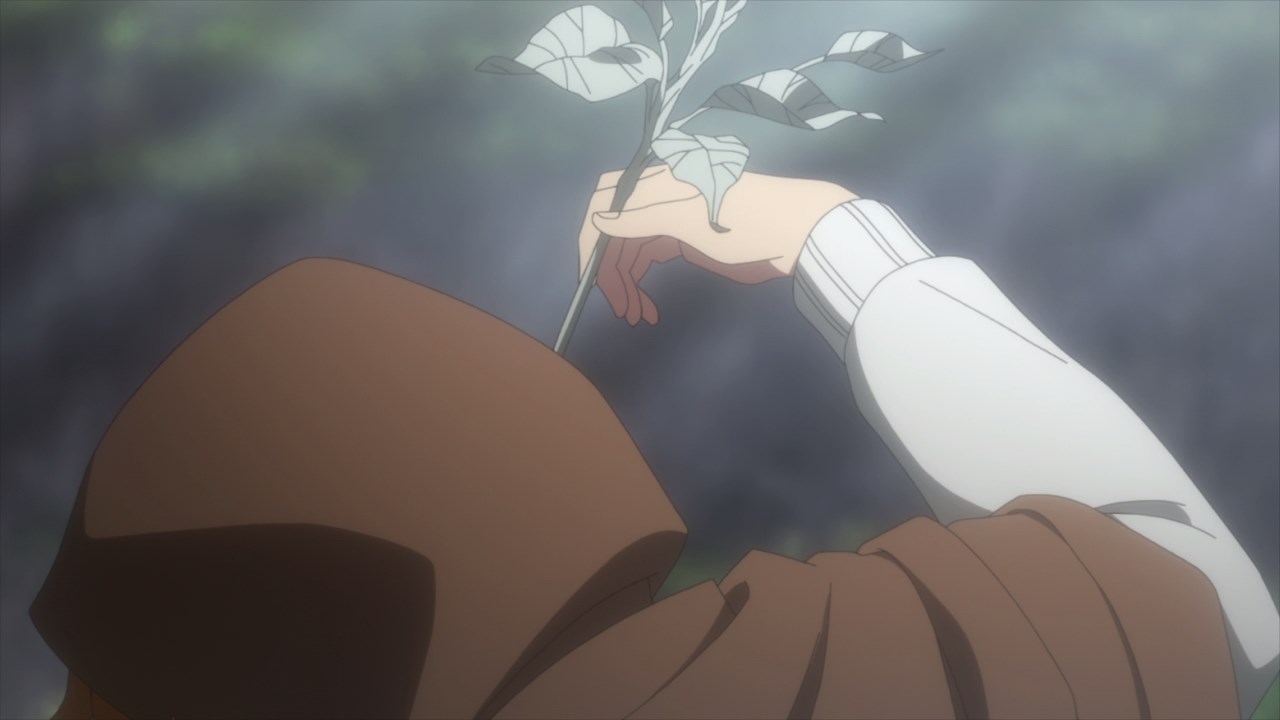 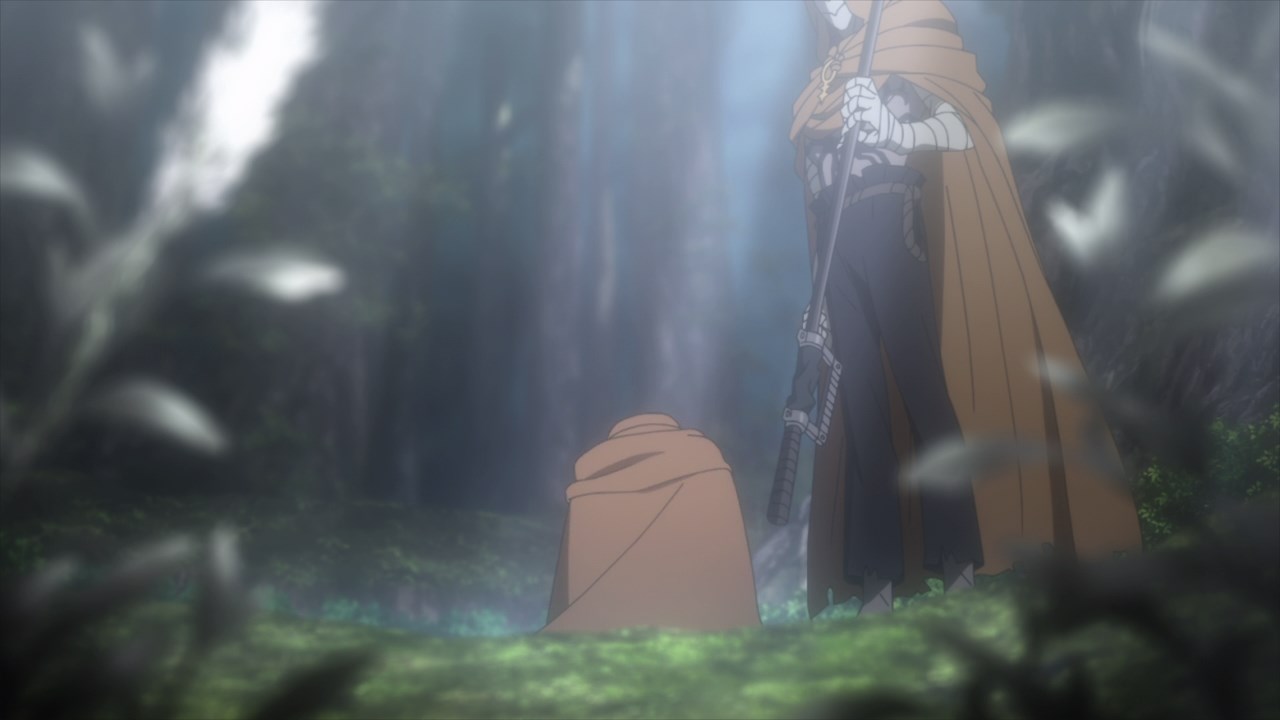 With that said, looks like Emma thrusts the vida onto the bird. Let’s hope that the Gupna ritual is successful. 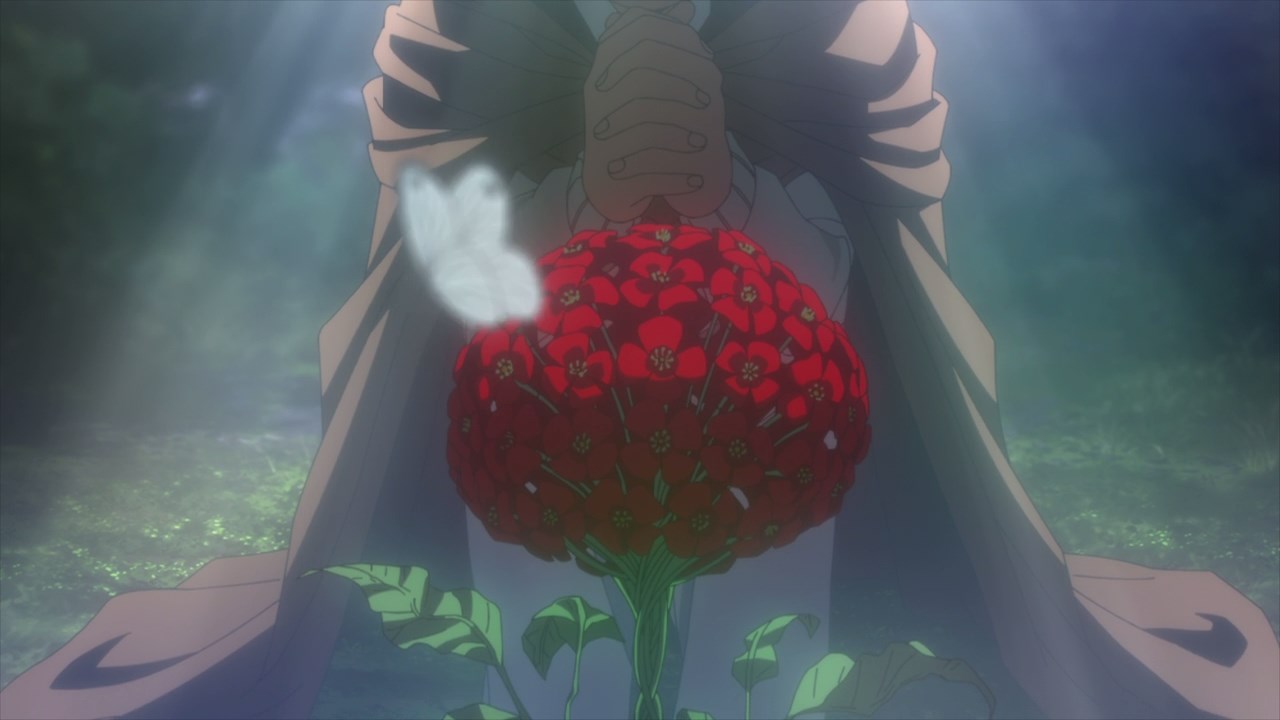 Well it turns out that Emma managed to drain the blood of the bird onto the plant as the petals have turned red, thus the Gupna ritual is a success. Looks like Emma learned hunting and preparing meat for survival.

In any case, looks like I’m done on this episode as Emma and the kids continue their journey on finding the mysterious William Minerva. But as for Sonju and Mujika, even though they help the kids on how to survive the wilderness, I feel that Emma and the rest will eventually fight them.