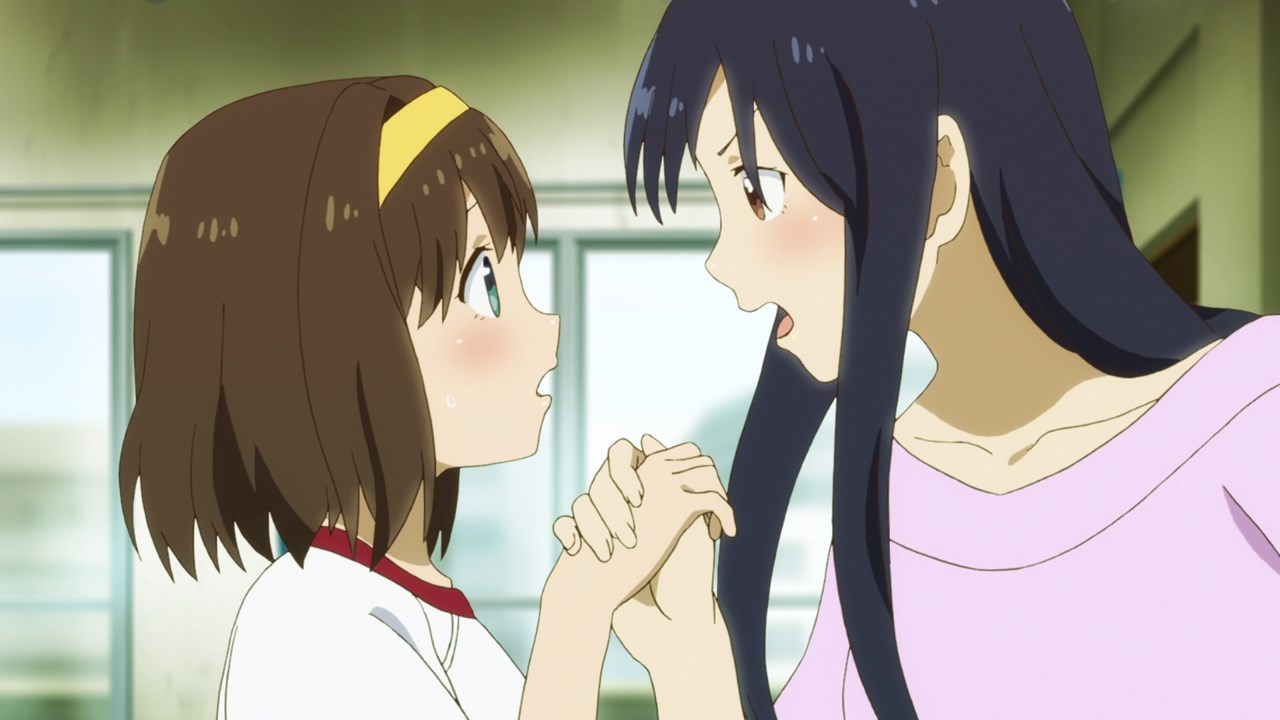 Well, it appears that Airi Kagami went missing after one of the fans saw her from the previous episode. Therefore, Kaoru Sakakibara told Seria Morino that she’ll become the lead of the stage play in Airi’s absence. 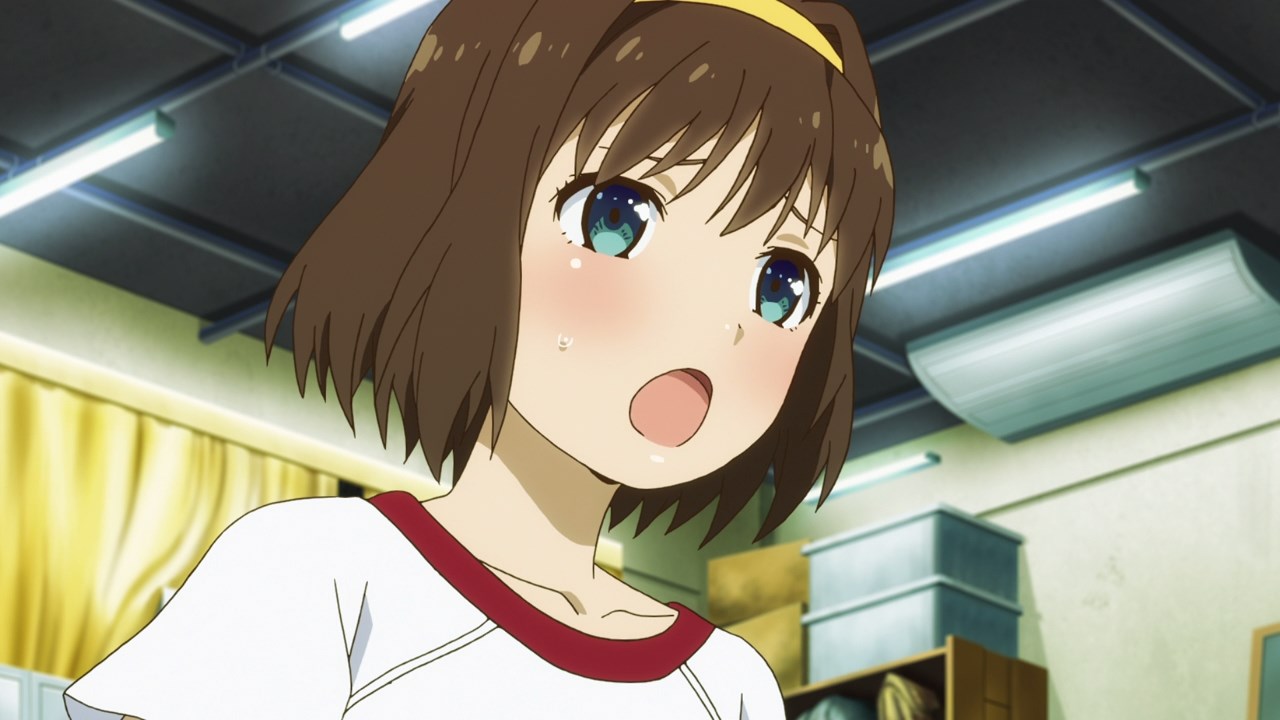 Anyways, Seria tries her best to play the main role while Airi is out. However, it appears that she’s still trembling as Morino is struggling to deliver the lines. 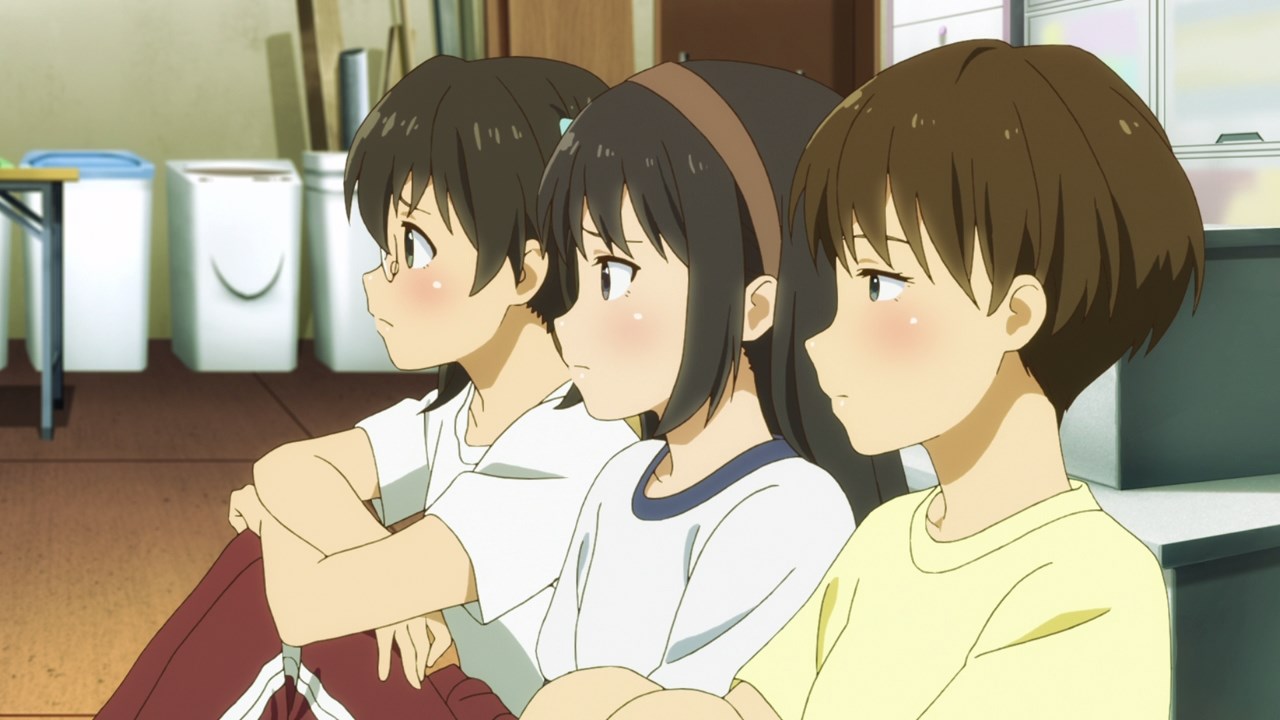 Heck, even the rest aren’t convinced that Seria Morino is a worthy replacement. Man, what happened to Airi Kagami anyway? 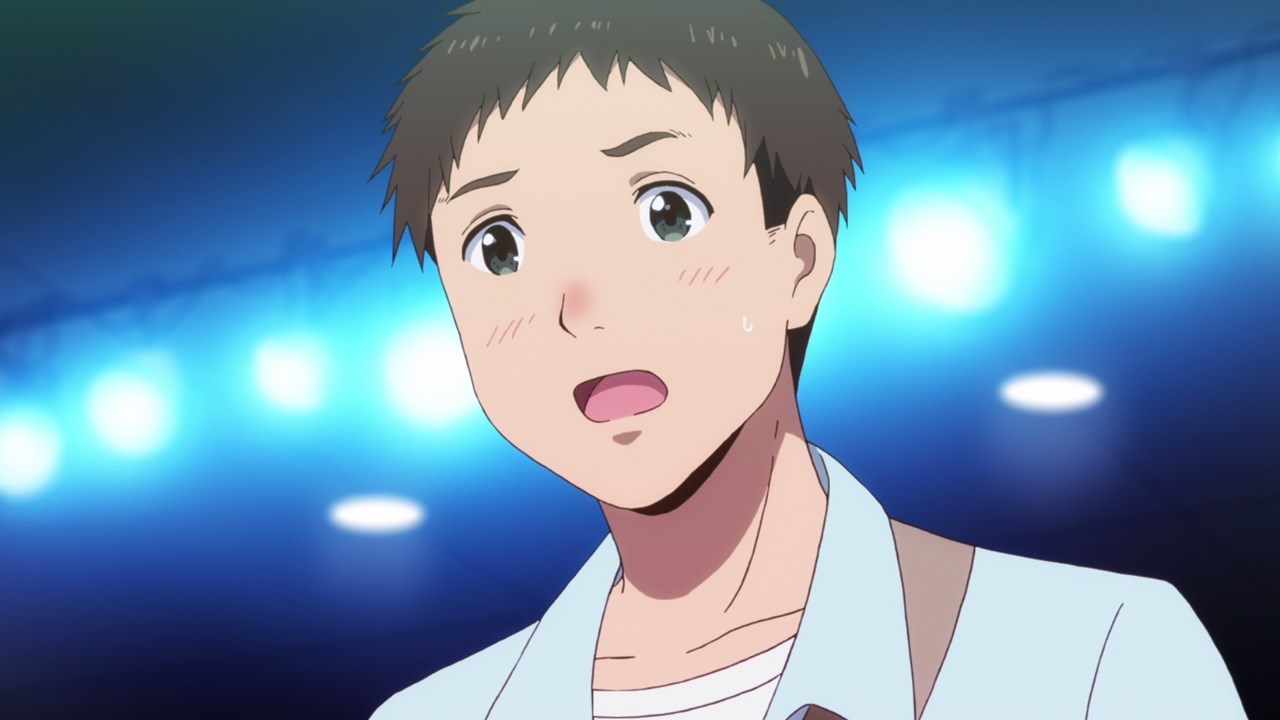 Now then, let’s talk about this guy who is named KenKen. Anyways, he asked Seria on Airi’s whereabouts but Morino has no idea on what happened to her. 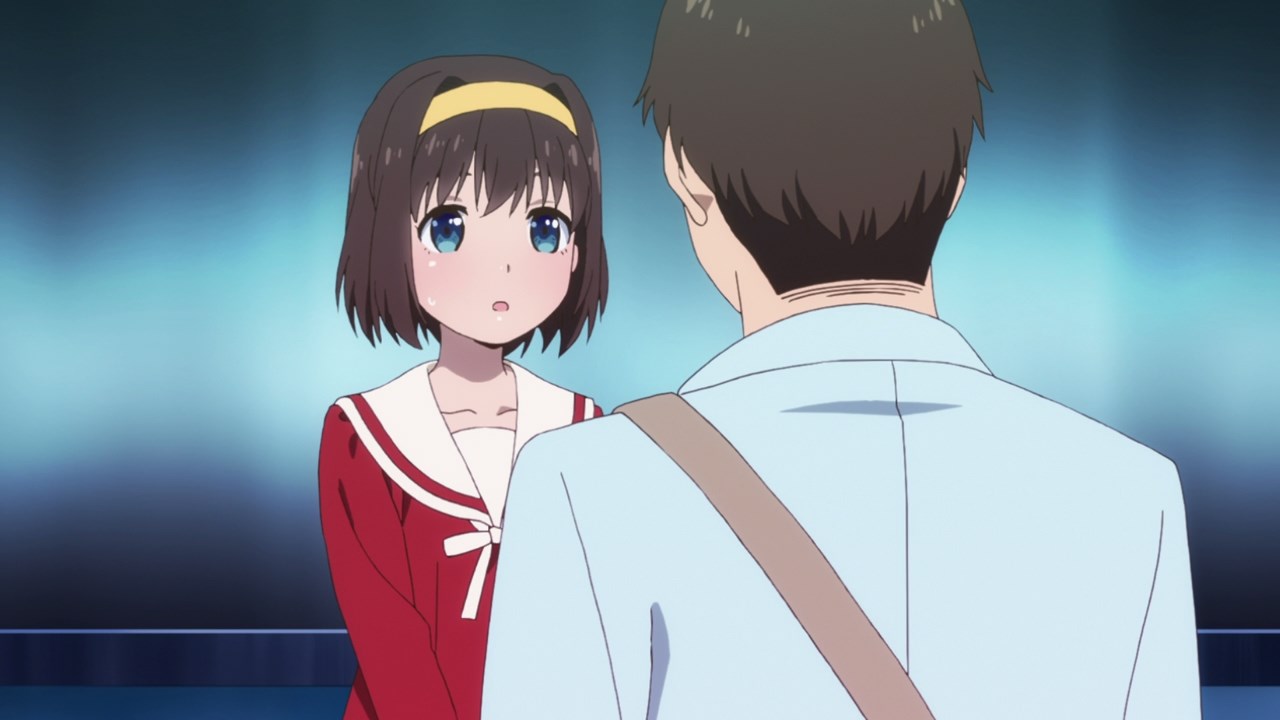 Oh yeah, and there’s more from KenKen as he’s actually a long-time fan of Airi Kagami. Hmm, I feel that she has some bad memories on her previous job. 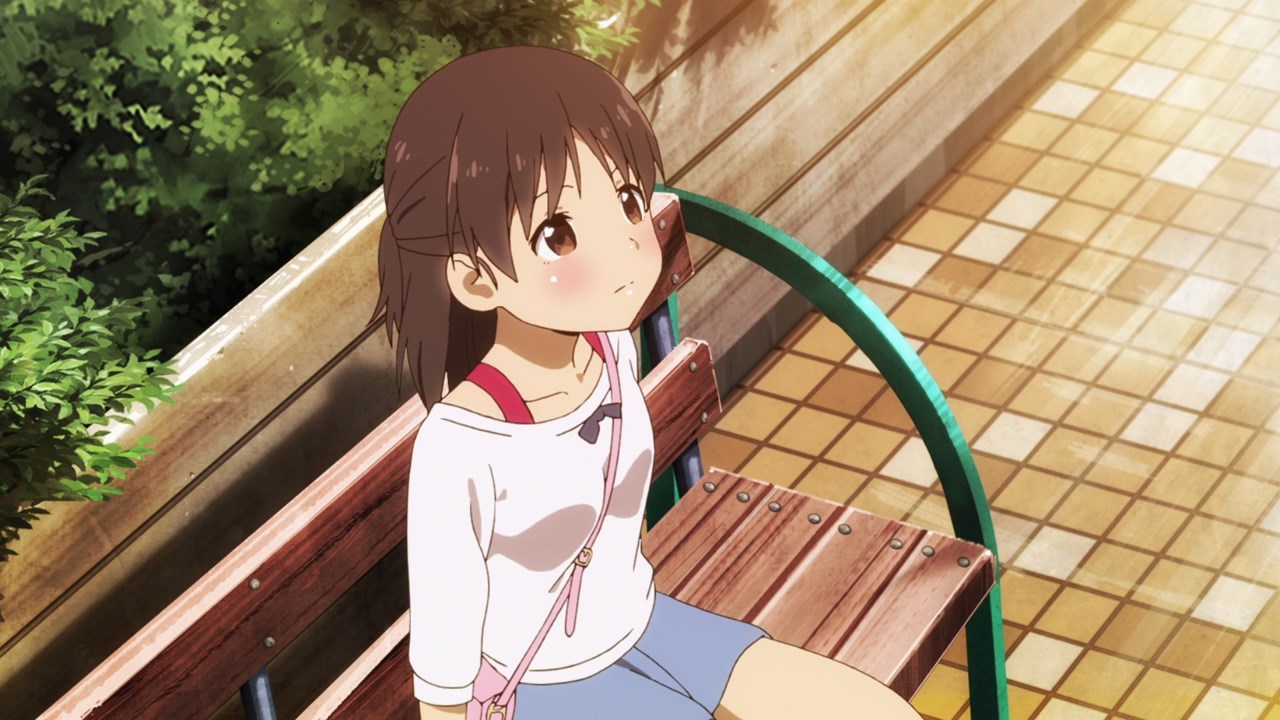 Speaking of Airi Kagami, she’s at the Super Material Theater where Airi is contemplating on whether to return to her old troupe or quit her acting career. Oh yeah, and about her previous job? 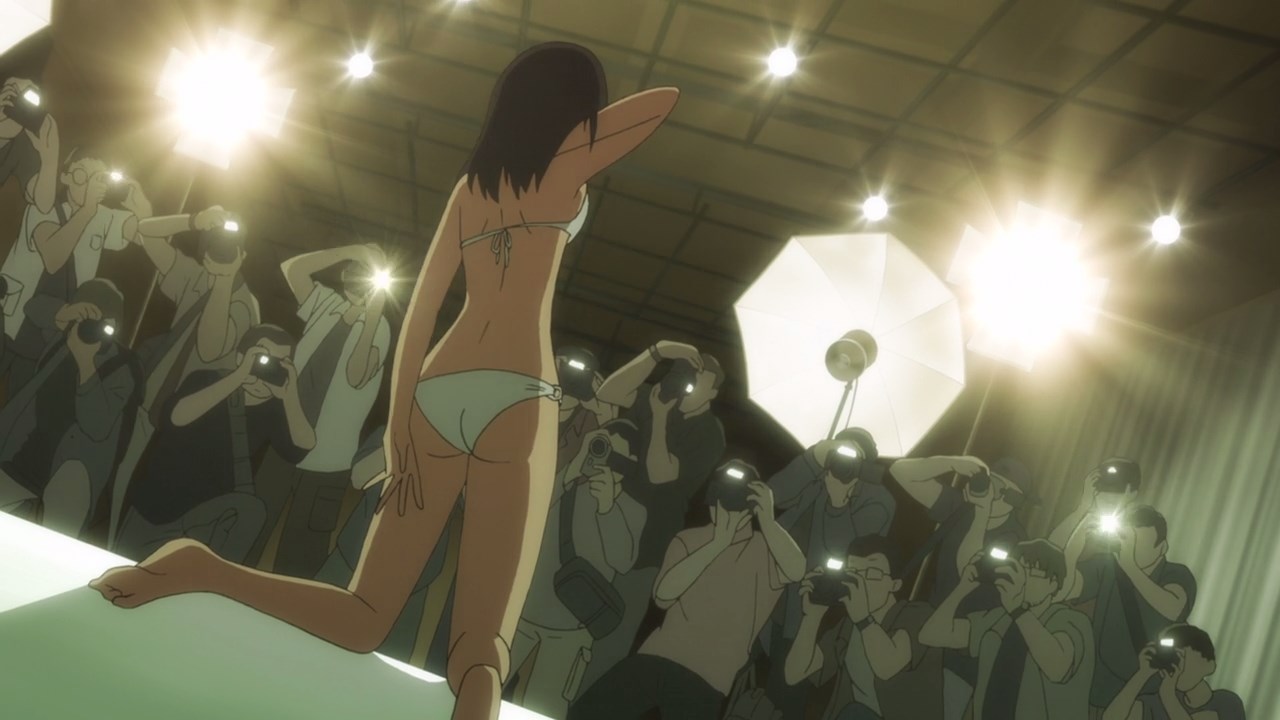 Well, turns out that she previously worked as a gravure idol. And here’s the thing though as Airi has some regrets on doing risque things like taking her top off, which is why she left the gravure industry afterwards. 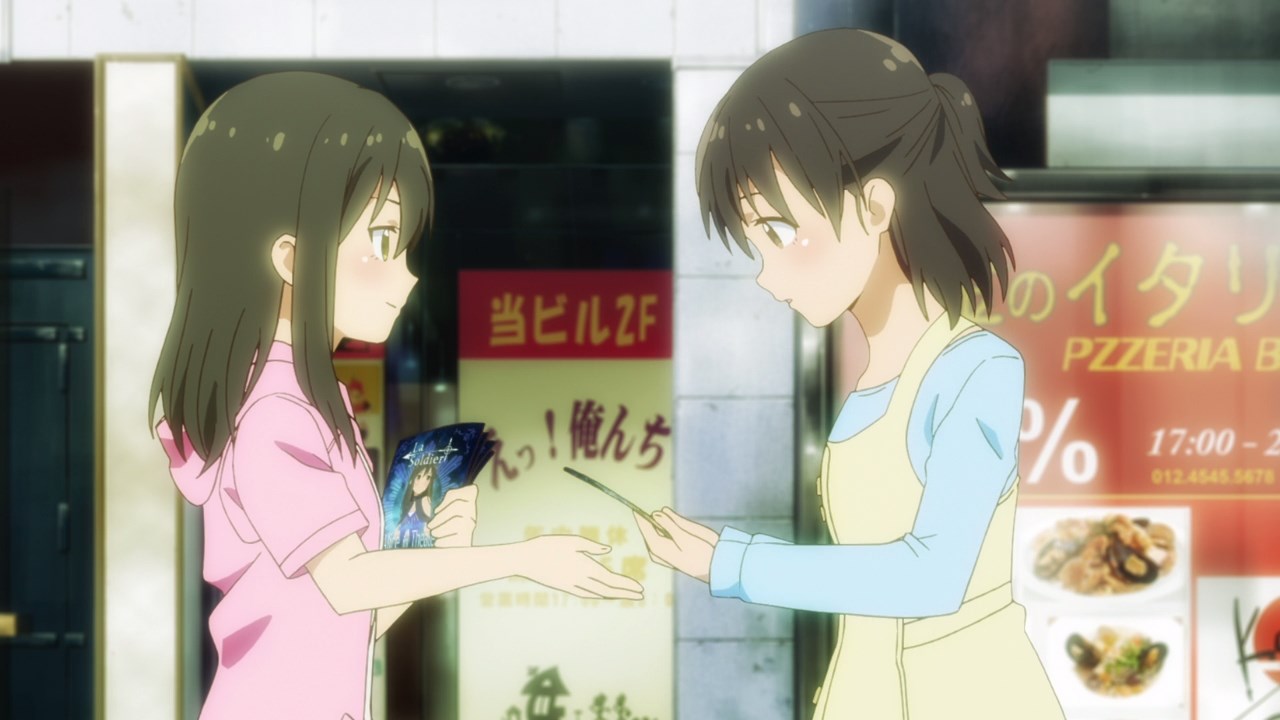 Fortunately, she found salvation in the form of Izumi Hinazaki where Airi Kagami has decided to become a stage actress much like Izumi.

Too bad that Hinazaki went to SMT, which is a big blow for Kagami after joining Alice in Theater. Seems that Izumi wants to become popular by joining a bigger acting troupe. 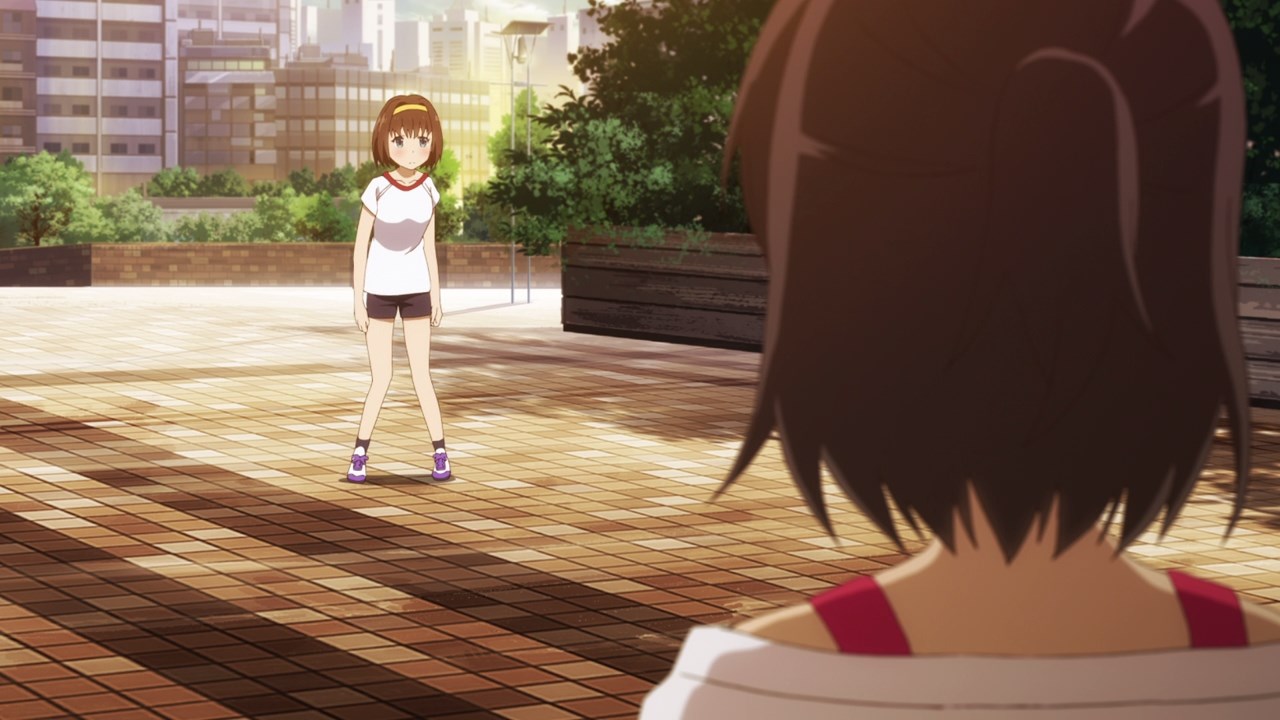 Now then, it looks like Seria Morino finally found Airi Kagami after disappearing for a long time. Man, I thought that Seria won’t see Airi ever again. 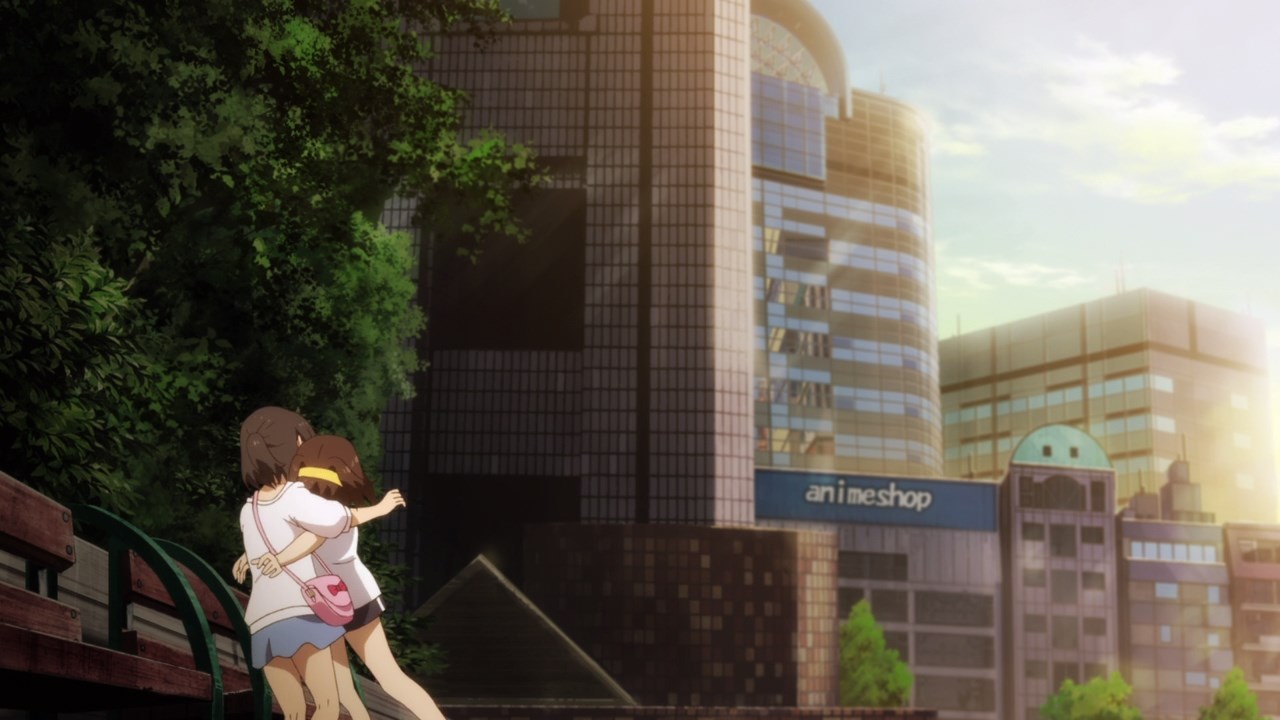 While she wants to become the best stage actress, Seria can’t move forward without Airi guiding her. But hey, I’m glad that Airi will return to Alice in Theater. 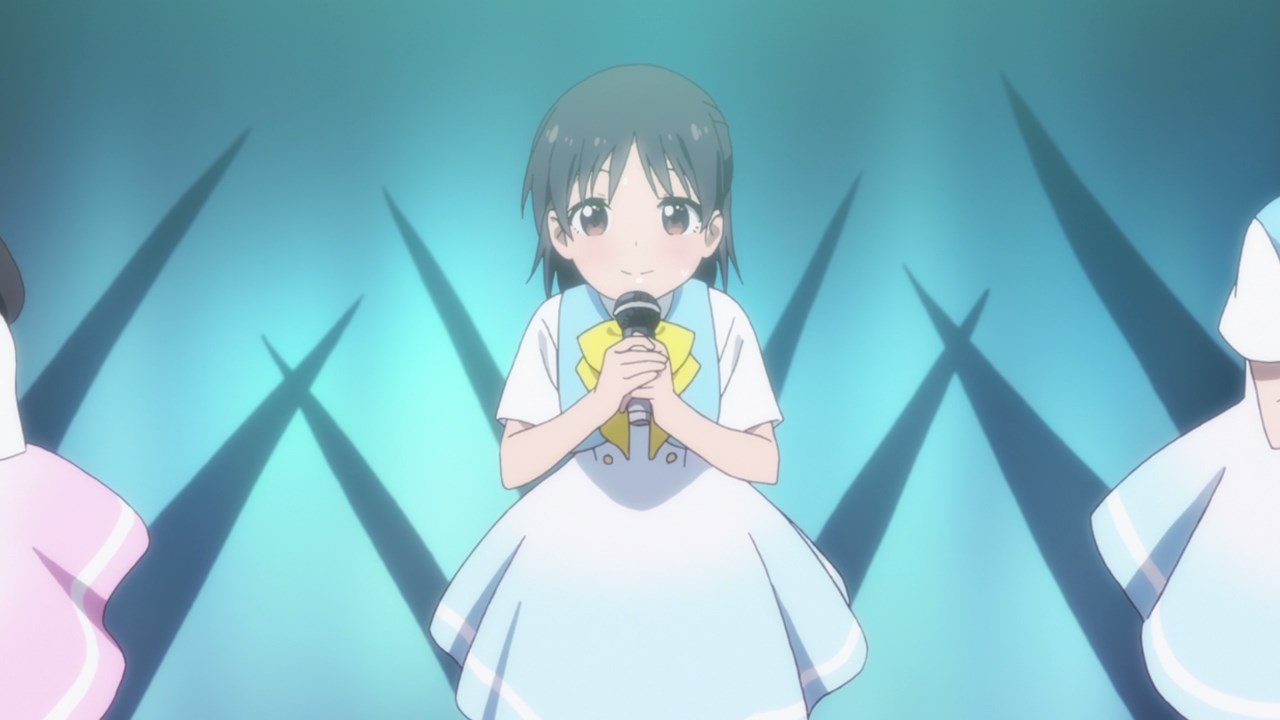 And seriously, Airi Kagami is amazing on stage as both an idol and an actress. I feel that she finally moved onto her previous life, although Airi still thinks about Izumi Hinazaki. 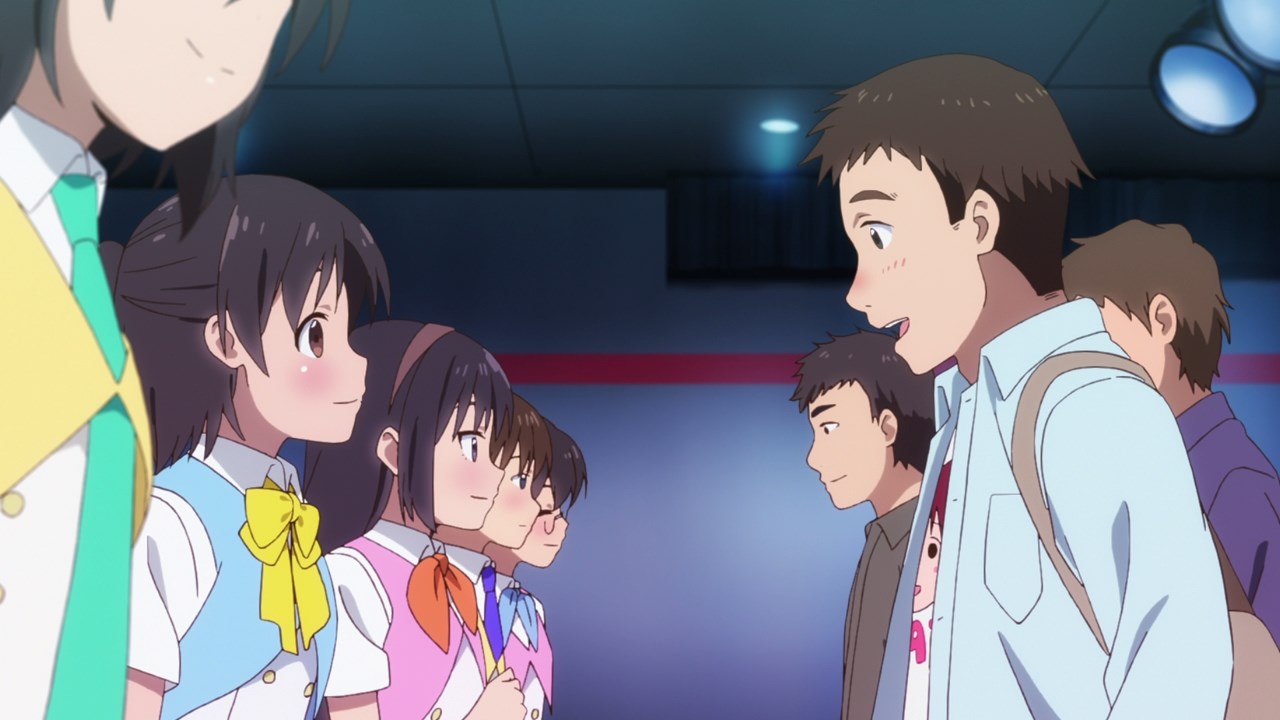 Fortunately, Kagami has the support from her fans including KenKen in which he’s delighted to see her again. Looks like Alice in Theater made a successful mini-concert/stage play, but does it rake some cash? 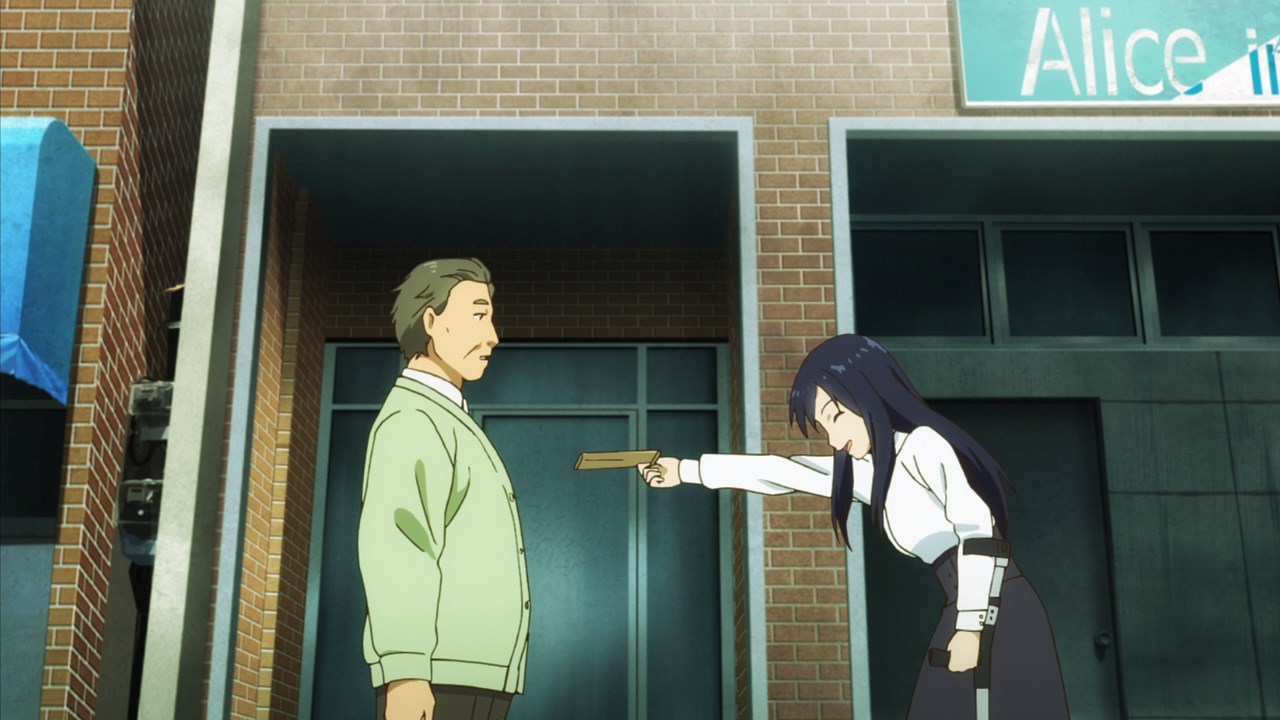 Well, it does as Kaoru Sakakibara collected the money and pay the bills to Mino-san. I have to say that Alice in Theater found their own niche as they combine stage plays with idol concerts, therefore Kaoru decided to call her troupe as Gekidol.

But that’s about it for this episode and I have to say that combining stage plays with idol performances is a nice idea even though it’s already featured somewhat in the first episode. To be fair, Kaoru-san didn’t thought about it at first but now she found something that would save the theater from closure.

Of course, how long will they ride the idol wave remains to be seen as Super Material Theater is still a threat to them. But anyways, tune in next time where I’m hoping that the girls from Alice in Theater are doing fine!