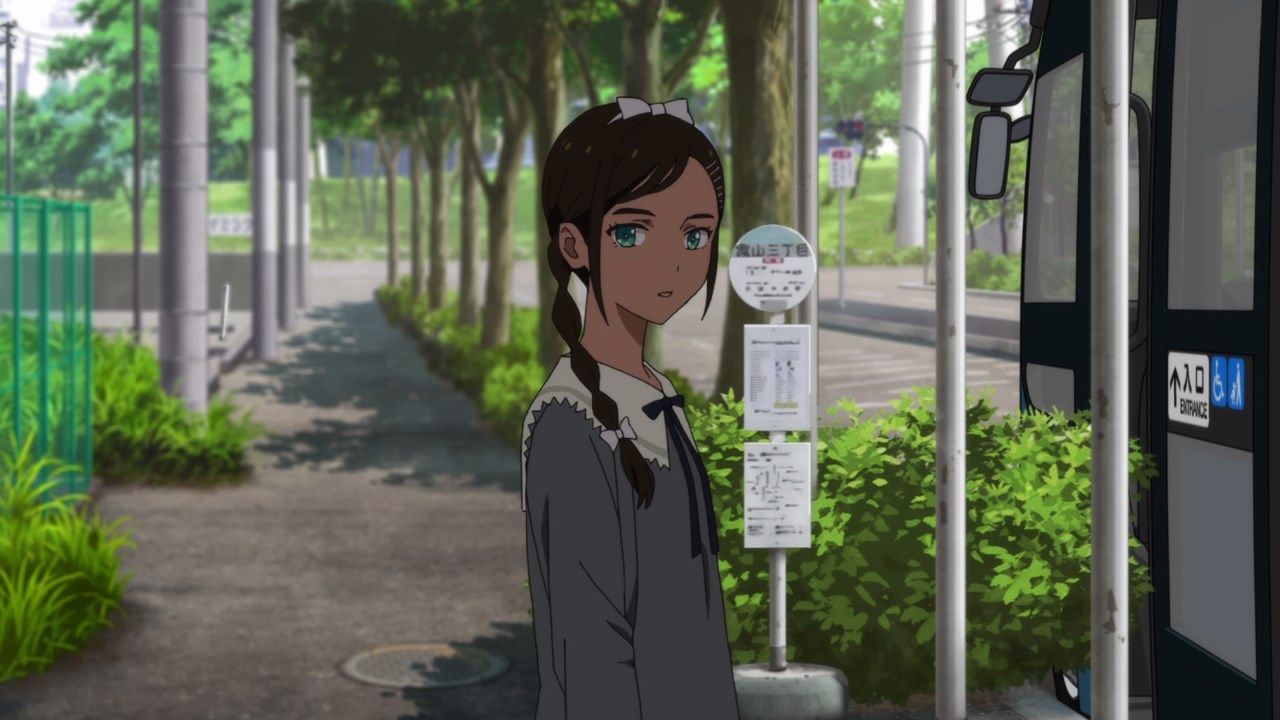 Well then, looks like we have a new character who aims to save someone. This is Neiru Aonuma where she told Ai Ohto not to interfere with her work on saving the wonder eggs. 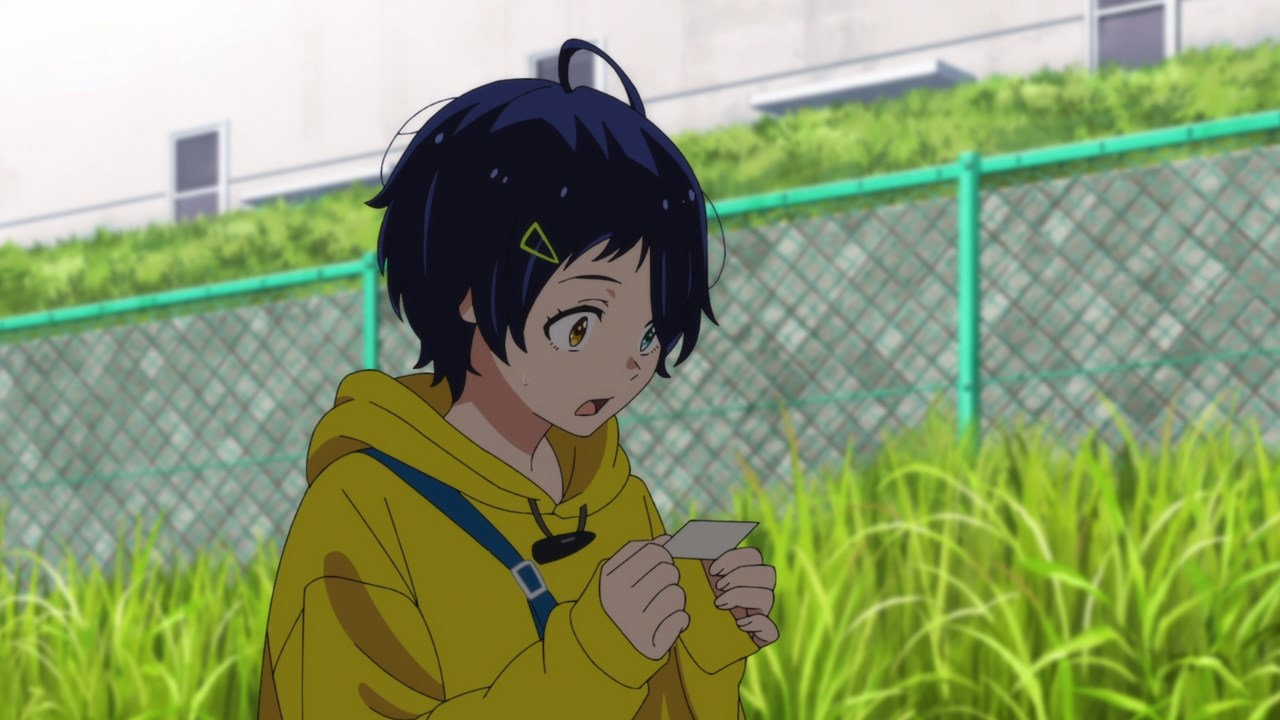 Of course, I’m not sure why Neiru doesn’t allow Ai-chan’s help but I’m hoping that she would soften up to Ohto at the end of this episode. 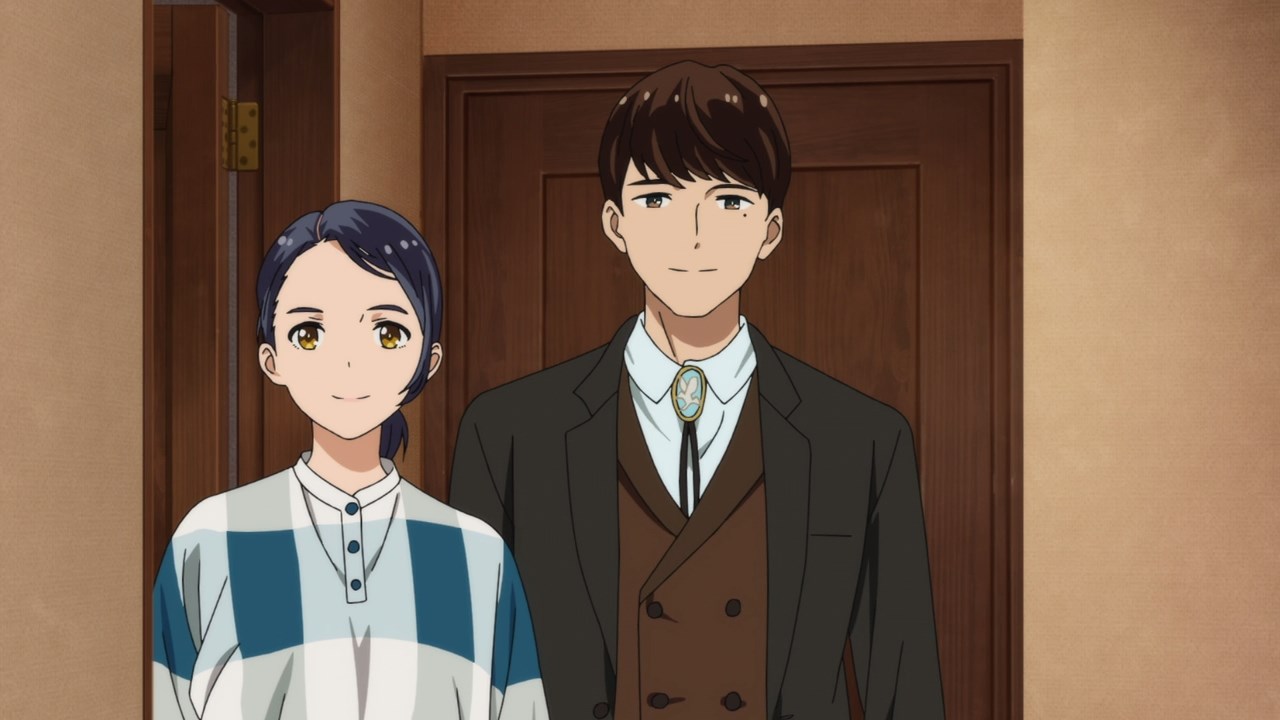 Meanwhile, it appears that Ai Ohto met a man in which he plans to marry her mother. Okay, I wanna know what happened to Ai-chan’s family. 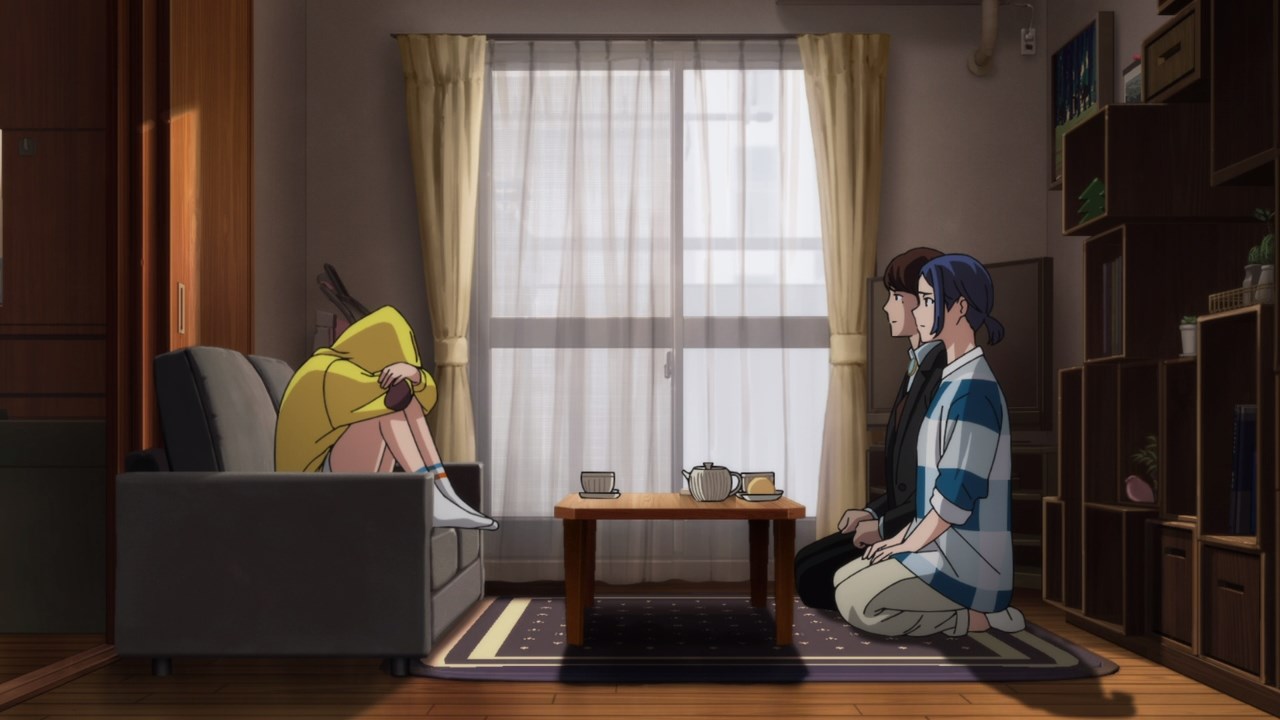 But speaking of Ai Ohto, she doesn’t want her mother to remarry as Ai-chan doesn’t trust that man. Well then, I think we’ll talk about Ai-chan’s family issues for some other time. 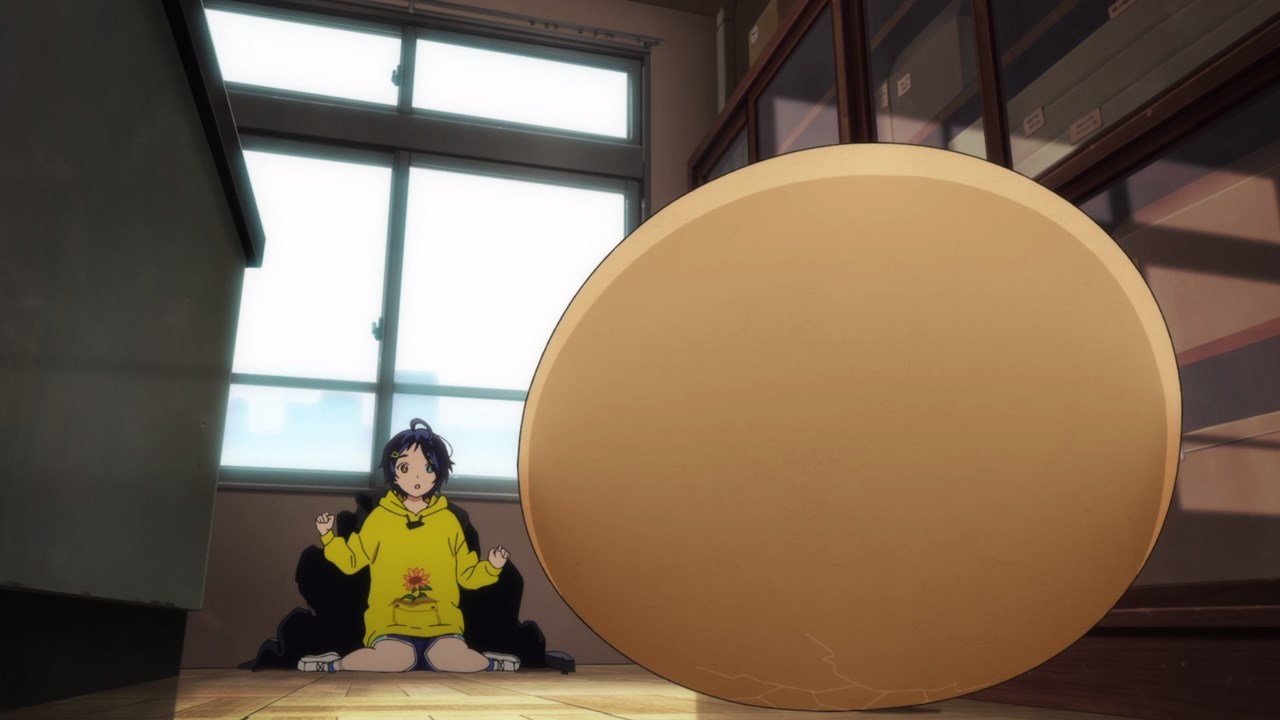 For now, it’s time for Ai-chan to tackle another wonder egg, although she accidentally crack it in which the egg got larger. 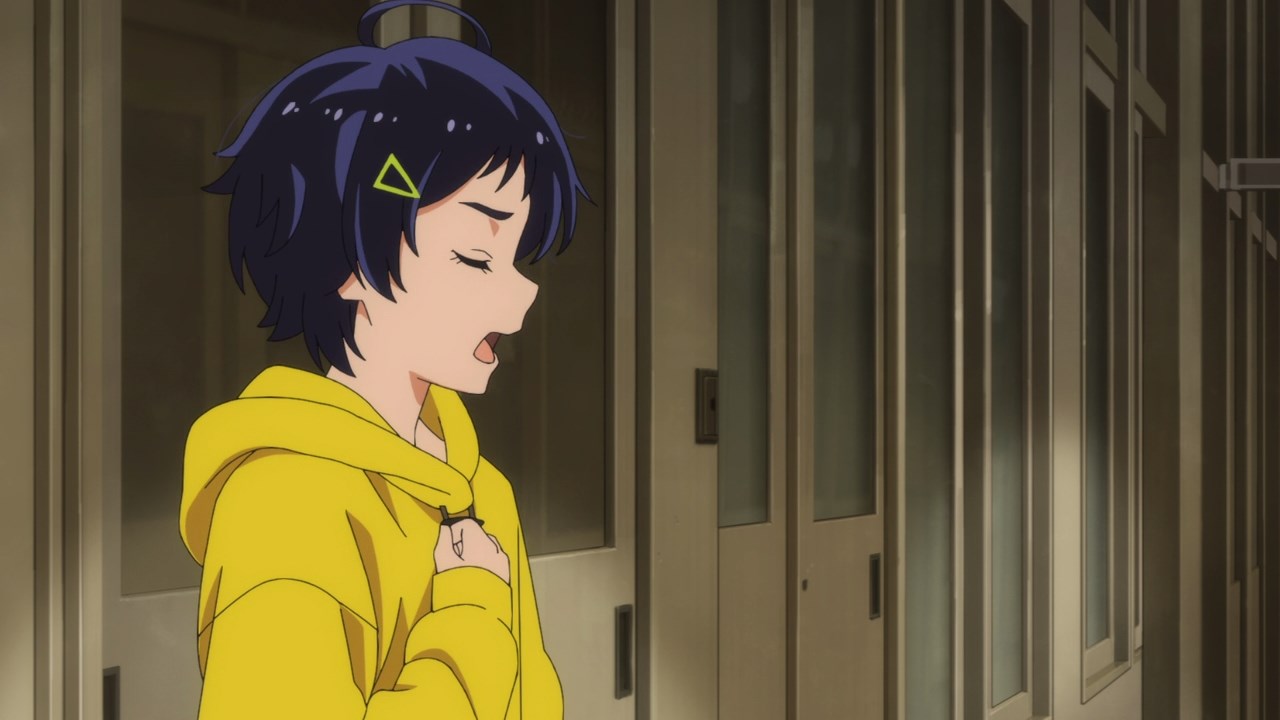 And while she tries to get away with it, I don’t think Ai-chan will escape her duty of saving someone. 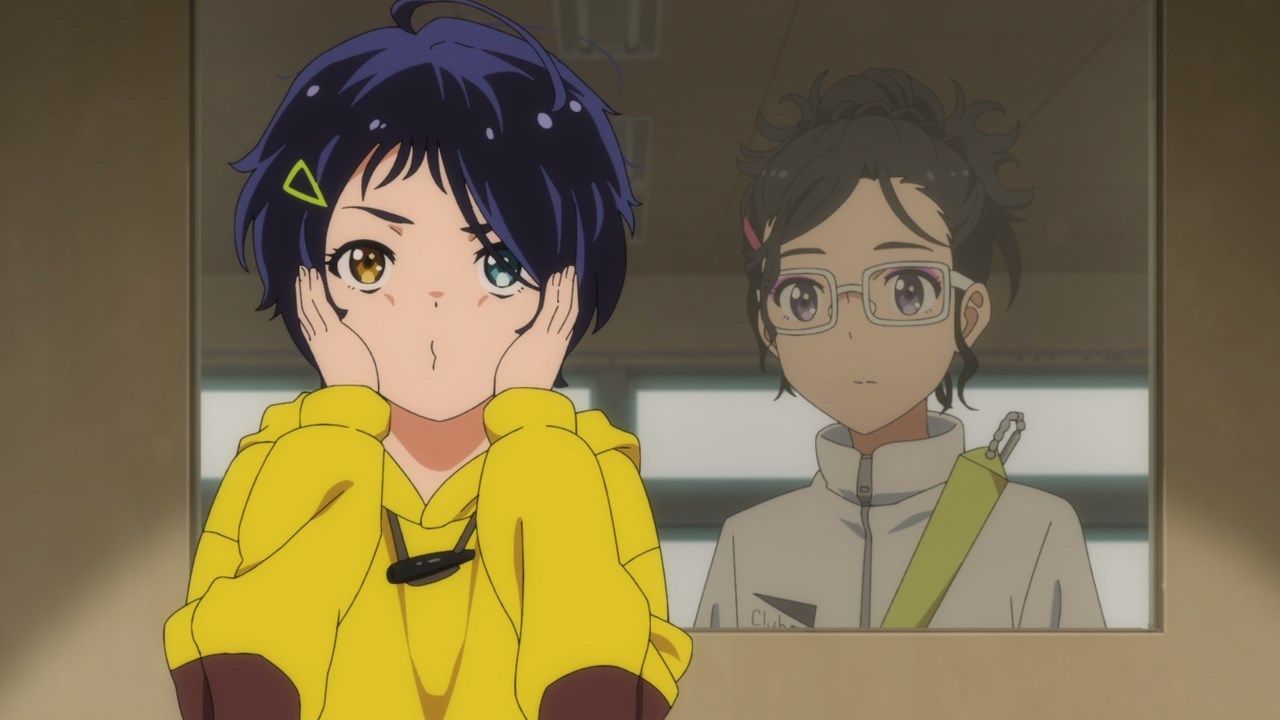 But anyways, this episode’s victim is Minami Suzuhara who is an aspiring gymnast that’s being treated poorly.

And if you’re thinking that the bullies are the one who torment Suzuhara? You’re wrong. 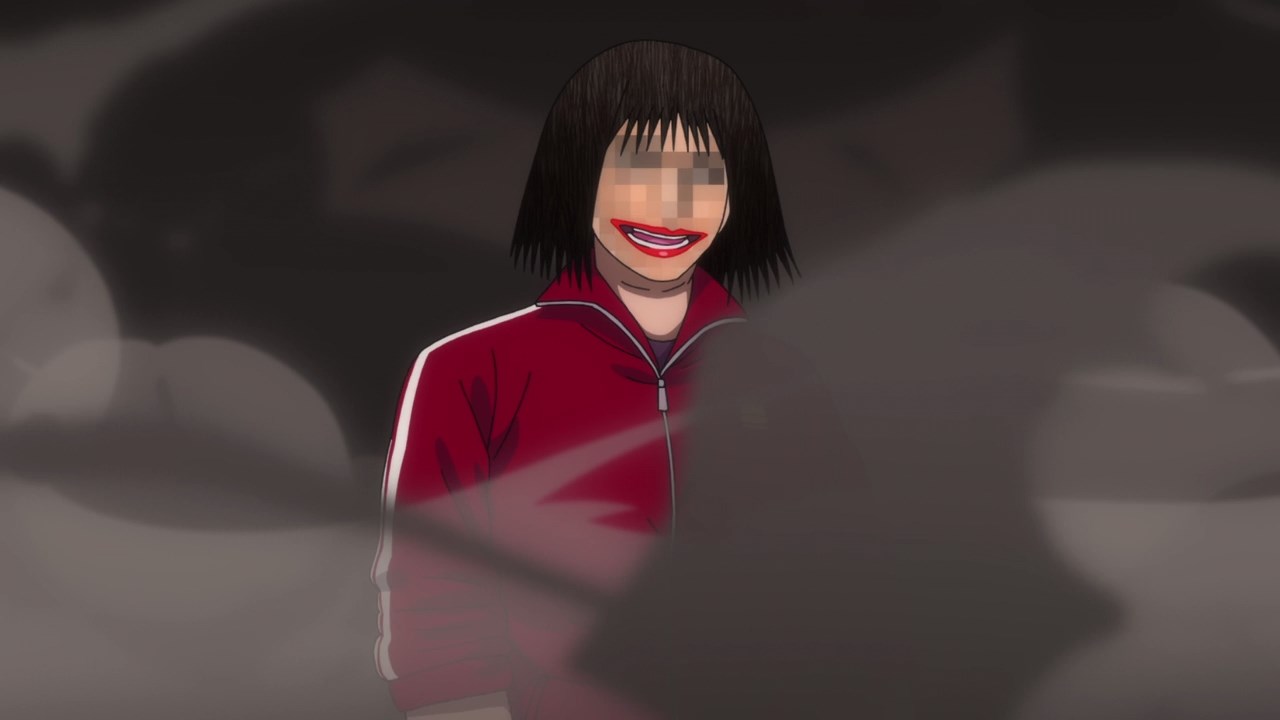 Turns out that it was Minami’s gymnastic coach who treat her like trash. By the way, the leaders of See No Evil are called Wonder Killers which they represents a victim’s trauma. 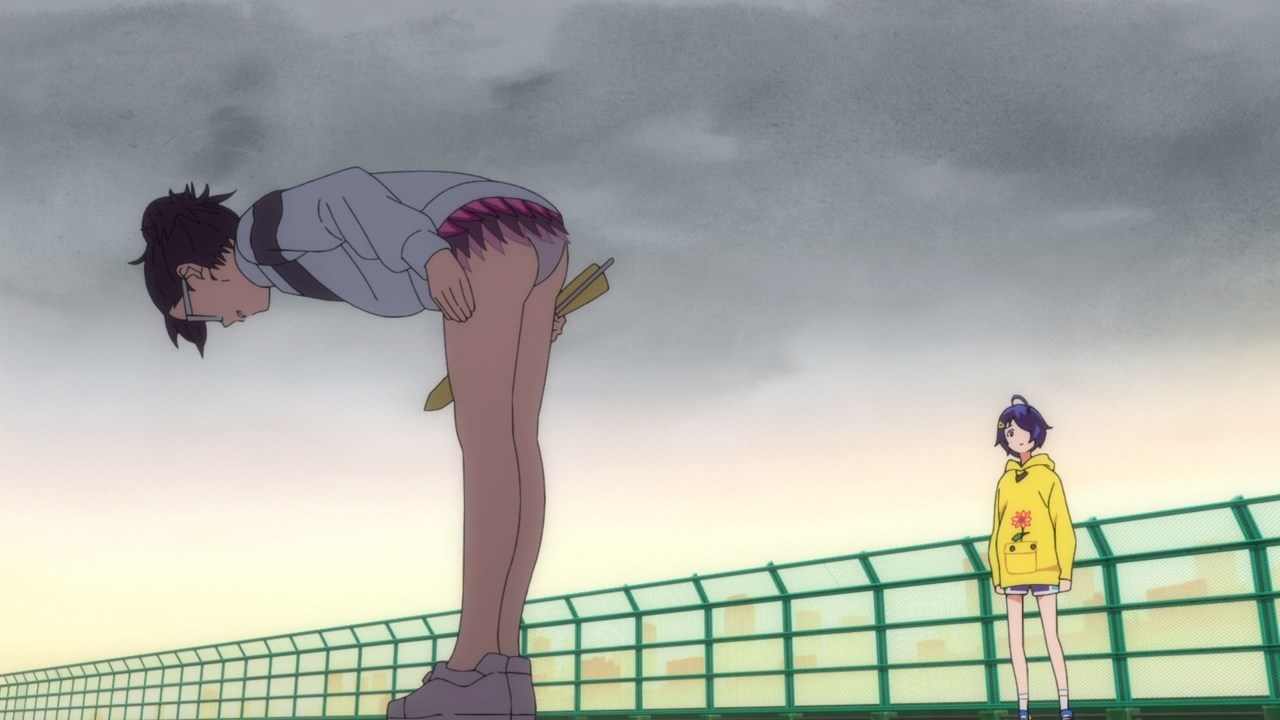 Unfortunately, rather than running away since Wonder Killers are dangerous, Minami apologized for being weak.

Okay Suzuhara, you should get away from your gymnastic coach as she’s gonna kill you!

Oh and it gets worse when the coach suddenly transforms into an abomination. Seriously Minami, you should run away! 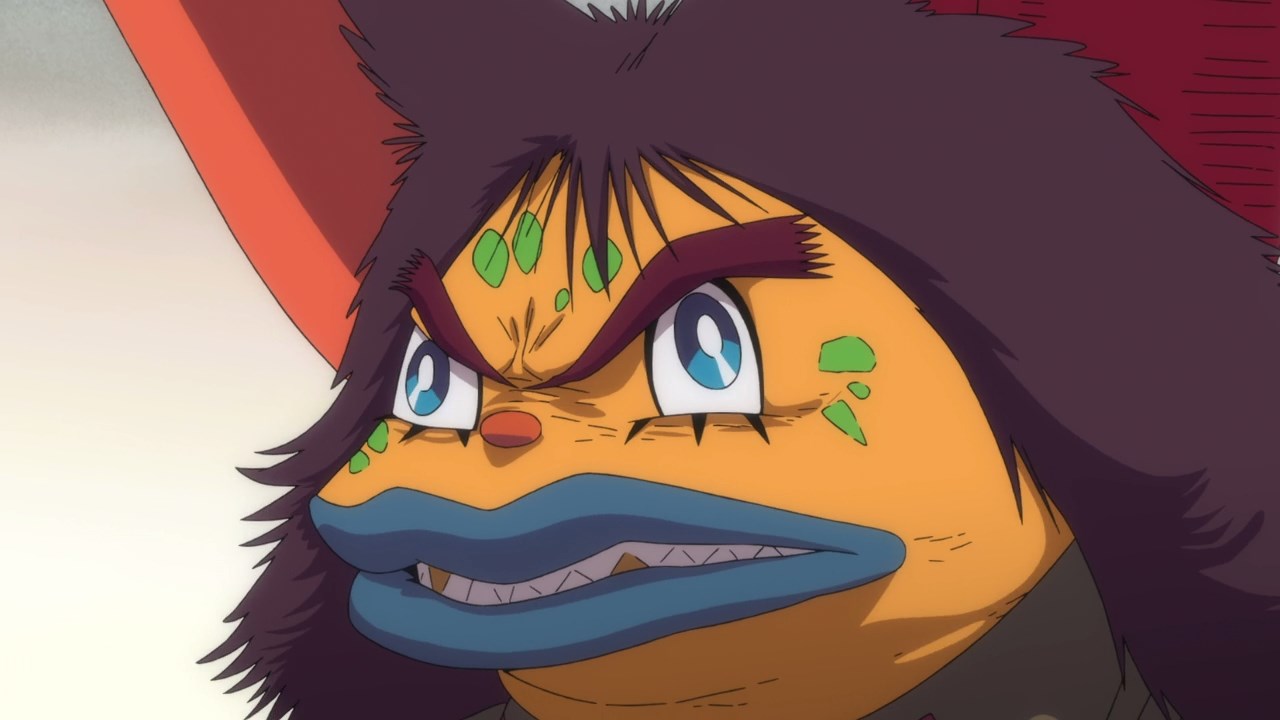 Well then, looks like this Wonder Killer has finished its transformation and believe me, it’s ugly as hell. 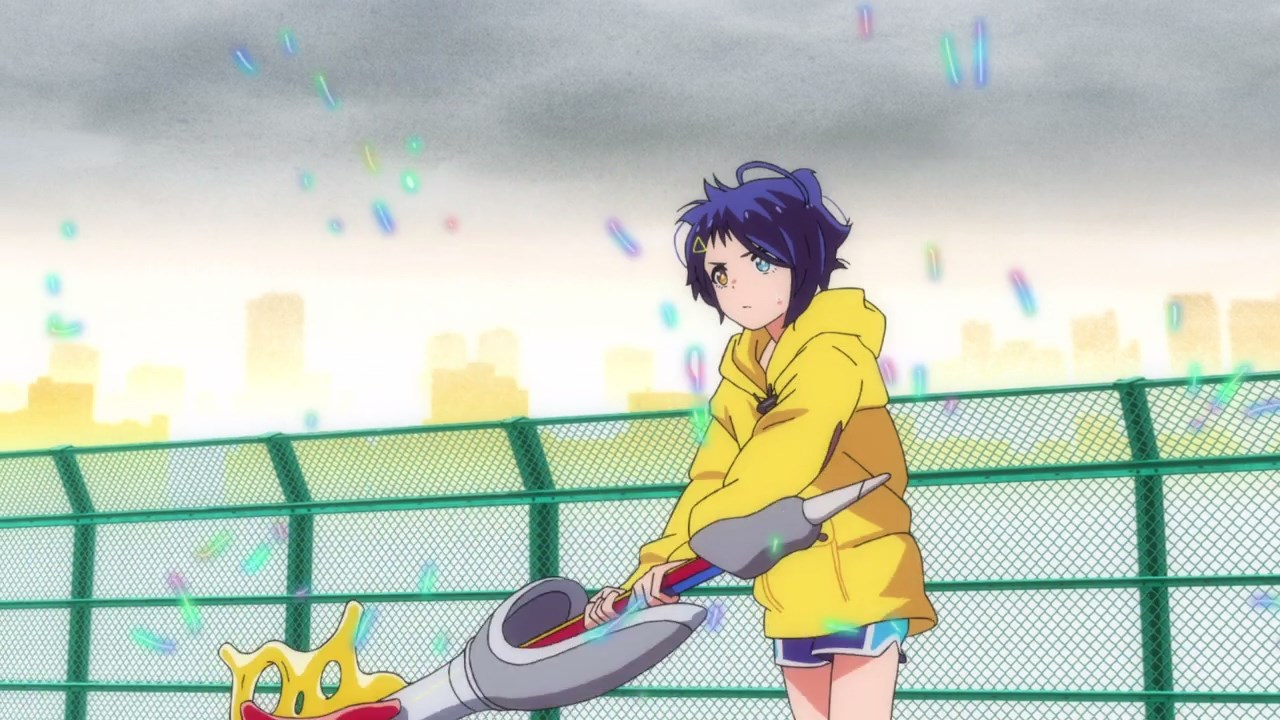 Of course, Ai Ohto will try to save Minami Suzuhara from her nasty coach as she’s no longer human.

Unfortunately, this nasty coach is too strong that she fling Ai-chan away. Man, this week’s Wonder Killer has some fucked-up design.

But as for Ai-chan, it appears that she still has some regrets on losing Koito Nagase, hence Ai-chan is holding her strength back. 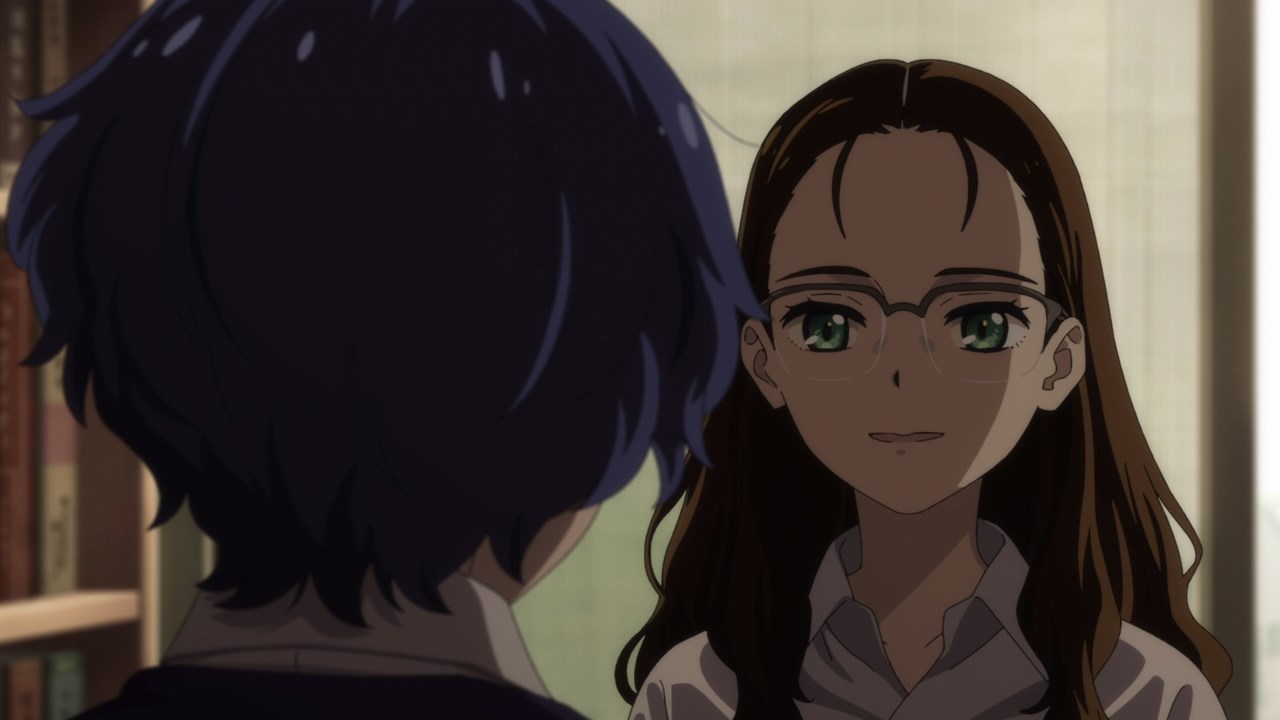 Speaking of Koito Nagase, it appears that she’s not only bullied for protecting Ai Ohto, but she has preferential treatment from male teachers to the point that Koito is being molested.

Man, I feel that Koito Nagase suffered the most than Ai Ohto that she committed suicide.

Of course, she can’t remain weak forever as Ai-chan attempts to rescue Minami from the Coach Wonder Killer. 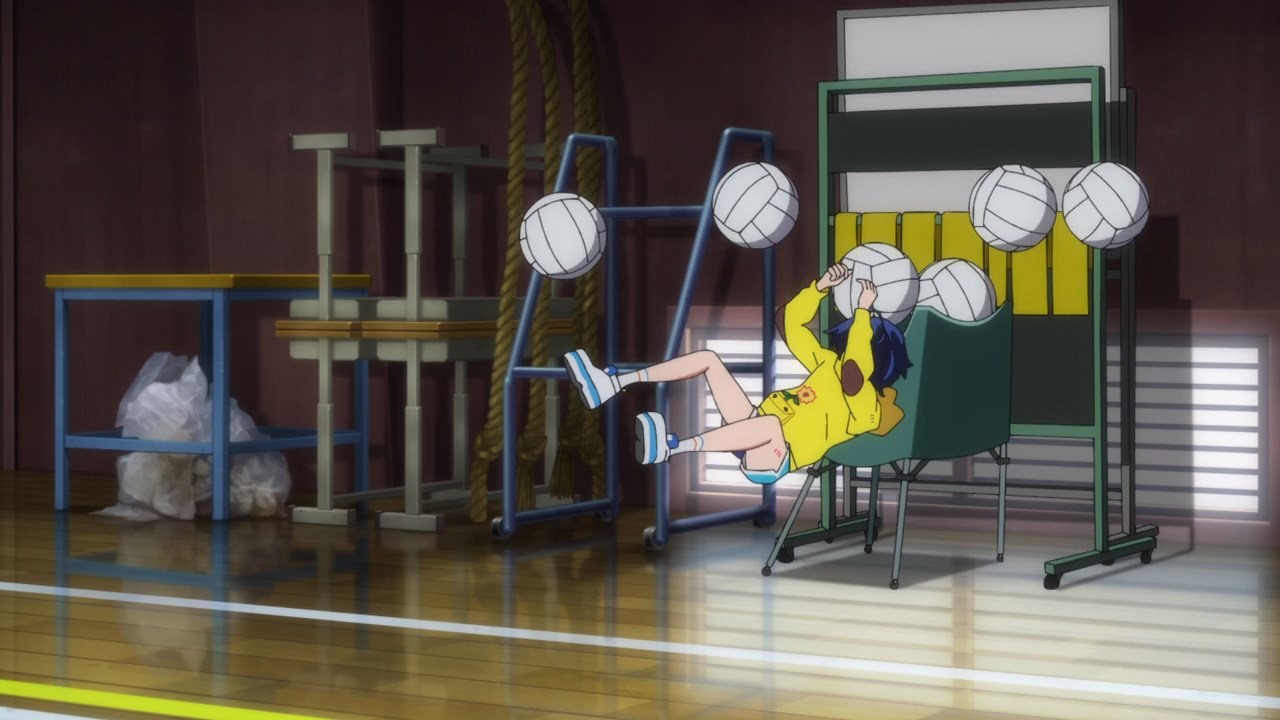 But rather than slaying the nasty coach, it appears that Ai Ohto couldn’t beat her. Seems that Ai-chan needs another strategy to defeat the Wonder Killer.

Meanwhile, Minami Suzuhara tries to stop her coach but at this point, it’s useless as her coach has become a monster. 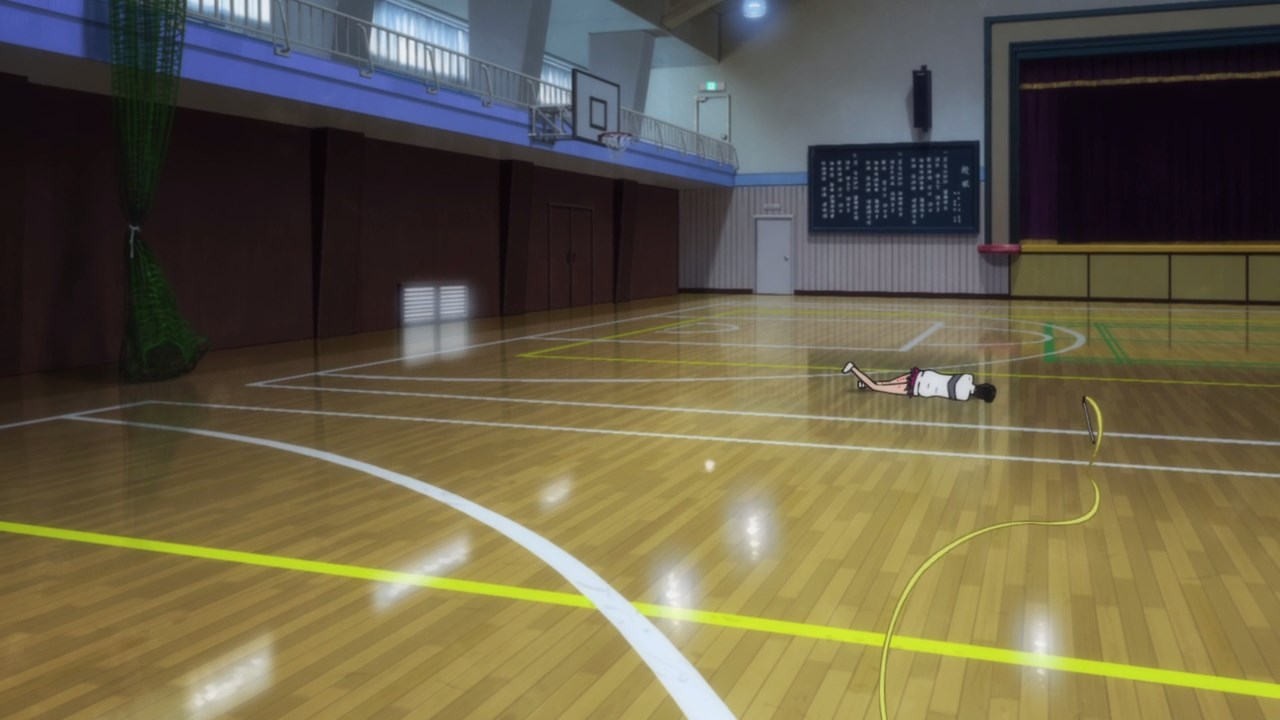 Man, I feel that Minami Suzuhara is gonna get killed soon enough as her gymnastic coach doesn’t give some tough love, but rather gross abuse towards her students.

Now let’s go back to Ai Ohto where she’s using Minami’s ribbon want to whip up the nasty coach back to shape. Sorry for the horrible joke. 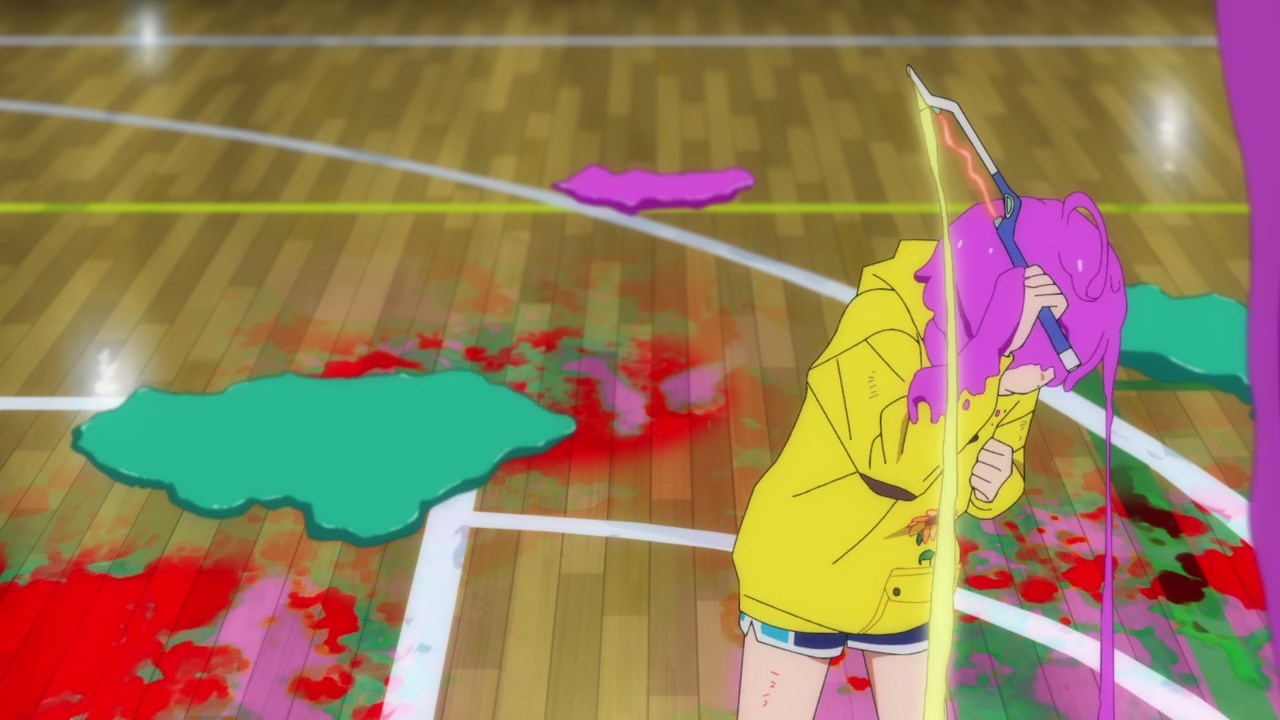 But even if she has a ribbon wand, it appears that the Coach Wonder Killer decided to blind Ai-chan with her nasty goo, which comes out from her tits. 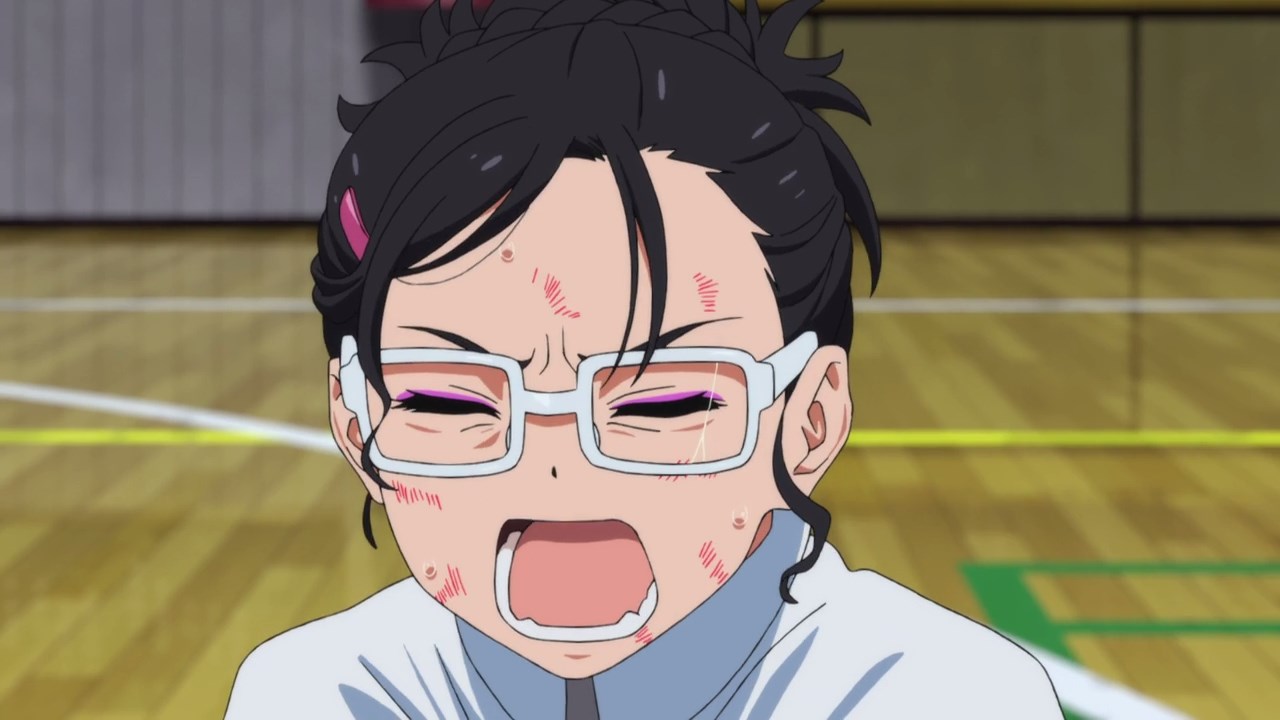 Fortunately, Minami Suzuhara is here to help Ai Ohto out as she gives Ai-chan directions on how to dodge her coach’s attacks.

But thanks to Minami Suzuhara, Ai Ohto managed to dodge attacks until Ai-chan lands a fatal blow towards the Coach Wonder Killer. Looks like Ai-chan saved 2 girls from being killed in the dream world. 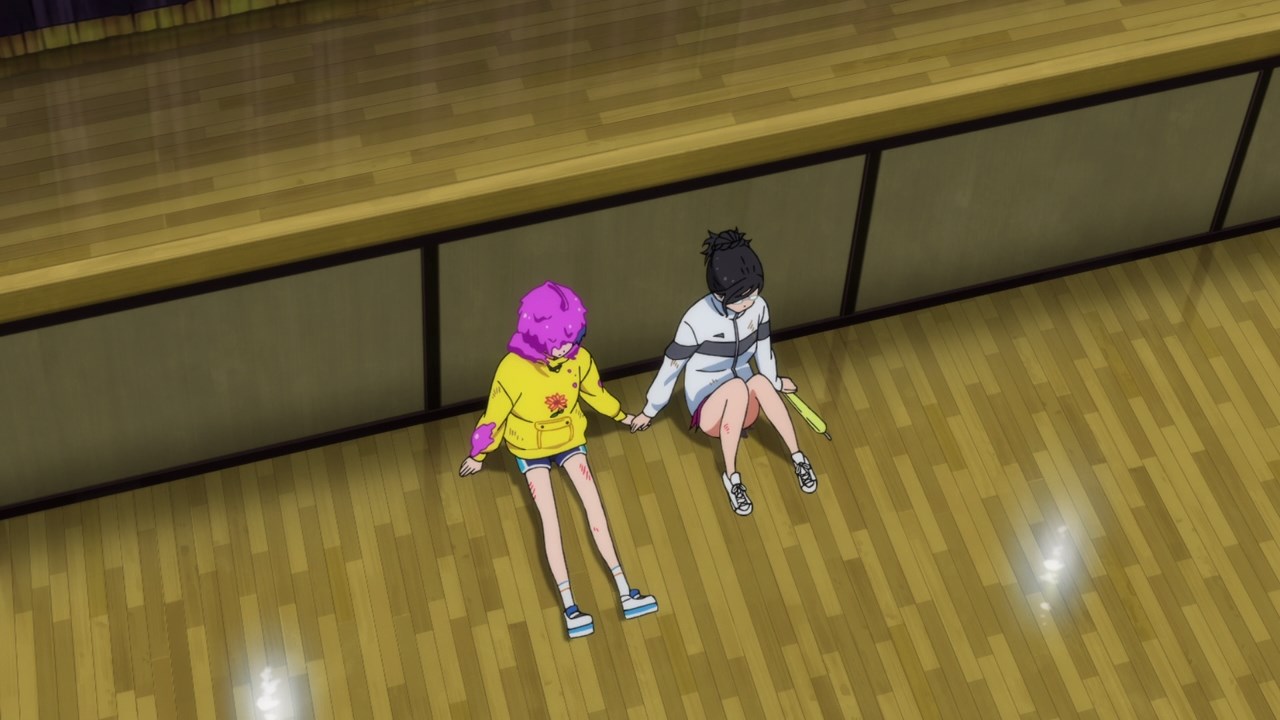 Sadly, it appears that Minami Suzuhara won’t be seeing again much like Kurumi Saijou from the previous episode.

But before she returns to the real world (I hope), Minami told Ai-chan not to forget about her. Man, I’m gonna miss Suzuhara! 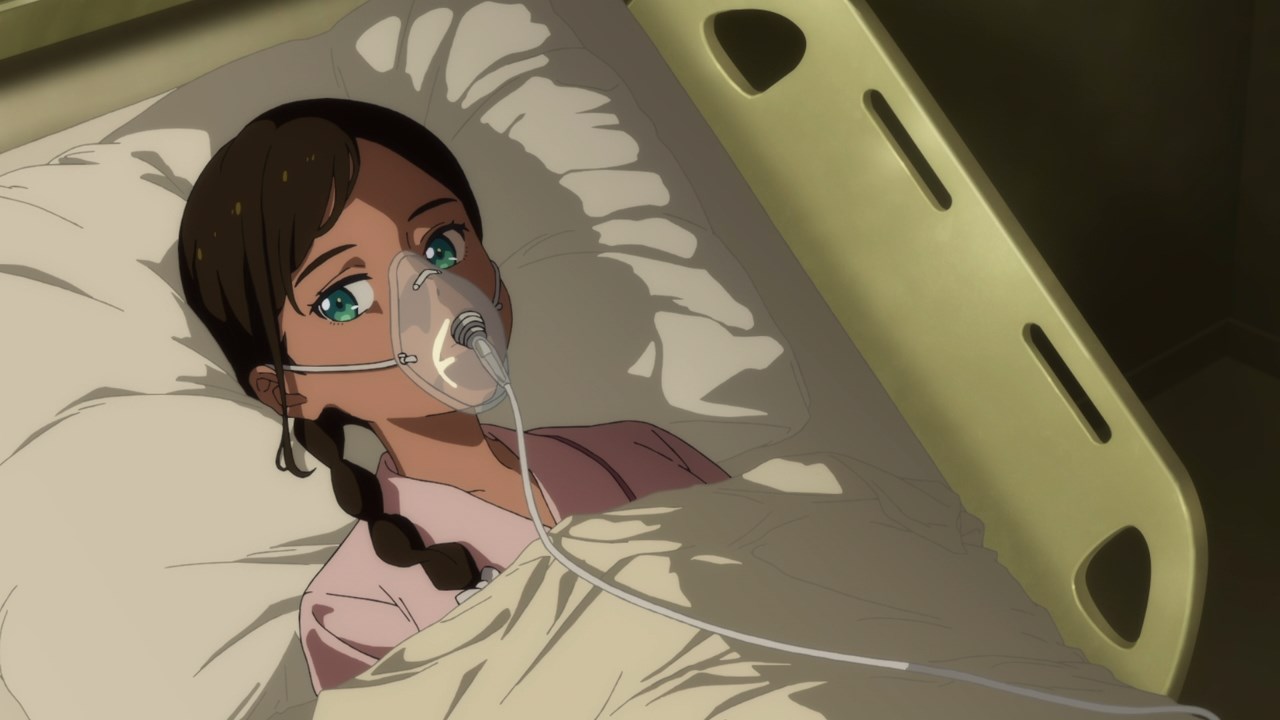 One last thing, here’s Neiru Aonuma where she’s admitted to the hospital due to unexplained injuries. I bet that she attempts to save a wonder egg from the See No Evil monsters.

Oh yeah, and there’s a reason on why she’s saving those wonder eggs is because Neiru wants to revive her dead sister. Then again, it’ll take a long time for Neiru to grant her wish. 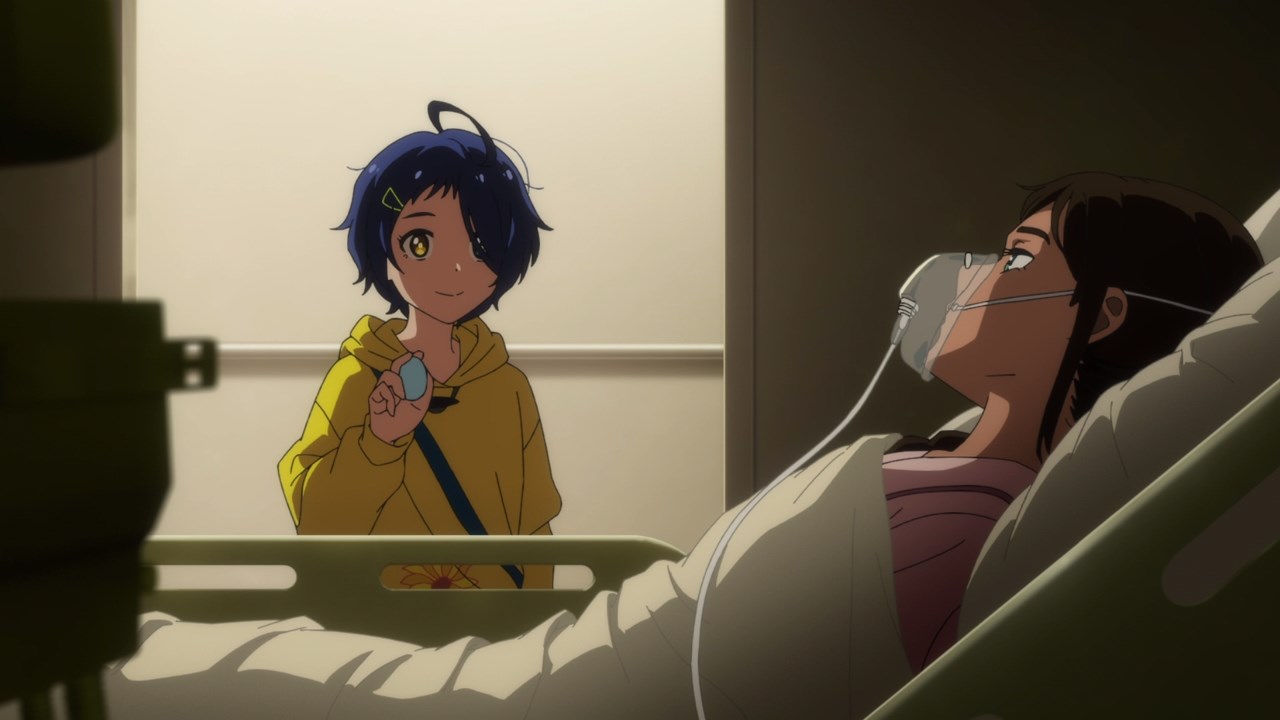 Fortunately, Neiru Aonuma got a visitor in the form of Ai Ohto. I guess Ai-chan doesn’t want to abandon Neiru as they’re aiming to save their loved ones.

Anyways, looks like Ai-chan and Neiru have become friends as I’ll see you next time. Then again, I wonder when will they revive their loved ones after saving all wonder eggs?