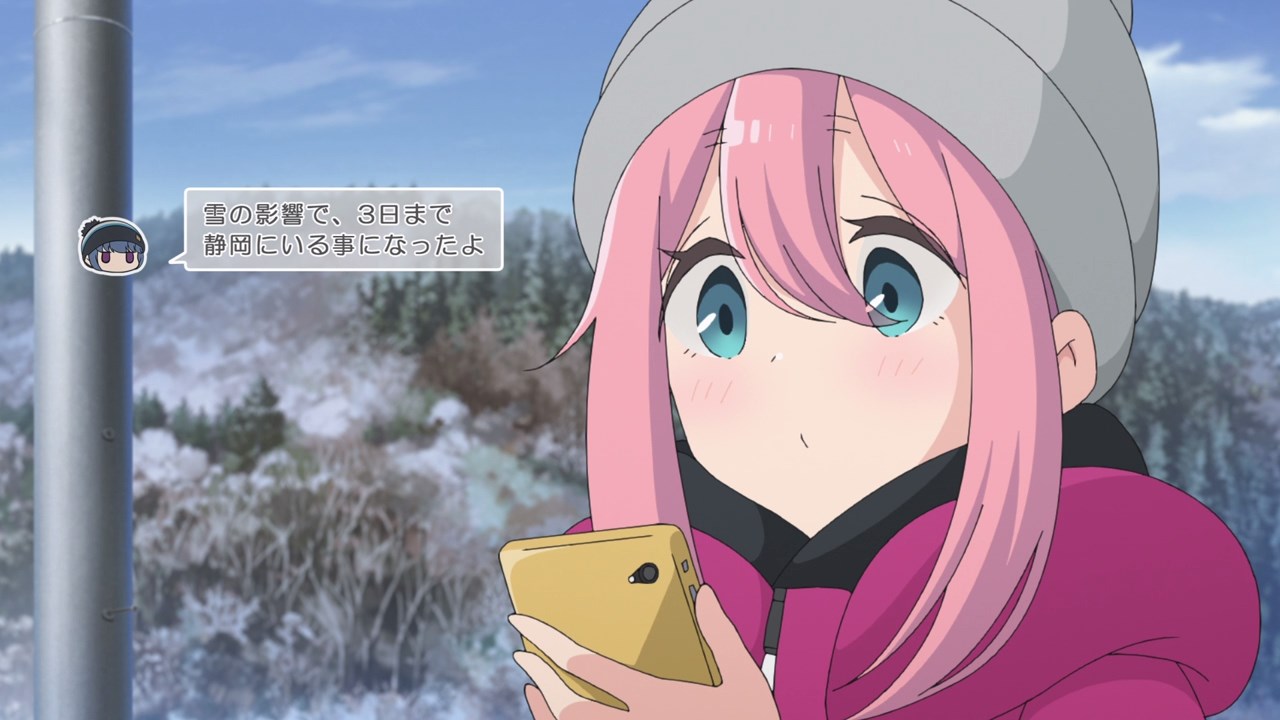 Oh look, Nadeshiko Kagamihara received a text message from Rin Shima where she told Nadeshiko that she’ll be extending her stay at the Shizuoka campsite, although Rin-chan is worried about running out of money. 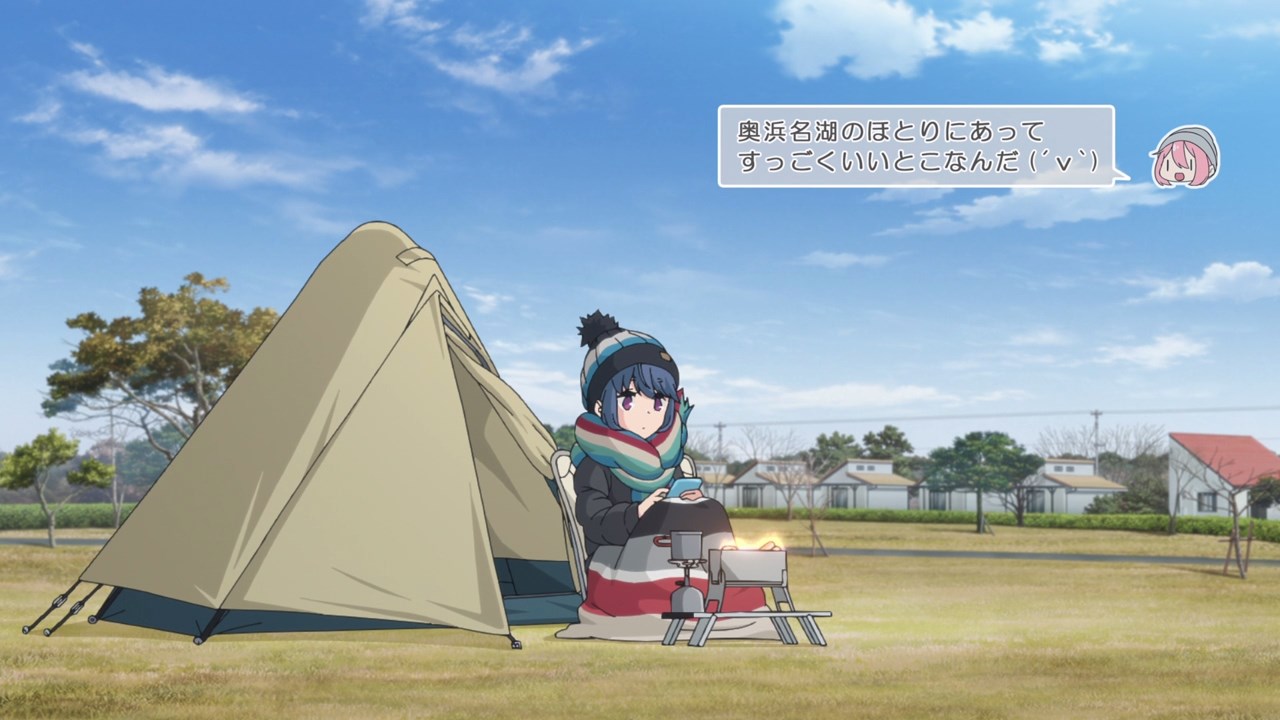 That’s until Nadeshiko told Shimarin to head to Hamamatsu where they’ll meet there. It appears that Nadeshiko found a place for Rin-chan to stay until the New Year holidays are over. 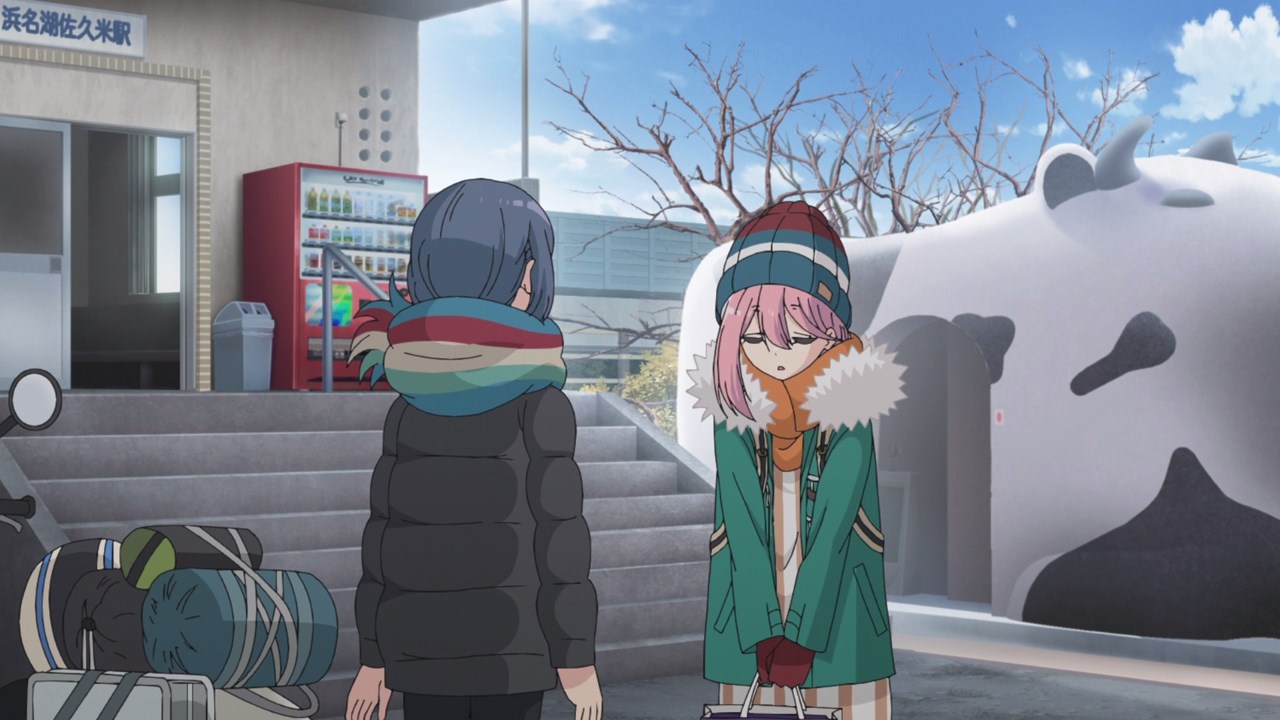 Anyways, they meet up at Sakume Station as Nadeshiko brought some gifts to Shimarin, which I have to say that it’s a blessing considering that Rin-chan is short of money after buying lots of food at the campsite. 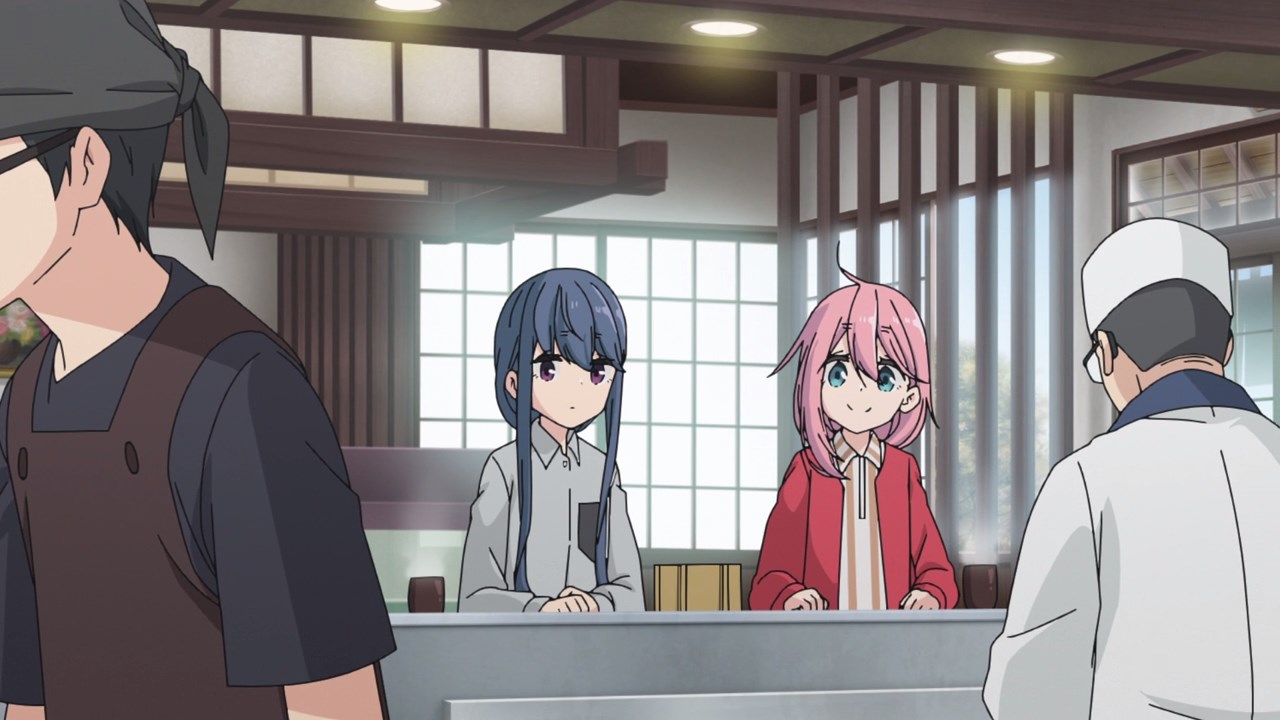 Oh yeah, and it seems that they went to a restaurant where it serves eel. Oh by the way, Nadeshiko will pay the bill which is a good thing since buying an unagi rice meal is expensive. 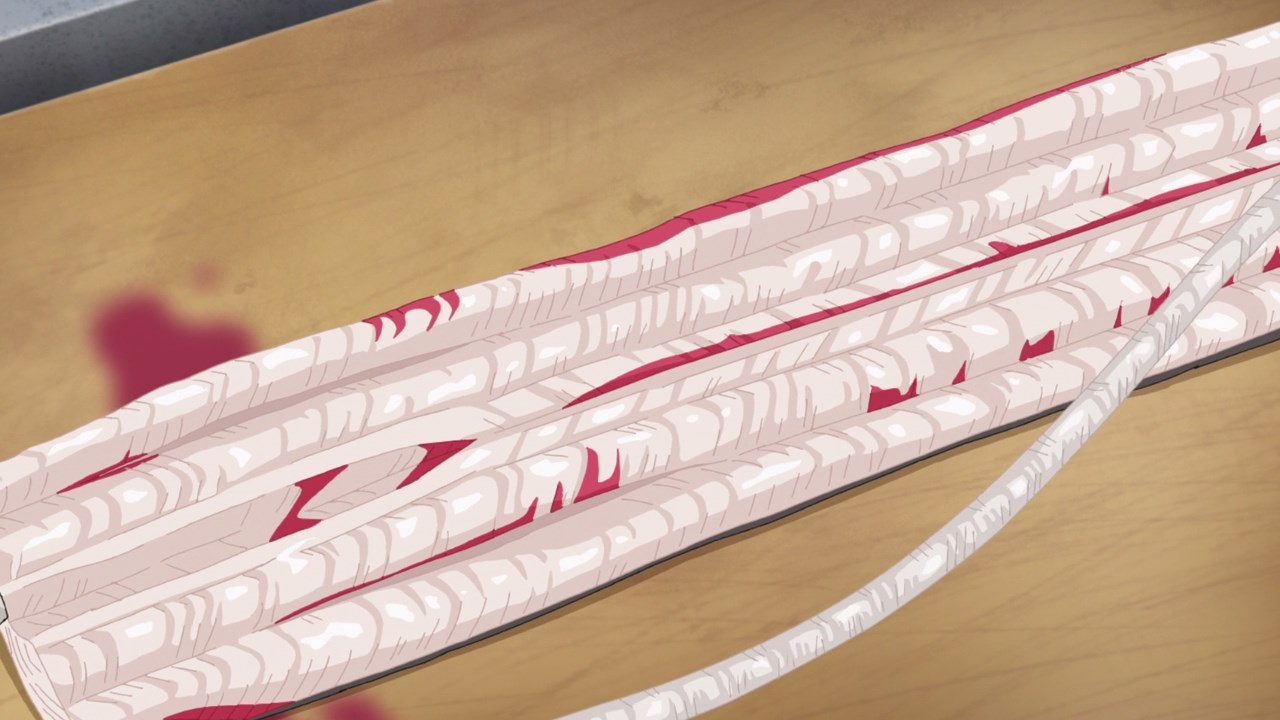 Now then, it’s time for the chef to prepare the eel for grilling by cleaning it first. 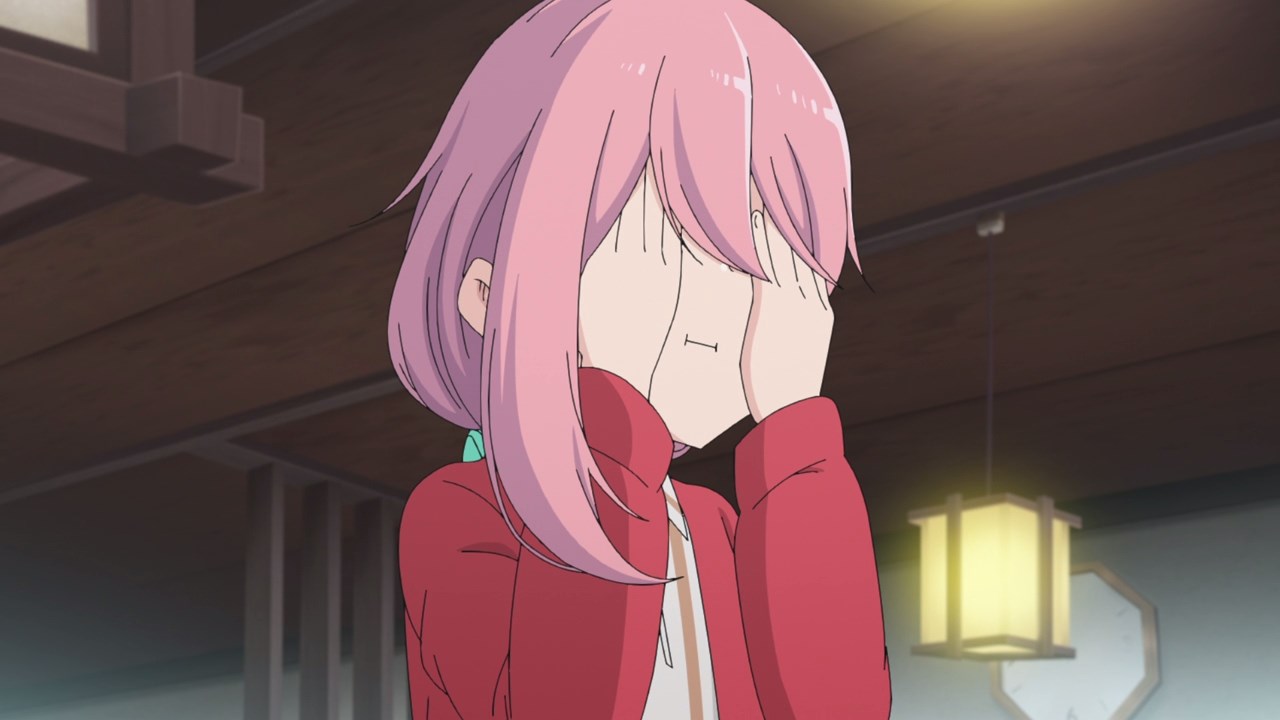 Unfortunately, Nadeshiko doesn’t like seeing blood as she covers her eyes. Would it be better if she sits away from the counter? 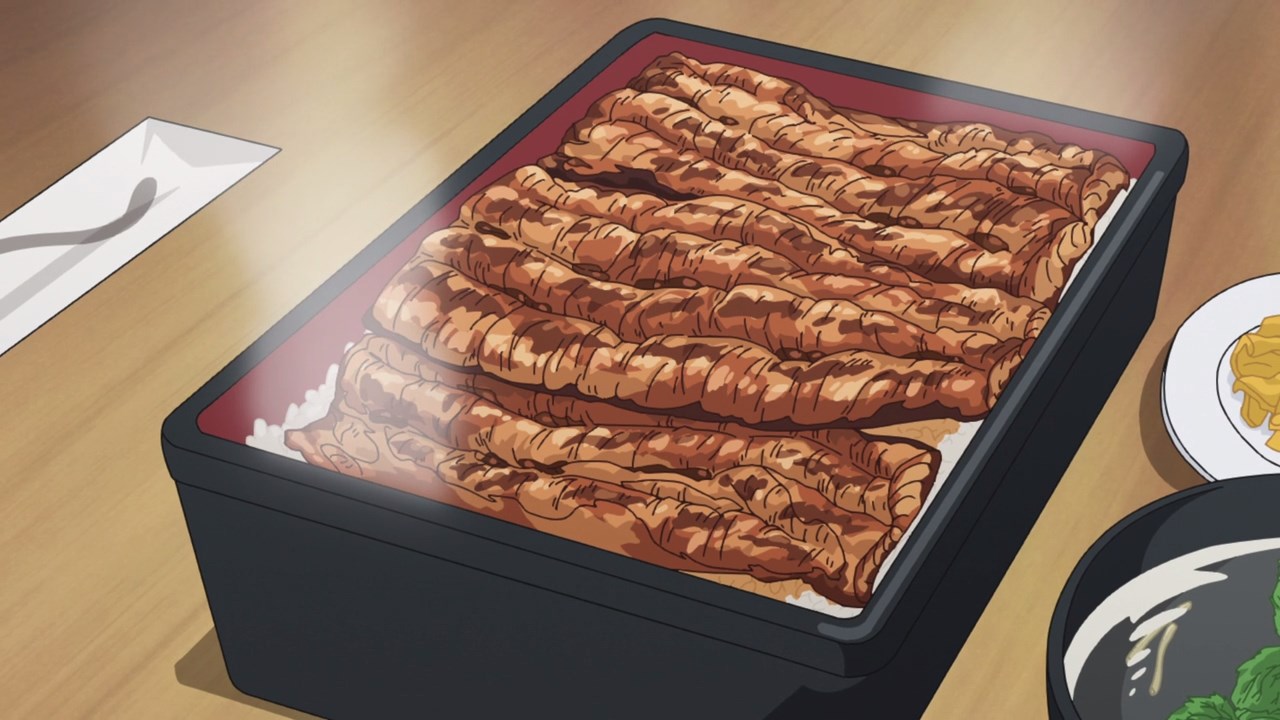 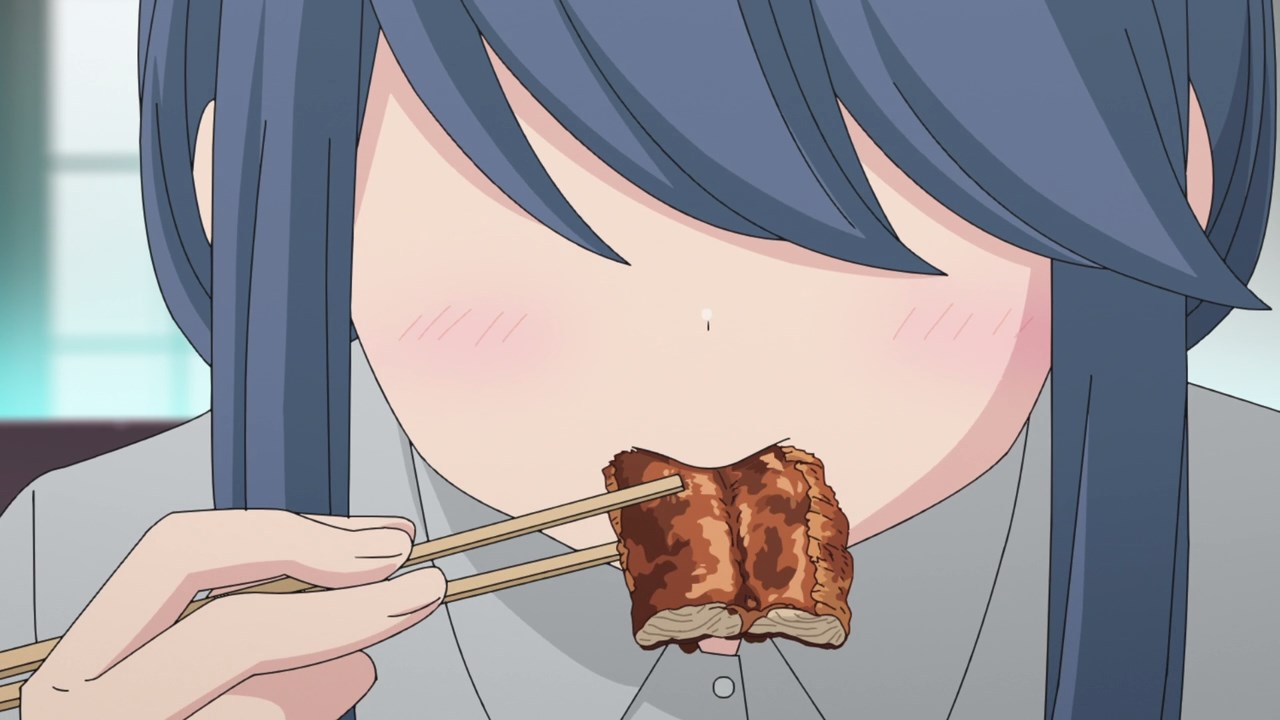 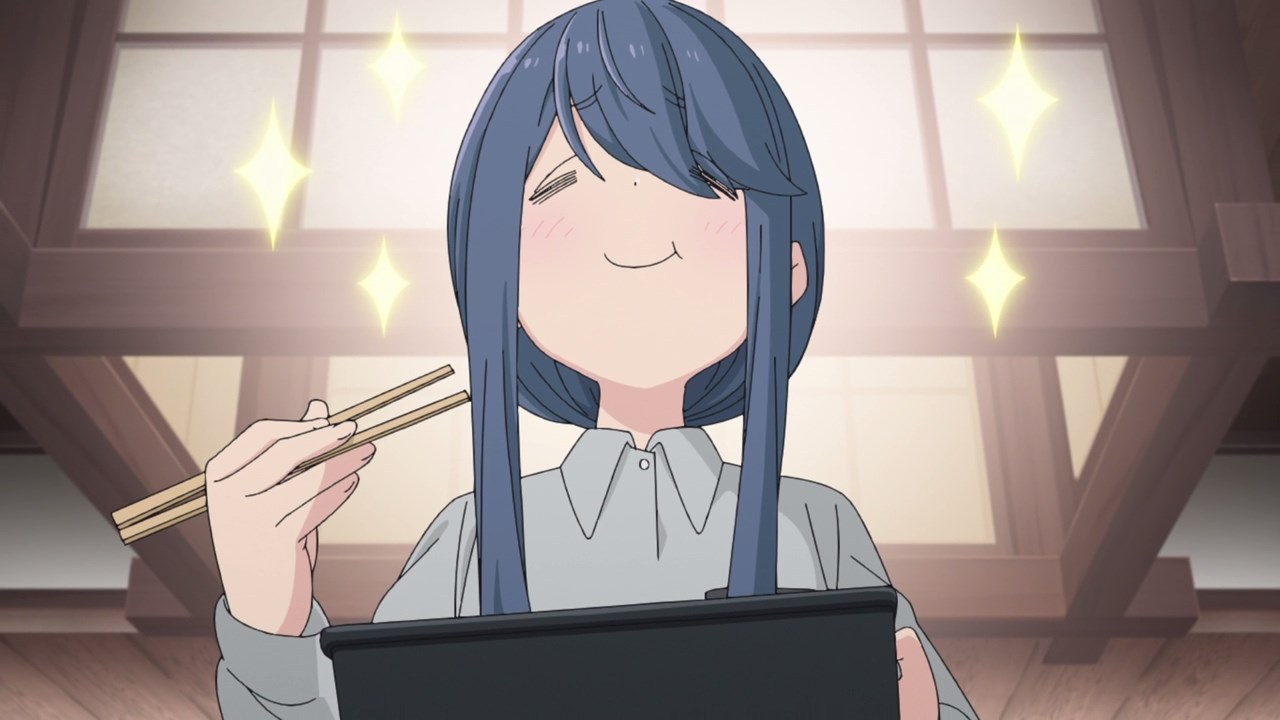 Well, it appears that Shimarin loves it. Glad that Nadeshiko treat her with an unagi rice meal as it’s very delicious! 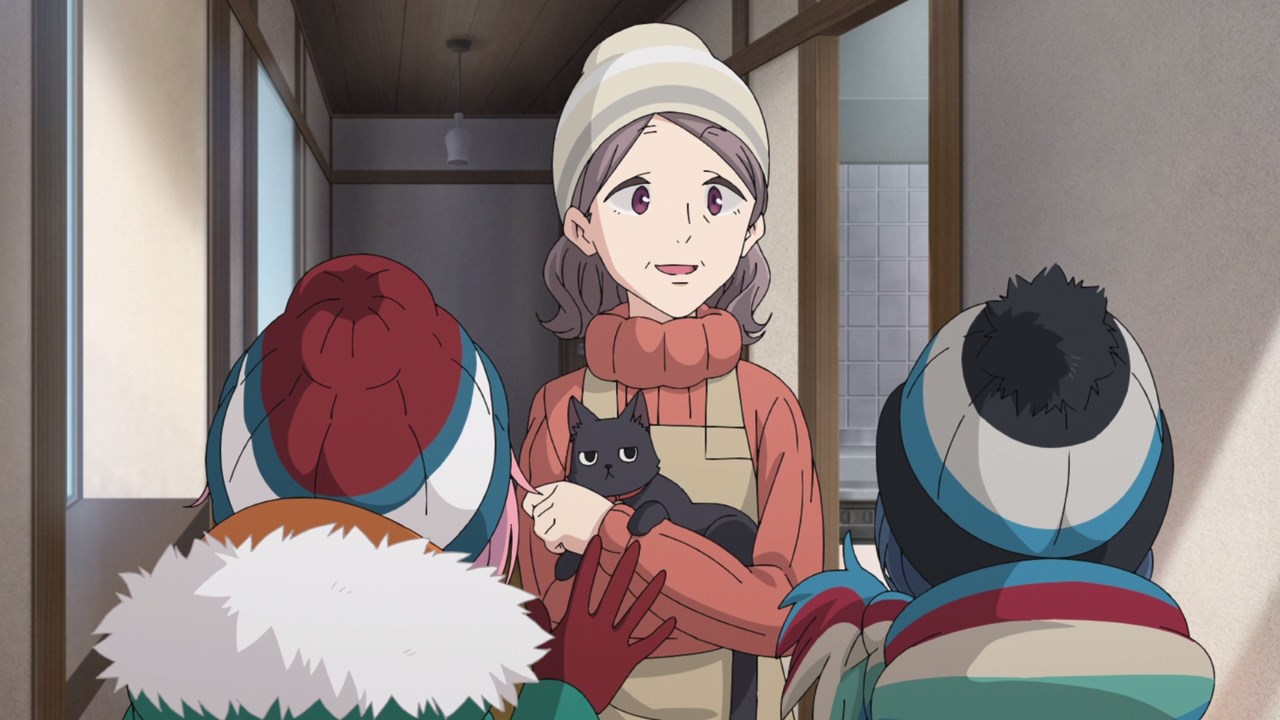 Afterwards, Nadeshiko too Rin-chan to her grandma’s house where she’ll spend the night there.

And speaking of Nadeshiko’s grandmother, she’s happy to see her granddaughter bringing a friend to her home. 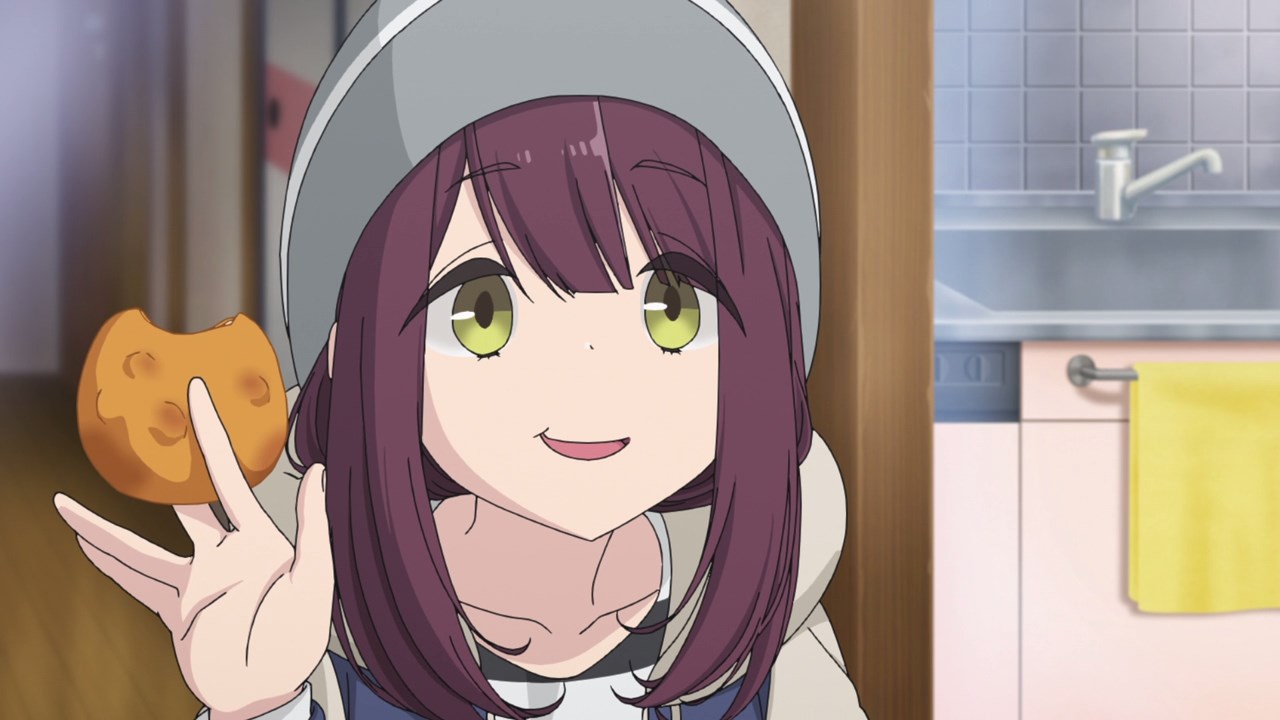 Meanwhile, looks like a new character appeared on this episode as I introduce you to Ayano Toki, Nadeshiko’s friend from middle school.

Speaking of middle school, Aya-chan has something to share towards Rin-chan as she had a fun time with Nadeshiko back then. 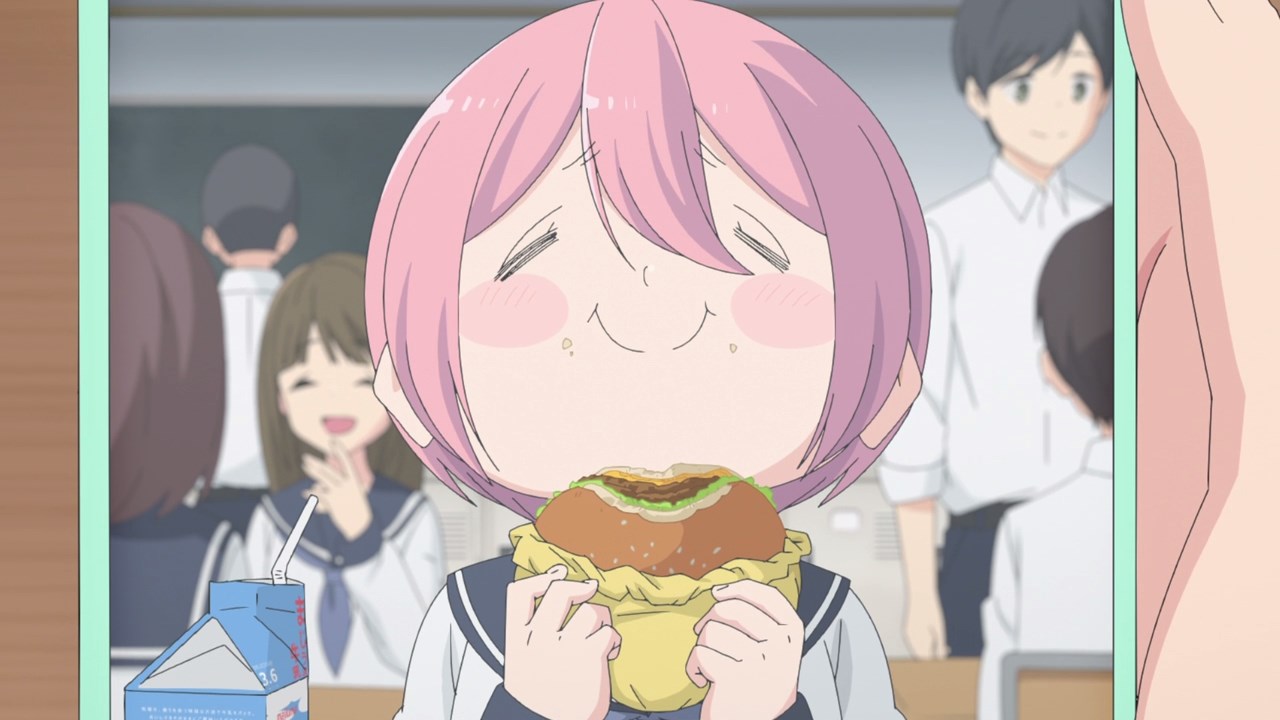 Oh yeah, and it appears that Ayano shared a picture of Nadeshiko where she looked a bit chubby during her middle school days. But hey, at least she still has her smile. 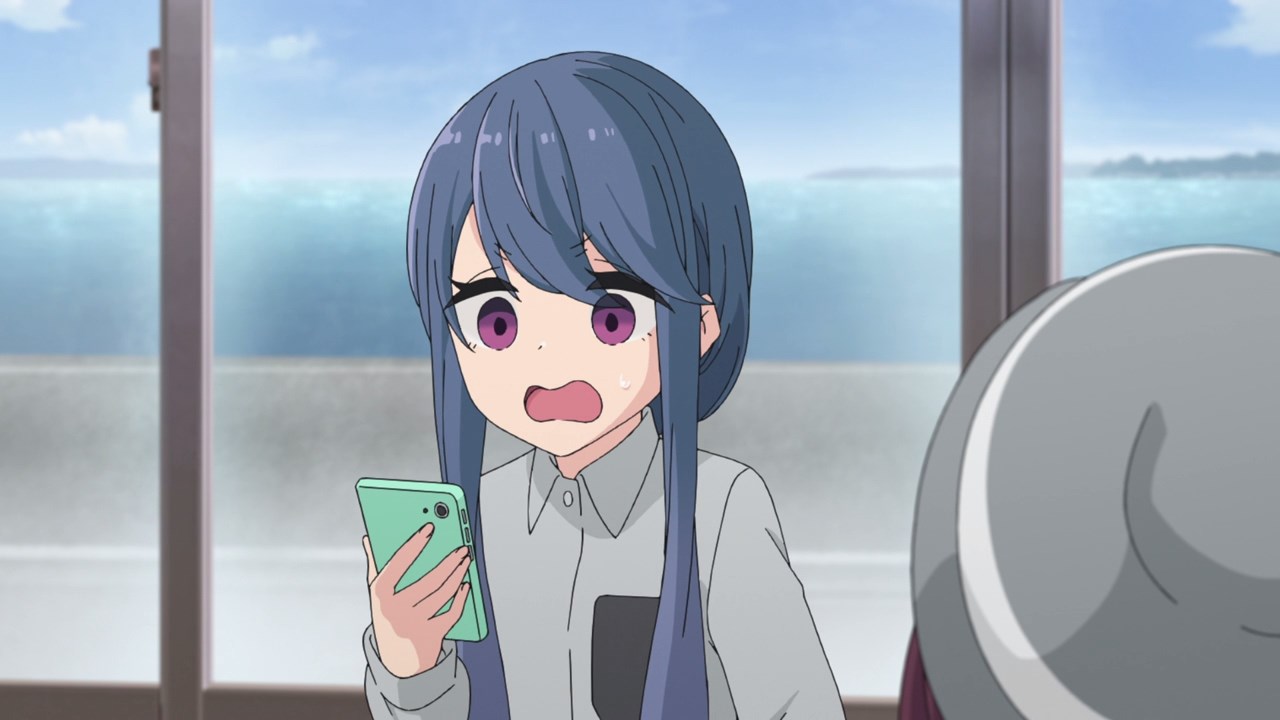 For Shimarin, it’s a shocker that Nadeshiko was once a fat girl who loves to eat food. Well, good thing Nadeshiko got slimmer by the time she graduated middle school. 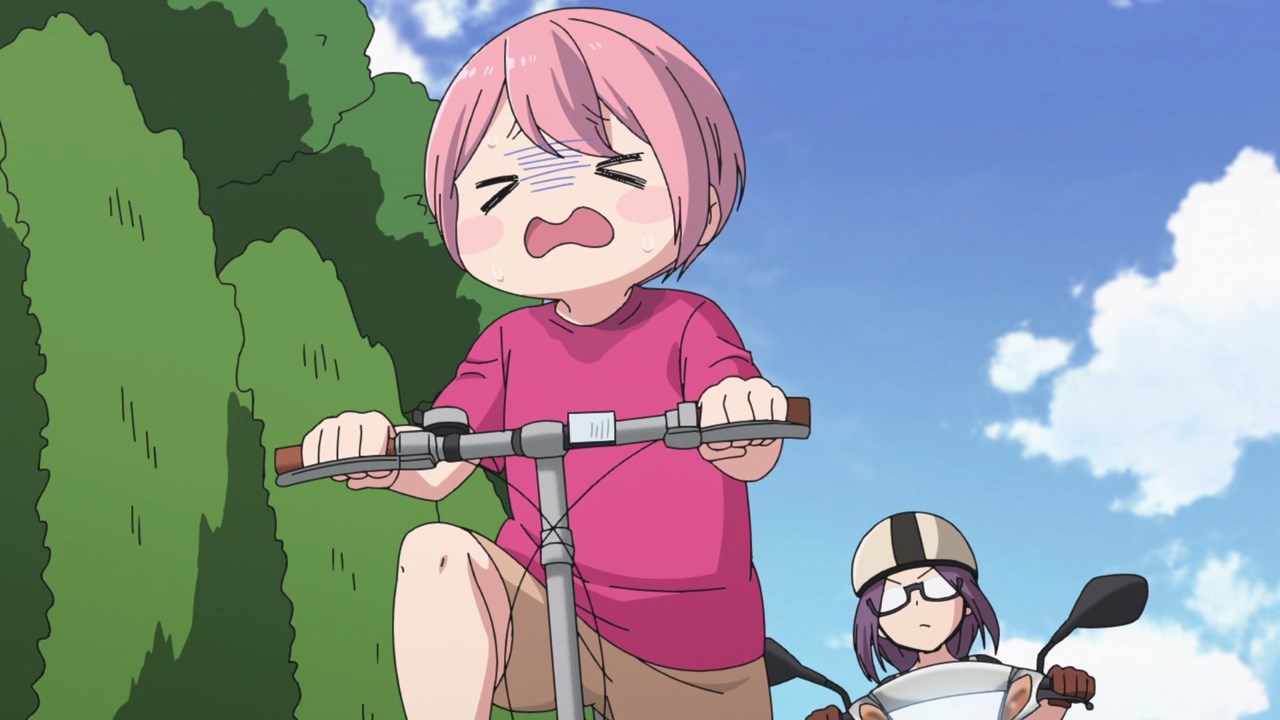 And it’s all thanks to her big sister Sakura for pushing her to ride a bike around Lake Hamana.

Not only she cut the fat after pedaling for hours, but Nadeshiko build muscles in her legs which she can ride her bike for long distances without breaking a sweat. 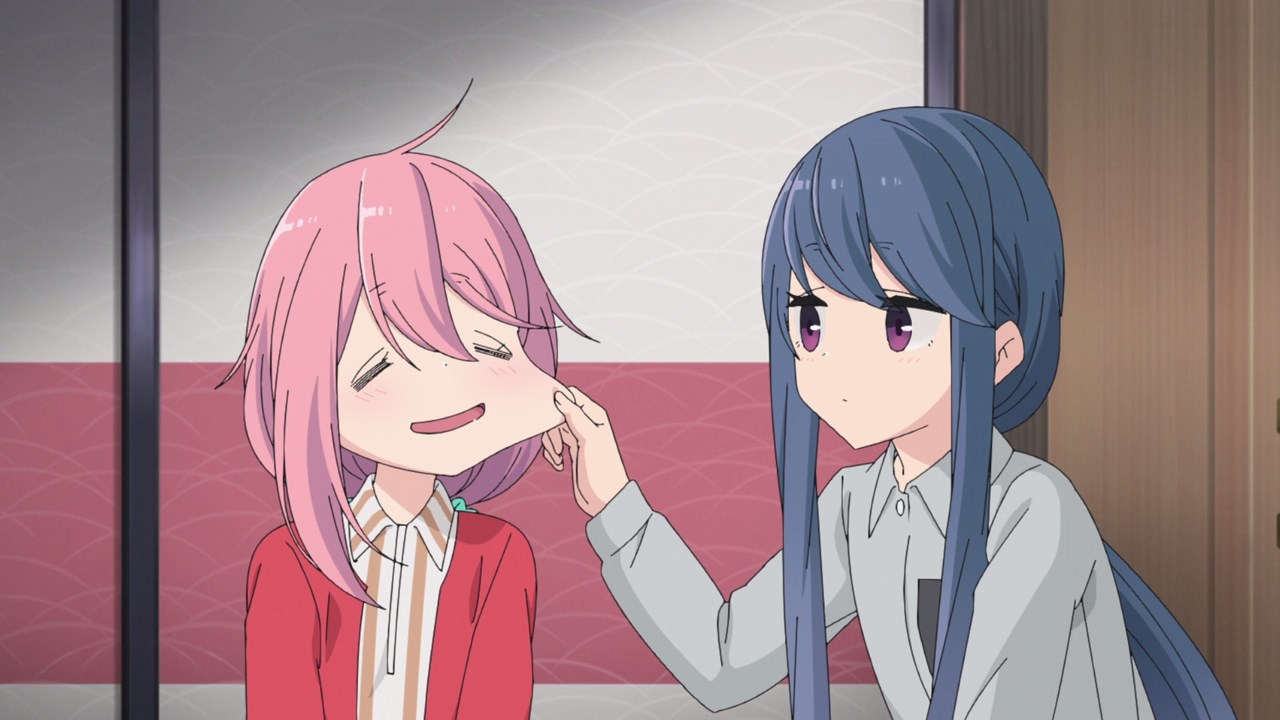 But despite losing a lot of fat, Nadeshiko still retains her doughy cheeks as Rin-chan stretches it. Man, it’s amazing on how Nadeshiko got what she is today thanks to Sakura-san’s training. 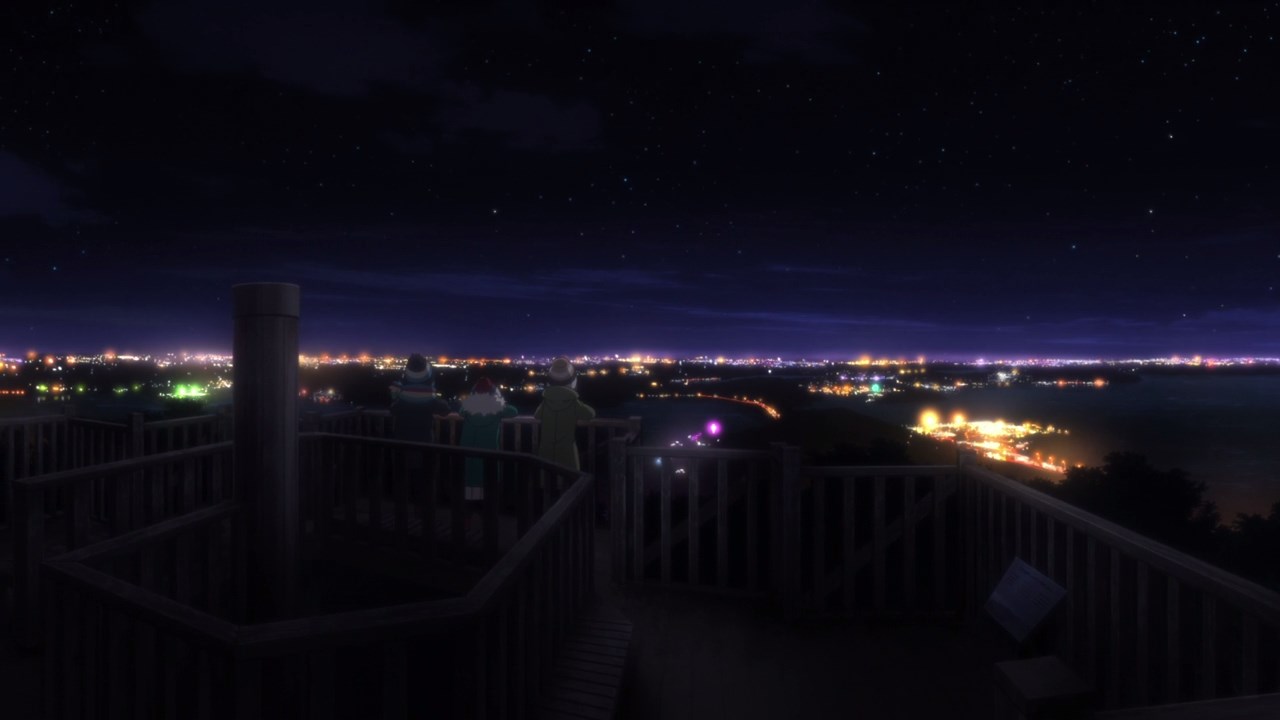 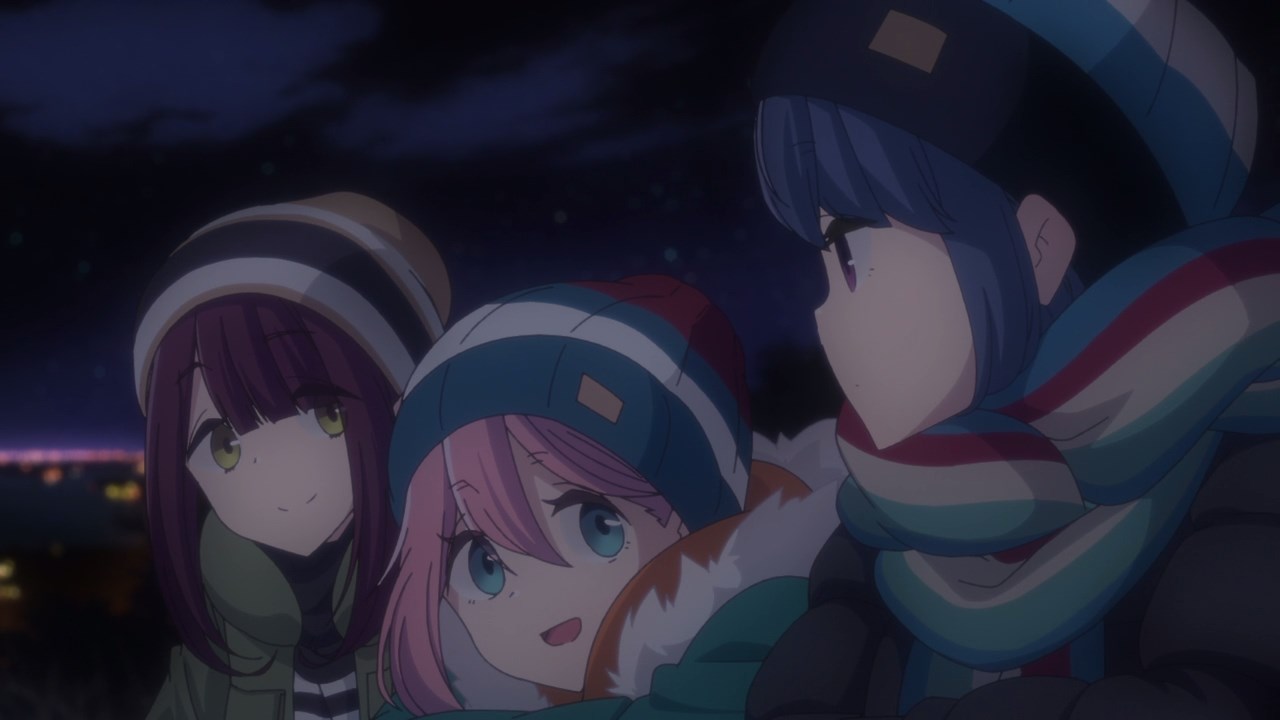 With that said, looks like it’s time to end Shimarin’s trip as she went to the observatory together with Nadeshiko and Ayano. I hope she doesn’t forget to take a picture of the city before heading home. 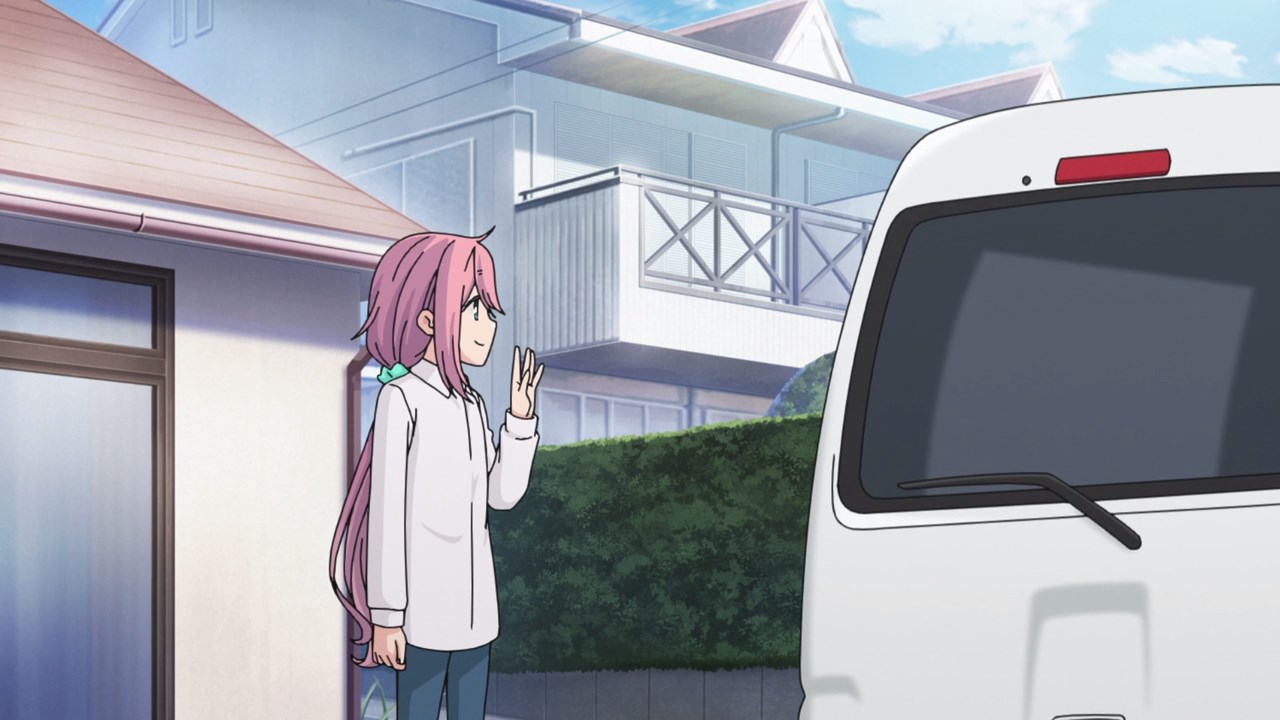 Now then, it’s time for Rin Shima to return home as Nadeshiko Kagamihara waves good-bye to her friend. Well, they’ll see each other again once school has returned. 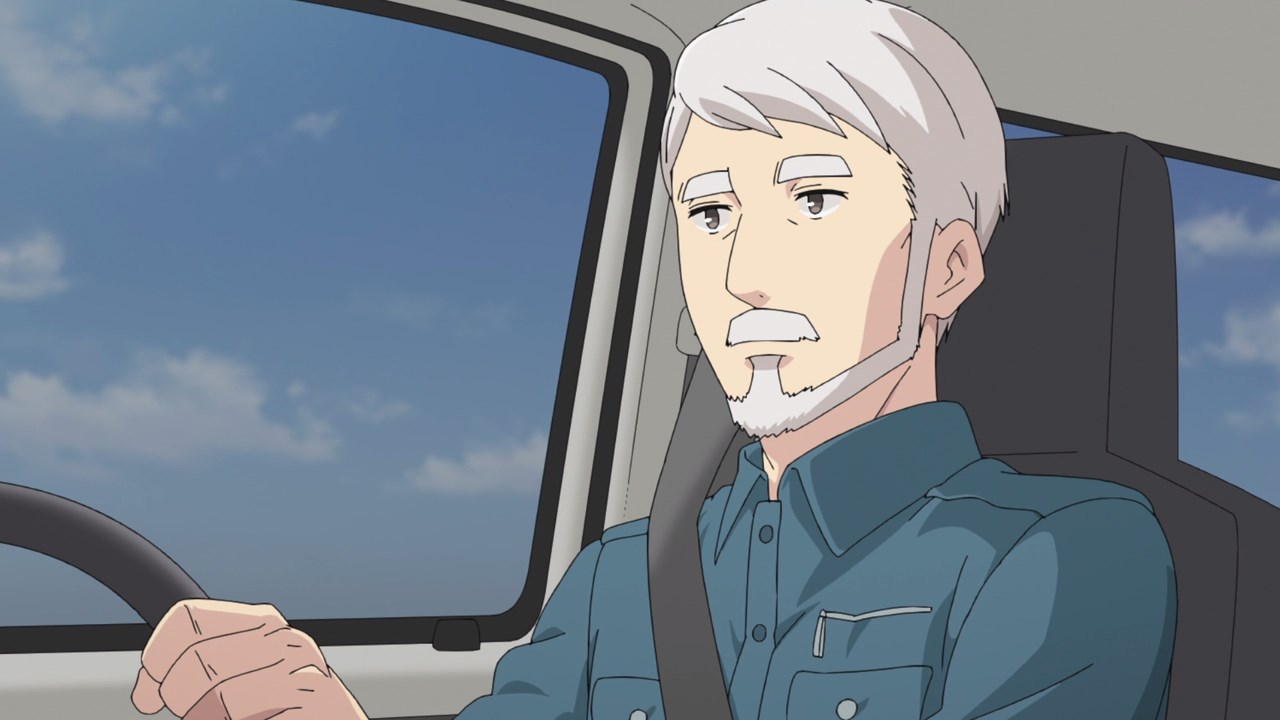 Oh yeah, and here’s Rin’s grandfather where he takes his granddaughter home along with her scooter. Hmm, I wonder if he still has his cruiser bike? 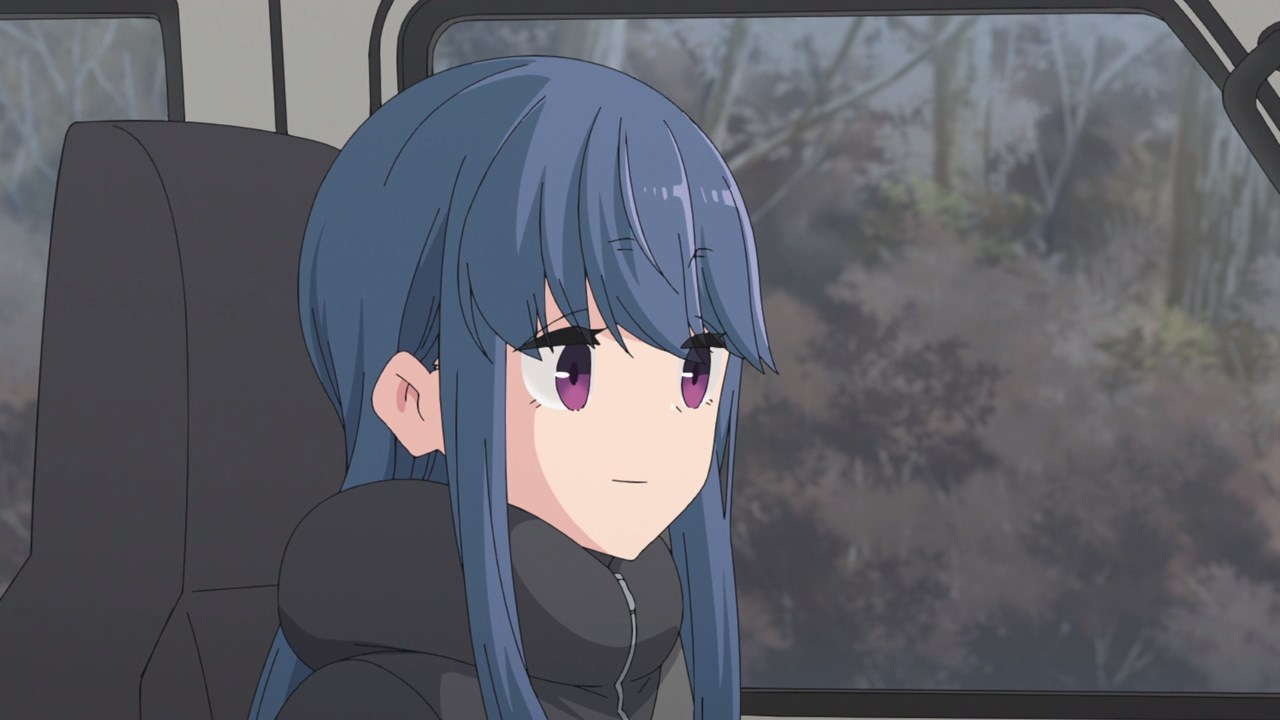 With that said, looks like Rin-chan is happy that she not only see the first sunrise of the new year, but she got to spend some time with Nadeshiko at her grandma’s house. Anyways, that’s about it for this episode as I’ll see you next time!