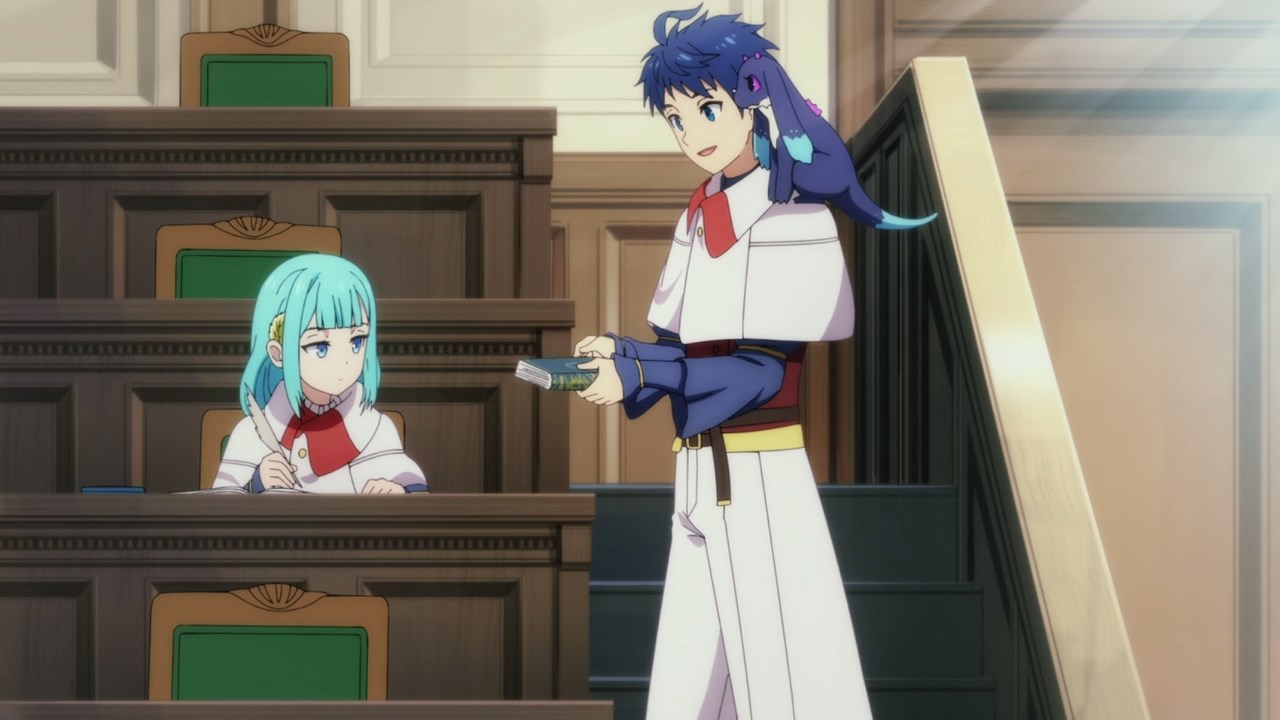 Let’s start this episode with Schlain Zagan Analeit where he’s joined by his half-sister Suelecia and his pet dragon Feirune.

Previously known as Shunsuke Yamada, Schlain aims to be the strongest hero much like his brother Julius. Of course, he’s not the main character of this story. 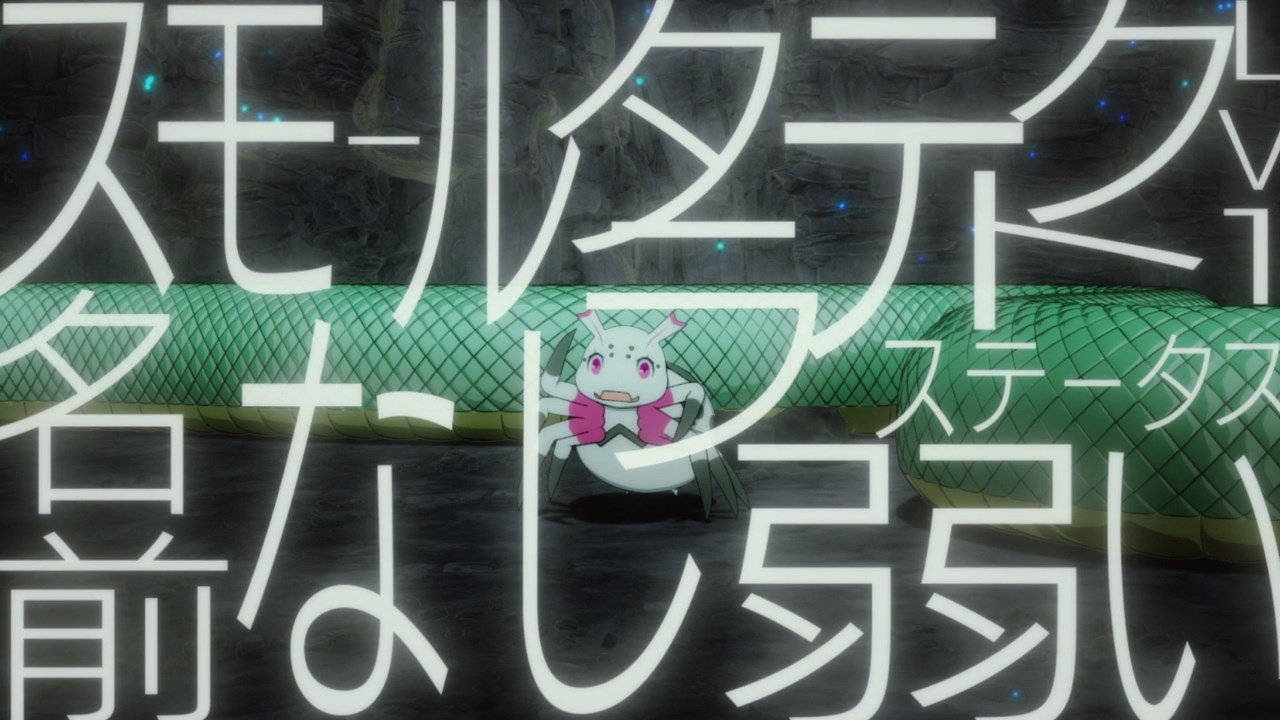 But let’s go back to Ms. Spider where she finally evolved into a Small Taratect, although her level went back to one.

I guess she wants to maintain her small size and speed advantage, rather than having a radical transformation in which her stats might alter drastically. 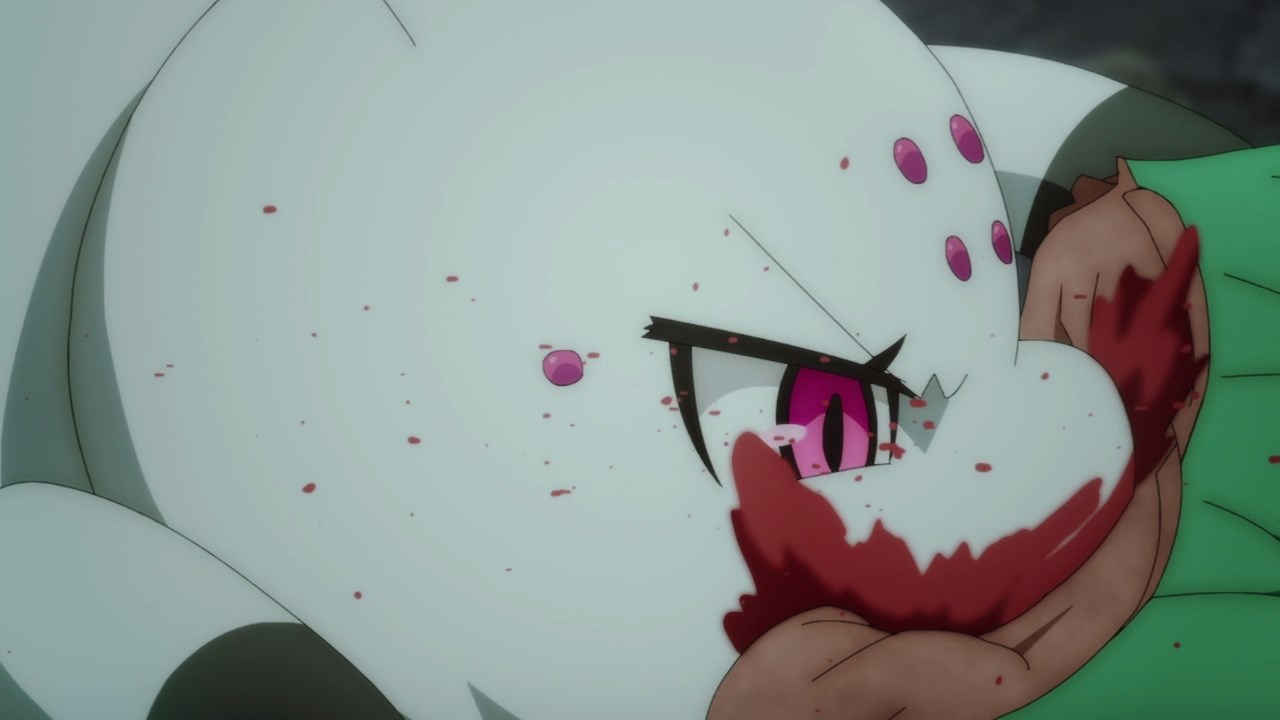 On the other hand, her evolution has made her very hungry as she eats the Elroe Baladorado until it’s reduced to bones. 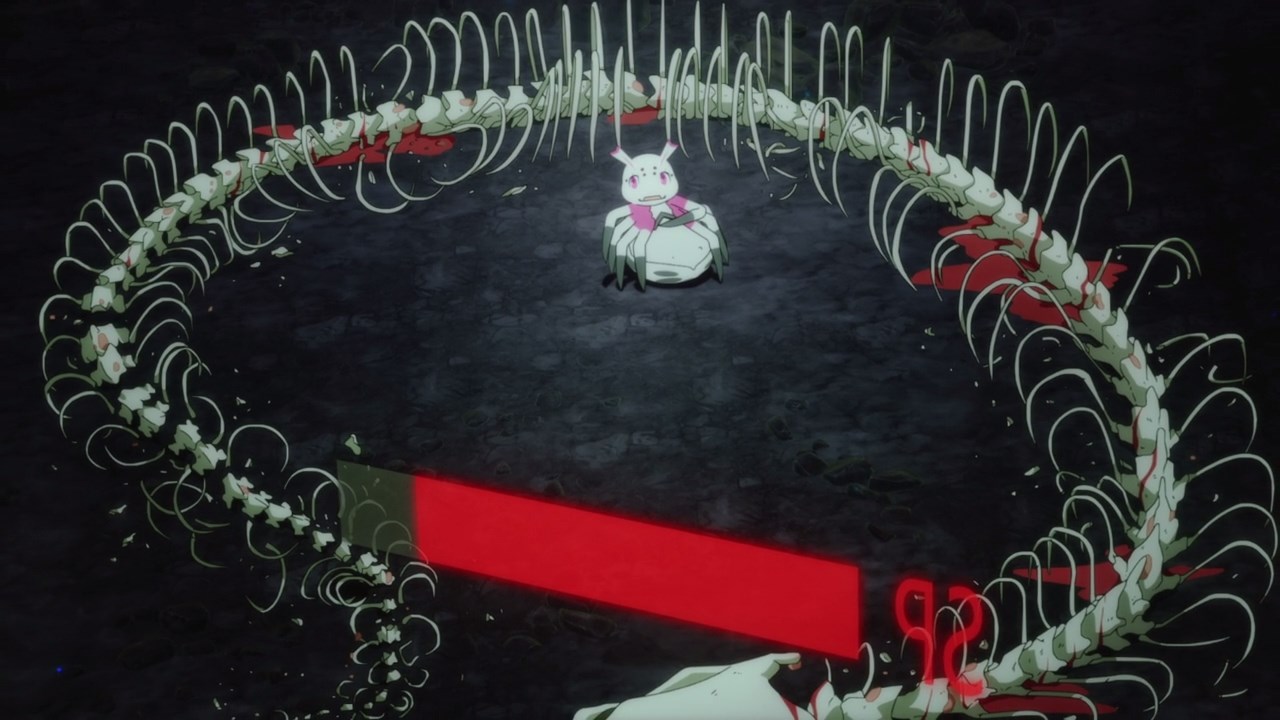 And really, I have to say that Ms. Spider has become a big eater ever since she’s reincarnated in this fantasy world. Still, Ms. Spider can’t beat stronger monsters on her own. 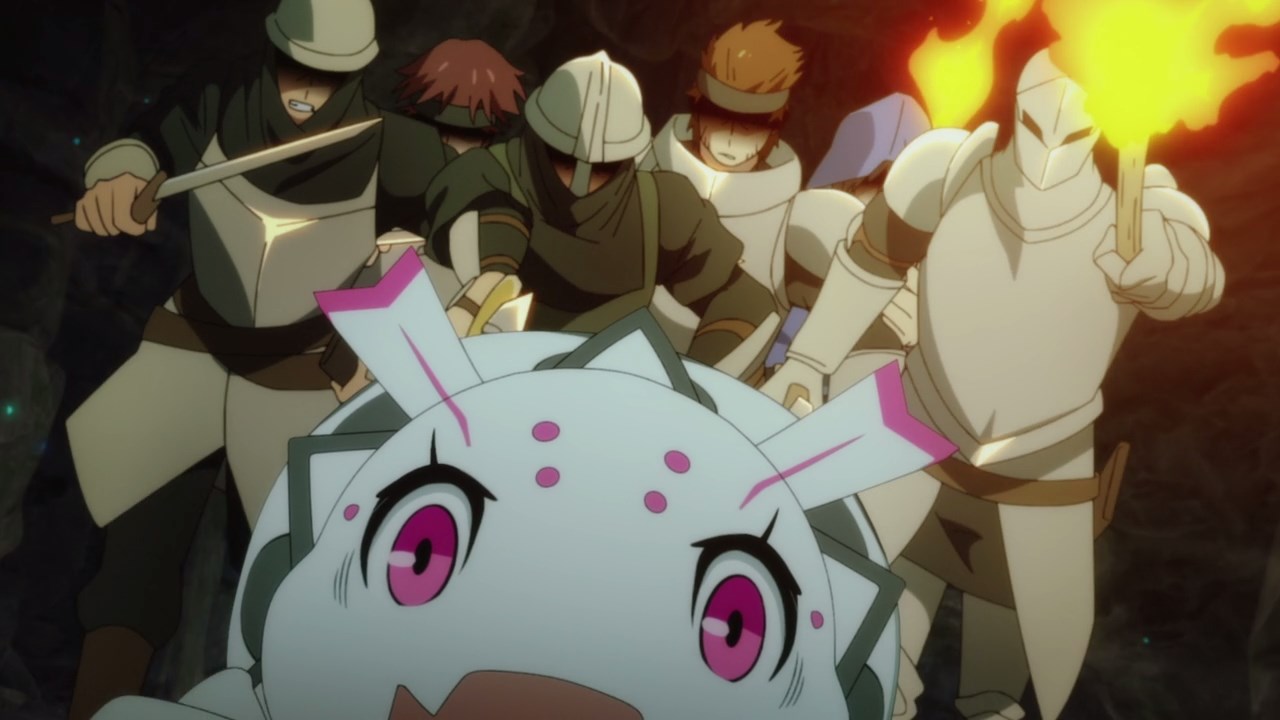 Oh and let’s not forget about the adventurers as they’re heads and shoulders above the rest of the food chain. Well, except for powerful monsters of course.

Anyways, looks like Ms. Spider will have to run away from these pesky adventurers… 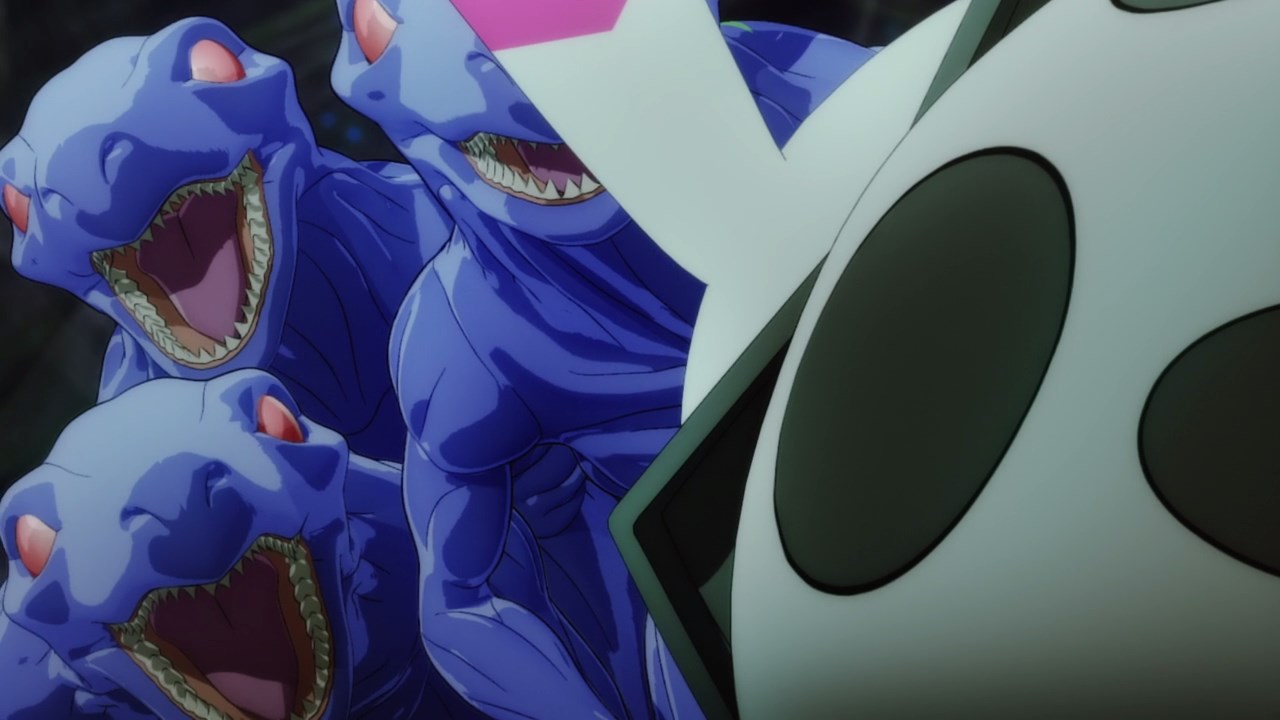 …while also dodging these dinosaurs as they have their sights on her. Ugh, I hope she can outrun them. 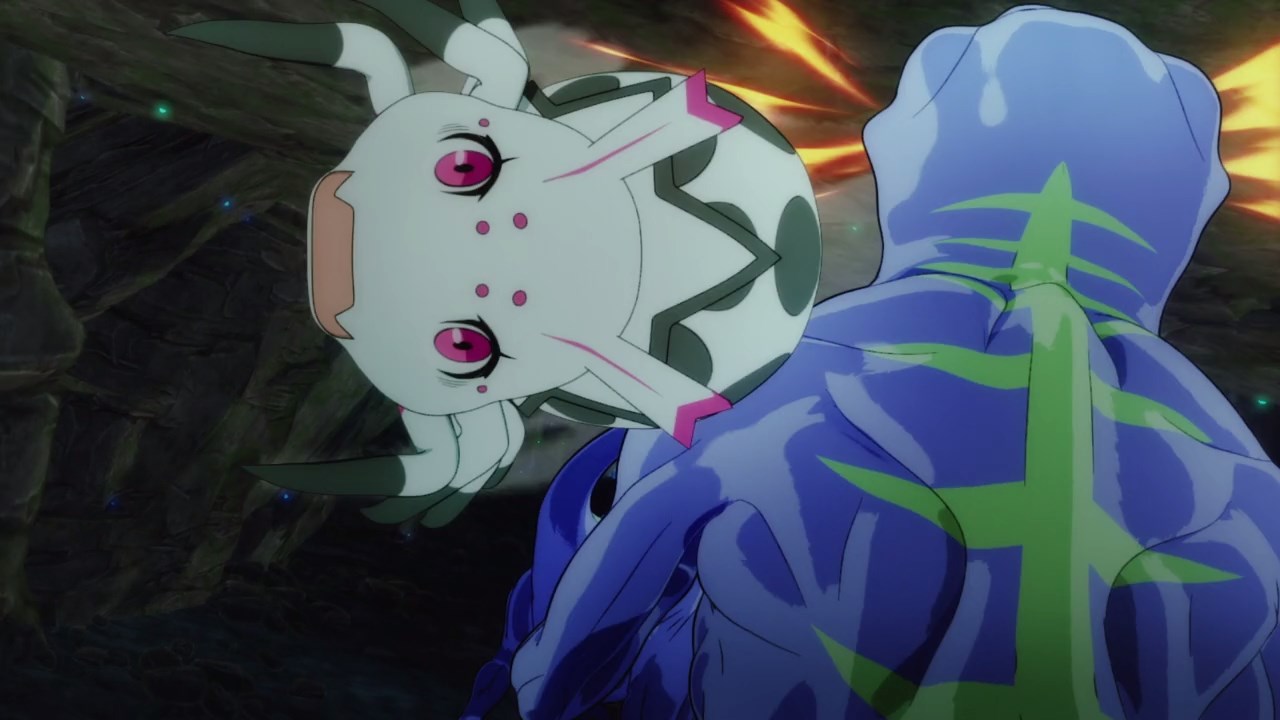 Fortunately, Ms. Spider managed to get away from both the adventurers and the dinosaurs with her amazing agility. Way to go! 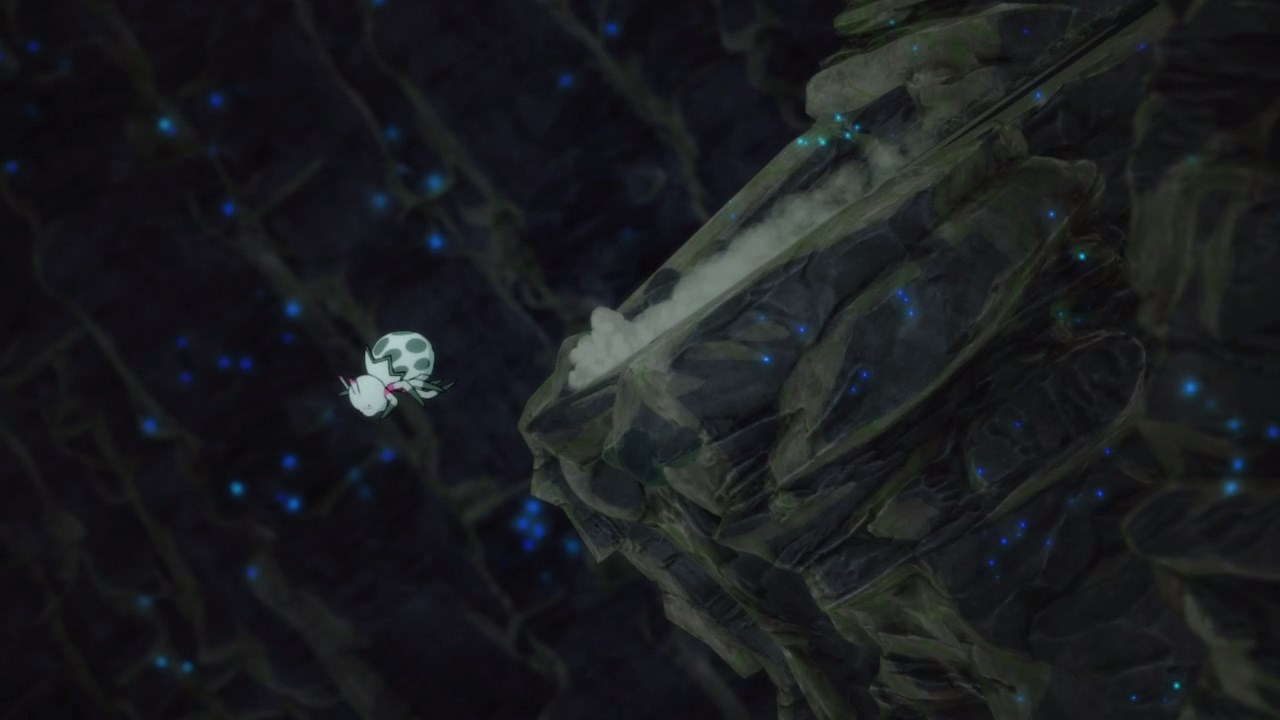 However, it appears that she has a hard time hitting the brakes as Ms. Spider falls off the cliff. I hope that she’ll survive the fall ’cause it would suck if Ms. Spider dies. 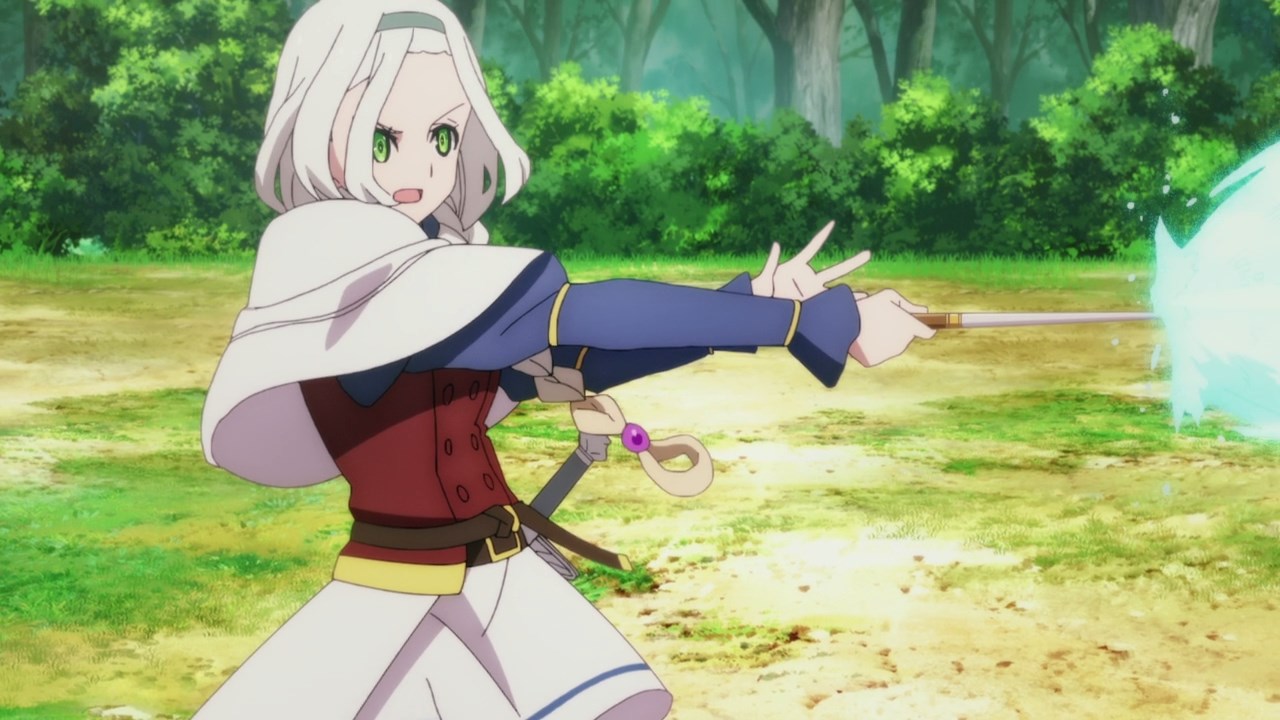 While Ms. Spider is trying to save herself, it’s time to return to Schlain Zagan Analeit and his classmates as they’re having magic lessons at the moment.

Of course, most of the students are struggling to cast water magic and shoot it at the target, including Yurin Ullen where she tries to hit the target to no avail. 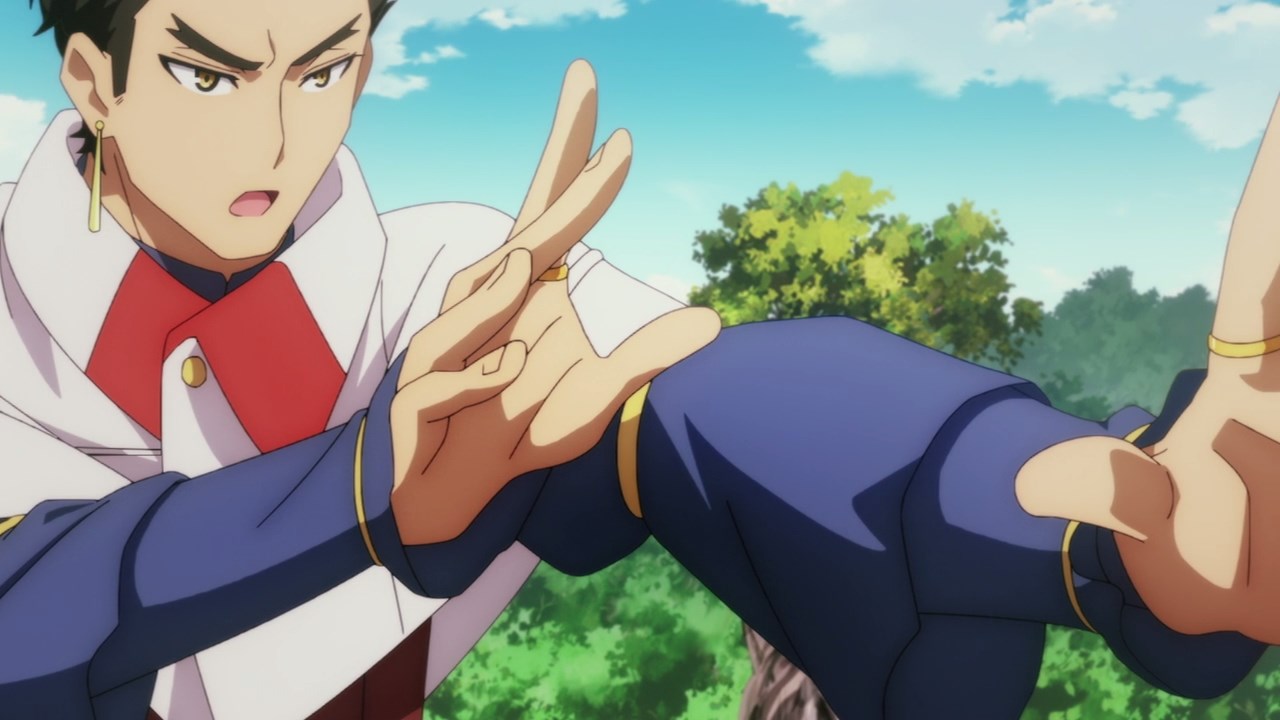 Meanwhile, here’s Hugo Baint Renxandt where he tries to cast fire instead of water. Okay, are you trying to show off your amazing magic skills, Prince Hugo? 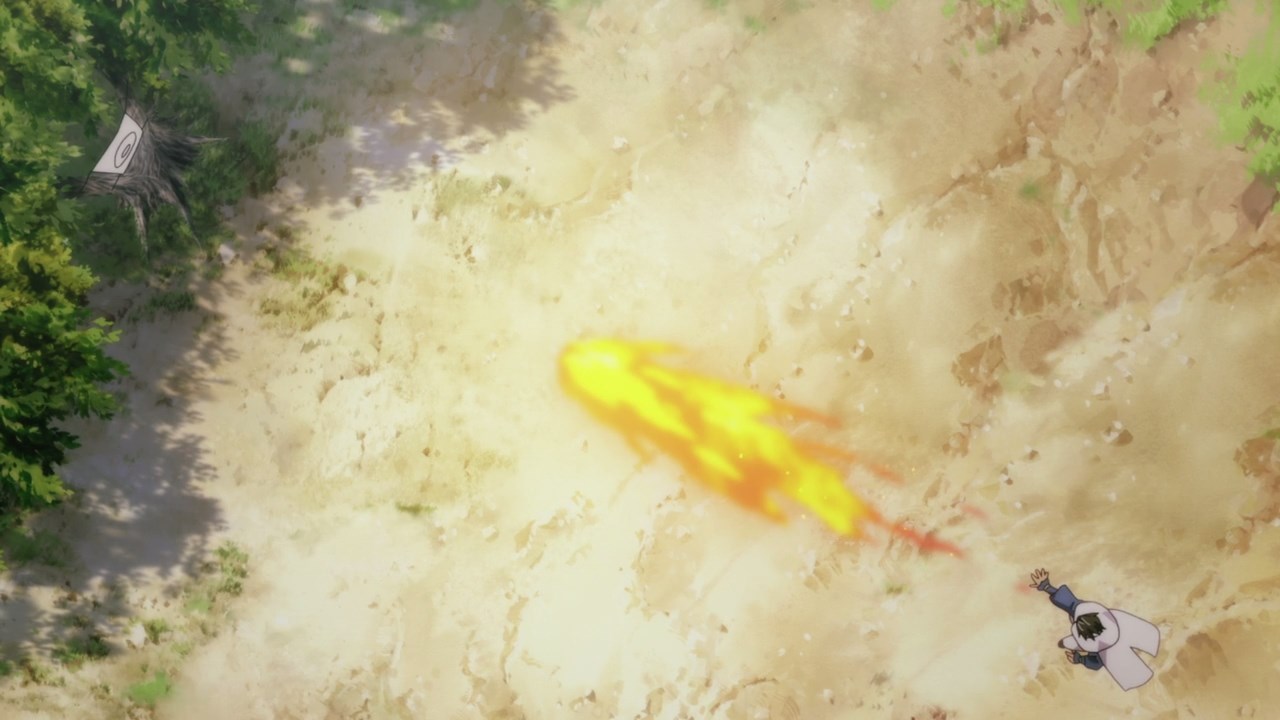 Regardless, Hugo Baint Renxandt proves that he’s better than everyone else as he’s a master of fire magic. But still, showboating is bad as Hugo might get himself in trouble. 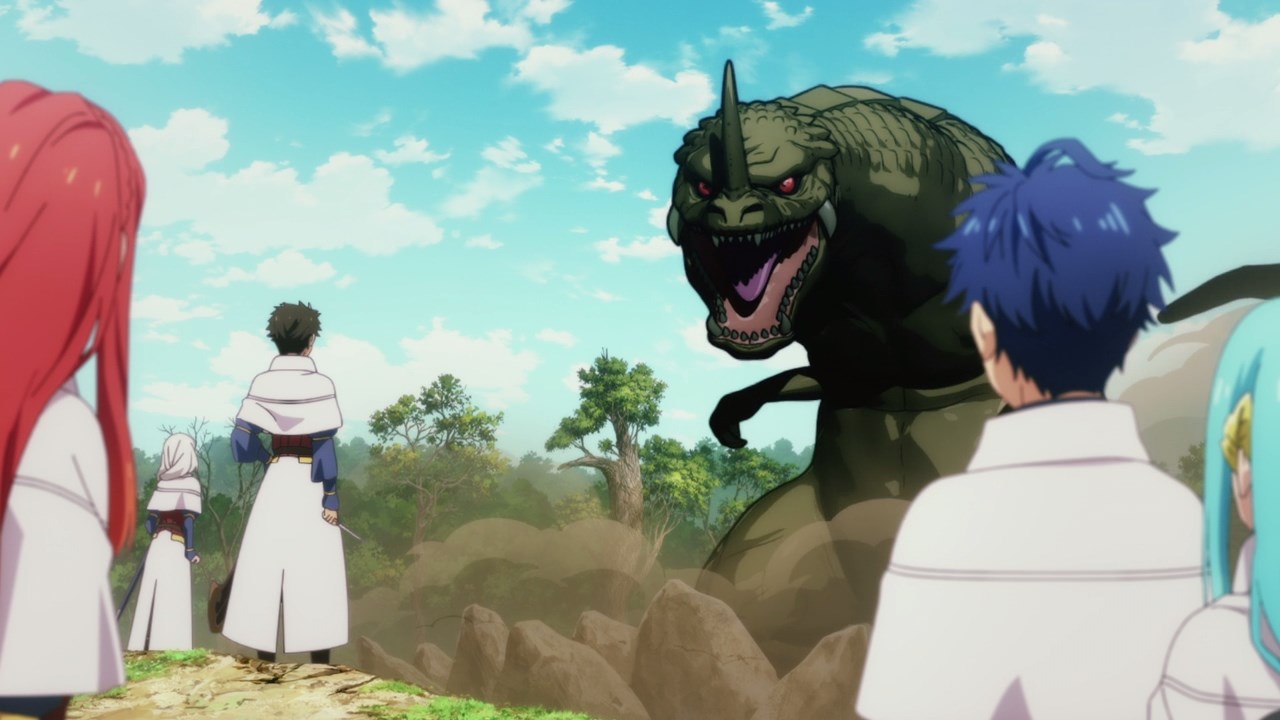 Unfortunately, their magic lesson is interrupted when an earth dragon appeared. While the best option is to run away, some have decided to stay as they’re gonna kill the dragon. 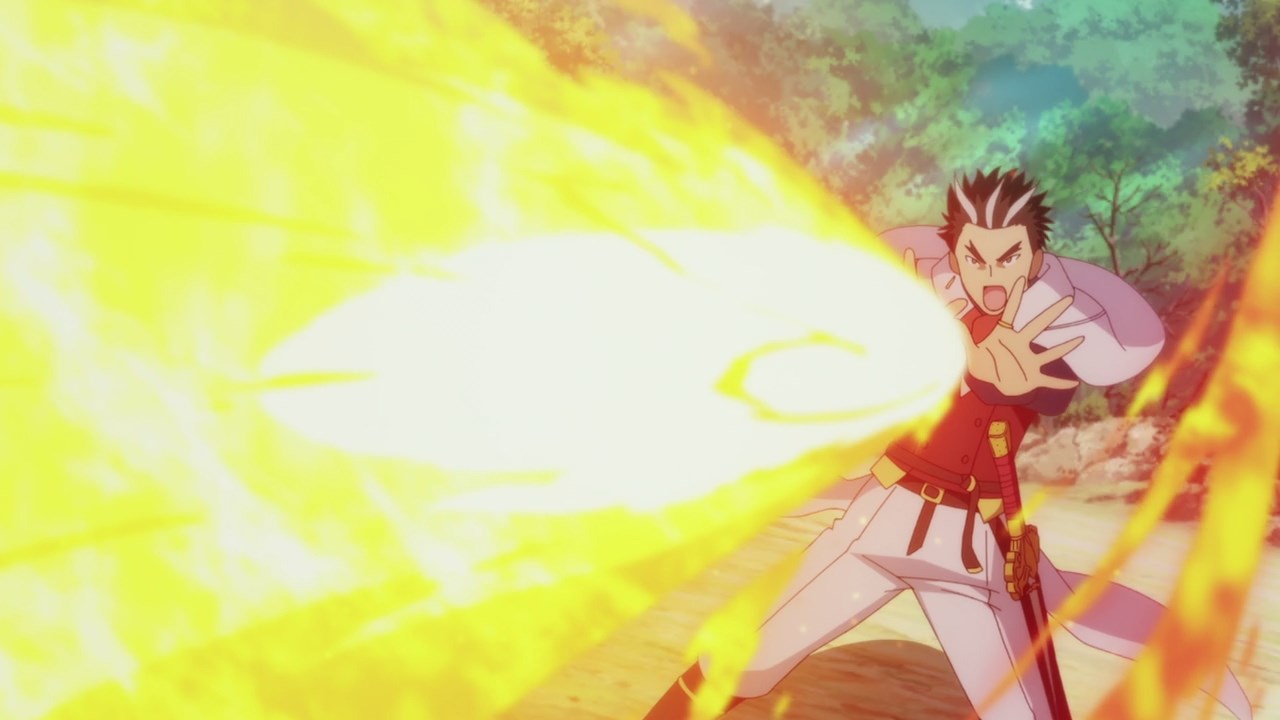 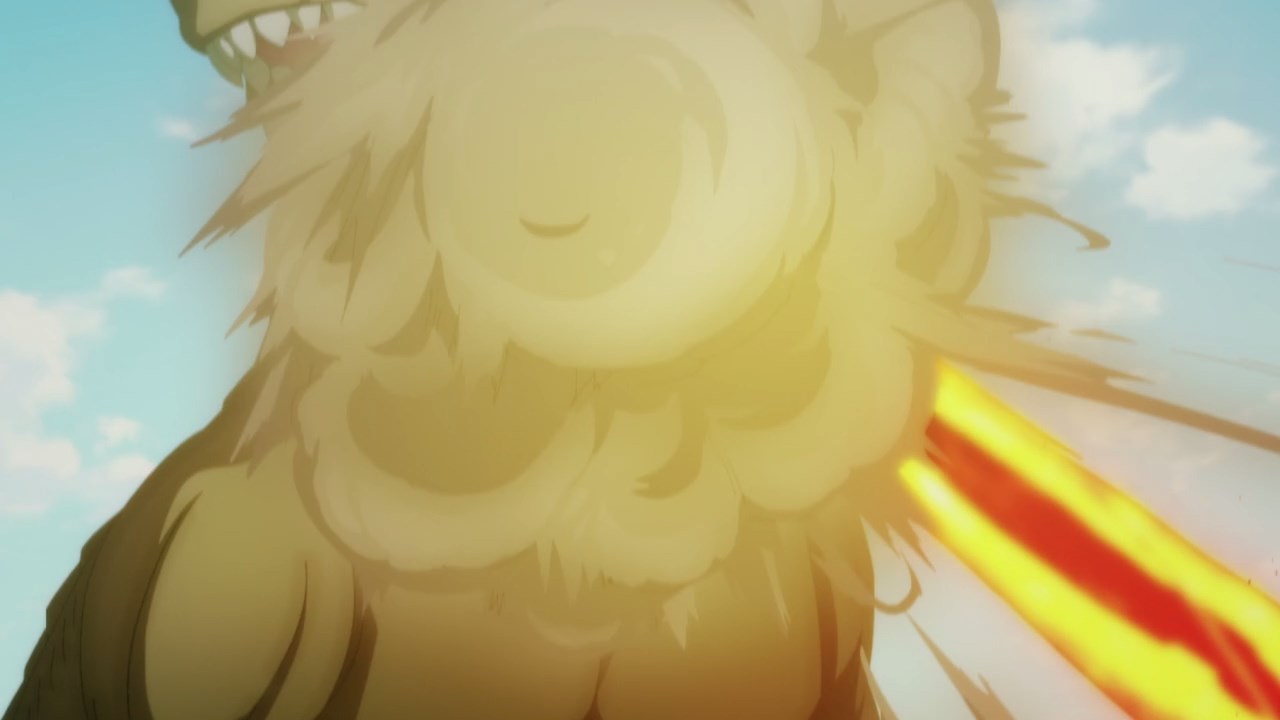 Anyways, here’s Hugo Baint Renxandt where he tries to kill the earth dragon with fire magic, but it’s not effective as the dragon has imperial scales which makes his fire magic useless. 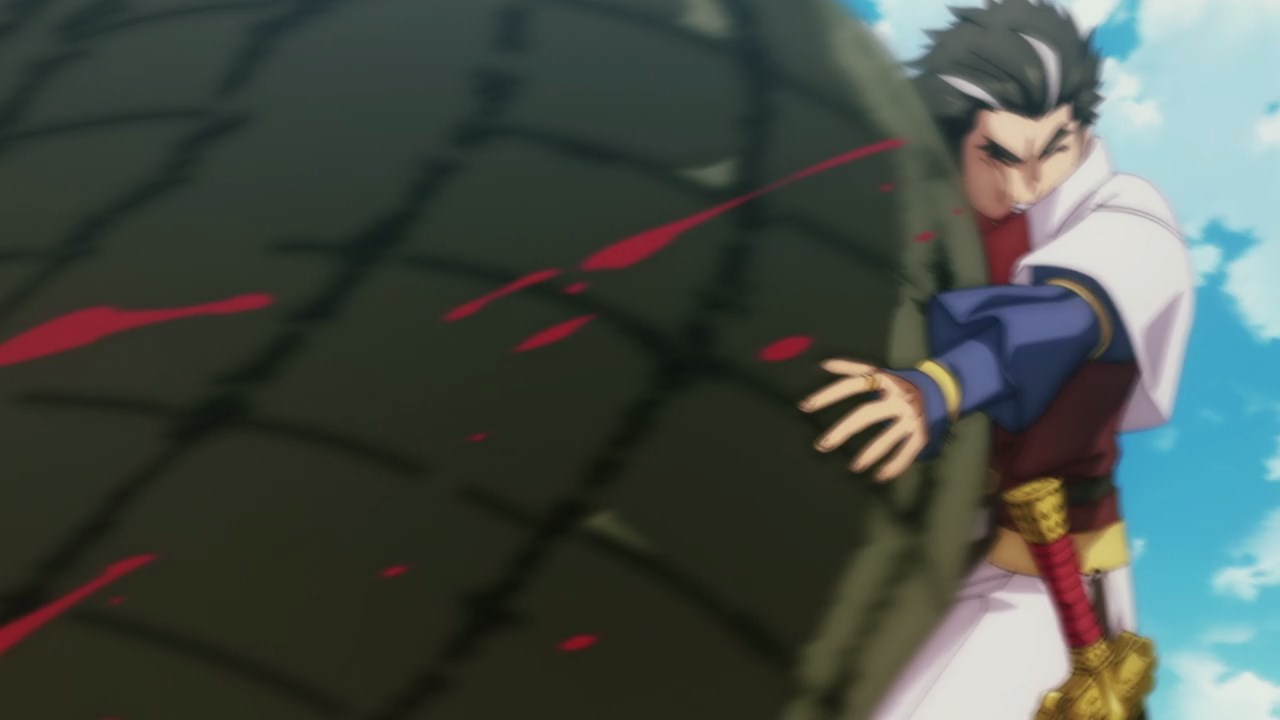 Oh, and it gets worse for Hugo as the prince got a nasty tail whip which knocks him out. Gotta say that he overestimated his abilities. 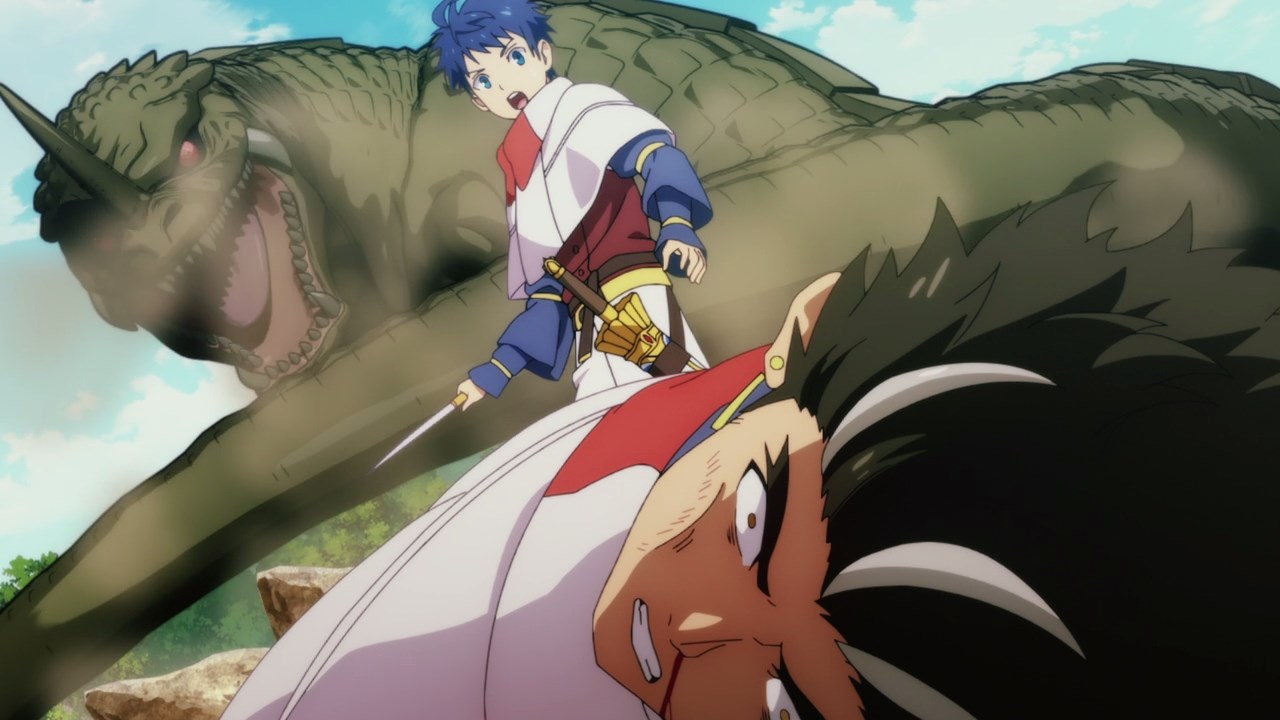 While I have a feeling that Hugo Baint Renxandt might die on this episode as he got rekt pretty badly, I think he’ll live to fight for another day. 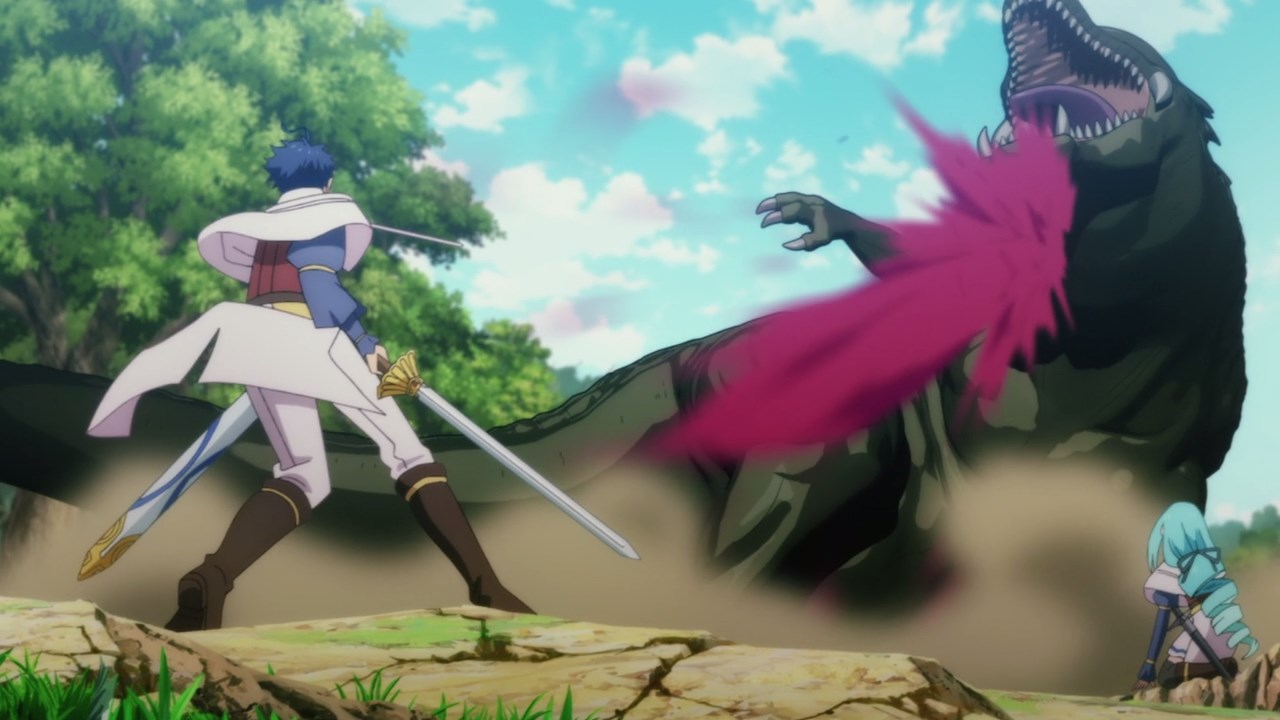 But let’s return to the earth dragon where this monster got a nasty bite from Feirune. And here’s the thing though as she has an ability called Kin-Eater where Fei can eat her own species quickly. 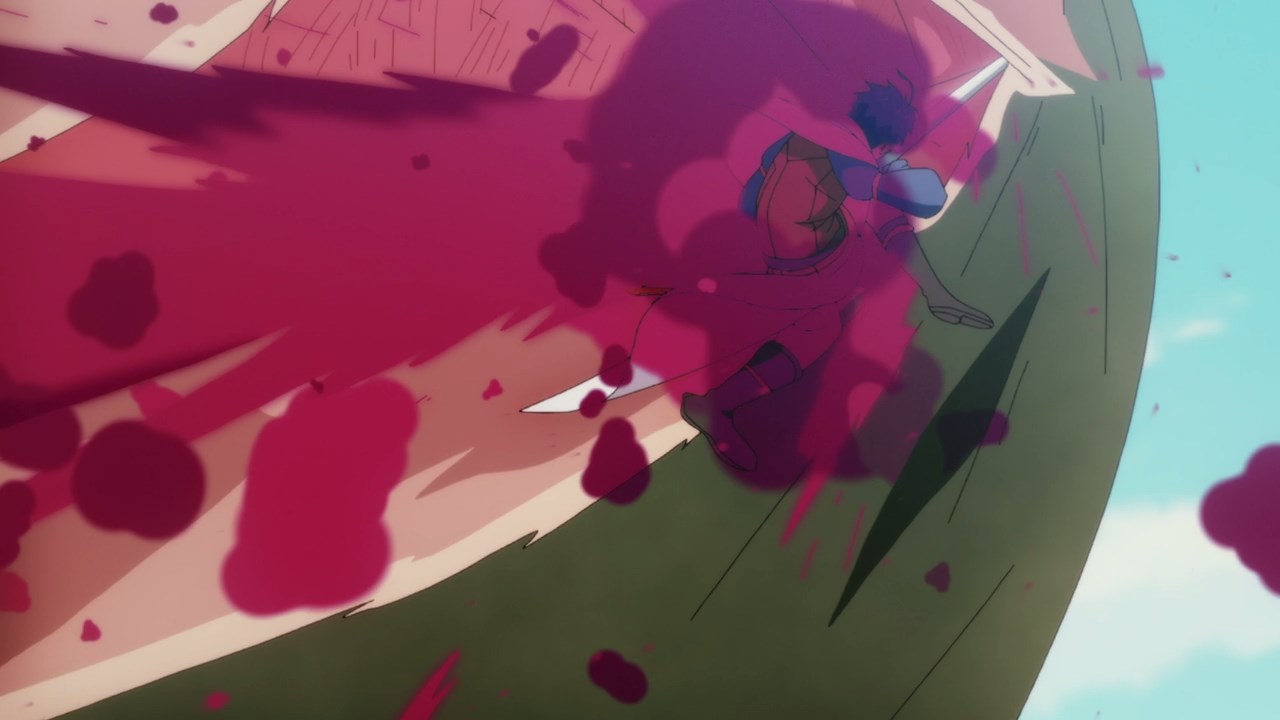 Thanks to Feirune, Schlain Zagan Analeit found an opening as he delivered a fatal blow against the earth dragon. 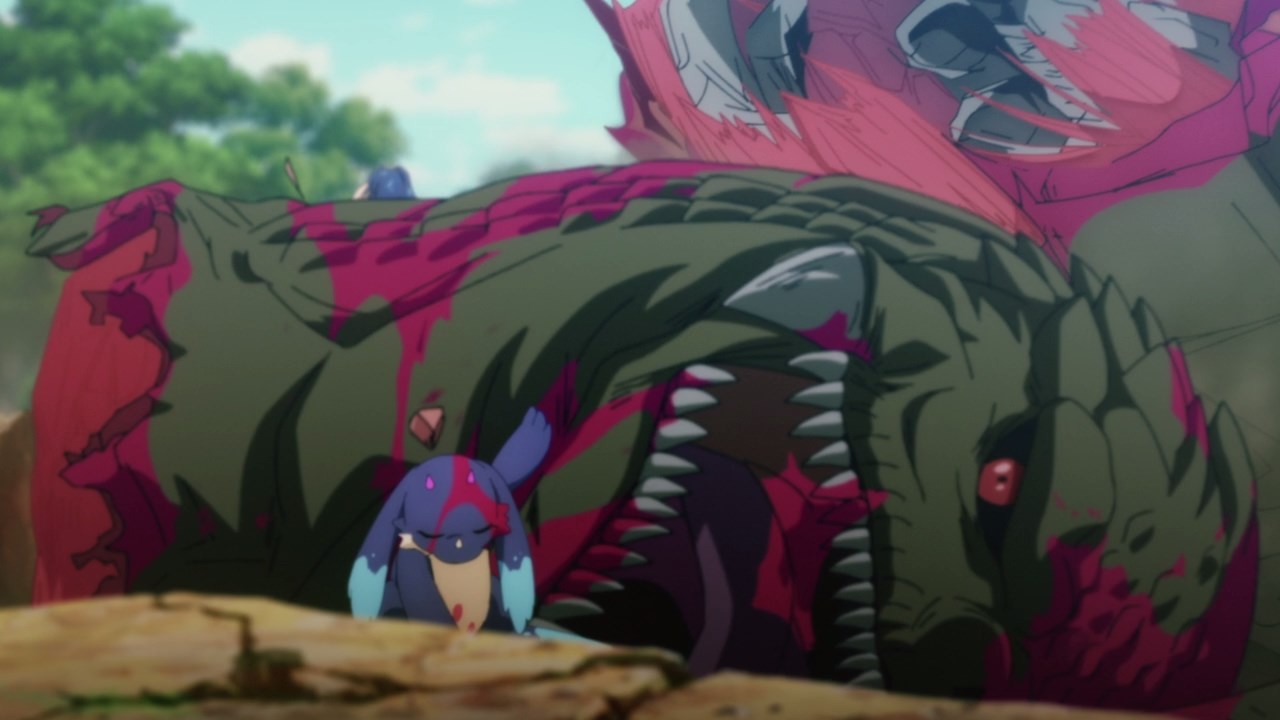 Anyways, looks like Fei and Schlain managed to save their classmates by defeating the earth dragon. Of course, Prince Hugo is really angry that he made a fool of himself.

You know something, I feel that Hugo Baint Renxandt is harboring jealousy towards Schlain Zagan Analeit where I bet that it’ll develop into a bitter rivalry between princes. 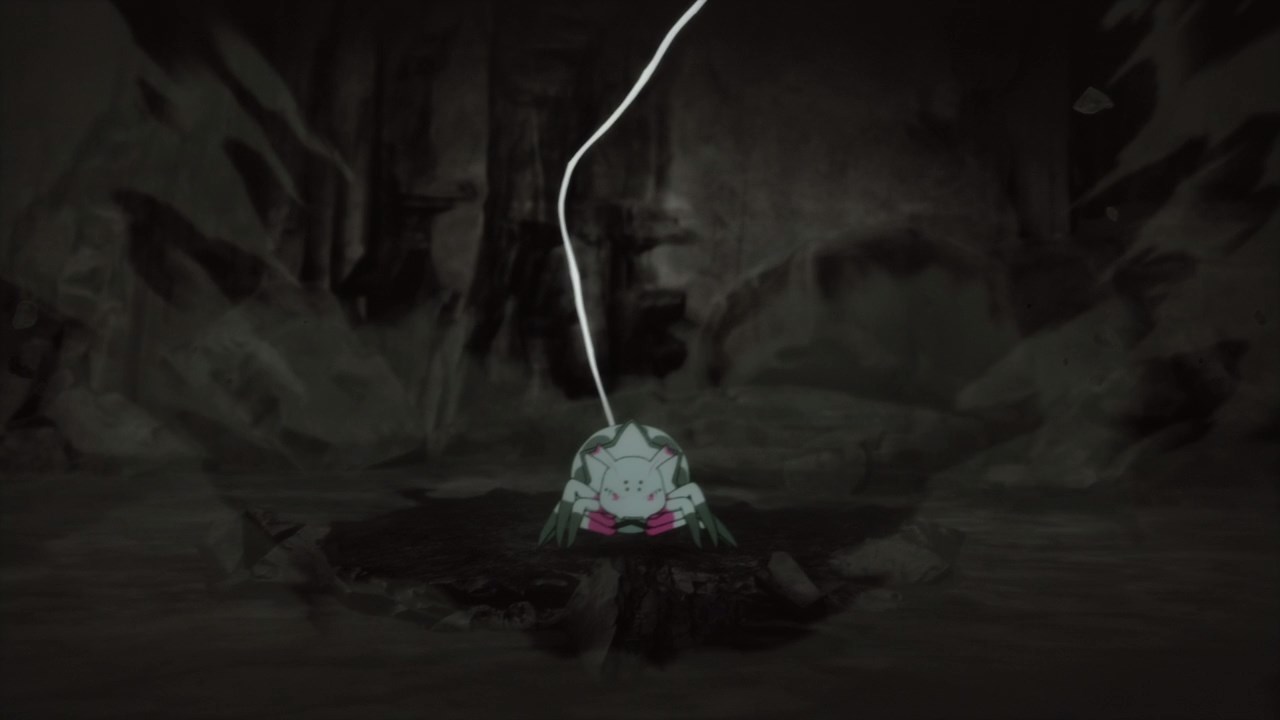 Now let’s return to Ms. Spider where she managed to save herself by shooting her web to soften the landing. However, she’s still not safe from danger yet. 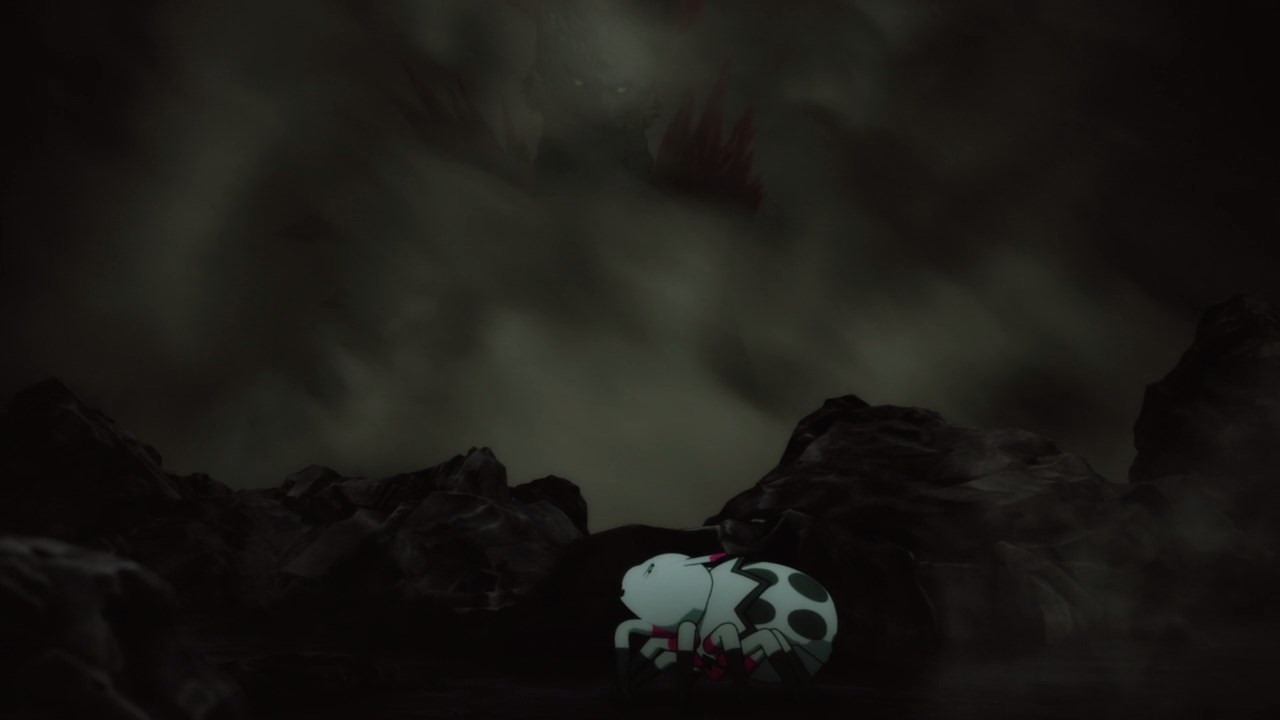 Turns out that Ms. Spider encountered a Level 37 Earth Dragon Araba. Honestly, fighting this earth dragon is suicidal at this point. 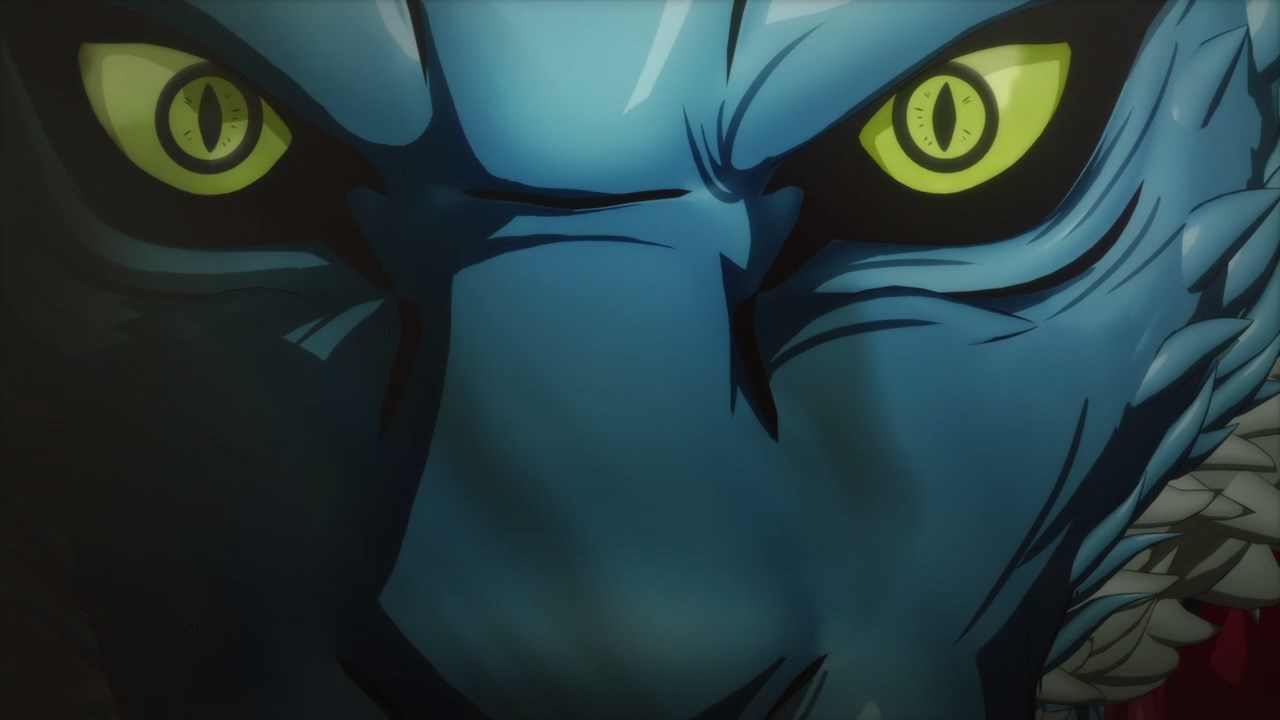 In any case, I’m hoping that Ms. Spider will survive on the next episode as seeing this Earth Dragon Araba scares the shit out of me!