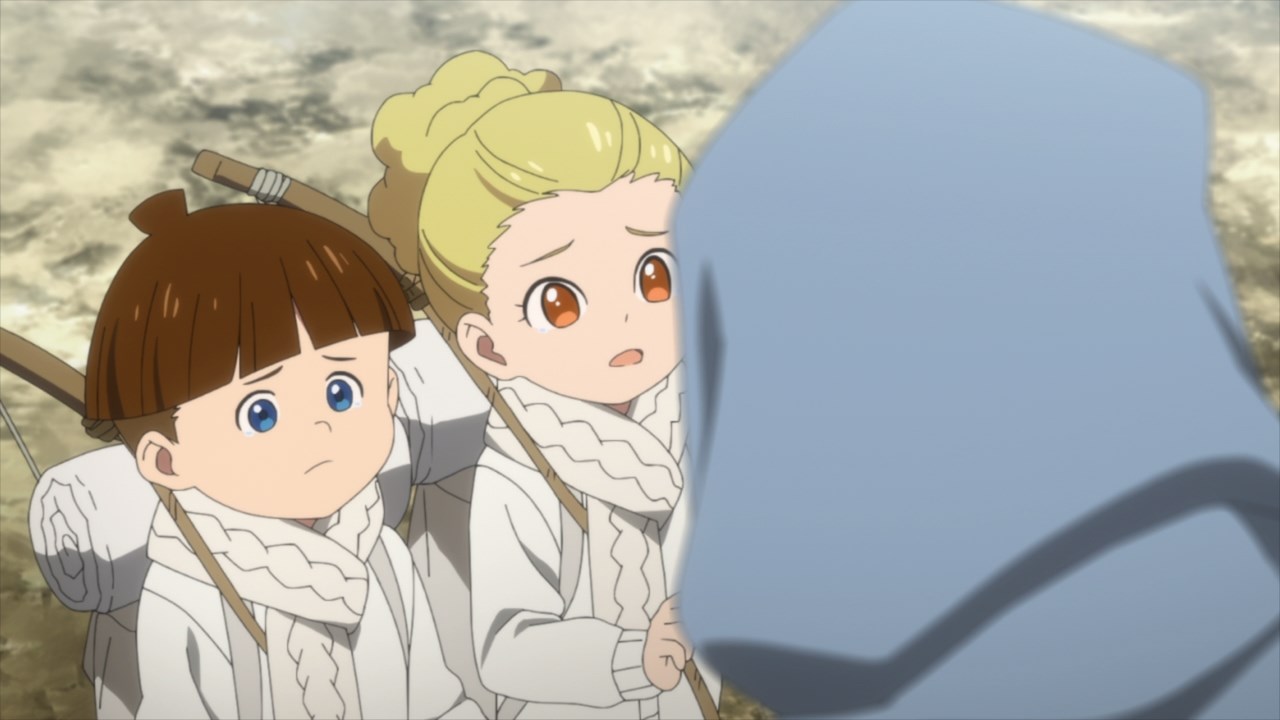 Well everyone, looks like the kids will have to say good-bye to Sonju and Mujika and while they want to stay a bit longer, the kids will need to reach their destination on their own. 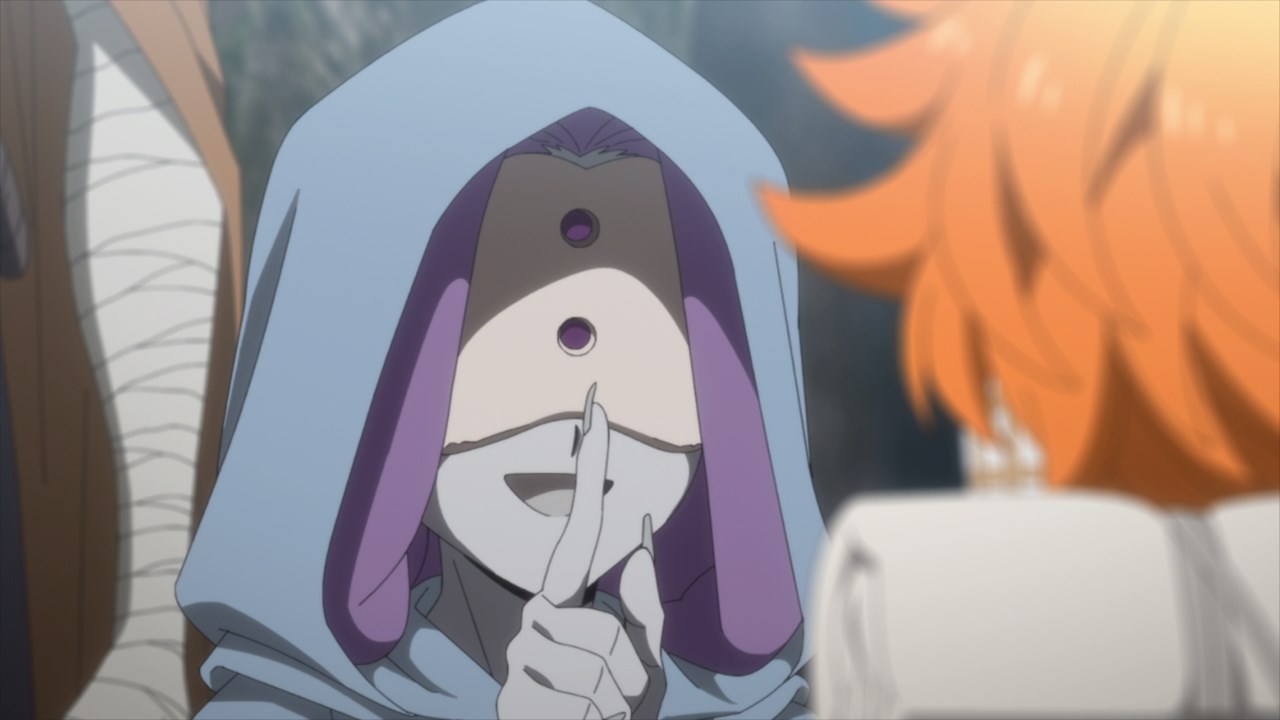 Speaking of Mujika, looks like she wants to give something to Emma before she and the kids depart. 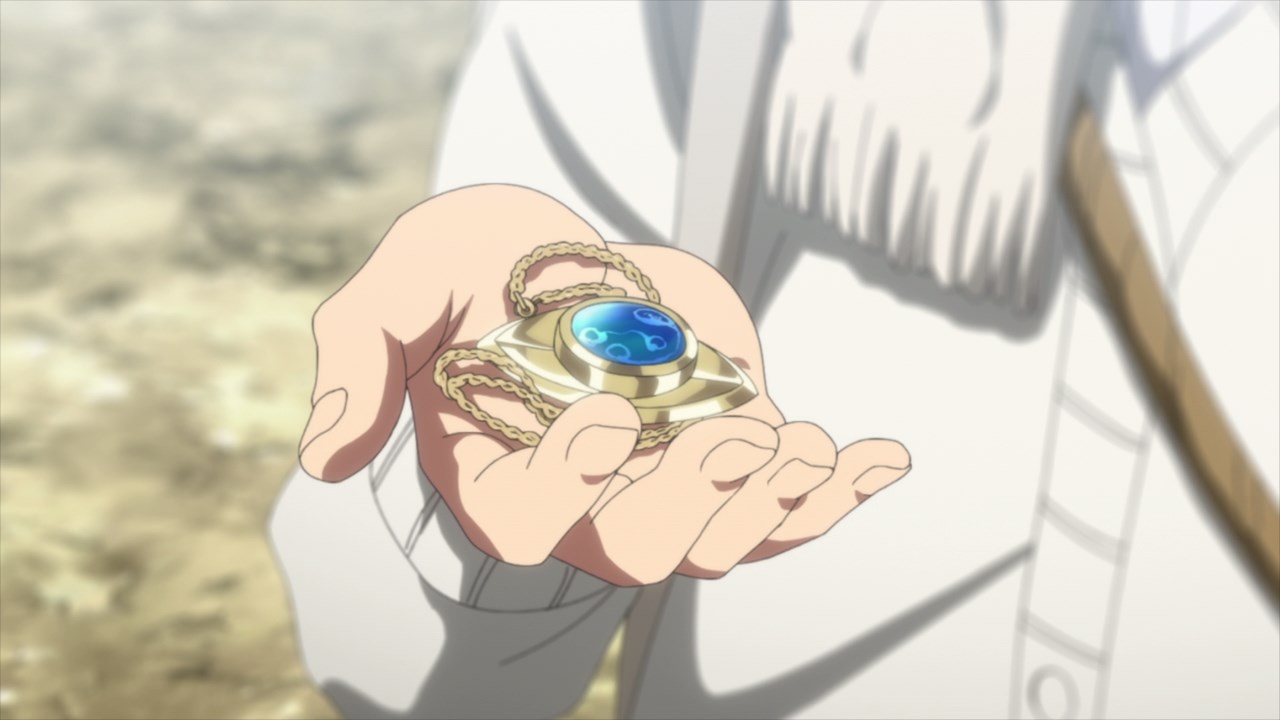 It’s an amulet where Mujika explained that it’ll protect her from danger. Then again, I have a feeling that it has a tracking device inside. 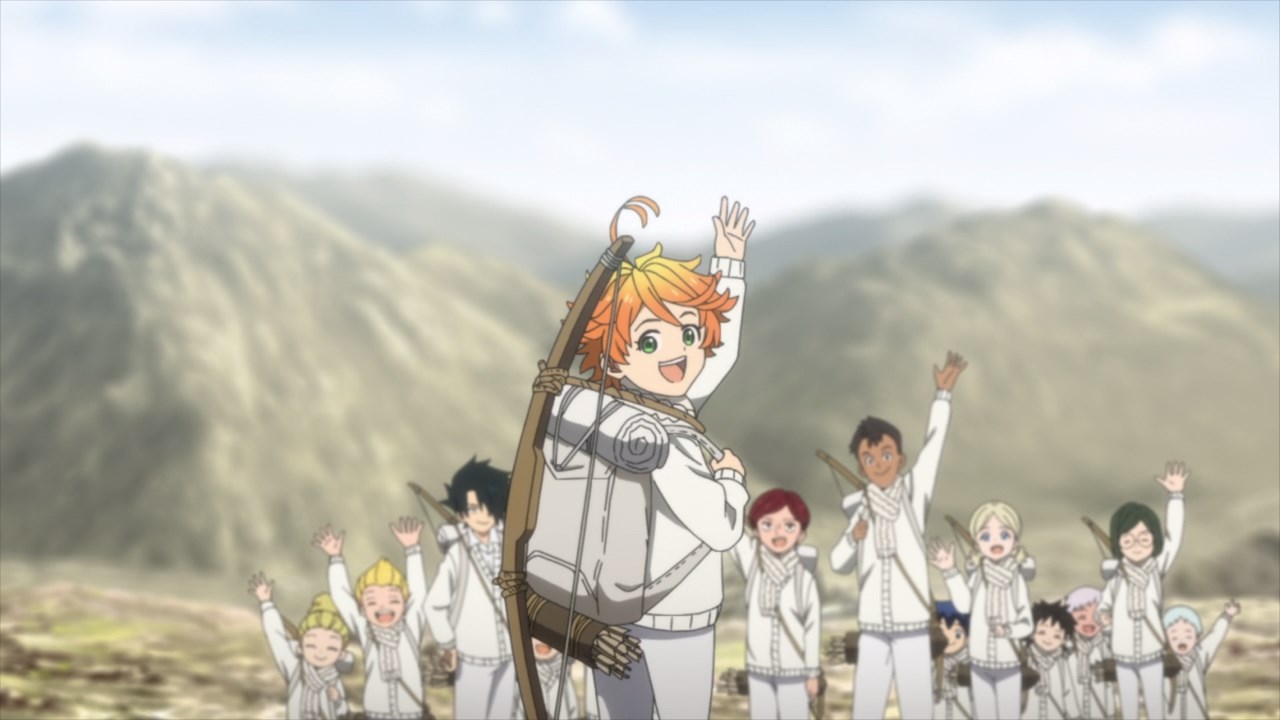 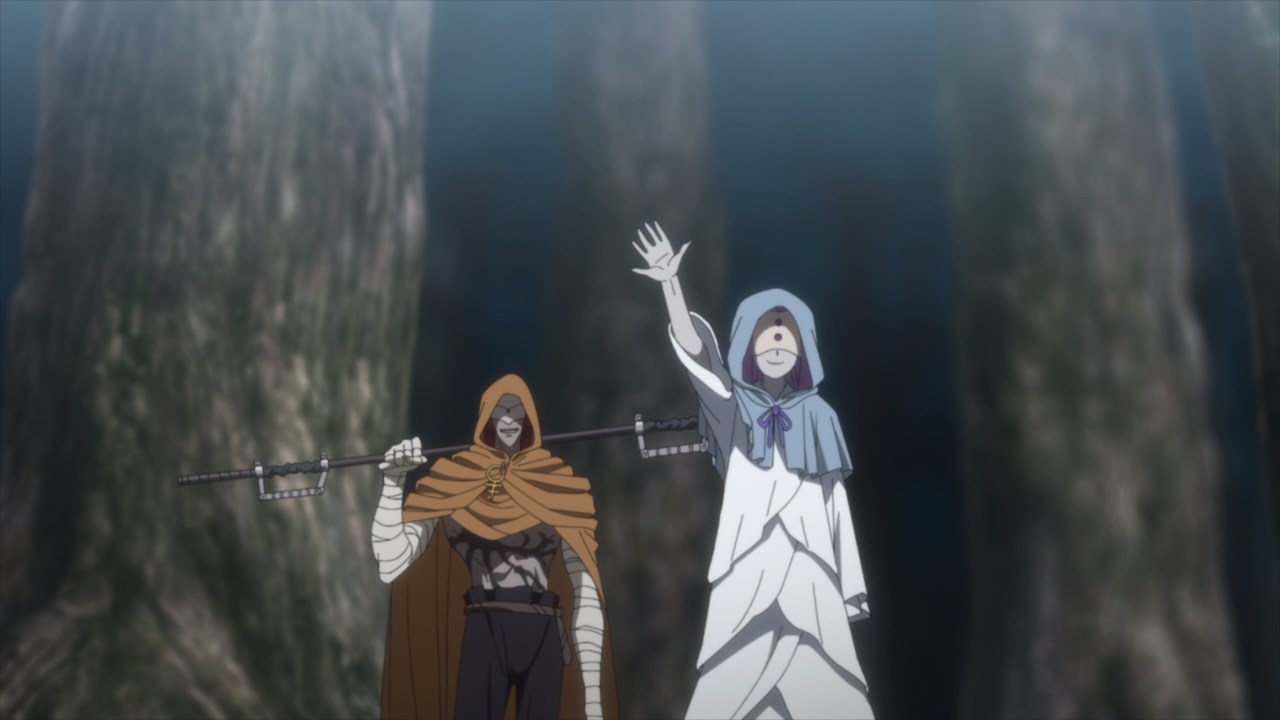 In any case, Emma and her fellow kids bid their farewells to Sonju and Mujika. Of course, they’ll become enemies the next time they meet again as Sonju plans to eat them they grow outside the farm.

Well, looks like Sonju wants to eat wild children rather than domesticated ones. Still, Emma and the rest will need to be ready when that happens. 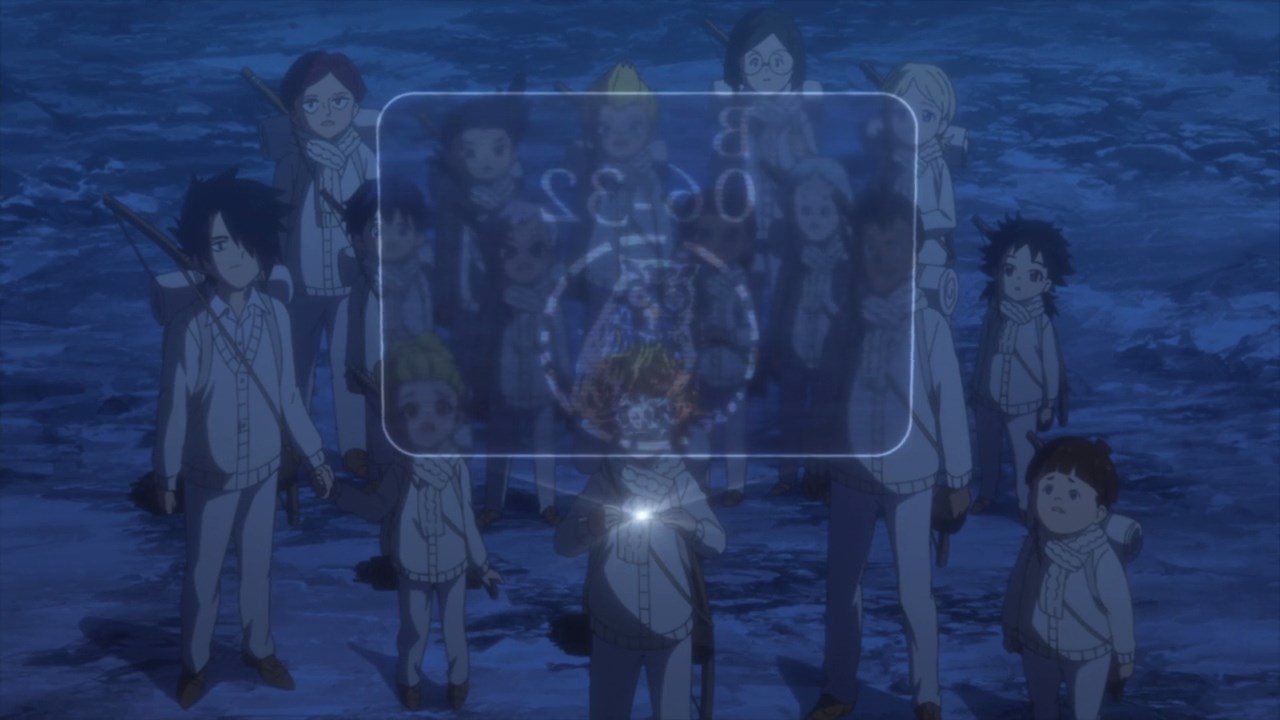 Now let’s move onto the next scene where the kids have arrived at coordinates B06-32. Unfortunately, what they see is just a wasteland. 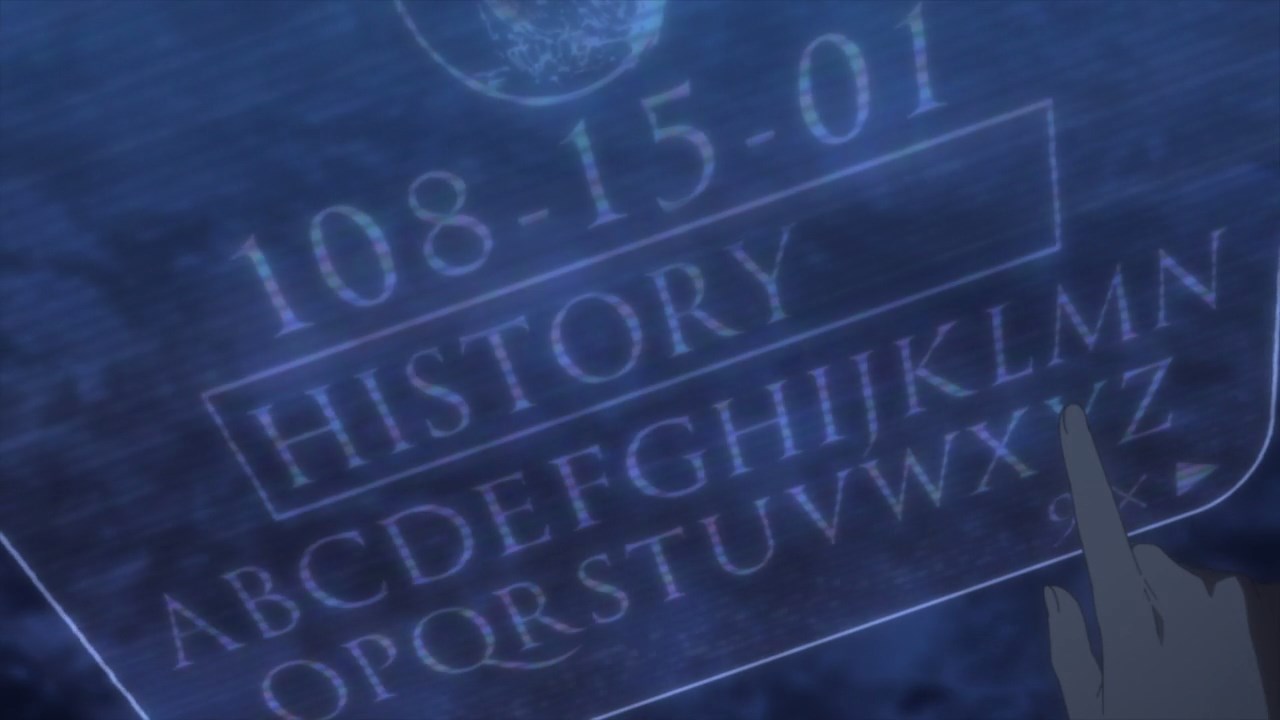 That is until Ray typed the secret code which is “History”. Good thing they brought “The Adventures of Ugo” as a reference guide when unlocking codes. 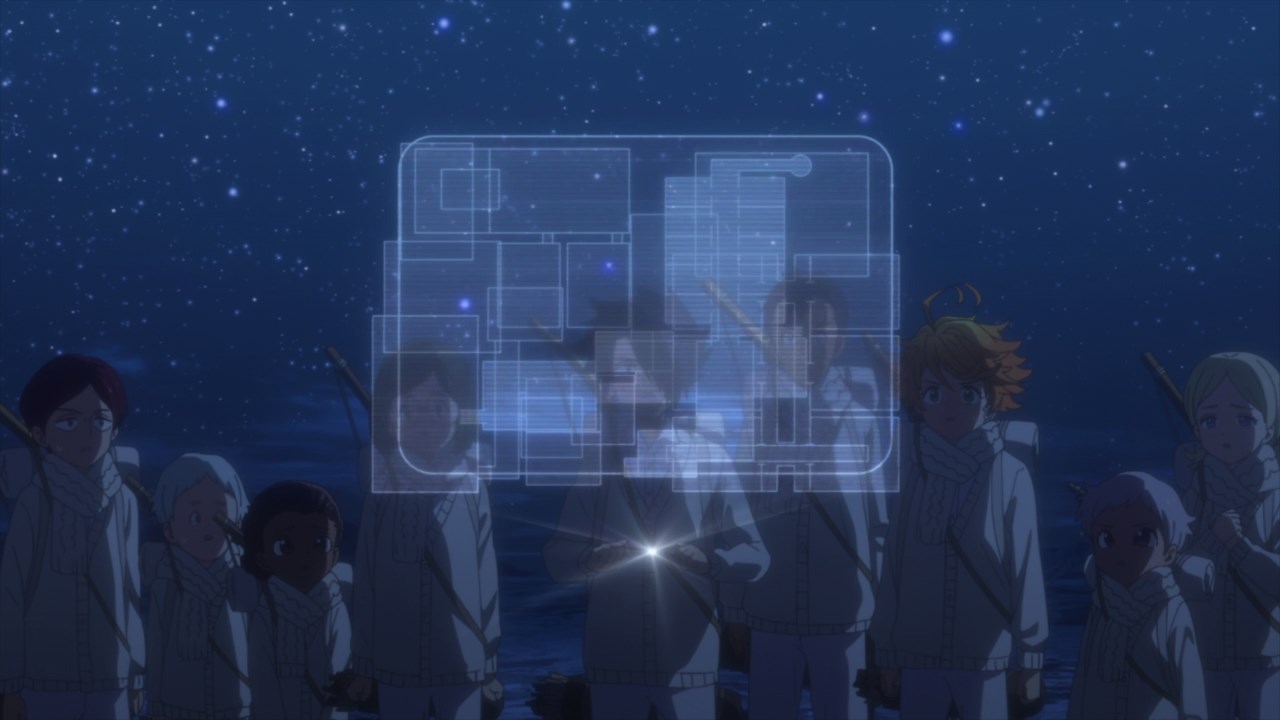 In any case, looks likes the kids unlocked a map. Unfortunately, there’s no indication on where the map leads to since they’re currently standing on a barren wasteland. 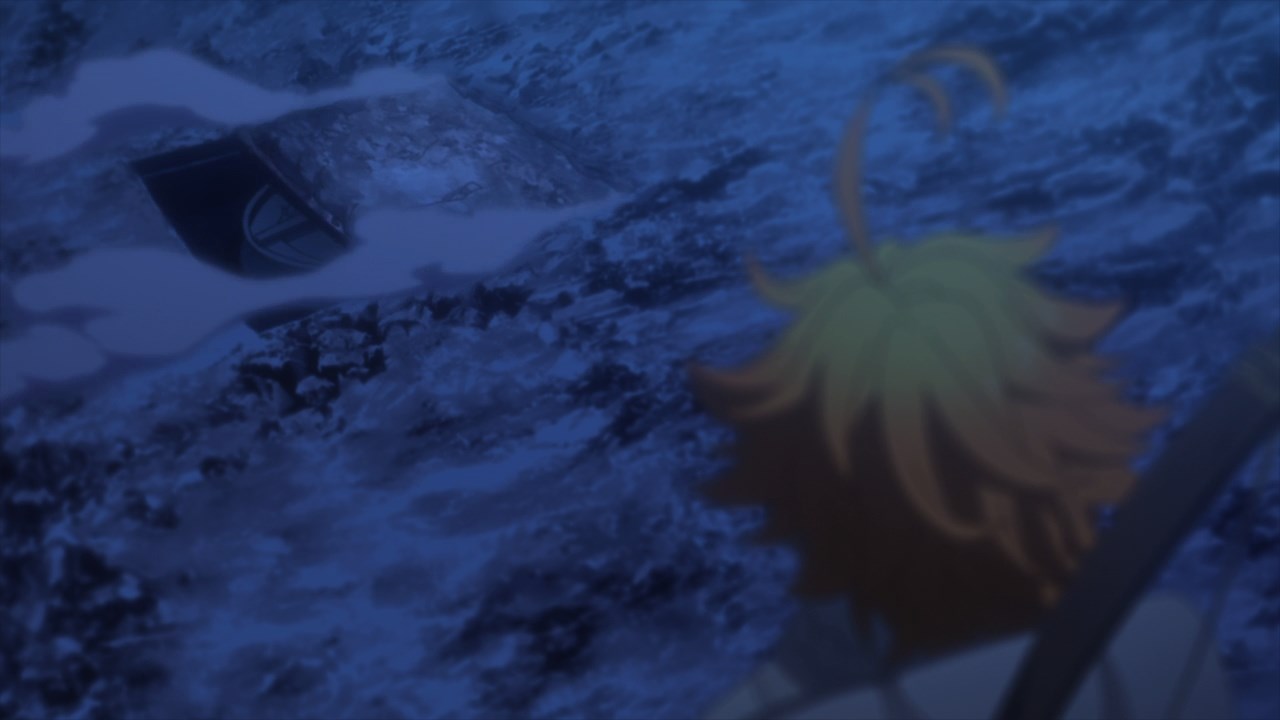 Well, that’s until Emma stumbled upon a door that leads to an underground base. Hmm, could it be that they’ll see William Minerva upon going inside? 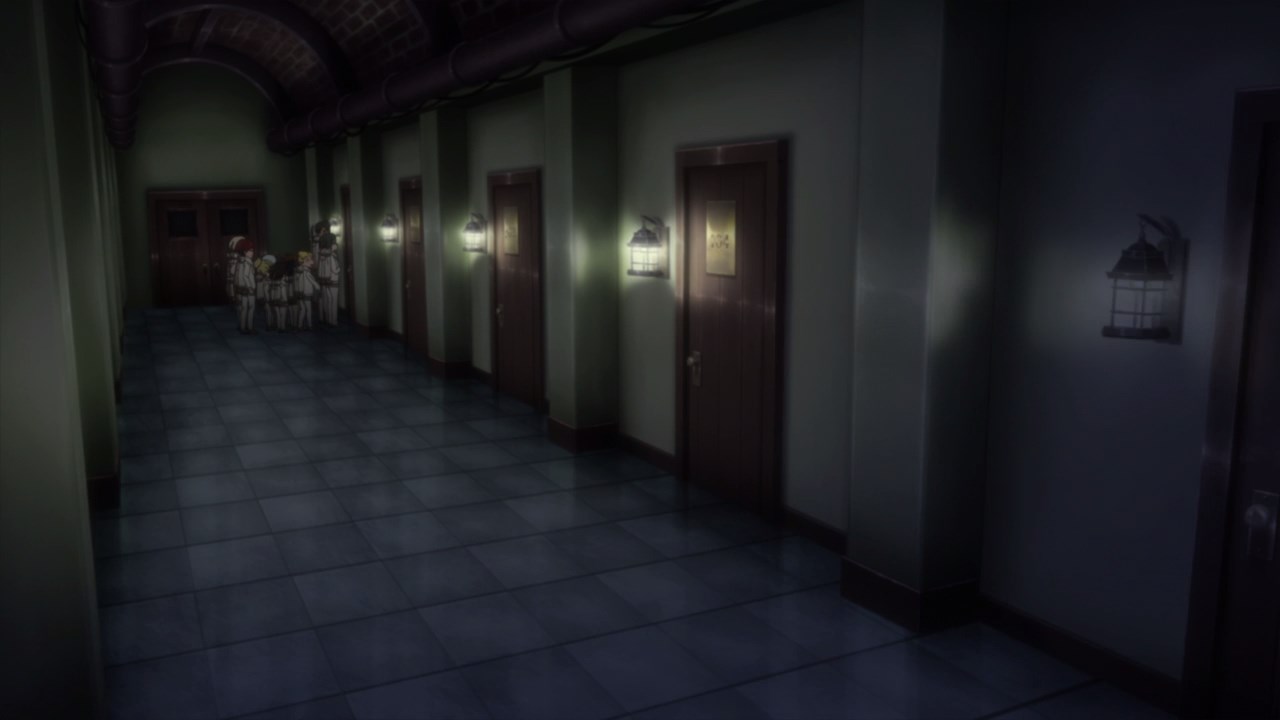 For the time being, looks like the kids will stay at the underground base where it has all the amenities like kitchen and bedroom, plus a vast supply of food and water. 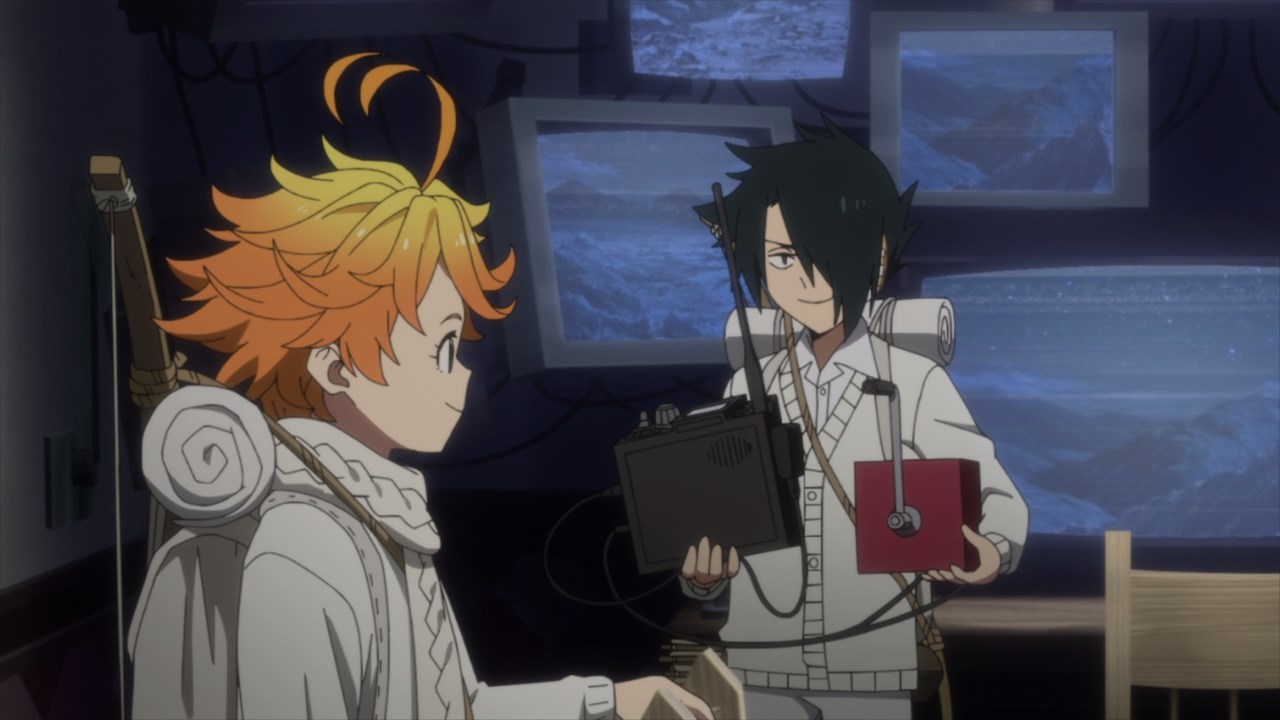 Not only that, but it has some nifty equipment like this radio where they can intercept calls from Grace Field. Now then, where’s William Minerva? 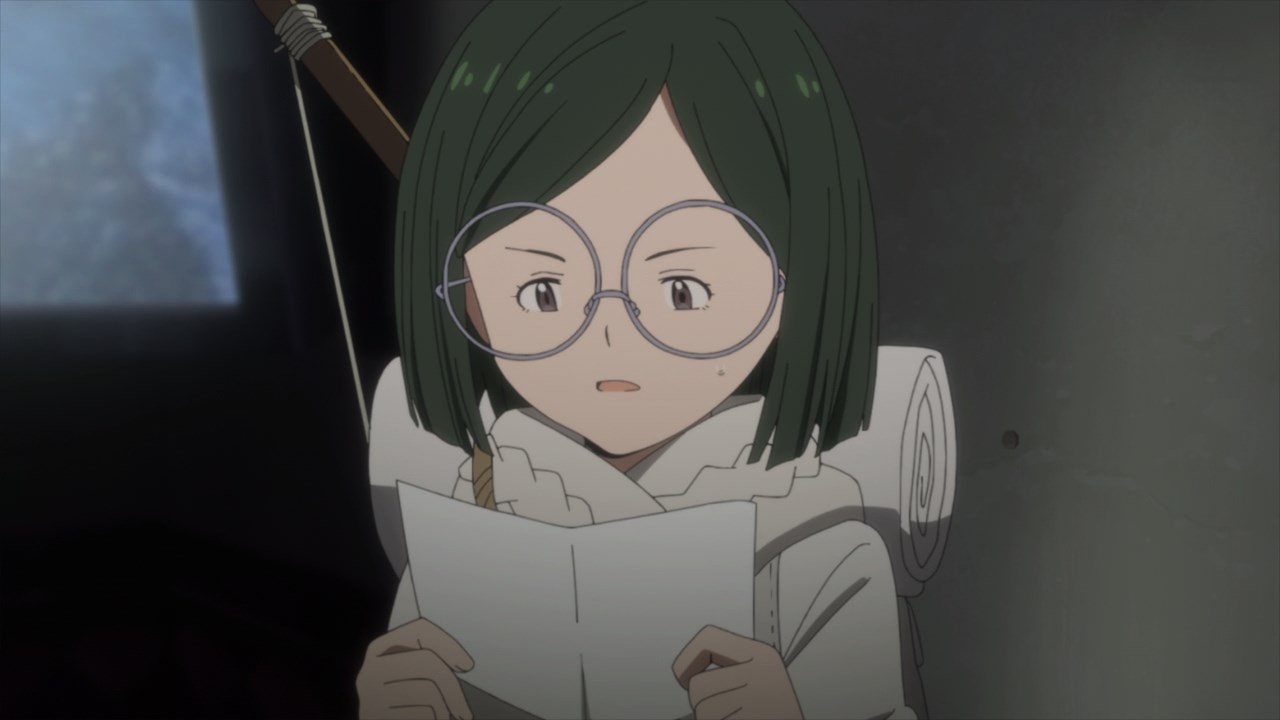 Unfortunately, they haven’t seen William Minerva which is sad. However, Gilda found a letter from the man himself where he told them to make this underground base as their home.

Of course, Emma and the rest will liberate the other kids from demons once they’re fully-equipped but anyways, looks like they’ll stay at this base permanently thanks to William Minerva. 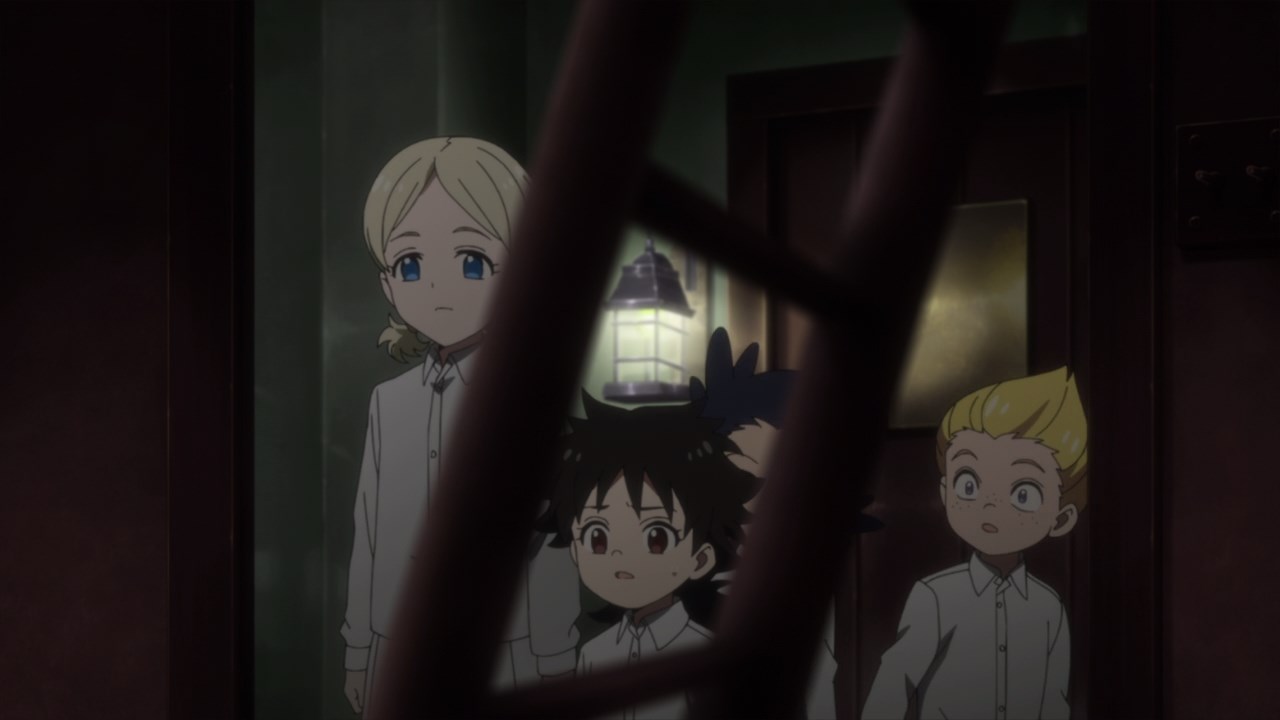 However, it appears that despite having everything from electricity to water, this base has some dark secrets… 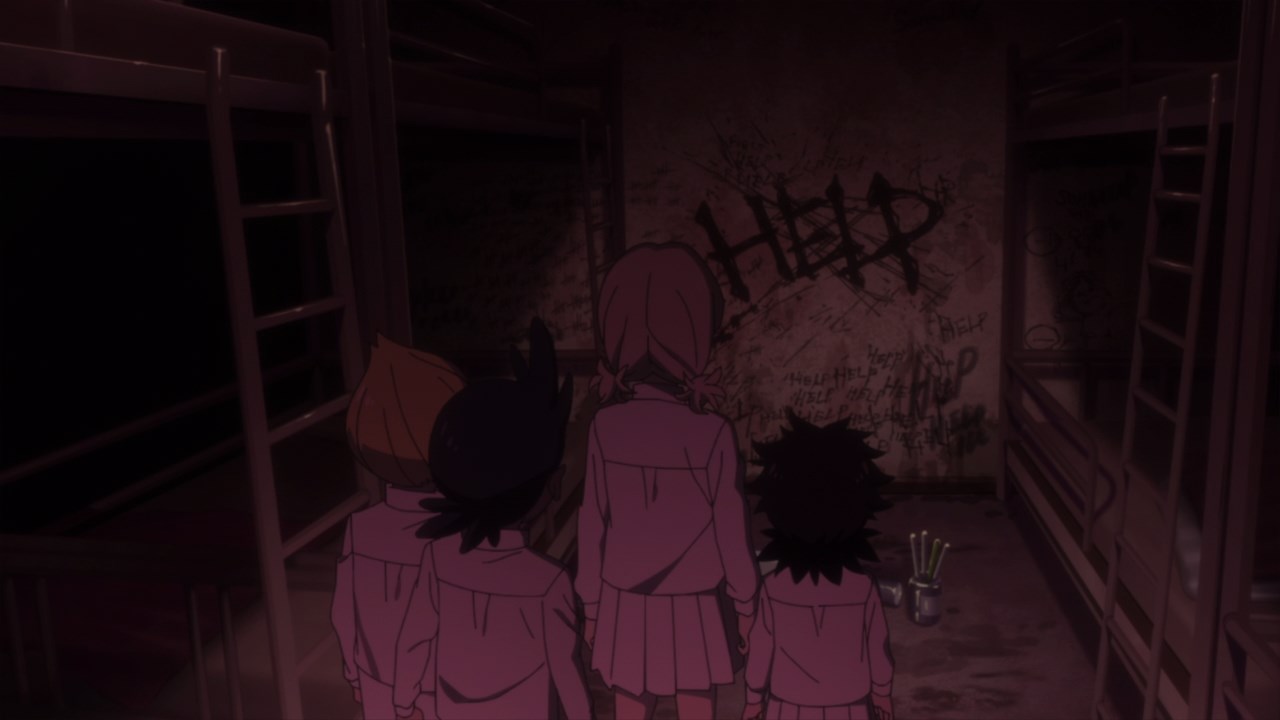 …like this room for example where the word “Help” is written on the wall. Something tells me that this base used to conduct experiments. 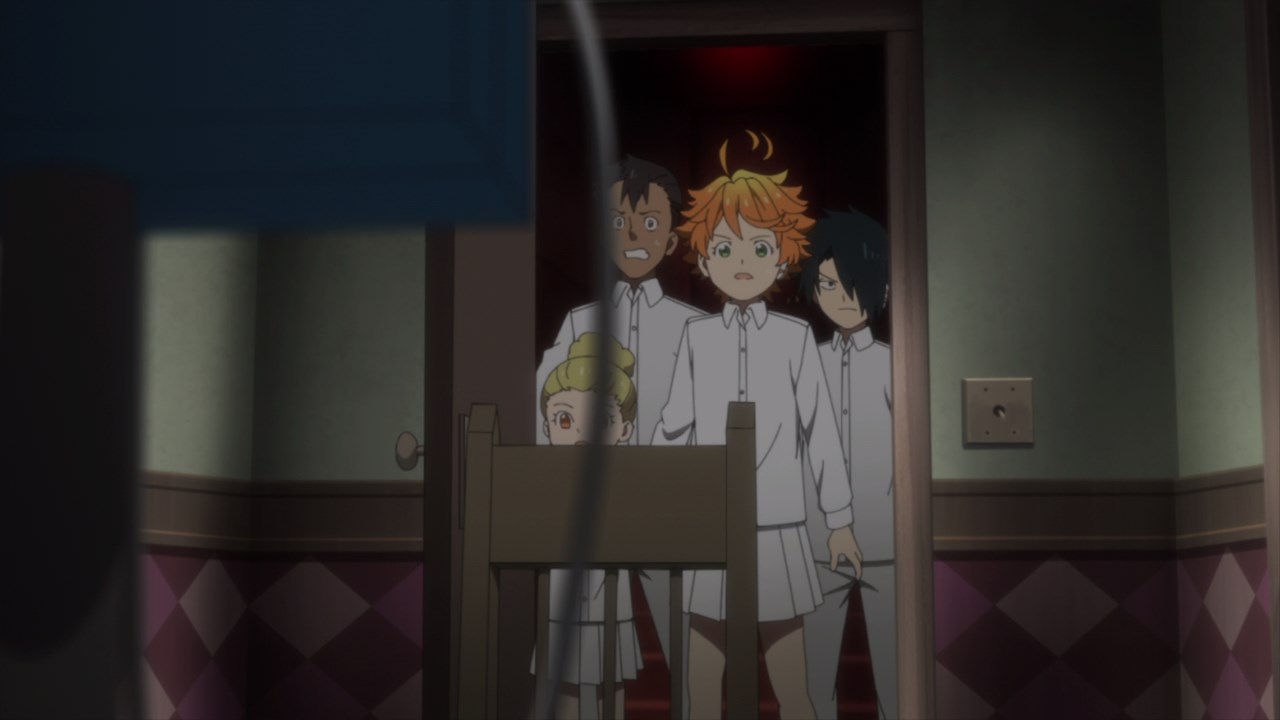 One last thing, looks like Emma and the rest found a telephone where it’s constantly ringing. Okay, who’s calling at this hour? 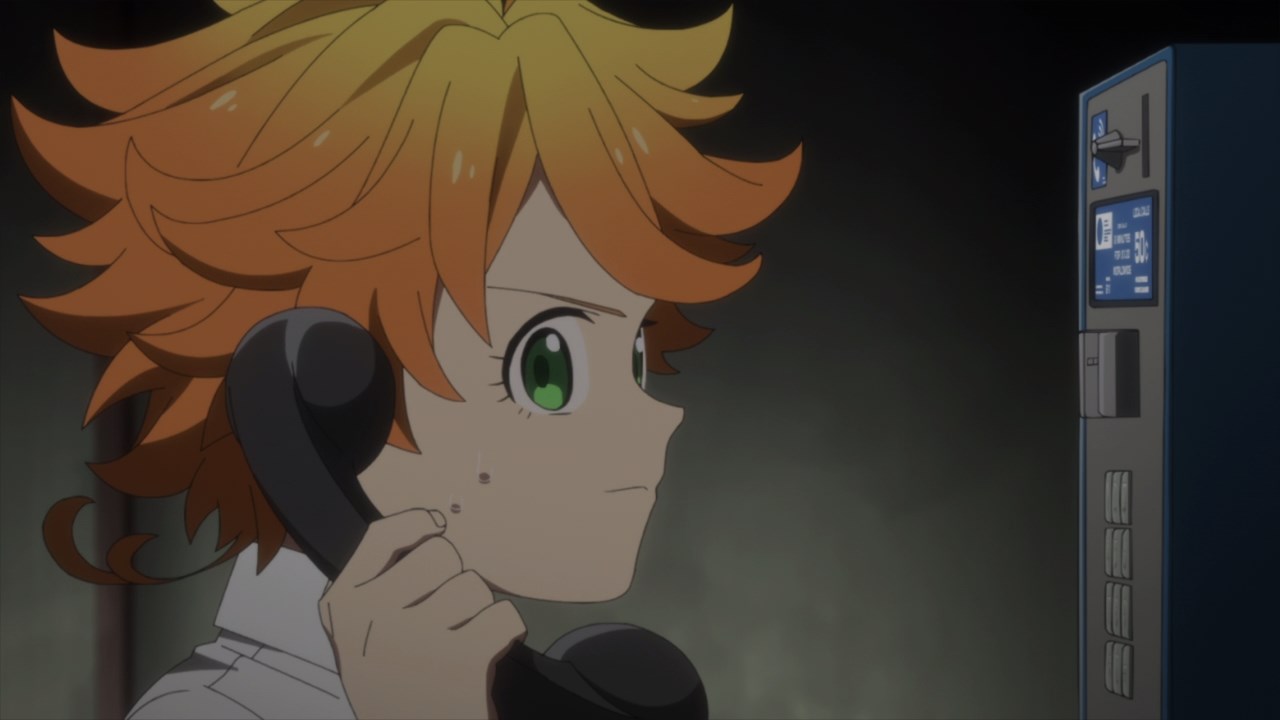 Anyways, Emma pick up the phone where it turns out that it’s none other than William Minerva who is calling her. Man, I smell something fishy towards that mysterious man.

With that said, I’ll find out next time on whether William Minerva is a good guy or a bad guy.