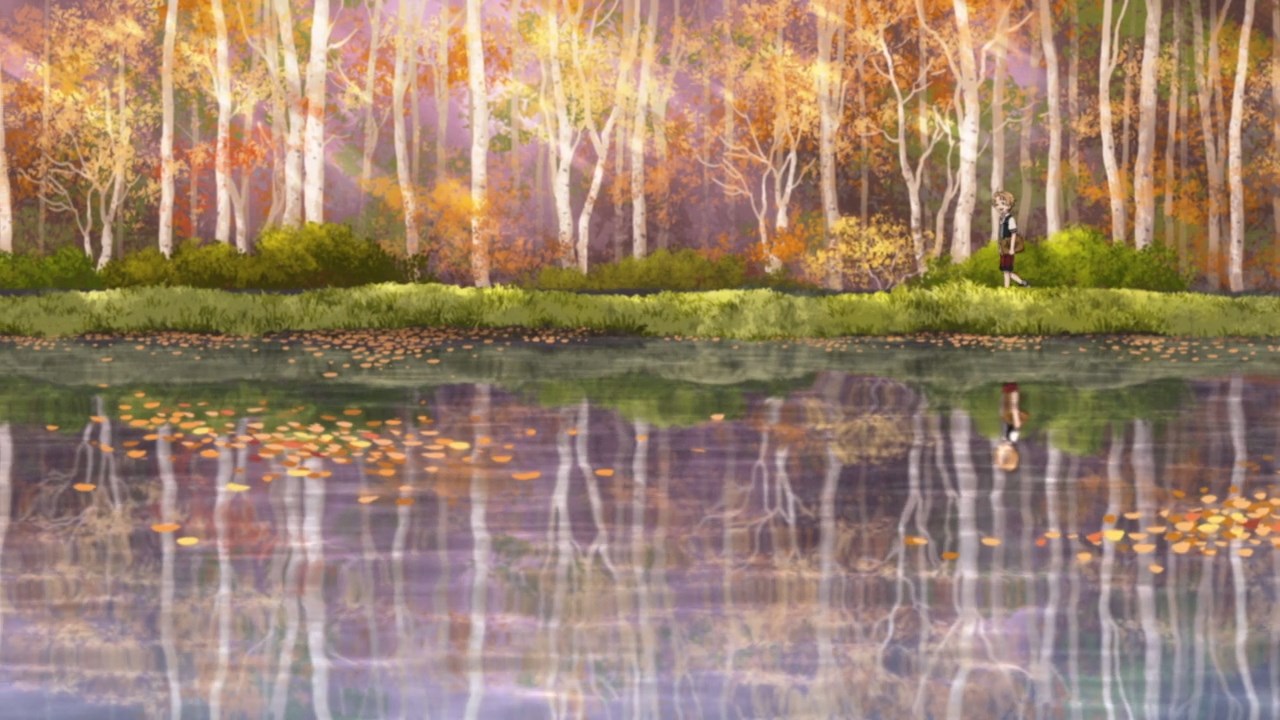 Well everyone, here’s Rudeus Greyrat where he went to the great outdoors on his own. While he feared of going outside in his previous life, Rudy is no longer scared anymore thanks to Roxy Migurdia. 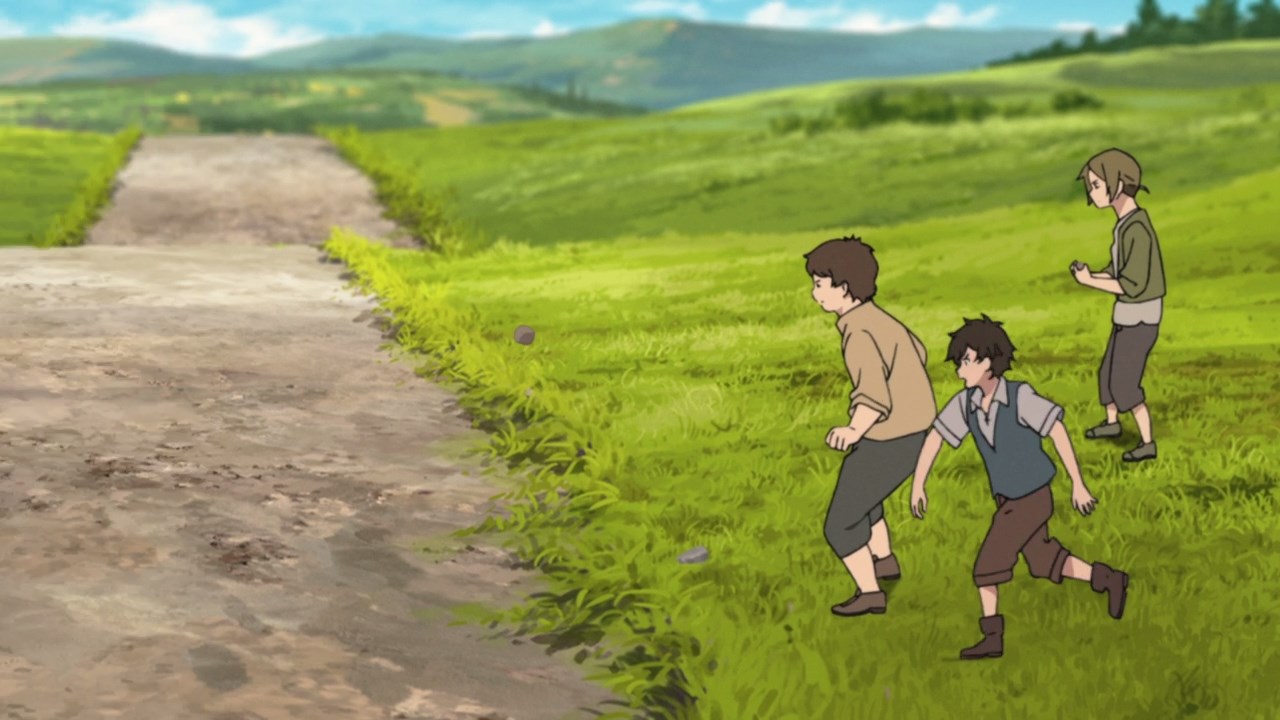 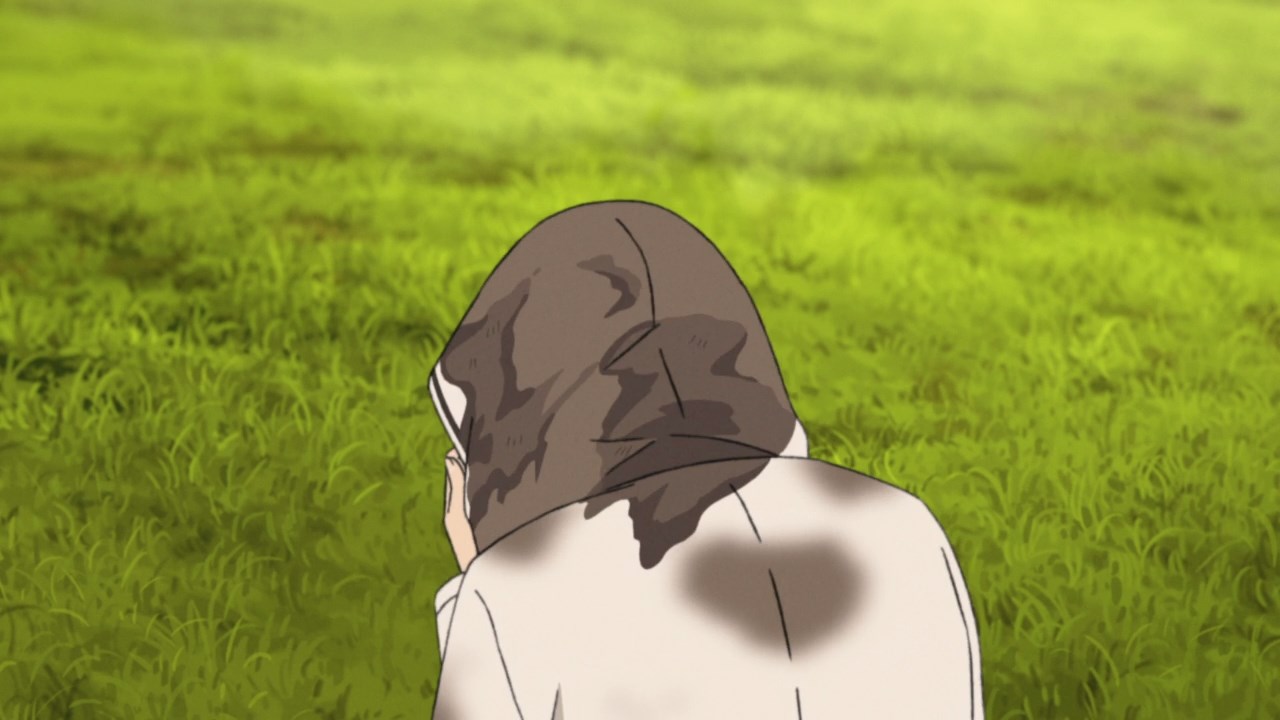 However, some things never change where a trio of naughty boys throw mud at a helpless kid. Even in this fantasy world, there’s bullying and Rudy can’t stand it. 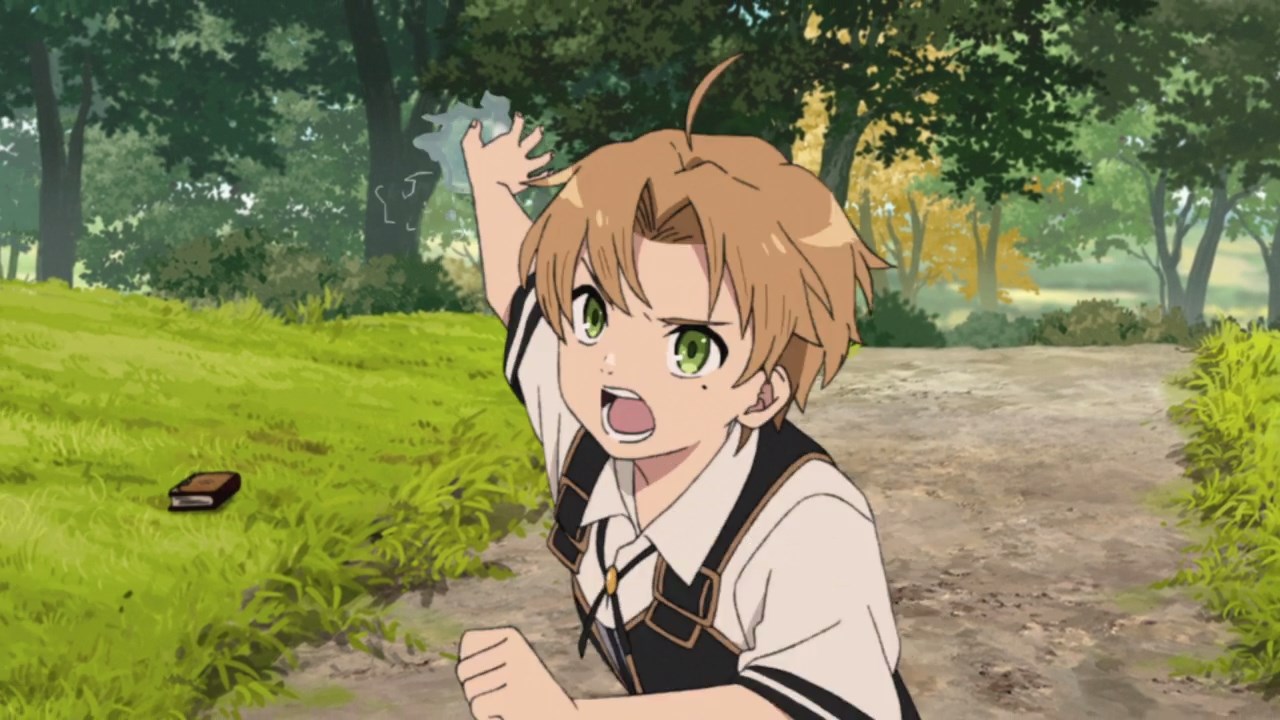 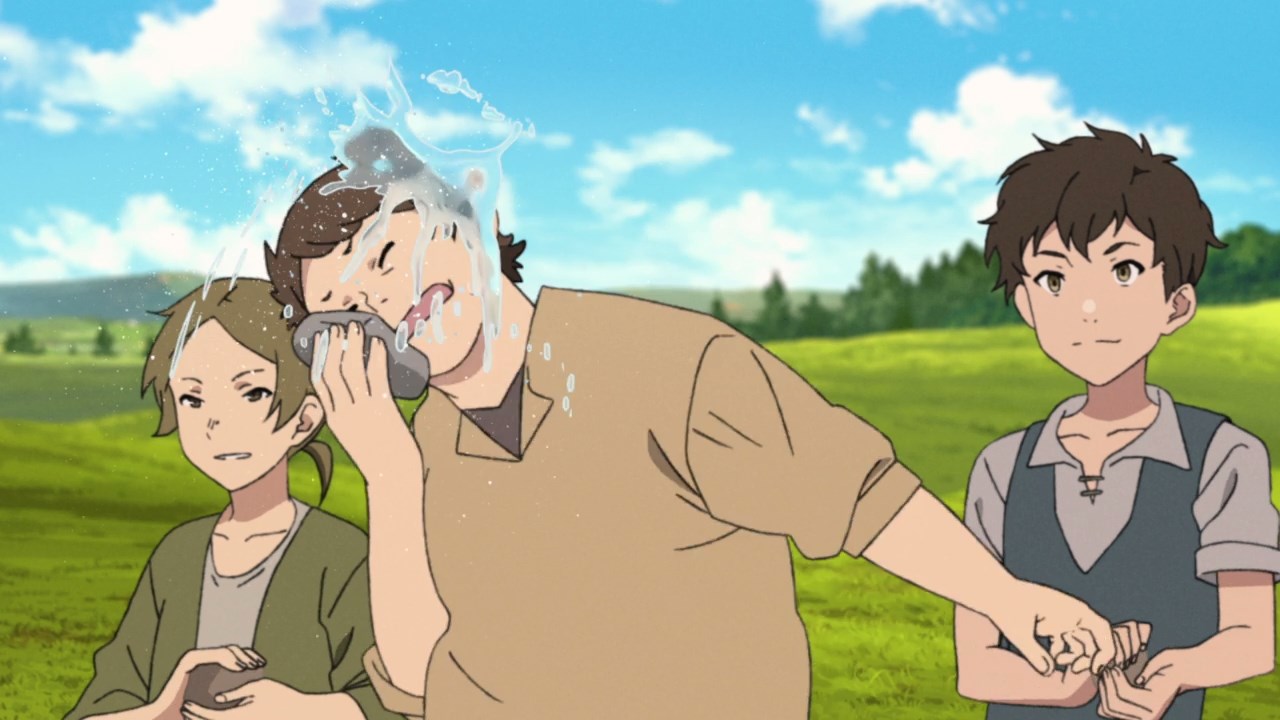 So, Rudy steps in to save the helpless kid by throwing at water ball at those bullies. That’ll teach them not to bully around other people but then again, they might not learn at all. 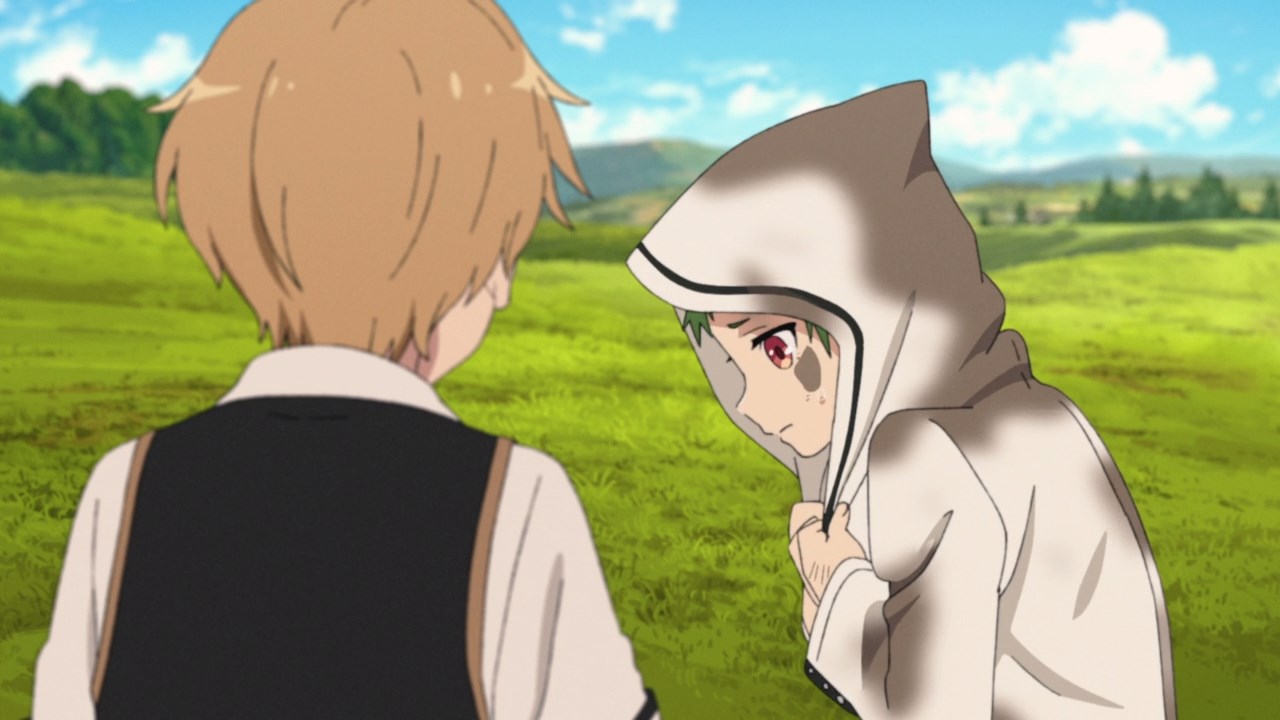 Well then, looks like Rudeus managed to rescue this kid who turn out to be an half-elf named Sylph. I have to say that he did the right thing in this fantasy world. 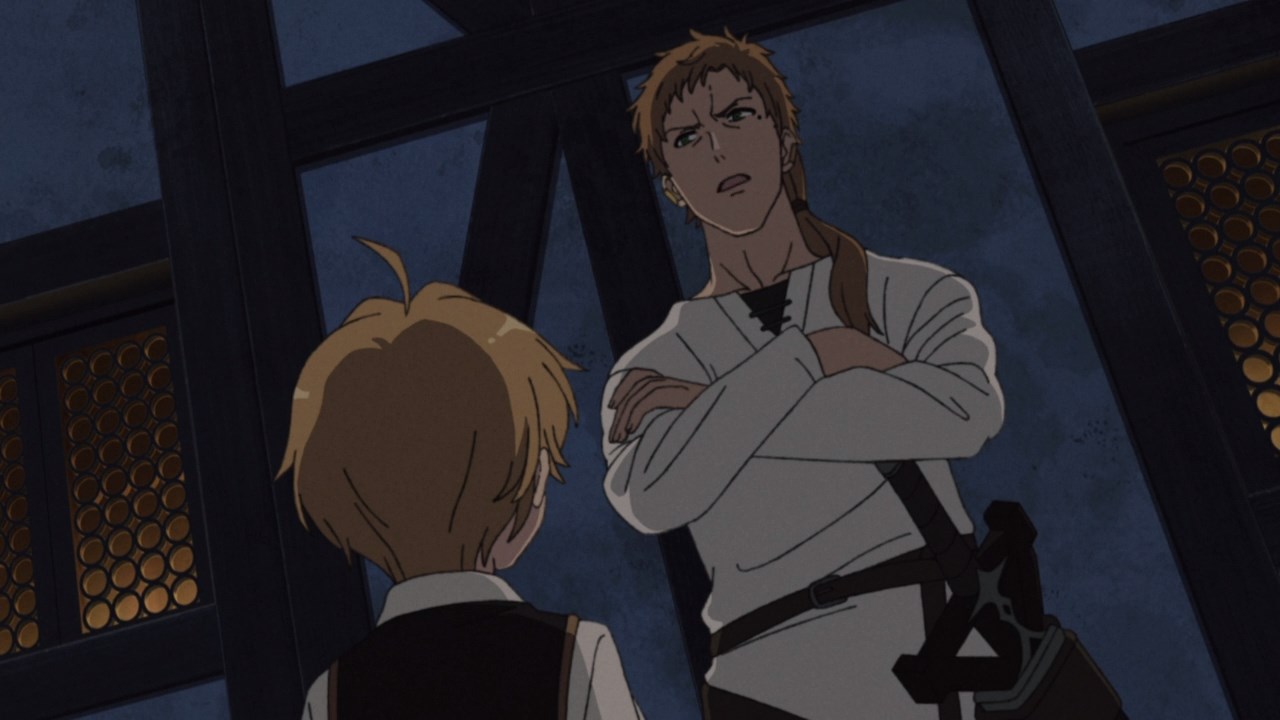 But for his father Paul however, he doesn’t like his son hurting other people as one of the bullies’ mother told Paul that his son was hurt because of Rudy. 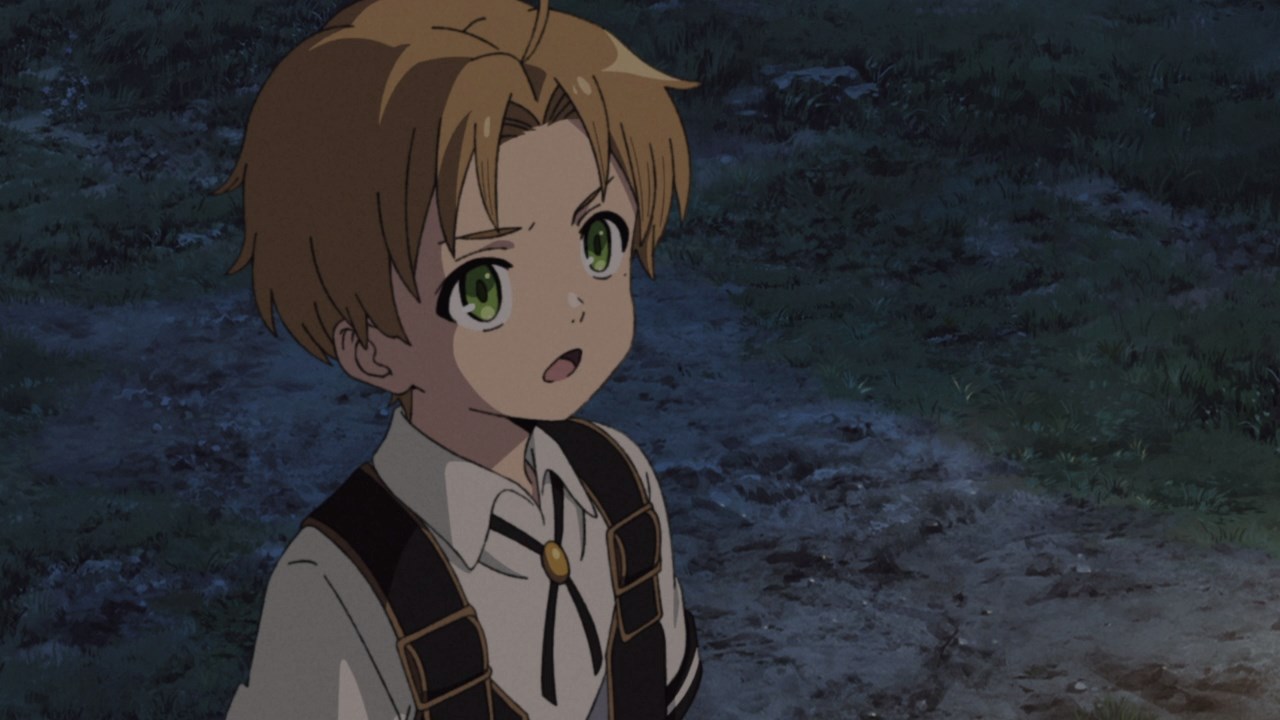 Of course, Rudy explained to him that those bullies hurt a helpless kid, so he’s not in the wrong when it comes to punishing them.

Now if Rudy decided to help the naughty boys, he’ll be just like those bullies from the real world which is something that Rudy felt ashamed since he got bullied in his previous life. 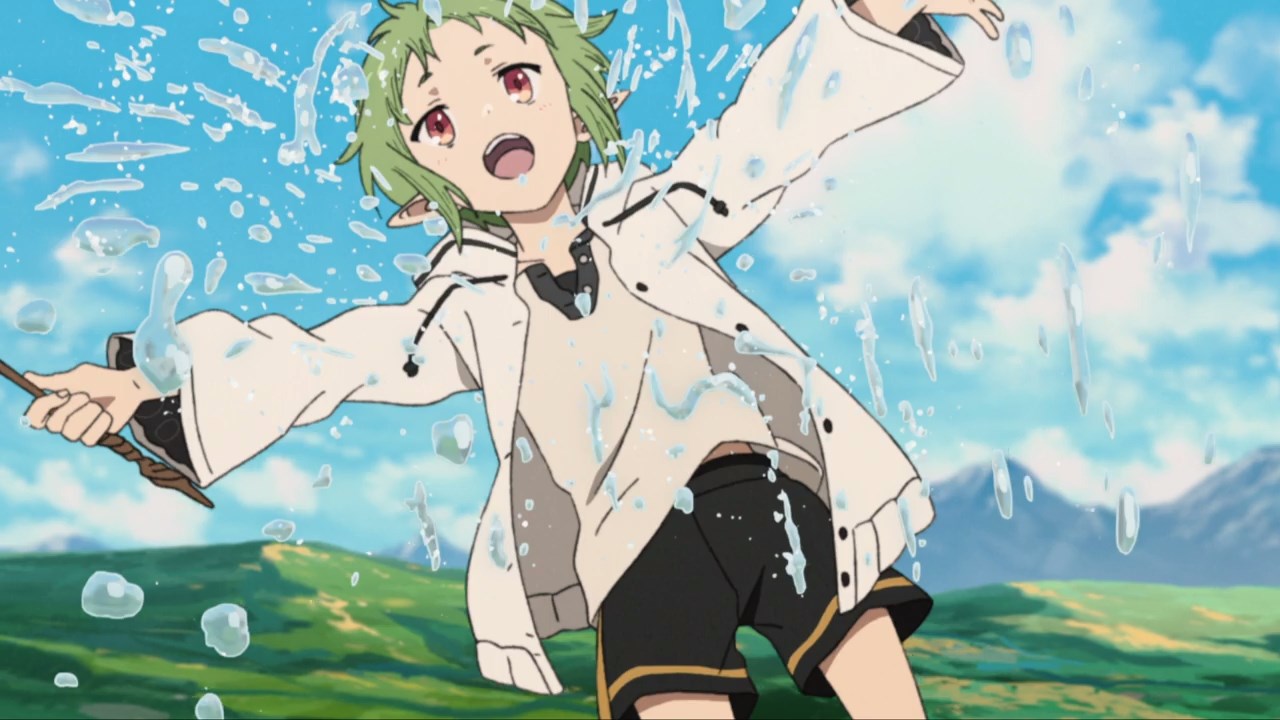 Oh yeah and as for Sylph, it appears that Rudy’s new friend is interesting as the half-elf is proficient with magic. Glad that Rudy made a friend outside of Roxy. 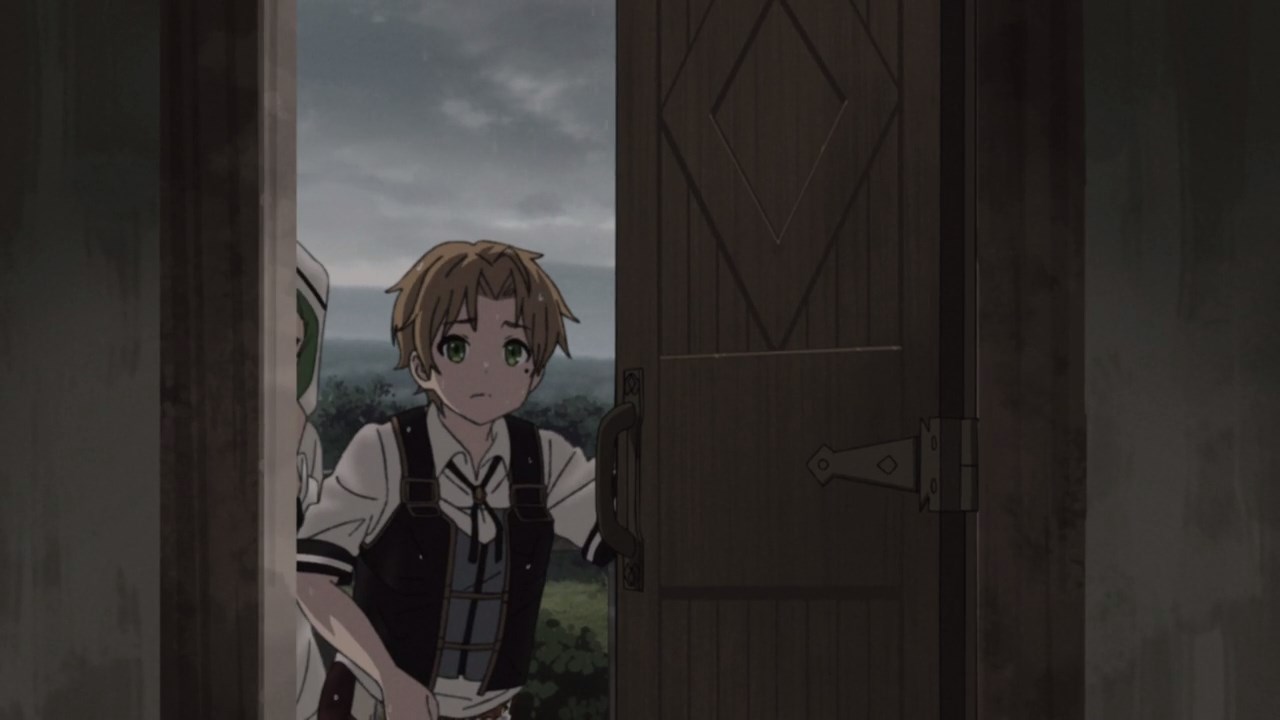 Now then, let’s move onto the next scene where Rudeus and Sylph got soaked in the rain after playing outside for a long time. 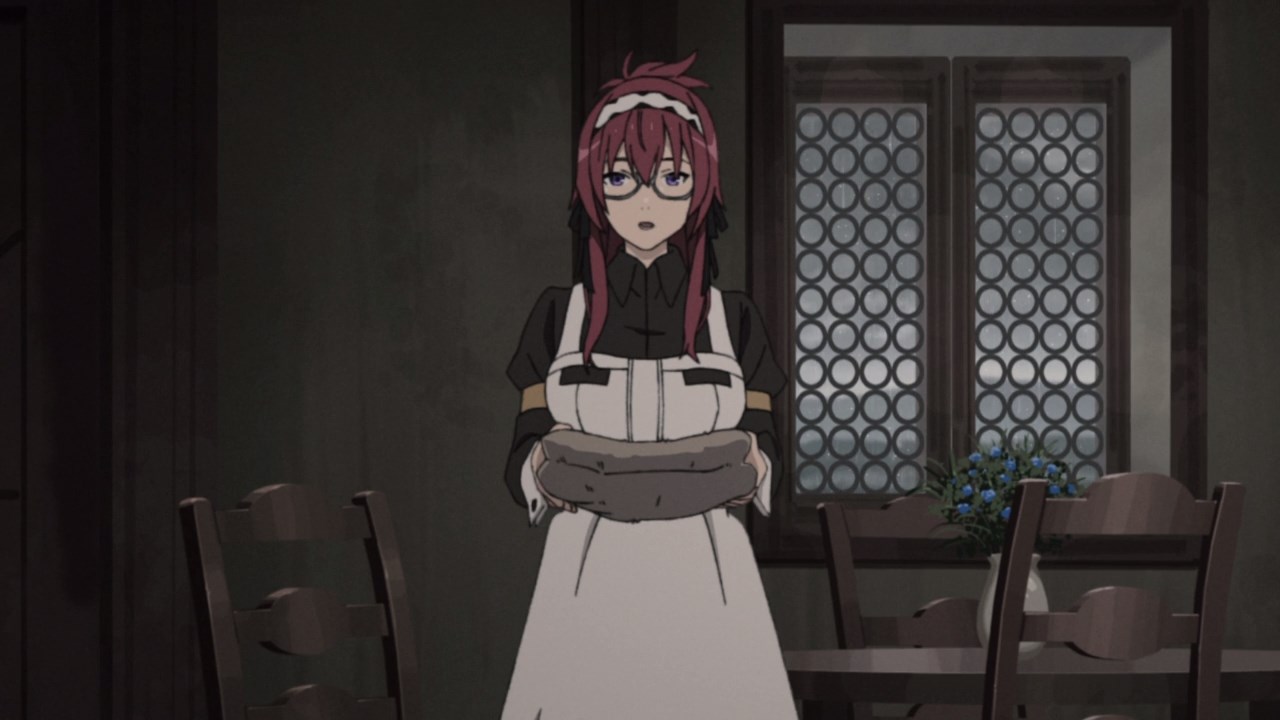 Oh yeah, I forgot to introduce you to the head maid of the Greyrat family, Lillia. In any case, Lillia told Rudeus and Sylph that the bath is ready.

However, it appears that there’s a mishap where Rudy strips Sylph naked even though this half-elf doesn’t want to.

One more thing, turns out that Sylph wasn’t a male half-elf, but rather a female one as her full name is Sylphiette. Ugh, looks like Rudy made a grave mistake of stripping the girl naked. 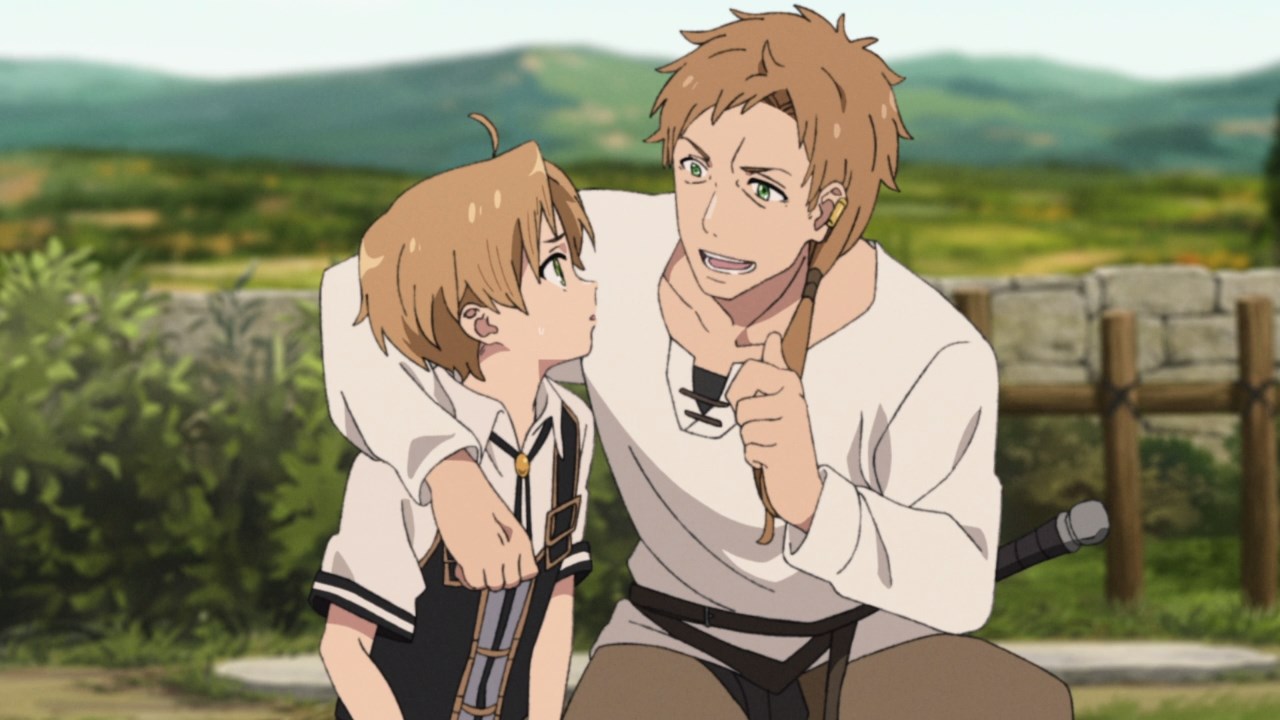 Of course, Paul told him to apologize to Sylphiette because c’mon, his son made a grave mistake of making a girl cry. 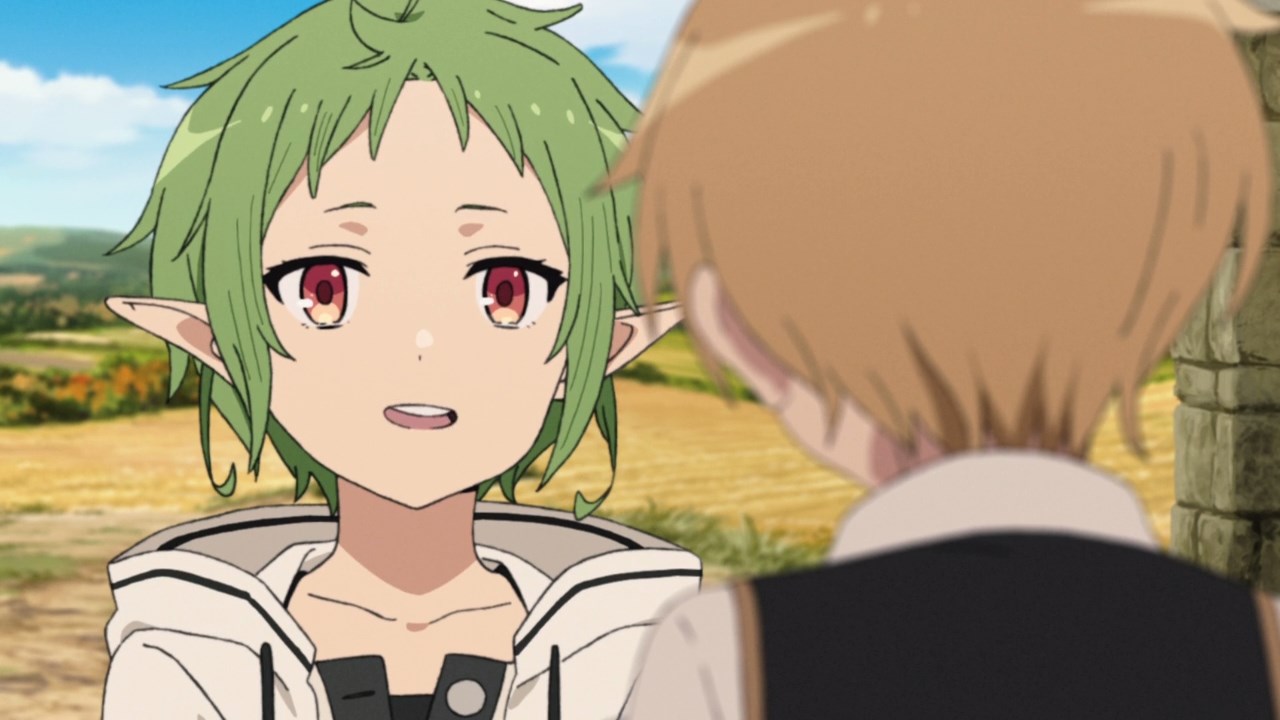 In any case, Sylphiette apologized to Rudeus for not revealing her gender sooner. Well, at least she’s not upset. 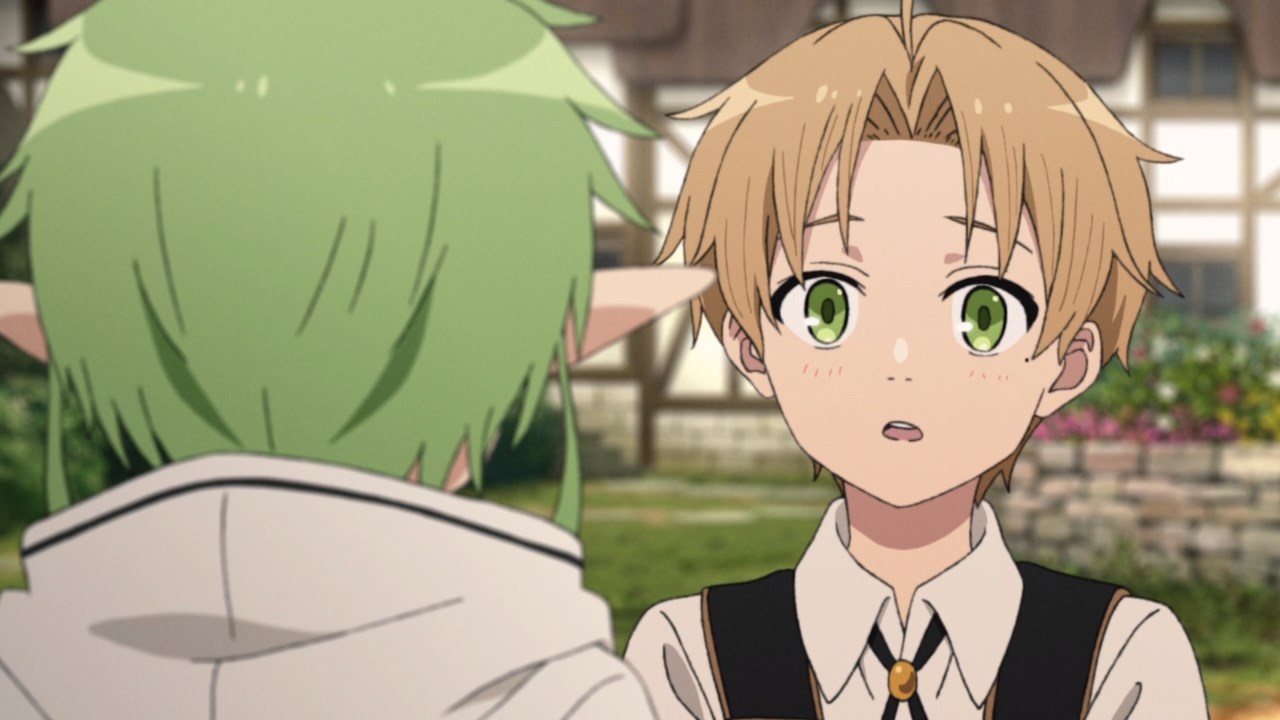 Of course, Rudy wants to apologize to Sylphy for stripping her down naked at the bathroom. Glad that they reconciled instead of staying bitter at the end of this episode. 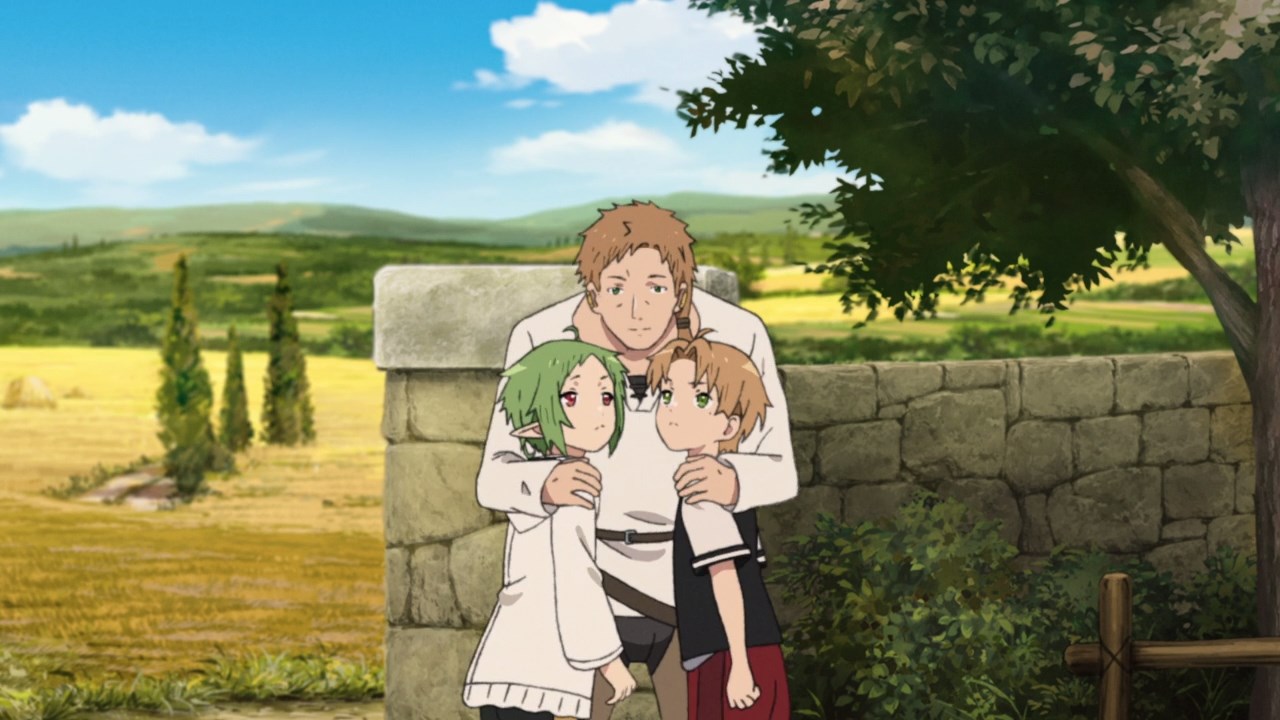 And as for Paul, he’s happy that Rudeus made amends to his new friend. Anyways, that’s about it for this episode as I’ll see you again!