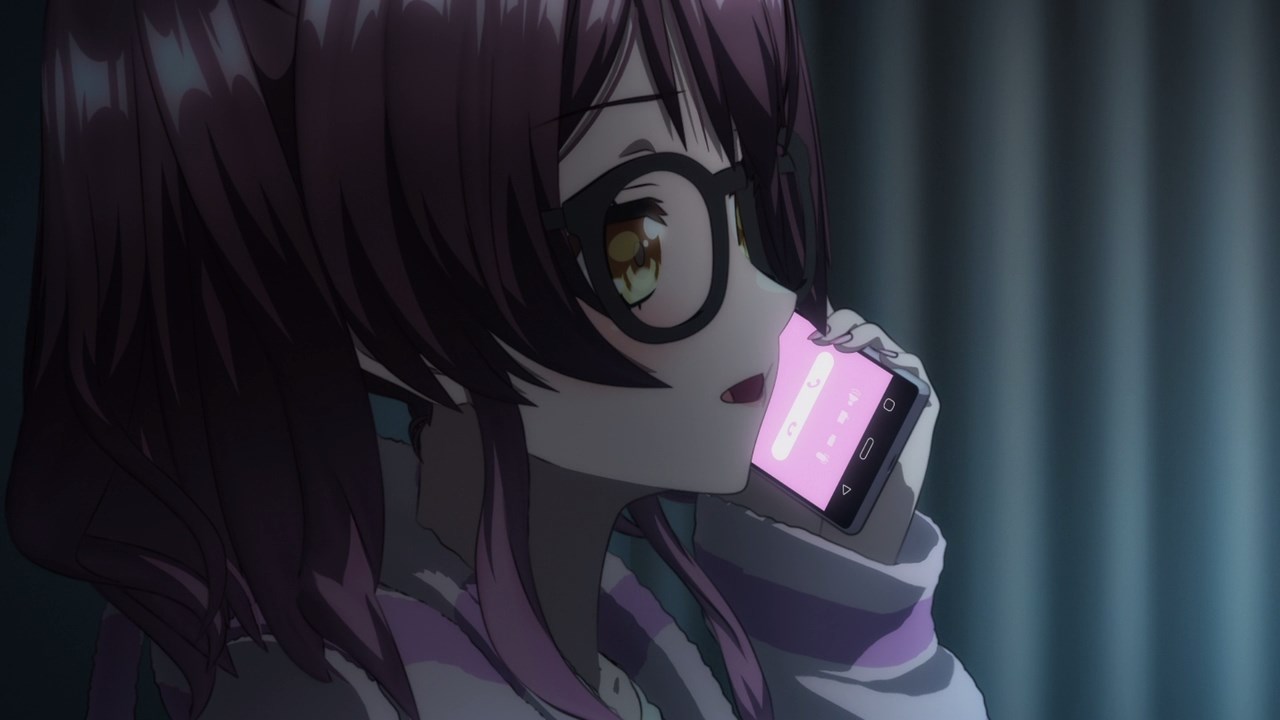 Here’s Muni Ohnaruto where she got a call from Rinku Aimoto, telling Muni-chan to turn on the TV. 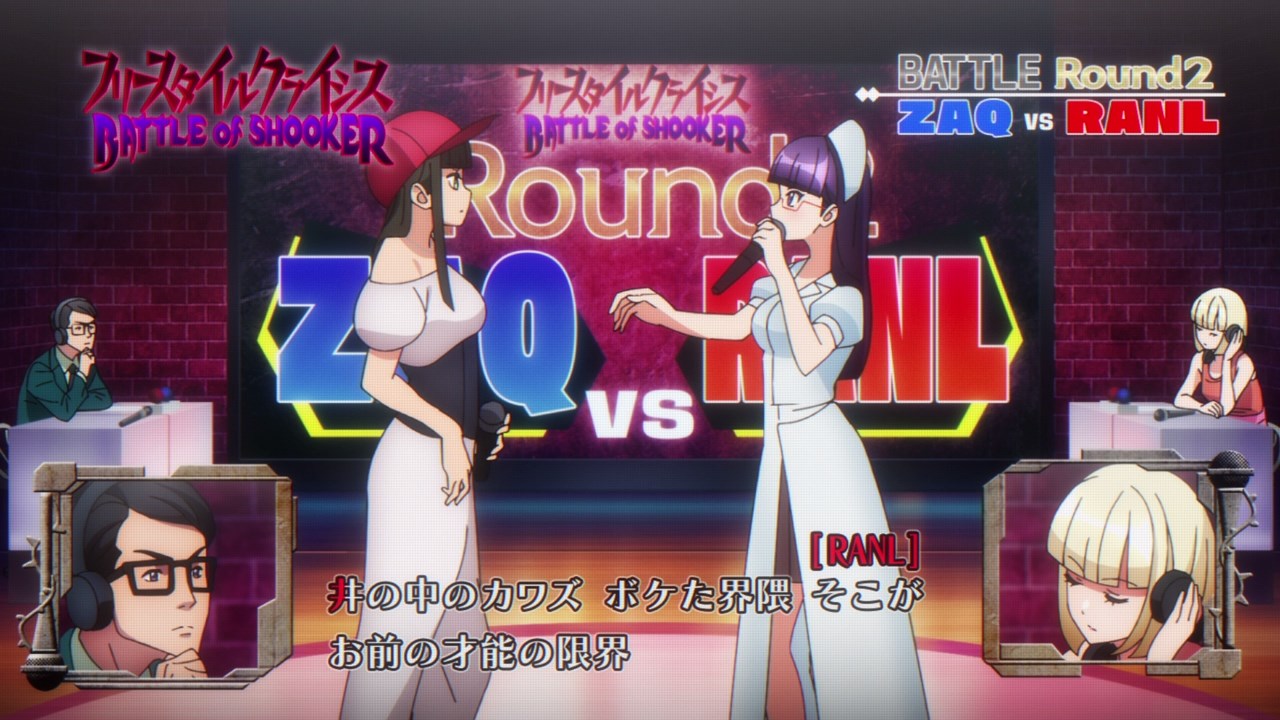 Turns out that Rinku wants to rap upon seeing this program. That’s not a bad idea! 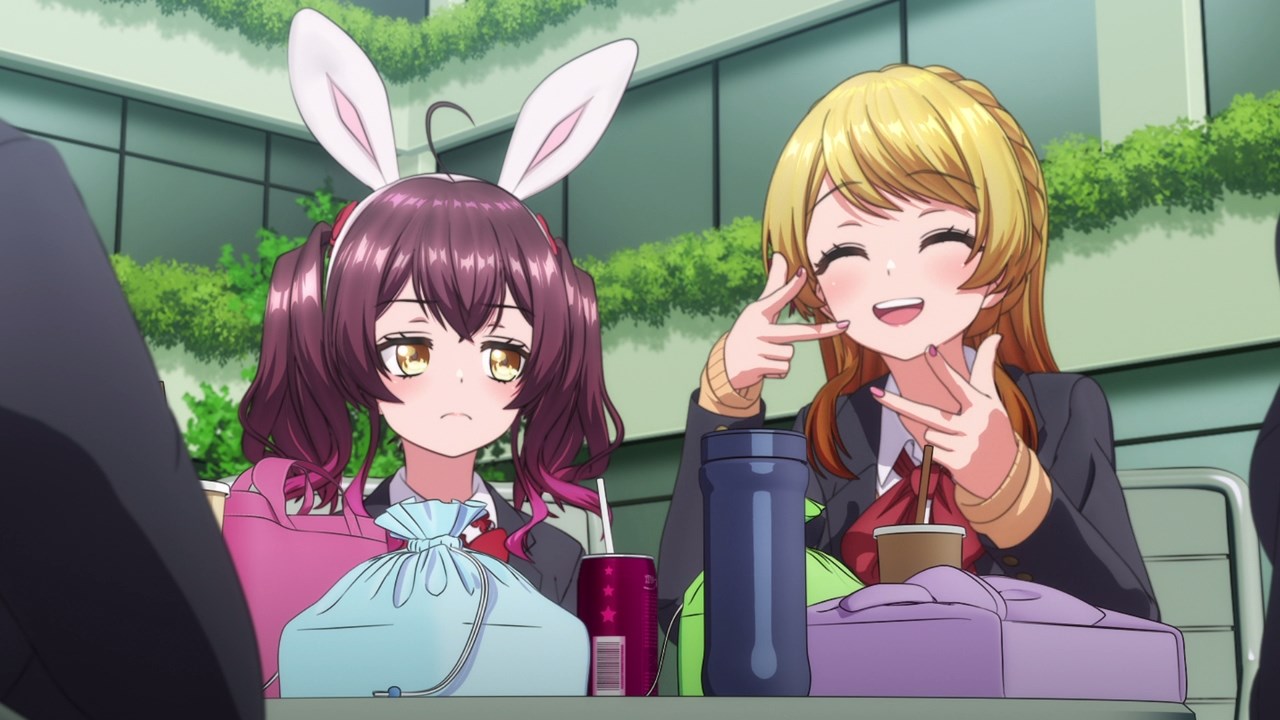 In any case, Rinku Aimoto told her idea for the upcoming Sunset Stage in Yoba Girls’ Academy.

While they made a bold change by having Rei Togetsu sing “Brand New World” in Ep. 10 (which it worked), I’m hoping that adding rap would make their next song better. 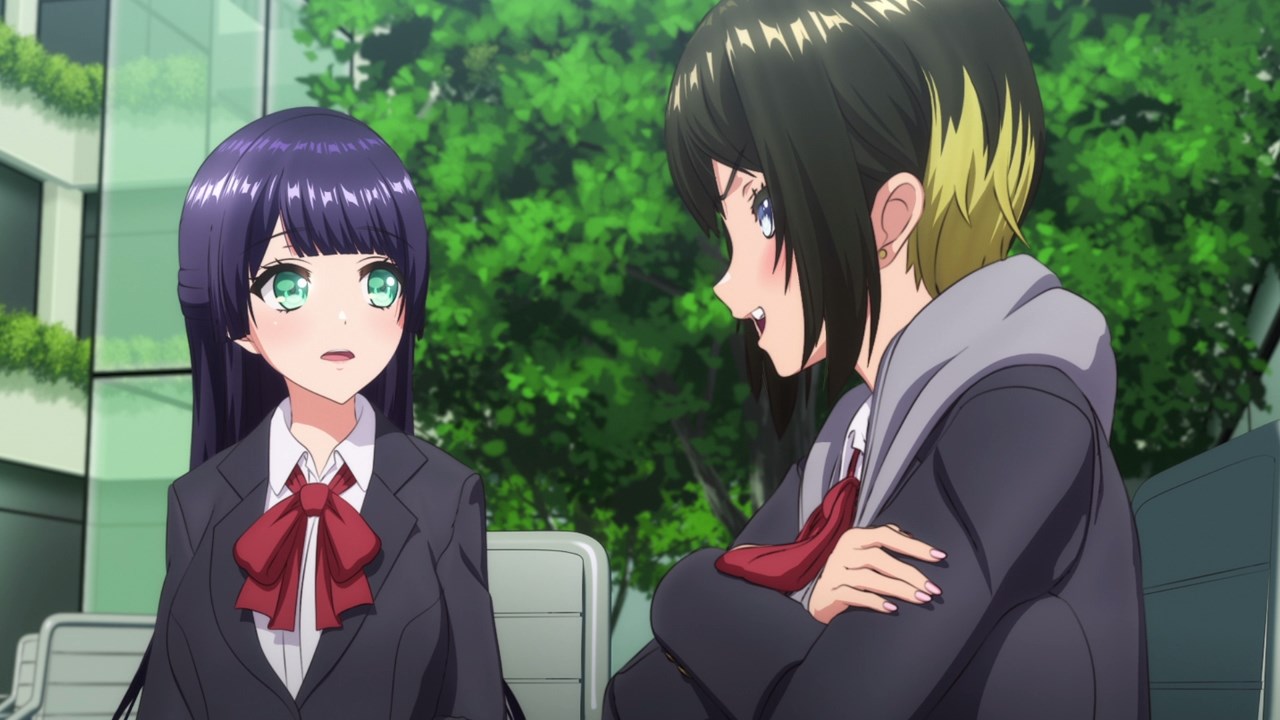 And sure that Maho Akashi will add rap to Happy Around’s new song, the only problem is that Rinku doesn’t know how to rap. Ugh, this ain’t good! 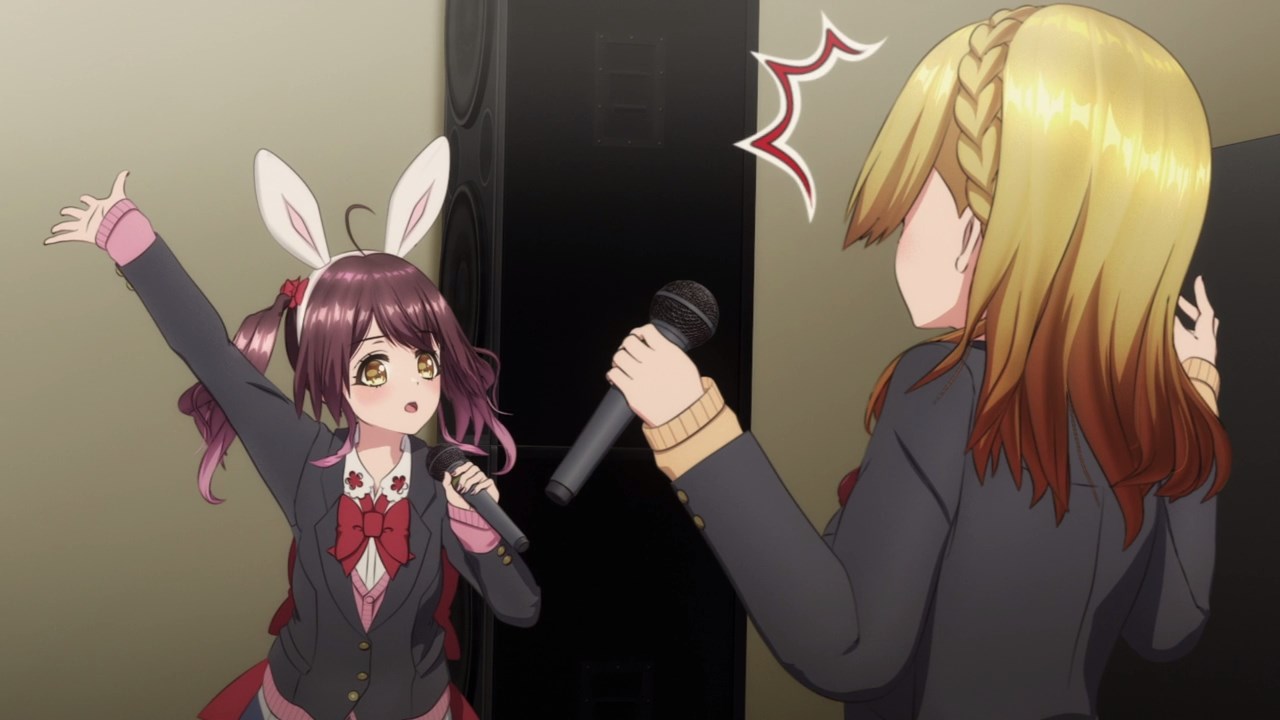 But see how Rinku fares when it comes to rap, although it appears that Muni Ohnaruto is a natural-born rapper in addition to being a visual artist. 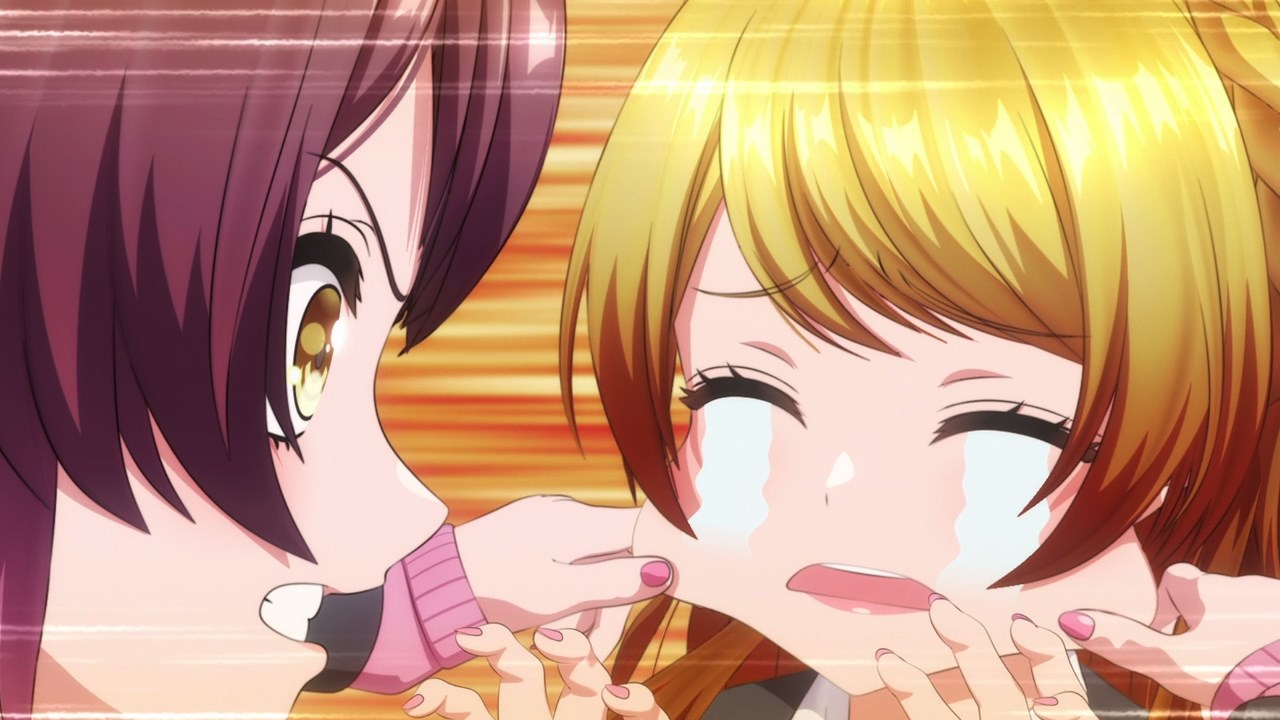 And speaking of Muni-chan, she roasts Rinku for being a noob rapper. Man, I feel that Aimoto will have to get good when it comes to rapping. 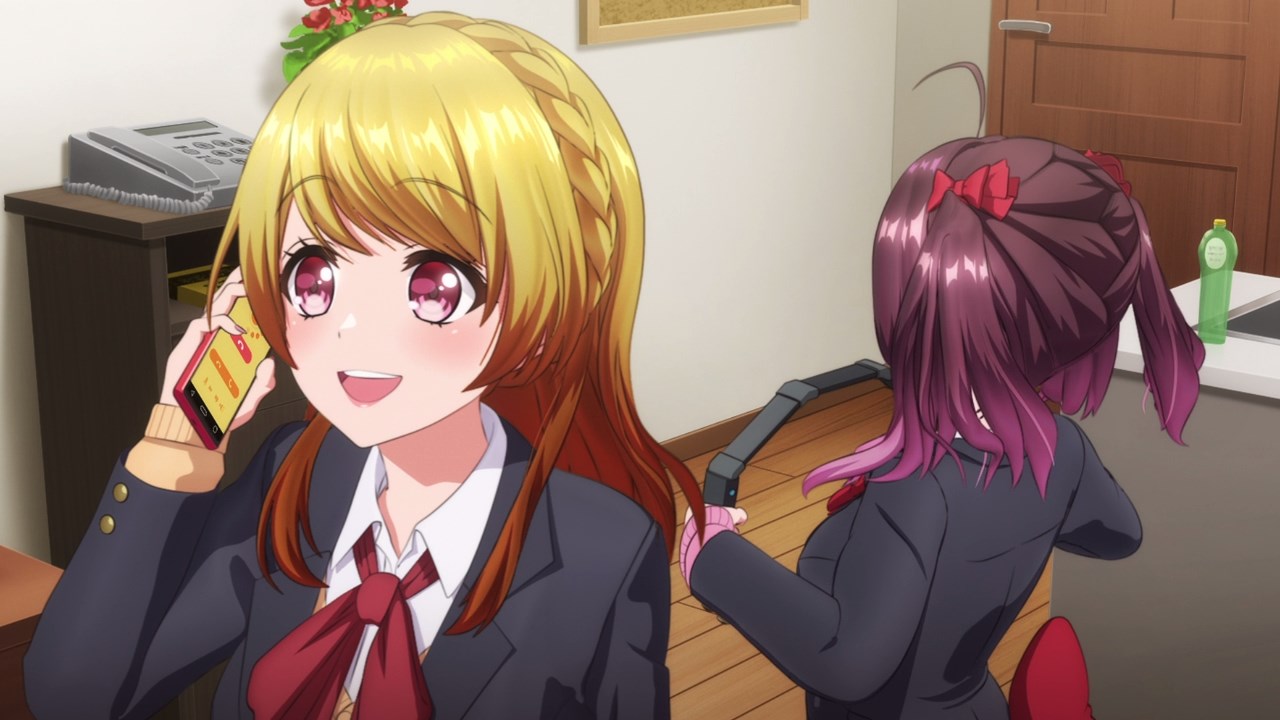 Now let’s move onto the next scene where Rinku Aimoto is currently staying at Muni Ohnaruto’s house, but she got a call from Towa Hanamaki which leaves Muni-chan fighting a boss on her own. 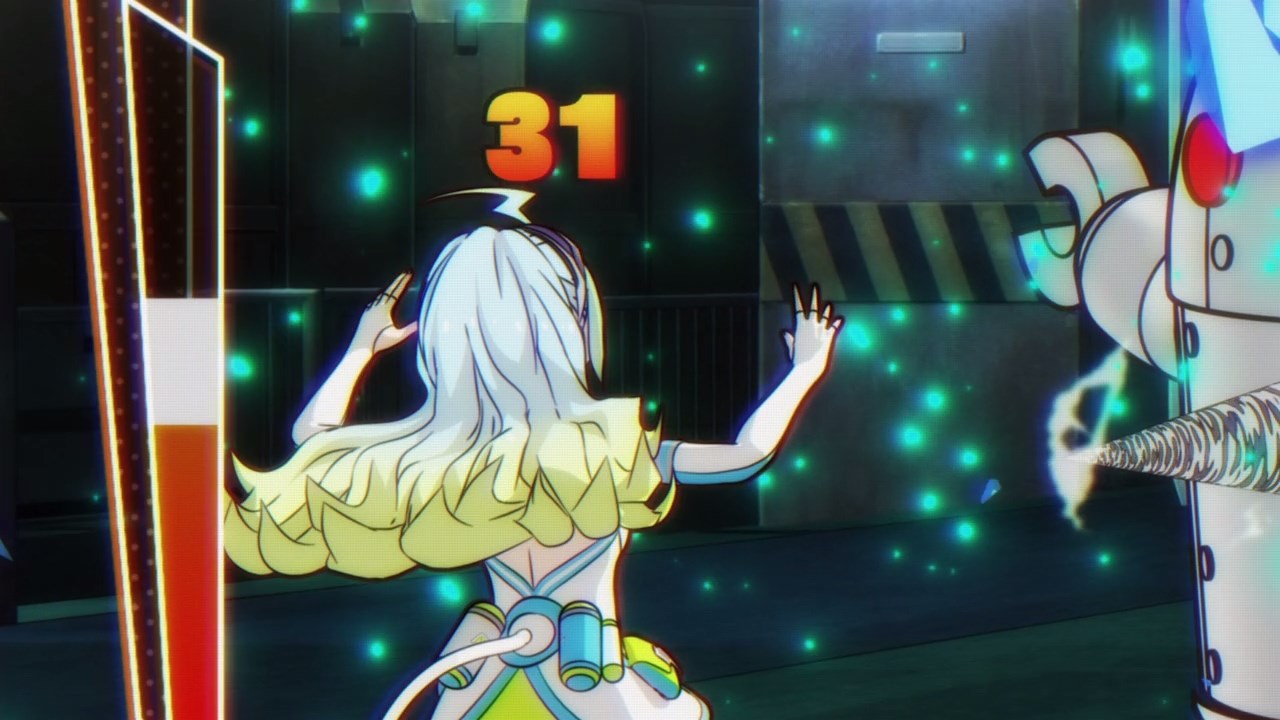 And really, that boss is tough that Muni’s arms couldn’t hold it much longer. Man, Rinku should have told Towa-chan to call her later. 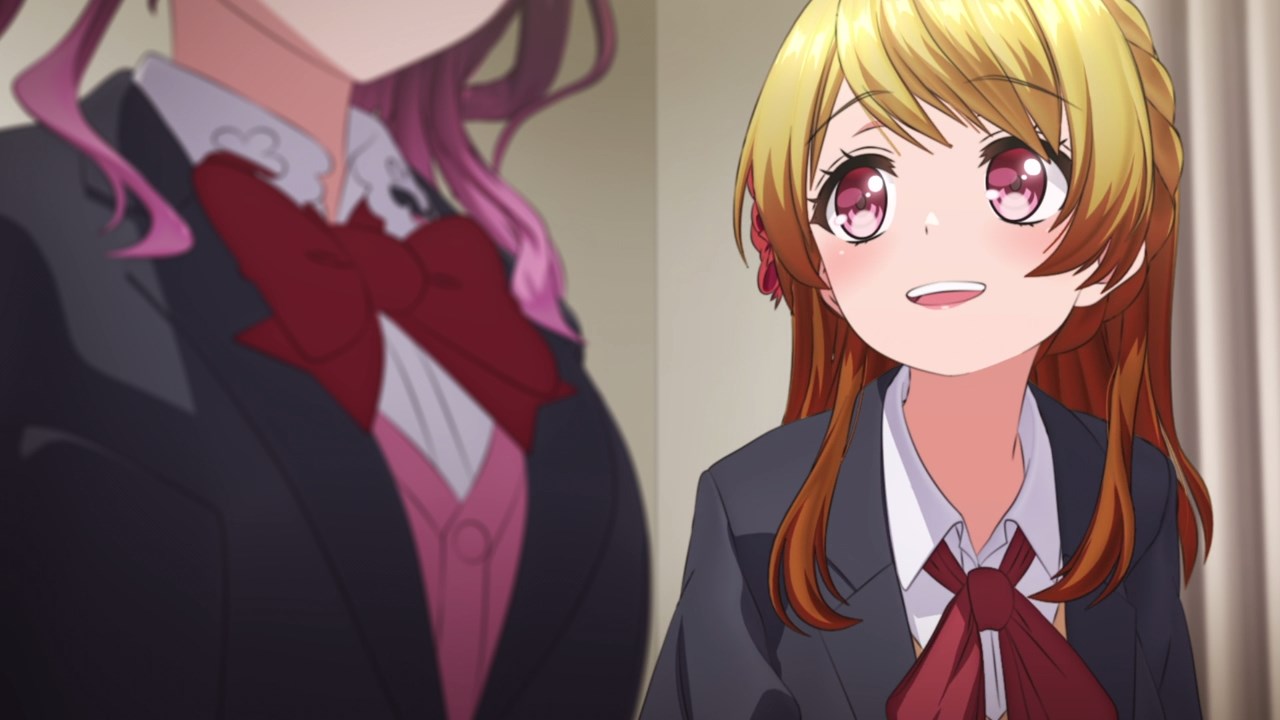 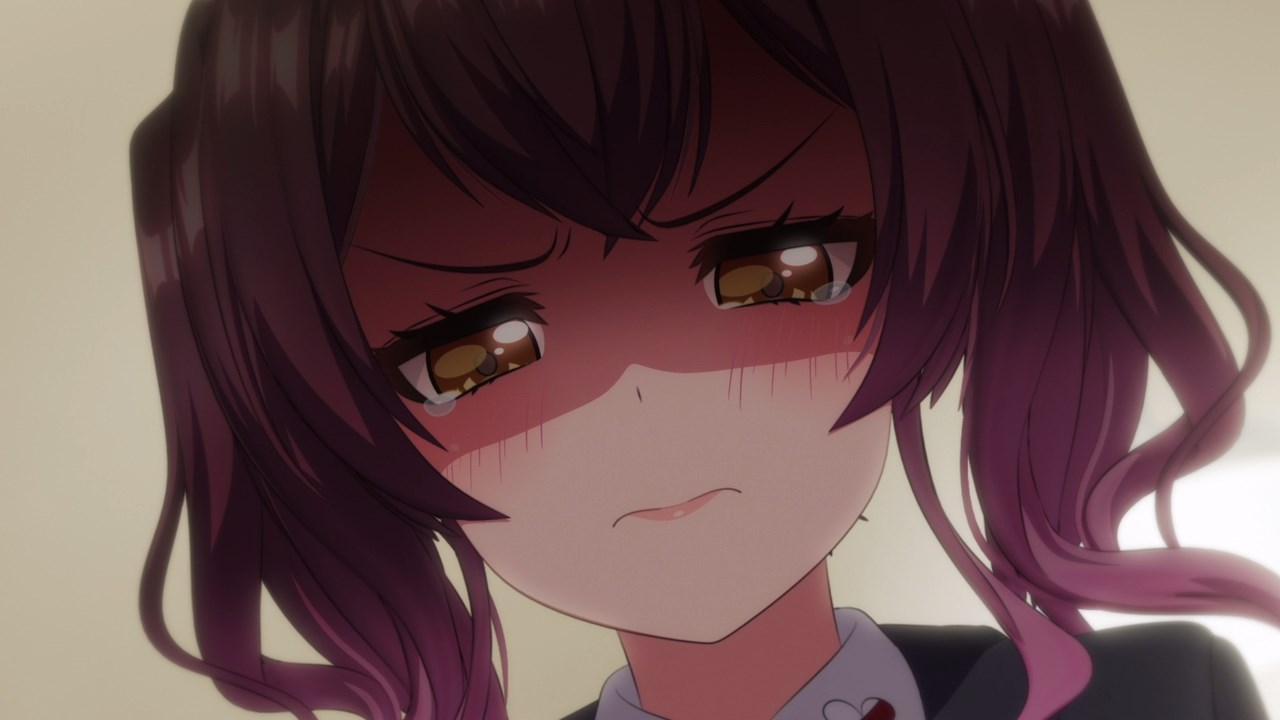 But anyways, looks like Muni Ohnaruto is really upset that Rinku Aimoto abandoned her when she needed the most, like fighting a boss using a fitness controller because Aimoto is stronger than Ohnaruto. 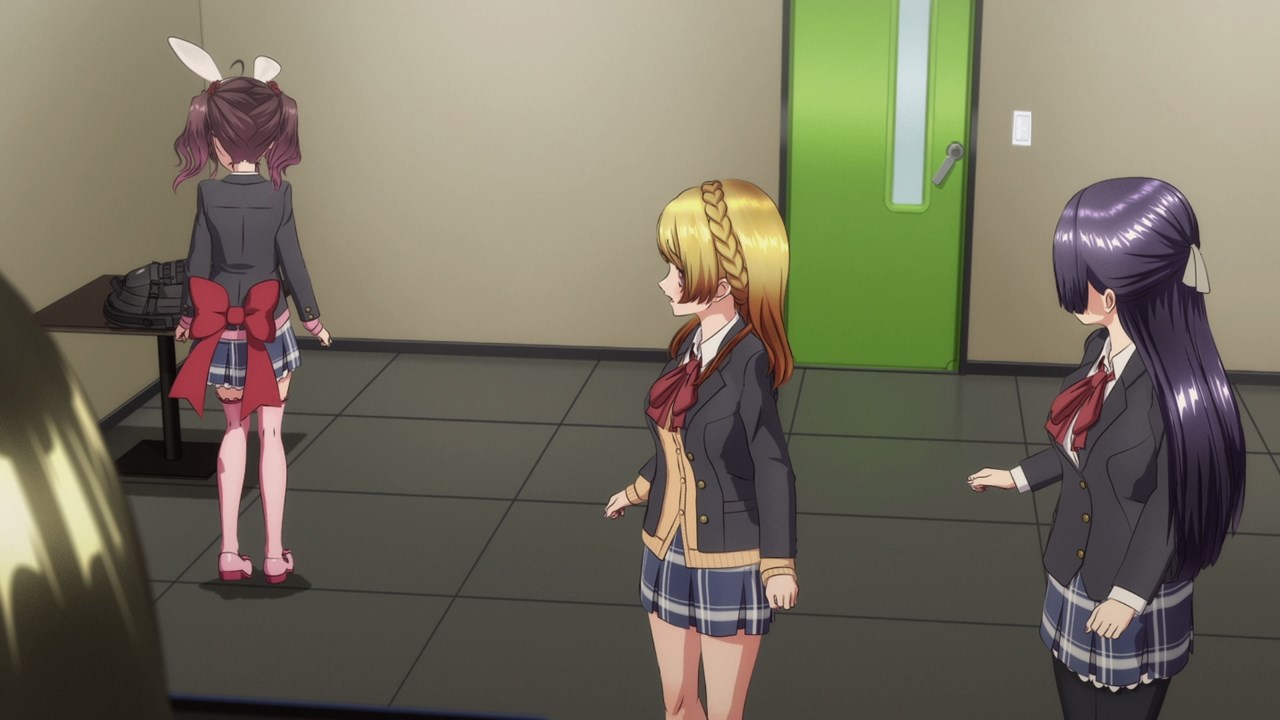 Oh and it gets even worse when Muni-chan left the studio. I guess she’s still upset towards Rinku that I fear that they’ll have problems leading up to the Yoba Festival Sunset Stage. 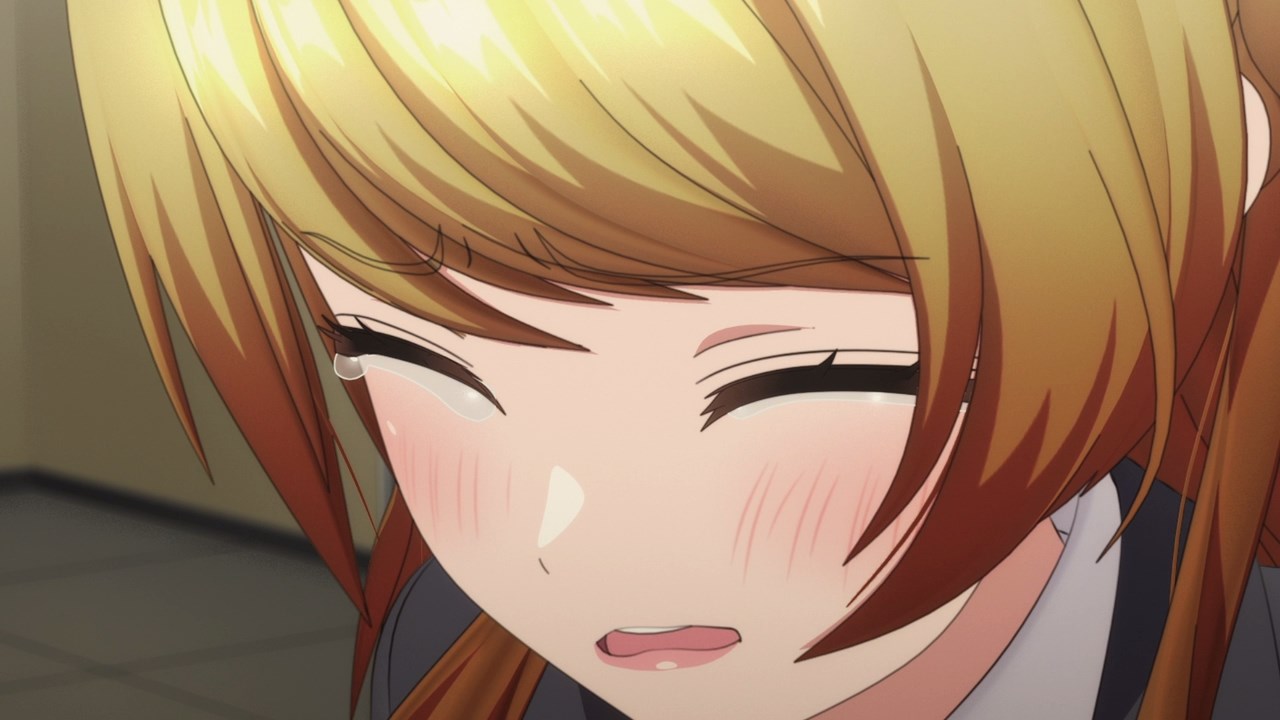 For Rinku Aimoto, it seems that she blamed herself for not noticing her childhood friend, especially when Muni-chan is struggling at something like fitness-based video games. 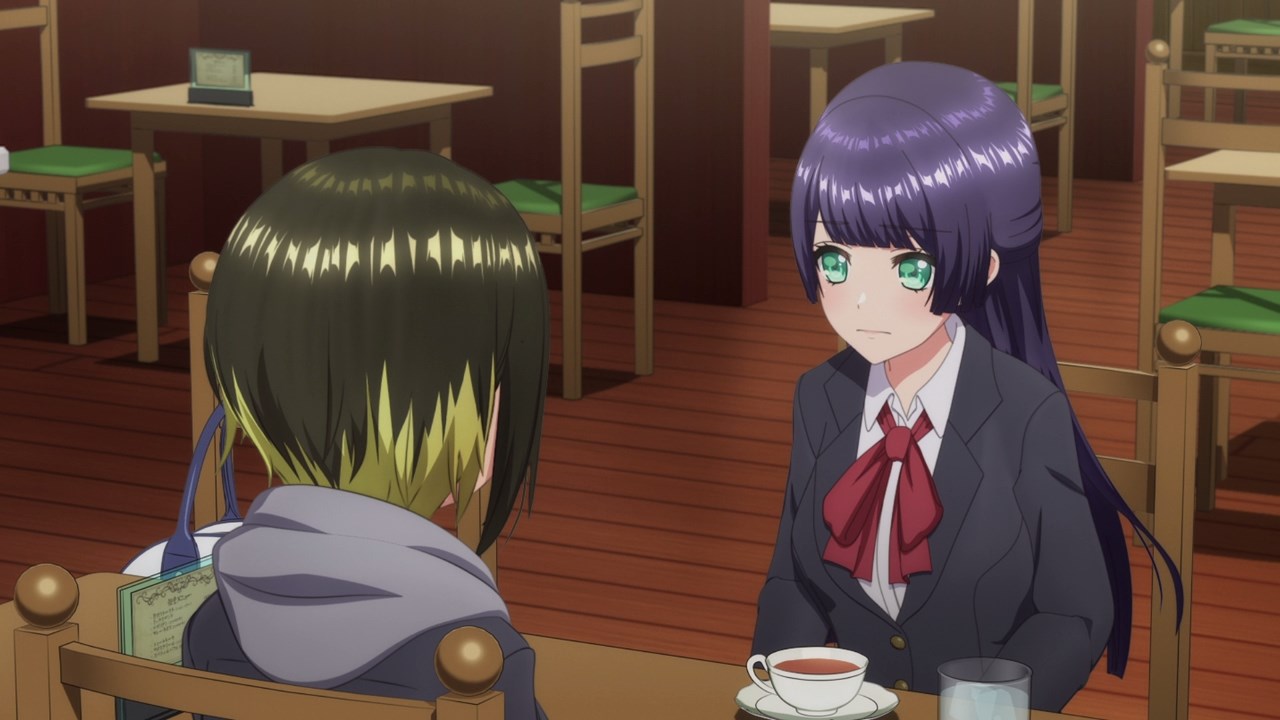 But for Rei Togetsu and Maho Akashi, having Rinku and Muni-chan at odds with each other would be disastrous that they need to do something quickly. 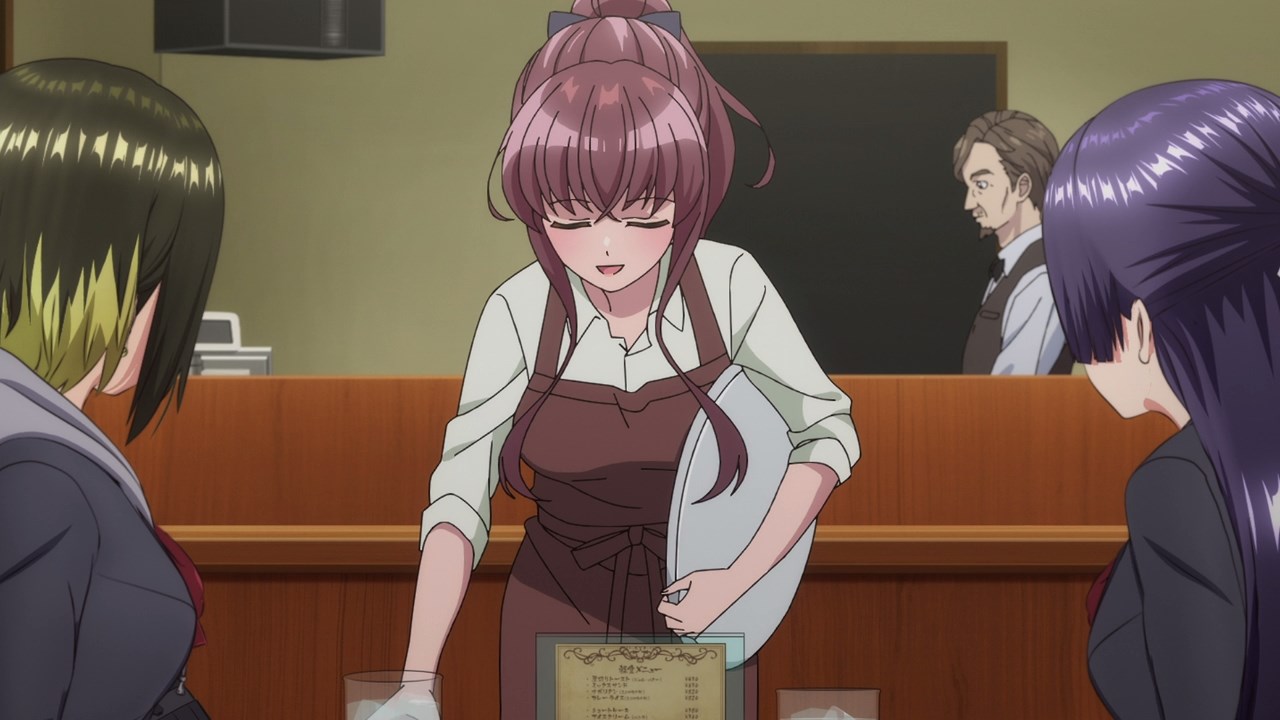 That’s where Airi Amano suggested that both Rinku and Muni-chan should fight. But how? I mean, they can’t just pull hairs and throw punches like in a fight club. 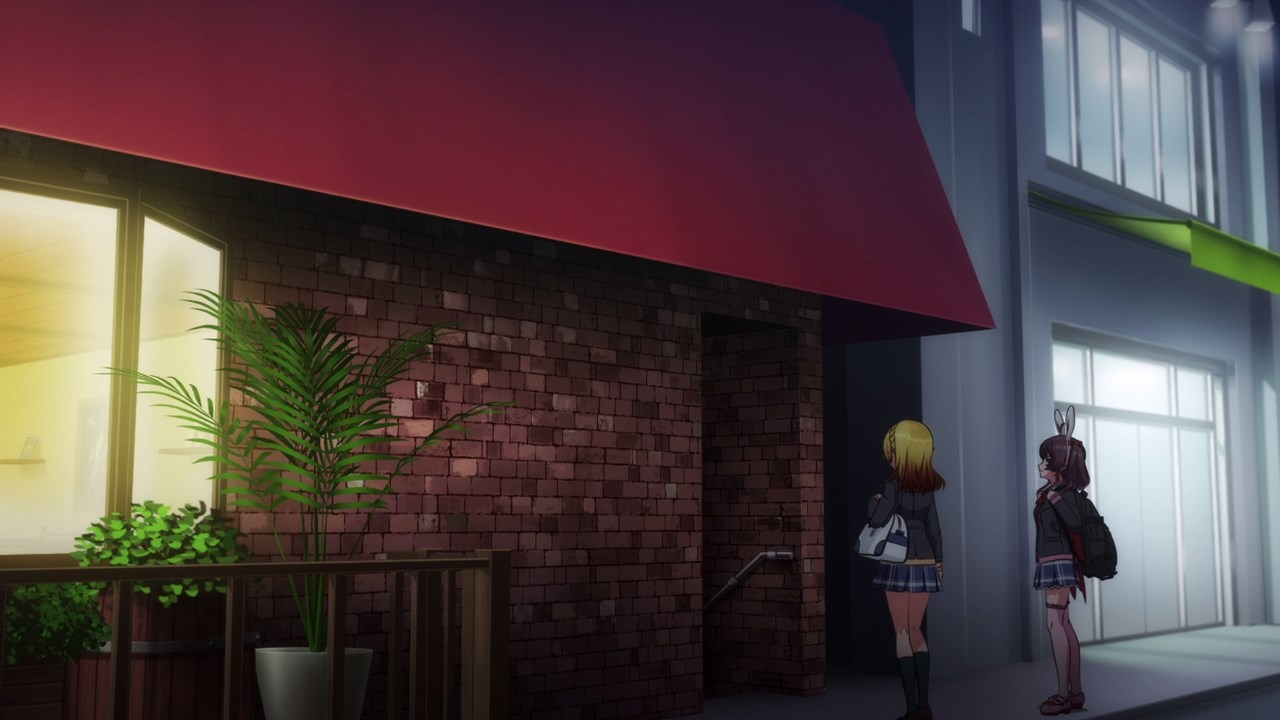 Well then, looks like Rei and Maho invited the two at the studio which is behind Cafe Vinyl. But seriously, are we gonna have a catfight? 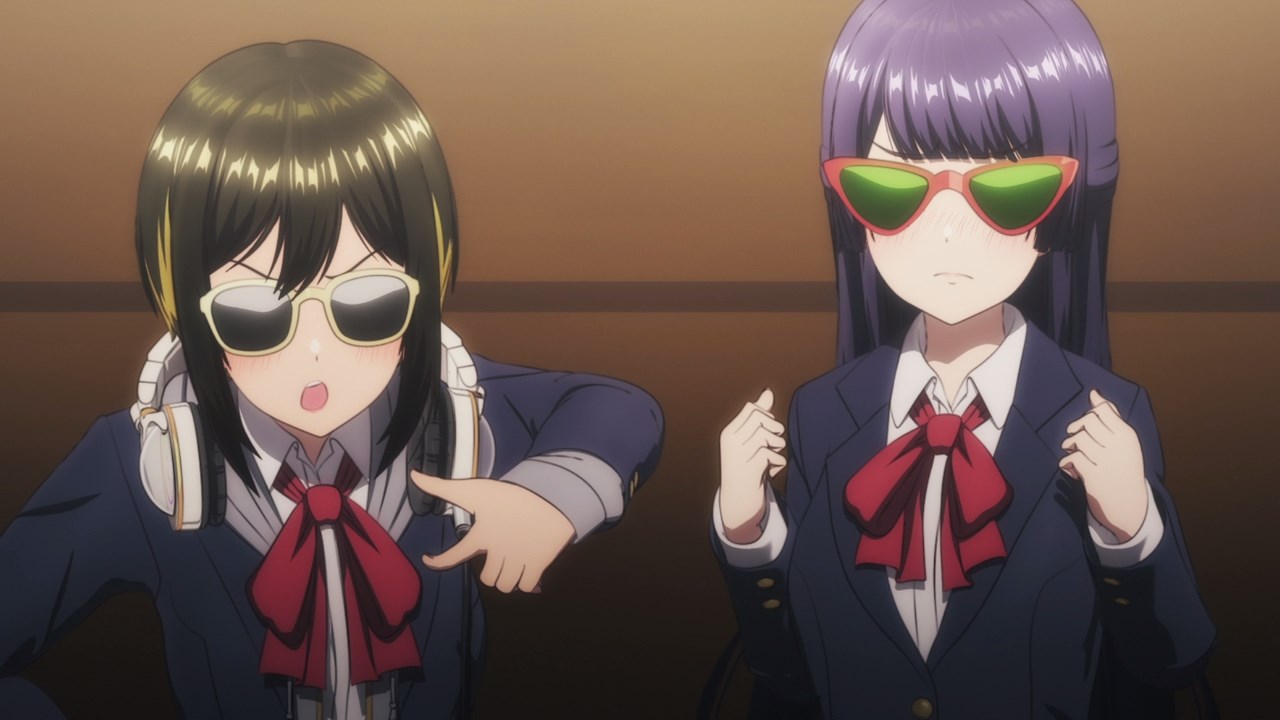 No, turns out that they want Rinku and Muni-chan to engage in a rap battle.

While these two looked silly with their gaudy shades, I’m worried that it’s gonna be a one-sided battle in which Ohnaruto will win it. 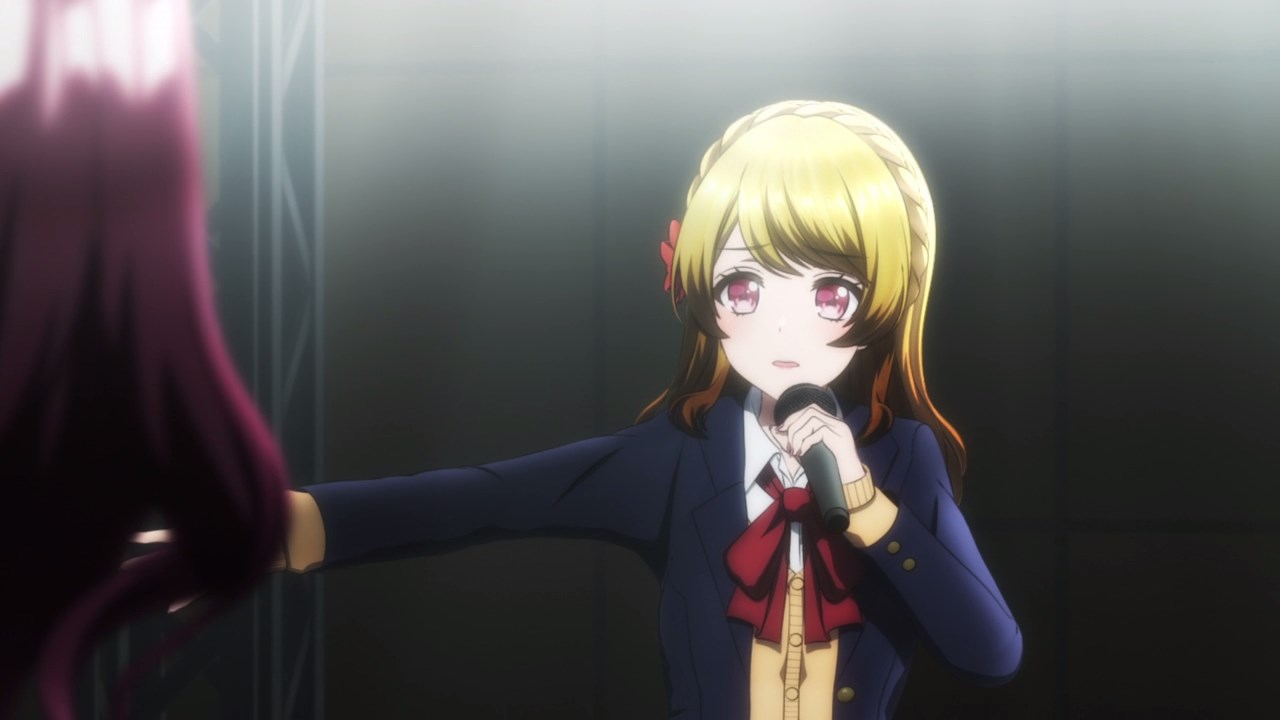 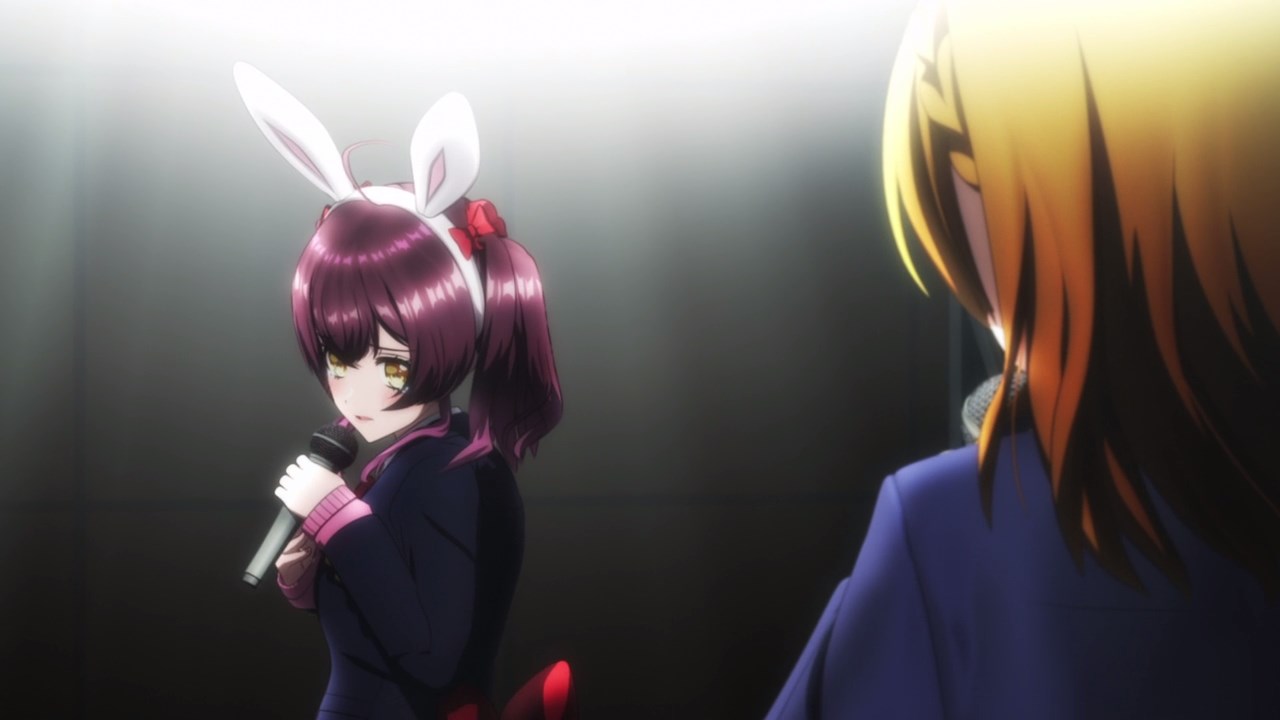 Surprisingly though, both girls are evenly-matched as Rinku can keep it up against Muni-chan. I have to say that putting them in a rap battle is a great idea. 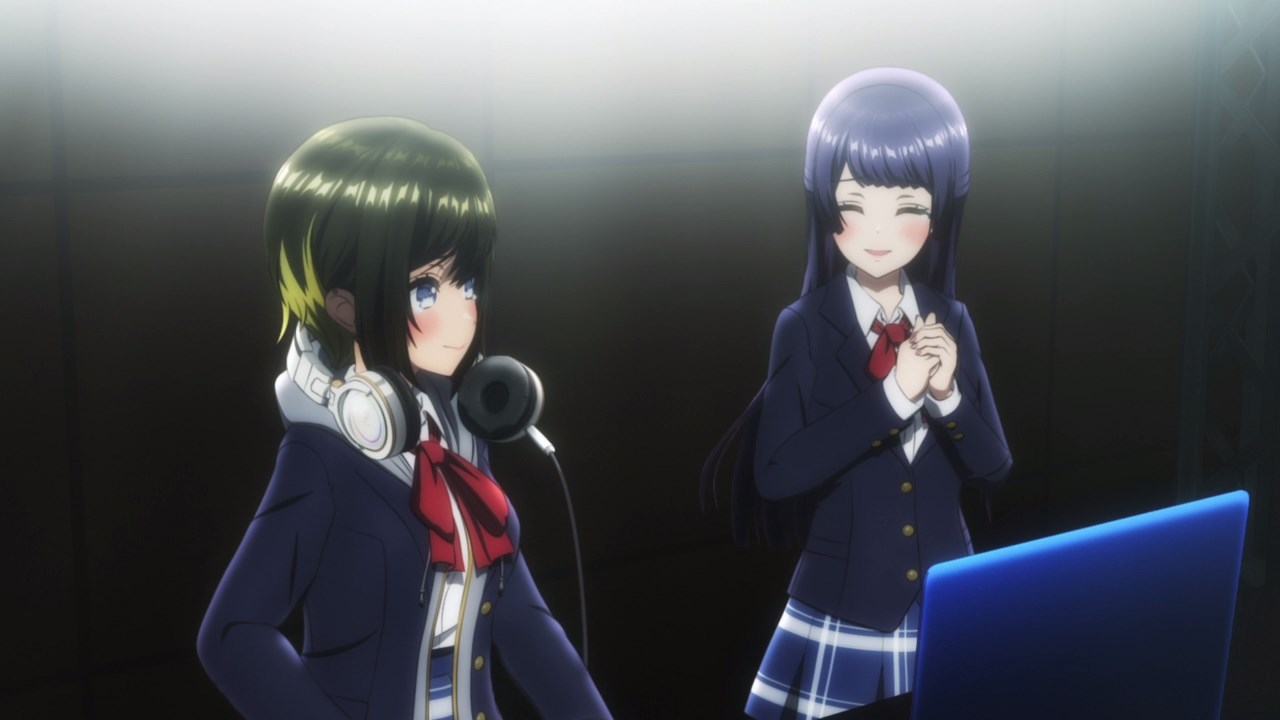 And as for Maho Akashi and Rei Togetsu, it appears they have some idea on making their next song after this rap battle. 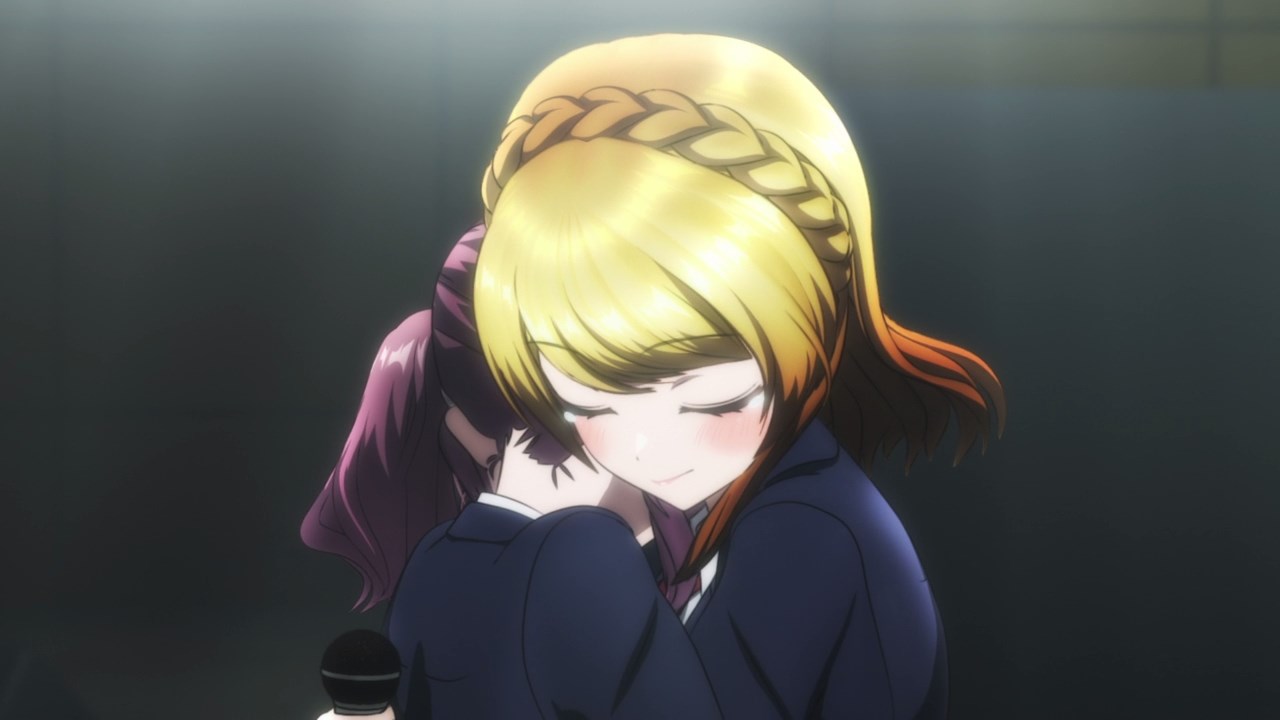 In any case, looks like Muni Ohnaruto and Rinku Aimoto have reconciled at the end of this episode. While it’s nice that they’re friends again, I hope that Happy Around is ready for Sunset Stage.

Unfortunately, there’s one episode left for D4DJ First Mix and I feel that Bushiroad will announce another season of this franchise.