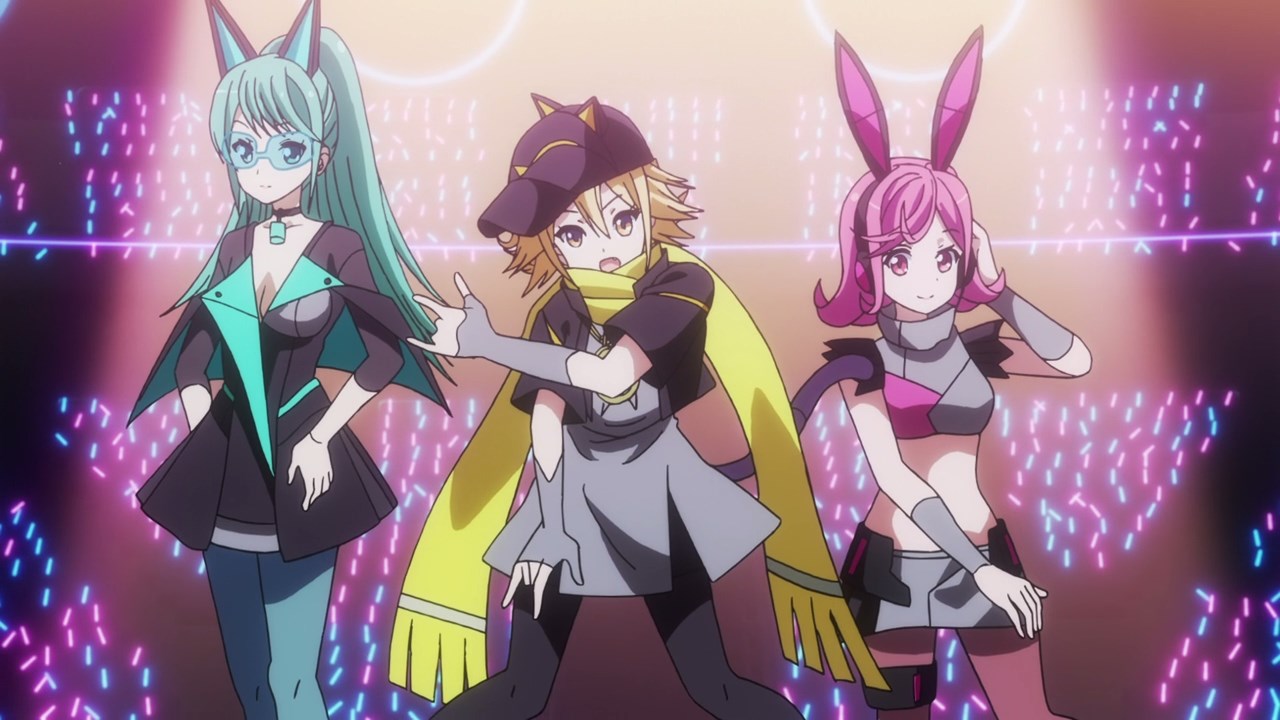 Well everyone, it’s time to meet a new team in WIXOSS Land as Card Jockey will prove to everyone that they can reach the top. Then again, I feel that they look like D4DJ rejects. 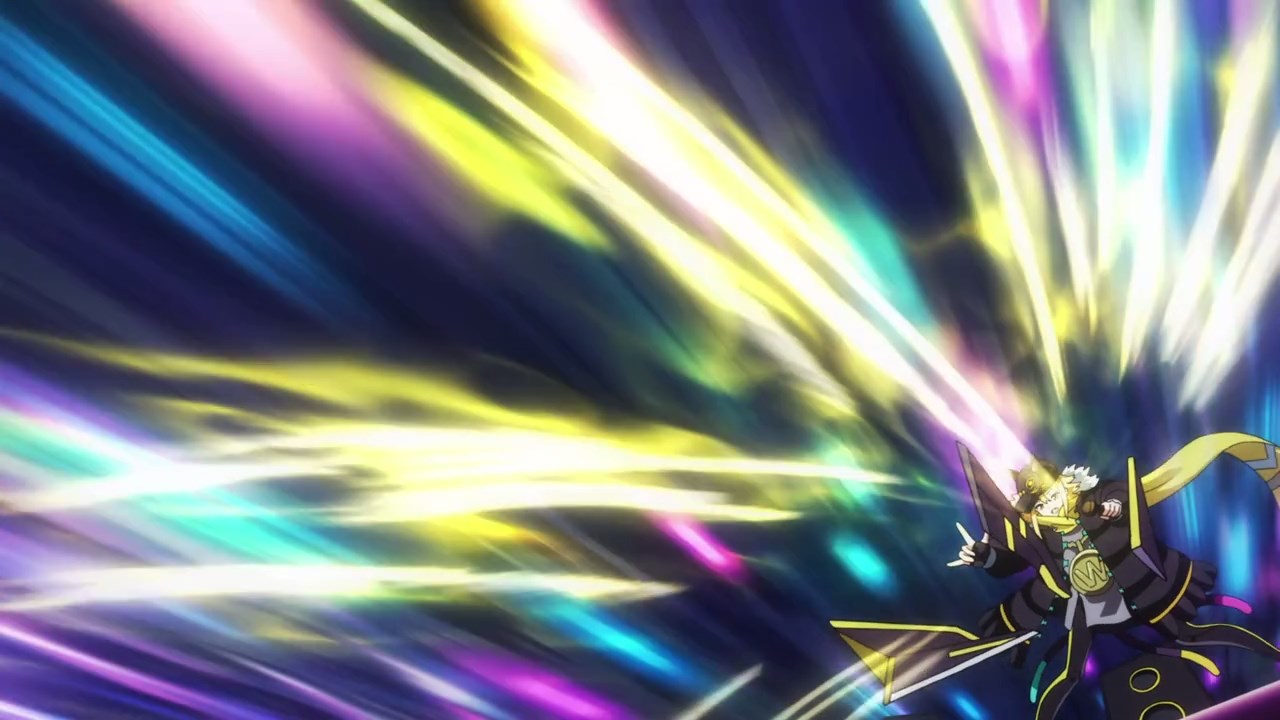 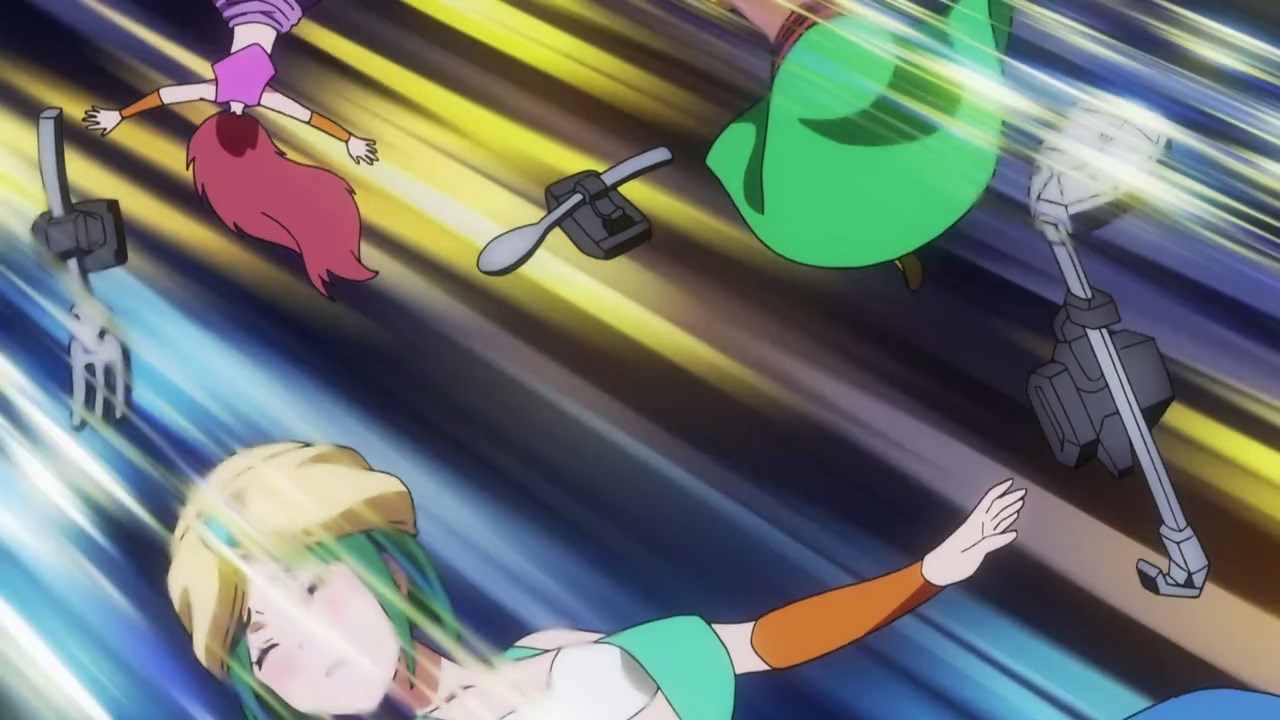 But as you can see, MC Lion and her crew easily destroy this team with minimal effort.

In any case, Card Jockey will be the next opponent for the newly-formed No Limit as MC Lion and her teammates are aiming to move up to B Class. 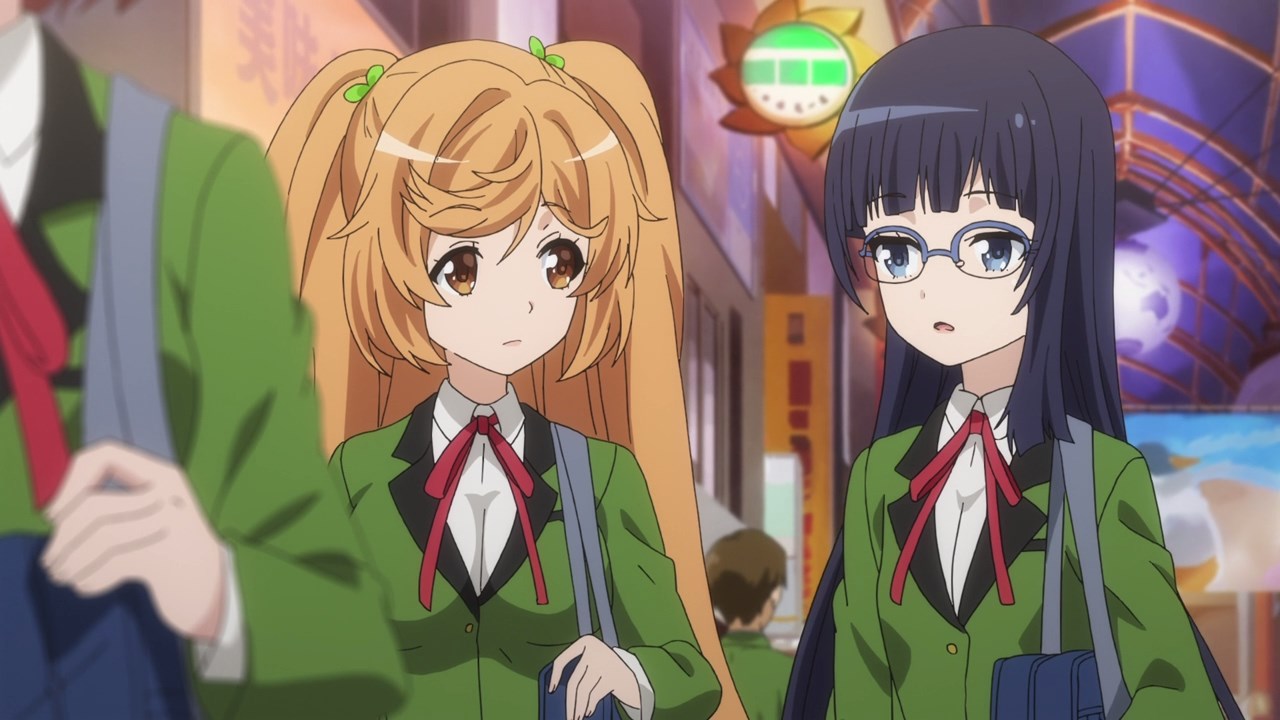 Of course, Rei Sakigake and Akino Onko will have to come up a strategy on tackling Card Jockey. Oh, and they need to take care of their studies ’cause exams are coming up. 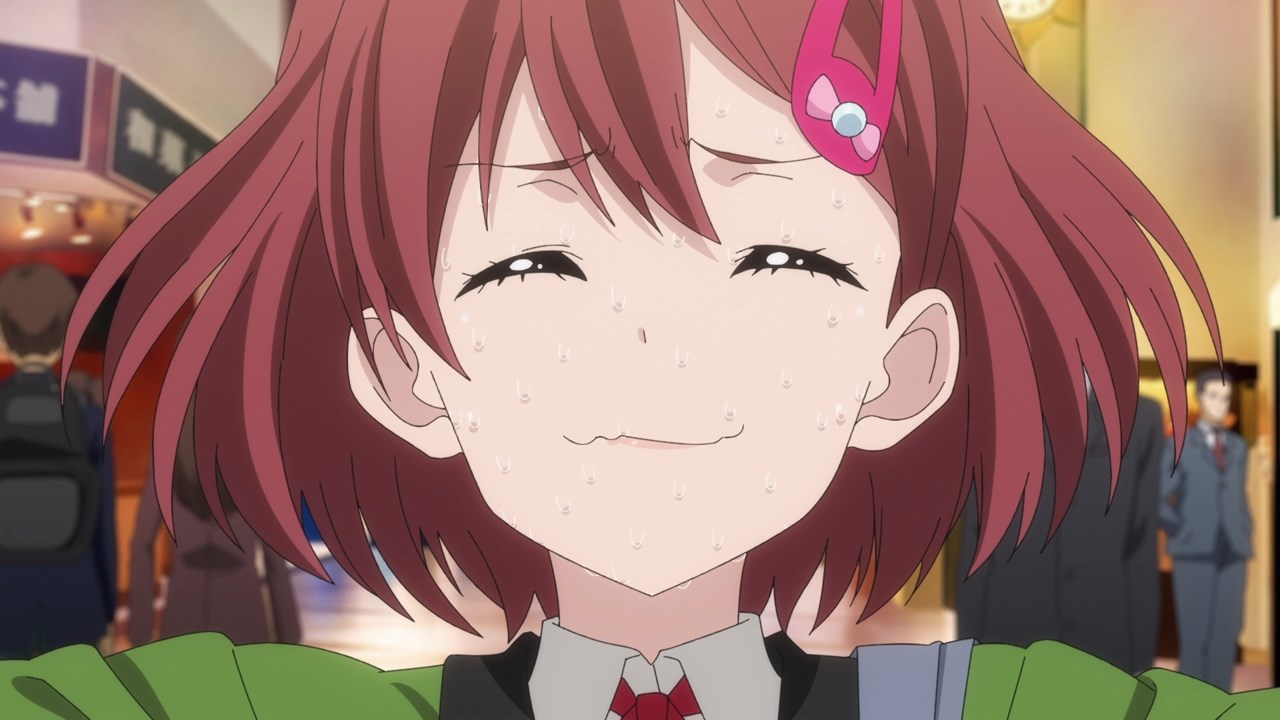 Speaking of studies, looks like Hirana Asu is getting a bit nervous upon hearing exams. Wait, don’t tell me that she flunked at the exams? 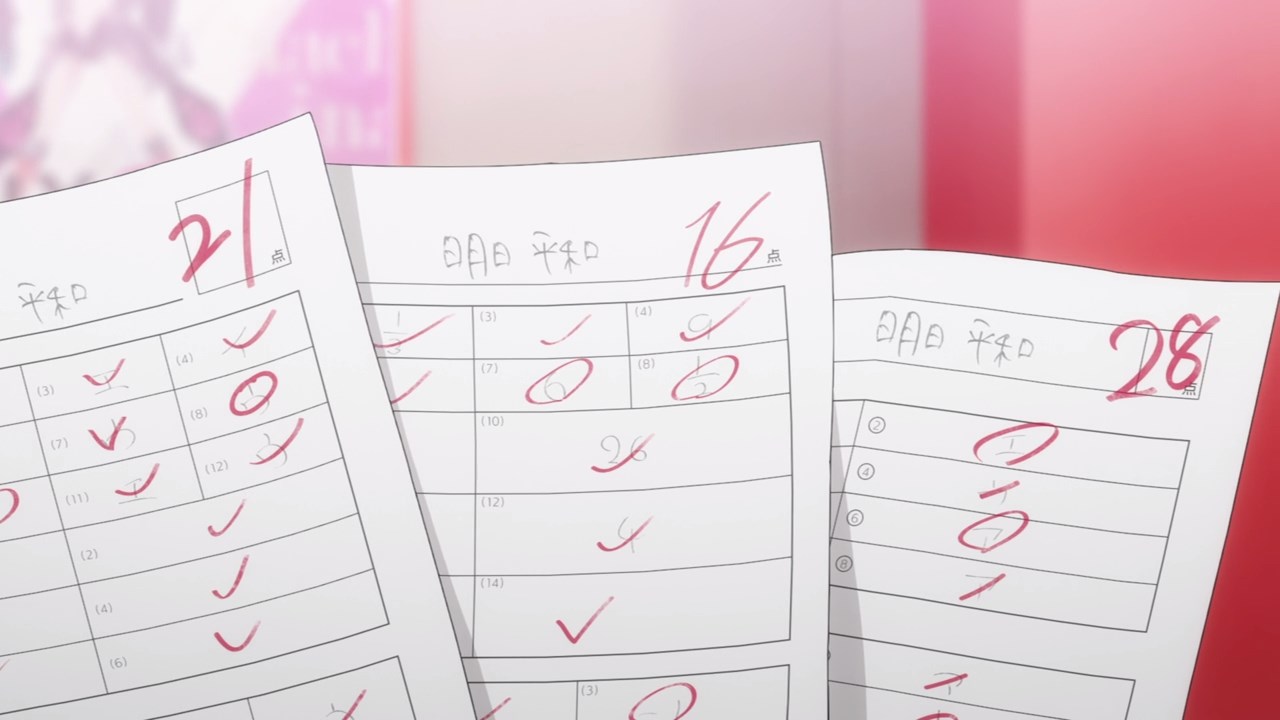 Oh shit, looks like Hirana did flunked the exams as she failed to reach the passing mark. Man, she’s very hopeless. 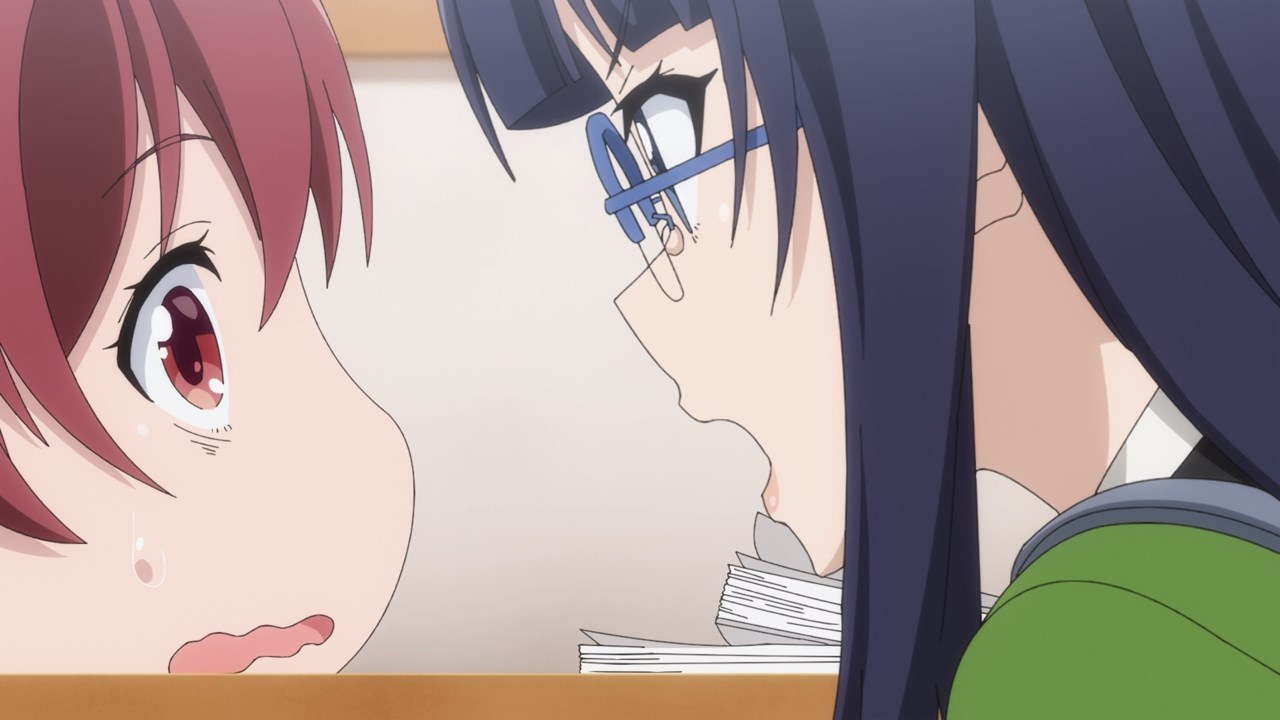 Of course, Rei Sakigake won’t let Hirana Asu fail in the upcoming make-up exam as Rei will make Hirana study hard until she can remember it. As expected from Absolute Rei! 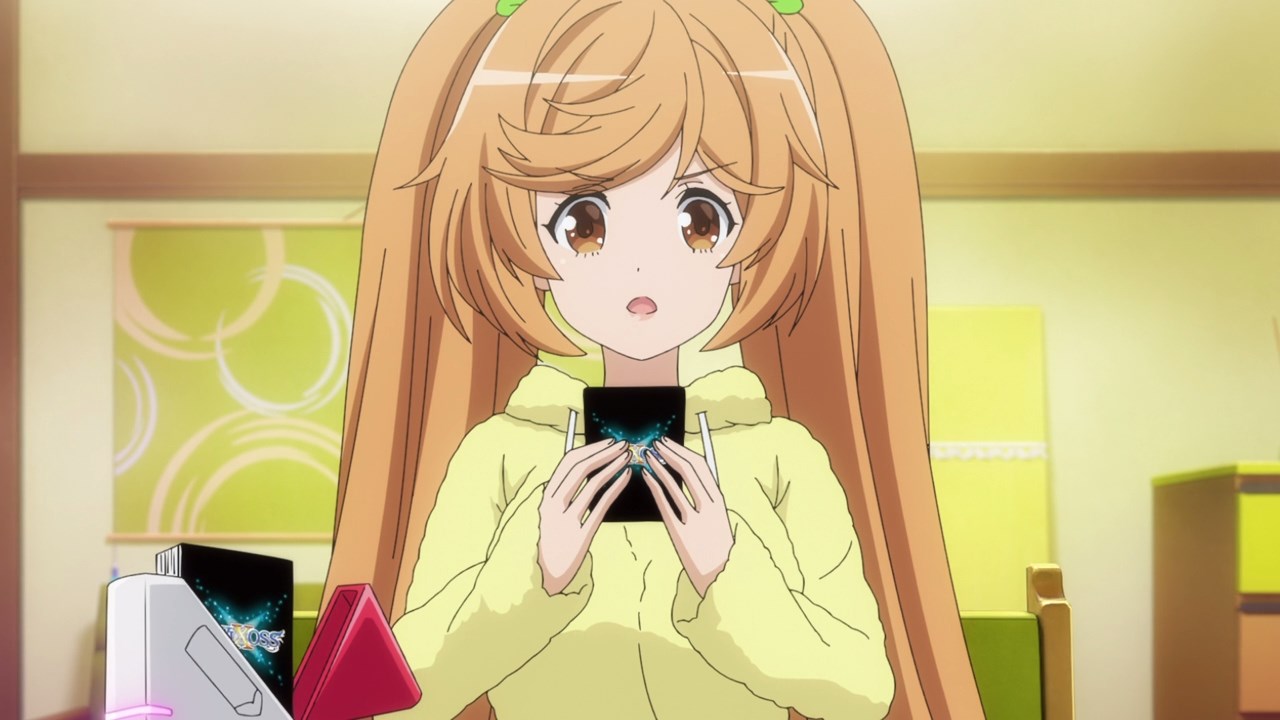 Meanwhile, Akino Onko will have to build a deck for the upcoming Diva Battle against Card Jockey. Unfortunately, none of these cards might not be useful against their next opponent. 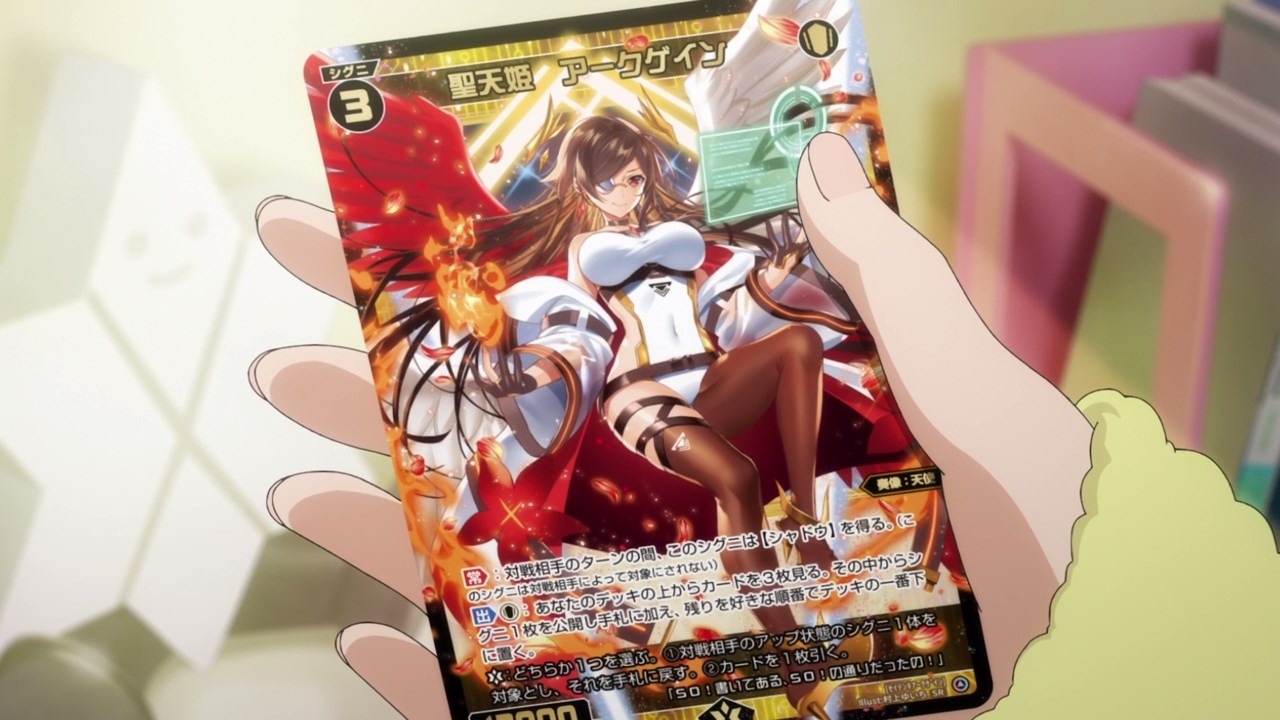 That’s until Akino stumbled upon a SIGNI card named Holy Angel Princess Arcgain she’s very sentimental over it as Hirana made friends with her because of that card.

However, while Holy Angel Princess Arcgain can let a player draw a card from his/her deck plus having resistance to removal, it’s not suitable for Hirana’s offensive playstyle. Then again, I feel that Hirana might secretly add it to the deck. 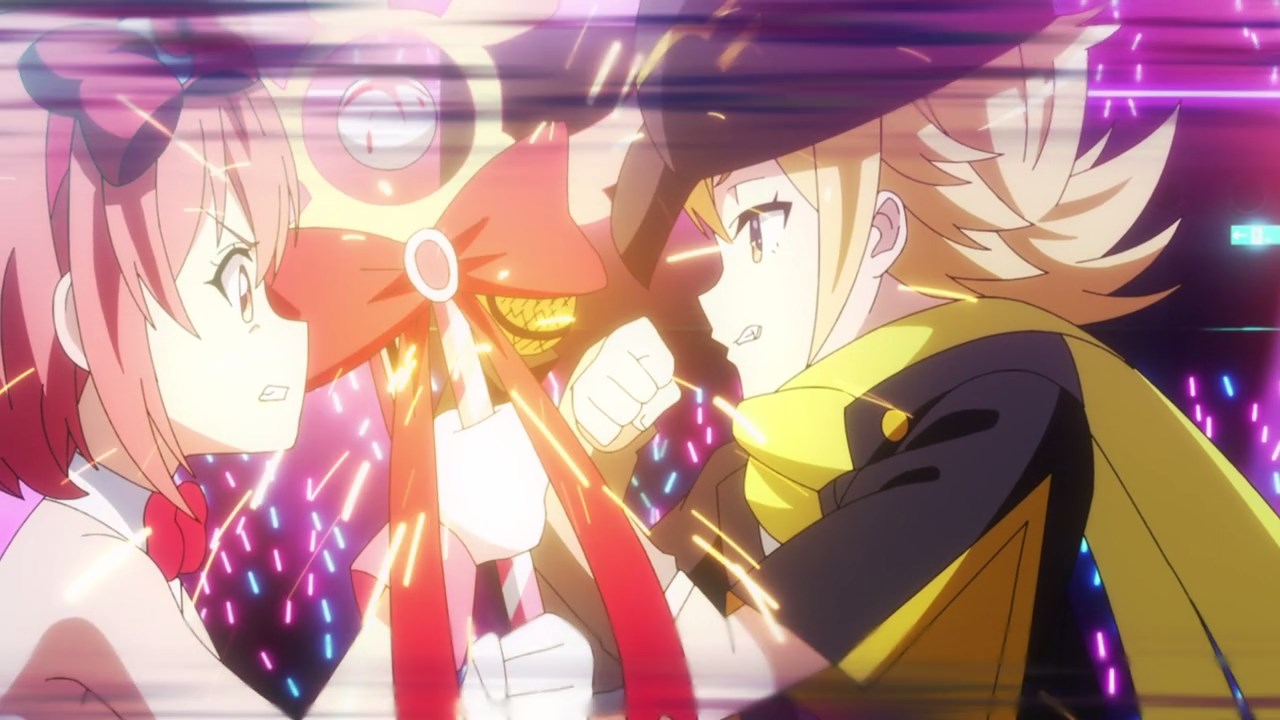 Now then, it’s time for the Diva Battle between No Limit and Card Jockey as they’re evenly-matched. 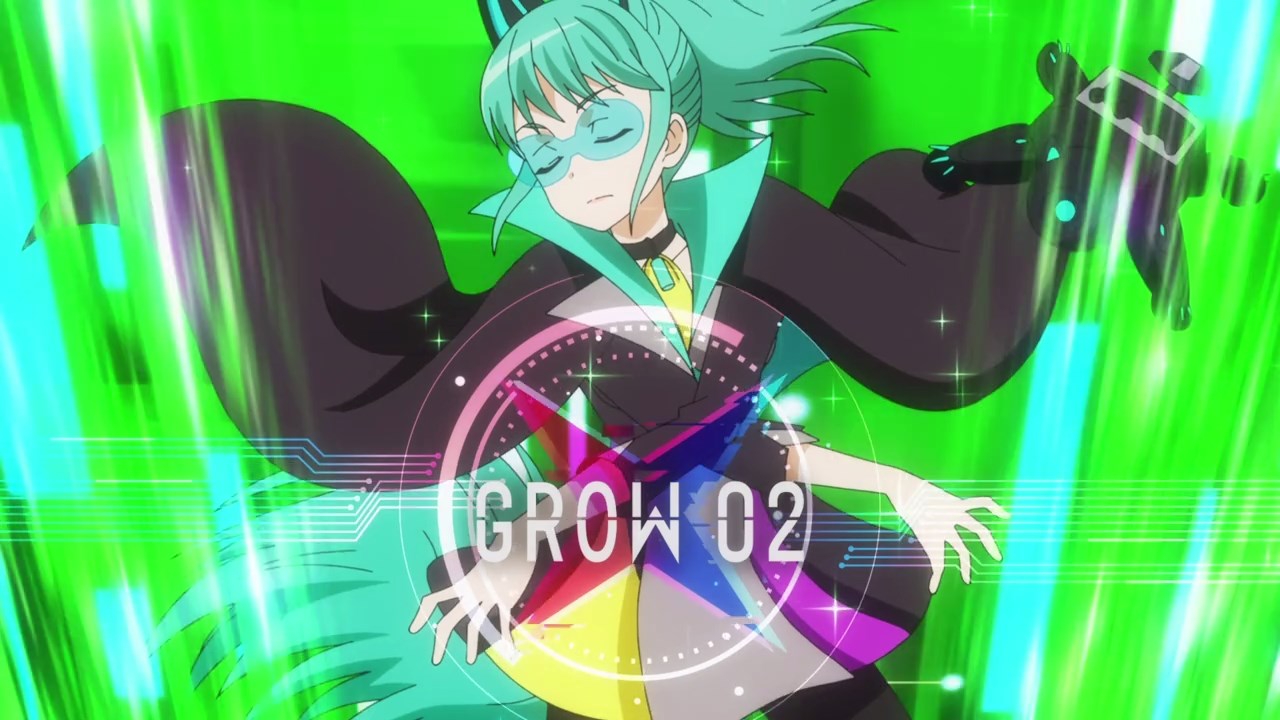 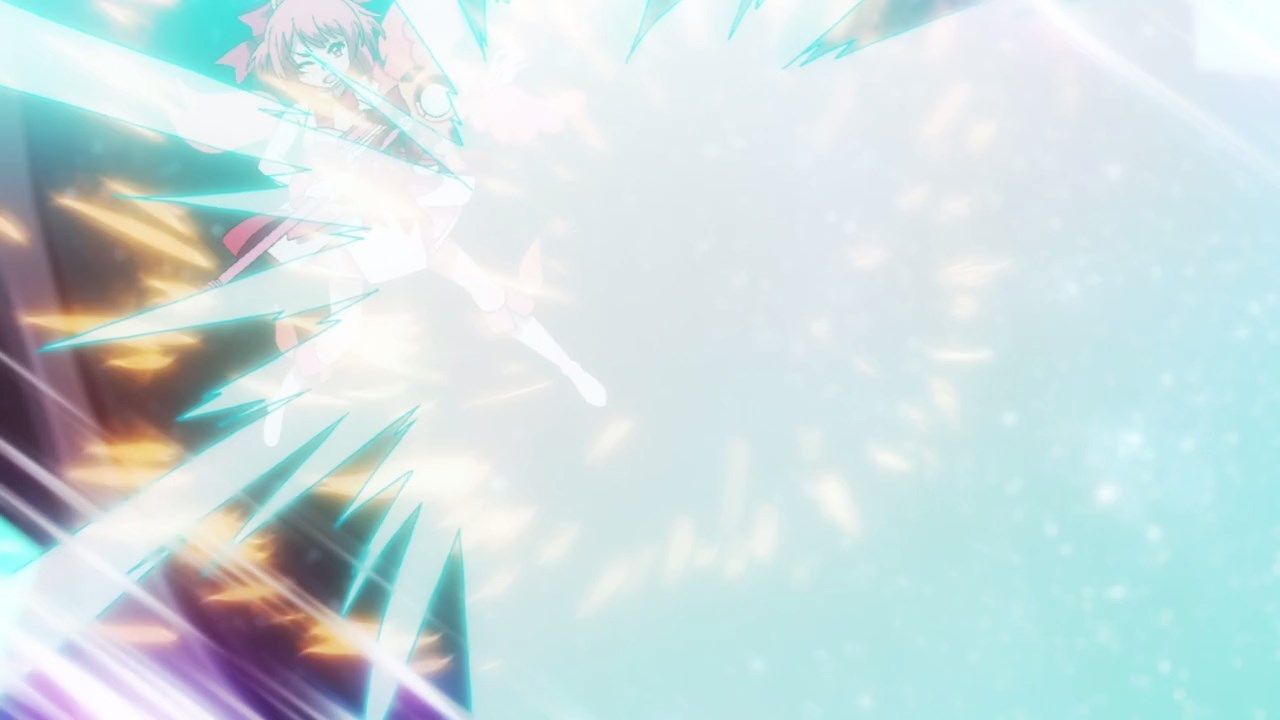 That’s until VJ Wolf grows stronger and summons a trap card in which Hirana is caught by it. This is not good for No Limit. 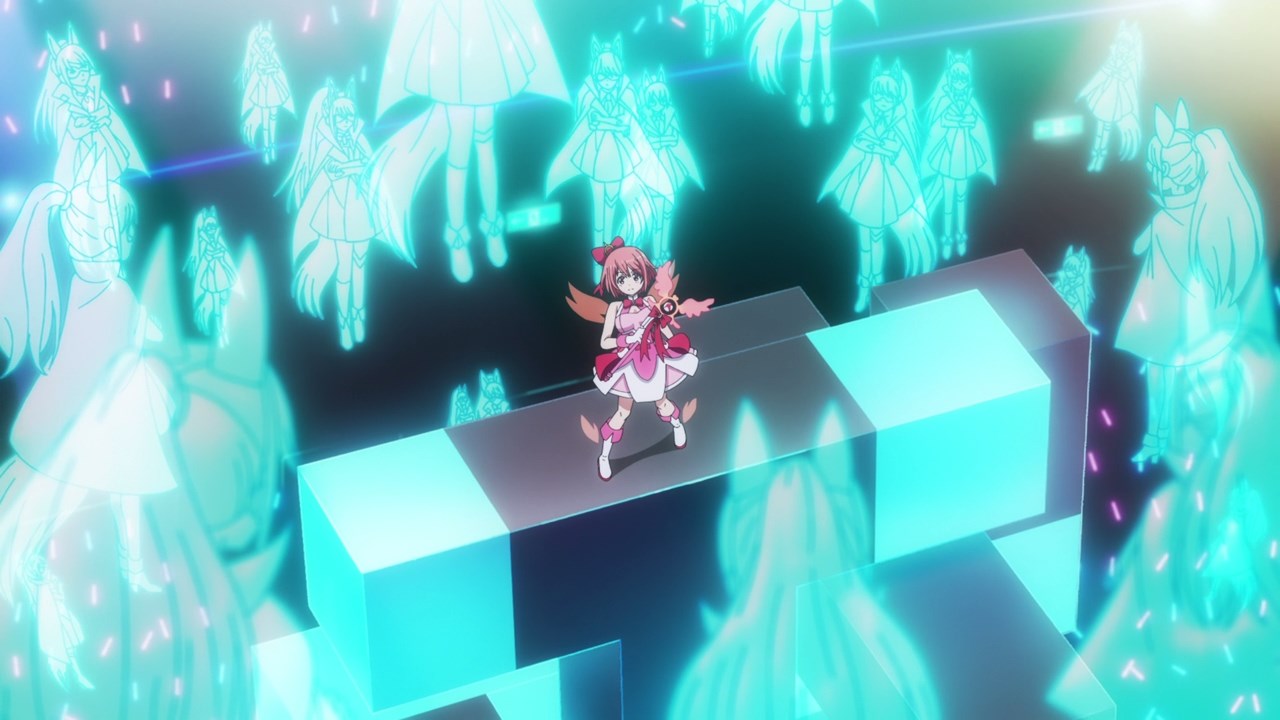 And seriously, this is a nasty move by VJ Wolf where Hirana can’t land a blow against her illusionary clones. 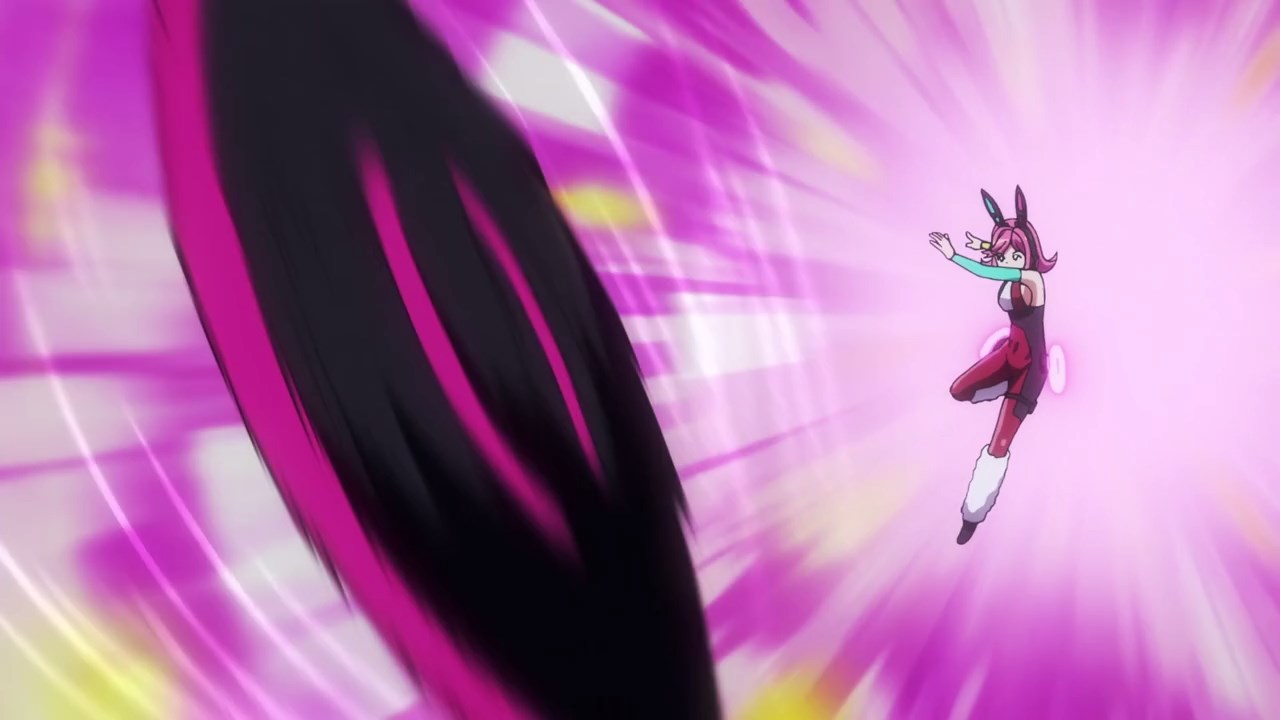 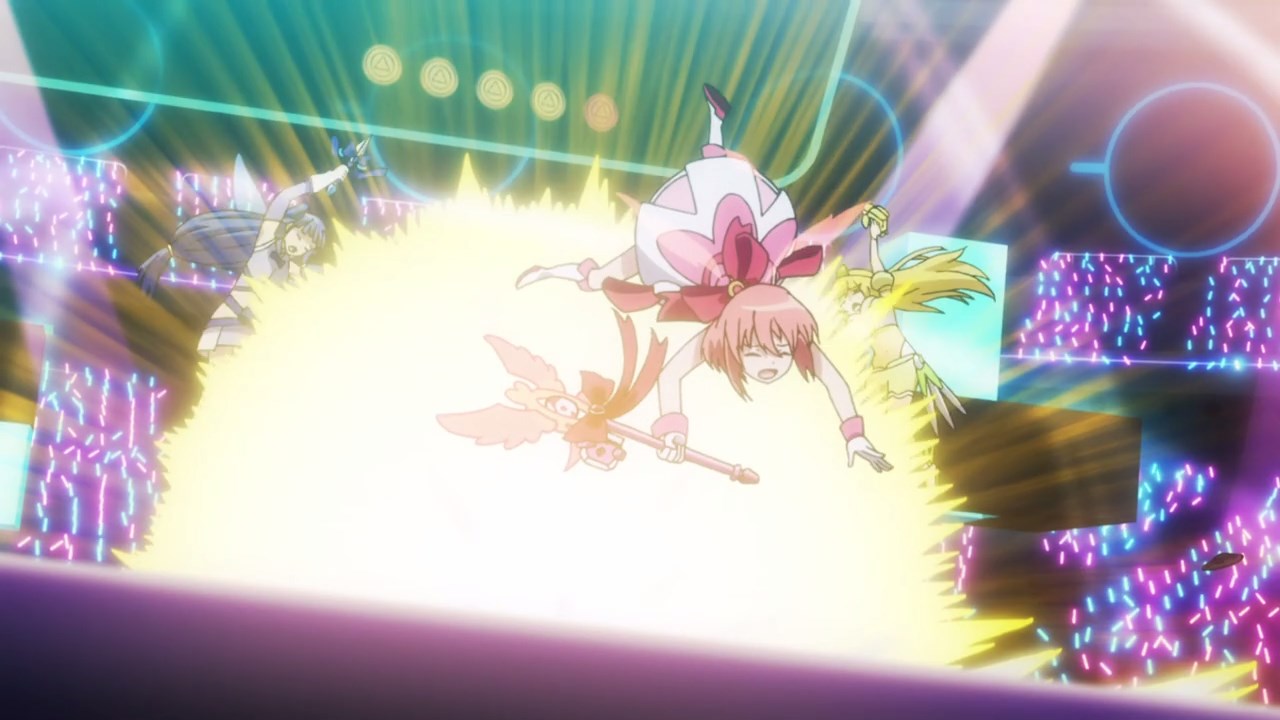 But this gives DJ Lovit an opportunity to land a devastating blow as No Limit is down to just a single Piece. Man, I’m scared of what’s gonna happen to them. 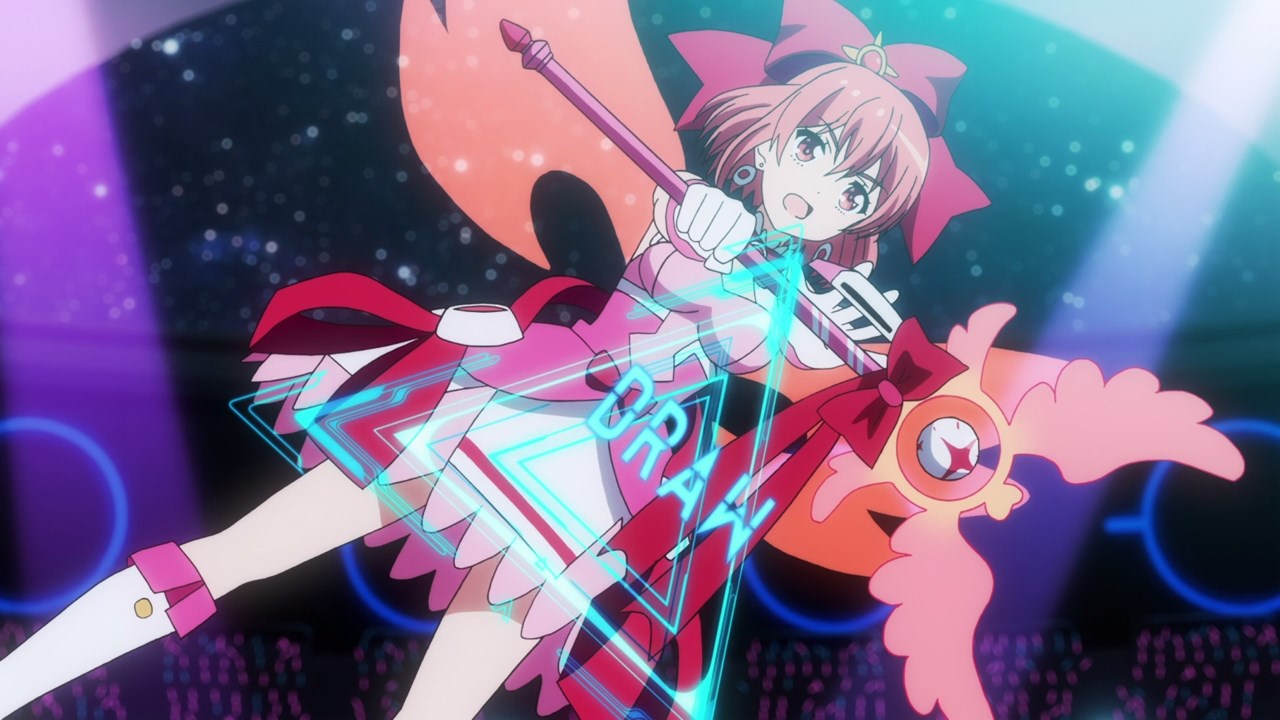 Of course, Hirana doesn’t give up because c’mon, she believes that her team can overcome this deficit as Hirana draws a card… 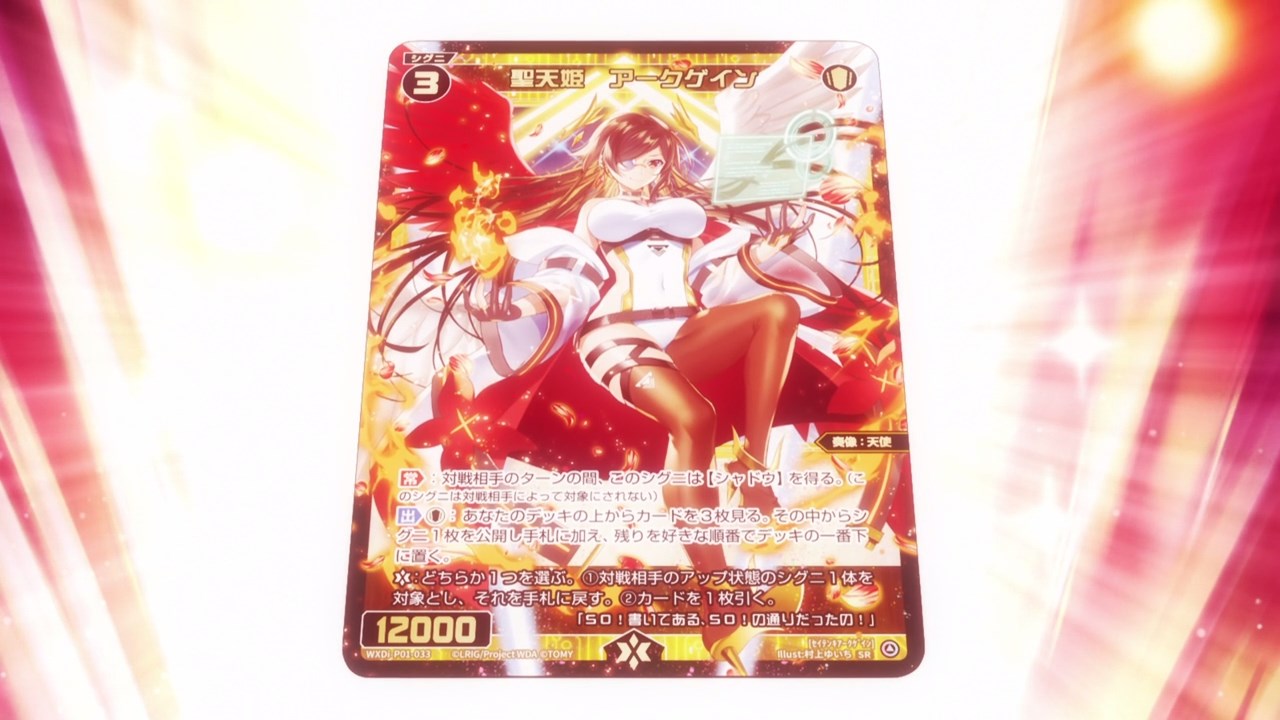 …which turn out to be Holy Angel Princess Arcgain. Okay, I think Rei wants to have a word towards Hirana ’cause having this card, regardless of its sentimental value, might cost them the match. 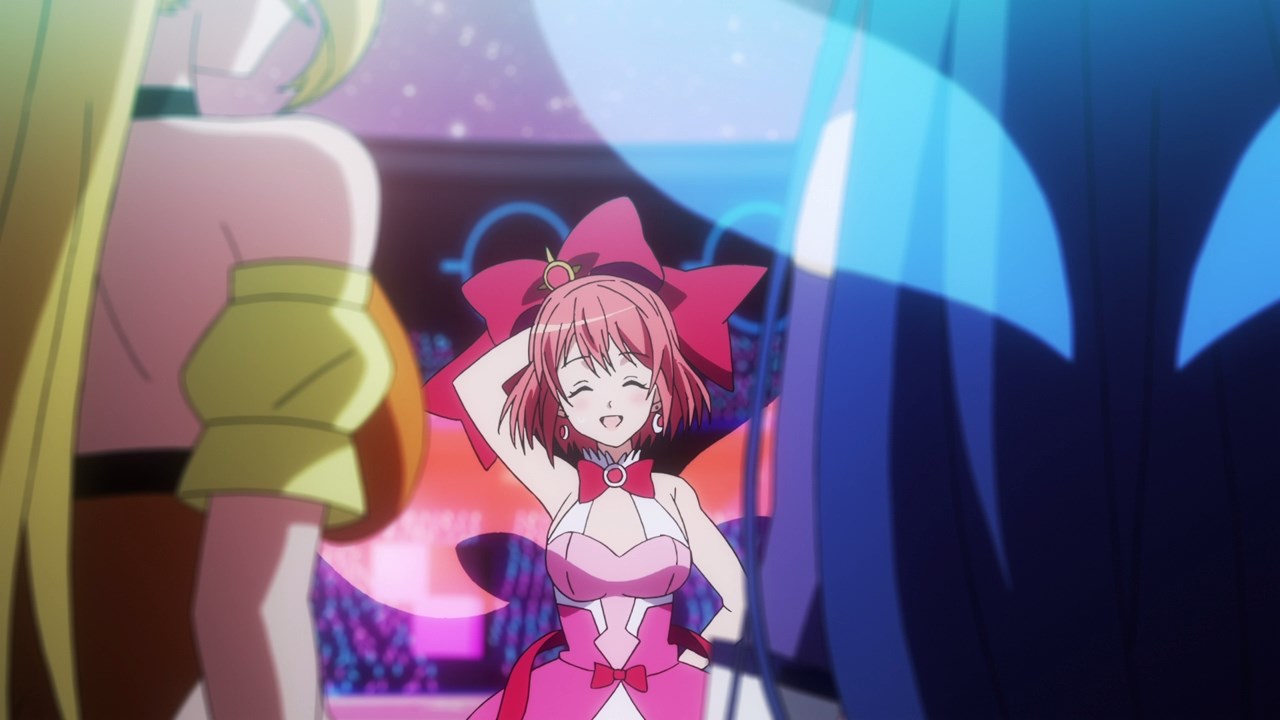 But on Hirana’s defense, it appears that she accidentally put that card onto the deck.

Besides, I think she wants to believe in the cards because who knows, Arcgain might be useful in this situation. 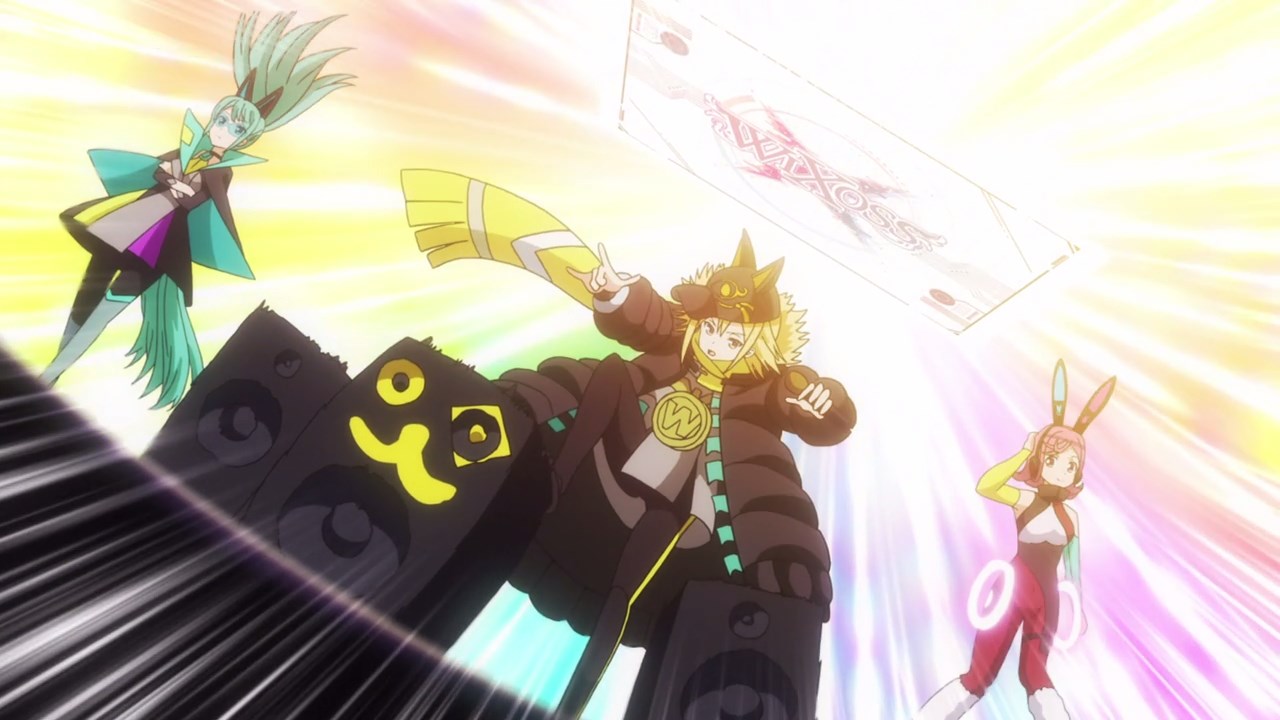 Of course, Card Jockey wants to win this battle as they use their Piece to finish No Limit off!

Their Piece is called “Endless Punchline” in which MC Lion and the rest can attack the opponent 3 times. 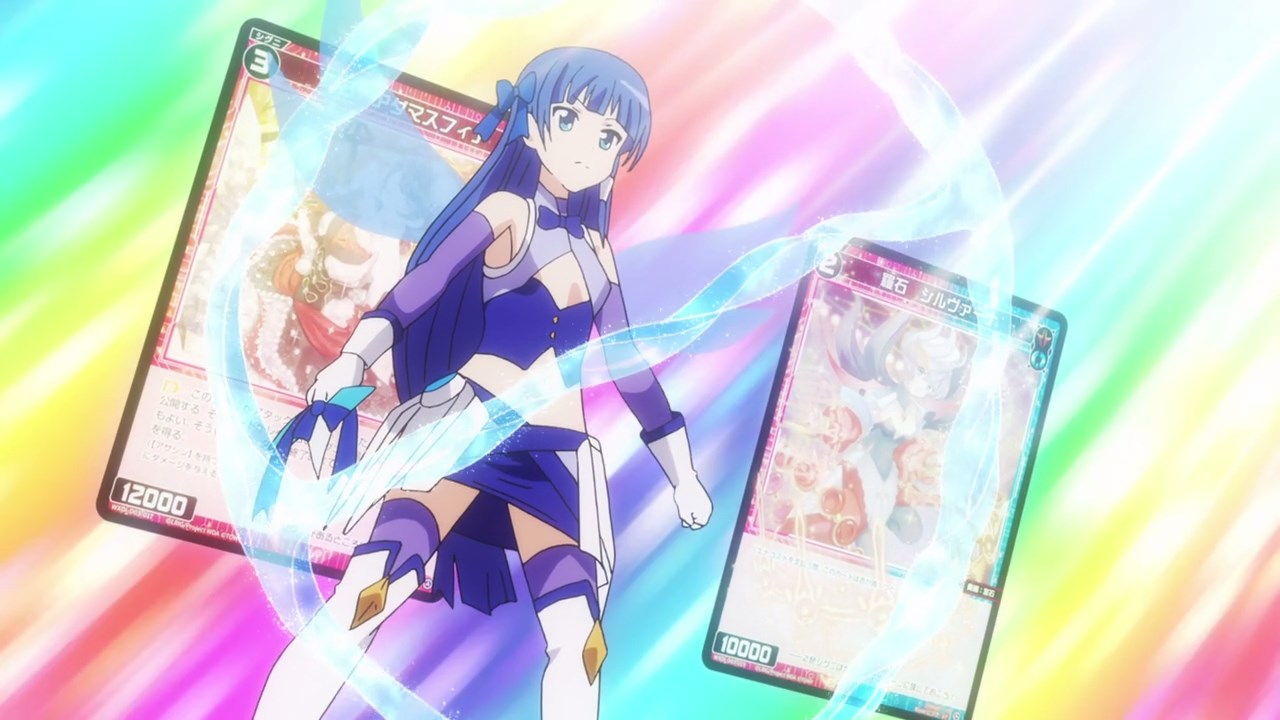 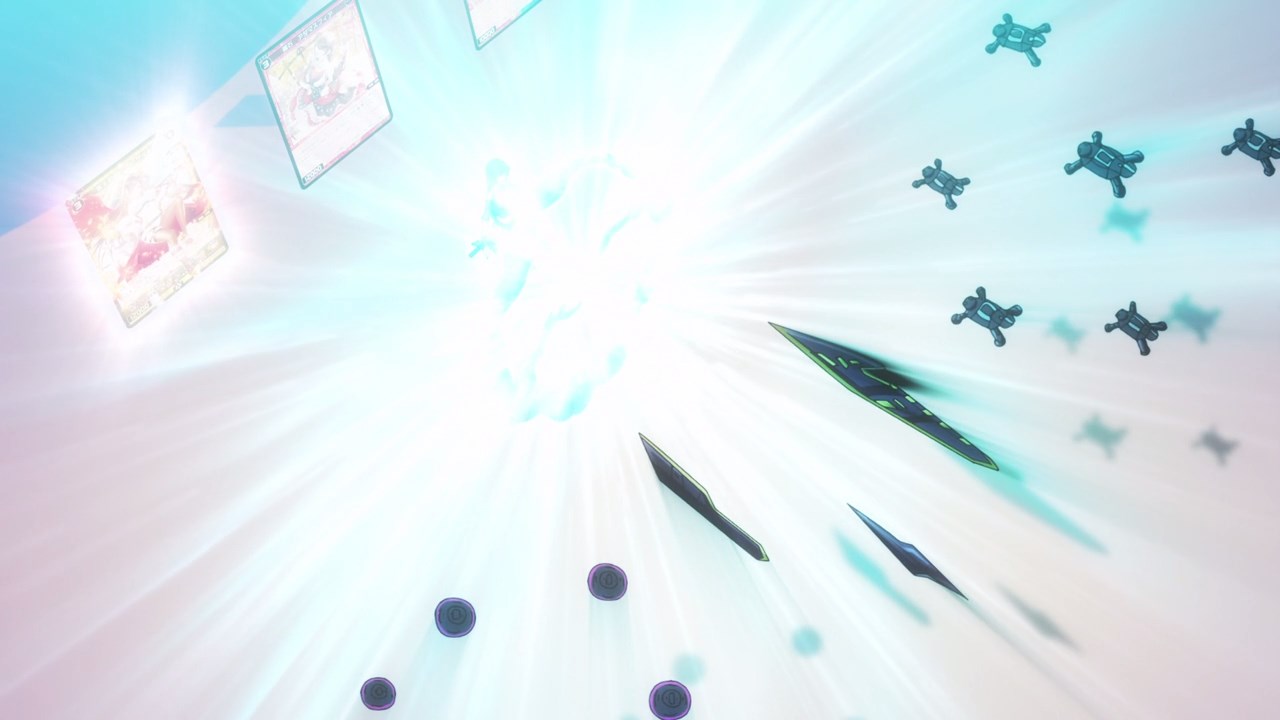 However, Rei managed to cancel Card Jockey’s attacks upon gain the right amount of Ener. I have to apologize for not understanding the game because I only know WIXOSS for endless suffering. 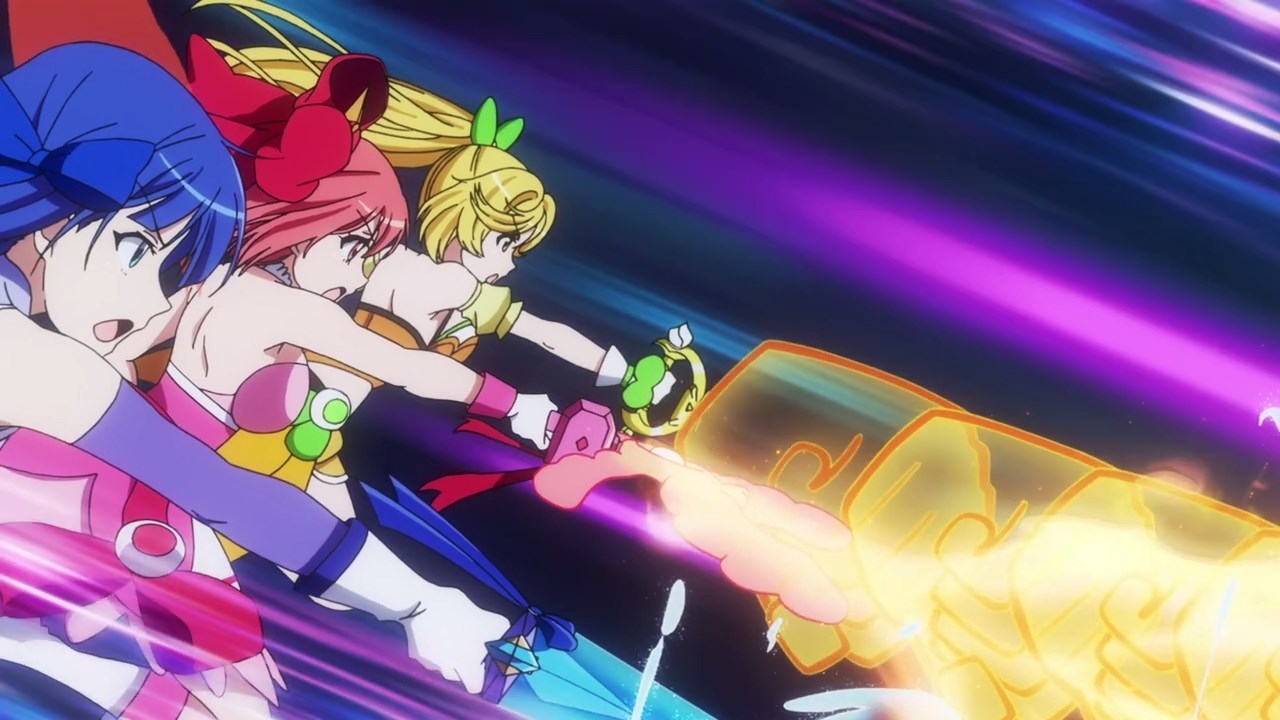 With that said, looks like No Limit is gonna win this match as they activate their Piece to finish Card Jockey off. 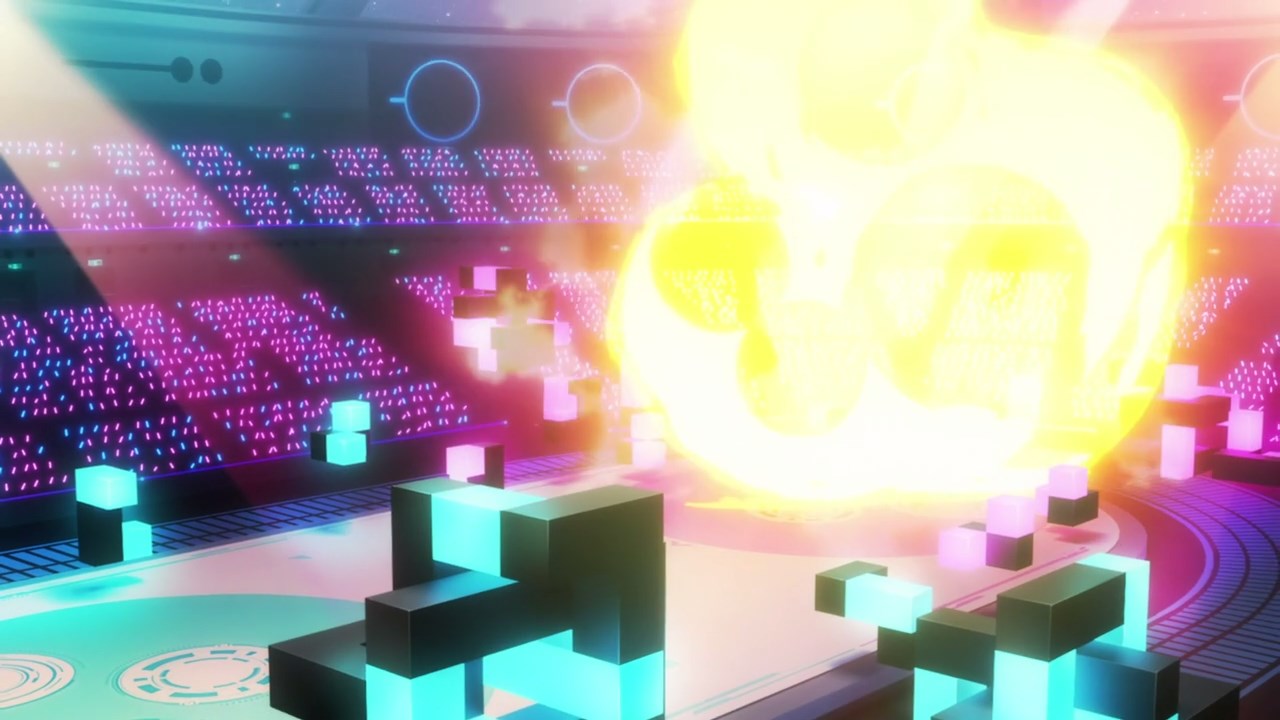 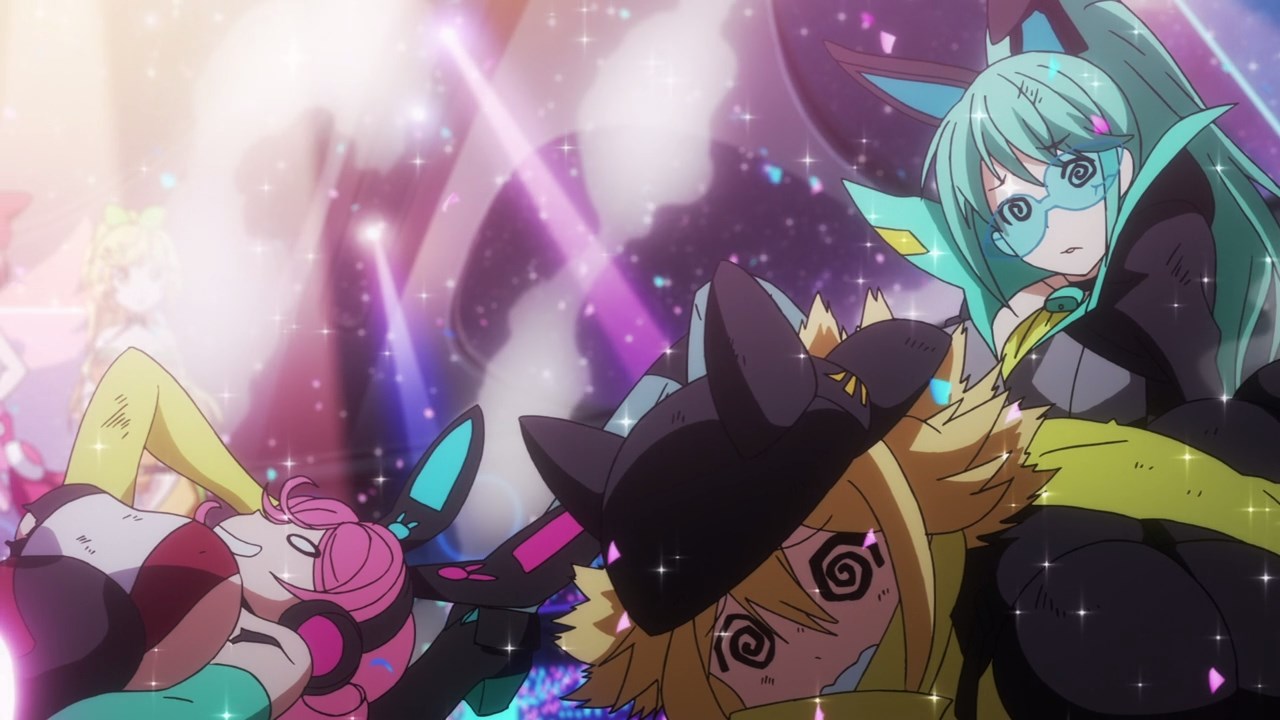 And as you can see, MC Lion and the rest are devastated that they lost to an upstart. Looks like they’re not gonna move up to B Class anymore. 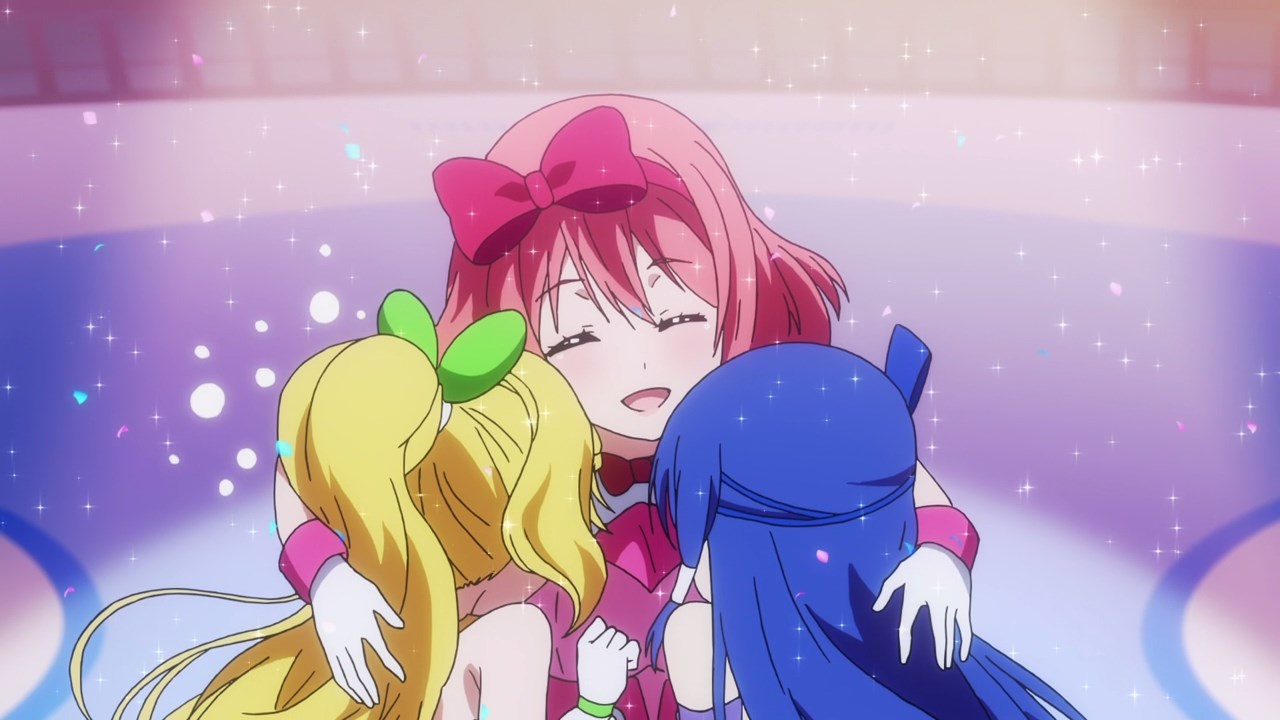 As for Hirana and the rest, I have to say they got lucky for winning the match since she believes in the power of the cards.

Now the only thing left for Hirana is to study for the upcoming make-up exams ’cause if she failed yet again, Hirana might get barred from playing WIXOSS. 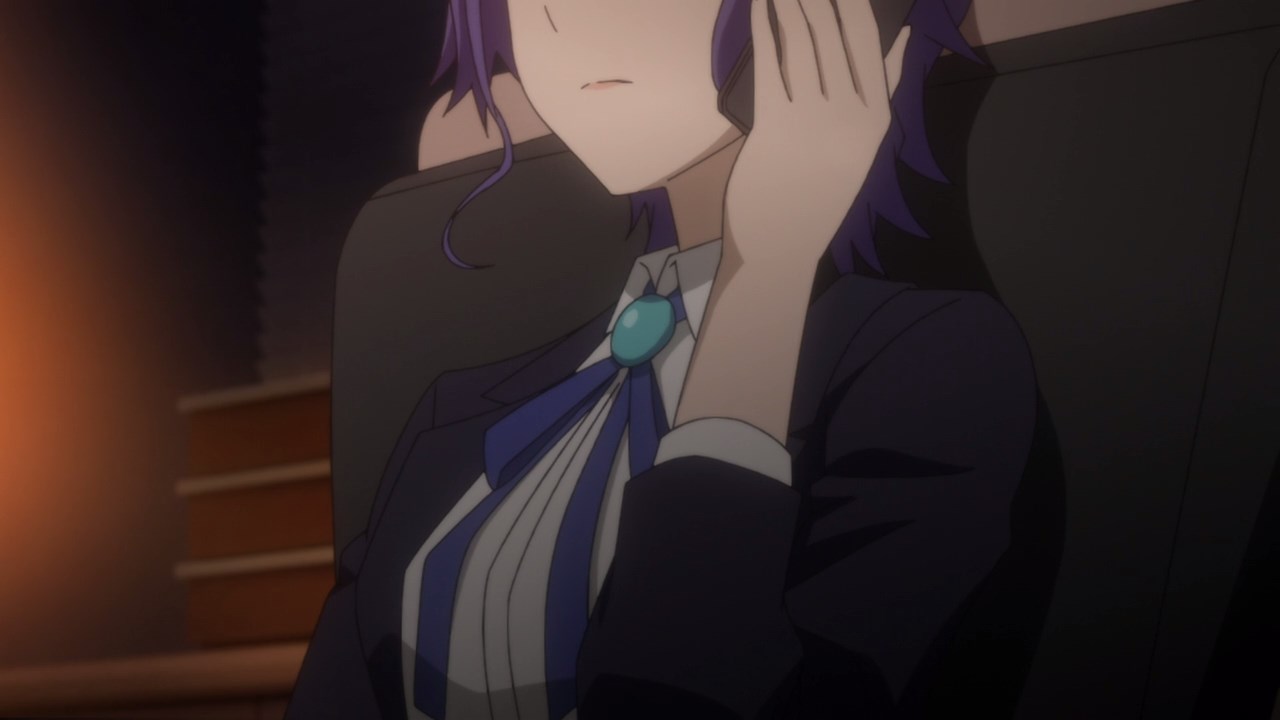 One last thing, here’s the mysterious Mika P where she reprimanded Card Jockey for losing another Diva Battle. Basically, she’s disappointed towards MC Lion and her crew.

By the way, there’s speculation that Mika P is member of the most powerful team called Deus Ex Machina as seen from one of the photos being displayed on the shelf. Of course, there’s no information on who she really is at the moment. 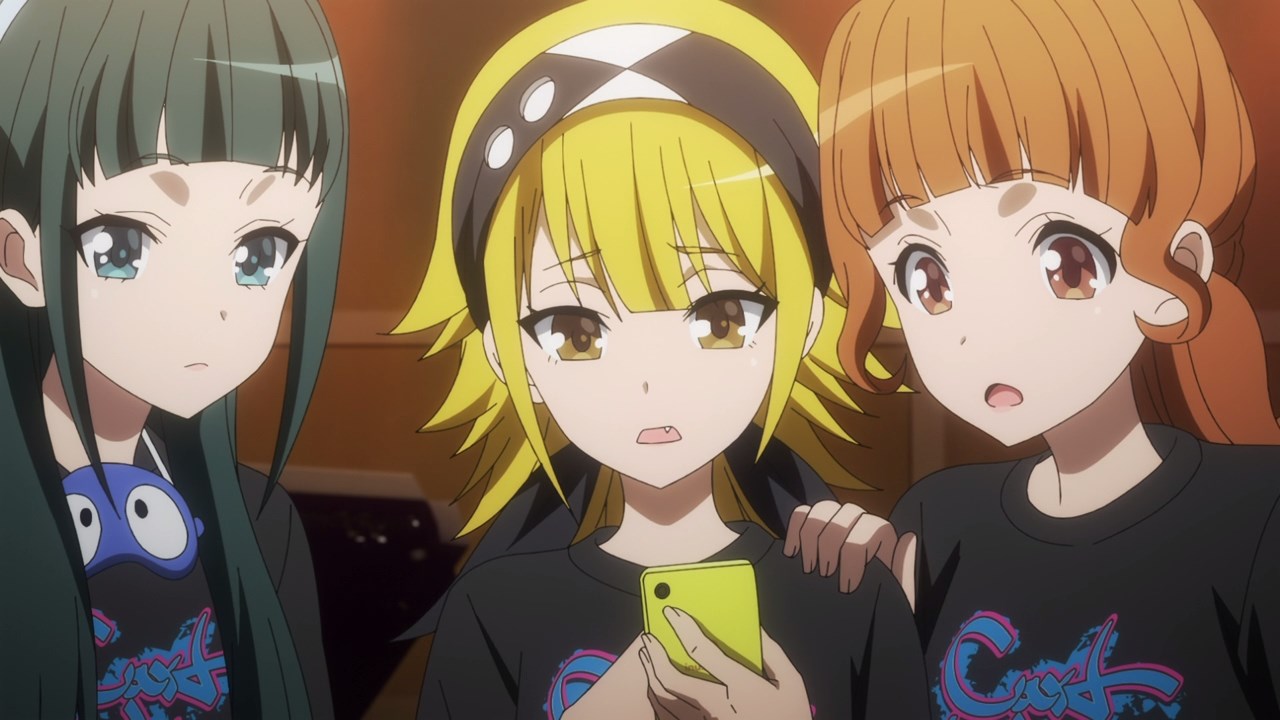 However, it appears that Mika P wants to give them another chance as their producer gave a demo for Card Jockey’s latest song. 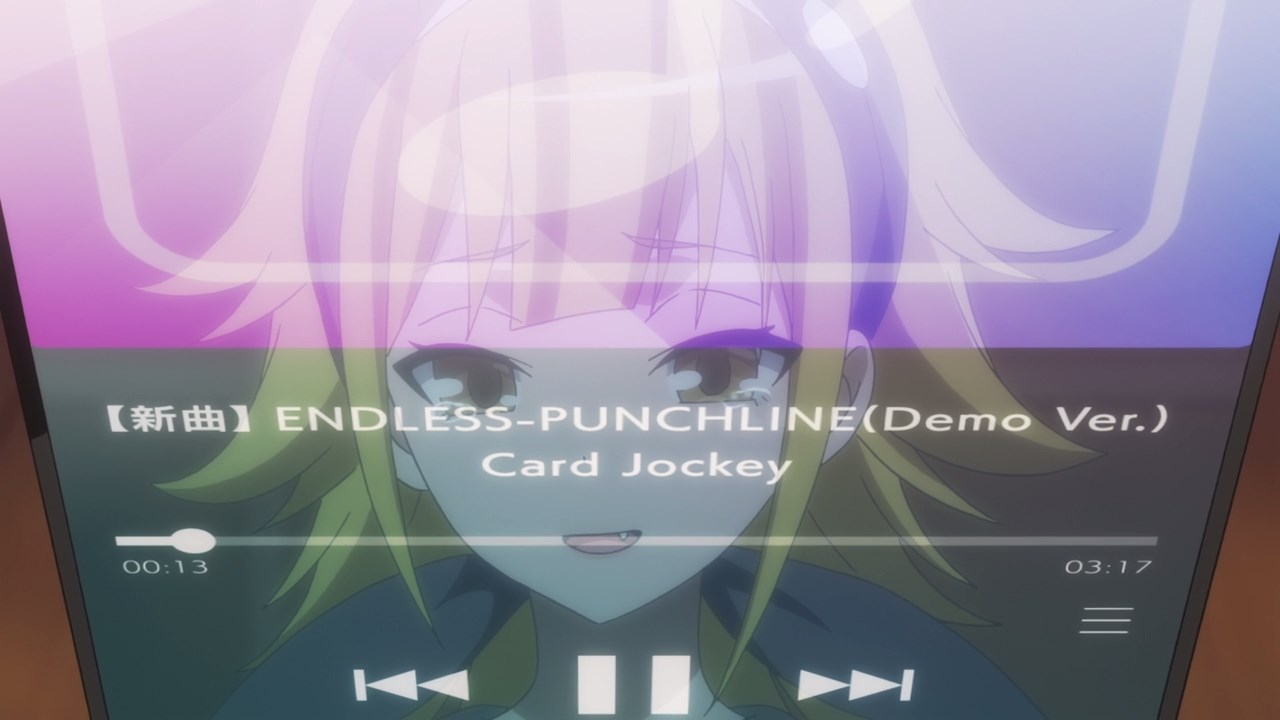 And really, I have to say that MC Lion and her friends are happy that their producer still believes in their musical talent even after screwing themselves in WIXOSS Land. If only they would stick to making music instead of engaging in BATTORU!

But that’s about it for this episode of WIXOSS Diva(A)Live and with No Limit moving up the ladder, the only thing I fear for is taking the loss by one of the strongest diva teams in WIXOSS Land.