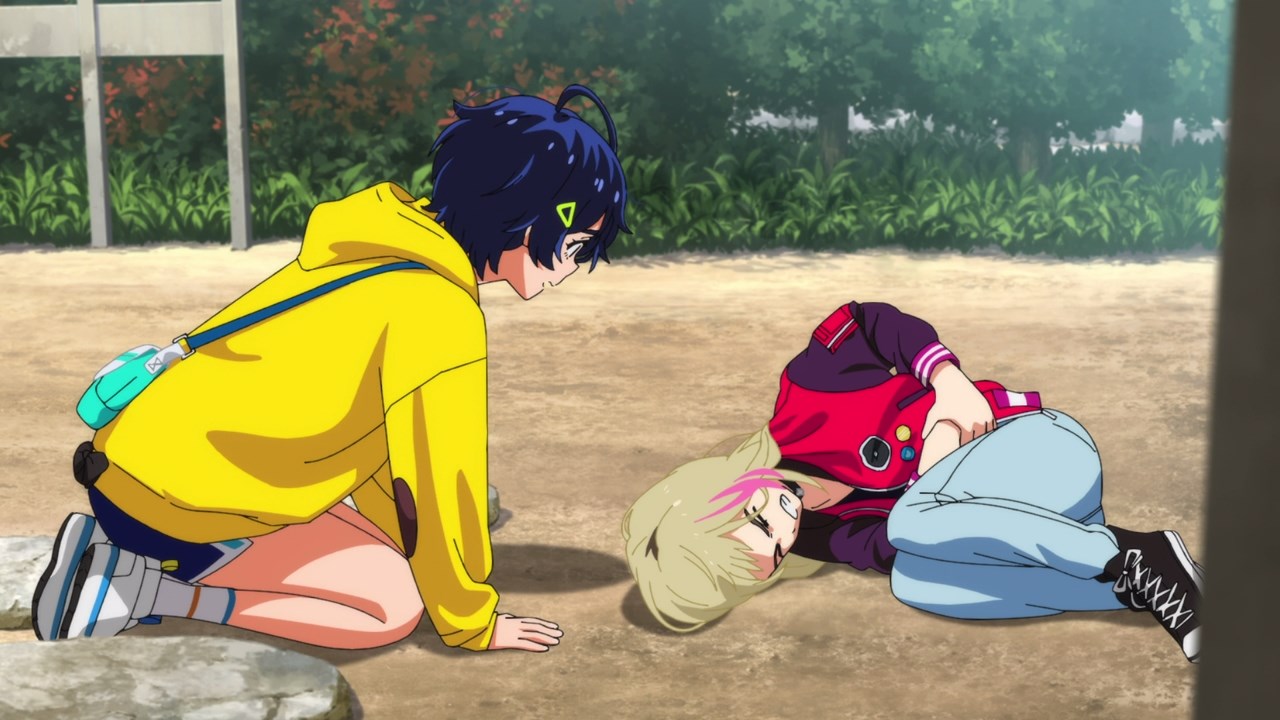 Oh boy, looks like Ai Ohto met another girl as she’s about to die from her wounds. This is Rika Kawai and much like Ai-chan and Neiru Aonuma, she’s fighting See No Evil and saving wonder eggs. 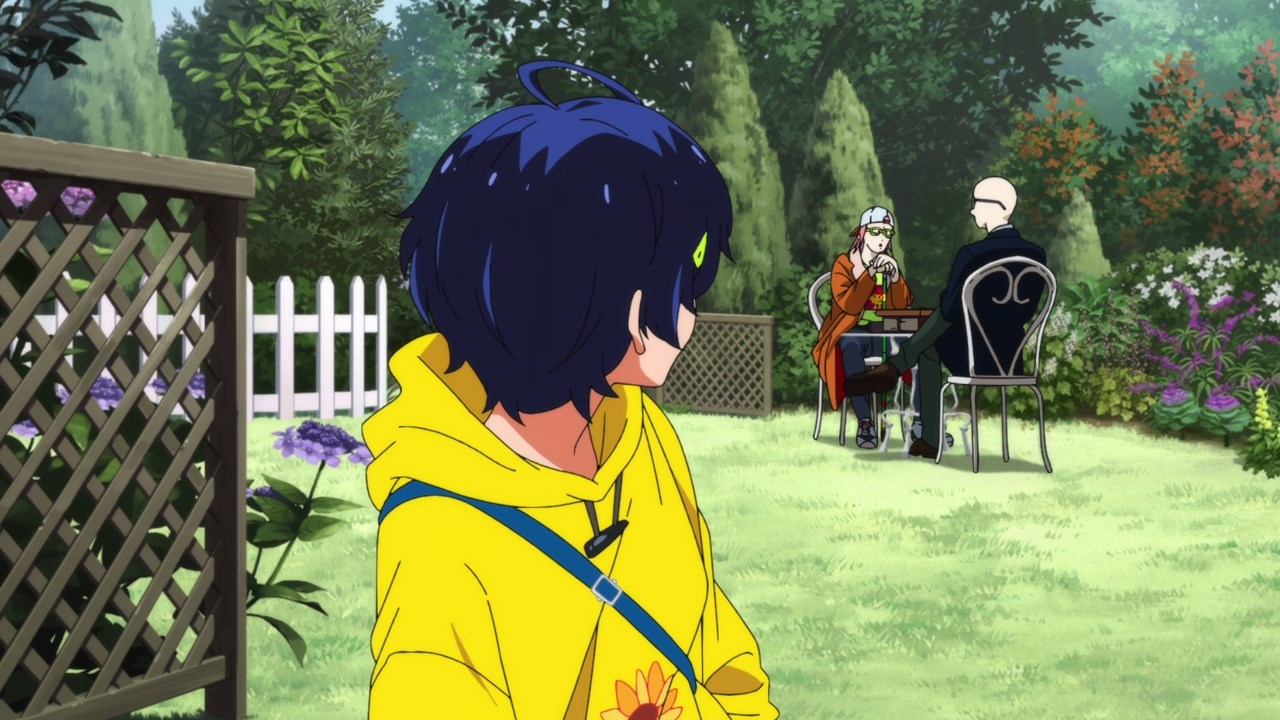 Oh yeah, I forgot to tell you that Ai Ohto and the rest of the girls are being guided by Acca and Ura-Acca, although they won’t help anyone who got injured when fighting monsters, especially Wonder Killers. 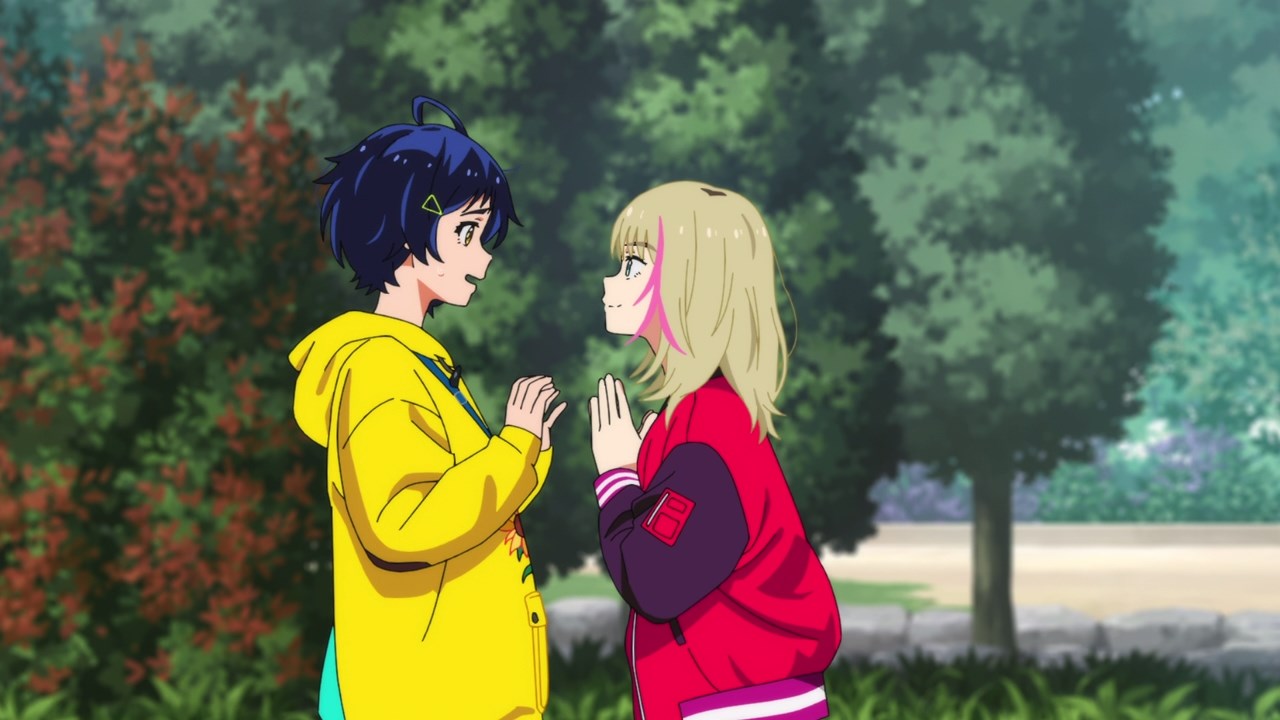 By the way, turns out that Rika Kawai is actually fine as she asked Ai Ohto to lend her 100 yen to roll a wonder egg. Really Rika, you just faked your injury and now you’re trying to steal money from Ai-chan? 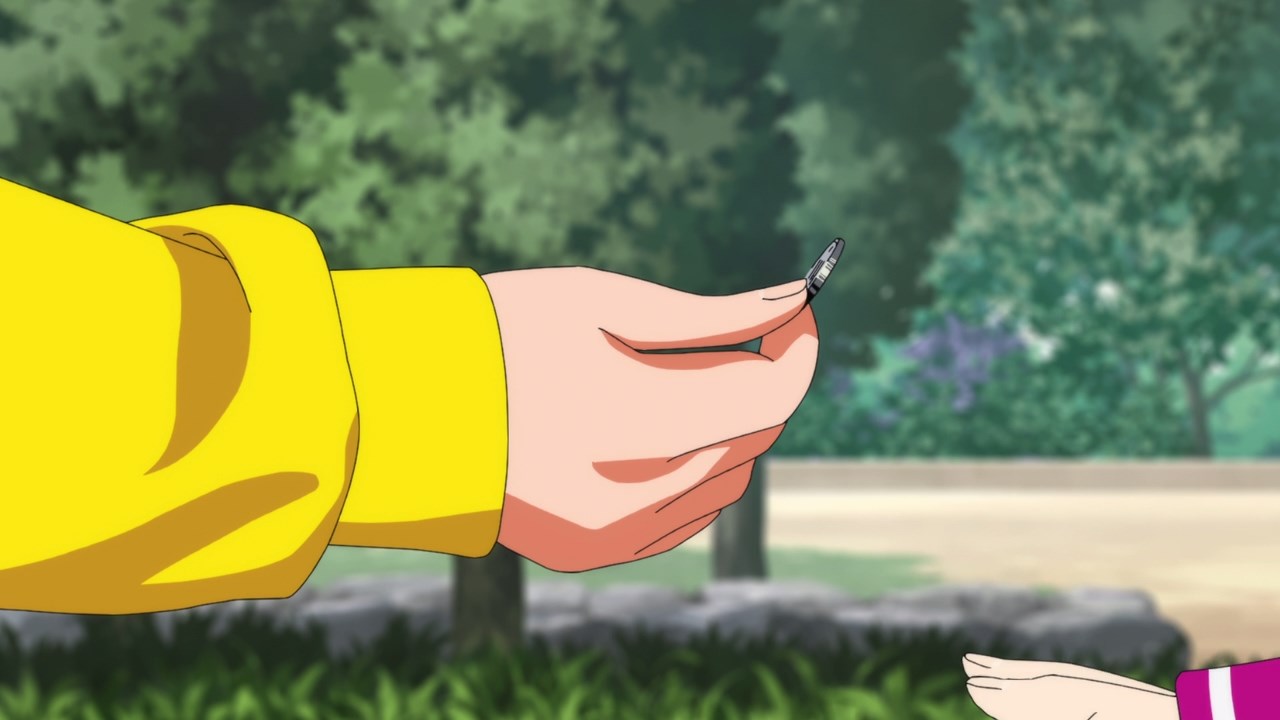 But seriously, Rika Kawai is a very suspicious girl who just scams people. I bet that her life is very dangerous despite Shuka Saitou voicing this character. 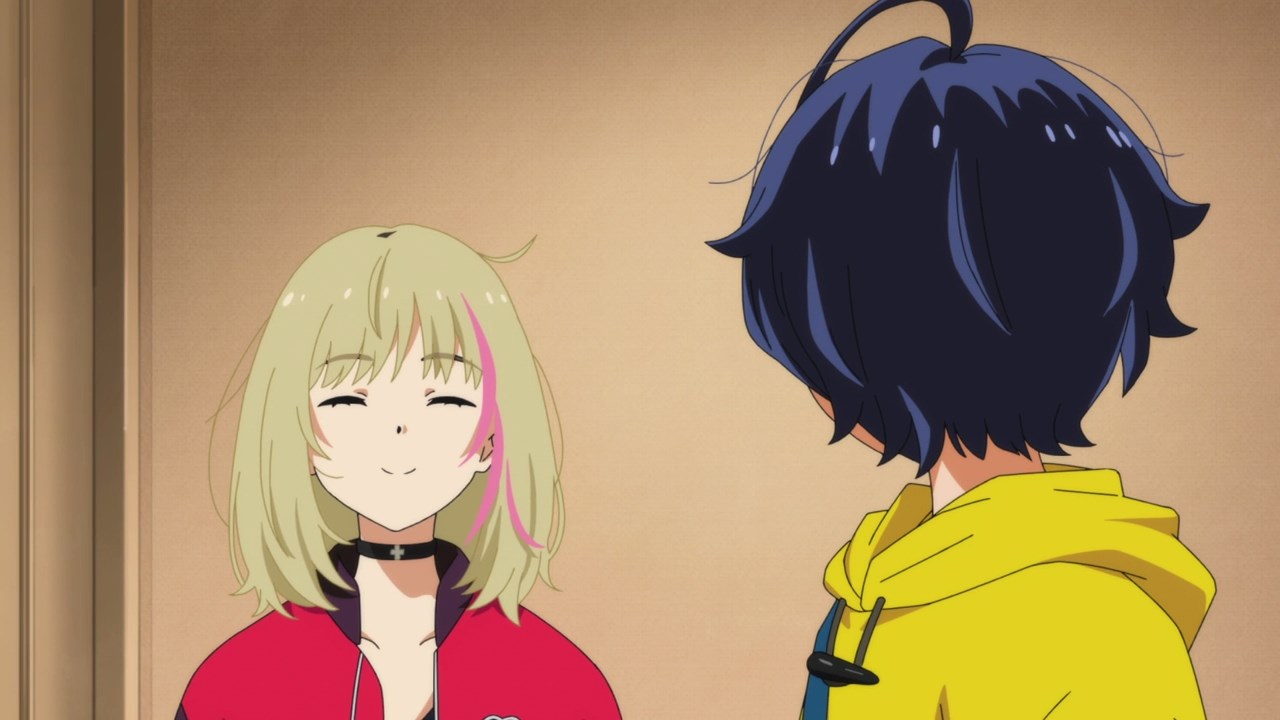 Oh yeah, it appears that Rika went to Ai-chan’s apartment as she plans to stay there for a day or two. Okay Kawai, you’re just freeloading! 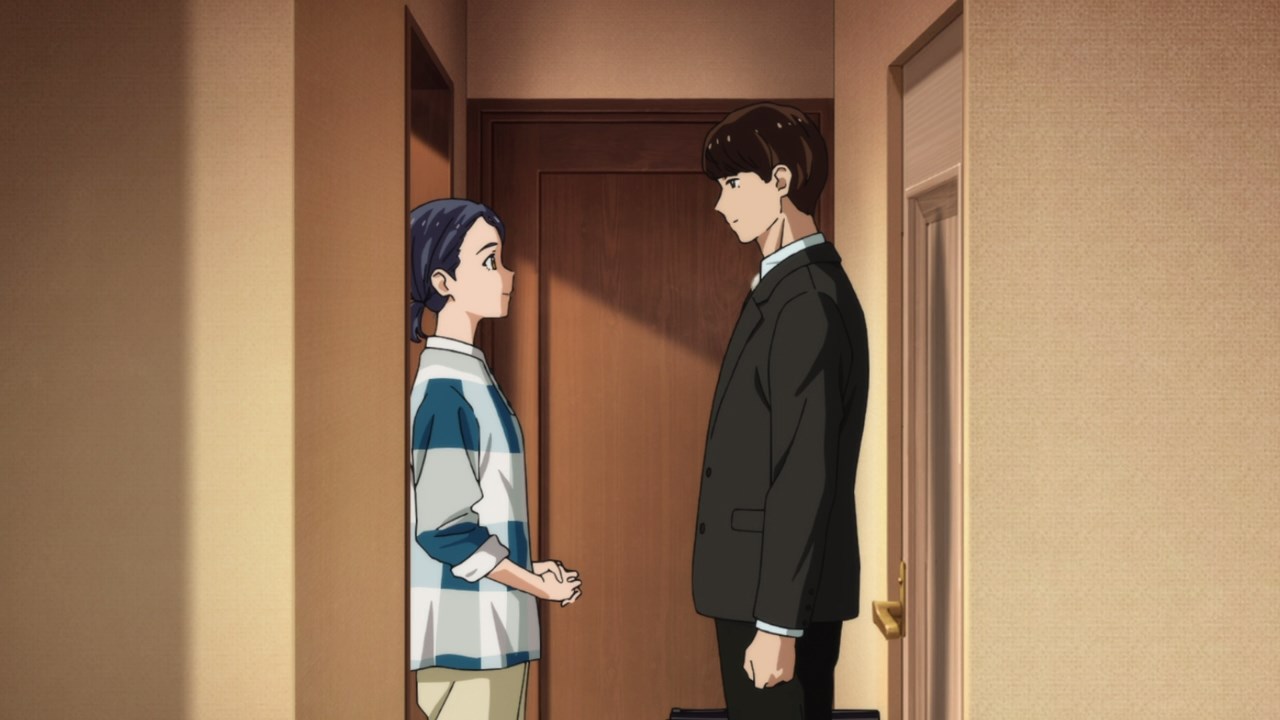 One more thing, it appears that this guy has returned where he’s known as Sawaki-sensei, a school counselor where he frequently visits Ai Ohto ever since she stopped going to school due to Koito Nagase’s death. 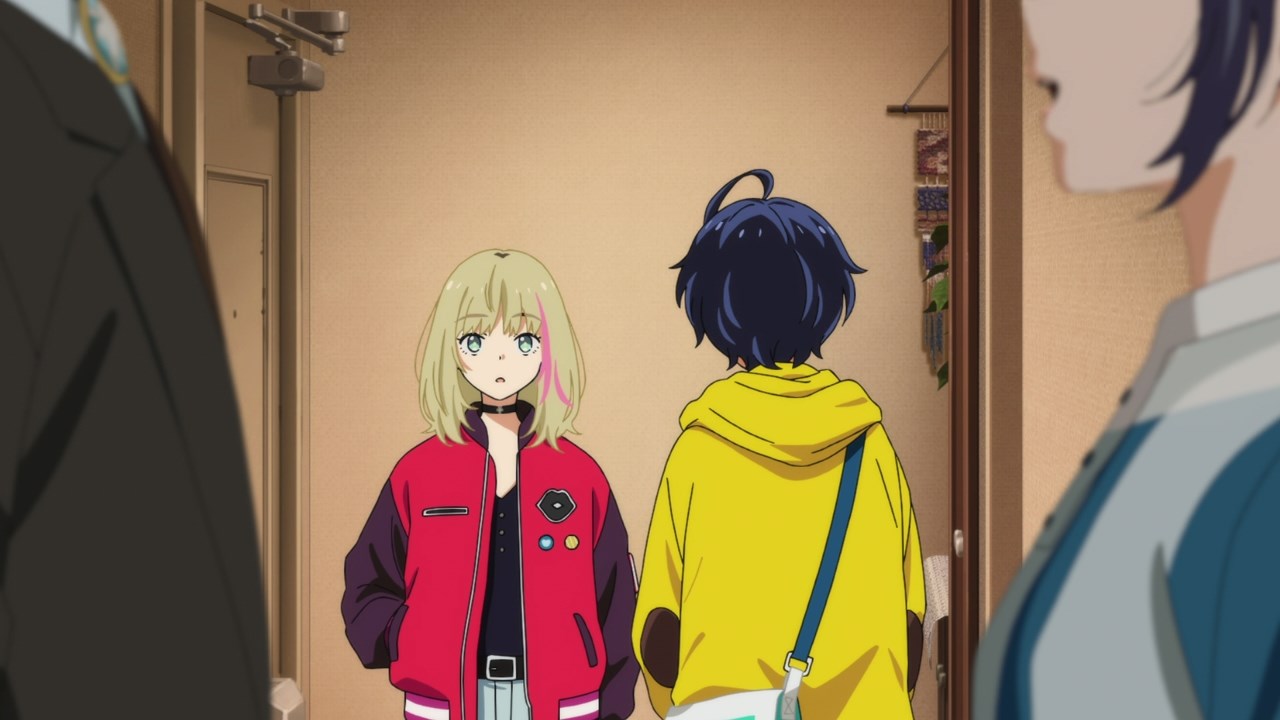 And while Rika commented that he looked so hot to be Ai-chan’s father, Ai clarified that her mother didn’t marry Sawaki-sensei. C’mon, she doesn’t want to have a new father yet. 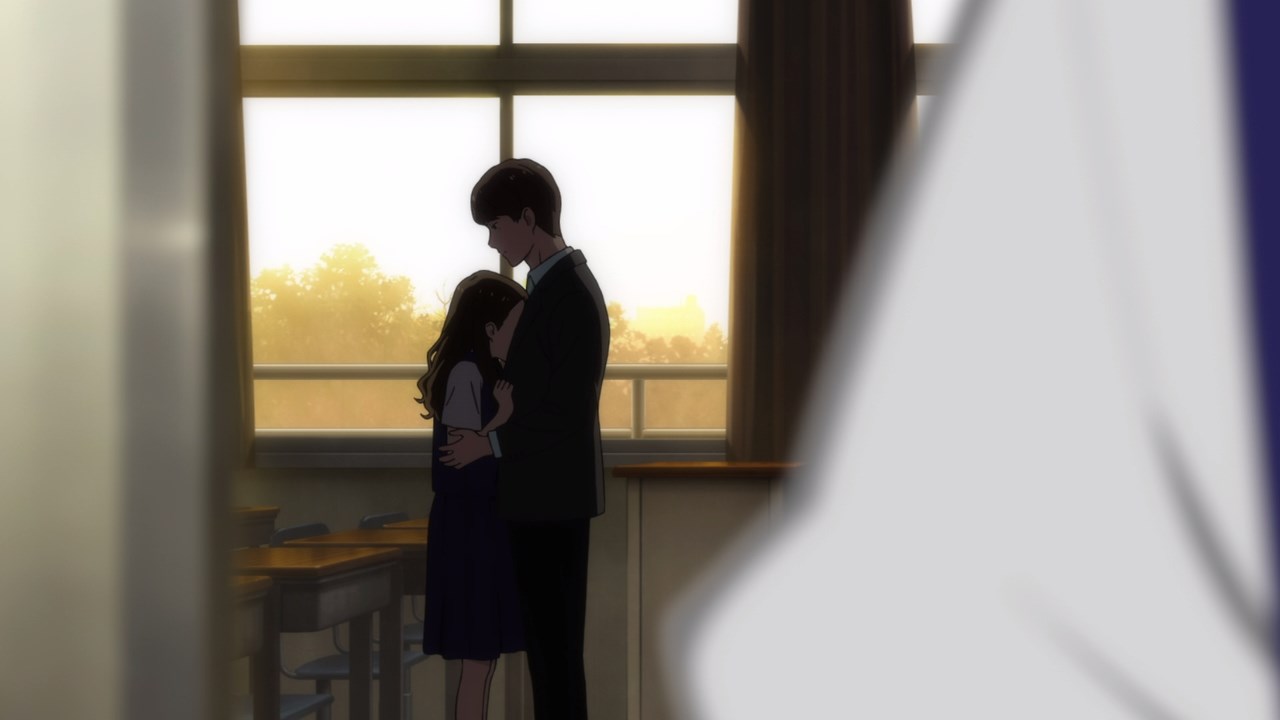 Speaking of Sawaki-sensei, turns out that he allegedly have a relationship with Koito Nagase. It’s no wonder why Koito got bullied that lead her to suicide.

Oh yeah, let’s move onto Rika Kawai where despite her smile, it appears that she suffered abuse from her mother as well as various male partners. Wait, is Rika a prostitute?

One more thing, it turns out that Kawai was once an idol from a short-lived group called Zenryoku Kiss. Well, looks like Rika suffered a lot in her life but man, I don’t trust her. 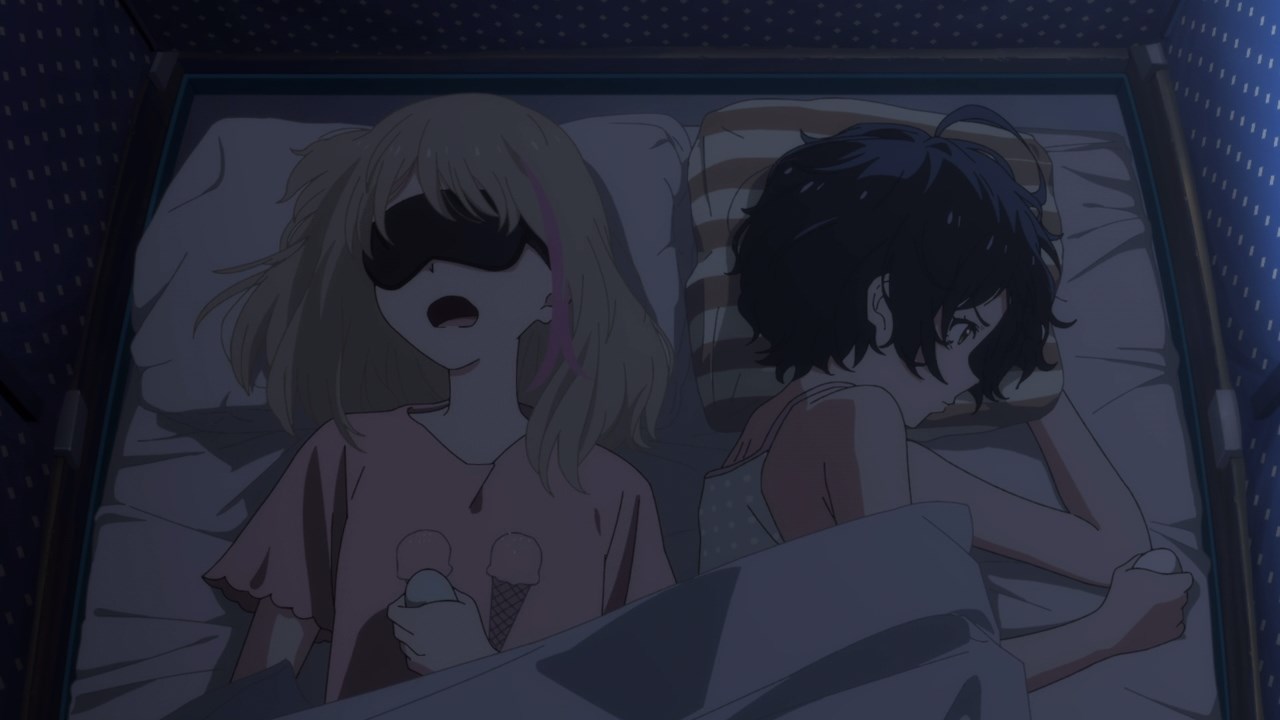 Still, Rika Kawai stayed at Ai Ohto’s apartment as she’s safe there than going back to her own house. I mean, she doesn’t want to get scratches again. 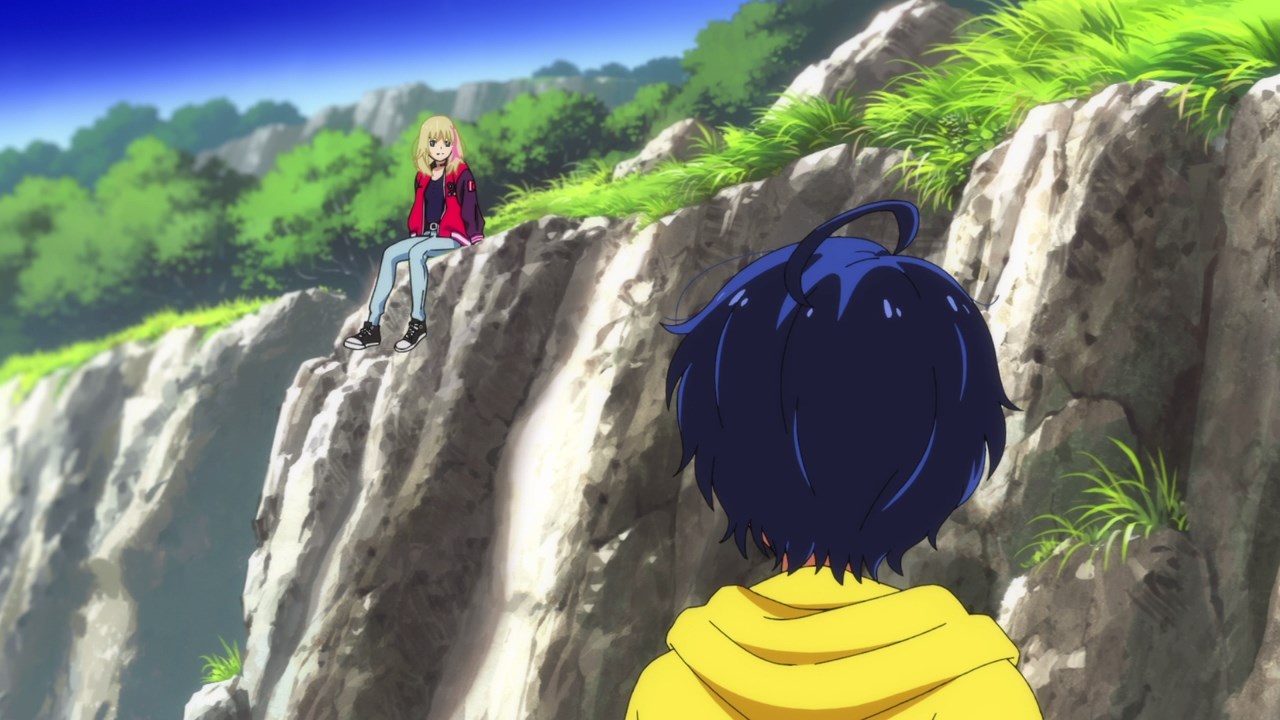 On the other hand, looks like Ai-chan went to Rika’s dream world where they’re gonna save some girls who hatch from their wonder eggs. 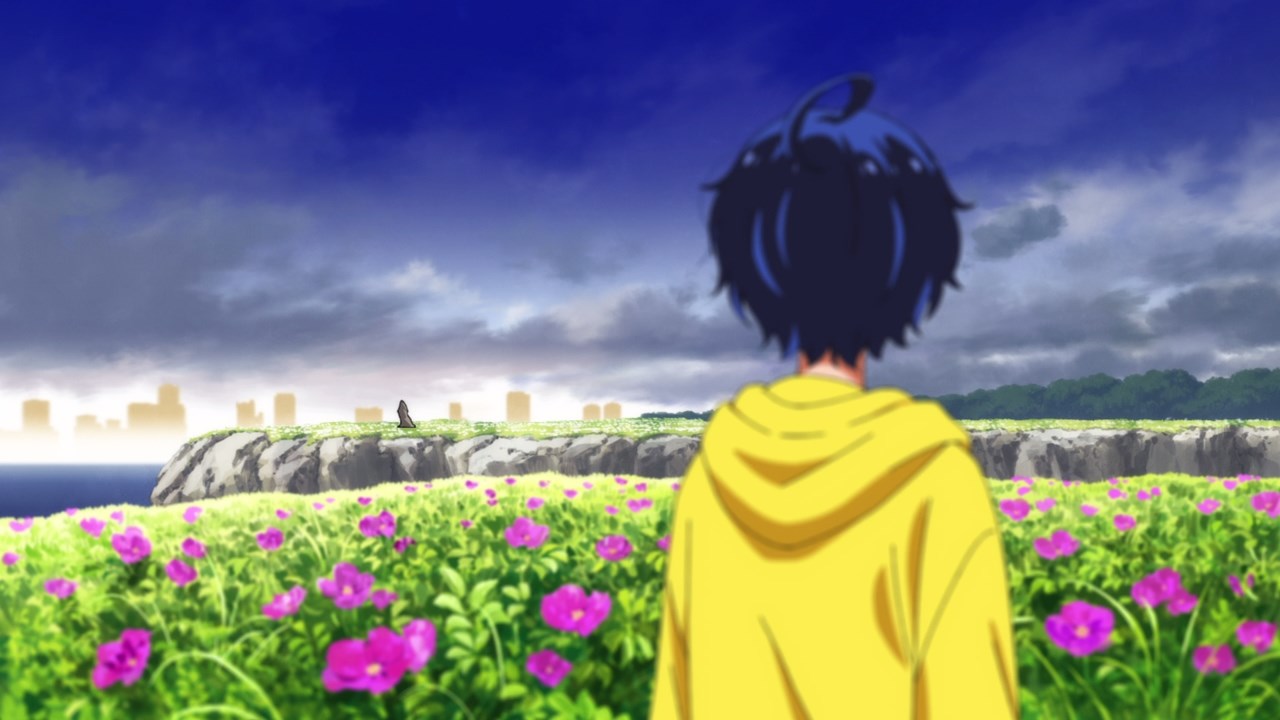 Oh yeah, Rika Kawai pointed out to Ai Ohto that she’s saving someone who committed suicide. 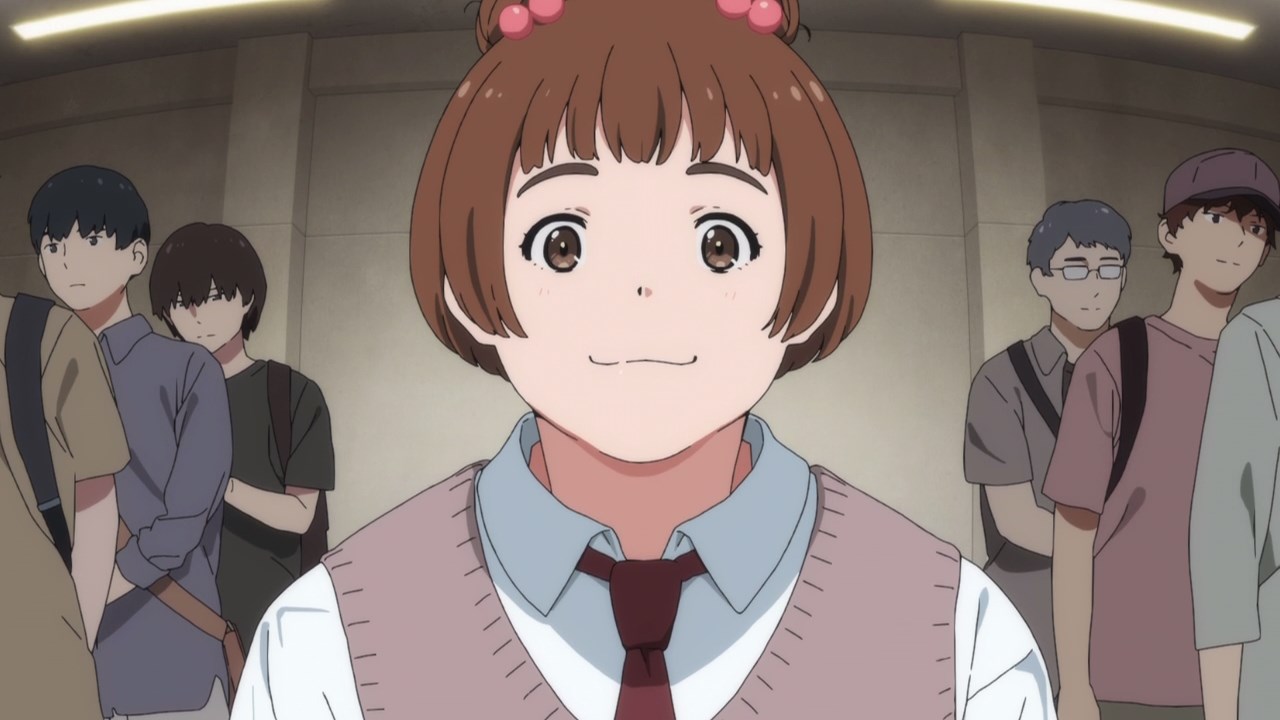 Said friend happened to be Chiemi but Rika didn’t treat her as such. You see, Chiemi is Rika’s biggest fan who happened to have lots of cash as she buys tickets for handshake events.

Okay, it seems that Rika is taking advantage of Chiemi’s wealth but man, I feel bad that Chiemi is treated as a friend with benefits. Heck, she doesn’t have a part-time job to support her idol. 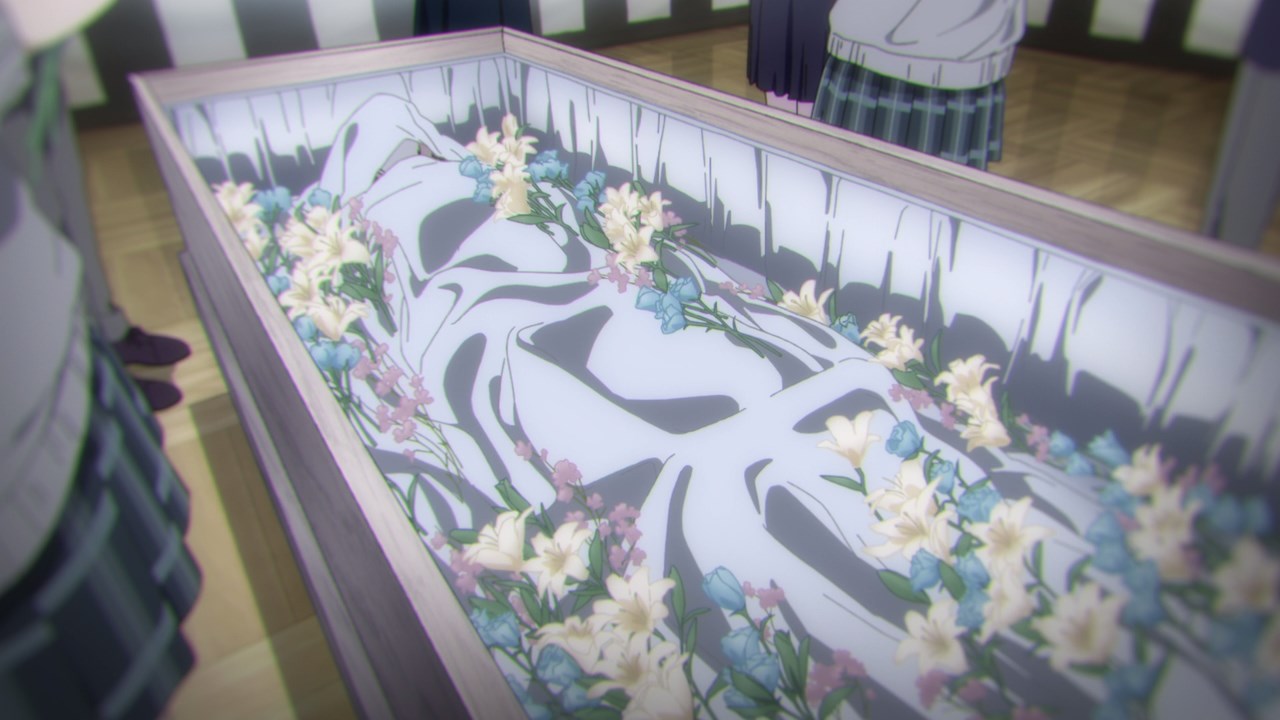 But, it wasn’t until Rika learned that Chiemi died where her body is beyond recognition. Her fat is removed from her body as it’s reduced to just skin and bones. 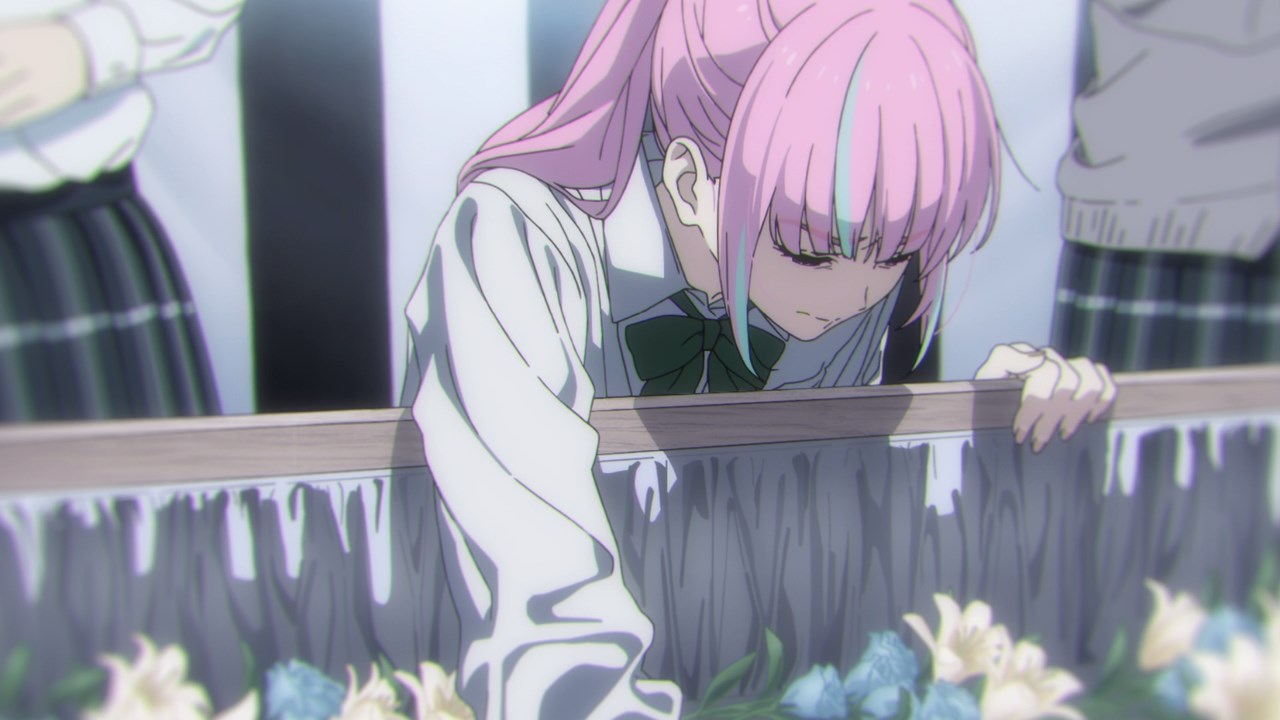 For Rika Kawai, that was a wake-up call as losing a big fan is the most devastating thing that happened to her.

Then again, I feel that Rika doesn’t deserve to have someone like Chiemi simply because she treats Chiemi like some personal wallet. 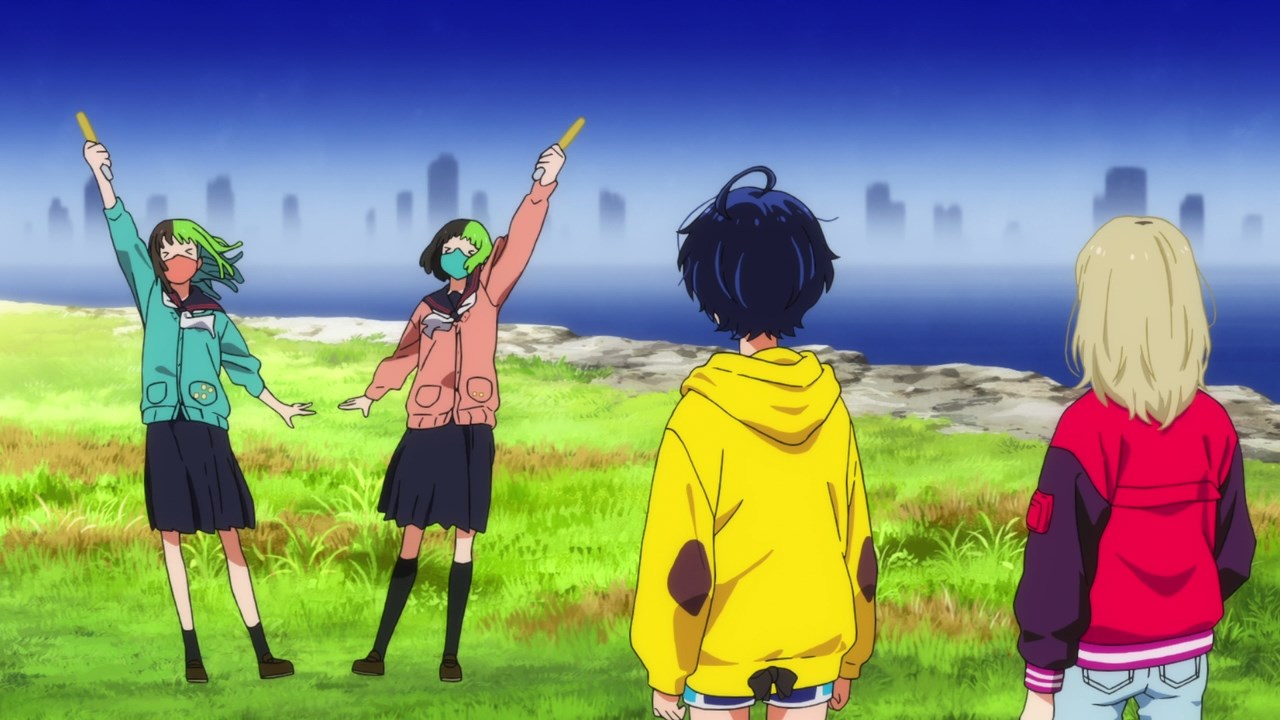 But let’s go back to the dream world where Ai-chan and Rika must defend these two female fans from See No Evil.

And here’s the thing though as they’re actually fans of a deceased idol named Yu-Yu in which these girls want to join their idol in the afterlife. Then again, they won’t join Yu-Yu once Rika and Ai-chan saved them from a Wonder Killer. 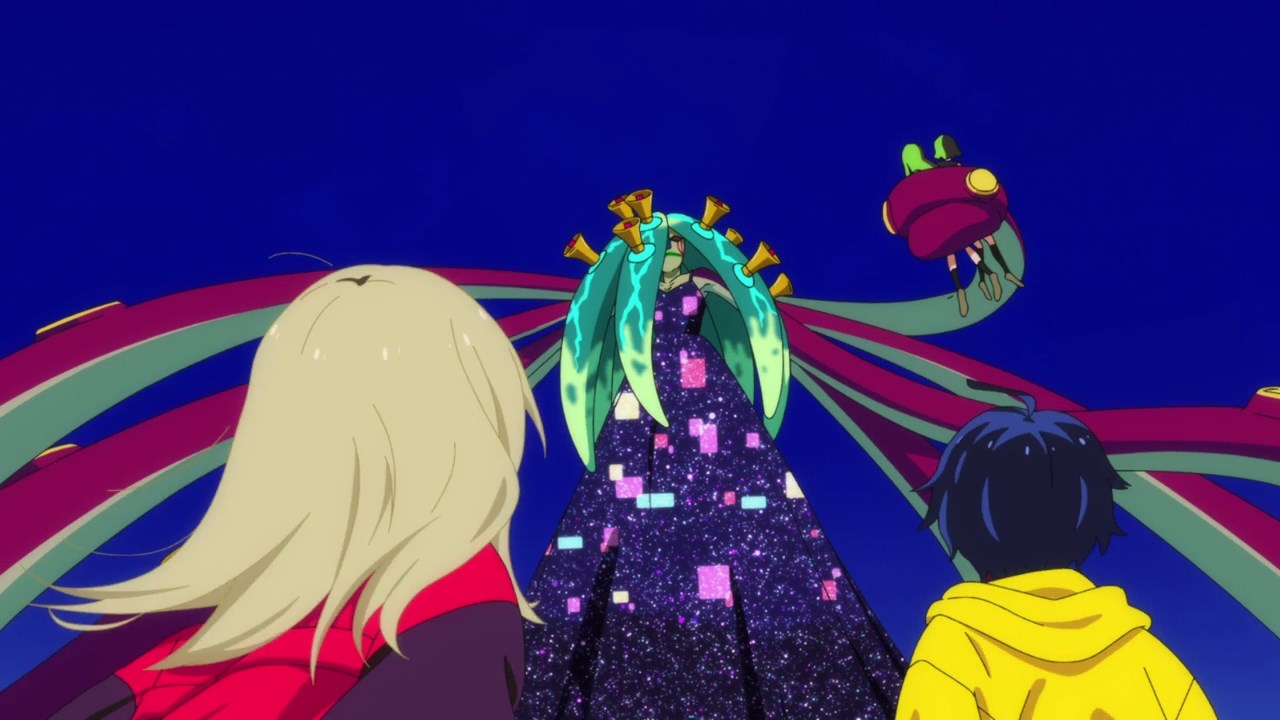 Speaking of the Wonder Killer, this is Sachiko where the Madame of Asagaya is infamous for stalking Yu-Yu. Man, looks like this episode is dealing mostly with toxic idol fandom. 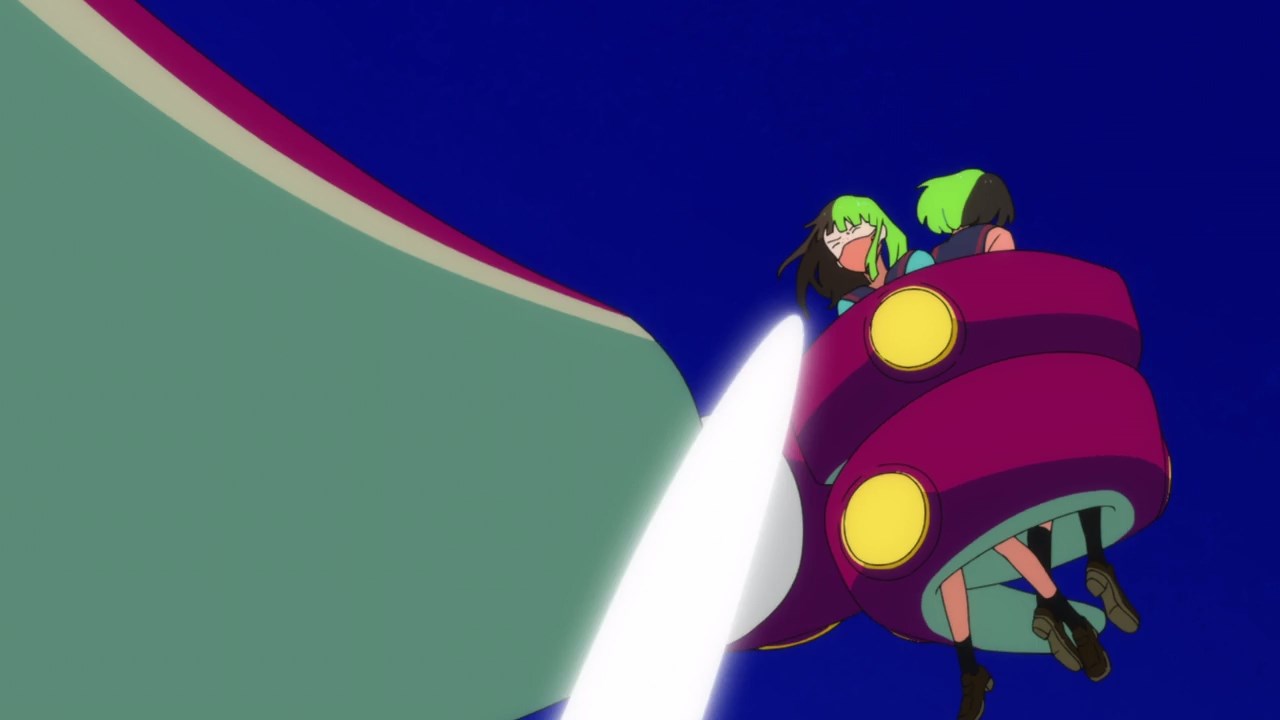 As for the two Yu-Yu fans, Rika Kawai managed to save them from being crushed to death by Sachiko’s massive hands. Of course, Rika and Ai-chan will have to kill this Wonder Killer. 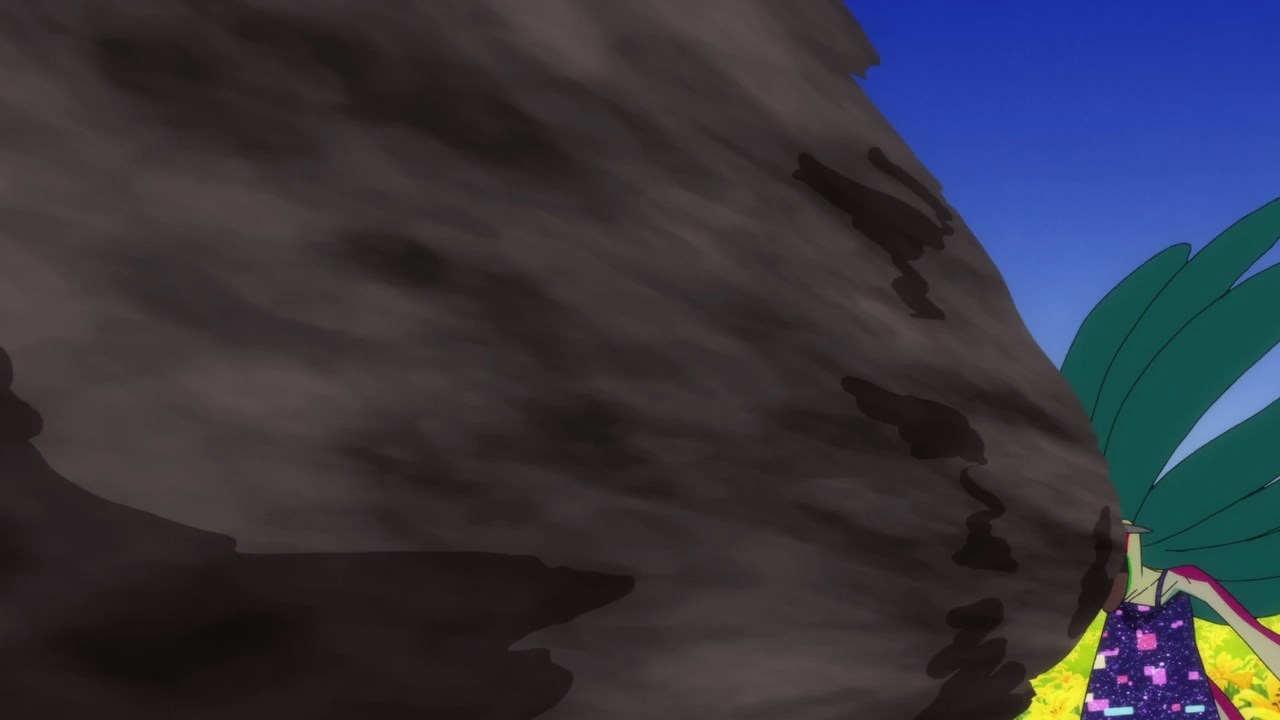 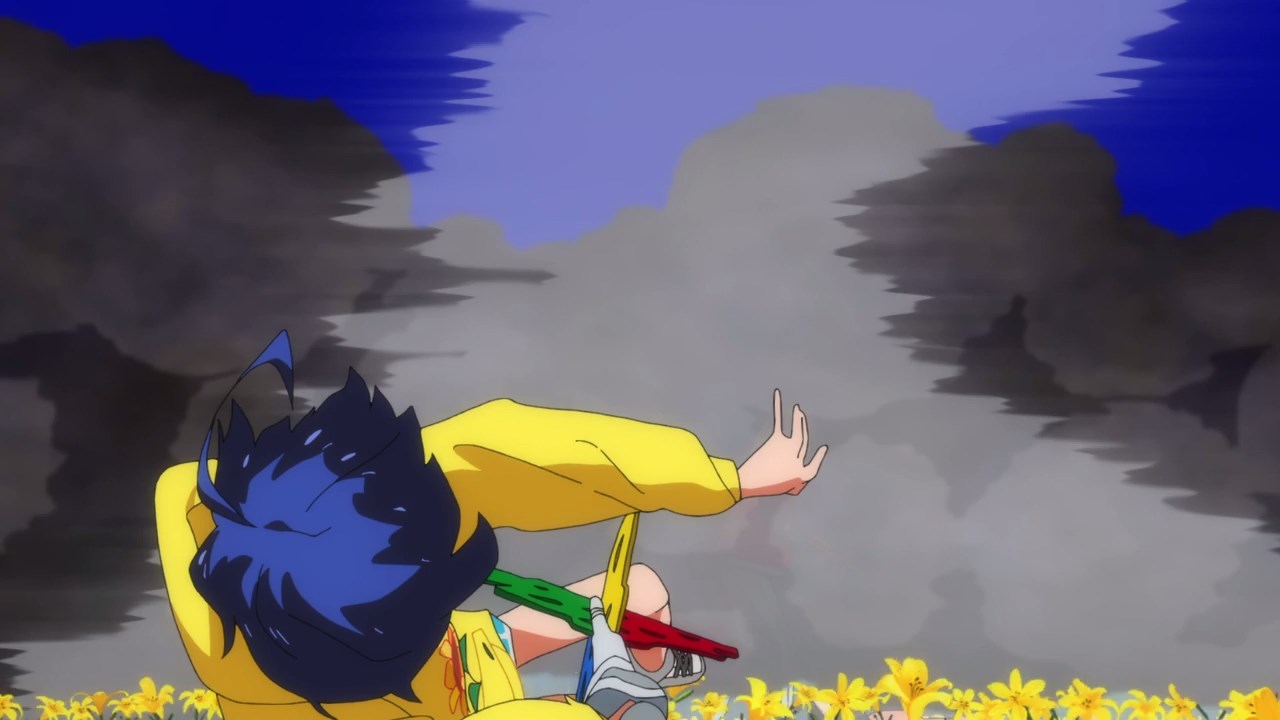 Unfortunately for Sachiko, it appears that she let out an ominous black smoke from her mouth in which Rika Kawai was caught by it. 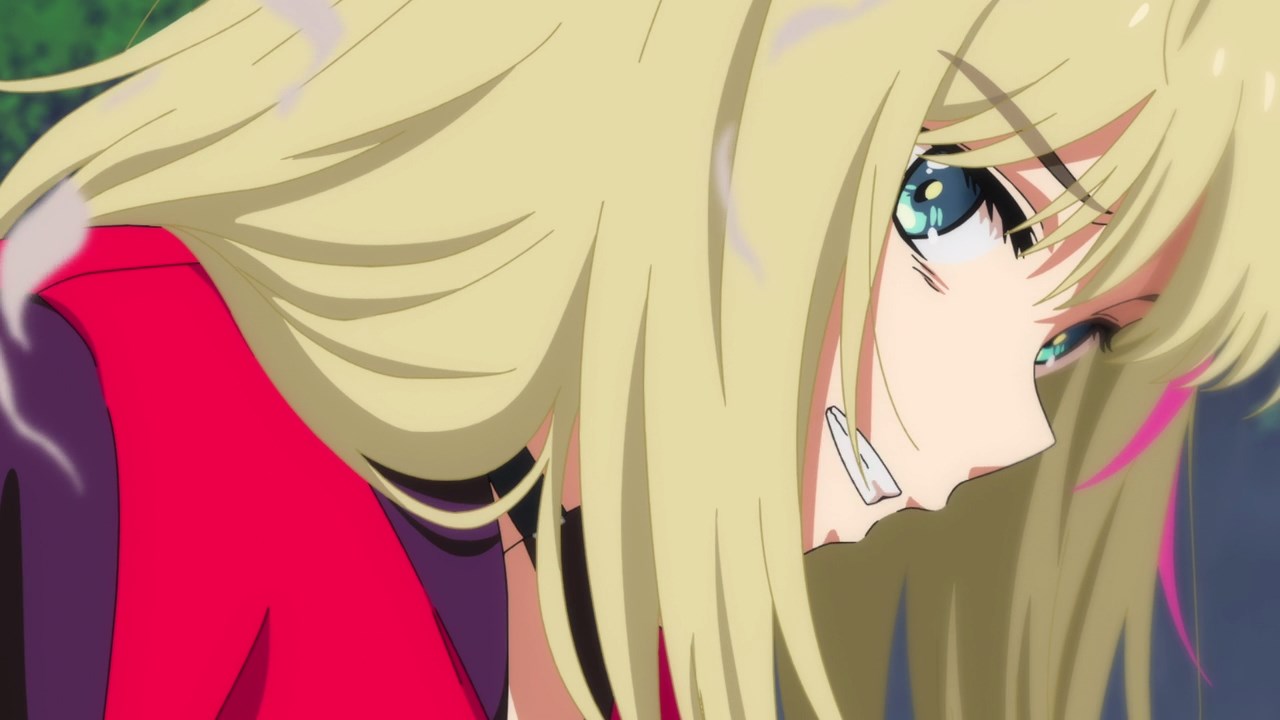 And speaking of Rika, looks like she’ll be a goner soon as she can’t move her body. 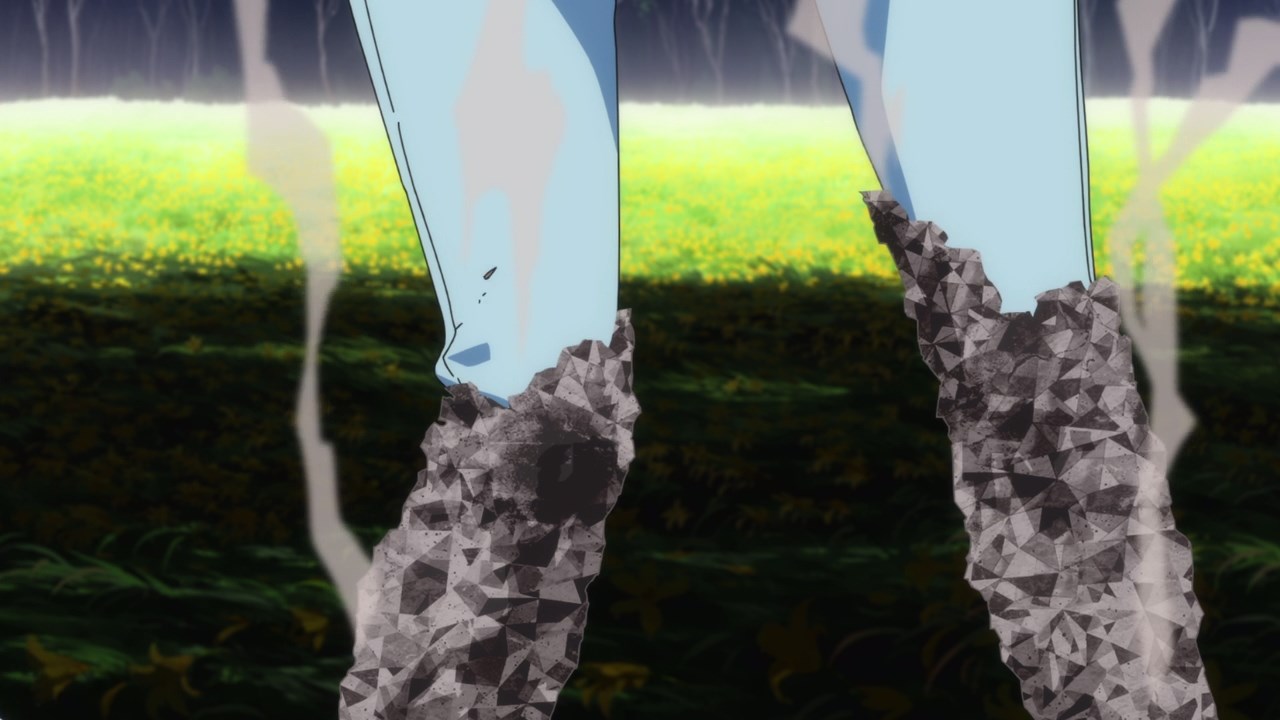 For you see, Sachiko blows a petrifying smoke in which Rika will turn to stone, therefore she’ll die in the real world. 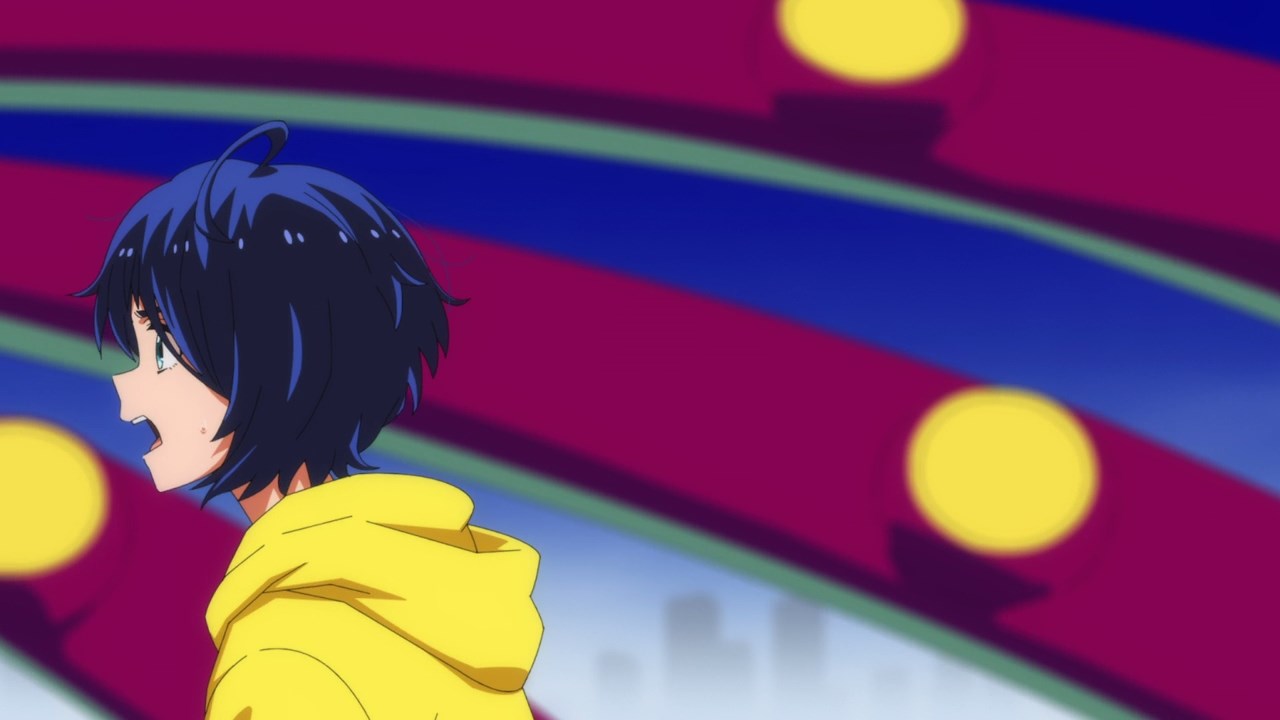 For Ai-chan, she doesn’t want to see someone die like this. Man, are we gonna end this episode in a freakin’ cliffhanger!? 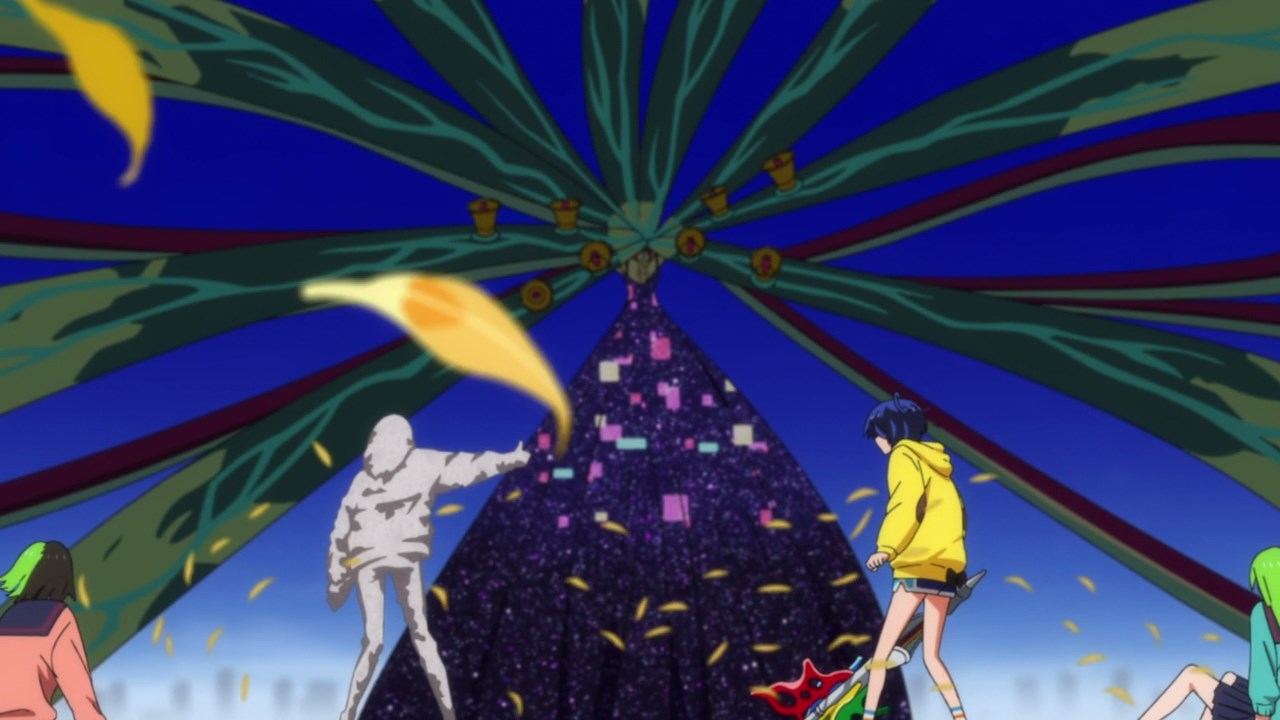 Well then, I’ll see you next time where Ai Ohto will have to fight this Wonder Killer on her own. Then again, she might not save those two fans by herself as Ohto needs some help!