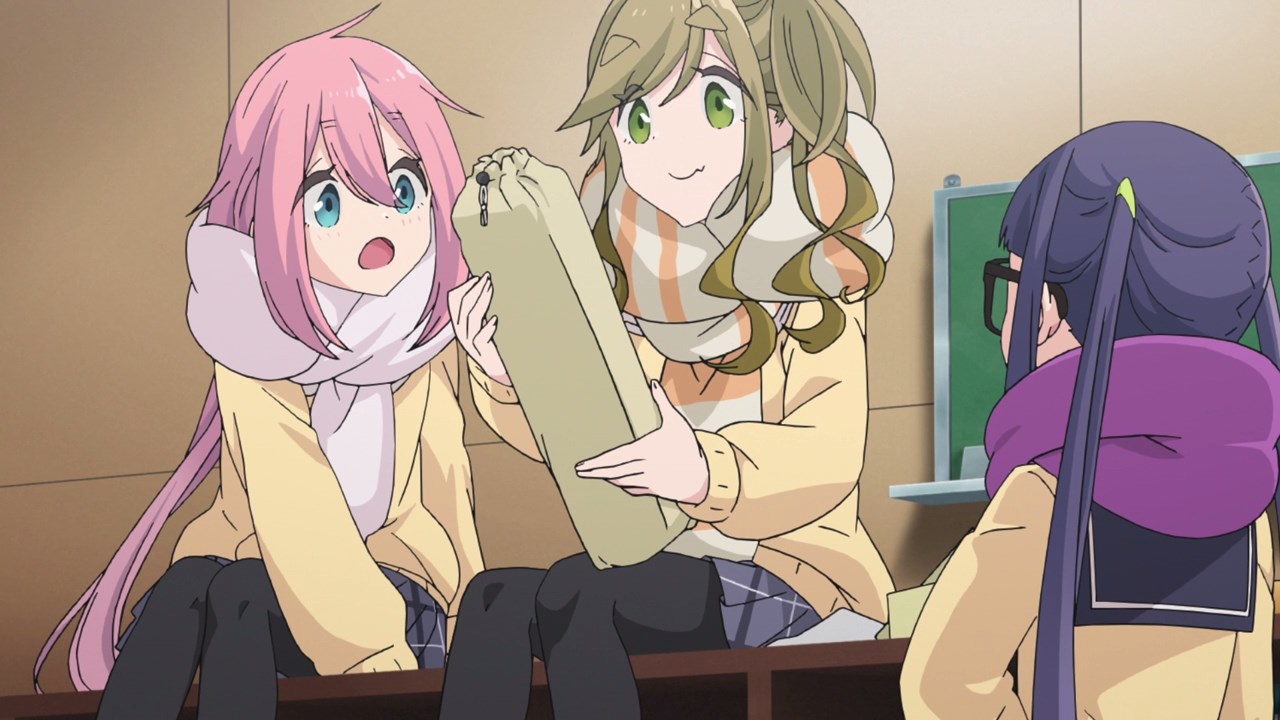 Well everyone, school has finally returned as Chiaki Oogaki showed-off her new hexagon tarp which she bought it using her own money. Glad that Chiaki bought something after working at a part-time job. 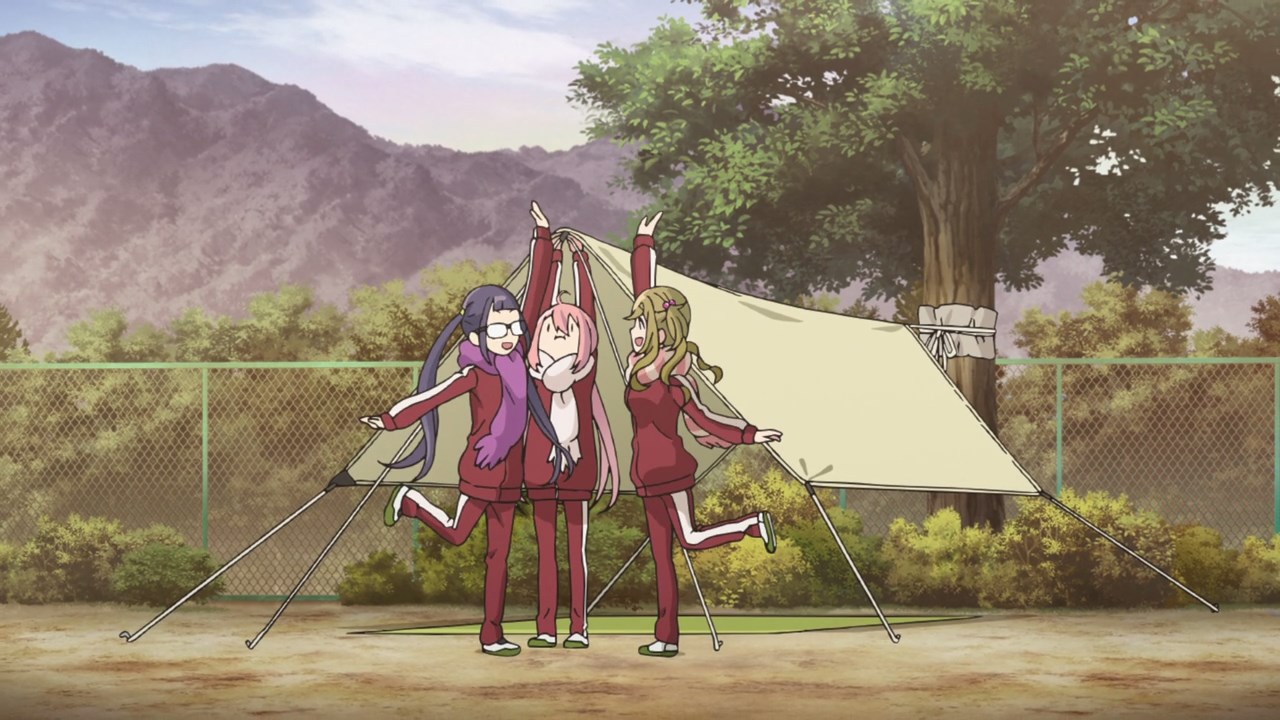 On second thought, I think Oogaki forgot to bring the poles to school which is why Nadeshiko Kagamihara is currently holding the tarp on one side while the other is being tied to a tree. Still, I hope Chiaki will bring the complete set next time. 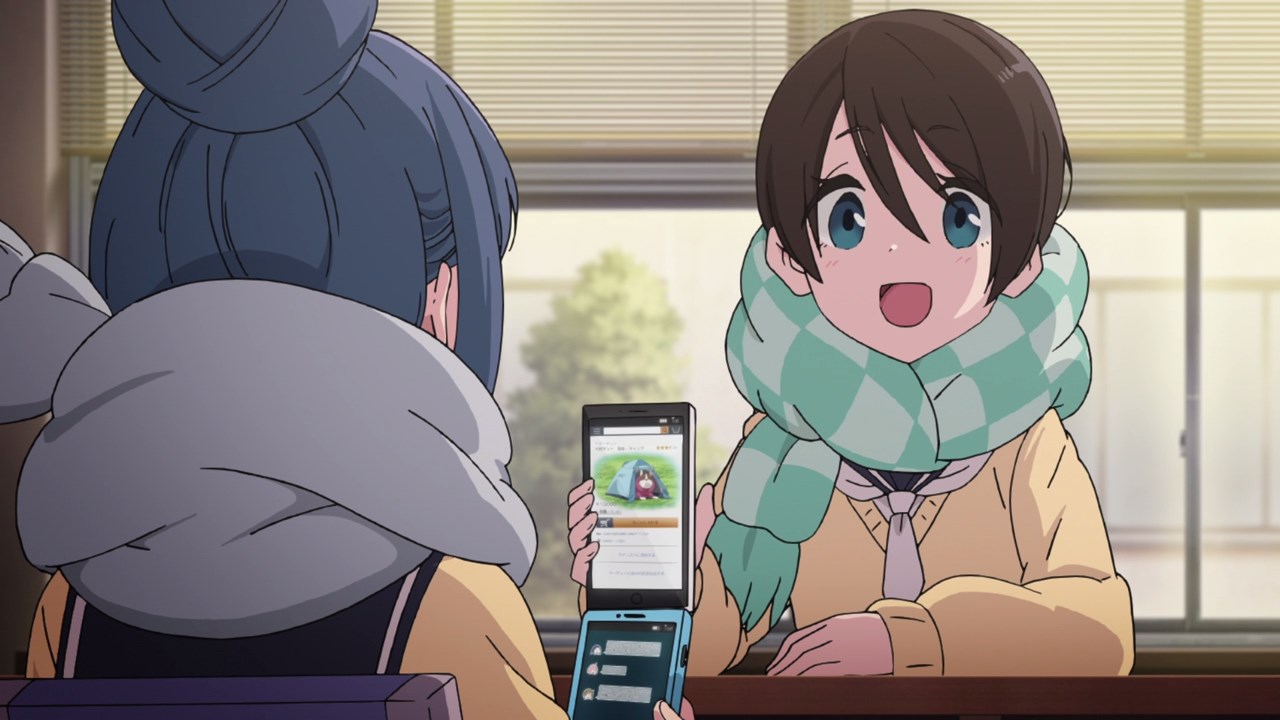 Meanwhile, here’s Ena Saitou where she showed something interesting to Rin Shima. 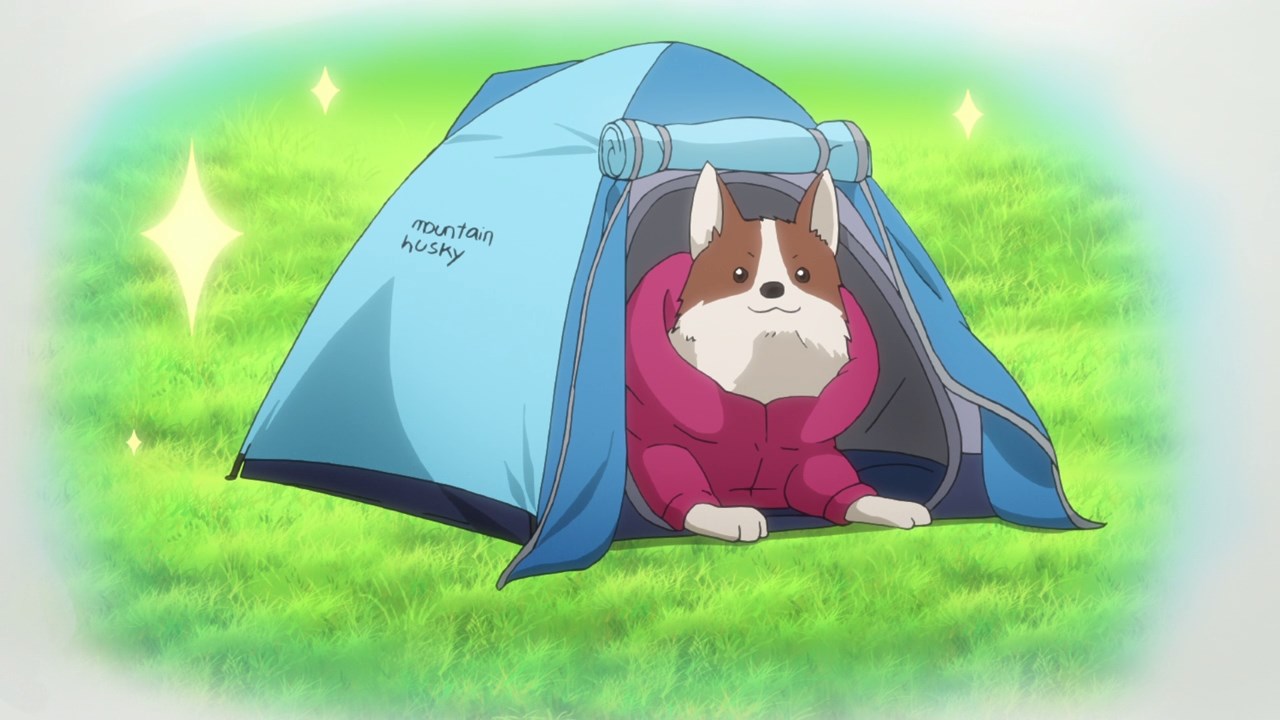 This is a tent for dogs where it’s a perfect accessory for Chikuwa. C’mon, Ena’s dog want to sleep in style. 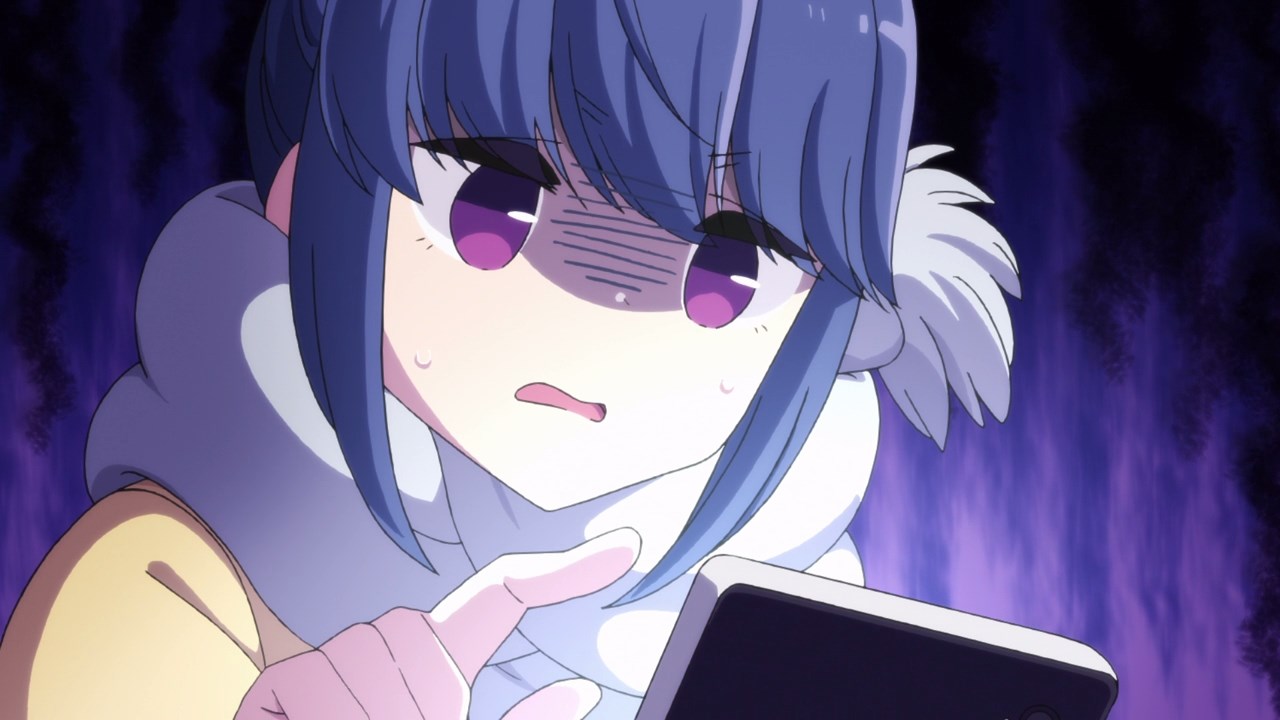 Of course, it’s expensive due to having features that’s comparable to human-sized tents.

Gotta say that Shimarin is shocked that her tent doesn’t look interesting when compared to a dog tent. 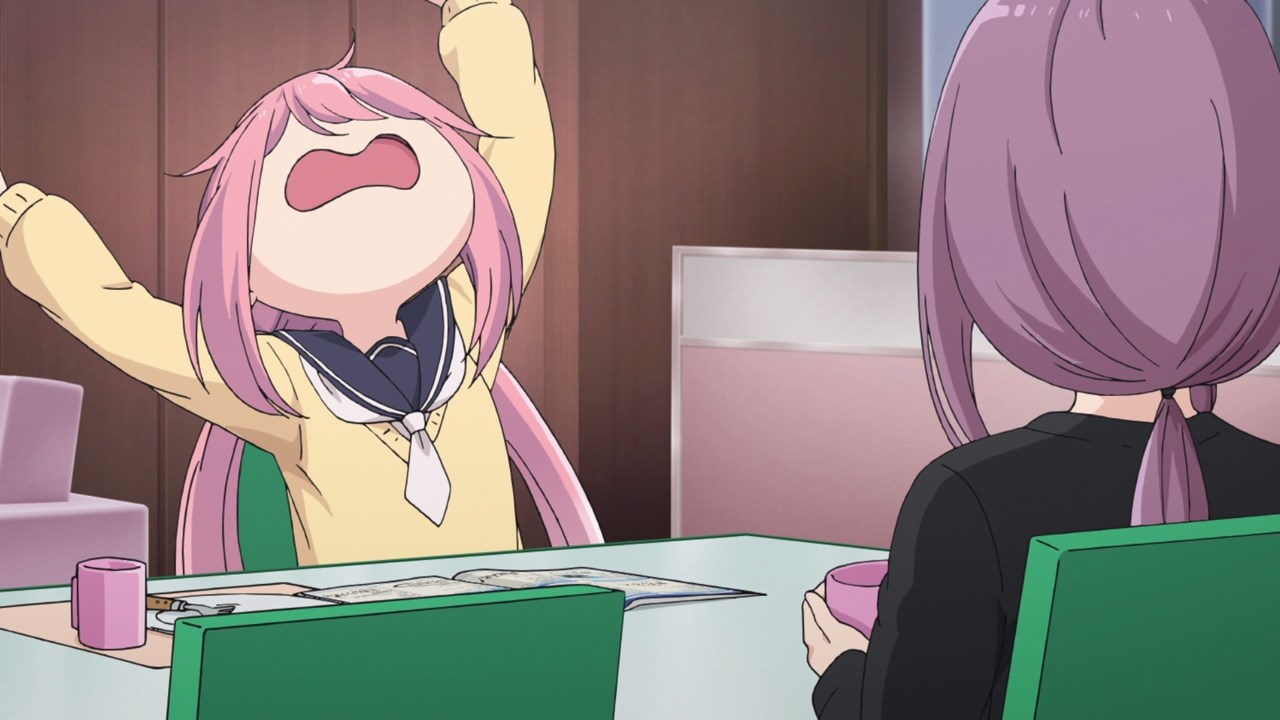 Now let’s return to Nadeshiko Kagamihara where she’s finding a new part-time job. Unfortunately, most of the jobs posted on the magazine are far away from her place. 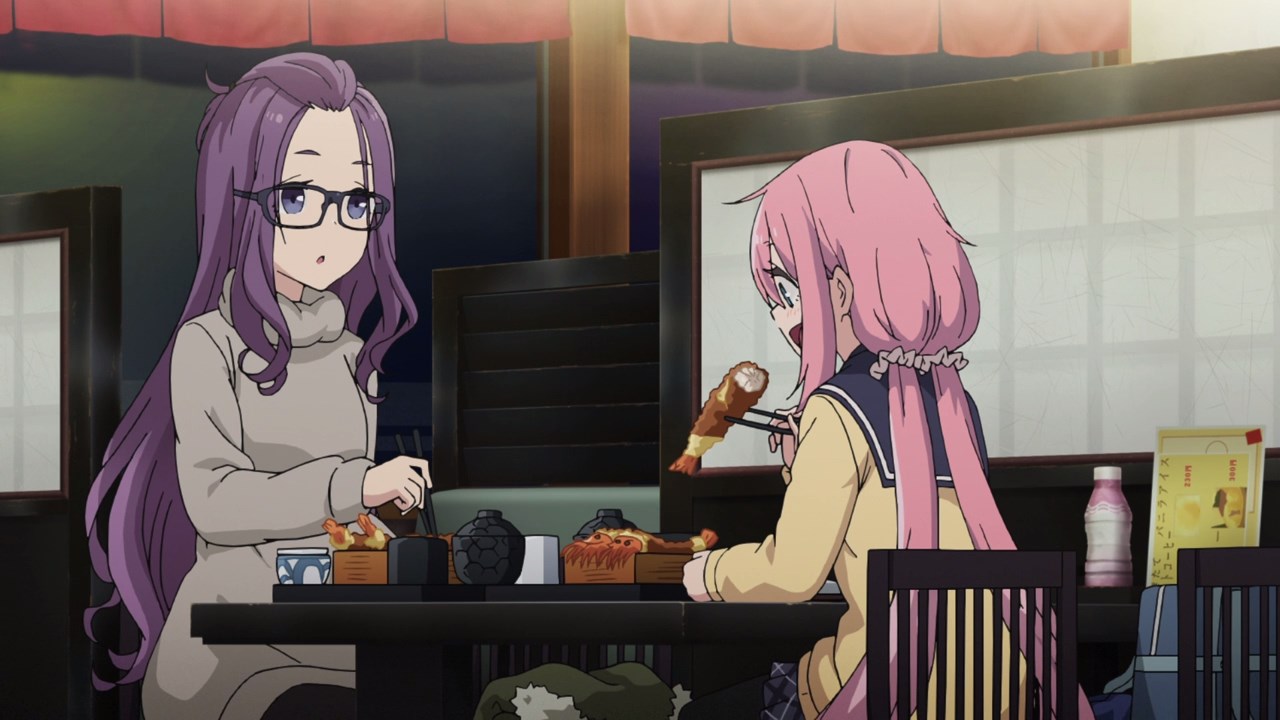 For the time being, Nadeshiko went to a restaurant together with her older sister Sakura. Gotta eat first before finding her next part-time job. 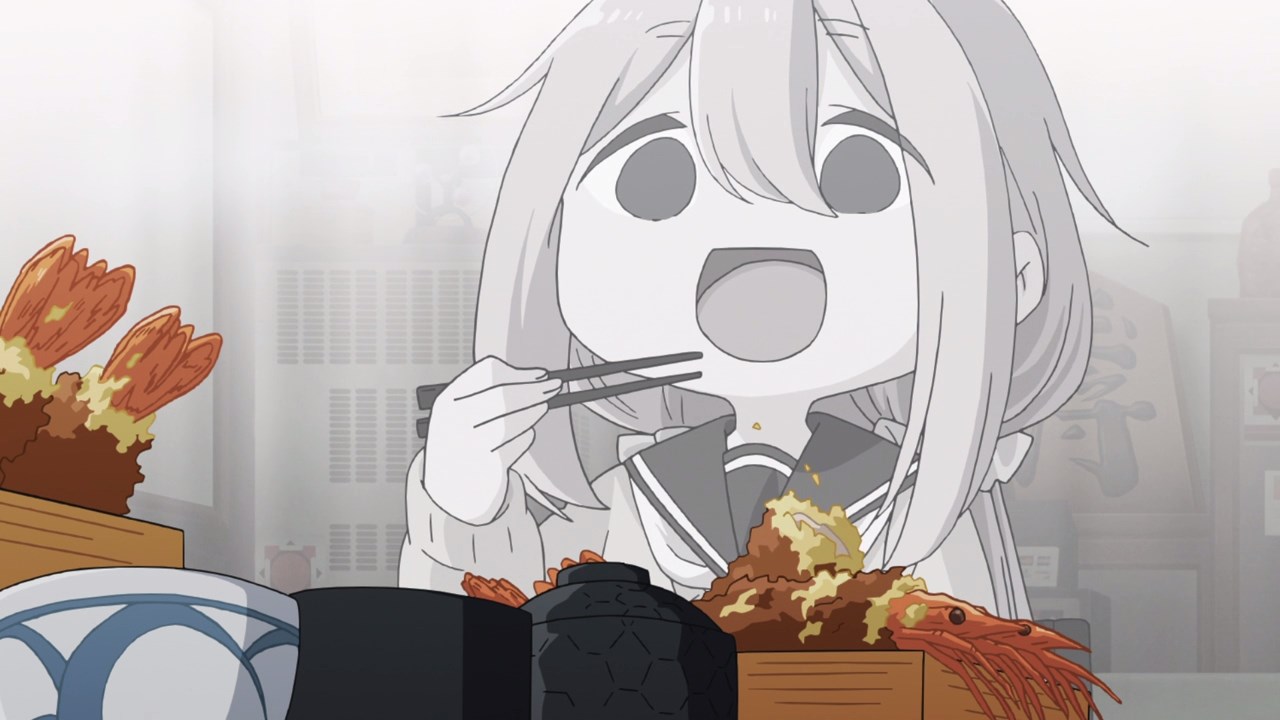 Sadly, it appears that Sakura wants Nadeshiko to pay the tempura set with her own money. Yeah, her hard-earned cash from her previous job. 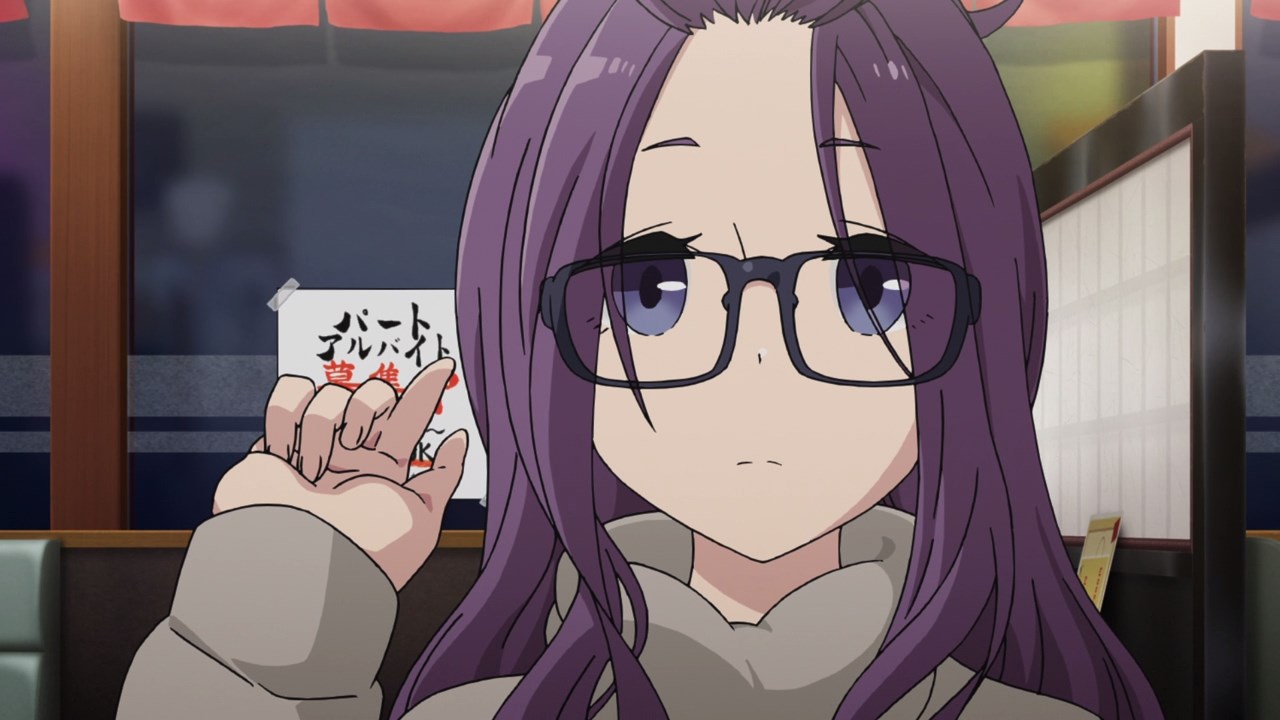 Just kidding, Sakura won’t do that as she’ll pay the meal. More importantly, it appears that this restaurant is hiring part-timers. 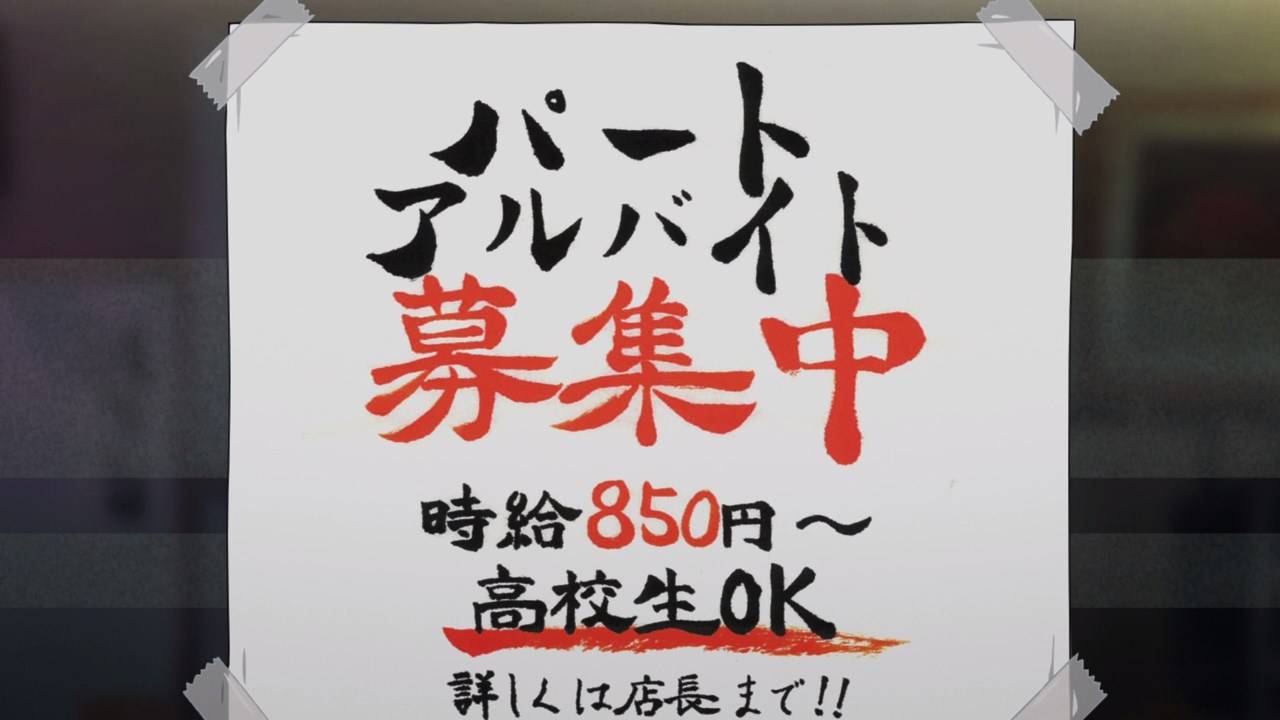 With a daily pay of 850 yen, I think this part-time job is good for Nadeshiko as she’s aiming to buy some camping equipment. 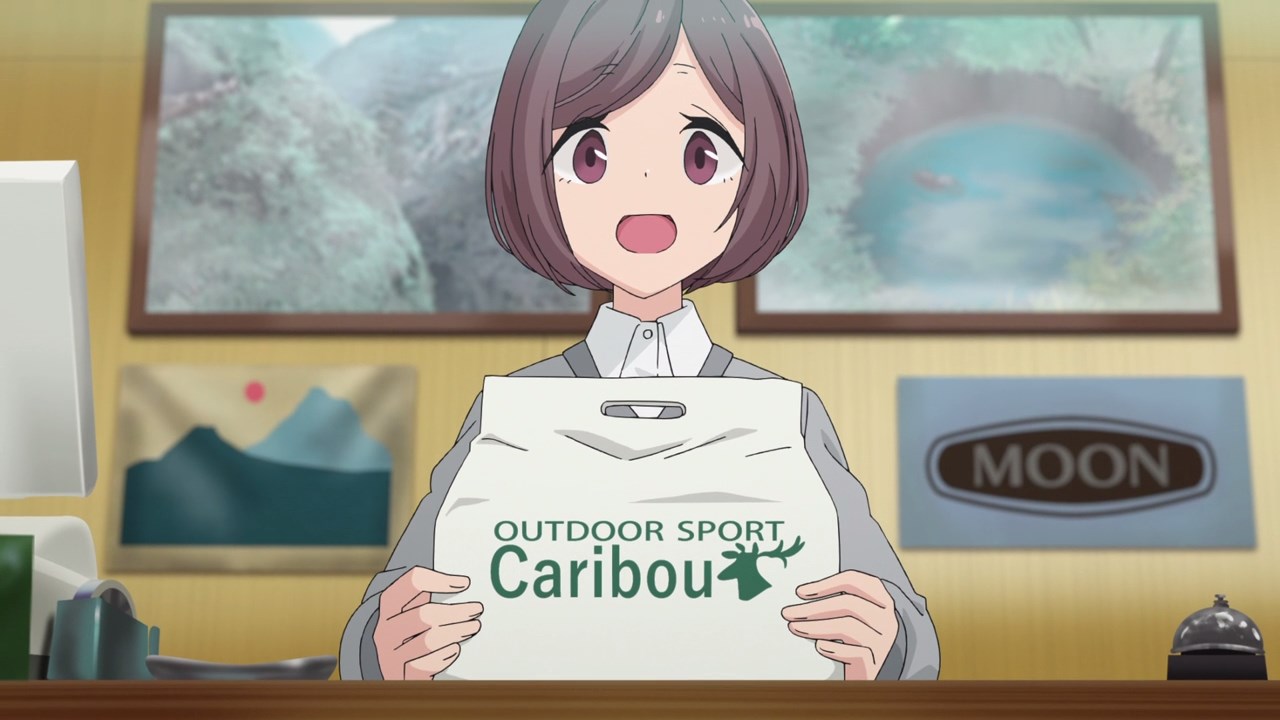 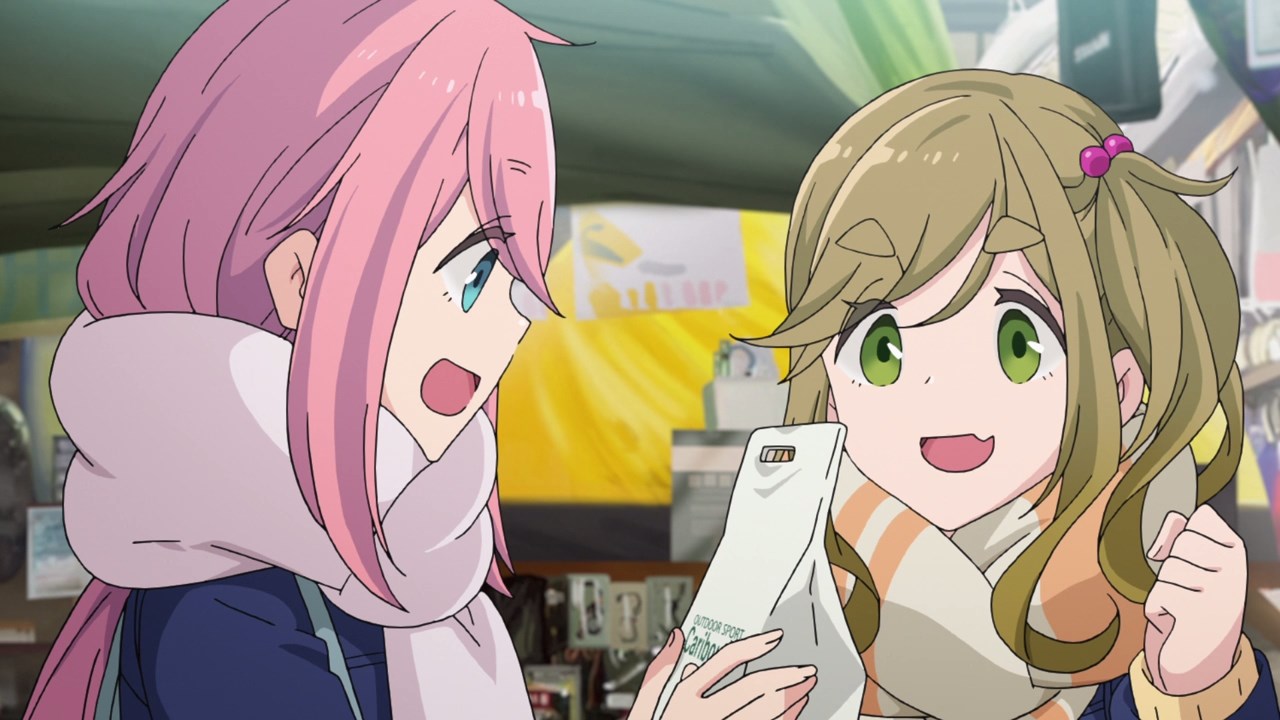 Now then, it appears that Nadeshiko finally bought a glass lantern from Caribou using her hard-earned cash. Of course, she needs to be careful though as buying a replacement is expensive. 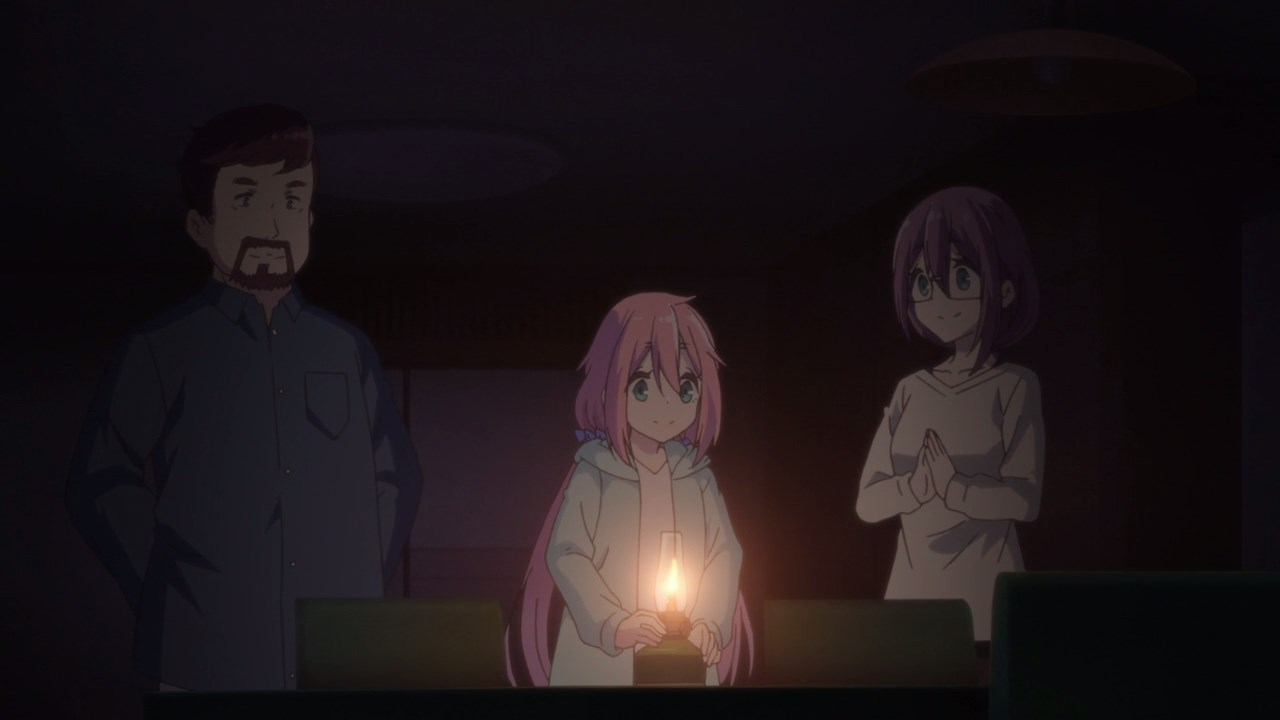 But hey, I’m glad that she bought something after working part-time. I can’t wait for Nadeshiko to go camping in style. 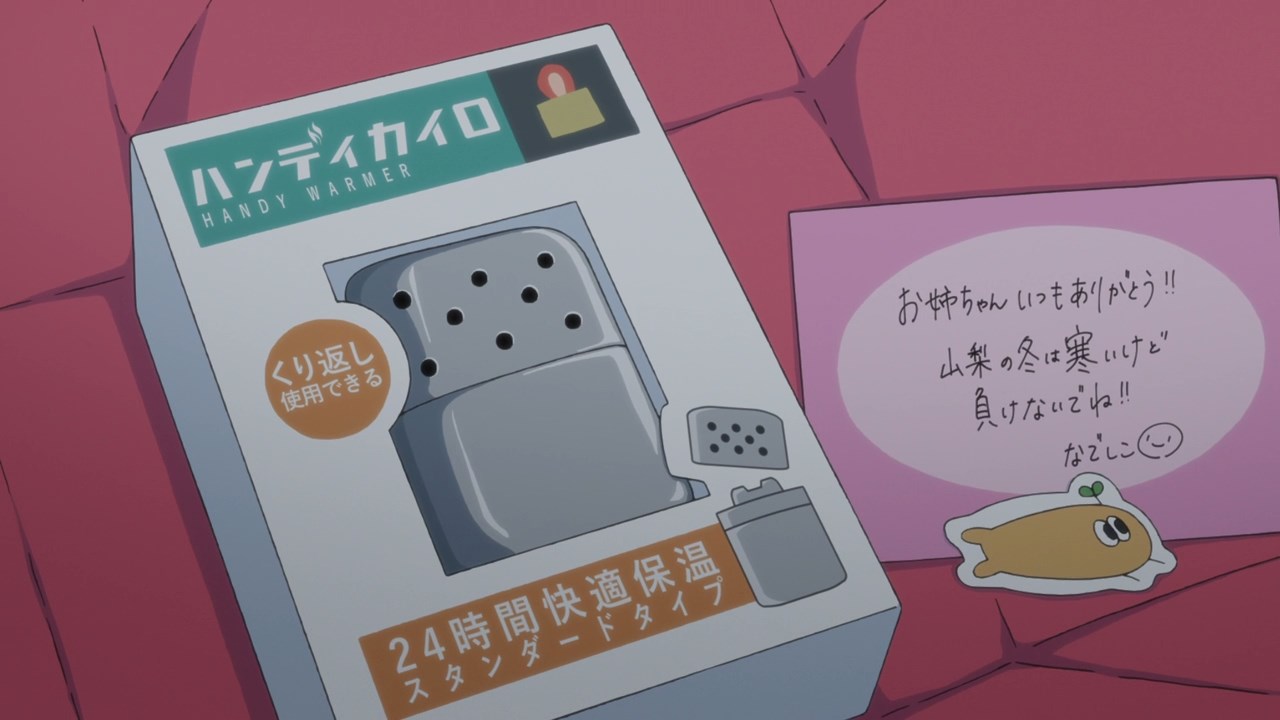 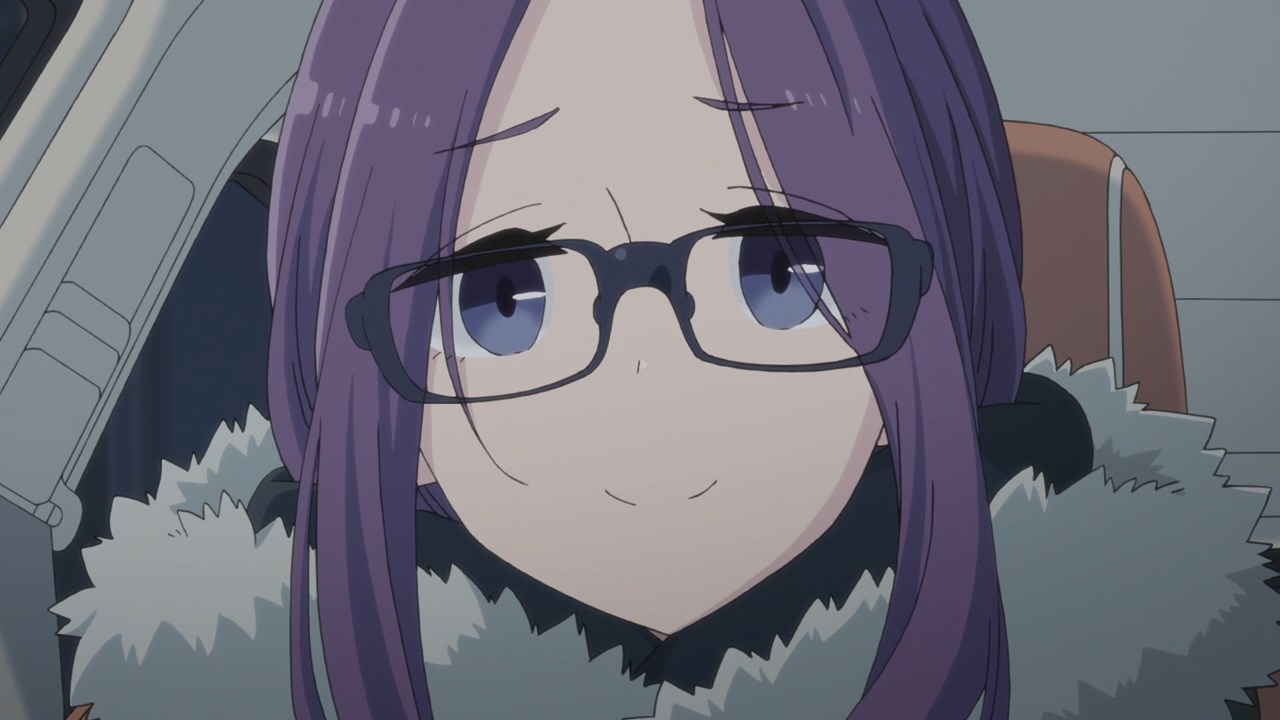 One last thing, looks like Nadeshiko bought an oil heater for Sakura in which she’s really happy to have a gift from her little sister. Anyways, I’ll see you next time!