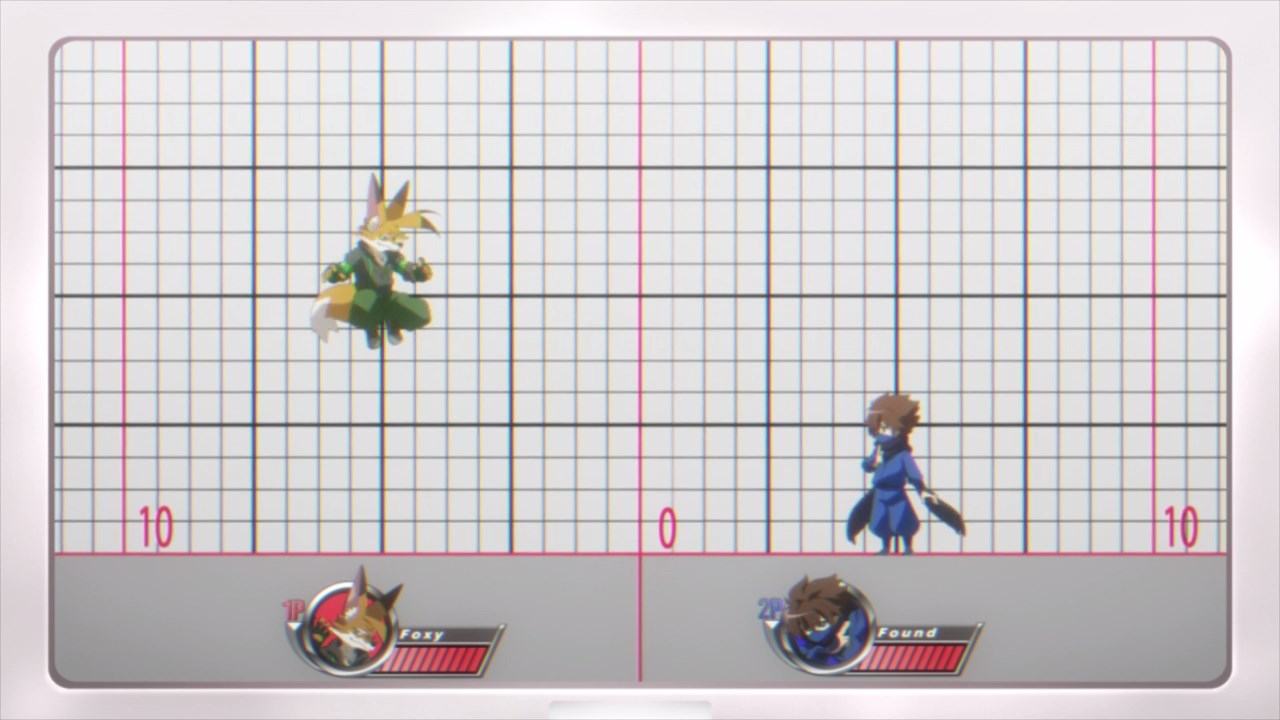 This is Super Attack Families or TackFam for short as it’s the most popular platform fighter game not only in Japan but around the world.

It’s a simple game where everyone can play, but it’s also hard to master due to various techniques like short hops, wave-dashing, etc. Hence, some people like Fumiya Tomozaki play TackFam seriously because of its deep learning curve. 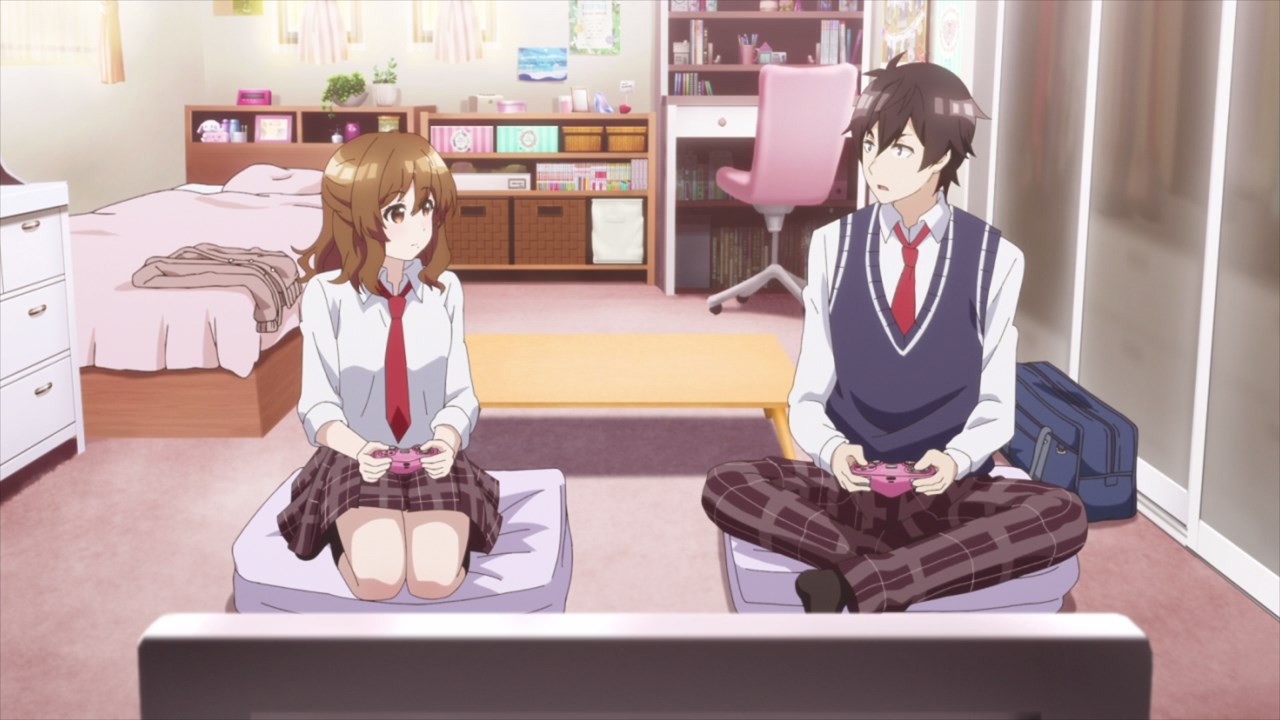 But for Yuzu Izumi however, she’ll have a hard time learning the fundamentals as well as advanced techniques since Yuzu is a beginner.

Fortunately, Tomozaki-kun will teach her how to get good at playing TackFam through repetition and memorization. Of course, she doesn’t need to learn all characters as Izumi will play one or two characters and learn the basics from there. 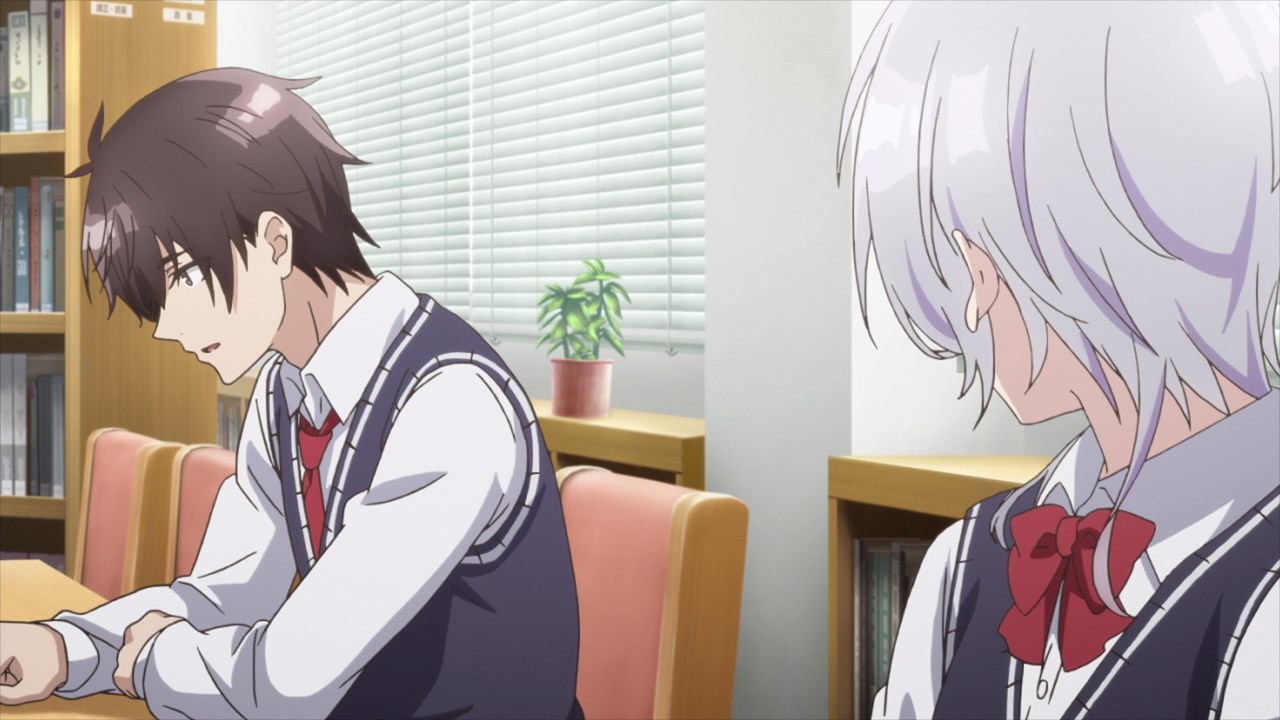 Speaking of Fumiya Tomozaki, he went to the library where he confessed to Fuuka Kikuchi that he didn’t read any of Michael Andi’s works. Well, at least he told the truth instead of continuing his lie on being an avid Michael Andi fan. 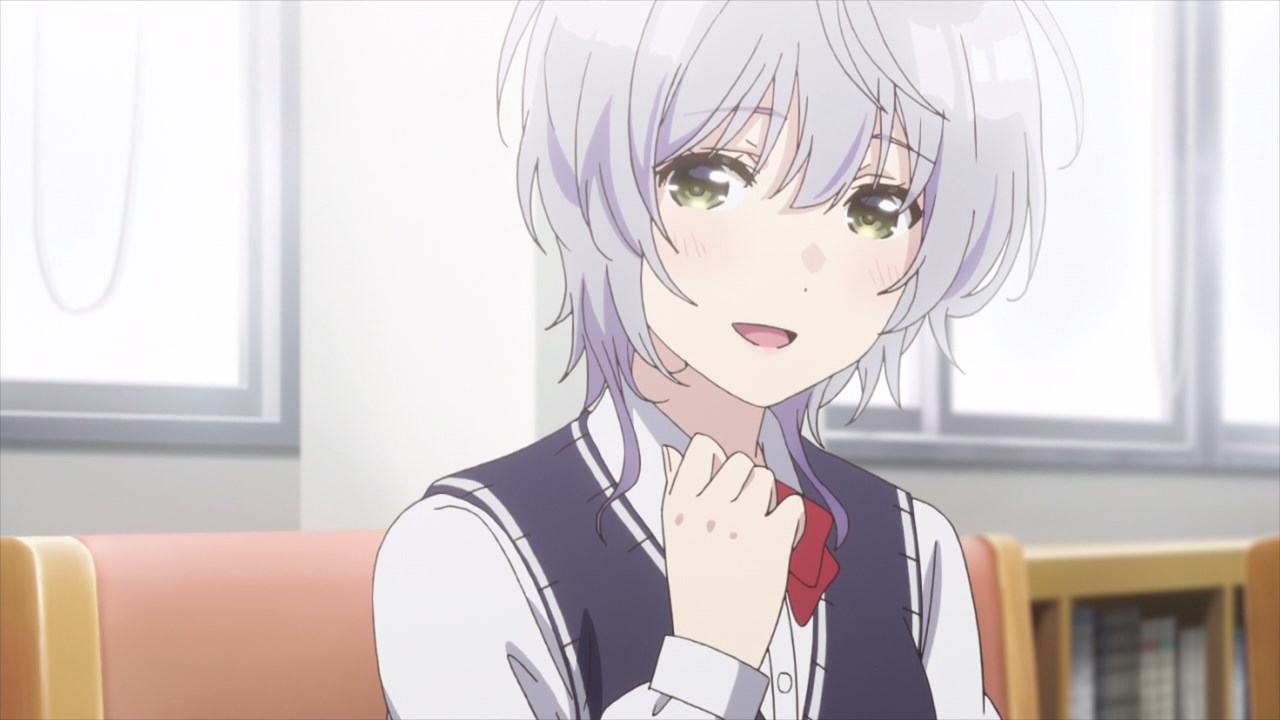 Fortunately, looks like Fuuka Kikuchi is okay about his answer as she’s not feeling disappointed or anything. Still, I hope Tomozaki-kun will have some time reading Michael Andi’s works. 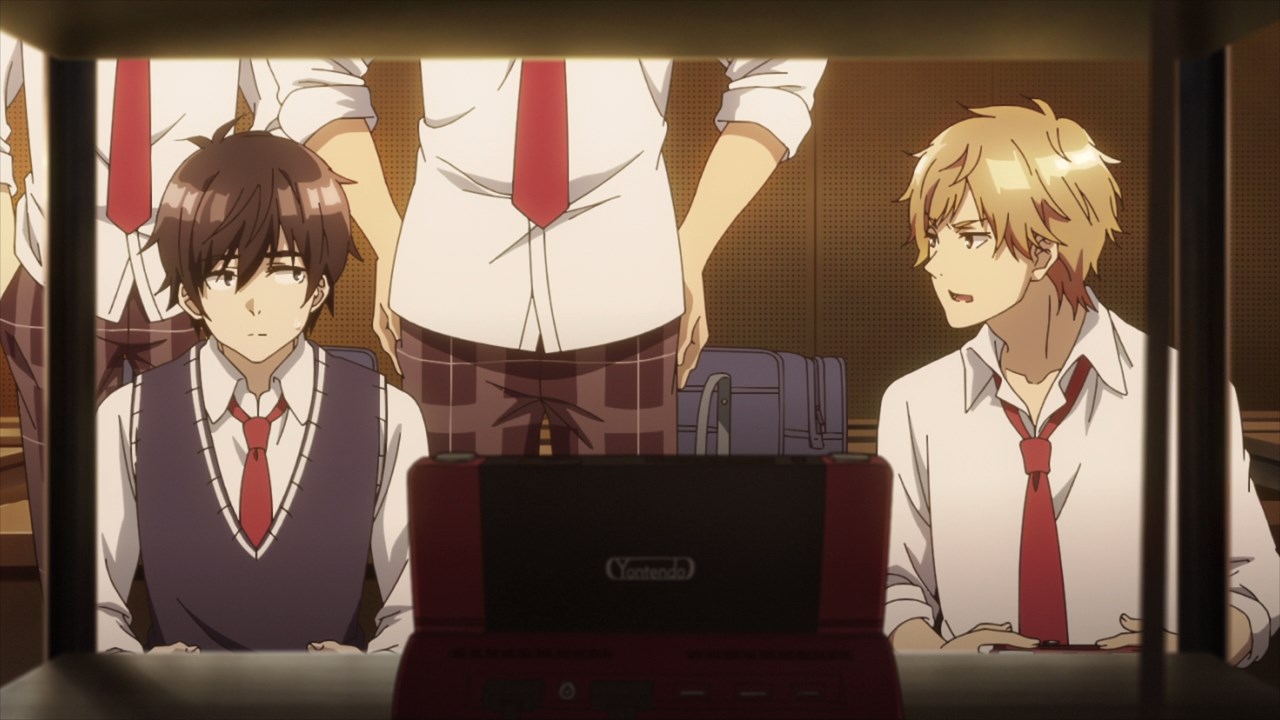 Now then, here’s Shuji Nakamura where he challenged Fumiya Tomozaki to a game of TackFam.

By the way, Nakamura blamed the game after losing to Tomozaki, so I’m worried that he’ll rage-quit again when Shuji takes the L. 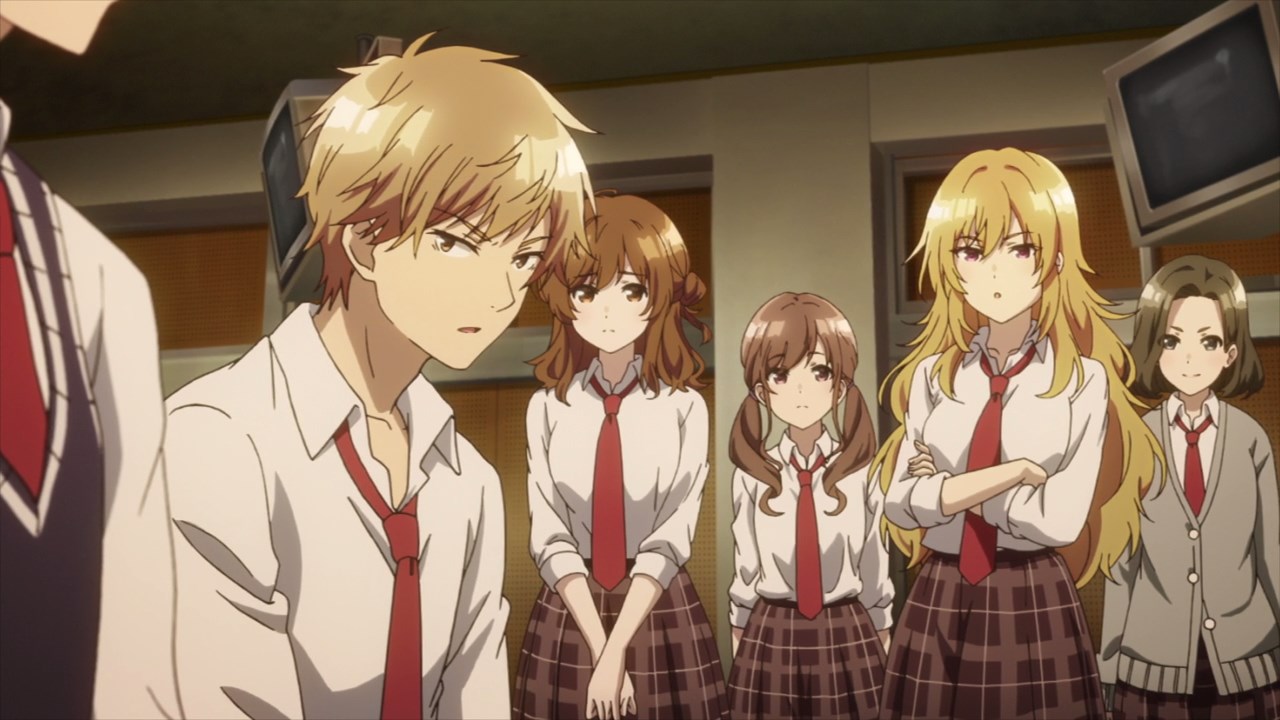 Oh, and Nakamura is being watched by Erika Konno and her friends, as well as Yuzu Izumi where I was wondering if she got better at playing TackFam. 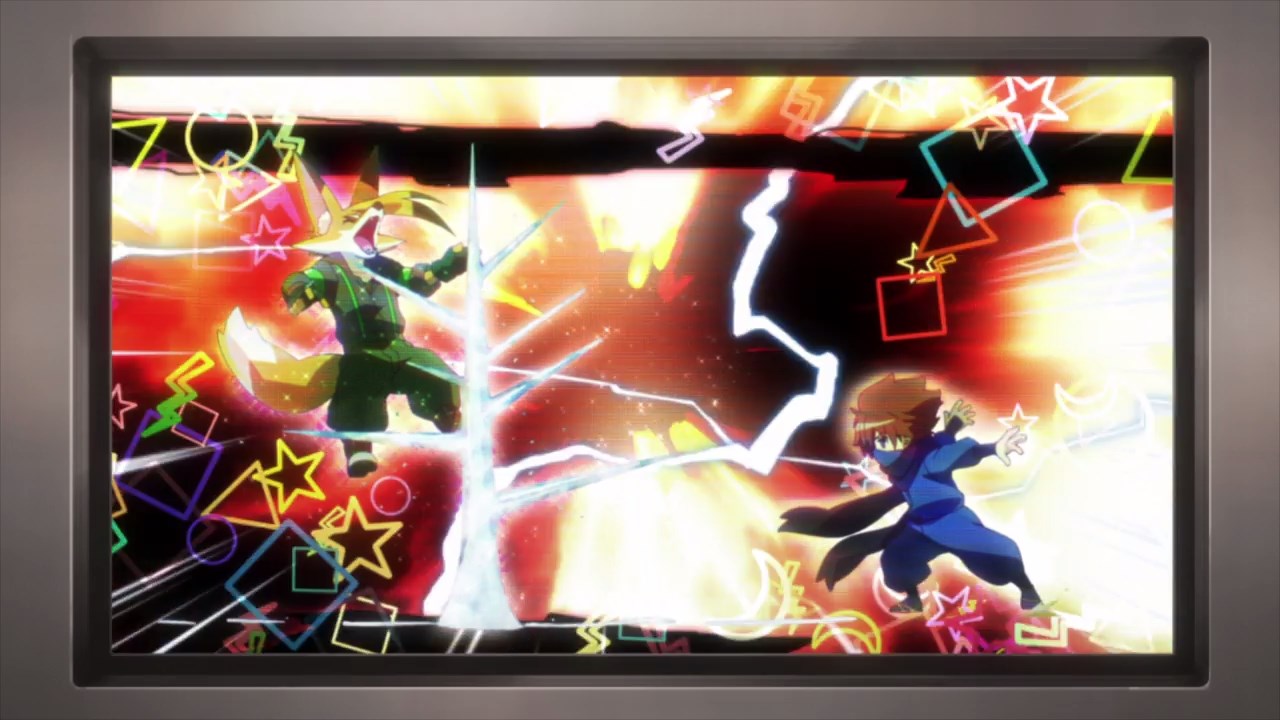 But anyways, it’s time for Tomozaki and Nakamura to play some TackFam, although the former took the win over the latter. Not surprising since Fumiya is good at the game. 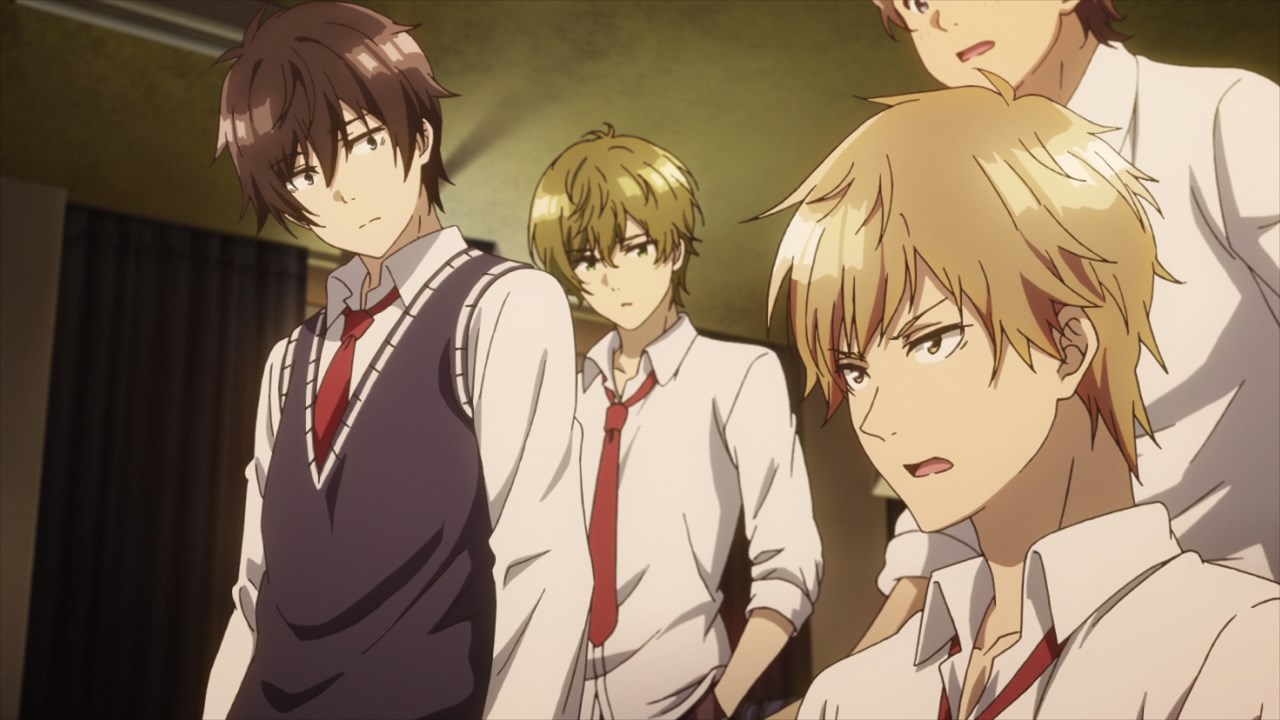 But for Shuji however, it appears that he wants to continue fighting until he gets a single victory.

Okay, it’s strange that Nakamura didn’t rage-quit and blame the game for his loss. Could it be that he’s taking the game seriously? 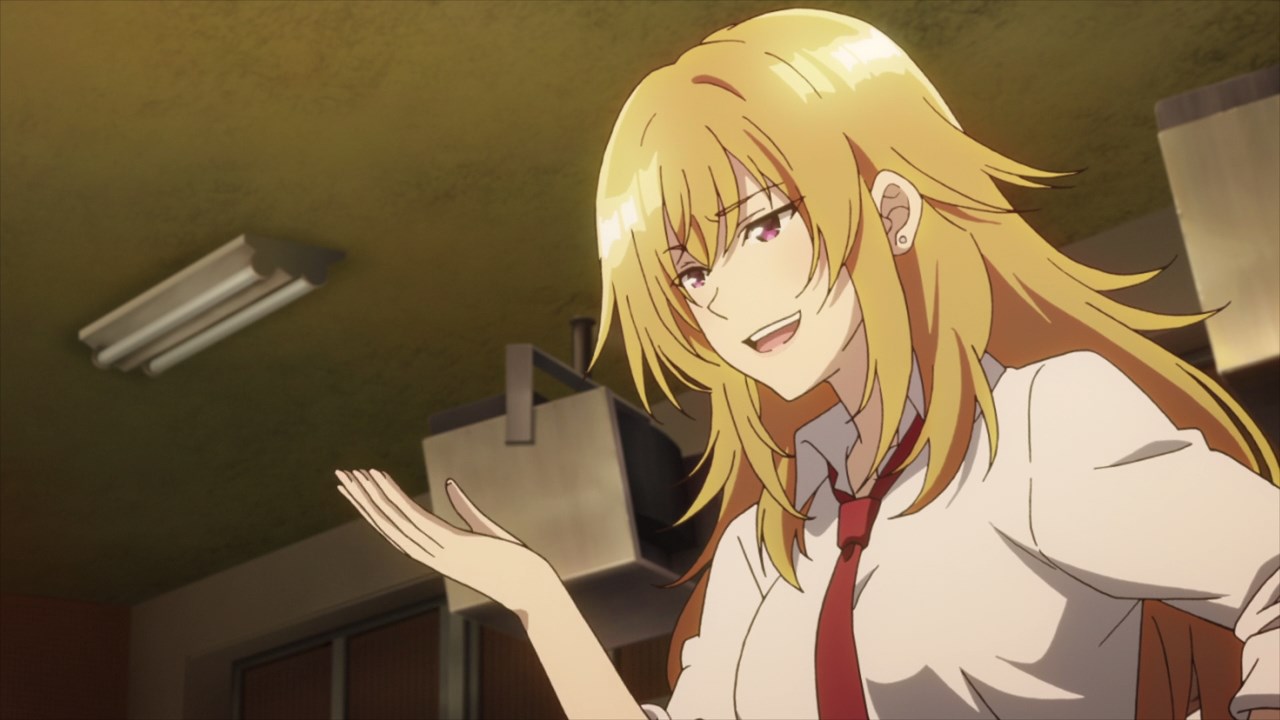 Meanwhile, it appears that Erika Konno found this duel to be a waste of time as Shuji Nakamura keeps losing over Fumiya Tomozaki.

Heck, she even mock the game for being stupid. Um Konno, you shouldn’t say that in front of Tomozaki-kun! 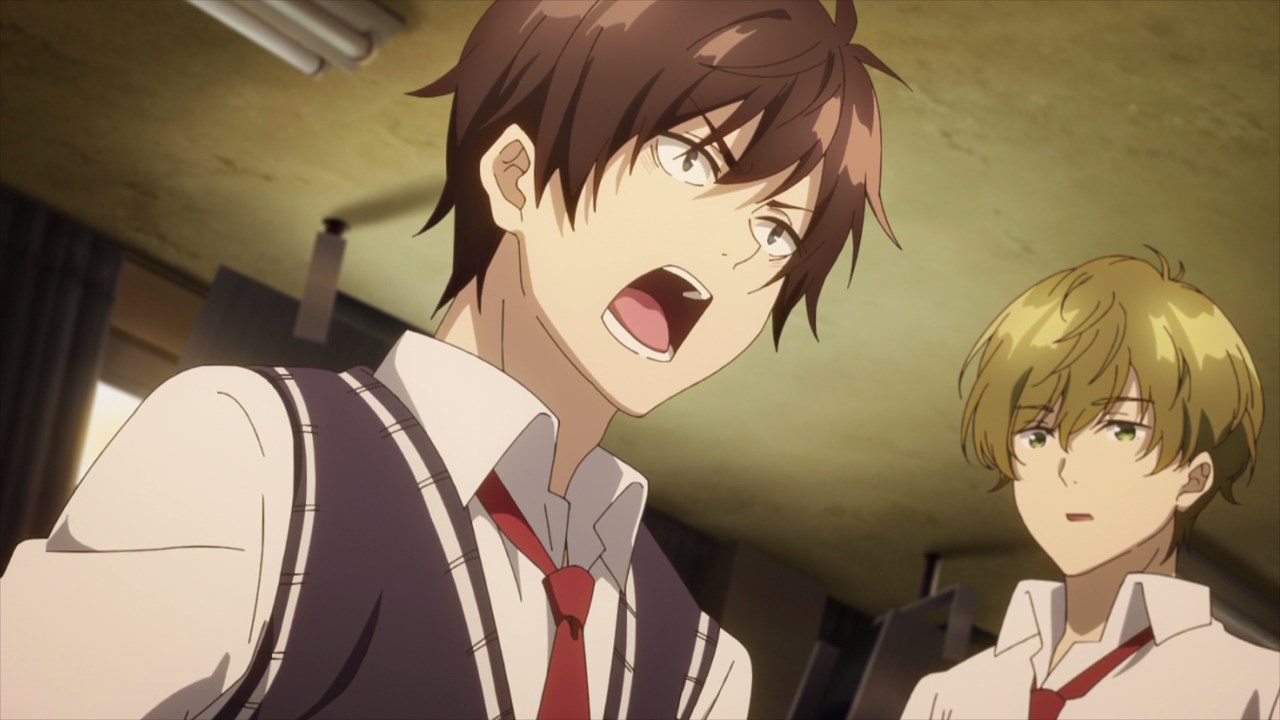 But anyways, looks like Fumiya Tomozaki calls Erika Konno out for calling TackFam as a trashy game. I mean, he doesn’t like anyone trashing his game if they haven’t played it. 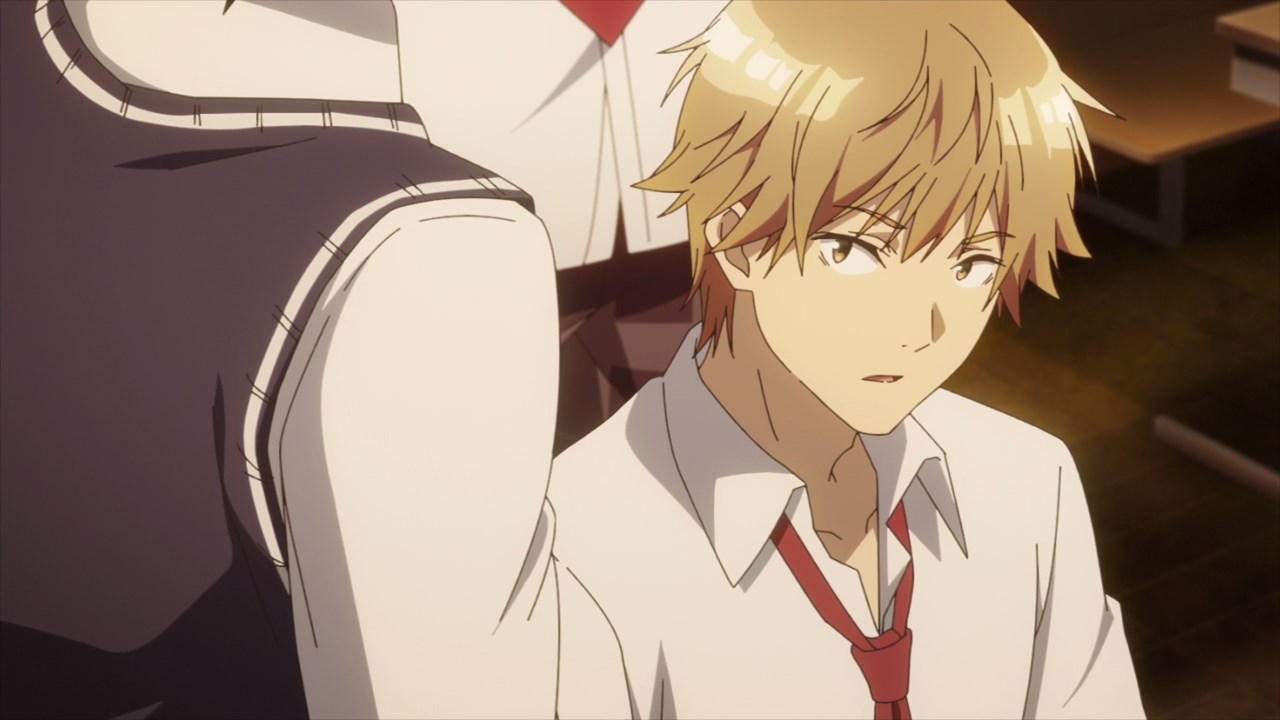 Furthermore, he doesn’t like anyone mocking those who poured their time on mastering TackFam. Even Shuji Nakamura is surprised that Fumiya Tomozaki is defending him. 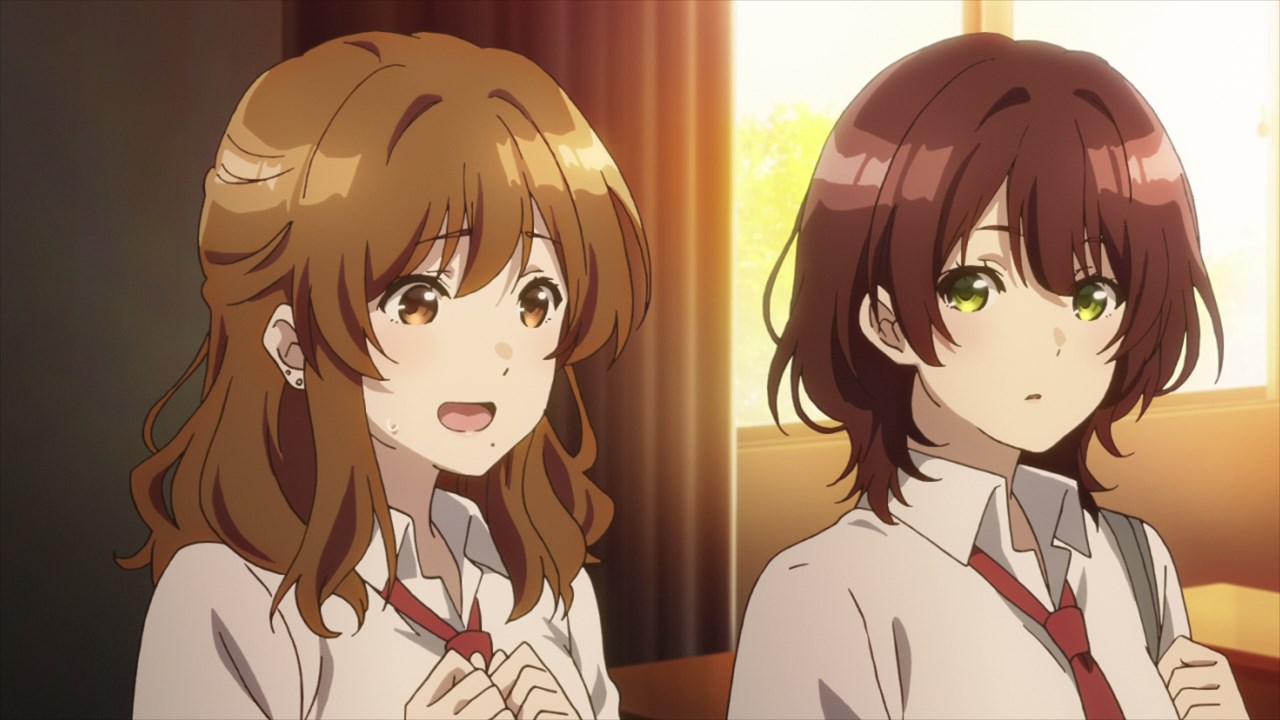 Oh yeah, and here’s Yuzu Izumi where she’s joined by Aoi Hinami as Yuzu told everybody that she started playing TackFam seriously.

Speaking of Hinami, let’s not forget that she play TackFam too but Aoi can’t tell them right now due to her perfect student status. 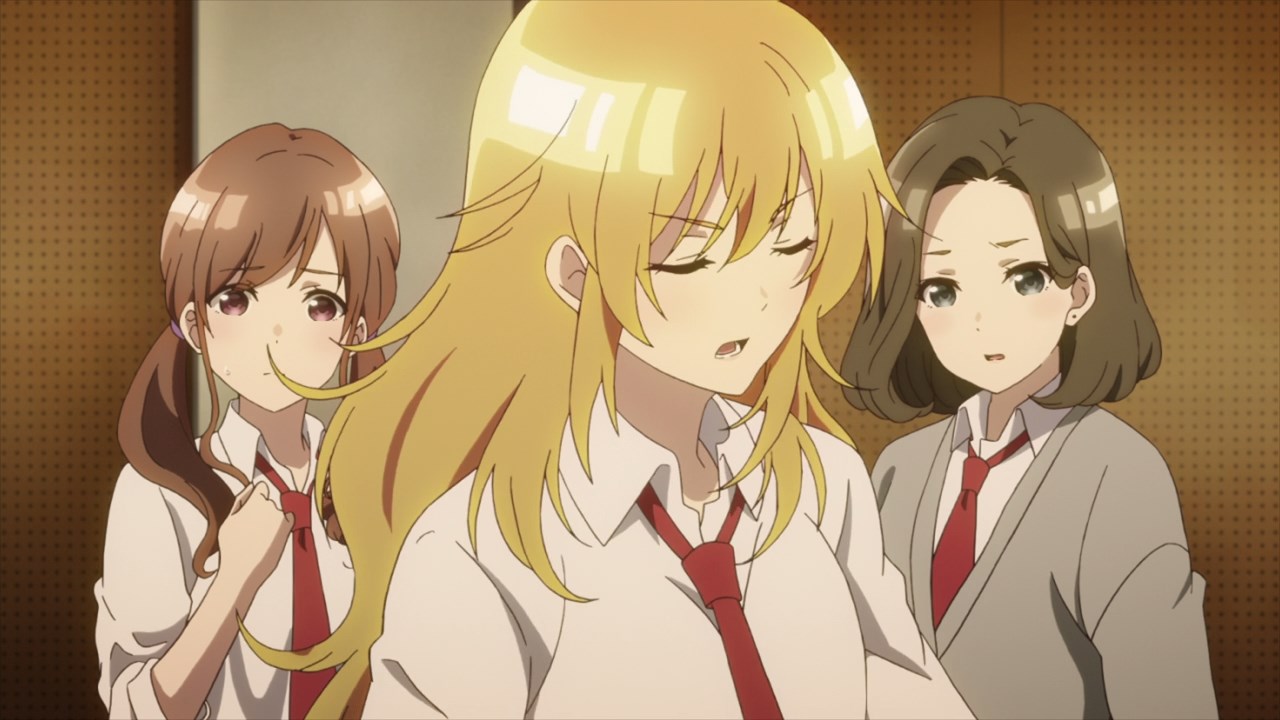 Anyways, looks like Erika Konno got bummed-out as she and her two friends decided to leave. Never underestimate the power of gamers, Erika! 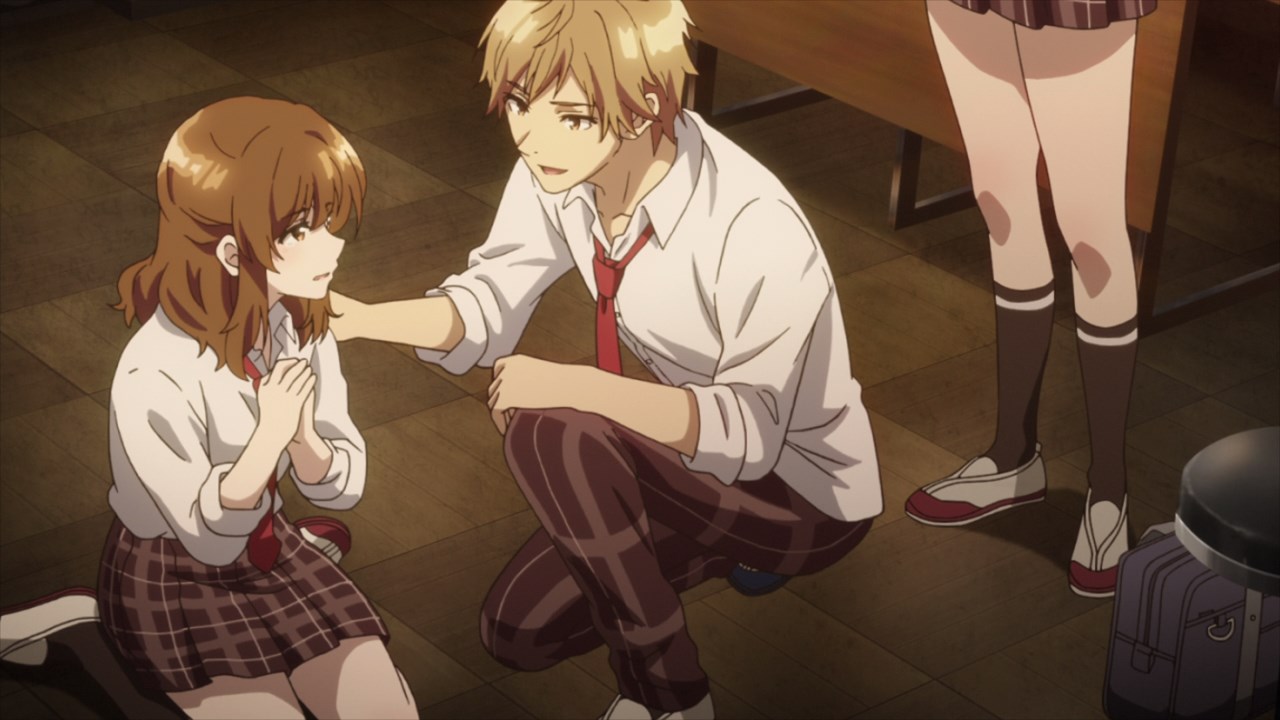 Of course, Yuzu got a little scared because she feared that Erika might attack her.

Good thing Shuji is here to calm her down but anyways, the duel is finally over as Nakamura told Tomozaki that he’ll win next time. Let’s hope that he got better though. 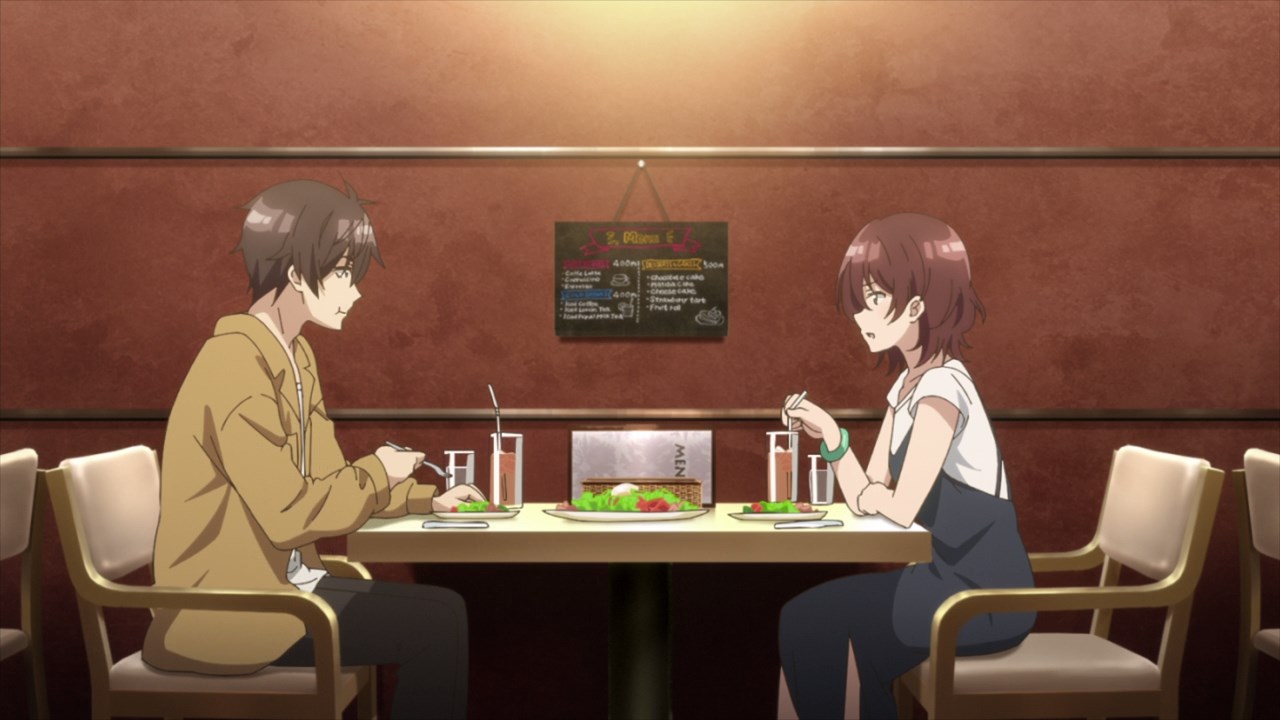 One more thing, here’s Aoi Hinami where she remind Fumiya Tomozaki to take Fuuka Kikuchi as his girlfriend. Oh yeah, and Aoi told Fumiya that she wants to watch a movie together.

Well then, I have to say that Fumiya Tomozaki got a bit braver ever since he defended his favorite game from detractors like Erika Konno. Still, he needs to get better at his social skills in order to survive the shitty game that is real life. Anyways, tune in next time!