Posted on February 2, 2021 by benigmatica 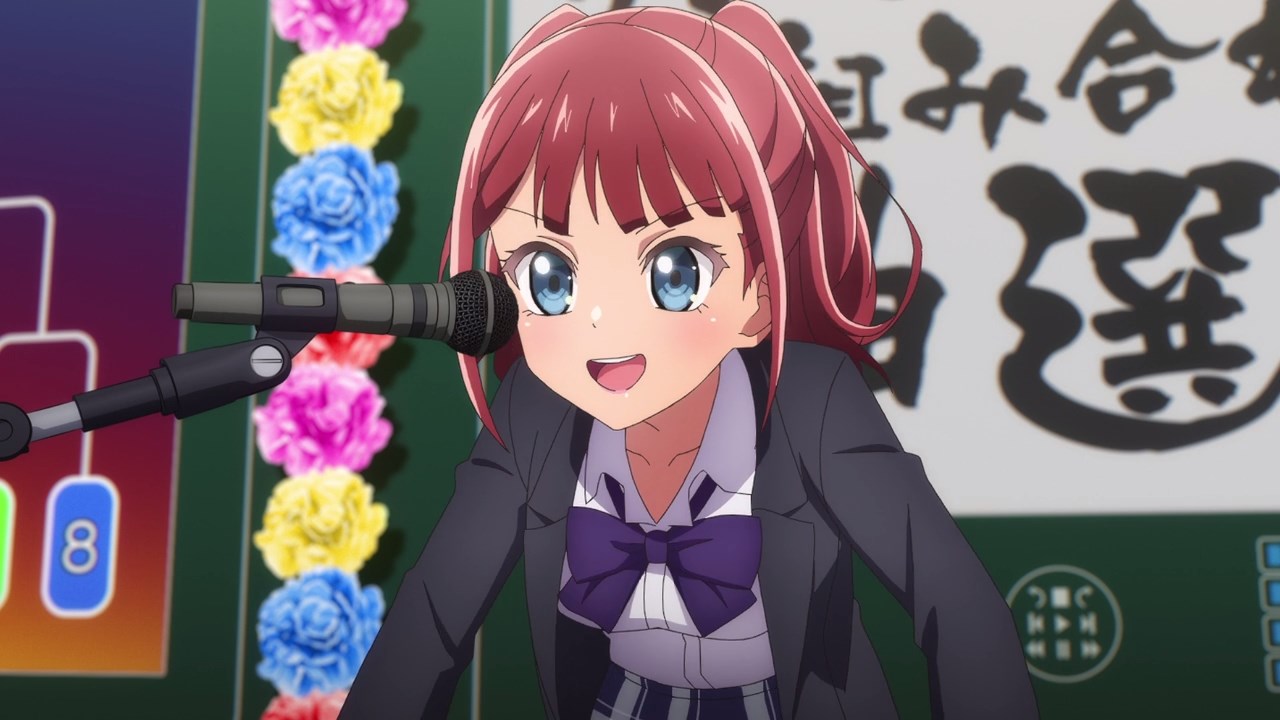 This is it ladies and gentlemen, it’s the final episode of D4DJ First Mix where it’s time to see the tournament bracket in Sunset Stage. 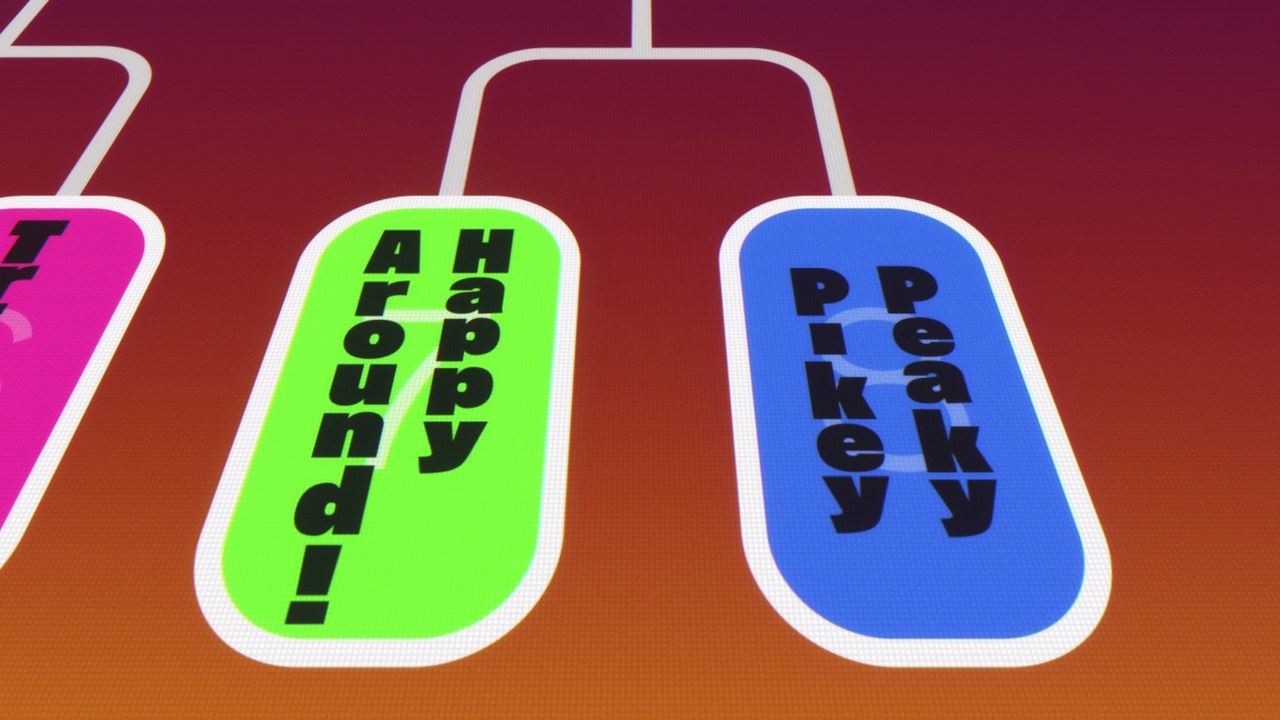 And look what we have here, it appears that the first round will see Happy Around taking on Peaky P-key. Very surprising to see an underdog taking on the biggest DJ unit in Yoba Girls’ Academy. 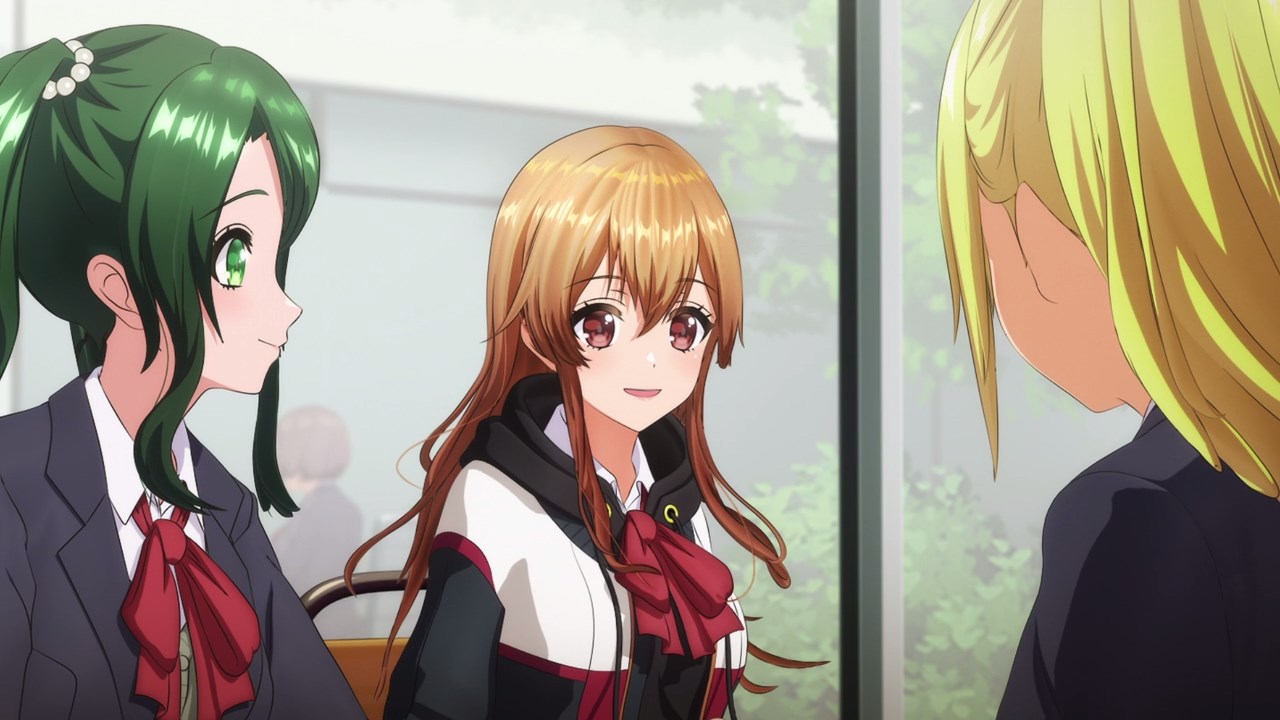 For Kyouko Yamate, looks like her DJ unit is destined to take on Happy Around ever since Rinku Aimoto and the rest are getting better. 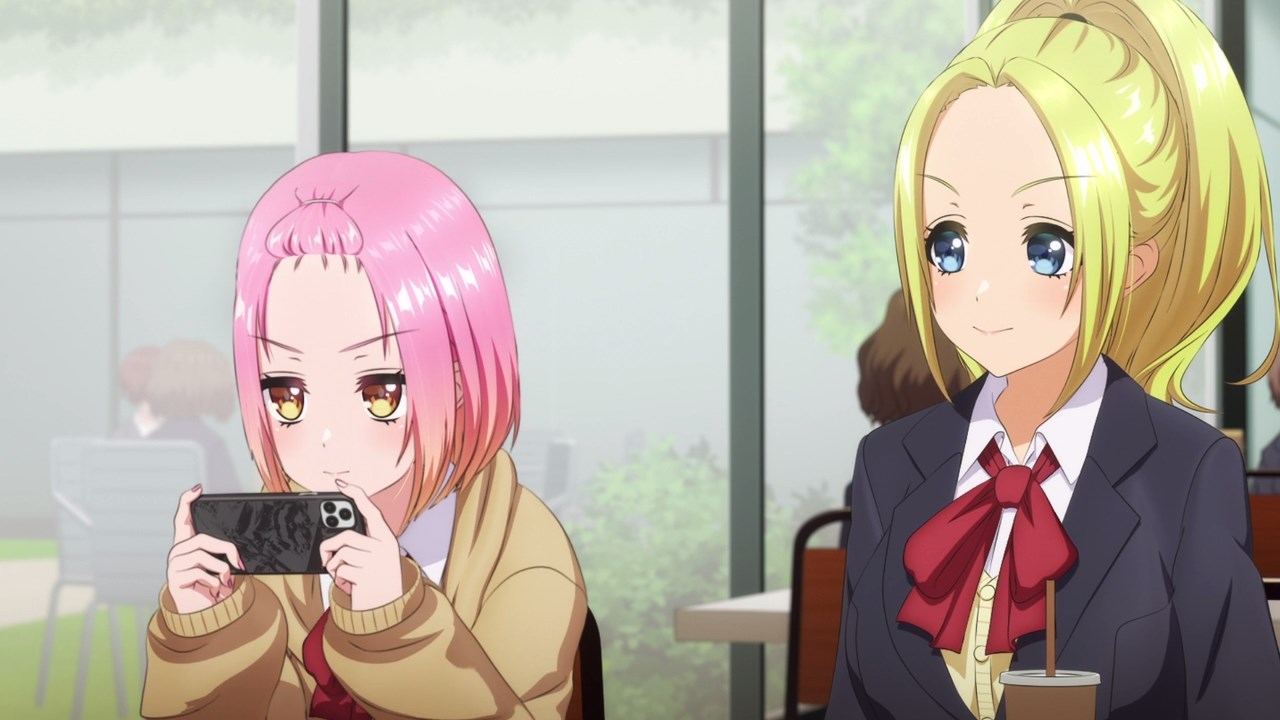 But for Shinobu Inuyose however, it appears that it’ll be an easy win for Peaky P-key since they’re DJ veterans. 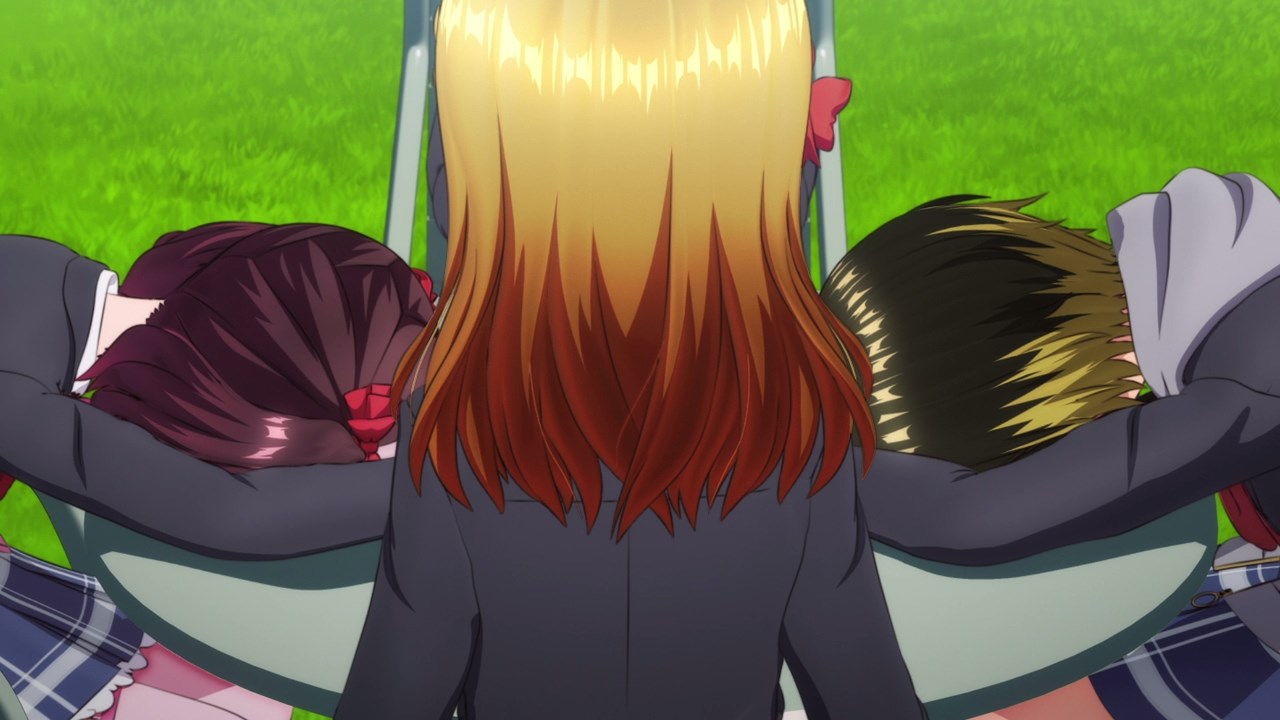 Meanwhile, Muni Ohnaruto and Maho Akashi are feeling depressed because they’re gonna face Peaky P-key. Understandable because they’re just starting out and fighting a giant on the first round is suicidal. 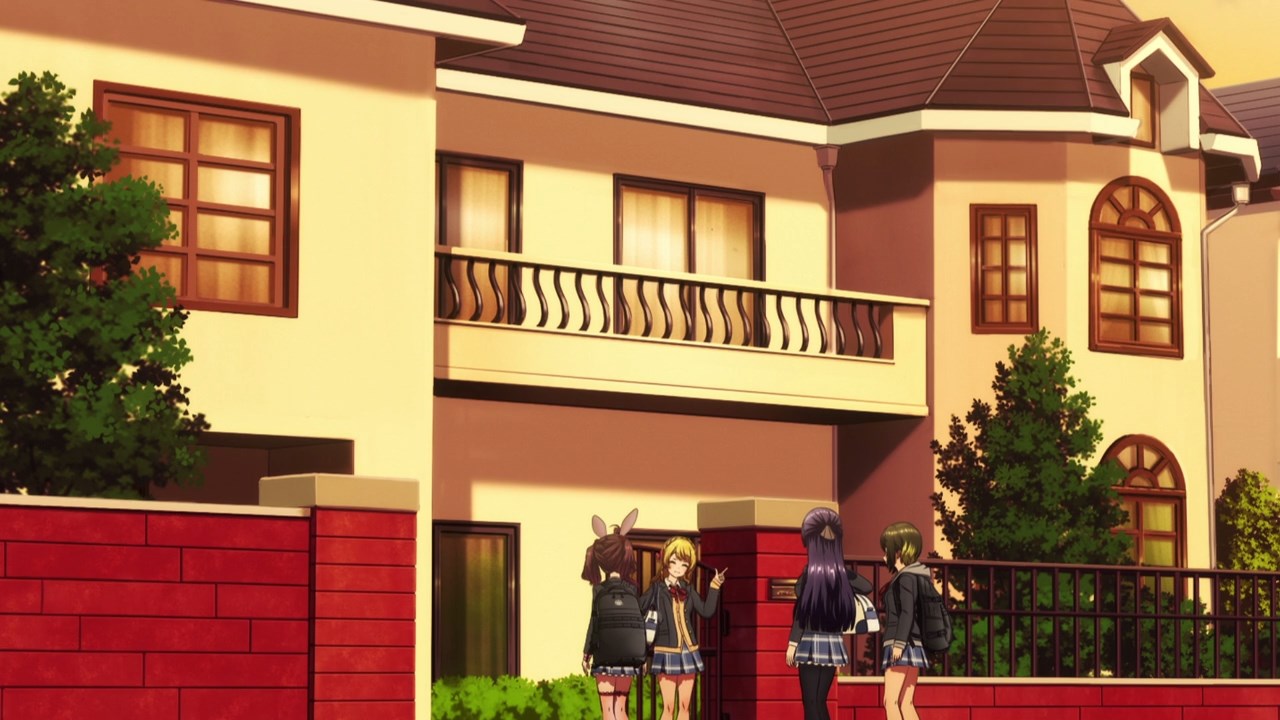 Now then, Rinku invited her friends to her house where it looked like a mansion rather than a small shed. Even Muni-chan is surprised on how it went bigger than she remembered. 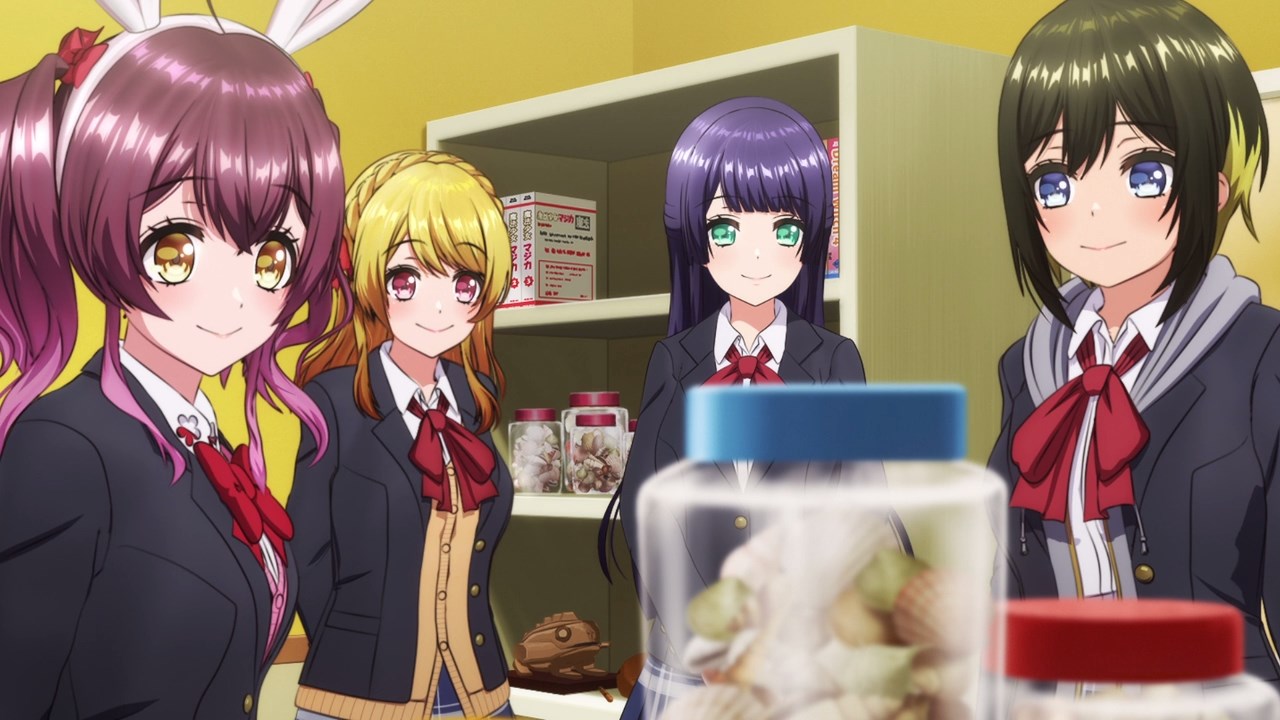 Oh yeah, looks like Rinku’s room is full of seashells and other items she gathered from various African countries. C’mon, Rinku and her parents traveled a lot.

Seriously though, Rinku formed a DJ unit in such a short time after she gave a seashell to Maho-chan. Still, I think they need to make a song for Sunset Stage. 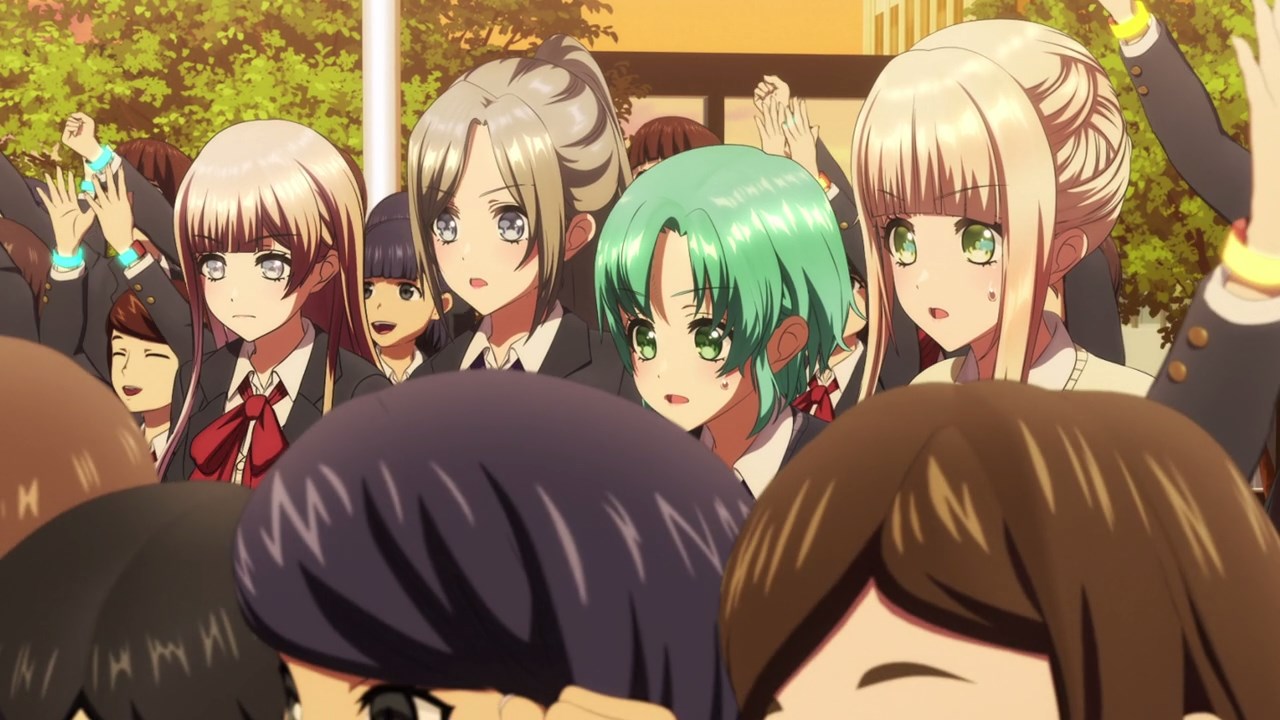 Anyways, the Yoba Festival has finally arrived as students are very eager to watch the best DJ unit compete in Sunset Stage.

Oh yeah, here’s Photon Maiden where Saki Izumo and her mates are watching the competition. Sucks that they didn’t qualify in the tournament. 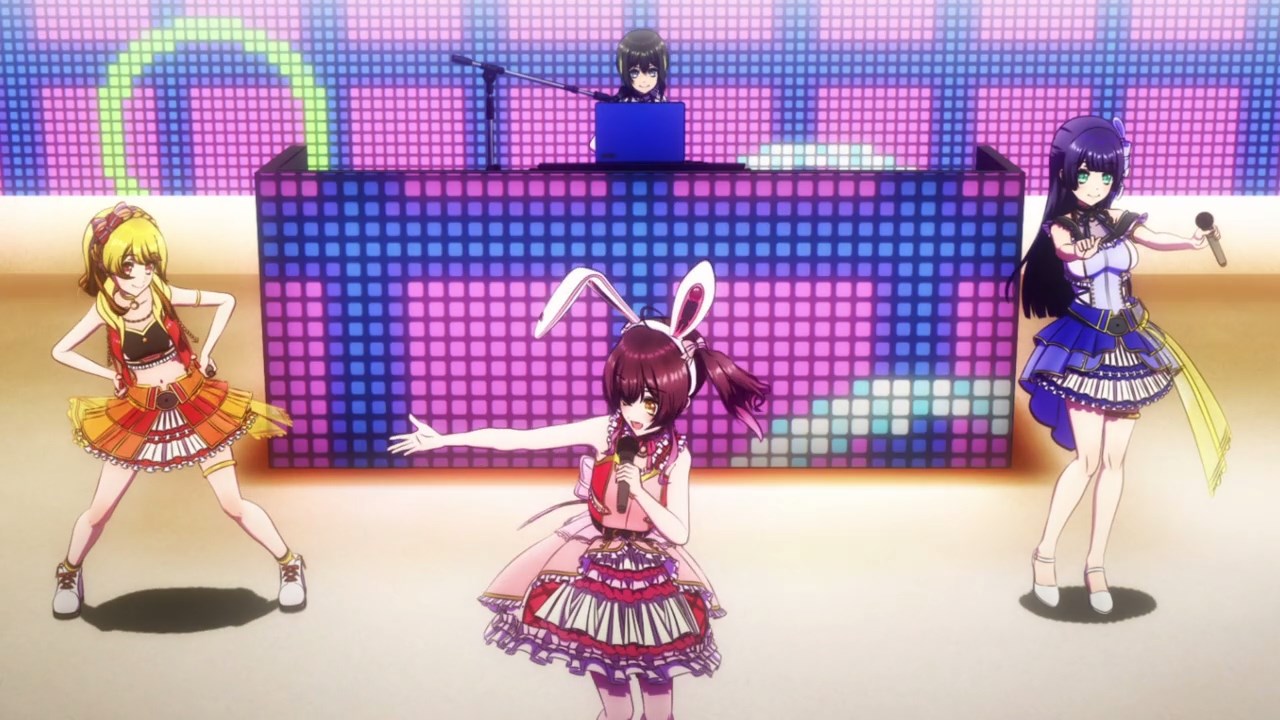 But let’s start with Happy Around where they perform “HONEST -happy a word-“. I have to say that Rinku and Muni-chan improved a lot when it comes to rapping, but what about Peaky P-key? 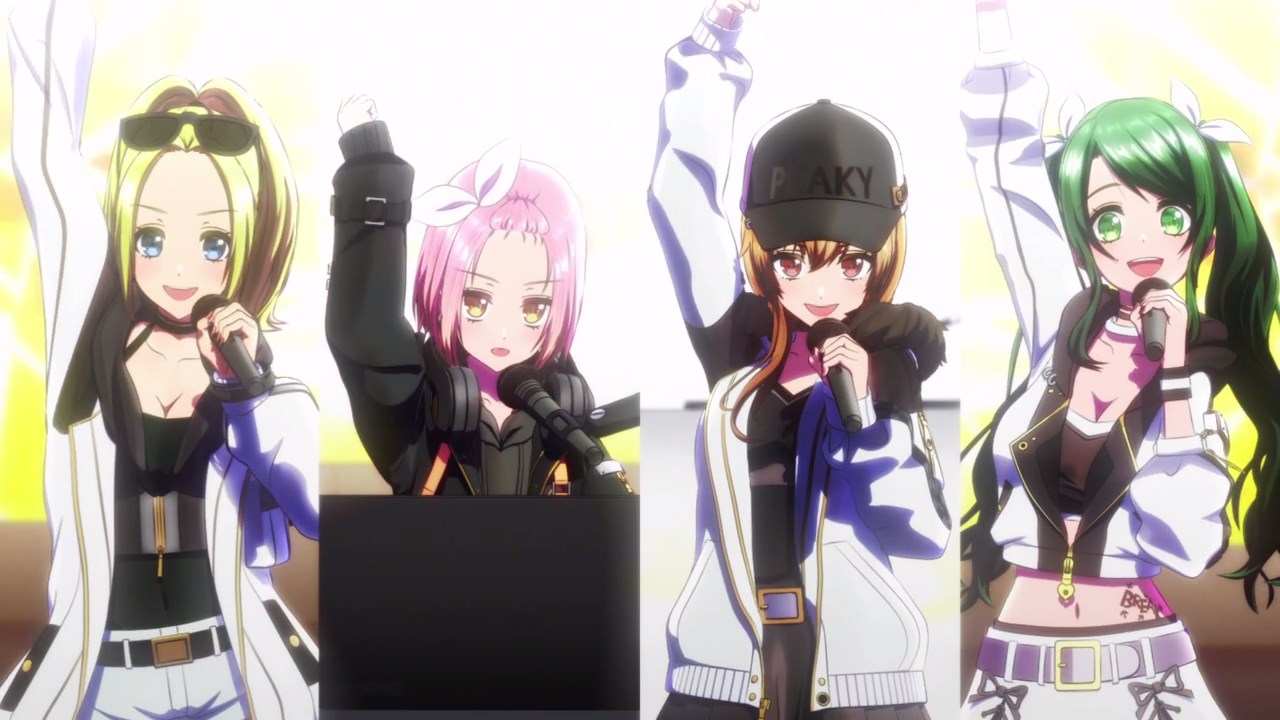 Well, they performed “ABSOLUTE” where it’s one hell of a banger. Looks like Kyouko and Shinobu managed to create the hypest song in the tournament.

While both DJ units pulled all the stops on the first round, I have to say that Peaky P-key proved to be the better DJ unit than Happy Around as they won the Sunset Stage. 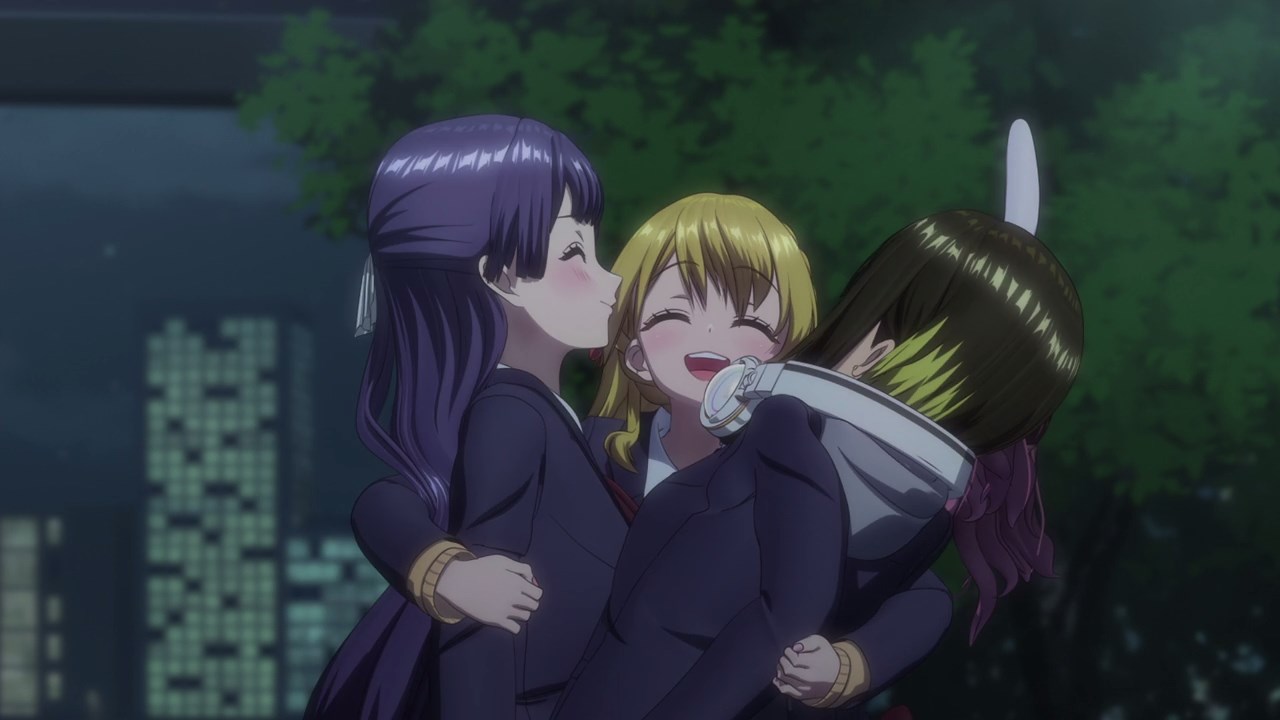 Of course, Rinku Aimoto is satisfied that Happy Around got so far as qualifying at the tournament. I hope that she and her friends will get better on the next Sunset Stage. 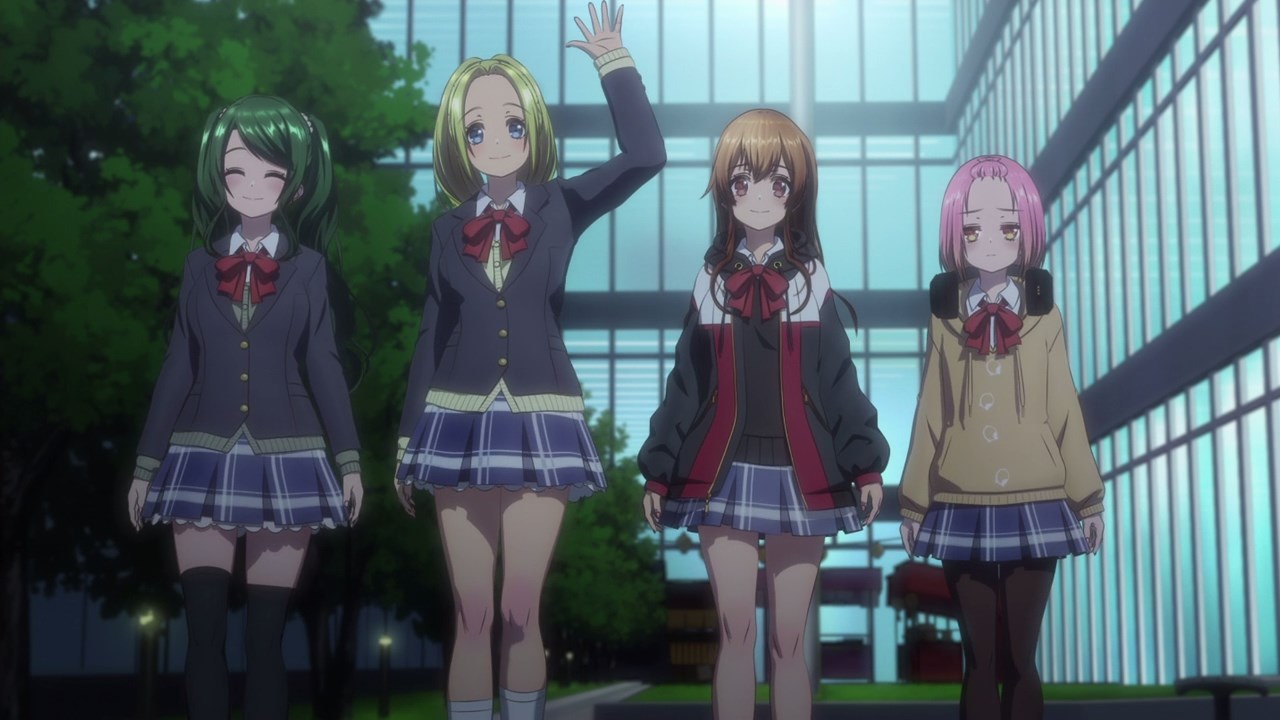 Meanwhile, here’s Peaky P-key where they invited Happy Around for the after-party. Of course, both DJ units are not the only one who are joining the party. 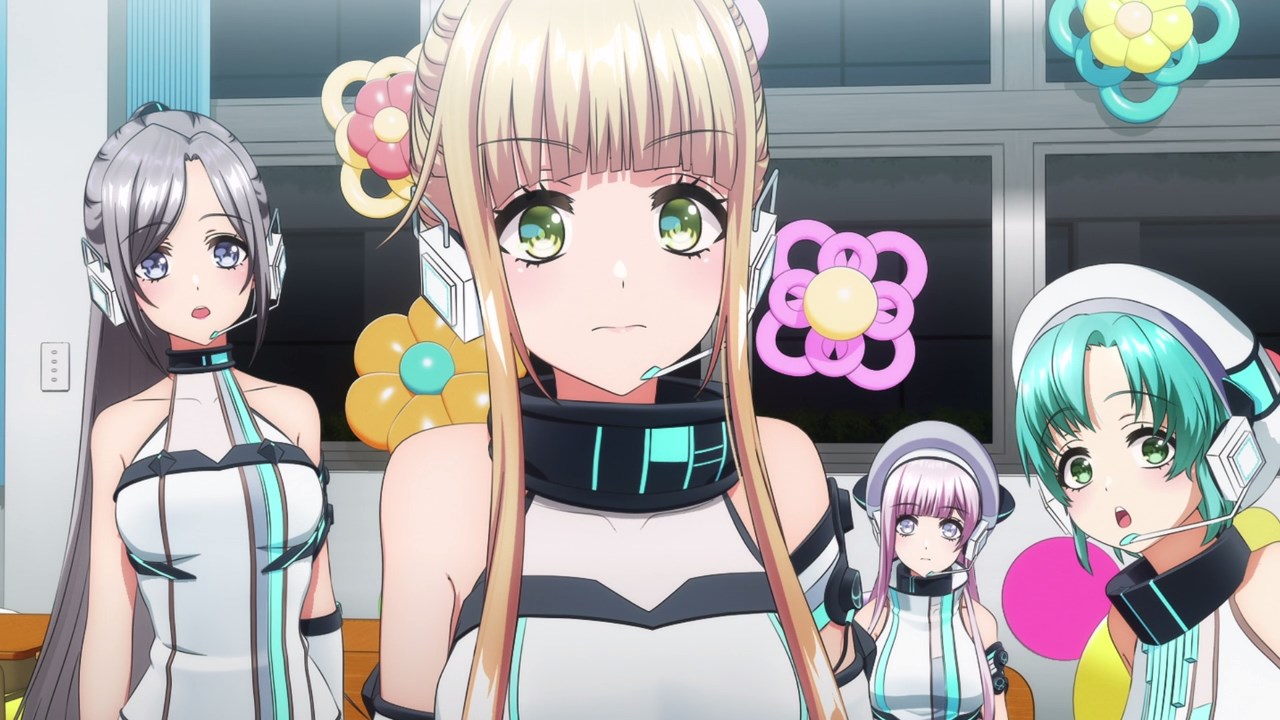 There’s also Photon Maiden where they got invited as well. Heck, even Towa Hanamaki is surprised that Peaky P-key and Happy Around are in the house. 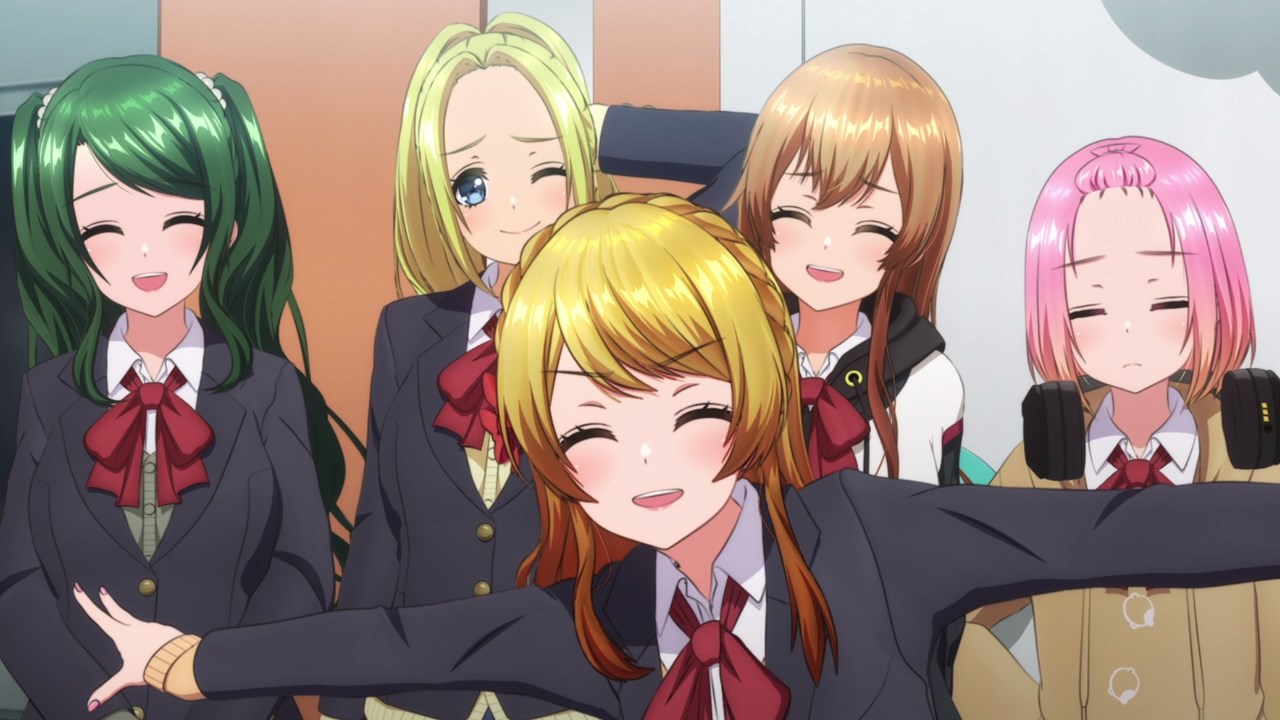 Anyways, looks like this after-party is gonna be merrier but how are they gonna celebrate it? I mean, it’s not like they’re gonna eat and drink all night. 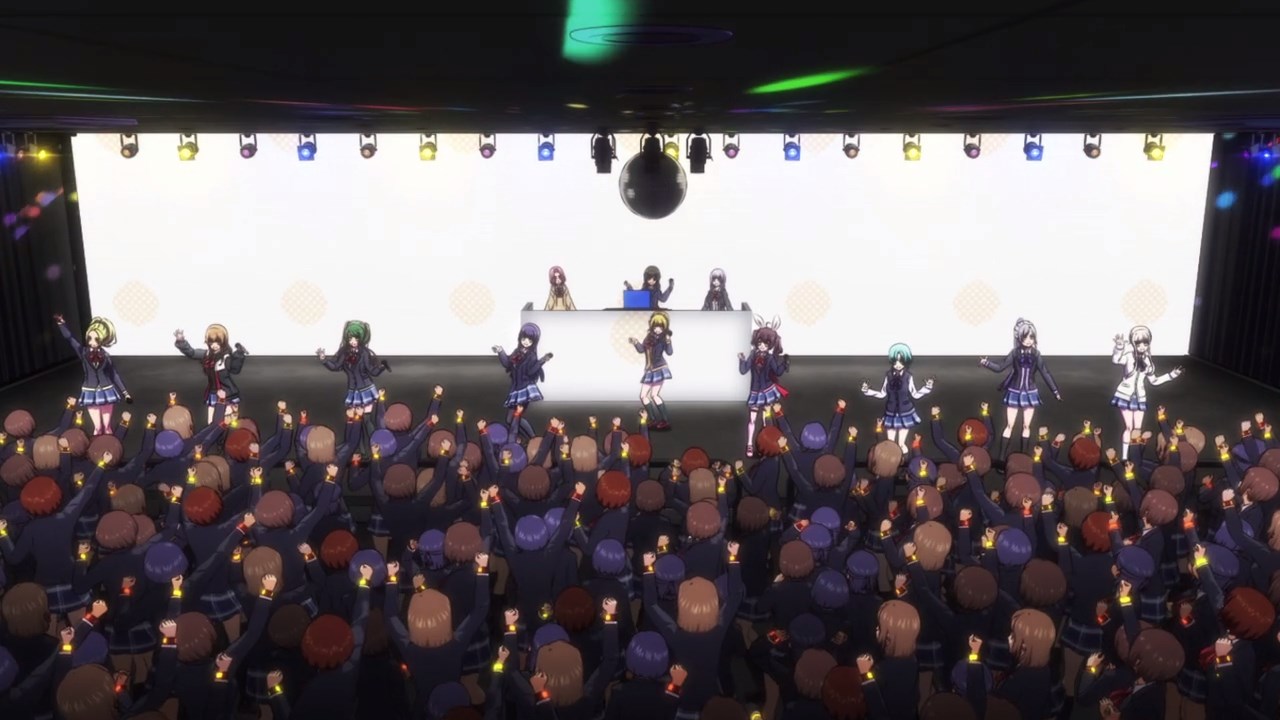 Anyways, despite having this show being made using CGI, D4DJ First Mix was an enjoyable show where it introduced viewers into the world of DJ. While Peaky P-key and Photon Maiden are amazing, I’m impressed on Happy Around’s progress that I wish Rinku Aimoto and her friends should go further.

On the other hand, I feel that the likes of Shano Himegami and Airi Amano needs some exploration, especially when they decided to go on their separate ways. Then again, I feel that Shano and Airi’s story will be explored in the upcoming D4DJ Groovy Mix mobile game. 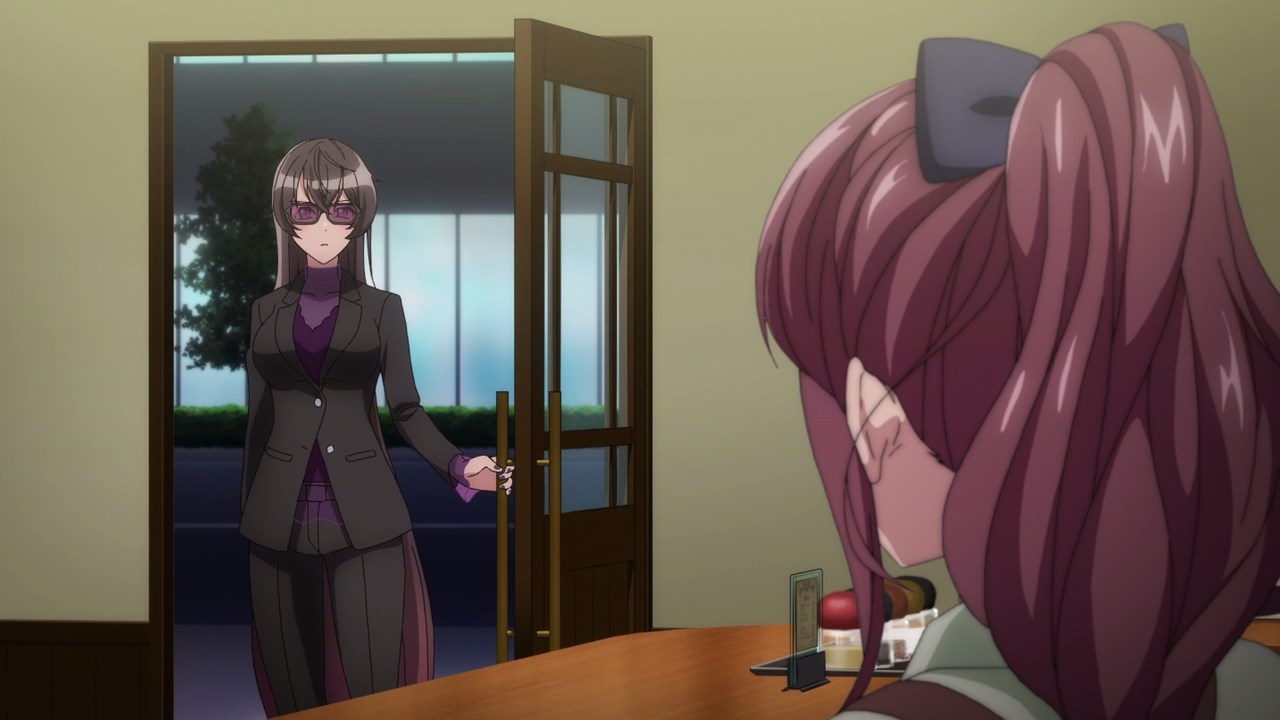 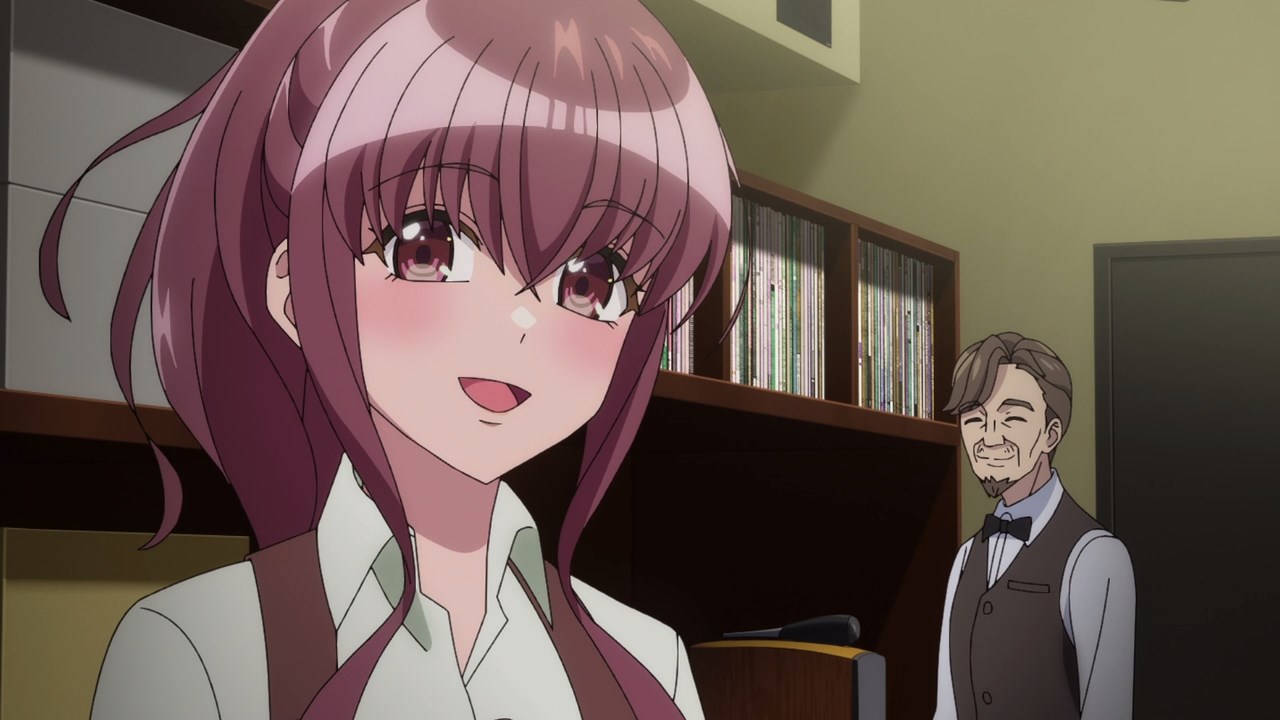 But speaking of Shano Himegami, looks like she paid a visit to her dear friend. I wish Shano and Airi will perform again but they’re too busy with various things.

One more thing, I forgot to tell you that the owner of Cafe Vinyl, Ryujin Kofune, is actually a former DJ. Okay, I wonder if Ryujin Kofune performed on that day together with Himegami and Amano? 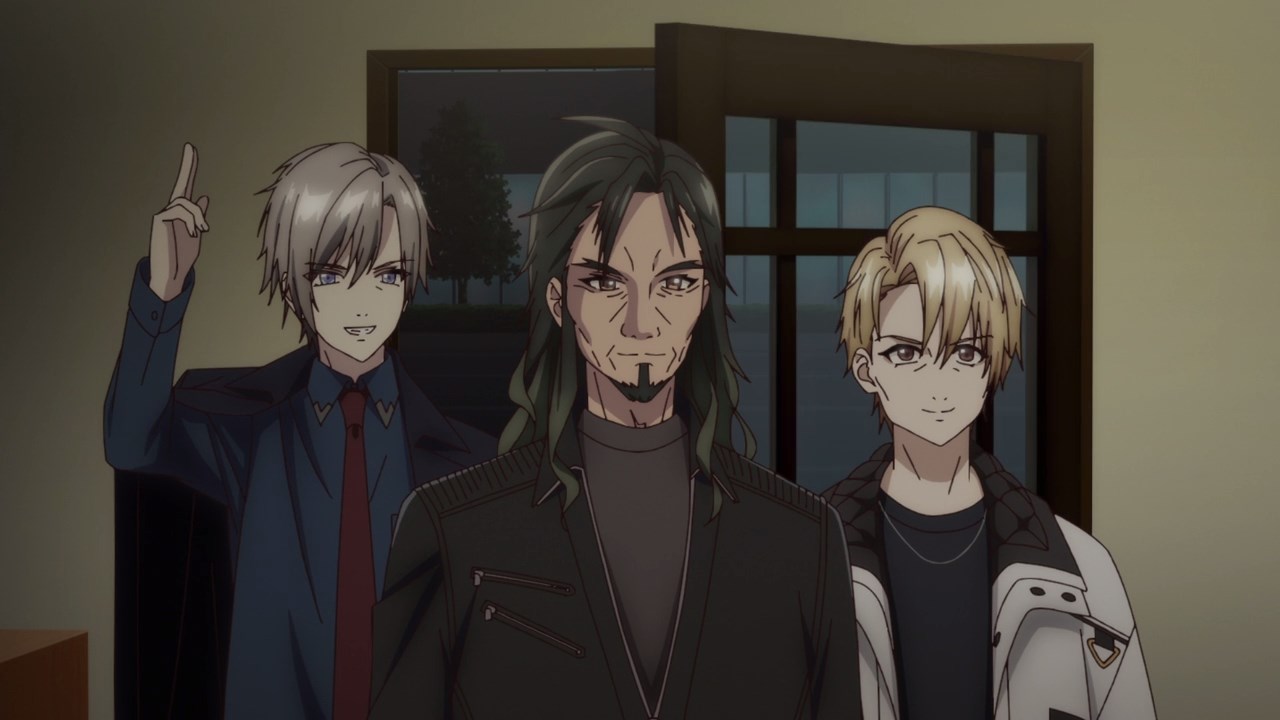 Speaking of Kofune, looks like his buddies are here to visit him. You know something, I think Bushiroad should make a male-oriented spin-off in the future, although I want D4DJ to have a sequel first. 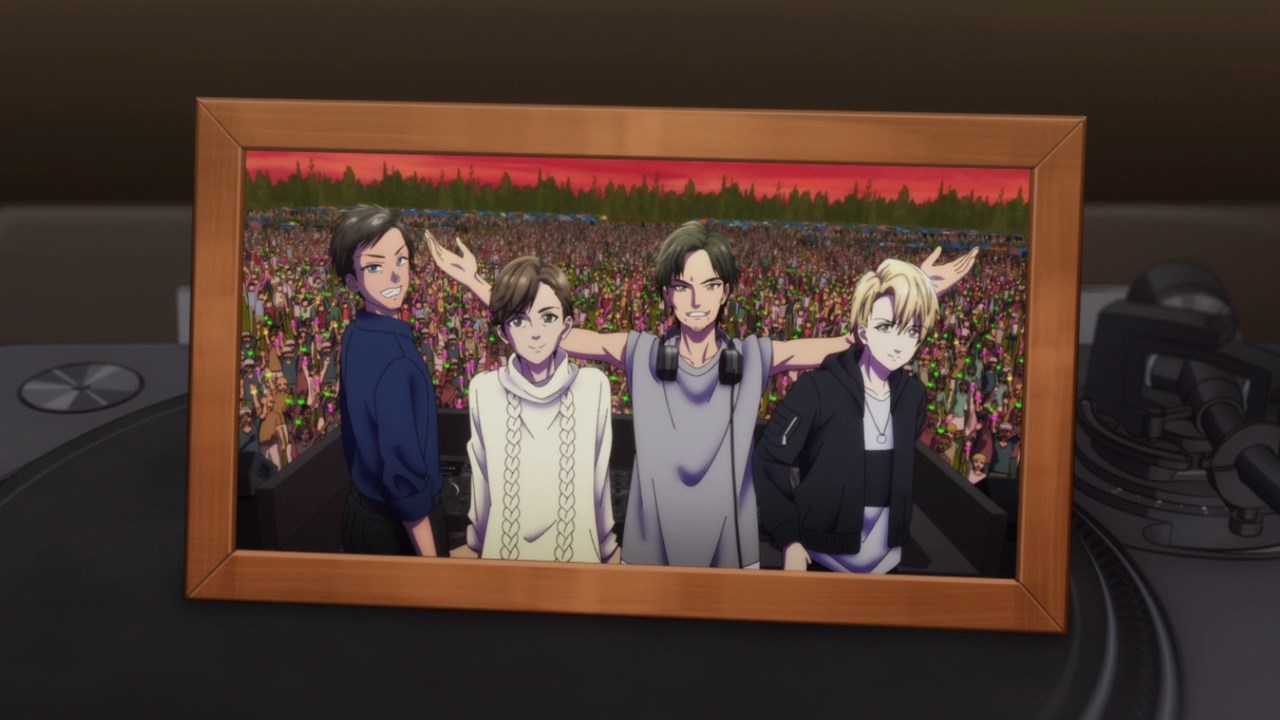 And seriously though, Ryujin Kofune looked cool when he’s a young DJ performing with his buddies. Anyways, that’s about it for D4DJ First Mix and I hope that I’ll see Rinku Aimoto and her friends someday.